The puzzle-like universe of Marvel is filled with otherworldly superheroes, adventures, and unique timelines is but a few reasons to fall in love with the cinematic cosmos. With a plethora of Marvel movies hitting the screens this year alone, we’ve rounded up stories that would fit right along with the likes of Thor, Thanos and Spiderman. 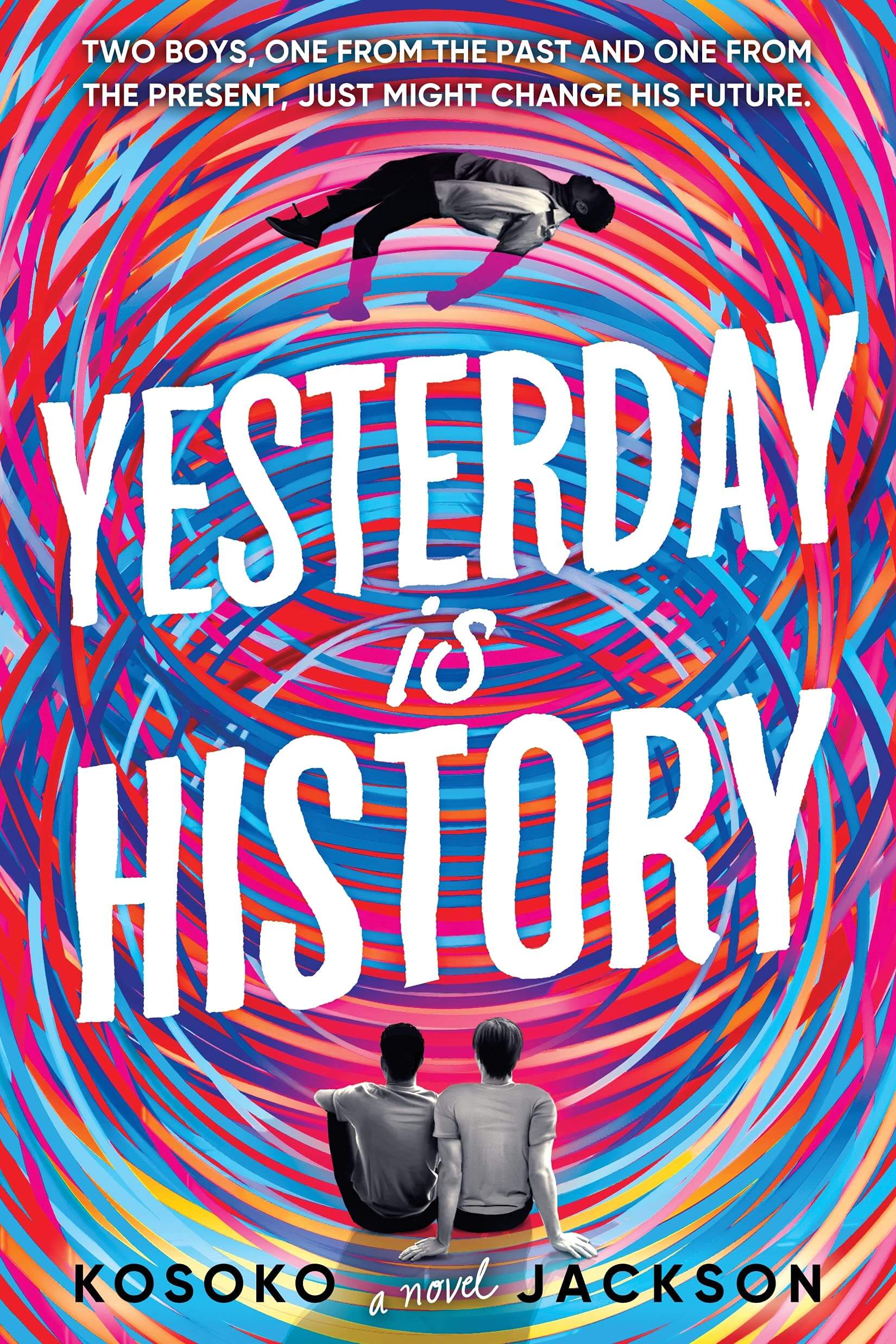 Yesterday Is History by Kosoko Jackson

Who passes out and wakes up in 1969? Andre does. It’s not something he expected after receiving a liver transplant, but his life isn’t exactly known for going according to plan. His new time travel ability, a gift from his new organ, also comes with the family that gave it to him. Now Andre is learning from Blake, who he’s attracted to, but is still dealing with the grief of losing his brother. In the past, he meets and connects with Michael, someone he learns to be everything he ever wanted. Yet through his multiple time jumps from boy to boy, Andre will have to decide before time catches up with him, and he’s stuck in a future without either one. Like the superhero Flash, Andre will have to learn about the consequences of time, whether he likes it or not. 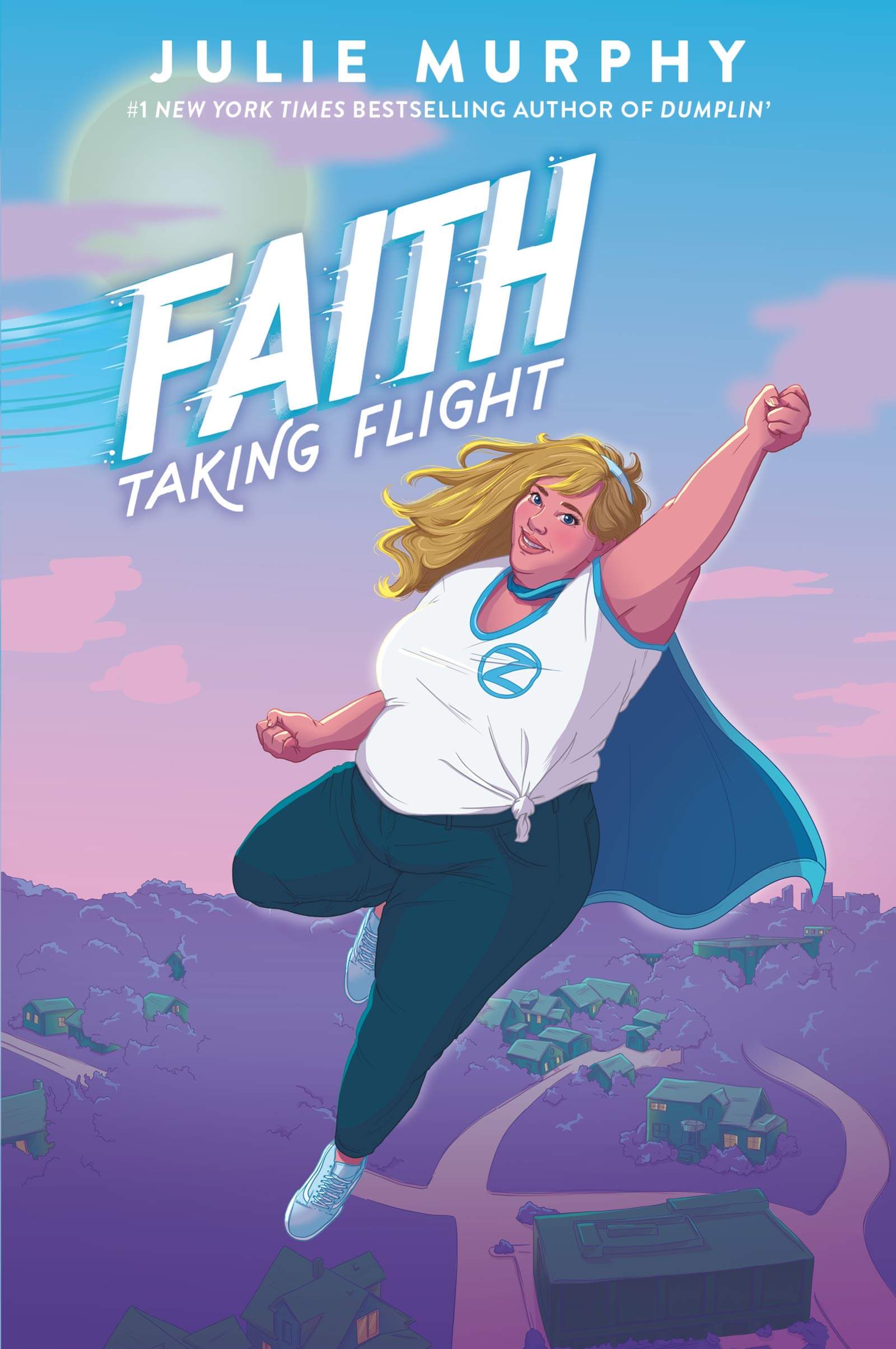 Initially, Faith Herbert thought she was like any other teenager. After school, she could be found hanging out with Matt and Ches, her two best friends, trying to sort out her feelings for Johnny, her kind-of crush, or obsessing over her favorite teen drama The Grove. Except she’s far from ordinary: she has superpowers offered to her from a mysterious stranger she meets over the summer. Now, with moments of her learning to master flying, and the show she’s obsessed with coming to her town, Faith has to regain focus—because people and animals are starting to disappear. This tale might remind you of a certain female captain who unusually acquired powers, but who’s willing to step in and save the day. 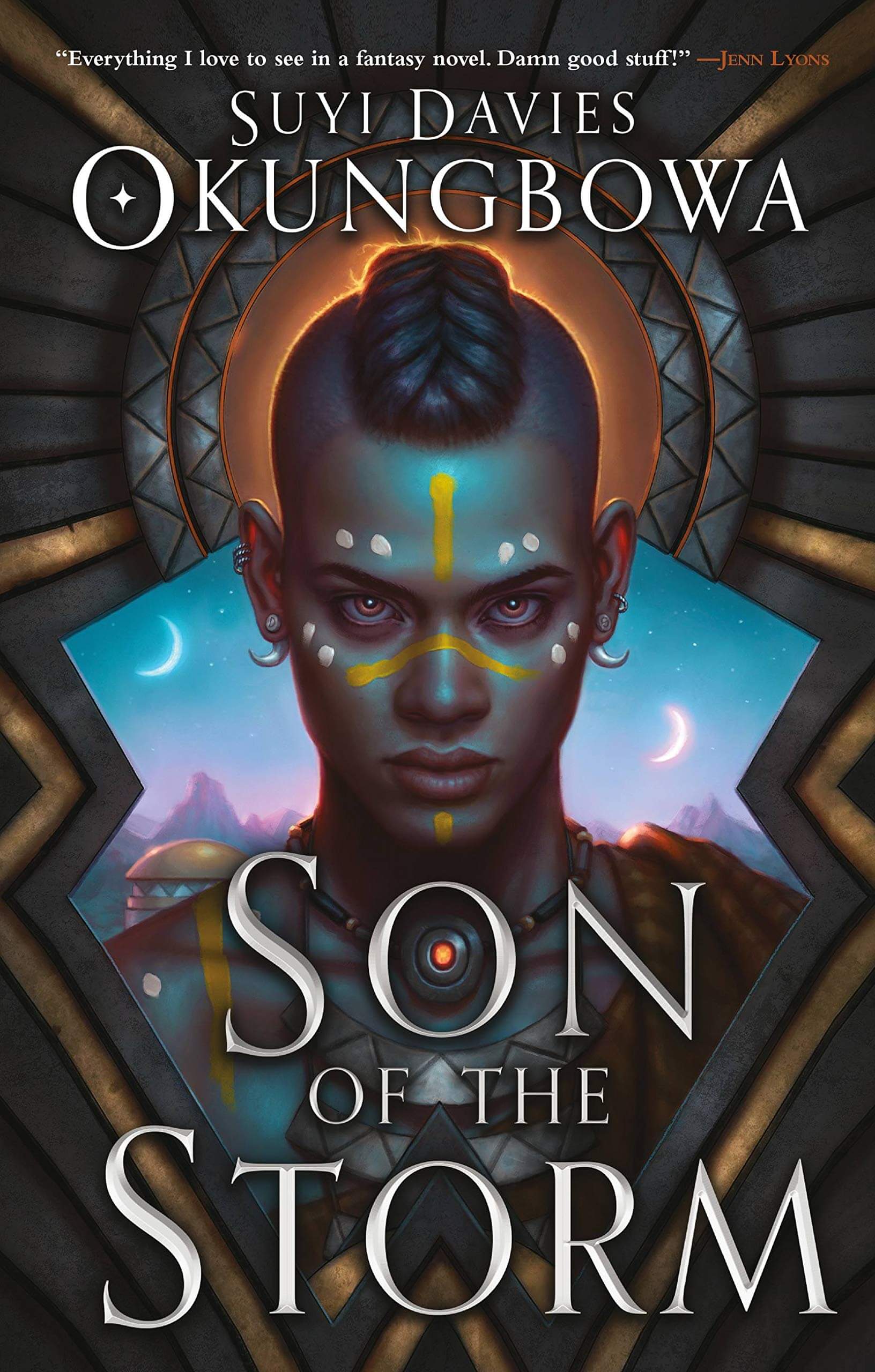 Son of the Storm by Suyi Davies Okungbowa

Danso, a clever scholar, would prefer to chase the forbidden stories that are told about the outside world. Inside the city of Bassa, a reimagined Africa, the immigrants of the city have sworn to never speak of it. Yet Danso can’t help himself, and soon he’ll meet a magical warrior, one with powers that aren’t allowed in the city. This discovery will set him on a trajectory of possible destruction, because what he learns could lead to the end of his empire. 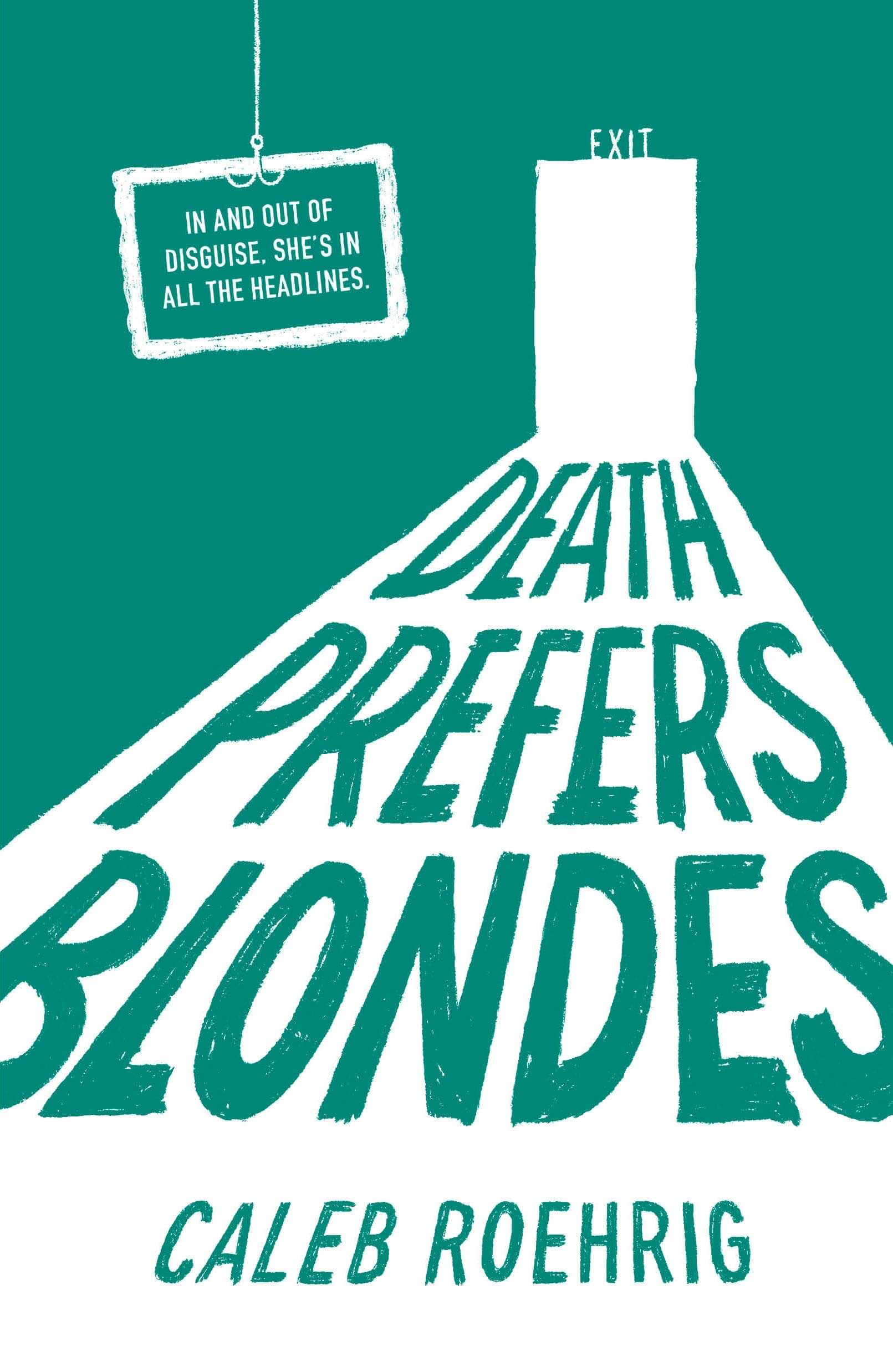 The fun-loving, action-packed nature of the Guardians of the Galaxy inspires this story of Margo Manning. During the day, Margo is a teen socialite, but at night she delves into the high-stakes of cat burglaries with a crew of young, flamboyant men. Her latest job just landed the team in a sticky situation. Soon everything she knows is at risk, forcing them to use every skill in their arsenal to make it out alive. 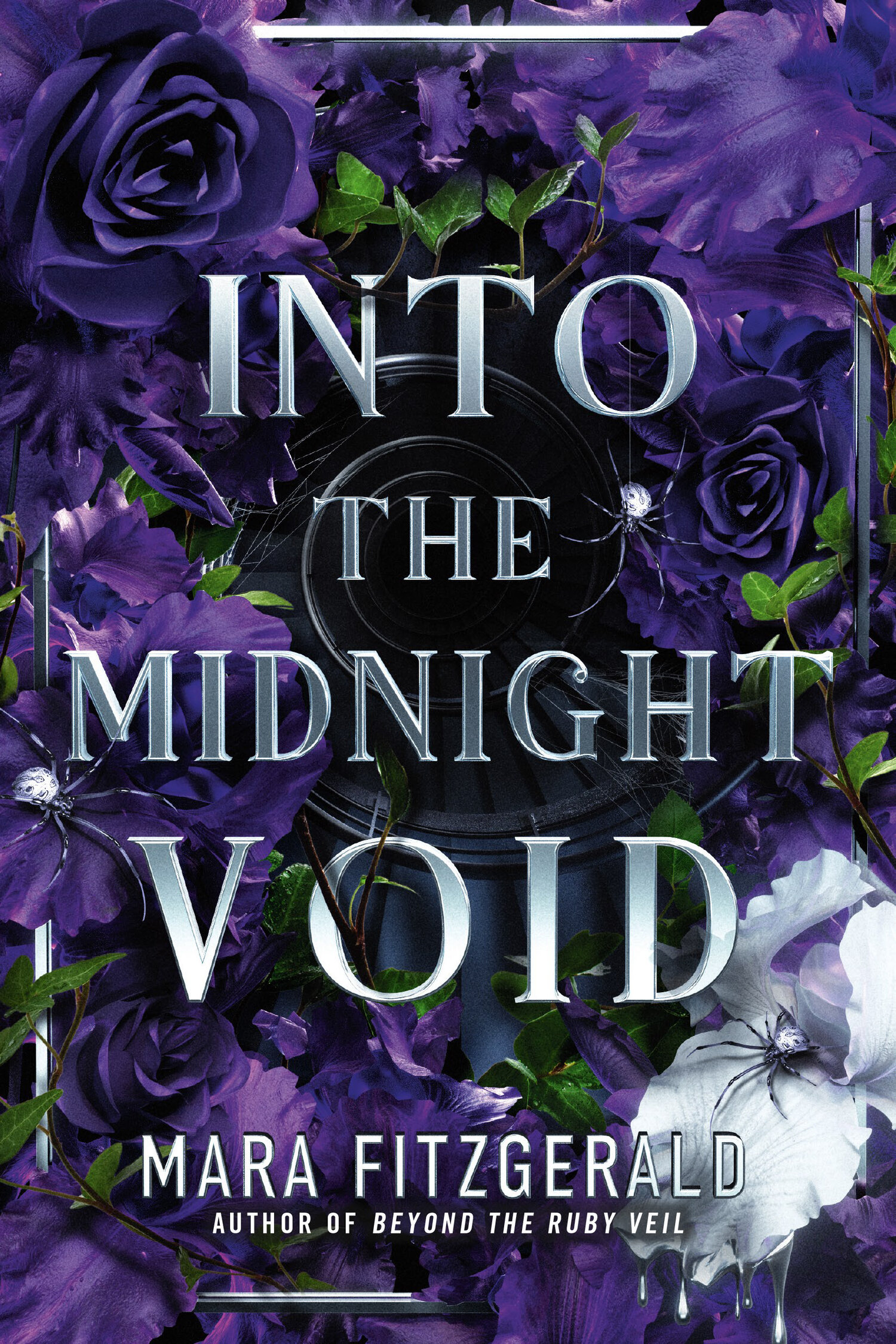 Into the Midnight Void by Mara Fitzgerald

Emanuela Ragno has escaped her catacomb prison, and now she’s the ruler of all Occhia, where she allows her citizens to live peacefully, except for the ones who bad mouth their queen. No citizen will have to give up their lives once they see a sign of an omen, as long as they stay in line with her reign. But the magic keeping everyone in check is not only cracking, it’s starting to show. Looking for a resolution, Emanuela calls on the worst enemy Verene, and once the two learn about otherworldly threats outside of their realm, she’ll stop at nothing to be the only queen standing. This anti-heroine tale brings about the mischievous adventures of Loki with the powers of the Scarlet Witch. 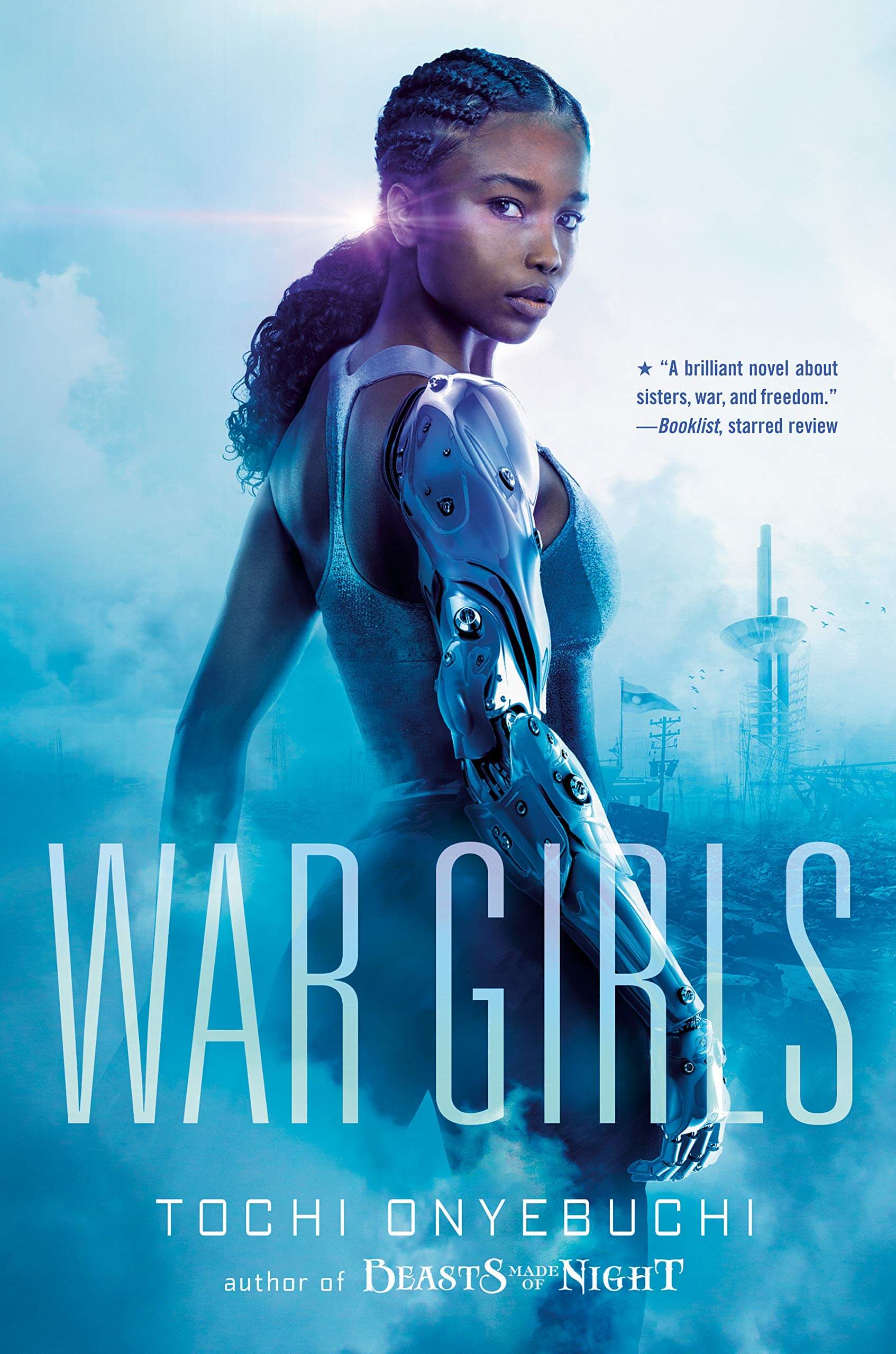 In 2171, in a futuristic, Black Panther-inspired Nigeria, two sisters, Onyii and Ify, hope to do more than just survive the ever-changing climate and nuclear disasters. While many have escaped to the space colonies, the rest live and fight in a never-ending civil war. The violence and political unrest have kept them down for long—but it no longer will as Onyii and Ify battle for a better future. 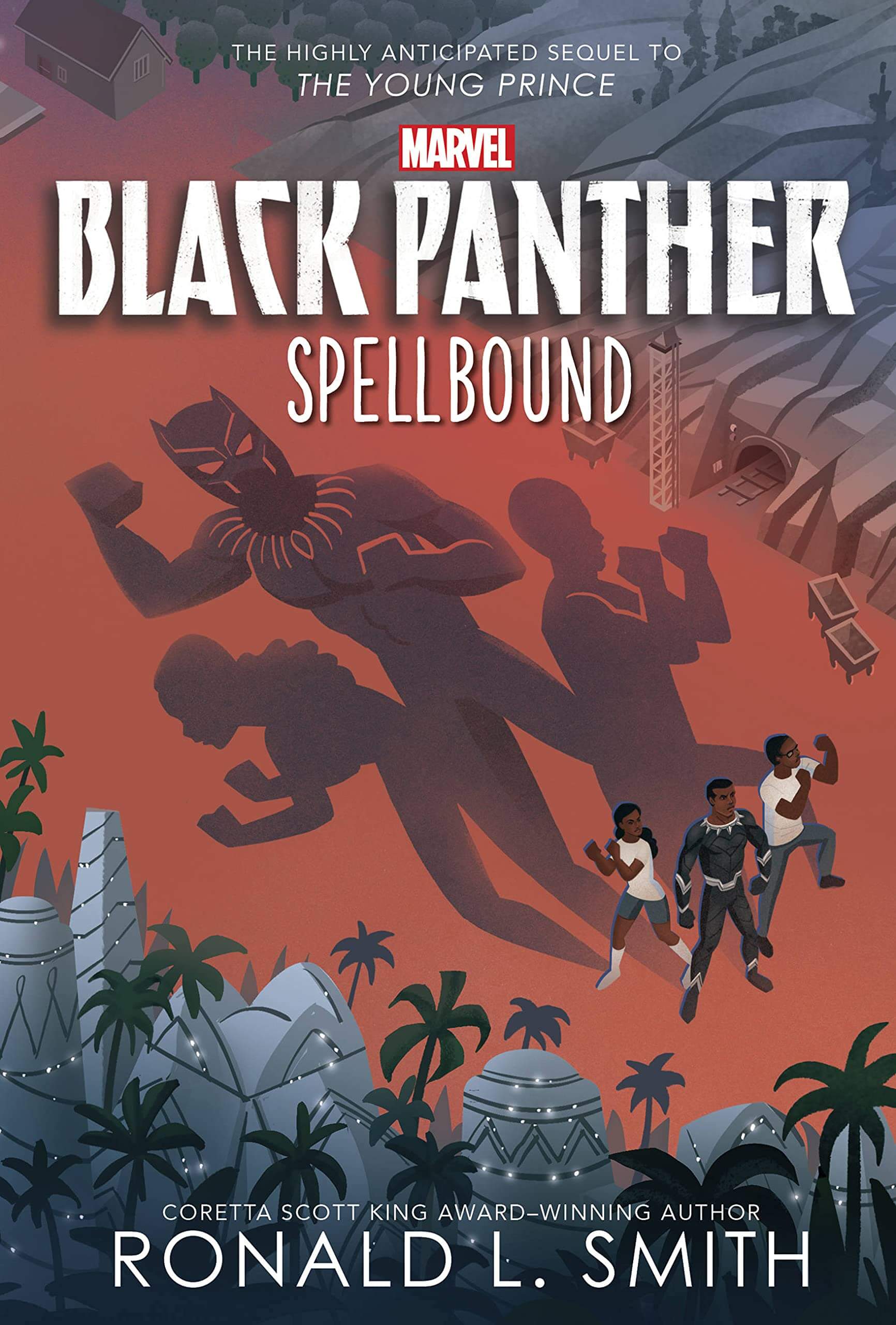 Part 2 of the young Black Panther’s journey finds Prince T’Challa heading back to America. He’s meant to visit Sheila and Zeke and have a light-hearted summer. Only things take a turn when the small town falls prey to a charismatic politician named Achebe. The politician’s mission is to retrieve and use a dark magical spell book, for reasons T’Challa must uncover before too many more unusual things happen to the town. 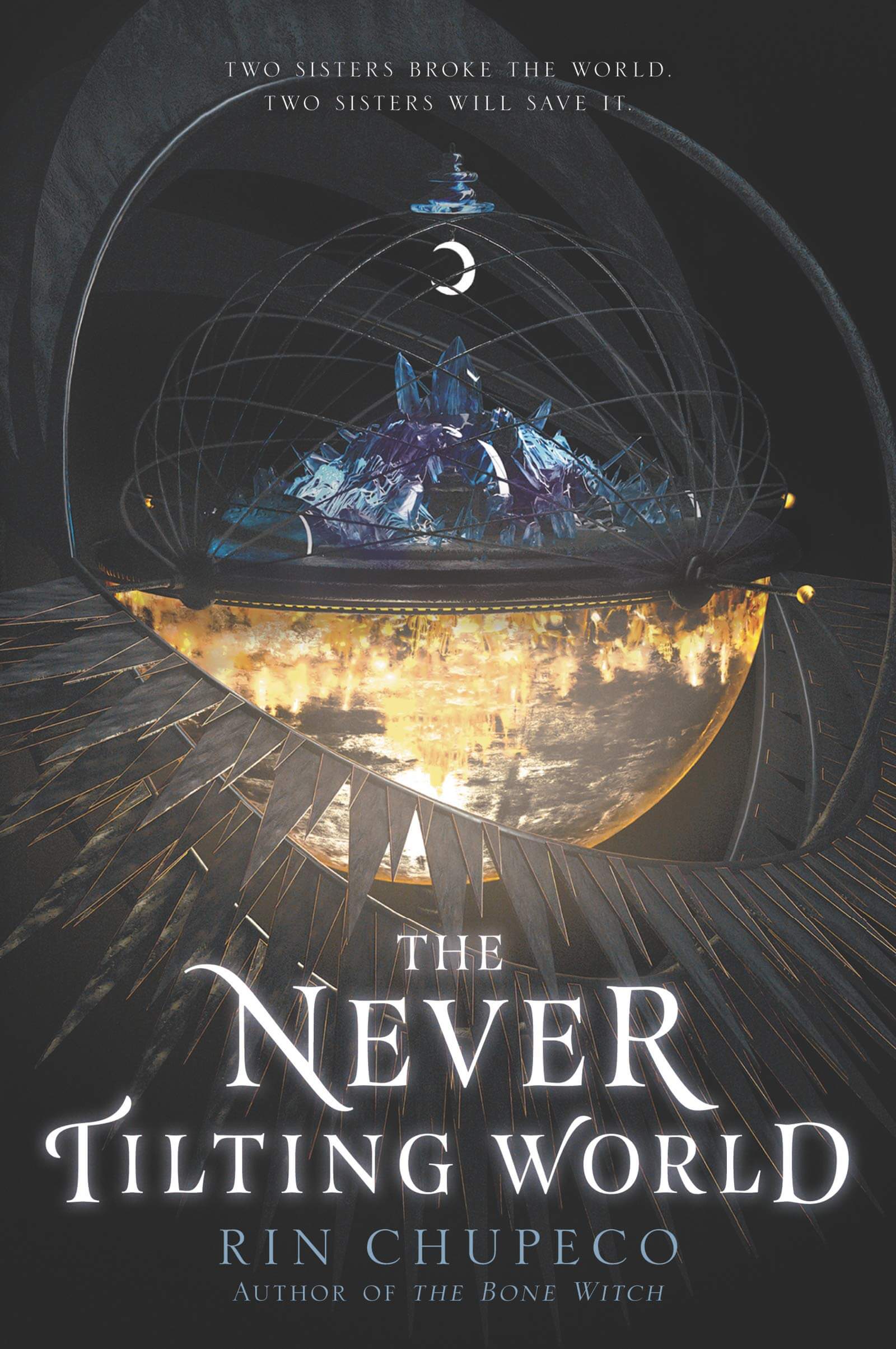 Odessa, a young chronically ill lesbian goddess, and Haidee, a free-spirited mechanic, live on lands split seventeen years ago. For generations, twin goddesses have ruled the planet Aeon. Haidee’s mother rules the Golden City, scorched in unrelenting sun, while Odessa’s mother rules the frozen city, Aranth. The two, called to the site of the Breaking, journey separately across dangerous wastelands in order to heal their broken lands. 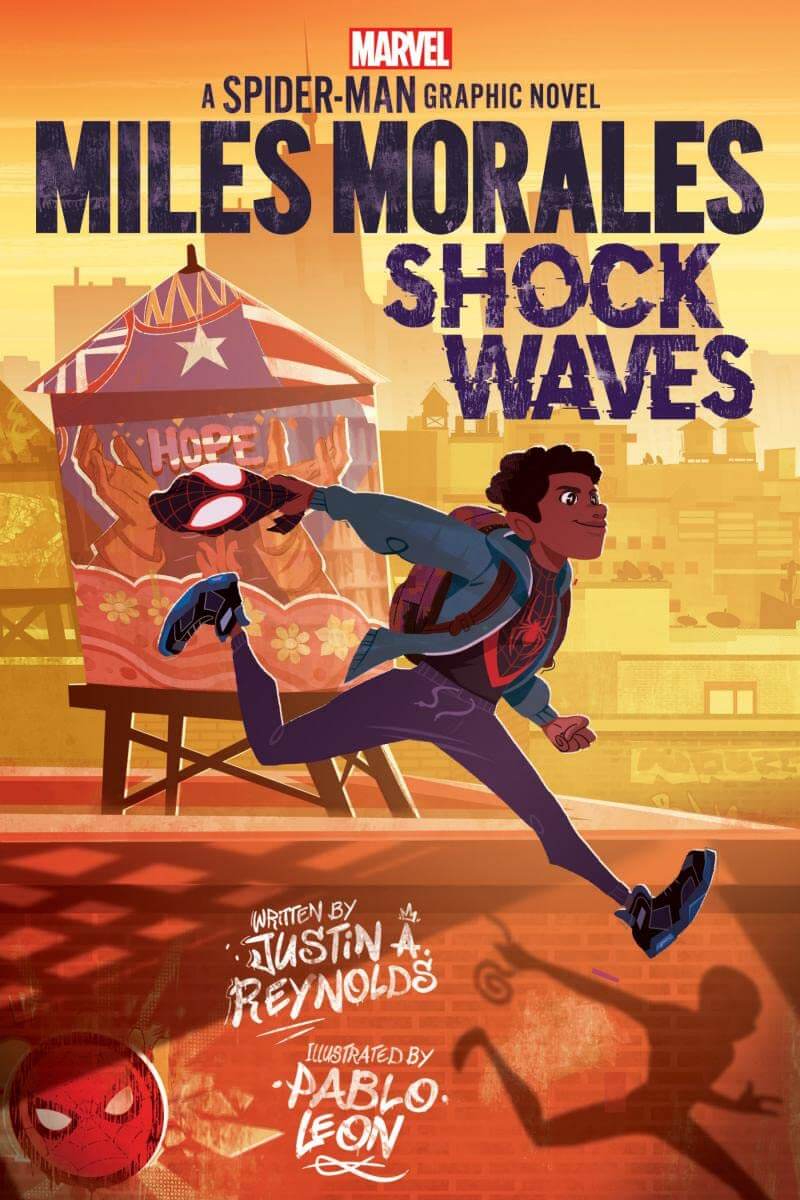 Miles Morales isn’t just a normal kid living in Brooklyn—he’s also Spider-Man. When a disastrous earthquake strikes Puerto Rico, Miles sets up a fundraiser to assist. Soon after a student at Brooklyn Visions Academy goes missing, Miles begins to make connections that lead him to investigate and uncover how the major corporations sponsoring his fundraiser could also also be responsible for kidnapping students in his neighborhood. 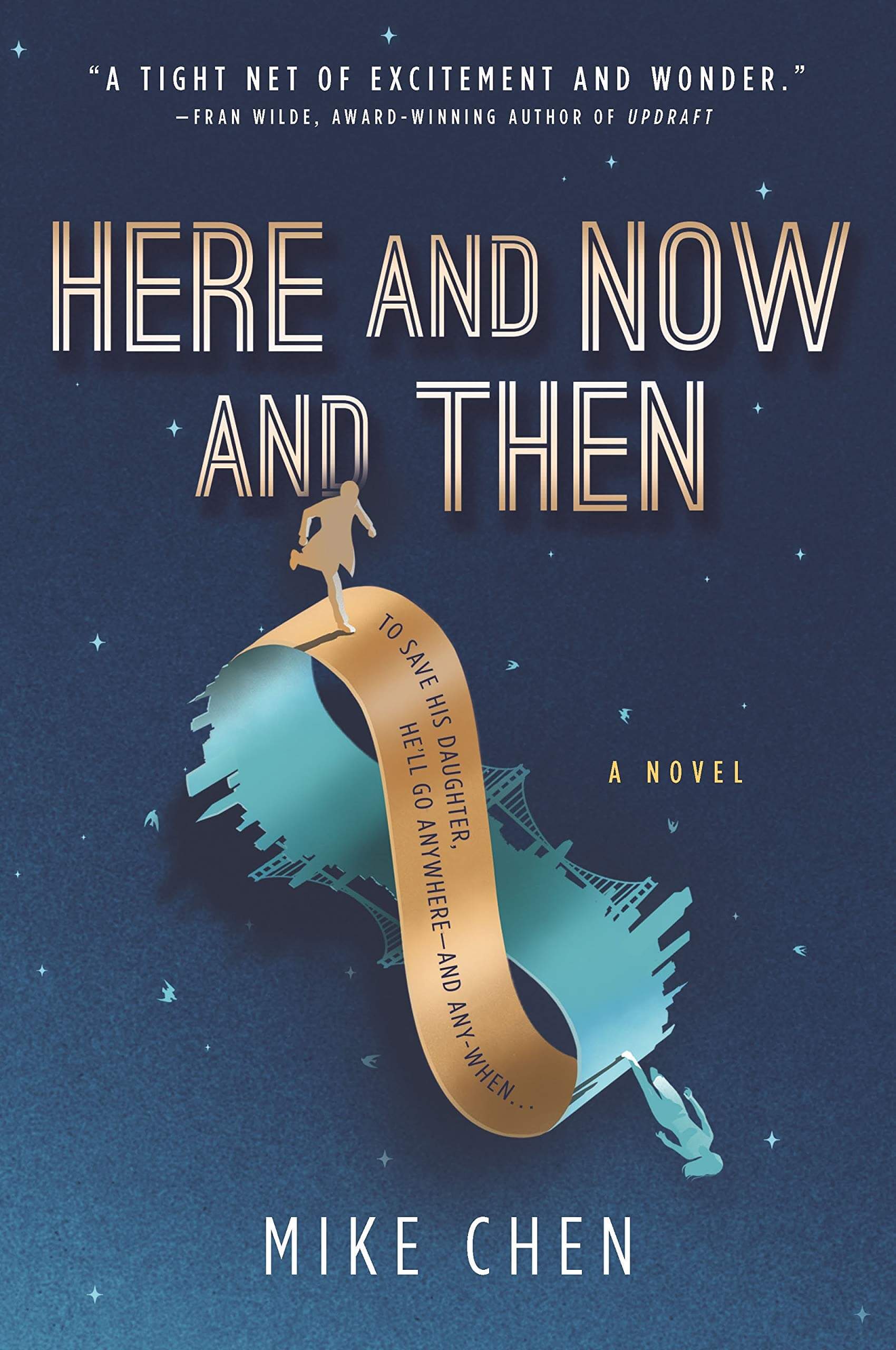 Here and Now and Then by Mike Chen

Kin Stewart is a time-traveling secret agent from 2142. He’s currently stuck in San Francisco in the 1990s with a wife and a teenage daughter named Miranda. No one knows he’s from the future until one day, a rescue team discovers he’s missing and comes to take him back. What might have been only weeks from his departure in 2142 was 18 years living in the ’90s. Now he’s torn between following the rules of the future, and trying to hold onto his daughter from the past.