Midnight Sun is finally here, and if you’re like the rest of us, you’ve already wrapped your binge-reading. If you’re looking for more books like Twlight, you’re not alone! To prevent that post-book slump, we’ve rounded up this list of books like Twilight that you’ll want to sink your teeth into and read after Midnight Sun. 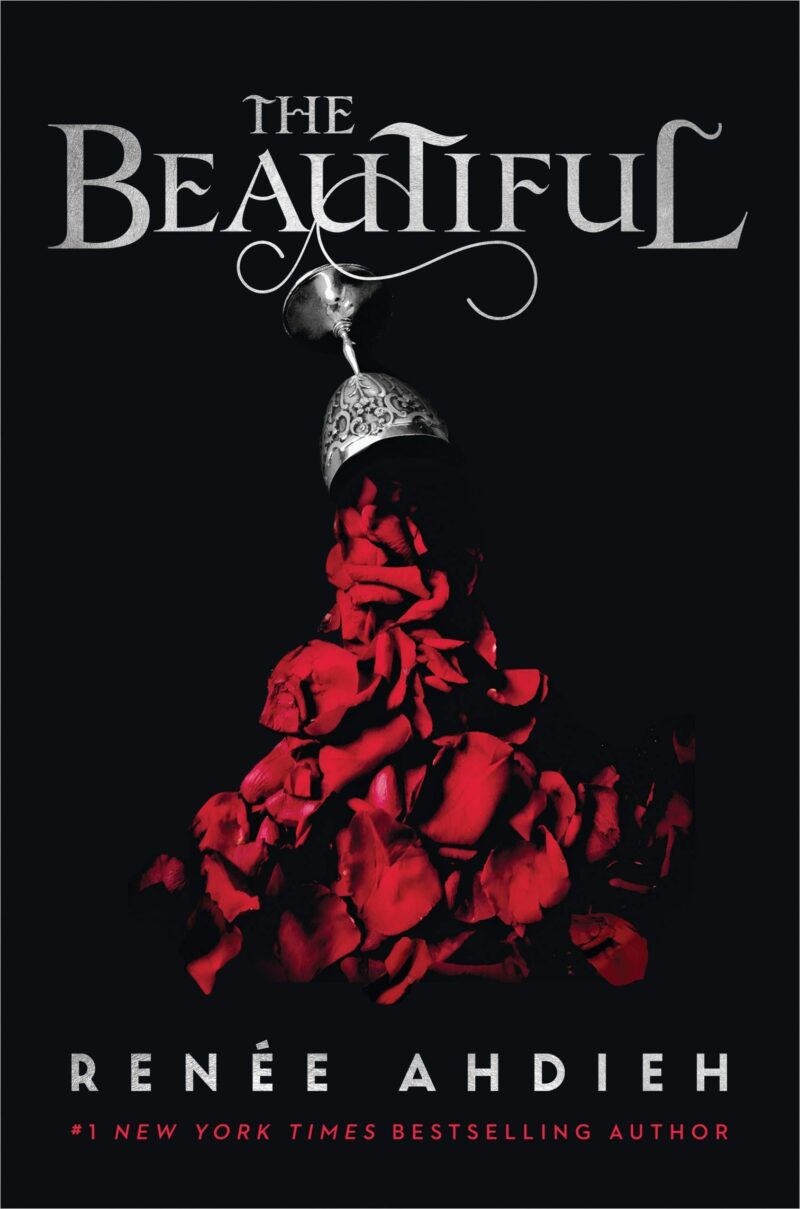 In 19th century New Orleans, vampires roam in plain sight. It’s a city ruled by the dead, but for Celine Rousseau, the dead have nothing on the hell she was surrounded by back in Paris. As Celine becomes fascinated by the city’s glitzy La Cour des Lions, she becomes entangled with Sébastien Saint Germain – a dangerous, yet delectable underworld leader. And a future with him could cost her life. This book is Twilight meets Interview with a Vampire and is a thrilling book to read after Midnight Sun. 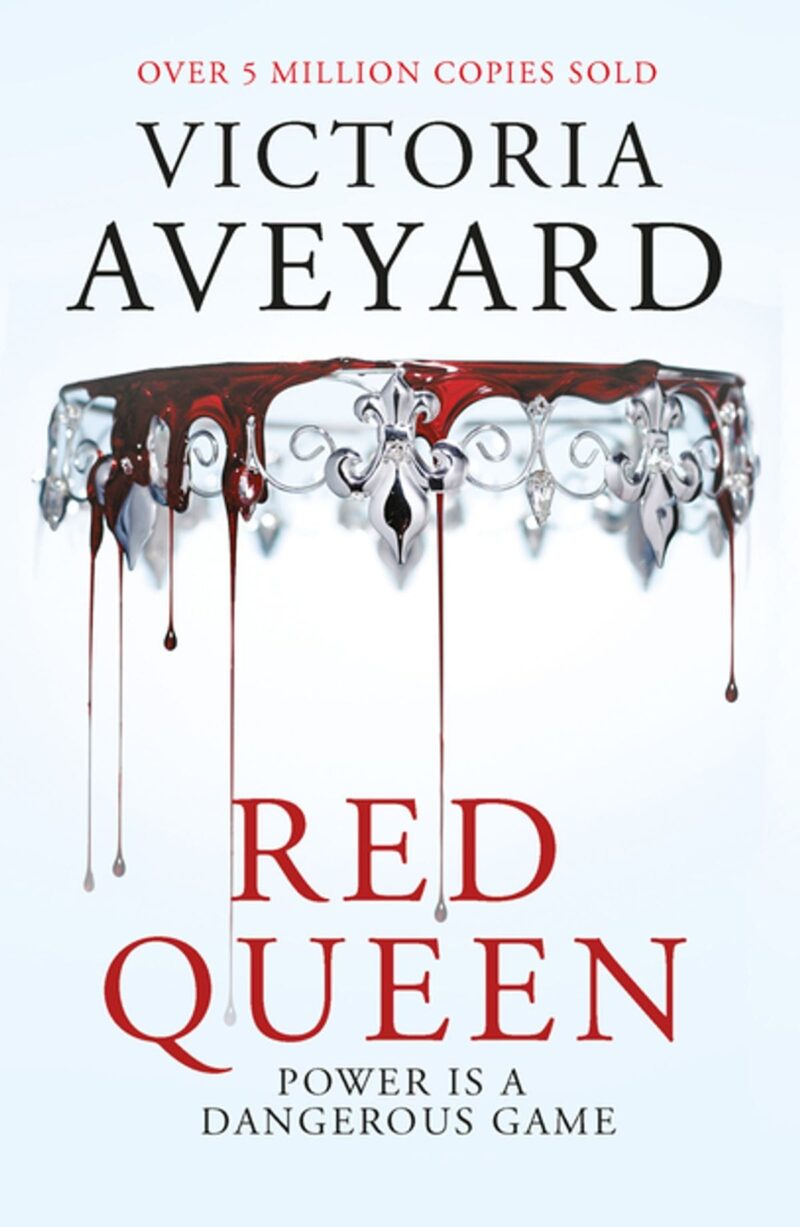 In the first book of this #1 New York Times bestselling series, we meet 17-year old Mare Barrow, whose world is divided by blood types: common red blood like hers, and those with superhuman abilities, the silver blooded. But while she struggles to scape by in life, the tables turn quickly revealing to Mare that her future is less red that she’s always believed.

When you’re looking for a book to read after Midnight Sun, this book is a nail-biter and you’ll find yourself sucked in by chapter one! 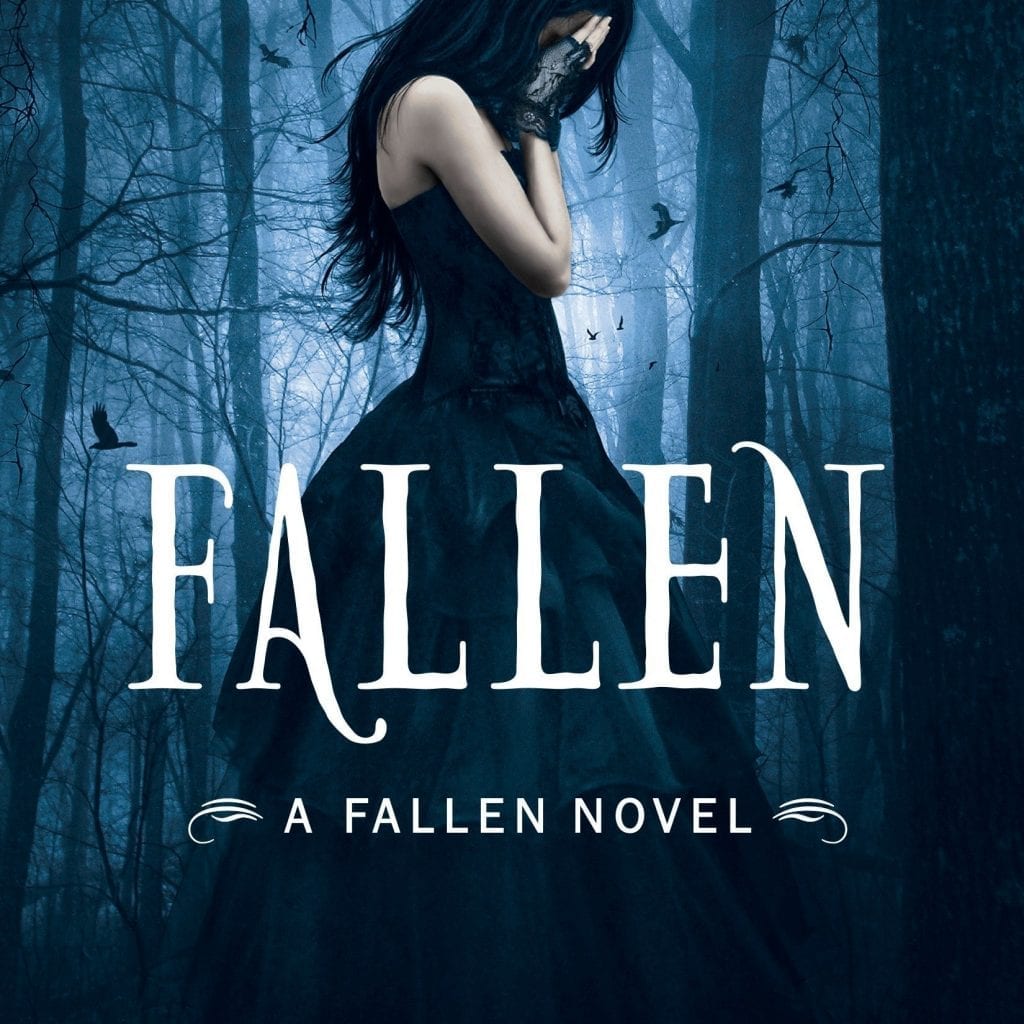 Mysterious Daniel Grigori catches Luce Price’s attention, and she can’t put her finger on the reason why. He avoids her, but she still can’t quench her curiosity. Besides, he’s a great distraction from the typical boarding school dramas. How far will she go to pursue Daniel? She discovers too late that not all is fair… or safe… in love and war.

If you’re looking for Twilight-style twists and turns, look no further. 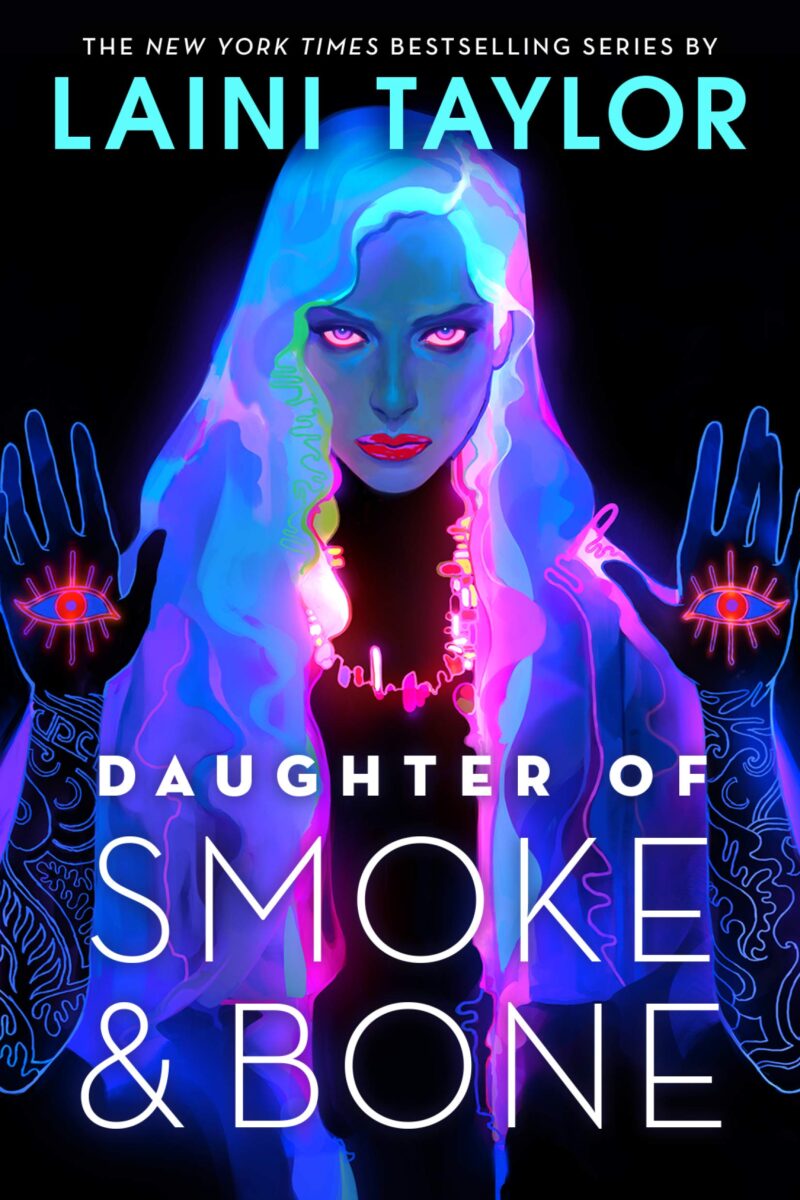 In this New York Times bestselling epic fantasy trilogy black handprints start appearing on doorways, mysteriously scorched there by otherworldly visitors from the sky. The world as we know it is on the brink of a supernatural war, and it seems that nothing can be done to stop it.

Fast-paced and well-constructed, readers will find love, loneliness and desperation at every turn. This is the next series of books to read after Twilight. 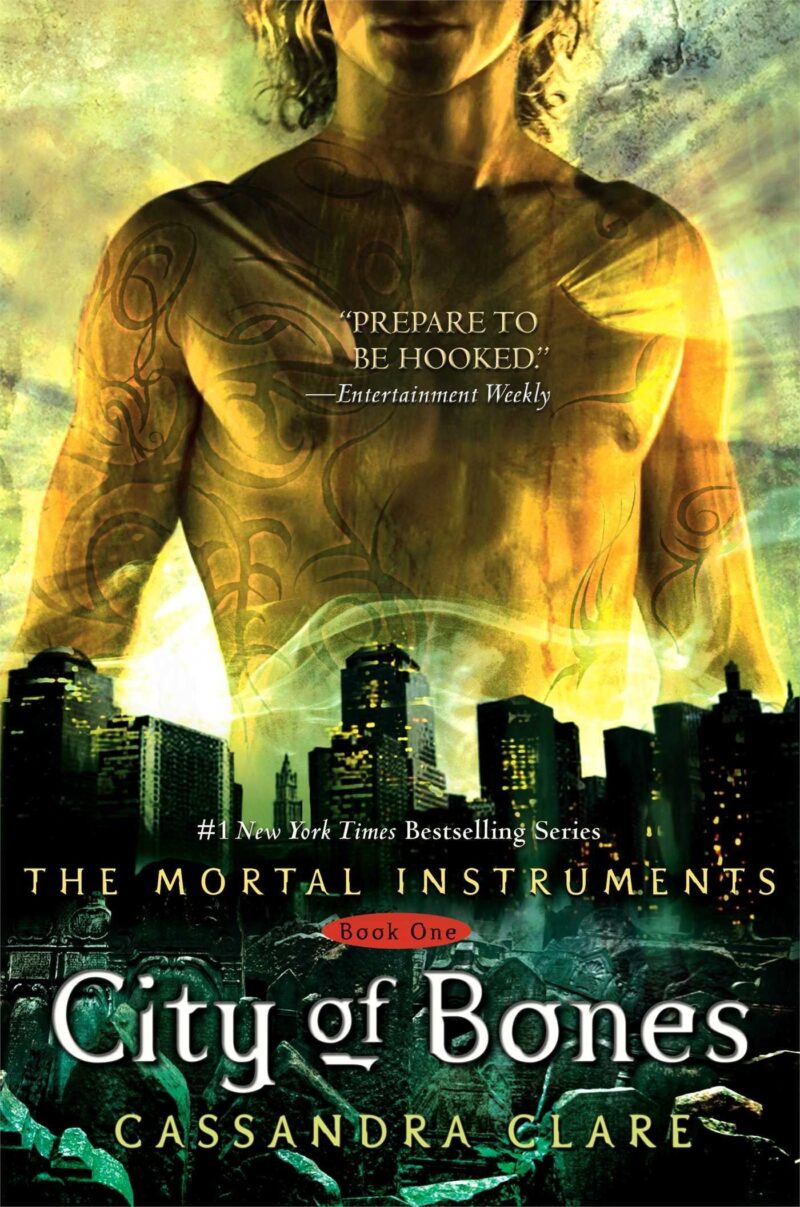 City of Bones by Cassandra Clare

When 15-year old Clary Fray is out on the streets of New York City one night she witnesses a murder. But before she can report it, the body – and the murderers – disappear. It’s not long before Clary is whisked into the mysterious world of Shadowhunters and demons, and before her own powers are discovered.

Prepare to be hooked by this bestselling series! 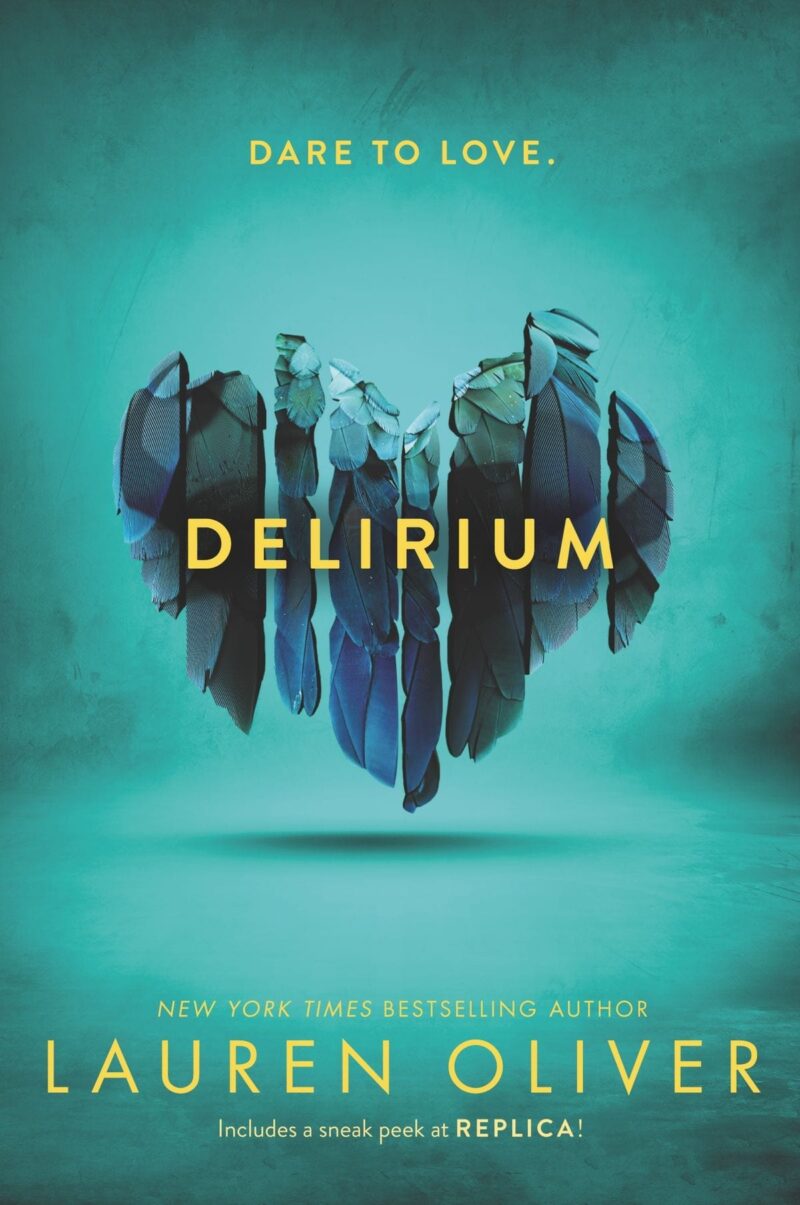 In the first book of this New York Times bestselling trilogy, love has become forbidden – a dangerous disease from which the U.S. government has stepped in to protect against. Once teens reach the age of 18, they’re treated with “the Cure.” Lena Haloway is counting down the days until her treatment when the unthinkable happens and Lena begins feeling the stirrings of love.

Forbidden love is at the center of this gripping series we know you’ll devour after you read Midnight Sun. 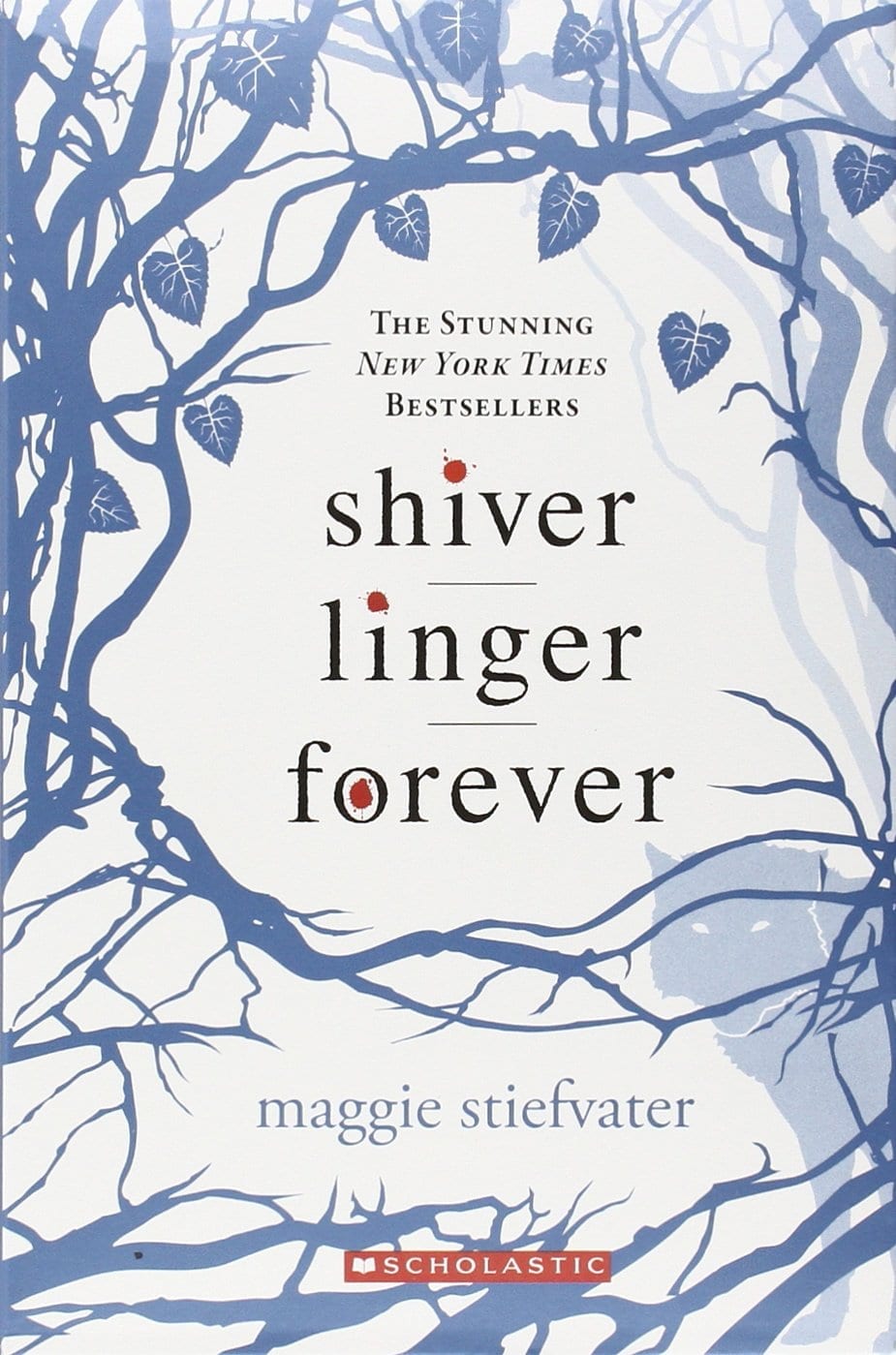 Where are our Team Jacob readers at? Grace has always watched the wolves behind her house, particularly the yellow-eyed one who seems so mysterious. Sam lives two lives: one as a wolf among the safety of his pack in the winter; one as a human during the summer months. When the pair meet, Grace instantly connects with Sam and is gripped by his familiarity. But winter is nearing, and for Sam, there’s a lot to lose.

Twilight fans will fall for the supernatural romance woven throughout this haunting tale. 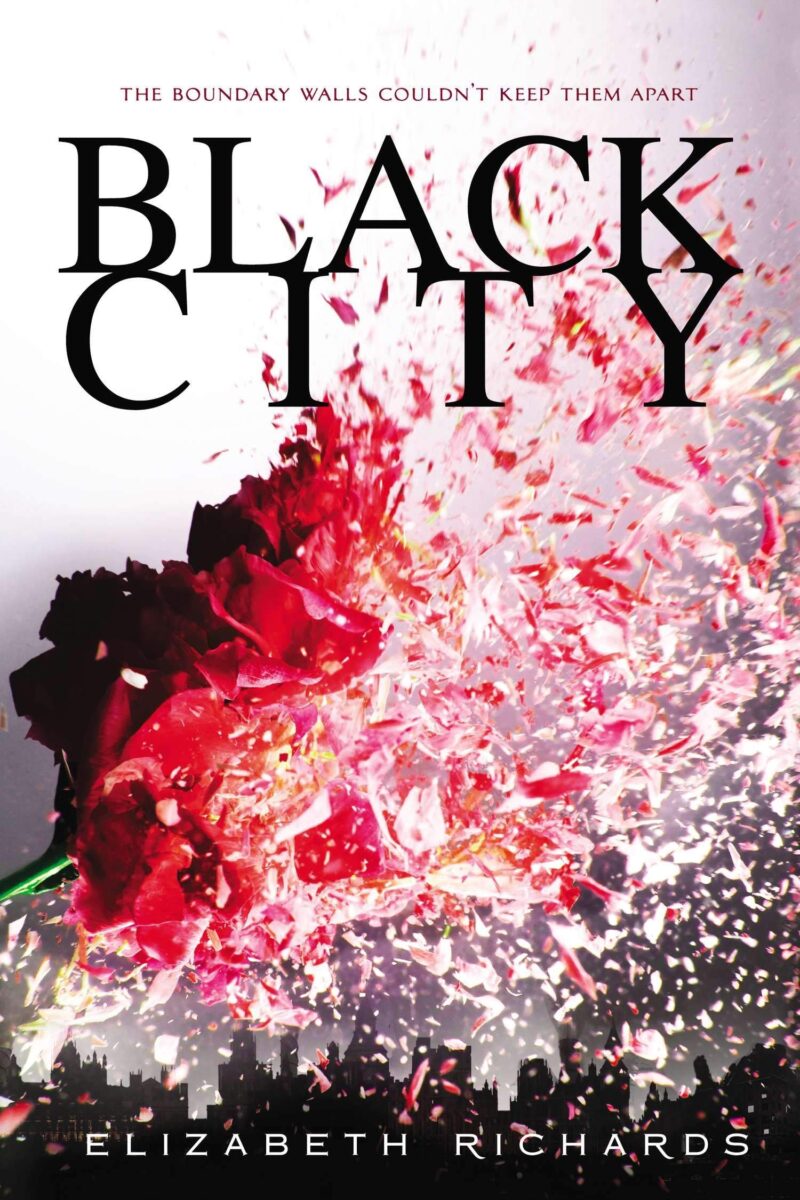 The city has just suffered a devastating war between humans and Darklings, and in the aftermath, tensions are still smoldering. But 16-year olds Ash Fisher, a half-blood Darkling, and Natalie Buchanan, a human and the daughter of the Emissary, can’t fight the way they feel – and what they feel is love.

We loved this post-apocalyptic love story where the only thing worse than love is death. 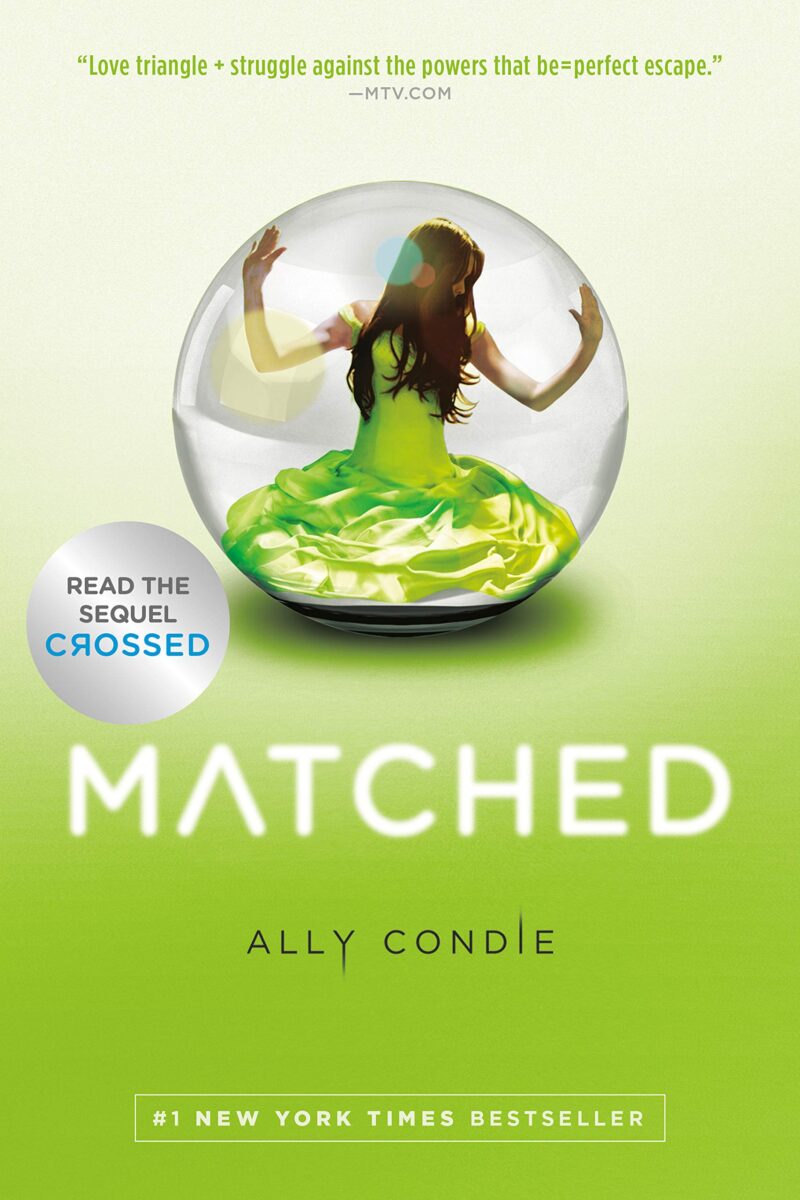 Fate is in the hands of the trusted Society – they dictate all of life’s choices, making it so there’s really not much choice left in it at all. So, during Cassia’s Matching ceremony when she sees Xander’s face appear on the screen, she knows he’s the best suitor for her. But then there was the glitch where Ky’s face flashed onto the screen for a split second, and since then she hasn’t been able to get him out of her mind. Would she even dare risk straying from the Society for love?

If you like twists, romance and mystery, this is the book for you. 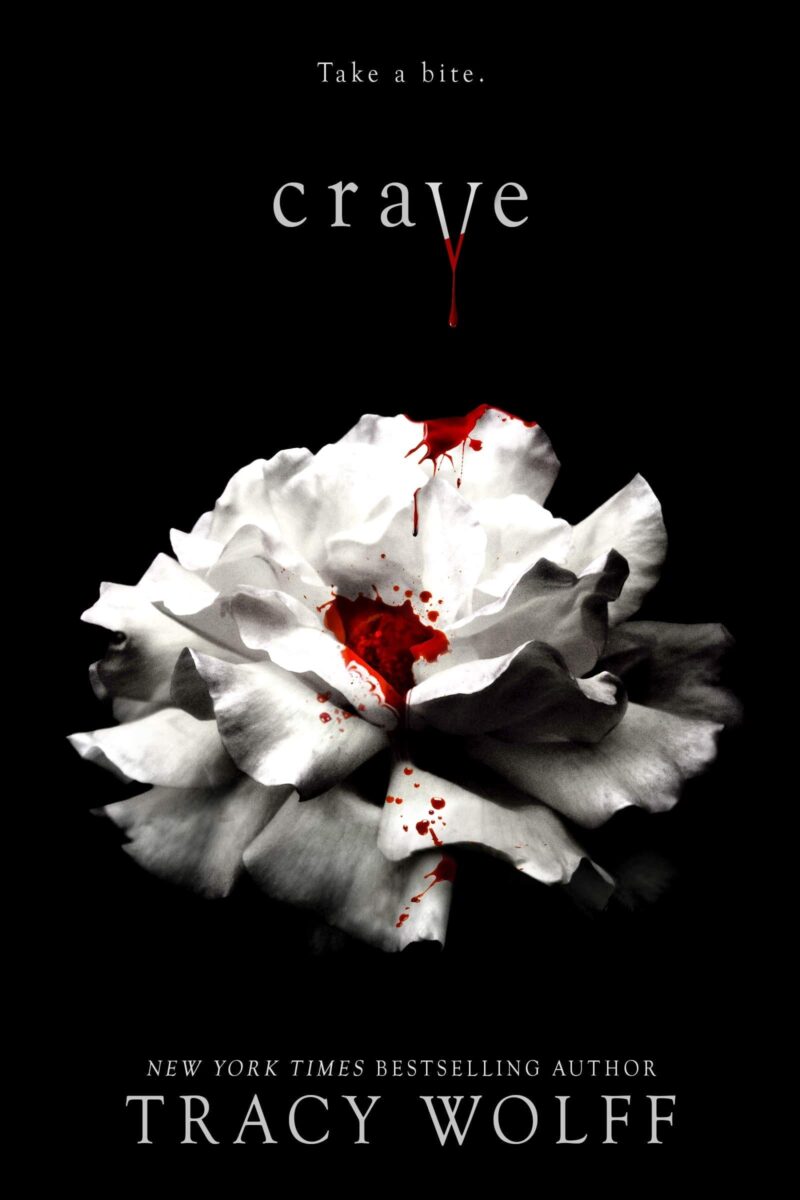 What is it about vampires? Grace is a mere mortal at the academy, struggling to find where she fits in among the factions. Jaxon is a vampire who keeps to himself – and for good reason: he’s hiding more than one deadly secret. But for Grace, his unapproachable attitude is intriguing. If she pursues him, and the secrets he protects, it could spell disaster for everyone in this book like Twilight.

Sexy and suspenseful – you won’t be able to put this one down. 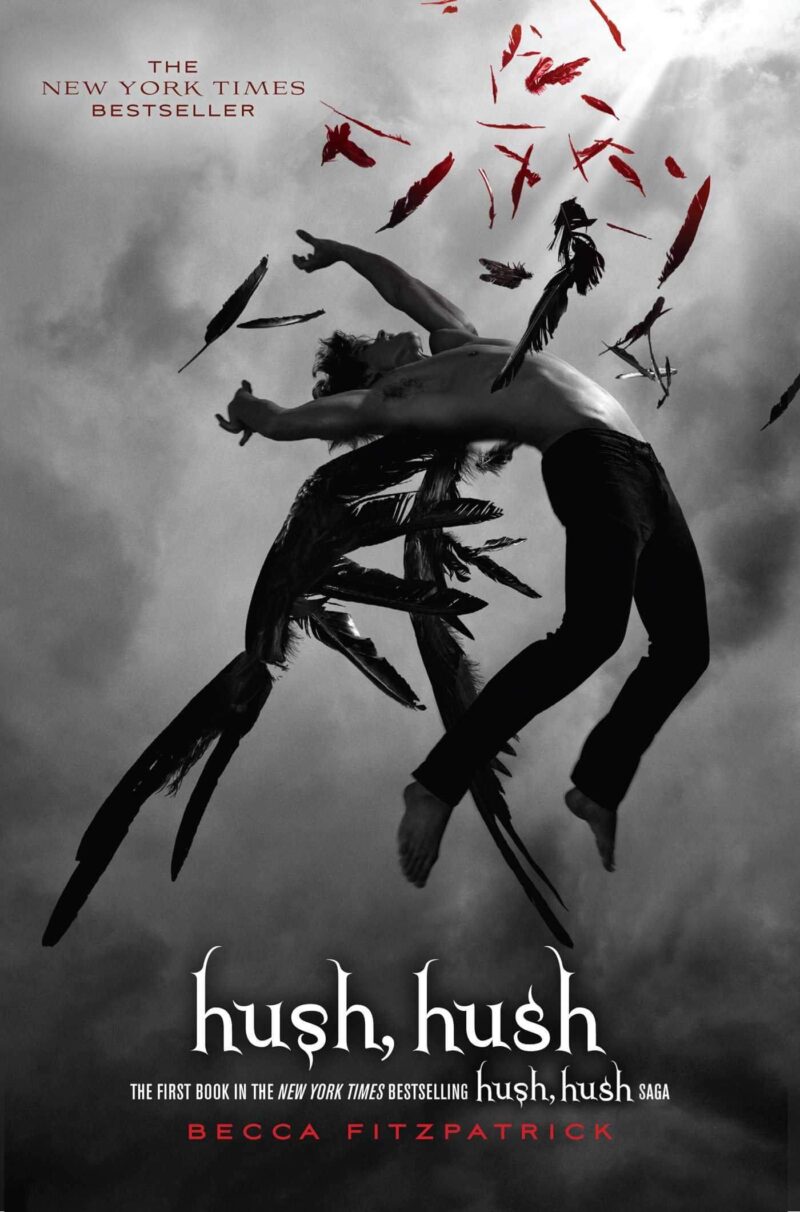 Think Twilight, but with Angels. I, personally, have fallen for this forbidden love with a very mysterious, sexy, and a stern fallen angel. Nora Grey didn’t care about boys, much unlike her best friend Vee. Then Patch showed up, and Nora can’t seem to get him out of her head, literally and figuratively. He is everywhere she is, he knows things about her that no one else knows, and he makes her want to do everything that she isn’t supposed to do. How could she resist? Patch has a secret, though. When Nora learns the truth of an immortal battle, she must choose the right side. Will falling for this fallen angel cost her more than she was ready to bargain for?

Oh, did I also mention that it might possibly have a one-bed-after-getting-stuck-in-a-storm trope? If you want a suspenseful story with some irresistibly sexy twists, this is the book for you. 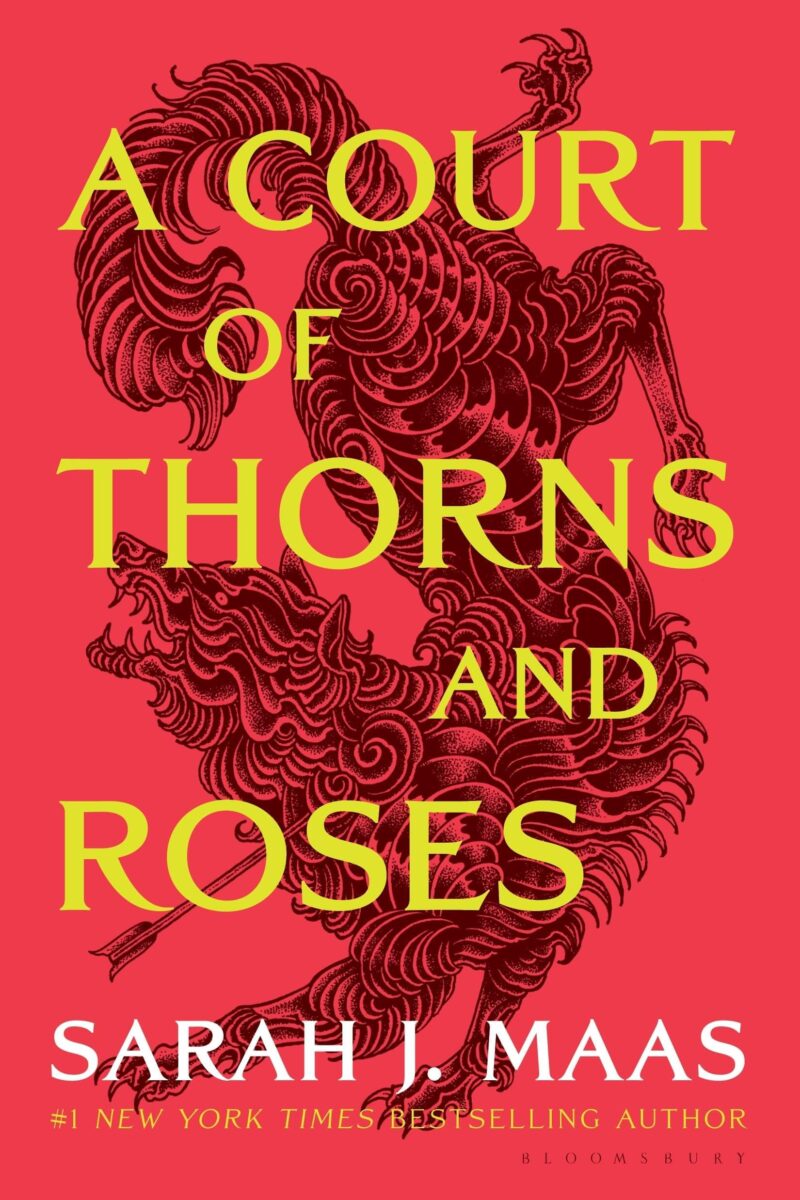 A Court of Thorns and Roses by Sarah Maas

Feyre is a huntress, but she has no idea what’s to follow when kills a wolf in the woods. When a terrifying creature finds her and demands retribution, Feyre is dragged to a land that only exists in legends. She soon discovers that her capture, the horrifying beast, is actually one of the lethal, immortal faeries who once ruled her world. As her new life in Fae continues on, her feelings for Tamlin are growing from passionate rage to raging passion. Something is off in this world though, a darkness is growing and it’s up to Feyre to stop it or doom Tamlin and the world of Fae forever.

Breathtakingly seductive, this book is an unforgettable adventure. 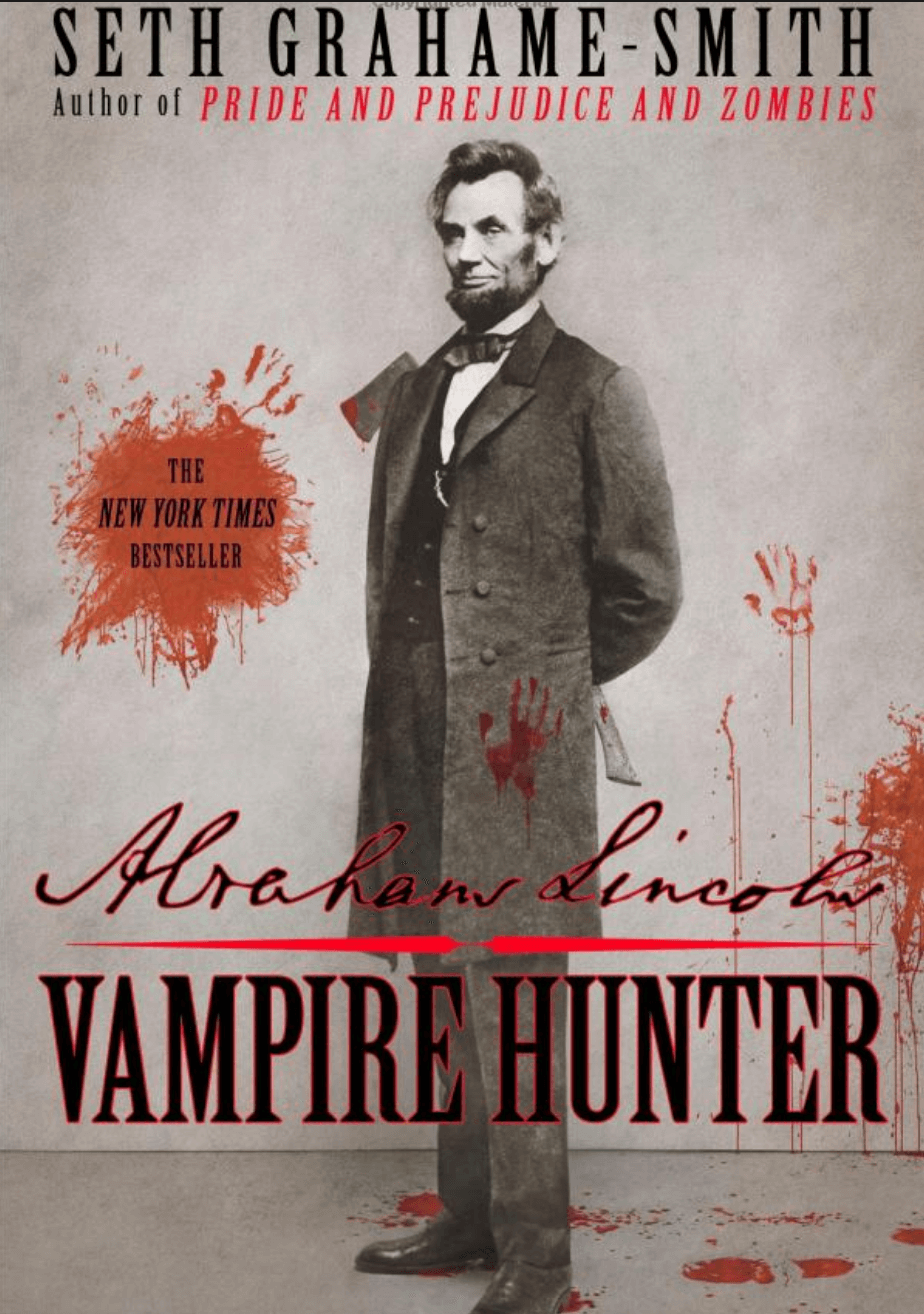 I know what you’re thinking, but hear me out. Abe has the height, the strength, the skill of wielding an ax and the vengeance boiling in his blood for the death of his mother at the hands of a vampire. This is not only the record of one of the most pivotal points in history for our nation but also the story of President Abraham Lincoln, Vampire Hunter. Abe is slaying vampires, and freeing slaves all set in the catalyst years of the Civil War.

This is a story of some serious history and suspense in our very own nation, and no one is going to judge if you find Abraham Lincoln sexy … like I said he’s very good at throwing that ax.