Although the concept of self-love can seem so simple, it can often be quite complicated. Human beings are full of complex emotions and find themselves in situations where it’s not always easy to let love be the much-needed answer. These ten stories are all about people who learned to love themselves a little more while overcoming tragedy and tough times.

Here are ten nonfiction books about practicing self love>> 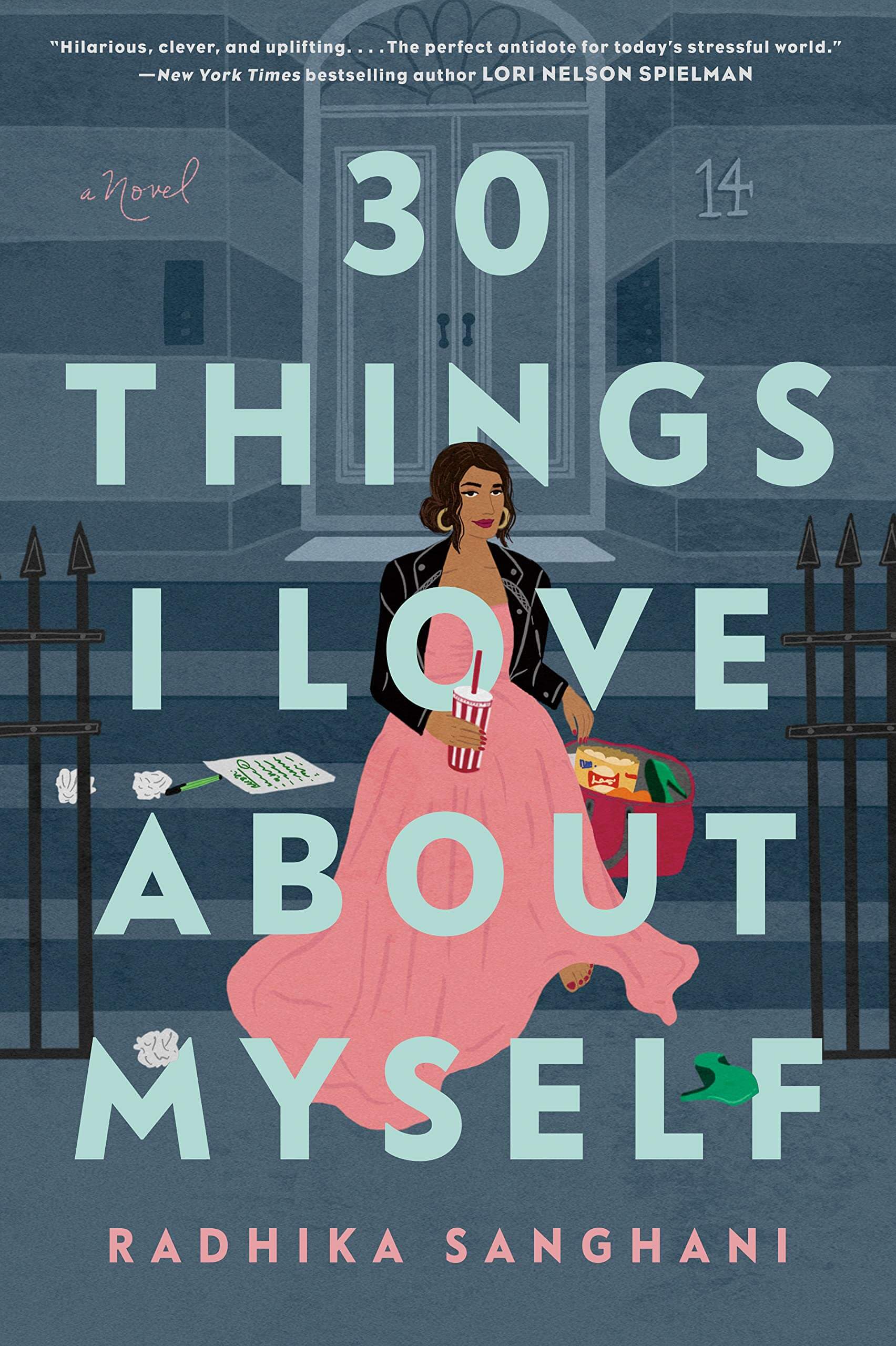 30 Things I Love About Myself by Radhika Sanghani

Nina always thought she’d do something big to celebrate her thirtieth birthday, and she was right about that. However, she didn’t know that would include spending the night in jail. Fresh out of a relationship and on the brink of moving back in with her old-fashioned Indian mom, this pit stop in a holding cell seems like the fitting intermission for the drama that her life has become. While feeling desperate and sorry for herself, a random self-help book magically appears In her cell. Knowing this has to be a sign, she commits to turn things around and find thirty things she loves about herself by her next birthday. 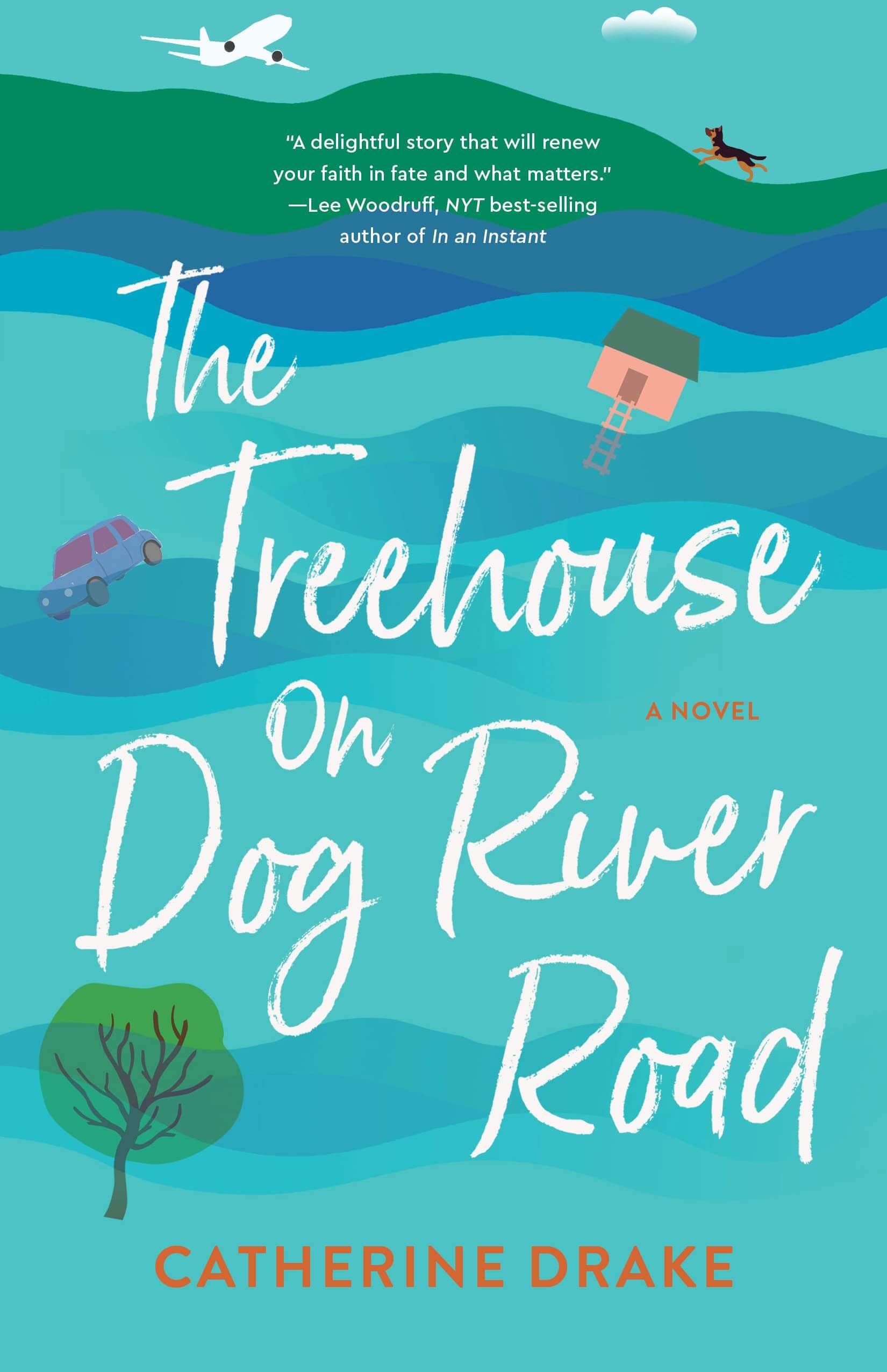 The Treehouse on Dog River Road by Catherine Drake

Uninspired economist Hannah has just lost her job and is determined to change everything about her life when she heads to Vermont to be the sole caregiver for her sister’s children for the summer—an experience that proves to be more transformative than she expected after she meets next-door neighbor Nathan. A witty, romantic, and inspiring story of a young woman taking control and making tough choices about love and work to build the life she wants, The Treehouse on Dog River Road will have you rooting for Hannah every step of the way. 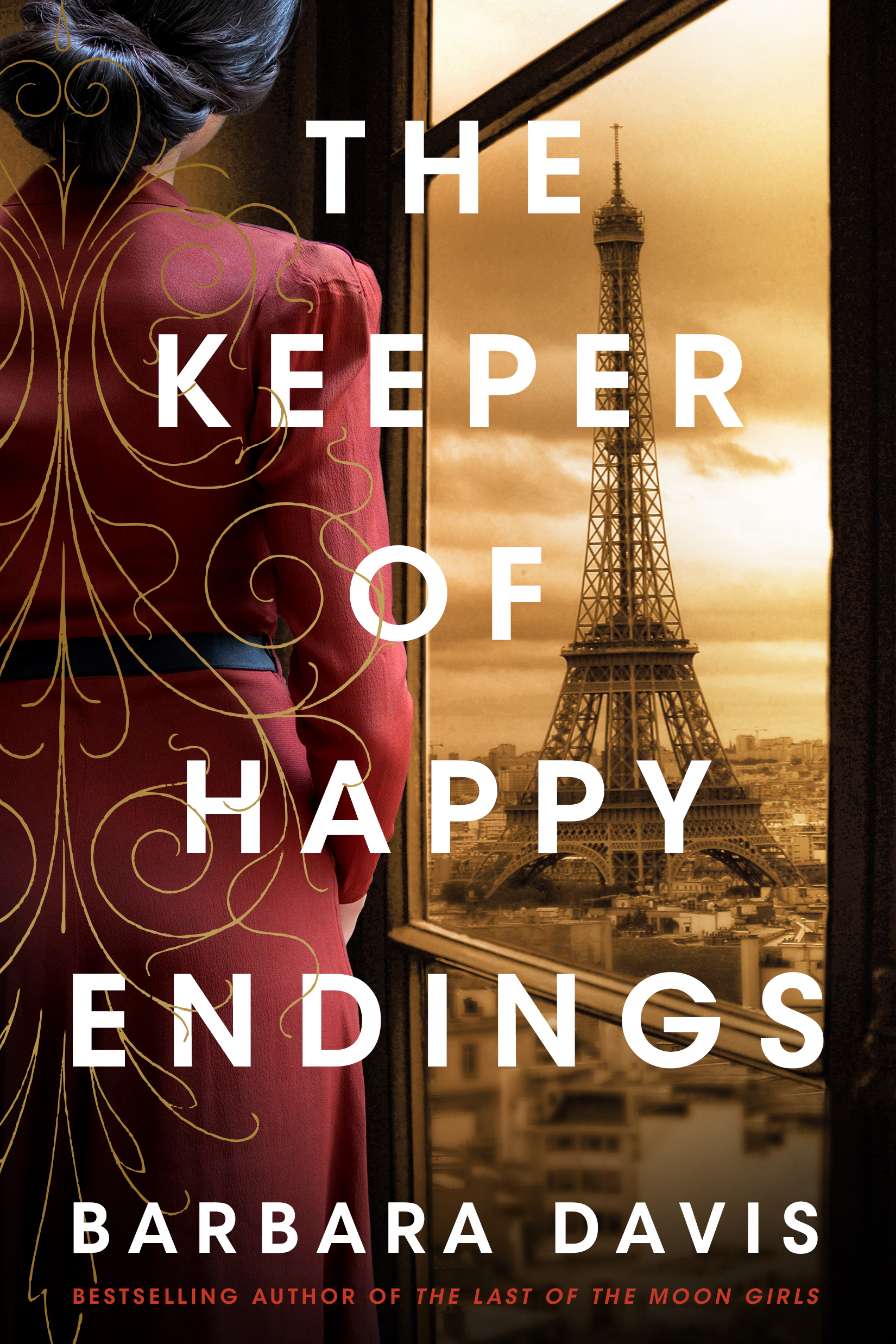 The Keeper of Happy Endings by Barbara Davis

Legend says that any bride who buys a Roussel gown from the exclusive family boutique is guaranteed a lifetime of happiness. The bridal salon is Soline’s pride and joy, and nothing makes her happier than to help women make their wedding dreams come true. But when World War II causes unfathomable losses, she has no choice but to pack up her place and move on with her life. Years later, struggling artist Rory takes over the space and finds a box with beautiful gowns and old letters. She decides to contact Soline, and the two realize that fate brings them together to learn to forgive and love themselves again. 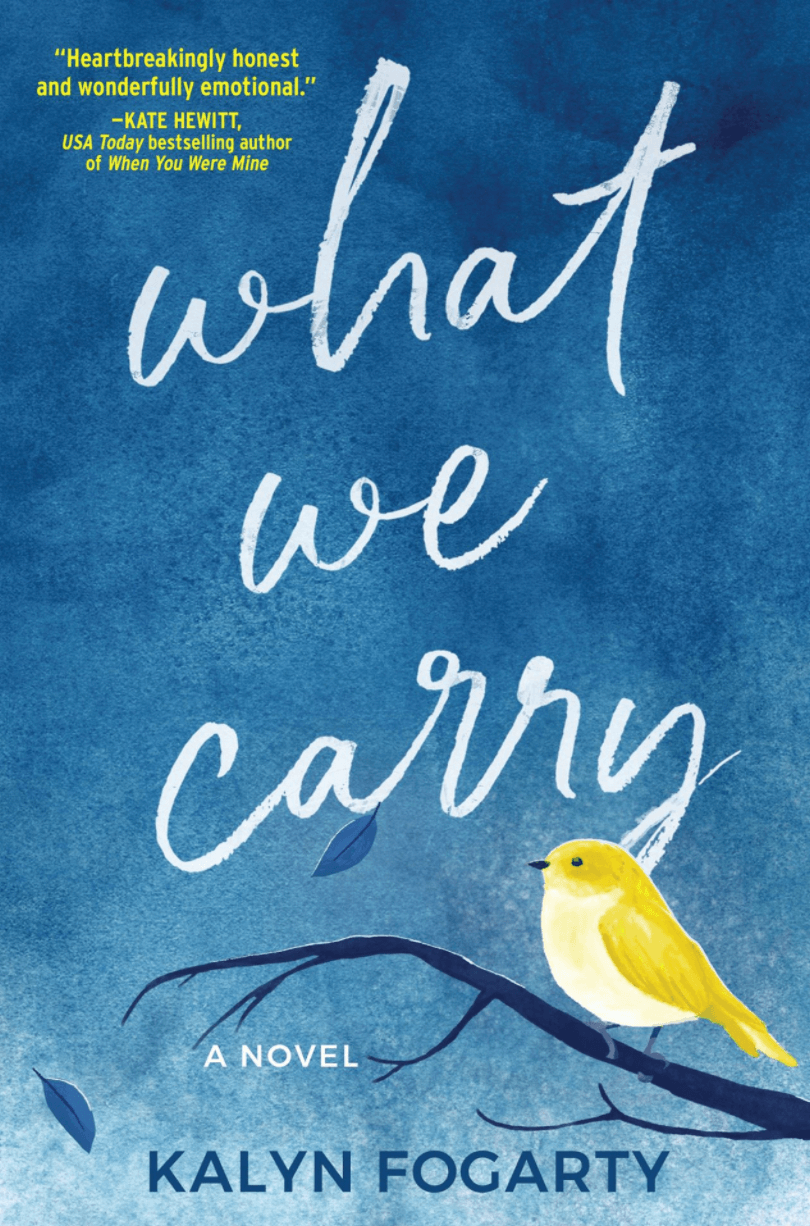 What We Carry by Kalyn Fogarty

Cassidy has never veered off of her well-planned path. She’s educated, has a great job, and is married to the man of her dreams. The only thing missing is a baby, so her world turns upside down when she experiences a miscarriage late in her pregnancy. She hopes that throwing herself into her veterinary work will help but dealing with equine reproduction only makes it worse. So, when she finds herself pregnant again, she can’t help but feel scared and uneasy with the state of her marriage. However, this gives her the space to finally figure out what she wants from life, even if it’s not part of the plan. 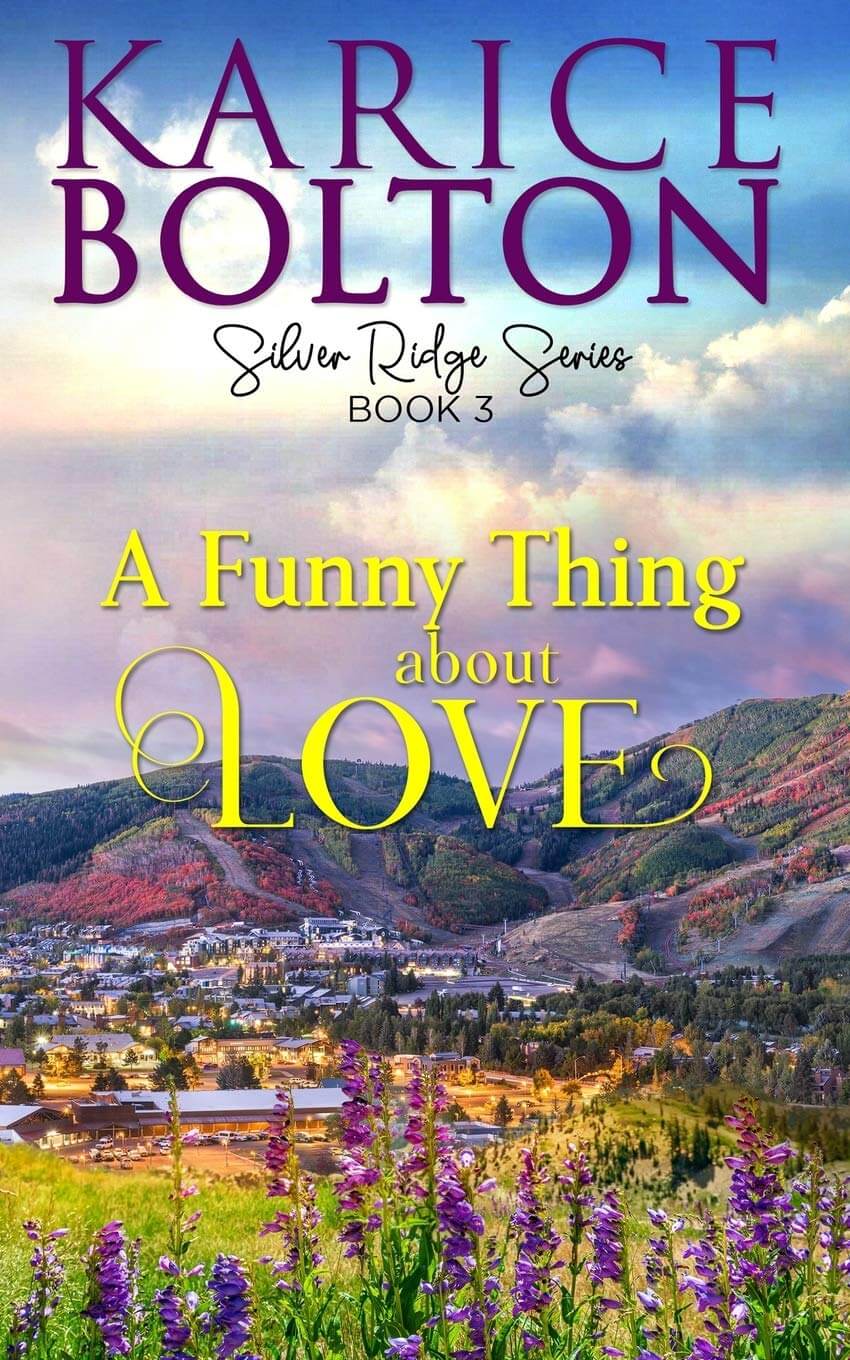 A Funny Thing About Love by Karice Bolton

Arranged marriage is not something that’s ever been on Emilia’s radar…until now. With her love life in shambles, she’s reconsidering the idea. Fed up with dating, she writes a blog about her latest lousy date that goes viral. What she meant to be a rant ends up translating as dating advice, and all of a sudden, she’s flooded with invitations to speak and share her expert opinions about relationships. As things start to spiral and she fears coming clean, a publisher reaches out with an incredible offer. Emilia knows she needs to do some soul searching—and maybe loving herself first is the place to start. 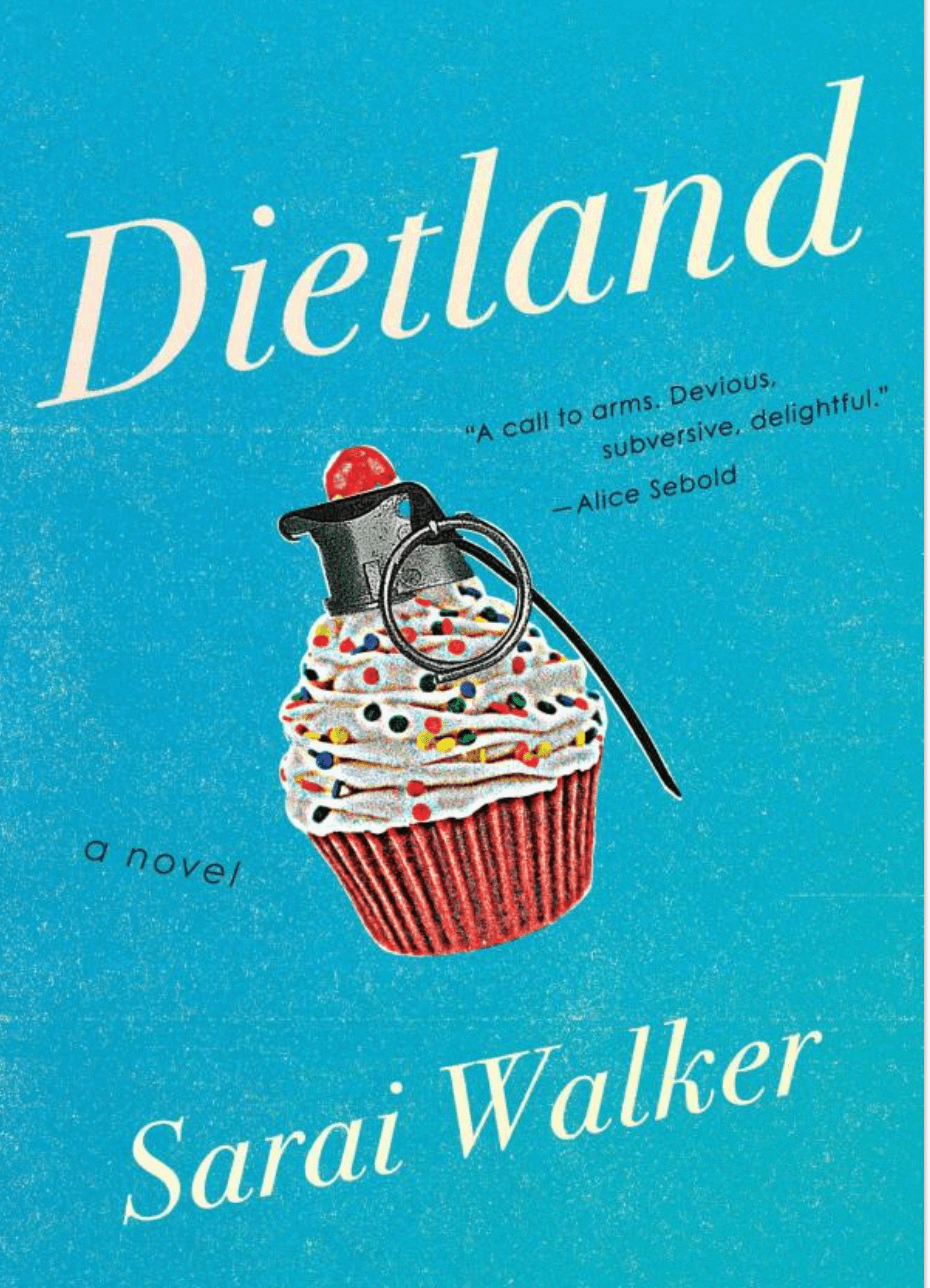 Plum Kettle knows that she’s unattractive according to society’s standards and has elected to have weight-loss surgery. While she patiently awaits her operation, she spends her time answering fan mail for a teen magazine. This job is the perfect fit, as she can work behind the scenes without getting noticed. One day, a mysterious woman connects with her and convinces her that she doesn’t need to conform to the unrealistic expectations that women are pressured to meet; self-love is the answer. The problem is that she’s part of an underground group that may be doing more harm than good. 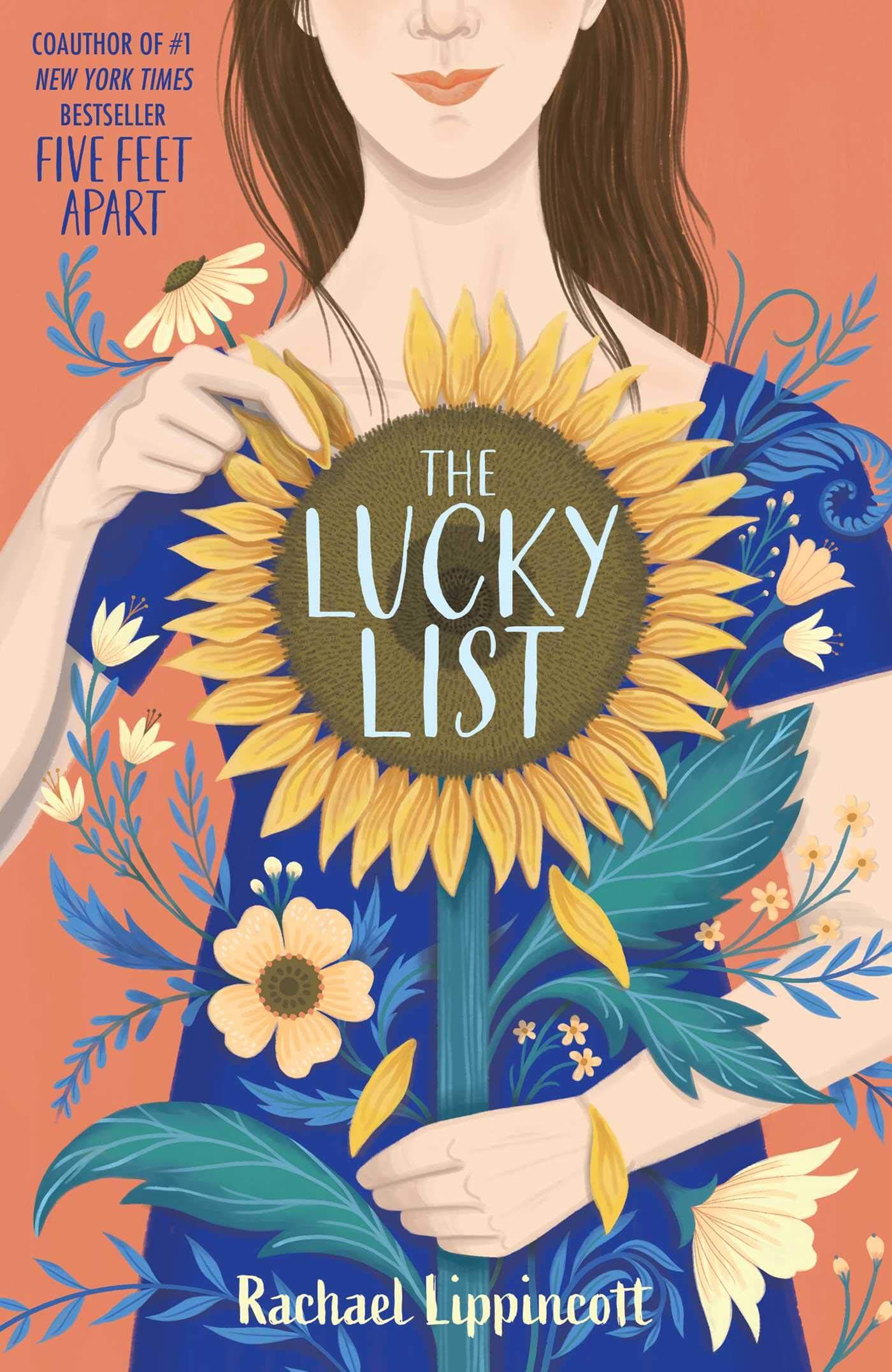 Emily always felt lucky in life until her mom got sick with cancer and passed away. Nothing has been the same since, and all of the good things in her life slowly start to disappear. Meeting her new friend Blake has been the only bright spot in a dismal three years. When she stumbles upon a bucket list that her mom wrote, Blake convinces her that they should go down the list and check off all the boxes. Finally feeling close to her mom again, this was what she needed to discover self-love. What she didn’t expect was to develop even deeper feelings for Blake during the process. 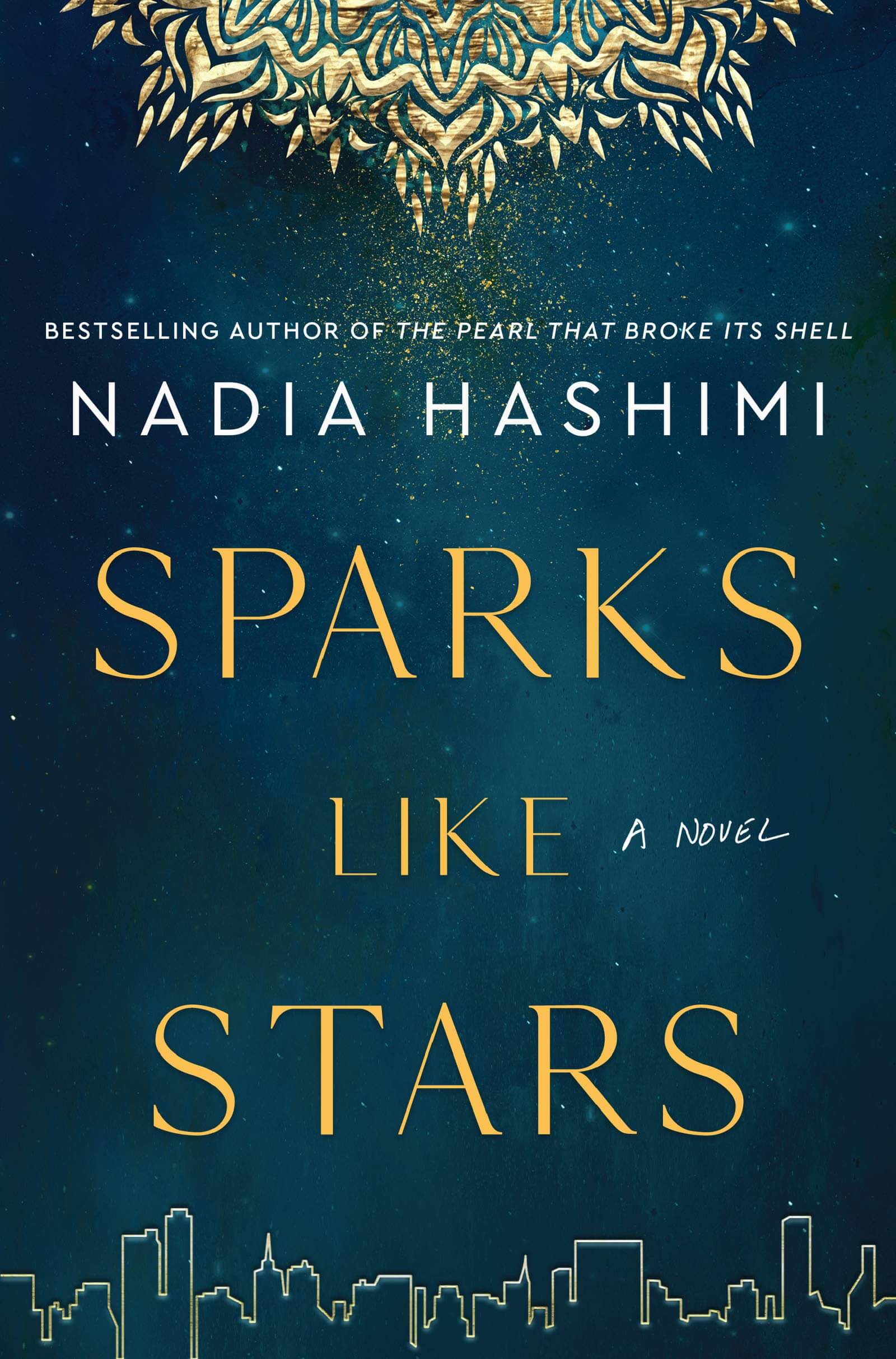 In 1978 Afghanistan, Kabul was bustling under a progressive president’s leadership. Ten-year-old Sitara Zamani lived a life of luxury until communists took over the land and her family was assassinated. As the only survivor, she was sent to America to be raised by her new adoptive family. Her name was changed to Aryana Shepard, and she grew up to be a prominent surgeon in New York. Thirty years later, a soldier from the past appears in her operating room, digging up buried trauma. This experience sends her on a journey through her past, learning to love all of the parts that she had lost. 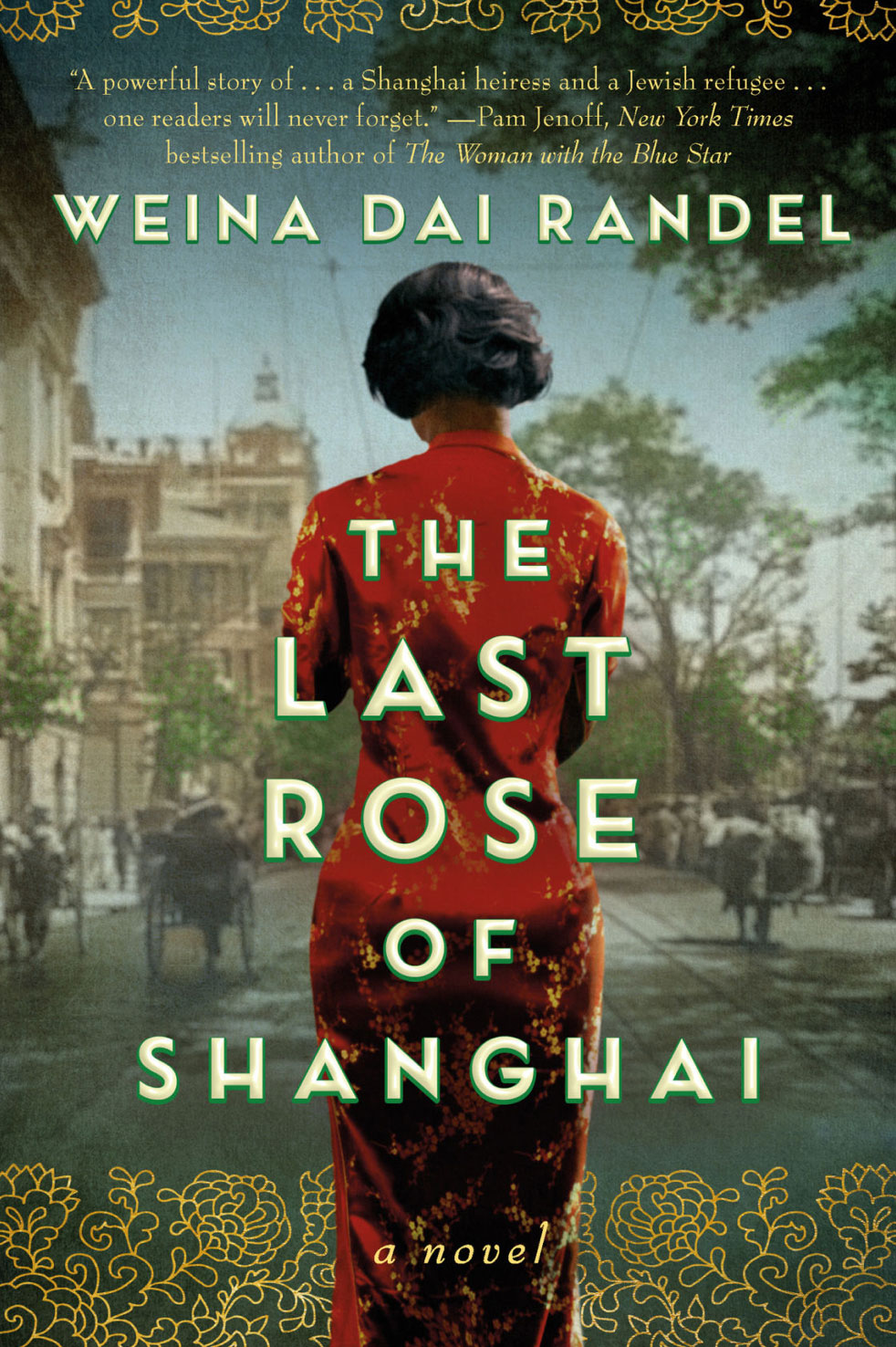 The Last Rose of Shanghai by Weina Dai Randel

The year is 1940, and heiress Aiyi Sha owns what once was the busiest nightclub in Shanghai. Jewish refugee Ernest Reisnamm is broke and looking for a place to sleep in this unfamiliar city. Homeless and hopeless, he’s all but given up until he meets Aiyi. When she hires him to play piano, her nightclub once again becomes the hottest spot in town, and the two quickly form a bond. Together, they learn how to appreciate their unique gifts. Even though Aiyi is engaged to someone else, their chemistry is undeniable. But as the war begins to rage, everything changes, and the only choice is to lean in to love. 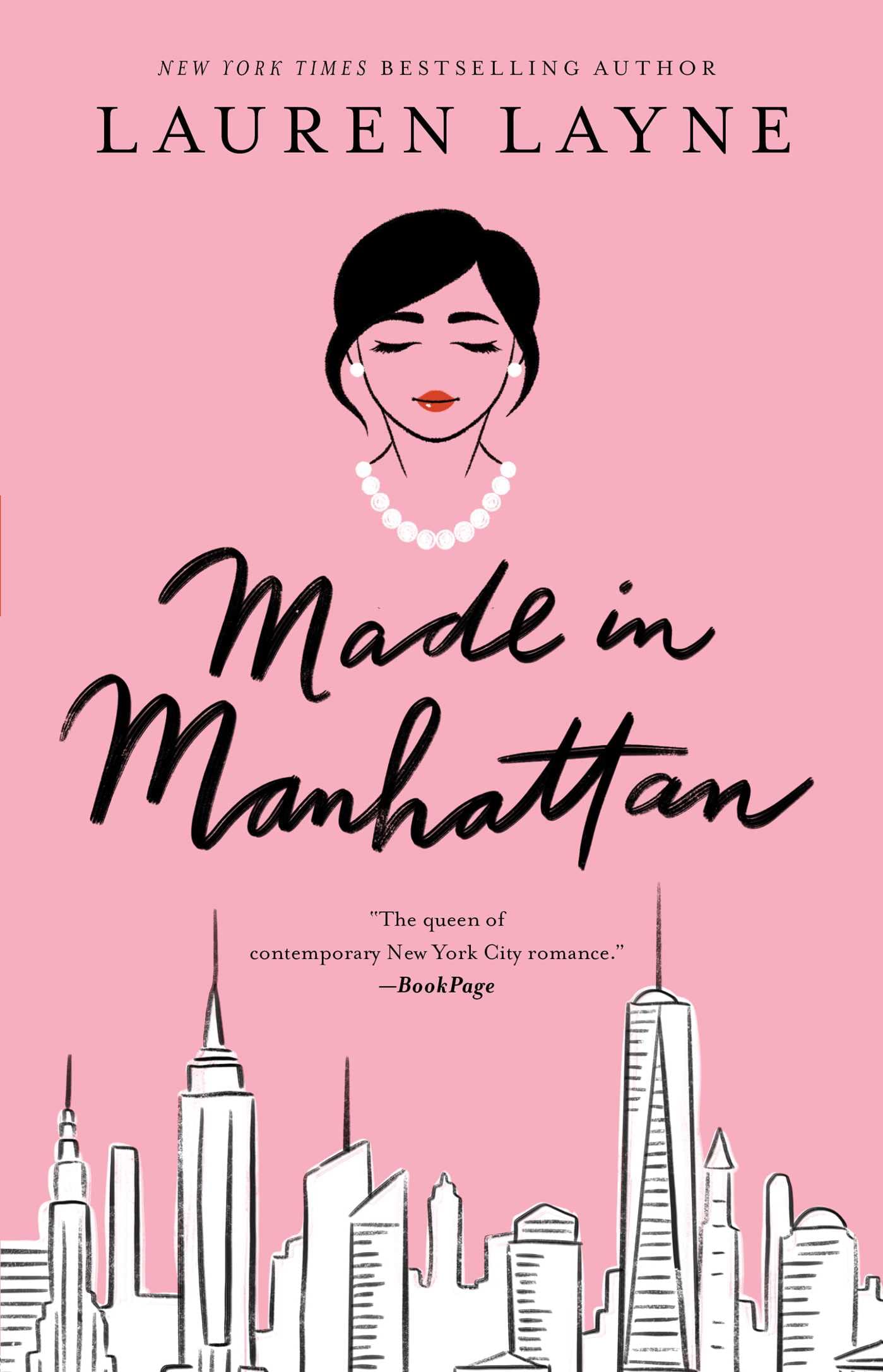 Made in Manhattan Paperback by Lauren Layne

Violet grew up on the Upper East Side of Manhattan and was raised with privilege. When her grandma asks her to help a friend’s grandson get acquainted in New York, she agrees without hesitation. But Cain is extremely rough around the edges and is only interested in taking over his family’s company for the money. As Violet tries to teach him manners and social norms, he imparts his knowledge onto her, making her second guess her need to fit into this perfect little box. Together, they teach each other about compromise, self-acceptance, and maybe even fall for each other along the way. 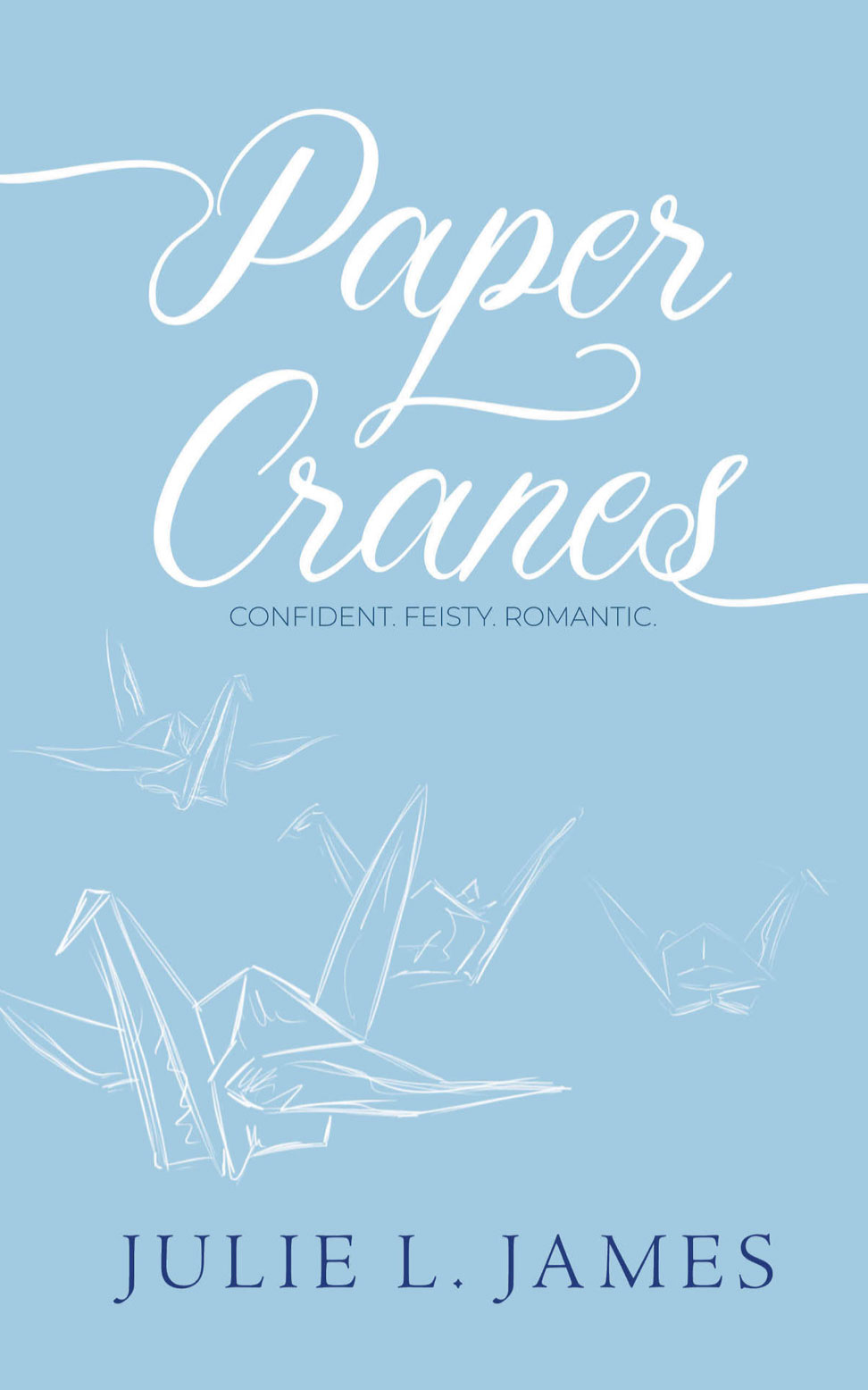 Even though Cassie’s husband succumbed to an untimely death, she’s not going to stop living her life. Blessed with fantastic family and friends, she finds herself again and is ready to start a new chapter, beginning with self-love. Upon receiving a sympathy note from an old friend, she decides to get in touch. They quickly realize that their connection is something special and that this could be the start of a new relationship. As things start to progress, Matt finds himself living out a dream because he’s always had a crush on Cassie. But there’s more to the story, and Matt is not sure he’s ready to tell it.