The only thing people love more than their pets, is a good meet-cute love story that revolves around those cute pets. Whether it’s misbehaving runaways, animal sanctuaries, or pet-parenting rivals, these books showcase how furry friends bring us together. So, pick your favorite—cuddled up alongside your beloved fur baby, of course—and enjoy! 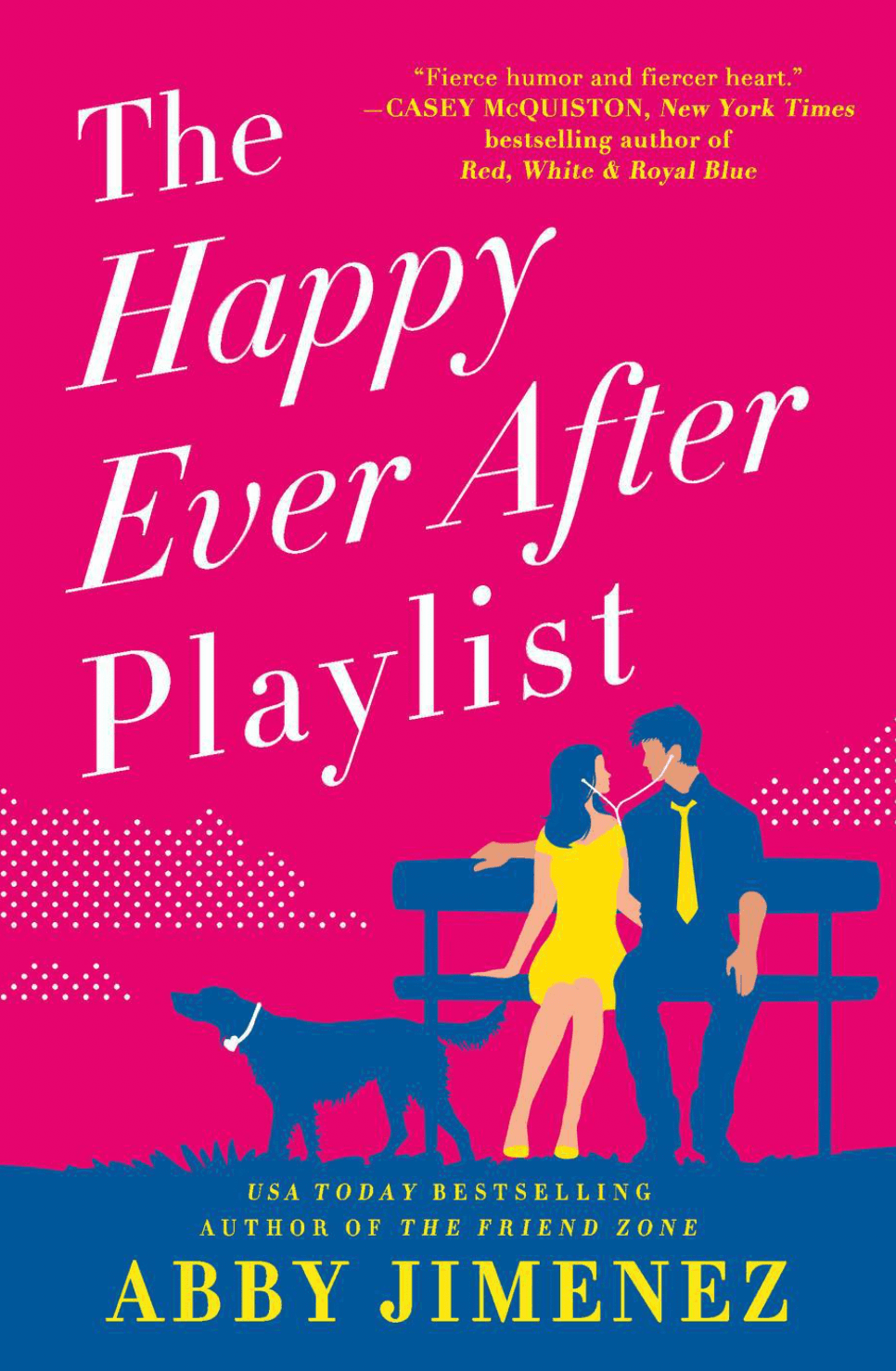 The Happy Ever After Playlist by Abby Jimenez

In this new contemporary romantic comedy, a misbehaving dog brings together two perfect strangers – Sloane, still recovering from losing her fiancé, and Jason, the dog’s owner, a musician on tour overseas.  Jason wants his dog back, and Sloane’s not ready to let go to her new four-legged friend. The texts and phone calls that follow between the pair leaves a trail in its wake that could lead to love… or heartbreak. Its compelling and sweet nature will have you looking no further for your next romance must-read. 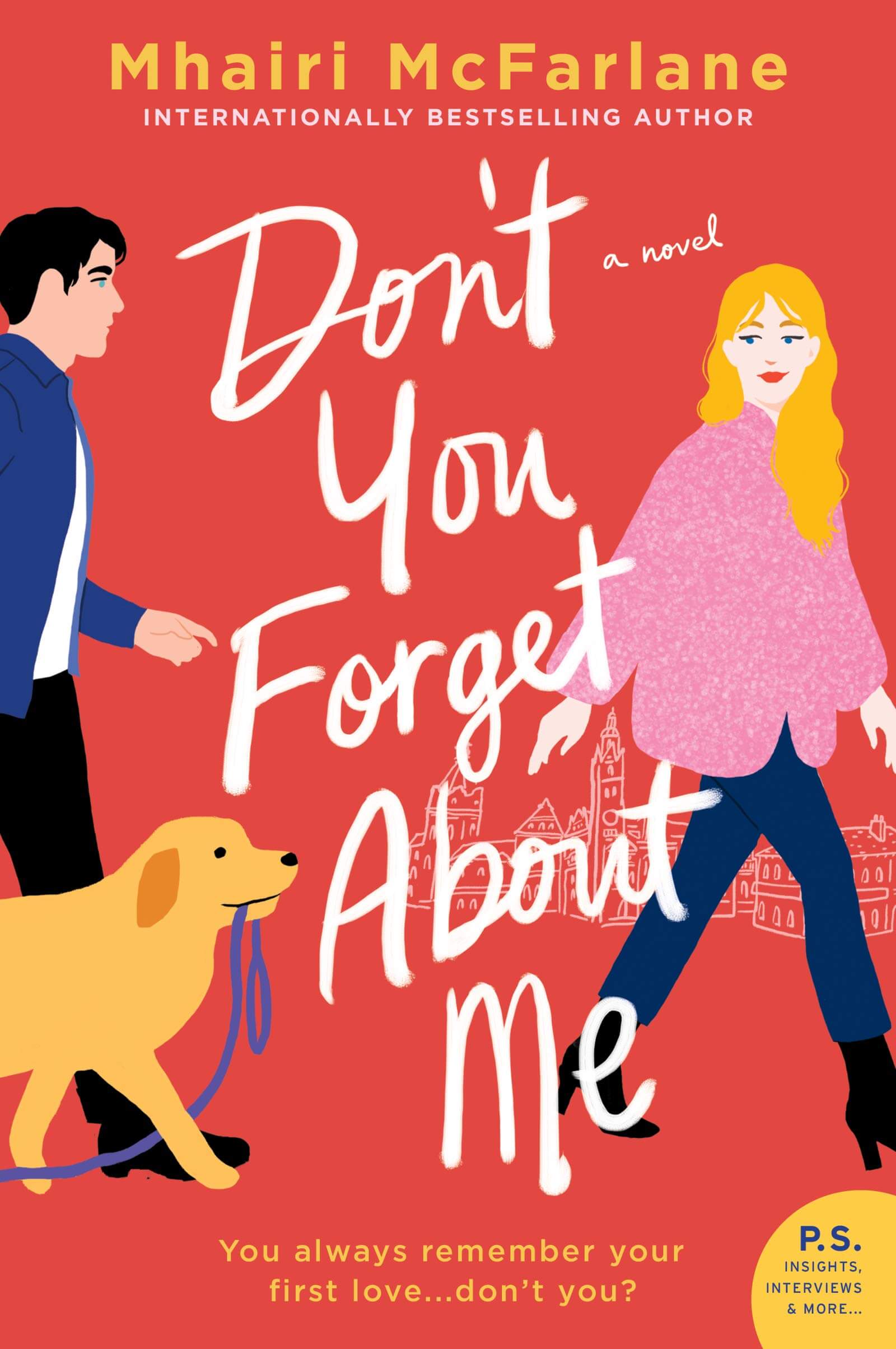 Don’t You Forget About Me by Mhairi McFarlane

Georgina isn’t having a very good day, getting fired from the lousiest restaurant in town and then coming home early to find her boyfriend in bed with someone else. So when the next job that comes up is a bartending position at a newly opened pub, she takes it. However, things get a little messy when the guy who runs the pub is none other than her first love – and it seems like he doesn’t remember at all. Lucas McCarthy has grown up a lot, owning a thriving business and even got a dog along the way. But Georgina’s past is bubbling to the surface, and it might be time for the truth to come out and maybe a chance for the one that got away. 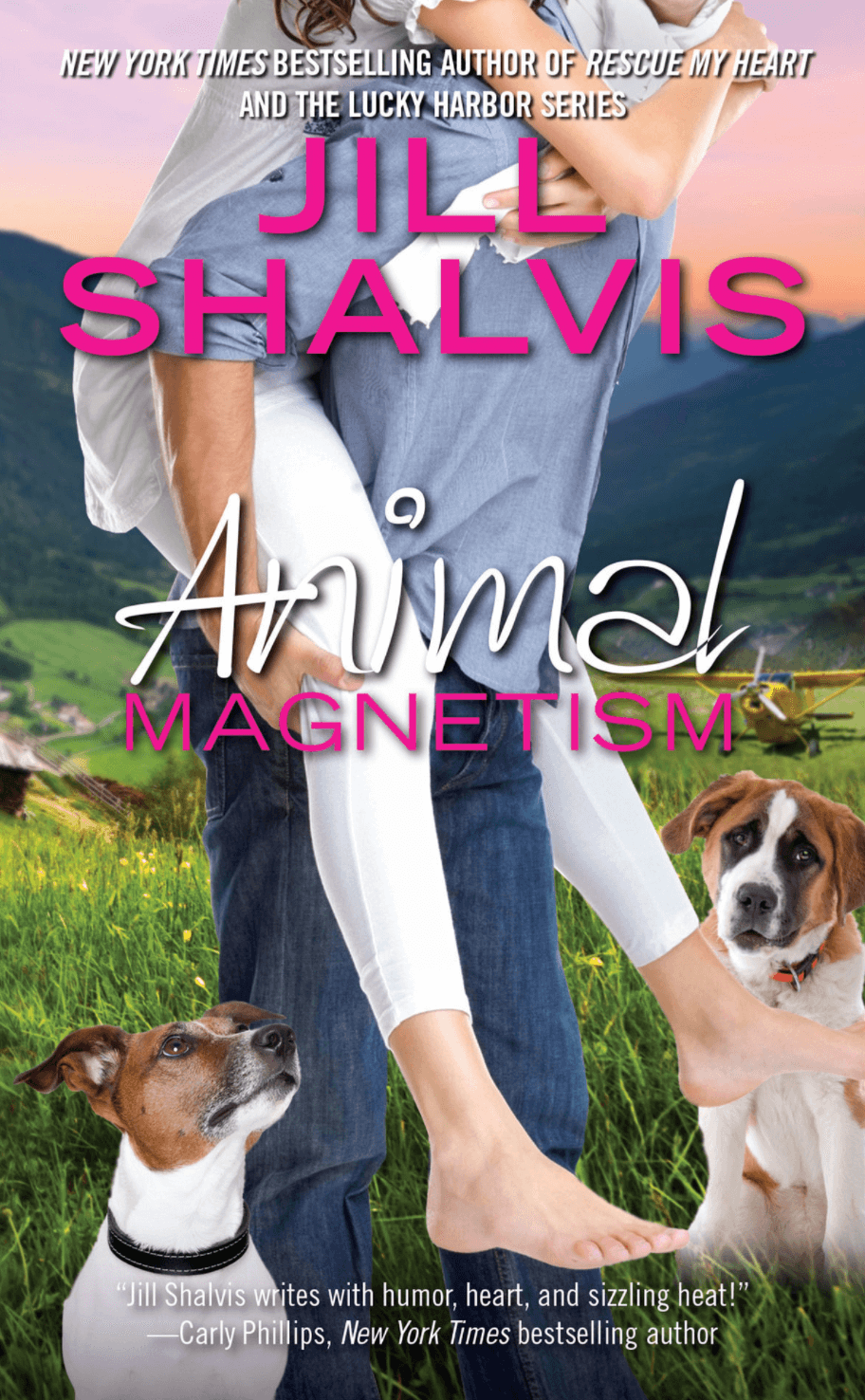 Sunshine, Idaho is the perfect place for animals to find refuge, and maybe even some humans, too. Jade Bennett has not only found a stray kitten but also shelter behind the receptionists desk of Veterinarian Dell Connelly. The view of her ruggedly sexy boss isn’y too bad either. Dell’s alluring ways have sparked an uncontrollable desire in Jade, and even Dell can’t resist the strength and sass of Jade for long …. 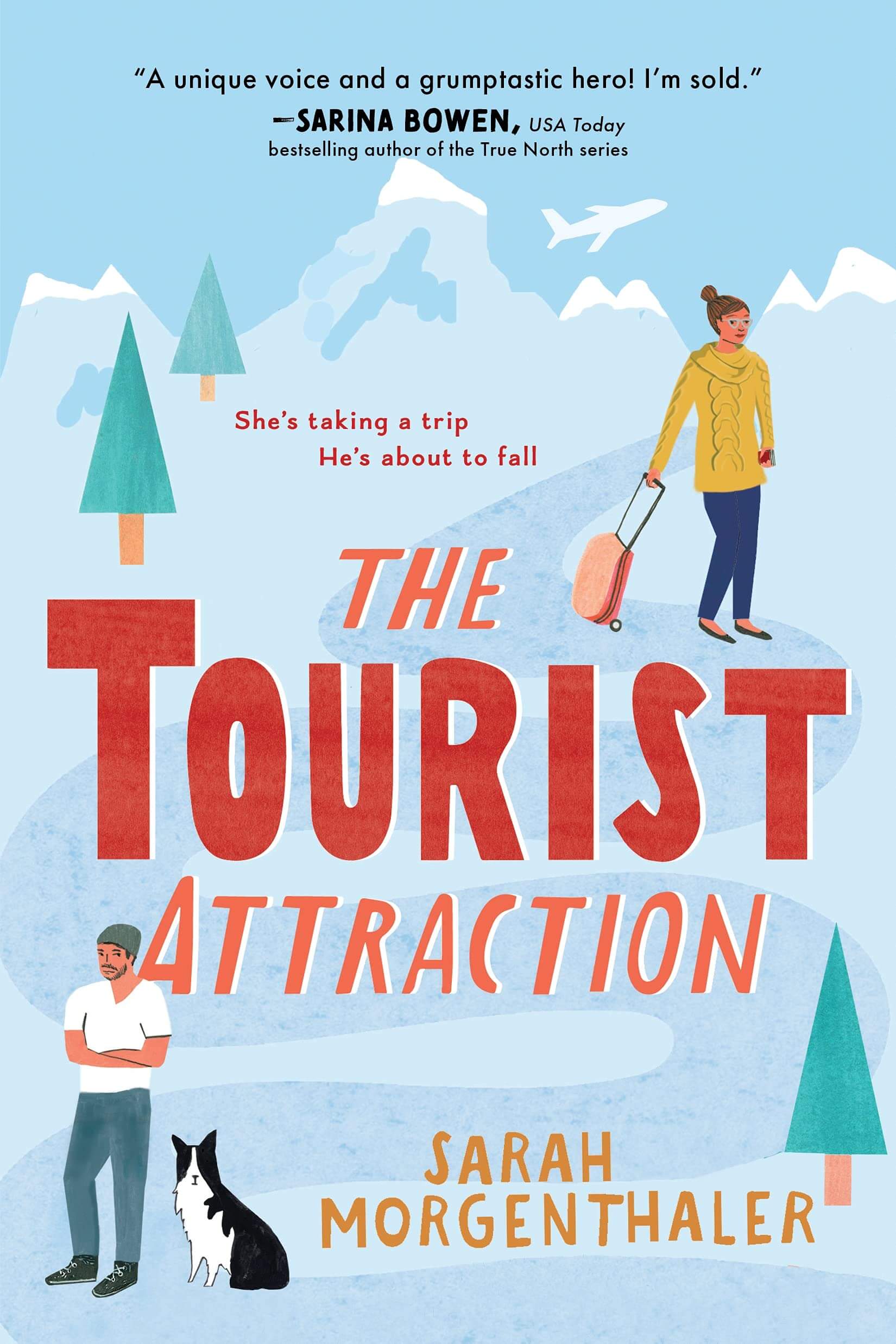 The Tourist Attraction by Sarah Morgenthaler

A rogue moose, a grumpy local and a sunny tourist equals a vacation that melt the Alaskan wilderness. Graham Barnett named his diner The Tourist Trap as a joke. Now he’s stuck slinging reindeer dogs to an endless parade of resort visitors who couldn’t interest him less. Not even the sweet, enthusiastic tourist in the corner who blushes every time he looks her way. Then an act of kindness brings tourist Zoey Caldwell into Graham’s world, and her two weeks in Moose Springs seems to bring more warmth to their hearts than they ever expected. 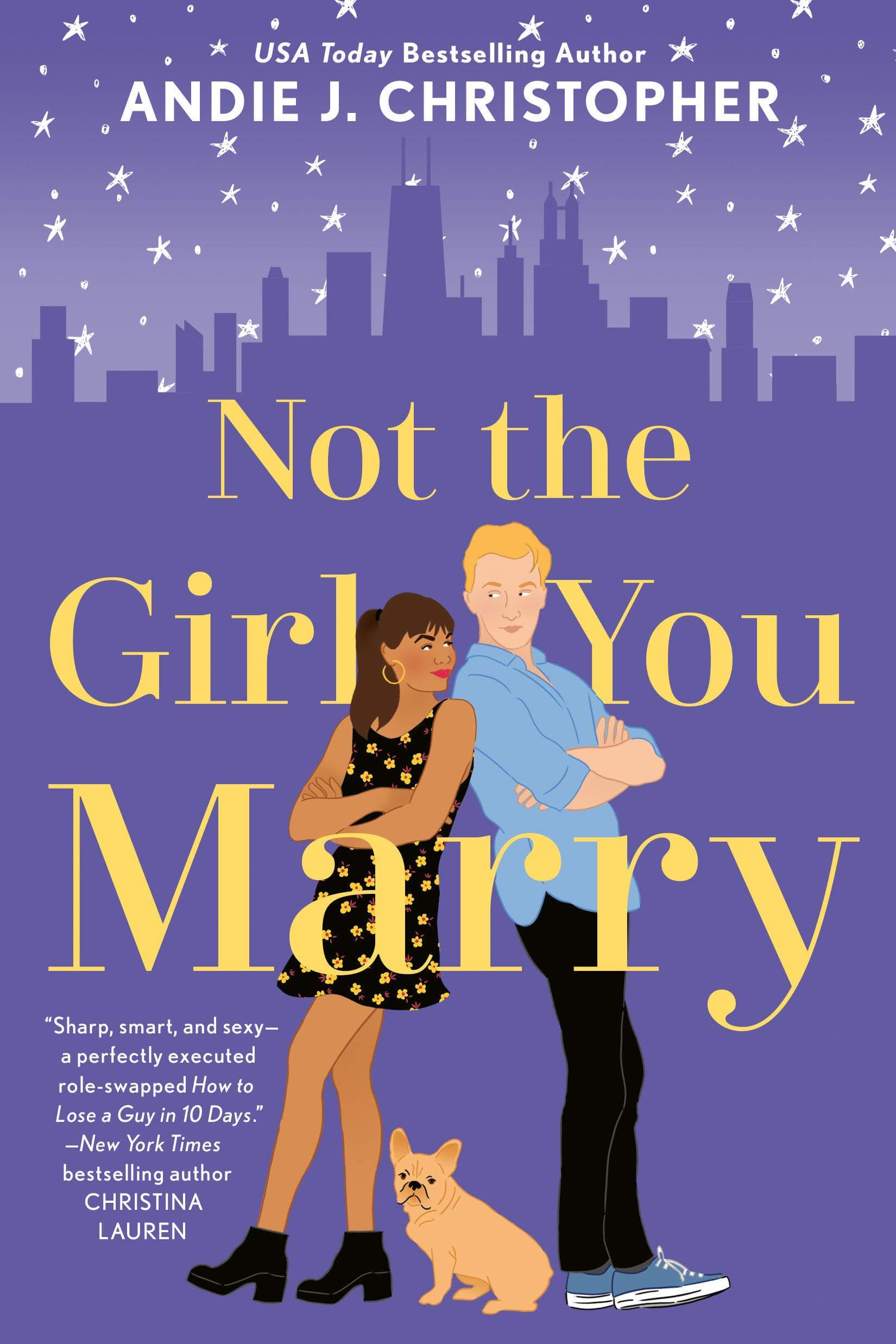 Not the Girl You Marry by Andie J. Christopher

Tired of writing fluffy articles instead of covering hard-hitting politics, journalist Jack Nolan strikes a deal with his boss to write a new piece: How to Lose a Girl. But when he meets Hannah Mayfield, he’s not so sure he wants her to dump him after all. Hannah is a successful event planner who wants to show her boss that she has range (which includes planning romantic weddings) and isn’t scared of feelings, and dating Jack is the perfect opportunity to do so. But as they embark on this fake relationship, things start feeling a little too real. 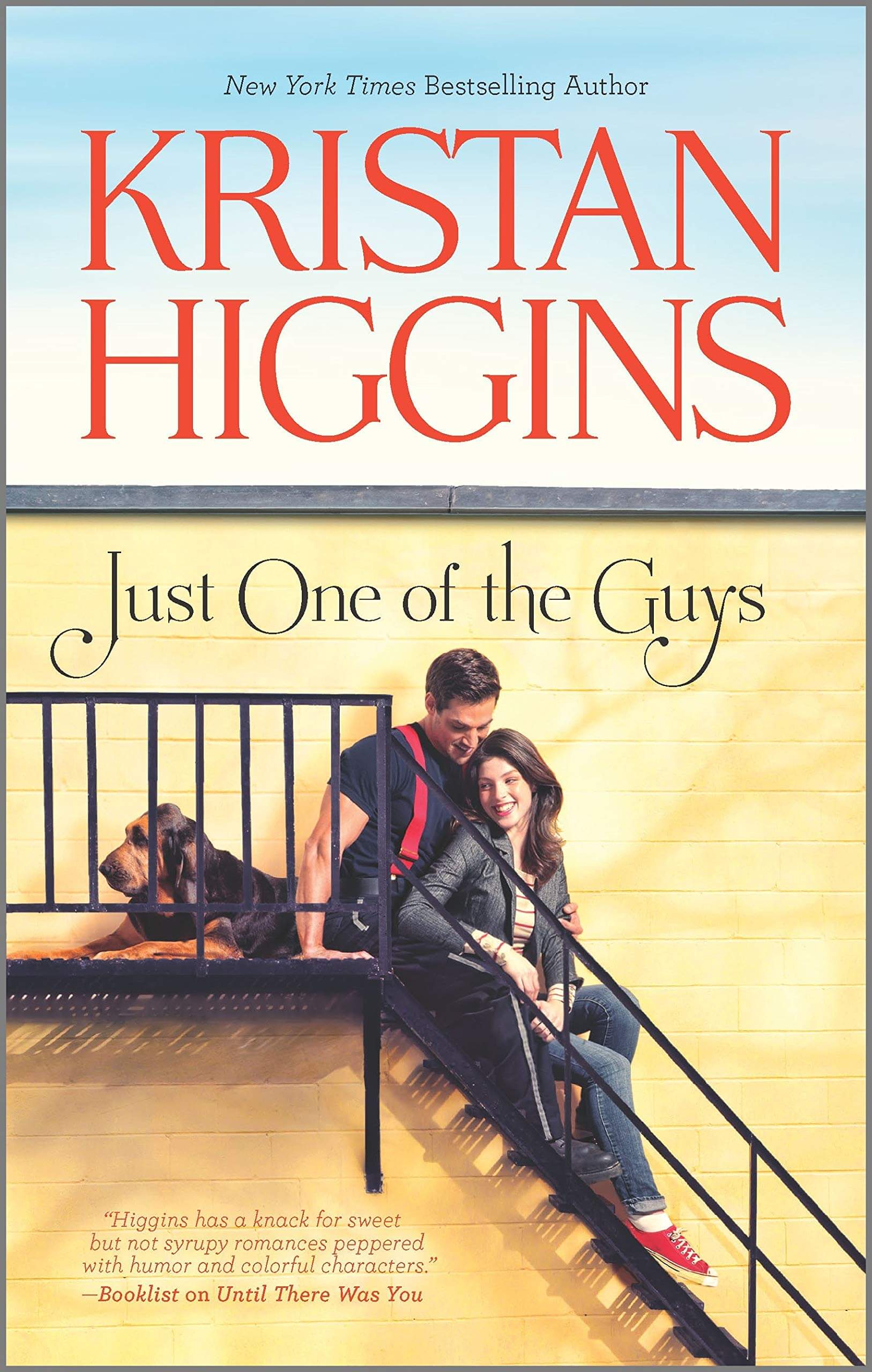 Just One of the Guys by Kristan Higgins

Journalist Chastity O’Neill has always just been one of the guys, and she is tired of it. When she returns to her hometown, she decides it’s time to get in touch with her feminine side. While doing a story on local heroes, she meets a hunky doctor who is the perfect candidate to test her newfound womanly wiles. However, she finds that she never really got over her first love, Trevor Meade, although he seems to have gotten over her just fine. Yet the more time she spends with Dr. Perfect, the better Trevor looks. But with the in-your-face competition, will Trevor starts to see Chastity as more than a friend? And is it too late? 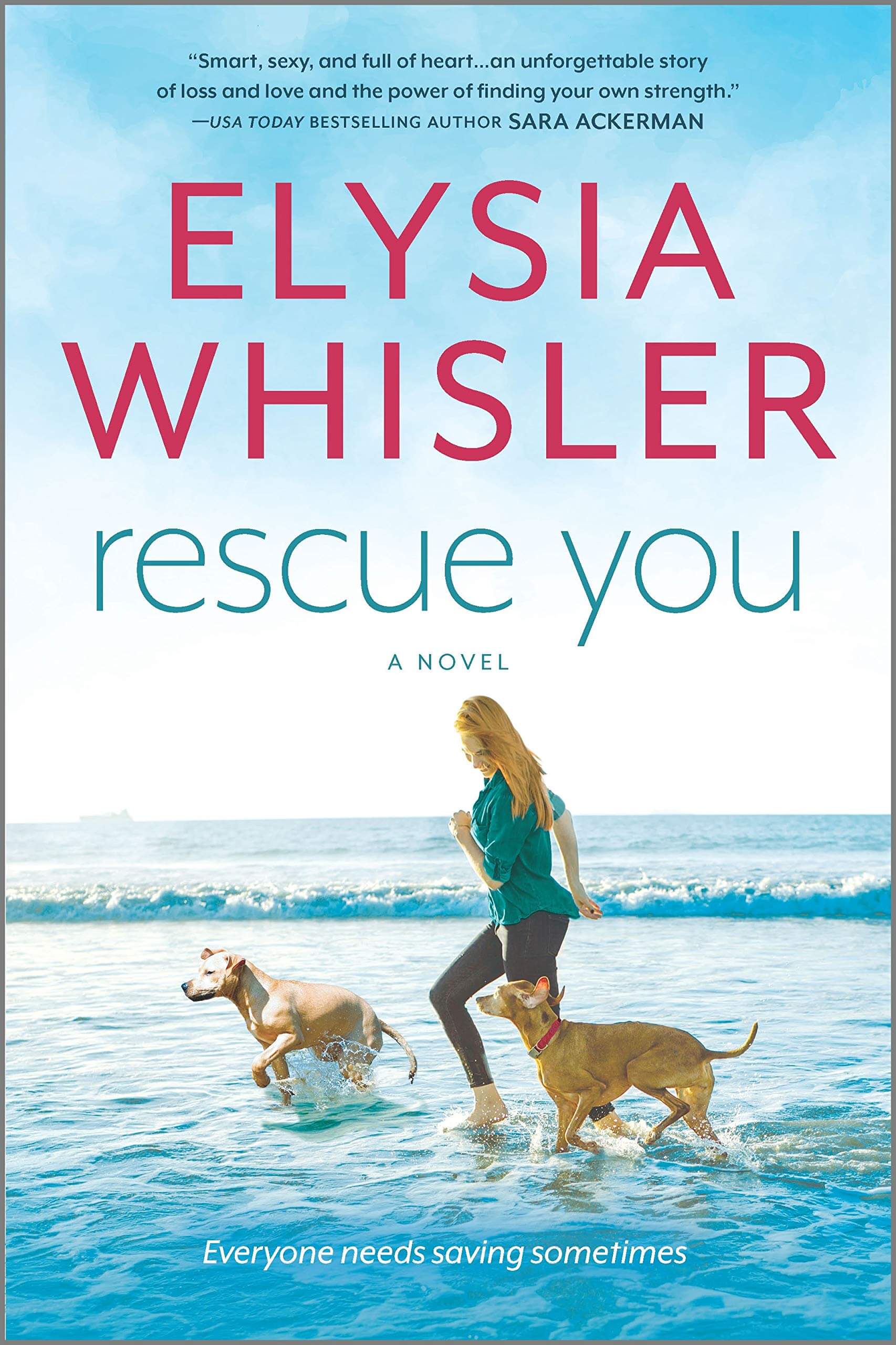 Rescue You by Elysia Whisler

The dog rescue that Constance works at is the only thing keeping her afloat, especially after the hard year she’s had. In an effort to change things up, she impulsively joins a new gym … despite the gyms prickly owner, Rhett Santos. His gym was meant for refuge for his former-military brothers, and to sweat out his own issues. The funny redhead he let jin his gym didn’t seem like a problem, until she starts to wiggle her way past his hard-won defenses. But when the dog rescue is threatened, the sister have to fight to protect it, and they’ll need all the help they can get. Maybe not everyone is past rescuing, sometimes it just takes the right person – or dog – to save them. 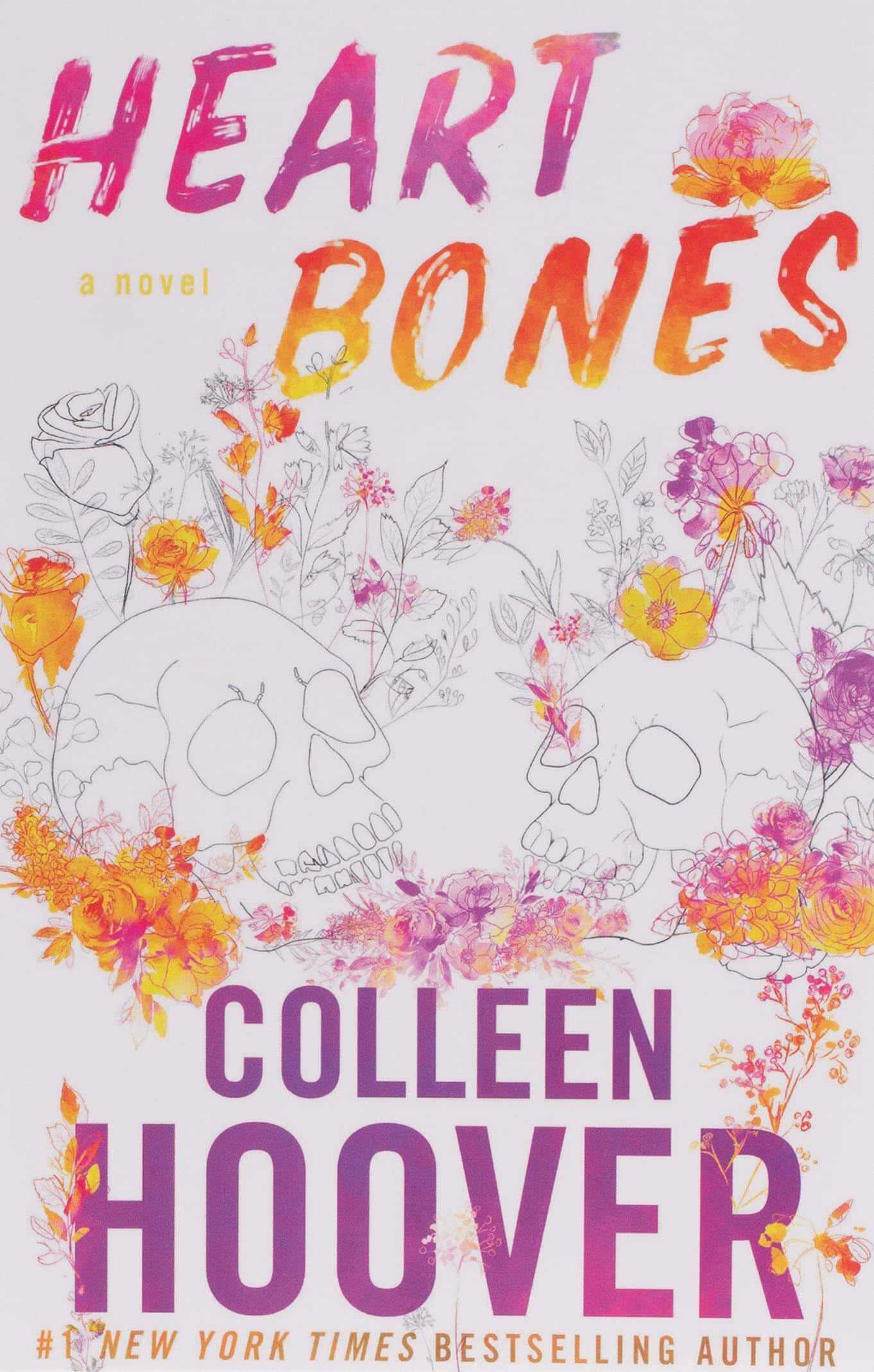 When Beyah is forced to spend the remainder of her summer on a peninsula in teas with a father she barely knows, she runs into a bit of snag in her “let-the-summer-slip-by-seamlessly” plan when she she meets Samson. Beyah and Samson have absolutely nothing in common, at least on the surface. She comes from a life of poverty and neglect, while he comes from a family of wealth and privilege. However they both seem to be drawn to sad things, and therefore are drawn to each other. With an almost immediate connection too intense for them to continue denying, Beyah and Samson agree to stay in the shallow end of a summer fling. What Beyah doesn’t realize is that a rip current is coming, and it’s about to drag her heart out to sea. 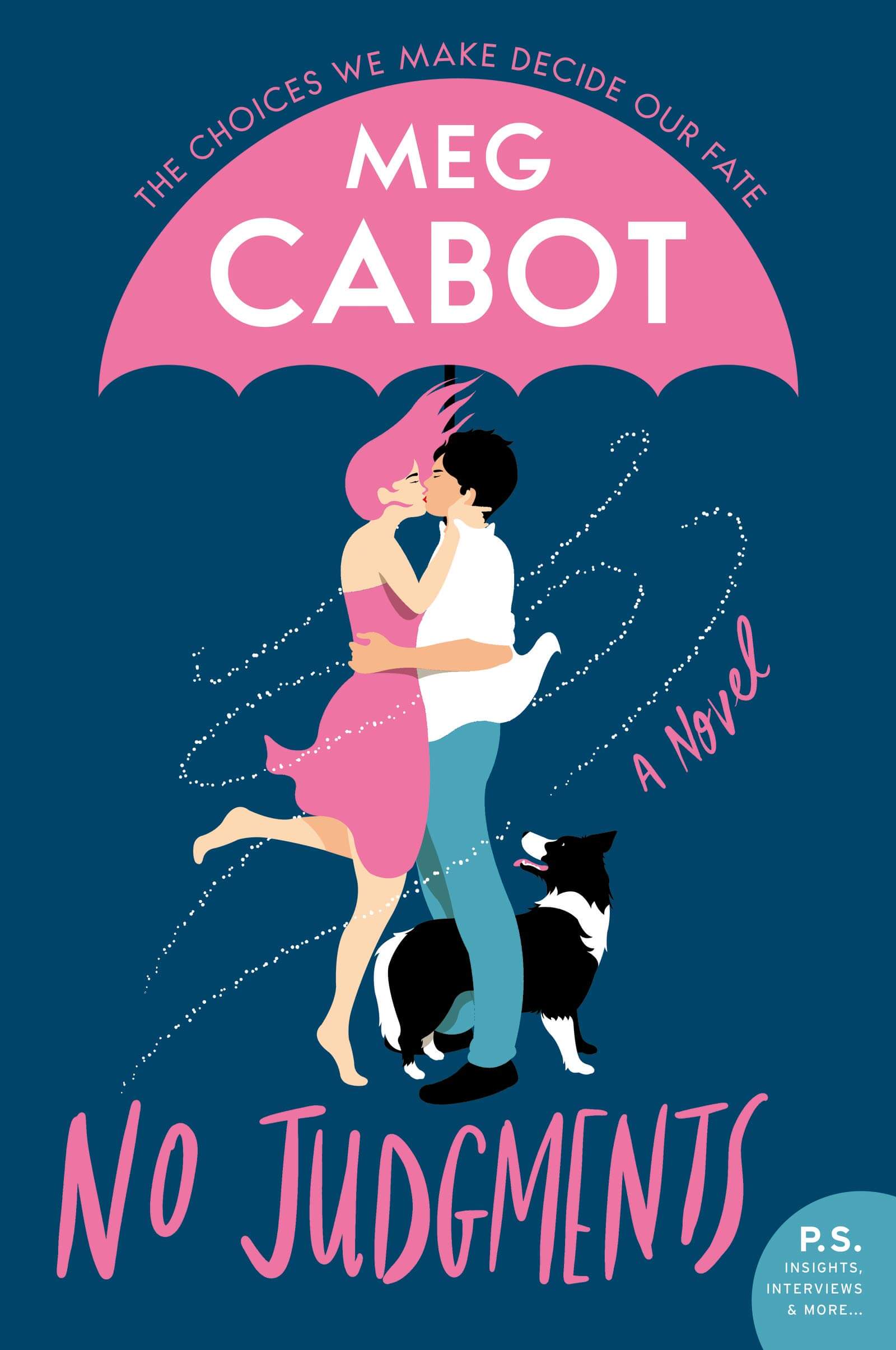 No Judgments by Meg Cabot

Escaping her emotionally abusive ex was a hard enough, so surviving a hurricane seems like a piece of cake for Bree Beckham. However, she starts to get concerned when she realizes how many islanders have been cut off from their beloved pets, so now its up to her to save as many of Little Bridge’s cats and dogs as she can. She’s going to need some help though, so she has no choice but to accept help from her boss’s sexy, and notorious heartbreaker nephew, Drew Hartwell. Is their island fling just a result of stormy weather, or will it last during clear skies too? 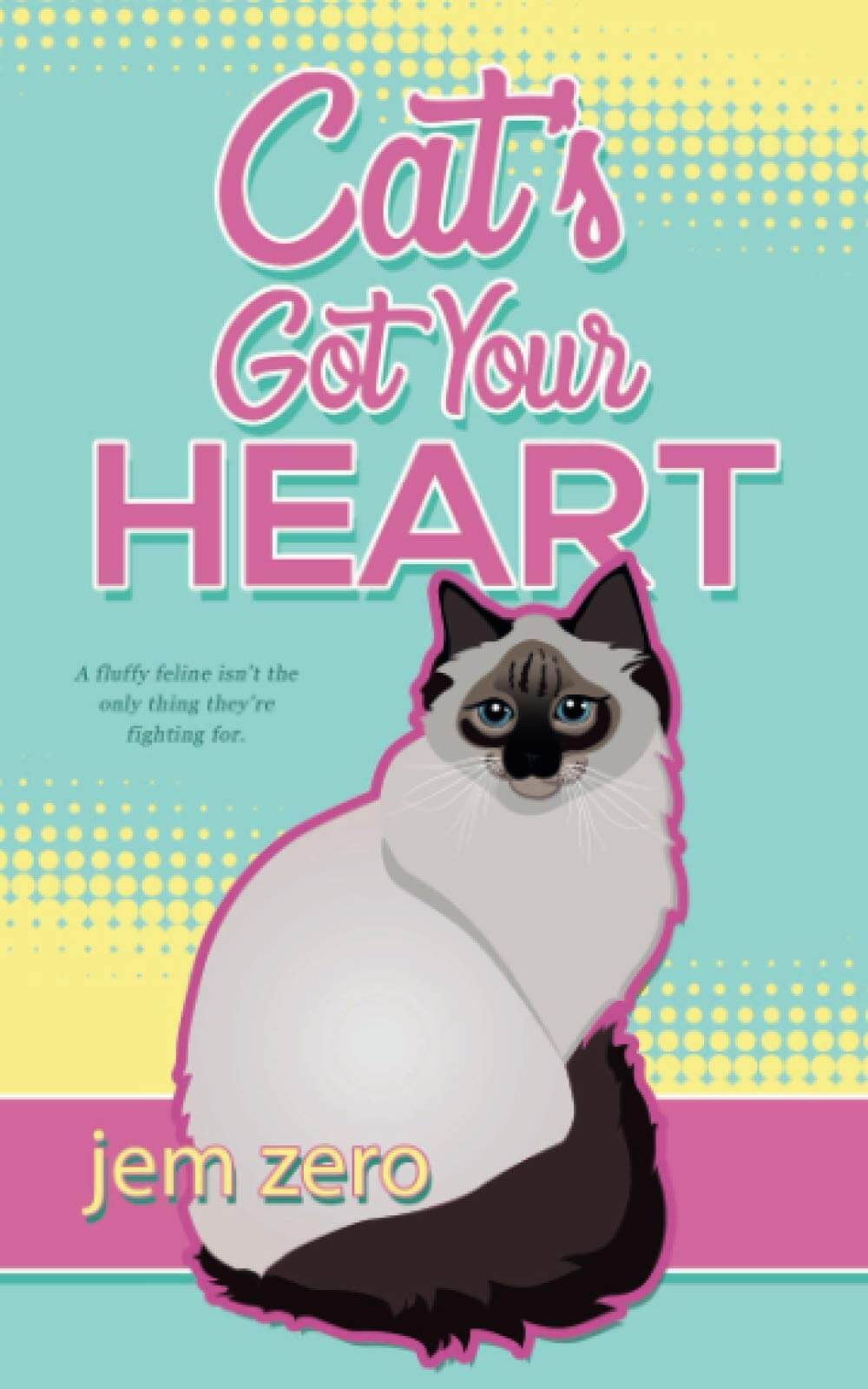 Cat’s Got Your Heart by Jem Zero

Who would ever imagine a cat bringing two people together? Definitely not Jericho Adams and Harinder Mangal. Jericho doesn’t think adopting a cat is that hard, until he meets Harinder, the surly pet store employee who loves animals … and hates customers. Harinder hates Jericho’s attitude, and yet he overcomes every obstacle that Harinder can throw his way. Harinder finds himself unexpectedly homeless. Despite their mutual antagonism, Jericho invites Harinder to crash at his place. The increased proximity makes it difficult for Harinder and Jericho to maintain their respective ruses, not to mention stopping themselves from actually caring about their pet-parenting rival. 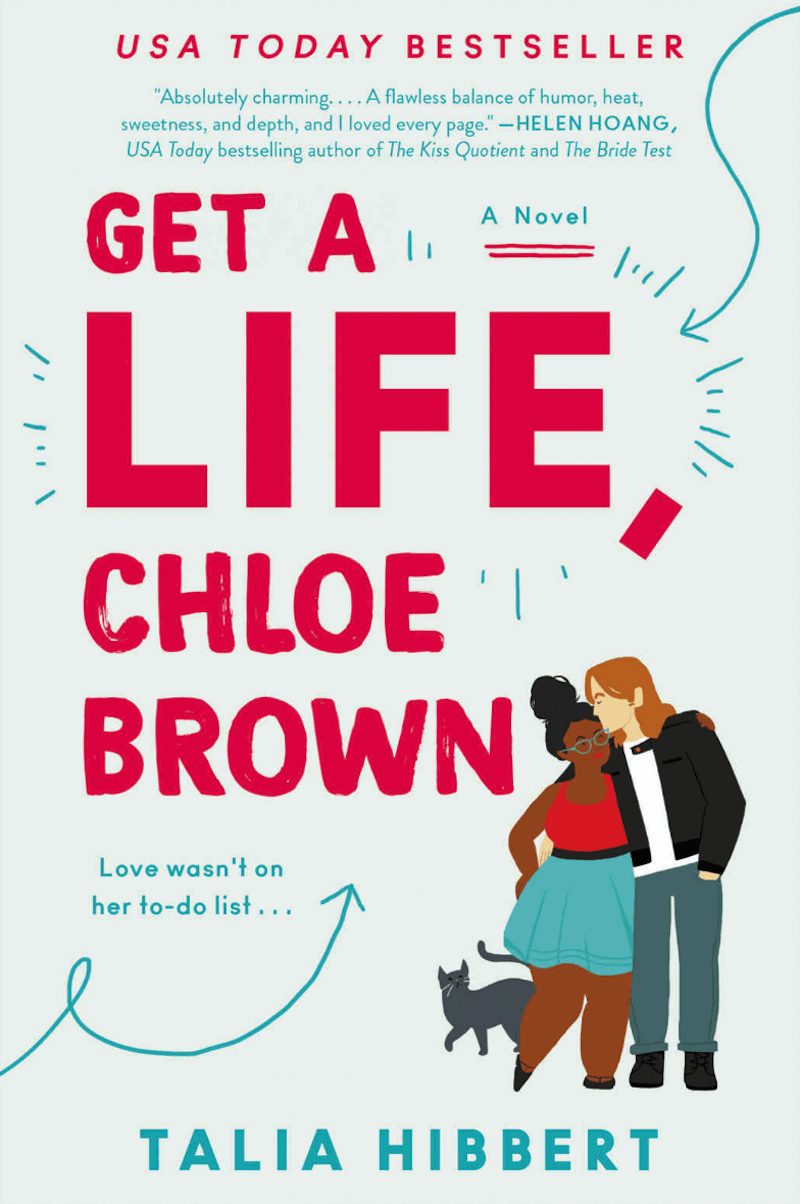 Chloe speaks her mind and doesn’t rely on anyone. Her strength and humor shine throughout the novel, making her extremely likable. Her chemistry with Red, her apartment superintendent, is off the charts – this enemies-to-lovers romance is full of steam. As Red begins to help Chloe with her list to “Get a Life,” what starts as a silly adventure turns into a very sweet, tender love story.