It’s that time of year again: where pink candy hearts are thrown in your face and the singles of the world quietly sit by cursing the existence of this holiday. This year is a little different as most people will be holding special dates privately inside and making sure to social distance. For those of you who have no romantic plans, have no fear, I have some great book boyfriends to make your Valentine’s or Galantine’s day your best yet. Steamy reads that will warm your cheeks and wish for some time alone. Happy Reading! 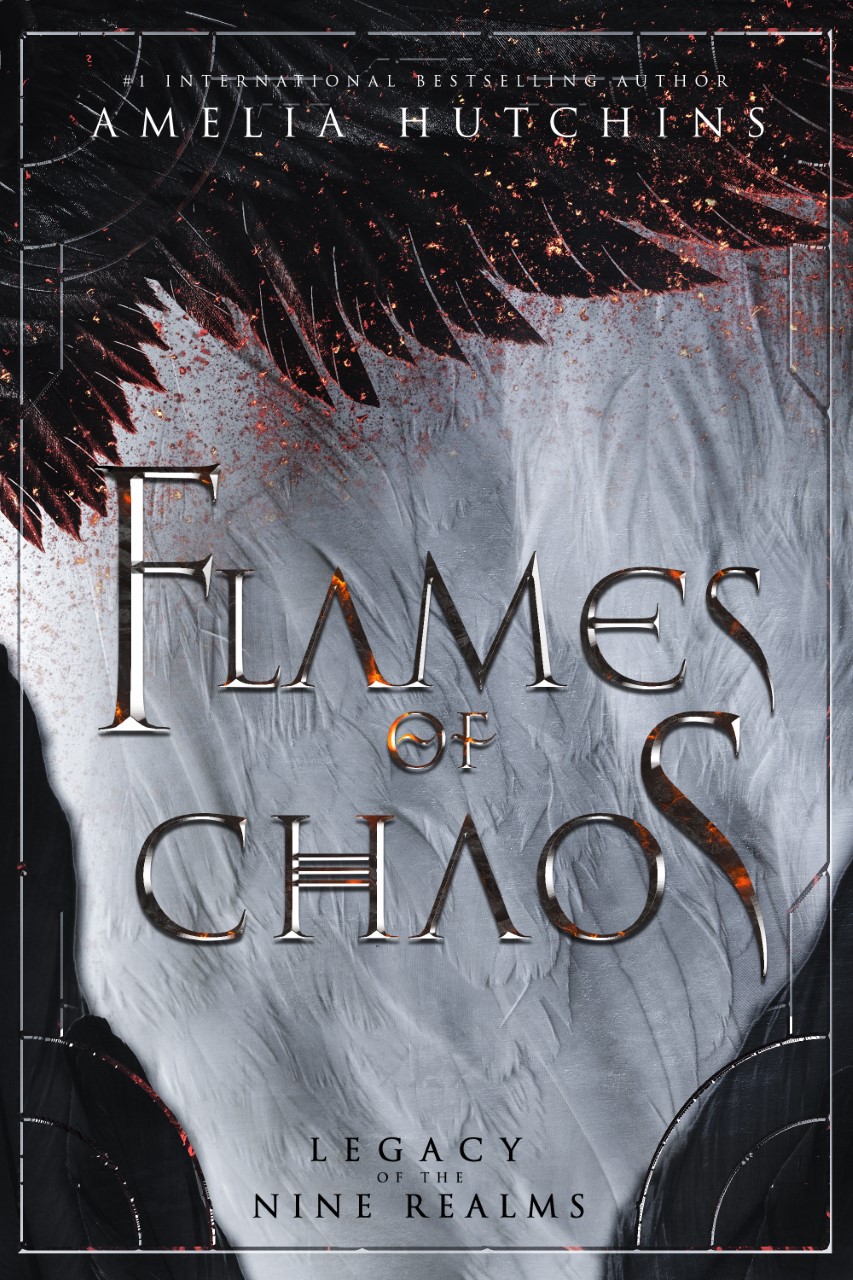 This book is not for the faint of heart; it’s for those who enjoy dark humor and wild rides. Essentially it gives “enemies-to-lovers” a whole new meaning. When Aria, a witch from the Hectate bloodline, returns to Haven Falls to uncover the mystery behind her sister’s disappearance, she runs into the self-appointed king Knox. Knox’s mission was simple, get in, kill the witches, and declare war in the Nine Realms. He planned for anything and everything, except Aria Hectate, the little witch that haunts his soul and makes him question his hunt for vengeance. Sparks fly when Aria and Knox meet, and not the good kind, the kind that will consume everything in its wake. Either way, war is brewing, sides are taken, and blood will be spilled as Aria and Knox embrace their destiny. 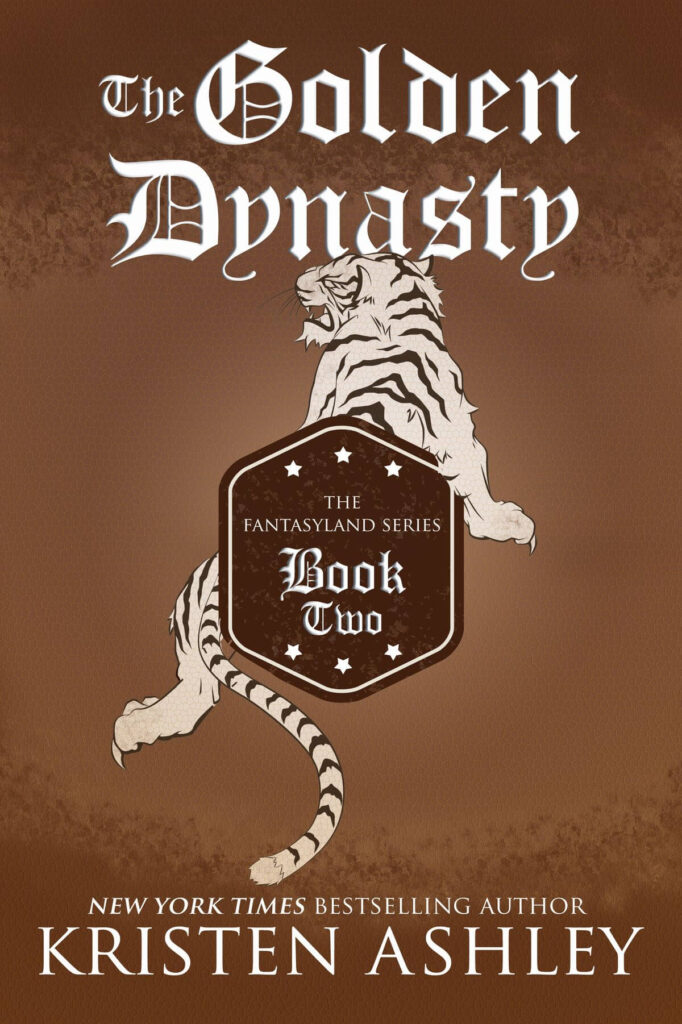 Circe Quinn is having the day from hell. Thrust quite literally into an alternate universe, she wakes in a corral filled with other women all wearing sacrificial clothing. She thinks she’s trapped in a wild dream, but much to her dismay, when pinching doesn’t work, she’s forced (literally) to accept her new destiny. The women tell her one simple thing, ‘don’t catch the attention of the Dax’. Dax Lahn is the king of Suh Tunak, it’s his responsibility to protect and lead his people. He’s fearless, strong, and savage, everything that frightens Circe. It only takes Lahn one look to know that he will claim Circe as his queen. With no other choice, she learns the language, customs and adjusts to her new reality. But being Queen of the Horde comes at a heavy price, relationships are tested, secrets are whispered, and trust is broken as Circe tries to find her footing as Queen of the Horde. 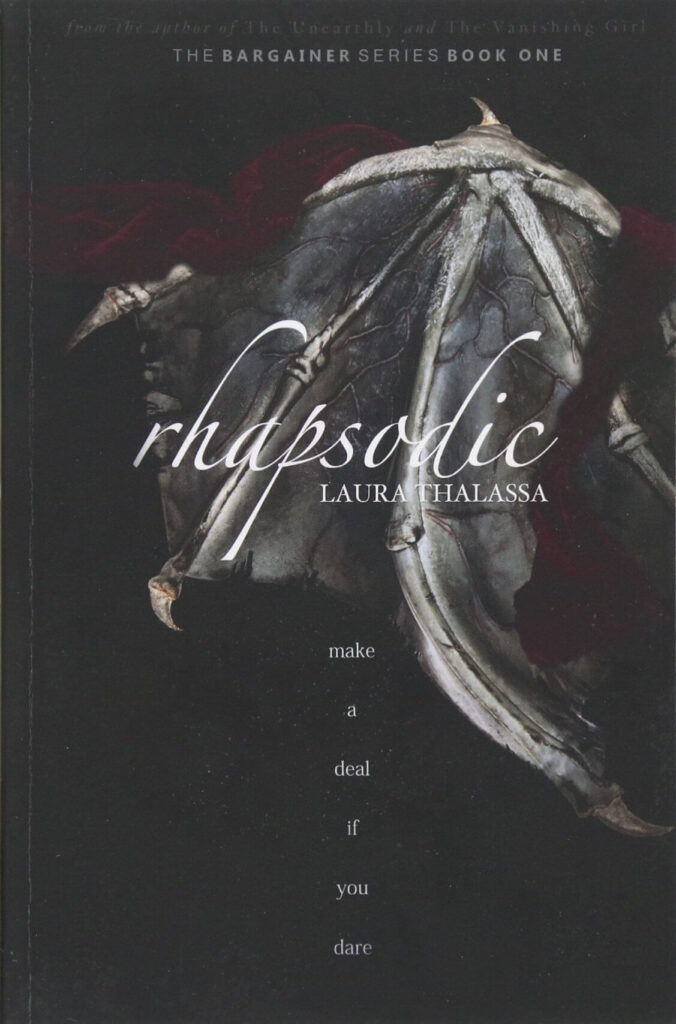 This captivating read may be another second chance romance, but it’s SO MUCH MORE. It follows Cally and Des on their journey of friendship, intimacy, and redemption. Cally Lillis is a siren who has been collecting a bracelet full of black beads for longer than she could remember. Each bead represents a magical IOU that needs to be fulfilled. As a child, she was lost, alone, and kept calling for the bargainer to keep her company. But after one magical night, he disappears from her life. Hurt and betrayed, Cally does everything she can to protect her heart and forget Desmond Flynn. But everyone knows what the Bargainer’s favors come at a steep price. Seven years have passed and Desmond is back, ready to collect and Cally Lillis just happens to have everything he wants. 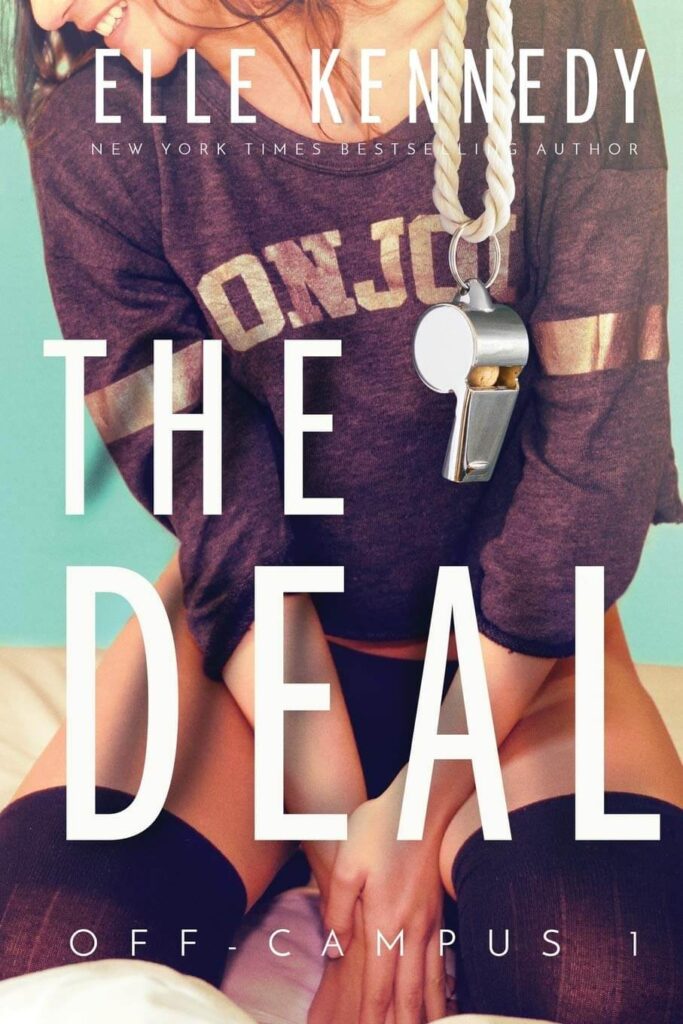 Hannah is crushing hard on Justin Kohls when she accidentally catches the attention of the university’s heartthrob and hockey captain. Garret Graham is everything Hannah hates: good looking, popular, and a total player. Hannah refuses to fall for his charms, but she can’t resist his proposal when it comes to winning over Justin. It’s simple, he’ll help her win the man as long as she helps him pass his class. The plan is solid because everyone knows that men want what they can’t have and what better way to snag Justin than to pretend to be Garret Graham’s girl. What neither of them prepared for was to actually enjoy each other’s company. But after one unexpected kiss, all plans are thrown up in the air as Garret Graham prepares to win the heart of the girl who has quickly stolen his. 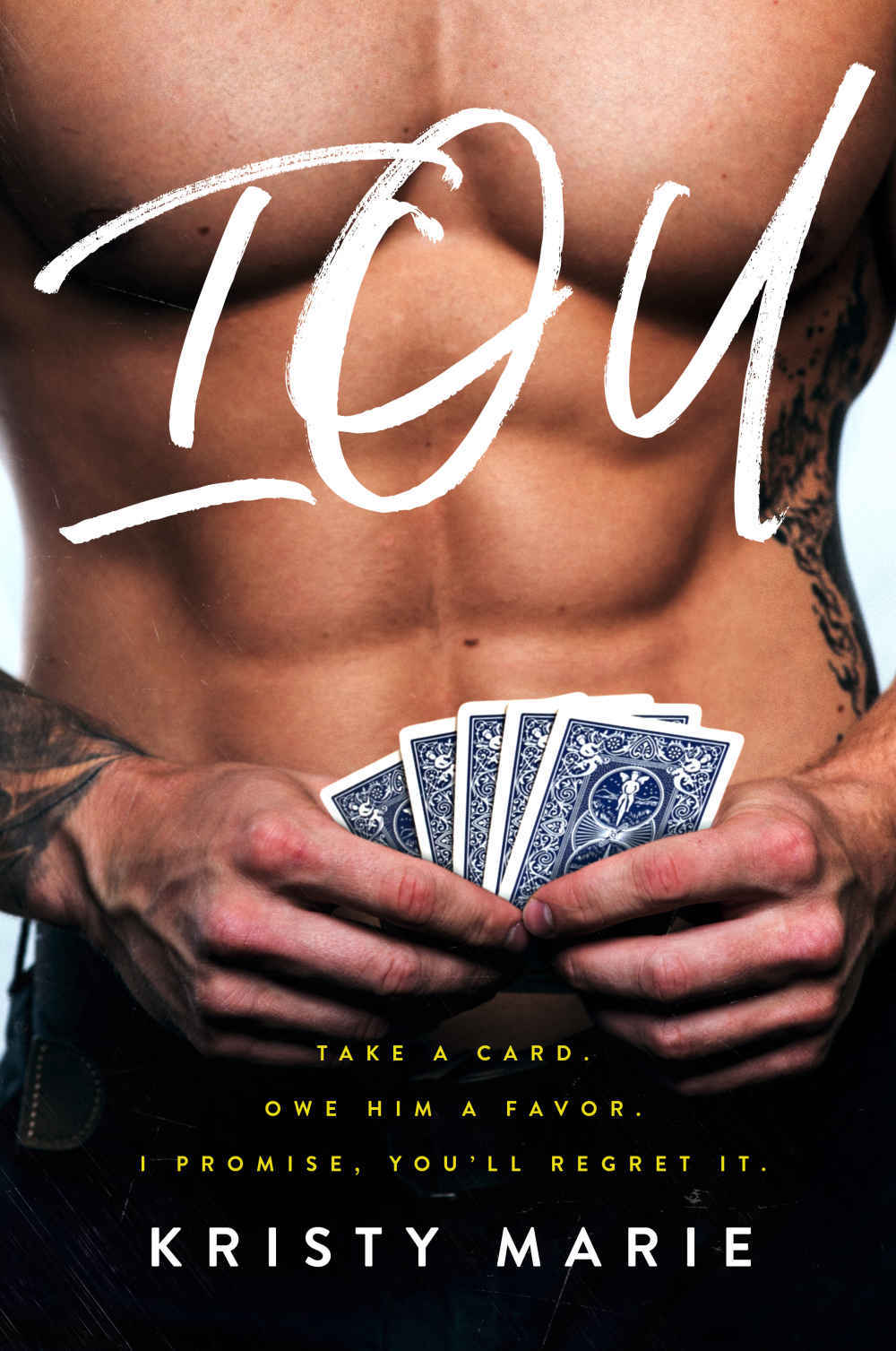 Like anything in life, there is always a price to pay. Maverick is the man you seek out on campus when you need something. It’s simple really, he’ll do what you ask and in return, you owe him a favor when he decides to collect it. Ainsley is a quirky girl who owns her crazy. Sure she’s having the worst day imaginable when she walks in on her boyfriend cheating and accidentally sets their apartment on fire, but it can happen to anyone, right? With no place to live and no money to spare, she sets out to look for Maverick. What either of them never expected was for an IOU that’s life-changing. 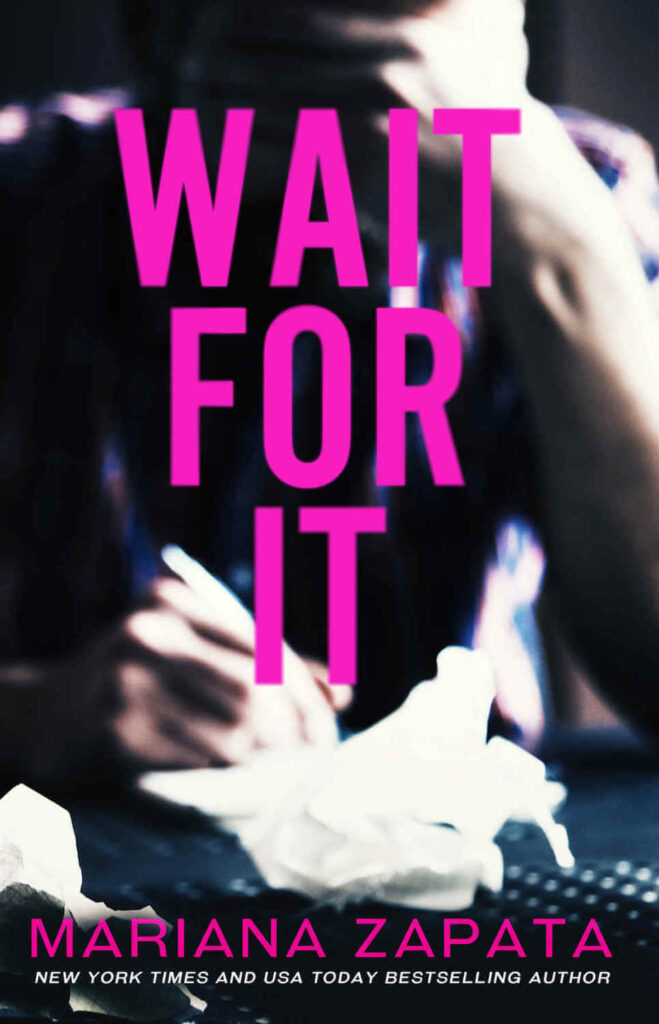 Wait for It – Mariana Zapata

Diana has her whole world shaken when her brother dies and gives her sole custody of his two young sons. She absolutely adores Josh & Lou, but being thrust into a world of motherhood was never part of her plan. She immediately takes on the responsibility, moves into a house, and tries to raise the boys as her brother would have. But what she never expected was her next-door neighbor, Dallas. Dallas is an older man who is quietly living his life. He rarely shows emotions, but he’s Diana’s rock. While trying to juggle her new role as mother and business owner, Dallas steps up to the plate and becomes everything she needs even though they settled on friendship. Slowly the romance begins to burn until you can’t help but love the anticipation of them coming together. 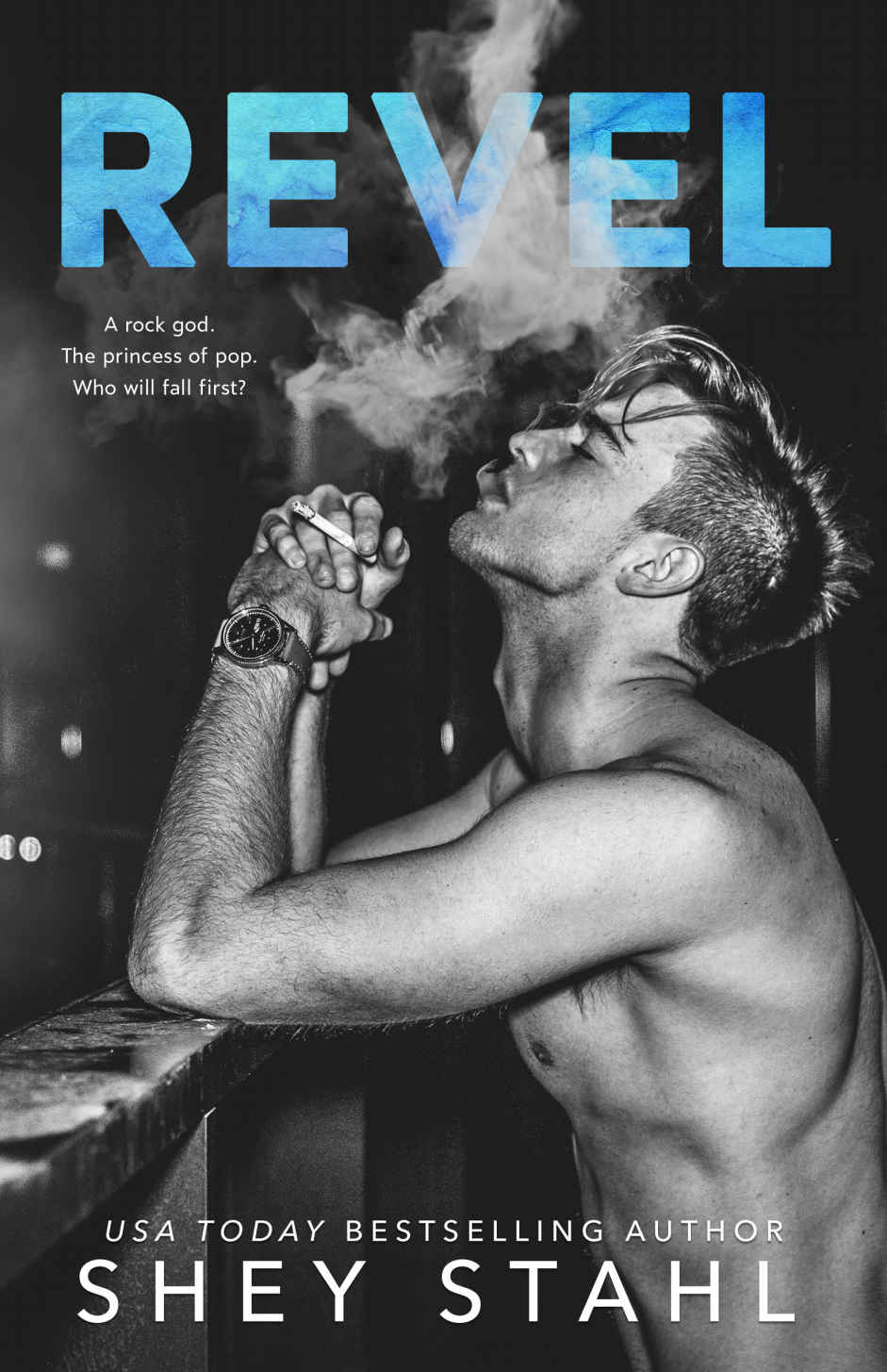 Pop Princess meets Rock God, should I say more? Front man for the world-famous rock band Revved, Revel, lives the life of a Rockstar; sex, drugs, and rock & roll. He could care less about his bad-boy reputation, all he wants to do is have a good time and be left alone. Taylan is the world’s innocent and pure pop princess, but lately, she’s been wanting more from life, so she does something wild and goes on tour with Revved. Total opposites in every sense of the word, they agree to keep their distance, but chemistry can’t be faked and passion can’t always be ignored. Both sick of living under the public eye, they seek solace in each other, and it’s not long before they crave each other’s company. Revel’s and Taylan’s journey is not a sweet journey, it’s ugly and deceptive, it’s intense and drastic, but the reward is oh so sweet.

Want to get a little steamier? Try these 10 steamy erotica short stories you can binge in an afternoon!

About the Author: Gianna Rose