Chick Lit and chill takes on a whole new meaning when you add a side of suspense to the mix. Whether you’re looking for some humor sprinkled in or a thrilling murder mystery, this list of mashups has something for every fan of women’s fiction. Get cozy in your favorite chill spot, whether that’s the beach, poolside or in the A/C—but there’s a chance that these books just might keep you up all night. 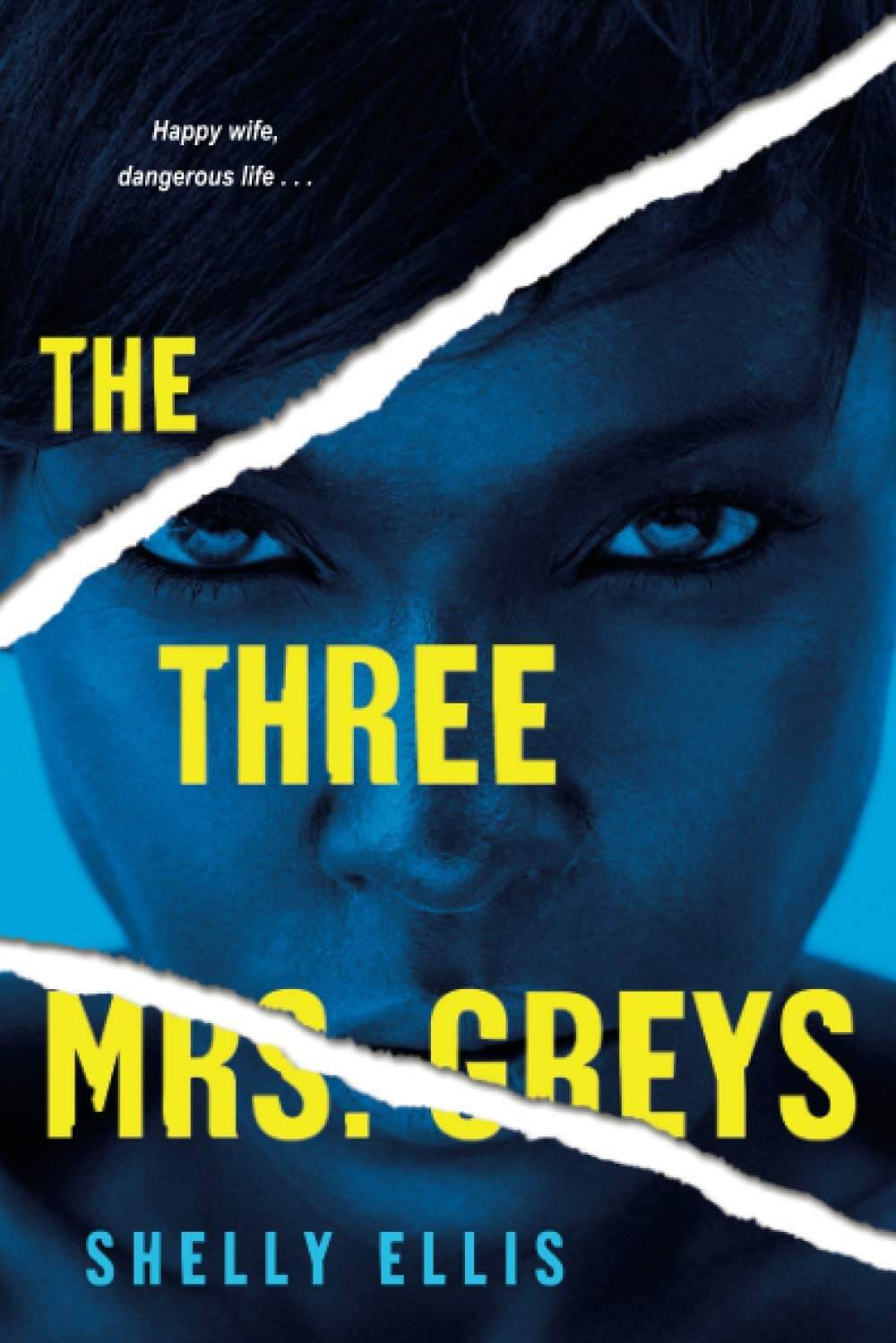 As Cyrus Grey fights for his life in a coma after being nearly shot to death, those closest to him are in a fight as well. Diamond, Vanessa, and Noelle each believe that he is their husband, all the while Cyrus was living a triple life. As secrets start to come to the surface, each wife is faced with more questions than answers.  With Diamond’s past on display, she is the number one suspect, while Noelle starts to realize why Cyrus would never have children with her. Meanwhile, Vanessa has secrets of her own. While Cyrus’s life hangs in the balance, all three Mrs. Greys know their lives will never be the same. 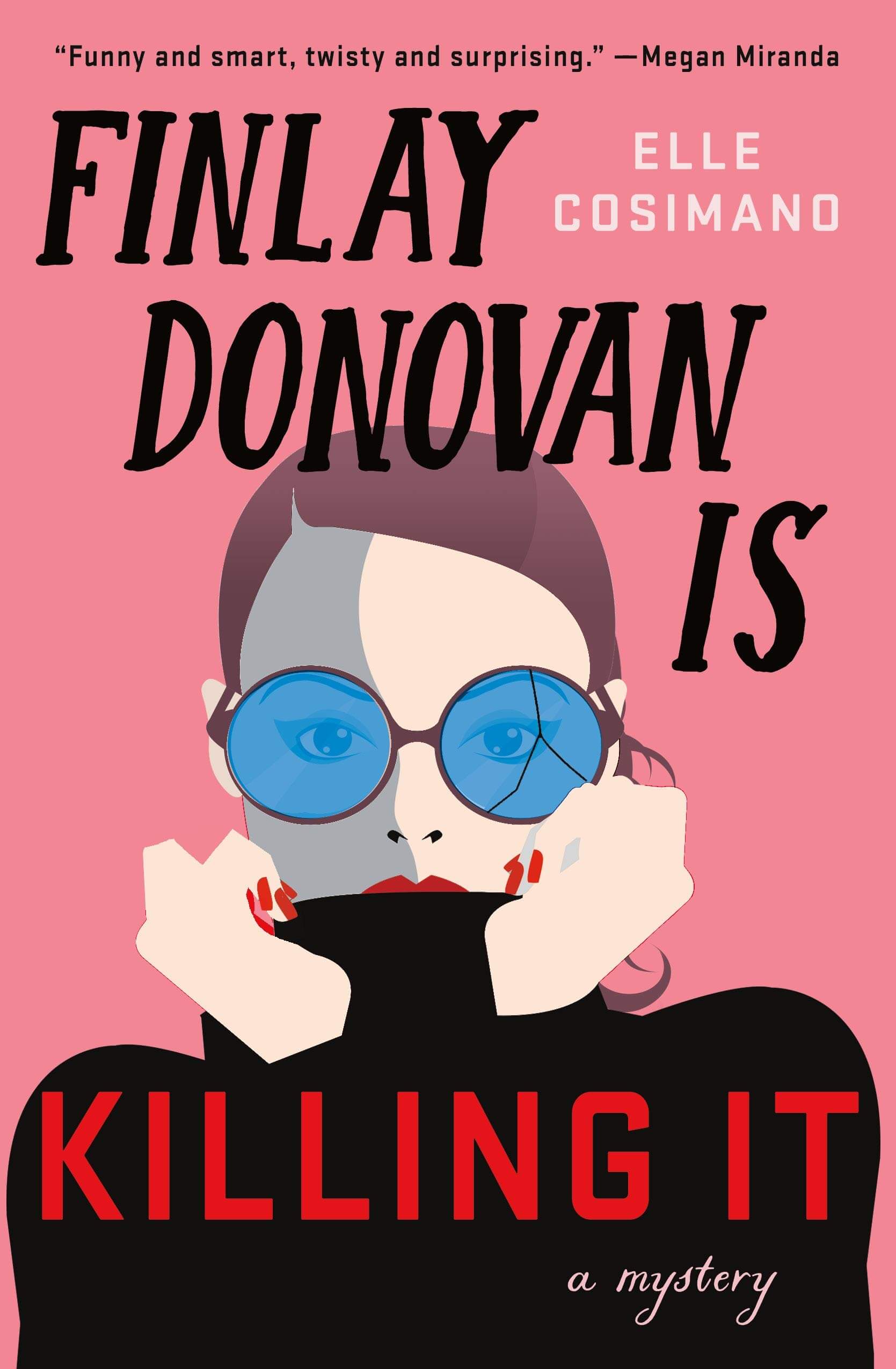 Finlay Donovan’s life is a hot mess, and it seems impossible to clean it up. Raising two kids on her own is a full-time job, and her paid gig as an author has taken a backseat. Under pressure to meet her agent’s deadline and juggle family life, Finlay is barely keeping her head above water. As if things couldn’t get any worse, someone overhears her discussing her thriller at lunch and assumes that she is plotting a murder. When things start to spiral out of control, she finds herself right in the center of an investigation. With life imitating art, Finlay must find a way to convince everyone it’s only fiction.

Here are the top TV/movie adaptations for thriller loves>> 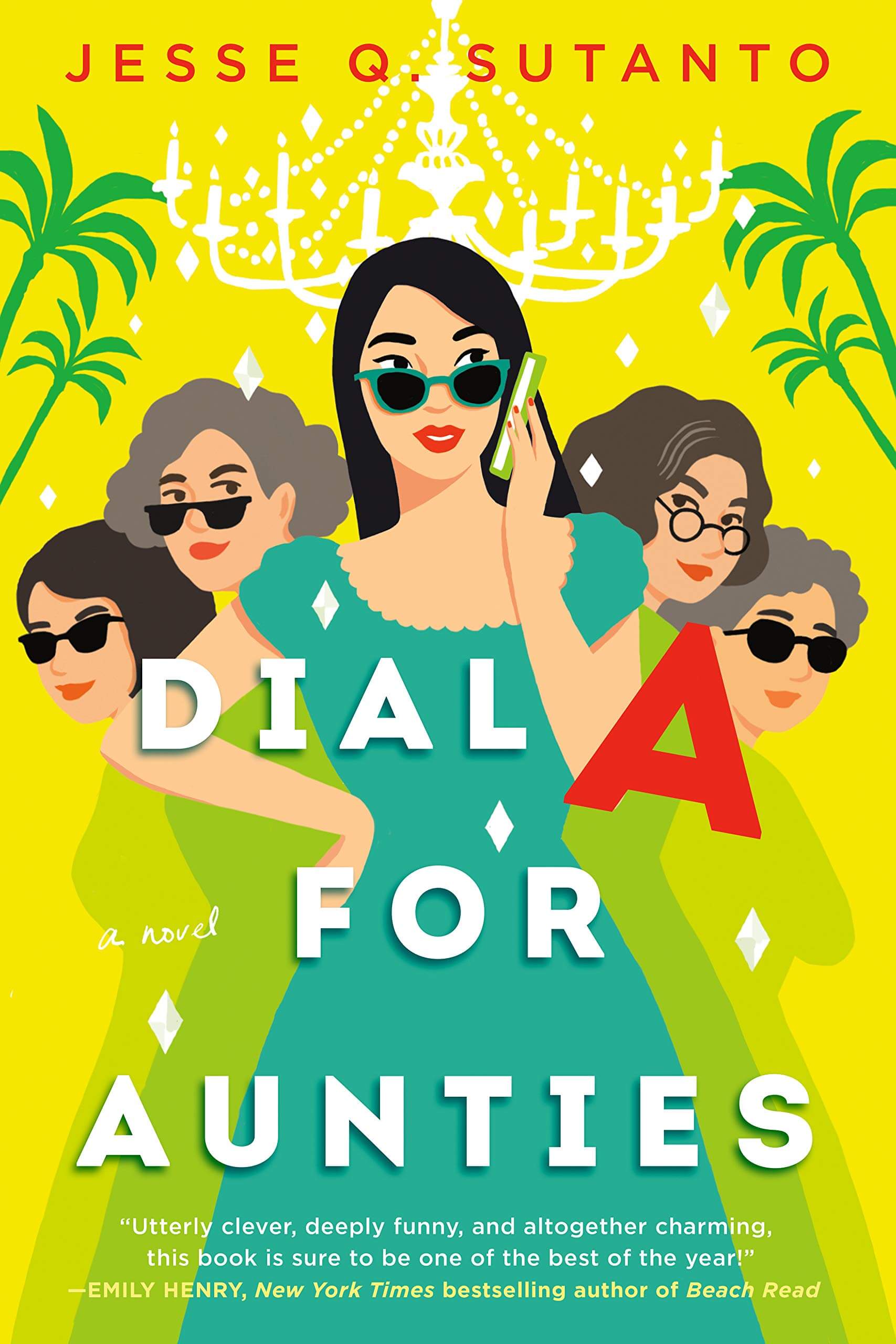 Meddelin Chan is in hot water when she unintentionally kills her blind date. Unsure what to do, she turns to her mom who then gets her aunts on board to help. They concoct a plan to get rid of the evidence, but things go awry when the cake cooler containing the body gets shipped to a wedding that her family is catering to. With this being one of the biggest jobs the family has had yet, the Chans are determined to make it through the day, dead or alive. But when Meddy’s ex shows up, chaos ensues. As the couple proclaims, ‘til death do us part,’ Meddy wonders if she can get away with murder. 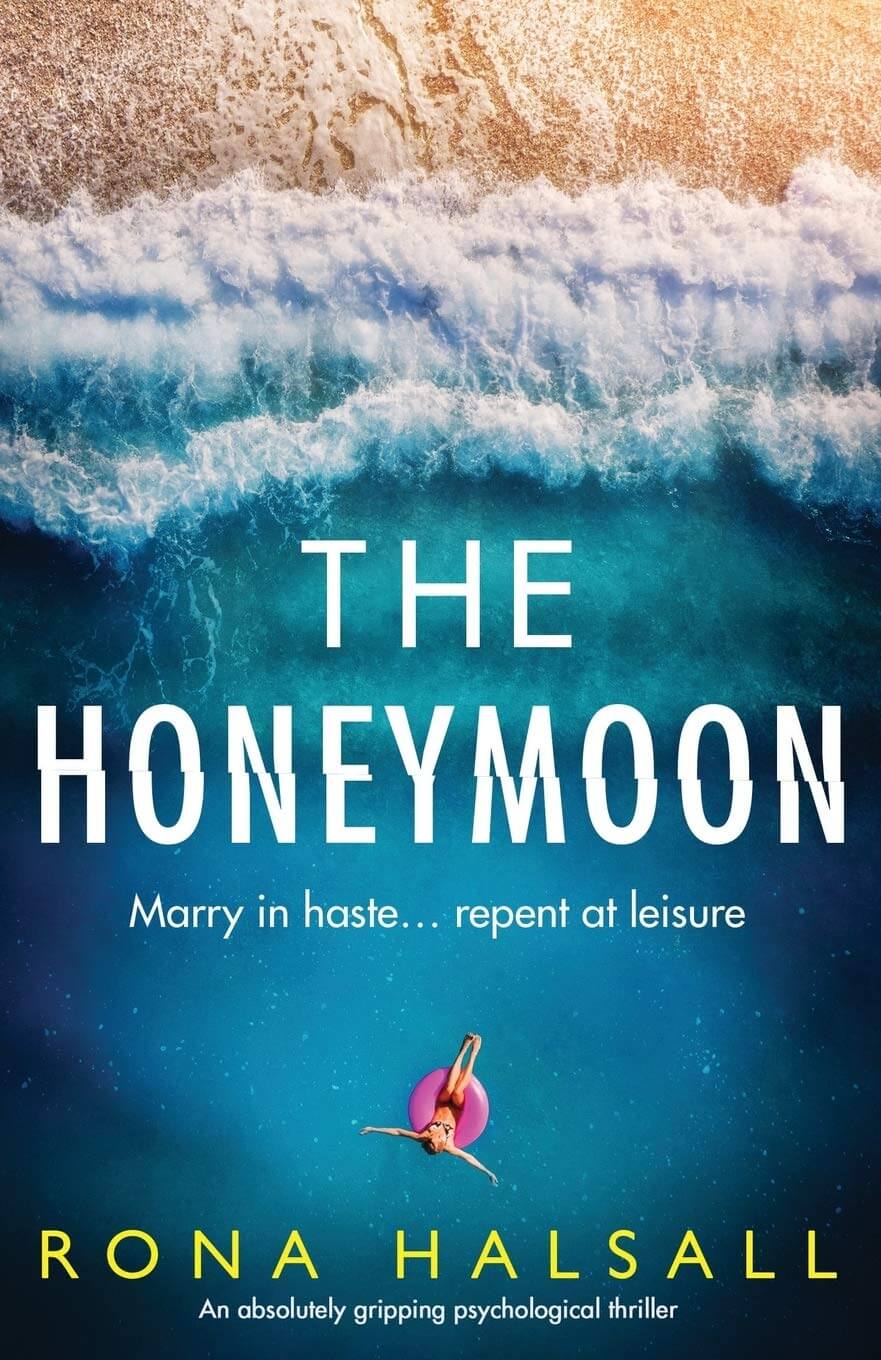 The Honeymoon by Rona Halsall

At long last, Chloe feels like she’s met the love of her life. She had a rough start, with both of her parents passing away at a young age. Now, she’s a successful physiotherapist and about to marry the man of her dreams. Everything seemed like a dream come true, from walking down the aisle to their blissful honeymoon in paradise. But when her new husband Dan comments that they should just stay on the island, something tells Chloe that he’s not joking. As the days pass, it becomes clear that he was serious and even more obvious that her new life has quickly taken a turn for the worst. 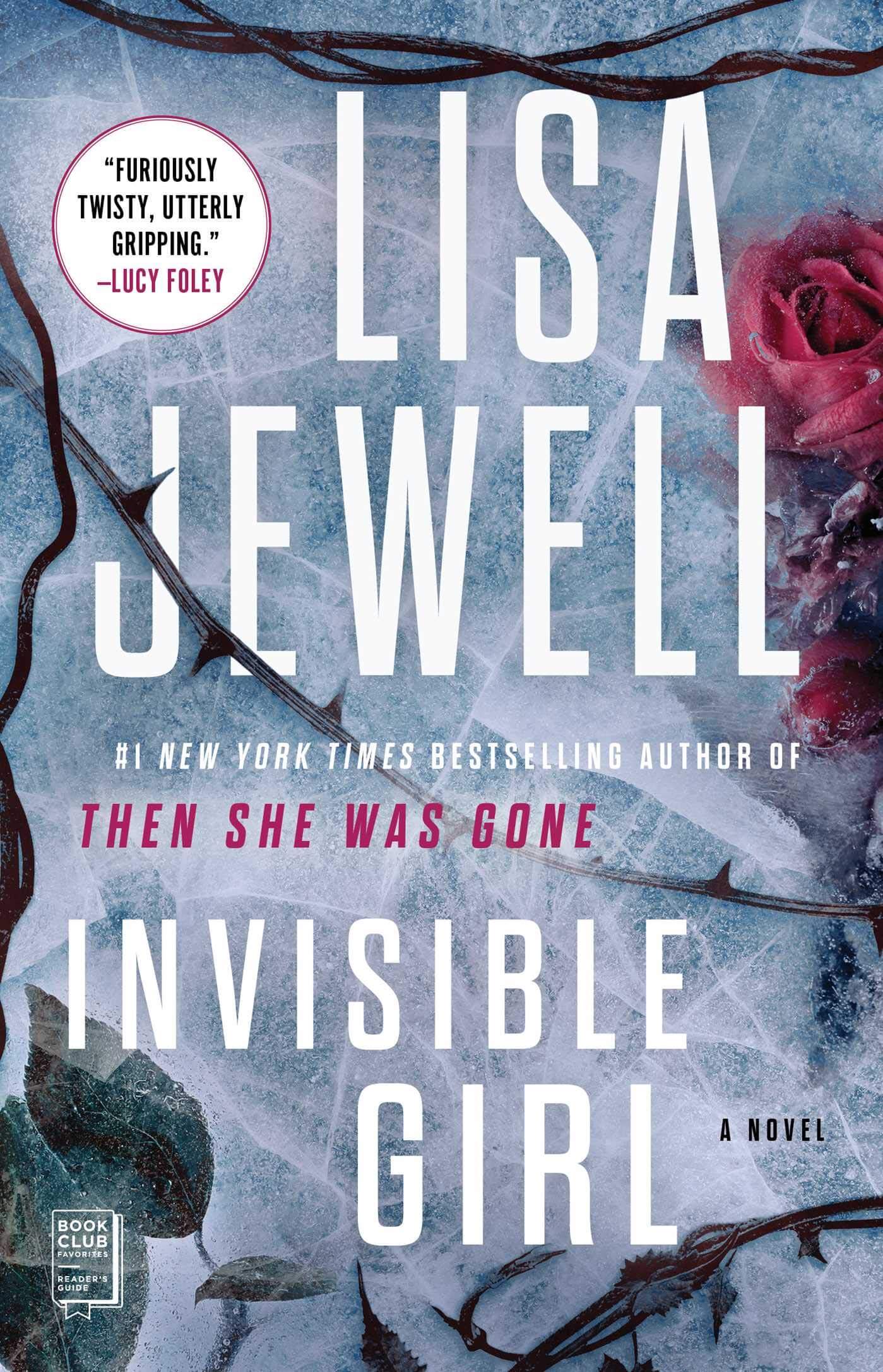 From a young age, Saffyre Maddox was seen consistently by well-known psychologist Roan Fours. When he decides that she no longer needs to be in therapy, Saffyre is crushed. In an effort to find ways of seeing him, she starts scoping out his neighborhood at night and spying on him while he’s at the office. She soon learns that things aren’t always what they seem, and Dr. Fours has secrets of his own. When she suddenly vanishes without a trace, and Roan’s neighbor Owen is accused of following his daughter home one night, everyone starts to wonder who is really responsible for Saffyre’s disappearance. 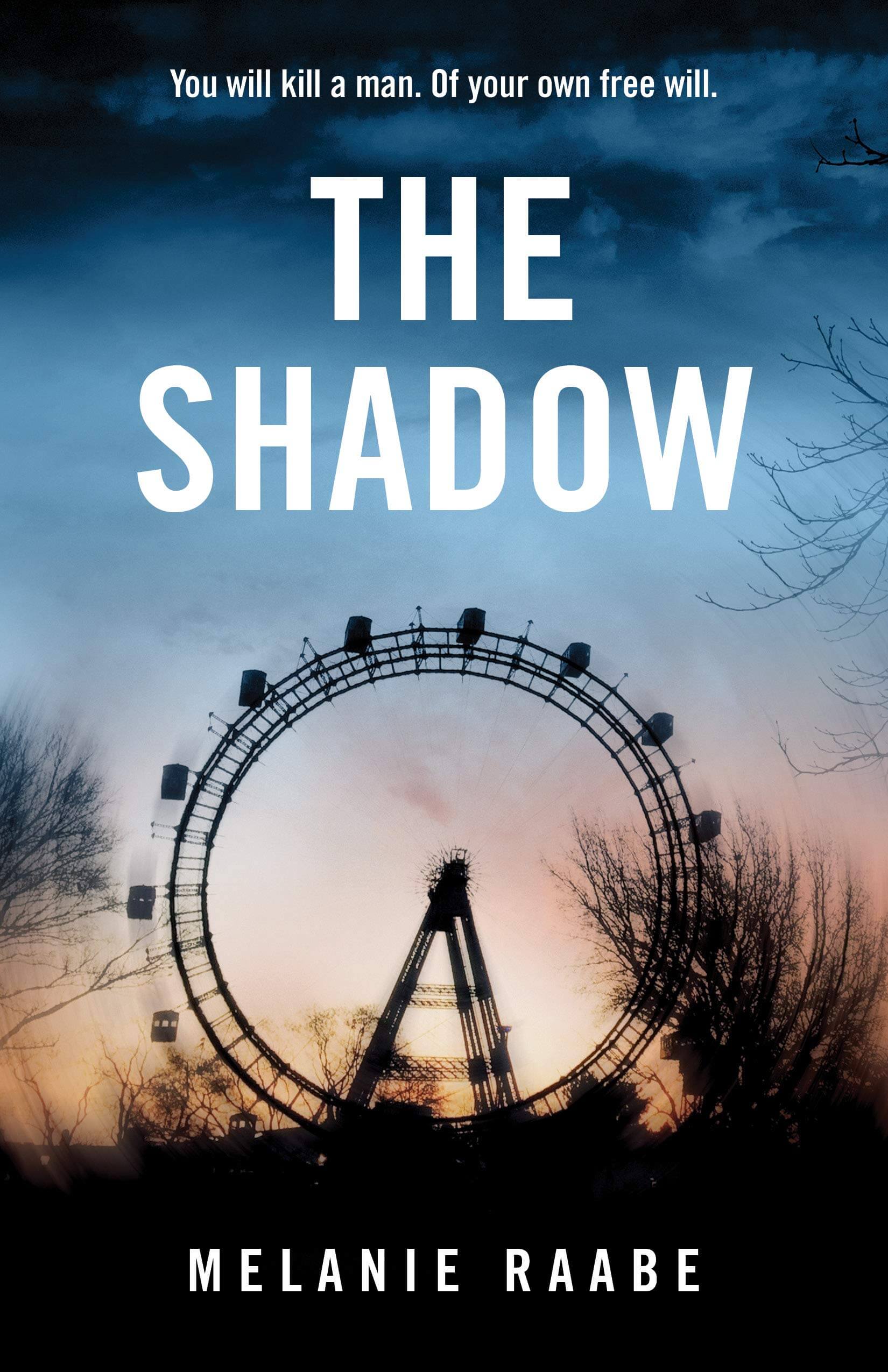 The Shadow by Melanie Raabe

Norah Richter is ready to make a fresh start in Vienna, so she packed up her bags and left her past in Berlin. As she was approaching her office one morning, a random stranger stops Norah to tell her that she will knowingly kill a man named Arthur Grill on February 11th. She brushes it off, even though something awful had actually happened to her on that date years ago. However, the coincidence turns creepy when a few days later she meets a man named Arthur Grimm. Confused and concerned, Norah is determined to get to the bottom of it, even if that means revisiting her painful past. 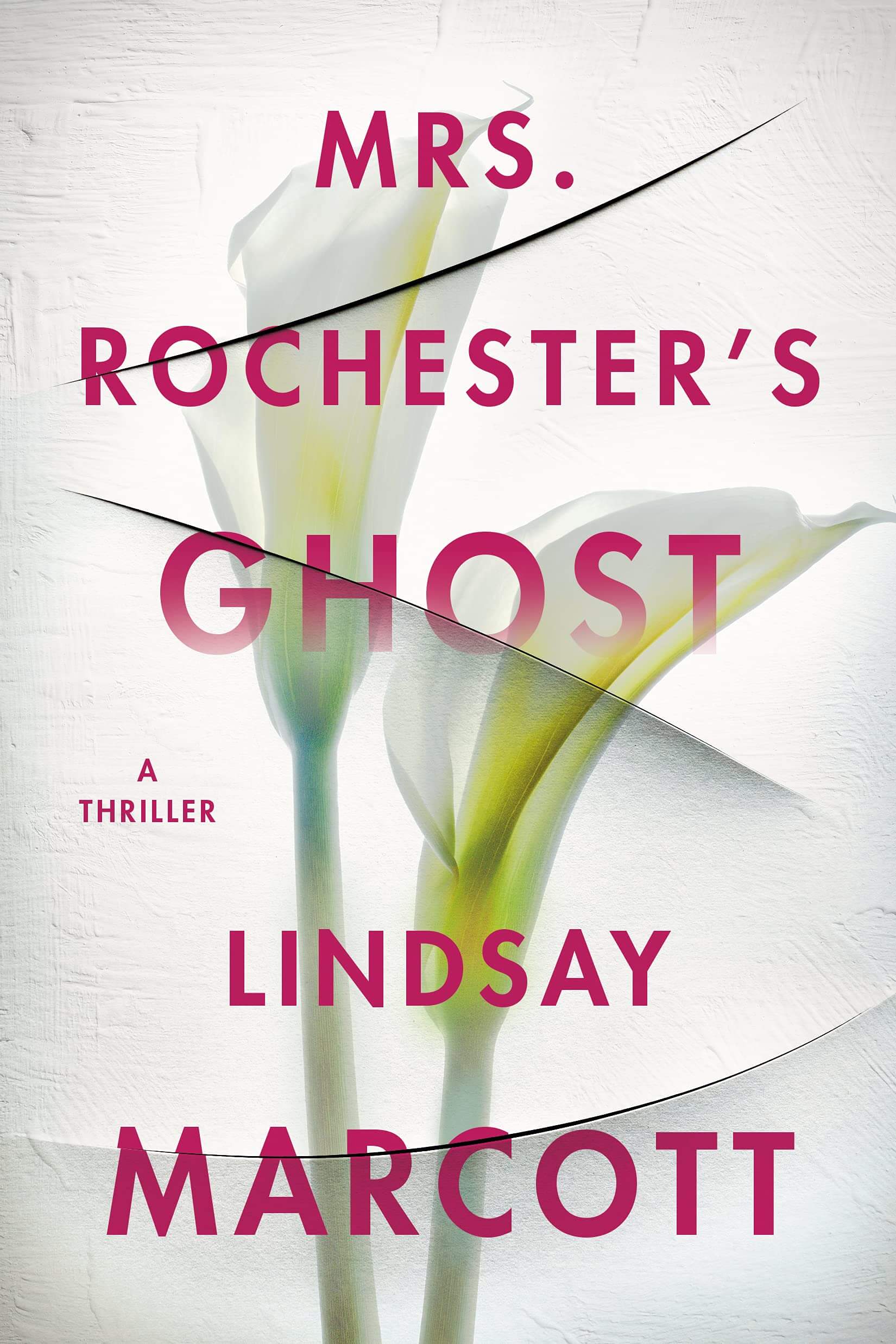 Jane has nothing left to lose; she’s already lost her mom as well as her job, and now she’s homeless. So, when a friend phones and gives her a place to stay, it’s an offer she can’t refuse. Unfortunately, Evan Rochester’s estate doesn’t turn out to be a dream home; in fact, it’s more like a nightmare. He has been accused of killing his wife, but he swears that she drowned. Jane believes him and her feelings of empathy turn into infatuation as she becomes close to his teenage daughter along the way. But just as she’s starting to feel comfortable, ghostly visions start to appear, making her question Evan’s innocence. 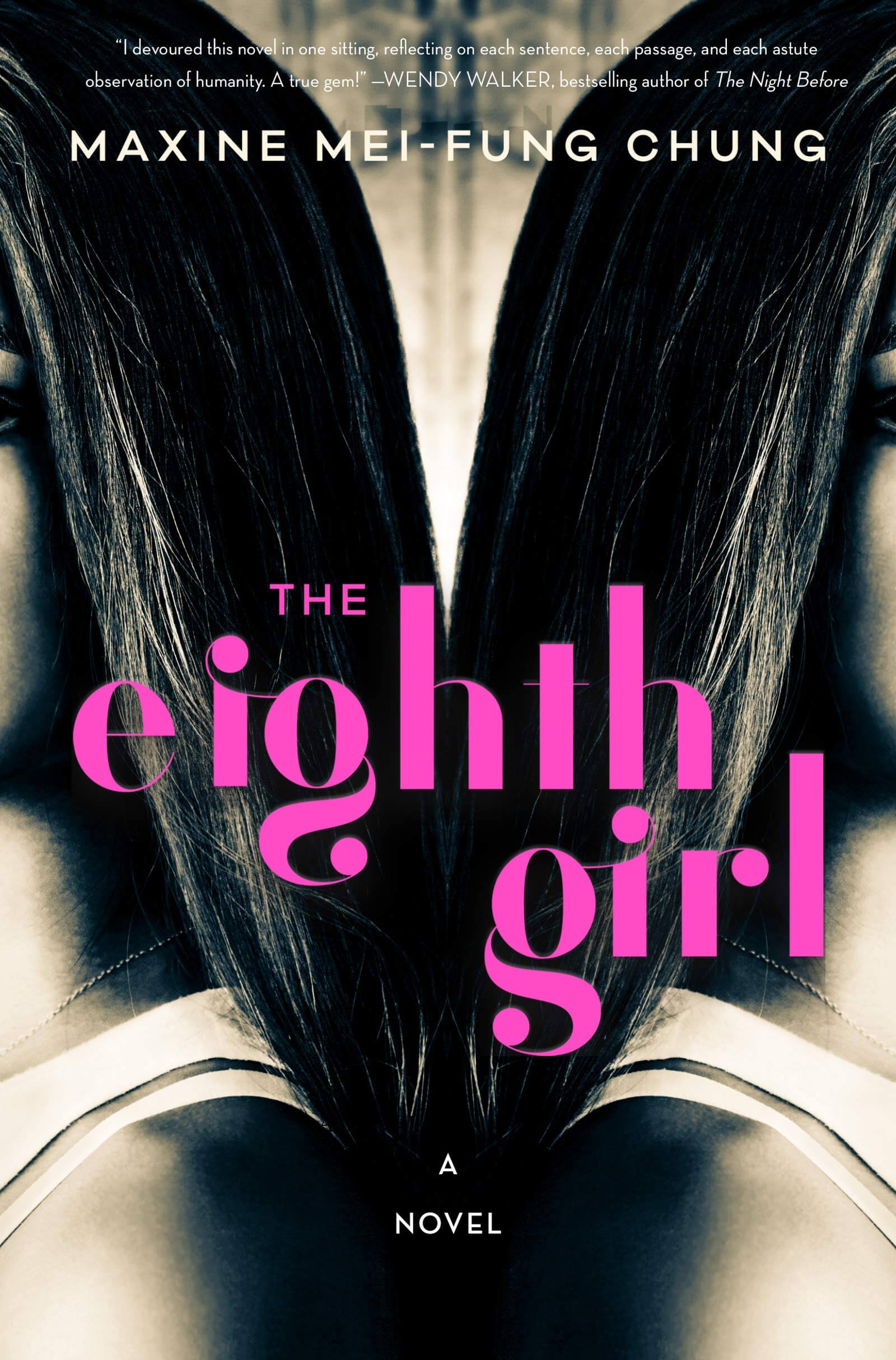 Alexa Wú Is both bright and beautiful but there’s just one thing…or a few things. She is held hostage by multiple personalities but is also aware of the chaos she is capable of creating. When her friend Ella takes a position at a swanky gentlemen’s club, she captures the attention of the seedy owner and soon finds herself socializing with a new group of people. When their circles end up intersecting, Alexa learns a dangerous secret and follows Ella into a treacherous part of town. With both of the ladies in danger, Alexa will find out if her alternate personalities can save them or be what ends them. 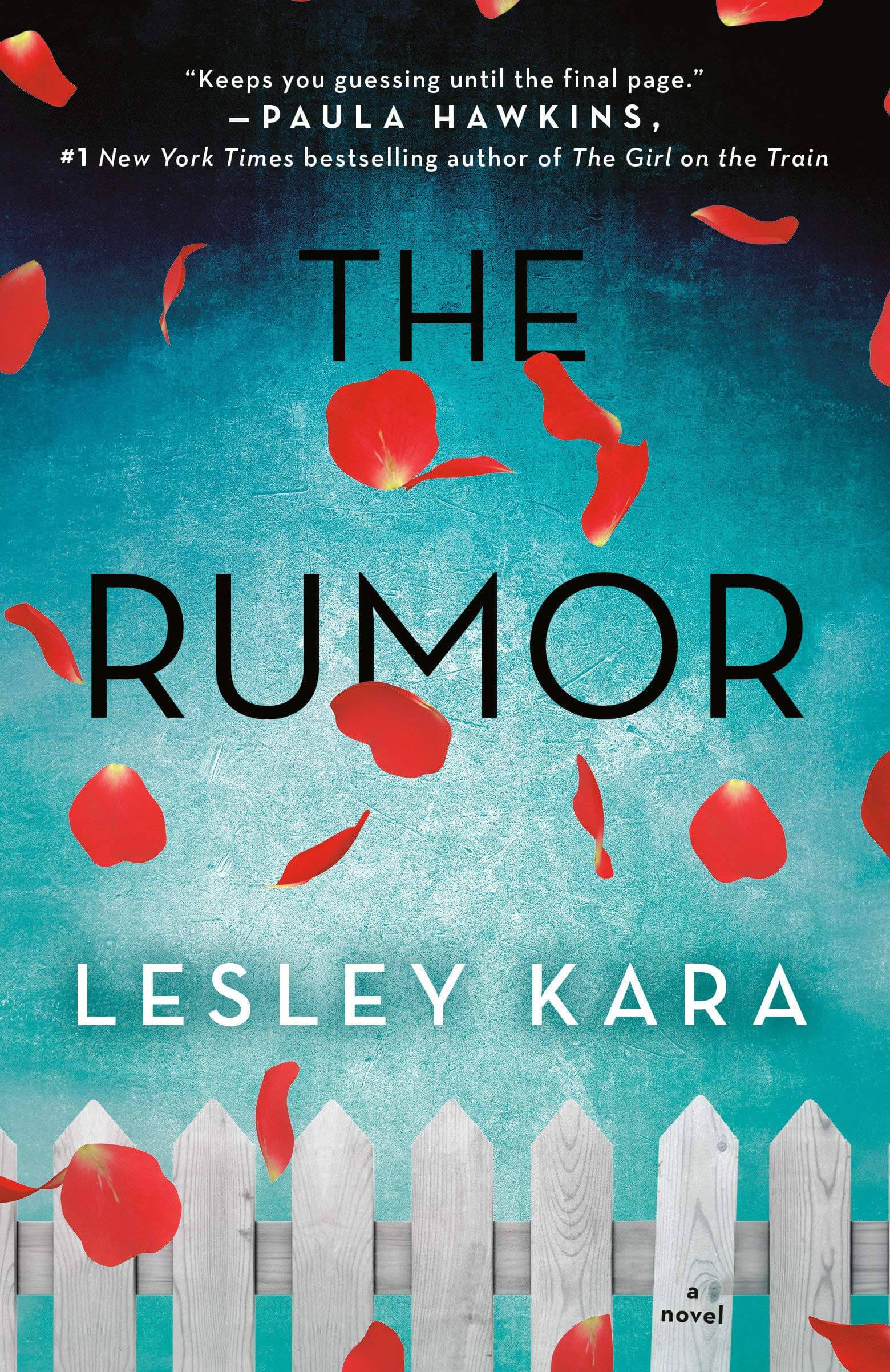 The Rumor by Lesley Kara

There’s a sinister rumor circulating around Joanna’s seaside town that a murderer is living among them. Even though the killer was a child when the crime was committed, the person in question has assumed a new identity and is living incognito. As residents become uneasy, people start to raise concerns in hopes of revealing the criminal. With everybody being considered a suspect, Joanna is determined to get to the bottom of it. However, her obsession leads her right to someone who seems ready to strike again. Joanna’s curiosity and persistence could possibly cost someone their life – and it might just be her own. 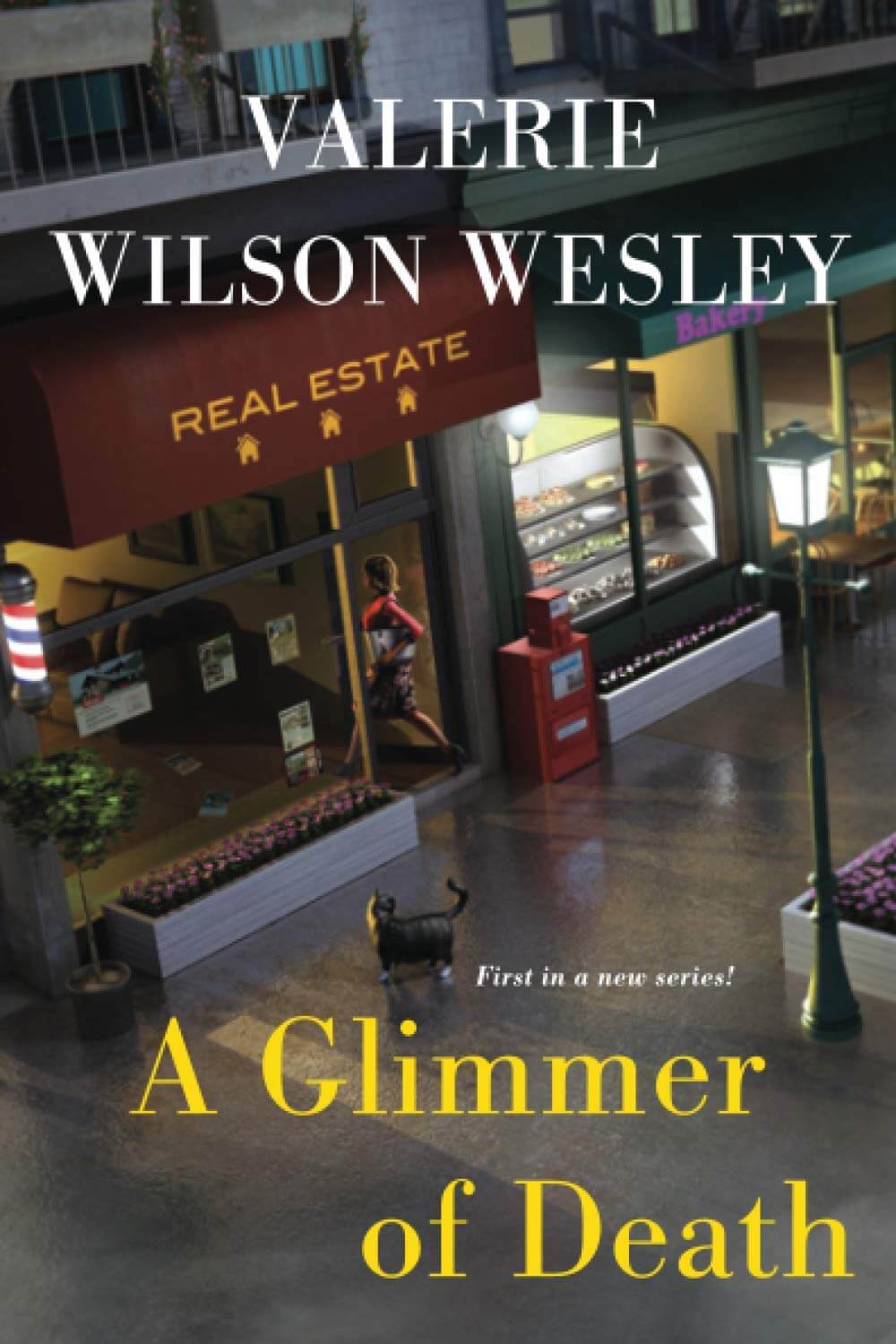 A Glimmer of Death by Valerie Wilson Wesley

Dessa has always had a sixth sense. However, her intuition failed her when she suddenly found herself widowed and on the brink of losing her catering business she worked years to build. In order to keep a roof over her head, she takes on random gigs, including one for Charlie Risko, who has a reputation for being difficult. So when he is unexpectedly murdered and Dessa’s co-worker is arrested, she can’t help but listen to that inner voice telling her that there’s much more to the story. As she works hard to uncover the truth, someone else is working just as hard to make sure she doesn’t find it.