7 Feminist Books to Set Your 2021 Intentions

7 Feminist Books to Set Your 2021 Intentions

We’re all looking forward to a much-improved 2021. Of course, if you really want to make personal strides this year, it’s vital to establish your intentions early! In that spirit — and in the spirit of She Reads as a whole — today we’re diving into a few favorite feminist titles, old and new, to help with your resolutions and follow-through. Here are 7 feminist books to empower you for the rest of the year and hopefully far beyond. (Looking for last year’s picks? See our top 7 feminist book picks from last year.) 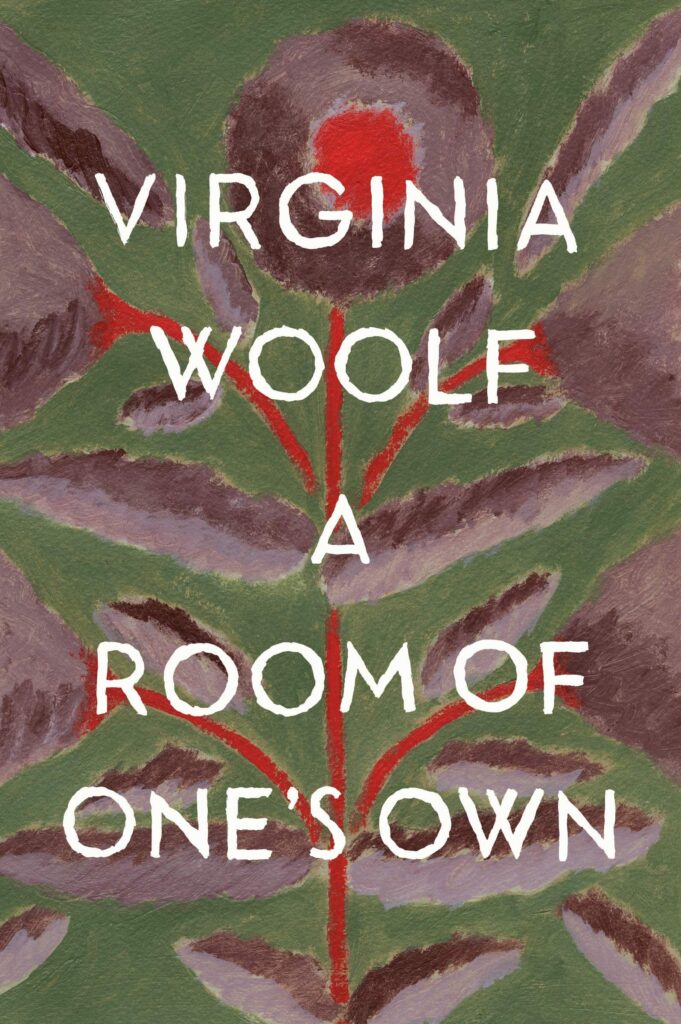 A Room of One’s Own by Virginia Woolf

Already a pillar of feminist literature, A Room of One’s Own takes on renewed significance in our work-from-home era — a culture shift triggered by the pandemic, but which seems like it’s here to stay. For this reason, Woolf’s text is a superb one to revisit at the start of 2021: besides her timeless commentary w/r/t women’s need for financial stability to succeed, the literal-room part of her thesis is more relevant than it’s been in years due to the recent blurring of work/home boundaries that has overwhelmingly affected women. Women struggling to stake a claim in their own households will find themselves vindicated by Woolf’s eloquent arguments, and inspired to demand change in both their economic and physical circumstances. 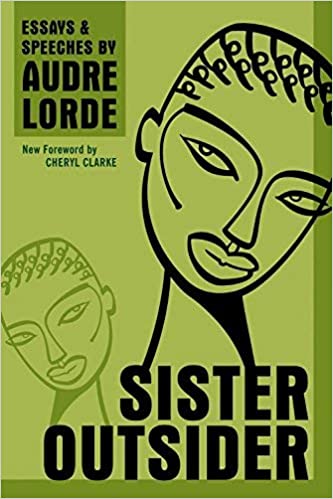 Continuing with formative feminist texts, we have Audre Lorde’s Sister Outsider, a beautifully constructed essay collection first published in 1984 — years ahead of mainstream third-wave feminism, yet presciently commenting on many of its tenets. Indeed, Lorde’s observations in this book are deeply intersectional and sociopolitical: the book is bolstered by her own experience as a Black lesbian woman as she criticizes white feminism, Black men’s misogyny and homophobia, and the oppressive structures of the patriarchy as a whole.

Yet even when expressing these ideas, much of Lorde’s work is hopeful, even kind. She encourages readers to honor their own emotions and experiences while simultaneously looking to uplift others, powerfully stating that so long as others are less free than us, we cannot truly be liberated ourselves. Needless to say, this message is as crucial as ever in 2021, with so much injustice still occurring along racial, gendered, and other identity-based lines. 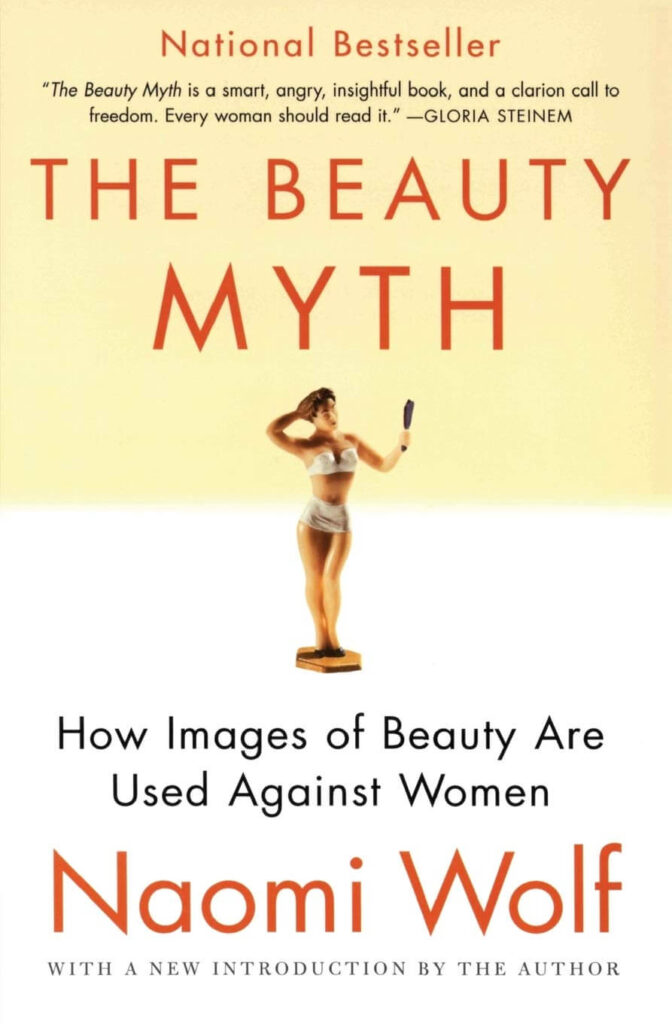 The Beauty Myth by Naomi Wolf

Shifting gears to a narrower but still important facet of modern feminism, Naomi Wolf’s The Beauty Myth examines how even as women’s social, professional, and political capital has increased, they’ve become more subject than ever to “the beauty myth”: the media-propagated physical ideal that is practically impossible for women to achieve.

Wolf discusses how this myth permeates five critical spheres — work, religion, sex, violence, and hunger — thus affecting women not only in their attitudes towards themselves, but also in their behavior and actions almost everywhere else (as well as how belief in the beauty myth damages men, too). It’s a searing indictment of societal beauty standards for women that are higher and less attainable today than ever before… and a must-read for those who feel especially susceptible to the Instagram-fueled vortex of dangerously unrealistic expectations. 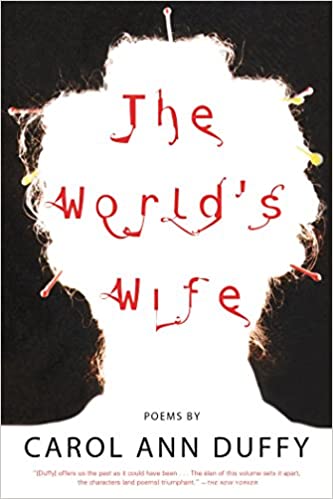 How about a little levity now? With a tongue-in-cheek title from that old idiom about “the world and his wife”, Carol Ann Duffy’s 1999 book breathes life into the female counterparts of famous mythological, literary, and historical figures by telling their stories — in the form of pithy poems. “That’s him pushing the stone up the hill, the jerk,” begins the poem of “Mrs. Sisyphus”, darkly yet hilariously recasting the man as nothing but a short-sighted workaholic, his much cleverer wife shaking her head at him from below.

We get the perspectives of Darwin’s wife, Shakespeare’s wife, even the wife of the devil himself, each taking a new angle/form depending on the subject (Anne Hathaway’s poem, for example, is a sonnet). Some seem designed to entertain, while others thoughtfully deconstruct long-held stereotypes and narrative conventions around women. But all are a potent reminder of another old saying, the one about how “behind every great man, there’s a great woman” — with the caveat that women, in fact, are usually greater and need not rely on men to prove it. 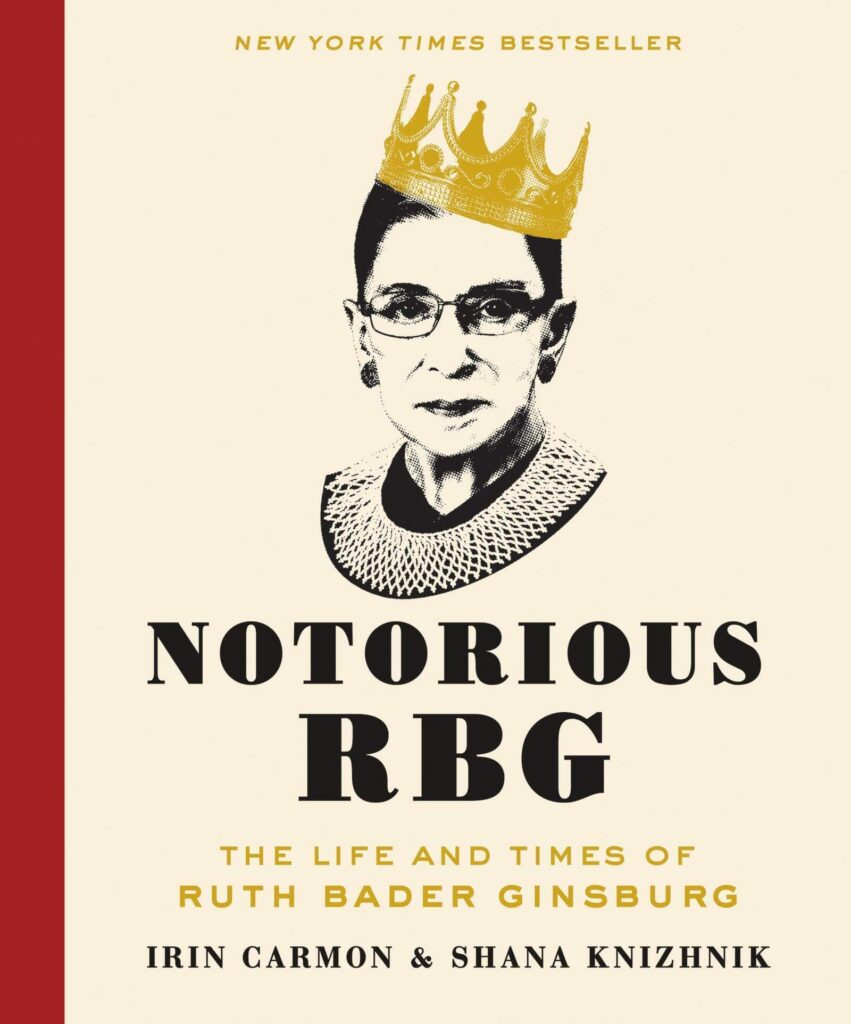 Though this biography of Ruth Bader Ginsburg was published in 2015 — arguably the first peak of “RBG mania” — its lively tone and depth of information go beyond the topically advantageous books we often see about public figures, making it just as compelling to read in 2021. (Not to mention that if you’re still mourning Ginsburg’s passing, reading about her remarkable life and legacy-defining accomplishments might make you feel a bit better.)

In Notorious RBG, Carmon and Knizhnik paint a fully realized portrait of Ginsburg, beginning with her childhood in Brooklyn, her education, and her determination even from a young age to enact justice in the world. They cover her dazzling legal career and eventual ascent to decide some of the country’s biggest cases of the past 30 years — including her iconic dissents on matters such as employment discrimination and abortion. While the book does occasionally lean pretty far into pop-cultural appeal (for example, how each chapter title comes from a Notorious B.I.G. song), it’s ultimately a well-investigated and profoundly inspiring piece of work, especially for any would-be lawyers out there. 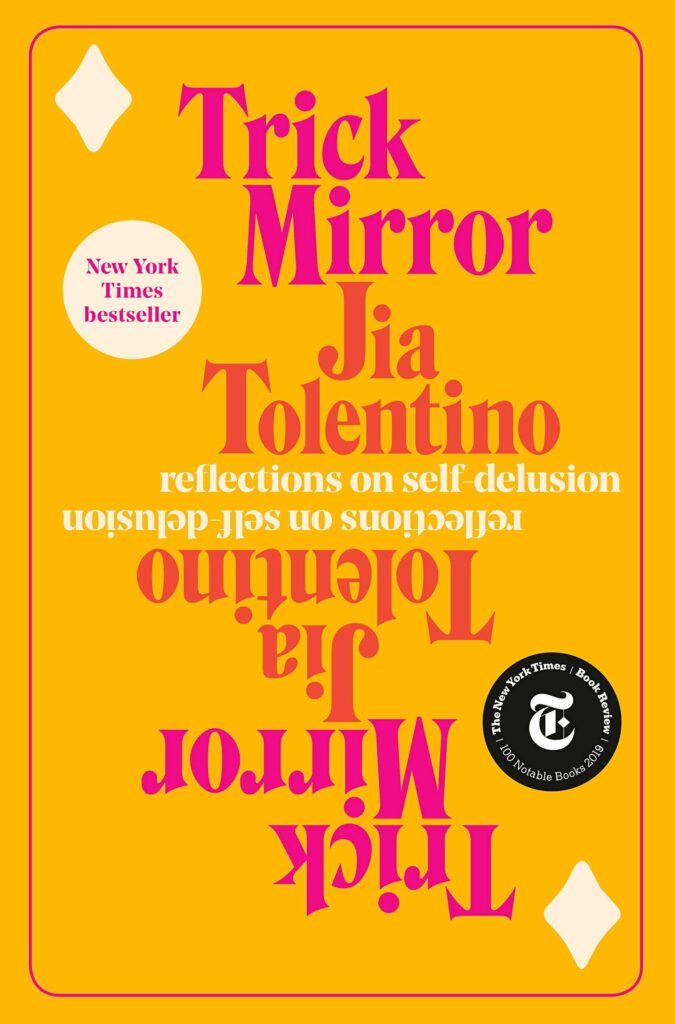 As Pia Cortez notes in her review of Trick Mirror, this essay collection by New Yorker supernova Jia Tolentino burns through many topics, but feminism remains a core theme. Perhaps its most interesting iteration appears in the book’s penultimate essay, “The Cult of the Difficult Woman”, in which Tolentino dissects how the rise of fourth-wave feminism through the Internet has led to the blanket glorification of “difficult women” — even when that glorification is less than deserved. Most memorably, she points out how feminist rhetoric is being increasingly co-opted by decidedly un-feminist figures to make it seem as though criticizing women for anything (even clearly anti-feminist views!) is wrong. Tolentino herself, thank goodness, is a breath of fresh, nuanced air in feminist discourse, and definitely one to watch in 2021. 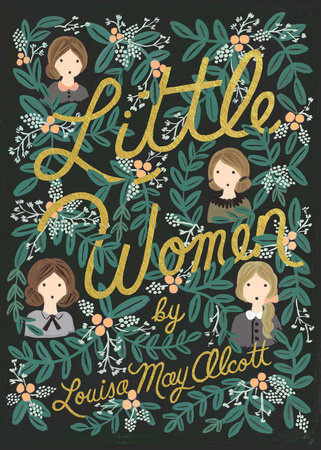 Little Women by Louisa May Alcott

Circling back to some of the earliest ideas of feminism in a super-accessible way, we’ll conclude this list with Louisa May Alcott’s coming-of-age classic Little Women — best paired, in this writer’s opinion, with Greta Gerwig’s 2019 adaptation.

Indeed, if you’re not quite ready to let go of the holiday fuzzies, combining the book with Gerwig’s film is just the ticket; both the source material and the movie do a sublime job of showing the three-dimensional feelings and aspirations of the March sisters, a microcosm for women as a whole. Even as most of the narrative is focused on and filtered through Jo (the sister with the most obvious similarities to Alcott herself), we see all the sisters’ pursuits and struggles validated, and see ourselves in them: an incredible feat of resonance for a story that’s now over 150 years old (on top of being an honestly fun read!).

Read more on Reedsy: 70 Best Coming-of-Age Books of All Time.