While the sixties and seventies were tumultuous at the time and in reflection, for many, looking back in the 2020s recalls a simpler time. Whether it’s an examination of the lifestyle, first-hand accounts of influential movements, and the free-spirited music and love, revisiting counterculture in a great read can bring some perspective to our own space and time. Here’s 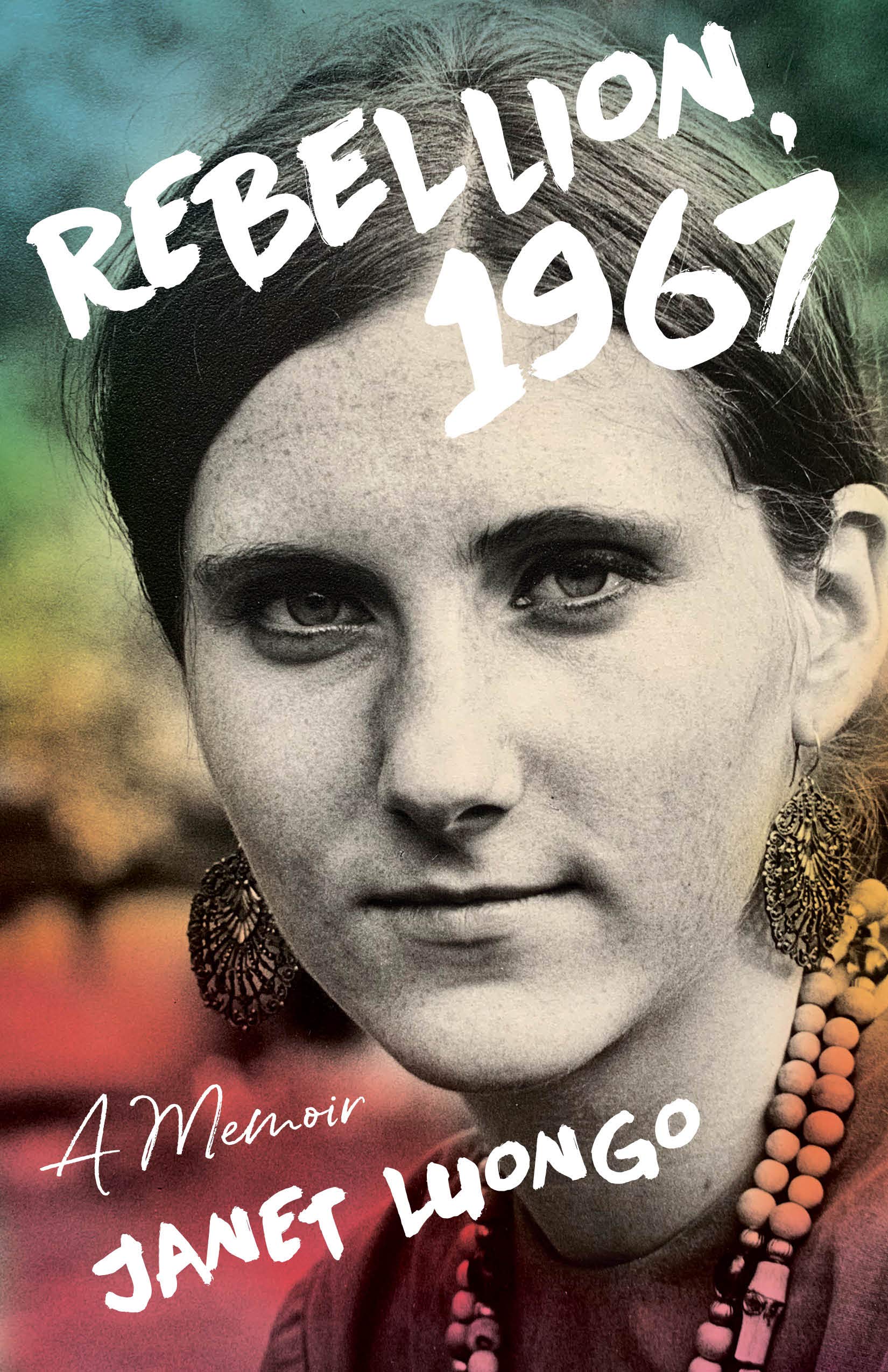 Our first memoir follows 17-year-old Janet Duffy as she breaks free from her toxic family and travels to Queens, New York. She quickly finds purpose as a mural painter and in volunteering for a civil rights activist. After falling in love with a young Black saxophone player against her father’s wishes, she runs away with him and encounters heartbreak and danger that causes her to reach out for help to pick up the shattered pieces of her life and revaluate her dreams. This story inspires readers to overcome shame and realize their true destinies—it’s perfect for fans of Wild by Cheryl Strayed. 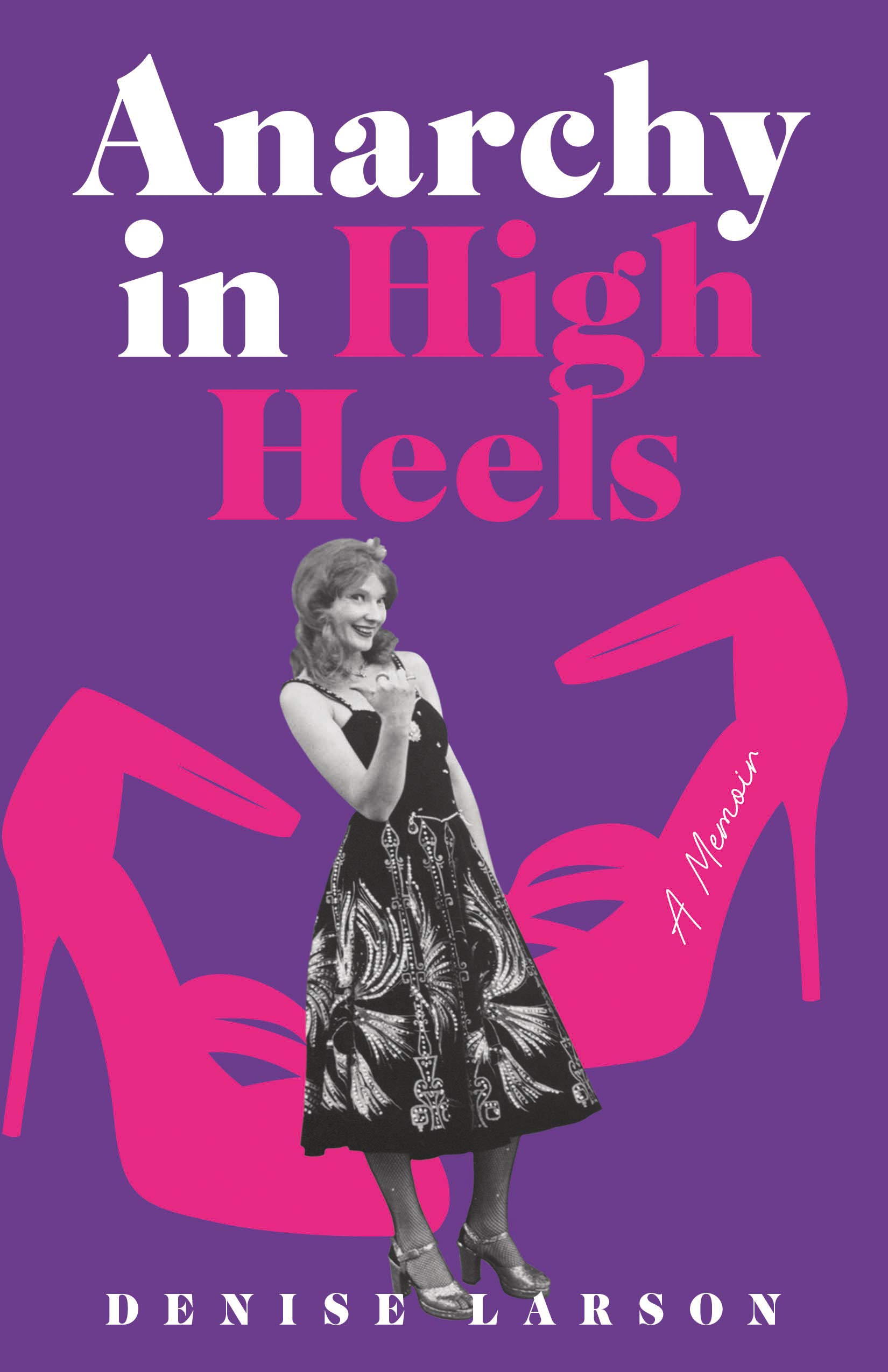 Anarchy in Heels by Denise Larson

One night in 1972, twenty-four-year-old wannabe actress Denise Larson attends an after-hours counterculture event where she accidentally creates Les Nickelettes. The soon-to-be-popular, all-female performance group inspires Denise to finally let loose the unique feminine satire that has been suppressed in her head for years and use them for her shows. With the Les Nickelettes, which quickly became a brazen women’s lib troupe, Denise presented feminist skits, stunts, and musical comedy plays that took the West Coast and NYC by storm, all while rushing through the ranks from playwright to artistic director. 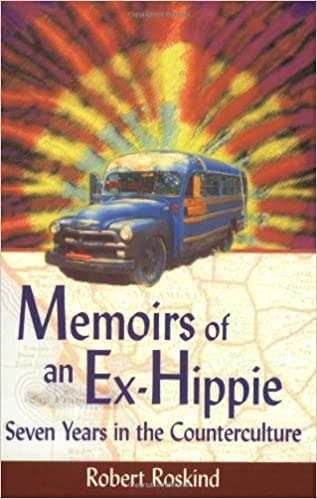 Memoirs of an Ex-Hippie: Seven Years in the Counterculture by Robert A. Roskind

Shortly after graduating college in 1967, Robert Roskind started his journey on the road to the heart of the counterculture. He traveled to places such as the Esalen Institute, Tassajara Hot Springs, Big Sur, Vancouver Island, the communes of Oregon and North Carolina, Altamont Pop Festival, Mt. Shasta, the Haight-Ashbury, and Northern California. Readers will find themselves a passenger in Roskind’s seven-year journey as he shares his personal experiences of the counterculture lifestyle in a funny, profane and serious way. 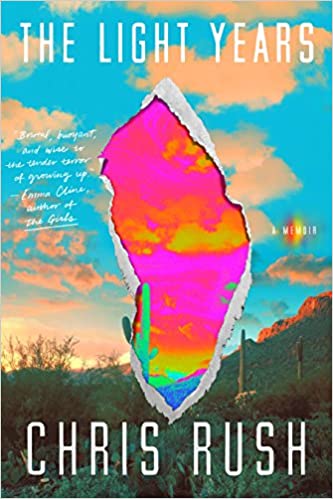 The Light Years: A Memoir by Chris Rush

When Chris Rush was just twelve years old, his older sister’s friend placed an acid tab on his tongue. After living with his broken family and being ejected from an experimental art school, Chris travels to Tucson for a major drug purchase and therefore becomes part of the budding counterculture when he was barely a teenager. He then slowly starts to search for a home, knowledge, and the divine within this community in the west. This memoir gives an inside look into the optimistic, yet dark, side of the counterculture movement as Chris recounts his lost childhood. 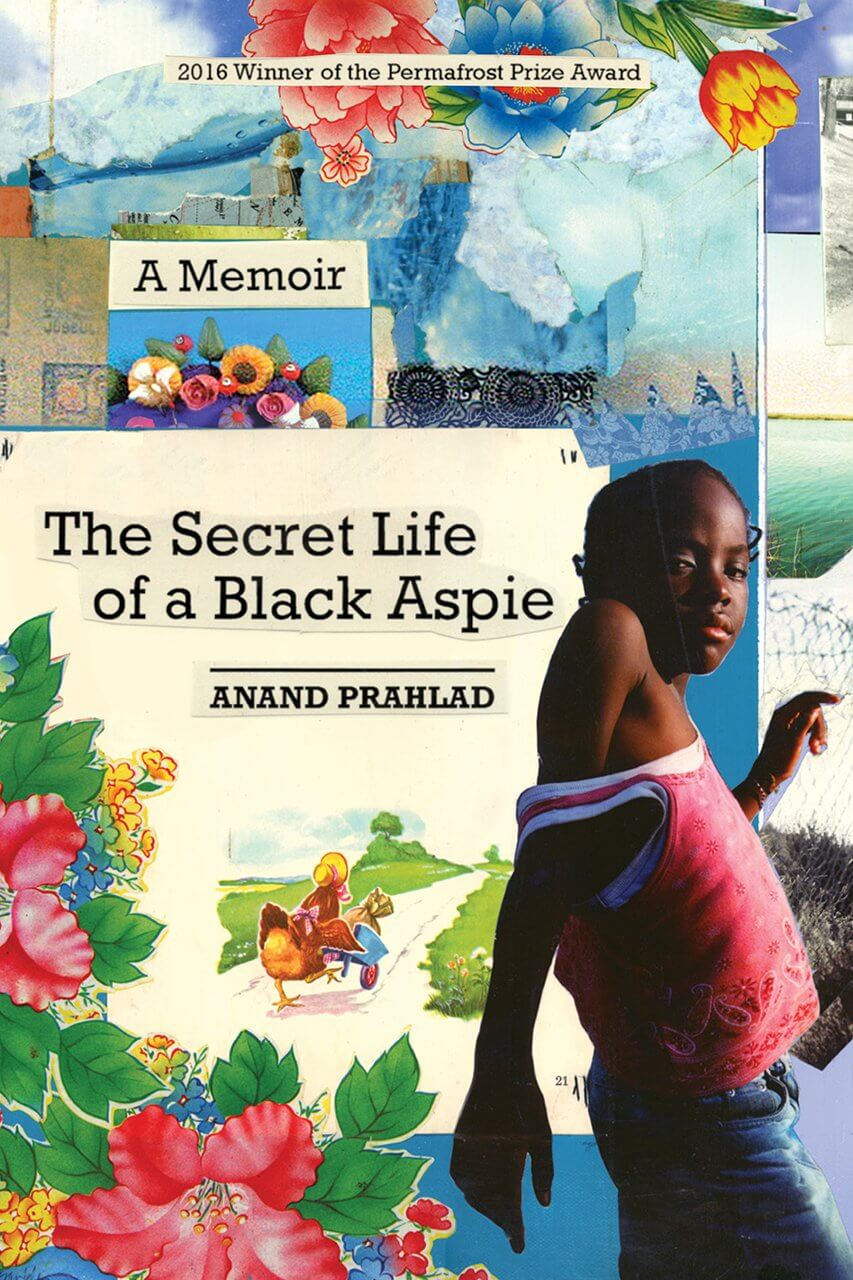 Secret Life of a Black Aspie: A Memoir by Anand Prahlad

Anand was born on a former slave plantation in Virginia. He didn’t speak for the first four years of his life, but his silence didn’t stop him from or communing with the strange world around him. His mind became magic, a fantastical place of long-dead slave children and animated objects. As he starts to grow and emerge into the world, he begins to learn how to talk and evolves into an artist and educator. Journey across the United States during one of its most turbulent eras, as Prahlad experiences it all—from the heights of the Civil Rights Movement to West Coast hippie enclaves, to a college town that continues to struggle with racism and its border state legacy. 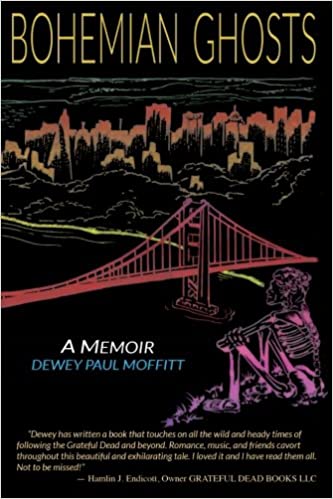 After leaving his record store job at 18, Dewey Paul Moffitt eventually found himself working for Bill Graham, the legendary promoter behind the Grateful Dead scene, after walking the eventful path of self-discovery and mayhem. This memoir follows Moffitt’s journey in the music business as he worked for multiple famous performers, including his psychedelic experiences with the Grateful Dead and the Jam Band scene. Readers are brought along on his journey through the counterculture world, how it impacted his early adult years, his discovery of a passion for the concert industry, and his search for romance. 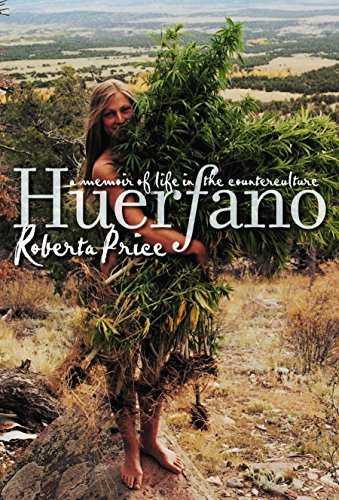 Huerfano: A Memoir of Life in the Counterculture by Roberta M. Price

In 1969, Roberta Price secured a grant to visit and photograph some of the new age communes located in the Southwest. She traveled with David, her lover, and when they arrived at Libre in the Huerfano Valley, they decided that they wanted to participate instead of observe. They soon married and dropped out of graduate school to move to Libre to experience the counterculture life. During her seven years there, she built her own home with David, and they made ends meet by growing their own food. She shares her experiences in this community as she saw it grow and then quickly dimmish as the participants soon faced the harsh realities of life. 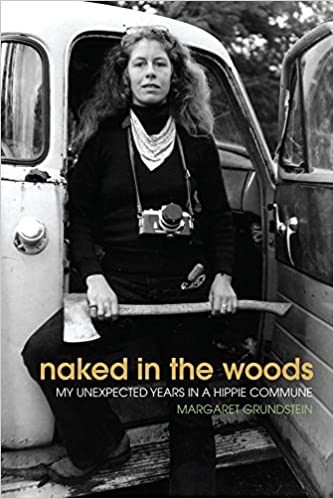 Naked in the Woods: My Unexpected Years in a Hippie Commune by Margaret Grundstein

After dropping out of graduate school, Margaret Grundstein followed her husband, an Indonesian prince and community activist, to join strangers in the backwoods of Oregon to create their vision of utopia. This memoir follows Grundstien as she recounts her time questioning her commitment to the utopia after being abandoned by her husband, and watching the community’s dream of living in the natural world quickly dissolve as tension built, due to food shortages and questioning land ownership. She shares an authentic view of the romanticized 1960s and ’70s counterculture movement and captivates readers with her fascinating personal experiences. 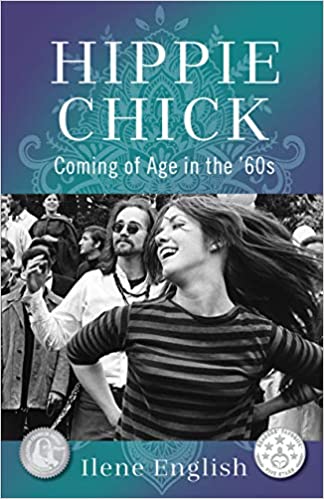 Hippie Chick: Coming of Age in the ’60s by Ilene English

After finding her mother dead in the bathroom when she was a teenager, Ilene English’s older sister sends her a one-way ticket to San Francisco to help Ilene escape living with her difficult father. Once there, she is thrust into a new lifestyle that challenges her previous notions of how one behaves. English takes readers on her coming-of-age journey in the ‘60s as she experienced the earliest days of sexual freedom, psychedelic drugs, the jazz scene, and rock ‘n’ roll. Dive into English’s personal experience of growing up during the counterculture movement and the lessons she learned along the way. 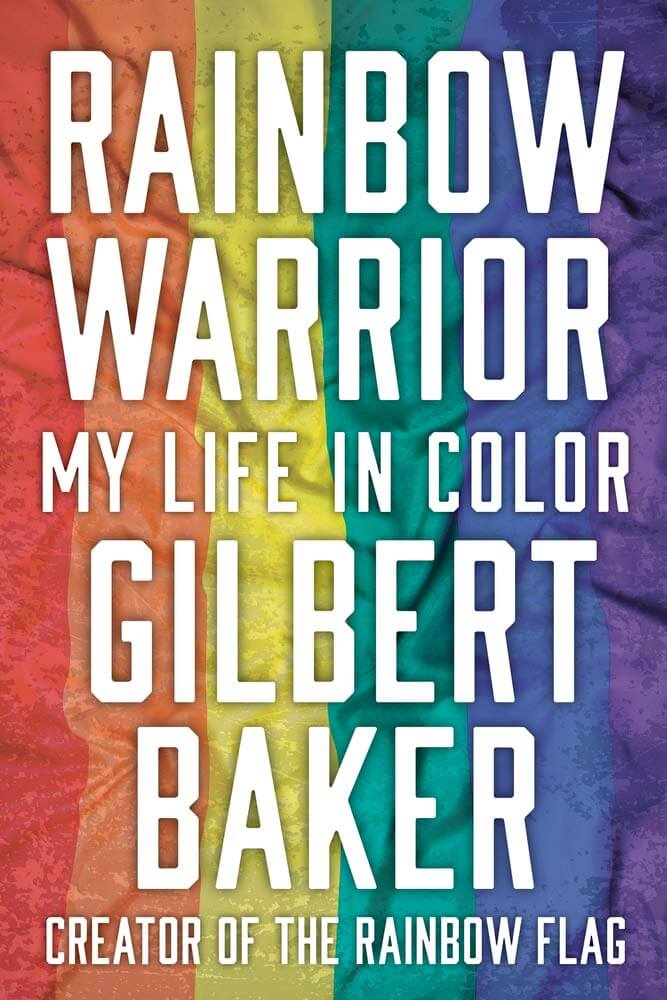 Rainbow Warrior: My Life in Color by Gilbert Baker

This is the colorful story of the creator for the unifying symbol for the growing gay rights movement in 1978. Gilbert escapes his repressed childhood and finally blooms as a visual artist and a social justice activist in San Fransico where he cements his pivotal role in helping to define the modern LGBTQ+ movement. He likes to call himself the “Gay Betsy Ross,” never knowing the impact that his contribution to the community and movement would make. 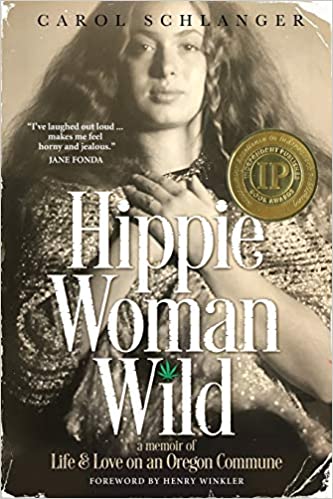 Hippie Woman Wild: A Memoir of Life and Love on an Oregon Commune by Carol Schlanger

Carol Schlanger grew up in a spoiled lifestyle and expected the world to treat her the same but was quickly proven wrong. She travels to the Northwest with her lover Clint after being expelled from Yale, losing a Broadway role, and witnessing a suicide. Once in the Northwest, she and Clint start a 13-person commune in a cramped cabin with no phone, electricity, or running water. Soon, tension builds, and the idea of a utopia is shattered as Carol struggles with infidelity, rape, childbirth, and Clint’s. Carol takes her toddler to Los Angeles in order to take back her life as a mother, artist, and adult.