Graphic novel lovers, this is the list for you! We’re sharing our favorite graphic novel new releases (and one pick that’s not graphic but IS based on superheroes!) coming out this year that are great for your own bookshelf or to give as a gift. From old favorites to new imaginings and modern day superheroes, this is the only graphic novel reading list you need. 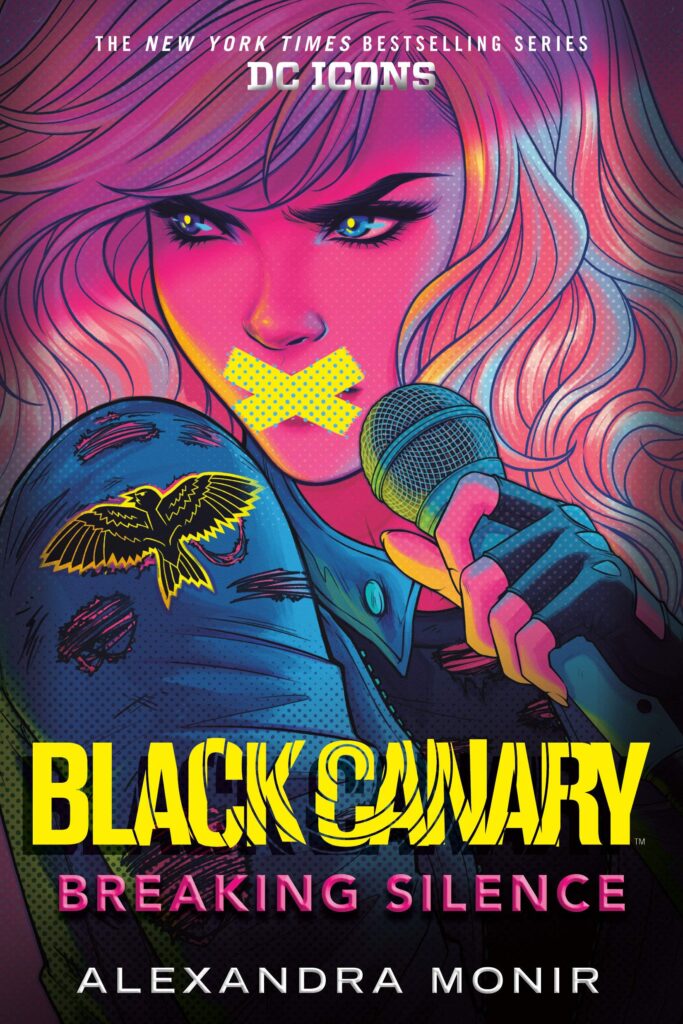 While Black Canary isn’t a graphic novel, it IS based on the DC World and we couldn’t leave it off the list. When Dinah Lance was a child, she heard something almost impossible: the sound of a girl singing. Due to the sinister patriarchal dictatorship in Gotham City, women have no rights. Now at seventeen, Dinah begins to learn that she has a voice too, and it’s powerful. However, with her father’s desire to keep her safe, her blossoming romance, and her need to help women and girls take a stand, she wonders if her voice is powerful enough to fight back and destroy the dictatorship in her city. 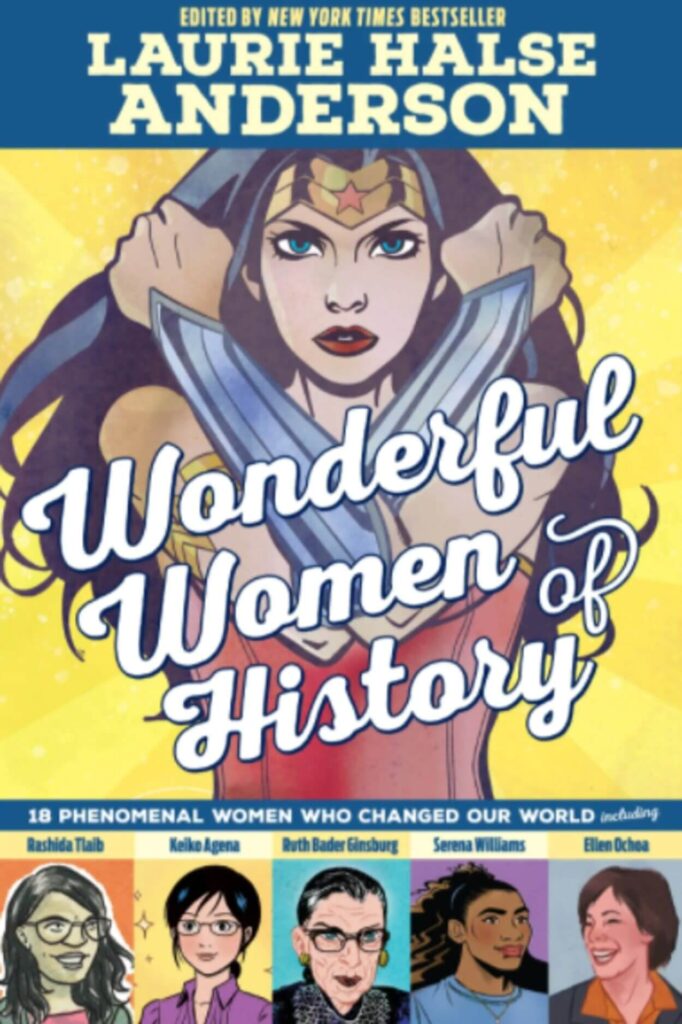 Not all heroes wear capes, but they do make a difference. This book deals with the real Wonder Women of society, who have accomplished and done so many things in their lives within politics, activism, science, diplomacy, and more. Laurie Halse Anderson, a New York Times bestselling author, brings together an ensemble of remarkable authors in this anthology of contemporary women who have changed the world.

7 Good Reasons Not to Grow Up by Jimmy Gownley

To the other students at the exclusive Greycliff Academy, Kirby seems to have it all. Kirby is charming, he’s intelligent, and he has a lucky streak. Kirby is also the mastermind behind “7 Good Reasons Not to Grow Up,” which are snarky videos that show his audience that being a grown-up isn’t all that great. However, there’s also a secret that Kirby is keeping, and when his friend Raja finds out. Kirby and all of his friends might have to grow up a lot sooner than they think and face the challenges of the real world. 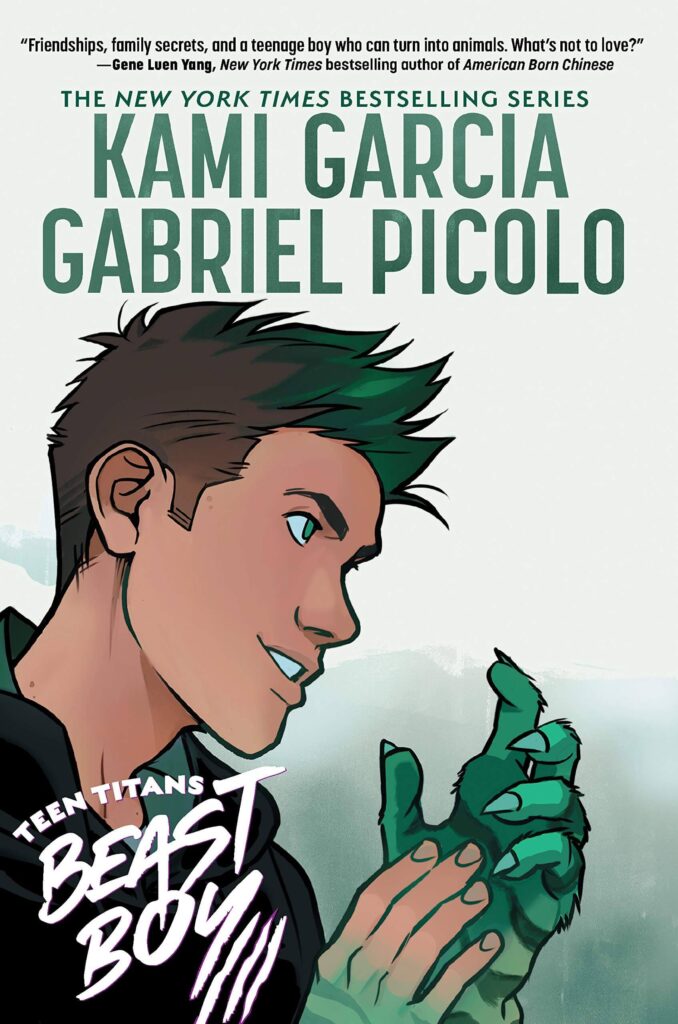 Garfield Logan has spent his entire life being overlooked and not being able to stand out. The clock is now ticking, and senior year is almost over, but Garfield wants to impress the cool kids, much to the dismay of his two friends, Stella and Tank, who only want their pizza-loving, video game-obsessed best friend back. However, when Garfield accepts a wild dare that impresses the popular kids, Garfield changes, and he grows 6-inches overnight, his voice gets deeper, and he’s suddenly faster and stronger. Garfield is finally getting everything he’s wanted, but when he keeps trying to impress the cool kids by doing dangerous dares, Garfield realizes the extent of his physical changes and has to dig deep within himself and figure out what matters before he completely loses control and changes forever.

Victor and Nora: A Gotham Love Story by Lauren Myracle

Since his brother died in a tragic house fire that he feels responsible for, cold-hearted seventeen-year-old Victor Fries has not been the same. Victor’s parents have isolated themselves, and all the young man has is his dedication to science. On the other hand, Nora Faria is full of life and only wants to live it to its fullest before the deadly illness she has slowly consumes her. Nora decides to spend her final days at her summer home right outside of Gotham until her birthday, where she has already decided to commit suicide. By chance, Nora and Victor meet outside a cemetery and have an instant connection. They fall in love, and when Victor learns of her deadly illness, he refuses to give up until he finds a cure. The only question is, will he?

About the Author: Marina Lopez

Marina was born in Phoenix, Arizona and was raised there as well. She someday hopes to leave Phoenix to work elsewhere and broaden her horizons, but she will always love her hometown and state. When she isn’t studying or working, you can find her head in a book, watching a movie, playing video games (Animal Crossing and COD for the win), or drawing on her tablet.