Biracial identity is a coexistence of being two in one, from multiple places, people and cultures, all in one body. Because of the many ancestries biracial people can have, no two experiences are exactly alike. It is an experience that can be isolating and disorienting, often falling short of the romantic idea of racial harmony believed to be represented by the very existence of biracial people. These six books by biracial authors are memoir-esque in nature, displaying the beauty and the tensions of being mixed-race. 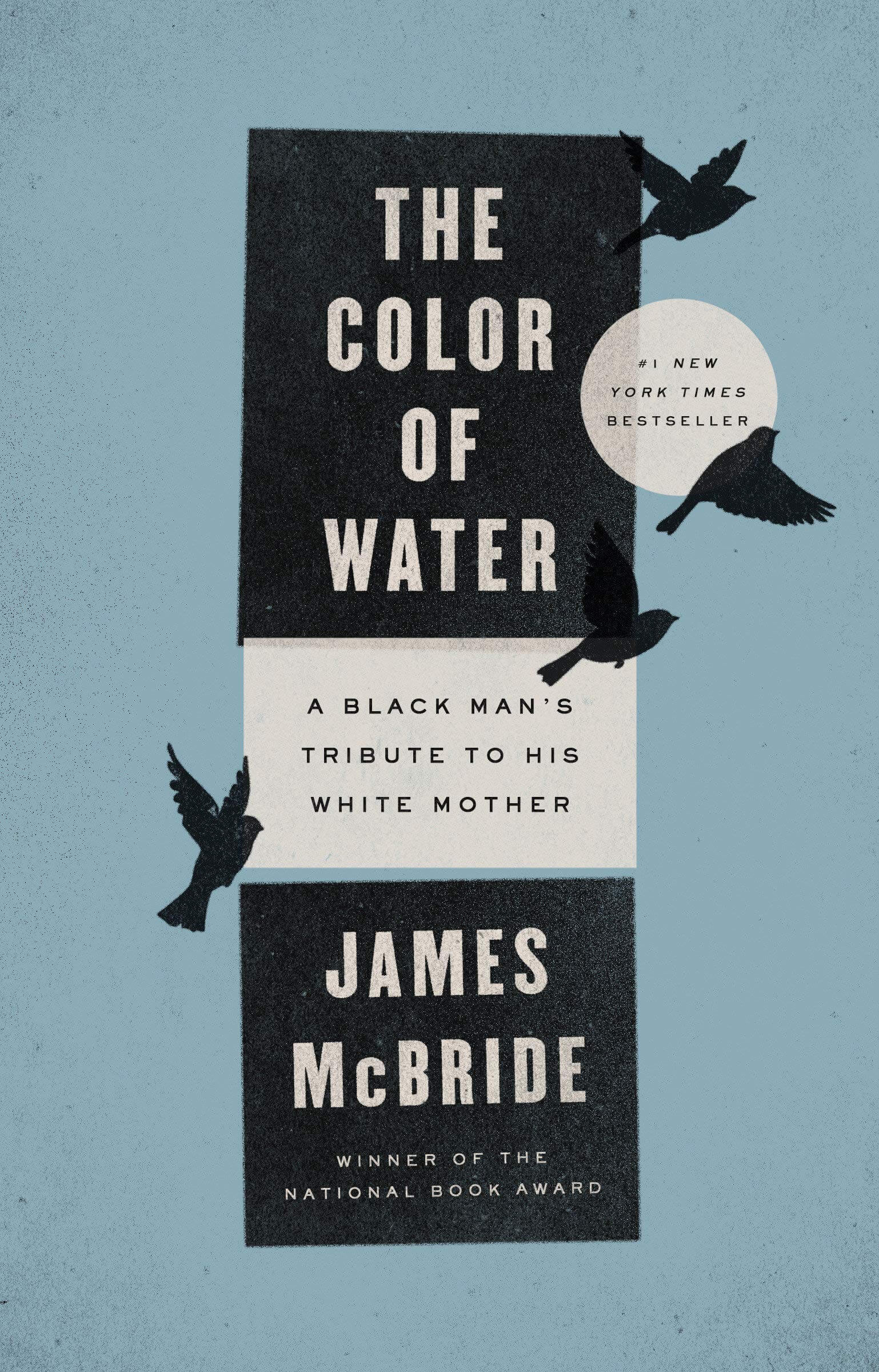 The Color of Water: A Black Man’s Tribute to His White Mother by James McBride

From journalist James McBride comes familial memoir The Color of Water, centering his mother. Ruth McBride Jordan was a force of a woman, raising a brood of children and building a church alongside her husband. Through all her accomplishments and dedication to her family, she was always cryptic about her race. Born Ruchel Dwara Zylska in Poland, Rachel fled to Virginia with her family due to pogroms. Her upbringing was marked by witnessing her parents’ loveless marriage, experiencing anti-Semitism, and witnessing deep racial tension. At seventeen years old, she left everything for New York City, where she met McBride’s father and started a life with him. Throughout the story of a powerful matriarch and the author’s own life, McBride depicts a family with a love that united and secrets that revealed themselves in heart-wrenching ways. 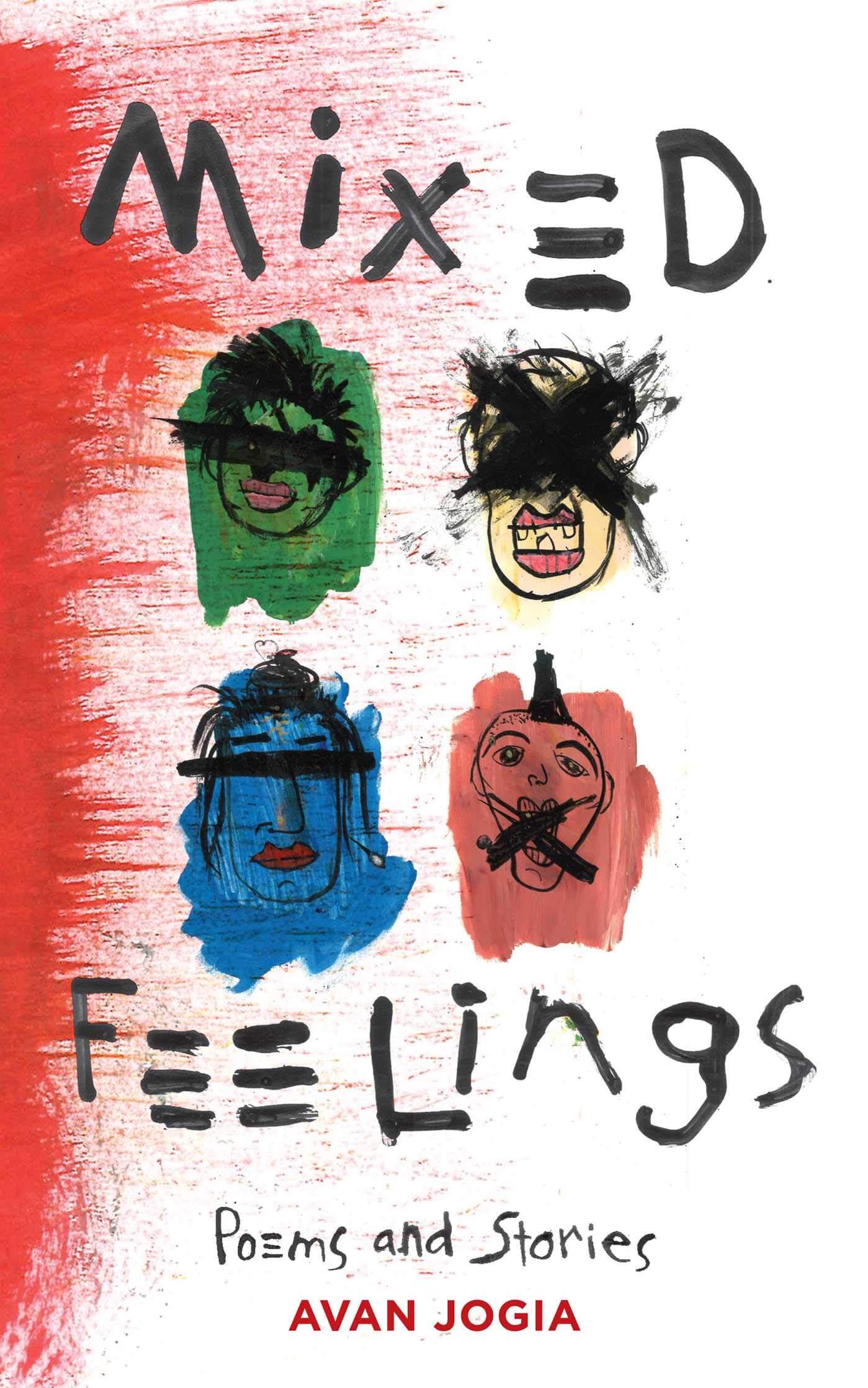 Actor Avan Jogia, born to a British Indian father and Canadian mother, pours out his experiences and reflections on being mixed race in Mixed Feelings. In addition to the pieces within this work that are from his personal memories, Jogia shares interviews with other mixed-race people to share multiple perspectives. This book focuses on large themes within any culture, from race to religion, through the lens of bi-raciality. Poignant, candid, vulnerable, Mixed Feelings is a work that addresses vital aspects of today’s societies while centering the mixed-race experience. 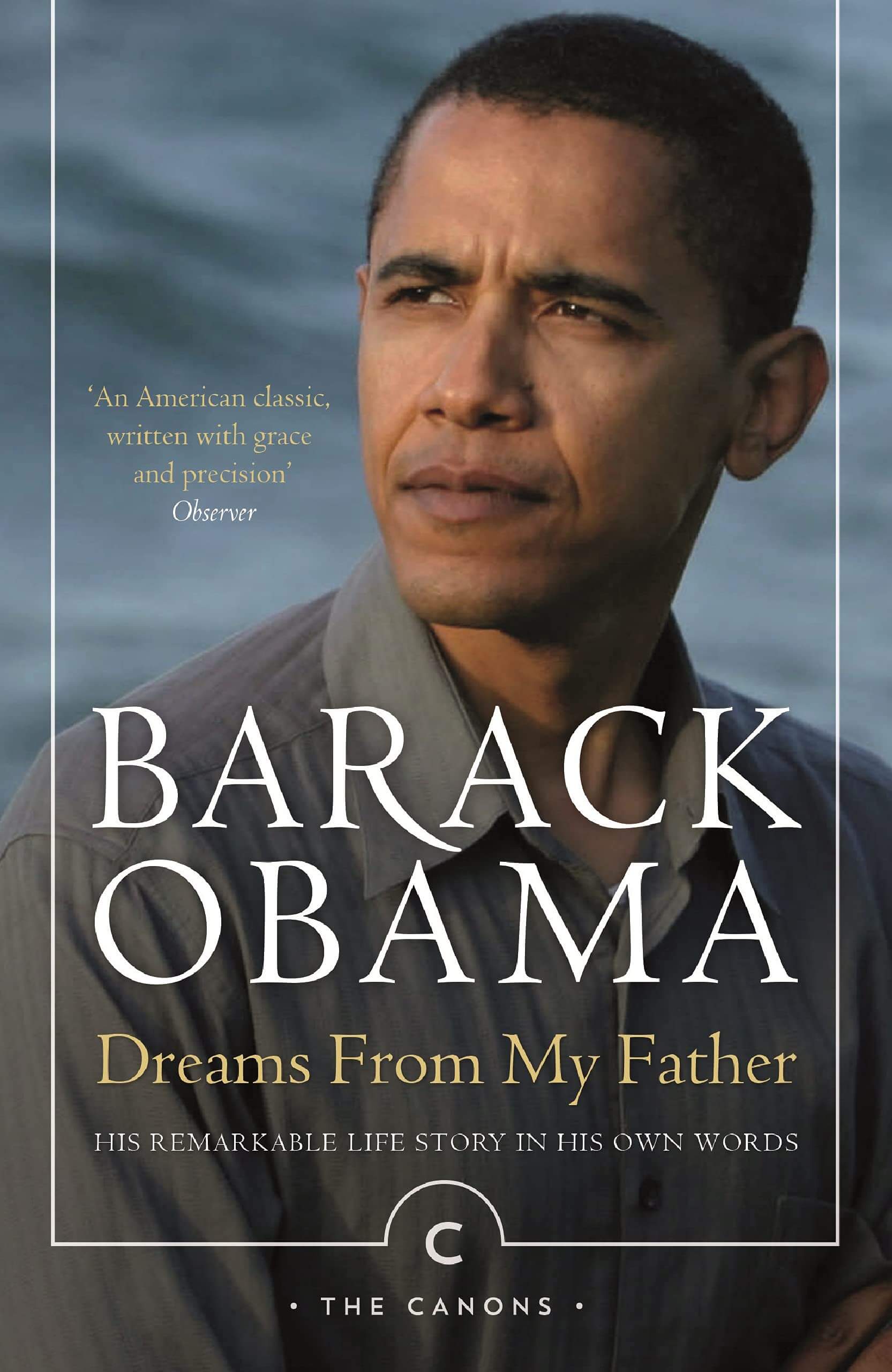 Dreams from My Father: A Story of Race and Inheritance by Barack Obama

Long before the world knew his name, Barack Obama was in New York when his phone rang with a life-changing message: his father, a man he barely knew, passed away. That phone call was the beginning of a global journey to learn his family history. From a small town in Kansas to the shores of Hawaii, Obama traced the story of his mother’s lineage. To discover the other half of his past required an even farther journey to Kenya, where he met his father’s family. While in Kenya, Obama not only meets part of his own lineage, but also confronts difficult truths about who his father was. 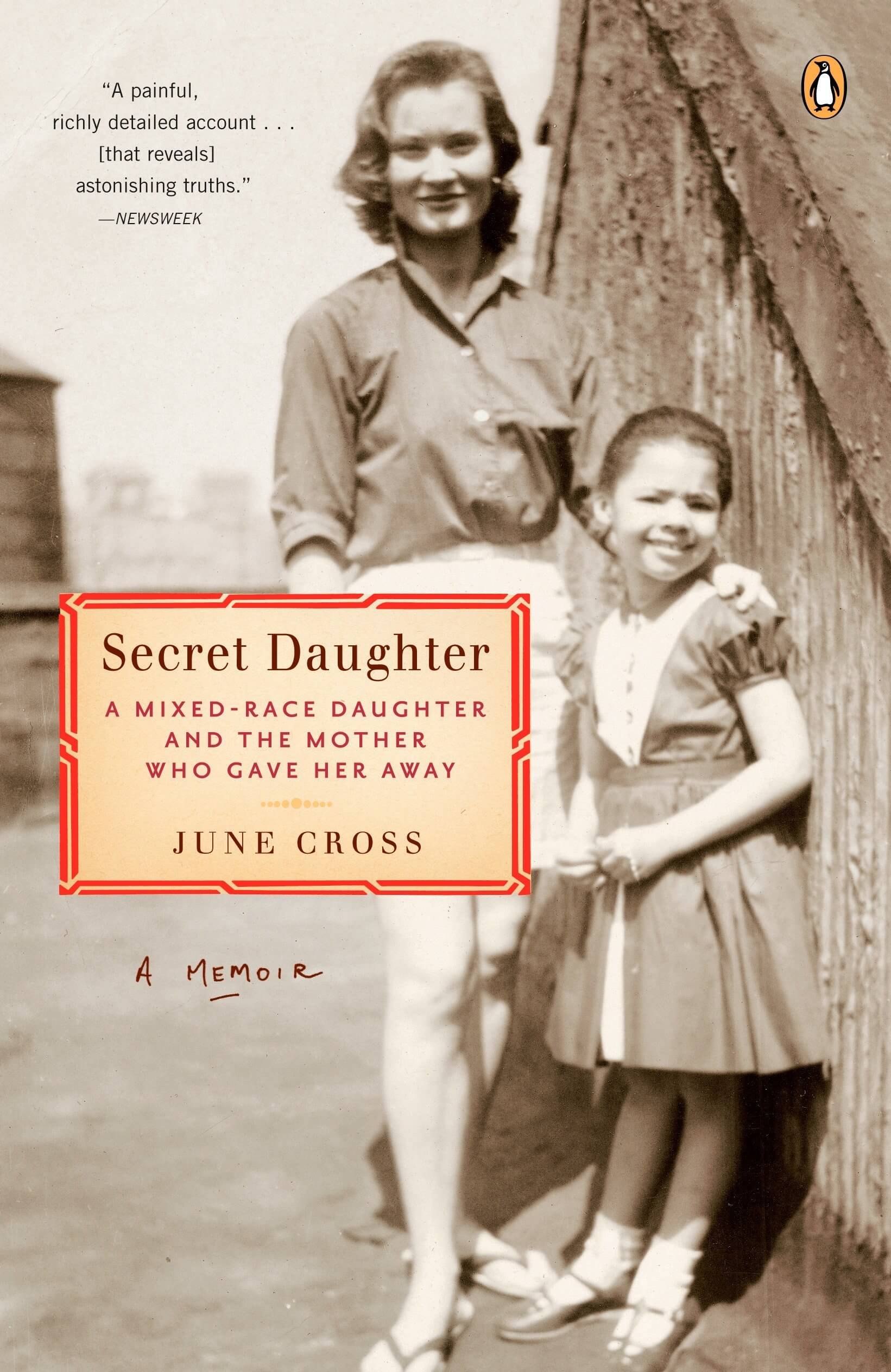 Secret Daughter: A Mixed-Race Daughter and the Mother Who Gave Her Away by June Cross

In this memoir, film director June Cross details her painful childhood of living in two distinct worlds: one white, one Black. Cross was born in 1954 to a white mother and Black father, whose relationship disintegrated due to abuse. As June grew, she could no longer pass as white. When Norma, June’s mother, saw that she could no longer hide who June truly was, she sent her to live with a Black family in Atlantic City at just four years old. As she lived with her adopted family, June struggled with understanding and reconciling her biracial identity. Summers were spent with Norma, who married actor Larry Storch. Because she feared it would hurt Larry’s career if the press knew she had an illegitimate biracial child, Norma told people June was adopted. Secret Daughter is a story of mother and daughter, biracial identity, and a culture that did not welcome the fullness of people that were two races in one body. 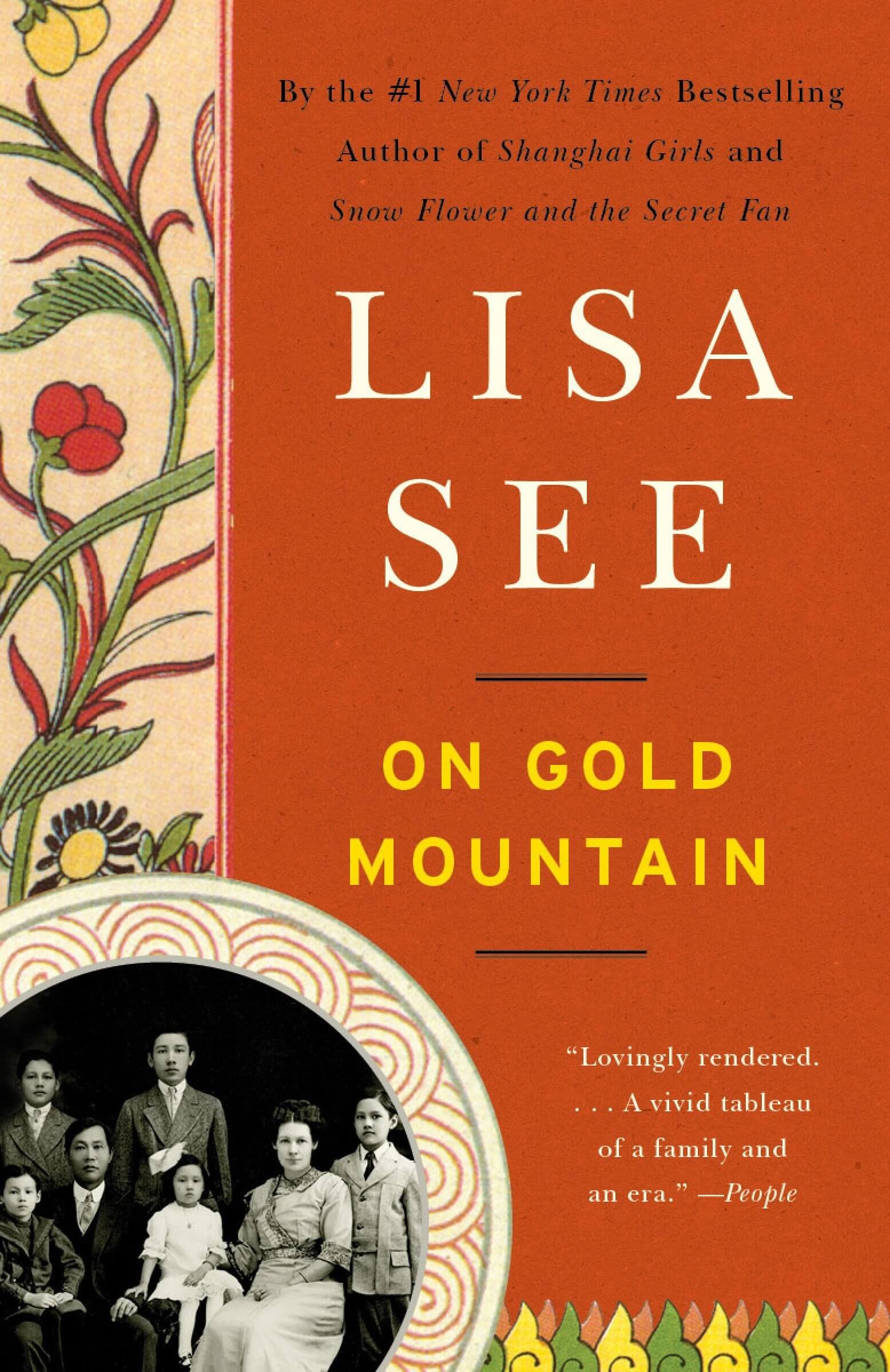 On Gold Mountain: The One-Hundred-Year Odyssey of My Chinese-American Family by Lisa See

Before Lisa See wrote best-selling novels like Snow Flower and the Secret Fan and The Island of Sea Women, she was raised in a large Chinese-American family that is instrumental in the history of Los Angeles Chinatown. As a child, Lisa See spent summers with her grandmother and great-aunt in the antique shop her grandparents owned. The two matriarchs told her stories of their family history, beginning with ancestors from centuries past. The family’s destiny changed forever when See’s great-great-grandfather left his village in China for “Gold Mountain,” the Chinese name for the United States. His son, Fong See, followed and, against all odds, married a white woman during segregation. Fong See lived to be 100 years old and was one of the most important figures in founding Los Angeles’ Chinatown. Told in meticulous detail, On Gold Mountain is a family history across hundreds of years and thousands of miles.