Our April Guest Editor Alison Hammer on Little Pieces of Me

Our April Guest Editor Alison Hammer on Little Pieces of Me

Alison Hammer has been a favorite amongst readers everywhere since her debut release of You And Me And Us in 2020. With her latest release, Little Pieces of Me, due to publish this month, we’re ecstatic to host Alison as our latest Guest Editor.

This April, we’ll be getting to know her favorite books and how to make the dual timeline work! 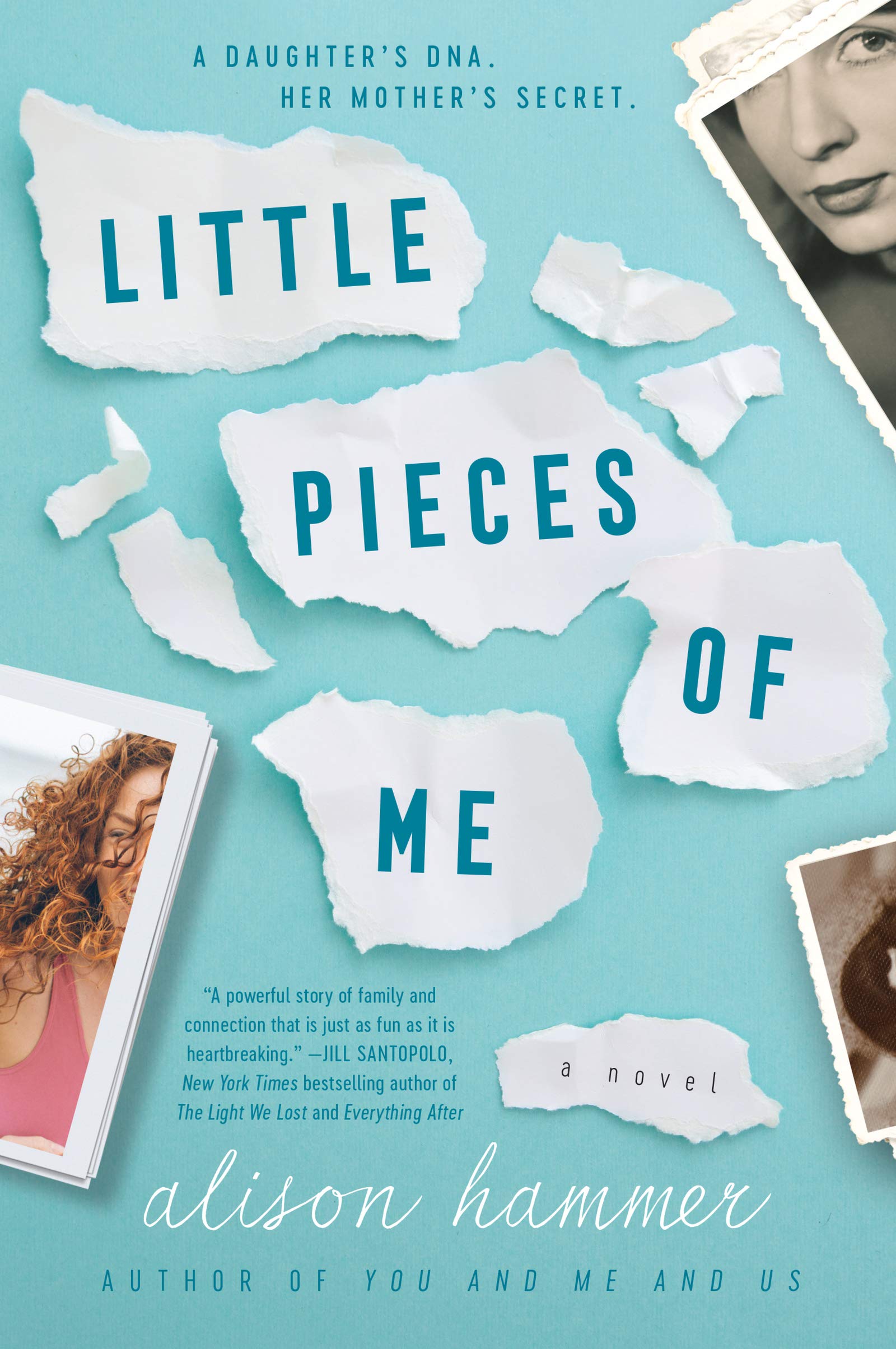 What was the inspiration behind Little Pieces of Me?

I was inspired to write Little Pieces of Me after hearing a similar story that happened to a friend of mine. It was May 2017, and I was out at a neighborhood bar in Chicago. When I saw one of my girlfriends, I walked up to her and said, “hello,” and she said—“You’ll never guess what I just found out through Ancestry.com.”

After a few wrong guesses, I gave up, and she told me that she’d gotten an email about a parent/child match with a man who wasn’t her father. At first, she’d thought there had been a mistake, but after a little Googling she realized the man had gone to college the place as her parents around the time she was conceived.

I was intrigued—but it wasn’t until she said her DNA dad didn’t seem to have any other children that I had the spark of the idea that would eventually become Little Pieces of Me.

Can you share a few books that inspired you while writing Little Pieces of Me?

There are a lot of books that inspire me, but I’m not sure I can link any directly to Little Pieces of Me. I do love the same type of stories I try to write—books that make me think and feel and fall in love with the characters. (Bonus points if they make me cry.)

I did read (and loved!) Dani Shapiro’s memoir, Inheritance, but I waited until I was finished with the edits for Little Pieces of Me to read it. While Dani’s story is different than the one featured in my book, there are similarities, and I didn’t want to be influenced by what she wrote about her real-life experience. It was interesting to see a few parallels between the thoughts and feelings she writes about and those that my main character Paige feels. But it wasn’t planned that way.

How did you make the dual timeline work in your favor?

That’s actually an interesting story! When I finished the first draft of Little Pieces of Me, it was told in three parts. In part one, my main character, Paige, finds out about the DNA match. Part two took place in 1974 when her mom, her dad and her DNA dad were all students at the University of Kansas, and part three picked up back in present day as we saw Paige trying to make sense of the news and how it impacted her life and her identity.

When my agent read it, she had an amazing idea. She pointed out that Part Two had a driving energy because the reader goes into it knowing these two characters will eventually have sex, and they keep reading to find out when and where and how it happened.

In the original draft, there were at least one-hundred pages left in the book after the “mystery” was solved. So my agent suggested changing the structure of the book away from three parts, and instead, weaving the timelines together.

Once I got over the panic of how much work that would be, I got really excited about the idea of taking the story apart and putting it back together. Before I started, I got some great advice from my friend, New York Times best-selling author, Julie Clark, who handled two timelines expertly in her book The Last Flight. She suggested making sure that I had a “hand off” between each timeline hop, so there was something—whether a line, a theme or a location—that helped carry the reader through.

When I was ready, I printed out a 50-page chapter-by-chapter outline with the past and present-day chapters in different colors. I went all arts-and-crafts on the project, cutting each chapter out and laying out the new order on my kitchen counter. I used Post-It notes to mark the places where I had to write new scenes, but there were only about six of those. It was crazy how well the two timelines fit together—almost like it was meant to be!

Was there any part of the story, as you wrote it, that surprised you?

There were quite a few parts of the story that surprised me as I went. While I do tend to have the story pretty well plotted, I always leave a little room for the characters to influence what happens.

The one that comes to mind is actually the last scene in the book. That day that I deconstructed the book and put it back together again, I was walking the kitchen counter, looking at the way the story was flowing. All of a sudden, the idea for the last chapter hit me and I literally had goosebumps.

I have seen a few reviews (I know I’m not supposed to be reading them, but I can’t help it!) that say they wish the last chapter wasn’t there, but I don’t regret writing it. I’m looking forward to asking readers what they think about that last scene when I get the opportunity to talk with book clubs who read the book!

What books are you reading and loving right now?

So many! A few recent favorites are Emily Henry’s People We Meet On Vacation. I read it in February and I’m pretty sure it might take the top spot on my best of the year list. I loved everything about it.

A few other recently released favorites include Waiting for the Night Song by Julie Carrick Dalton, Are We There Yet by Kathleen West and The Kindest Lie by Nancy Johnson. I was lucky enough to beta read Nancy’s debut and it has been so much fun to watch her book take off!

And last, but certainly not least, I’m currently binge-listening to Jessica Strawser’s A Million Reasons Why and I just love it. The book centers around a family secret revealed by a DNA test similar too Little Pieces of Me, and it’s fun seeing how she used the plot device. It’s so good.