The most anticipated YA books of 2019

The most anticipated YA books of 2019

2018 was a fantastic year in the YA lit world, but there are so many amazing books coming out in 2019. She Reads created a roundup list of 15 books so you can put more time into reading these great stories instead of researching for the hot new book. From fantasy to historical fiction to contemporary, there is a most anticipated read for everyone in 2019. So pull out your bookmarks and let’s get reading. 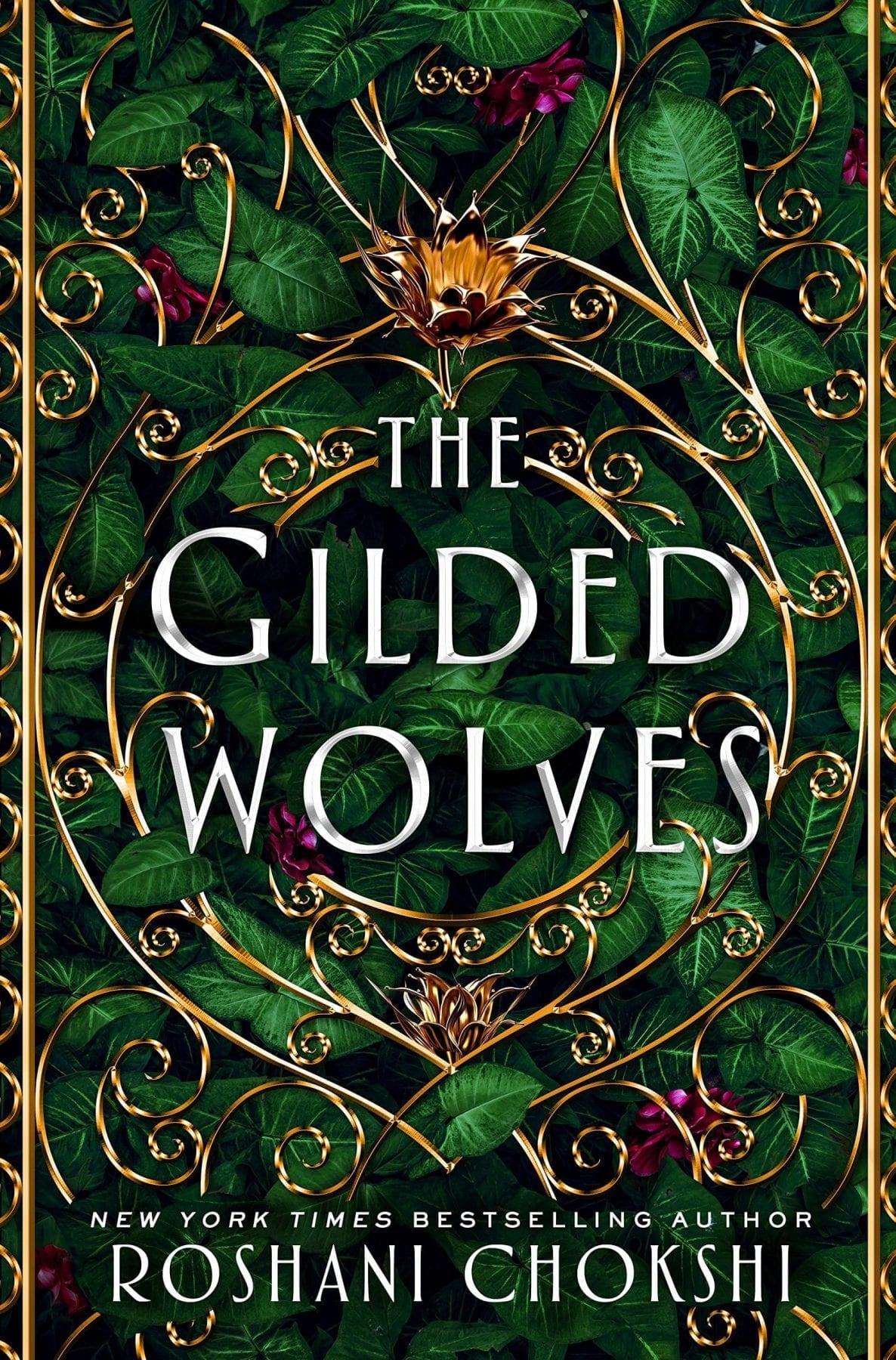 The Gilded Wolves by Roshani Chokshi

Roshani Chokshi starts off the year with a thrilling heist novel set in 1889 France, the dazzling Belle Époque period, led by hotelier Séverin Montagnet-Alarie. Séverin is approached by the powerful Order of Babel to accomplish a mission in exchange for his true inheritance. With a group of clever experts, Séverin embarks on a heist that exposes Paris’s darkest secrets and could impact history as they know it.

King of Scars by Leigh Bardugo

Return to the Grishaverse with Leigh Bardugo’s new series featuring Nikolai Lantsov, everyone’s favorite privateer from The Shadow and Bone and Six of Crows series. Nikolai has secrets he would rather keep covered, but when Ravka and the Grisha Army are threatened, Nikolai will do anything to save his country even if that means exposing his secrets. 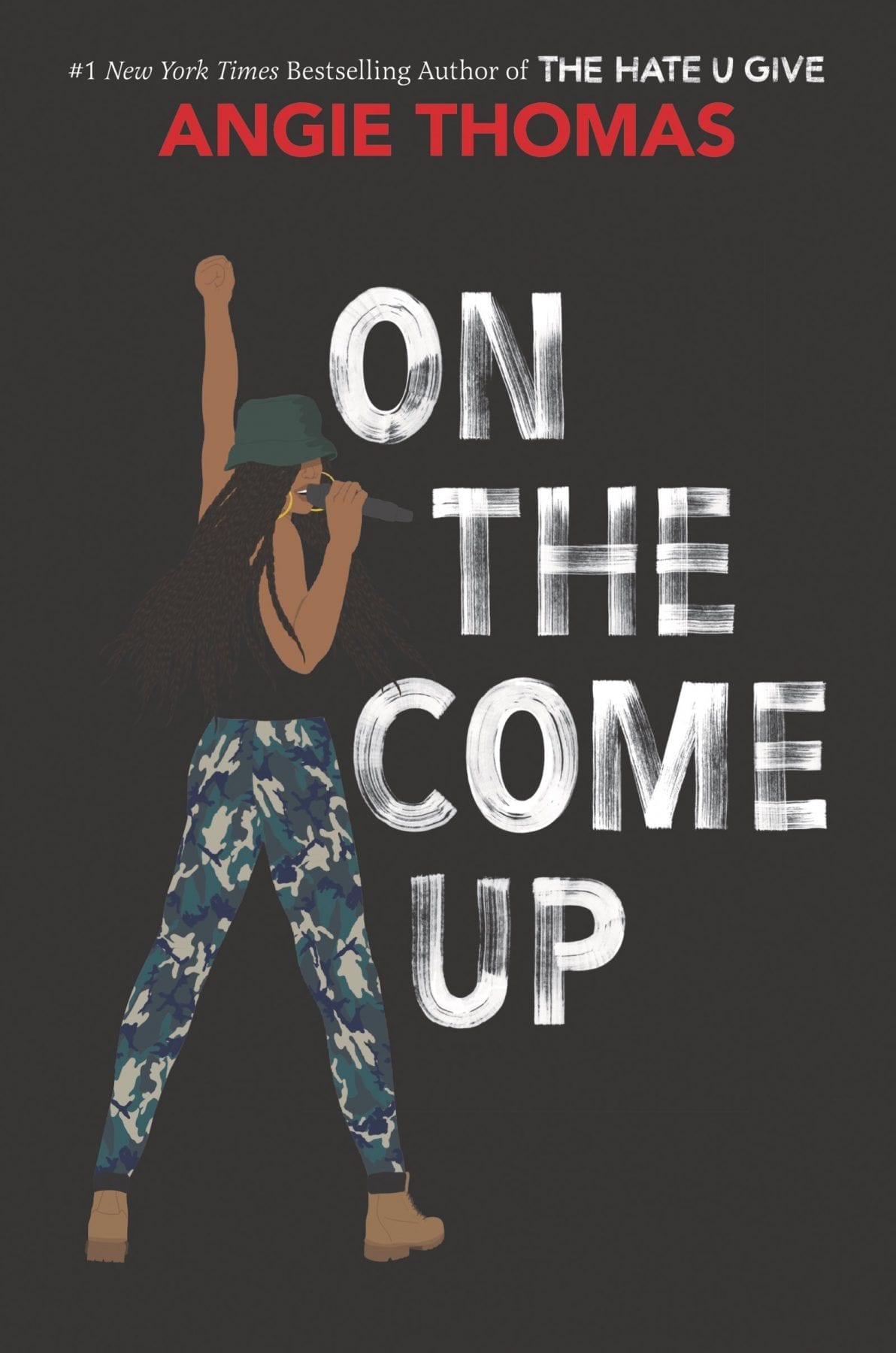 On the Come Up by Angie Thomas

Angie Thomas rocked the YA world with her debut The Hate U Give. Now Thomas’s second standalone features Bri, a 16-year-old with dreams of becoming the next big rapper. But when Bri’s mother loses her job, Bri turns her frustration into her first song that immediately goes viral and with consequence. Now Bri is being portrayed as a menace by the media and an eviction notice threatens her family. Bri has no choice but to make it big even if that means possibly losing herself.

Set in an America where Muslim Americans are sent to internment camps, Layla Amin fights for freedom in this standalone by Ahmed, the author of Love, Hate & Other Filters. You’ll devour this poignant yet hopeful novel as Layla and the camp lead a rebellion against the camp director. 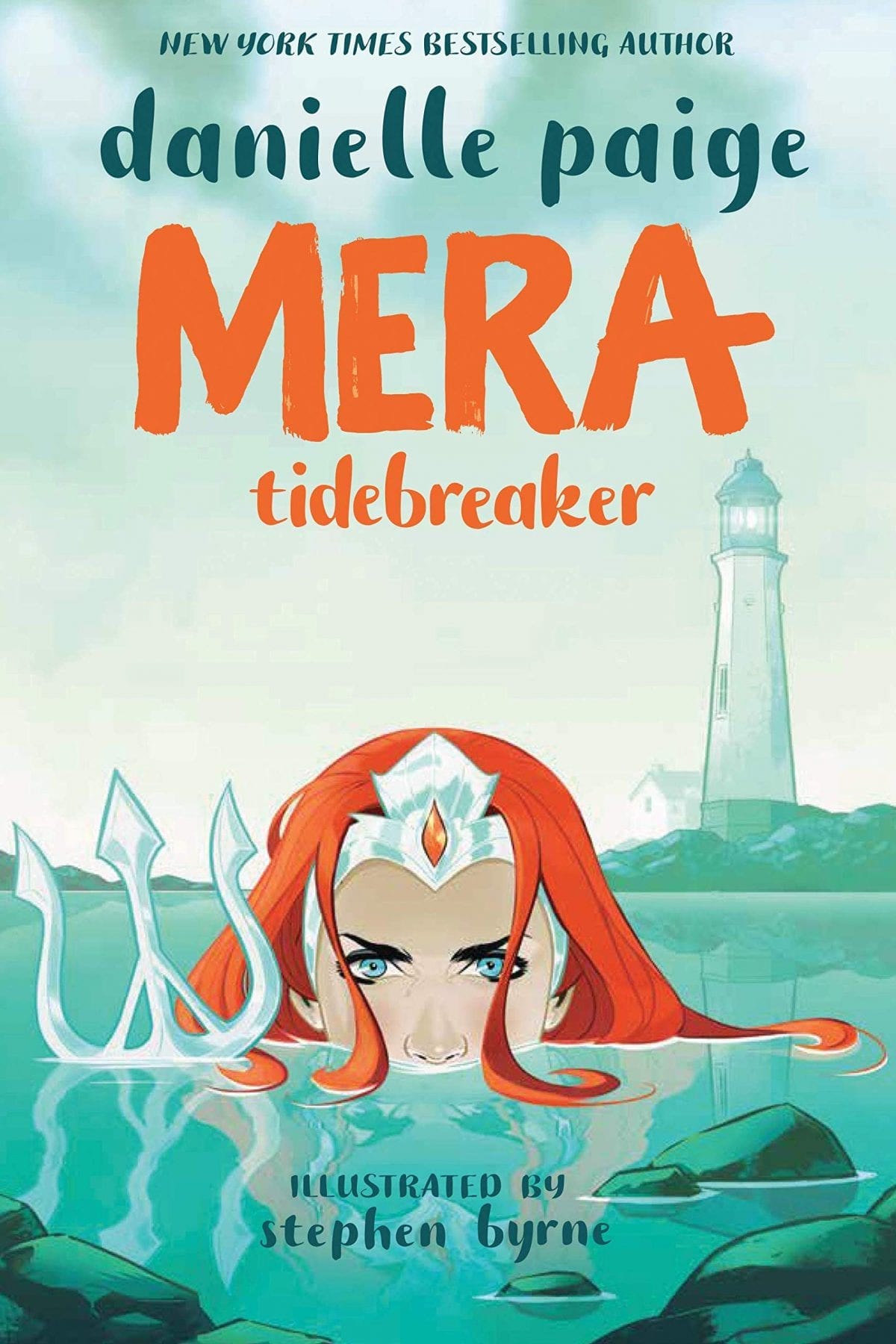 In this origin graphic novel, Princess Mira of Xebel, a penal colony of Atlantis, is expected to marry the future king of the underwater kingdom. Instead, she decides to join the Xebellion military in overthrowing the oppressive regime and assassinating Arthur Curry, the prince she is expected to marry – that is if they don’t fall in love with one another first. 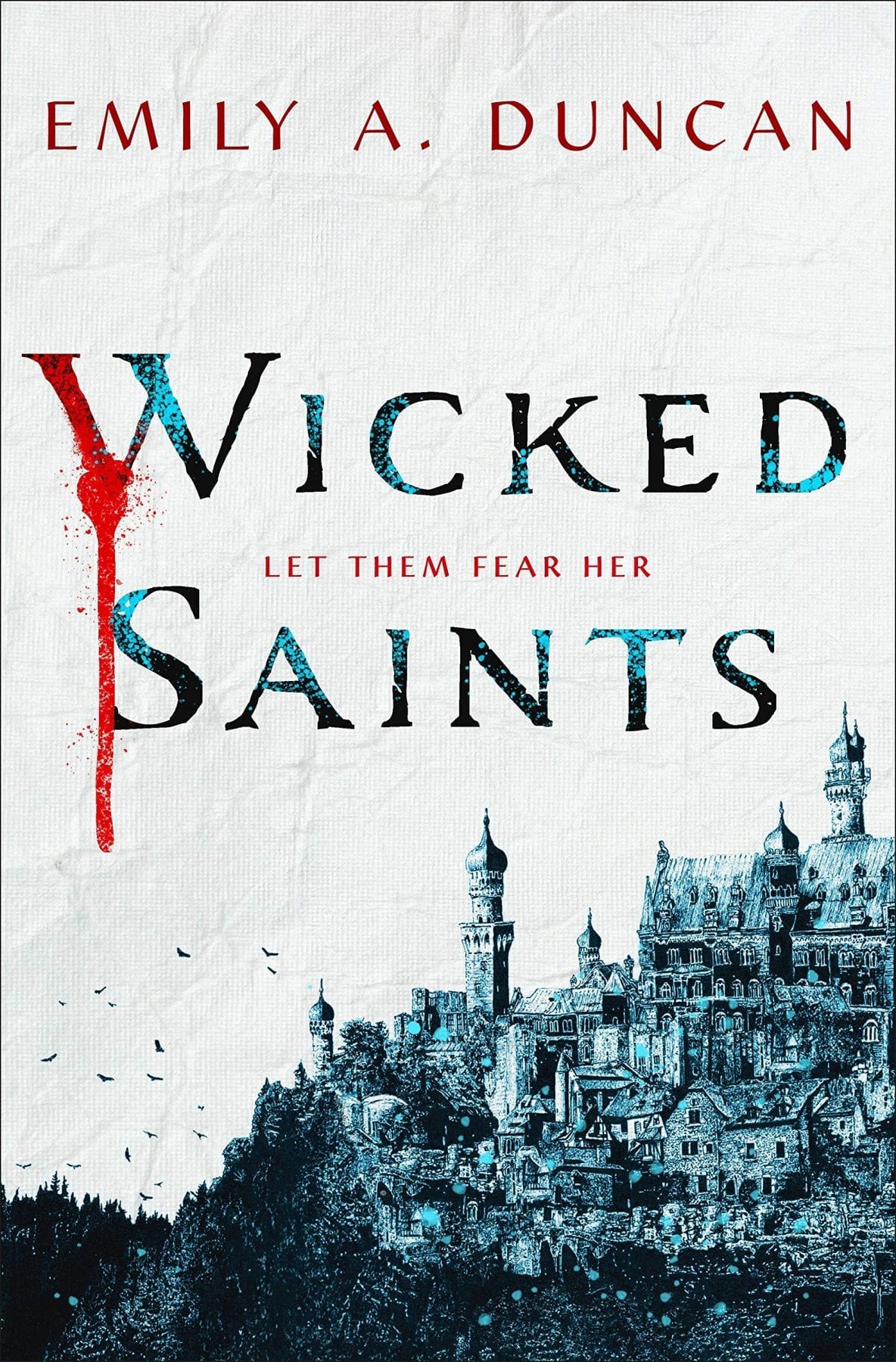 Wicked Saints by Emily A. Duncan

The first of Duncan’s Gothic Something Dark and Holy trilogy has been buzzing in the news on Twitter recently. Featuring saints with questionable motives, a girl who can speak to the gods and a boy who is just as much of a monster as he is a man, this dark fantasy is perfect for anyone who loves a book filled with fantastic twists and turns.

Jay Kristoff and Amie Kaufman are a brilliant team as seen with their Illuminae series. Their new book is a sci-fi retelling of Sleeping Beauty. Aurora Academy’s top recruit Tyler Jones lands in charge of a group of the academy’s misfits. But when they save Aurora Jie-Lin O’Malley who has been asleep for the last 200 years, war is imminent and the group just might be the last hope for the entire galaxy. 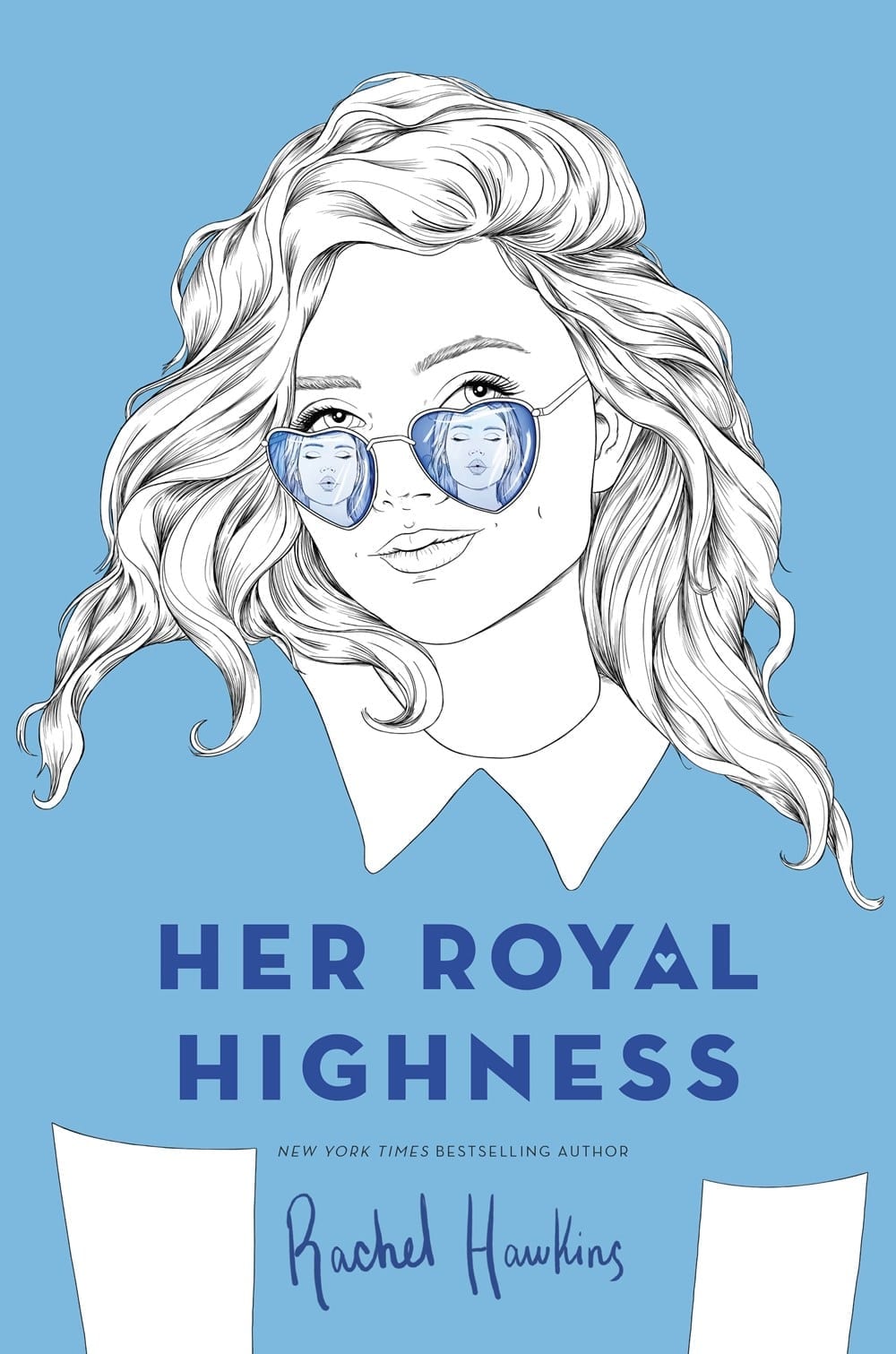 Her Royal Highness by Rachel Hawkins

After Millie Quint discovers that her sort-of-girlfriend has been cheating on her, Millie applies to a boarding school in Scotland. Flora is Millie’s new roommate, potential girlfriend – and the princess of Scotland. But after Millie’s last relationship, she knows there is a slim chance at happily ever after… but life may be more like a fairy tale after all. 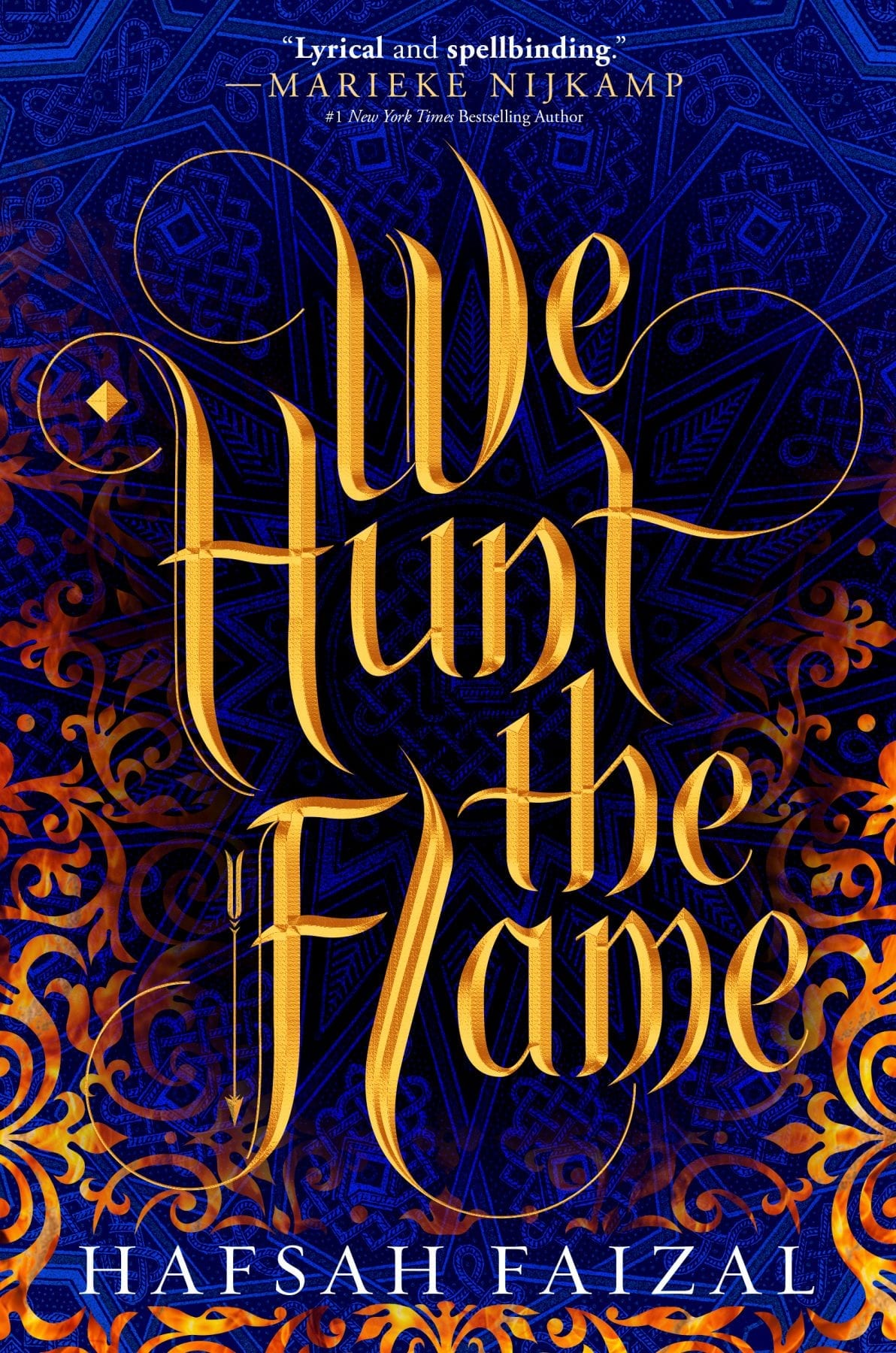 We Hunt the Flame by Hafsah Faizal

This debut set in a land inspired by ancient Arabia has been named one of the most anticipated novels of the year by Bustle, Barnes & Noble and Paste Magazine. Zafira must disguise herself as a man in order to feed her people while Nasir is the crowned prince who assassinates those who question his autocratic father. But when both hunt for a lost artifact, the pair find that there is an ancient evil that is more threatening than anything they can imagine. 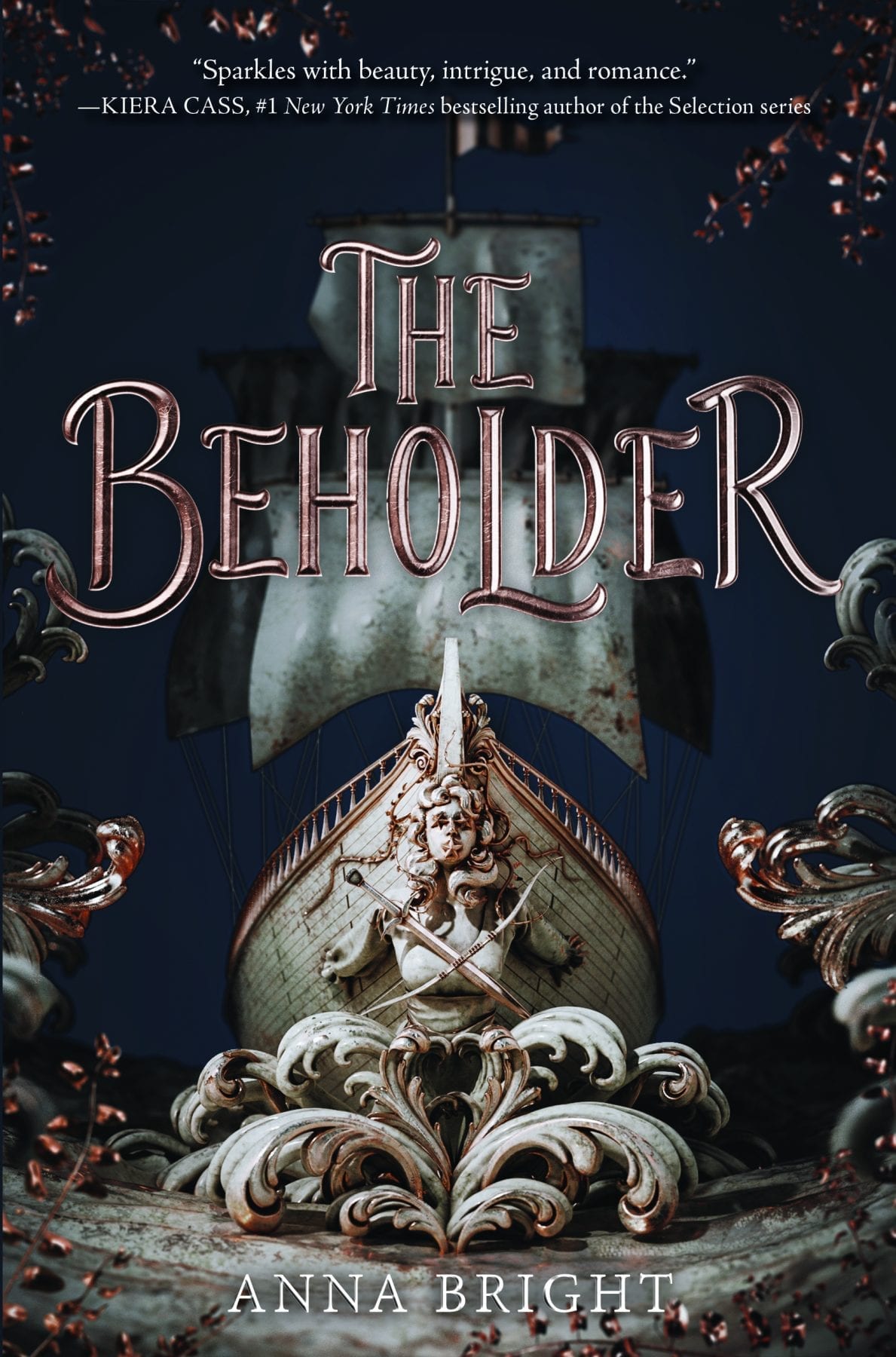 The Beholder by Anna Bright

This romance debut is for those who love fairy tales with a twist. Selah is the daughter of the leader of the Potomac and is expected to make the perfect marriage match. But when her stepmother startlingly suggests traveling across the Atlantic to search for potential suitors, Selah learns there are secrets and stakes brewing beyond her fairy tale ending. 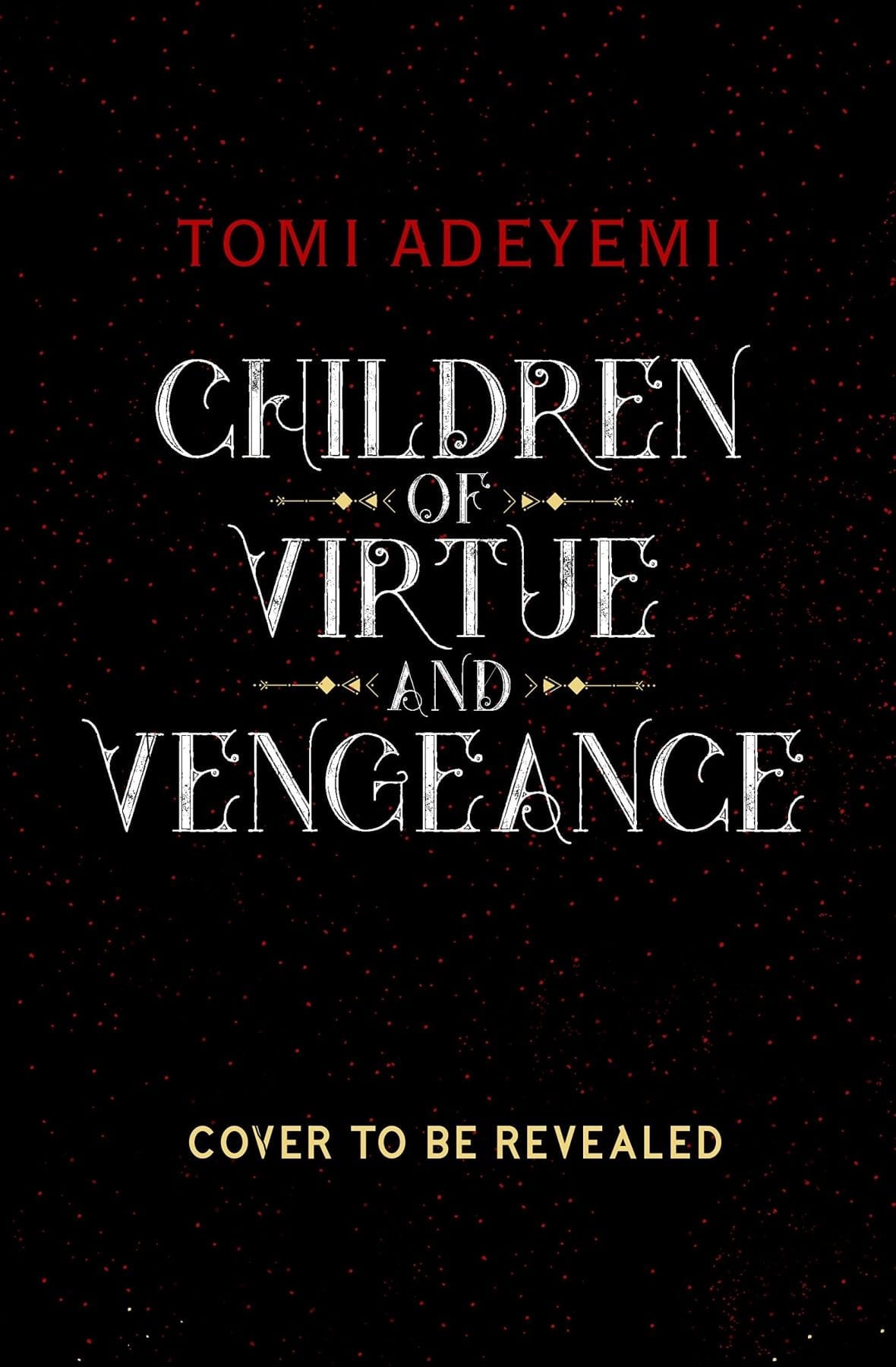 Children of Virtue and Vengeance by Tomi Adeyemi

Return to the land of the Orïsha with Zélie and Amari in the sequel to Children of Blood and Bone. The pair successfully brought magic back, not only to the maji but also to the nobles of magic ancestry. Now Zélie must secure Amari’s right to the throne as she balances with protecting the new maji from the monarchy. 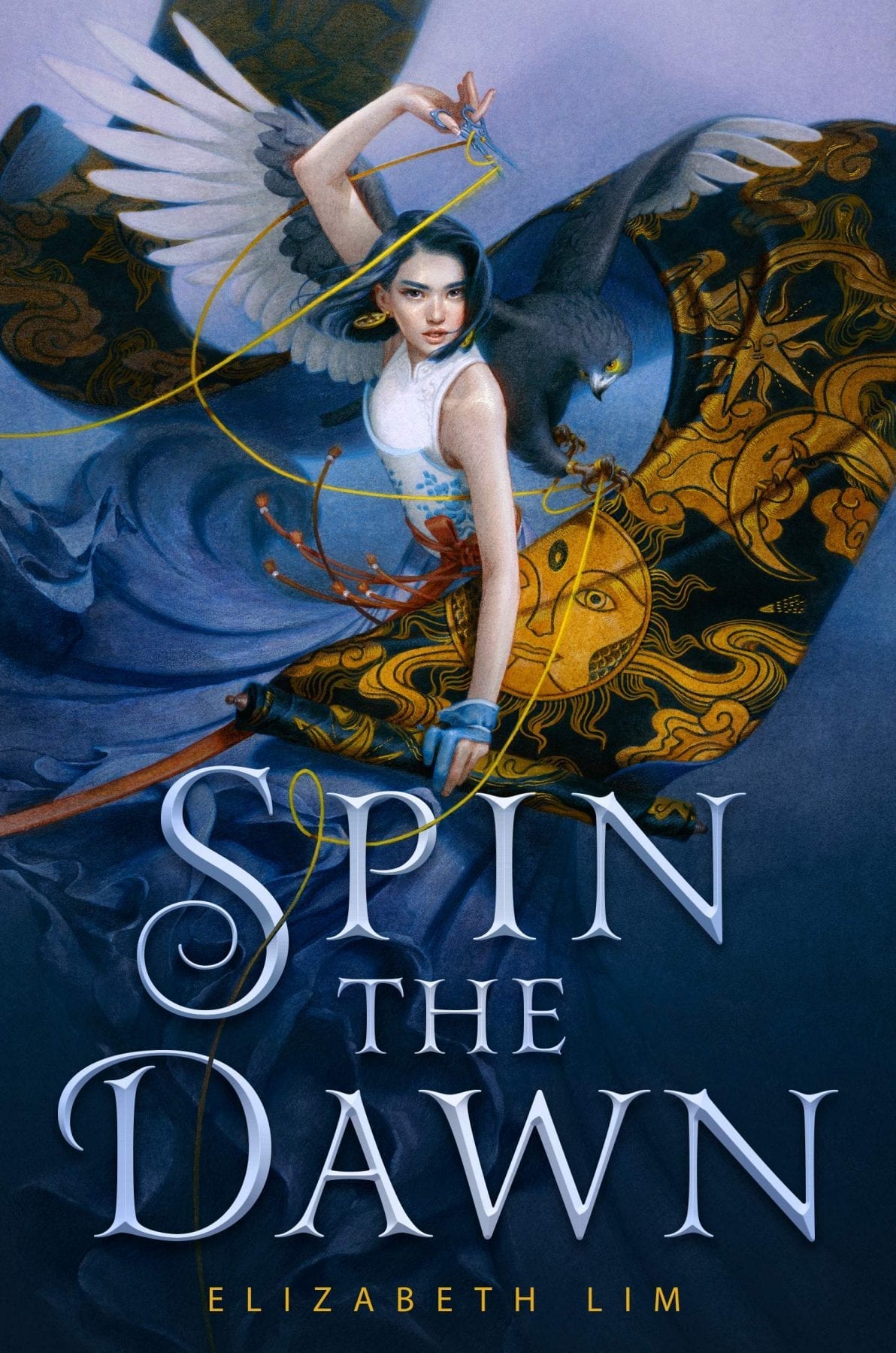 Spin the Dawn by Elizabeth Lim

Deemed Project Runway meets Mulan, this debut is filled with magic and mythology based in Chinese culture. Maia Tamarin dreams about becoming the best tailor in the land and she might just get her opportunity but not the way she expects. When her ailing father is called to court, Maia takes his place by disguising herself as a boy to compete with 11 other tailors. Maia must search for materials to sew three magic gowns, but she might find more than she is looking for. 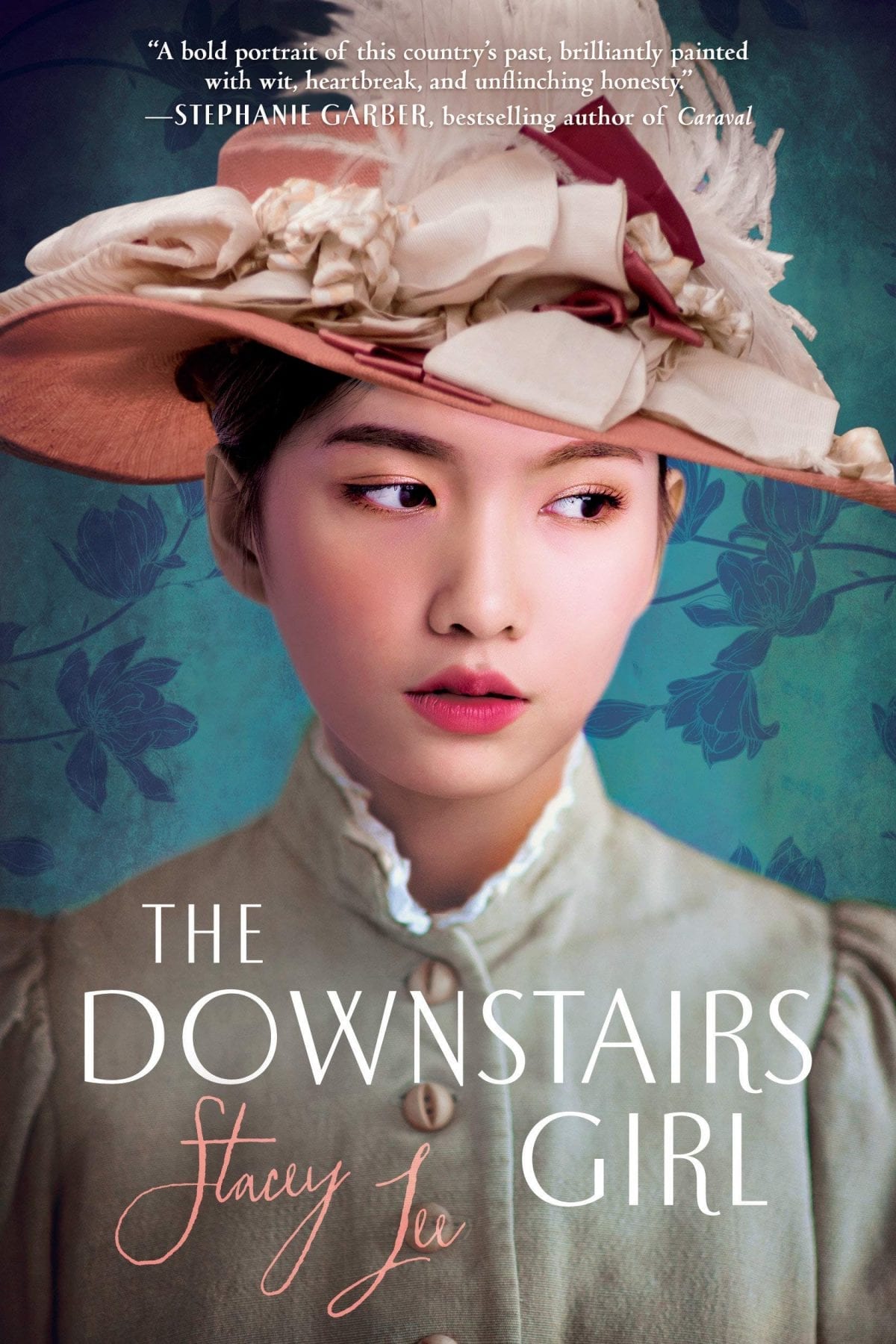 The Downstairs Girl by Stacey Lee

Stacey Lee’s newest historical fiction follows Jo Kuan in Atlanta in the late 1800s, the era of the New South. Jo works as a lady’s maid for a wealthy man’s cruel daughter, but Jo has a secret: she writes under a pseudonym for the “Dear Miss Sweetie” newspaper column which provides advice for the upper-class Southern lady. But when she decides to challenge ideas about race and gender in the column, backlash threatens her secret identity and Jo must decide if she wants to come forward and reveal herself or stay in the shadows. 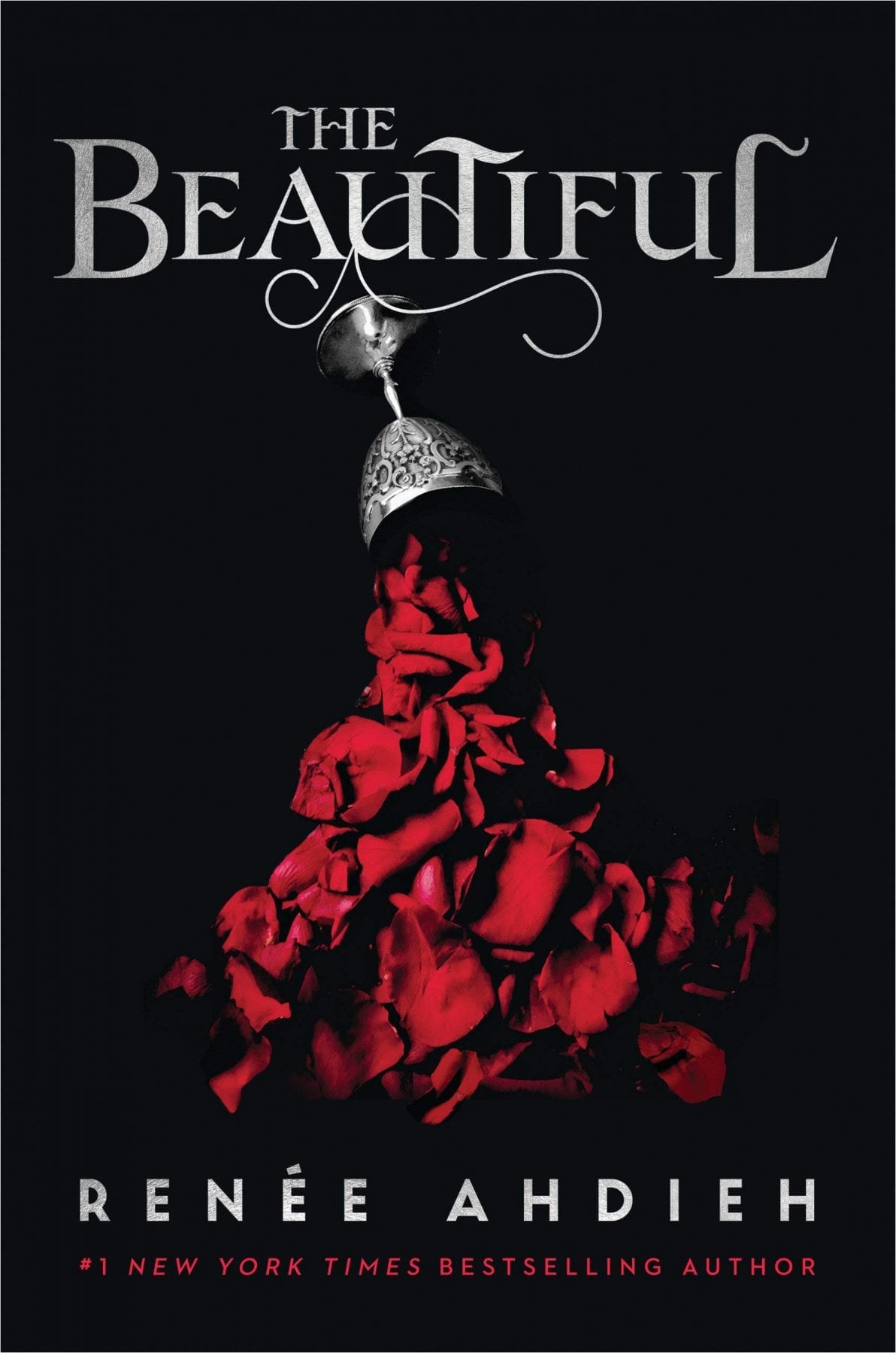 If you loved Ahdieh’s Flame in the Mist and The Wrath & The Dawn series, then you will love her new romance set in 1872 New Orleans. After Celine Rousseau flees Paris, she is taken in by a Ursuline convent and is immediately enamored by the city and its danger – especially the glitzy Les Cour des Lions and its leader Sèbastien Saint Germain. But when a girl from the convent is found dead in the lair and more murders spring around the city, Celine discovers an ancient feud that just might reveal something about herself she always questioned. 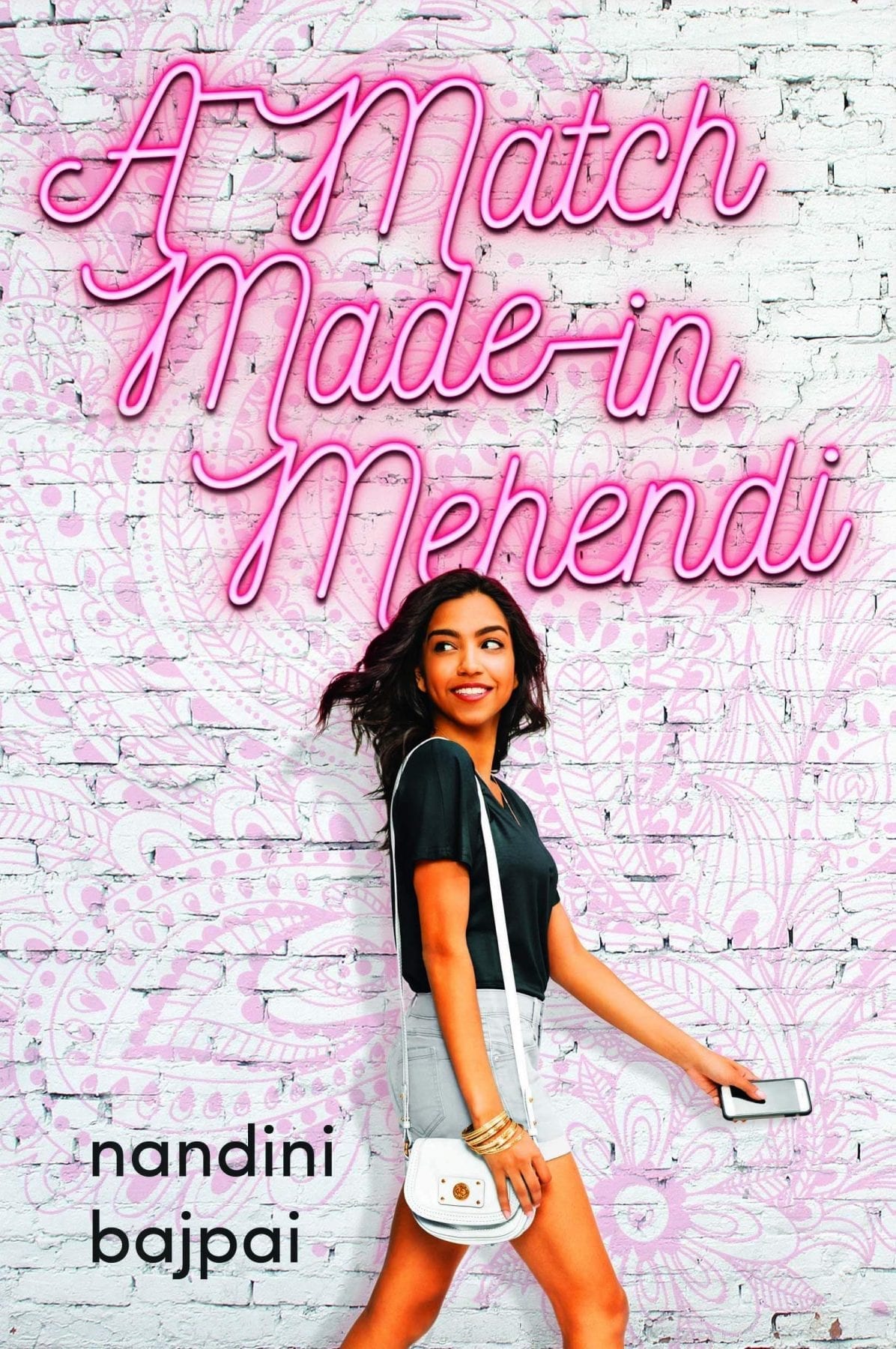 A Match Made in Mehendi by Nandini Bajpai

Simran “Simi” Sangha comes from a family of Indian vichole – matchmakers – but Simi is an artist and doesn’t want anything to do with matchmaking. However, when she realizes that matchmaking just might improve high school for her and her BFF Noah, Simi decides to offer matchmaking services via the app. But when she matches a wallflower girl and a popular boy on the soccer team, Simi shakes up the status quo which makes her high school enemy number one.