The one thing there is to love about science fiction is its long-standing tradition to highlight young adults as protagonists. And middle-grade sci-fi is no different. With a pre-teen audience from 8 to 12 years old, these sci-fi books feature characters in mysterious, action-packed, adventurous or futuristic situations.

So if you love a hero’s journey or just a good space battle, you’ll love these middle-grade science fiction books. 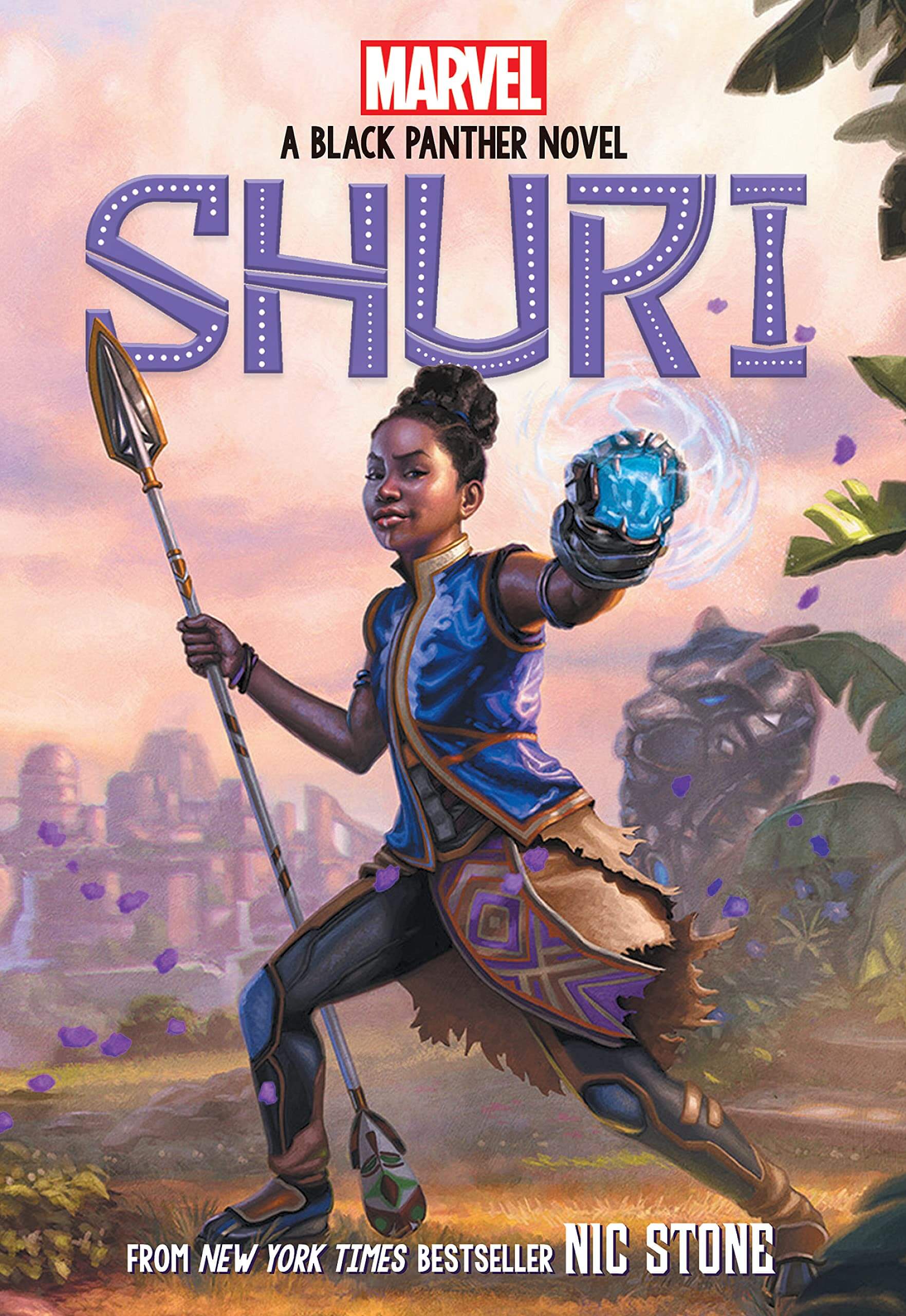 Marvel has taken the Black Panther to a new level with 13-year-old Princess Shuri as the star of this novel. She’s still a technological genius much, like the movie. But as for the other details, including her family’s history, much has changed. Shuri has just told her parents that the heart-shaped herb is near death. This plant which gives the Black Panther his abilities will be depleted in a matter of days. It is up to Shuri to save the day—so she sets out with her best friend, K’Marah—also a bodyguard-in-training—to learn what’s killing the powerful herb in their land. This ultimately leaves her outside of her home and on a journey where she gains help from unexpected friends and faces and even more unexpected villains. 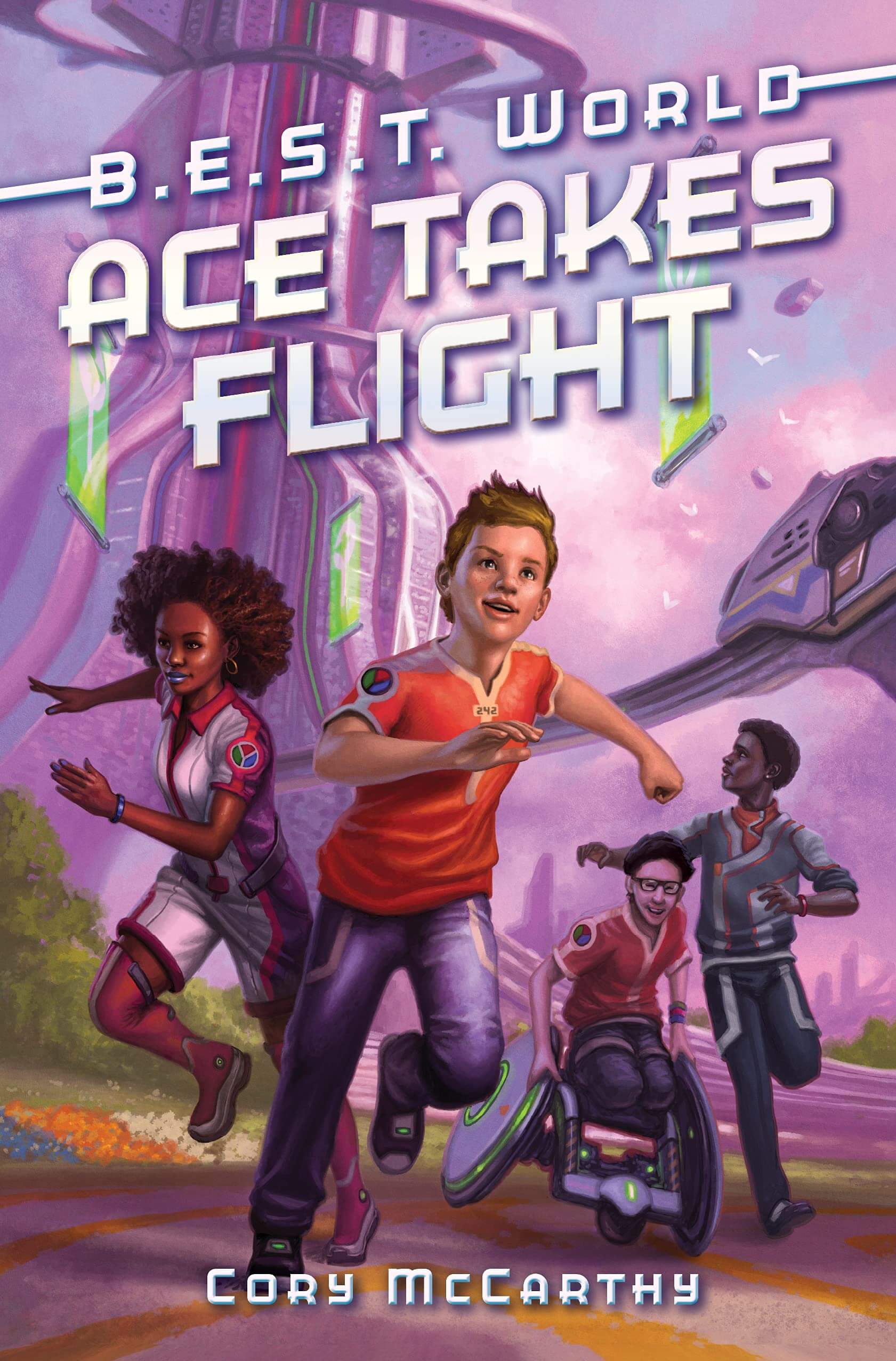 In 2048 when 11-year-old Ace Wells finally gets into his dream school, the Biological Enhancement Systems Technology Program, or B.E.S.T., he assumes life is at its peak. He can come out from his brother Finn’s shadow and be his own person. Yet B.E.S.T., a program that allows cadets to receive augments that enhance their bodies and minds, goes awry from the start. From his roommates to his coaches, life is just not what he imagined it would be. He even comes close to being artificial intelligence elevator food. When the unusual twists and turns keep happening to Ace, he starts to wonder if there is more about the school that he can see. And, when he does find secrets, how will he respond to a place that still holds everything he’s ever dreamed of having? 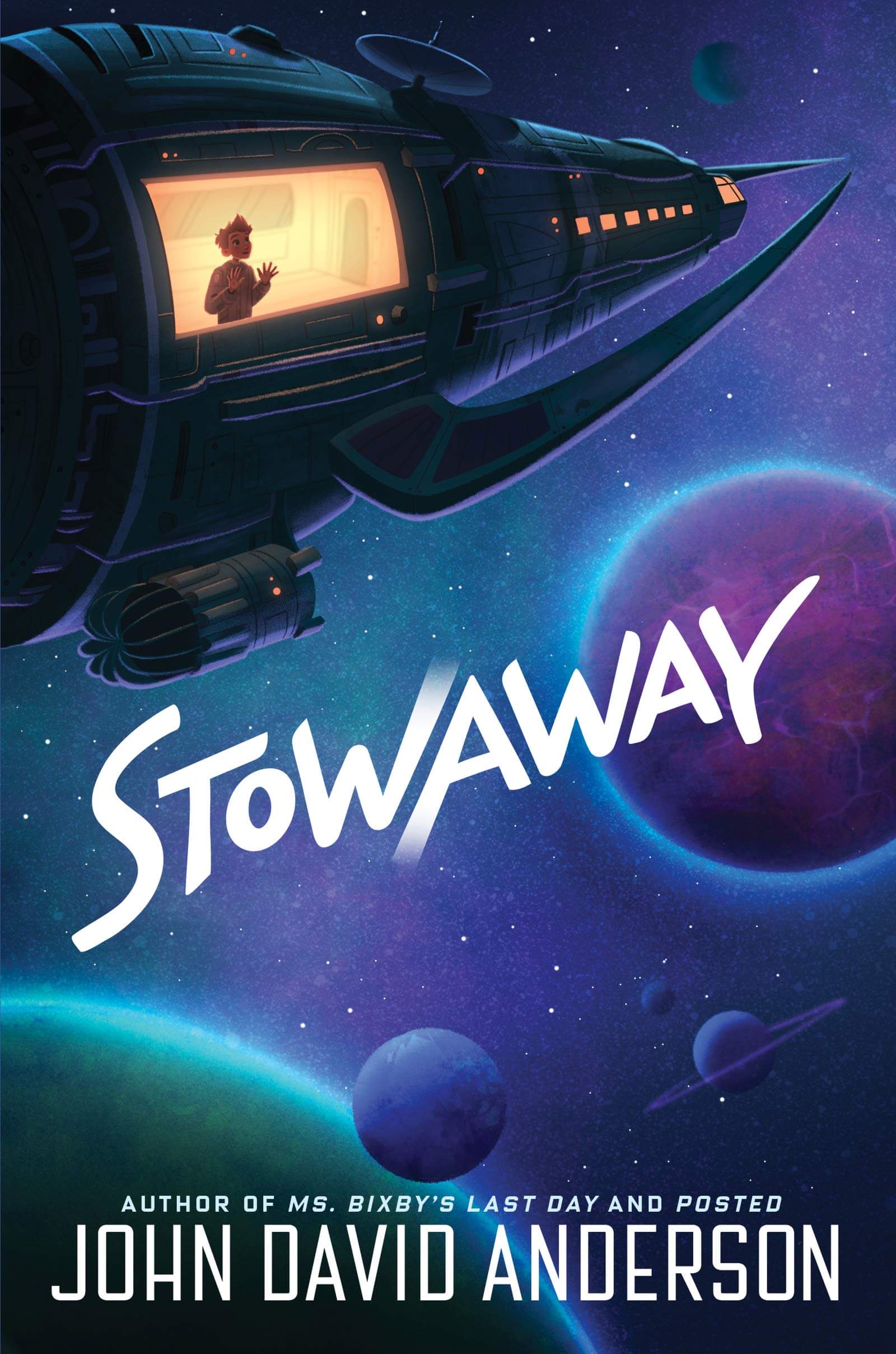 We’ve heard of friendly aliens—but aliens willing to help out the human race with new technology, in exchange for a rare resource found in the Earth’s crust might be too good to be true. That too-good moment lasted very briefly, because soon after the friendly aliens arrived in Leo’s life, a war followed, causing his mother to lose her life and his father to put them on a ship into space. After some time in space, their ship gets attacked, and his father, a Coalition scientist, is taken away. Left stranded on a damaged ship, Leo, his brother Gareth, and their crew is raided by space pirates looking for goods. Seeing an opportunity, Gareth encourages Leo to stow away onto the pirate ship so he can be safe and find answers about their father. What he finds is an interesting twist he didn’t see coming from the pirates, his father—and even himself. 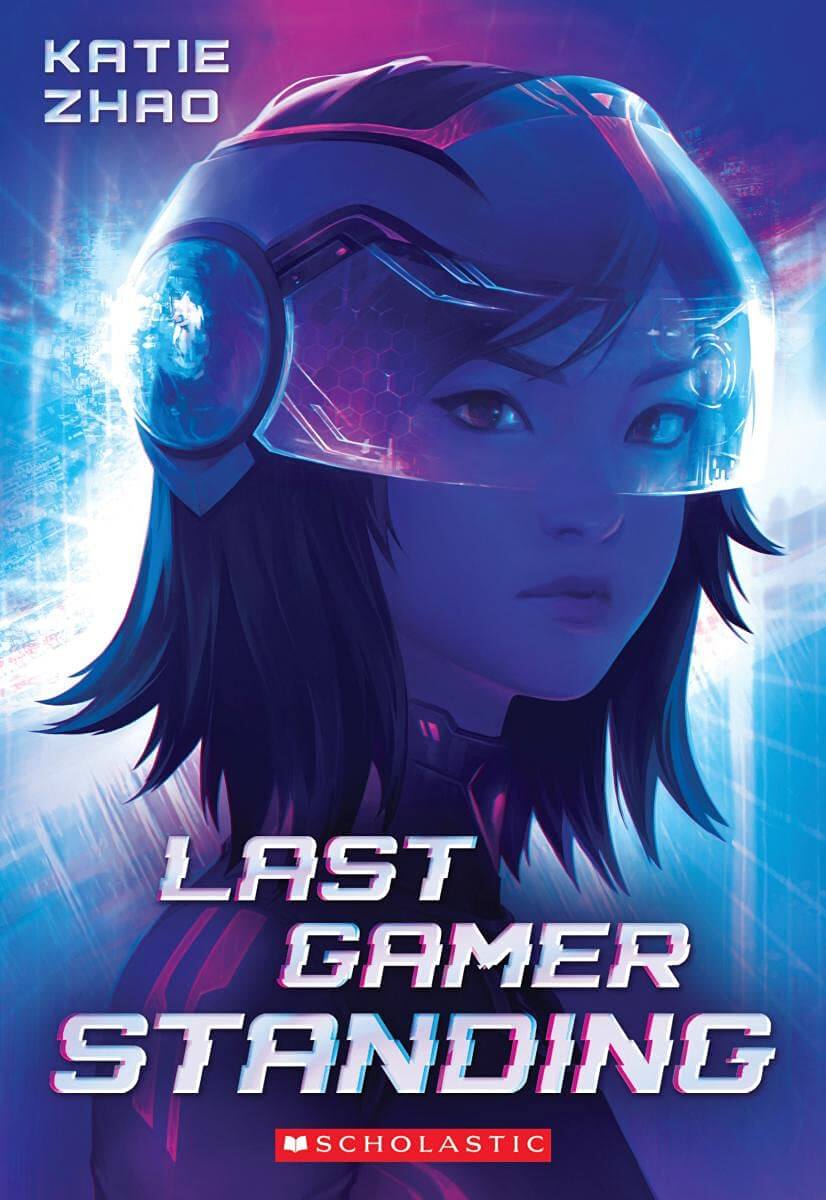 It’s the year 2067. Reyna Cheng’s life is filled with gaming. At 12 years old, she even competes in the Junior Dayhold Tournament games, with the Avatar named TheRuiNar. Since gaming is still only made for boys, she must disguise herself to reach the top. As the tournament is about to begin, Reyna knows that she can beat anyone and win the $10,000 prize. Someone else knows it too, because she is then blackmailed and threatened by a mysterious unknown troll. Needing the money to pay for her mother’s medical bills, Reyna must stand up against the gaming community and face the troll head on. 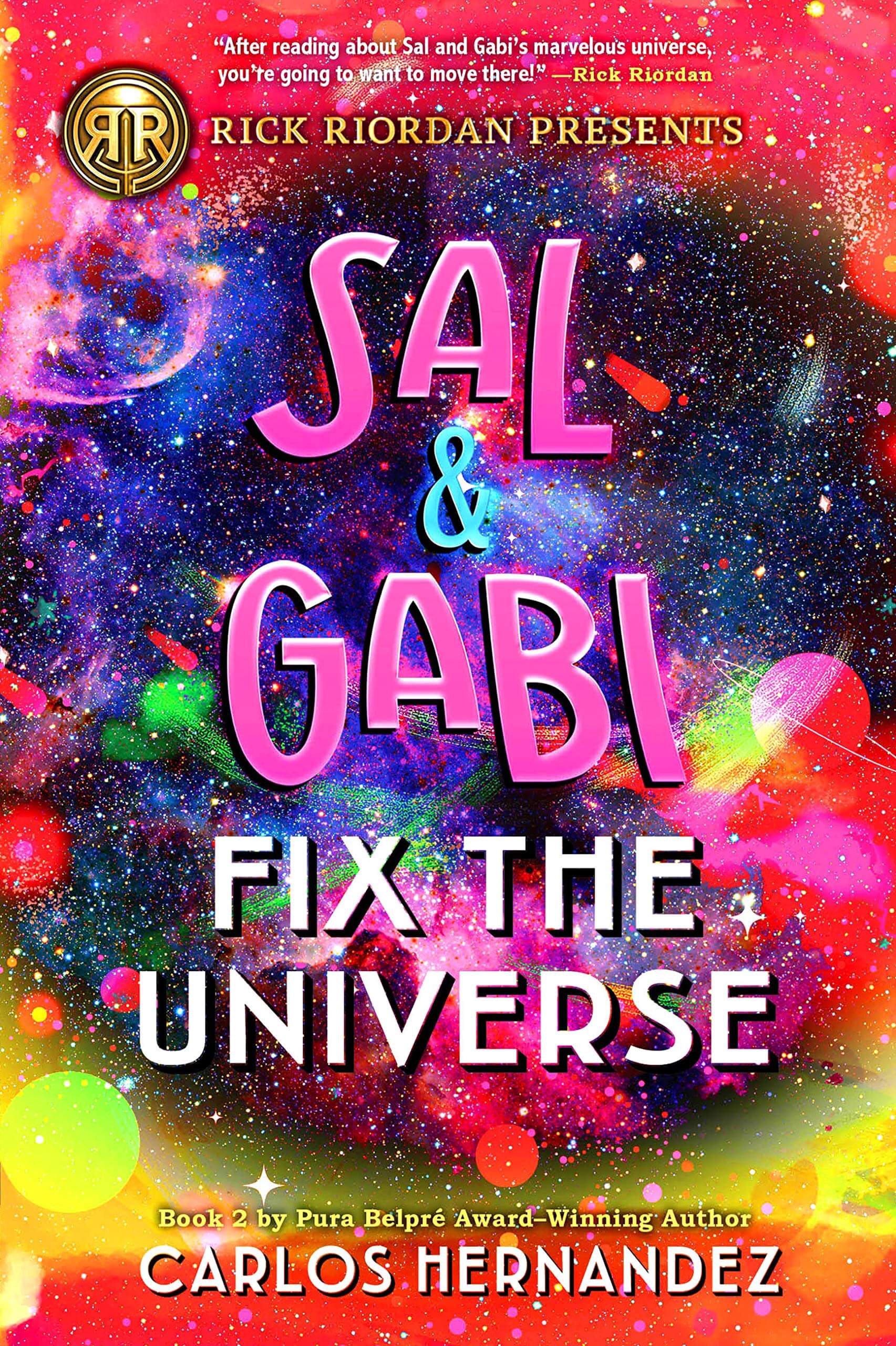 Sal and Gabi Fix the Universe by Carlos Hernandez

Sal Vidón and Gabi Reál are back at it again. In this second saga, the two are trying to work out their lives in a broken universe. They have a rogue Gabi from another universe, Sal’s new friend Yasmany is missing, and his dad, a calamity physicist, is trying to fix their remembranation machine and close the other universes for good. All they have to do is keep it together and hope nothing more goes awry. But does the universe really want peace or chaos among them? Only time will tell. 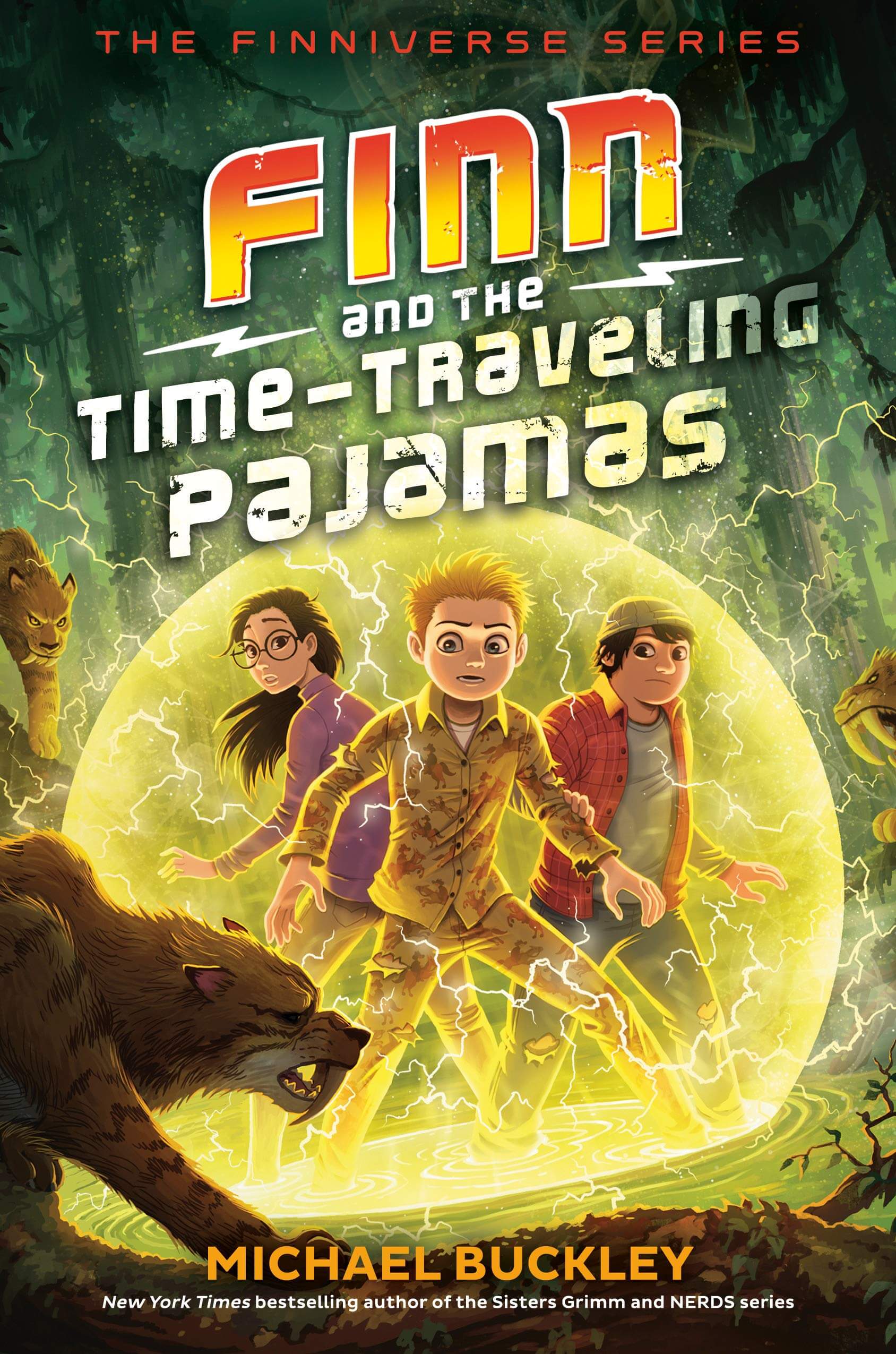 Finn and the Time-Traveling Pajamas by Michael Buckley

The second book in the Finniverse series meets nine-year-old Finn who just saw an older version of himself from the future. Older Finn even saved his younger self and his friend’s Julep and Lincoln from Time Rangers. With their lives no longer in danger, they’re asked a favor from the older Finn. Travel in time again and win in a battle against the monster Paradox. To do this they get a pair of time machine pajamas that sets them on a journey filled with adventure, laughs, and serious life or death situations. 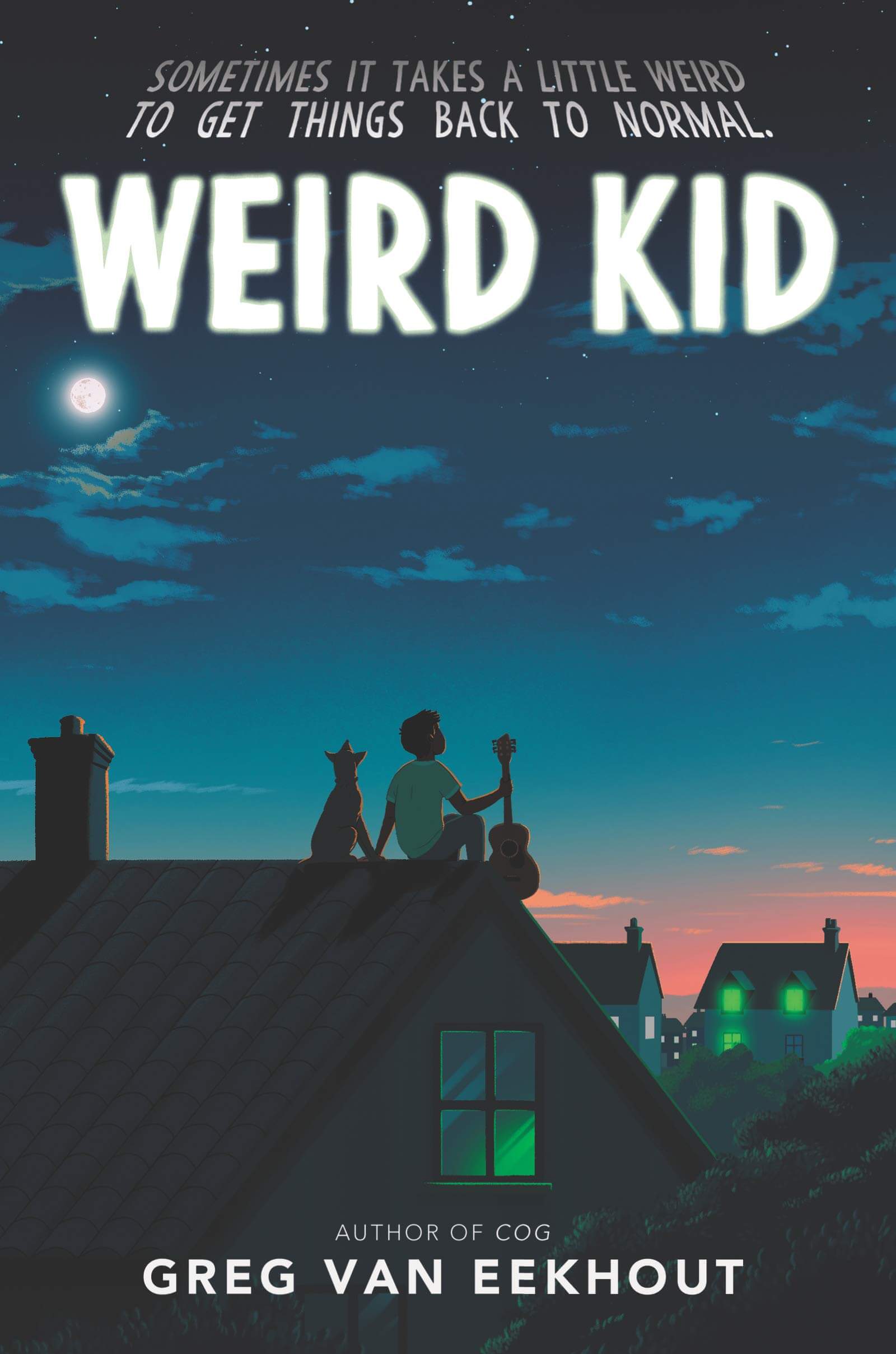 Jake Wind is a 12-year-old alien boy. Specifically, he is a shapeshifting ball of goo, or at least that is how his parents found him. His dad, a proctologist and his mom took him in and raised him as a human in Cedar Creek View, Arizona. Now Jake is growing, and with it, his abilities. But if he wants to stay in middle school and out of homeschool, he must stay out of trouble and out of sight. His only problem is, the town is acting strange: sinkholes pop up randomly filled with odd substances, and people are acting weirder than normal. Plus there is the constant humming around town that only he can hear and his uncontrollable need to shapeshift as he tries to make new friends. Not to worry Jake soon finds smart and witty Agnes Oakes who isn’t freaked out about the goo coming from the sinkholes, and who’s agreed to help him find out what’s going on around town, including using his powers to save them all. 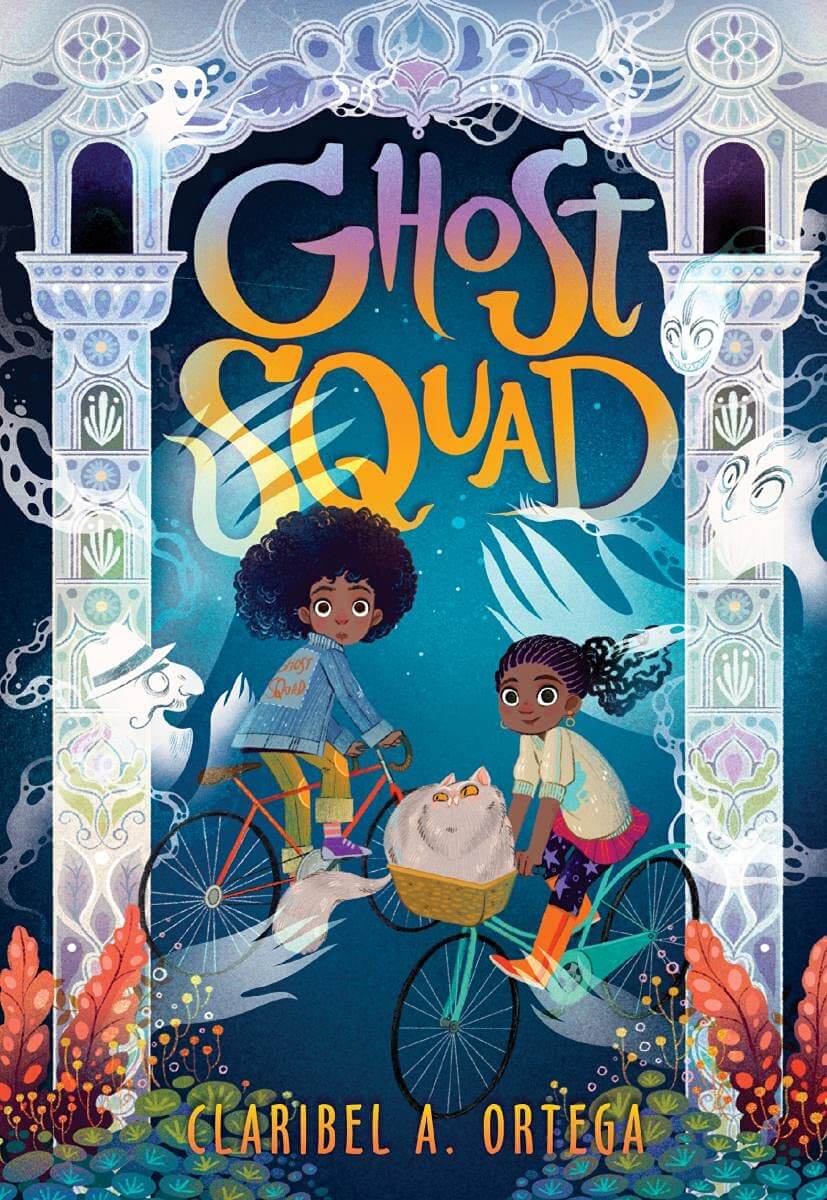 Ghost Squad by Claribel A. Ortega

Lucely Luna lives with her family and has a best friend named Syd. When Lucely and her friend discovered in school a spell book to raise the dead, the two accidentally cast a spell that released evil spirits onto their land. In order to protect her town she must team up with her best friend Syd, her fat cat, Chunk, and Syd’s with abuela to save their town and families. 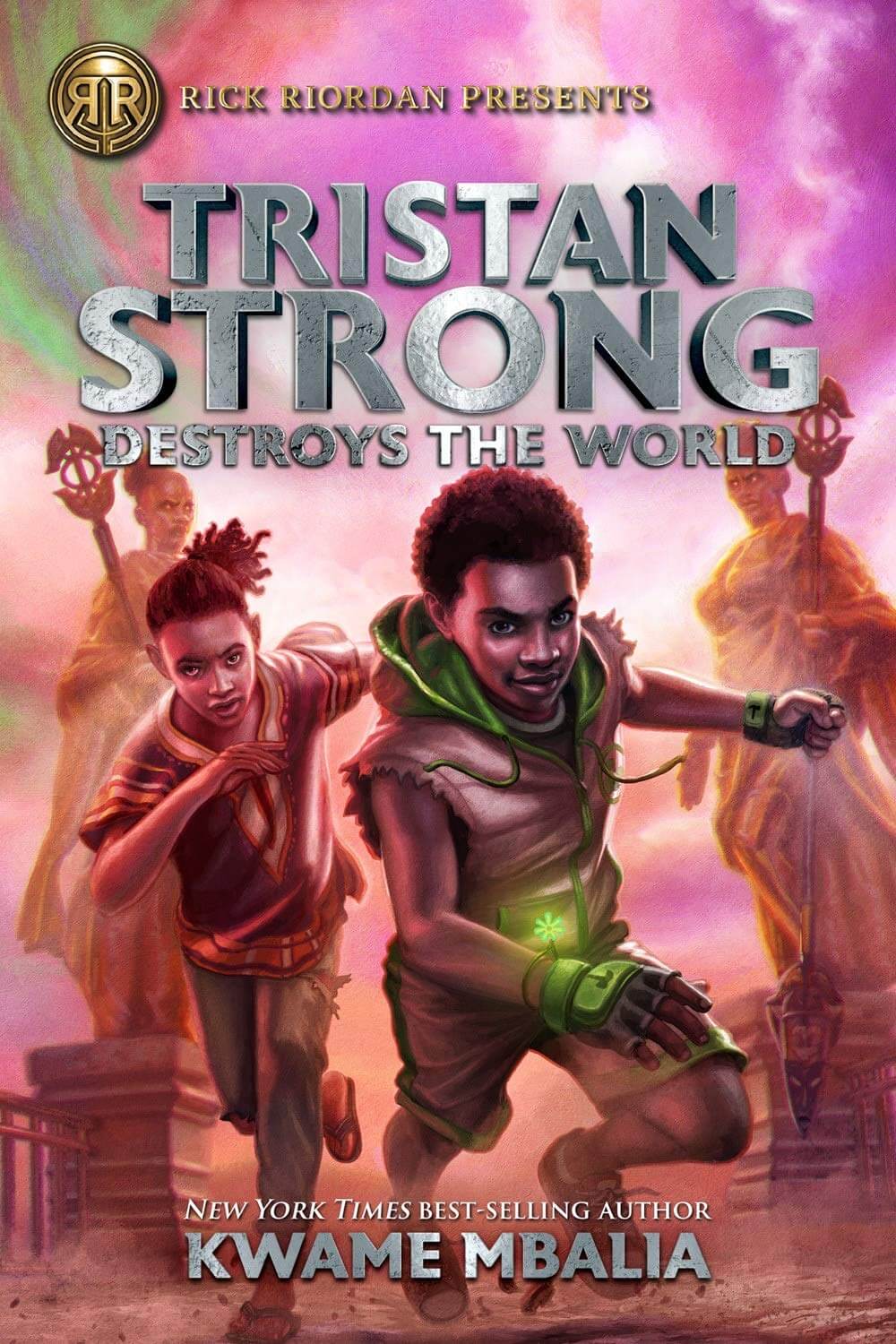 Returning from an otherworldly battle can put a strain on just about anyone’s psyche. For eighth-grader Tristan Strong, his trauma and PTSD come at random times throughout the day now that he’s home. But it’s only been on Earth for a month, living with his grandmother while one of his enemies from Alke, a world filled with mystical black deities, follows him looking for revenge. They call him the Shamble Man, a mysteriously strange monster that wreaks havoc upon gods and heroes. Shamble has kidnapped Tristan’s grandmother and sent her off to Alke, giving Tristan no choice but to save her. With the help of his friend Gum Baby and the wise-cracking voice on his phone, Anansi, Tristan must find the strength and courage to save his family all while keeping his mind from losing it. 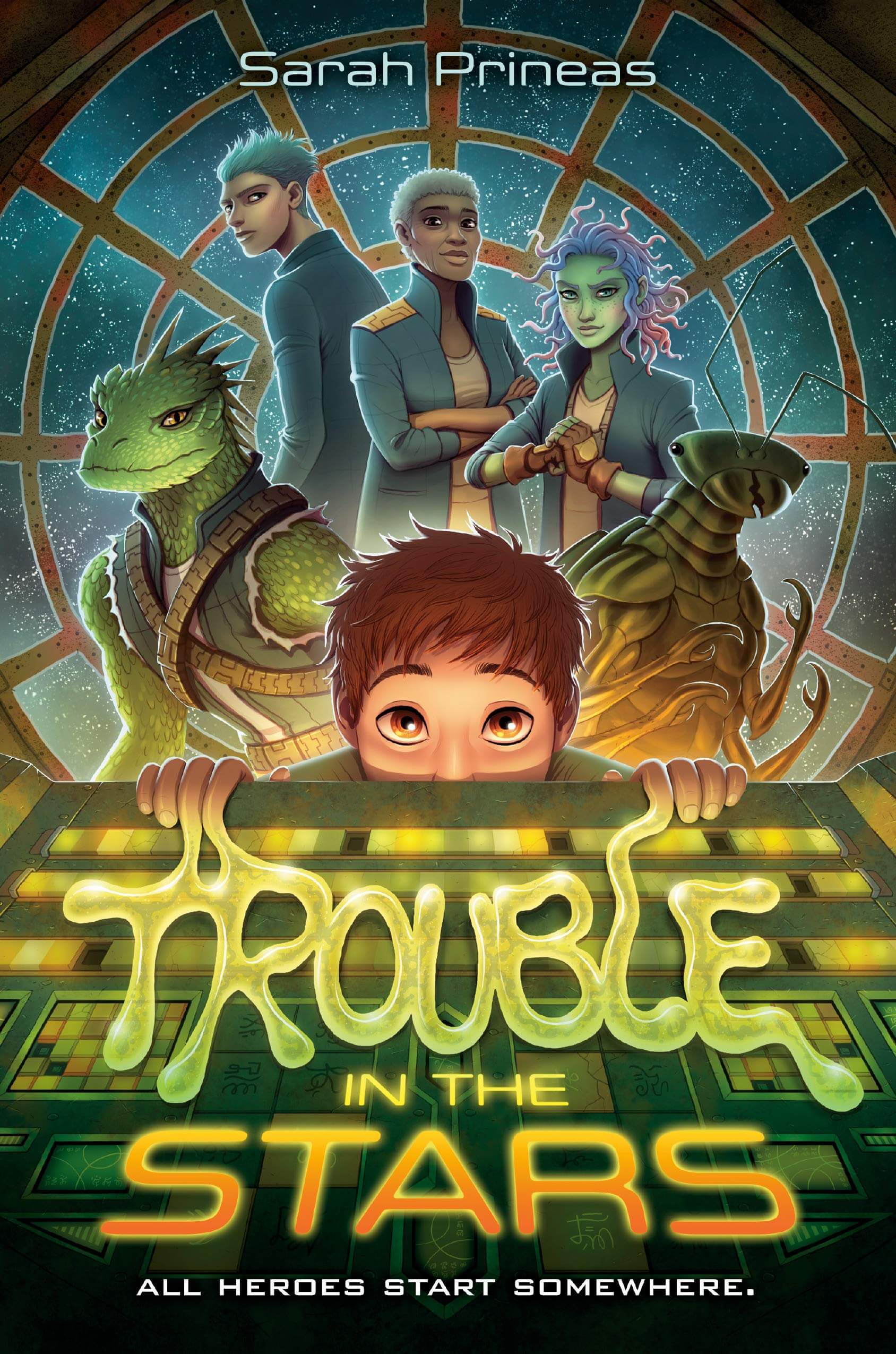 Trouble in the Stars by Sarah Prineas

Shapeshift Trouble could tell they were on the run from something foreign and that when the StarLeague shows up, you run. When Trouble thinks a cute puppy is a way to go, even that causes its doubts and has Trouble caged. Stowing away on a contraband-laden cargo airship, Trouble turns into a human boy serving meals and cleaning up after people. Only the StarLeague is after the ship and Trouble’s time is running up. The shapeshifter must decide whether to run or to shift back and fight.