Must-Read ​​YA Books for Juneteenth

Must-Read ​​YA Books for Juneteenth

On June 19, 1865, two years after the Emancipation Proclamation was declared, the enslaved Black people of Galveston, Texas became free. When the news spread, that day marked the celebration and freedom from the end of slavery in the United States. Now Juneteenth, a combination of June and nineteenth, is a way to pay homage and commemorate a pivotal moment in history.

What better way to celebrate Juneteenth than to read the stories, real and imaginary, inspired by the history and culture of Black people. 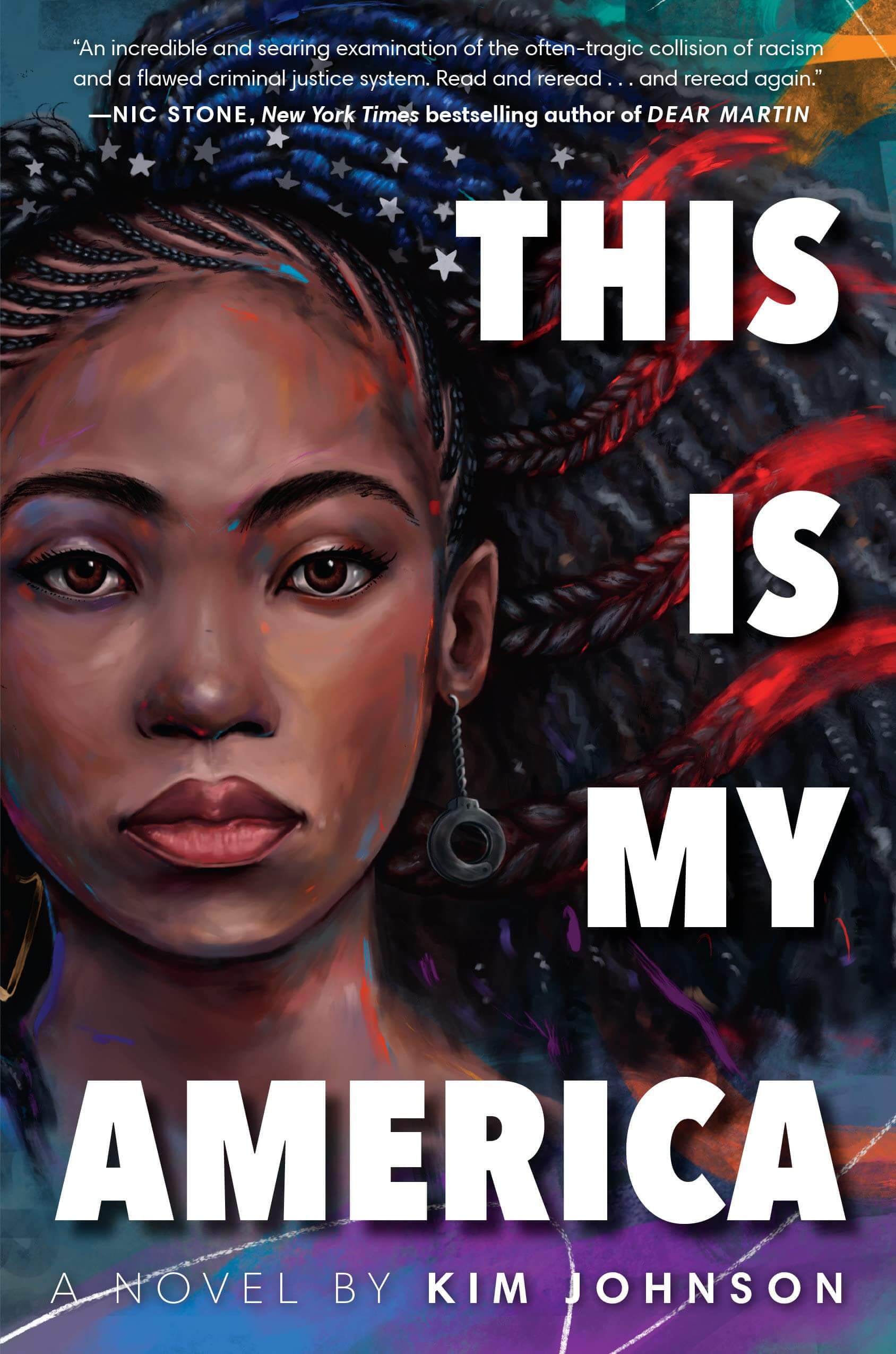 This Is My America by Kim Johnson

Seventeen-year-old Tracy Beaumont’s father is an incarcerated Black man on death row. Tracy knows he’s innocent, which is why she writes every week to Innocence X, an organization designed to help those like her father. Seven years later, Tracy is getting nervous; her father only has less than 300 days left. To Tracy’s surprise, the Texas police are now after her brother Jamal, who is accused of killing a young white girl. Tired of the system failing to help her, Tracy begins to investigate her brother’s case, and in the process, she begins to uncover the town’s racist history that shapes the present decisions made for her father and her brother. 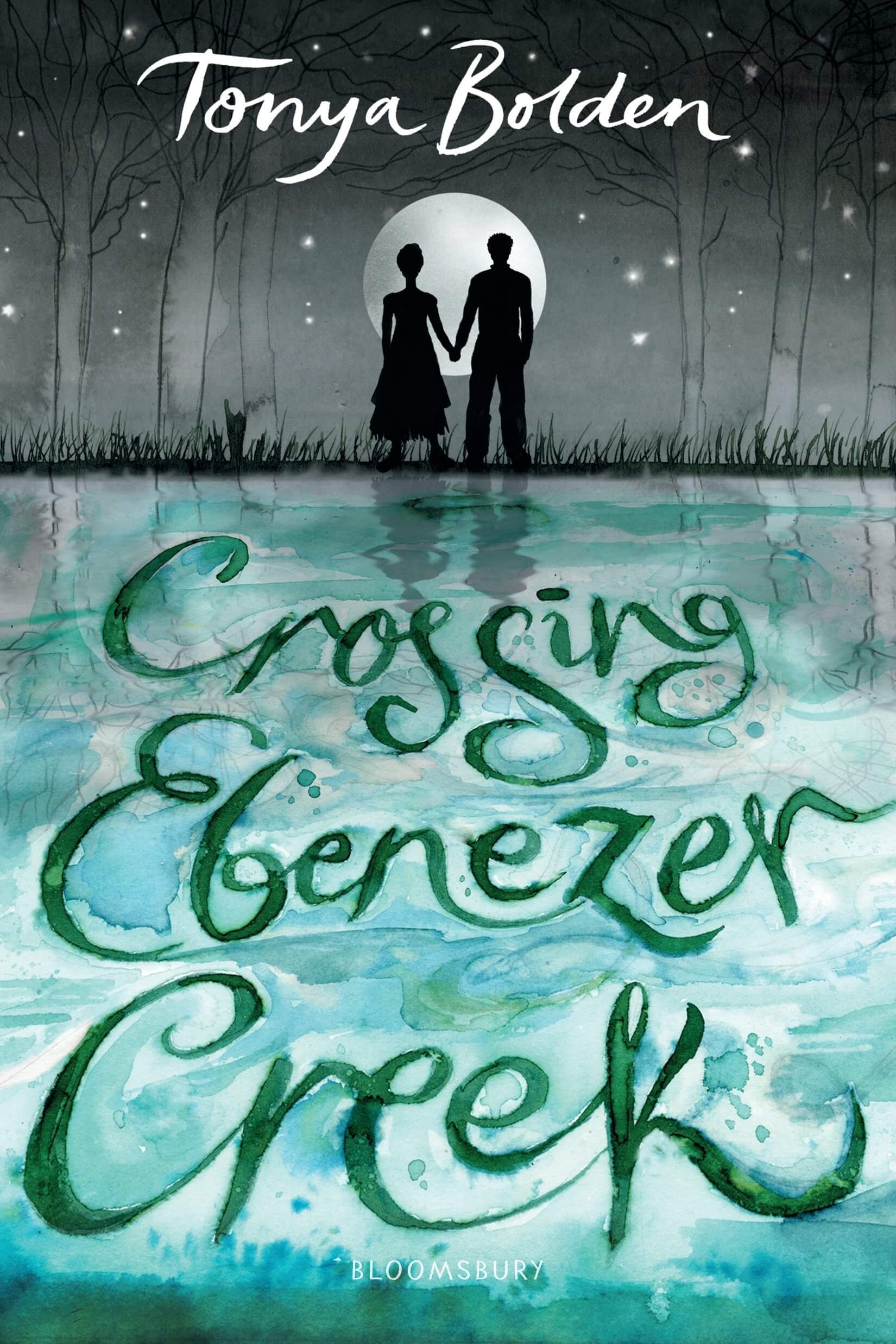 A young girl named Mariah is enslaved on a plantation during the Civil War. She only dares to dream of a life outside, where freedom exists. When General Sherman’s troops marched through her plantation, she discreetly joined the march for protection. Heading into the unknown, Mariah doesn’t know if she’ll ever feel safe from the brutalities of slavery—but as she meets Caleb, a young man, she dreams of a real future filled with love and security. Only her reality is much darker and as the march draws closer to Ebenezer Creek, dangerous water, Mariah isn’t sure she can escape this next journey unscathed. 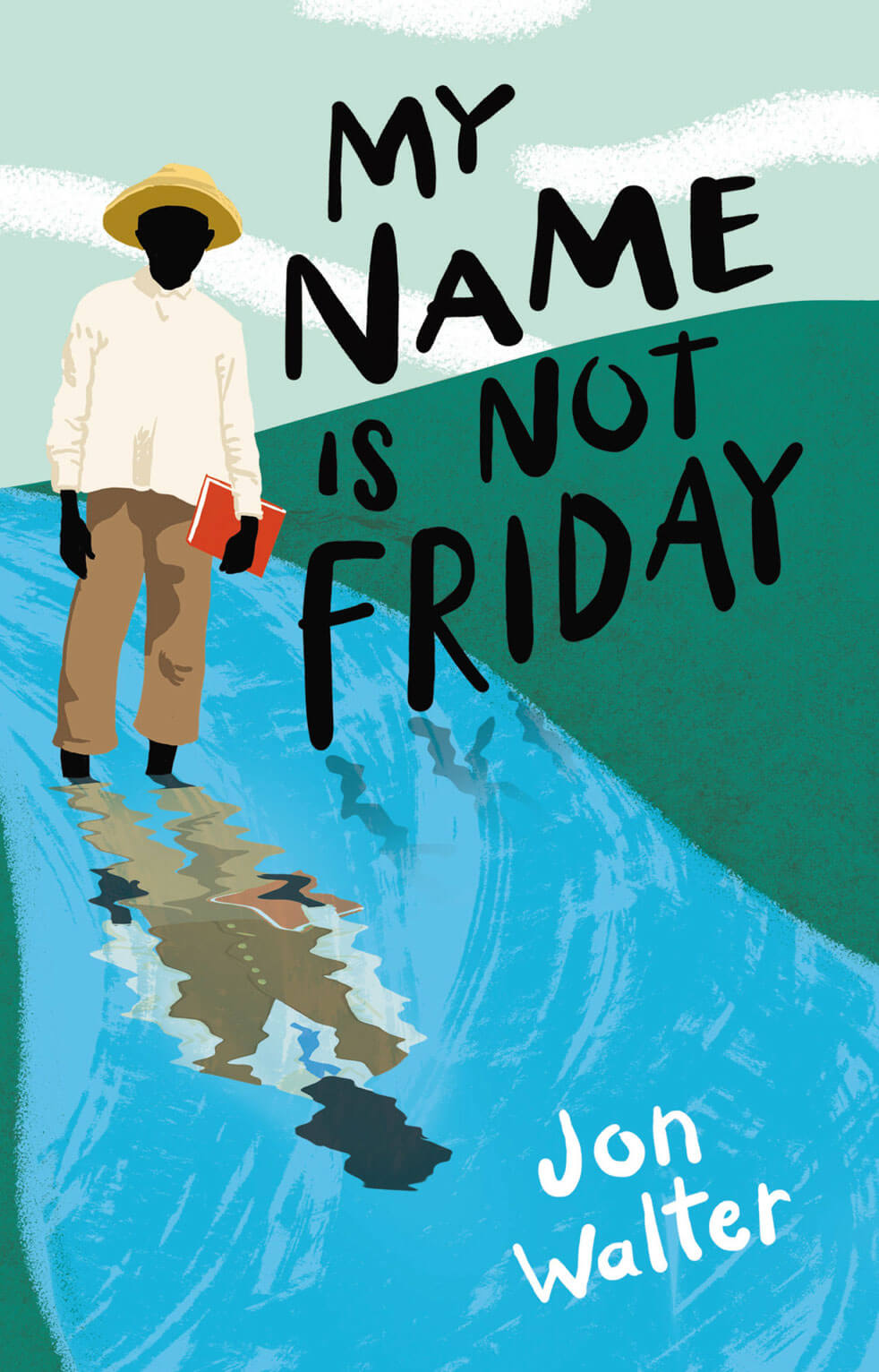 My Name is Not Friday by Jon Walter

At the end of the Civil War, Joshua, a mischievous young boy, and his older brother, Samuel, are free boys. They live in an orphanage together where Sam, who’s well mannered, looks after his little brother, even taking the fall for Joshua’s pranks. When Josh takes a prank too far and Sam points the blame his way, the consequences lead Sam right back into slavery. Kicked out of the orphanage, Sam is sold and sent back to the South where his new name becomes Friday. He must now fight his way back into freedom, to his younger brother, and reclaim his name. 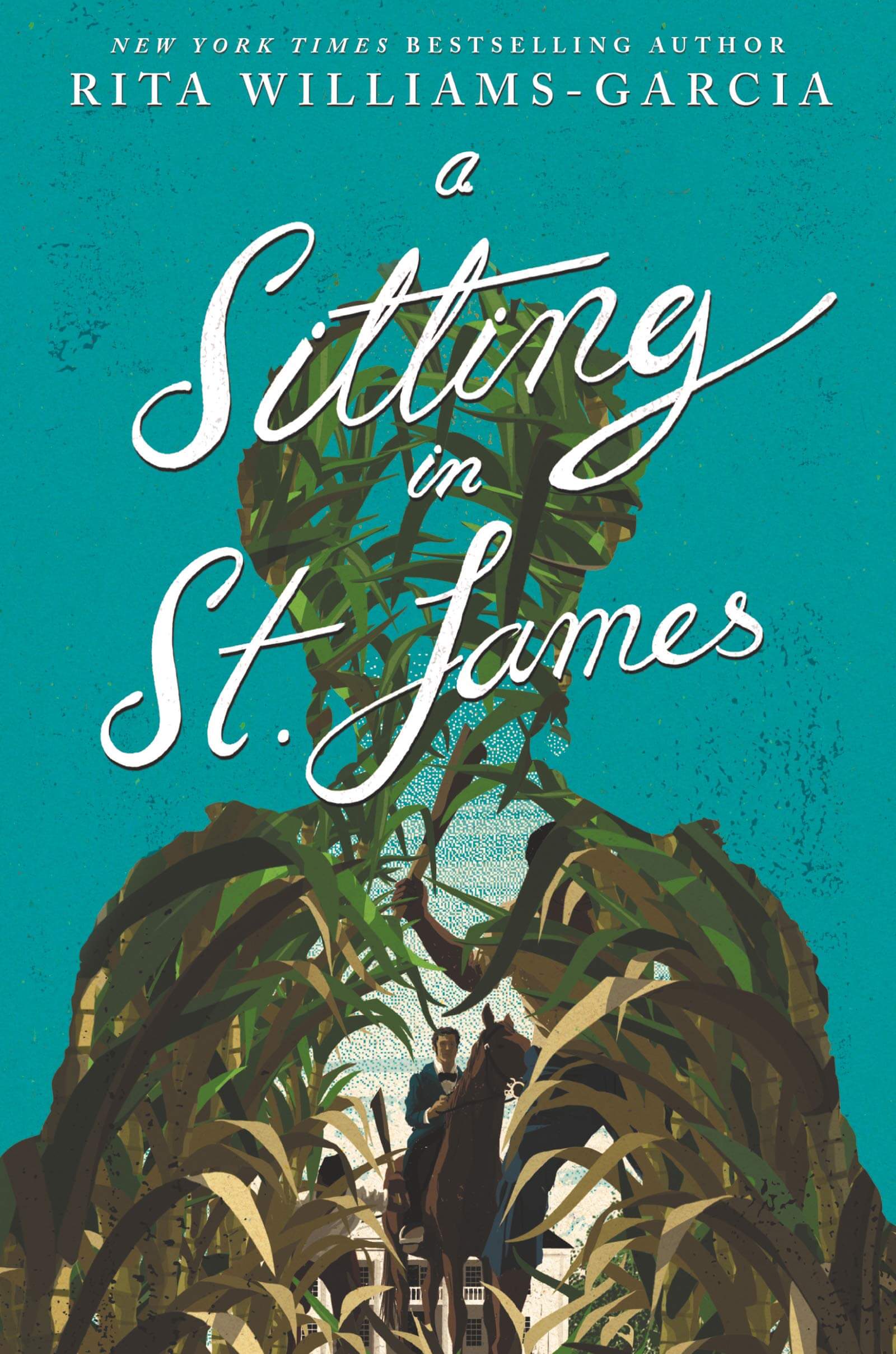 A Sitting in St. James by Rita Williams-Garcia

In 1860’s Louisiana, French-born Madame Sylvie Bernardin de Maret Dacier Guilbert decided to have her portrait painted. For more than six decades, she served as the mistress of the Le Petit Cottage. While she sits for the portrait, her family knows there are more stories to be told, like the mixed-race children who aren’t considered a part of the family, the enslaved people working on the plantation, or the queer grandchildren who hide who they are in fear of family honor. Secrets are buried deep from the big house to the fields, and horror runs as far as the family fortune—which is depleting and soon to be in the hands of creditors. 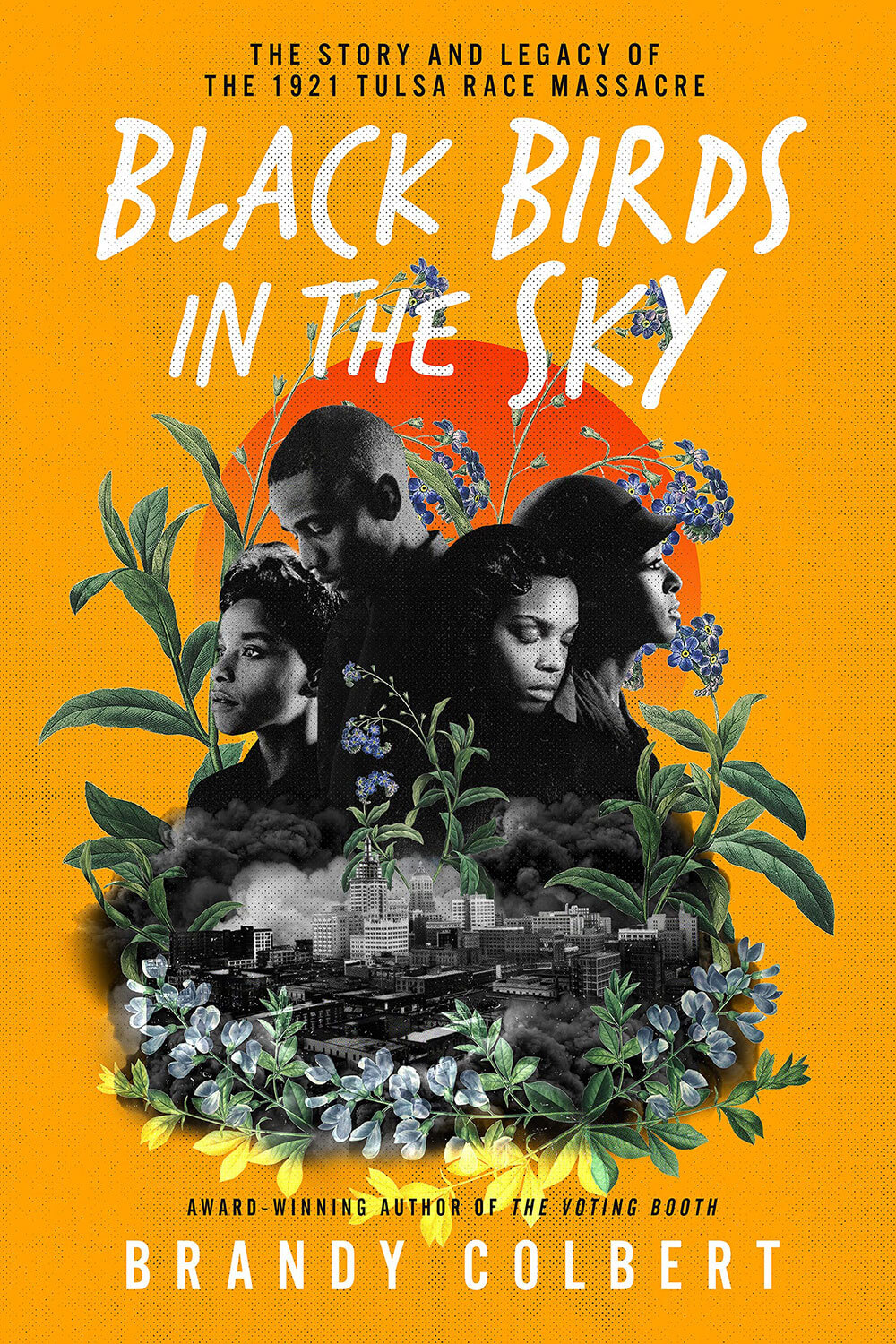 Black Birds in the Sky by Brandy Colbert

When the people living in the Greenwood District of Tulsa, Oklahoma woke up on the morning of June 1, 1921, no one knew it would be their last day on earth. A white mob walked into the predominantly Black neighborhood with firearms, explosives and gasoline to destroy the entire land. Within hours, thirty-five square blocks were burned to the ground. The act now referred to as the Tulsa Race Massacre is one of the most racially violating acts in the U.S. But how those events take place is what Black Birds seeks to uncover. 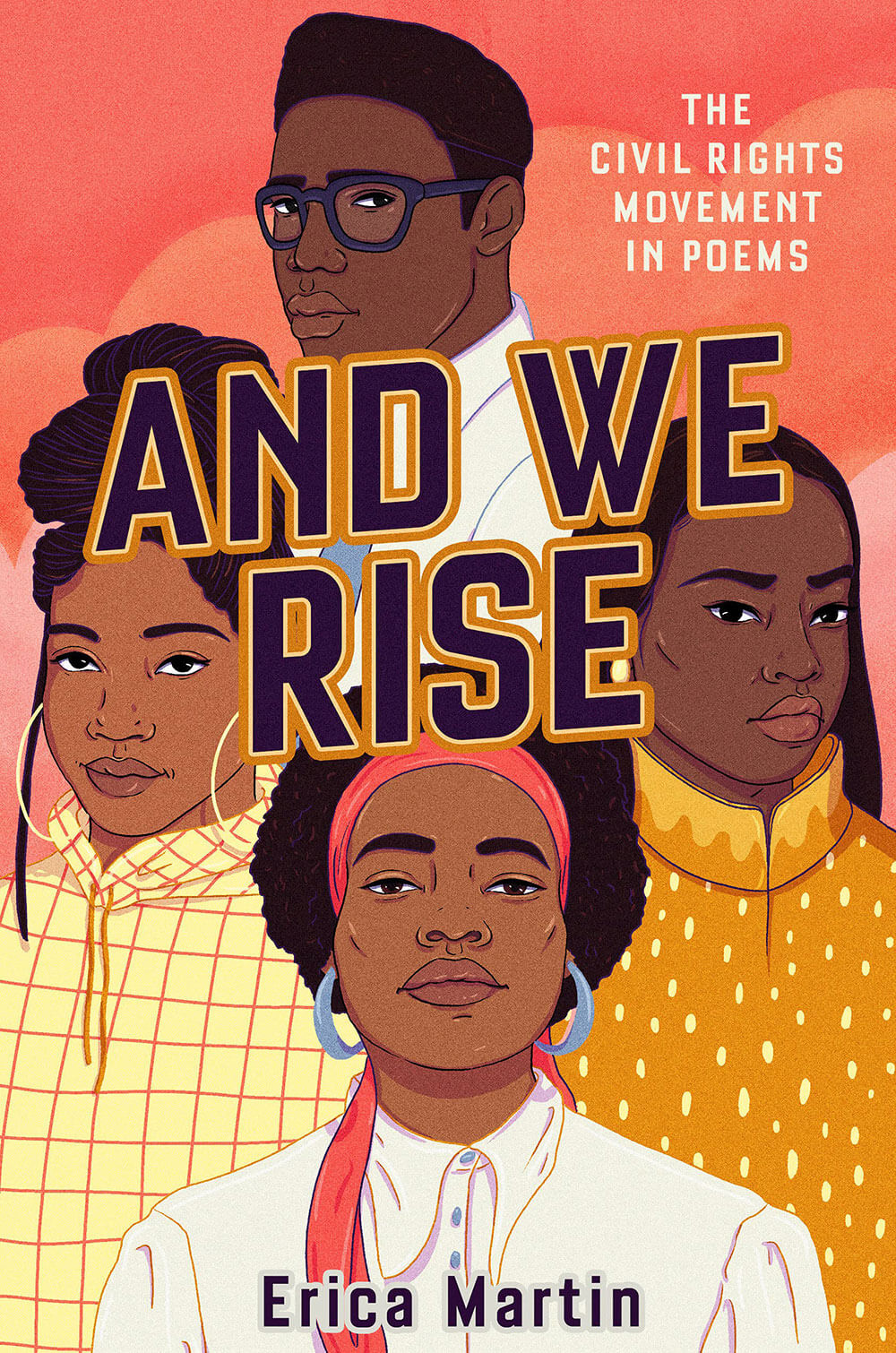 And We Rise by Erica Martin

Take a walk through the Civil Rights Movement with Erica Martin’s poetry collection from the 1960s. From the Separate but Equal ruling that shaped how Black people are treated, to the figures that are crucial to the century-long fight for racial equality and justice, this collection has detailed descriptions of events, historical photographs, and sources that support her claims. 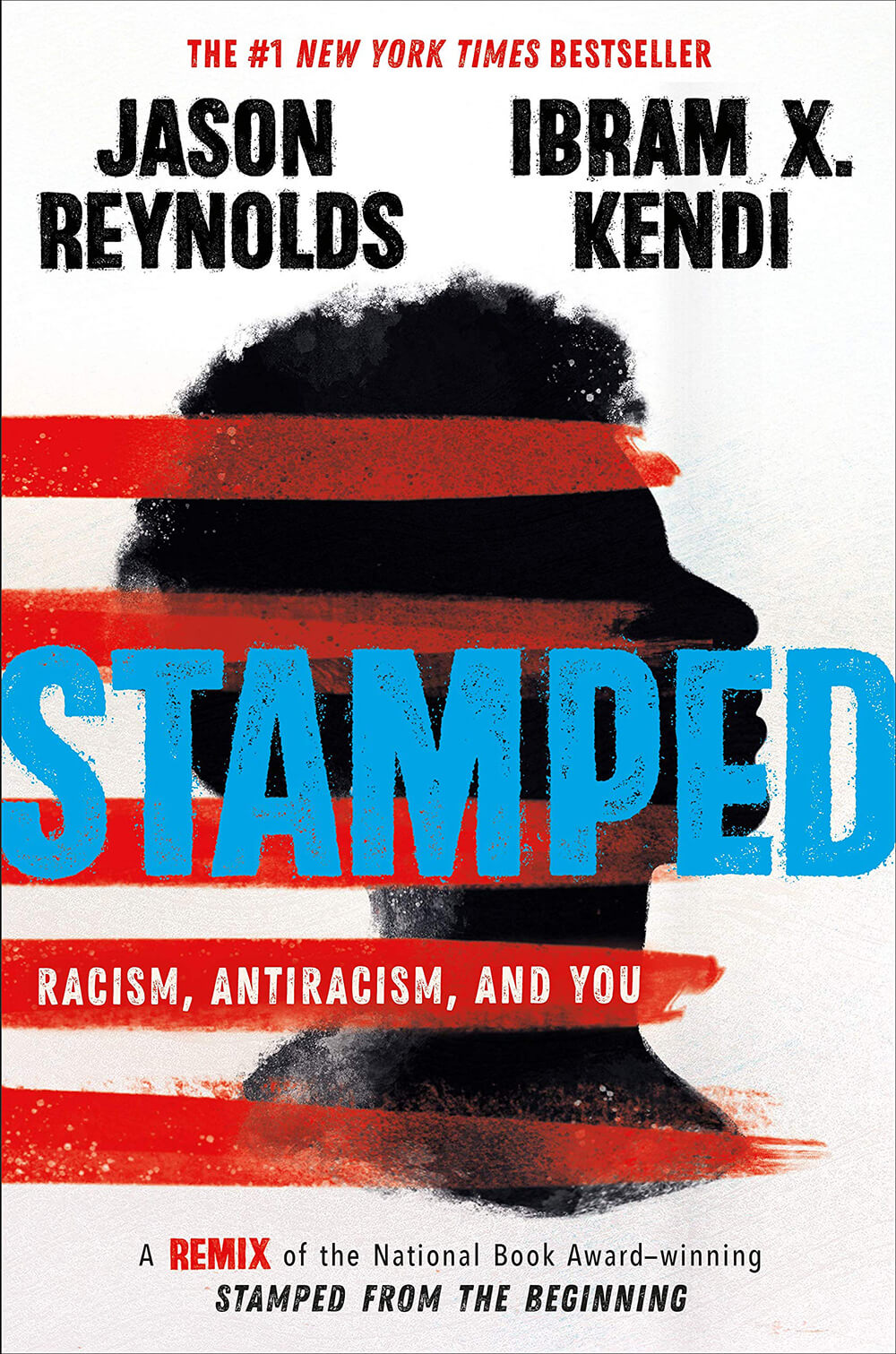 Stamped: Racism, Antiracism, and You by Ibram X. Kendi and Jason Reynolds

A literary remix to the original Stamped from the Beginning, this novel follows a journey of race from the Civil War to present day. Reynolds tells a tale of why racism continues to linger and how racist ideas are easy to create and spread like wildfire. He introduces Black people from history such as Martin Luther King, Booker T. Washington, Malcolm X and more. 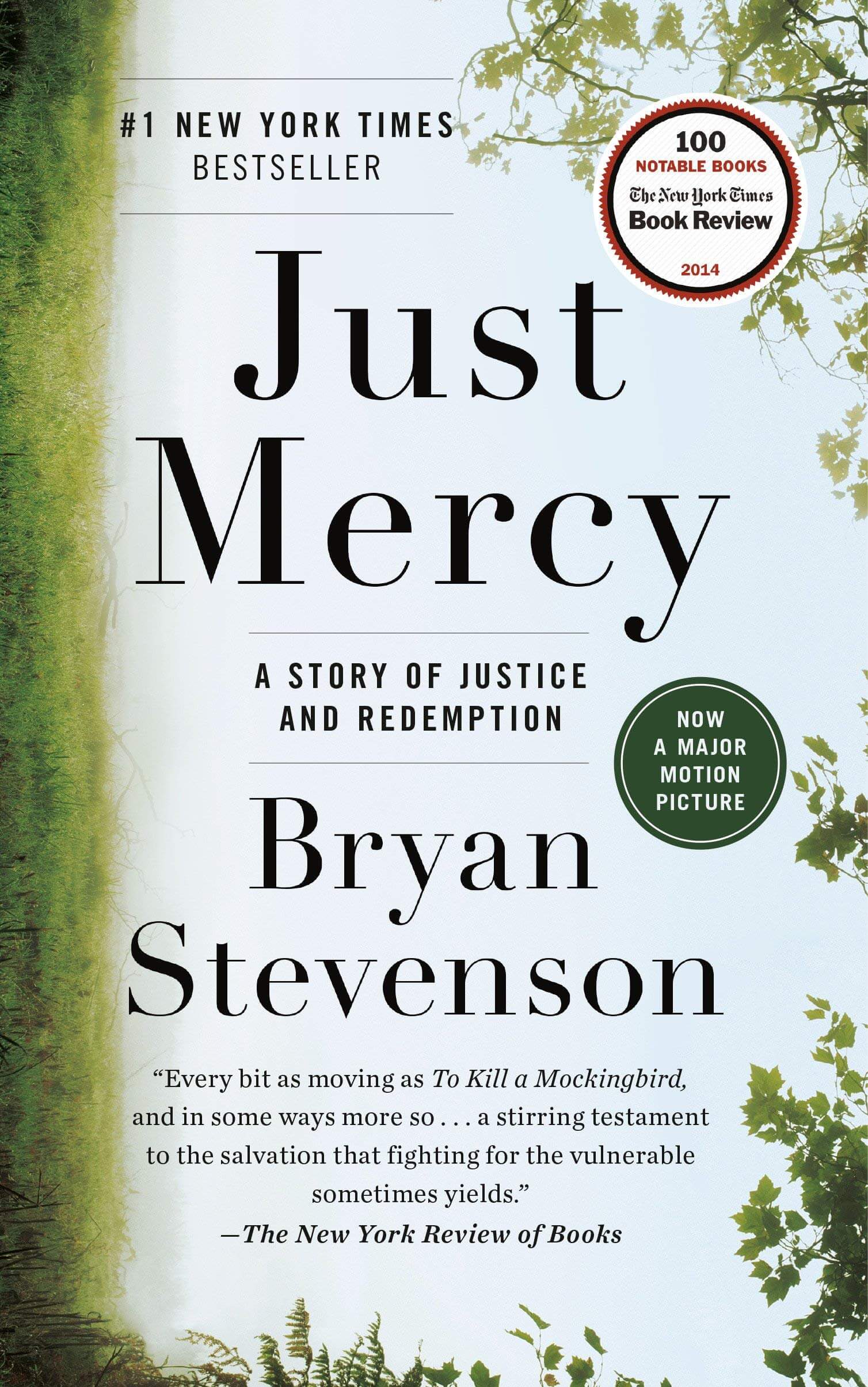 A young lawyer in Montgomery, Alabama creates a nonprofit law firm to help the poor, wrongly convicted, and those discriminated against. The Equal Justice Initiative had a small staff who faced the nation’s toughest death sentences and executions. When EJI receives a client, Walter McMillian, a young Black man who was sentenced to execution for a crime he didn’t commit, the case opens up to reveal similar and descending traits of lynching. 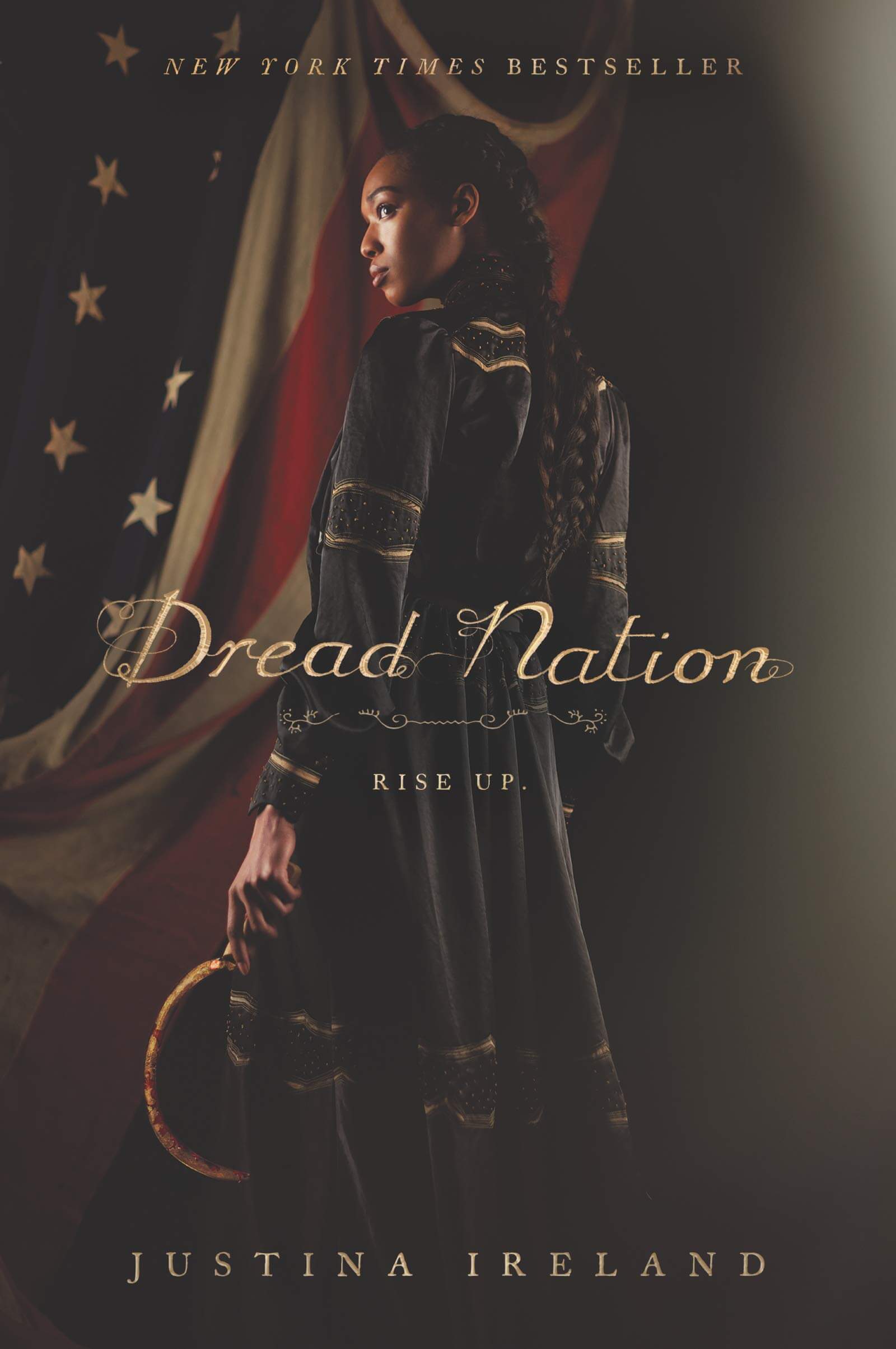 Two days before the dead walked the battlefields of Gettysburg, Pennsylvania, Jane McKeene was born. In America, laws that protect her (like the Negro Education Act) require children to attend combat to end the undead. But Jane wants more from life. She wants to study to be a trained Attendant, skilled in weaponry and etiquette. When it’s time for Jane to return to Kentucky, she tries to ignore the talk of returning America to the days before the Civil War. 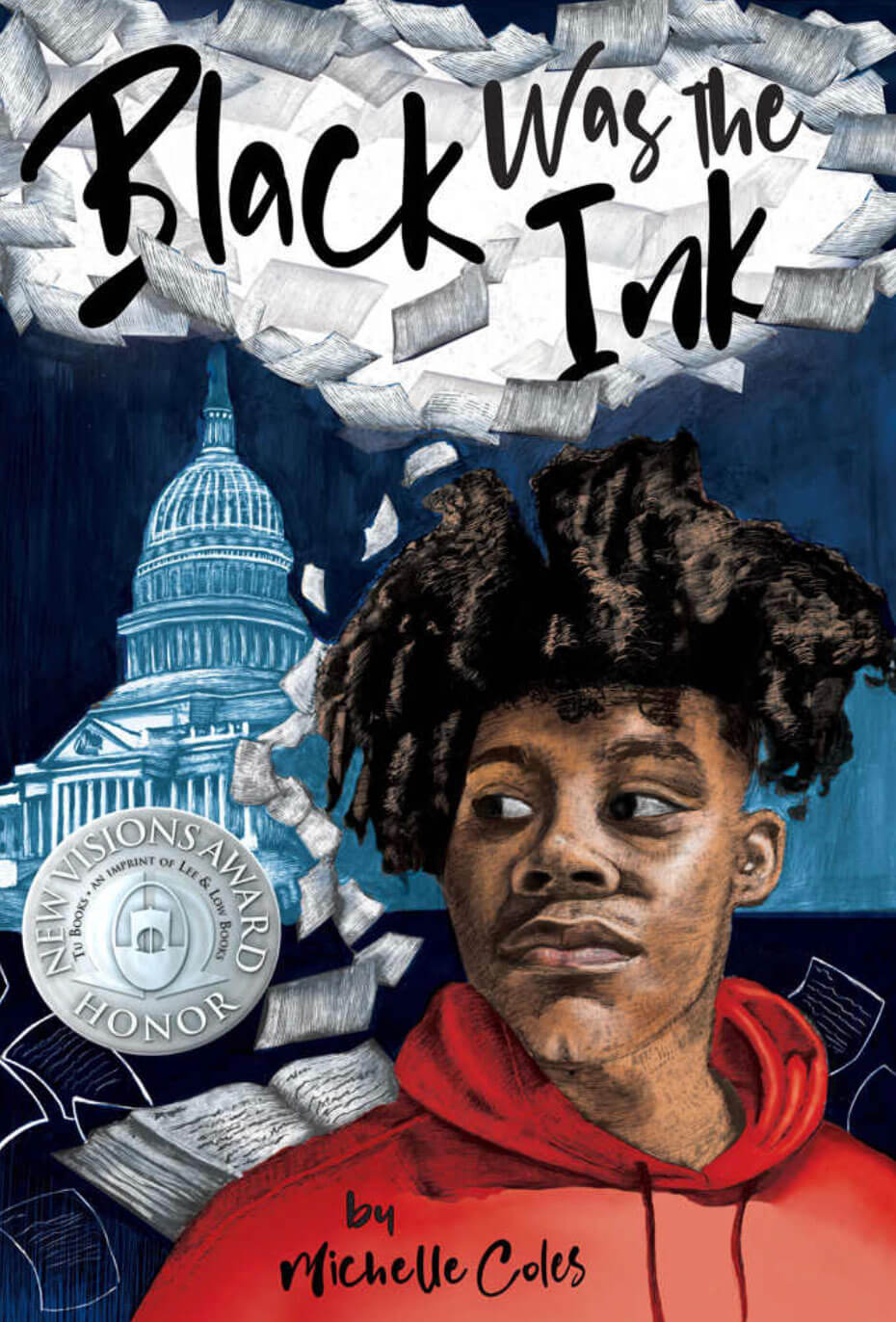 Black Was the Ink by Michelle Coles

For teen Malcolm Williams, nothing good ever happens in his hometown of D.C.—or so he thinks. It’s why he’s constantly angry, alone in his room either drawing or playing video games. But the current violent state of the city has Malcolm’s mother sending him to Mississippi with his father’s family. Malcolm isn’t pleased, to say the least; his time spent on the farm will change him forever. Finding the quietest place to be alone, Malcolm ends up in the attic. Yet one moment, he’s drawing and the next he’s drawn back to 1866, through the eye of his ancestor Cedric Johnson. Living as Cedric, Malcolm gets to relive experiences he never imagined, including meeting men who fought to make history in America.