If science fiction has taught us one thing, it’s that the possibility of life on other planets can exist. And whether an alien’s first contact with Earth is a friendly encounter or a dangerous one, they tend to teach us a lot about humanity and survival. What makes this subgenre great is the variety of speculation and imagination of what an alien life form looks like and how they interact with society. Let’s take a look at these must-read subgenres with an alien’s first contact. 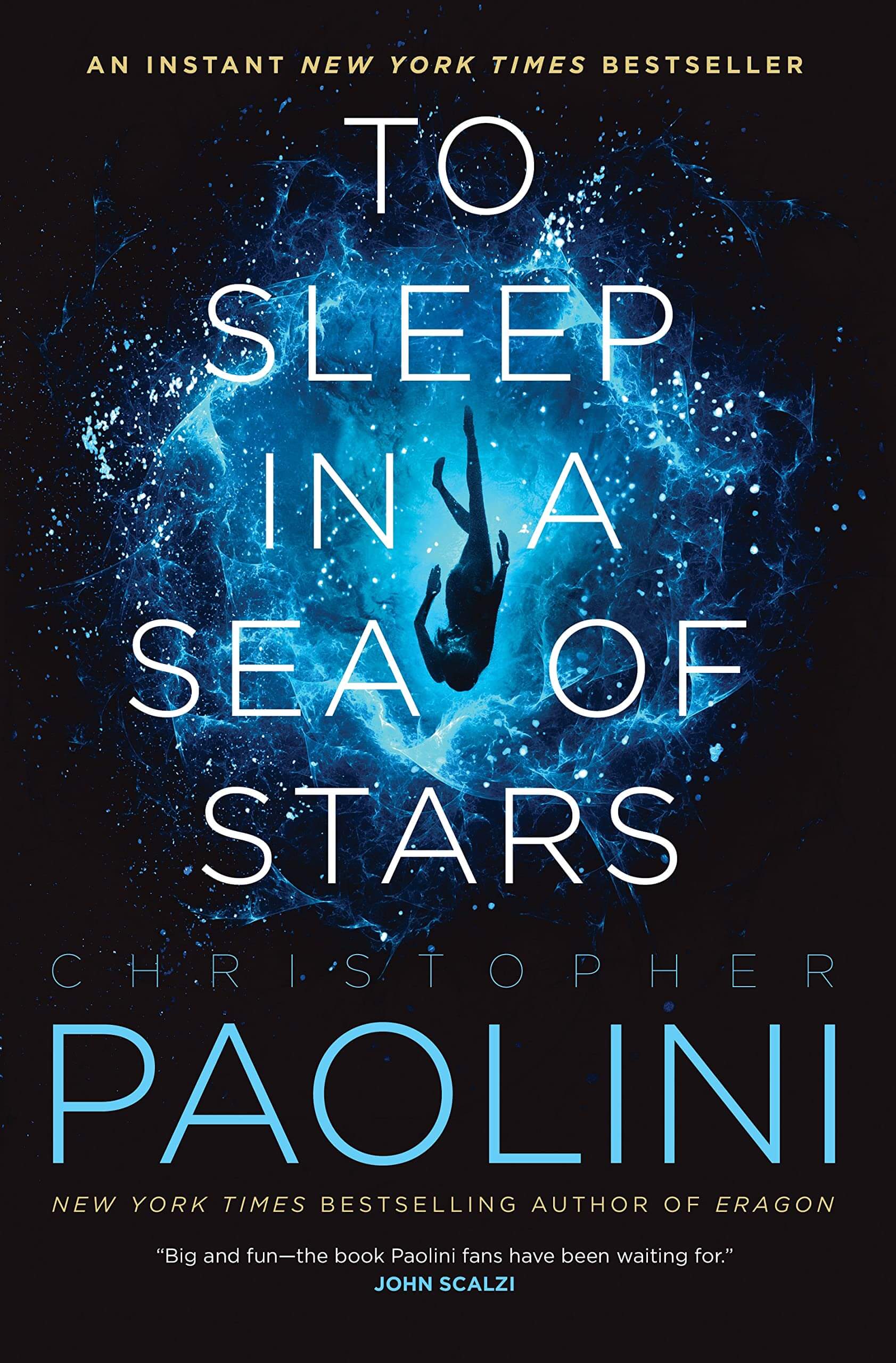 To Sleep in a Sea of Stars by Christopher Paolini

Kira Navárez has always wondered about other worlds. So, when she’s on a routine mission in space and she finds an alien relic, her first reaction is pure joy at the discovery. Yet the alien form begins to move, and her elation quickly turns to terror. From that moment on, she will never be just herself. Before she could get a handle on what’s going on around her, a catastrophe unleashes, war breaks out—and now she might be the key to saving a life as she knows it. 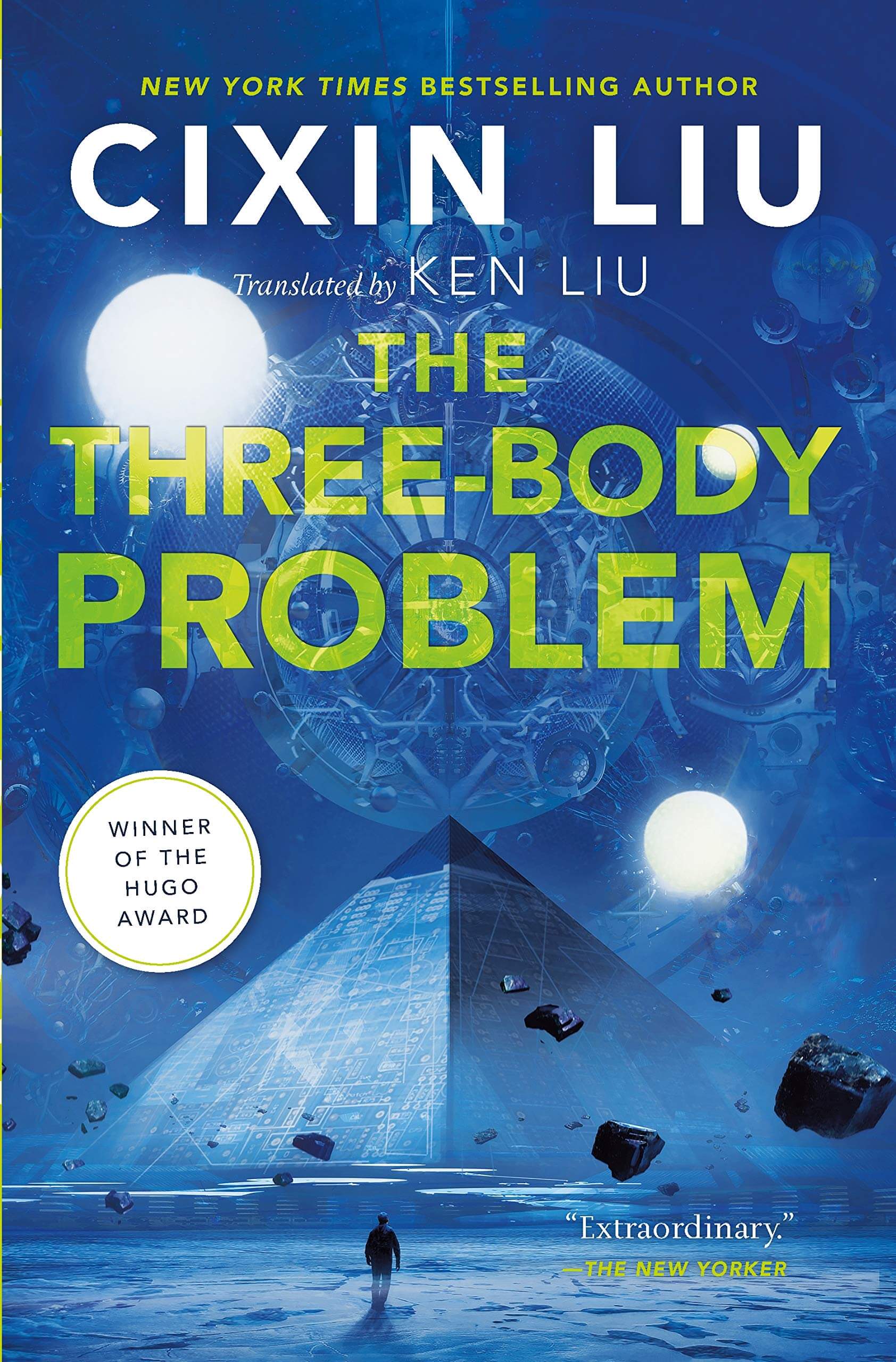 The Three-Body Problem by Cixin Liu

Cixin Lui’s story gets told behind a Chinese backdrop of a city’s revolution. A hidden military organization sends signals into space to contact and search for alien life. When they get a hit, the dying alien civilization that retrieves it makes plans to invade Earth and make it their new home. Torn, some people on Earth want to welcome the alien life forces, while others prepare for an invasion and battle. Either way, it’s something that’s never been witnessed. 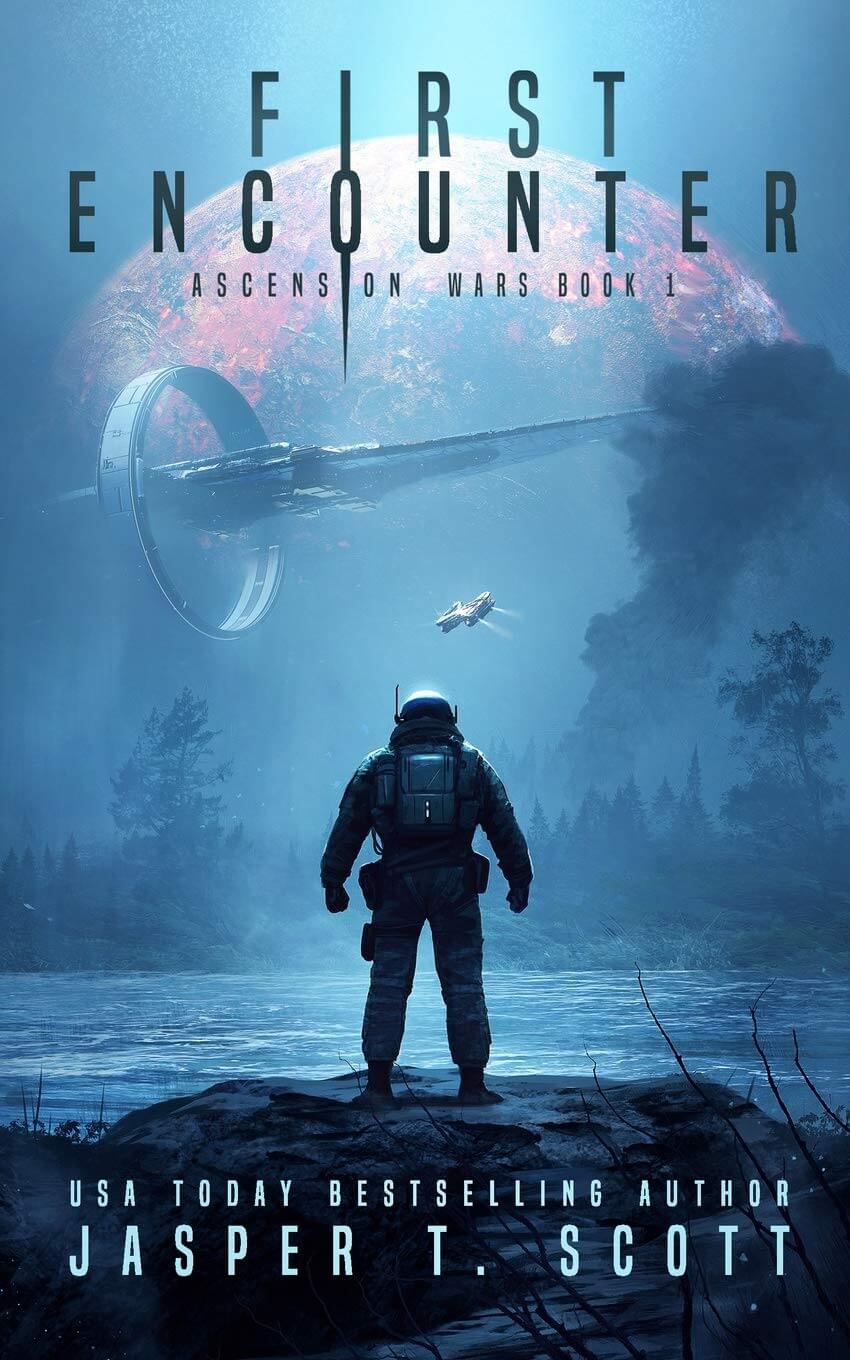 An exploration of the star system turns into an unexpected journey. The United Nations sent out their ships to explore 50 light-years away from Earth. The trip took ninety years to reach a habitable planet, and once Captain Clayton Cross lands, he discovers aliens have taken over the land, and dark and brooding secrets live beneath the surface. When the aliens reveal who they are and the plans they have for humanity, Captain Cross is forced to make a difficult decision that’s going to affect his crew and the fate of the world. 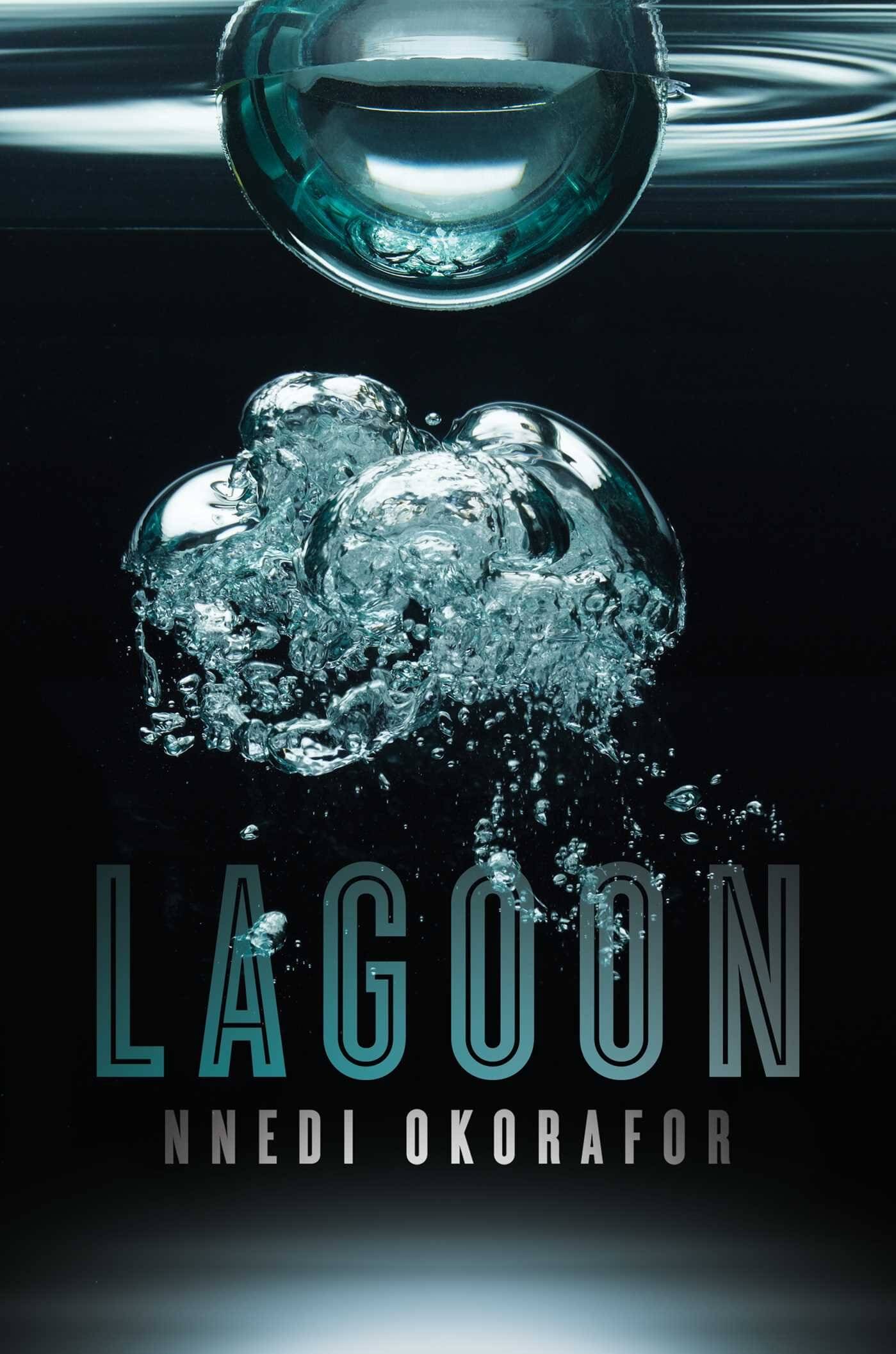 A combination of superhero comics and Nigerian mythology fills this story about a city consuming itself. Three people wandering along the coast of Lagos, Nigeria’s most legendary city, find themselves racing against time to save their world and their beloved country after a massive object crashes into the ocean floor. Aliens are coming up from the ocean and Adaora, a marine biologist, Anthony, a rapper famous throughout Africa, and Agu, a troubled soldier, need to work together and uncover ways to stop them before they consume Africa. 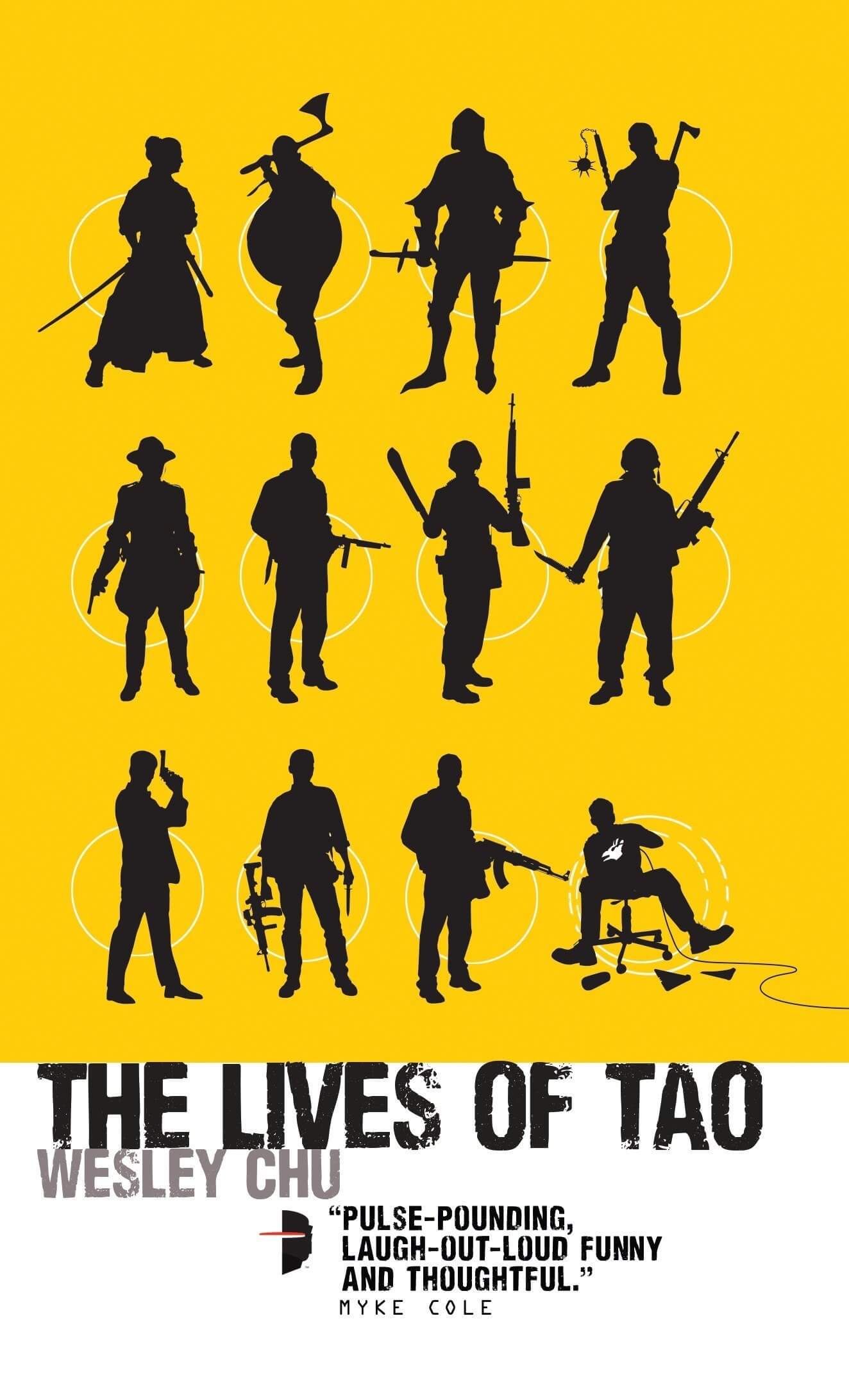 The Lives of Tao by Wesley Chu

Roen, an out-of-shape IT tech, is hearing voices in his head. Naturally, he assumes he’s losing it . . . except he’s not. Tao, an ancient alien life form, has planted residency inside his brain. When Tao’s race crash-landed on Earth several thousand years ago, they never left. Now, a civil war has broken out in Tao’s world between the peace-loving Prophus and the savage and powerful Genjix. Each side is searching how to get off of planet Earth; but only the Genjix isn’t above sacrificing humanity to get what they want. Tao hopes sending in Roen as a double agent might be the key to stopping the Genjix. But it might cause more harm than good. 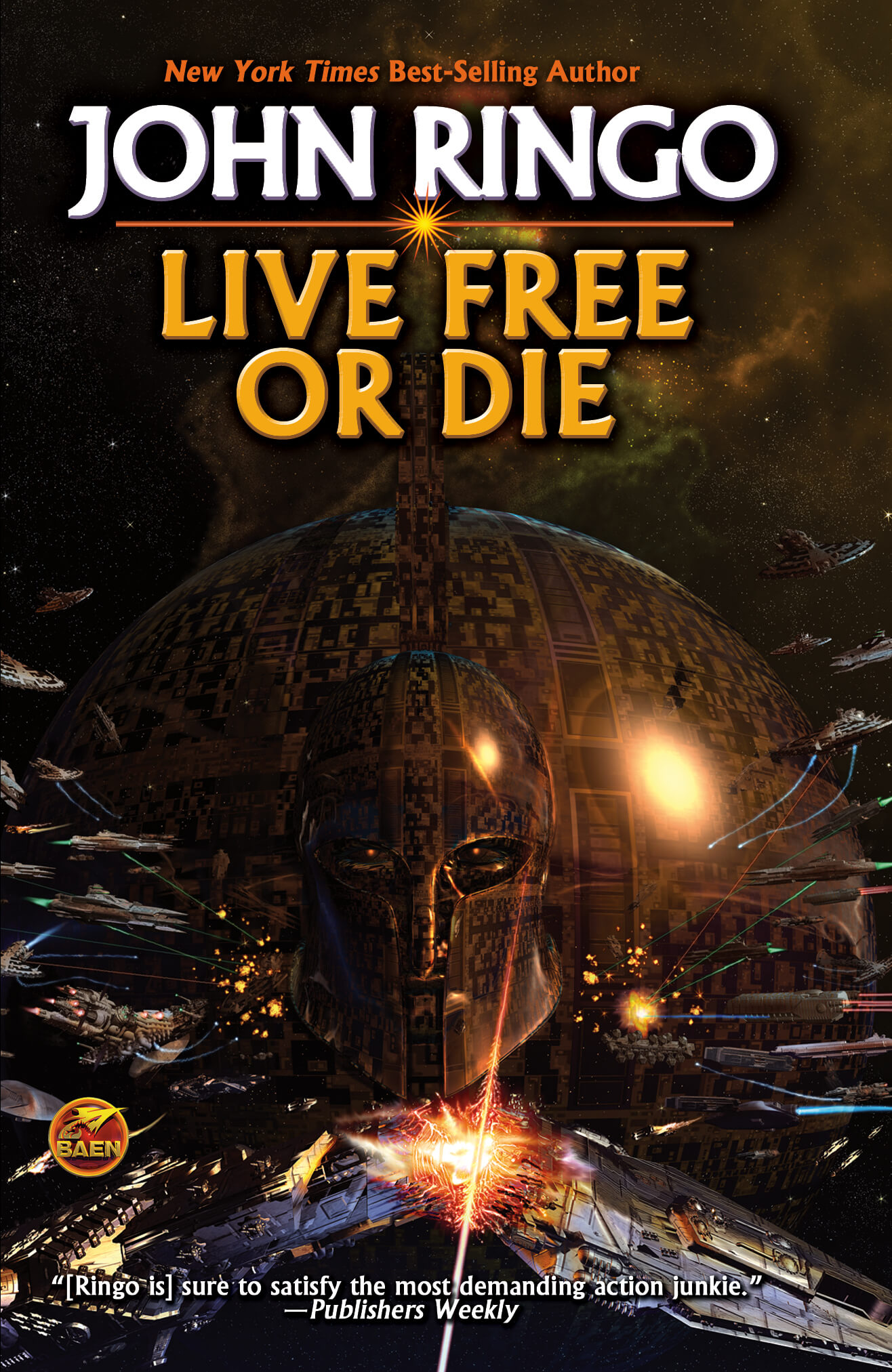 They had everyone in awe after their initial landing on Earth. Each Glatun that came through the gate provided hope that there was life out into the solar system, but it also brought on fear. But since they were peaceful in trading, the world found relief in them. Yet the next group of aliens that came through, the Horvath, demanded territory and took what they wanted by destroying cities, controlling the orbitals and overthrowing Earth’s government. To free society from their grip, a hero, Tyler Vernon, will have to step up and take on the terrifying challenge to save worlds. 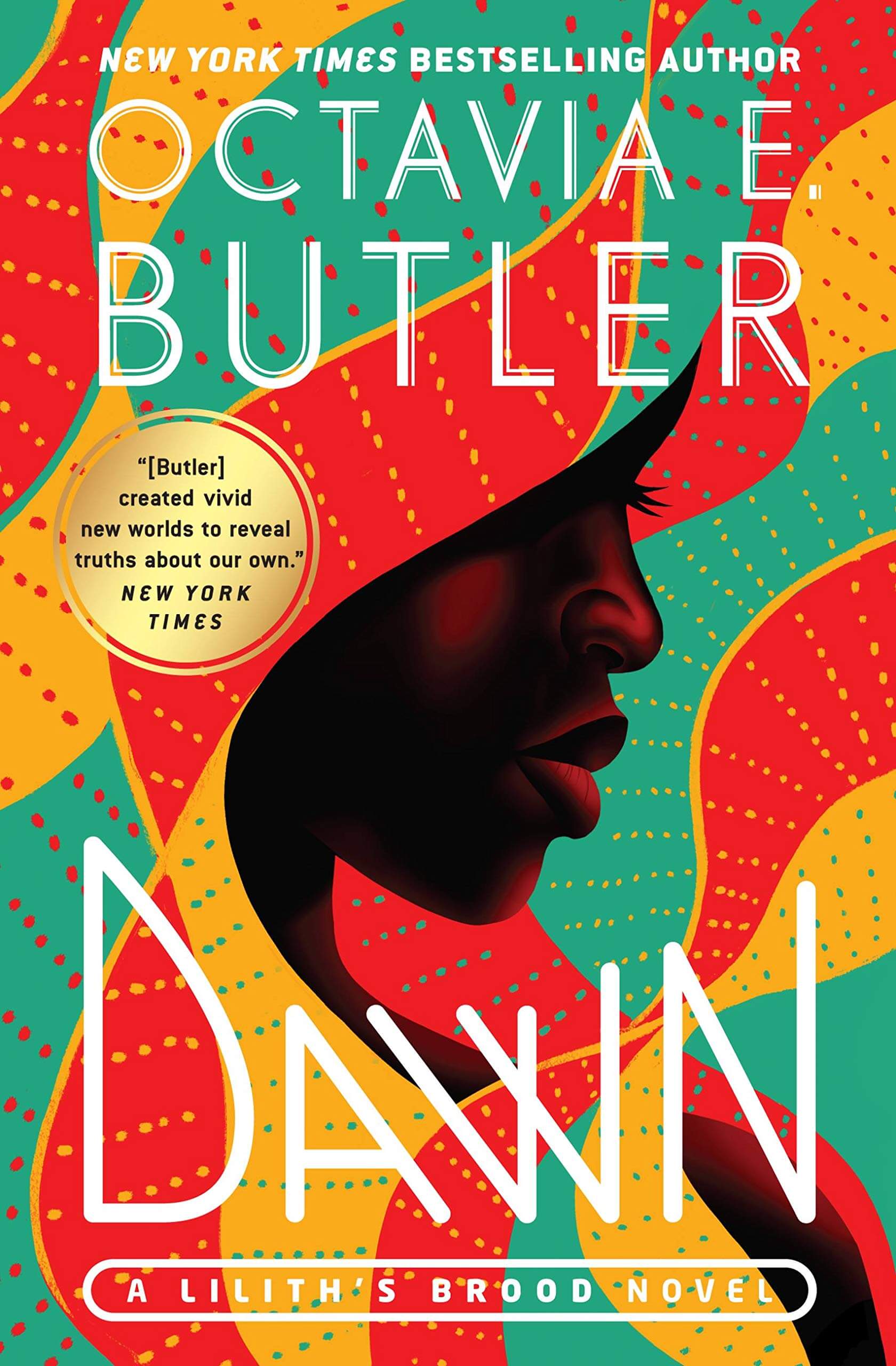 During an atomic fire that consumed Earth, Lilith Iyapo loses her husband and her son. She’s then put into a coma and when she wakes up, it’s a hundred years in the future and a new race of aliens, the Oankali, have taken over after humans engaged in a nuclear war. Now she’s on a spacecraft that was able to save a few before the Earth collapsed completely. Lilith, along with other survivors, was asleep for centuries for the aliens to rebuild what the humans destroyed. The Oankali have cured cancer and healed the lands, and now they plan to inhabit the Earth, a new Earth where the planet is healthy—but the humans are not exactly human. 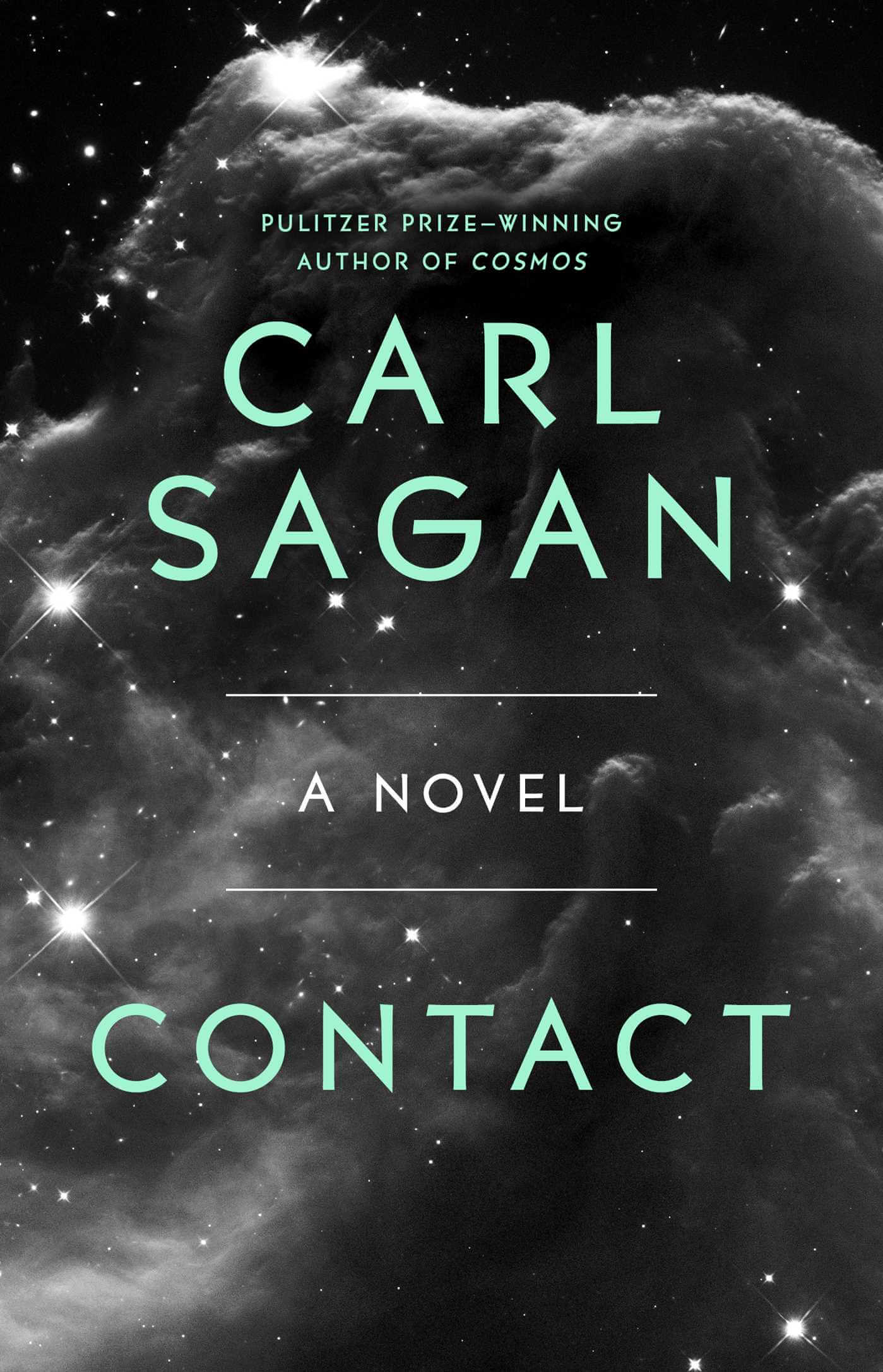 After years of searching the galaxy for signs of life, a team of international scientists finally thinks they’ve discovered a message from an intelligent life source. This is enough to allow them to travel deep into space to reveal the message. What follows them is a journey that’s beyond the stars, and they soon learn what’s out there and who exactly is watching them. 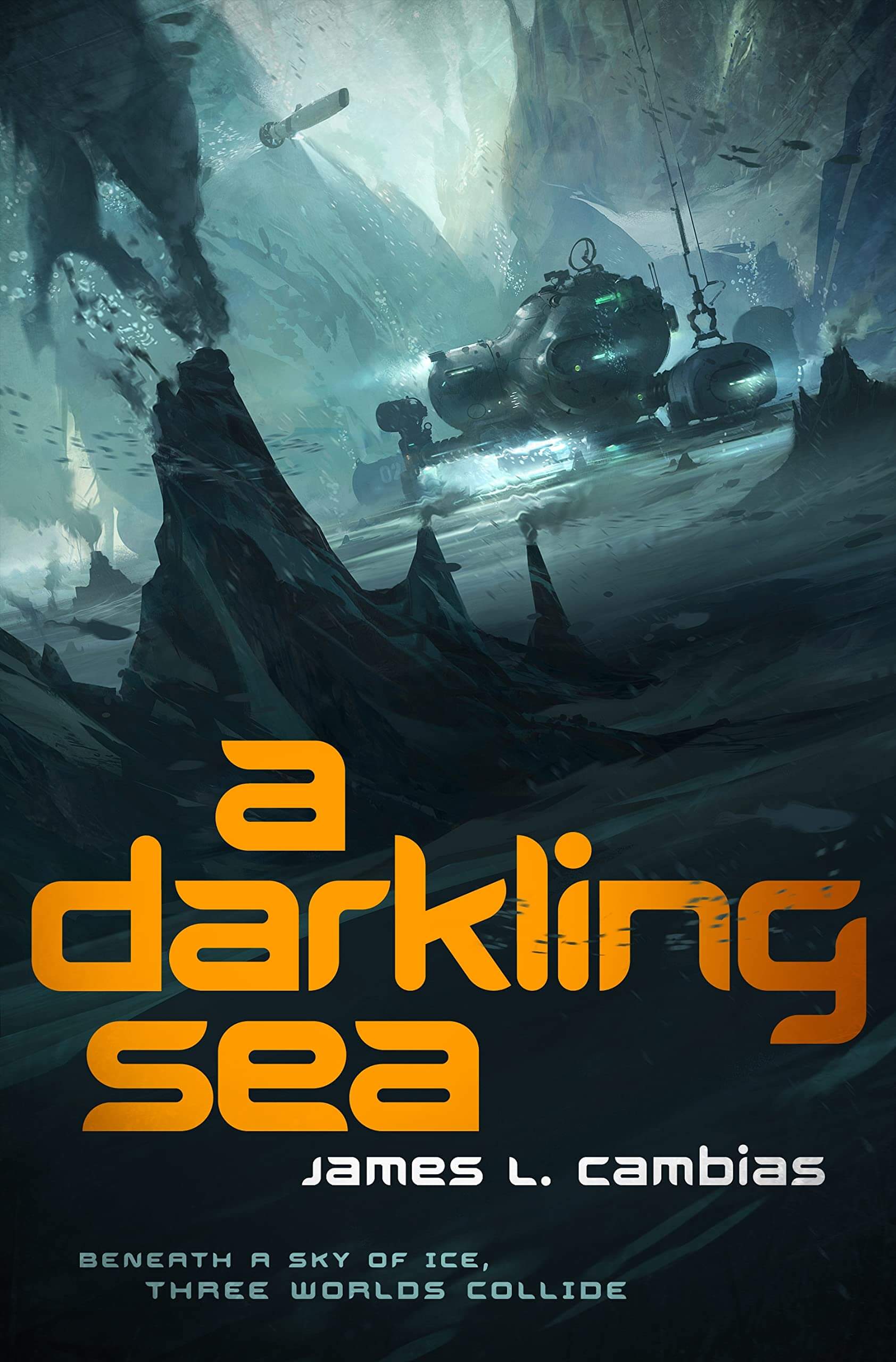 A team of deep-sea diving scientists goes out to investigate a blind alien race that lives below them under a thick slate of ice. They’ve been permitted to conduct their mission on one condition: to not not disturb the Ilmataran habitat, or the Sholen, two other alien species that also inhabit the planet. But that truce breaks the moment Henri Kerlerec, a reckless and adventurous media personality, gets killed by Ilmatarans. Soon after, war threatens to break out, and tension between Sholen and the Terran builds heavily. 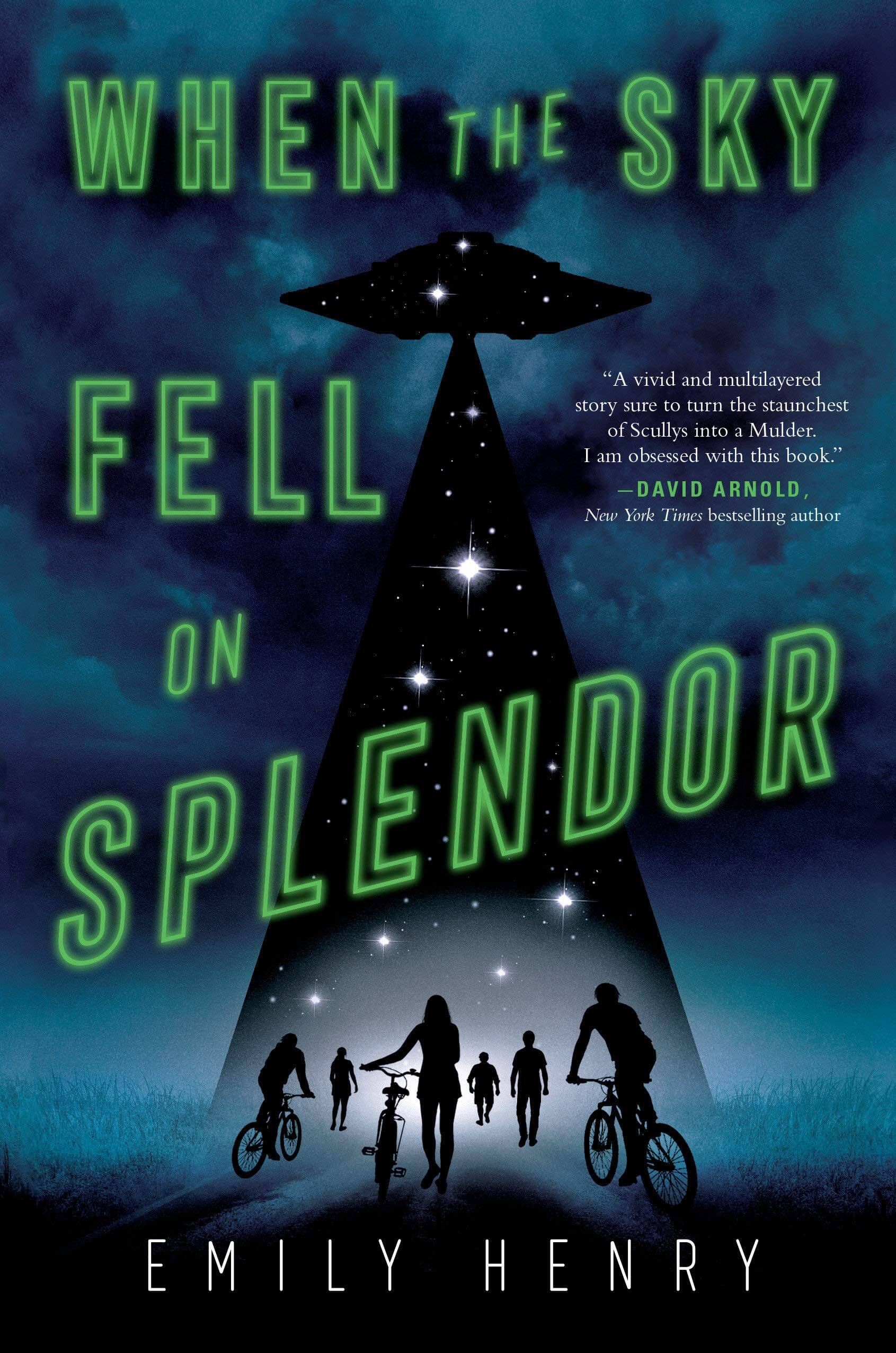 When the Sky Fell on Splendor by Emily Henry

In the small town of Splendor, Ohio, a local steel mill explodes affecting everyone. Five years after the explosion, seventeen-year-old Franny still lies in wait while her brother lives in a coma. Franny’s friends, also known as The Ordinary, spend their time looking and searching for the paranormal around them. One night they film a strange and even dangerous bright light from the sky. When it lands too close to home, Franny and her friends rush to investigate the crash and that’s when life changes for them all.