Hocus Pocus 2 is set to return, and I know we’re all excited to gain more fun, adventure and witchy schemes from the Sanderson sisters. While we wait to transport back into the lives of Winifred, Sarah, and Mary, we’ve rounded up other sister witches who have had their own share of near-death experiences, teenage meddling, and plans gone wrong.

Don’t miss our favorite reads about witches and covens>> 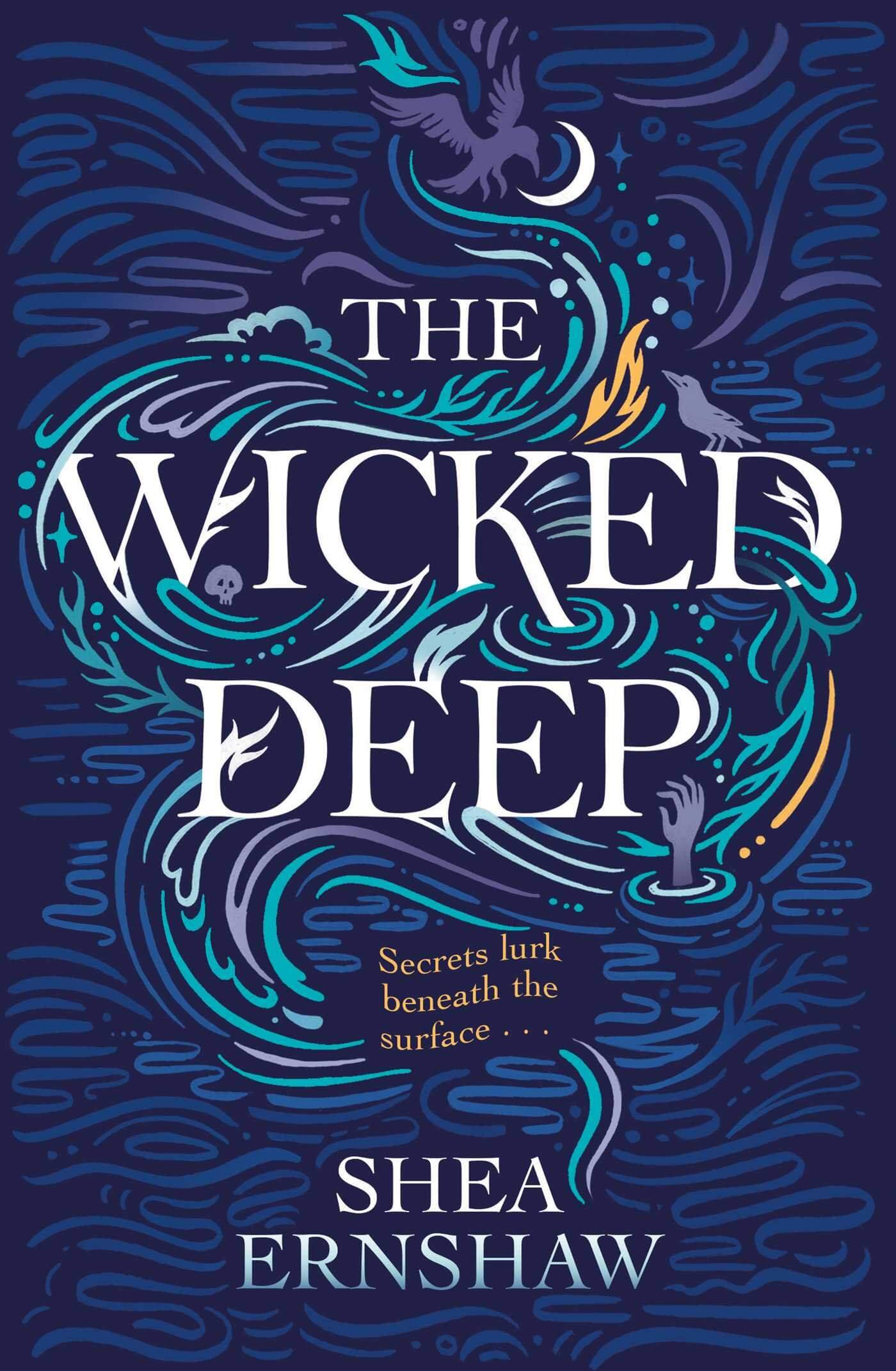 The Wicked Deep by Shea Ernshaw

Centuries ago, three sisters who practiced witchcraft were sentenced to death, drowned in the deep waters surrounding the town. Years later, every summer, the sisters return inside the bodies of three weak-hearted girls to lure boys into the harbor. Seventeen-year-old Penny Talbot, much like the rest of the town, has given up. But when a young boy named Bo Carter arrives in town, clueless of the sisters’ upcoming return, he might be the one to restore Penny’s faith to live.  As the town grows weary, and mistrust and lies spread, Penny will have to make a choice—because only she can see what others cannot. She’ll need to save Bo from the sister’s pull into the harbor or save herself. The act of luring people in for a witchy purpose will remind you of the Sanderson sisters in Hocus Pocus. 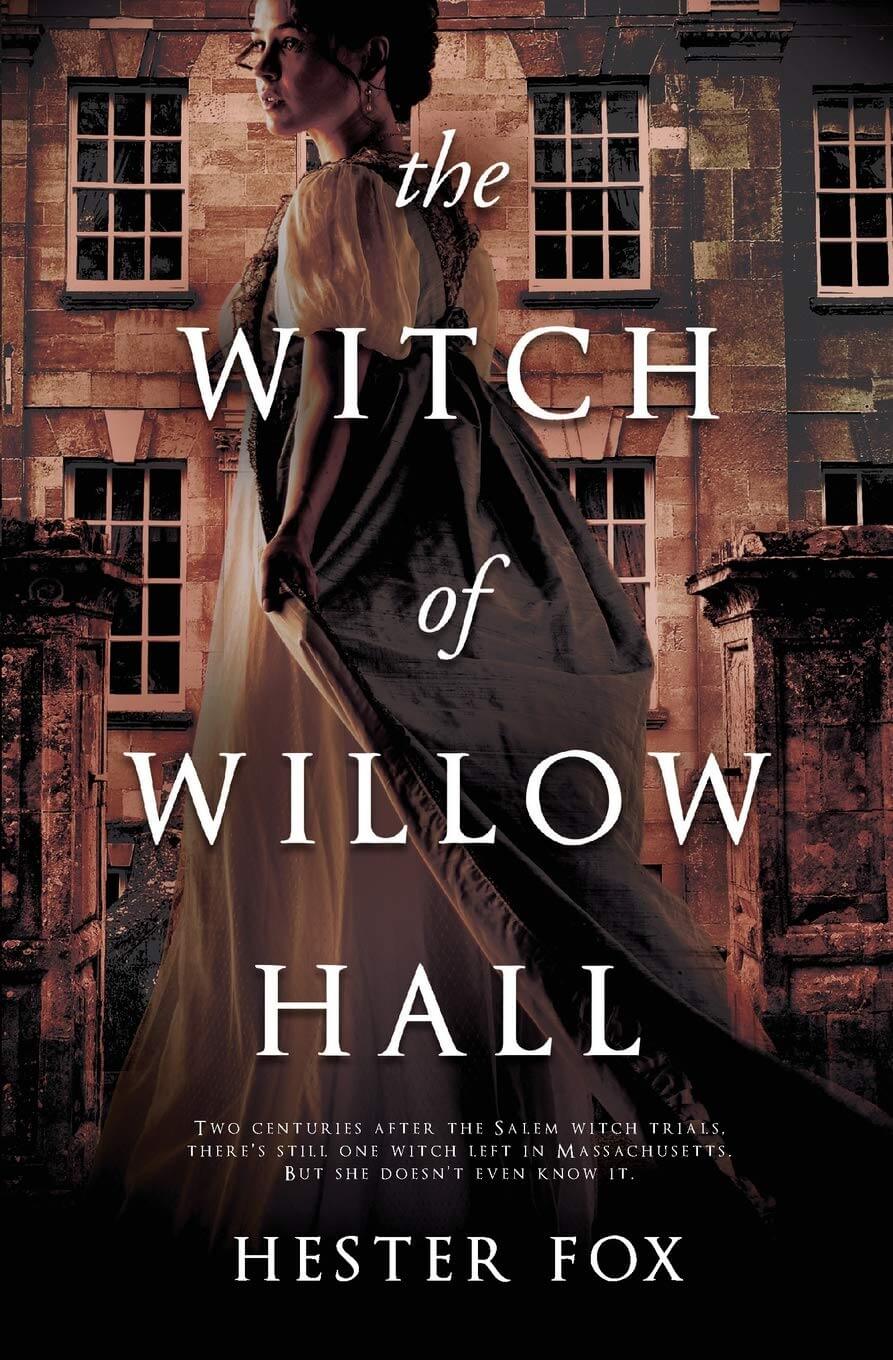 The Witch of Willow Hall by Hester Fox

Three sisters in 1821 must flee their Boston home after a family scandal. Catherine, Lydia and Emeline Montrose find themselves in a new country home, Willow Hall, where all seems quiet and pleasant. Only what appears to be idyllic turns into a subtly creepy atmosphere, showing traces of a dark witchy history. The darkness specifically calls to Lydia and Emeline, the youngest. Willow Hall’s secrets are rising, and each daughter will be irrevocably changed. Can Lydia handle the new power that she possesses in time to stop the evil that has found them all? 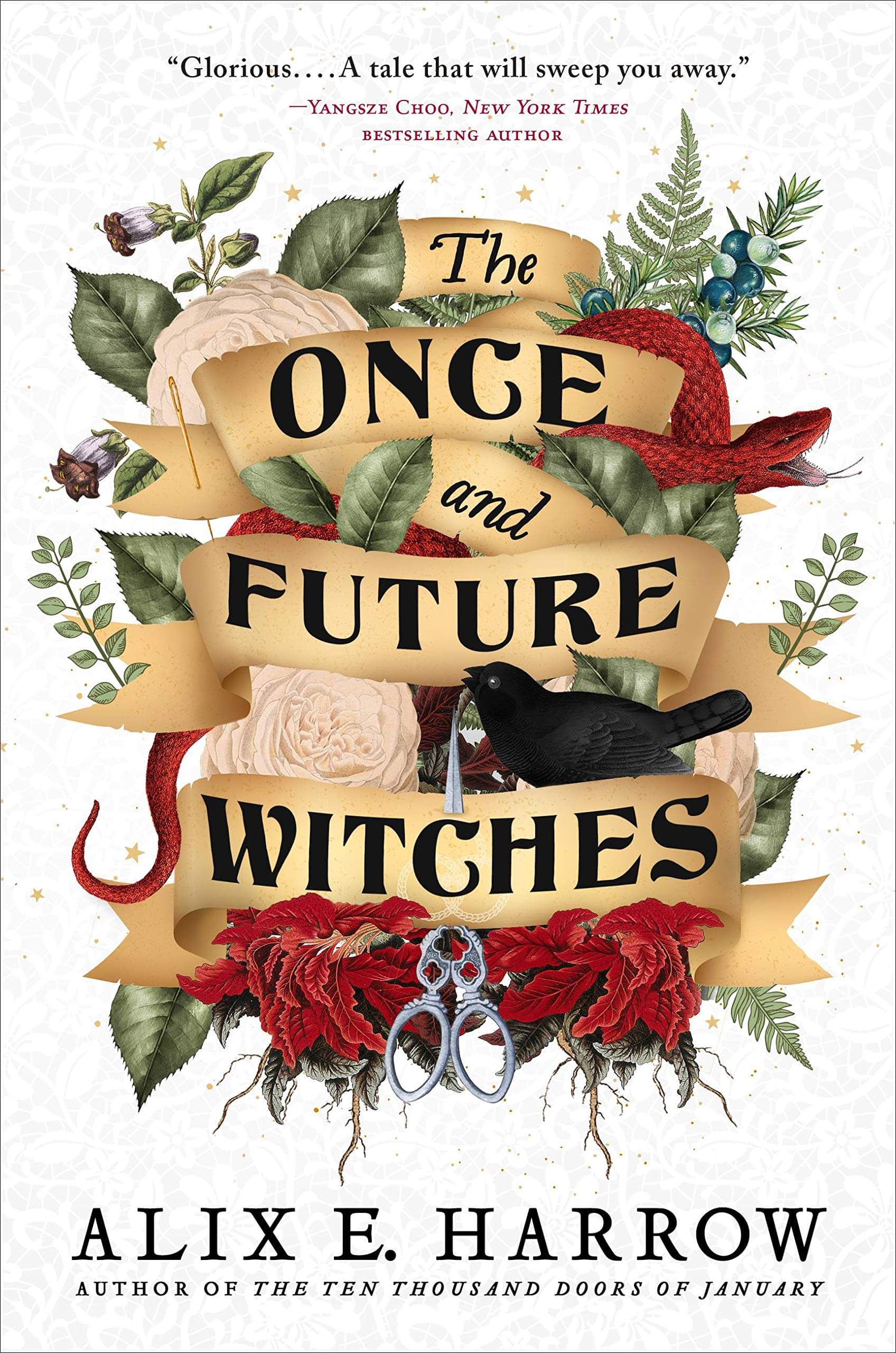 The Once and Future Witches by Alix E. Harrow

Myths about witches come and go. In the wild dark days before they were hunted, witches could cast magic freely. Now they are nothing more than nursery rhymes and beauty charms for kids. That is until the Eastwood sisters joined the suffrage movement of New Salem. Together, they begin to study what could turn the women’s movement into a witchy one. But when the sisters are hunted again, this time stalked by dark shadows and forces who won’t allow them a vote, they’ll have to dig deeper and uncover the oldest kind of magic within them. If they want to survive, the sisters must form new alliances and bury past feelings to strengthen their bond—because the age of the witch is alive once again. 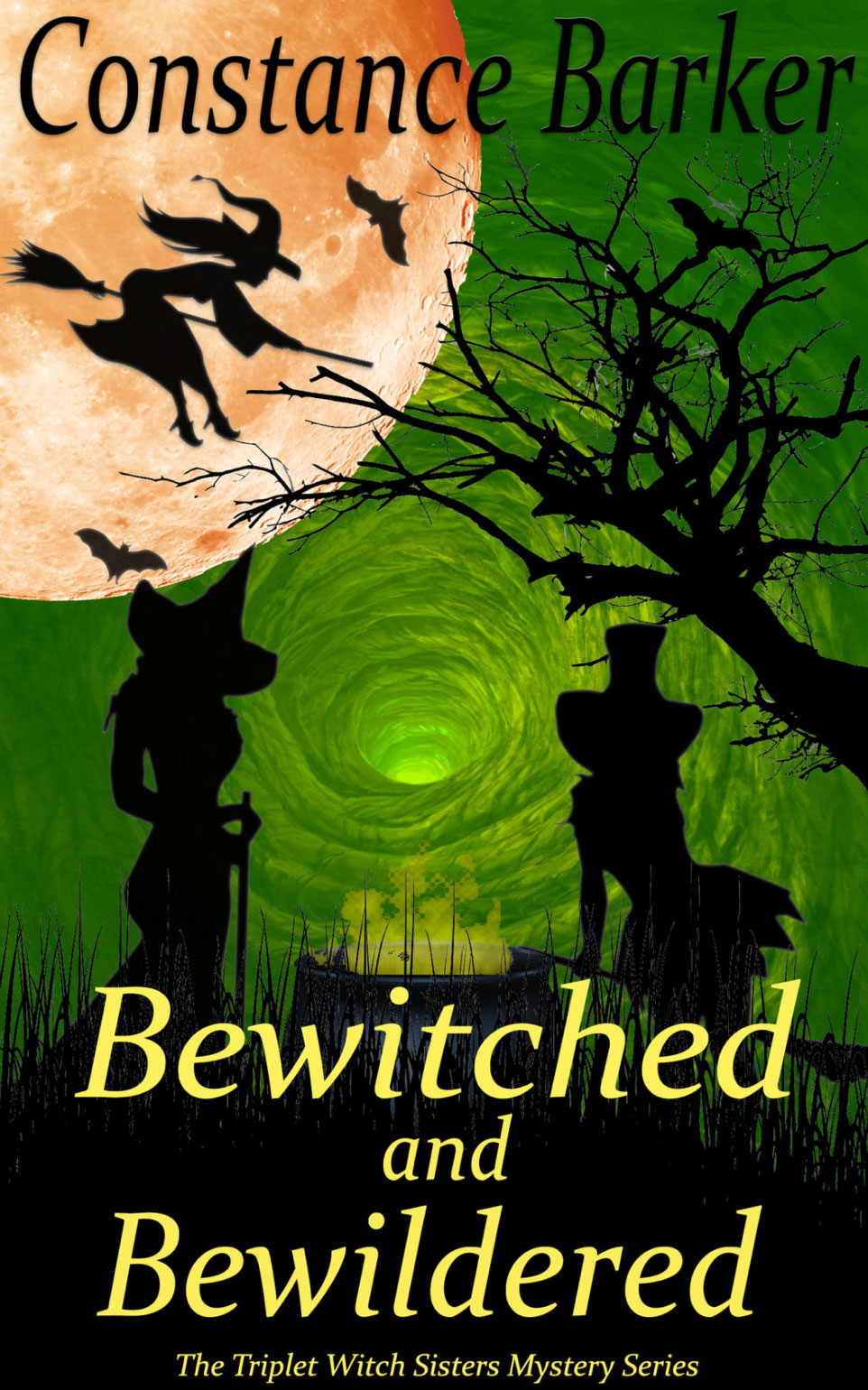 Bewitched and Bewildered by Constance Barker

Triplet witches who were born five years apart are a force to be reckoned with. While they fight evil and take down murders, they still have unanswered questions about who their parents are. But now their absent father has returned, and the girls are curious. He turns out to be a South African man with some witchery history of his own. Yet before they can bond as a family, they must stop a magical shadow lion that is on the hunt to eat the town’s people. 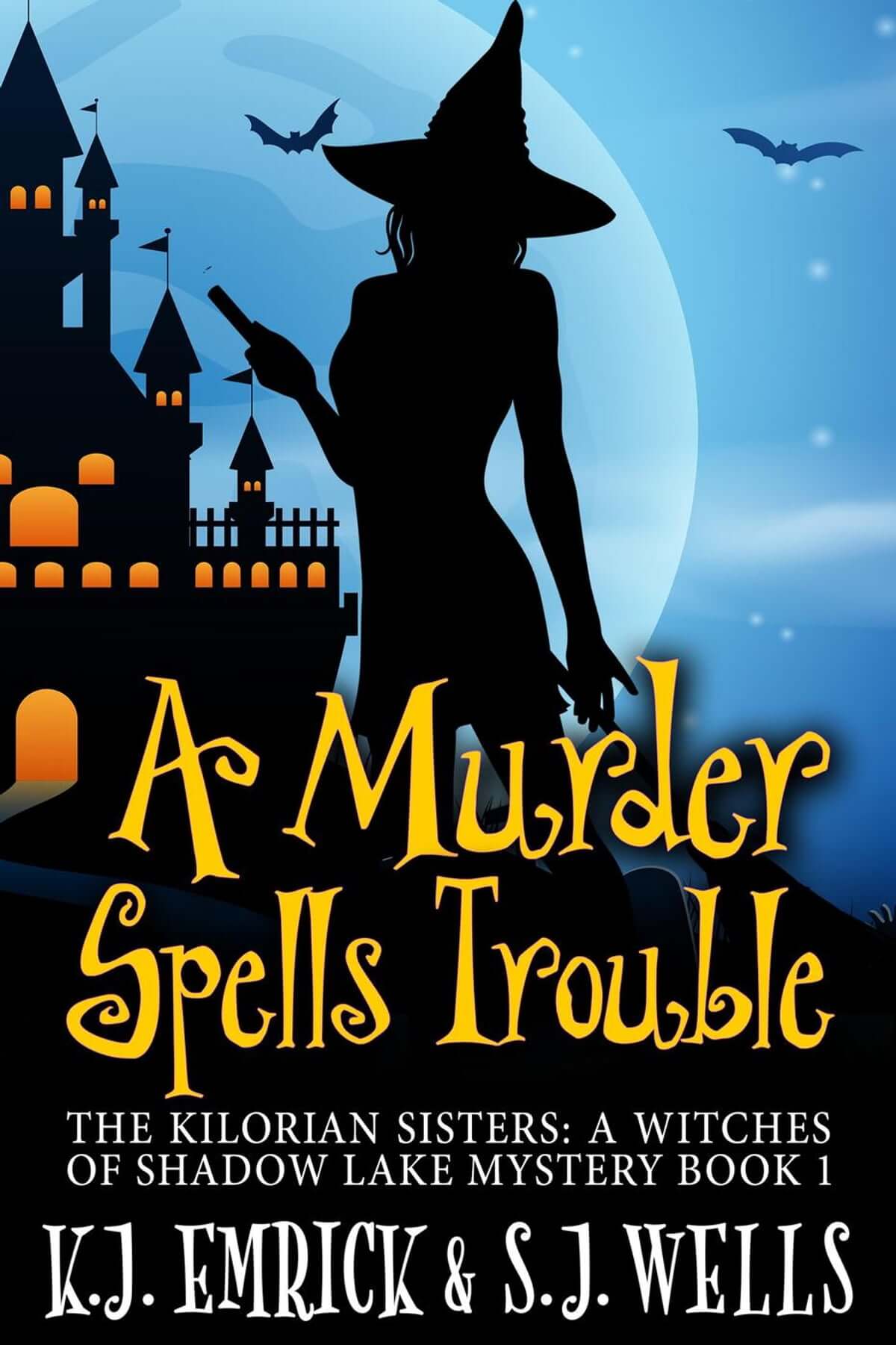 Addie, Kiera and Willow, three sisters of the Kilorian Coven, were born with magic inside of them. As a unit, the three of them are sworn Protectors of Shadow Lake. After a strange woman begs for Addie’s help with finding out who murdered a young boy on Luna Moth Trail outside of town, she meets Detective Lucian Knight, who informs her of the other murders happening in town. Not being able to sit idly, Addie, alongside her sisters, start investigating the magical and mundane mysteries of their town. 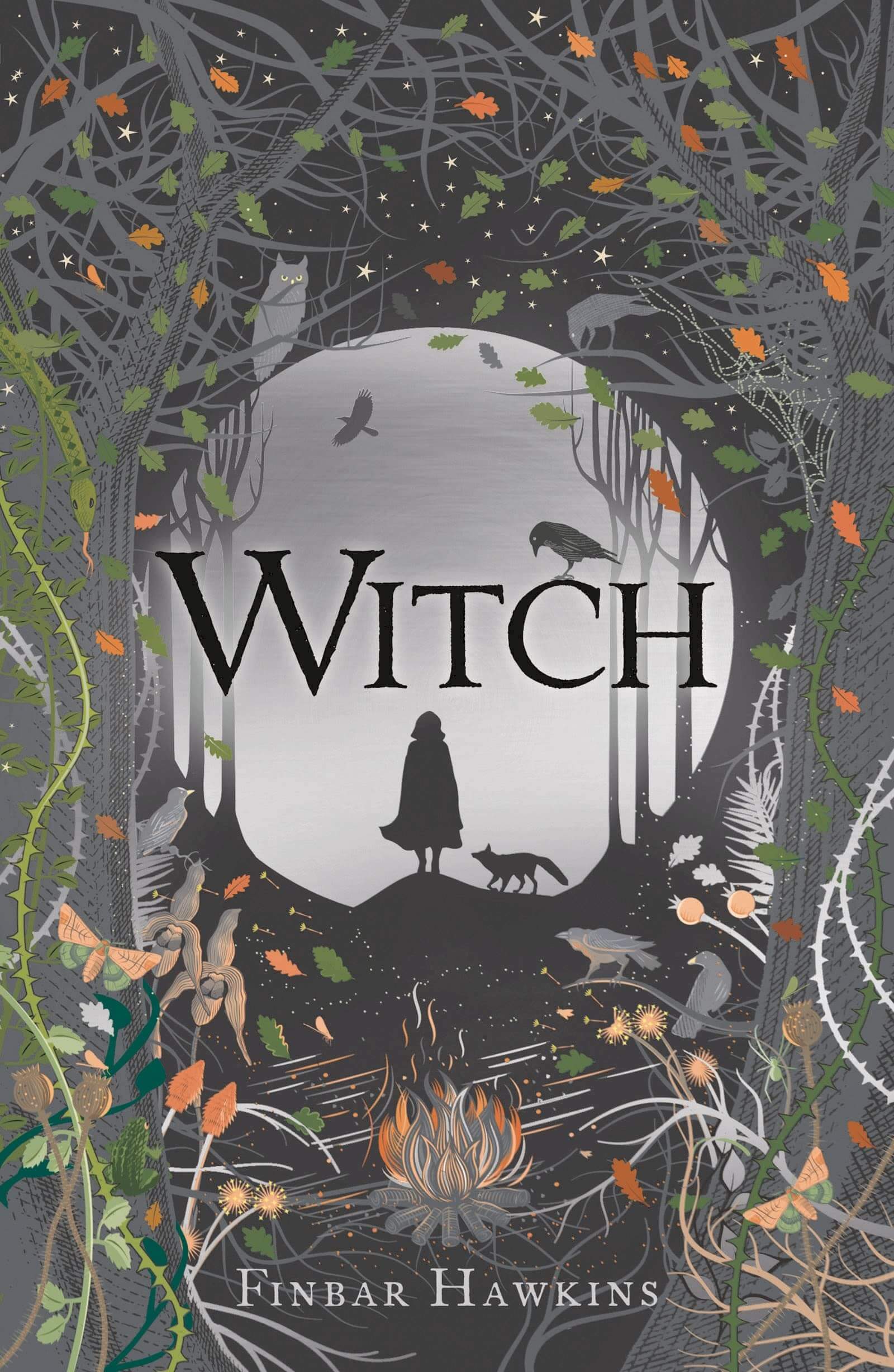 In the 17th century, while the Sanderson sisters vow to look after one another, one young witch makes the same promise. Evey had to watch her mother’s murder at the hands of witch-hunters. Seeking to avenge her mother with a fiery fire that burns bright, Evey makes it a mission to track them down. A promise to keep her younger sister Dill out of harm’s way proves to be more than she realized, because soon, she leaves Dill with their aunt Grey and the other women at her mother’s coven. Using a scrying stone and her blind rage, Evey searches for those responsible, trying desperately to hold onto her sisterhood and stop the hunters before she too is their prey. 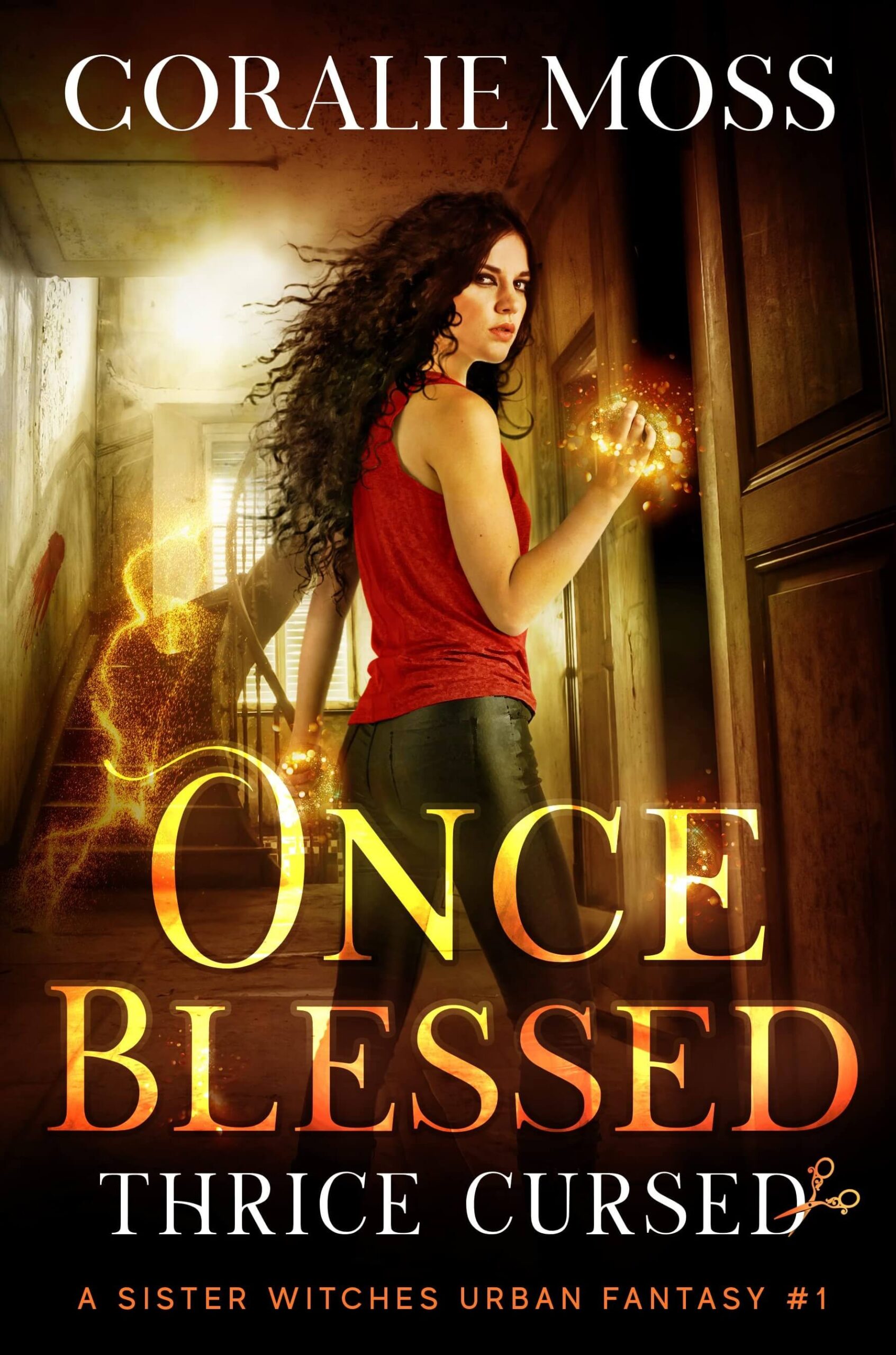 After their mother died, the Brodeur sisters, Clementine, Beryl and Alderose, were separated, each one living a life of their own. That is until they have to come together to determine what to take from their mother’s shop before it’s sold. Little did they know that while their mother was running an arts and craft shop, she was also in charge of a supernatural dating service. When an angry customer comes in looking for his true love, the sisters are extremely confused. Casting a spell on Clementine forces the sisters to work together to save her life. Luckily, the powers inside of them, granted from their mother, can protect them—but for how long? 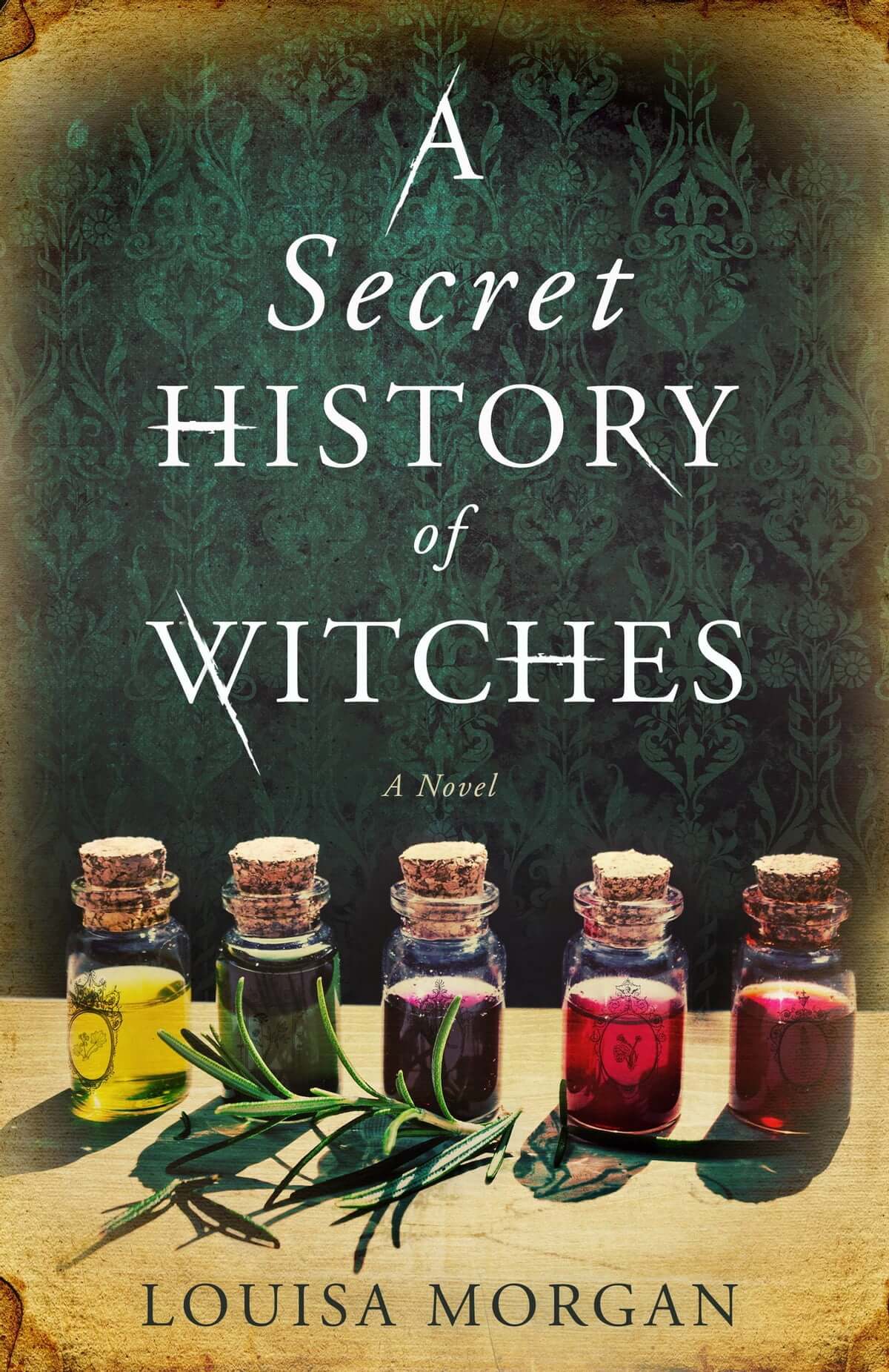 A Secret History of Witches by Louisa Morgan

From mother to daughter, the Orchiére line could practice magic. The story starts first with Nanette Orchiére, the youngest of six sisters. Her grandmother, Grandmére Ursule Orchiére, gave her life for her family, and all thought magic was lost with her death. Even though they assume they can’t see magic, they live on a secluded farm along the Cornwall coast, where they quietly continue to practice spells and rituals. Until Nanette is fully grown, and the magic begins to flow out of her. 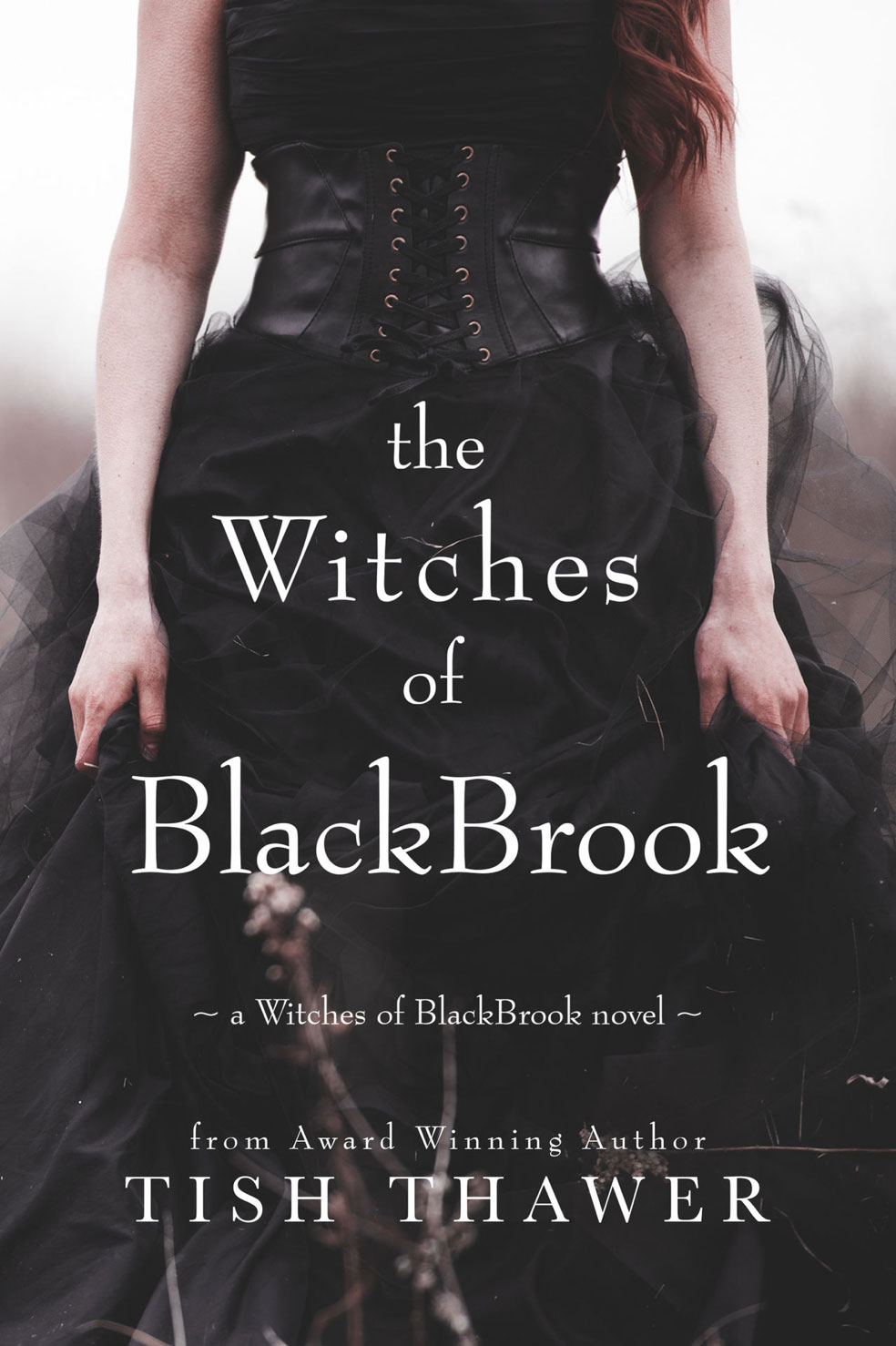 The Witches of BlackBrook by Tish Thawer

The Salem Witch trials didn’t just go after the Sanderson sisters, but also sister witches Karina, Kara and Kenna. Yet when the three escape the hunt, the eldest, Karina, casts a spell that throws their soul into the future. Only it separates them from one another, and while in the past she was Karina, in the future she’s called Trin, a massage therapist who lives with her sister Kit, once called Kenna. Together the two have been in search of their long-lost youngest sister. With each new person that enters Trin’s life—and memories of her old self returning—she’ll have to decipher who’s her sister and who’s out to deceive her. 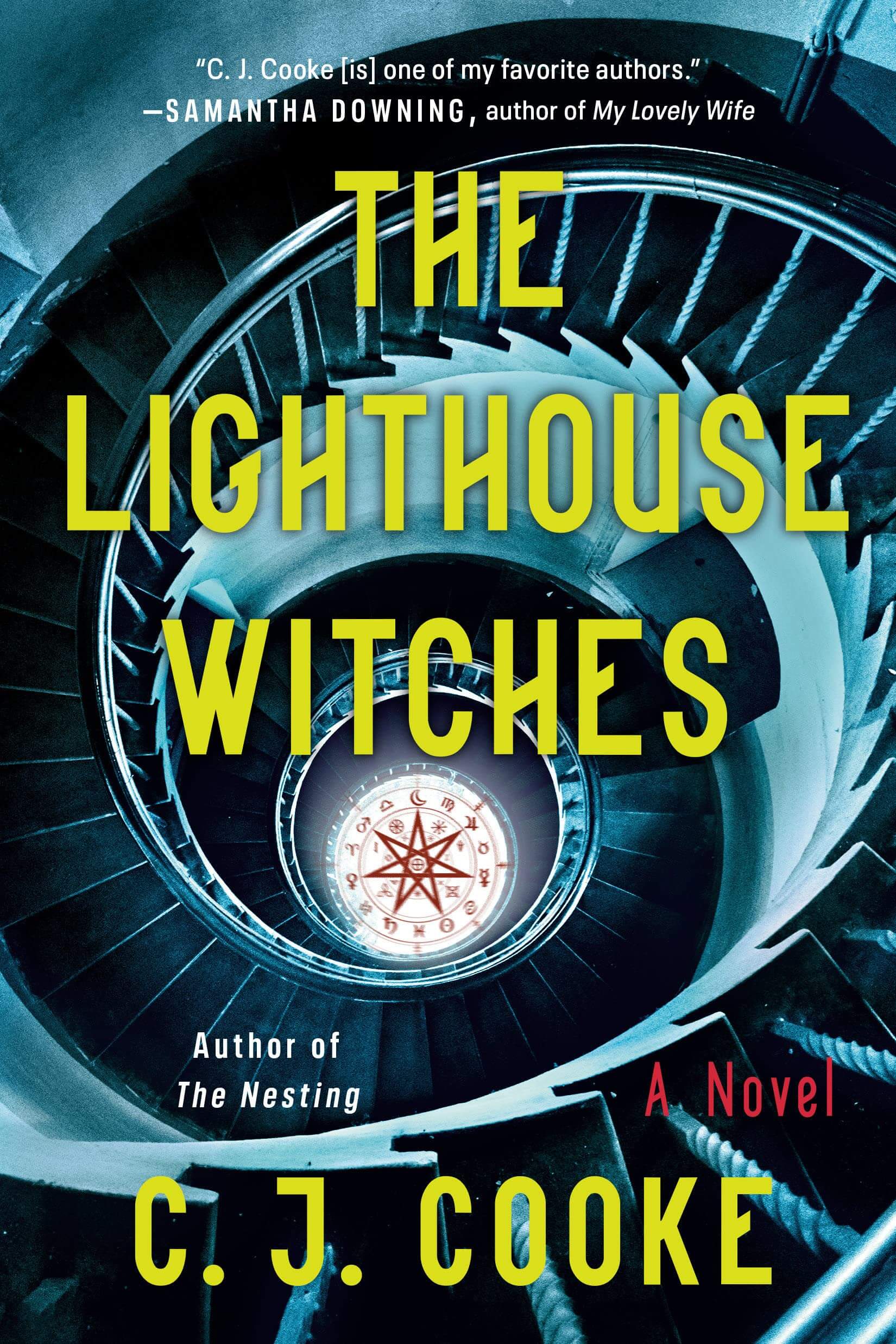 The Lighthouse Witches by C.J. Cooke

Liv and her three daughters have moved to a remote Scottish Island where Liv receives a commission to paint a mural in a 100-year-old lighthouse. The locals have warned Liv about the ancient history of the lighthouse, which was once a prison for witches, and the tales of the supernatural creatures the witches made. When two of her three daughters, Sapphire and Clover went missing, she left Luna alone in search for them. That was twenty-two years ago. Now Luna is all grown up and it’s her turn to search for her mother and sisters. The moment she discovers Clover, she’s thrilled but also shocked—because Clover is still seven years old, the same age she was when she vanished. Luna also heard the stories told to her mother about the wildlings, but she’ll have to search for more evidence. Because one thing is apparent: Clover is not herself.