Let’s face it, celebrities are some of the worlds biggest influencers. From everything from fashion to skin care and makeup and every trend in between, everyone wants to try whatever a celebrity recommends. One thing that flies under the radar for Hollywood elite is how they can influence what’s on your bookshelf. Sure, you can read the New York Times and browse Bookstagram for what’s popular, but your curiosity might peak even more when you browse books that Reese Witherspoon or Gwyneth Paltrow have on their shelves. Here’s what some of your favorite celebs read recently! 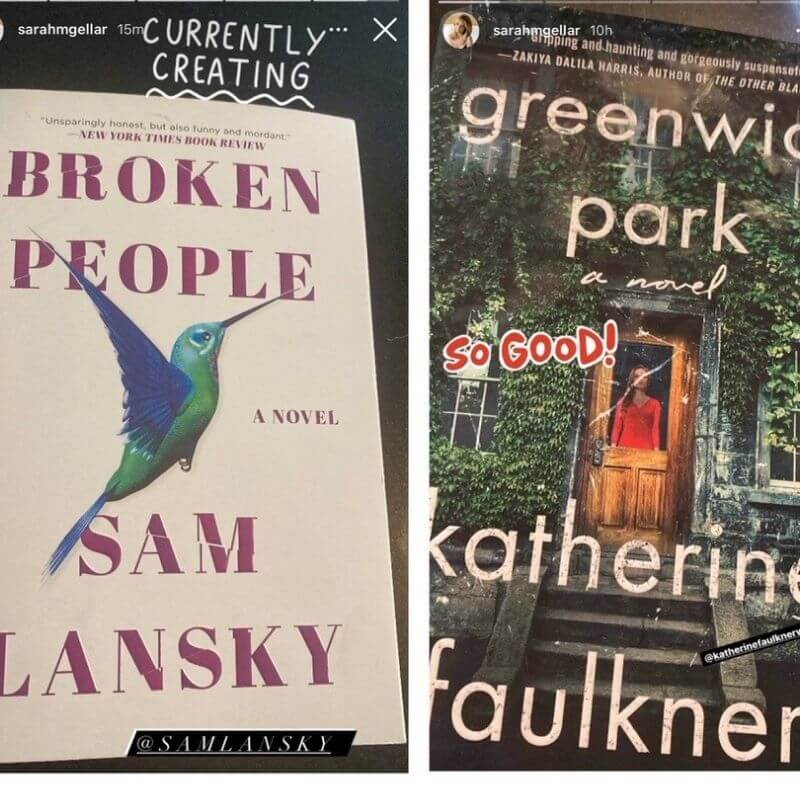 Actress and major bookworm, Sarah Michelle Gellar is always sharing in her stories the books she’s enjoying and her summer reading list is starting off with a bang featuring Broken People by Sam Lansky and Greenwich Park by Katherine Faulkner. Broken People tells the story of a young man who signs up for a weekend with a popular shaman who deals with emotionally damaged people. Greenwich Park is a thriller about a woman who forms an unlikely friendship with a younger woman that is hiding a dark past. 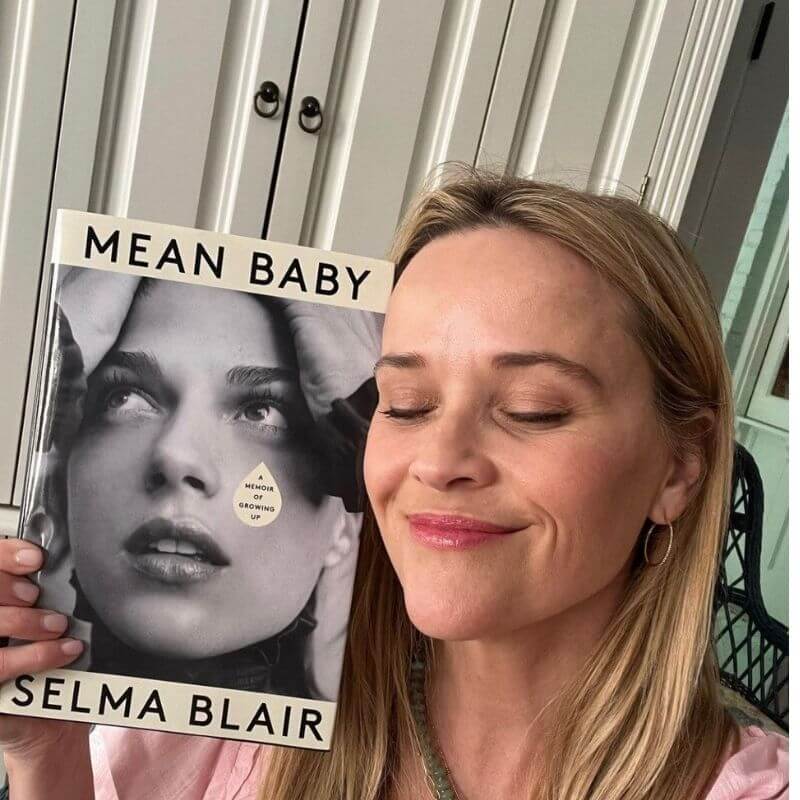 Reese Witherspoon shared Hello Sunshine’s May 2022 Book Club pick: a selfie with a copy of Mean Baby by Cruel Intentions co-star Selma Blair. The memoir by Blair is an emotional and funny about Blair’s childhood, her battle with alcohol addiction, and her multiple sclerosis diagnosis. 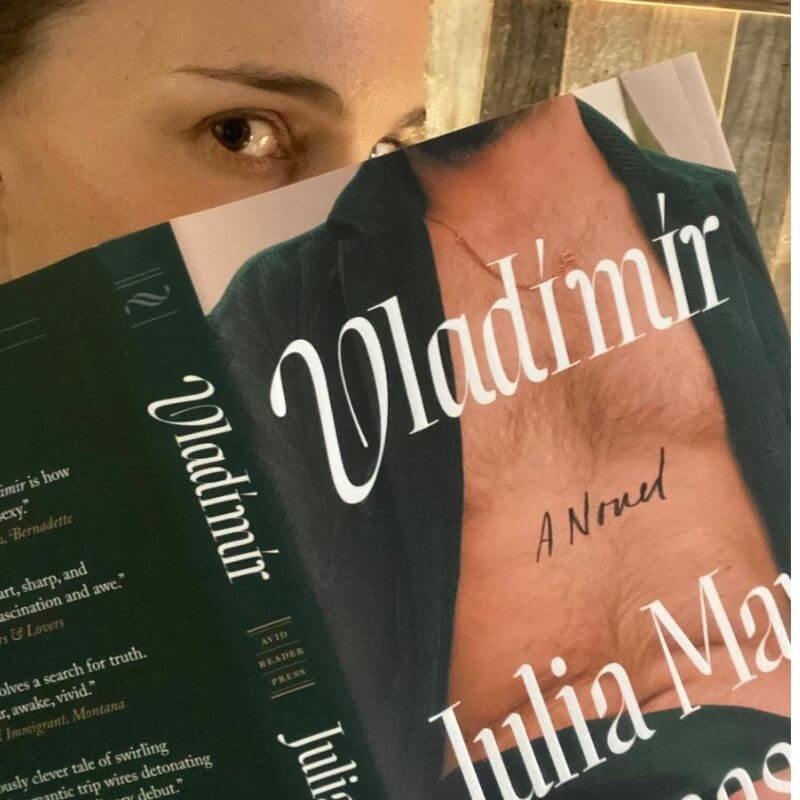 Actress Natalie Portman is definitely a bookworm and one of  her May 2022 Instagram posts showed a clever selfie with Vladimir by Julia May Jonas. The literary fiction novel is about an English professor dealing with her husband being under investigation for inappropriate relationships with former students at a small liberal arts college. Our narrator also becomes infatuated with a young novelist named Vladimir. 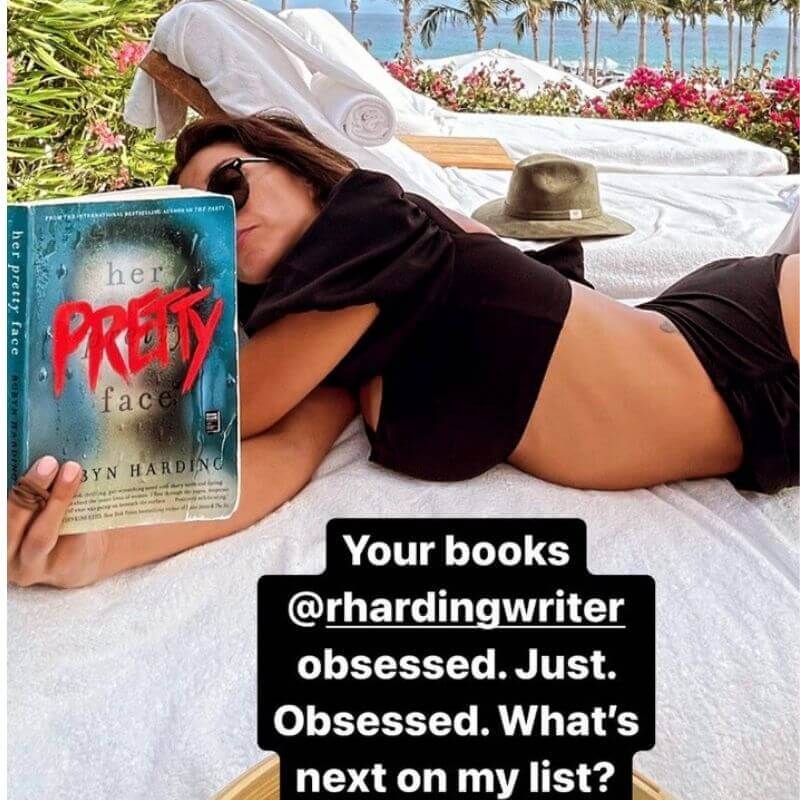 International TV personality Adrianna Costa may be known for being an entertainment reporter and reality show host, but in May 2022 she posted a story on Instagram of the thriller Her Pretty Face by Robyn Harding that she was enjoying in the sun. The novel by Harding is about two women who form an unlikely friendship while one of them is hiding a deadly and murderous past. 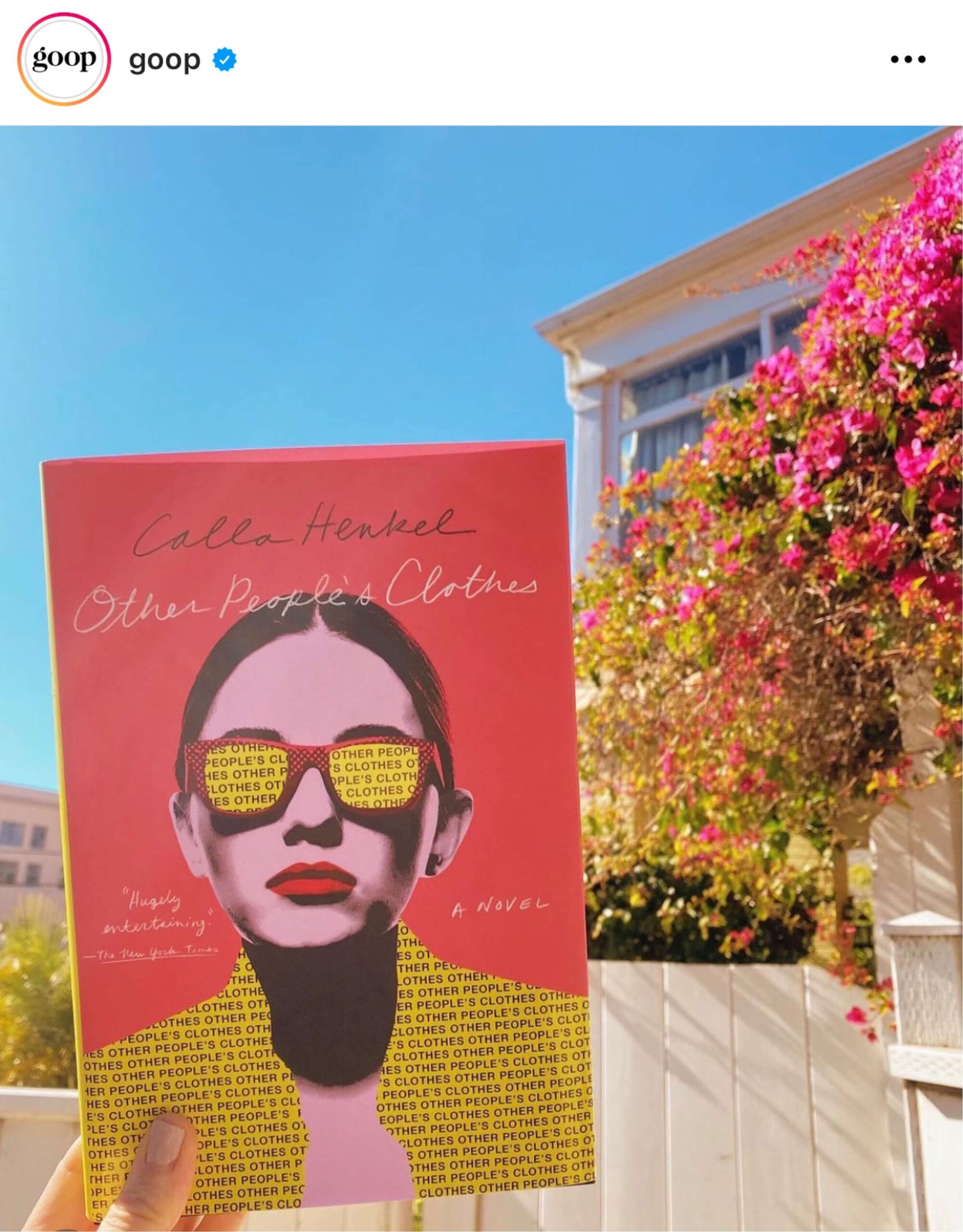 The Goop bookclub pick for March is Other People’s Clothes by Calla Henkel and Goop will be having a live discussion with Henkel regarding the thriller. This story is about a young woman named Zoe who decides to study abroad after the murder of her best friend and finds herself in Berlin with a fellow exchange student named Hailey. Soon, the two find themselves subletting an apartment owned by a mysterious author and Zoe begins to wonder if they are being watched. 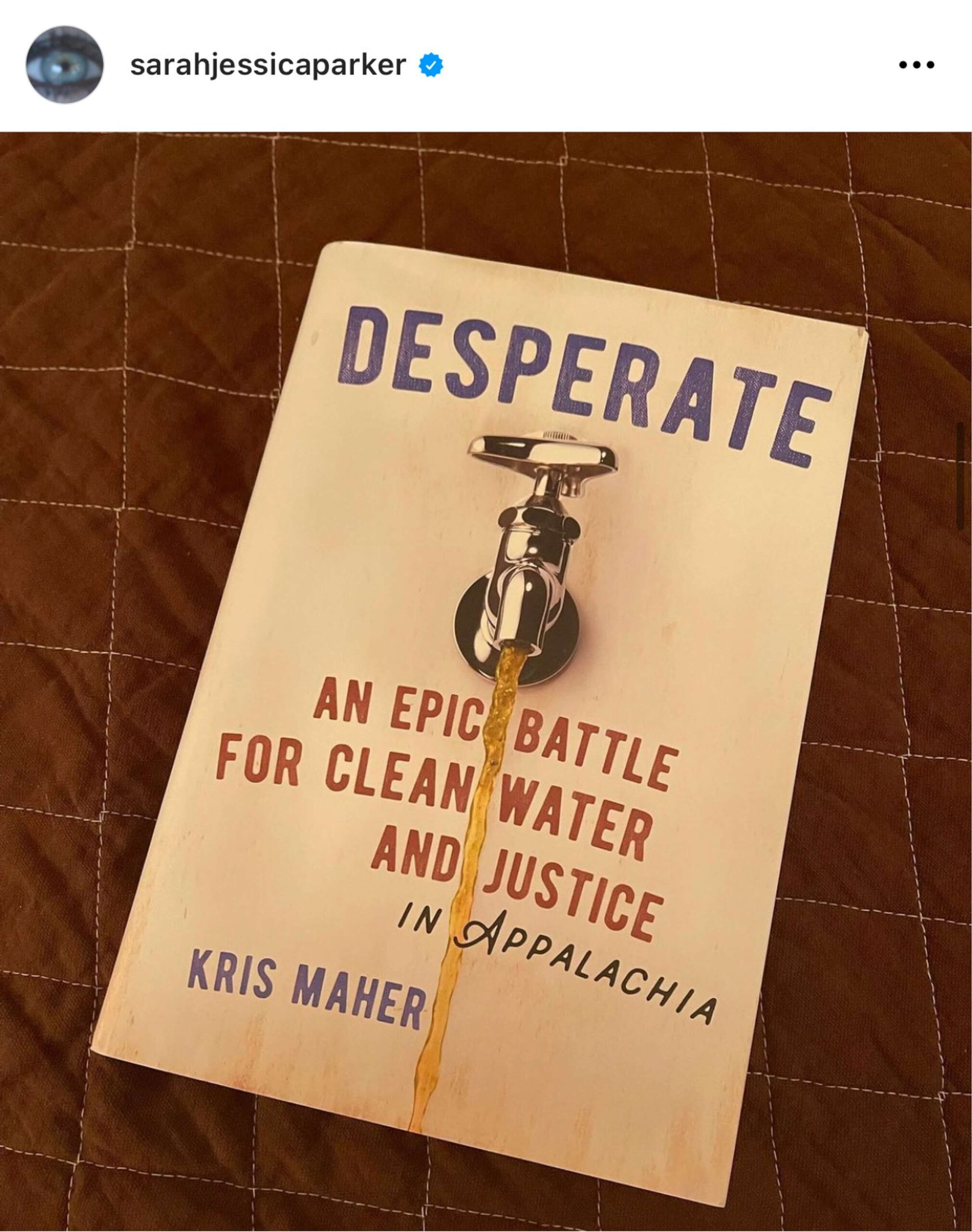 SJP is a bonafide bookworm and is frequently posting about books on her Instagram or just being photographed with books by the paparazzi. On a recent Instagram post, she congratulated Kris Maher on this book and said it reads like a thriller. Desperate is about an Environmental lawyer who believes the tap water in Mingo County could be causing health problems in the community for two decades. 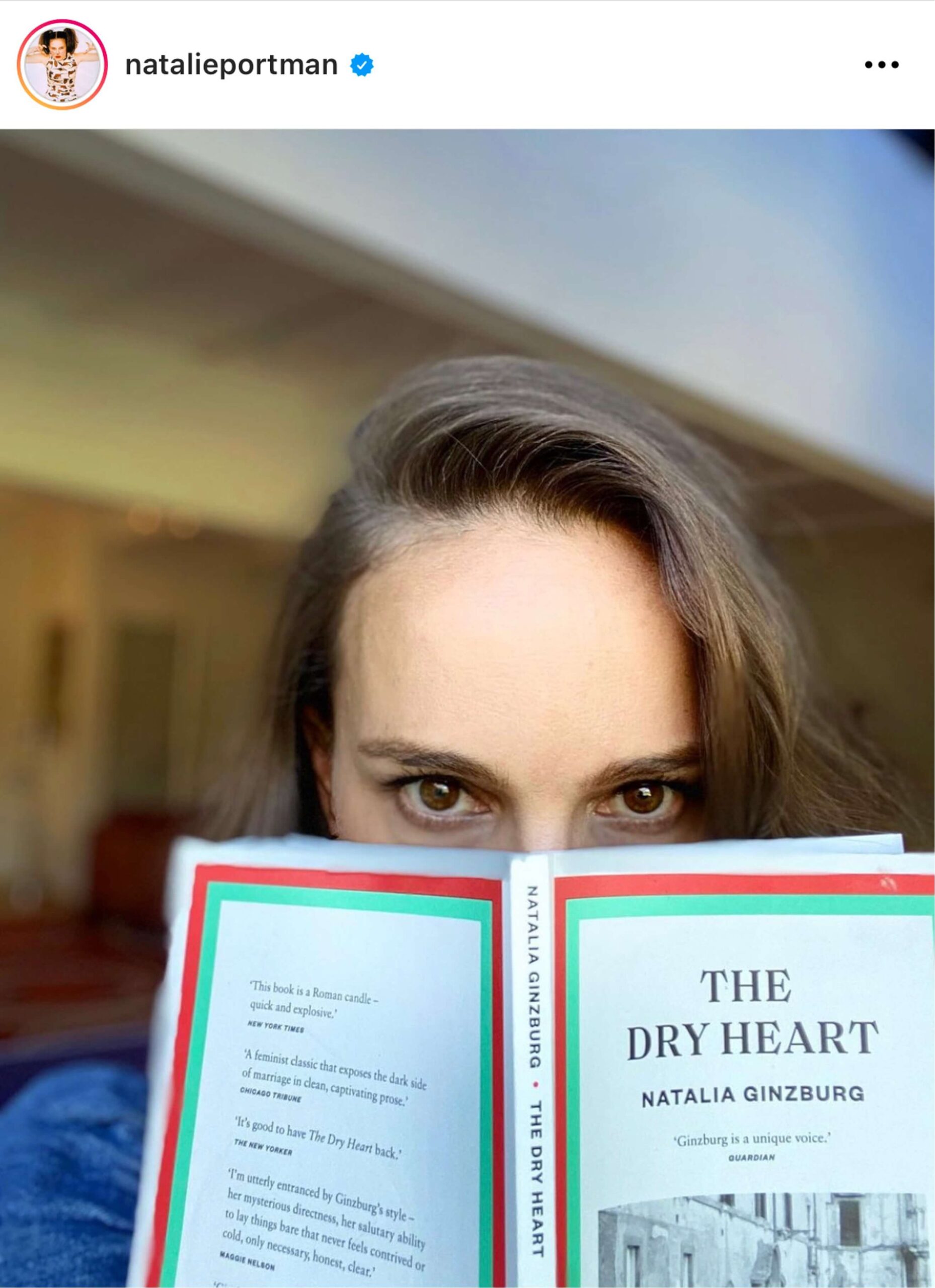 On a recent Instagram post, Portman posted her March bookclub pick of Dry Heart by Natalia Ginzburg, which was originally published in Italy in 1947 and recently republished. The story explores what drives the narrator to kill her husband. 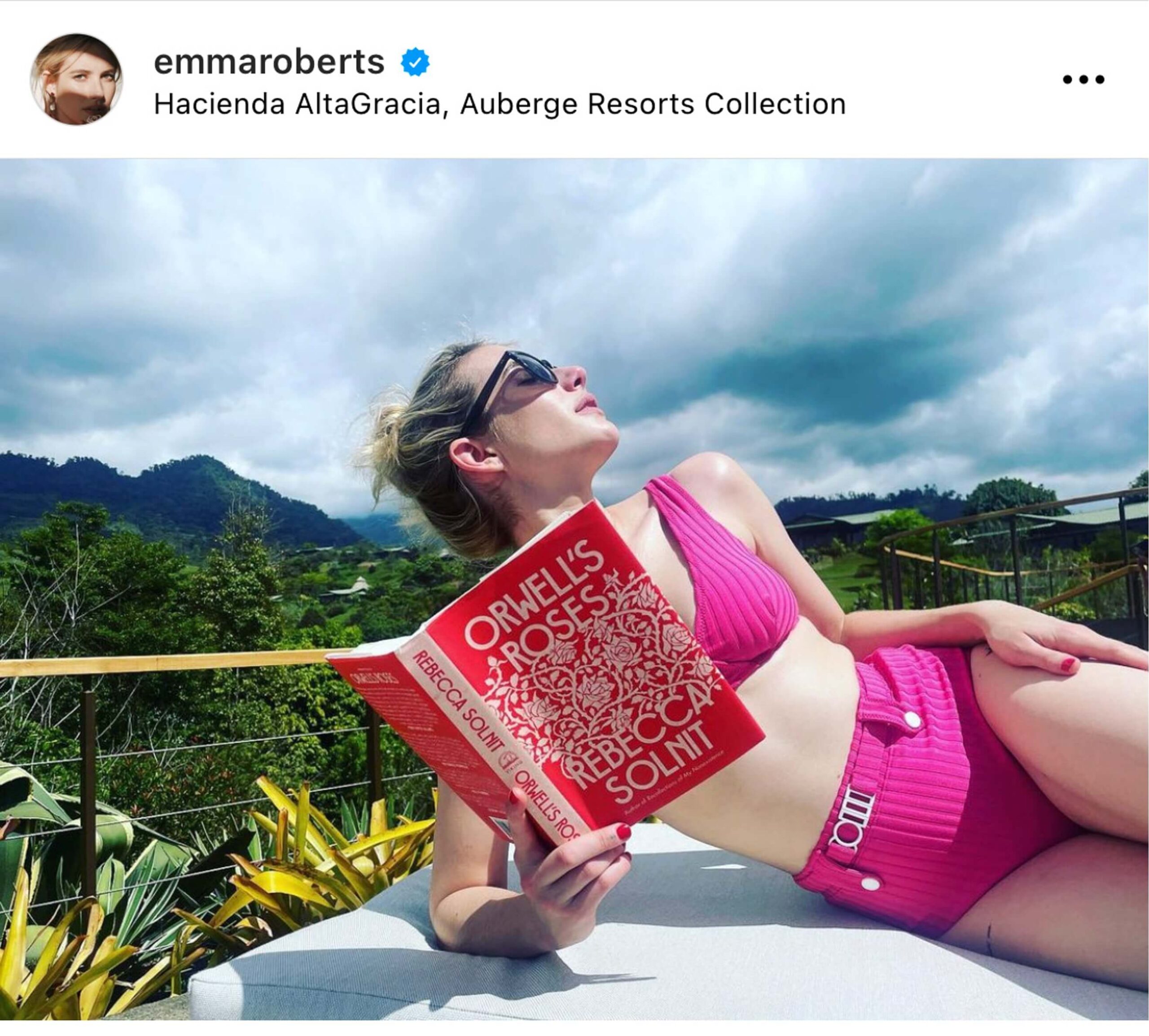 Roberts is definitely a celebrity who has a ton of interest in books and reading. Recently, she brought along Orwell’s Roses by Rebecca Solnit as her vacation read. This nonfiction book is  described as a reflection on George Orwell’s passion for gardening and how that affected his commitment as a writer, inspired by Solnit’s unexpected encounter with the roses Orwell planed in 1936. 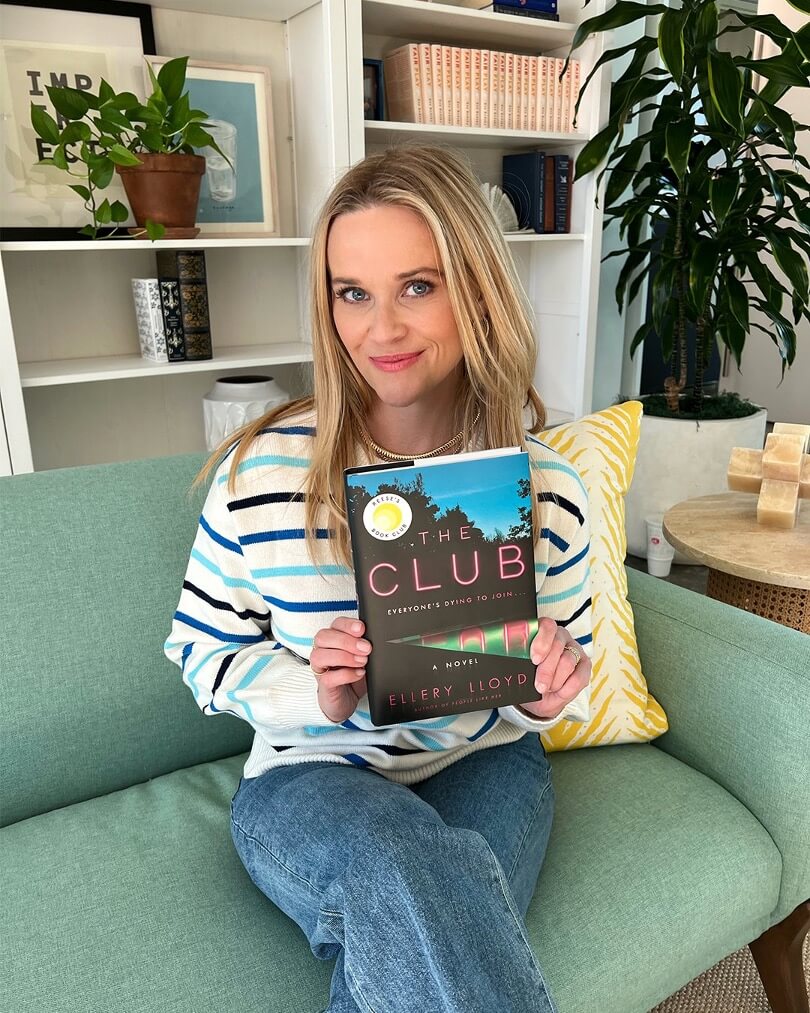 Reese just has a knack for picking books, so I’m always curious to see what she picks for her book club choices, especially for thrillers. I mean, this the woman who gave us Gone Girl and Big Little Lies! Following her photo, Witherspoon described The Club as a beautifully written, densely plotted thrillers taking place at a private club off the coast of England. 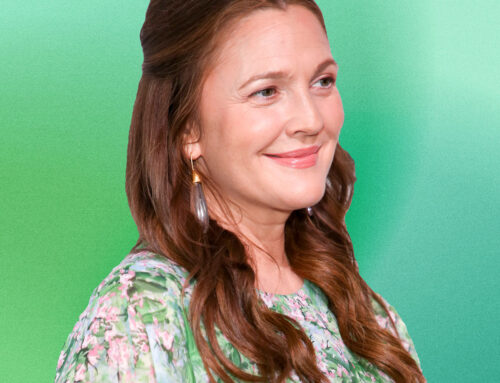 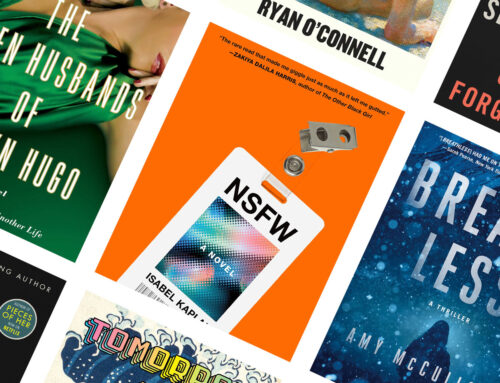 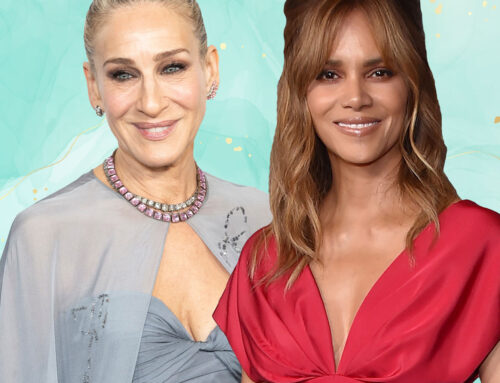 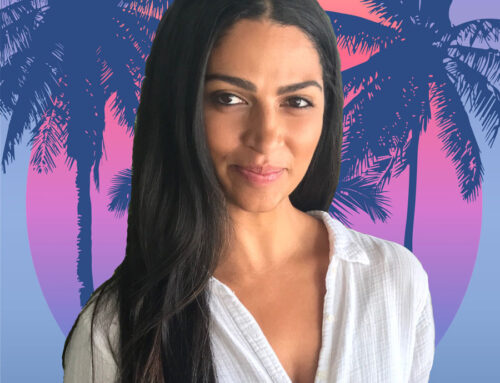 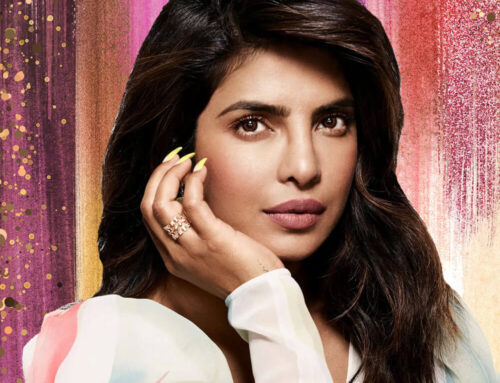 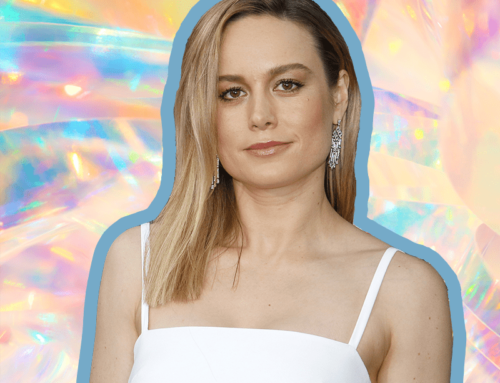