What She Reads if She Loves Crazy Rich Asians

What She Reads if She Loves Crazy Rich Asians

As we all wait not-so-patiently for the film version of Kevin Kwan’s Crazy Rich Asians to premier later this summer, we might as well immerse ourselves in a few good books. If you love the Crazy Rich Asians trilogy, you’ll devour this line-up filled with fame, fashion and fortune.

Bernadette is married to a Microsoft-guru, successfully balancing a career as an architect with motherhood. She’s also set on getting out of Seattle and away from the people… crowds… anyone and everyone. Then, she goes missing. Determined to find her mother, 15-year-old Bee gets to work, compiling emails, official documents and correspondence that reveal the unexpected.

Just as magazine reporter Monique Grant thinks she may have hit rock bottom, the notorious Evelyn Hugo grants her the opportunity of a lifetime – an interview meant to be her biography. As Evelyn spills her tale of humble career beginnings in the ‘50s that led to stardom, relationships, husbands, scandals and riches, her story begins to reveal how her life is woven with Monique’s – whether Monique wants to hear it or not.

Life is good in suburbia – for everyone but Emily, who finds herself at the center of neighborhood gossip as she struggles to keep her celebrity image consultant career afloat. But when former supermodel Karolina gets a DIU, Emily pounces. In a desperate attempt to save their reputations, the two band together and join forces with their mutual friend, Miriam, a once-powerful attorney. This unlikely trio finds that they might just surprise everyone – even themselves.

The Assistants by Camille Perri

For more than six years, 30-year-old Tina has been the beloved executive assistant to media tycoon Robert Barlow. Her life seems glamorous to outsiders, but her bills and debts remind her otherwise. When she spots a technical error with Robert’s expense report, she’s left with a decision: fix the error, or create a new life for herself – one that surely won’t hurt anyone along the way, will it?

When 22-year-old Tess lands a job in one of New York City’s most exclusive restaurants, she falls into a world of lavish excess. Drinking, dining, drugs, glitz and glamour are all at her fingertips as she navigates her new life, allowing little time to pause and reflect on the fragility and brutality of being young and adrift. 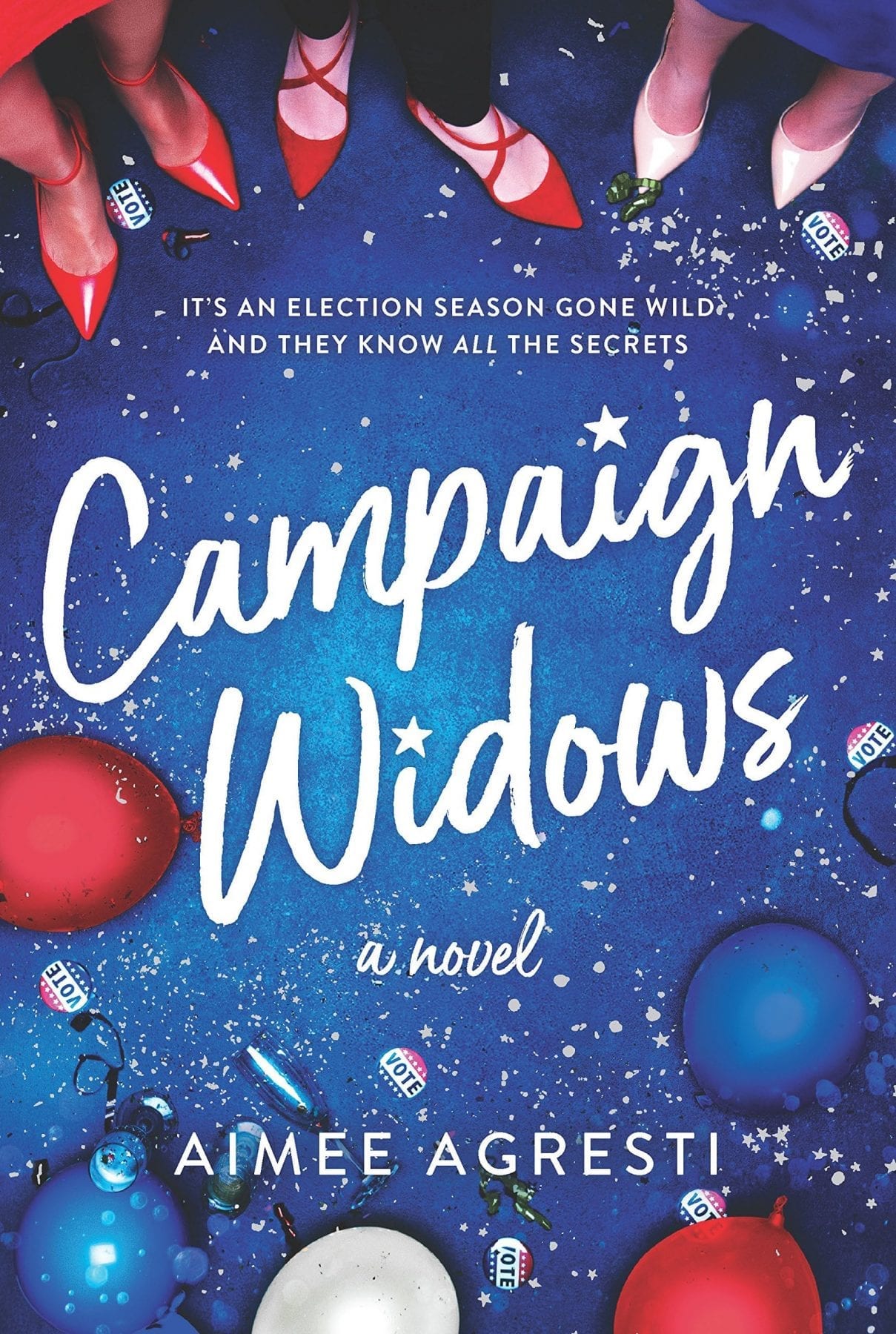 With a new job and fiancé, Cady’s future seemed exciting. But when her soon-to-be hubby hits the presidential campaign trail, she finds herself alone… that is until she meets the “campaign widows,” D.C.’s most influential inner circle of women who have temporarily lost their husbands to political affairs. It’s an election season gone wild as Cady learns what happens when the husbands are away.

The Knockoff by Lucy Sykes and Jo Piazza

Imogen Tate is queen of the fashion world. She’s editor-in-chief of Glossy magazine, has fashion royalty on speed dial, and is living a lush life at the top. But when her 20-something former assistant returns with plans to take over her job, Imogen is forced to go head-to-head with the tech-loving, social media-savvy millennial, and find out what she’s really made of.

(feature image courtesy of Plan A Magazine; designed by She Reads)