10 Books to Take You on a Trip Back Through Time

10 Books to Take You on a Trip Back Through Time

It doesn’t have to be Thursday to enjoy a good Throwback! We’ve gathered up a well-rounded selection of stories from the past that are sure to take you on an adventure or two. While some are based on actual events and others are pure fiction, these picks are guaranteed to take you on a trip back in time. 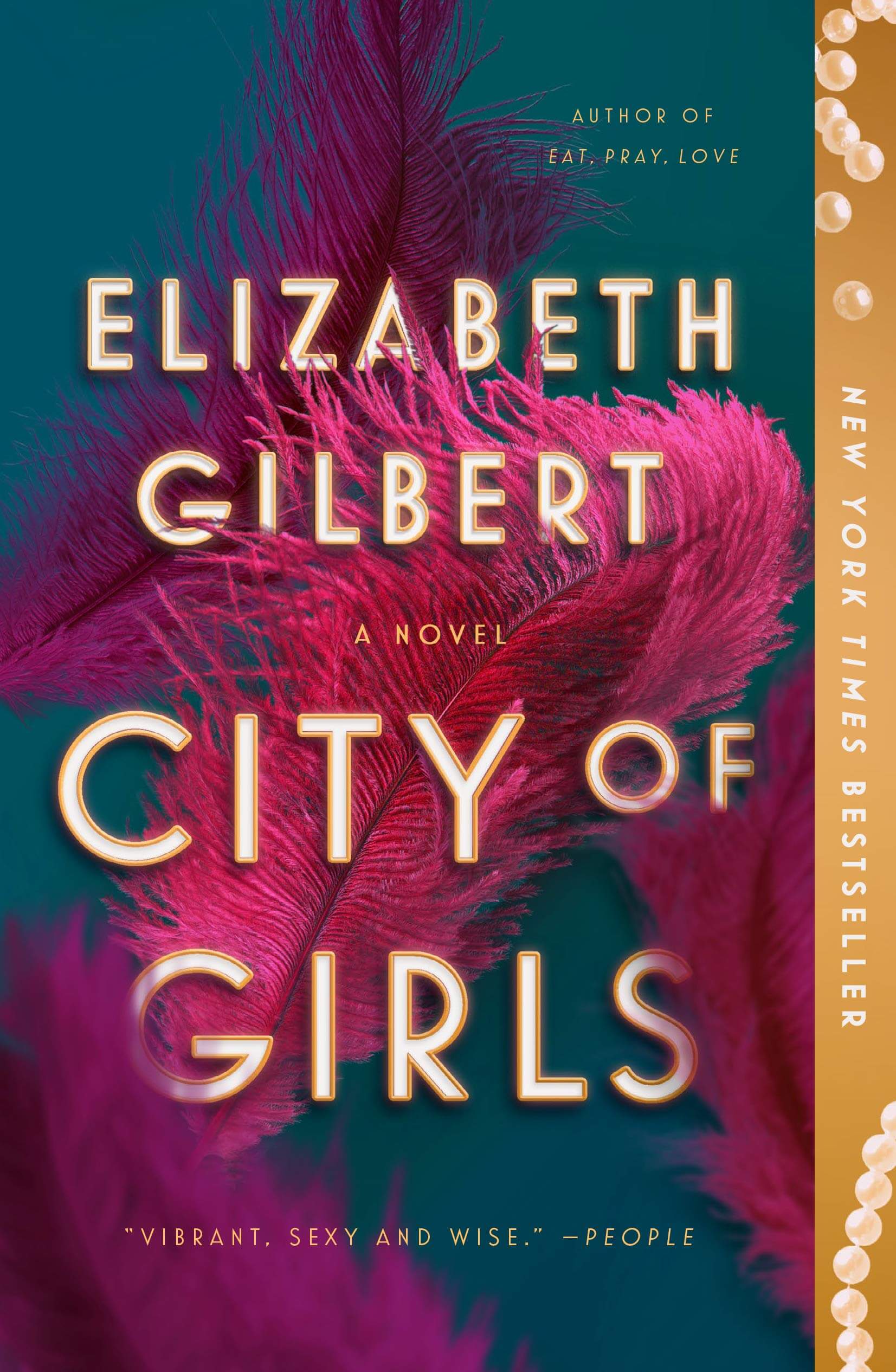 This book takes you back in time to New York City in the 1940s. At eighty-nine years old, Vivian narrates the story of her life arriving as a naïve nineteen-year-old arriving in the city and all of the trouble she got into. After an unsuccessful stint at Vassar College, her wealthy parents sent her to live with her free-spirit aunt who owned a dilapidated playhouse, where her adventures in living life really began. She befriends a showgirl who takes her under her wing, and from there, scandalous decisions were made. This coming-of-age story will make you cringe, cry, and fall in love with Vivvie along the way. 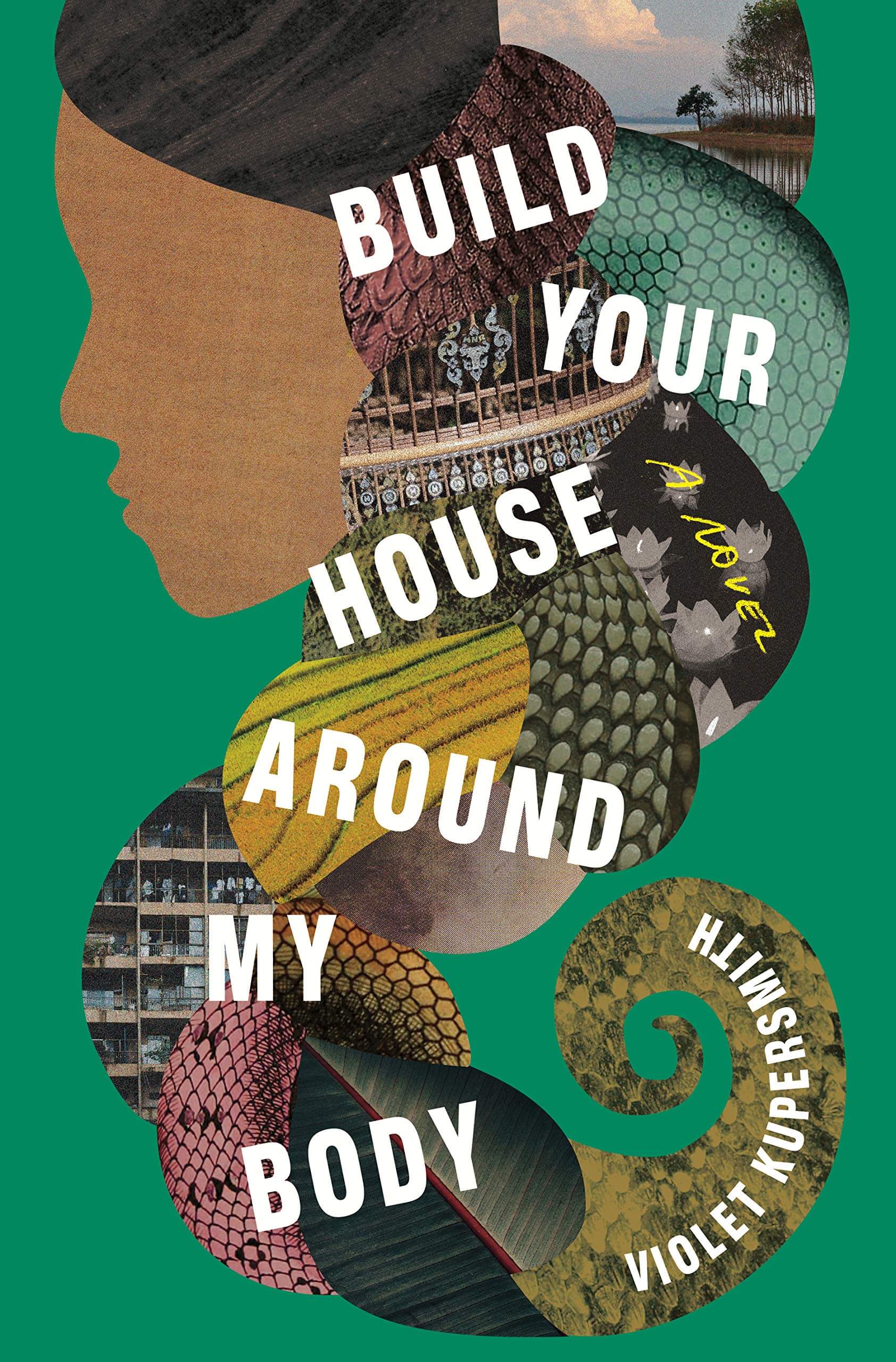 Build Your House Around My Body by Violet Kupersmith

This nail-biting novel tells the tale of two Vietnamese women who end up missing at different times but are very much connected by ghosts of generations past. As this story covers over fifty years of Vietnamese history, the events that unfold surrounding these females start to uncover more questions than answers. While the threat of the Vietnam War looms in the background, employees of the Saigon Spirit Eradication Co. begin to uncover unexplainable incidents in a nearby farmhouse that lead them right back to the legend of the long-gone ladies. 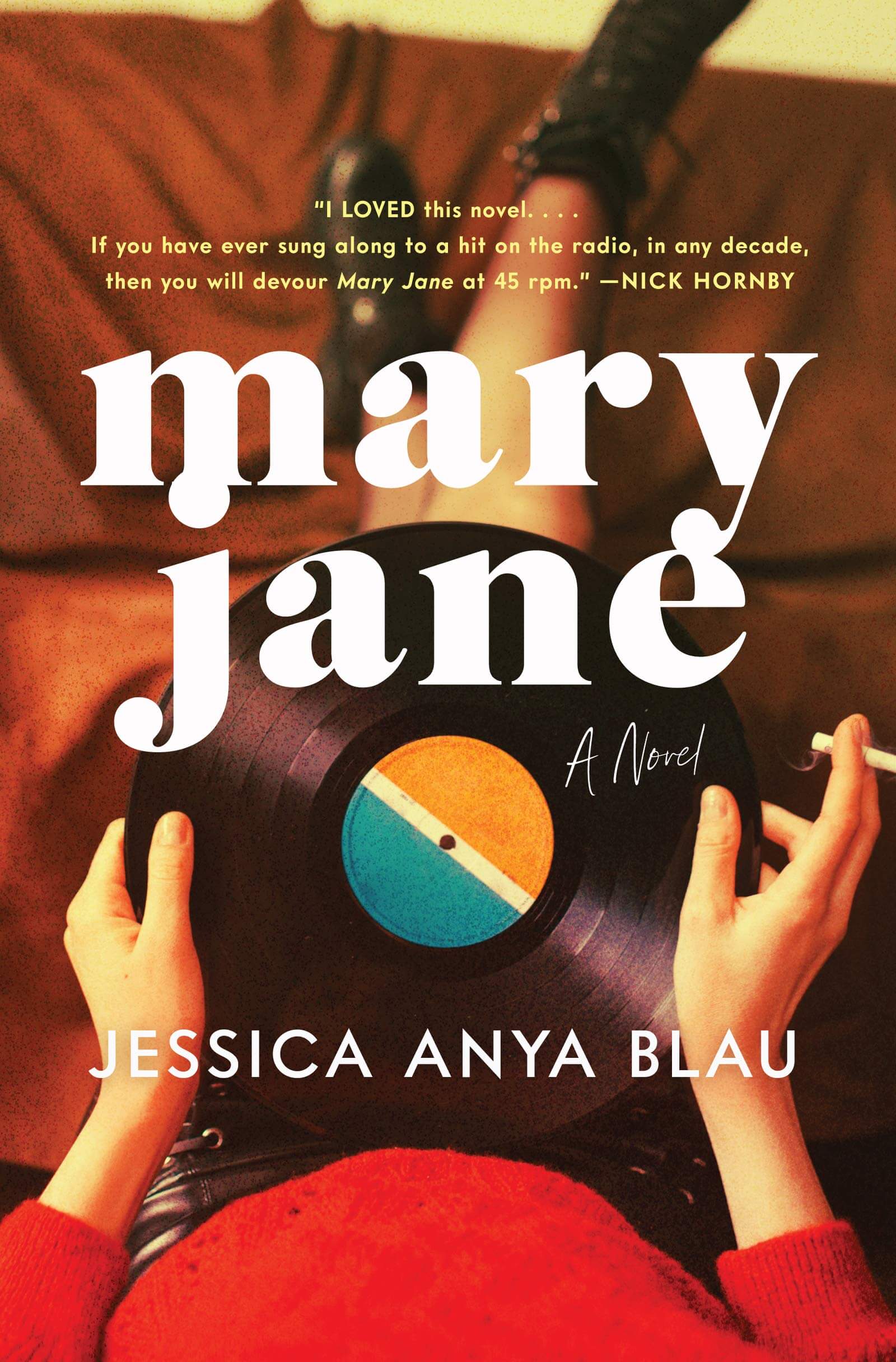 Fourteen-year-old Mary Jane was living a simple life with her family in 1970s Baltimore. When she takes a nannying job for a neighborhood psychiatrist, she quickly realizes that not all households operate like hers. Much to her surprise, the house is a giant mess, littered with takeout containers and junk covering every inch of the countertops. Beyond that, he’s hosting a famous musician and his well-known wife so that they can sober up. While Mary Jane introduces the group to home-cooked meals, they give her a taste of the rock and roll lifestyle. Come Fall, this will be a summer that Mary Jane can’t forget. 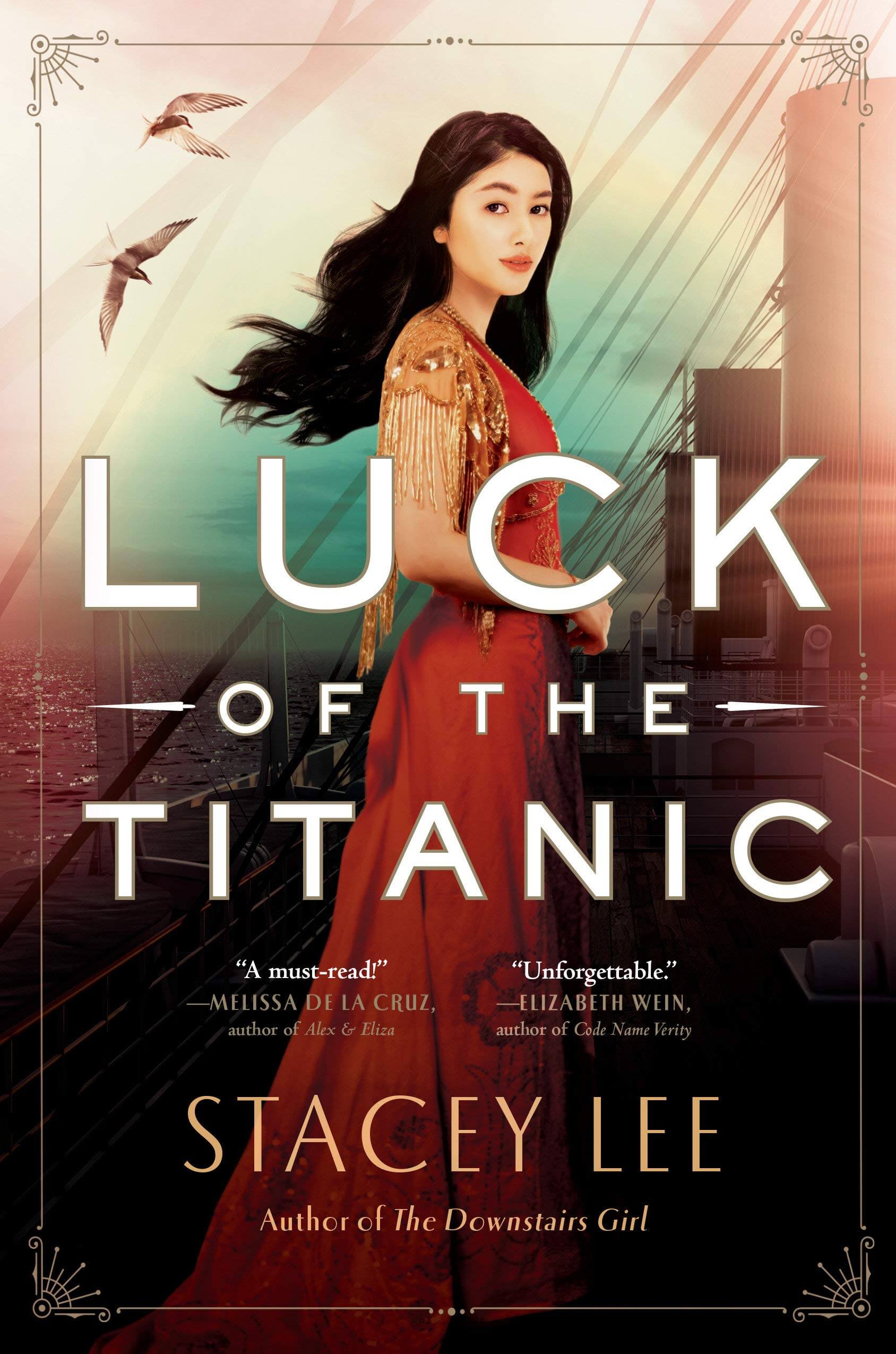 Luck of the Titanic by Stacey Lee

Valora and Jamie Luck are so close to making all of their circus dreams come true. Both amazing acrobats, these twins from China have been separated for two long years and Val is beyond excited to board the Titanic and be reunited with her brother. However, she is turned away upon entry, told that the Chinese aren’t allowed to enter America. She takes matters into her own hands and finds a way onto the boat. As a stowaway, she must be sneaky, but she’s determined to find her brother. As the clock is ticking, the unimaginable happens and the ship starts to sink. Now the only way out is off. 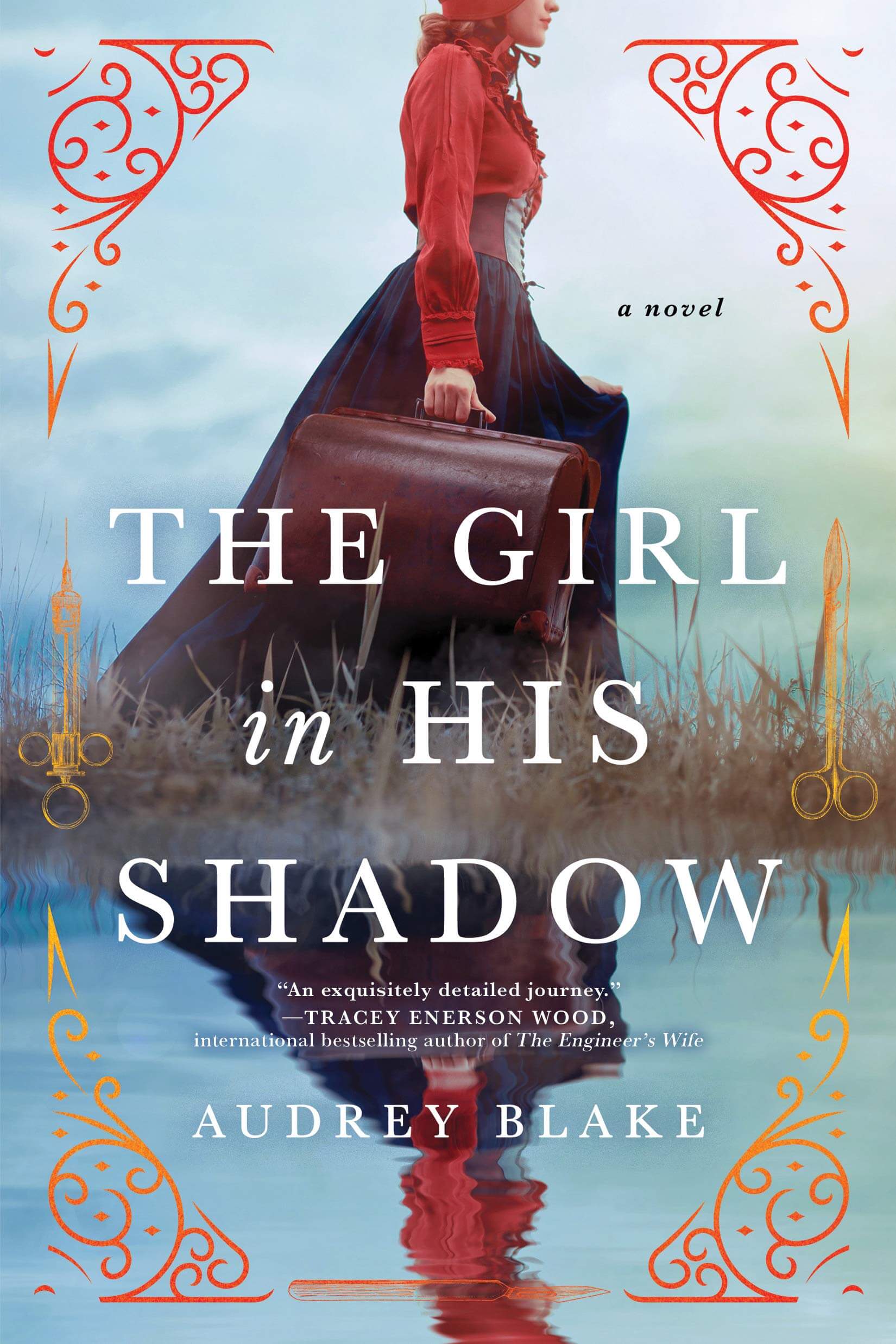 The Girl in His Shadow by Audrey Blake

In 1845, it was not permitted for a woman to practice medicine. However, Nora Beady knew a thing or two about anatomy and suturing, whether it was acceptable or not. When a pandemic left her orphaned, she was taken in by Dr. Horace Croft, who had no qualms about showing Nora the ropes. While other girls were knitting and cooking, Nora was busy learning to be a trusted medical assistant. However, when Dr. Gibson arrives on the scene, Nora must take a backseat and pretend to be clueless. As patients start to suffer, Nora must decide if she should stay quiet or come clean and risk it all. 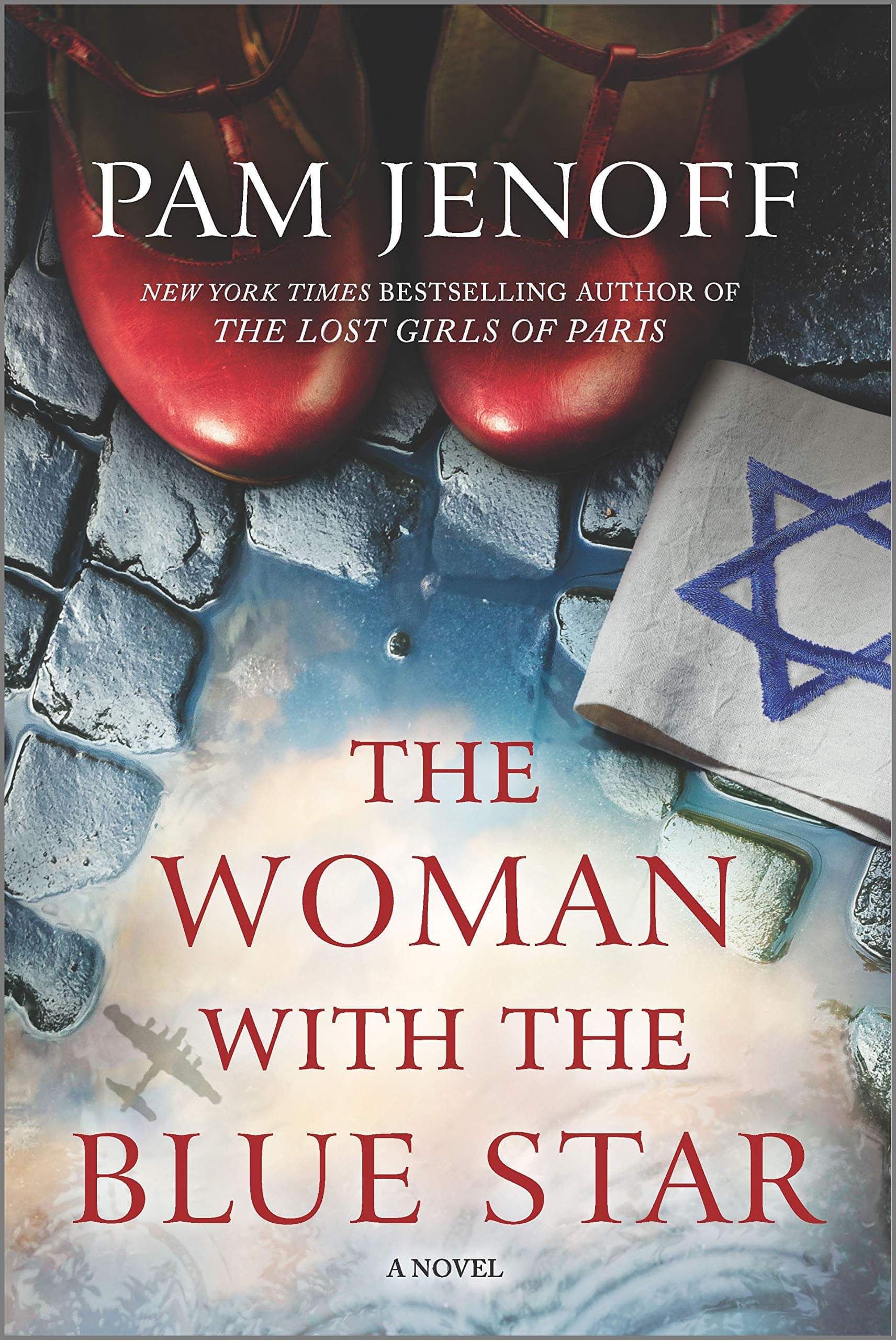 It was 1942 when eighteen-year-old Sadie Gault and her pregnant mother were forced to seek refuge during World War II. As she was in survival mode living underground, one day she locks eyes with Ella Stepanek, a well-to-do Polish girl who was simply strolling through the city and buying flowers. Ella wants to help, and the two girls become fast friends. Ella will do anything to make Sadie’s life easier, but that becomes increasingly dangerous as the war wages on. This story of friendship, family, and survival is based on actual events and illustrates a poignant portrayal of incredible strength against adversity. 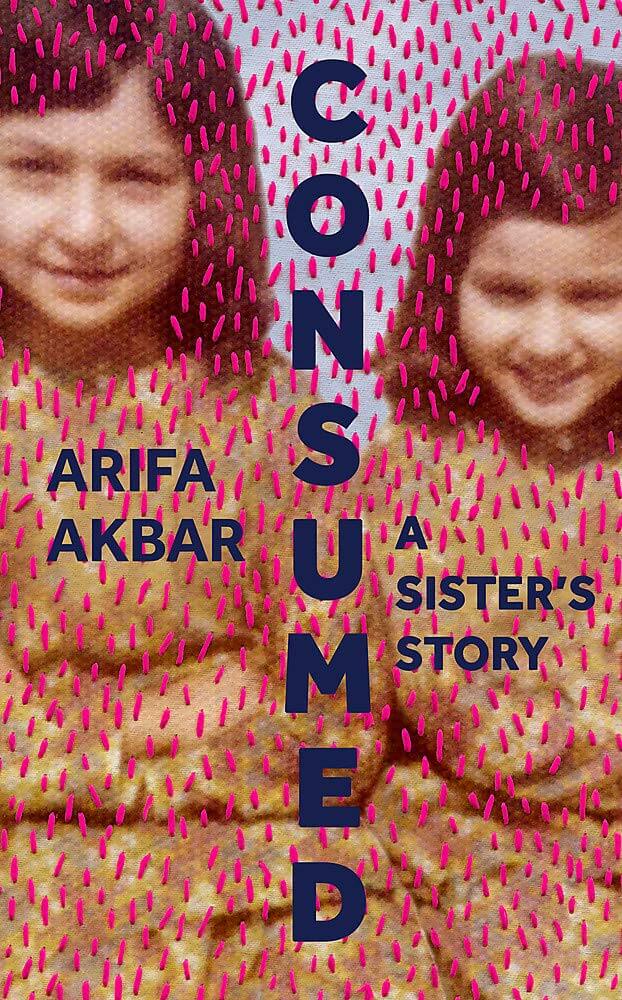 Akbar had no idea that when her sister was admitted to the hospital, that she would be there to stay and never see the outside world again. Her and her family presumed that she was sick, but also that she would get better and come home soon. They had no idea how ill she was and that she had been suffering from a serious case of tuberculosis. Once she passed away, reality set in and Akbar would have to face a new life that didn’t include her beloved sister. This tale of two sisters transitions between different time periods, and flawlessly illustrates the bond and complexity of sisterhood. 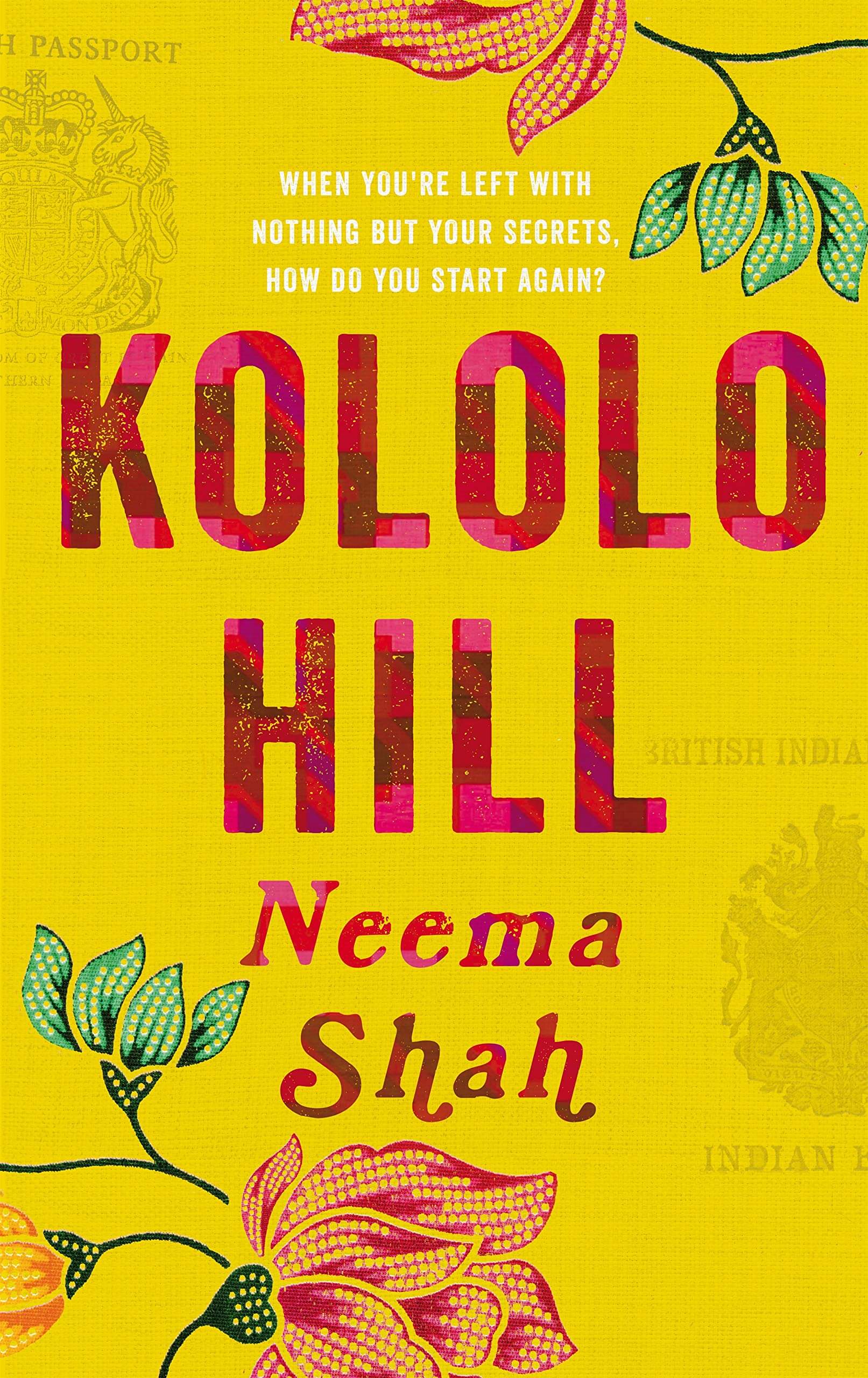 In 1972, Ugandan Asians were given just 90 days to pack up all of their things and leave the only place they knew as home. All they could take with them was what they were able to carry themselves and were forced to surrender all of their money. As they embarked on their journey, they were told that they could never return. For newlyweds Pran and Asha, the future looks bleak amongst all of the violence and unrest, but they are determined to make the trek to Britain in hopes of seeking safety once and for all. Against all odds, this love story beautifully illustrates the power of love and determination. 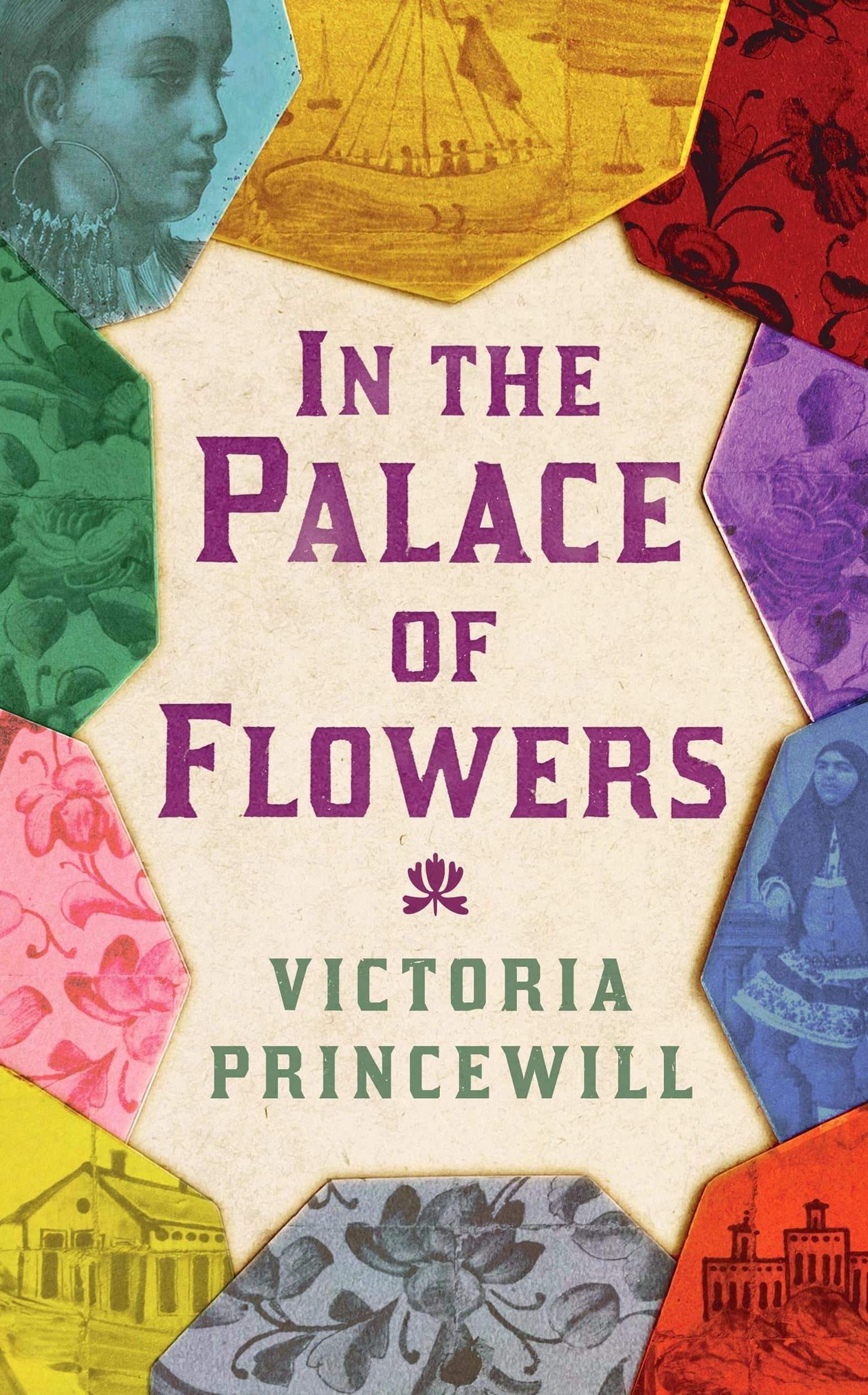 In The Palace of Flowers by Victoria Princewill

As the end of the nineteenth century approached, Jamila and Abimelech found themselves enslaved to the Persian royal court. Torn away from their families, they are now the property of another family, forced into a life of servantry. These Abyssinian slaves spend their days feeling insignificant and miserable beyond measure. Determined to take their lives back, these two begin to tread a treacherous path through political red tape and dangerous encounters that will make their desire for freedom seem impossible at best. 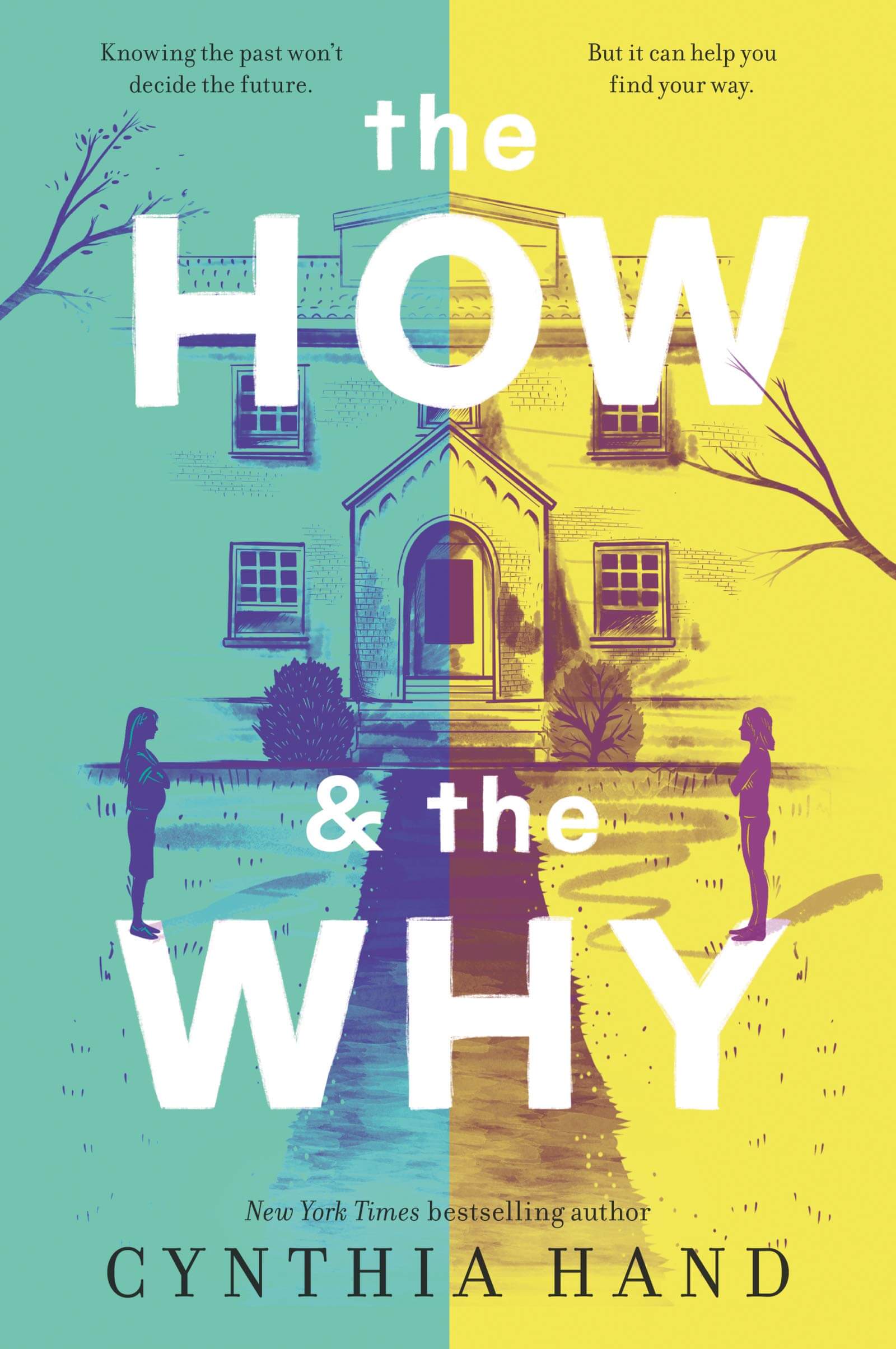 The How & the Why by Cynthia Hand

Cassandra McMurtrey has it all – loving parents, a great place to live, and everything she needs to feel safe in the world. But eighteen years ago, someone else had it all, including an unborn baby, and made a decision that would change the lives of all involved. As a pregnant teen, Cassandra’s birth mother knew she wanted to give her baby girl a better life, but she also wanted her to know about hers. As the novel travels between Cassandra’s perspective and the flashbacks of the teen mom with the heartfelt letters she penned during pregnancy, this emotional story flawlessly illustrates the pain of selflessness.