When princesses flee into the woods they often come out stronger than they imagined. It’s one of the reasons that the story of Snow White continues to be retold—that,  and the happily-ever-afters and evil queens. These retellings sprinkle in the familiars of Snow White while adding their own dark, mysterious, and utterly romantic twists and turns. Enjoy. 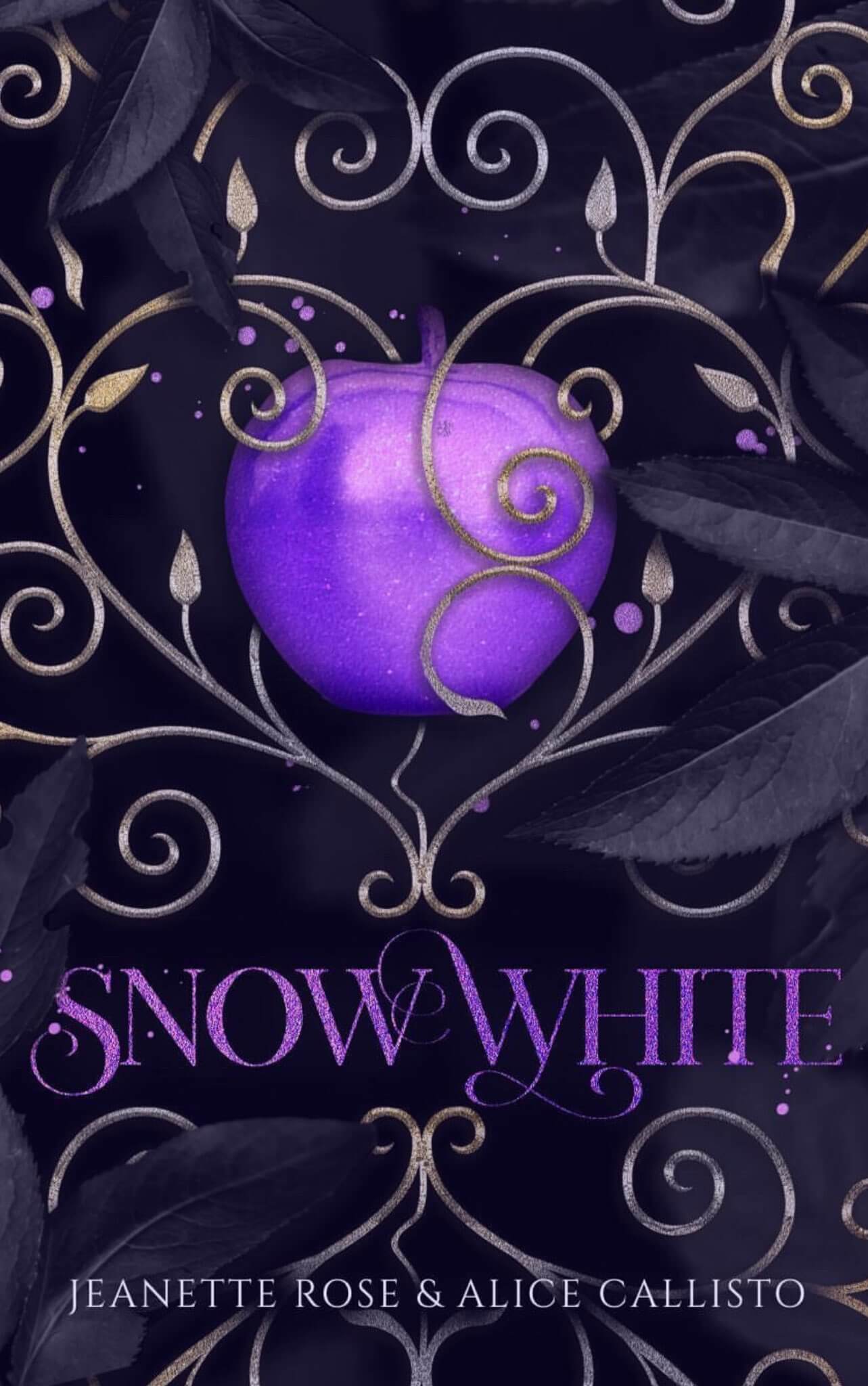 Azura and Snow White are two polar opposites that call to each other in this fairytale retelling. Snow is born as a vessel of the Ice Elemental, and because of this she’s kept locked away from others. Until one day, her father declares that he’ll have a ball to search for his wife, inviting every eligible lady and princess from the surrounding kingdoms. This brings Azura to her doors. Since she was a child, Azura has wanted to consolidate power. She practices Dark Magic, but in order to keep her magic constantly fueled she’ll need to marry a royal. In the end, will the soon-to-be evil queen be able to handle the ice cold touch of snow? 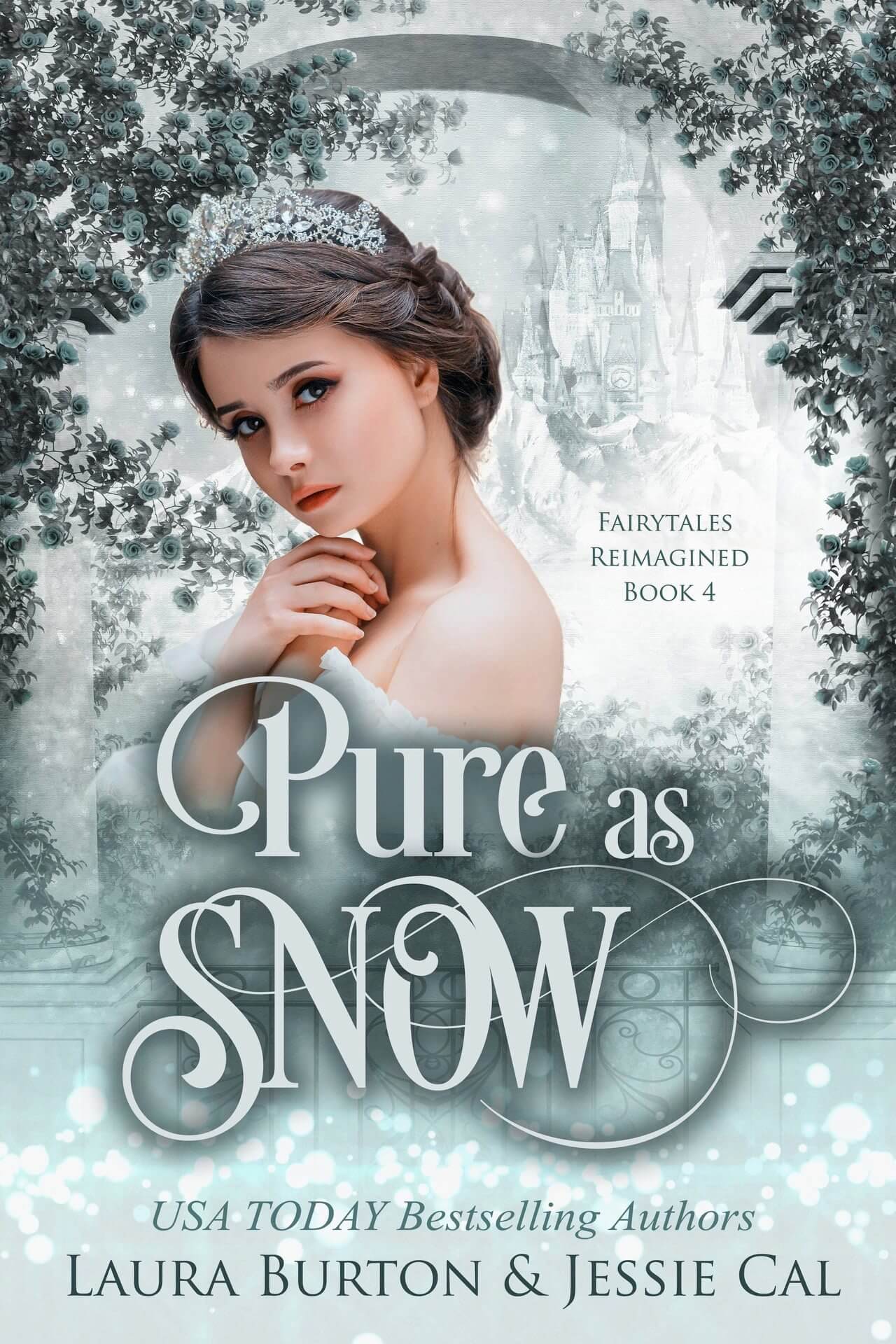 Pure as Snow by Laura Burton

The evil Snow Queen and her sister Princess Snow White are at odds. Wanting to hide from the past, Snow hides away in the village with dwarfs and her favorite owl, Roger. Her chance encounter with a huntsman named Emmett will cause her to come out from hiding, fall in love, and fight to restore the peace in the Chanted Kingdom. With the help of Emmett, Snow goes on a mission in search of the only person who can change the Evil Queen: Jack Frost. 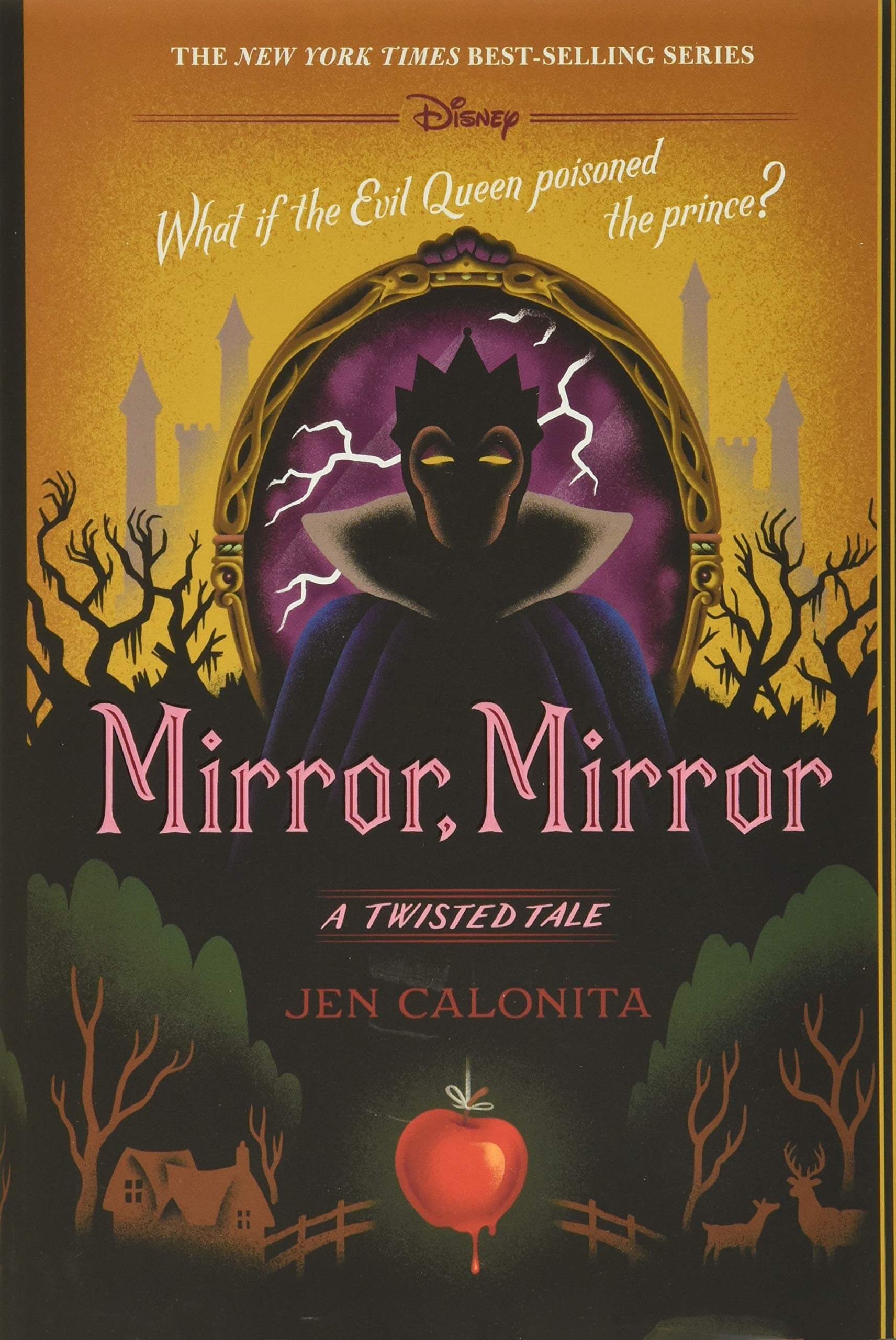 Young Snow is used to keeping her head down at the castle, trying to make the best of her situation—her parents are gone and the Evil Queen’s reign is terrifying. She’s meek and quiet until she discovers alarming information about her parents and the news that her death is on the horizon. With strength from a group of dwarfs and a kind prince, Snow embarks on a journey to save her own life and take down one queen in the process… what could go wrong? 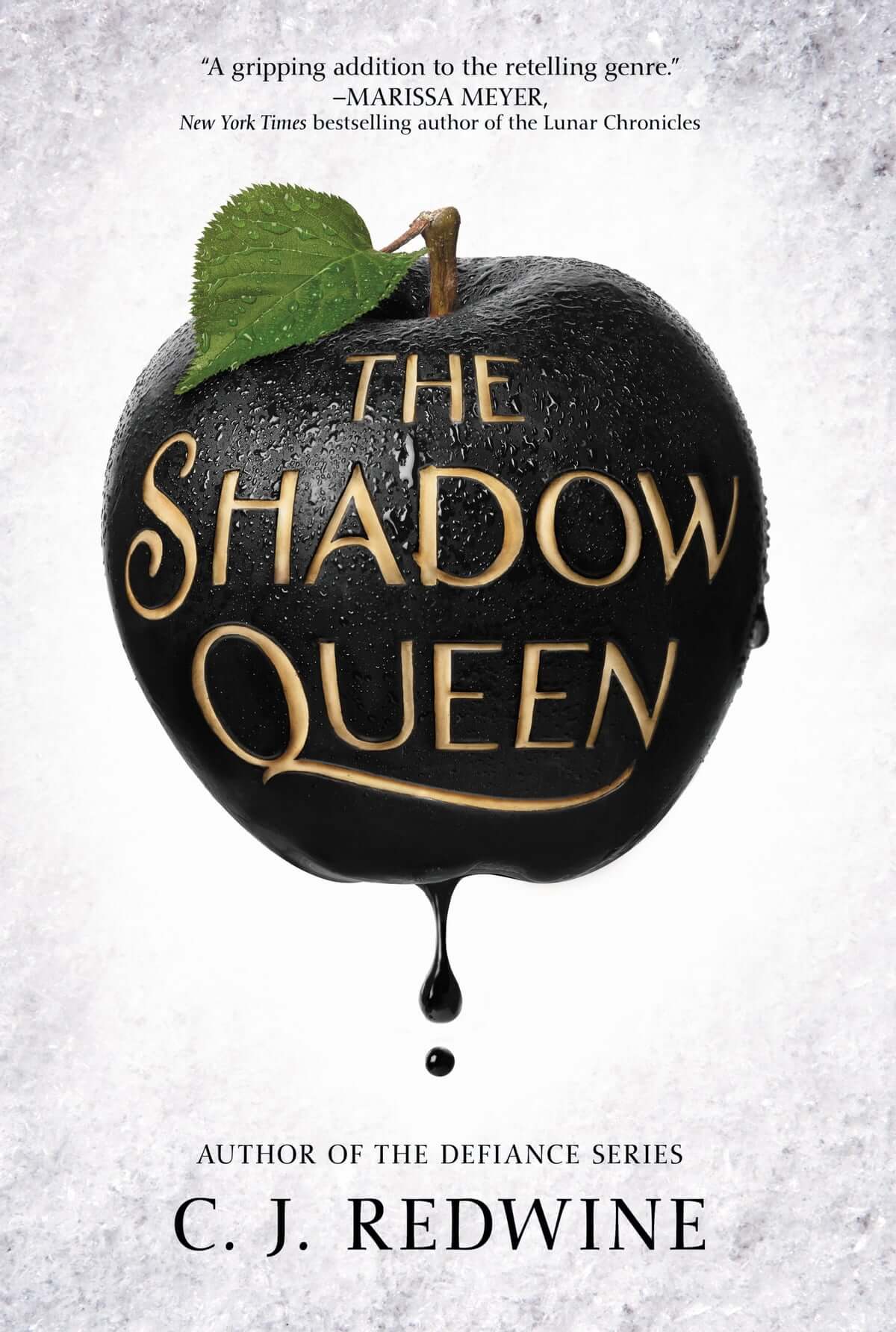 The Shadow Queen by C.J. Red-wine

Revenge is a dish best served cold, and who better to serve it up than Lorelai Diederich, the crown princess and fugitive of her kingdom? Her father was murdered at the hands of the newly wicked Queen Irina of Ravenspire, leaving Lorelai devastated and in search of magic, the one weapon that can put an end to the wickedness of Irina. Nearby in the kingdom of Eldr, Prince Kol is dealing with the familiar and similar loss of his father and brother. When he too goes in search of magic, he’ll make a deal with the evil Irina to become her huntsman and rip the heart of Lorelai directly from her chest. Only, once he meets her, Kol will steal her heart—just not in the way the dark Queen of Ravenspire imagined. 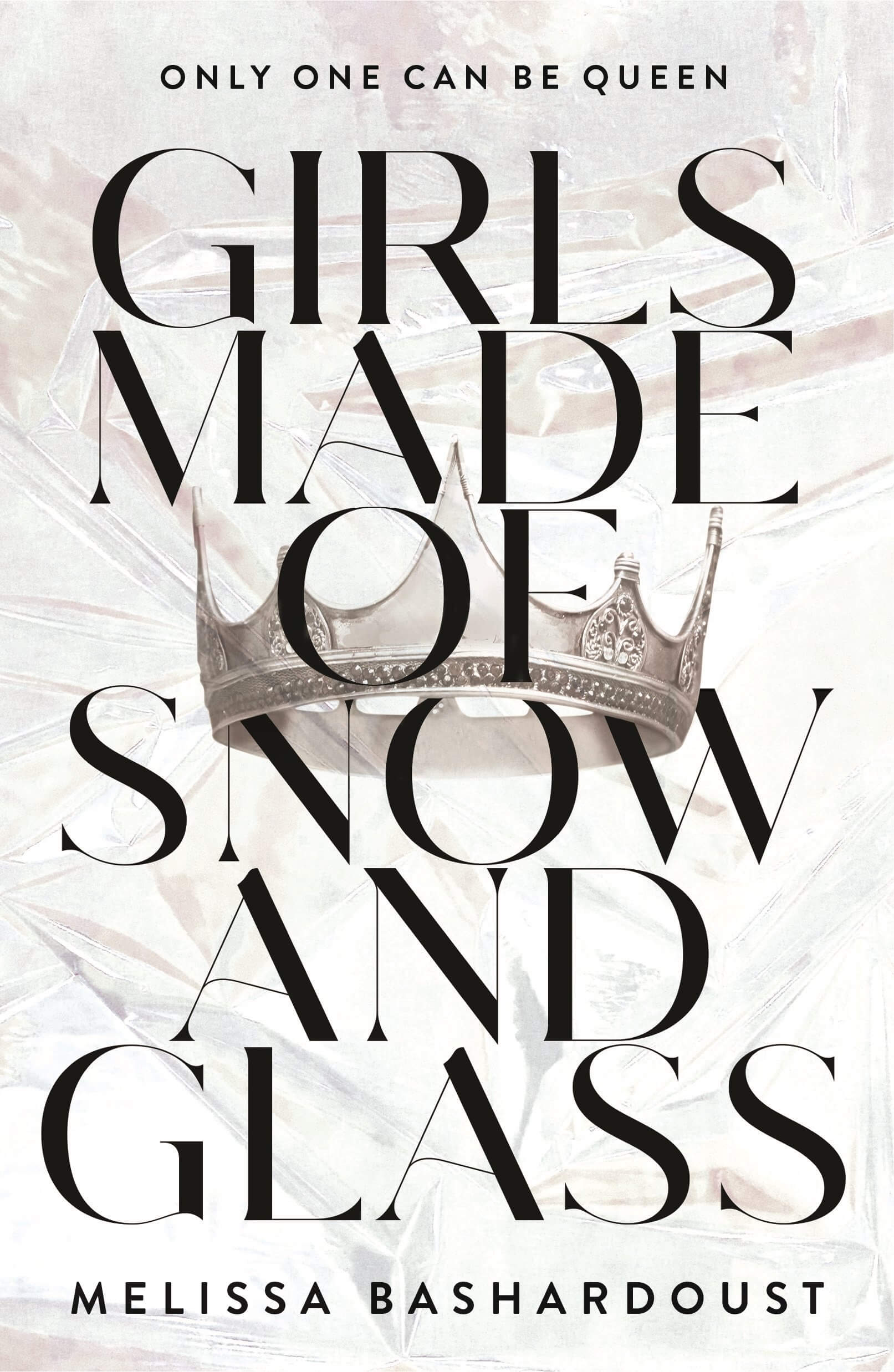 Girls Made of Snow and Glass by Melissa Bashardoust

Growing up, Mina assumed it was natural to have a heart that doesn’t beat. The sixteen-year-old’s father is a vicious magician who, unbeknownst to her, replaced her heart with one made of glass. Fifteen-year-old Lynet is in a similar situation, her father using magic to form her out of snow, using the late queen’s image as a guide. The moment Mina moves to Whitespring Castle and sees its king, she deploys a plan to become the new queen and Lynet’s stepmother. Trying to be like her new stepmother, Mina, Lynet ultimately takes the queen’s place running the southern territories, at her father’s request. Only this act sours Mina, filling her with hatred for Lynet. And her next move will pull them into a dark game amongst queens: mother versus daughter. 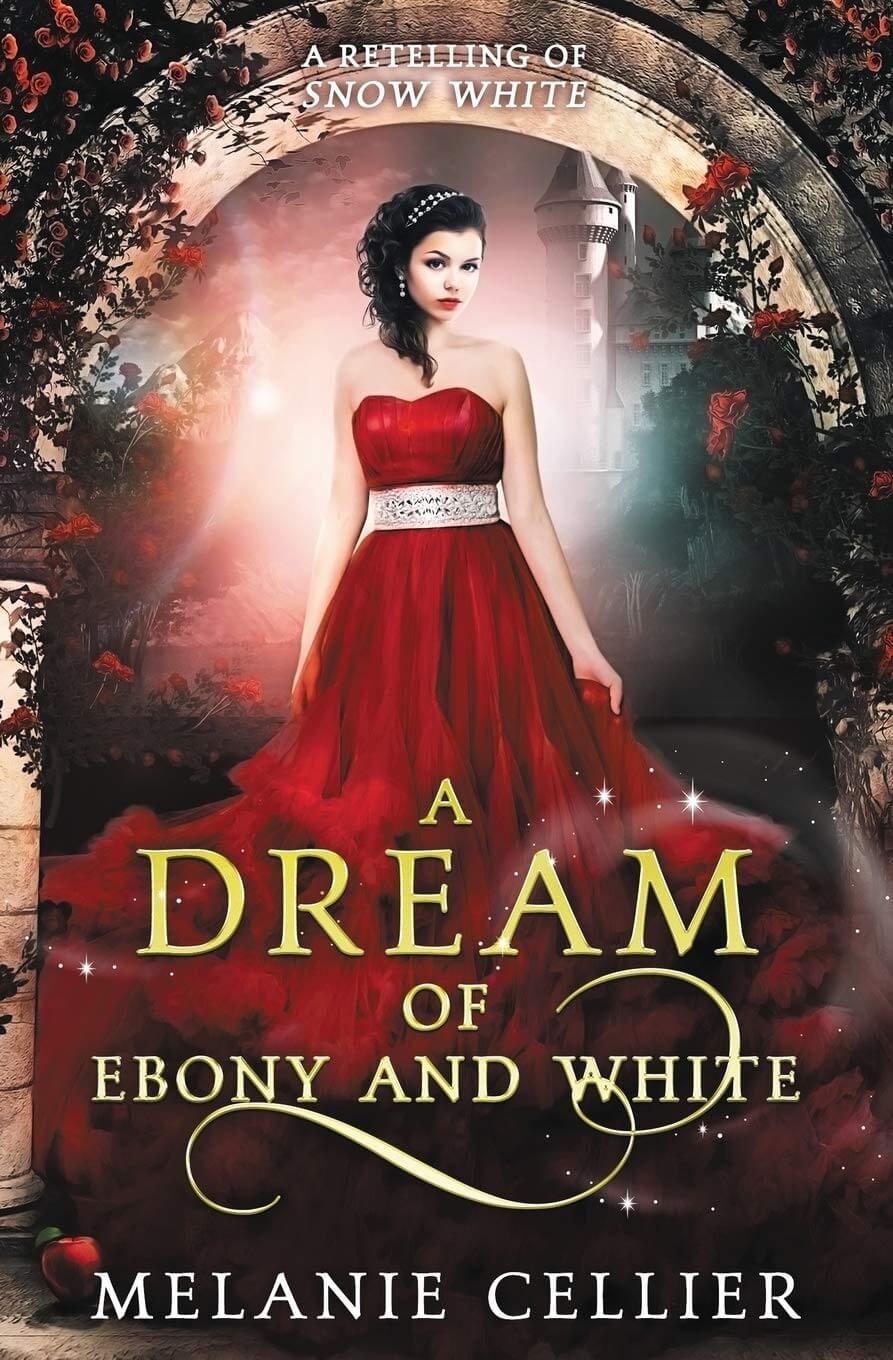 A Dream of Ebony and White by Melanie Cellier

Snow has only known her stepmother to be cruel. Luckily she has Alexander, the huntsman, and her beloved father to make life easy. The death of her father turns Snow’s life upside down, forcing her to flee for her life with no skills or whereabouts on how to live outside of the kingdom. But will running do her any good when the kingdom she loves and grew up in is on the brink of destruction under a deadly queen? Alex can help her, but can she first overcome the insecure enemy inside of her before she takes on the hardest fight of her life? 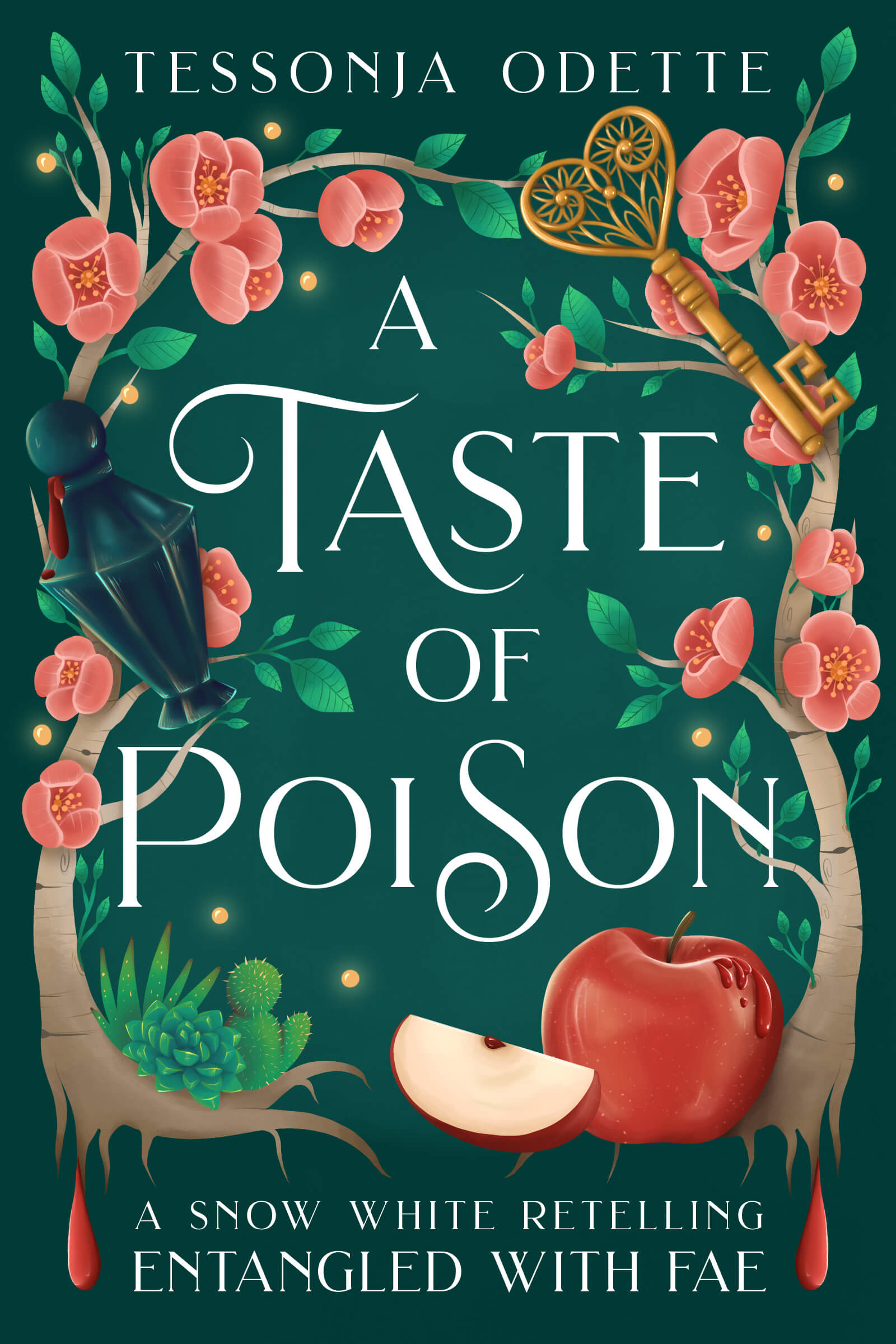 A Taste of Poison by Tessonja Odette

With the magic to bring out one’s worst qualities, Astrid Snow, a half-fae, is used to not being liked by others. What she’s not used to is being accused of murdering her father and fleeing for her life at the Seven Sins Hotel. The monstrous Spring Queen is on her neck, and she’ll do anything to have Astrid’s heart—including hiring a bear shifter huntsman, Torben Davenport,  to cut it out. Ready to fight back, Astrid prepares for it all, except admitting that she finds the huntsman attractive or that she likes playing this sinful game of cat and mouse. 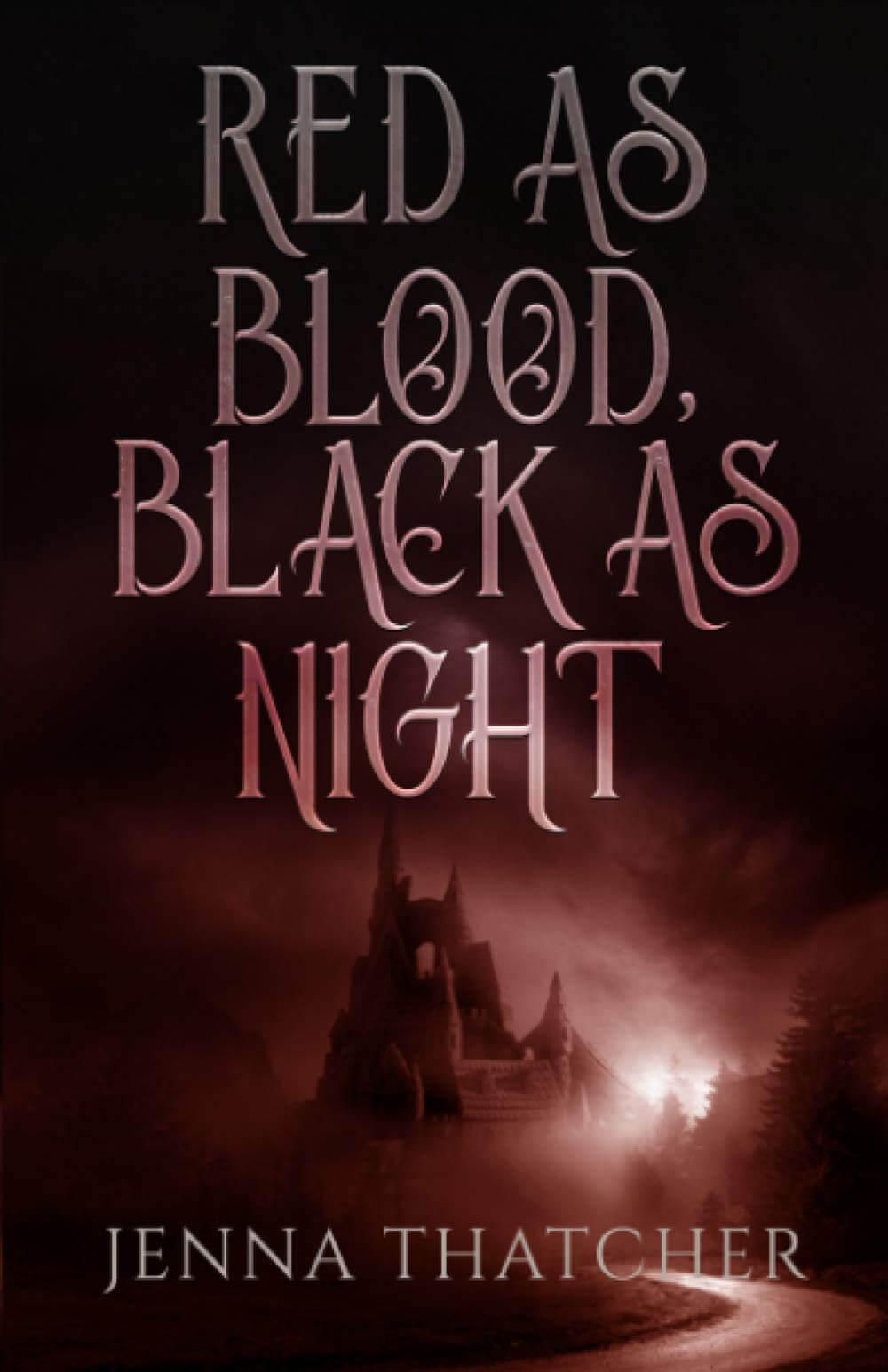 Red As Blood, Black As Night by Jenna Thatcher

This dark retelling of Snow White finds our exiled princess strong, brave, and skillfully determined to save her kingdom before it crumbles underneath the iron rule of a heinous queen. With unlikely allies, a cursed man who gives up his life, and a creature in the dark forest that kills without ceasing, Snow will head into an unsure fate. She just has to make it long enough to end an evil reign and reclaim what is rightfully hers. 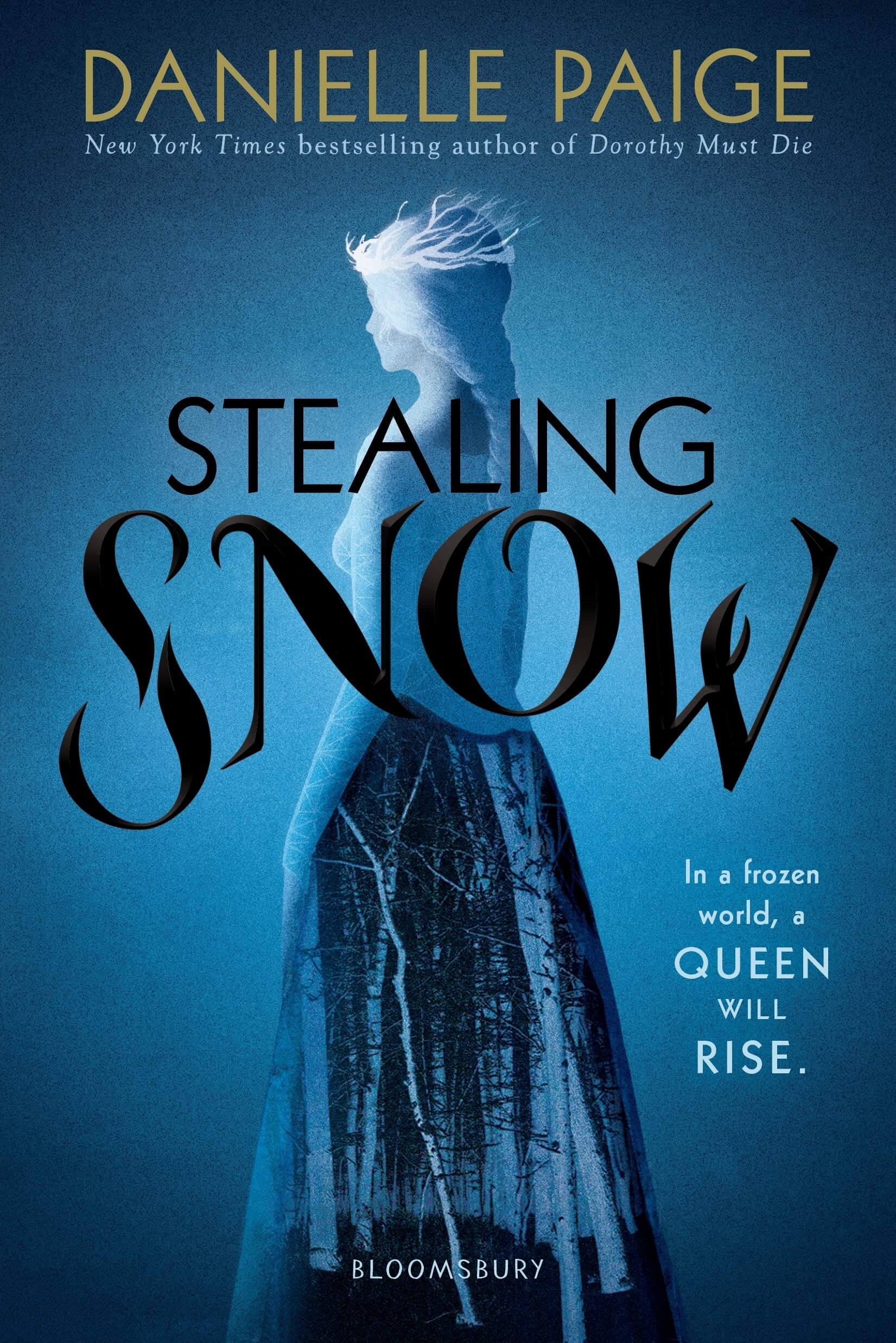 Locked in Whittaker Psychiatric, Snow knows she isn’t a nut, even though she’s been in a psych ward for seventeen years. To make matters worse, her first kiss and only love, Bale, is forced out after a violent attack. With little to no hope left, Snow clings to an unusual new orderly who tells stories of her kingdom with whispered promises that she could take it back. If she can escape to the mysterious tree she’s been seeing in her dreams, she can find the key to saving her future and the land of Algid. 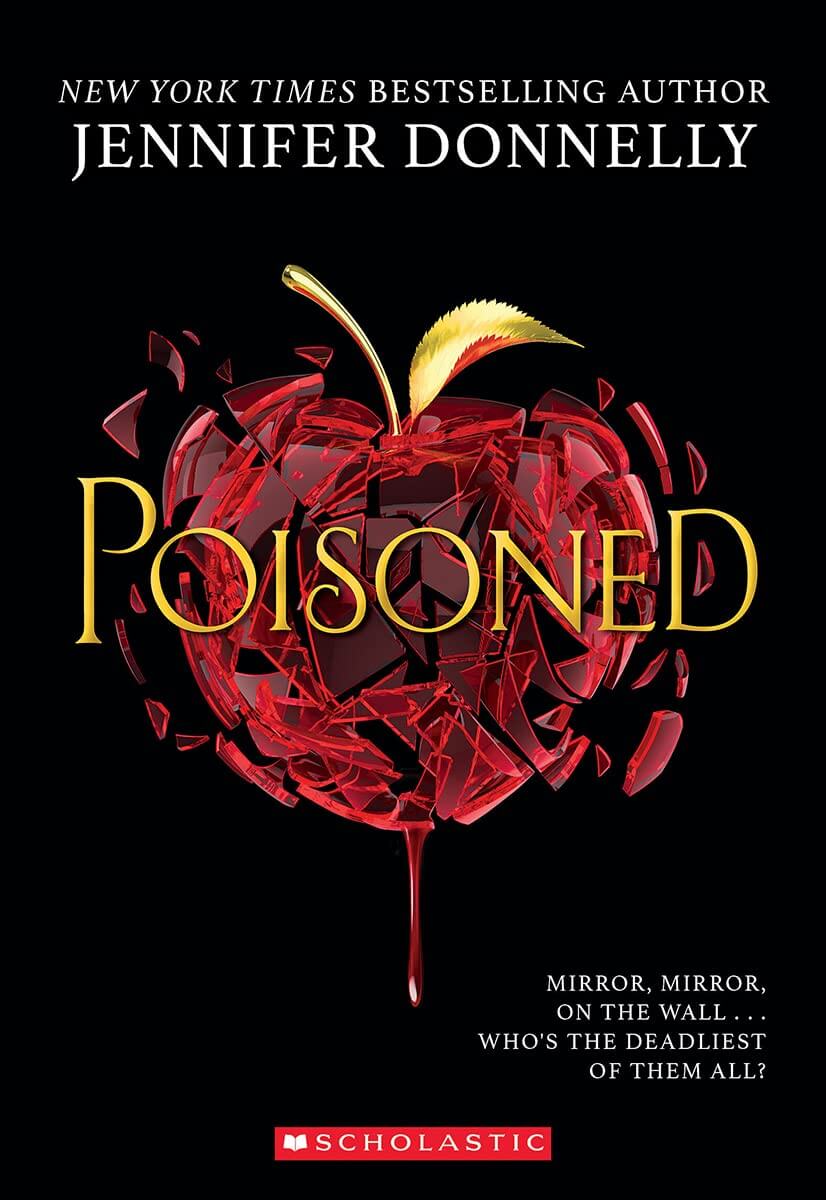 Sophie never realized how innocent she was until the huntsman ripped out her heart. She’d followed him into the forest even though she’d heard the rumors of the people who thought she was a waste of a princess that couldn’t rule anyone. The worst part of it all was that she believed the poisonous words of the people. If she didn’t believe in herself, no one would. With the help of seven strangers, she’s able to survive and gain the strength she needs to stop the jealous queen. But could there be something more darker lurking in the forest?