Every year thousands of our readers vote for their favorite books of the year in the She Reads Best of 2021 Awards. Find out more about the books that were nominated and see which book was voted the Best Contemporary Fiction Book of 2021. 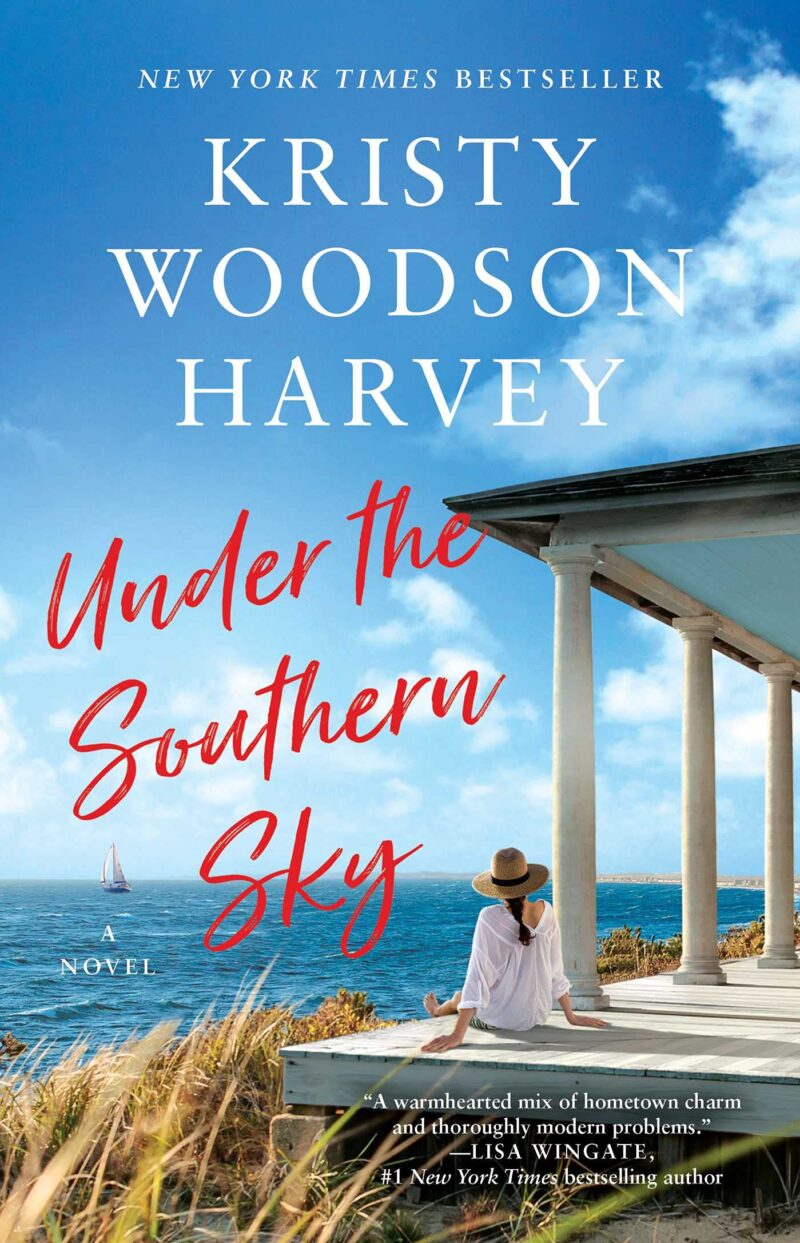 Under the Southern Sky by Kristy Woodson Harvey

Amelia is a journalist who uncovers the biggest story of her career: she discovers that a cluster of embryos belonging to her childhood friend Parker and his late wife Greer have been deemed “abandoned,” and is put in a position to tell Parker. Parker is unable to move forward since his wife’s death, but knows he’ll need to accept his fate as a single father and find a surrogate. Amelia and Parker decide to go back to their childhood home in Cape Carolina and spend some time by the water and go through a self-journey of love, friendship and family.

The nominees for Contemporary Fiction of 2021 are: 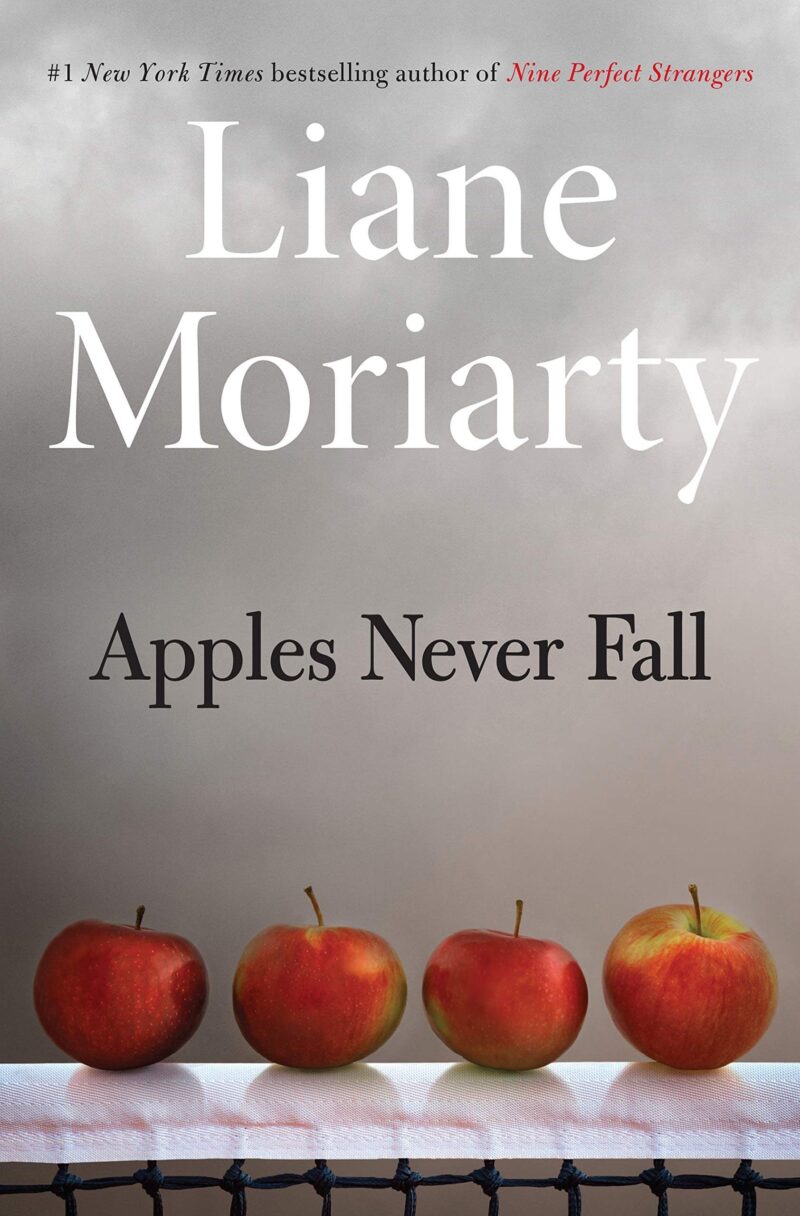 If your mother was missing, would you tell the police? Even if the most obvious suspect was your father? This is the dilemma facing the four grown Delaney siblings. #1 New York Times bestselling author Liane Moriarty is back with a novel that looks at marriage, sibling rivalry, and the lies we tell others and ourselves. Funny, sad, astute, occasionally creepy, and slyly irresistible. 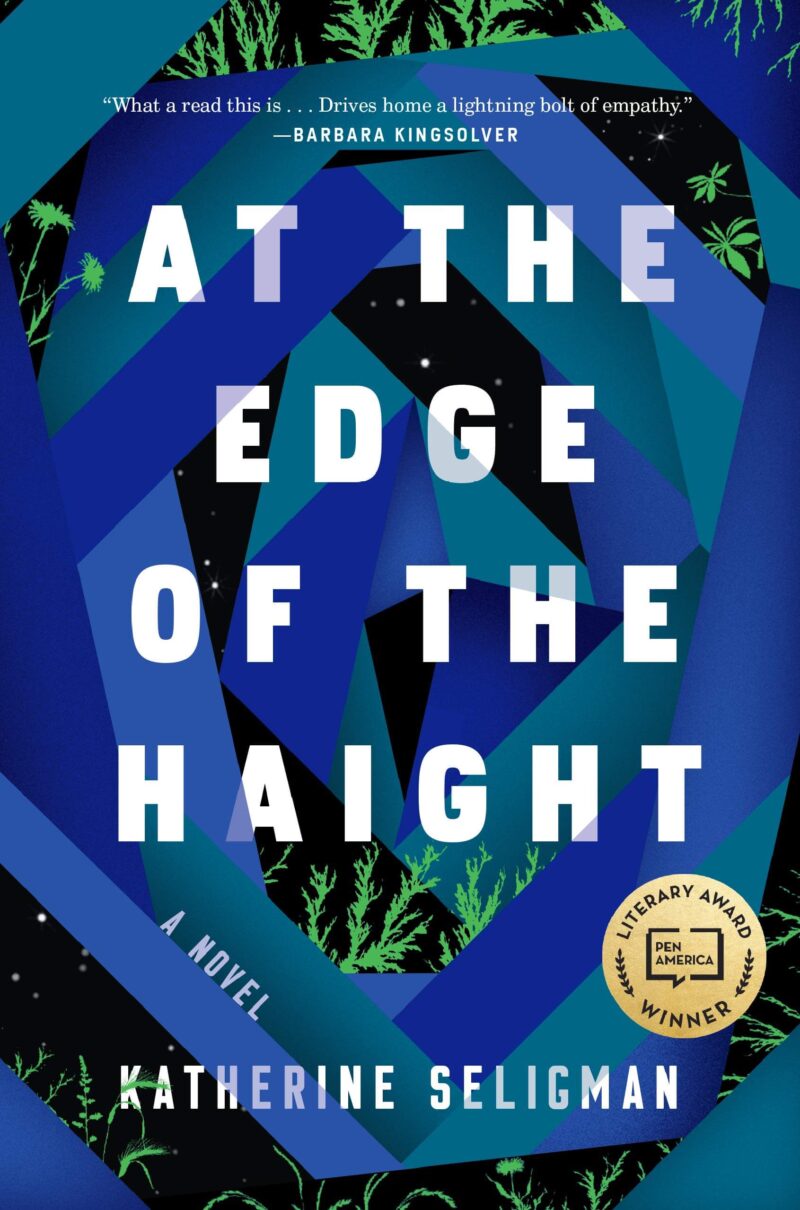 At the Edge of the Haight by Katherine Seligman

Maddy Donaldo is homeless at twenty, lives with her dog and makeshift family in the hidden spaces of San Francisco’s Golden Gate Park. When she witnesses a murder, not only does she have to face the killer but also the victim’s family. They become determined to reunite her with her long-lost family. But what makes a family? 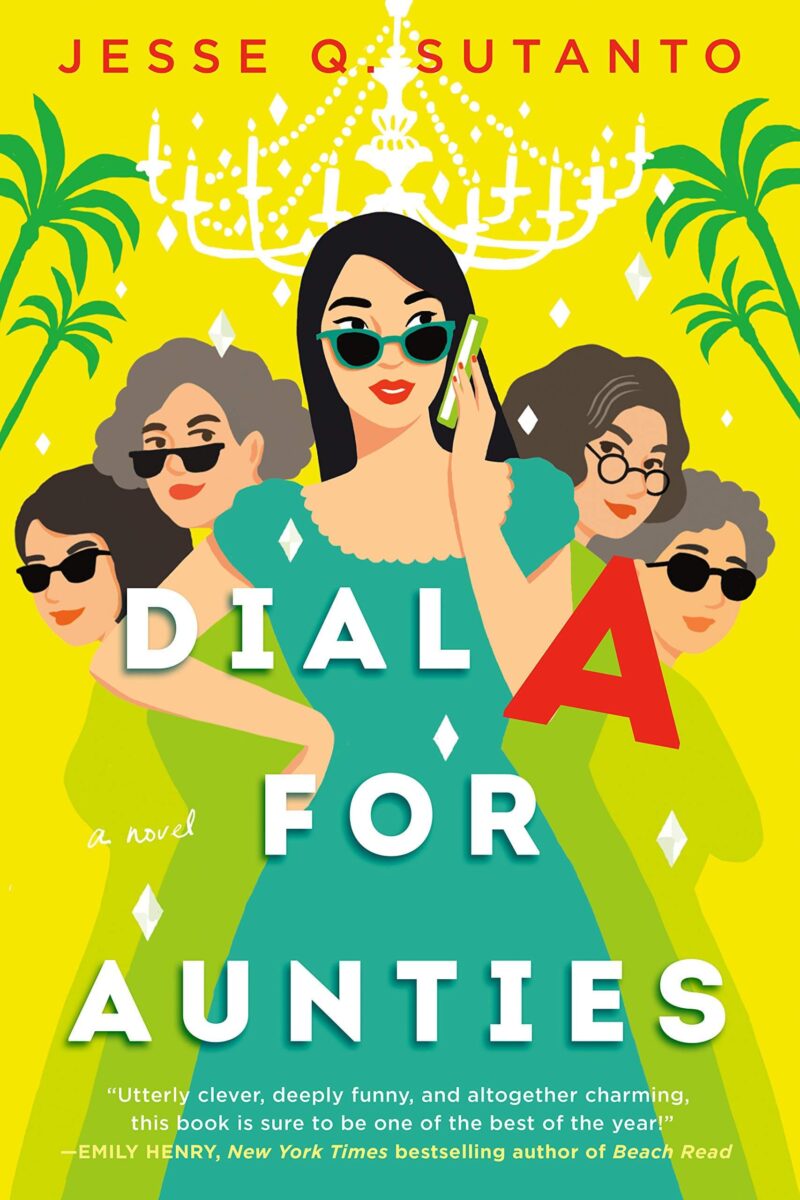 Meddelin Chan is in hot water when she unintentionally kills her blind date. Unsure what to do, she turns to her mom who then gets her aunts on board to help. They concoct a plan to get rid of the evidence, but things go awry when the cake cooler containing the body gets shipped to a wedding that her family is catering to. With this being one of the biggest jobs the family has had yet, the Chans are determined to make it through the day, dead or alive. 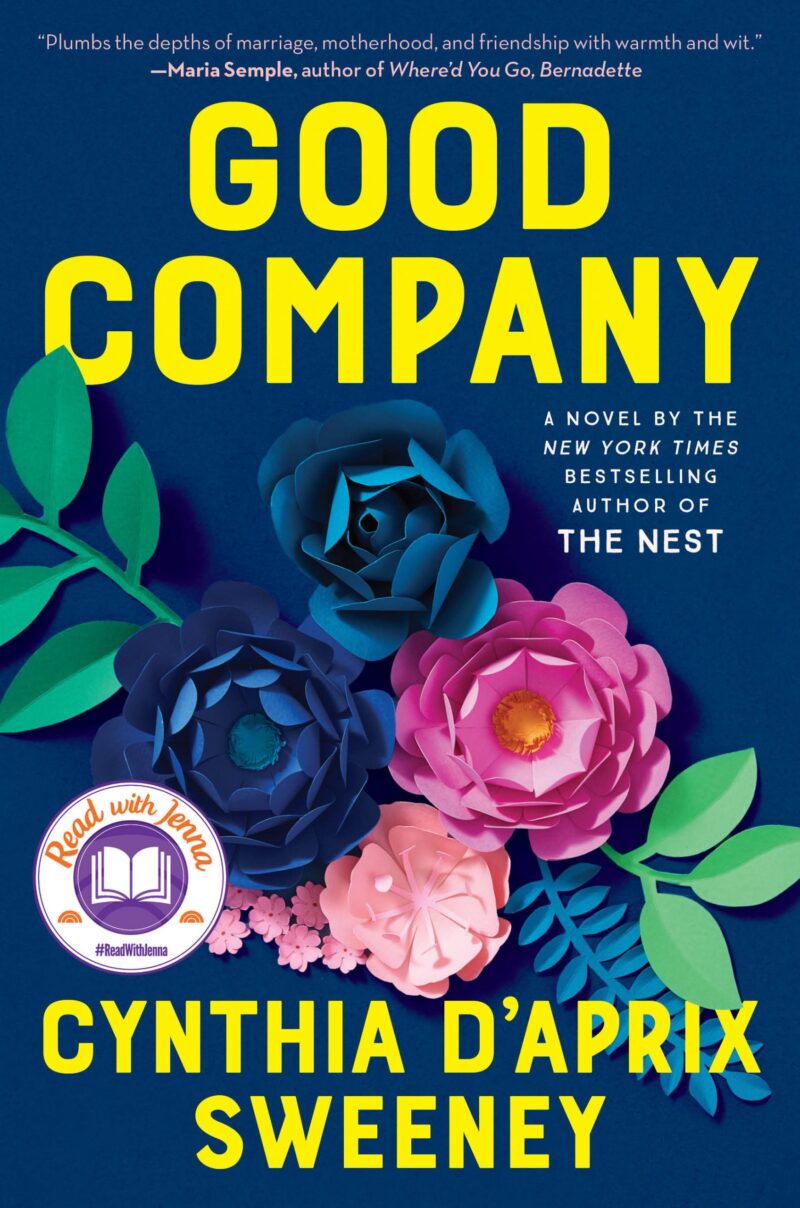 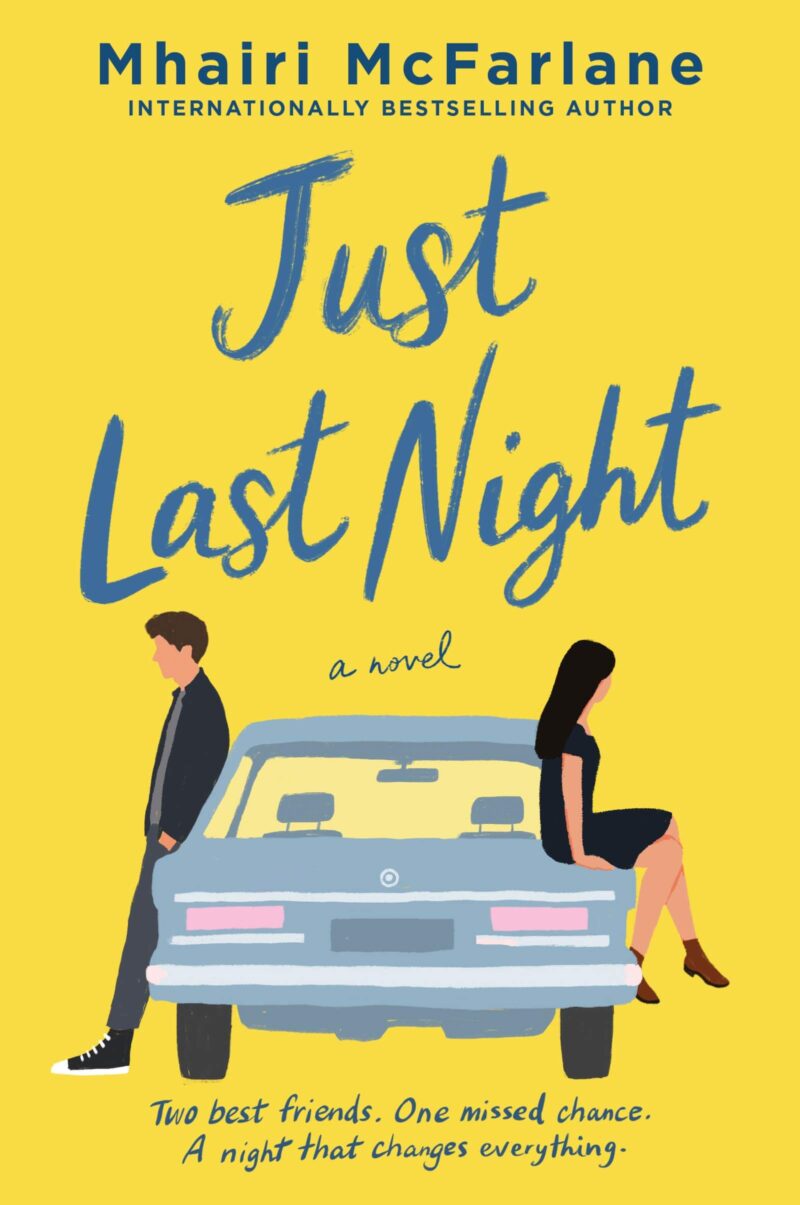 Eve is in love with Ed. They’re best friends and there has always been a “what if”, but in the aftermath of a single instant, Eve’s world is turned upside down. secrets are revealed, she begins to wonder if she really knew her friends as well as she thought. And when someone from the past comes back into her life, Eve’s future veers in a surprising new direction. What if her true love story happened just last night? 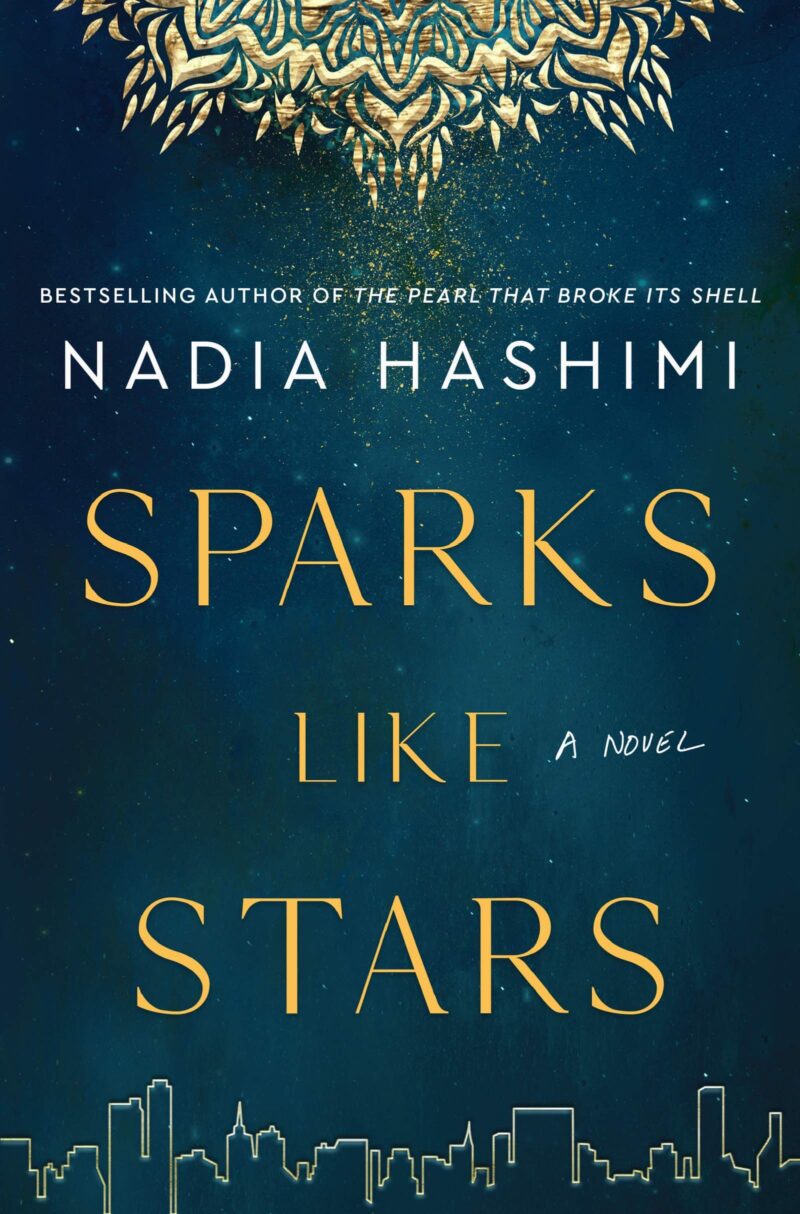 Sitara’s world is shattered when communists stage a coup, assassinating the president and Sitara’s entire family. Only she survives. Smuggled out of the palace she found way to the home of a female American diplomat, who adopts her and raises her in America under a whole new identity ad growing up to be a renowned surgeon. Thirty years later, her world is rocked again when an elderly patient appears in her examination room—a man she never expected to see again. It is Shair, the soldier who saved her, yet may have murdered her entire family. 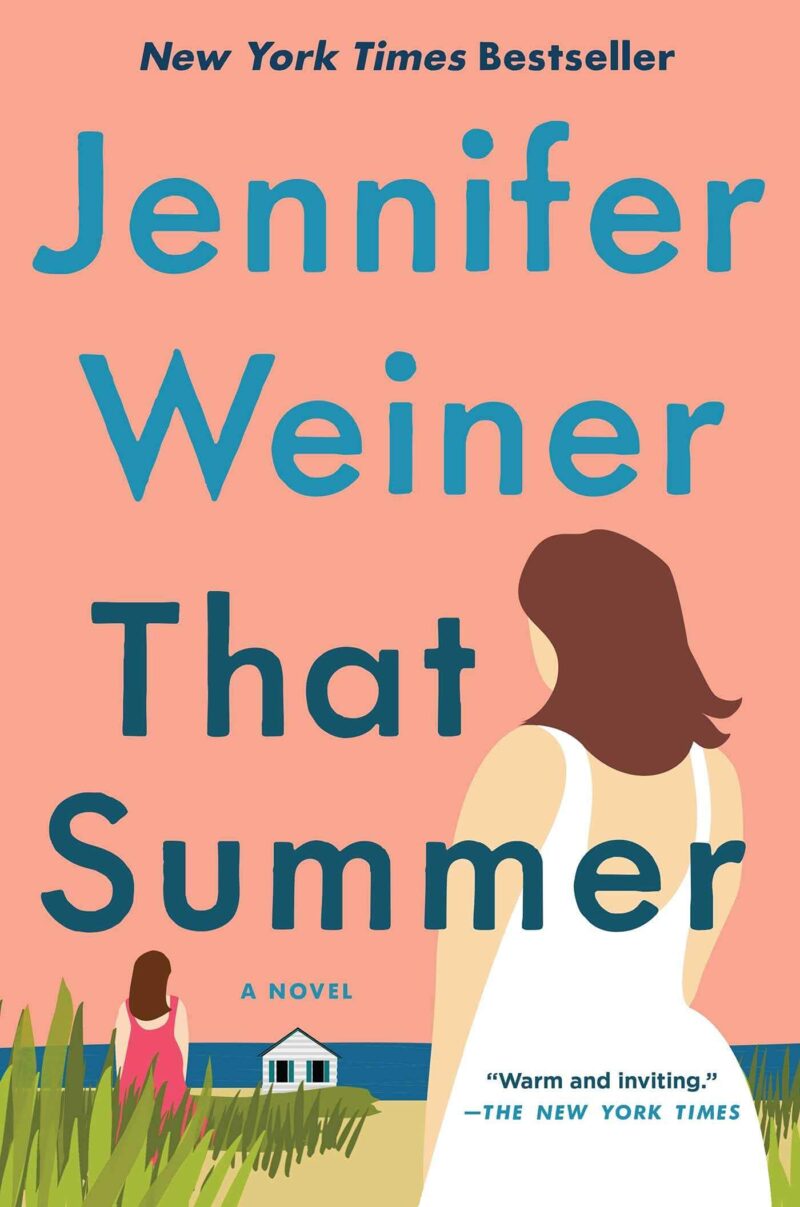 That Summer by Jennifer Weiner

Daisy doesn’t know Diana, but she wishes she was her. Daisy has everything in her life to be content, but she’s still dissatisfied. When she starts receiving emails meant for Diana, one thing leads to another, an apology leads to an invitation, and the two women meet and become friends. But, as they get closer, we learn that their connection was not completely accidental. 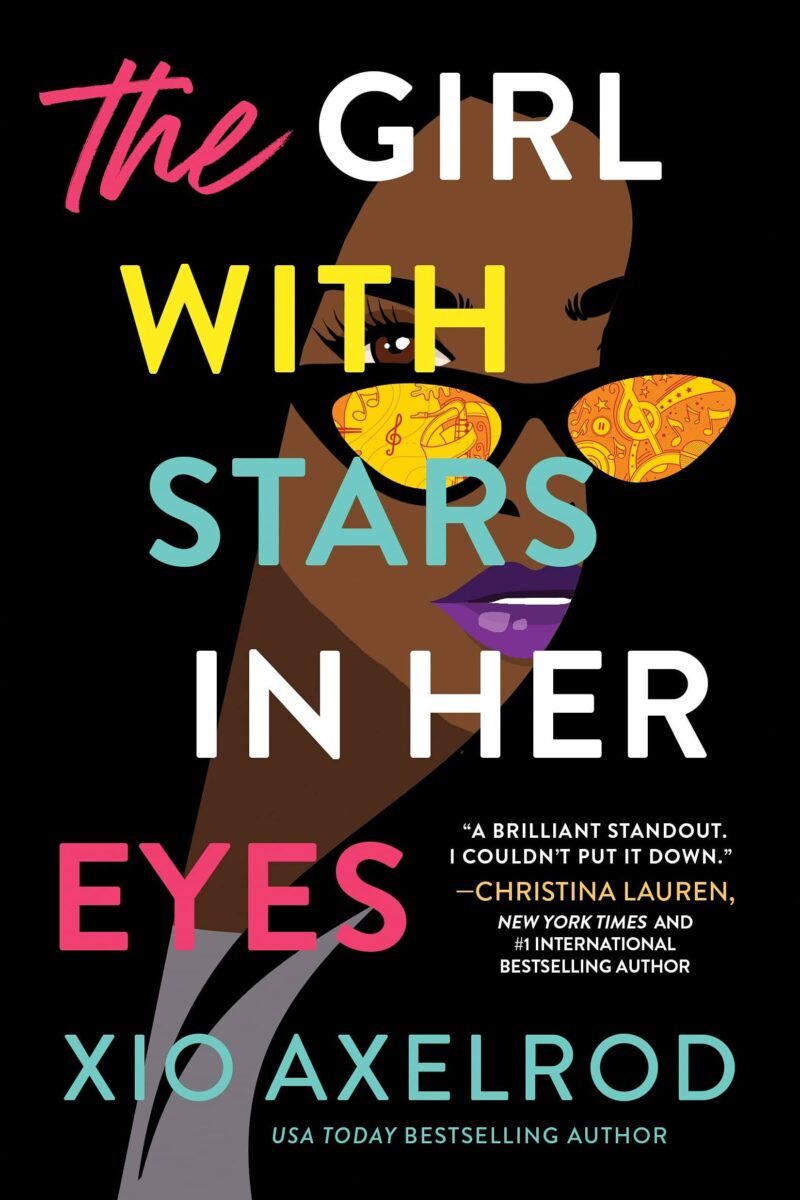 The Girl with Stars in Her Eyes by Xio Axelrod

Toni Bennette’s guitar was her only companion…until she met Sebastian Quick. Seb was a little older, a lot wiser, and before long he was Toni’s way out, promising they’d escape their stifling small town together. Then Seb turned eighteen and split without looking back. When all-grown-up Toni B. tries out for a new upcoming band, everything seems perfect, except for the fact that Seb is her new manager and hold the key to her future … and her heart. 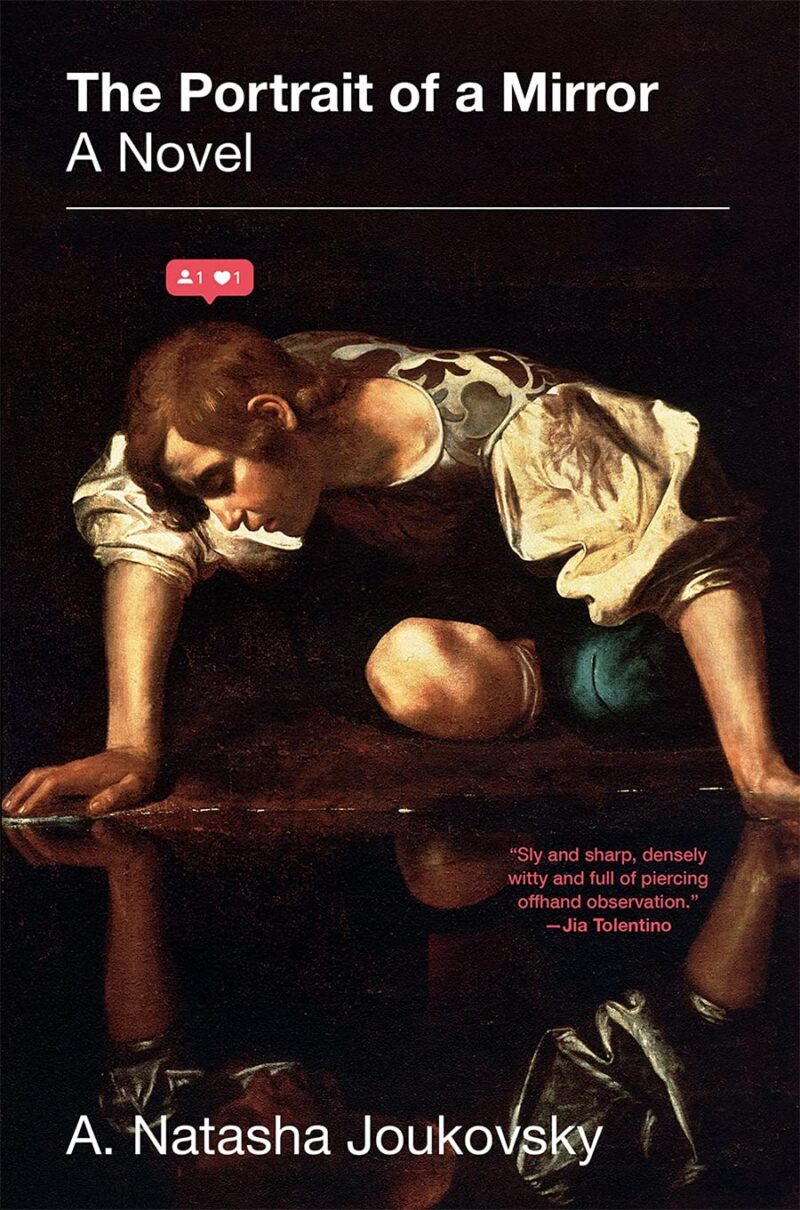 The Portrait of a Mirror by A. Natasha Joukovsky

Two well-off couples’ lives intertwine in this hilarious reinvention of the myth of Narcissus. Wes and Diana are the privileged couple you may not care too much about but want in your arsenal, while Vivien and Dale have a carefully curated life. The couples’ lives cross one summer and they’re all too immersed in the desire to know what they want. 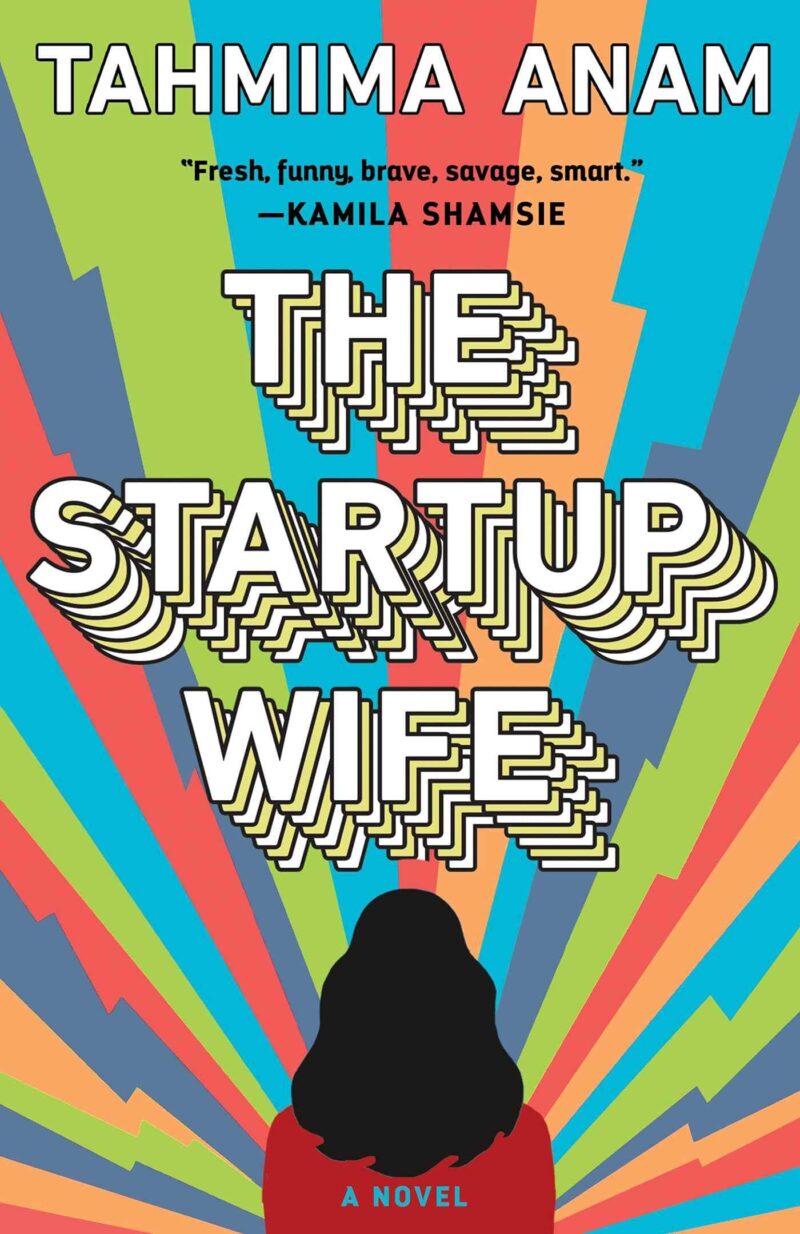 The Startup Wife by Tahmima Anam

As a talented coder, Asha Ray is set to revolutionize artificial intelligence with the help of her high school crush Cyrus. With the two of them together, she comes up with a new algorithm, which leads to her dropping out of her Ph.D. program, marrying Cyrus, and starting work at Utopia, an exclusive tech incubator. She’s being overshadowed by the man everyone is now calling the new messiah. 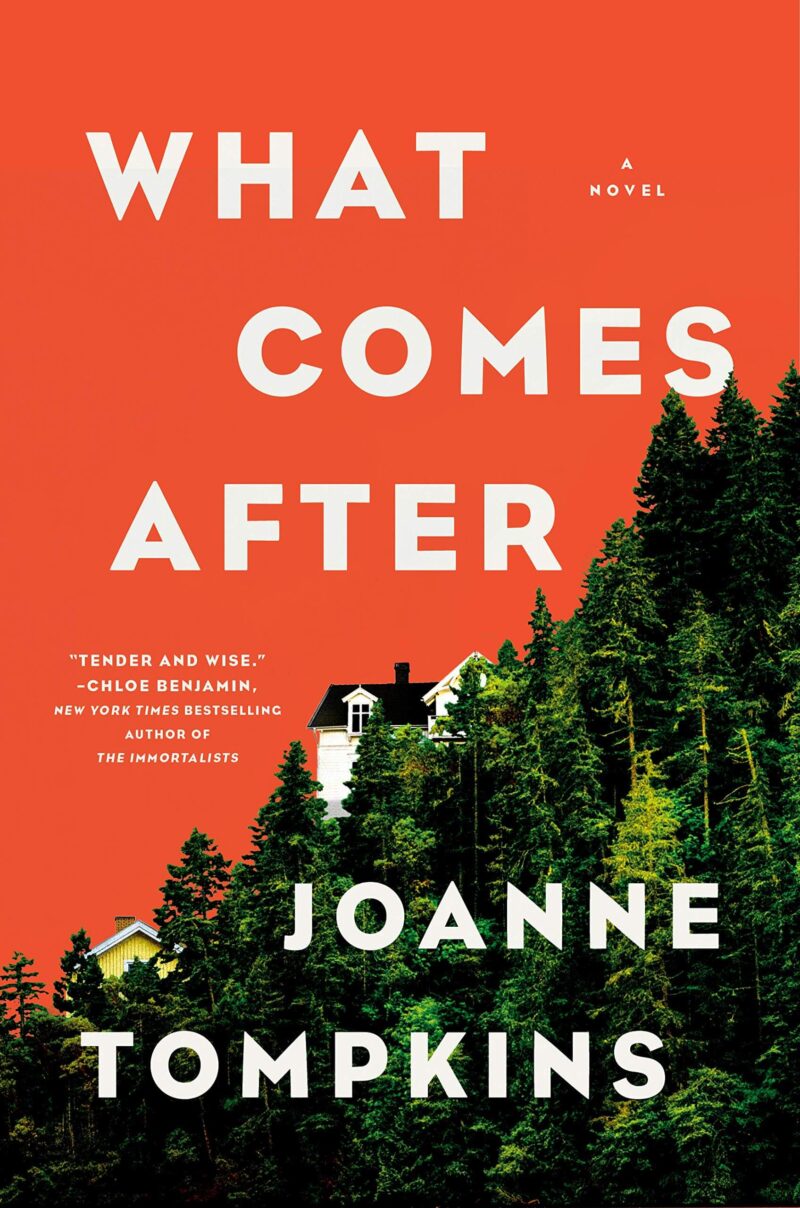 What Comes After by JoAnne Tompkins

Evangeline’s arrival at first feels like a blessing, but she is also clearly hiding something. When Isaac, who is grieving the death of his teenage son, finds that he is not equipped to handle her alone, the next-door neighbor steps in. Lorrie has her own past, but forges her own relationship with Evangeline. Soon all three characters are forced to examine what really happened in their overlapping pasts, and what it all possibly means for a shared future.