Every year thousands of our readers vote for their favorite books of the year in the She Reads Best of 2021 Awards. Find out more about the books that were nominated and see which book was voted the Best Debut of 2021. 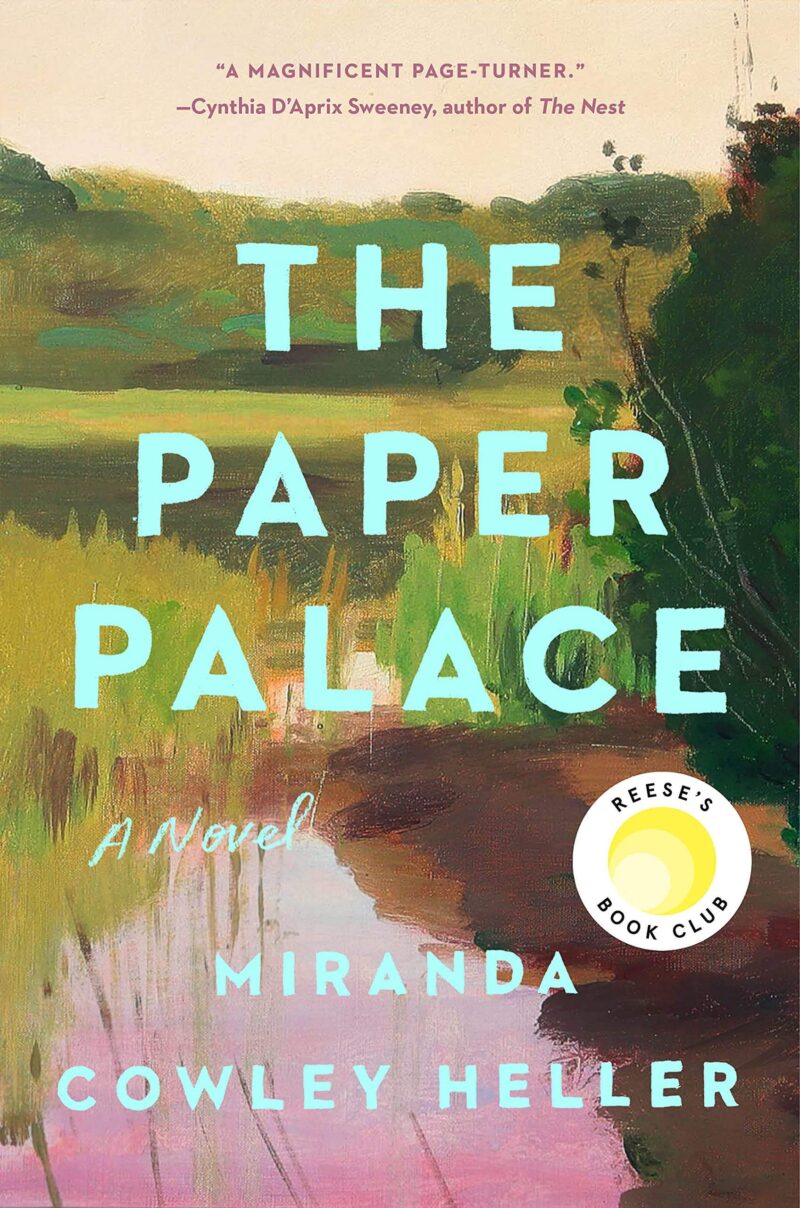 Ever since she was a child, Elle has spent her summers at “The Paper Palace.” Now the time has come for fifty-year-old Elle to spend the summer with her three children and beloved husband, Peter, at her beloved destination. However, after a steamy night with her childhood love, Jonas, without either of their spouses knowing, everything starts to fall apart. During the next twenty-four hours, Elle must choose between the life she made with Peter or the life she dreamed about with Jonas before a tragic event forever changed the course of their lives.

The nominees for Best Debut of 2021 are: 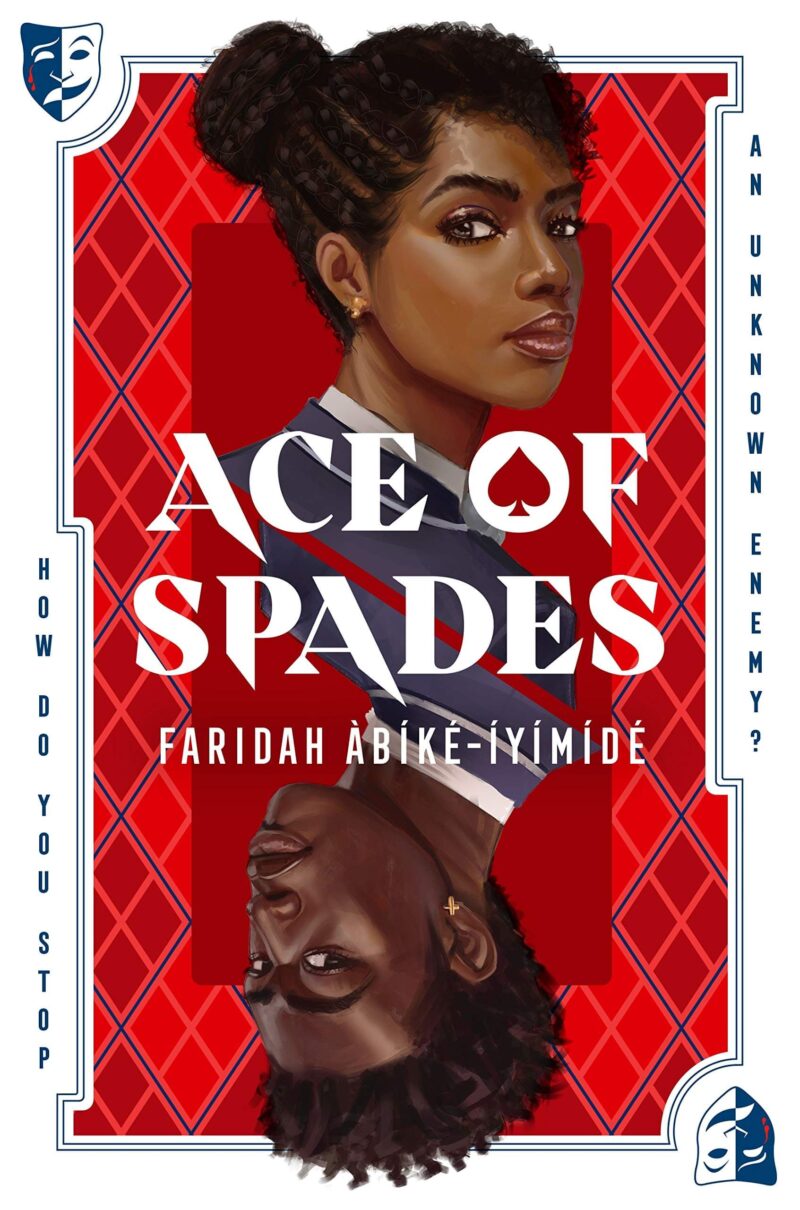 Ace of Spades by Faridah Àbíké-íyímídé

The school year is starting off great for Devon and Chiamaka when they are selected to be part of their elite school’s senior class prefects. But after the announcement has been made, the two students’ lives take a turn for the worse when an anonymous person named Aces begins to reveal their deepest and darkest secrets. Thrilling and fast-paced, Faridah’s debut novel will have you wanting more and more. 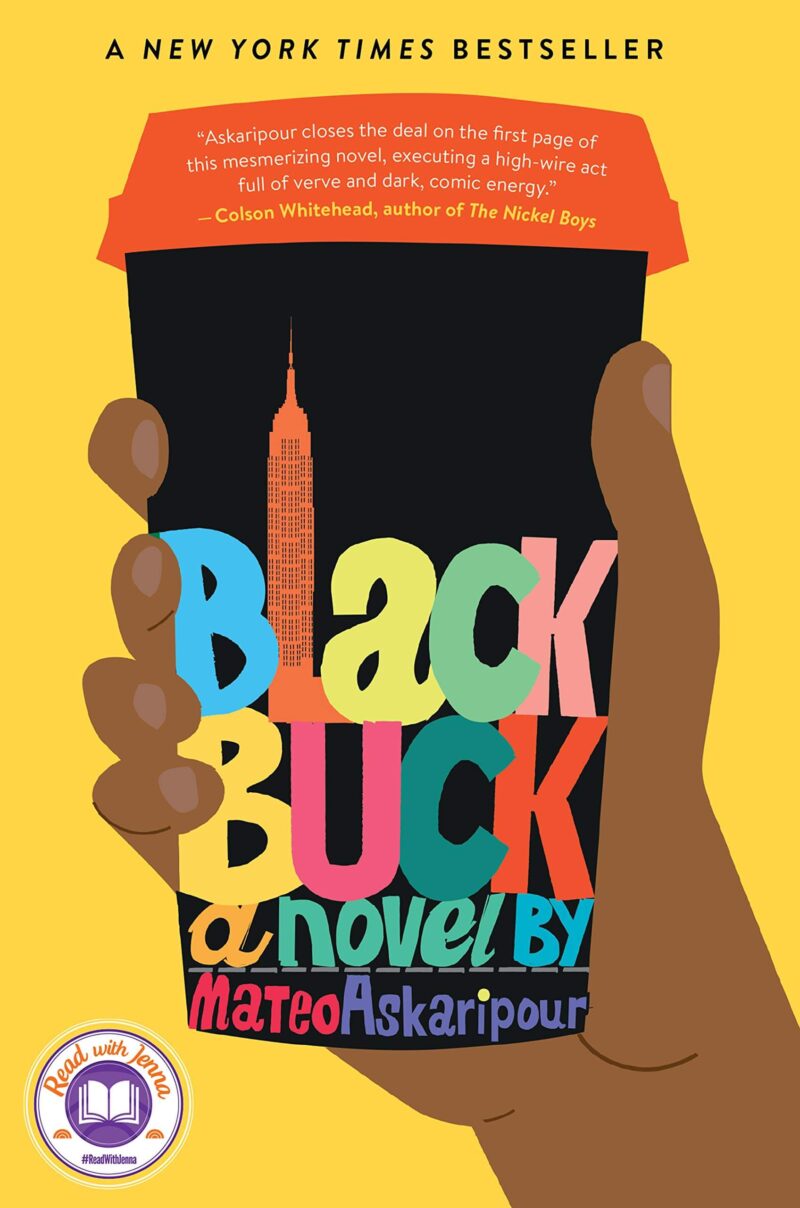 Not only new to the scene, but also a new and fresh vision of the American dream, twenty-two-year-old Darren is perfectly content working at Starbucks, hanging out with his girlfriend, and getting three square meals a day on his mom’s dime. But when Darren meets Rhett Daniels, CEO of New York’s latest startup, he reinvents himself as Buck – the only Black salesperson in the company. His alter-ego is on a mission to inspire people of color to join the sales force and live up to their full potential. This story will have you laughing and crying, but most importantly, leave you feeling inspired. 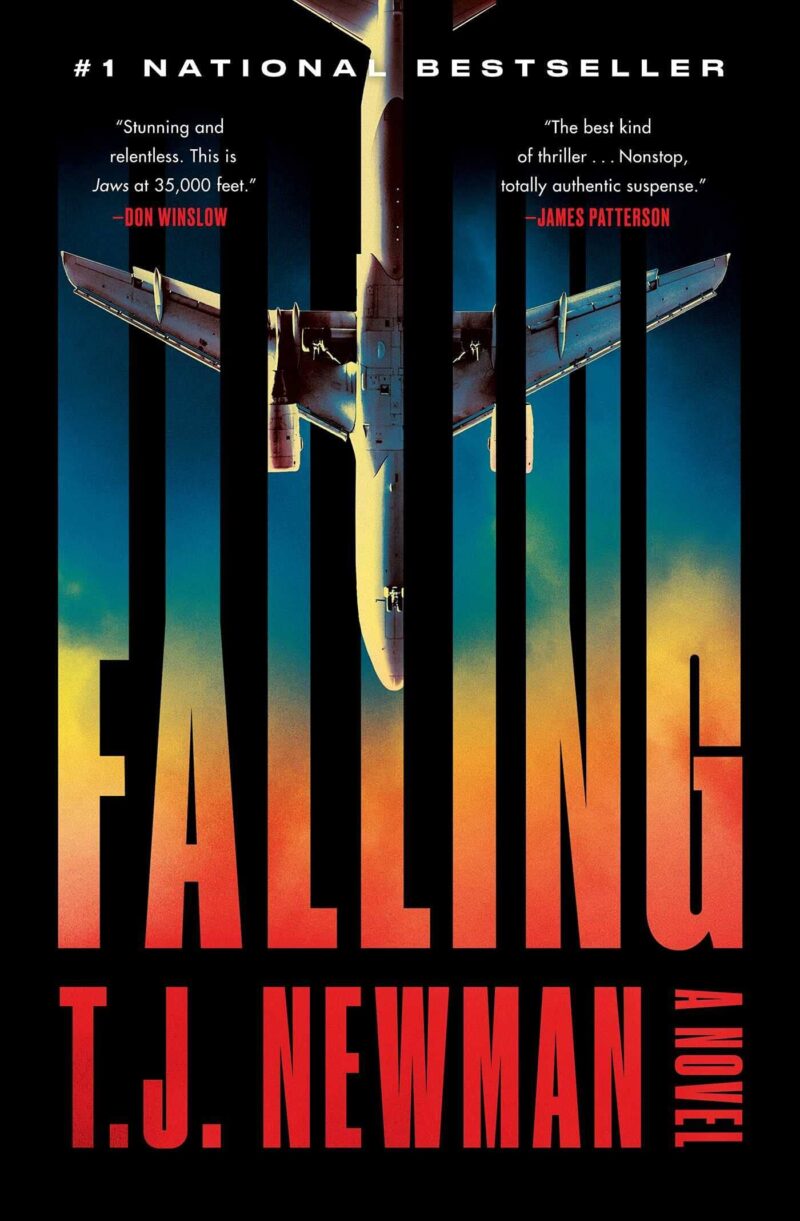 Thirty minutes before a plane carrying over one hundred passengers is set to take off, the pilot receives a disturbing message. His family has been kidnapped and the only way they will survive is if the pilot crashes the plane. A chilling debut of choices and unexpected turbulence. 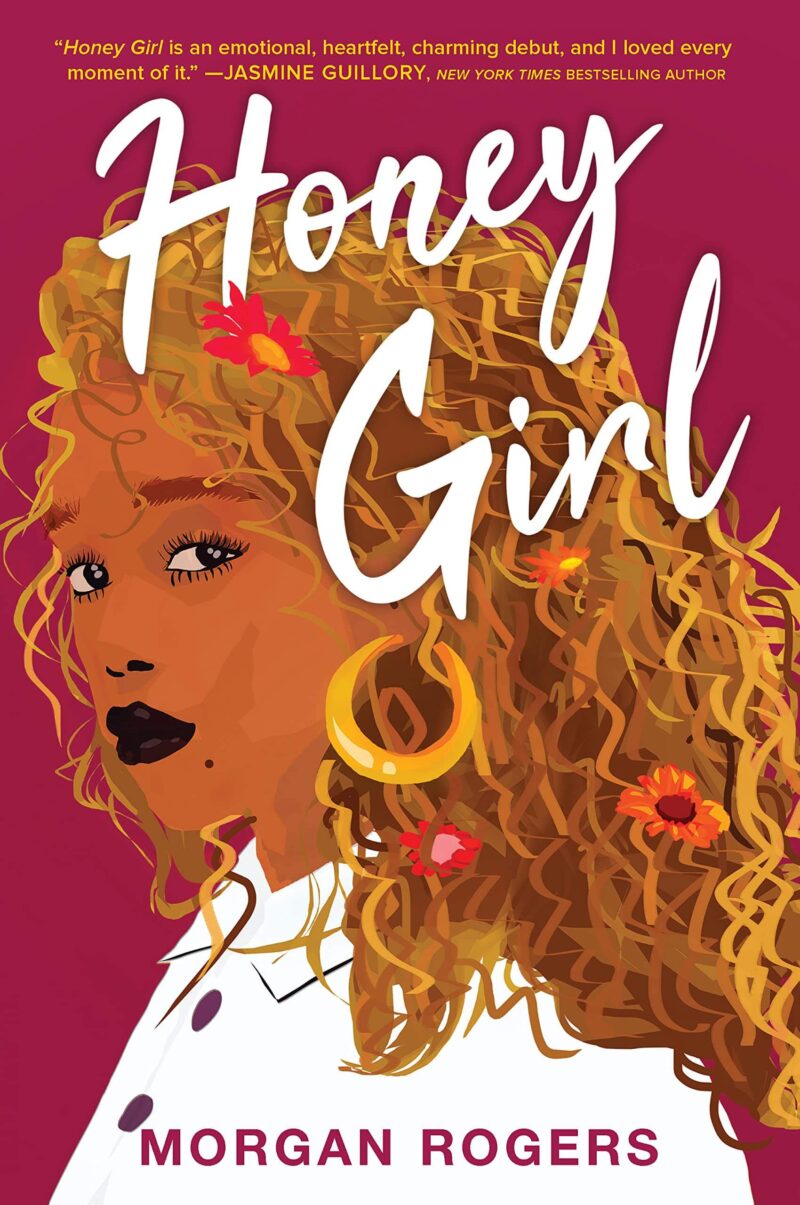 Jasmine Guillory called Honey Girl an emotional, heartfelt, charming debut. It tells the story of 28-year-old Grace Porter, a straight-A overachiever who would never head to Vegas and marry a woman whose name she doesn’t know … until she does. Old habits die hard, though, and new dreams are just a plan until you make them a reality. 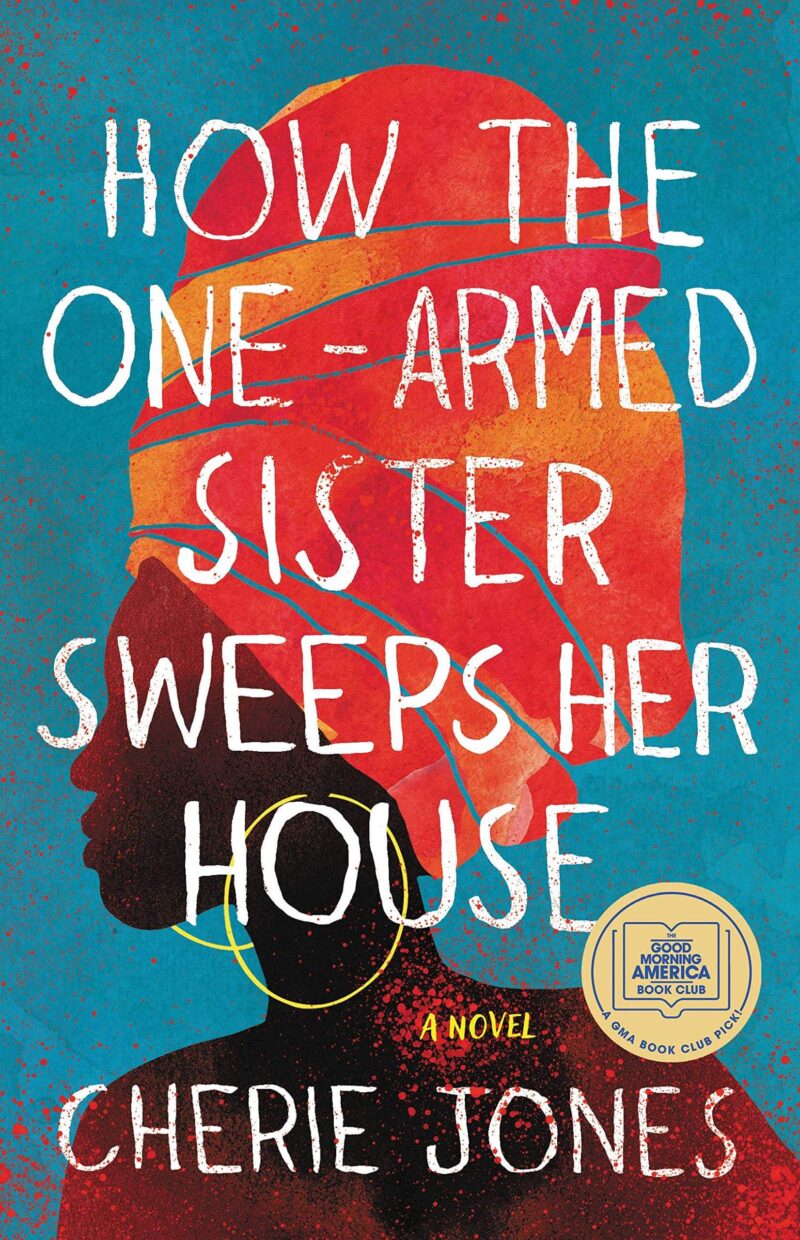 How the One-Armed Sister Sweeps Her House by Cherie Jones

Lala has grown up with a story her grandmother shared about a one-armed sister, meant to serve as a cautionary tale to inspire daughters to listen to their mothers and never disobey. Years pass and Lala finds herself pregnant and married to a criminal. This debut story alternates perspectives between characters, exploring race, class, abuse and motherhood. 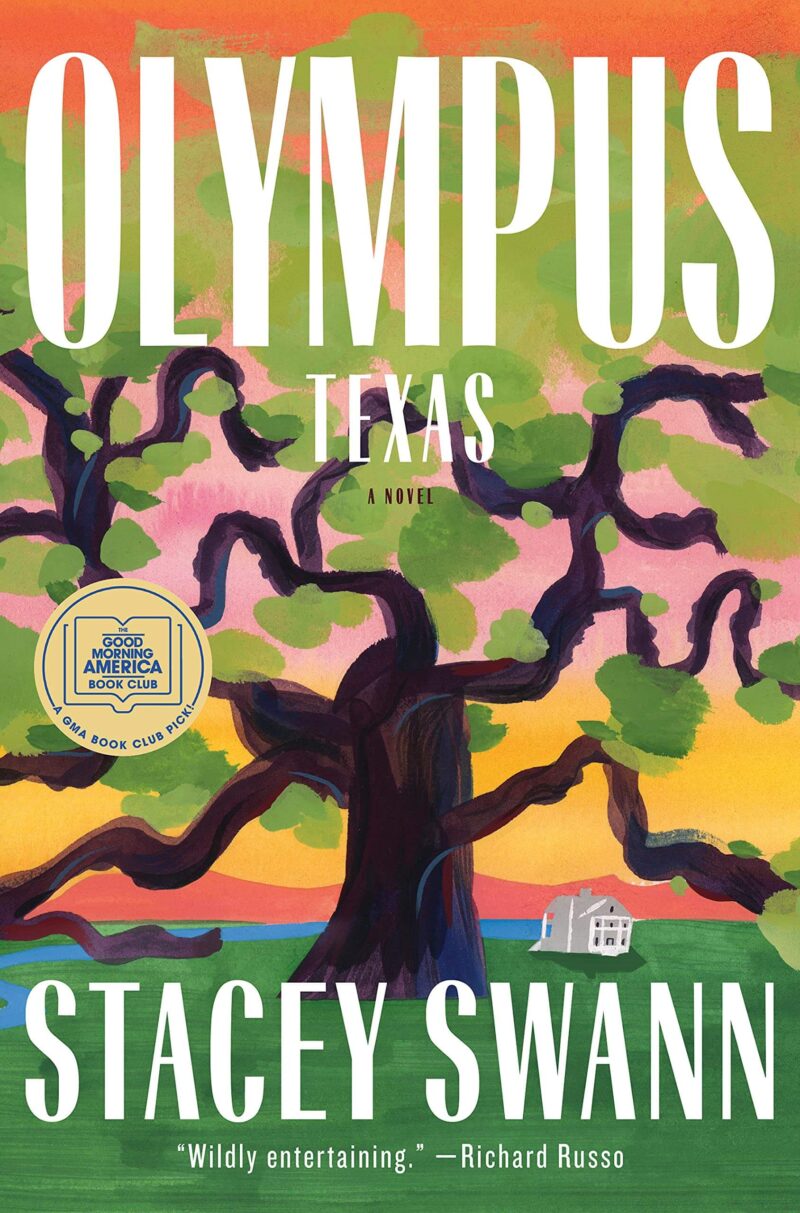 The Briscoe family has always been the talk of small-town Olympia, between June’s husband having affairs with multiple women and fathering three children outside of their marriage with three children of their own. Once again, another affair has taken place—but this time June’s son, March. Soon after March arrives at the family home, someone is dead, marriages are shattered, and strong bonds are quickly broken. This story weaves classical mythology into the present story to express the complexities of family and love. 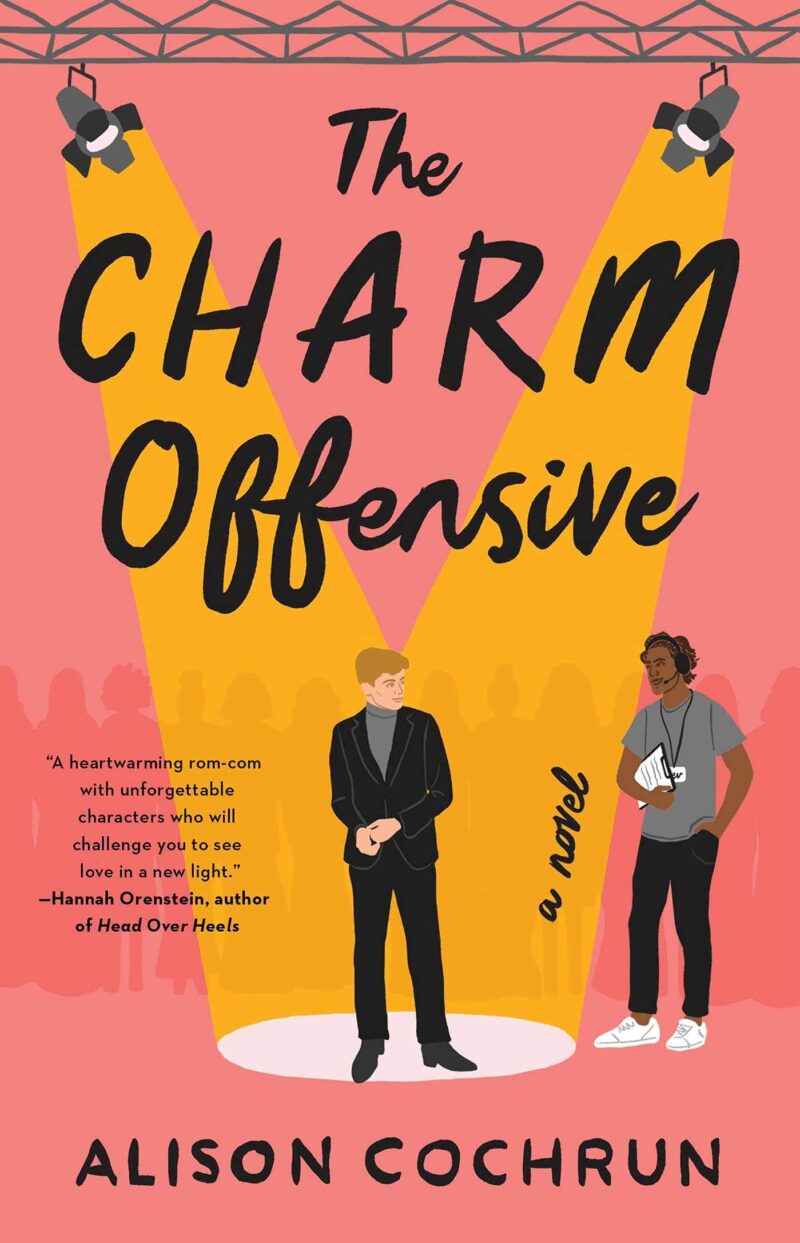 Dev Deshpande leads this debut novel as a successful producer for the reality dating show Ever After, creating the dreamiest scripts for the most iconic love stories on the show, and is even a true believer in love. The show then casts disgraced tech wunderkind Charlie Winshaw as the star, even though he doesn’t believe in love and is only in it to improve his reputation. However, Charlie soon realizes he has better chemistry with Dev than anyone else on the show. 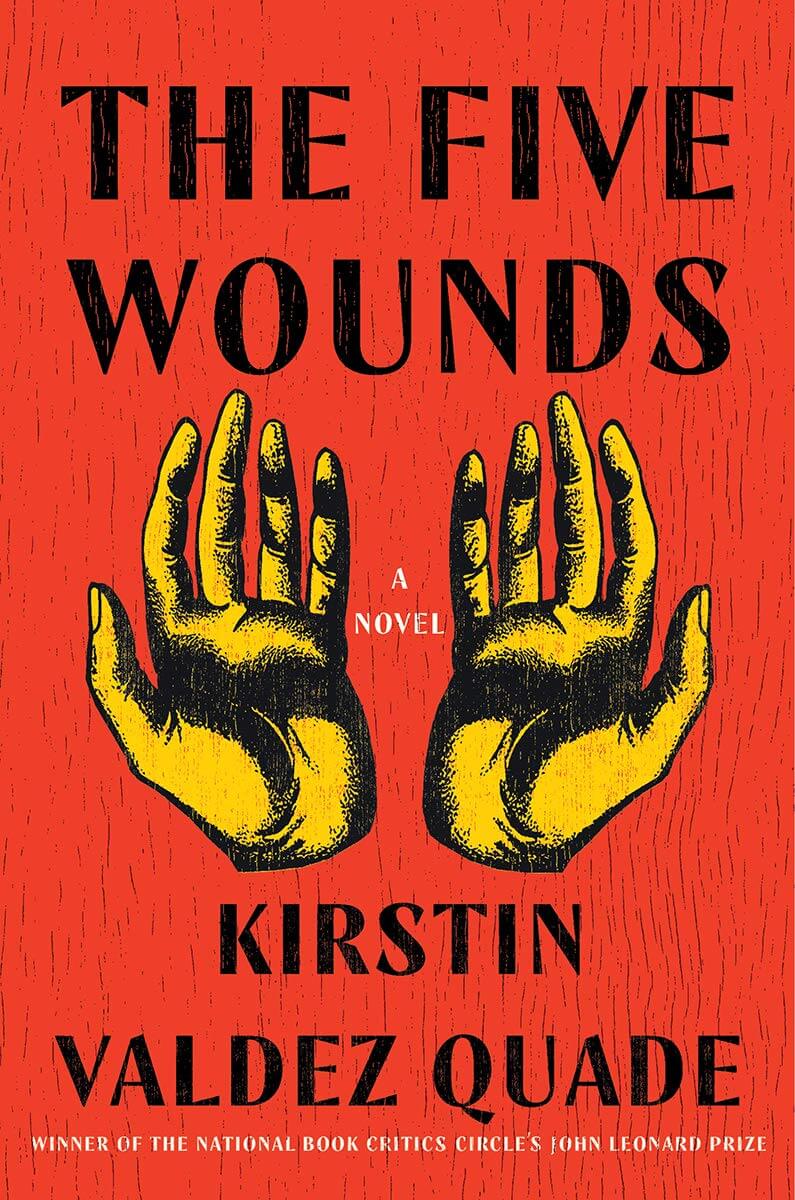 Amadeo Padilla finds himself in a predicament when his fifteen-year-old daughter, Angel, shows up on his doorstep pregnant. Through the eyes of the Padilla family, four generations to be specific, there is a real glimpse of what family is all about. Sacrifice and redemption play right alongside survival in this book to show the reality of familial love, support, and mess-ups. It’s hard not to keep up with Padilla Family, every family is crazy in their own ways. 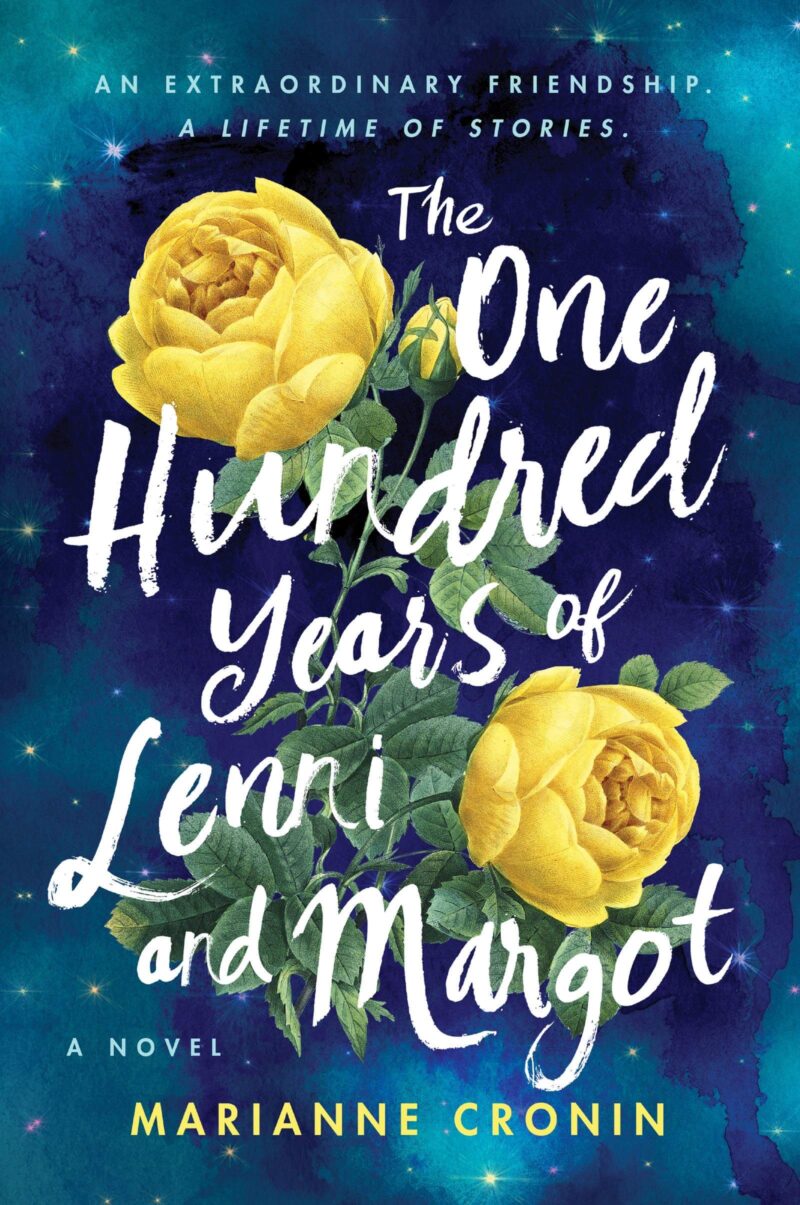 The One Hundred Years of Lenni and Margot by Marianne Cronin

This is a charming, disarmingly funny novel about friendship and living each day to the fullest. Even though 17-year-old Lenni Pettersson has been told she’s dying, she knows she has plenty of living to do within the walls of the Terminal Ward at the Glasgow Princess Royal Hospital. When she meets another hospital resident, 83-year-old rebellious Margot, in the hospital’s arts and crafts class, Lenni finds her life transformed in miraculous ways. 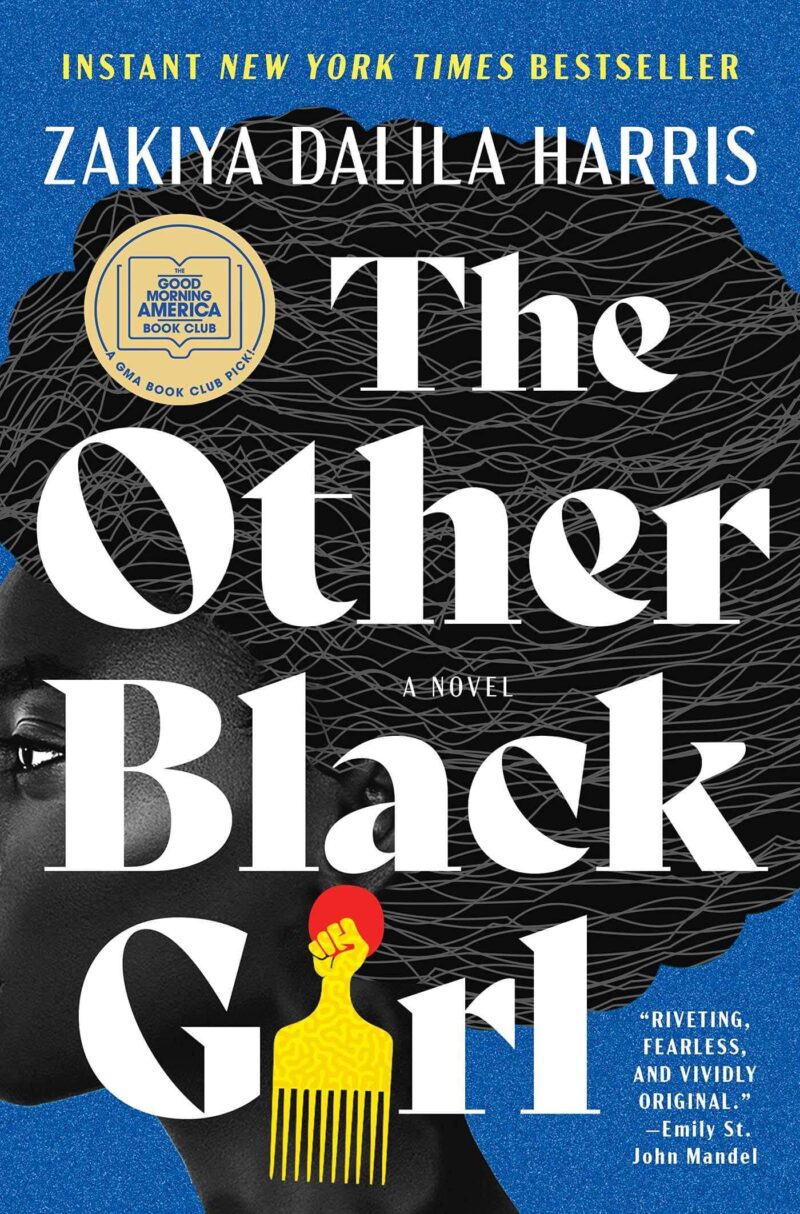 Nella is tired of being the only Black girl at her office, so she’s thrilled when Hazel starts working next to her. Then Hazel becomes the new office sweetheart, and Nella is left in the dust with eerie messages on her desk. This debut novel is truly chilling as Nella begins to spiral and question the sinister forces, including Hazel, that is messing with her career. 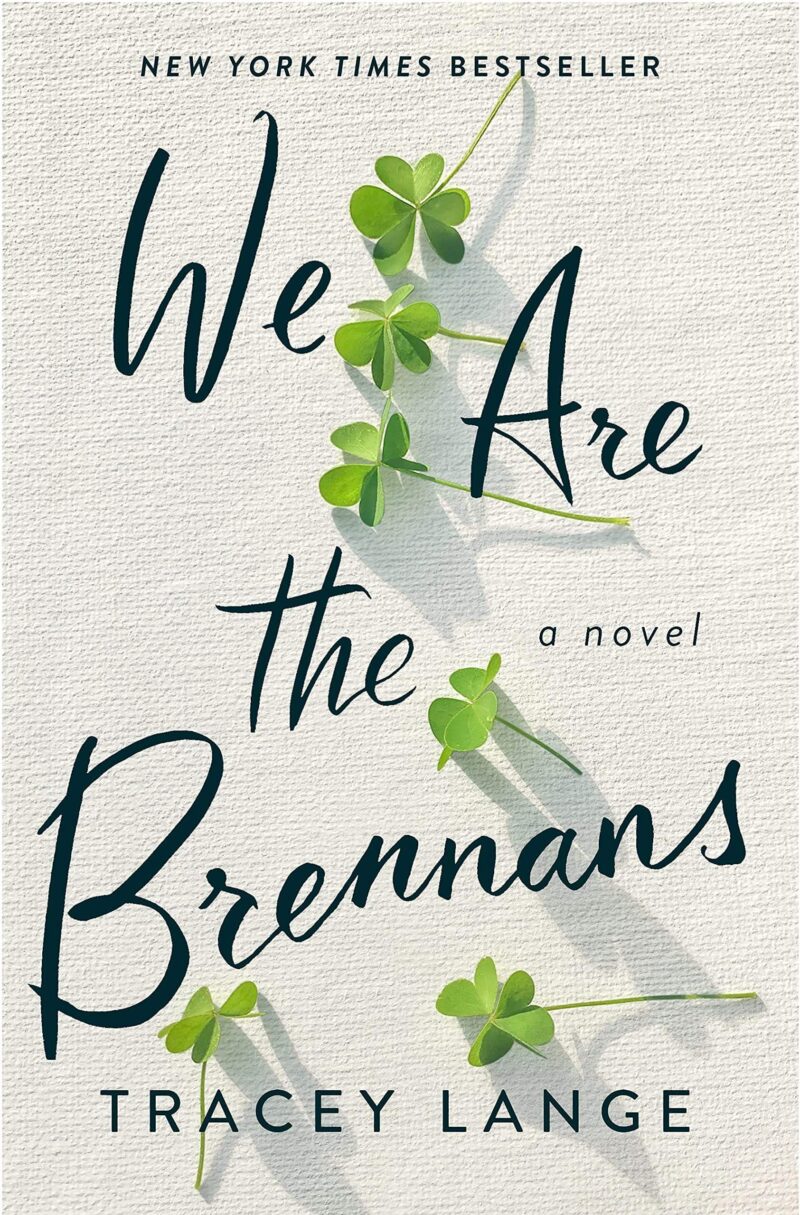 We Are the Brennans by Tracey Lange

Lange took a gripping take on her first novel as she writes about an Irish Catholic family that is torn apart by secrets. When a dangerous man from Sunday Brennans past turns back up in her life, she must uproot all her family’s secrets, including her own, in order to protect them.