Every year thousands of our readers vote for their favorite books of the year in the She Reads Best of 2021 Awards. Find out more about the books that were nominated and see which book was voted the Best Surprise Hit of 2021. 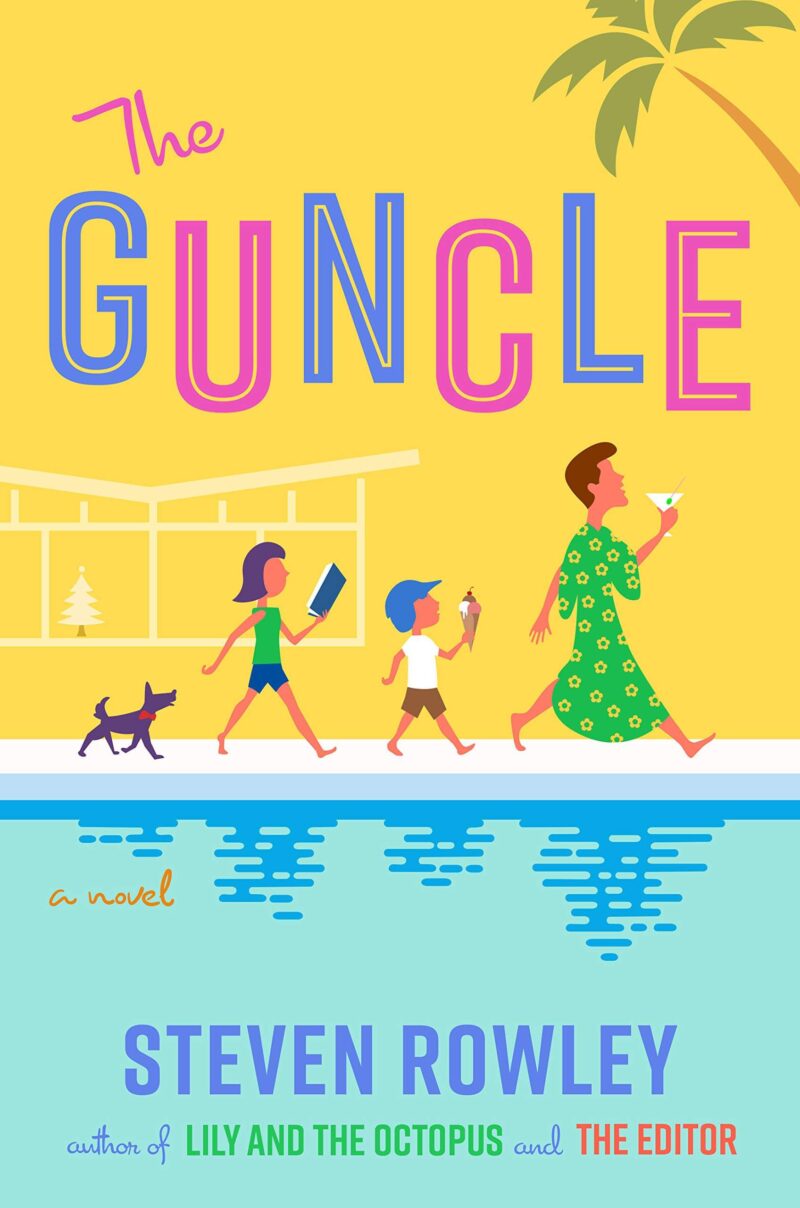 Surprisingly page-turning and hilarious, this is the story of Patrick, the beloved gay uncle of niece Maisie and nephew Grant. But when Maisie and Grant tragically lose their mother, Patrick becomes increasingly overwhelmed as he finds himself in the position of being their primary guardian.

The nominees for Best Surprise Hit of 2021 are: 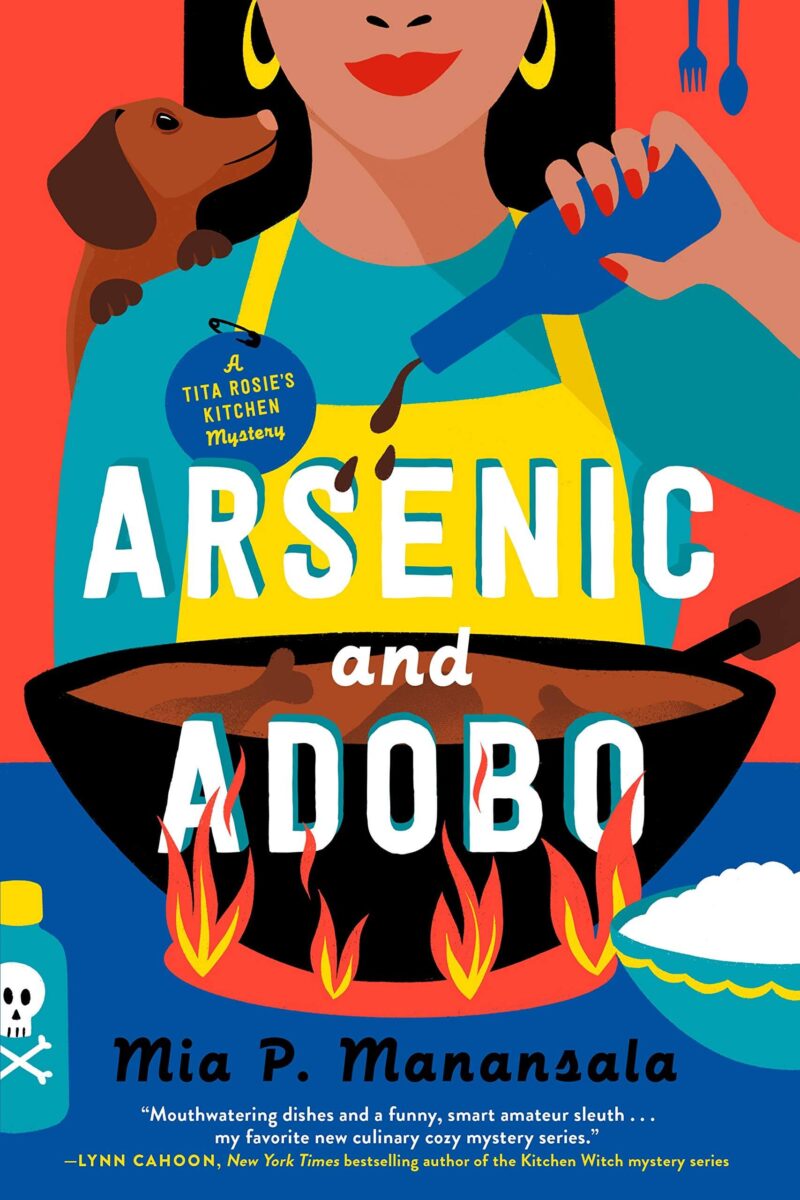 Even though it’s one of Crime Reads’ “Most Anticipated Crime Books of 2021,” this first book in a new culinary cozy series is also full of sharp humor, delectable dishes, and an unexpected thrilling mystery. The debut not only introduces readers to Filipino American food, culture and Tagalog language, but also has an emphasis on family and cozy tropes. 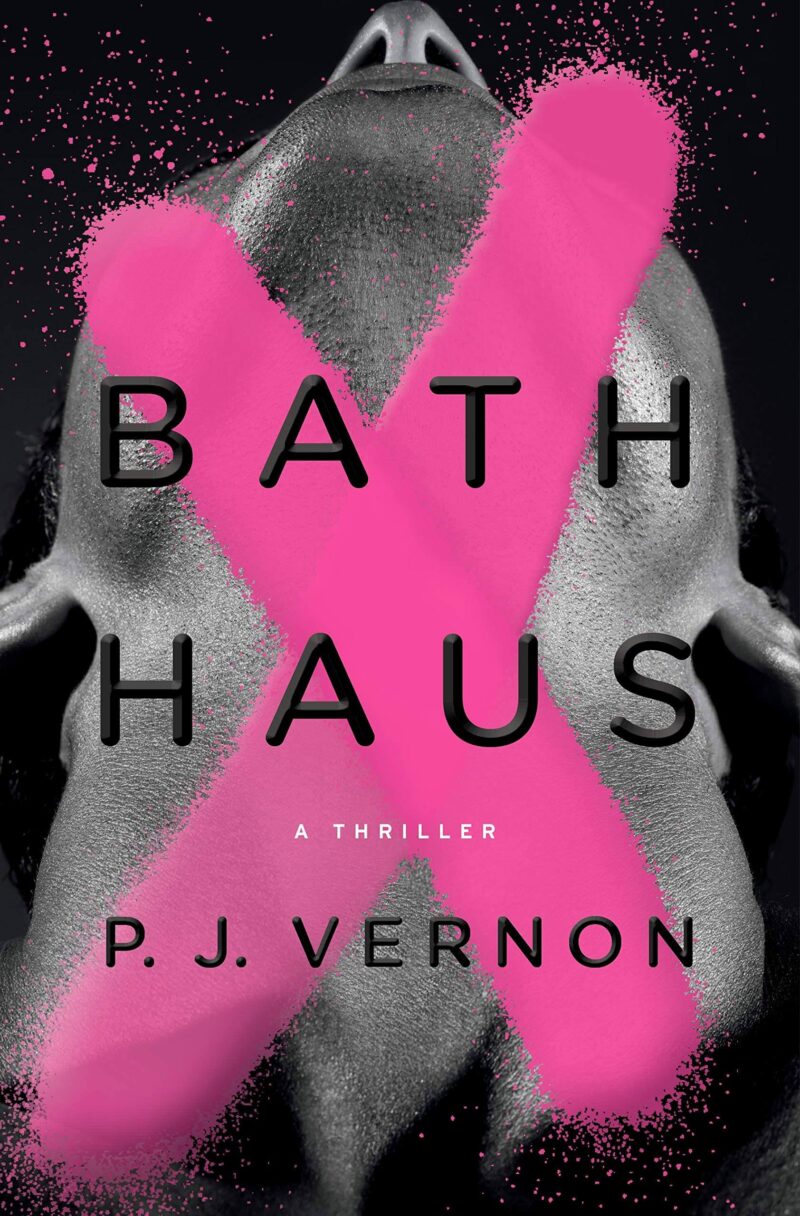 This one surprised us, in the best way possible. Oliver Park finds himself needing a night out while Nathan, his boyfriend, is traveling. So Oliver visits a local gay bathhouse to have a little fun—but soon he’s put into a situation that goes from bad to worse. With his life now in danger, Oliver fears that he will slip back into his prior life as an addict—but it turns out Oliver has something more to fear and it’s closer to him than he thinks. 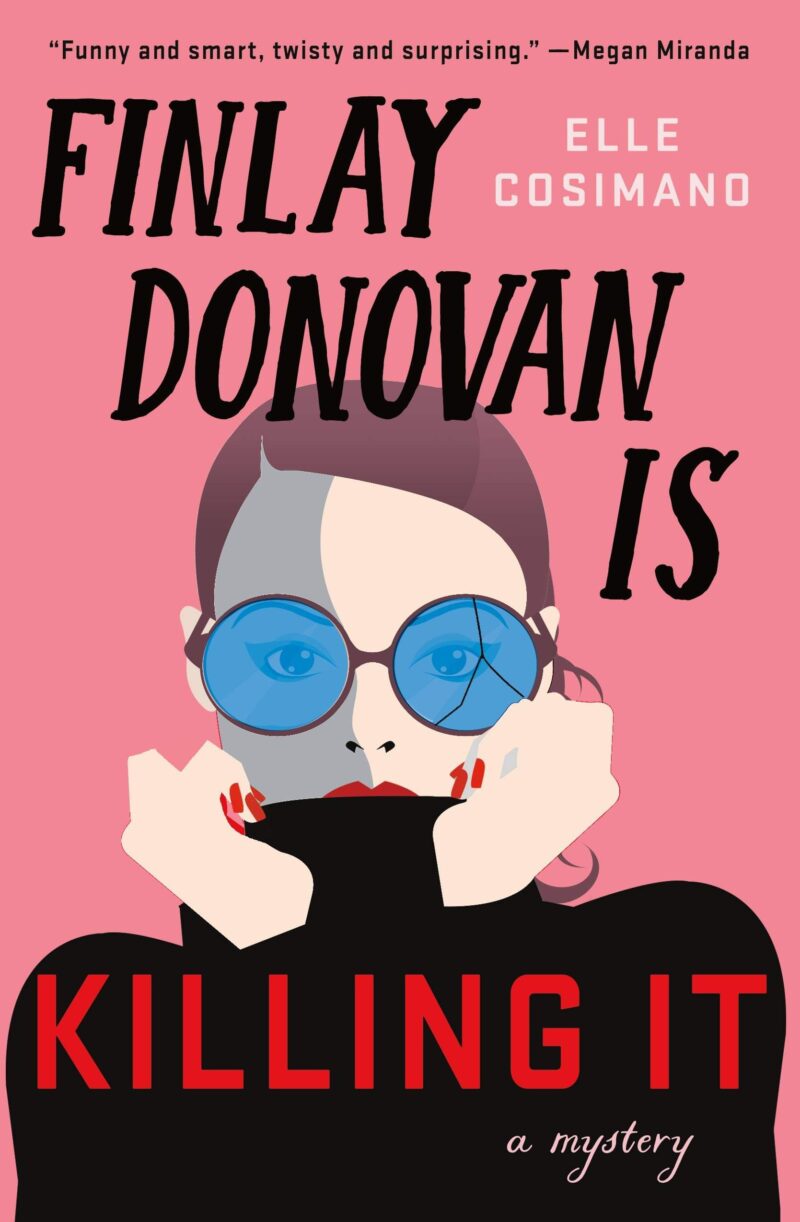 Even Finlay Donovan is surprised by the twists and turns of her life. Raising two kids on her own is a full-time job, and her paid gig as an author has taken a backseat. As if things couldn’t get any worse, someone overhears her discussing her thriller at lunch and assumes that she is plotting a murder. When things start to spiral out of control, she finds herself right in the center of an investigation. 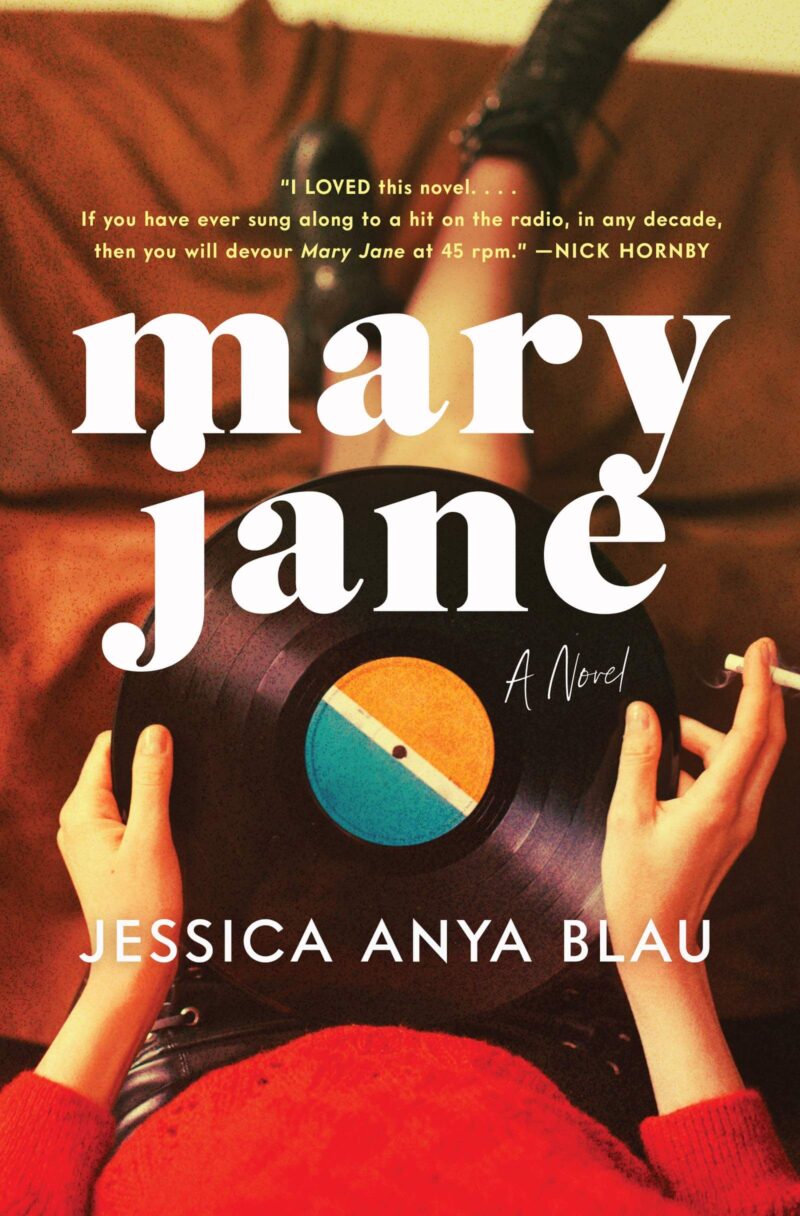 In the 1970s, Mary Jane lands a job as a nanny for the daughter of a local doctor. A respectable job, Mary Jane’s mother says. In a respectable house. The doctor is a psychiatrist who has cleared his summer for one important job: helping a famous rock star dry out. Over the course of the summer, Mary Jane has a front-row seat to a liberal world of sex, drugs, rock and roll, and group therapy. Surprisingly funny and charming, this unexpected hit will give you a nostalgic coming-of-age story. 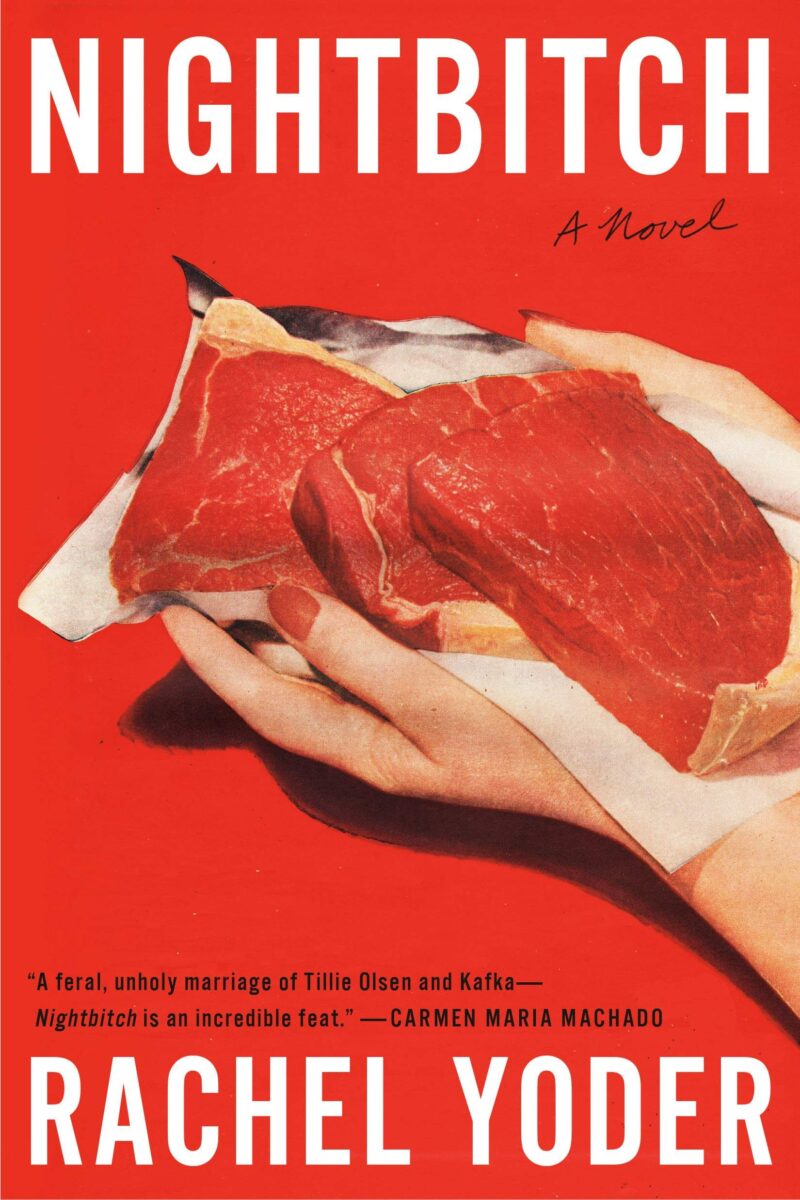 This unexpected hit is full of magical humor, literally. In this blazingly smart debut, an ambitious artist-turned-stay-at-home mom becomes convinced she’s turning into a dog. Seeking a cure at the library, she discovers the mysterious academic tome, A Field Guide to Magical Women: A Mythical Ethnography, and meets a group of mommies involved in a multilevel-marketing scheme who may also be more than what they seem. 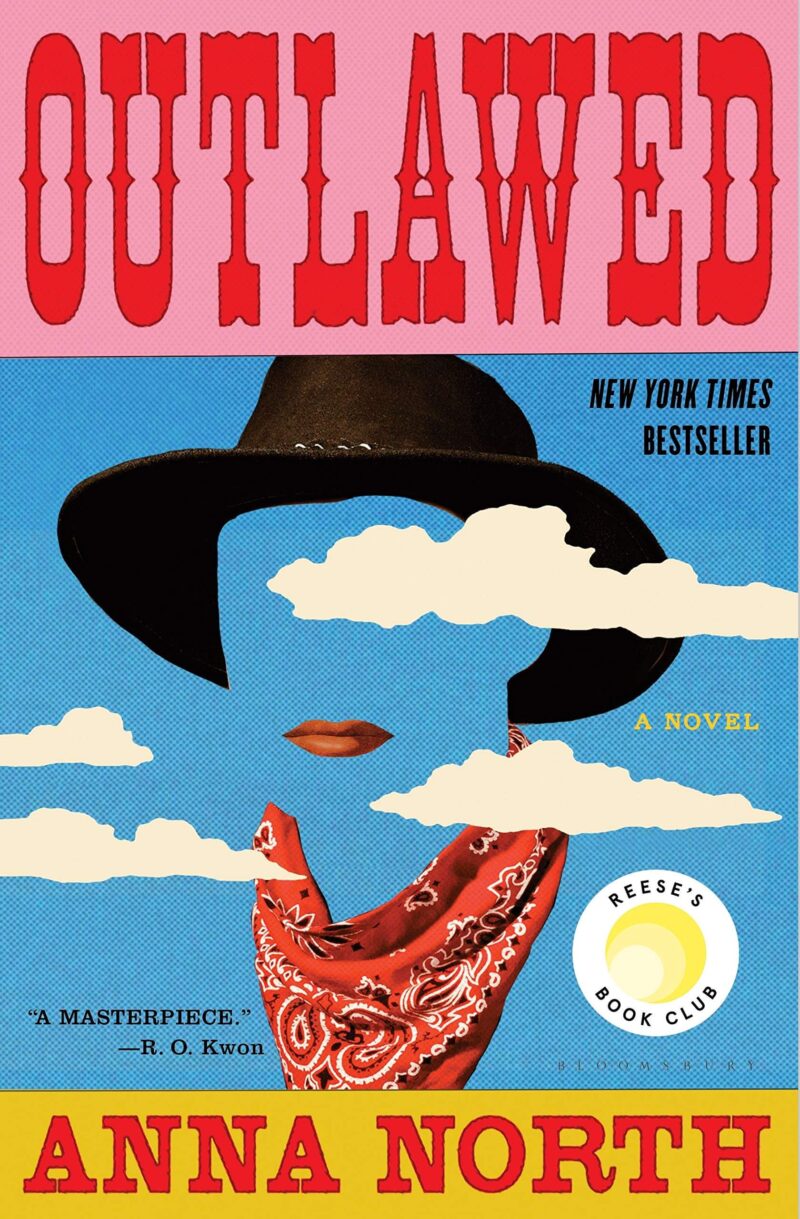 This incredible story made the list for its alluring alt-history feminist western setting in a world in which women unable to bear children are tried for witchcraft. Enter Ava, a young woman whose new husband can’t get her pregnant, forcing her to flee the only home she’s ever known. She ends up enmeshed in a gang of mostly female outlaws, led by a genderless desperado known only as The Kid. 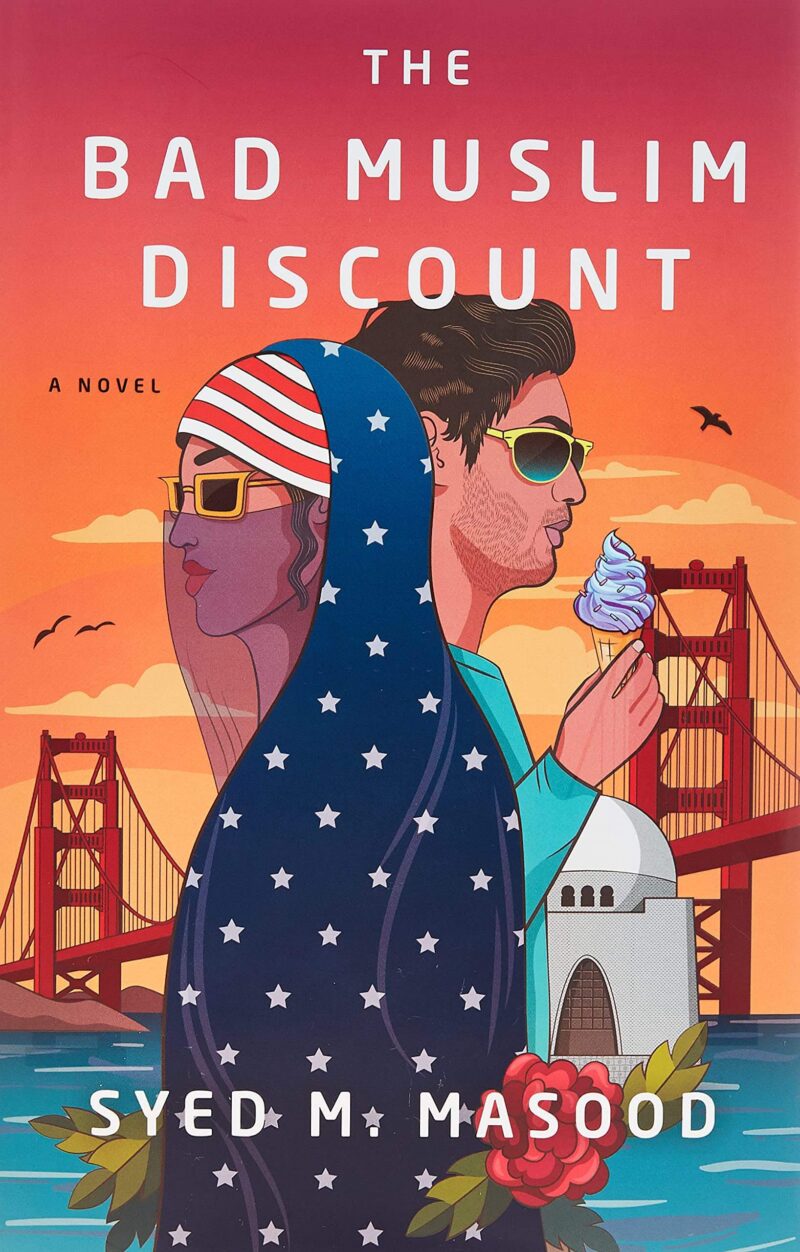 Anvar Farris is doing his best to grow up in Karachi, Pakistan, but when his family moves to California he decides is time to commit to being a bad Muslim. When he crosses paths as an adult with Safwa, their intertwined fates will rock everyone in their worlds. An irreverent, poignant, and often hysterically funny debut novel by an amazing new voice. 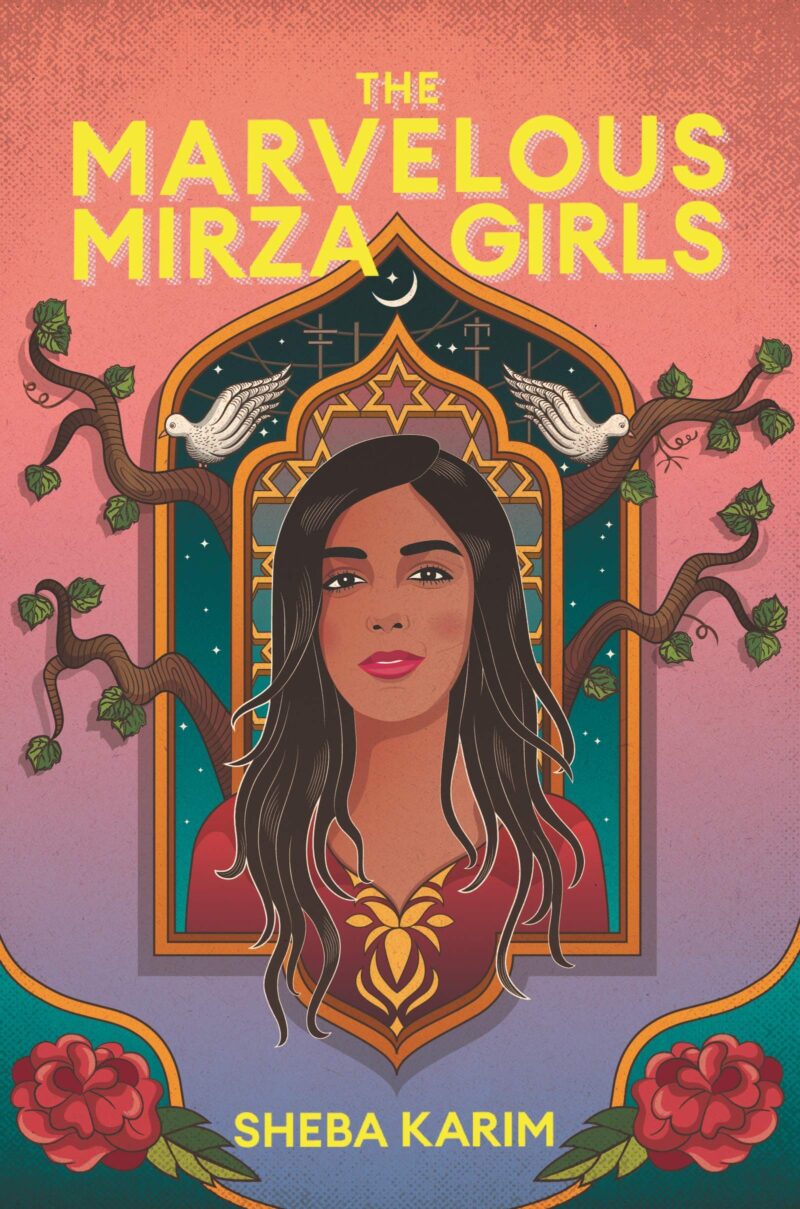 Noreen is having a hard time, so she decides to take a gap year and follow her mom to New Delhi. In the world’s most polluted city, Noreen soon meets kind and handsome Kabir, who introduces her to the wonders of this magical, complicated place. A family scandal soon ruins the magic, and everything will start to be questioned—and you will be questioning if there are boundaries to love. 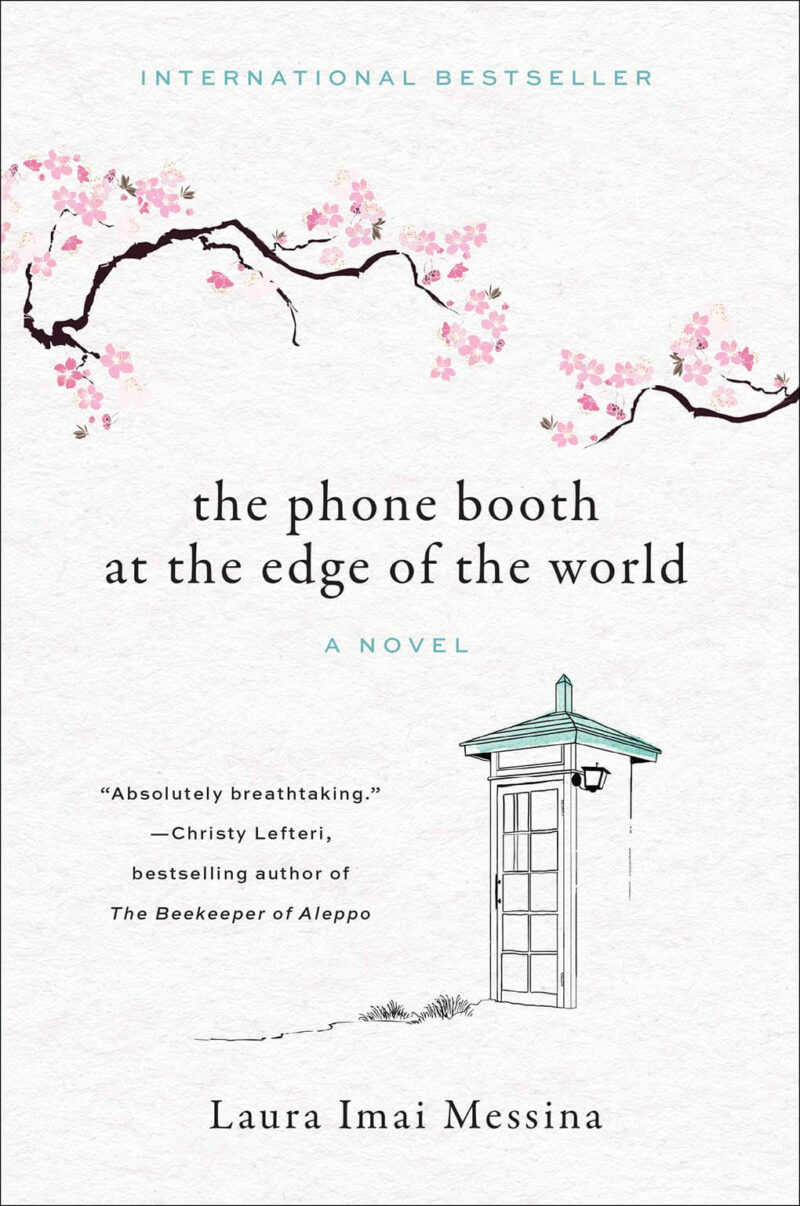 Inspired by a real phone booth in Japan that’s been a place of pilgrimage and solace since the March 2011 tsunami, this old, disconnected telephone booth is used as a “wind” phone by dozens from all walks of life, who visit it to find the strength to speak to their lost loved ones and come to terms with their grief. It’s simultaneously heartbreaking, yet unexpectedly heartwarming. 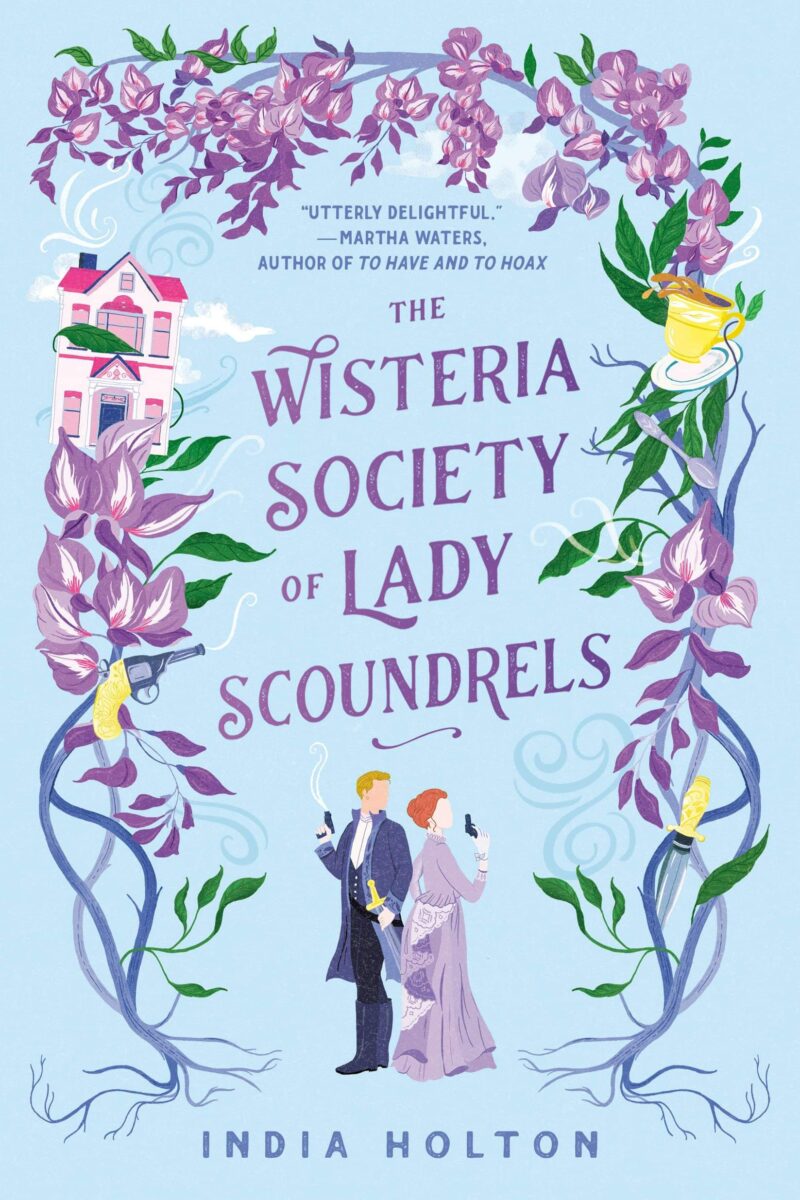 The Wisteria Society of Lady Scoundrels by India Holton

Cecilia is the ideal Victorian lady by day, but the perfect thief by night. Her life is perfect . . . until the men show up. The men are ordered to kill all of England’s presumptuous women—Cecilia included. This nominee will have you rooting for Cecilia as she teams up with one of the men to save herself and the women who raised her and to prove her place as a scoundrel. 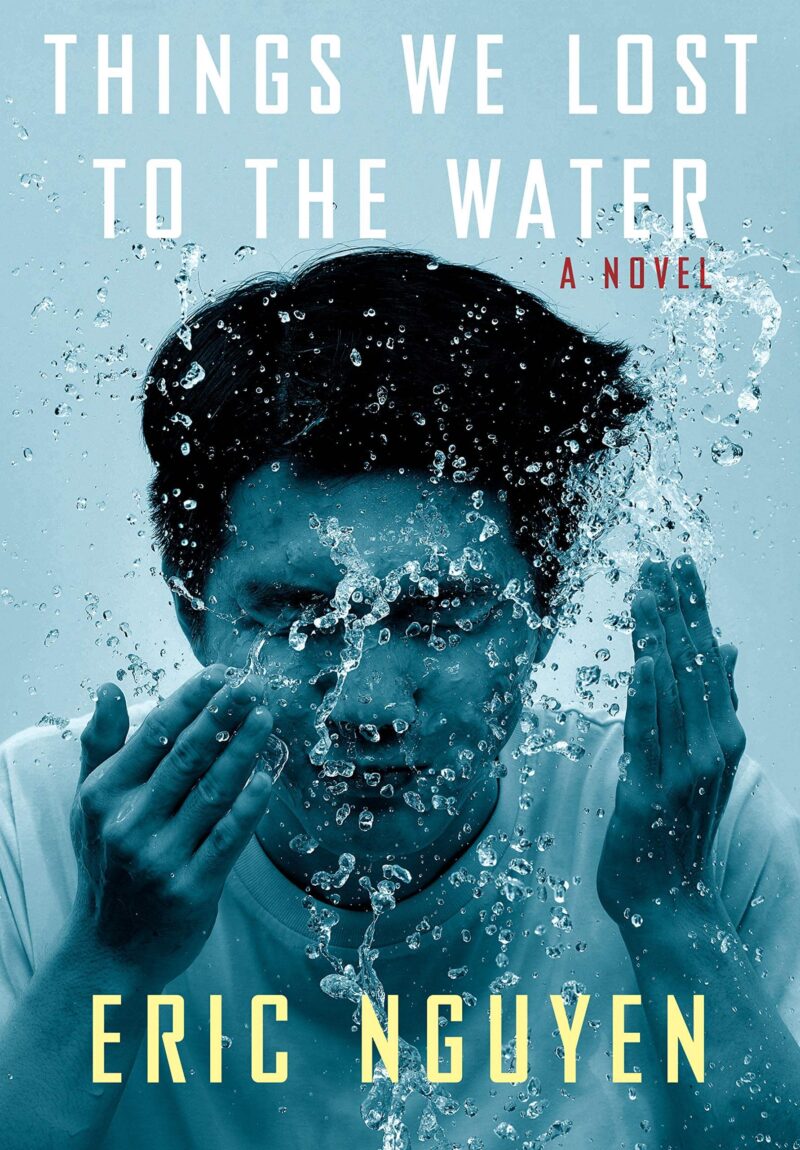 This one was nominated for its courageous storyline of an immigrant Vietnamese family who struggles to stay connected to each other and their culture after moving to New Orleans. As time marches forward, Huong realizes that she will never see her husband again, who is still back in Vietnam, and her children’s search for identity might just be the thing that tears them apart. When disaster strikes the city they now call home, they are suddenly forced to find a new way to come together and honor the ties that bind them.