Who doesn’t love a summery witchy read? We could hardly wait for the August release of The Very Secret Society of Irregular Witches by Sangu Mandanna. This fantasy romance appeals to our Practical Magic obsession (heavy on the powerful feminine magic!) and it’s Mandanna’s first novel for adults, to boot. Known as an acclaimed children’s author, Mandanna has crafted an uplifting read about an isolated witch whose opportunity to embrace a quirky new family—and love—changes the course of her life.

In The Very Secret Society of Irregular Witches, Mika Moon is one of the few witches in Britain, and she knows how to hide her magic and keep her head down. And as an orphan who lost her parents at a young age, she’s used to being alone and following the rules—with one exception: an online account, where she posts videos “pretending” to be a witch. No one will take it seriously, right? Then someone sends her an unexpected message, asking her to travel to the mysterious Nowhere House to teach three young witches how to control their magic, Mika decides to break the rules and go. Amidst the lives and secrets of her three charges—along with an absent archaeologist, a retired actor, and two long-suffering caretakers—Mika starts to find her place at Nowhere House, daring to dream that she might actual belong somewhere. Then there’s also . . . Jamie. The handsome and prickly librarian of Nowhere House who would do anything to protect the children, and as far as he’s concerned, a stranger like Mika is an irritation, albeit an appealing one.

But magic isn’t the only danger in the world, and when a threat comes knocking at their door, Mika will need to decide whether to risk everything to protect the found family she didn’t know she was looking for.

Read on for our exclusive interview with Sangu Mandanna about second-guessing oneself, captivating a new audience, and the witchy power she would pick for herself. 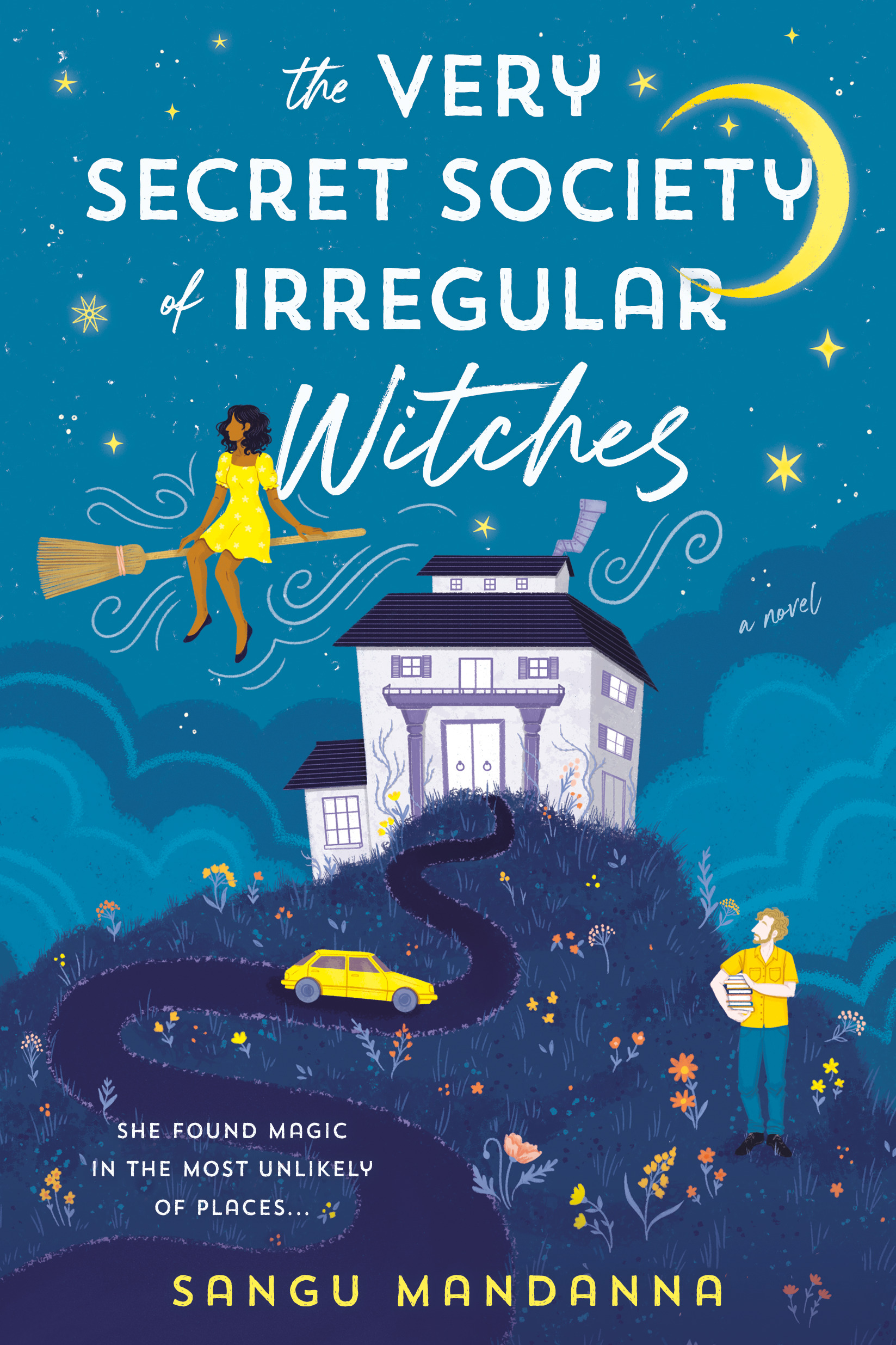 What inspired the story of Mika Moon in The Very Secret Society of Irregular Witches?

When I first started writing the book, we were several months into the pandemic and all I wanted was to lose myself in a warm, cozy, romantic fantasy that was the absolute opposite of everything the real world had become. Mika took shape very naturally out of that: her loneliness and ache for human connection was something I think we were all feeling at that time, and her fear of never finding a place she could truly belong came out of my own journey as a neurodivergent woman of colour. I knew from the start that Mika would find her happy ending, because I wanted this to be a hopeful story; a story that reflects my belief that there is a family for everyone out there.

You’re an acclaimed children’s author, especially for your representation of young girls of color and mental health struggles. With this being your first adult novel, what challenges did you face?

Thank you for that lovely description! Honestly, the biggest challenge was my own tendency to second-guess myself. For me, there’s a point in the writing of every book where I think the book is terrible, but this was the first time in a very long time that I questioned myself. I lost count of the number of times I paused in the middle of my first draft and felt overwhelmed with fear and doubt. Would I be able to captivate a new audience? Was I any good at this? Would I fail? Was it too late to scrap the whole project and go back to writing what I was used to? (As you can see, I’m an anxious overthinker, which is one of the reasons I write about mental health!)

Do you have a favorite magical element from the novel’s world?

I loved coming up with the idea of magic being present, visible and friendly to witches in the form of gold dust. Magic almost has a mind of its own in the book, and Mika sees it as a comforting, mischievous and loyal friend, and I just love that so much.

What is something you’d like readers to take away from this novel?

The world we live in is a complicated, difficult one for many, many reasons, so I hope that readers find the same thing in this novel that I found while writing it: a place to escape to, a quirky family to fall in love with, and a reminder that there are still good things in the world to look forward to. In short: comfort, hope, and a heaped teaspoon of joy.

If you could have a witchy power, what would you want it to be?

Oh, I’d love to be able to brew magical teas the way Mika can! Making a hot cup of tea on a cold winter’s day is such a comfort already, so I feel like the perfect progression of that would be the ability to spell the tea to fix every low mood and heal every woe.

What authors inspire you/what are you currently reading?

I’ve been inspired by so many authors over the years that it would be impossible to name every single one! For sheer whimsy, imagination and coziness, I’d pick Diana Wynne Jones, Jessica Townsend and Eiko Kadono. For romantic feels and emotional anguish, I’d have to say Sarah Maclean, Evie Dunmore, Ali Hazelwood and Talia Hibbert. For beautiful and spellbinding writing, I’d pick Neil Gaiman and Laini Taylor. And for gorgeous, fantastical storytelling, I’d go with Tasha Suri, N.K. Jemisin and Jacqueline Carey.