Banned Books Everyone Should Read

Banned Books Everyone Should Read

At some point in the existence of these banned books people demanded they be taken off the shelves—by a school, a library, or a group of angry parents. For reasons ranging from vulgarity to political viewpoints to LGBT overtones, these banned books have been deemed “unfit” for readers at different points in time. In fact, these books are still being challenged today around the country.

We are so grateful these books are on our shelves, for us and everyone else around us to read and learn from. These are the best banned books everyone should read in their lifetime. 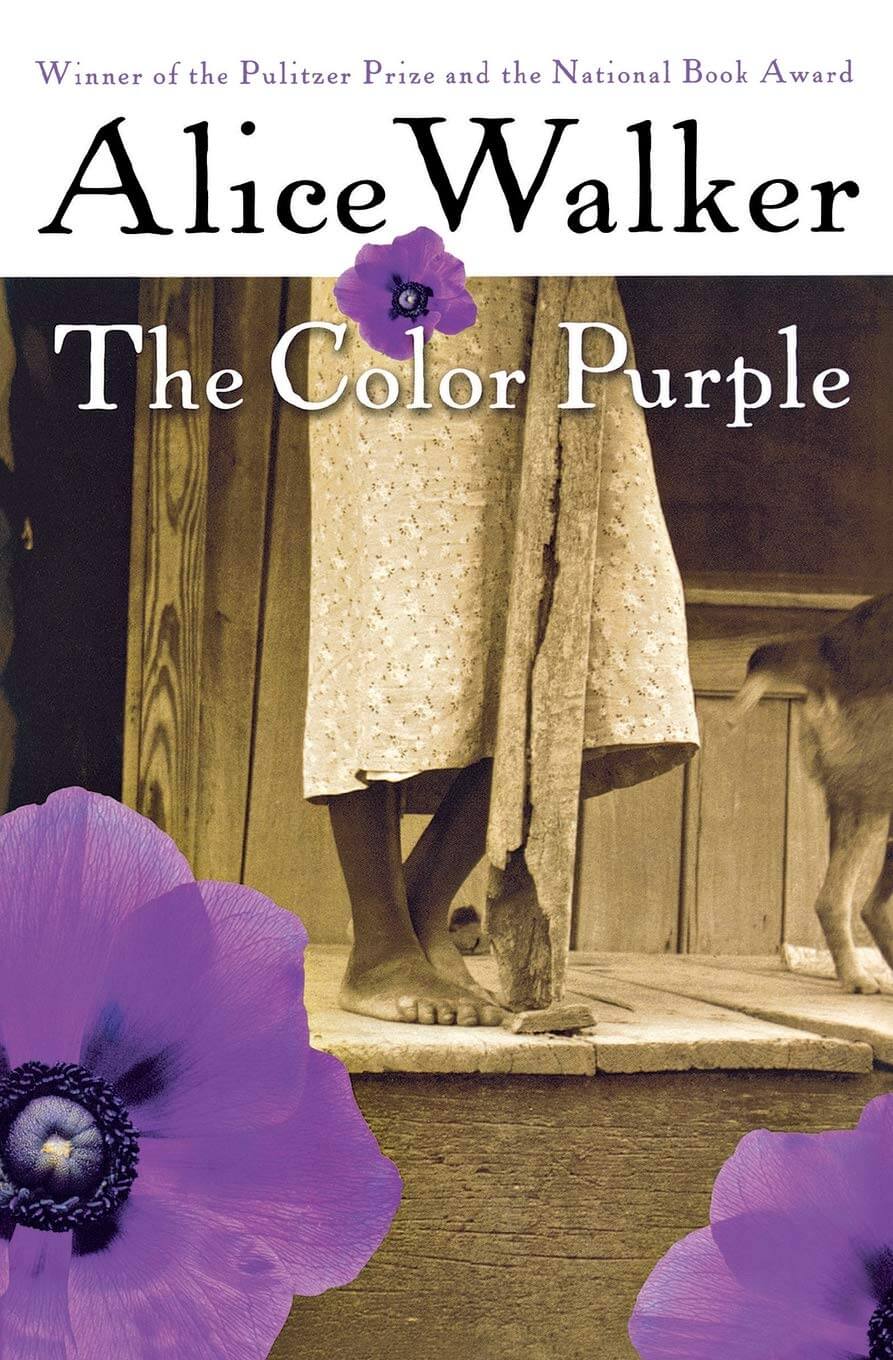 Through a series of letters spanning more than twenty years, two African American women, sisters Celie and Nettie, stay connected through space and time in early twentieth century Georgia. The Color Purple is a beautiful portrait of sisterhood, hope, and resilience in the face of personal pain, struggle, and domestic and sexual abuse. 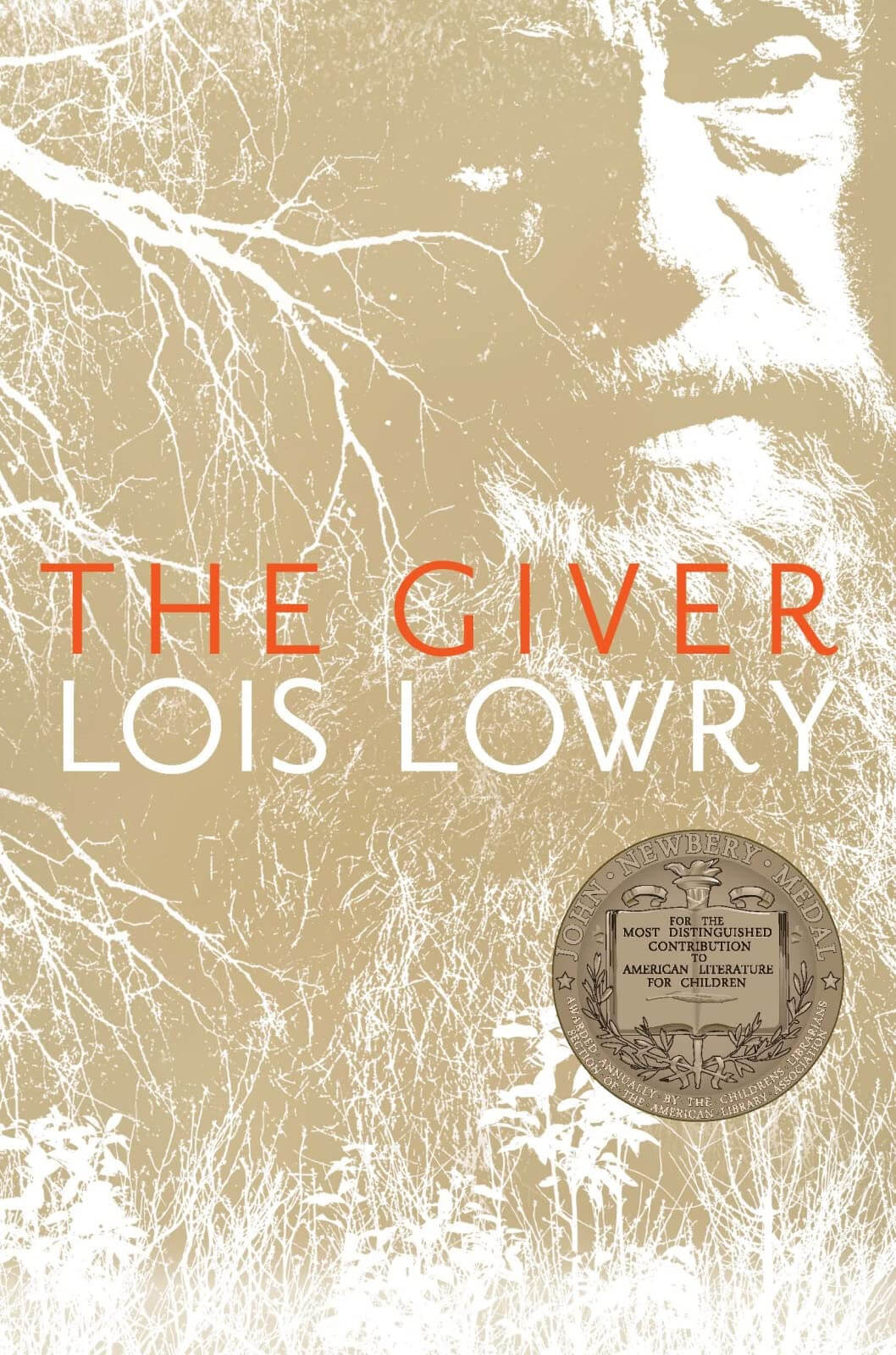 The Giver by Lois Lowry

Banned for: depictions of “sex, infanticide, suicide, starvation, and euthanasia”

One of the most influential books of our time, The Giver is a dystopian novel centered on twelve-year-old Jonah. Jonah discovers that his seemingly-perfect community is hiding a dark secret. His refusal to conform and refusal to accept the costs of a utopia are inspiring and provocative. 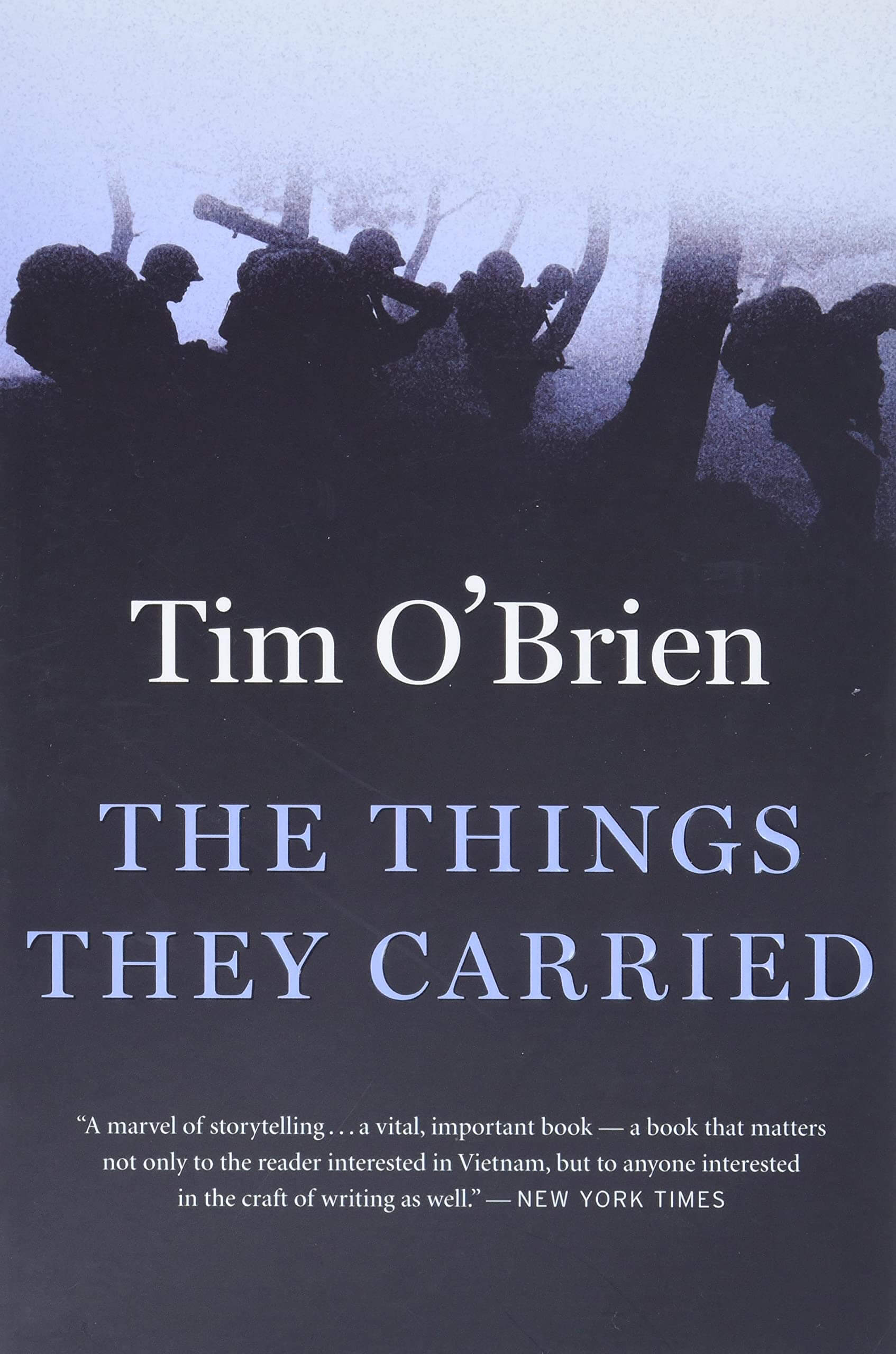 The Things They Carried by Tim O’Brien

O’Brien provides a life-changing reflection on war, memory, story-telling and redemption. The book follows a company of soldiers in the Vietnam War and is told from the perspective of one of these soldiers who survived the war and is looking back on his experiences. The book deals with challenging and humanistic themes such as courage, fear, and longing. 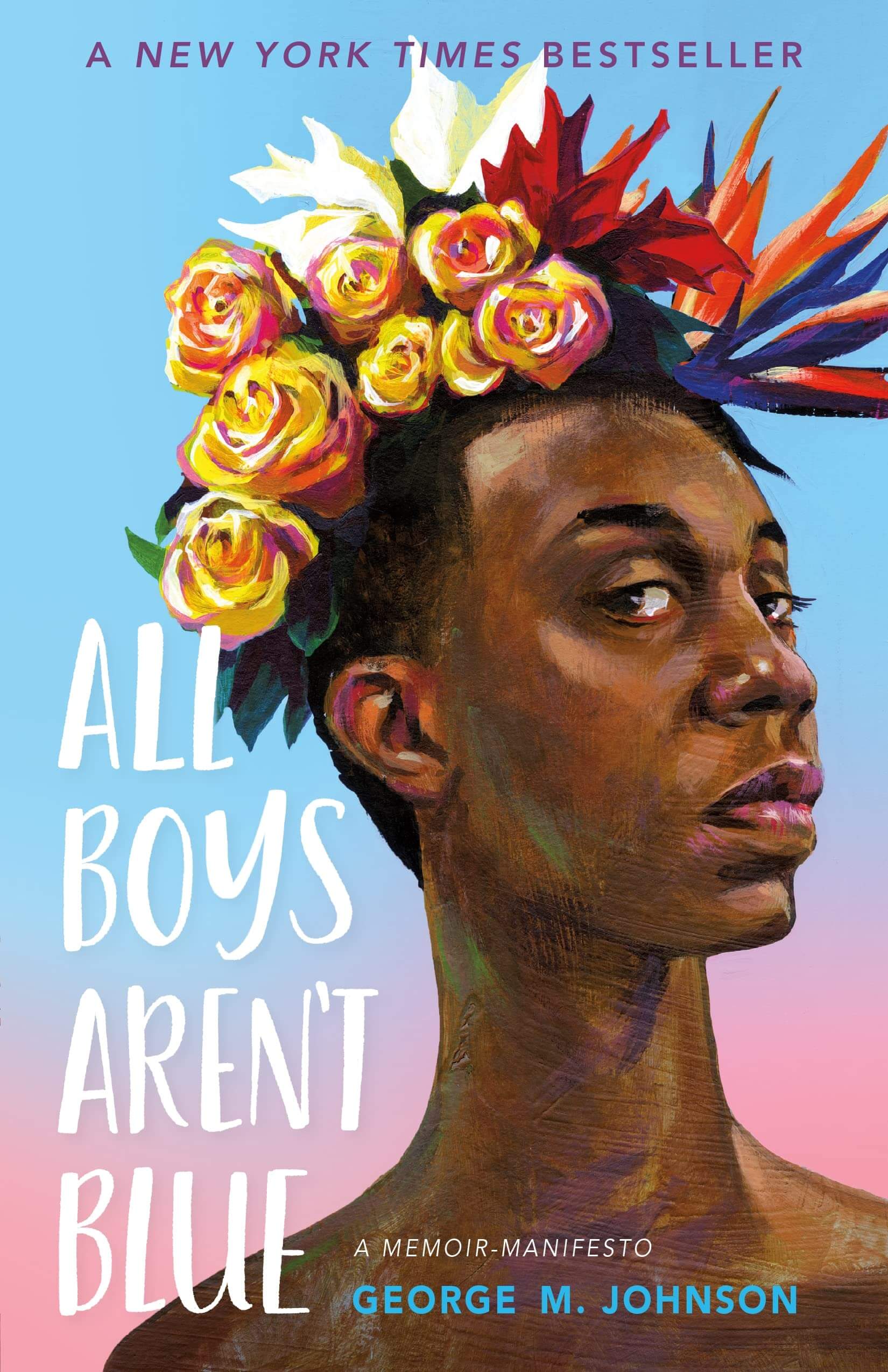 Banned for: “LGBTQIA+ content, profanity, and because it was considered to be sexually explicit”

In this profound memoir, LGBTQIA+ activist George M. Johnson shares his experiences growing up queer. Johnson provides an honest portrayal of the isolation, violence, and fears he experienced, but also provides an affirming story of self-discovery, strength and love. 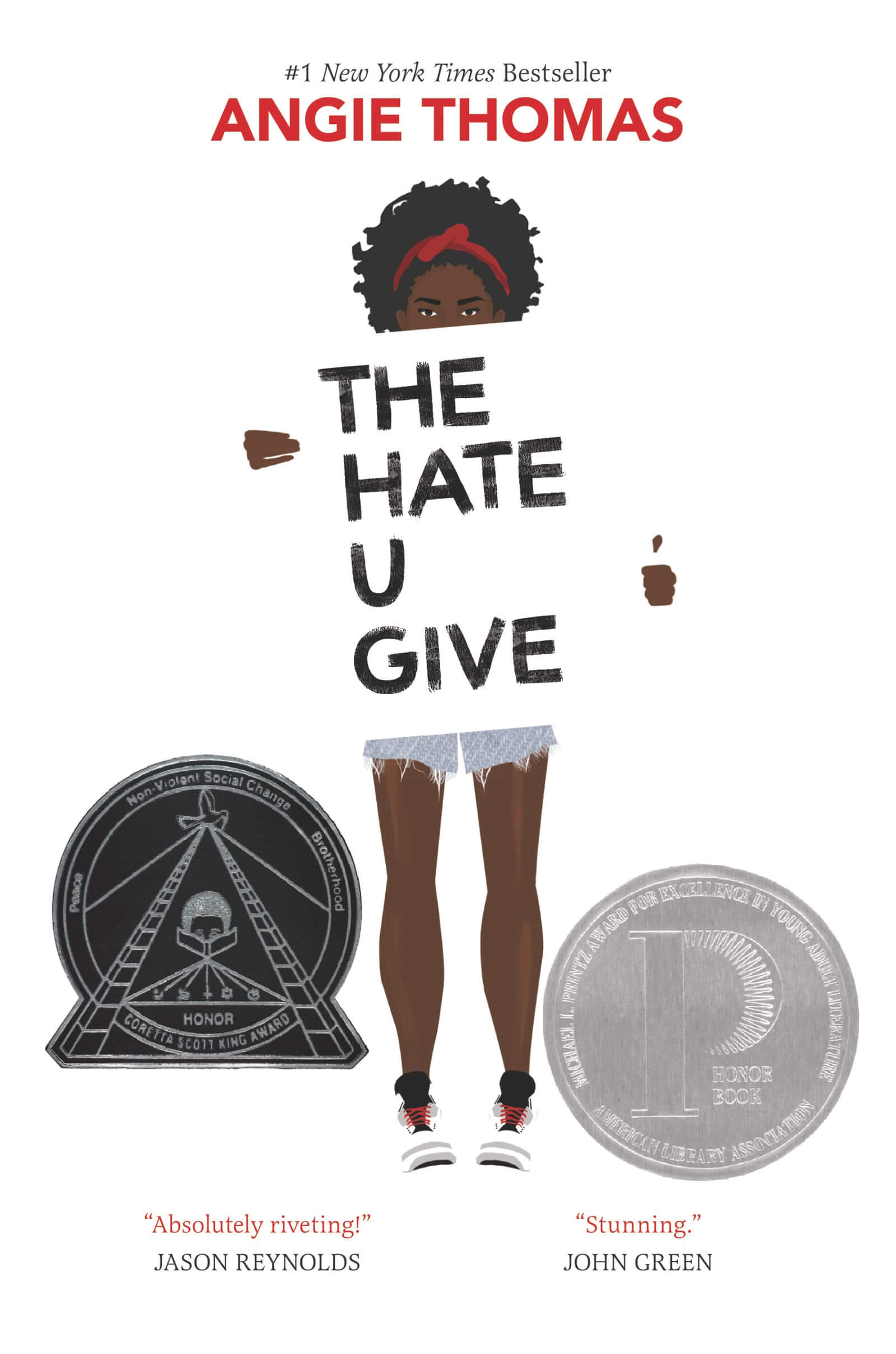 Banned for: “profanity,” “violence,” and “an anti-police message and indoctrination of a social agenda”

When Starr witnesses the fatal shooting of her best friend Khalil by police, she finds herself at the center of a nationwide news story. Starr knows that Khalil was unarmed. Now she must decide whether to speak out, potentially putting her community—and herself—at risk. 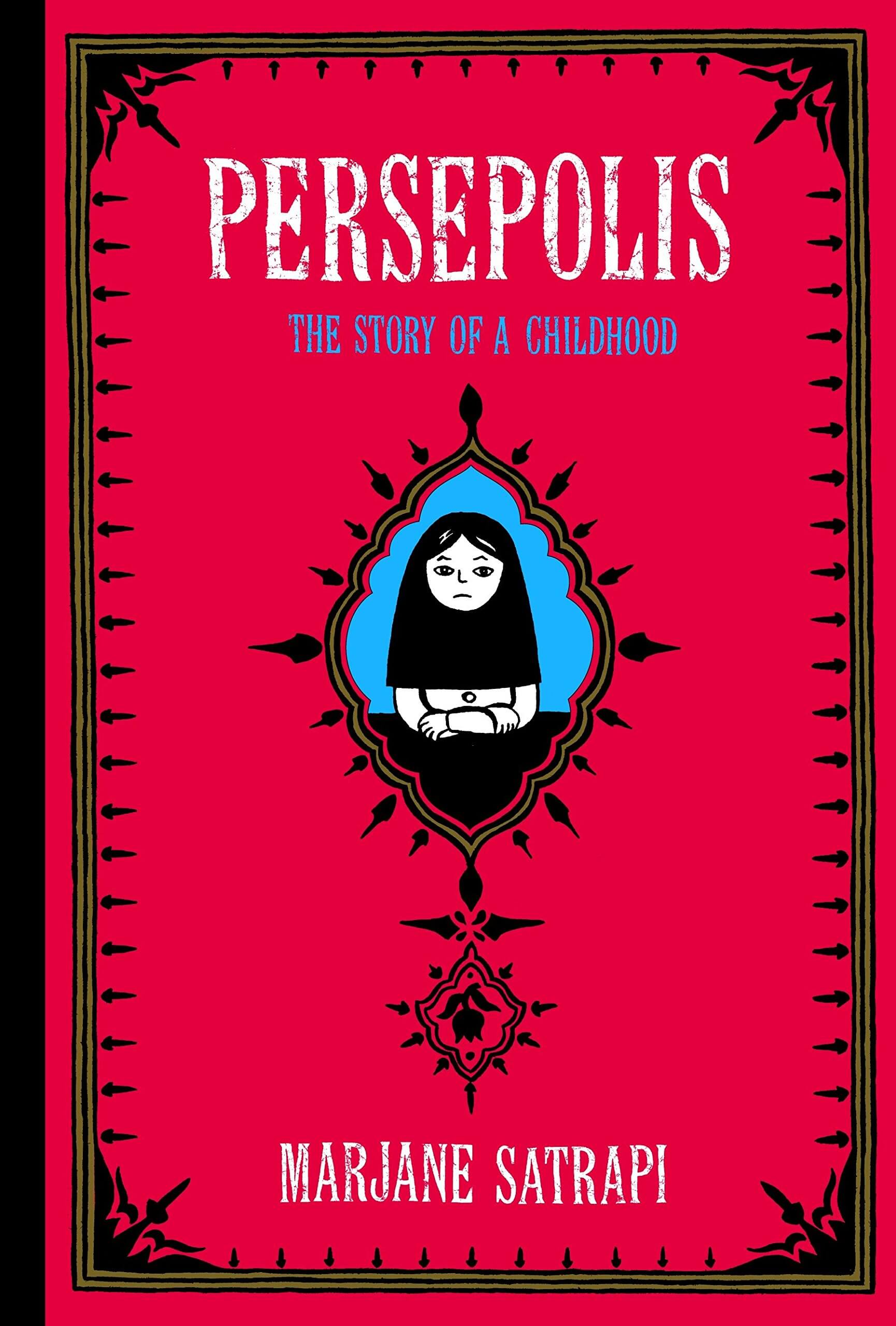 Persepolis: The Story of a Childhood by Marjane Satrapi

A mesmerizing portrait of day-to-day life in Iran for one child growing up amidst political turmoil, war and oppression. It is a reminder of the human cost of war on those living within areas of violence and uncertainty.

The Glass Castle: A Memoir by Jeannette Walls

Banned for: “Strong sexual scenes and situations dealing with alcoholism and abuse”

Despite growing up in a dysfunctional family with an alcoholic but brilliant father, and a careless free-spirit mother, Jeannette Walls and her siblings somehow escape their difficult childhood. While her parents choose to remain homeless, Jeannette finds her way to New York to create a better life for herself. This is a powerful memoir about family, love and loyalty.

Speaking of books with strong sexual scenes, here are 17 more books like Fifty Shades of Grey that will have you blushing.

Looking for Alaska by John Green

Banned for: “Inappropriate language” and “too racy to read”

Miles moves from the safety of his home into a boarding school in search of the “Great Perhaps” and nothing will ever be the same. When he befriends the elusive and enigmatic Alaska and eventually falls in love, he comes face-to-face with death and learns the value of life and love.

Check out these YA novels everyone should read, which include’s John Green’s The Fault in Our Stars>> 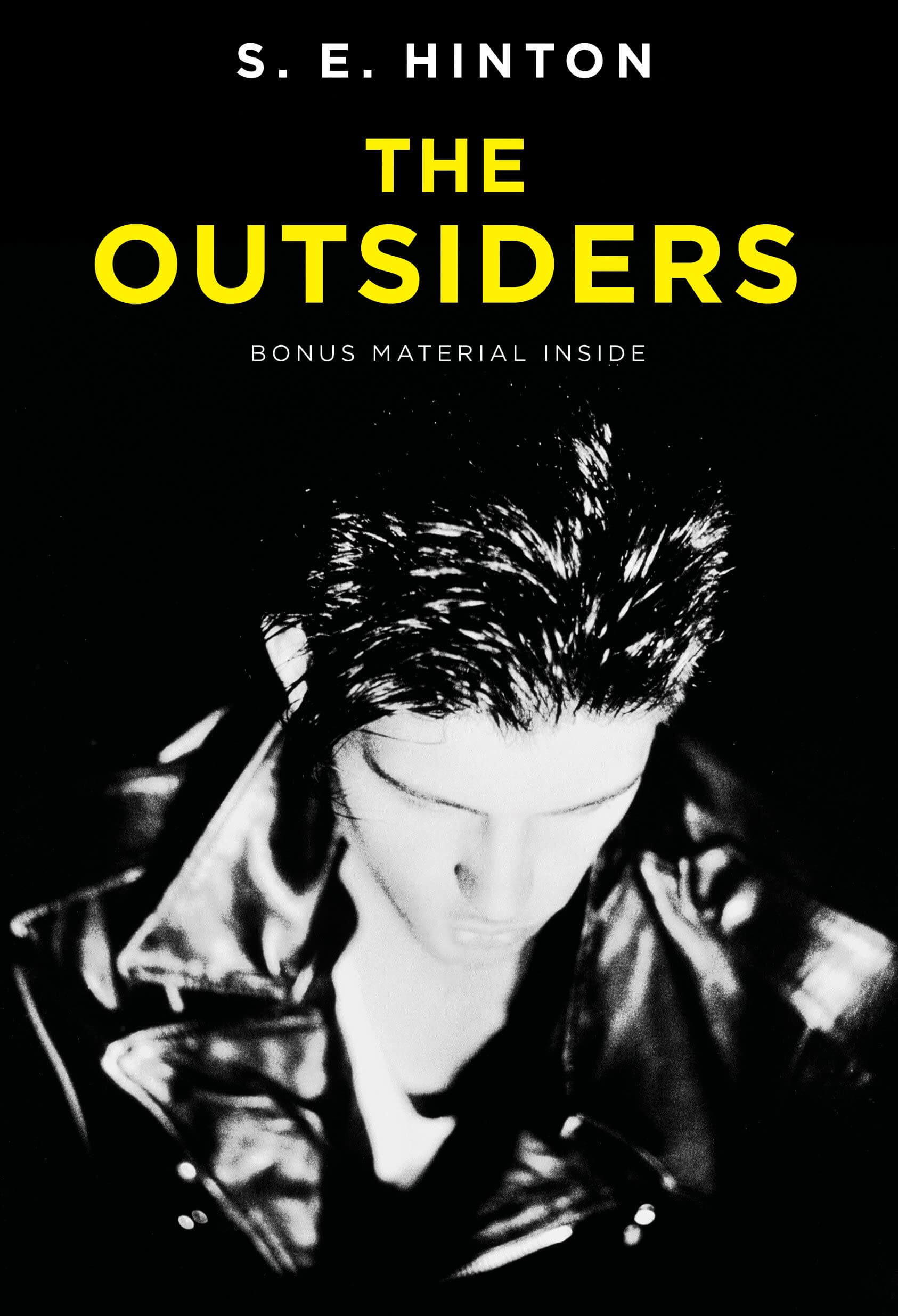 The Outsiders by S. E. Hinton

Banned for: “Alleged depiction of controversial and ungodly themes” 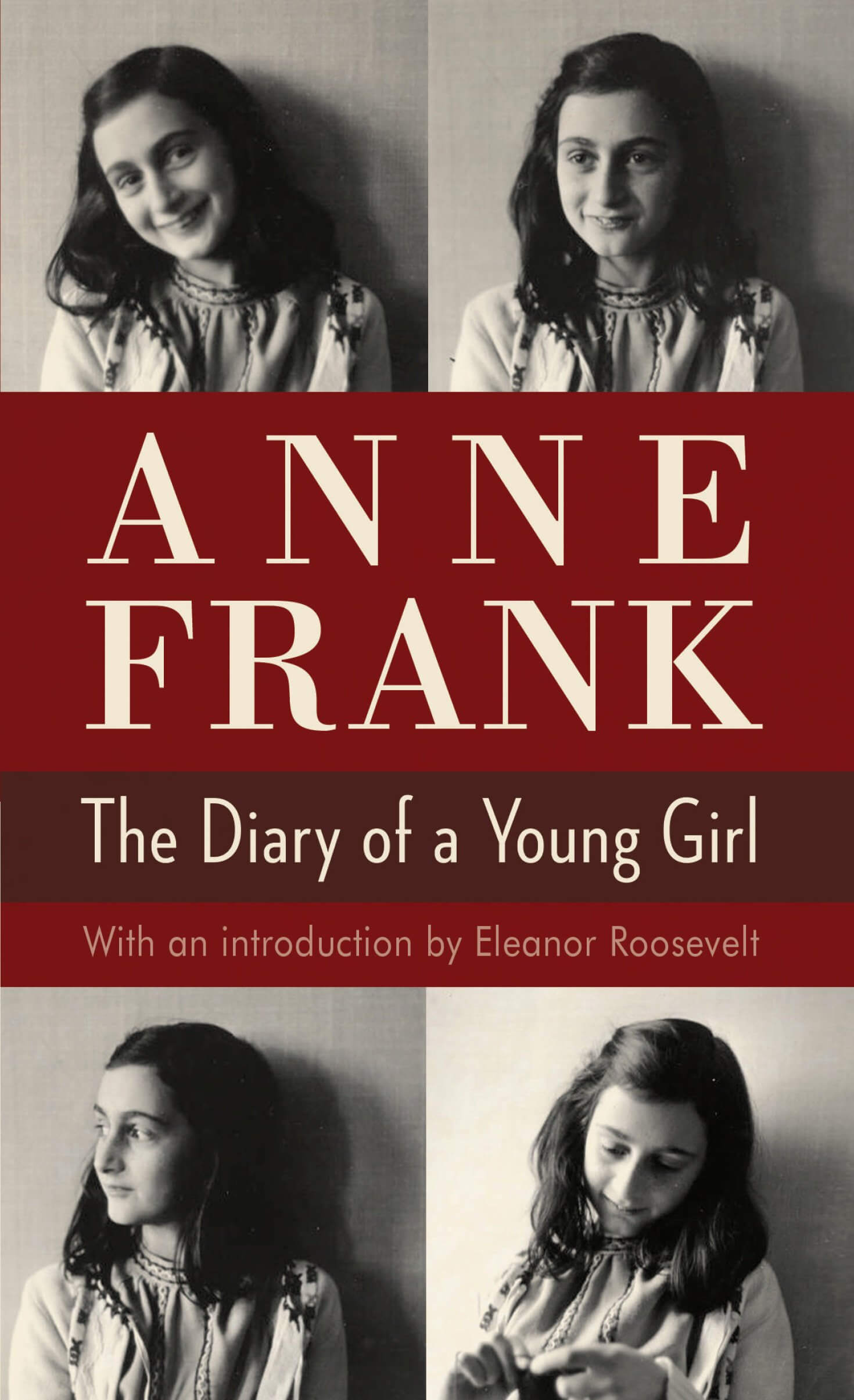 Anne Frank: The Diary of a Young Girl by Anne Frank

Hidden from the outside world, Anne Frank and her family lived secretly in order to avoid the Nazis. Her diary details her experience about what it was like to be in hiding, and she also shares honestly about her family, going hungry, growing up, boredom and the fear of being discovered. At times humorous and completely honest, this classic is a thoughtful look at human courage and strength from a young girl’s perspective. 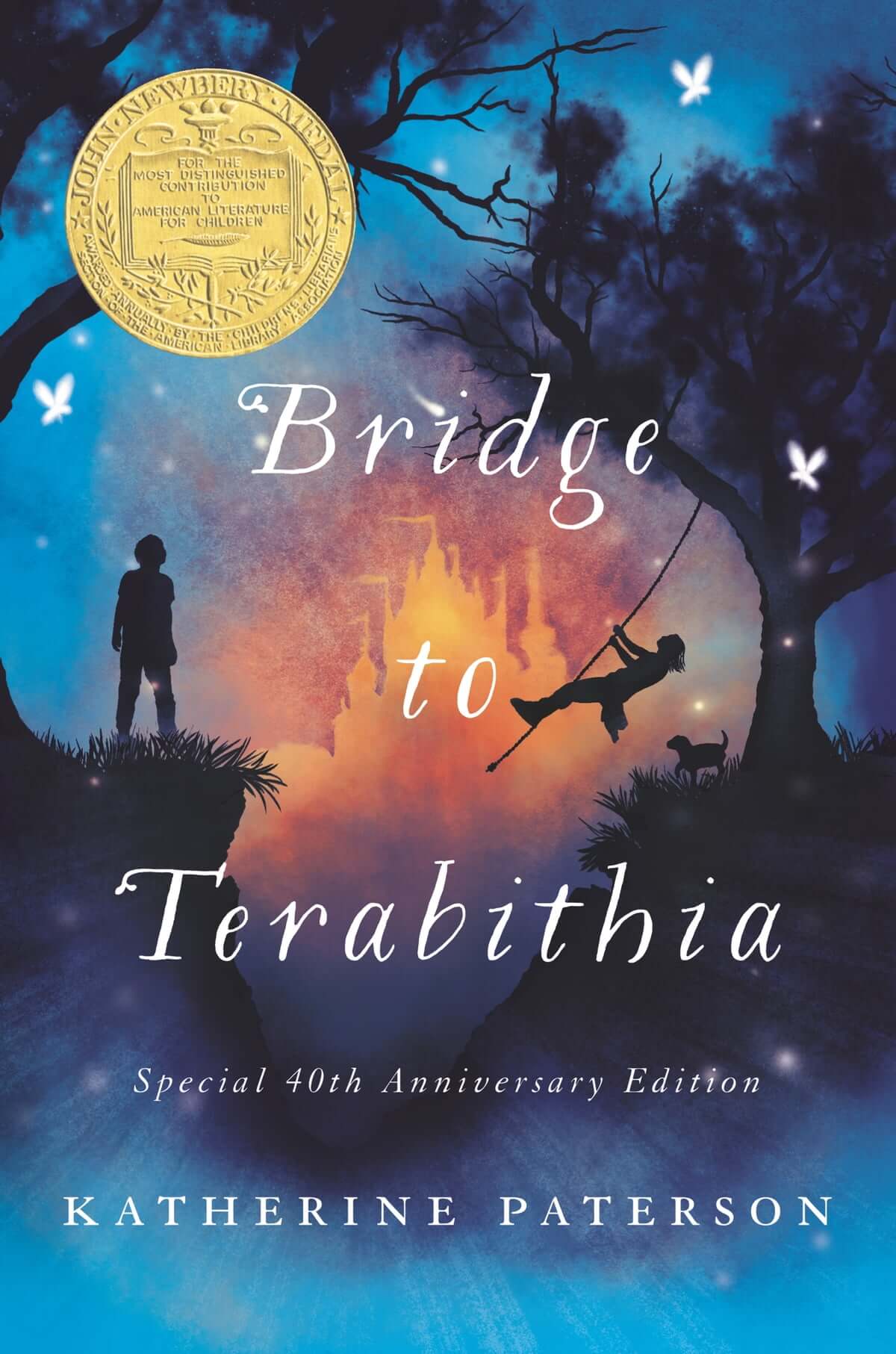 Bridge to Terabithia by Katherine Paterson

Banned for: “References to witchcraft and atheism and a lot of swearing”

Despite the new girl outrunning Jess, who was the fastest runner in fifth grade, he befriends Leslie immediately. The two spend days in the woods, creating an imaginary land called Terabithia. When Leslie heads to Terabithia one day without Jess and a tragedy occurs, Jess must find a way to deal with his grief and will do so through the help of his family and through the love and strength Leslie had given to him.

Go Ask Alice is the story of a girl who gets addicted to drugs when she participates in a dangerous party game. The story is a look at the downward spiral of what can happen when a normal teen with a good home and family becomes addicted. Her innocence and youth are ruined, and ultimately, Alice loses her life because of her drug addiction. 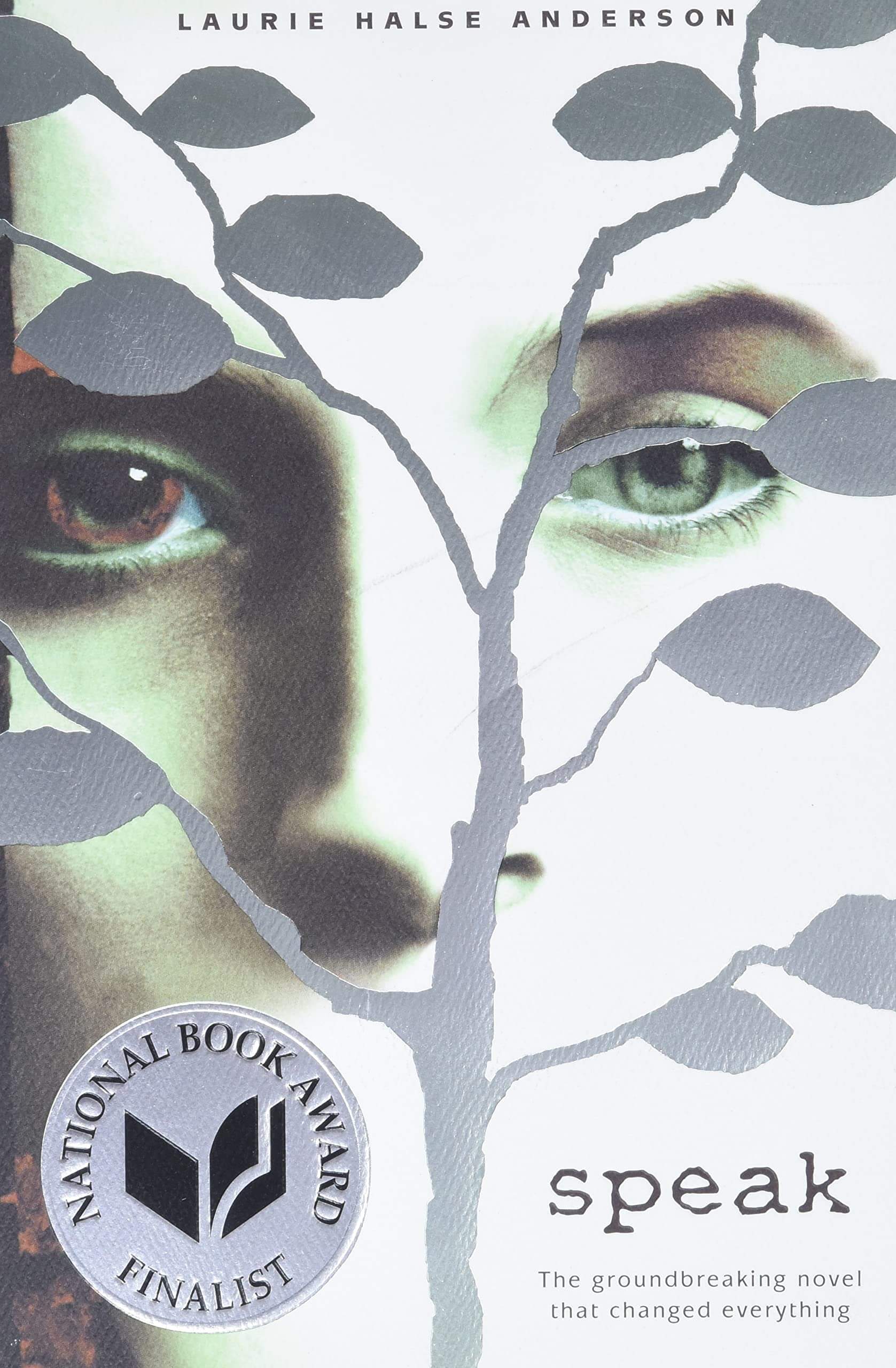 Banned for: “Soft-pornography” and “glorifies drinking, cursing, and premarital sex”

When Melinda calls the cops at an end-of-summer party, she quickly becomes the school outcast. But no one knows what happened that night except for Melinda. Raped by an older student, she finds solace in her art class, where she will finally be able to come to terms with what happened to her and learn to speak up for herself.

Banned for: “It’s basically a sexual ‘how-to-do’ book for junior high students. It glamorizes [sex] and puts ideas in their heads” and “sexually provocative reading”

The quintessential teen first love story Forever is a classic in its own right. Michael and Katherine are in love and she has decided to lose her virginity with him. But when they are separated over the summer, can their love withstand obstacles, and does first love have to end, or does it always last forever, even if the relationship doesn’t?

Here are 40 quotes for kids about the power of reading>>

Banned for: “Statements defamatory to minorities, God, women and the disabled” and “too explicit for students”

In the Republic of Gilead, women are now forbidden to read and are valued only for their viable ovaries. Offred used to have a normal life, with a husband and daughter, where she could work, make money and think on her own, but things are different now, and she must acquiesce to the new rules in order to survive. 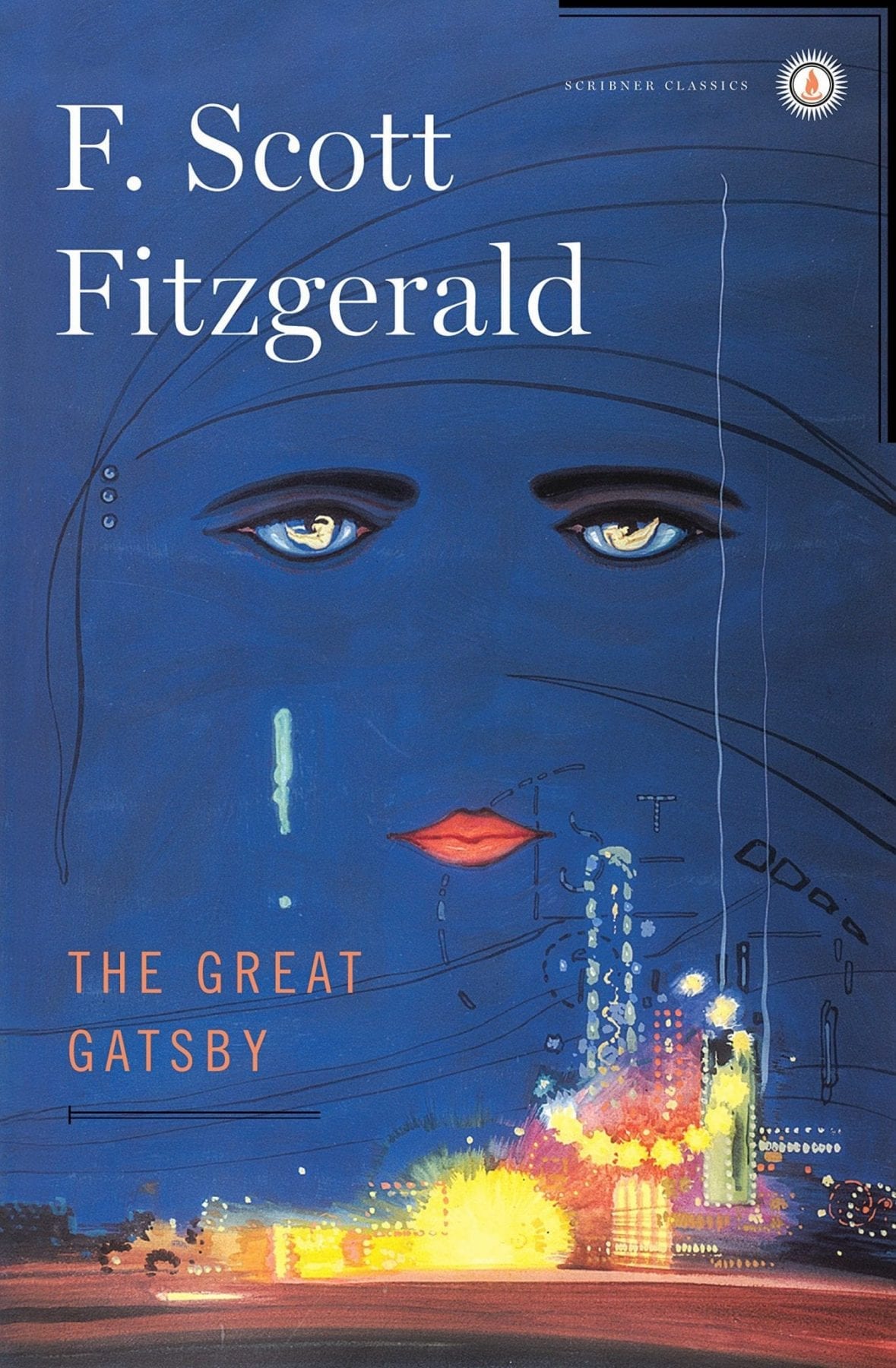 Banned for: ”Language and sexual references”

Elegant parties and the mysterious Jay Gatsby are at the crux of this novel of the Jazz Age. When neighbor Nick gets caught up in Gatsby’s fascinating world, he is thrown into the midst of his obsession with former love Daisy Buchanan. Soon, however, tragedy will find its way into the glamour and mystery of the great Gatsby and all those near and dear to him.

Now The Great Gatsby is seen as a classic. Here’s the books you should check out if you love the classics>> 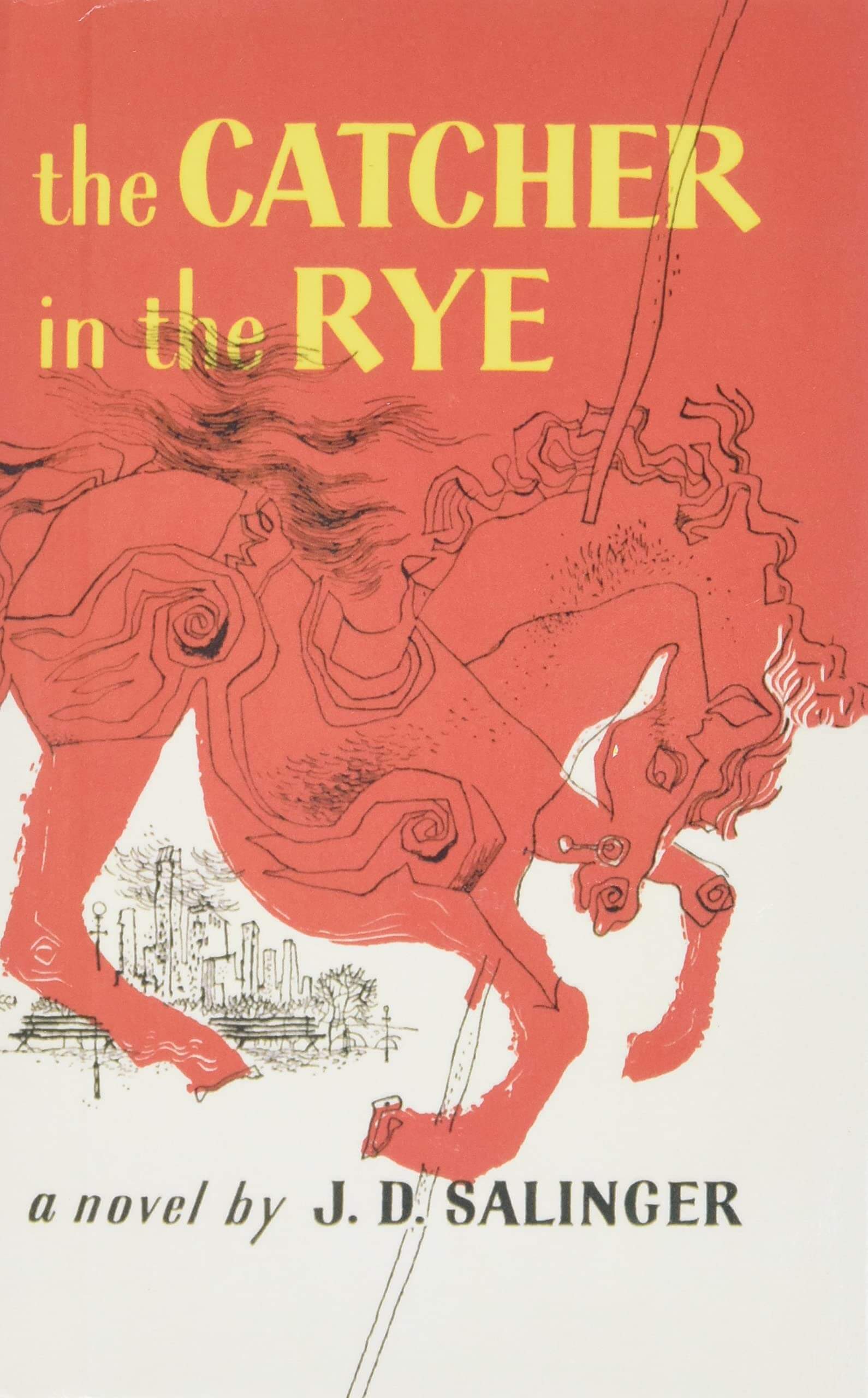 The Catcher in the Rye by J. D. Salinger

A renowned classic, The Catcher in the Rye is about sixteen-year-old Holden Caulfield and his struggle to remain protected in his childhood innocence. When he’s expelled from school yet again, Holden decides to return to Manhattan, New York, where he spends three days wandering around and encountering people from his past. Holden’s narration exposes him as a cynical, grieving young man with intense feelings and a distrust of adults. A complex novel about one boy’s struggle to leave his childhood behind, The Catcher in the Rye is a heart-wrenching, poignant story. 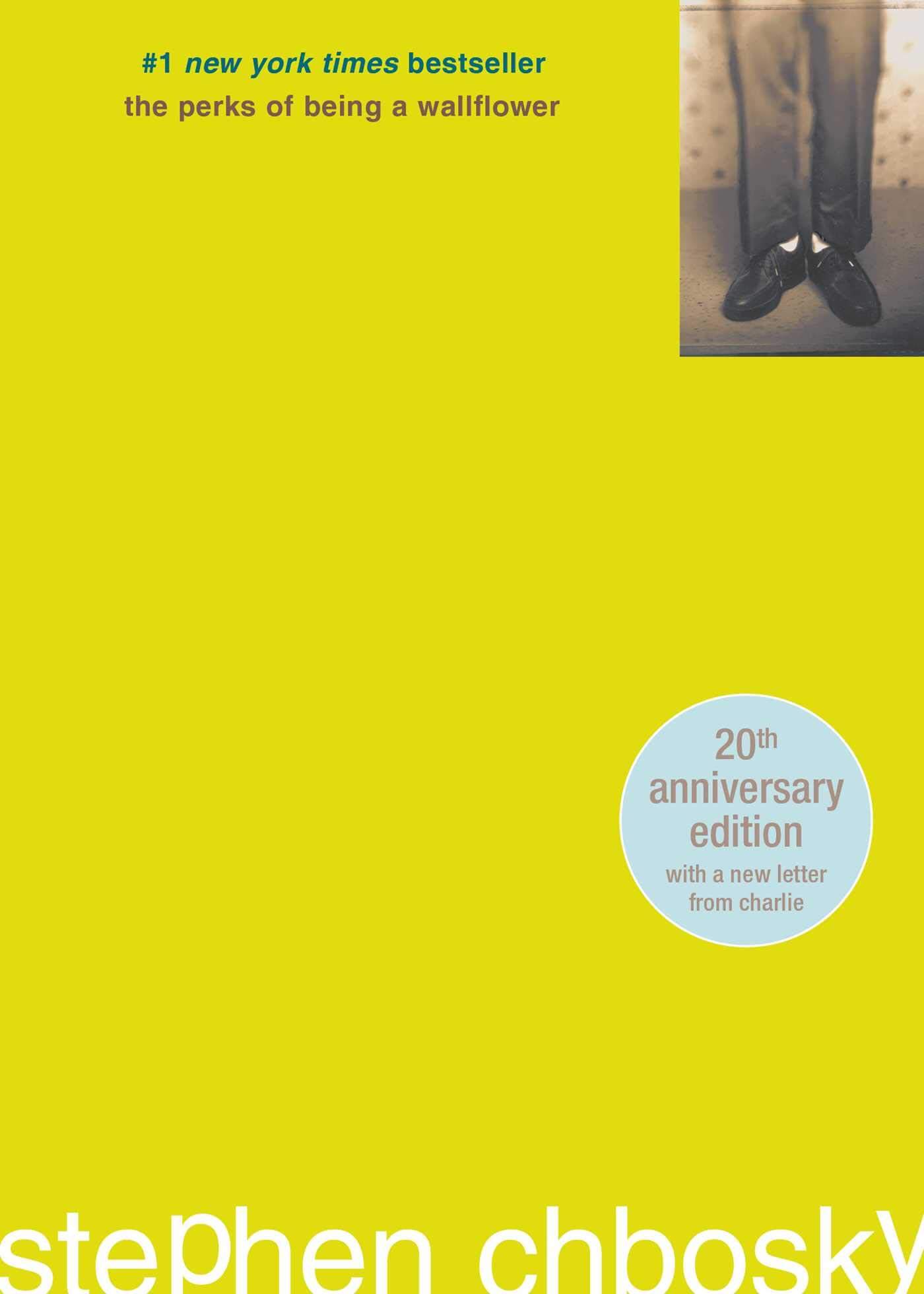 The Perks of Being a Wallflower by Stephen Chbosky

Banned for: “Sexual content, and glorification of alcohol use and drugs” and “offensive language”

The Perks of Being a Wallflower is another novel that chronicles the struggles of growing up and discovering oneself. This story is told in the form of letters from Charlie, a high school student attempting to navigate the world of young adulthood. Charlie recounts his experiences as he forms friendships, goes on dates, makes mistakes, and uncovers hard and painful truths. Full of heartwarming prose and powerful messages, The Perks of Being a Wallflower is a deeply moving coming-of-age story. 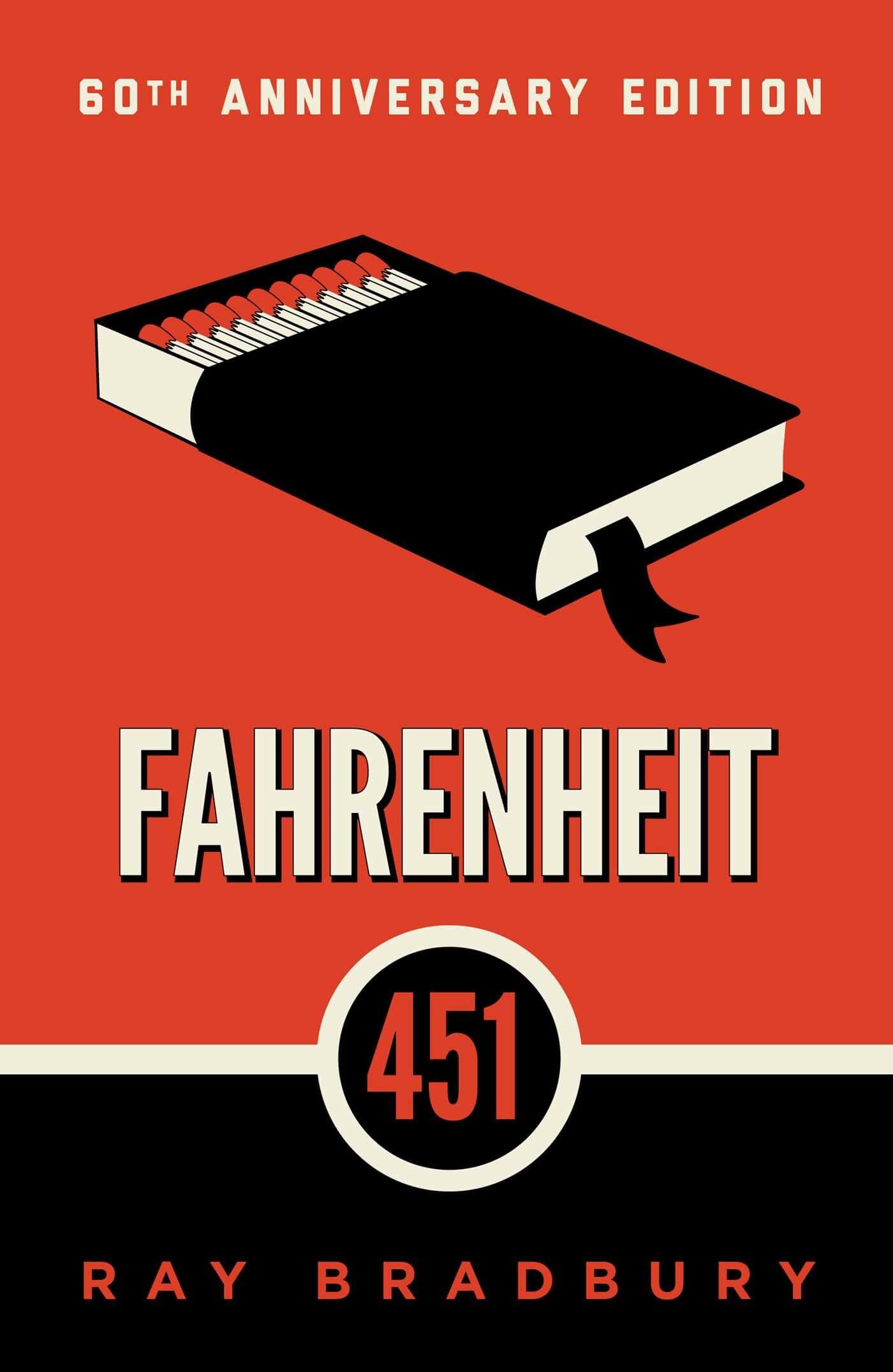 Banned for: “Vulgarity and discussions about drugs”

Fahrenheit 451 was published sixty years ago, and its message is still as relevant today as it was then – if not more so. The story follows a fireman whose job is to destroy books – an illegal commodity – and the places in which they are hidden. He doesn’t question the significance of his work until he meets a peculiar young neighbor who reveals to him a past where the evils of censorship did not force people to live in fear. When she introduces him to a world where books and the valuable ideas within them are not so dangerously restricted, everything changes. 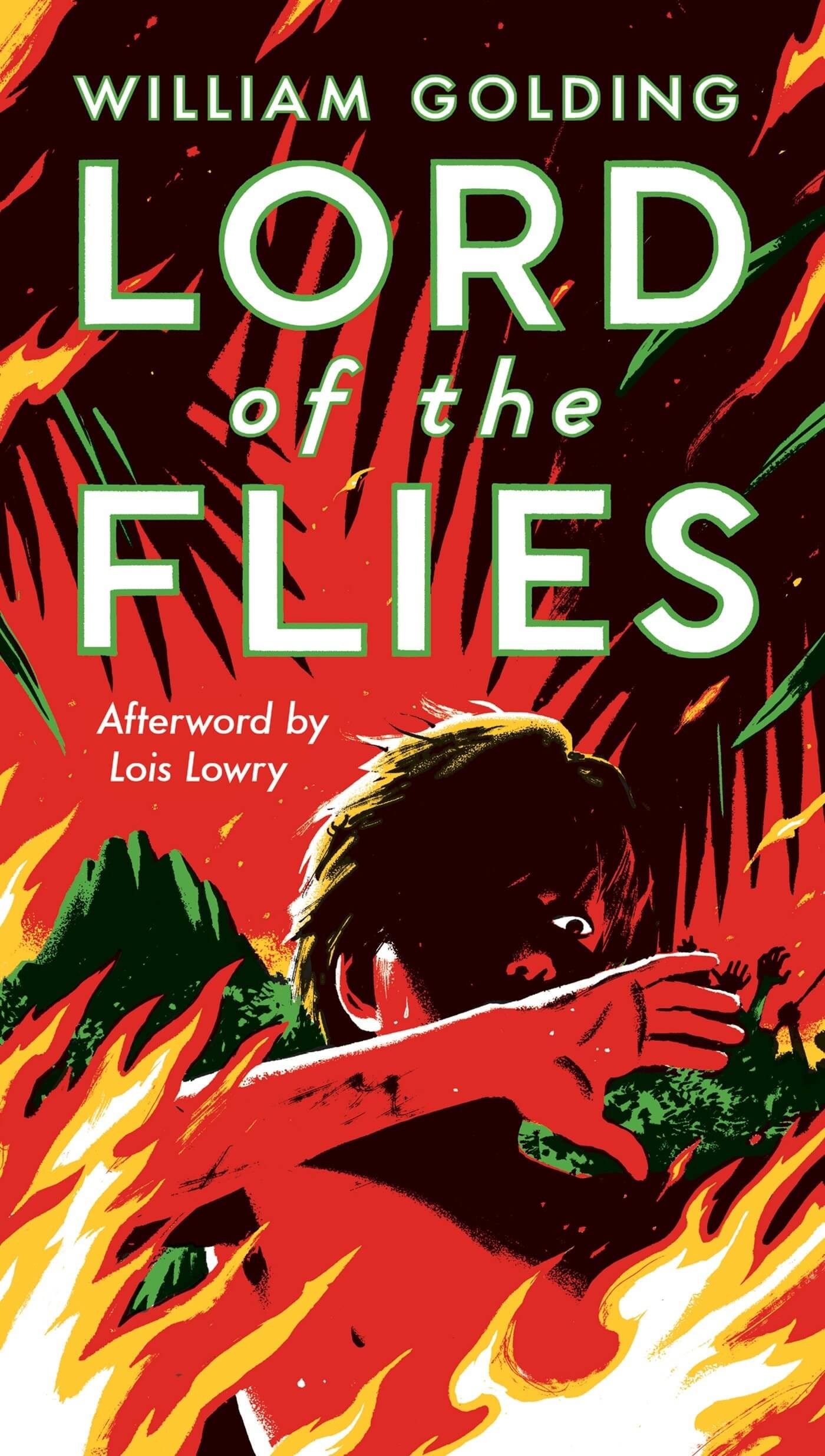 Lord of the Flies by William Golding

As the next world war looms closer, a plane full of schoolboys crashes on a deserted island. Stranded and without supervision, the boys must find a way to create their own society and establish a sense of order. But as fear takes over and strange noises echo in the dark, the structure they’ve created collapses – and so does their hope of being rescued. A legendary tale about the bounds of civilization and the loss of innocence, Lord of the Flies is both fascinating and haunting. 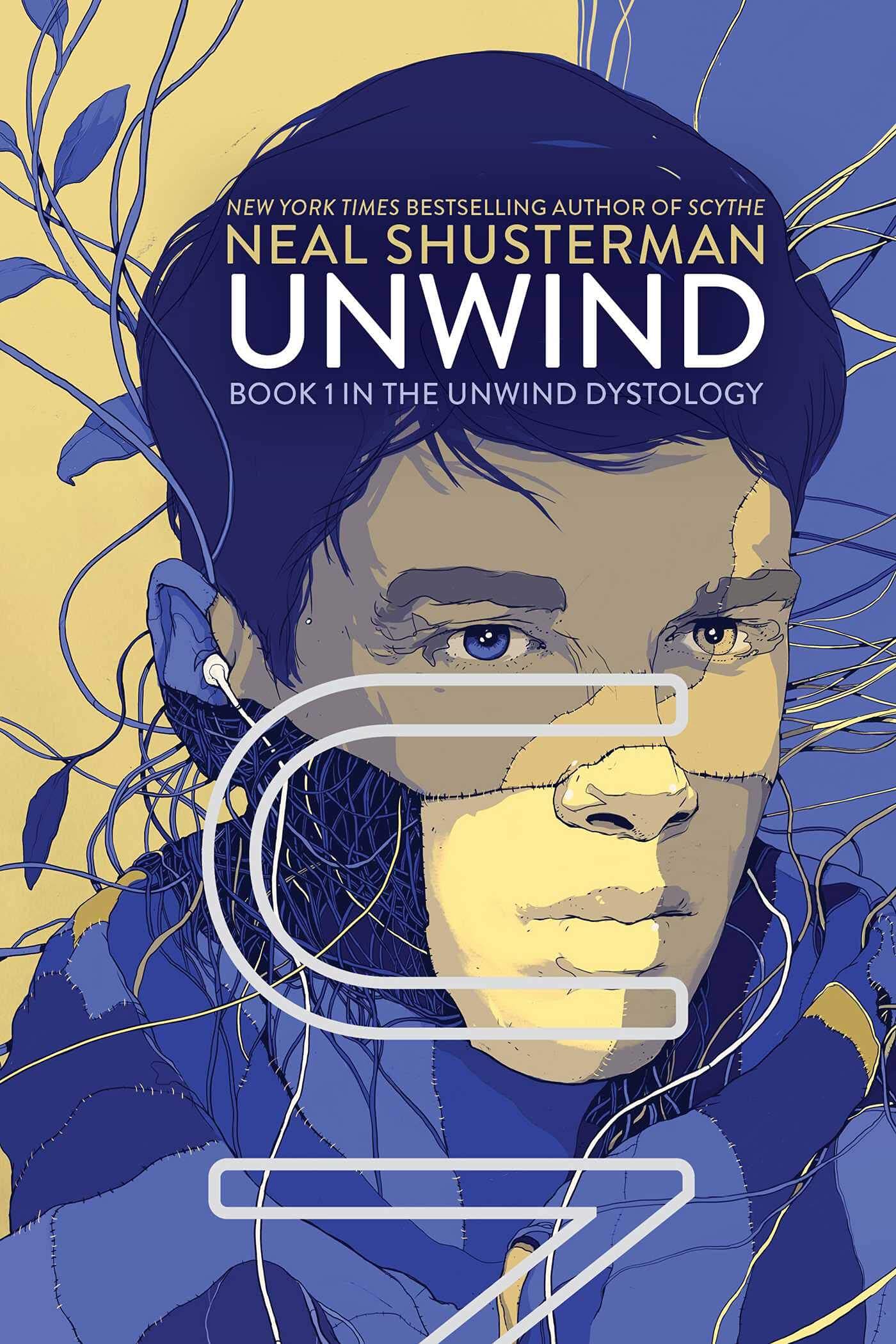 Told from three different perspectives, Unwind depicts a dystopian future in which parents can have their children “unwound.” Between the ages of thirteen and eighteen, parents can decide to have their child’s organs transplanted into different donors – not technically killing the child, but no longer having to bear the responsibility of raising them. Risa, an orphan, is not special enough to be kept whole; Connor is too rebellious for his parents to control; and Lev is a child specifically conceived for unwinding. Together, they must find a way to escape this terrifying fate.