If you’re a fan of E.L. James and the Fifty Shades series featuring the steamy duo of Christian Grey and Anastasia Steele, we have the perfect sizzling lineup for you! Here are 26 sexy books like Fifty Shades of Grey. Want more? Be sure to read our list of steamy short stories to binge. 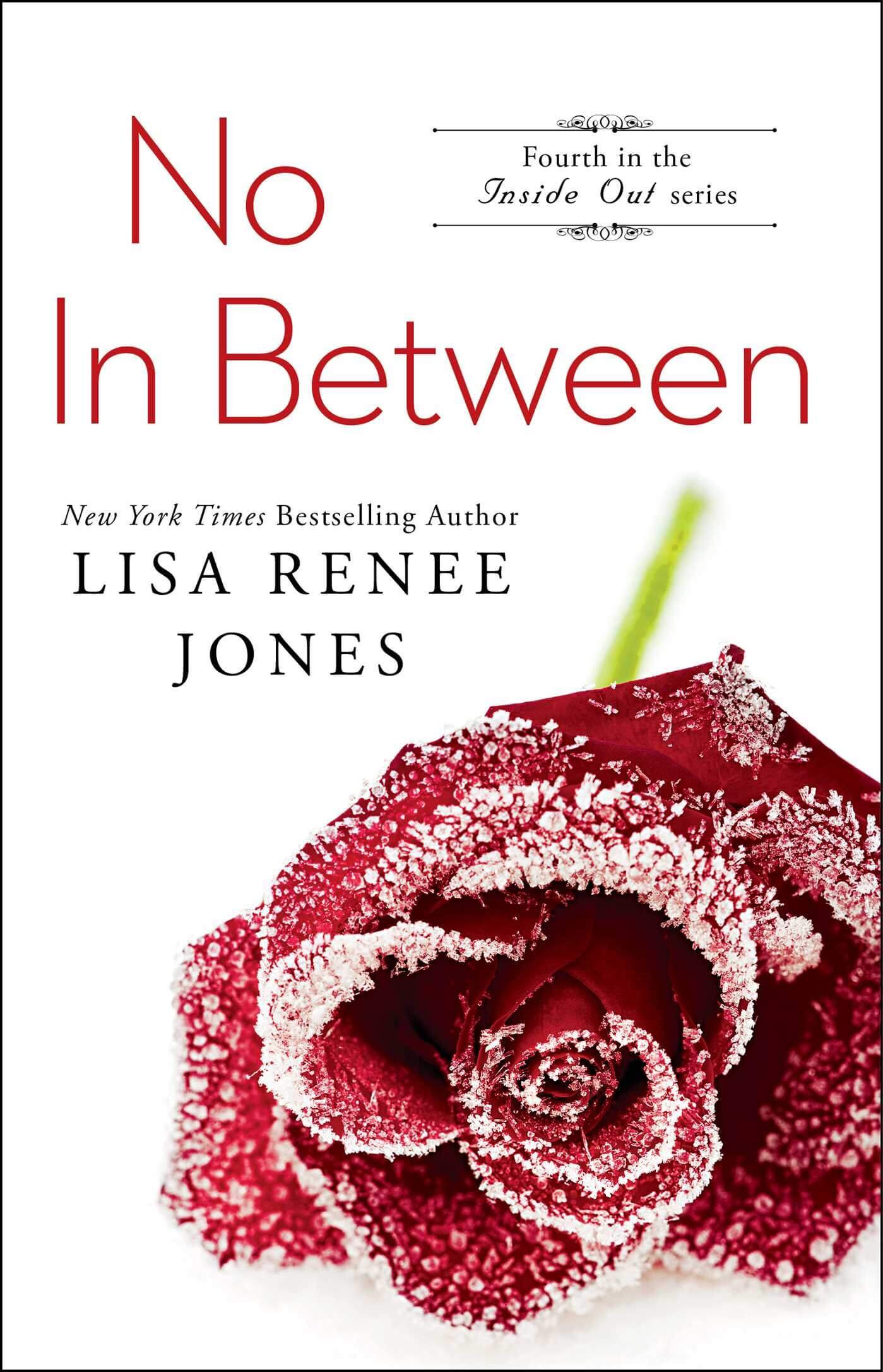 No in Between by Lisa Renee Jones

A suspenseful, steamy romance. As Chris and Sara’s relationship grows stronger in this fourth book of the Inside Out series, they feel that nothing can keep them apart. Even when, suddenly, they find themselves in the middle of a police investigation and a secret from Chris’ past suddenly comes to light. Their bond is unbreakable. 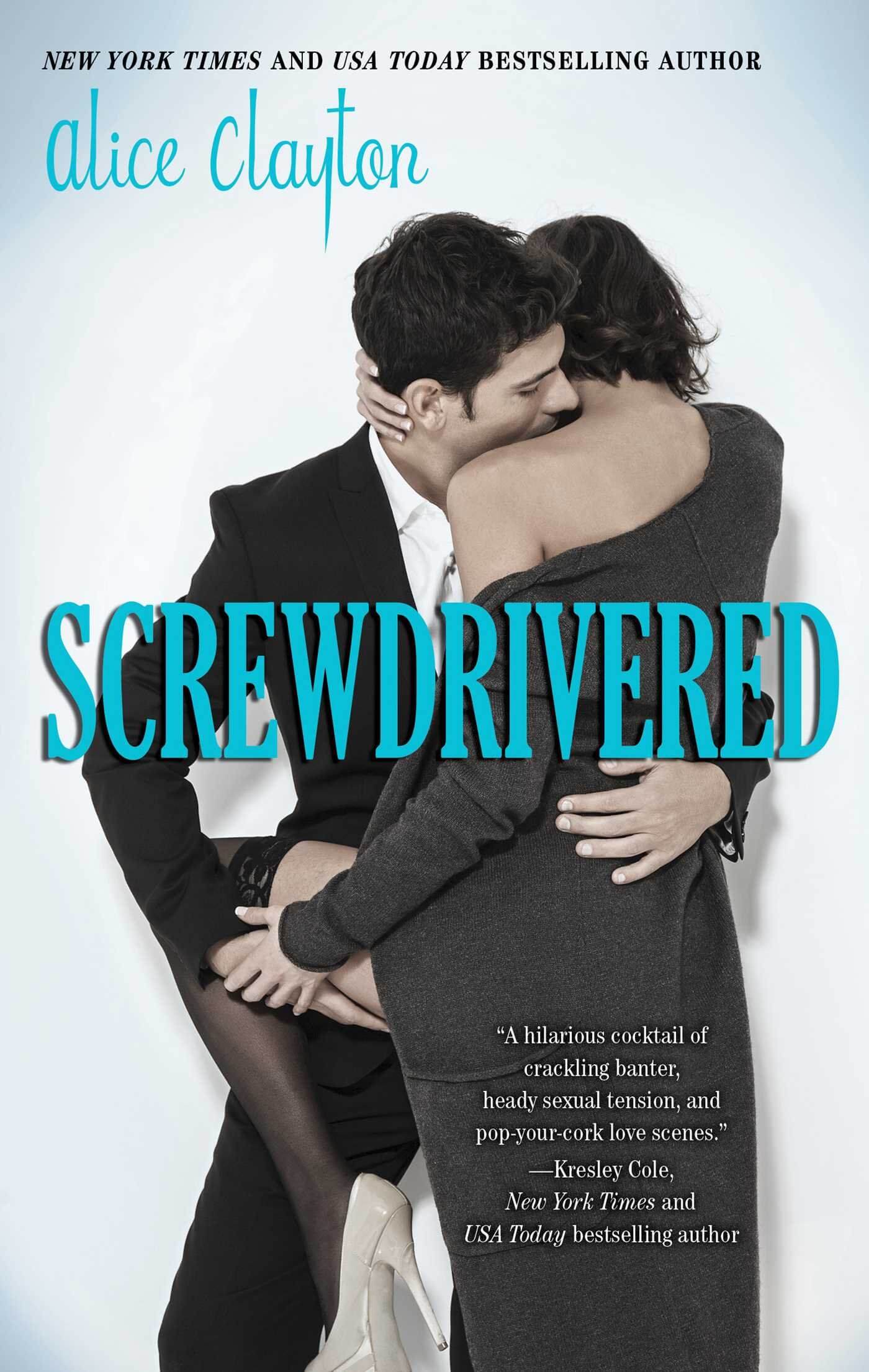 Vivian is a no-nonsense software engineer by day, but she spends her nights swooning over romance novels. When she receives life-changing news that she’s inherited a house in Mendocino, California, she takes a chance and moves across country, ready for an adventure. And adventure she finds when she meets the sexy cowboy, Hank, who ignites all kinds of feelings. But there’s another man, Clark Barrow, the town librarian, who has also caught her attention. 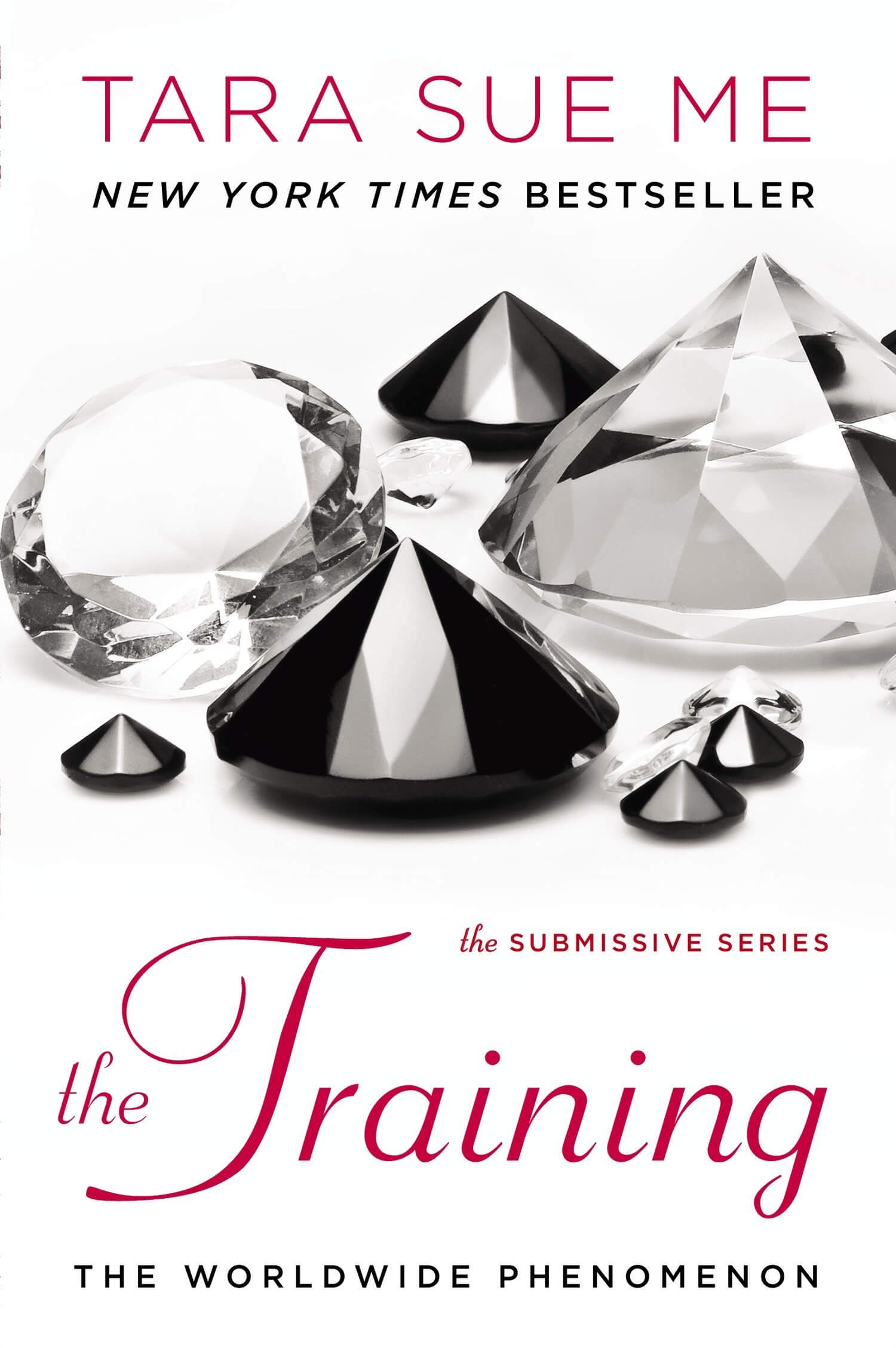 The Training by Tara Sue Me

Nathaniel West and Abby King agree to have one weekend of pleasure, no strings attached. But Nathaniel is surprised to find that Abby is unlike other women he’s gone to bed with. And Abby is surprised to find a tender and caring man underneath Nathaniel’s typically cold exterior. An unexpected romance sparks, and Abby finds herself submitting to Nathaniel, letting him go further than anyone else has ever gone before. 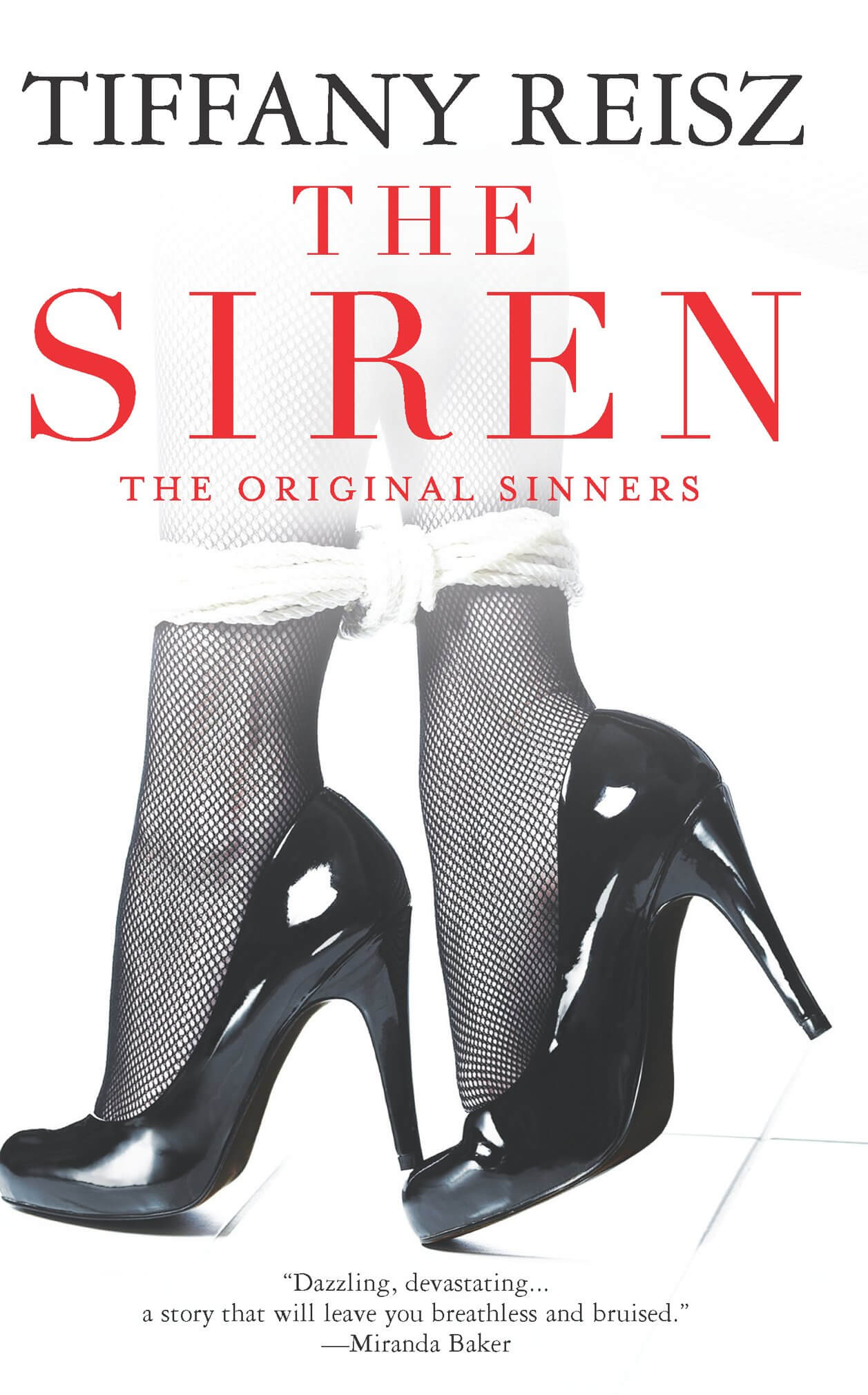 The Siren by Tiffany Reisz 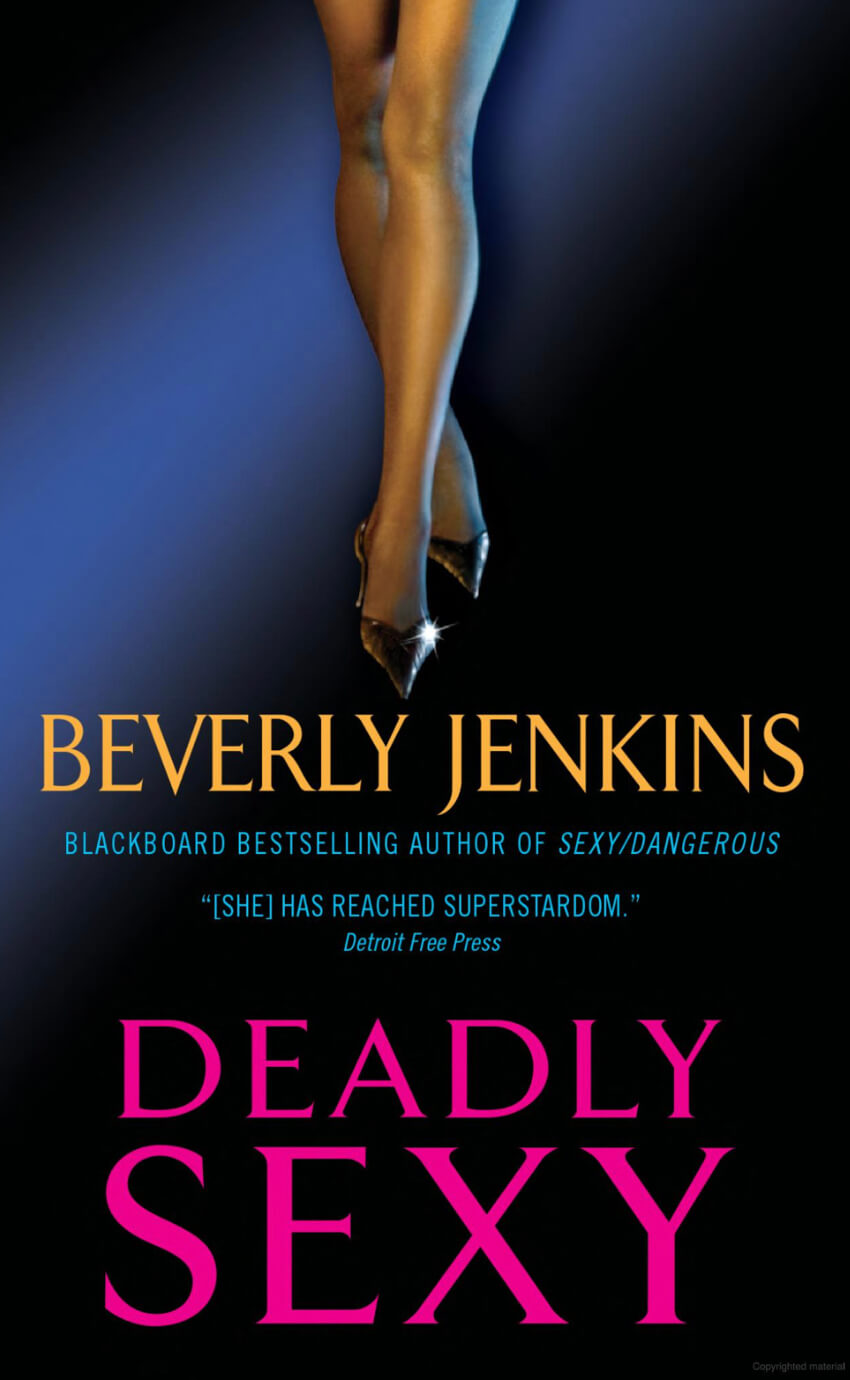 Jessi Terese Blake is a high-powered sports agent known for her  negotiation skills and the extravagant deals she lands for her clients. When her car breaks down on the freeway, she’s no ingénue needing to be rescued. Men typically have trouble keeping up with her, but the truck driver who agrees to give her a ride back to the city is no average Joe. A former cop and undercover detective, he may just have what it takes to keep Jessi’s attention all night long. 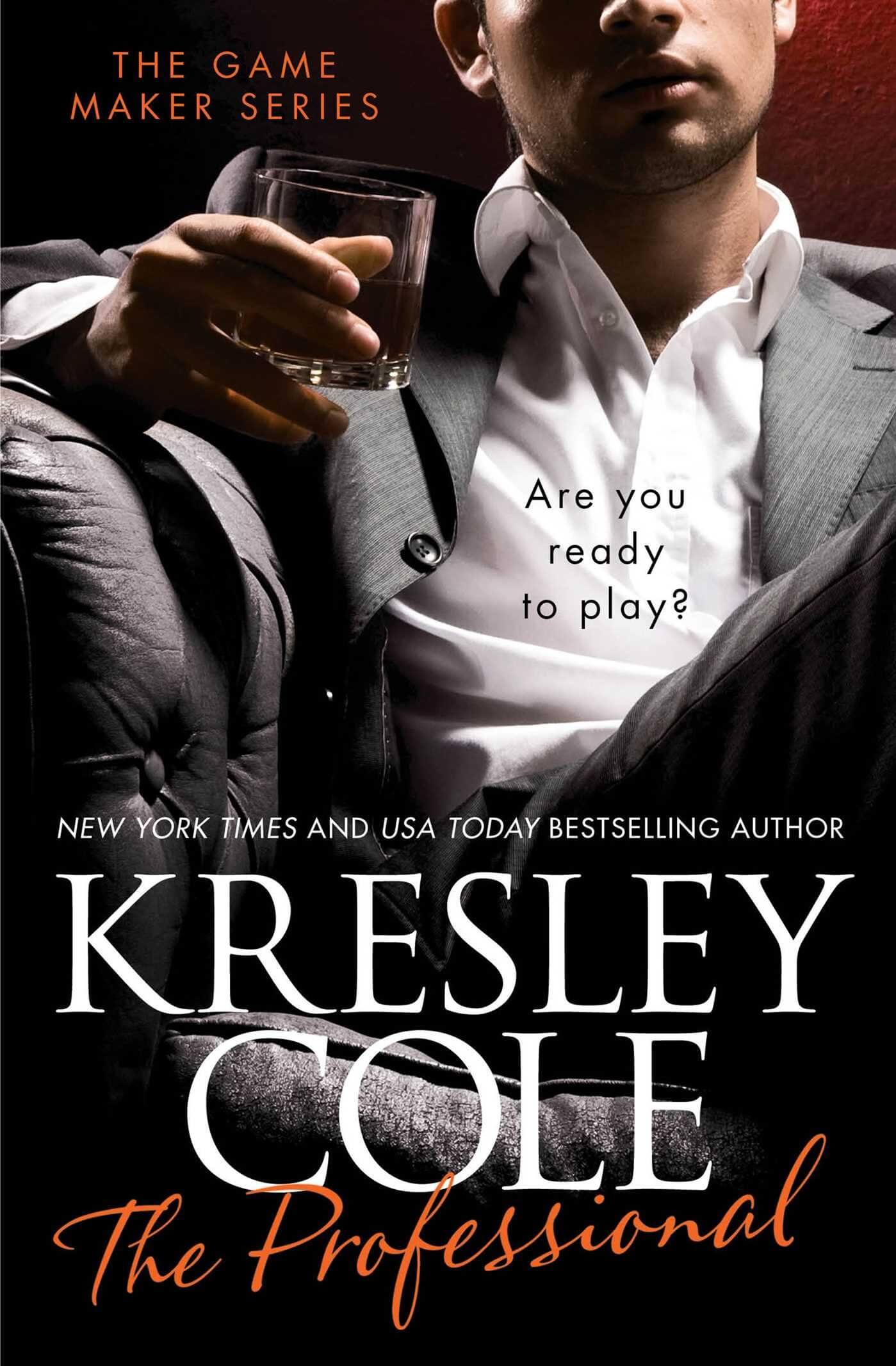 The Professional by Kresley Cole

Natalie Porter is a PhD student who can’t believe the breathtakingly gorgeous Sevastyan really exists. Before she can get over her awe, the professional hit man takes her to Russia. There, he thrusts her into a world of wealth and pleasure, where all the rules are meant to be broken.

Into steamy professional or medical romances? These will appeal to any fans of Grey’s Anatomy >> 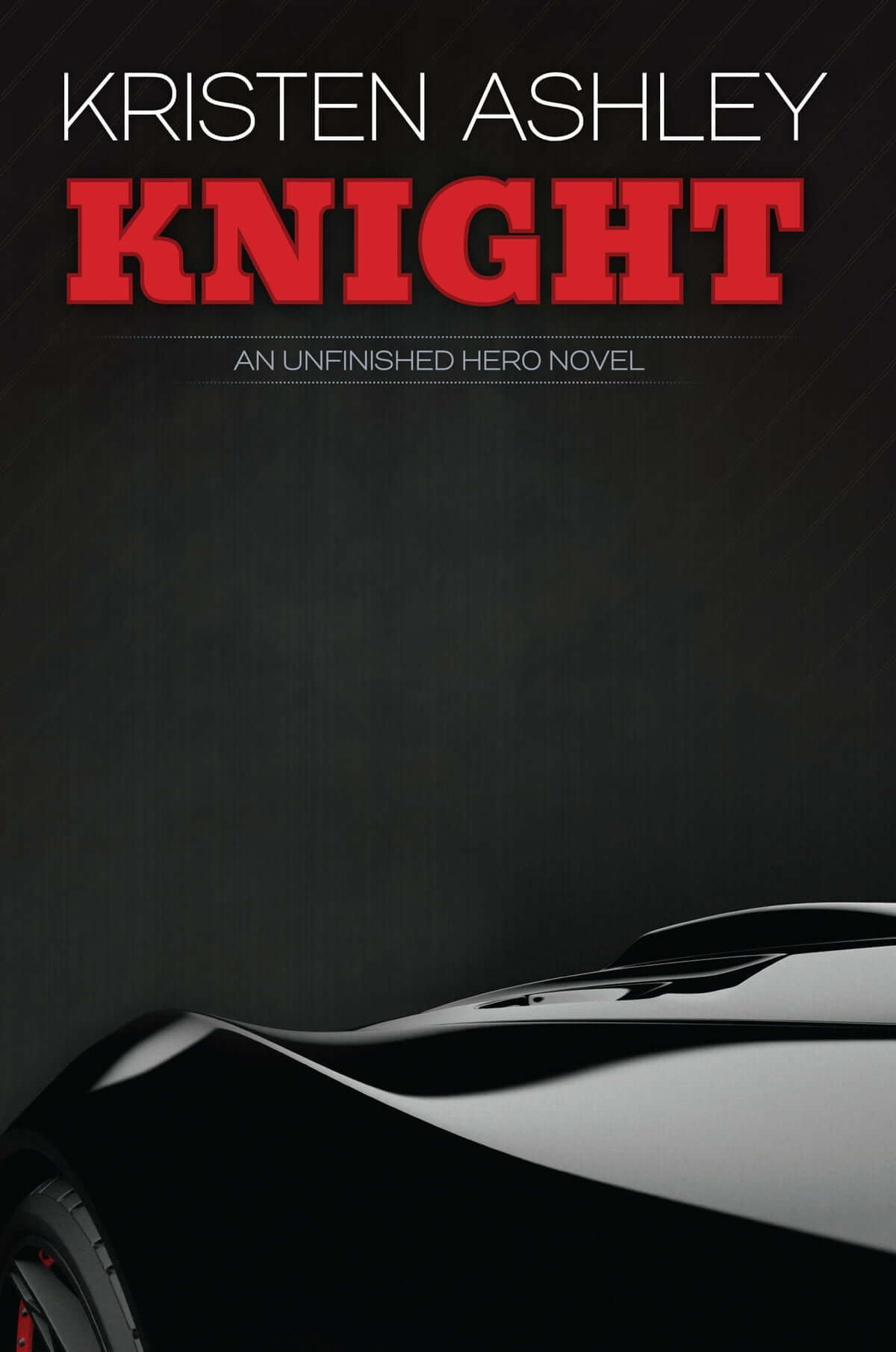 Anya Gage has learned that she must work hard in order to get where she wants in life. Because of this, she lives without any expectations or dreams. Her whole life’s philosophy changes the moment she meets Knight at a party. Knight gets what he wants in life too, but he knows who he is, what he wants, and what he likes. Knight won’t stop until he gets it. 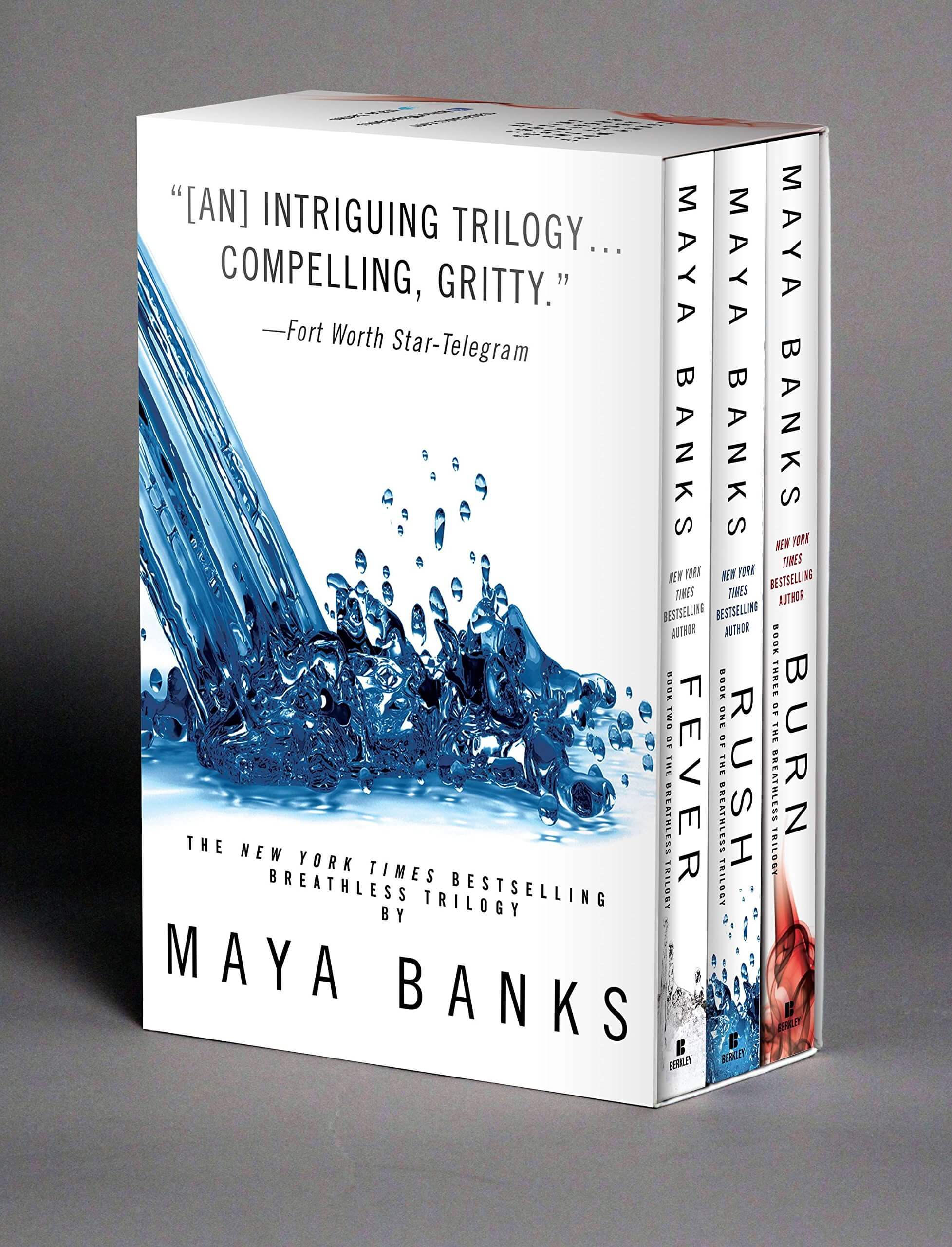 The Breathless Trilogy by Maya Banks

RUSH…When Gabe saw his best friend’s not so little sister Mia walk into the ballroom, he knew he was going to hell for his dirty plans.

FEVER…Jace, Ash, and Gabe are the wealthiest most powerful men in the country, who get anything they want. For Jace, that means a woman whose allure takes him by surprise.

BURN…Ash is wild when it comes to sex, and he demands control. Then he meets Josie, who drives him to the edge of desire. 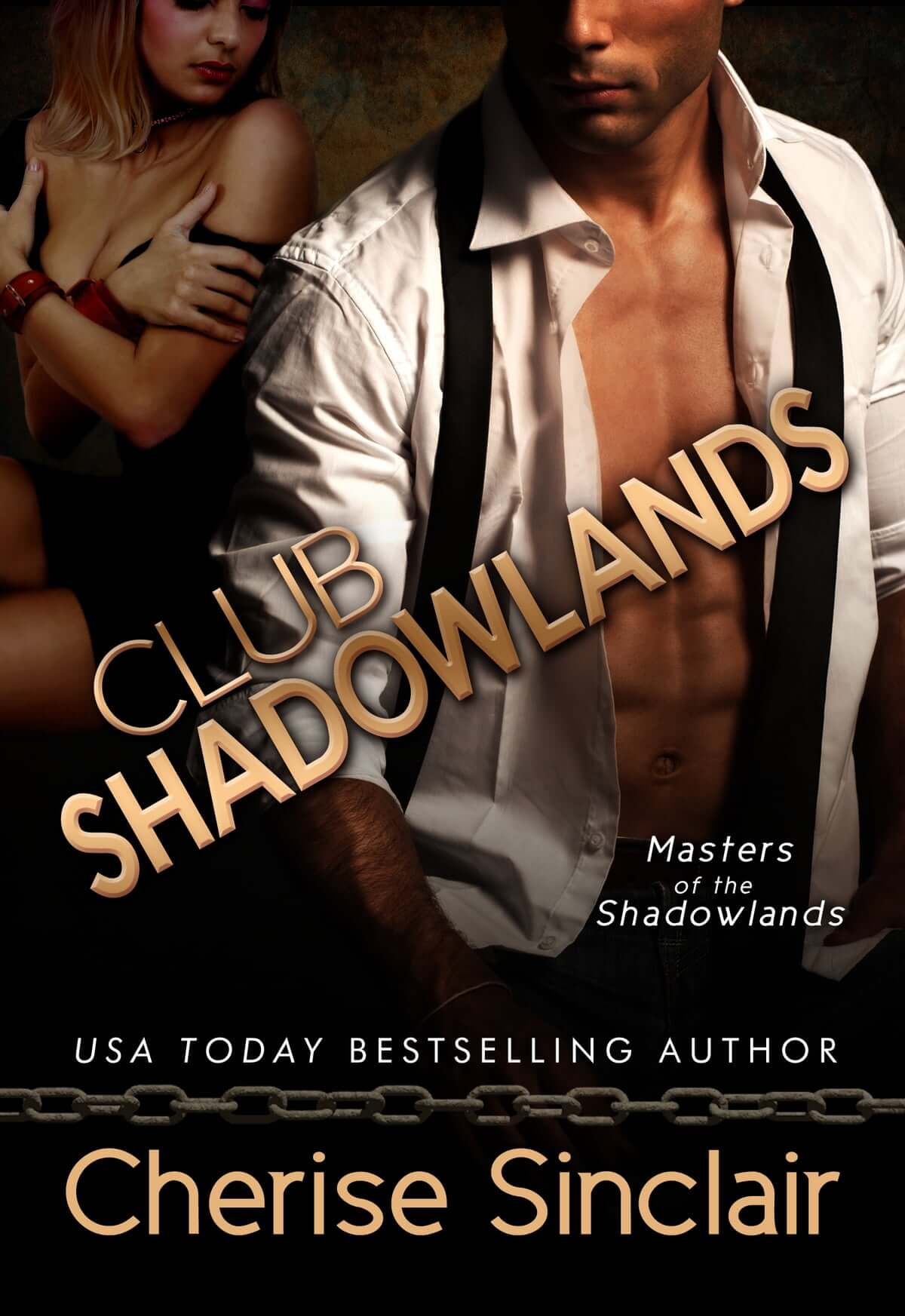 Jessica enters the dark and seductive world of the shadowlands, only to find out that this world is much more than she bargained for. Mistakenly, she attracts Master Z. He will get anything he wants- and that means Jessica. 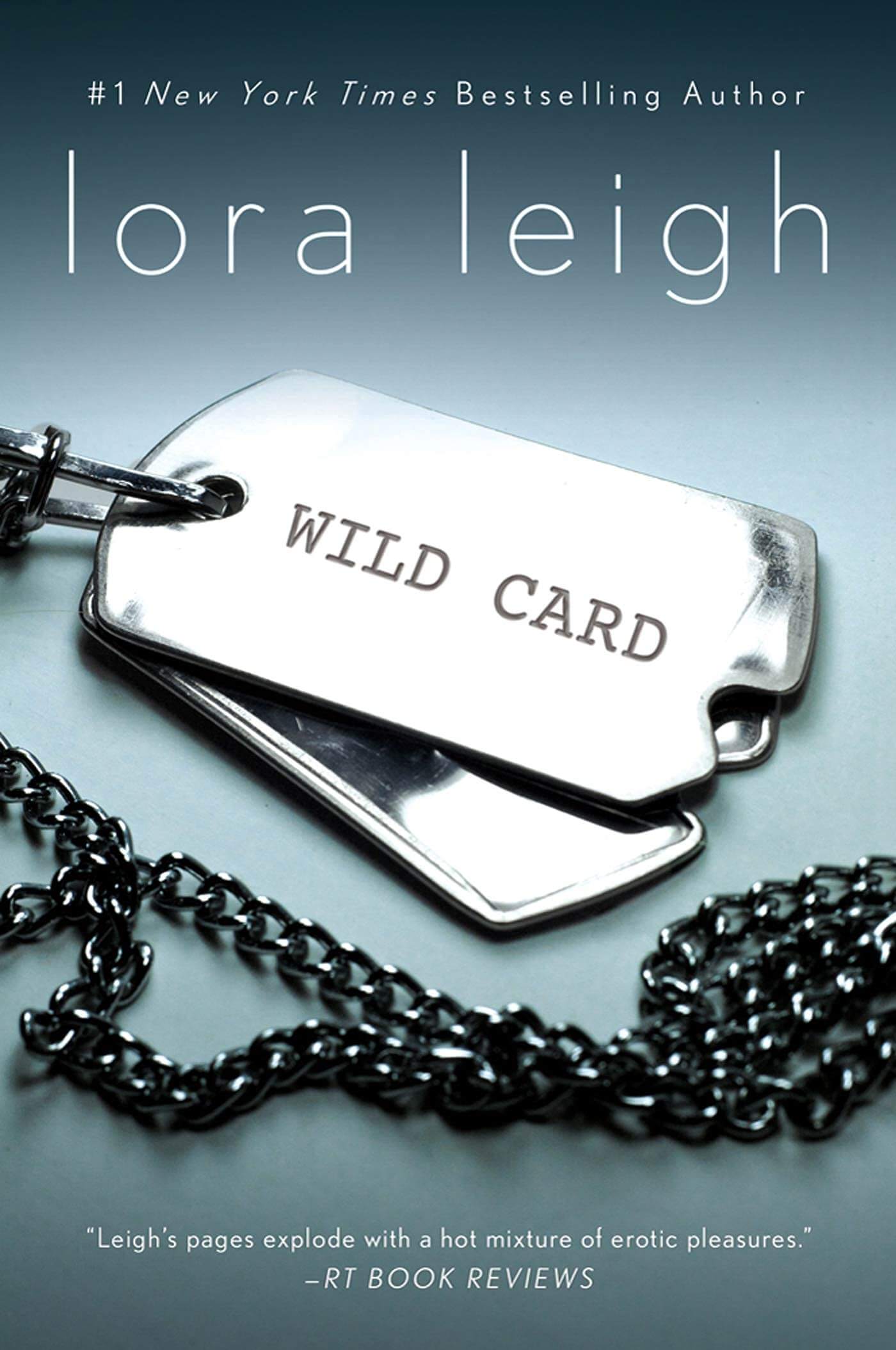 Navy SEAL Nathan Malone had it all planned out. Simply enough, he just had to rescue the young girls from the Colombian cartel and then allow himself to be captured as a stalling tactic to draw out a government spy. But life as a Navy SEAL is not meant to be simple… 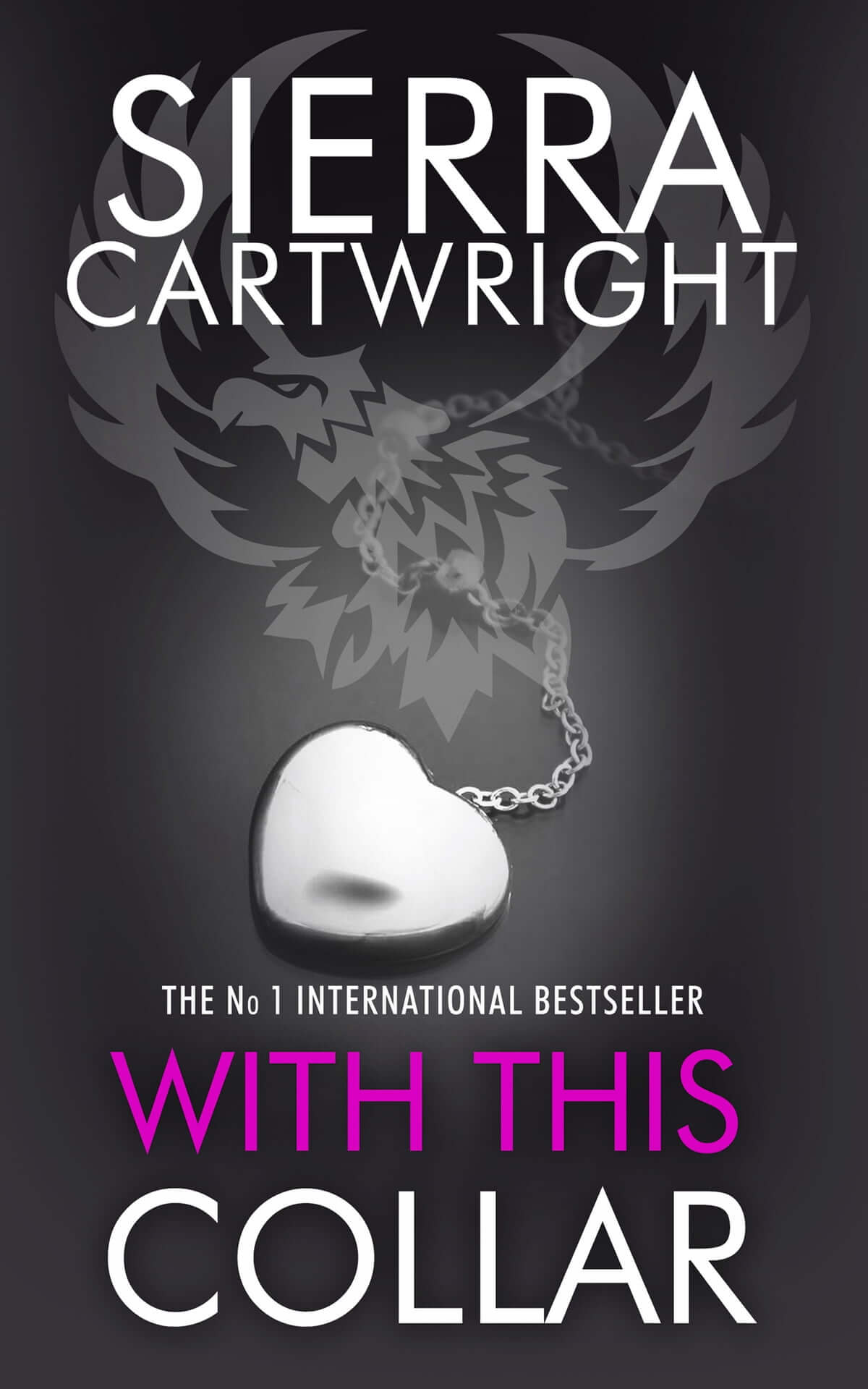 With This Collar by Sierra Cartwright

Julia wants nothing to do with domineering men. Then Marcus comes along, and suddenly Julia can’t resist him. Julia agrees to submit to the Master for only one evening, only to discover that as time goes on, the further away freedom seems. 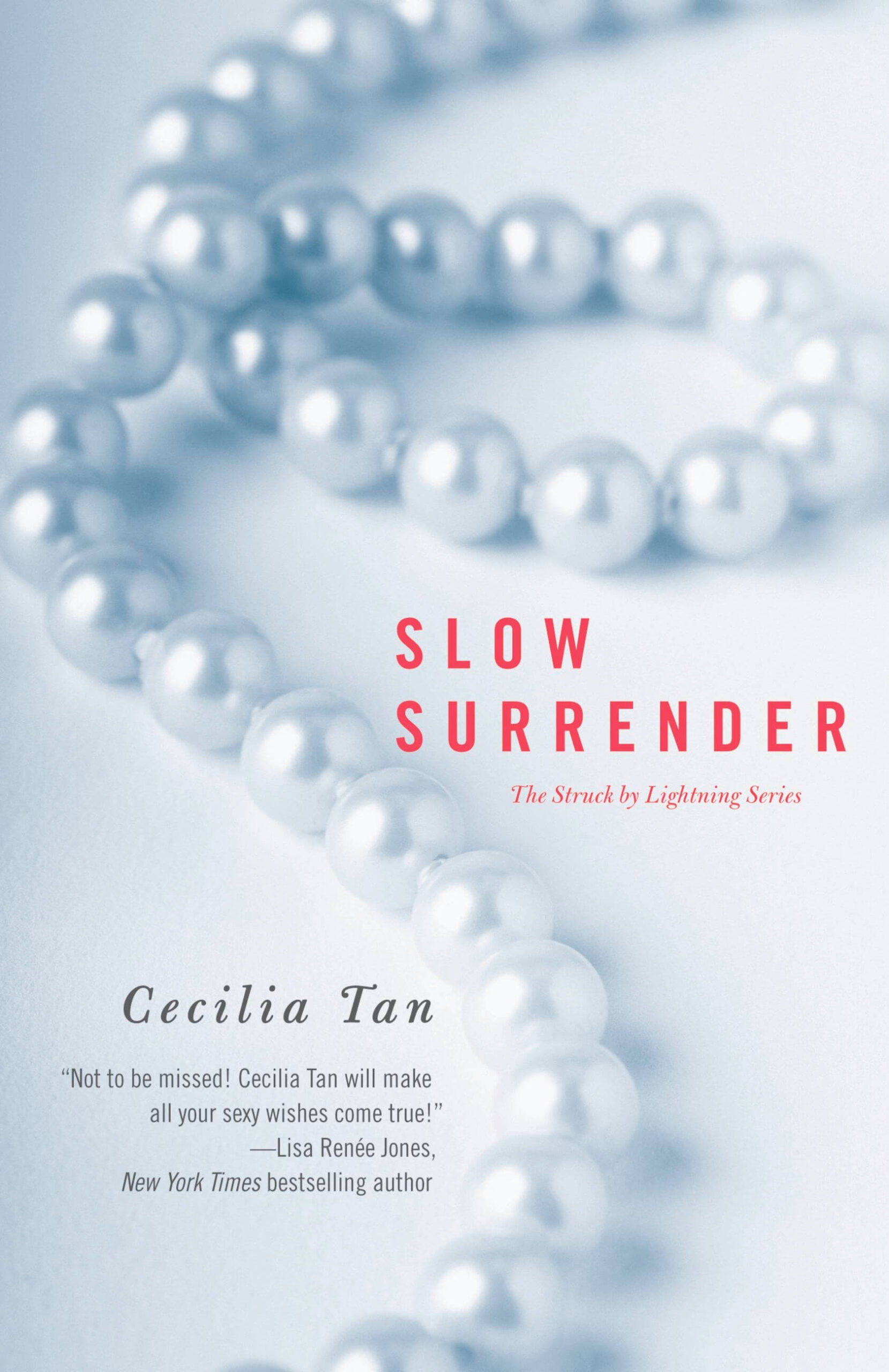 Ever since Karina met James in the New York Bar, she knew he was different. He’s brave and dominant, and pushes her sexual boundaries. Despite this all, James hides his truth. The mysterious man fulfills all her fantasies and knows all her desires. 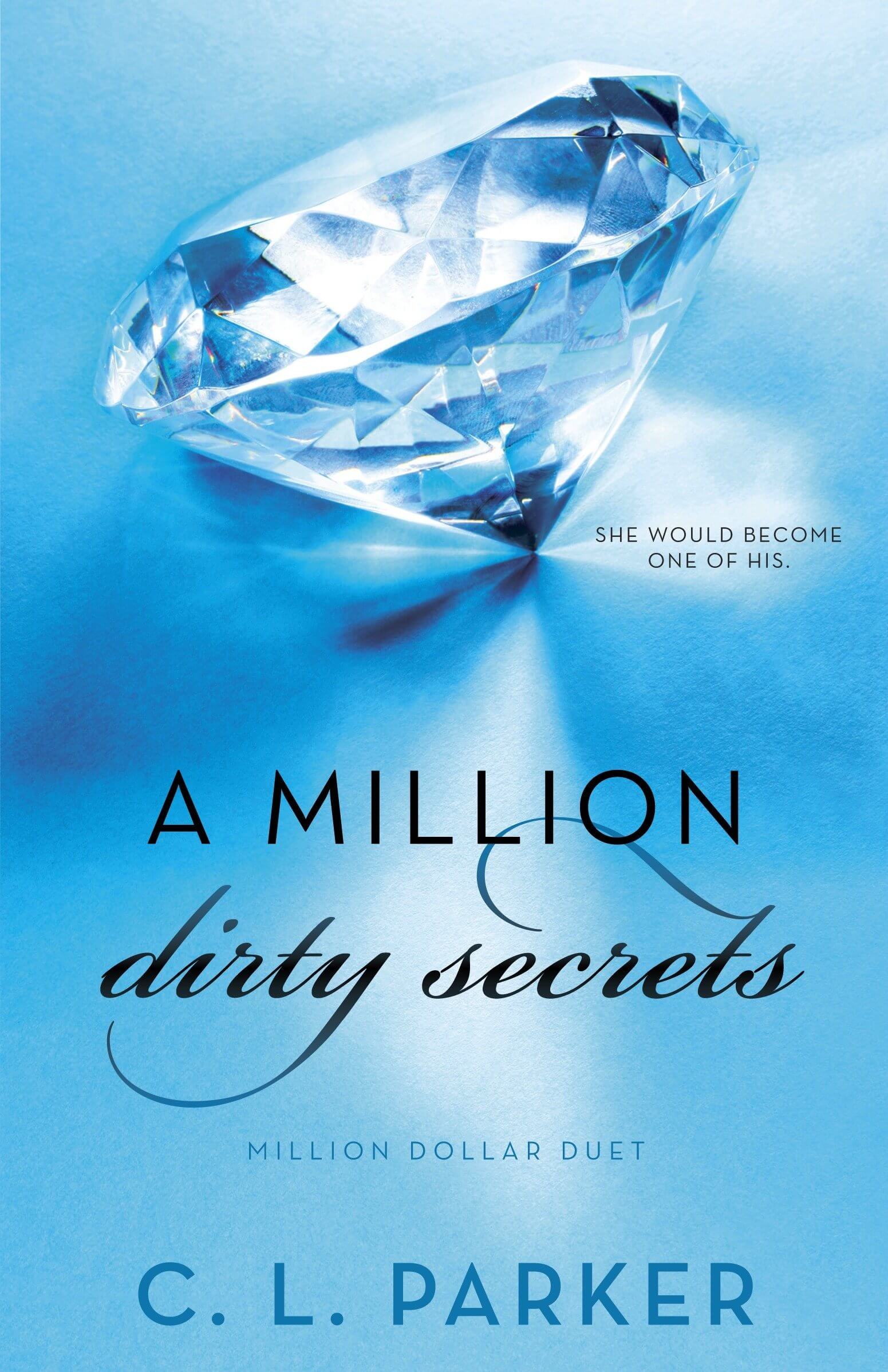 In this fanfiction favorite, readers meet Delaine Talbot, who willingly auctions herself off to wealthy mogul, Noah Crawford, in order to save her family. Steamy sex scene after smoldering sex scene later, the two – unexpectedly and against all odds – fall in love.

Try one of these steamy BIPOC romances next>> 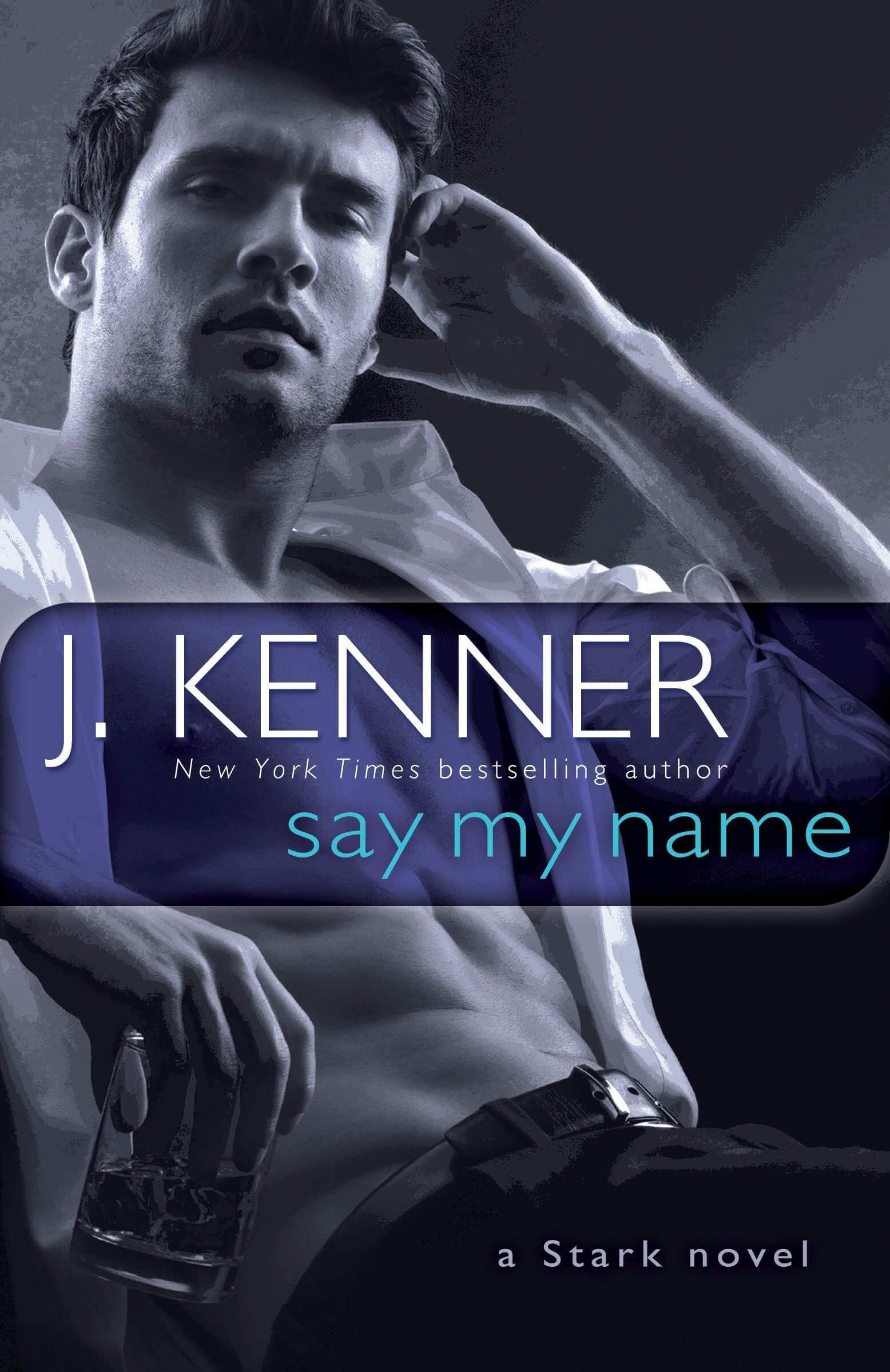 New York Times bestselling romance and erotica author J. Kenner delivers the trilogy of Jackson Steele and Sylvia Brooks, filled with steamy sex scenes and unexpected turns. Jackson always gets want he wants, while Sylvia is aloof and hard to reach. When the pair have an affair, it’s electric. But then five years go by before they cross paths again. But when they do, sparks ignite all over again.

Not sexy enough? These books will make you blush>> 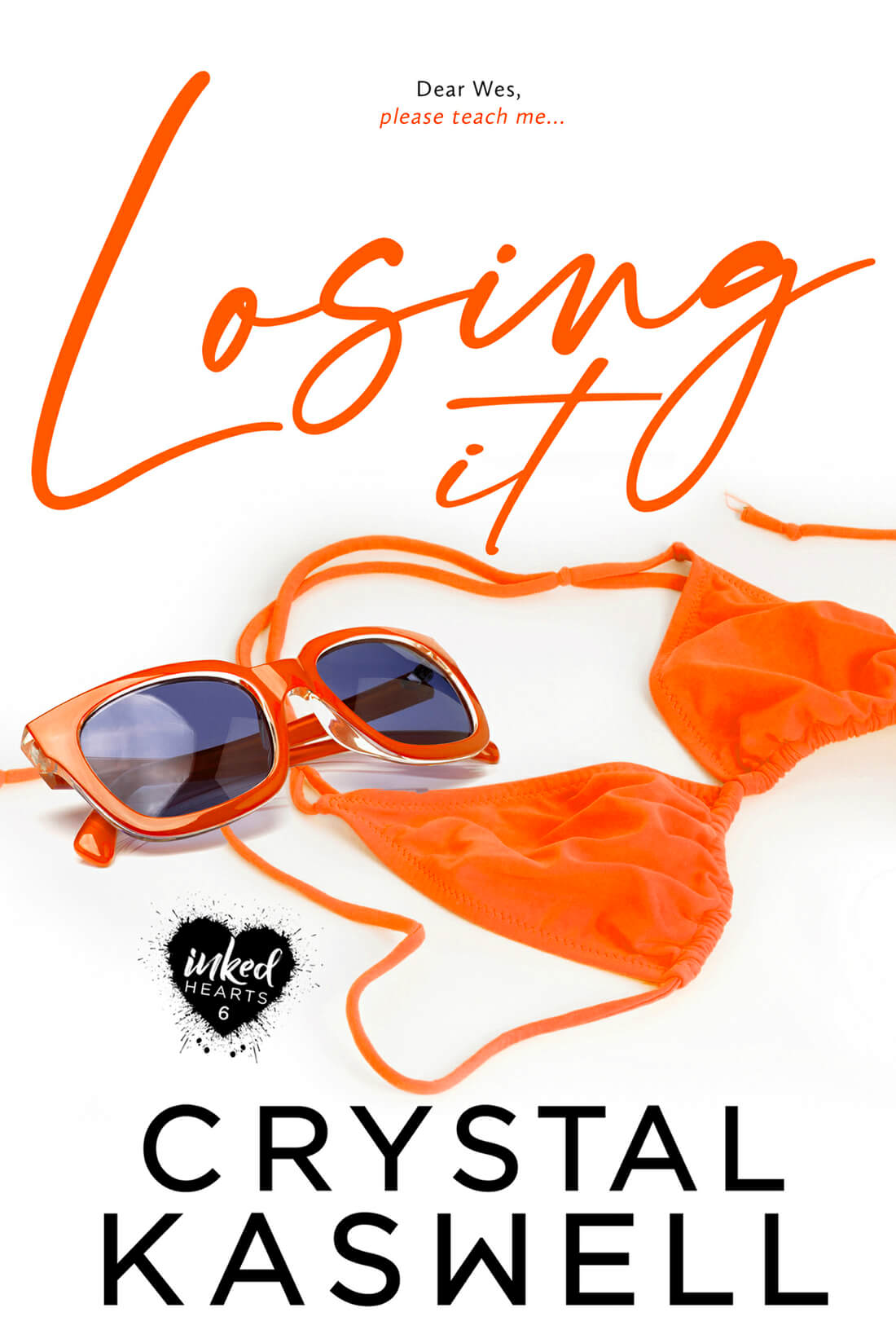 Losing It by Crystal Kaswell

Serious, studious Quinn will be heading to medical school soon, and the last thing she wants is to do so a virgin. That’s where Wes comes in… if he’d ever stop and notice her. And if he does, she promises to be an attentive student, ready to please, as always. 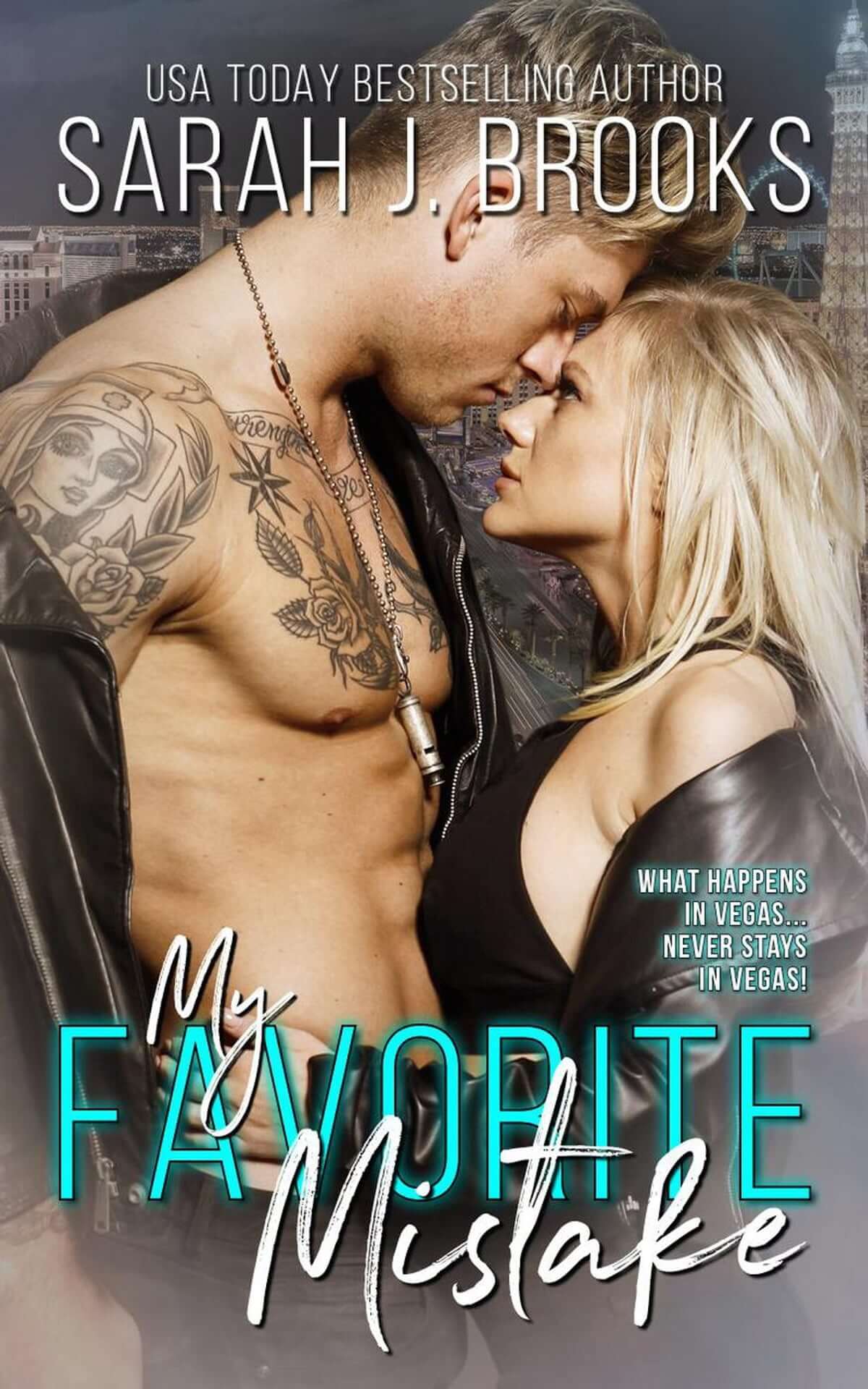 When Vegas gets the best of Alexis, she returns home hazy, hungover, and… married. The bad part: it’s to her best friend’s brother, and her best friend is furious. Even worse, she has a TV contract that is void if news of her marriage leaks to the press. But the worst part is that Cody doesn’t want an annulment. He needs Alexis to get his billion-dollar inheritance. 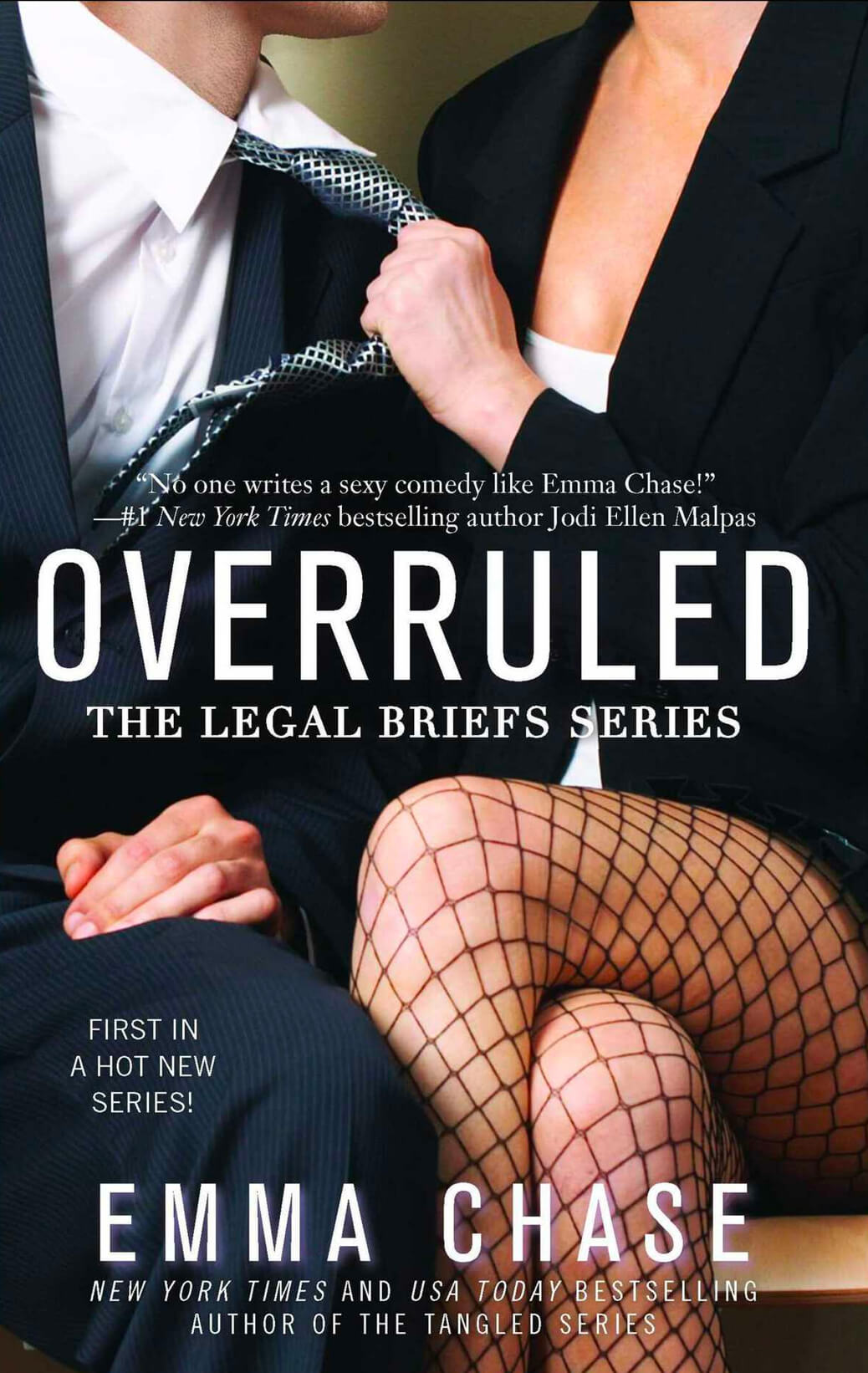 It’s hard to say no to D.C. defense attorney, Stanton Shaw. His Southern drawl and disarming smile have gotten him a long way in life. What it didn’t get him is the mother of his 10-year-old daughter. She’s getting married, and it’s not to him. That’s where Sofia Santos, a city-raised, no-nonsense litigator comes in. Stanton needs Sofia to help him win back the one who got away. But somewhere between D.C. and Mississippi, passions unexpectedly rise. 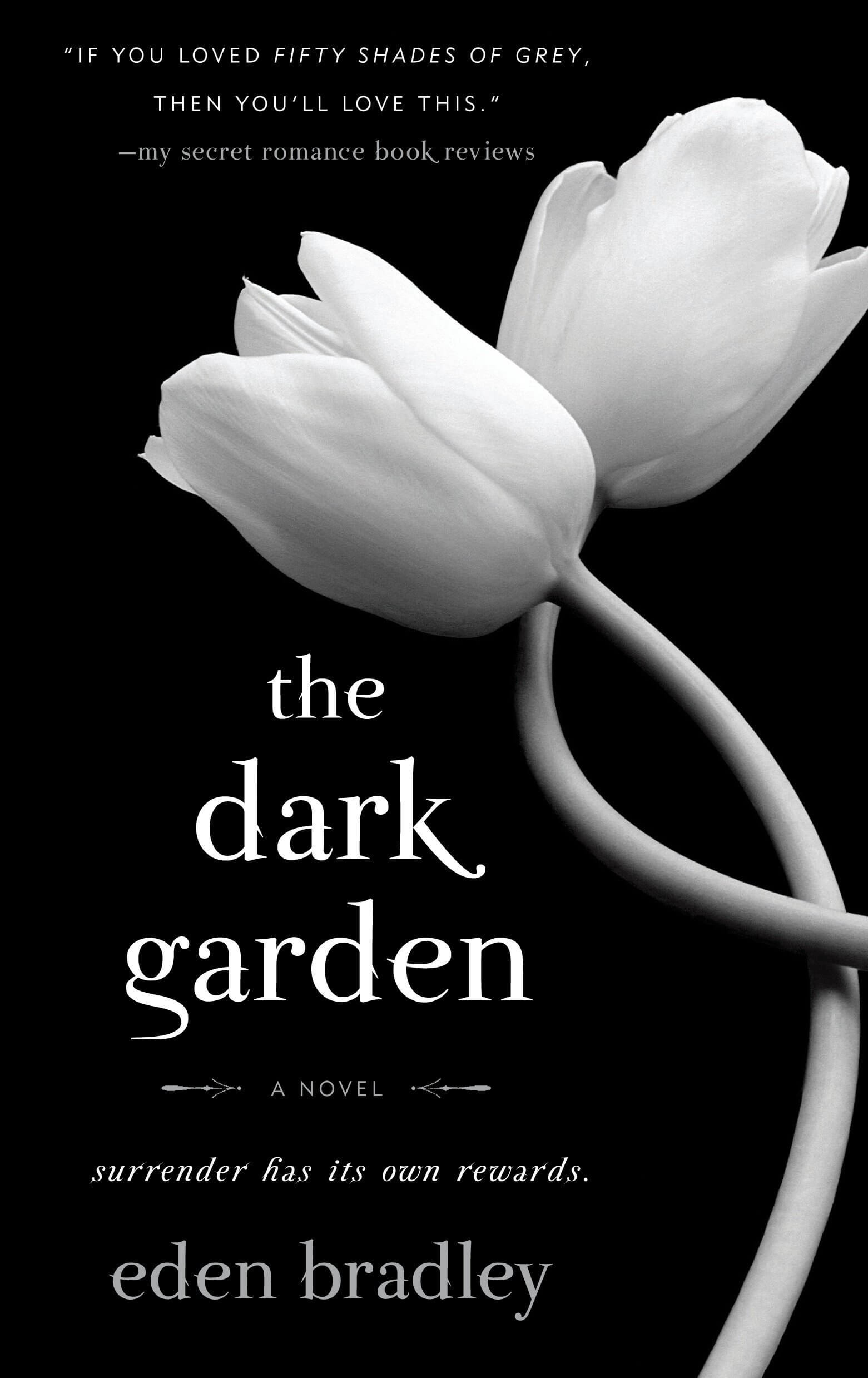 The Dark Garden by Eden Bradley 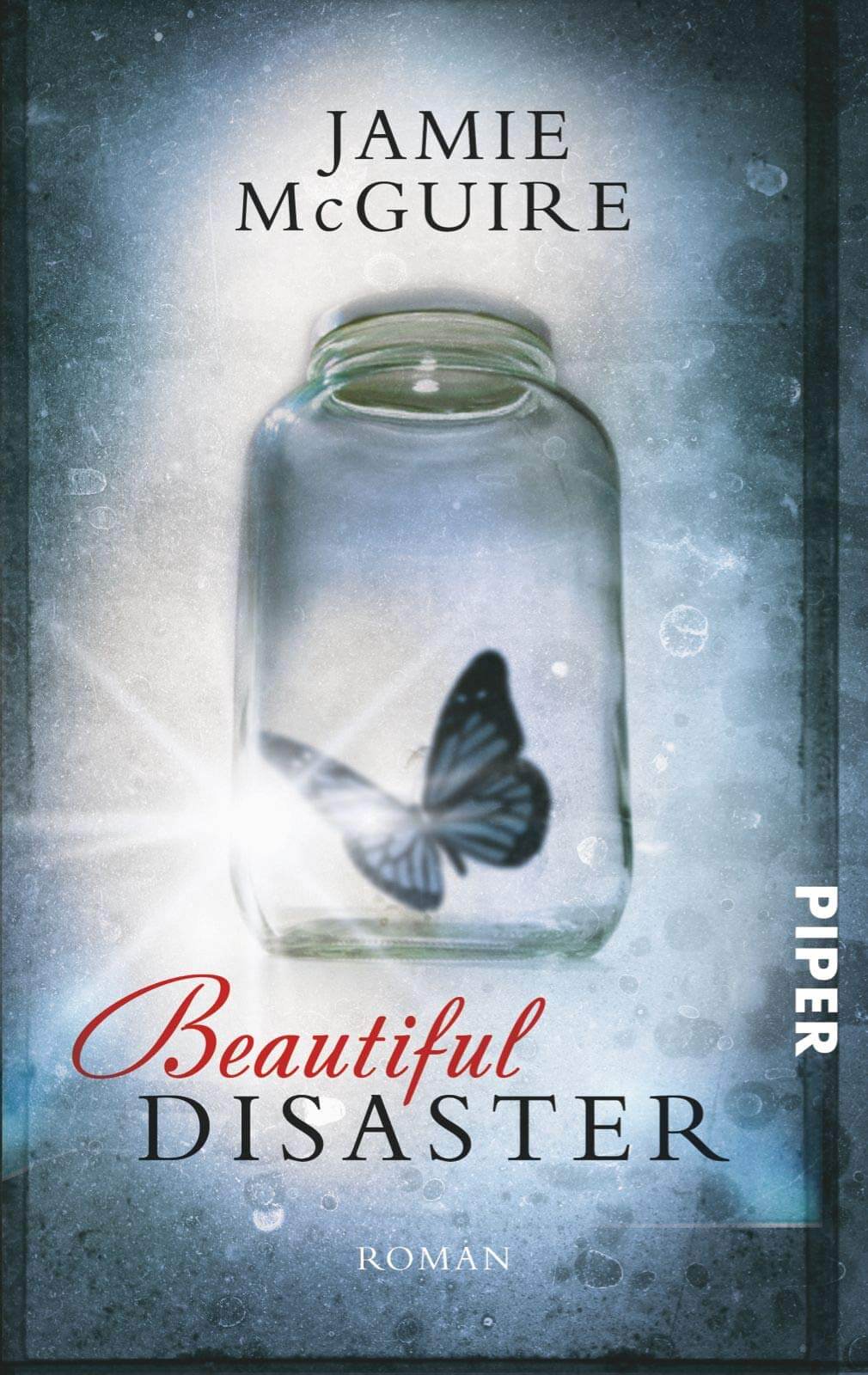 In this New York Times and USA TODAY bestseller about a good girl dangerously drawn to the ultimate bad boy, readers follow Abby as she becomes entangled with Travis Maddox – a tattooed floating fight ring champion. When a simple bet brings the two together, neither of them have any clue that they’ve met their match.

Fans of Fifty will love this good girl, bad boy tale for its seduction and playfulness.

Want something a little sweeter? Here are some sexy summer romances to read next >> 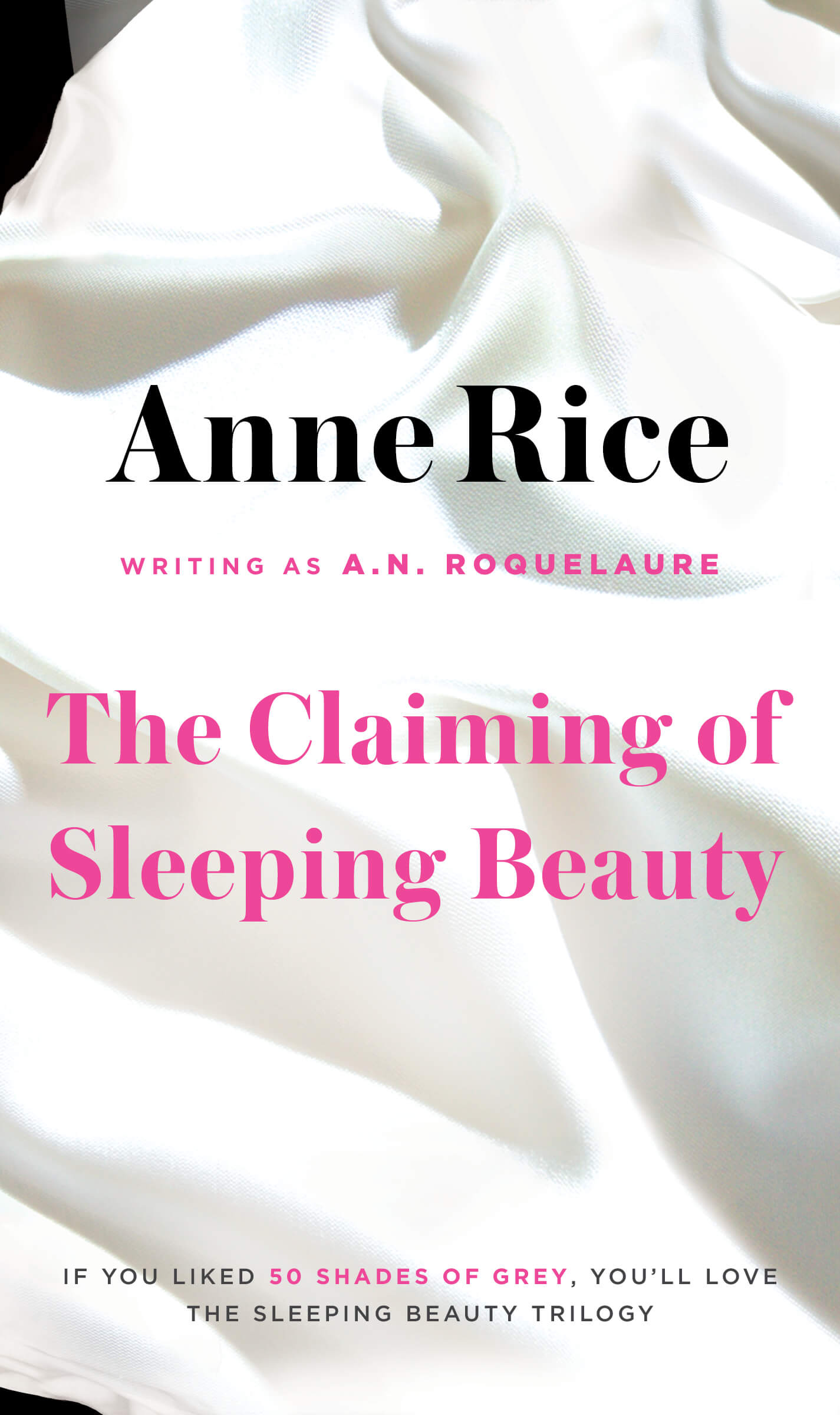 The Claiming of Sleeping Beauty by Anne Rice

If you’re looking for something familiar and fiery all wrapped into one, look no further. 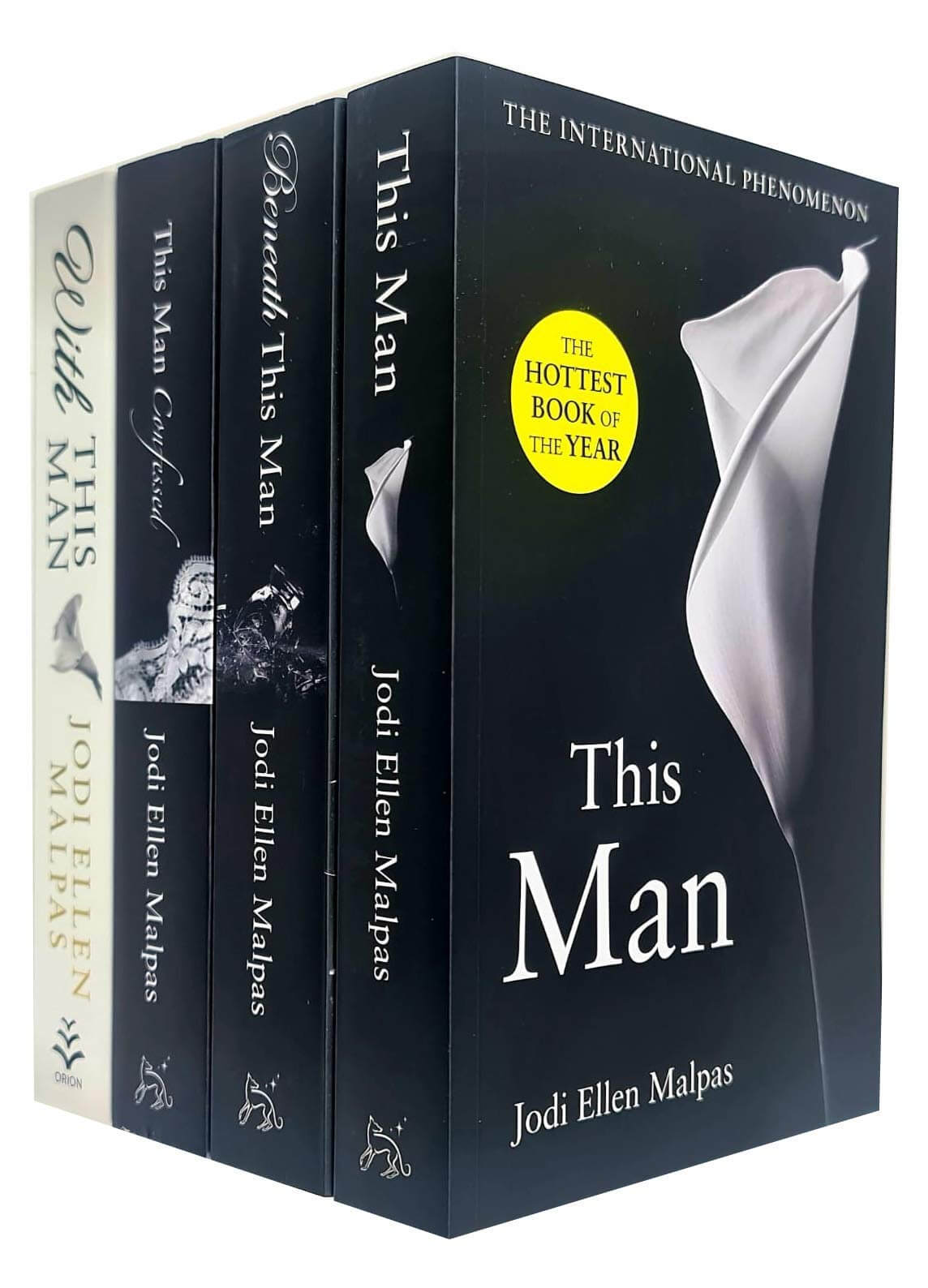 When Ava O’Shea arrives at Jesse Ward’s place for an interior design appointment, she expects the same stuffy atmosphere of her typical countryman client. But she couldn’t be more wrong. Instead, she meets handsome Jesse – complete with his ego, power and desires.

Emotional disaster lies at every turn, but just like Ava can’t pull herself away, you won’t be able to put this one down. 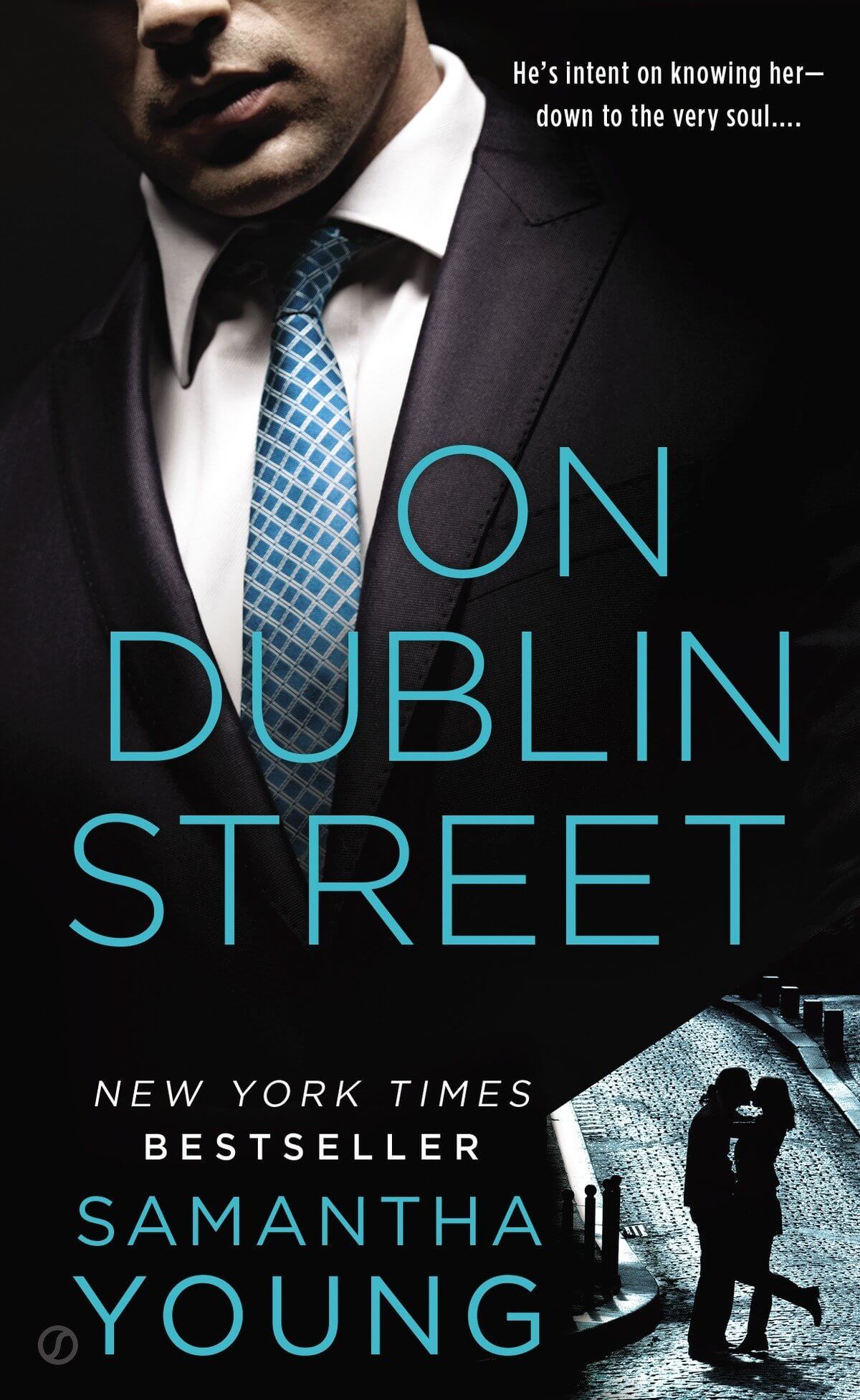 Braden Carmichael always gets what he wants. So, when he meets Jocelyn, he assumes this time’s no different. Sure, she has a past, but doesn’t everyone? Once she finally gives in, however, he realizes that he wants much more than he originally desired.

Tragic past meets intense attraction in this quick read. 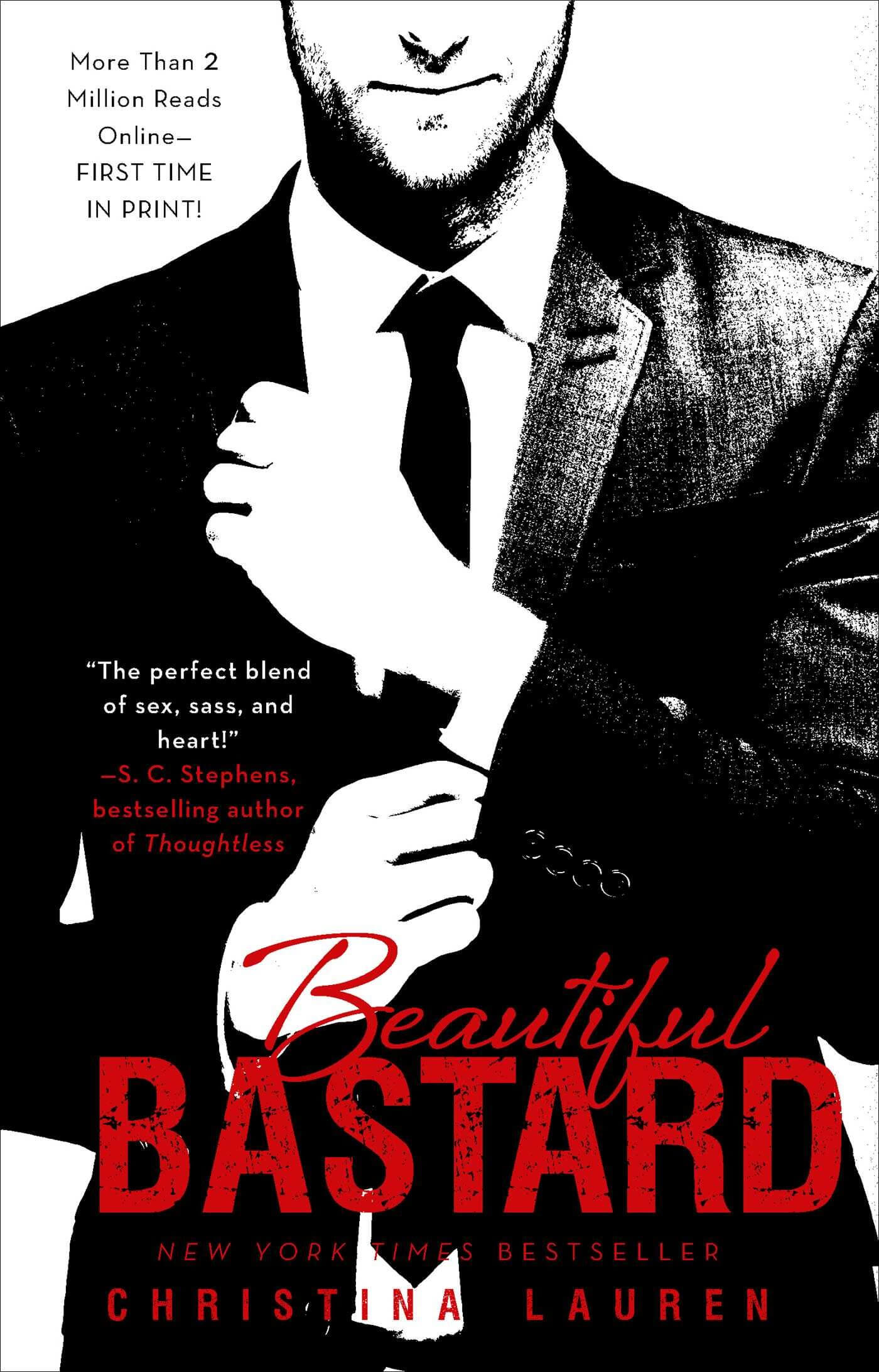 Don’t let the familiar scenario fool you – this ambitious intern and egotistical executive will hold your attention long after you’re done with the book. 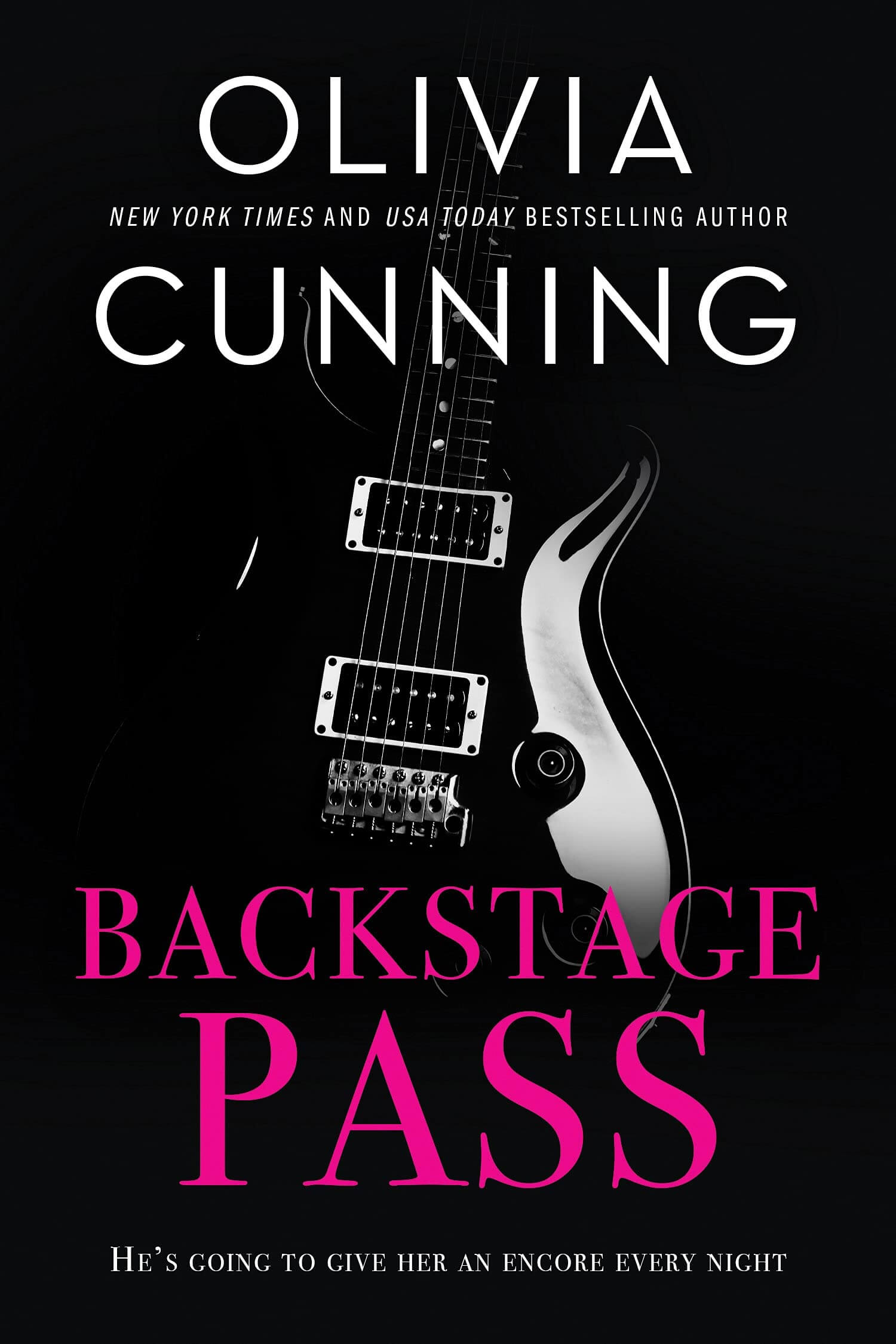 When psychologist Myrna Evans goes on tour with the Sinners, it’s not because she’s a fan. She’s there strictly to study groupie behavior while fighting off the sexual advances of most of the band members. But soon her focus moves from research to Brian Sinclair, the lead guitarist in a musical rut. When the pair finally get their hands on one another, it might be just what the doctor ordered.

Love, sex and rock ‘n’ roll come together for an unforgettable read. 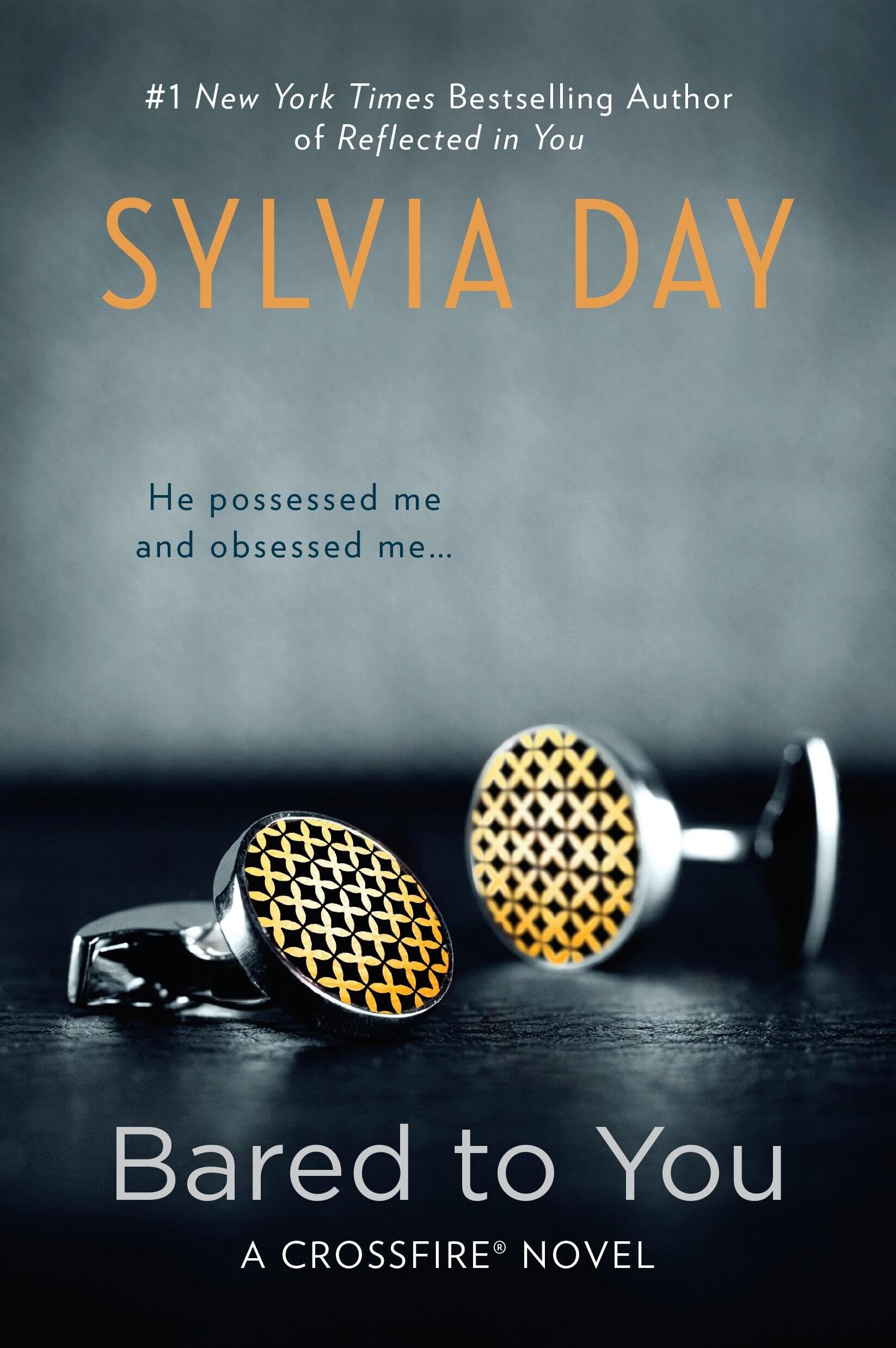 Bared to You by Sylvia Day

When Eva Tramell and Gideon Cross come together in what begins as a typical office romance, secrets, desires and sexual exploration begin to swirl as the pair discover that they have much more in common – and at stake – than they anticipated.

This unputdownable read will take you on an emotional roller coaster. 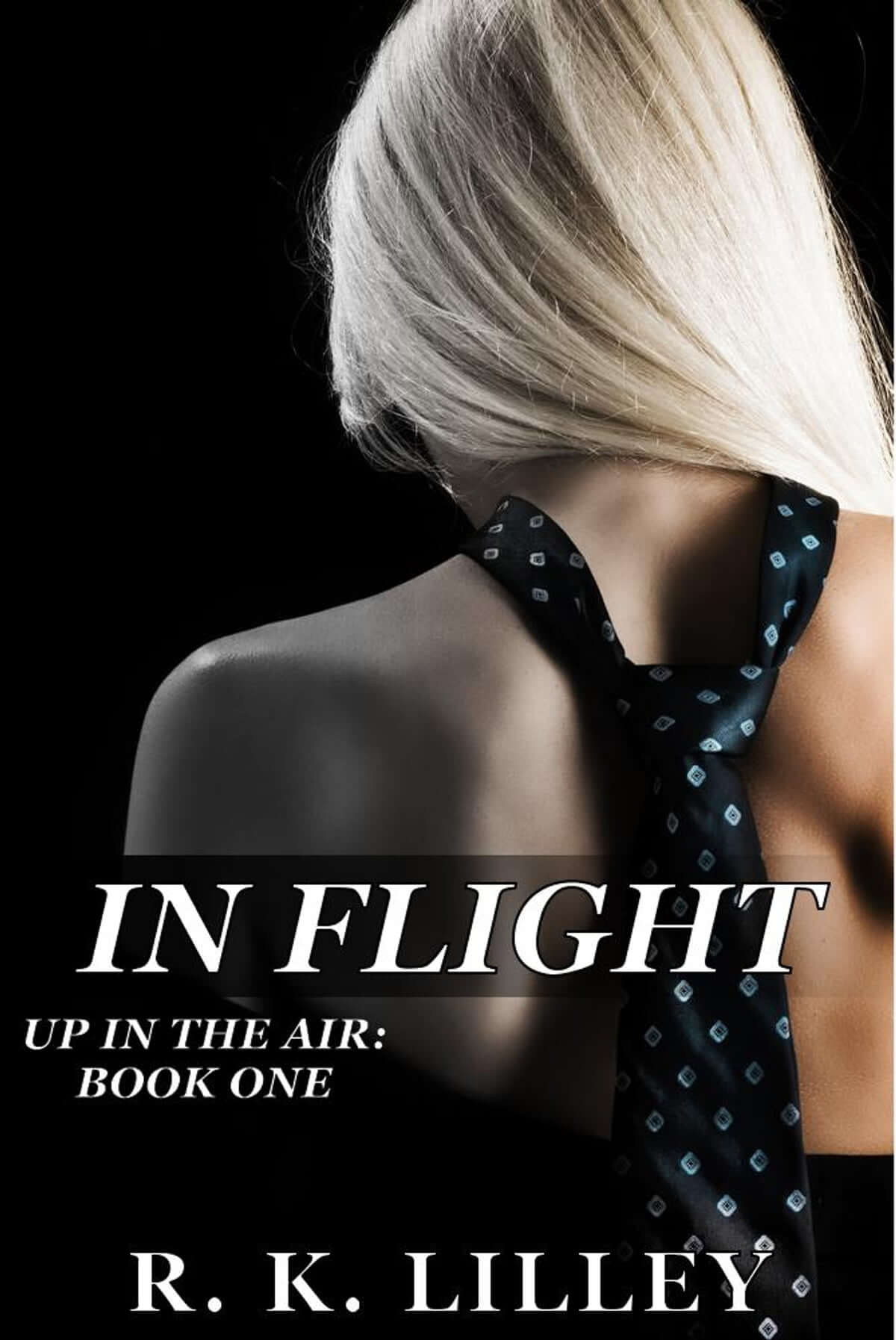 In Flight by R.K. Lilley

Bianca prides herself on her poise and composure, serving up first-class service to the in-flight elite 35,000 feet in the air. But when one look at billionaire hotel owner James Cavendish renders her powerless, she succumbs to a challenge and finds herself sucked into his promise of pleasure—and pain. You’ll love reading along as this independent strong-willed heroine goes up against the unexpected.