At some point, whether they may handle it well or not, every child needs to cope with death. They might even see it before ever experiencing a personal death, which is why preparing them beforehand makes for a smoother transition when the time comes.

For children, expressing their feelings might seem confusing and frustrating and something they don’t fully understand. That’s why we’ve picked these books to help children and parents learn how to communicate, cope, and express their feelings when they experience a loss.

Here are 26 books about grief for adults>> 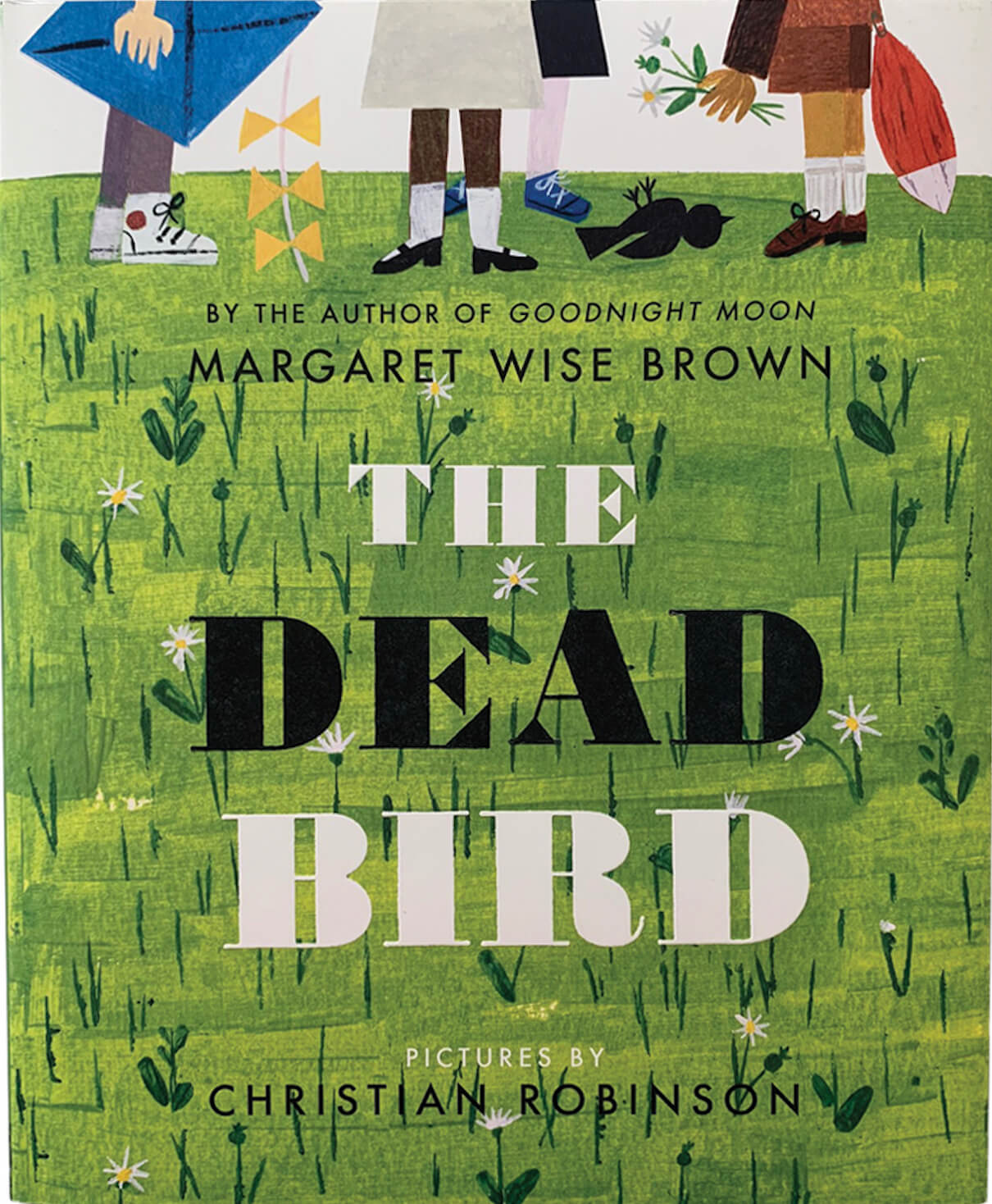 In this tale, a few children find a bird no longer breathing in the woods. The dead animal makes them all sad so they decide to bury the bird and lay flowers on the grave they create. They celebrate the life of the bird by singing songs and finding more sweet ferns and flowers to add to its grave. In the end, they learn to cherish life rather than being sad over death. 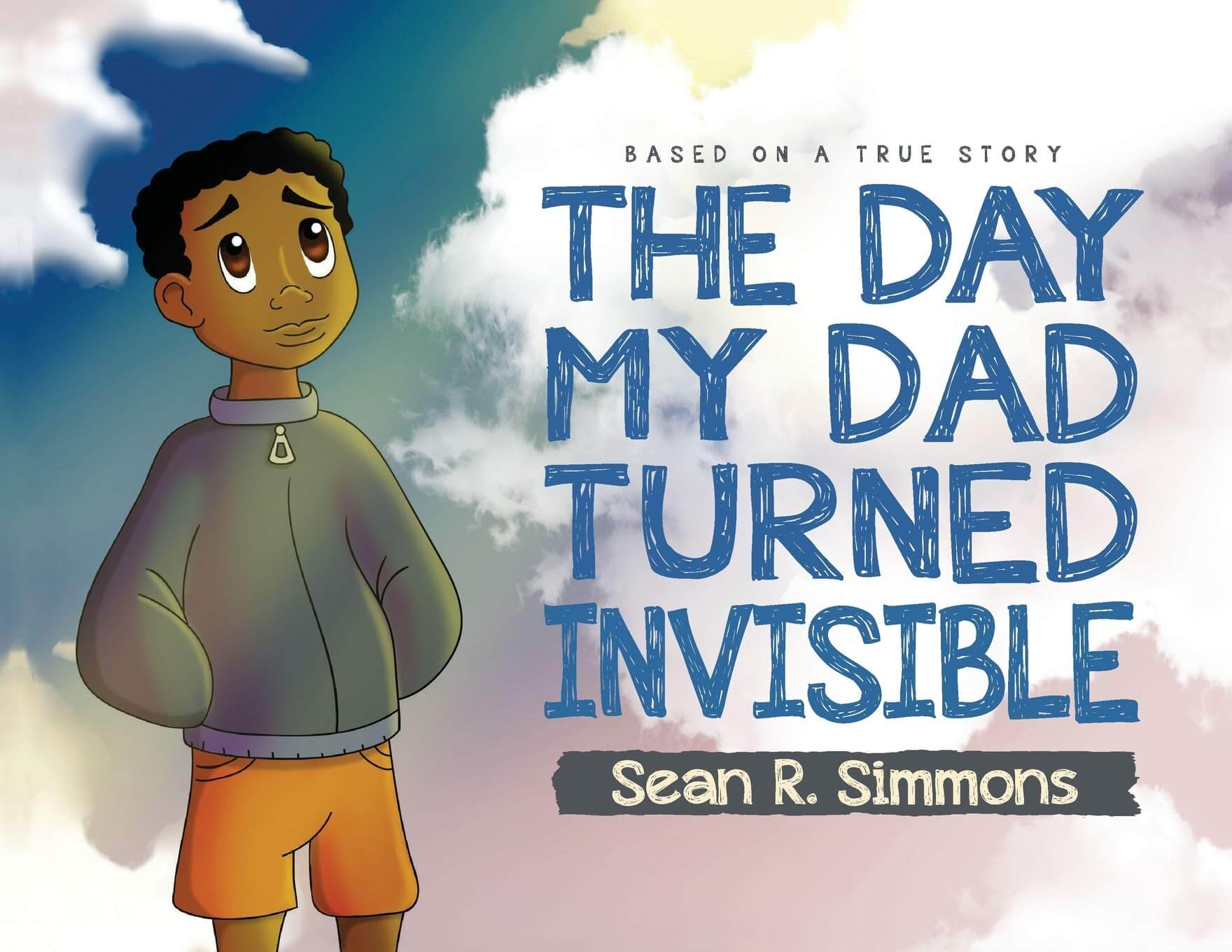 The Day My Dad Turned Invisible by Sean R Simmons

Sean just lost his father. At seven years old, Sean now has to experience life without his father, something that is not clear to him. It’s Sean’s first death and experience with loss, his emotions are up and down and he has several questions for his family. The more Sean learns the more he sees how to handle death and what to do when someone passes away. 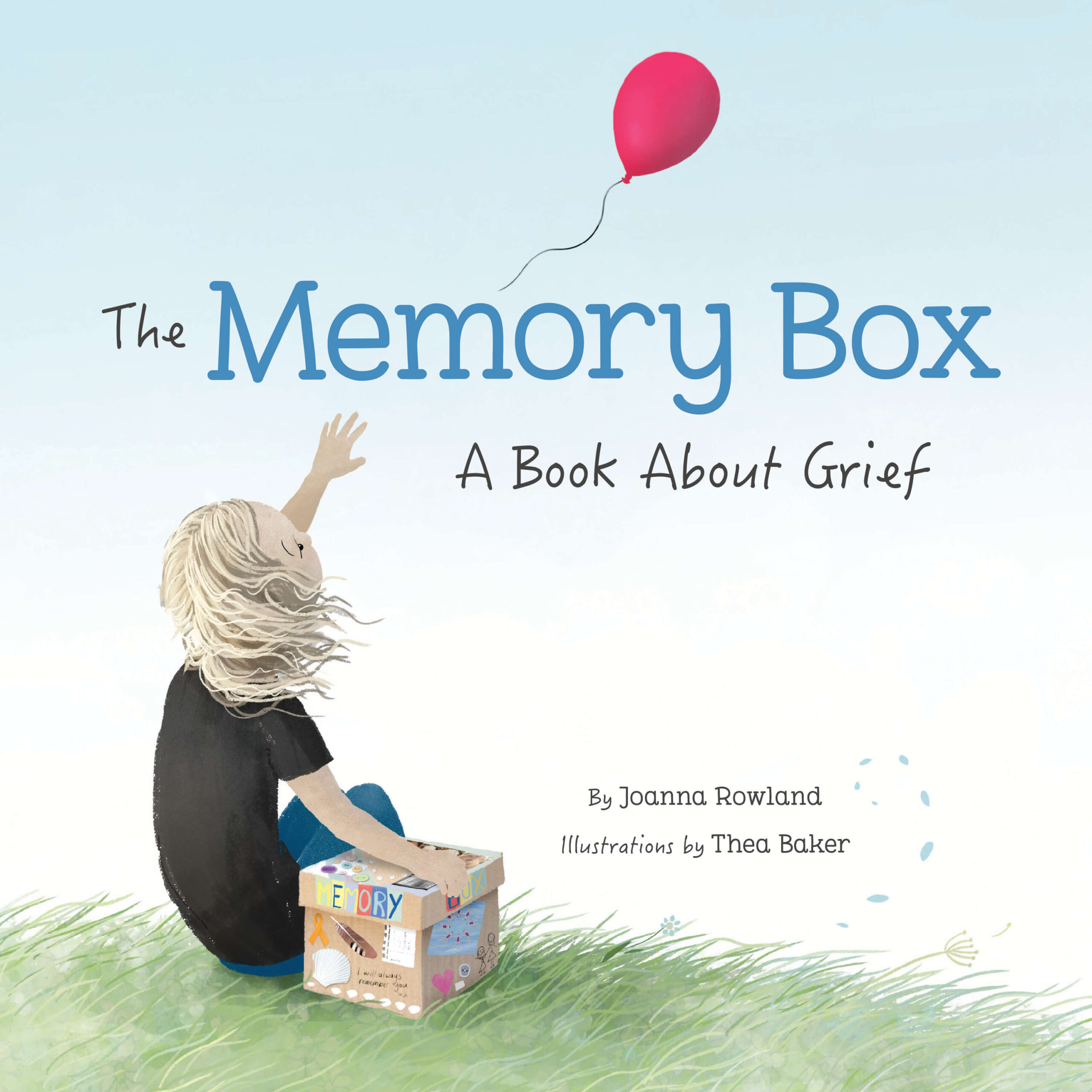 The Memory Box by Joanna Rowland

Mementos keep us remembering even when we think we might forget. This book helps children do just that. It follows a child who creates a memory box that helps in the grieving process while introducing the idea of putting cherished memories together in a box. Joanna Rowland also uses the box to teach children and parents how to talk about death and grief using examples of a family member, a friend or a pet. 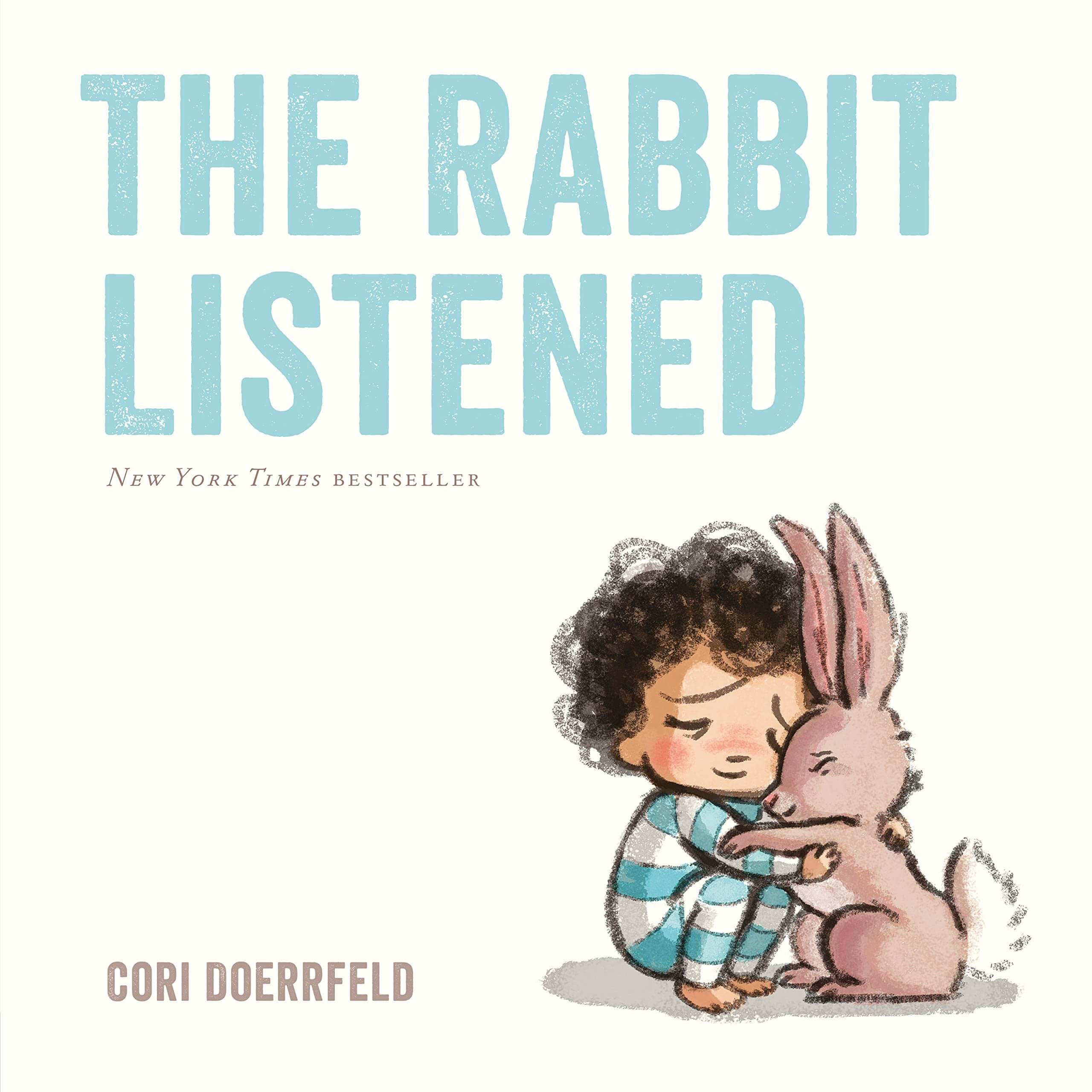 The Rabbit Listened by Cori Doerrfeld

In moments of sadness, Taylor doesn’t know what to do. Several animals try to come to Taylor’s rescue. The bear suggests Taylor get angry, but it didn’t seem right. While the chicken thinks Taylor should chat it out, it’s still not quite right. Yet when the rabbit shows up, the rabbit is willing to listen and stay in a place that lets Taylor grieve. And it’s just what Taylor needed. 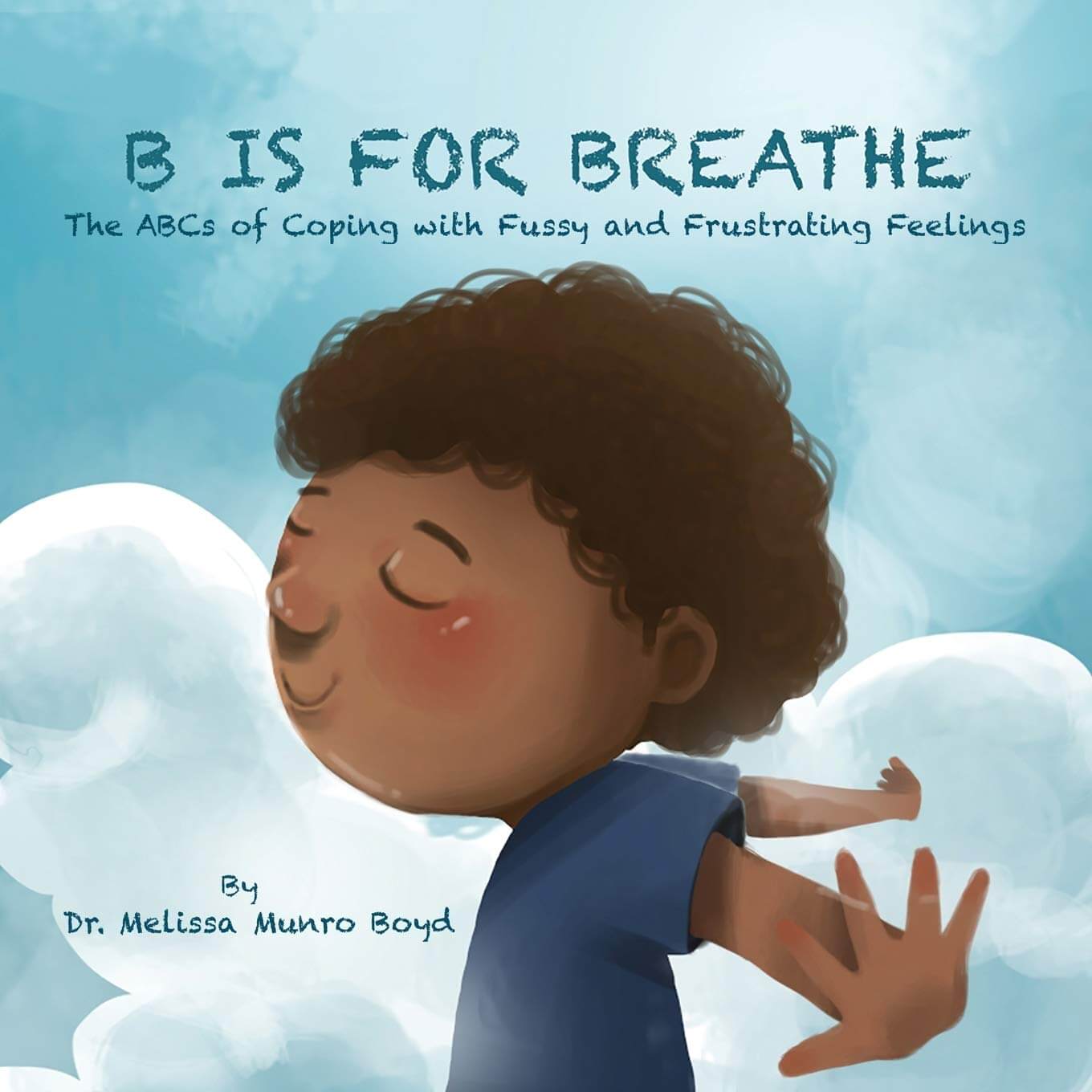 B is for Breathe by Dr. Melissa Munro Boyd

Working her way from A to Z, Melissa Munro Boyd, a clinical psychologist, teaches children how to express their feelings and how to deal with emotions they might not understand. Munro shows young readers how to reflect a positive behavior and how to practice strategies to calm down in times when they are upset and frustrated. 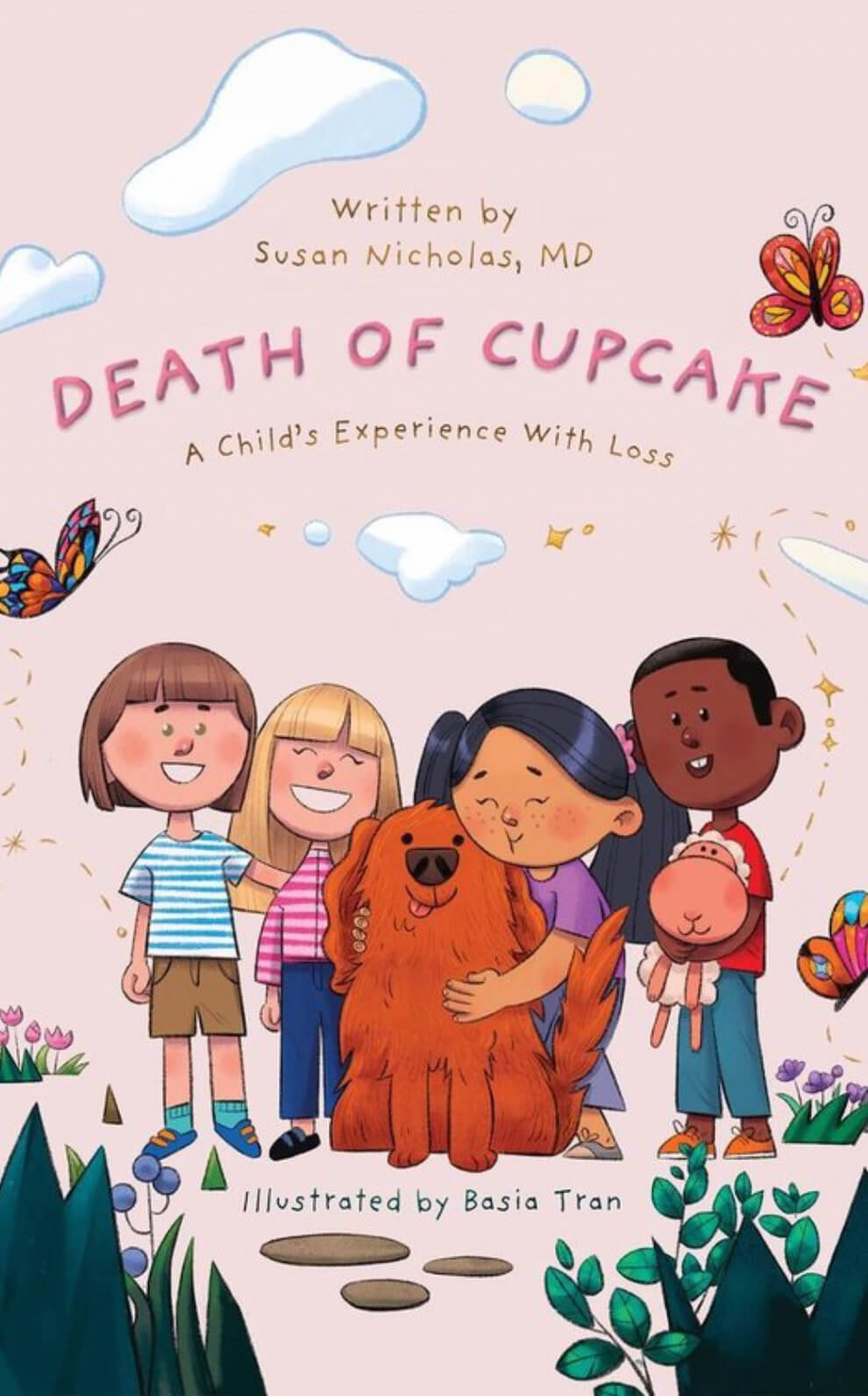 The Death of Cupcake by Susan Nicholas

Change happens in many things, in the seasons and in life. Susan Nicholas’ The Death of Cupcake follows a group of children who experienced loss in their life. A girl loses her dog, a pair of sisters lose their grandfather, and a young boy loses his grandmother. As they navigate their losses, the narrator looks at the consciousness of each child and how they aren’t given the space to heal after dealing with death. 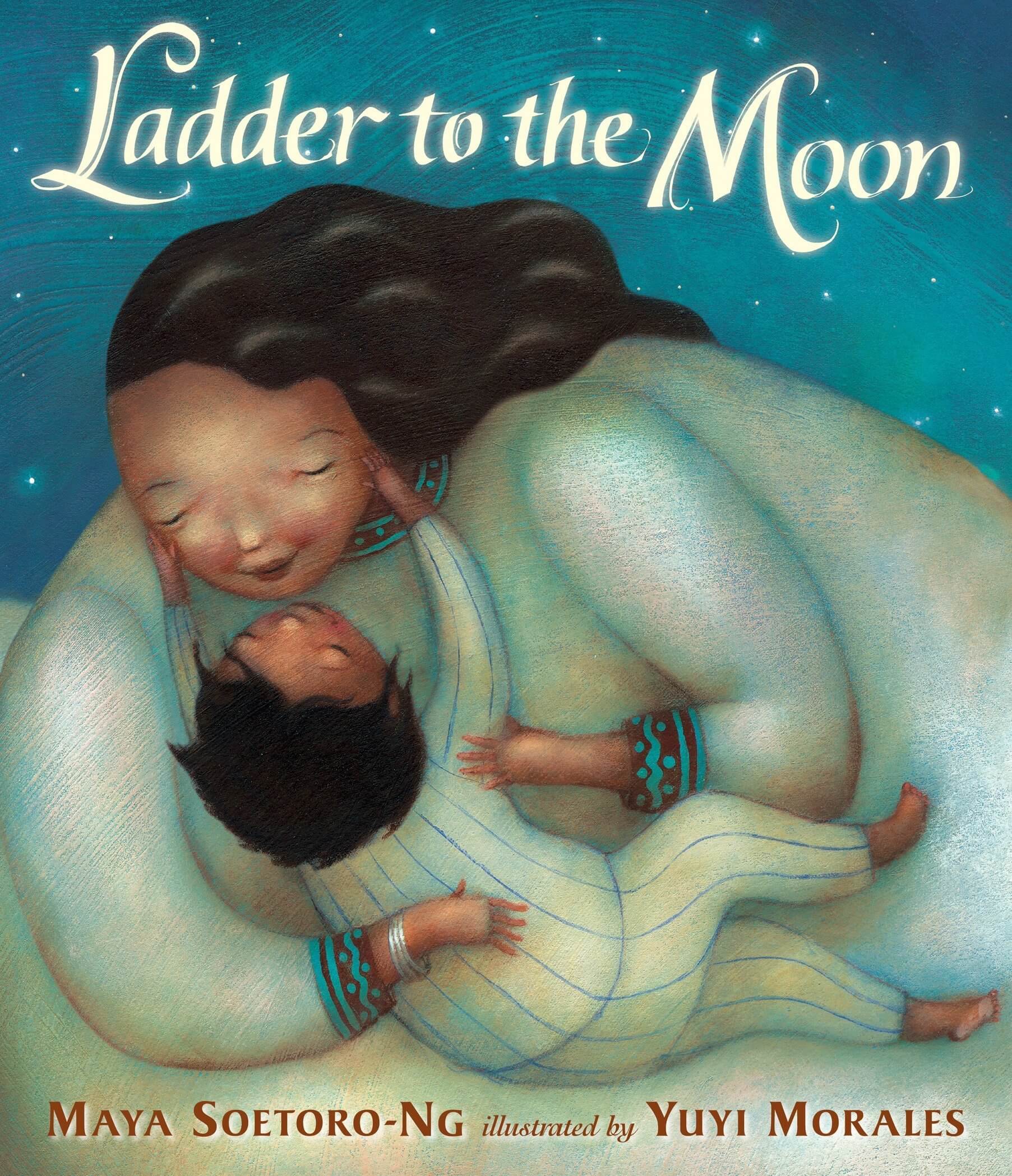 Ladder To The Moon by Maya Soetoro-Ng

Suhaila doesn’t know much about her grandmother; she’s never met her, but wishes she did. One night little Suhaila gets her wish as a ladder made of gold appears by her bedroom window. When she climbs the ladder to the moon, she finds none other than her grandmother. Taking the time to get to know her grandmother, Suhaila listens to her all night as she sings songs of the moon and of the earth. Her experience that night provided Suhaila with comfort, strength and love, reminding Suhaila that her grandmother may be gone, but not forgotten. 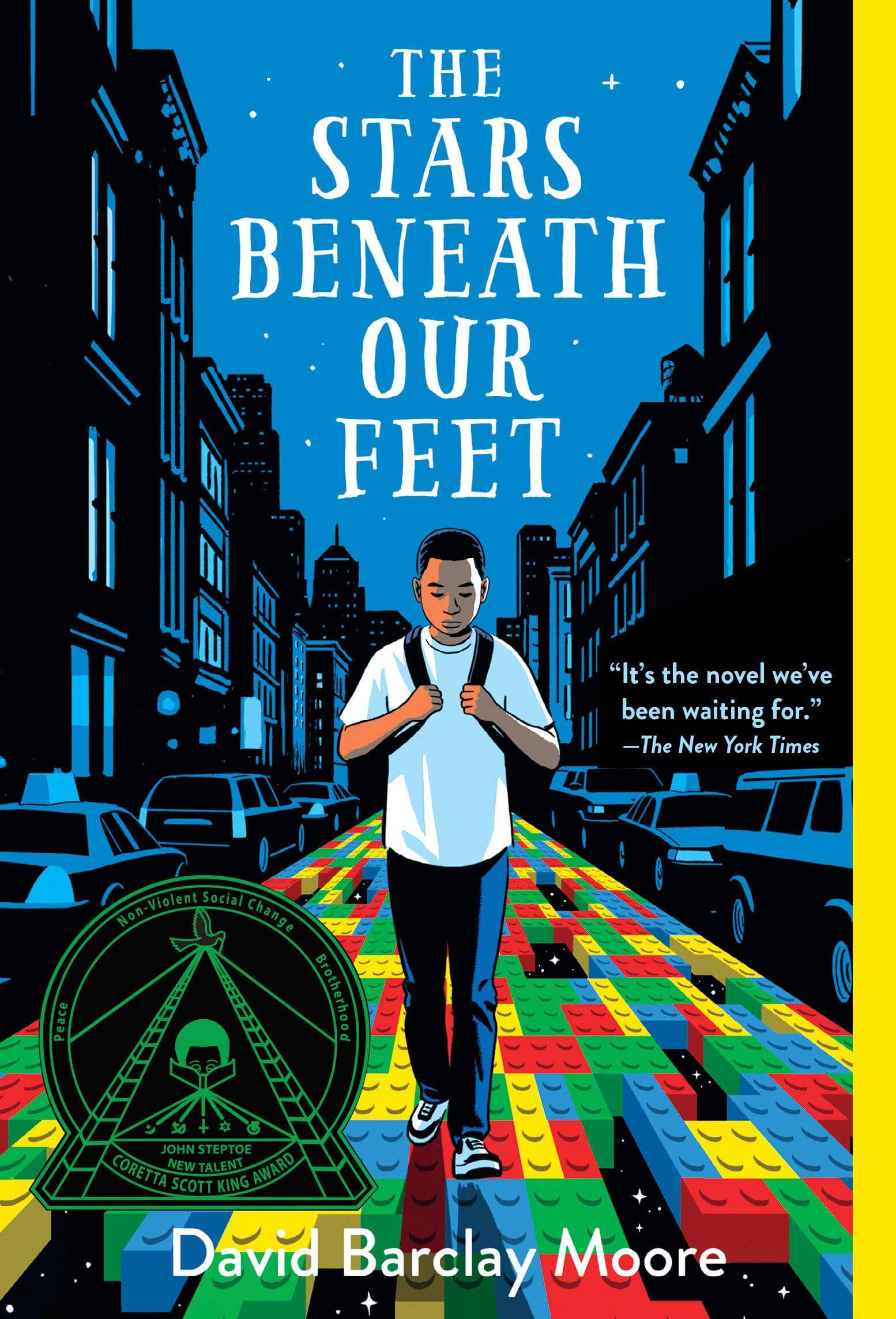 The Stars Beneath Our Feet by David Barclay Moore

A young twelve-year-old Lolly Rachpaul is on the cusp of decisions that will choose how his life will lead. Lolly’s older brother died recently in a gang related incident, and he and his mom aren’t doing so well. When Lolly is given two large bags filled with Legos, it gives him the chance to step out of his old world where he’s pressured to join a gang, and into a new world where he can build a Lego city at his community center. 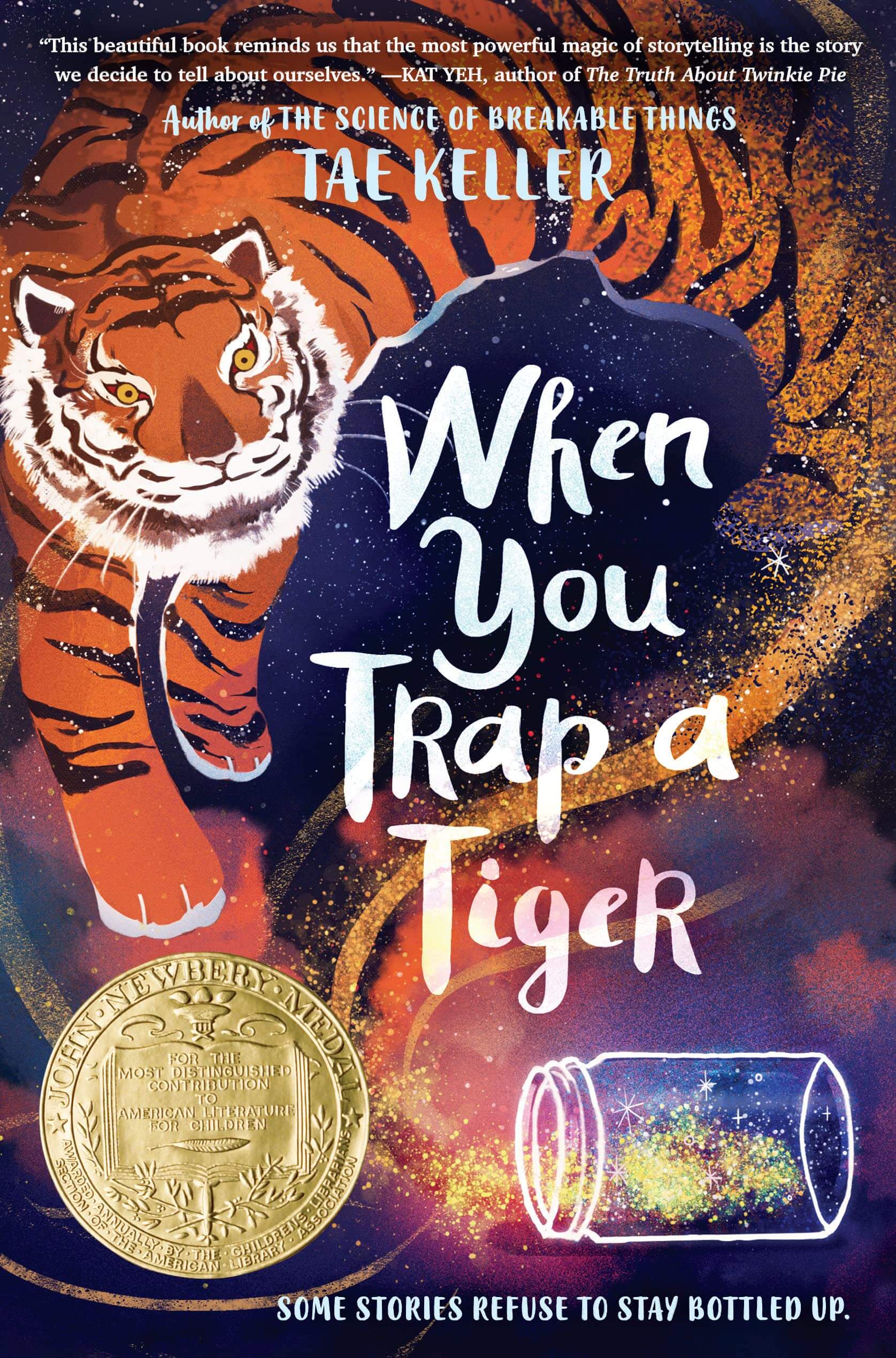 When You Trap a Tiger by Tae Keller

Lily’s grandmother is sick. So when her family moves in to take care of her grandmother, a magical tiger also arrives. The tiger needs Lily to go on a mission, and make a deal that could save Halmoni’s life. It turns out that long ago Lily’s grandmother stole something from the tiger and stored it away. Once Lily learns the truth she attempts to trap the tiger instead, and along the way learns more about her Halmoni, how to deal with loss, and how to discover her own story. 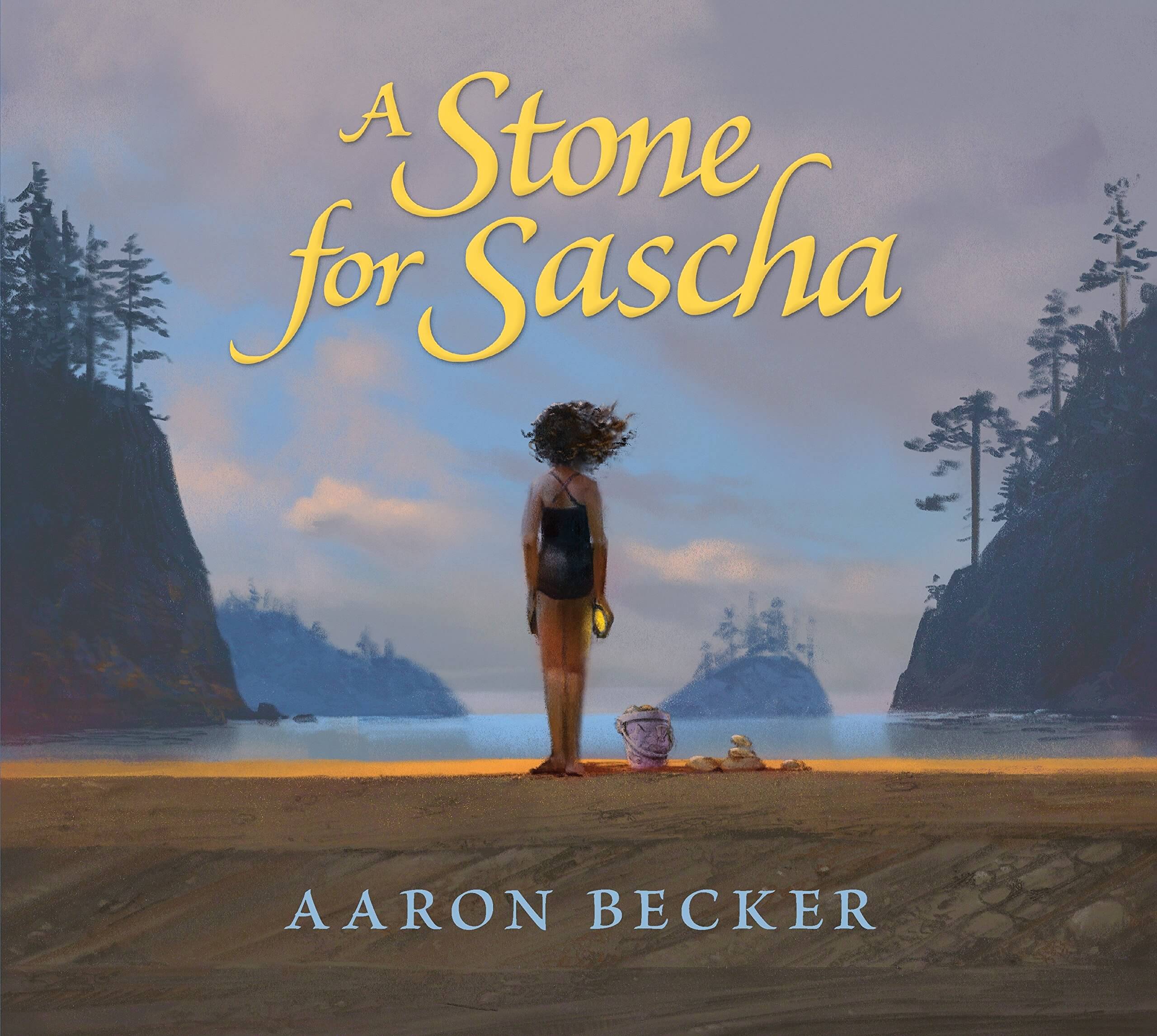 A Stone for Sascha by Aaron Becker

Losing a pet that was like family can be just as tough as losing a family member. This wordless picture book tells the story about a girl grieving for her dog. When she loses her dog, Sascha, the young girl’s heart is broken. Their family vacations don’t feel the same for the girl without her beloved animal. But as she walks down the beach and begins to collect stones, she discovers a particularly beautiful sea-polished stone and her imagination takes off. She sees time and the animals that came with it, giving her a sense that there is a future and a past. Ultimately this provides a way for her to cope with her loss of Sascha.