2022 continues to be a banner year for historical fiction. So many great historical fiction titles are releasing this fall, and we chose the ten we are the most excited about. The stories take place across many decades and include books about Ireland and Britain’s first female veterinary surgeon, two individuals caught on opposite sides of Partition, a famed Latin American Hollywood star, and more. 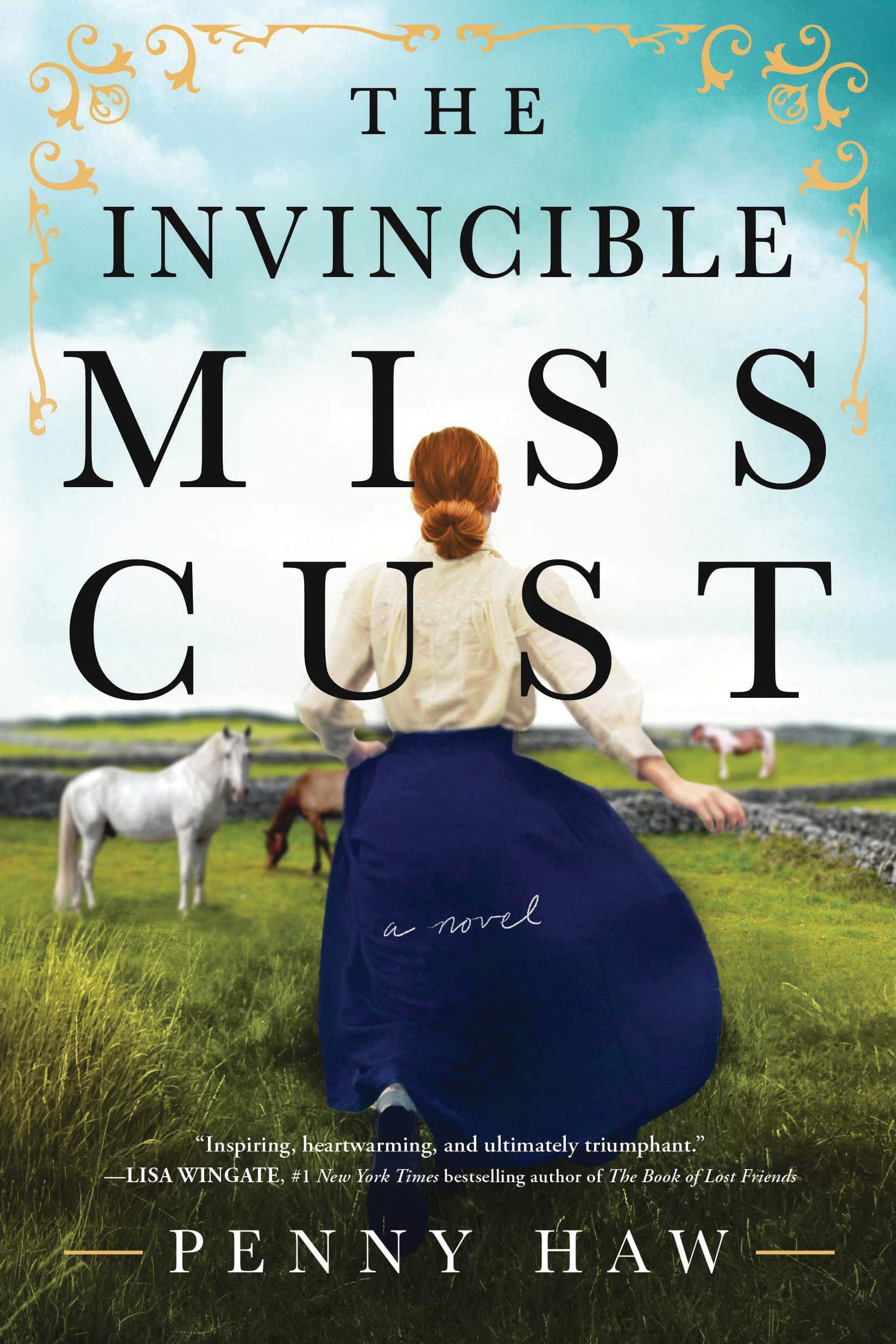 From an early age, Aleen Cust loved animals and dreamed of working with them when she was an adult. But few women in the 1800s pursued such a career, and Aleen’s family was very much against this pursuit. Eventually, she goes against the wishes of her aristocratic family and enrolls in the New Veterinary College in Edinburgh, where she encounters a variety of obstacles both from her family and her classmates that she must overcome. However, she perseveres to become the first female veterinary surgeon in both Ireland and Britain. 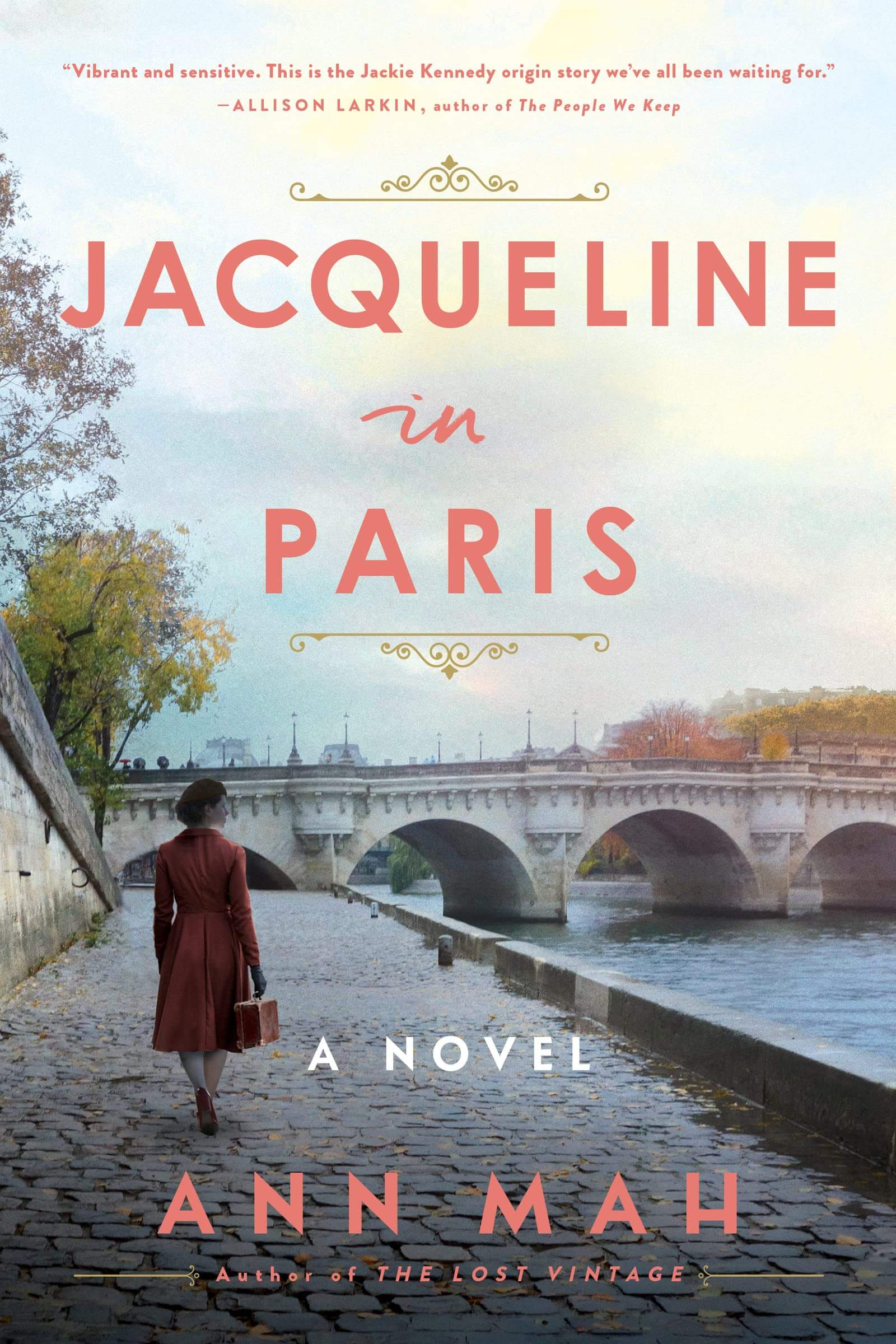 Jacqueline in Paris by Ann Mah

Twenty-year-old Jacqueline Bouvier spent her junior year abroad in postwar 1949-1950 Paris. Thrilled to be away from the societal pressure of New York and her mother’s prying eyes, Jacqueline falls in love with Paris’s social scene—the cafes, theatre and art—while also slowly realizing that the city is struggling with the aftermath of World War 2. Spies abound while communism is taking a foothold in French politics, and no one is who they seem. Mah charts the beginning of Bouvier’s long love affair with Paris as well as brings the City of Lights to life post-World War 2. 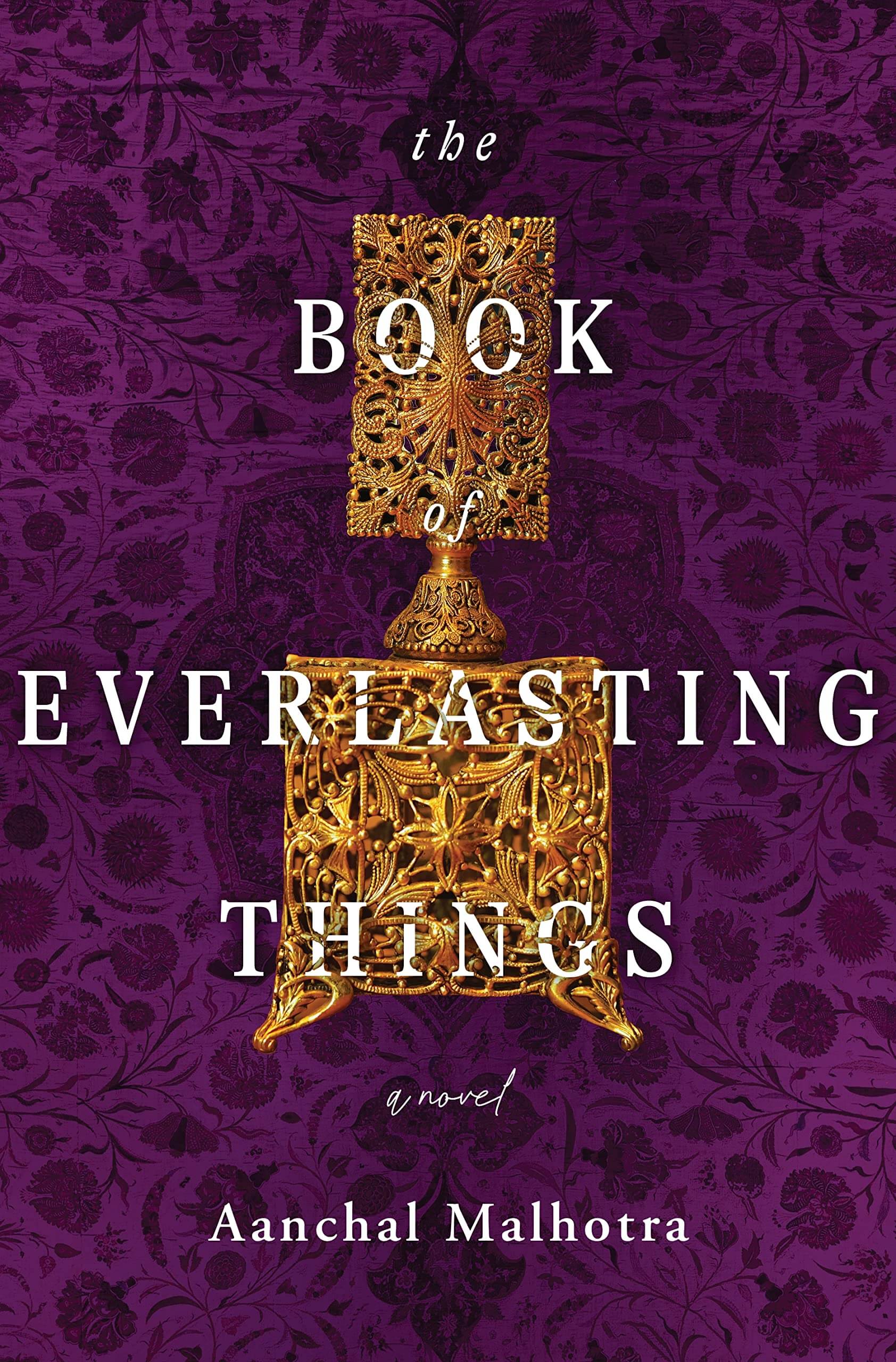 The Book of Everlasting Things by Aanchal Malhotra

Samir’s uncle Vivek is a perfumer in 1937 India, and upon observing the boy’s incredible sense of smell, he recruits him as an apprentice teaching him the art of distillation, the history of flowers and their scents, and his knowledge of ingredients. Altof Khan is a skilled calligrapher who wants his daughter Firdaus to learn his craft. When the two families cross paths, Samir and Firdaus fall in love with each other and their families’ pursuits, but their relationship is threatened when Partition forces Samir to become Indian and Firdaus to become Paksitani. As their worlds are cleaved in two, the pair must decide what they mean to each other and how far they are willing to go to be together. 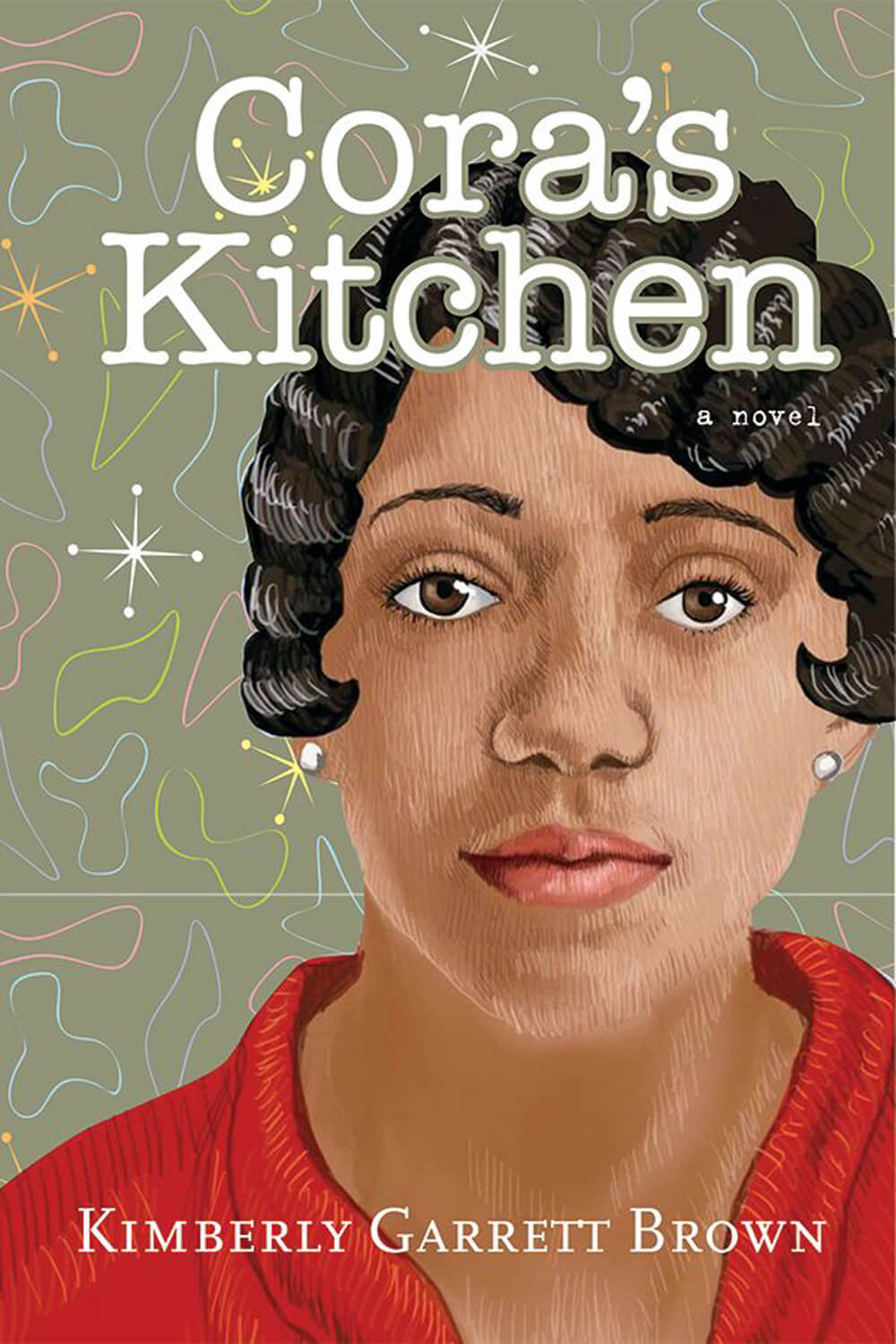 This epistolary novel set in 1928 Harlem stars Cora, a librarian at the 135th Street library, who longs to become an author. Langston Hughes is a library patron that has left for college, and one day she decides to write him a letter asking for advice on following her dream of writing. He writes back launching a correspondence that galvanizes Cora to pursue her literary ambitions. When Cora must take a leave of absence from the library to fill in for her cousin as a cook at a wealthy white woman’s home, Cora unexpectedly befriends the her employer Eleanor, and the two enter into an alliance that will help them step outside the roles and expectations society places on them. 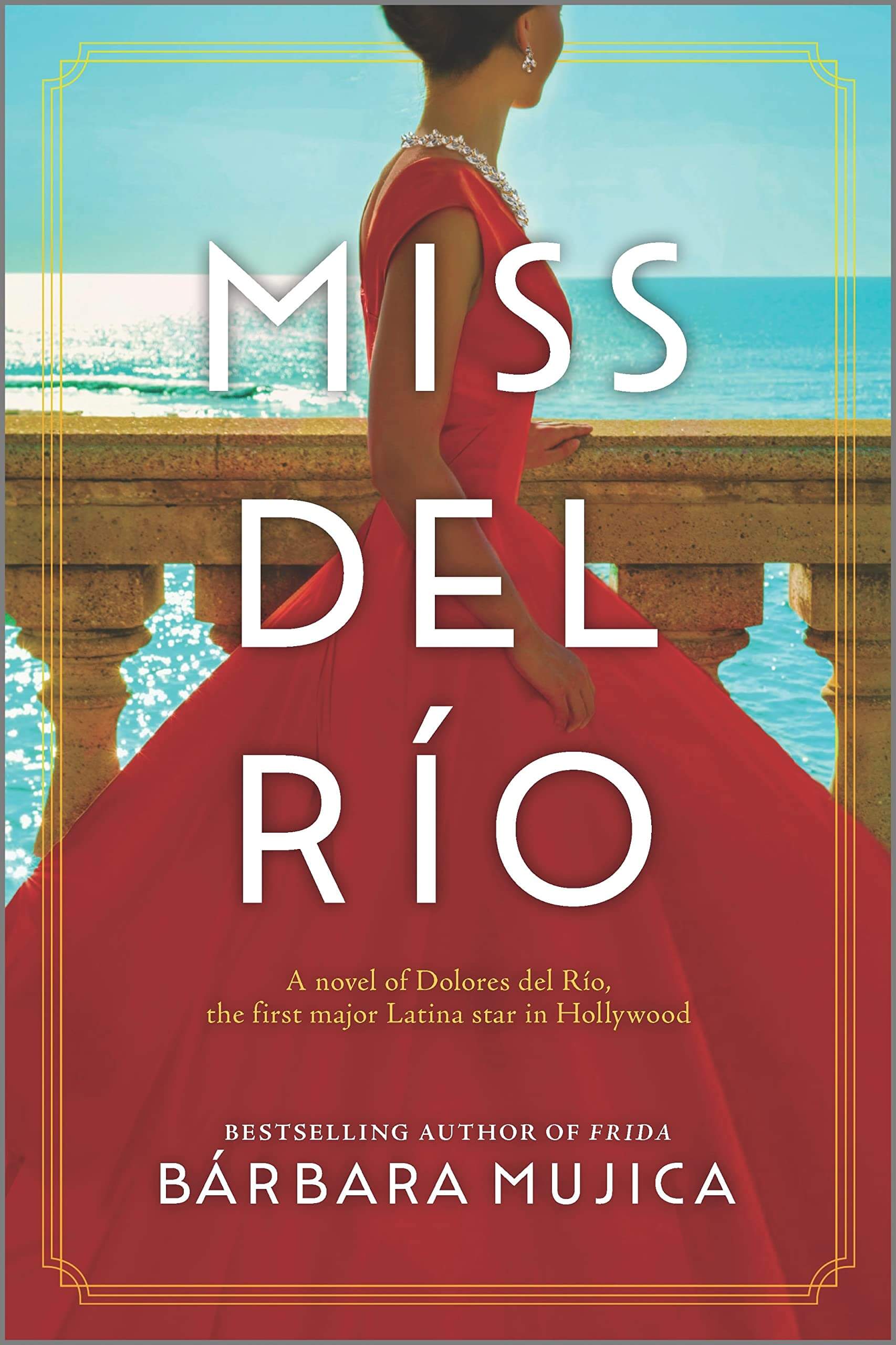 Miss Del Rio chronicles the life of famed Hollywood star Dolores Del Rio, whose life spanned a number of pivotal moments in history including the Mexican Revolution, the Jazz Age, Golden-Age Hollywood, and World War 2. Relayed through Mara, Dolores’ fictional hairdresser and close friend, the novel follows Dolores through a meteoric film career in Hollywood, despite intense racism directed her way, and an intense personal life which included numerous lovers and husbands, all amid the backdrop of wealth and privilege. When the war intensifies nativism in the United States and non-white stars are ostracized, Dolores finds she must return to Mexico to continue her career. Hollywood fans will enjoy the presence of other screen royalty including Marlene Dietrich and Orson Welles. 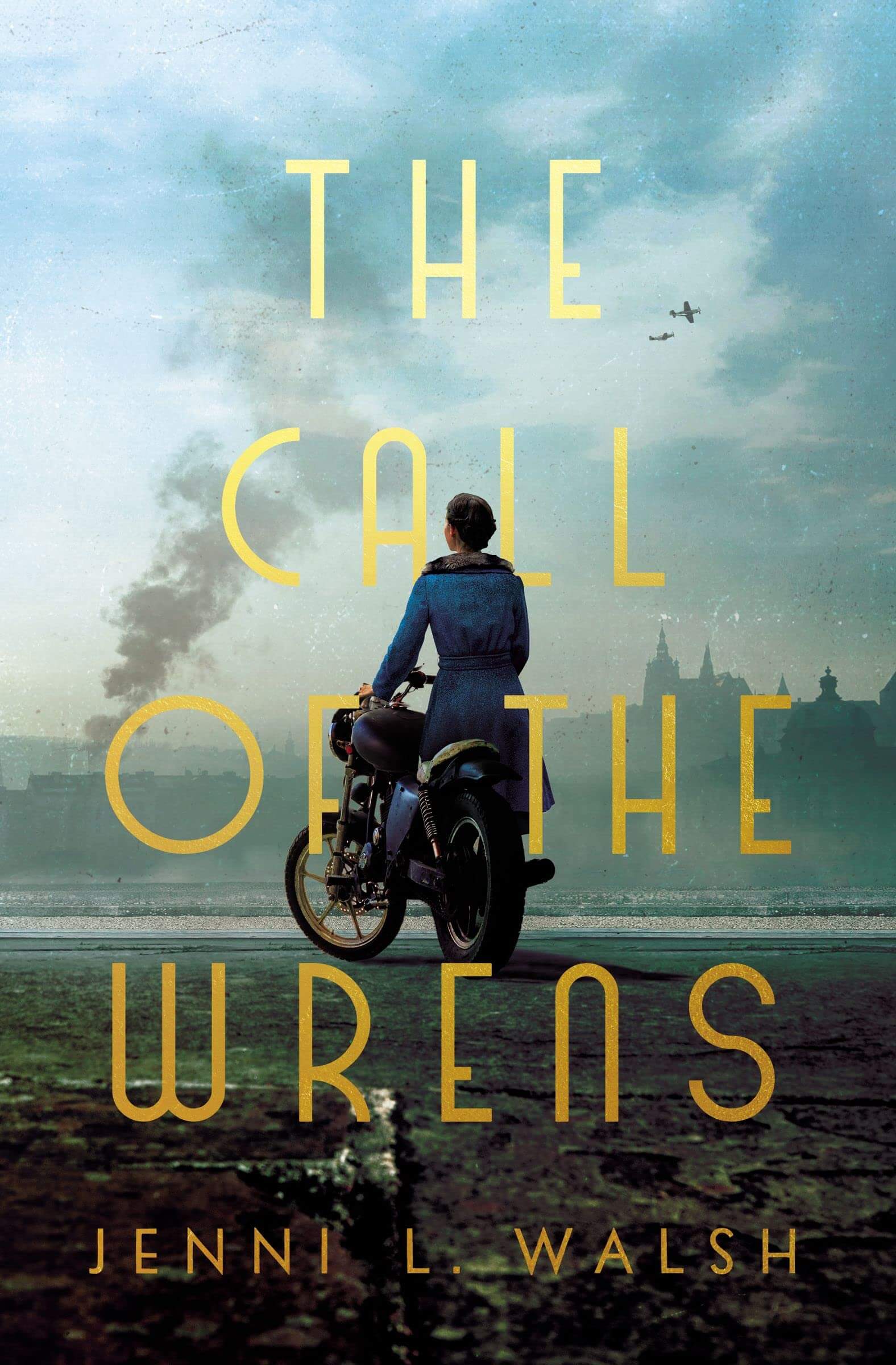 The Call of the Wrens by Jenni L. Walsh

This dual timeline tale follows two women born several decades apart who work as WRENS, in the Women’s Royal Naval Service, delivering messages via motorcycle during war time. Marion joins in 1917 to avoid homelessness while in 1936, Evelyn has overcome a disability and has a passion for automobile racing. She gets drawn into service when she learns about the WRENS. Both woman find their purpose and passion during the two world wars as WRENS, and eventually their two stories weave together in an emotional conclusion. 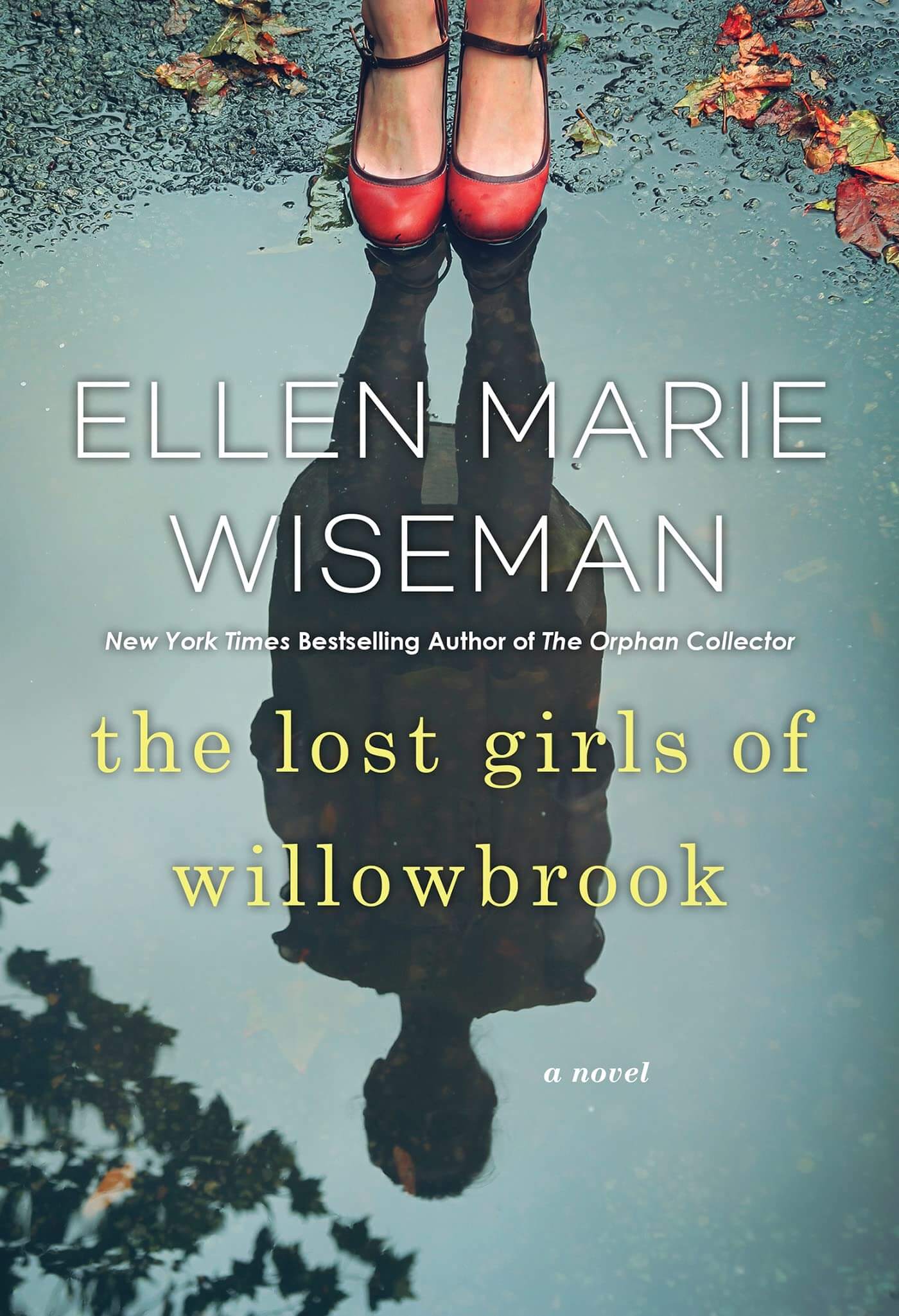 The Lost Girls of Willowbrook by Ellen Marie Wiseman

Based on the real Willowbrook School on Staten Island, New York, The Lost Girls of Willowbrook chronicles how horrifying life was at this mental institution that for decades served as a place to park unwanted children. For years, Sage has been told that her twin sister Rosemary died, but when she learns that Rosemary was actually committed to Willowbrook and recently escaped, Sage sets out to find her. When she arrives at the Willowbrook School seeking answers, she is instead mistaken as her sister and is sent to a ward in the unit setting off a terrifying chain of events. 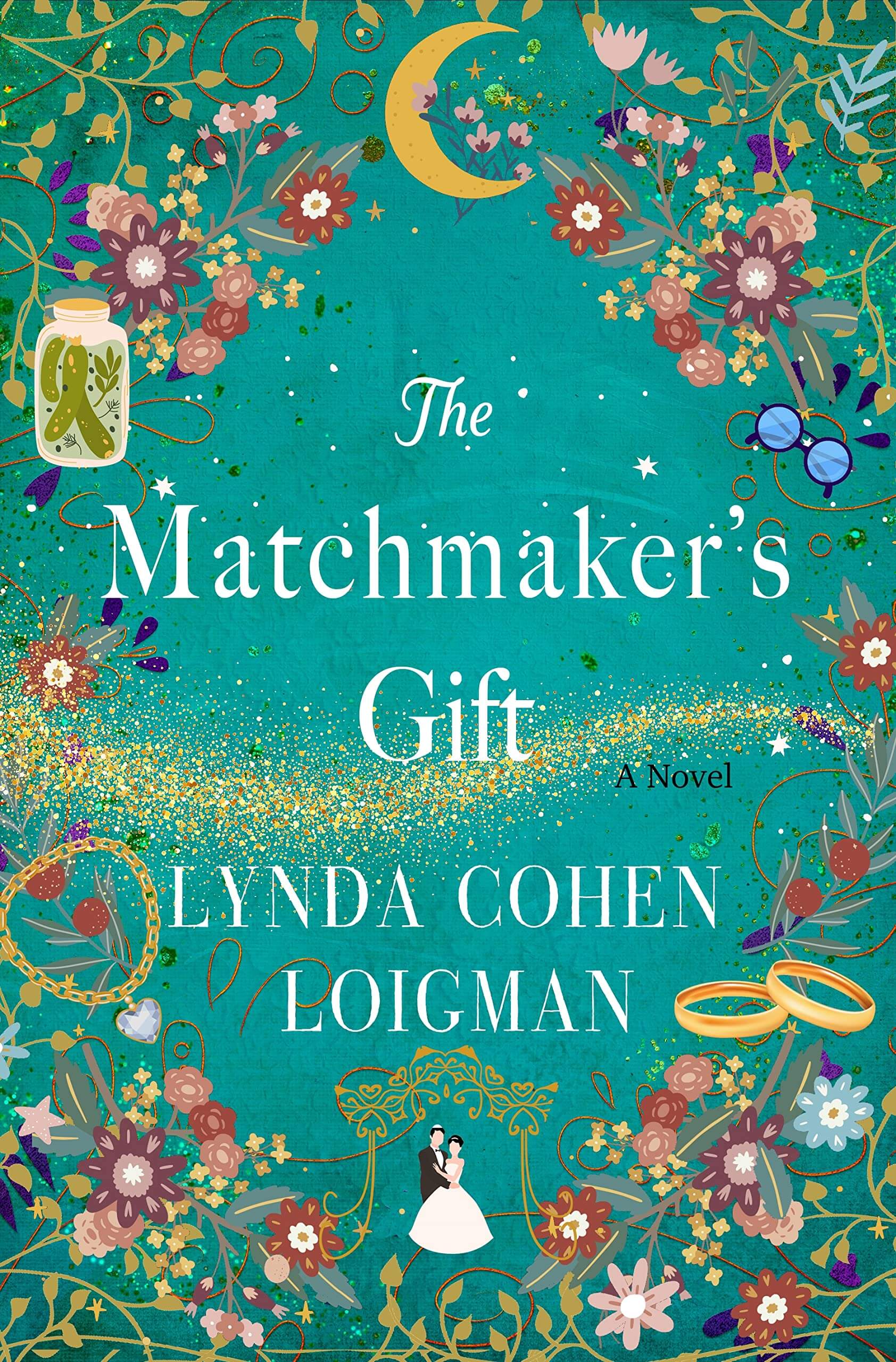 Written in a dual timeline format, The Matchmaker’s Gift follows Sara Glikman, a Jewish matchmaker ahead of her time in the early 20th century who begins her matchmaking when she is 10 and finds her sister a husband. When she dies, she leaves her journals to her granddaughter Abby, a lonely divorce attorney. Abby is distrustful of true love because her parents fought often and eventually went through a bitter divorce. But as she continues to delve into her grandmother’s journals, she realizes that she may be following the wrong path and that she needs to make some changes. 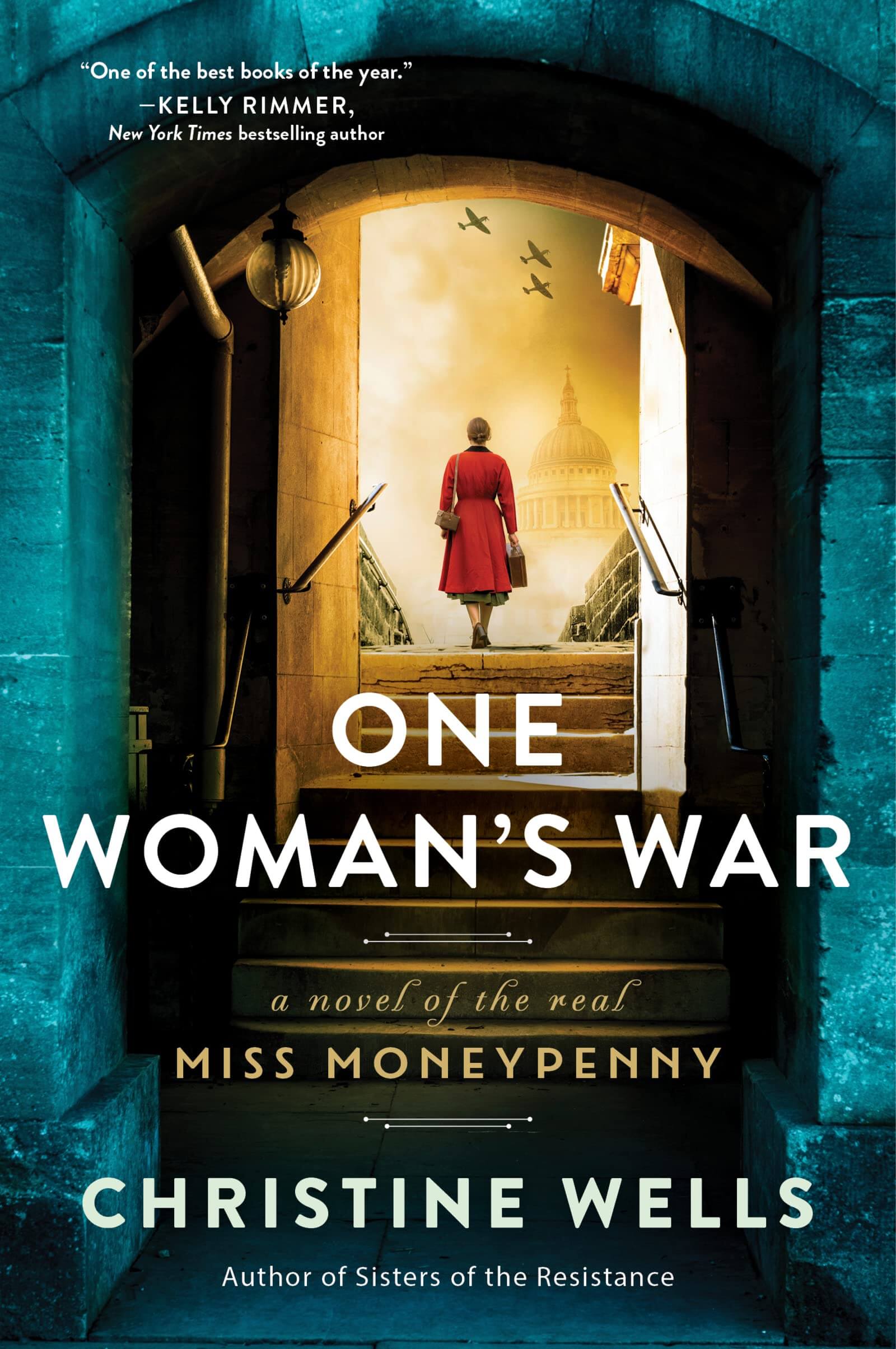 One Woman’s War by Christine Wells

Based on the woman who inspired Miss Moneypenny in the James Bond stories, One Woman’s War chronicles the life of Victoire (“Paddy”) Bennett, a British Naval Officer during World War 2. Paddy begins working as a secretary for Commander Ian Fleming, but quickly rises through the ranks to become a full-fledged spy. When Fleming creates a dangerous plot to outfox the Germans about Allied invasion plans, he recruits Paddy to help. Newly married, Paddy is eager to work in the field but quickly realizes that the operation will impact her marriage, as she struggles to balance duty to her country and her personal relationships. 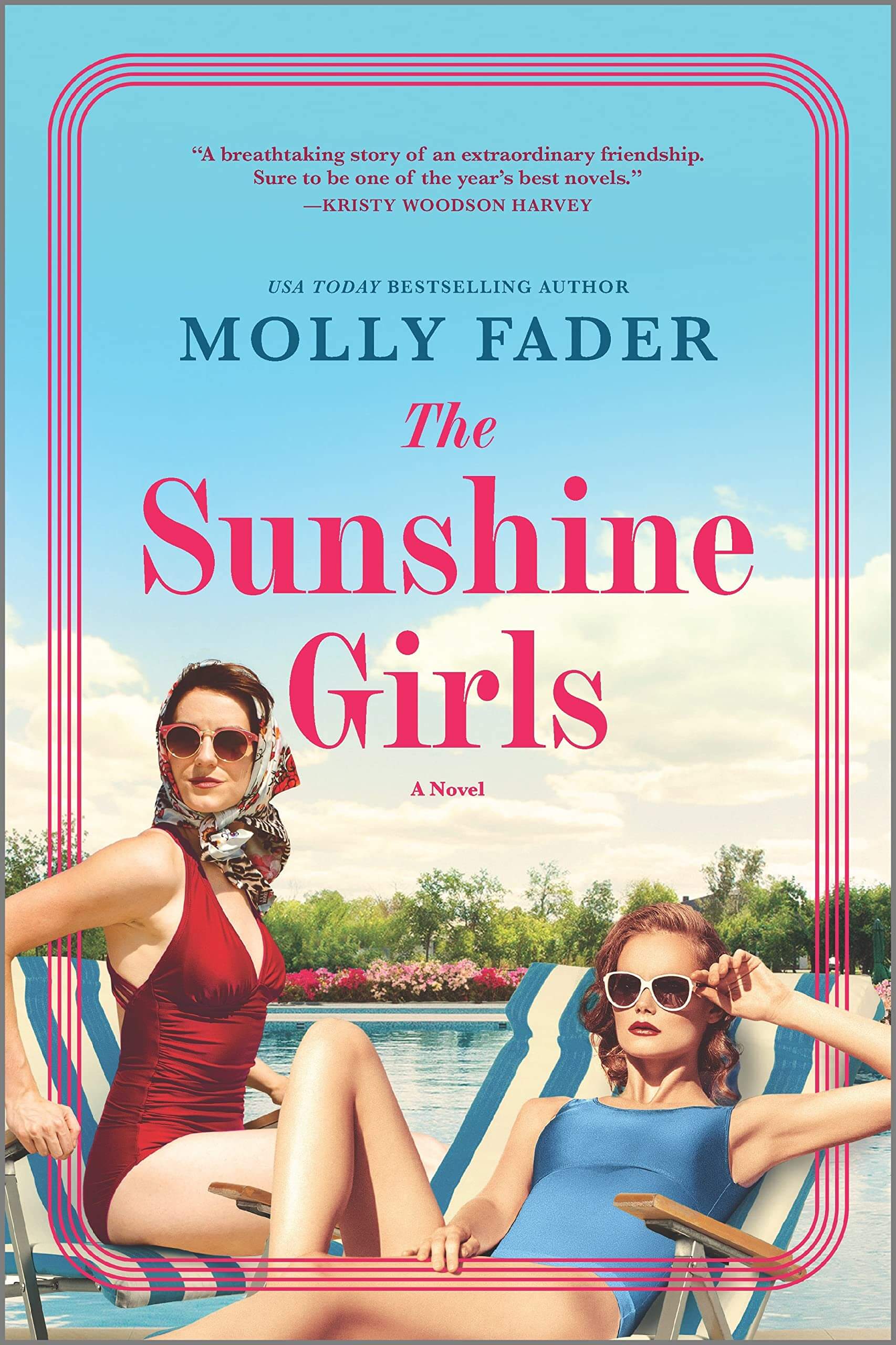 The Sunshine Girls by Molly Fader

In their first year of nursing school, BettyKay and Kitty, two drastically different women, are randomly paired as roommates in 1967 Iowa. Sophisticated Kitty hails from a big city and conceals a secret that she is desperate to keep hidden, while BettyKay is eagerly breaking free from her small town upbringing. The two women forge an unlikely alliance that is upended when tragedy strikes before their first year is complete. Even though they are separated, the two women remain friends. Five decades later, a pair of sisters is stunned when a famous actress shows up at their mother’s funeral, setting them down a path that uncovers long-held family secrets.