Ever read a book that has you smiling from ear to ear with every turn of a page? That’s a rom-com for you. And it’s said that laughter is the best medicine and love cures all, so this powerful combination of a romantic comedy genre should put anyone in good spirits. You can’t go wrong with two people on a journey discovering their feelings and being just plain silly along the way. And love with an element of humor always makes for light hearted and easy reads, and we’ve rounded up some true delights.

Don’t miss the most anticipated romance books coming in 2023>> 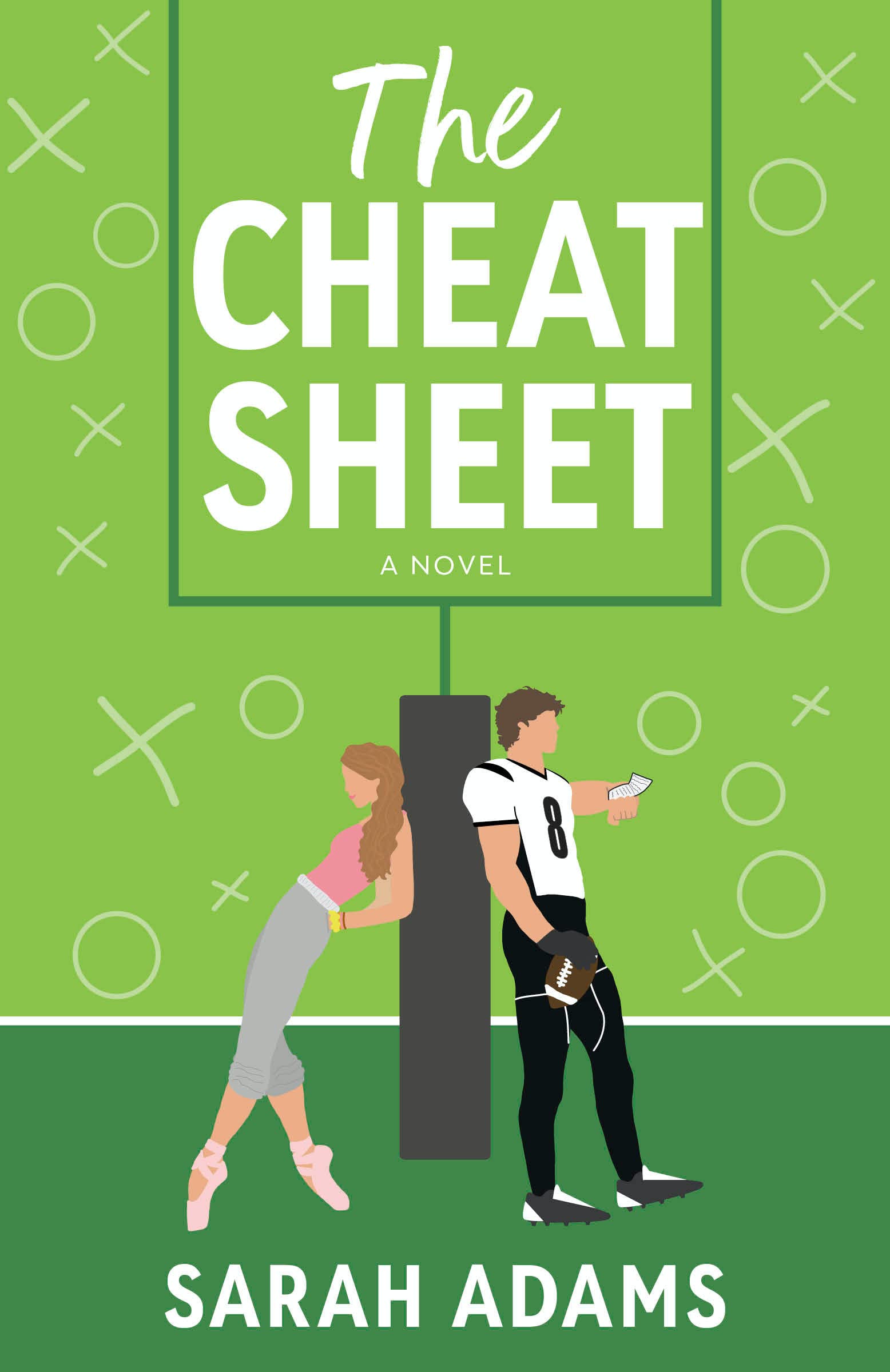 The Cheat Sheet by Sarah Adam

Bree Camden has it bad for her longtime best friend and NFL legend Nathan Donelson. Too bad she’s in the friend zone. And since she can’t admit her feelings, Bree focuses on other things, like her dance studio, which just got another rent increase. If Bree can’t come up with the money, that means she’ll have to close her studio for good. When Nathan buys her studio, Bree’s reaction—getting upset, then drunk and spilling her love for Nathan to a TMZ reporter—quickly spirals things out of control. And to save the disaster, she now has to pretend to be a couple with Nathan for three weeks. While she’ll have no problem pretending to be in love with her best friend, can Nathan go along with the game plan? 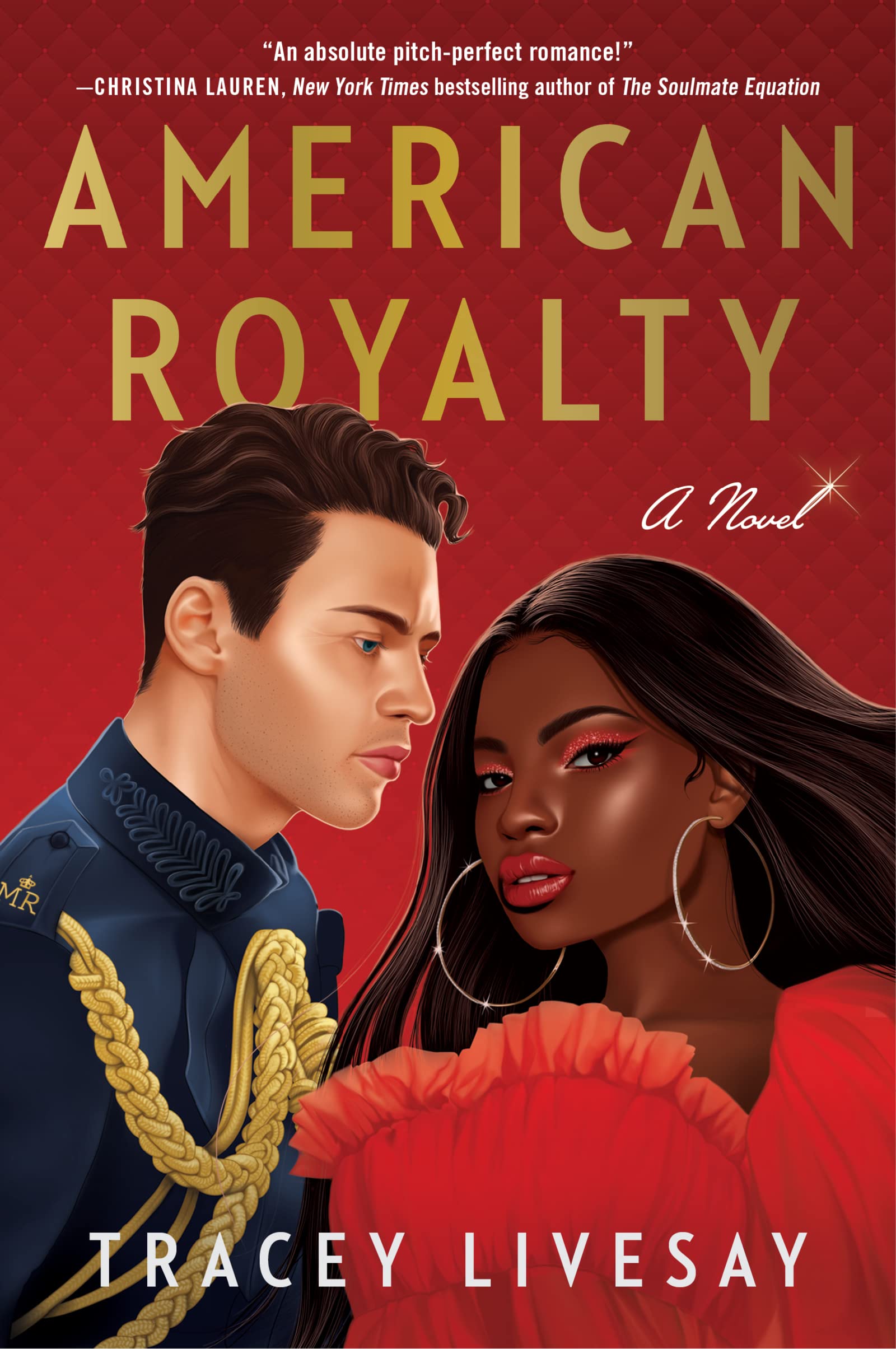 Danielle “Duchess” Nelson is a rapper who’s about to become one of the richest women in hip hop. After signing this deal, she’ll have freedom and control over her life. But another popstar on the rise has her deal looking shaky. In need of publicity for a positive image, she agrees to do a concert, one for the Queen. Prince Jameson on behalf of the Queen must put on a concert to pay tribute to her late husband and to rectify the scandals from her children. When Jameson meets the “Duchess” he’s in for a shock. She’s not what any of them expected, but the more time he spends with her, the less he cares about what others think. Can their attraction be enough to hold onto what others will try to break? 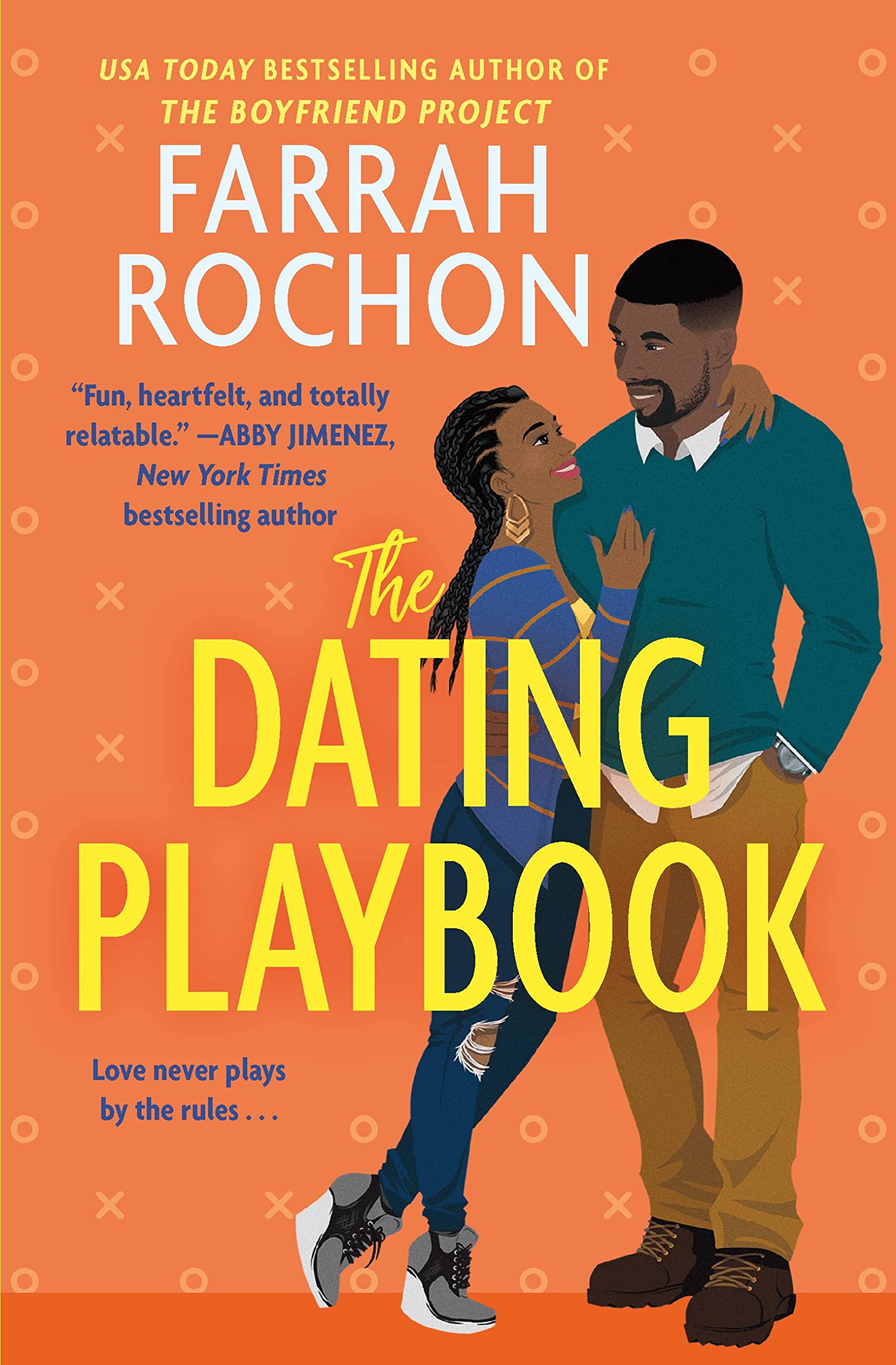 The Dating Playbook by Farrah Rochon

Taylor Powell loves kicking butt at training clients. She just wished it paid all of her bills. Training is great, but Taylor needs a miracle, because rent is due, and her money is tight. Jamr Dixon, one of her clients, just might be the answer to her prayers. Former football player Jamar is looking to get back into the NFL, and he needs Taylor’s skills as a trainer but quietly as he doesn’t want people to know he needs the help. Yet when people assume they’re a couple things quickly get out of hand, and Jamar may be training for more than just football. 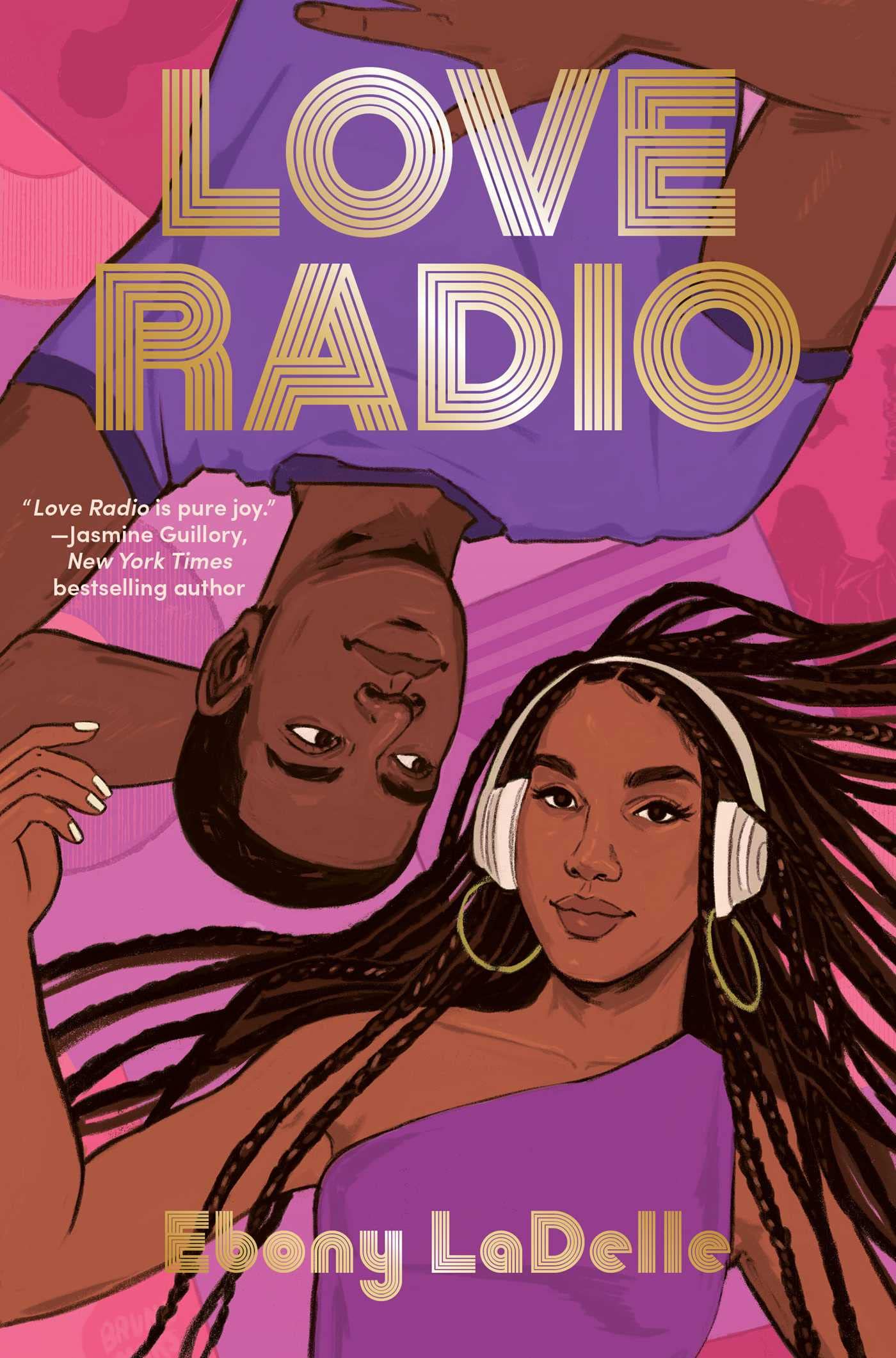 Seventeen-year-old Prince Jones seems like he knows it all. With his slot on Love Radio, Detroit’s popular hip-hop show, he tells it all, giving out advice to those with broken hearts. Outside of the show, Prince dreams of being a DJ. Only his life of taking care of his sick mother and little brother has his dreams on the back burner. Soon he’ll meet Dani Ford, who unluckily for Prince, doesn’t do love. Her goals are to finish her senior year and move to New York to be an author. While the sparks may fly between the two, Prince the romantic is smitten, but Dani doesn’t want anything serious, so he’ll have three dates to convince her, or she’s out for good. 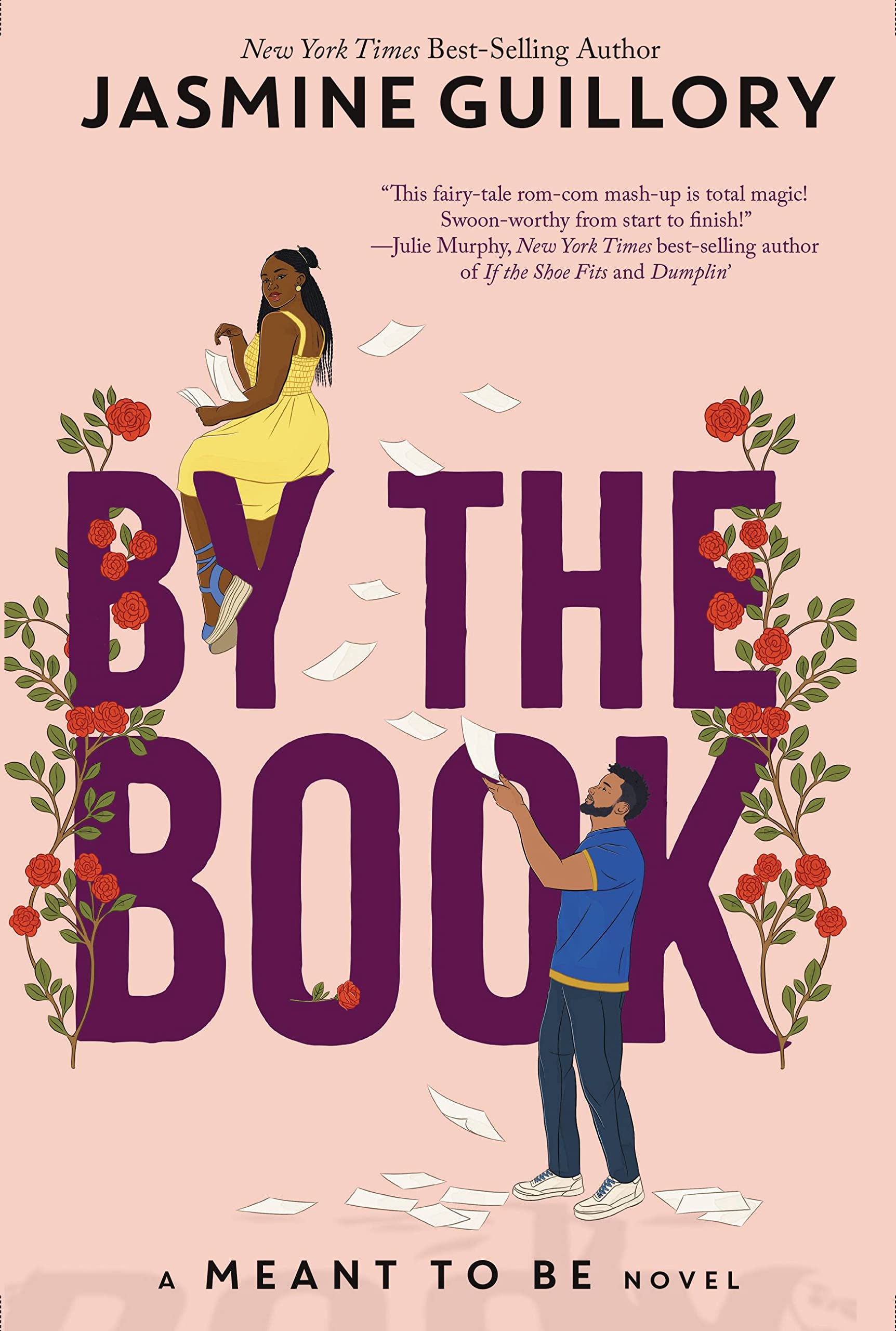 By the Book by Jasmine Guillory

Isabelle, aka Izzy, is lost. At 25, she didn’t think she’d still be living at home working in publishing as the only Black employee in her firm. When Izzy hears her boss complaining about a high profile author, she steps in, hoping to get the promotion she knows she deserves. She’ll just have to convince Beau Towers, said author, to get writing, simple right? Not quite, because soon Izzy realizes the author is more than she bargained. With some much albeit forceful encouragement, Beau begins to tell his story, and Izzy realizes there is more to the jaded author than ever, something that she’d like to explore once her assignment is over.

Love books about books? Then don’t miss these contemporary romance novels that center around books and authors>> 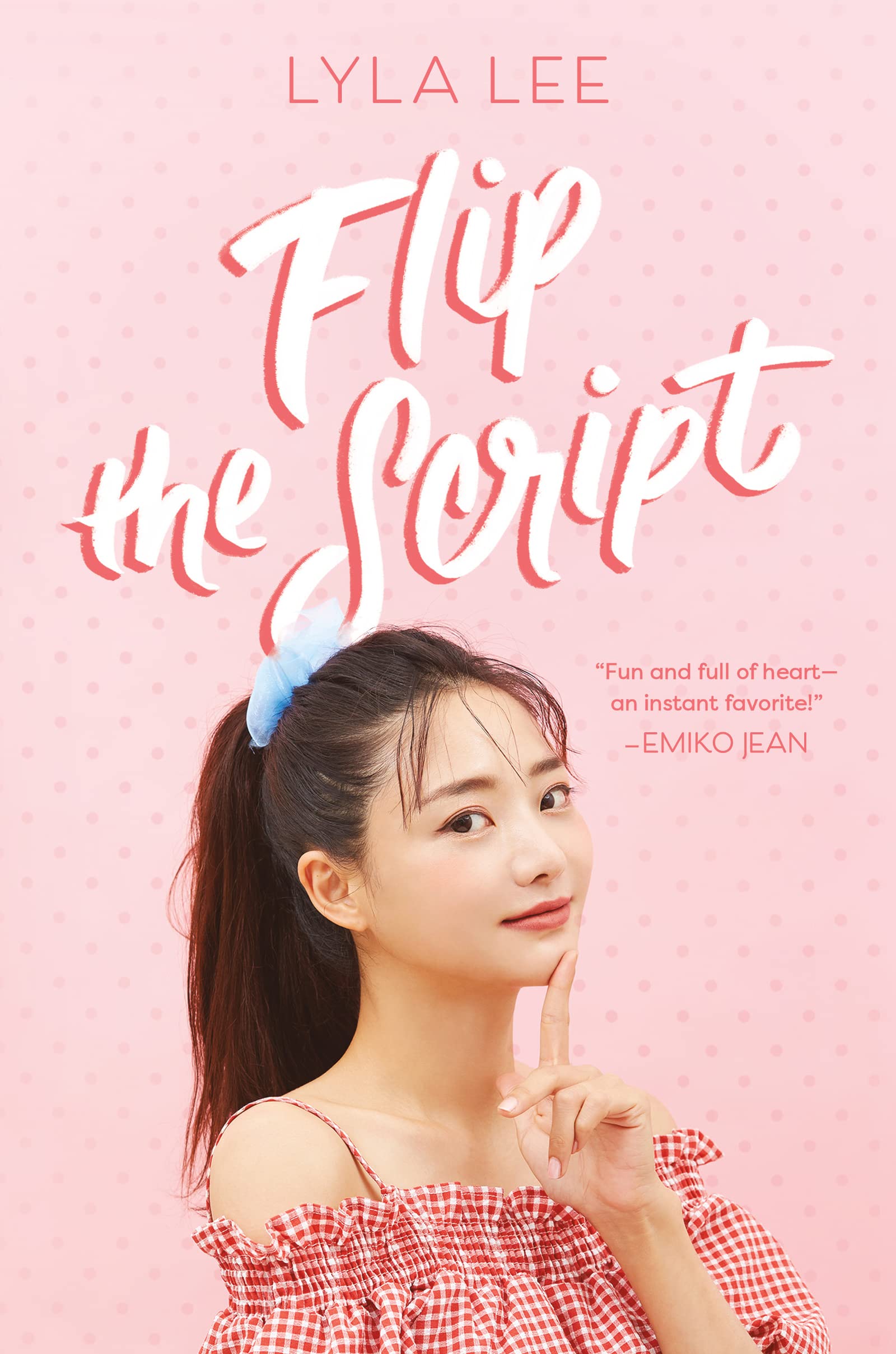 Flip the Script by Lyla Lee

Hana has just landed a starring role in a new K-drama. Since she’s watched so many, she knows all the tropes to avoid, specifically the one where she must avoid falling in love with her on-screen boyfriend. But when the showrunners bring in competition for Hana, and it’s someone she knows, Hana will have to fight to keep her love interest and her job. 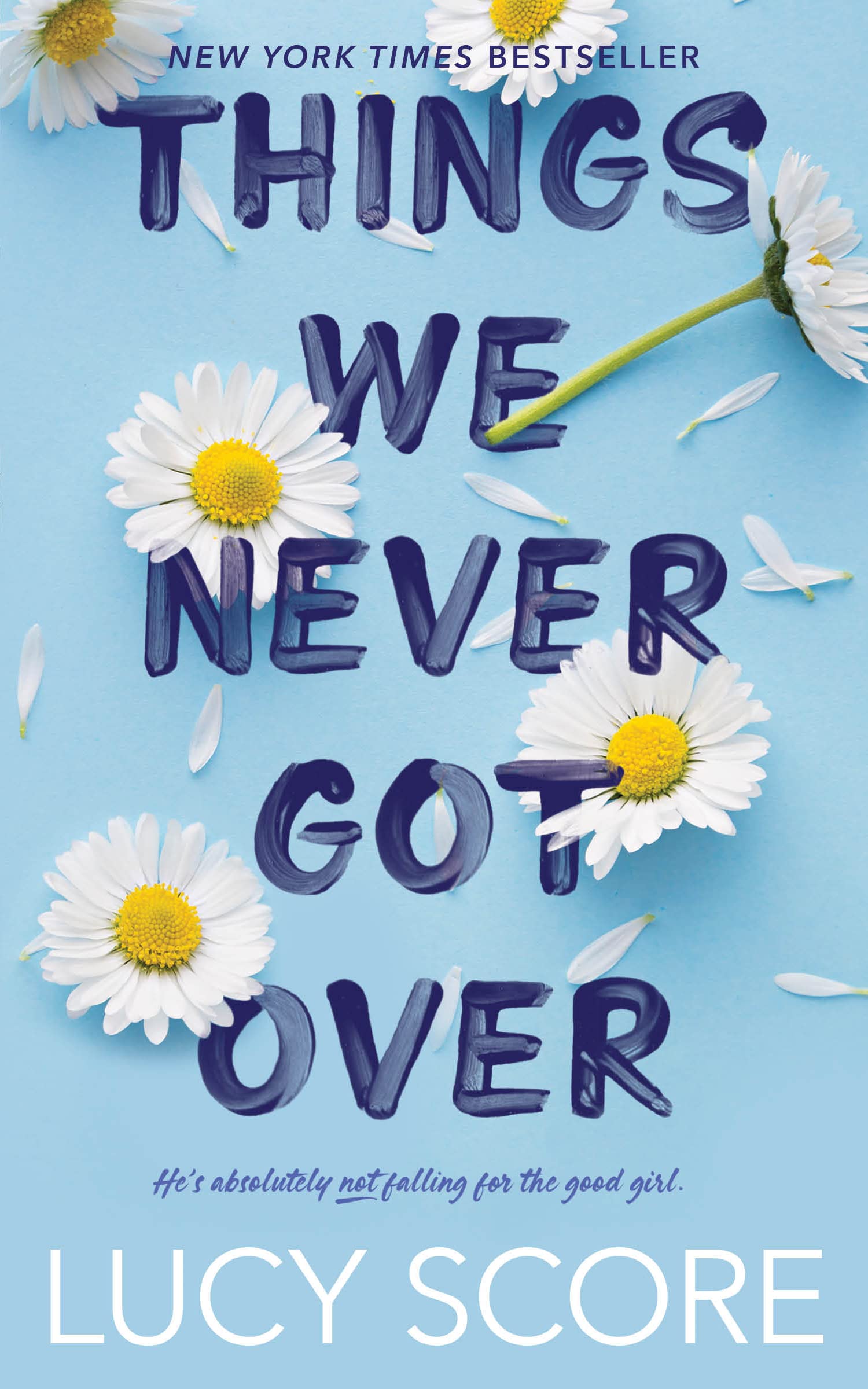 Who leaves a wedding to save an estranged twin? Naomi does, although her sister may have just been the excuse she needed to run. When Naomi does make it back to her hometown, not much has changed, including Tina, her twin. And it isn’t long before Tina has stolen her sister’s car and cash to hightail it out of town. Now Naomi’s stuck without a place to live and Tina’s 11 year old daughter. When Knox meets Naomi, his first thought was to run fast, because women with drama were not his type. But he reluctantly helps her, and soon he’ll see that Naomi isn’t as easy to walk away from as he imagined. 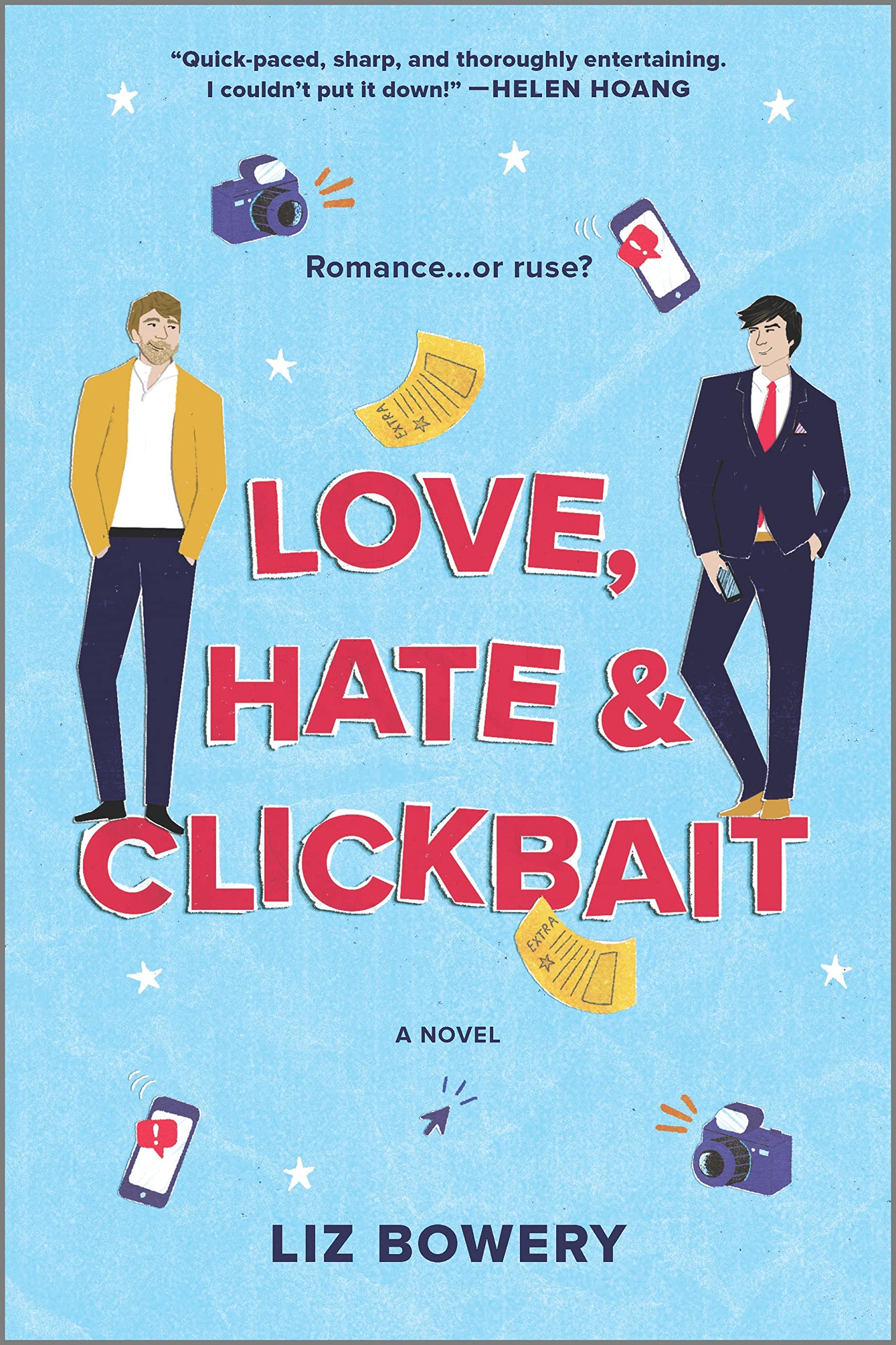 For cutthroat political consultant Thom Morgan, life is good. He has a job working on the governor of California’s presidential campaign, and things are thriving. Except he has to work with Clay Parker, a  smug data analyst who annoys Thom constantly. One argument that a journalist photographs makes it looks like the two are kissing, and it goes viral. Now the two have to turn their hate relationship into an all-out, in-love fling to win over more voters. Thom, who understands damage control, smiles and goes along with it, but when the desire for Clay rears its head, Thom isn’t sure he can handle the outcome, because it could very well be his job and his heart. 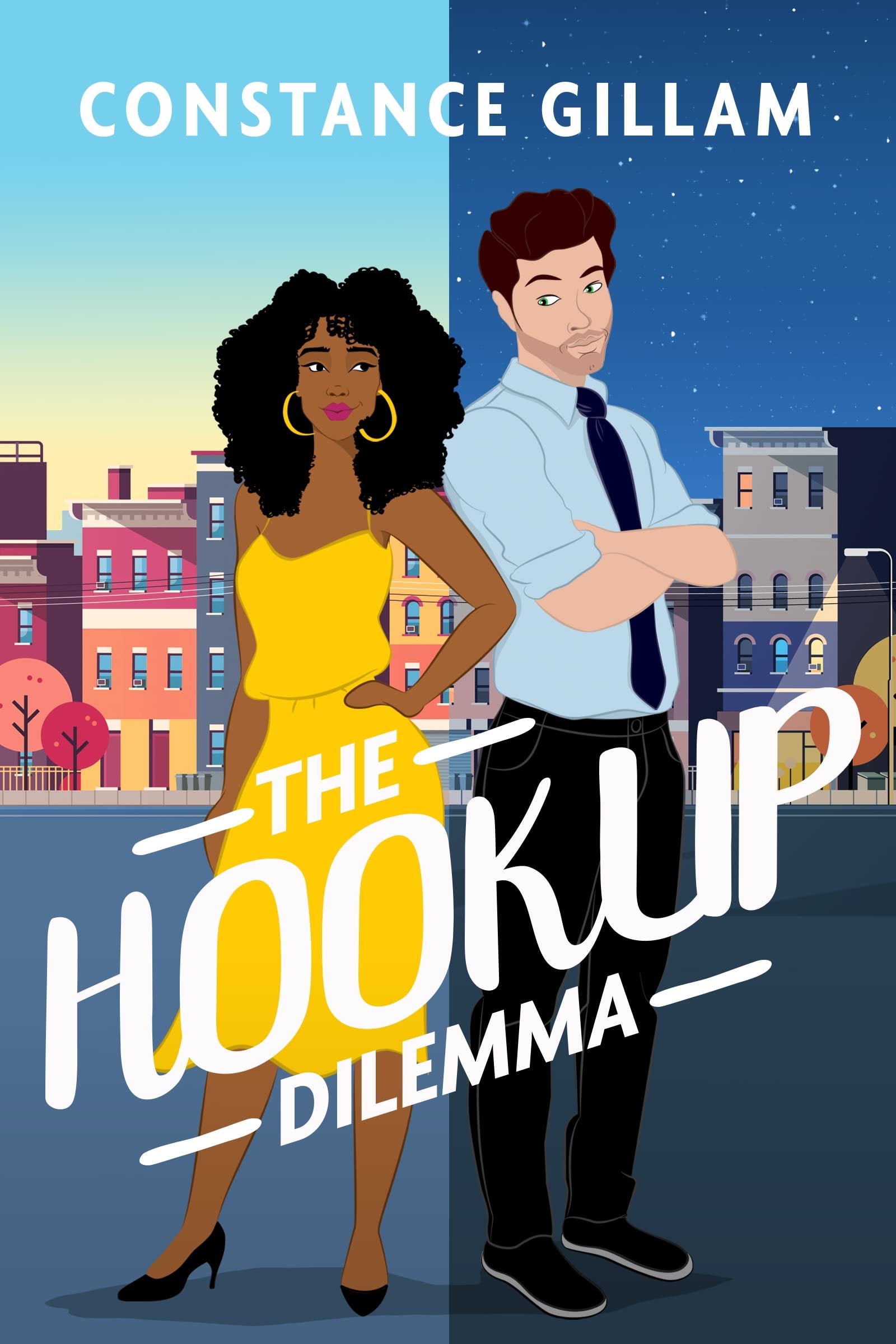 The Hookup Dilemma by Constance Gillam

One night stands were never Rashida Howard’s thing. But meeting workaholic Elliot Quinn might just have her breaking that rule. The two have one amazing night that puts stars in their eyes and butterflies in their stomachs. Yet when life gets in the way and a dispute between Elliot’s job and Rashida’s community brings tension, can their chemistry be enough to save their relationship? 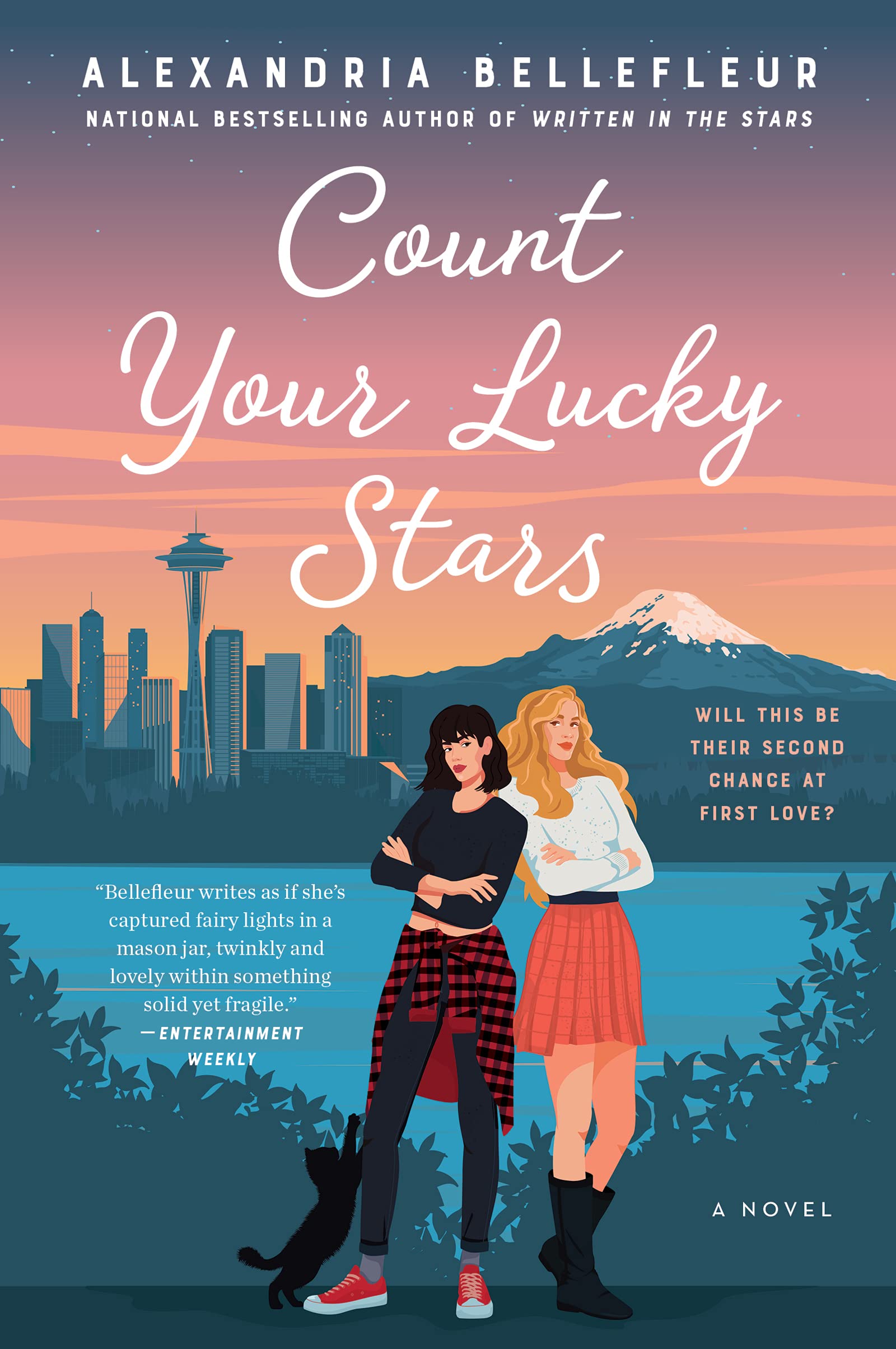 Margot Cooper likes casual hookups; relationships are too messy for her. She’d be okay with it all, if her entire crew hadn’t found their partners, making her the fifth wheel. On tour, Margot runs into Olivia Grant, her childhood everything. Margot hadn’t seen Olivia in 10 years, and the moment they lock eyes, she could swear her heart skipped a beat. But life hasn’t been too kind to Olivia either. She’s newly divorced and hoping to start a new path in Seattle, but she never expected to see Margot. When unfortunate events leave Olivia in need, Margot comes to her rescue and it’s like time never left them. They’ll just have to make sure history doesn’t repeat itself.