A mixture of Black identity, alternate histories, mythology folklore, and fantasy, Afrofuturism is the perfect genre of science fiction that connects the African Diaspora and its ancestry. Whether you’re looking to dive into the past, present and future of Black culture, or you want an imaginative and artistic read, try out some of these Afrofuturist favs. 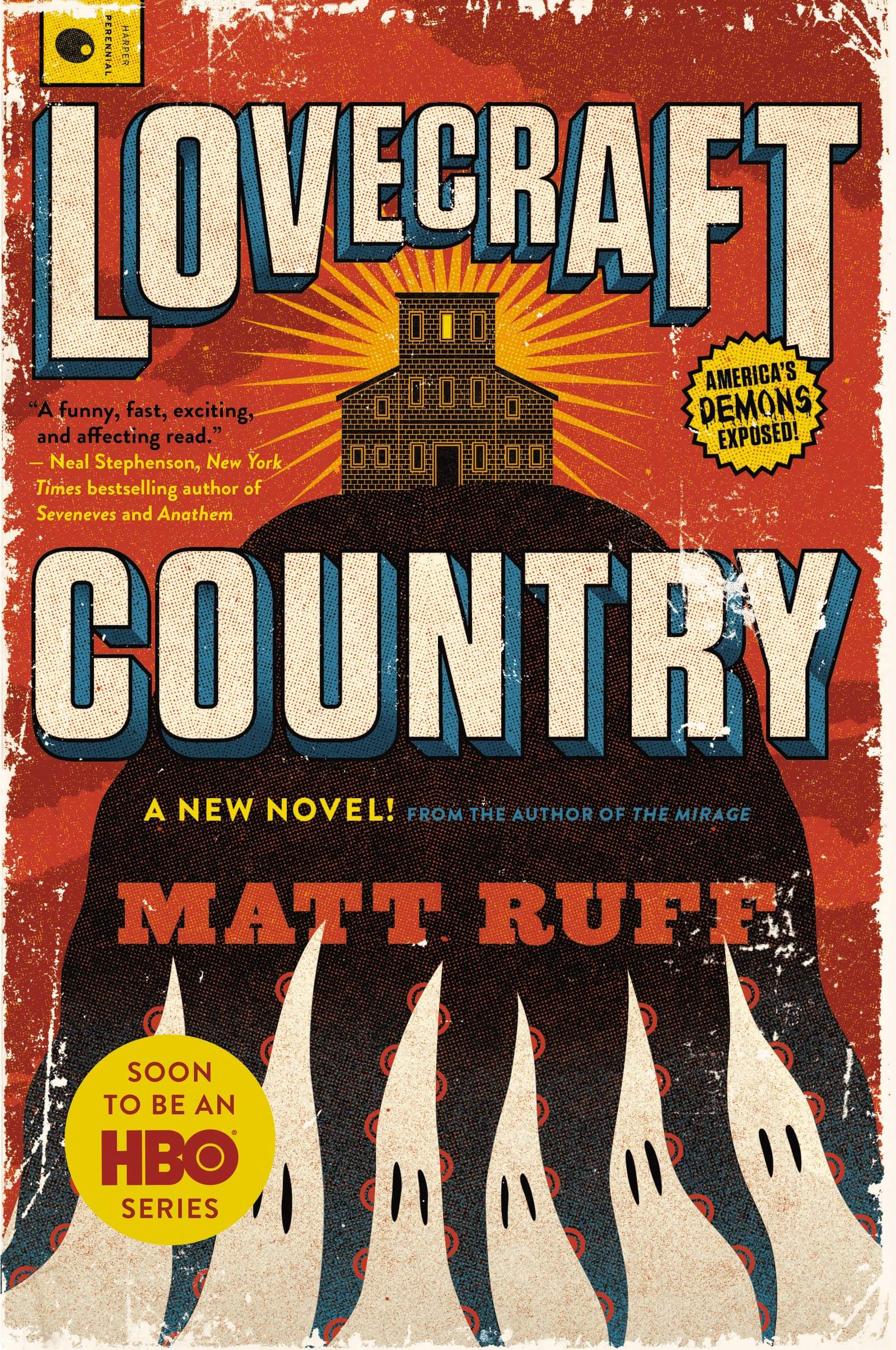 In 1954 Atticus Turner, a 22-year-old Army veteran, returns home to Chicago when news of his father’s mysterious disappearance reaches him. As soon as he’s back, he sets off to his father’s last whereabouts, Mr. Braithwhite, with his uncle and childhood friend Letitia. The estate that Braithwhite owns just so happens to have a direct link to his great grandmother and Atticus’s family history. Traveling to New England during Jim Crow is not an easy task for the three and along their path, they’ll discover malevolent spirits, haunted houses, black magic, disturbing rituals, and his father held captive by a secret organization. 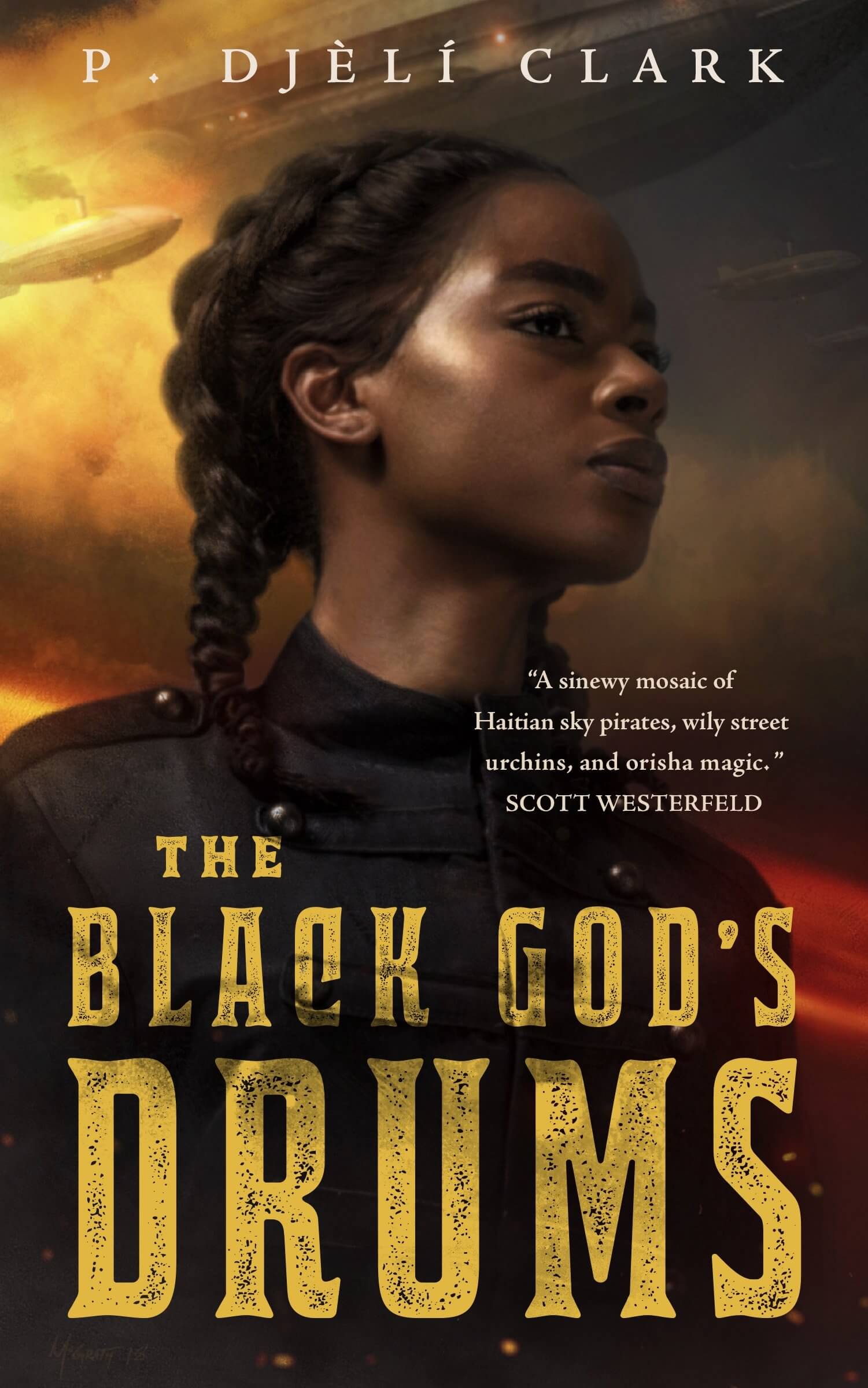 In 1884 New Orleans, Jacquelin aka Creeper is an orphan ready to escape her old life and start a new one. While she loves her city, living on the streets as a young teen has its challenges that she is ready to see through. She wants to travel the world. The only way Creeper believes she’ll be free is to secure passage on the Midnight Robber, a smuggler airship. She must first earn the captain’s trust using a secret she discovered about a gang’s attempt to kidnap Haitian scientists. She also has another secret, the African orisha called Oya of the wind and storms, which gives her access to special powers. Will her secrets be enough to grant her freedom from New Orleans, or will they reveal more than she is willing to share? 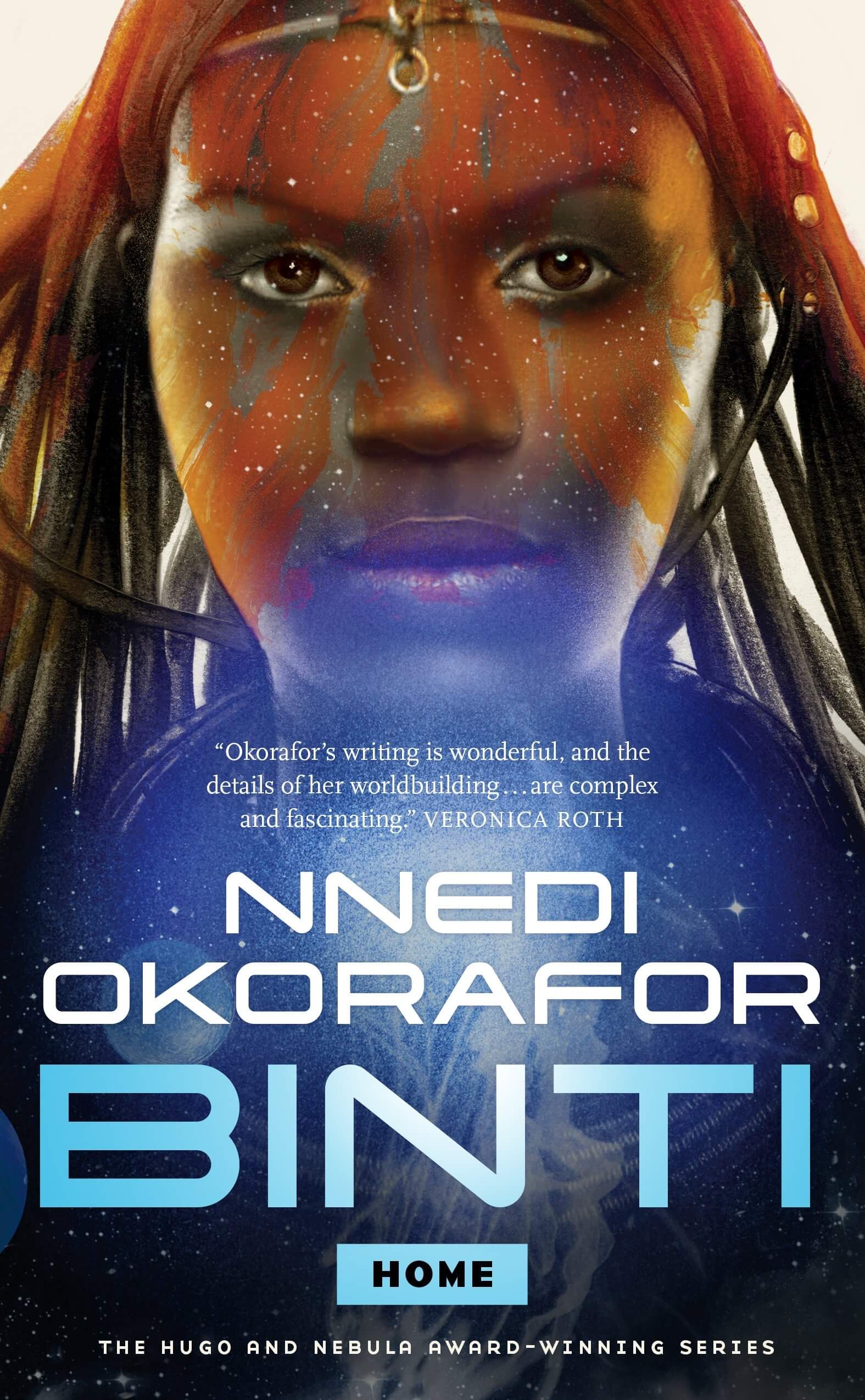 Being away from home has its perks adding an entirely different planet to the mix comes with its problem. For one, it has allowed 17-year-old Binti to escape her feelings and emotions since her last battle of uniting two warring planets. But the way she left her family and their expectations for Oomza University also wasn’t in the best place. So she returns home a year later with her new friend Okwu, the first nonhuman to enter Earth, all she wants is to live in harmony with her family and her new friend but destiny and Binti’s family has more in store. 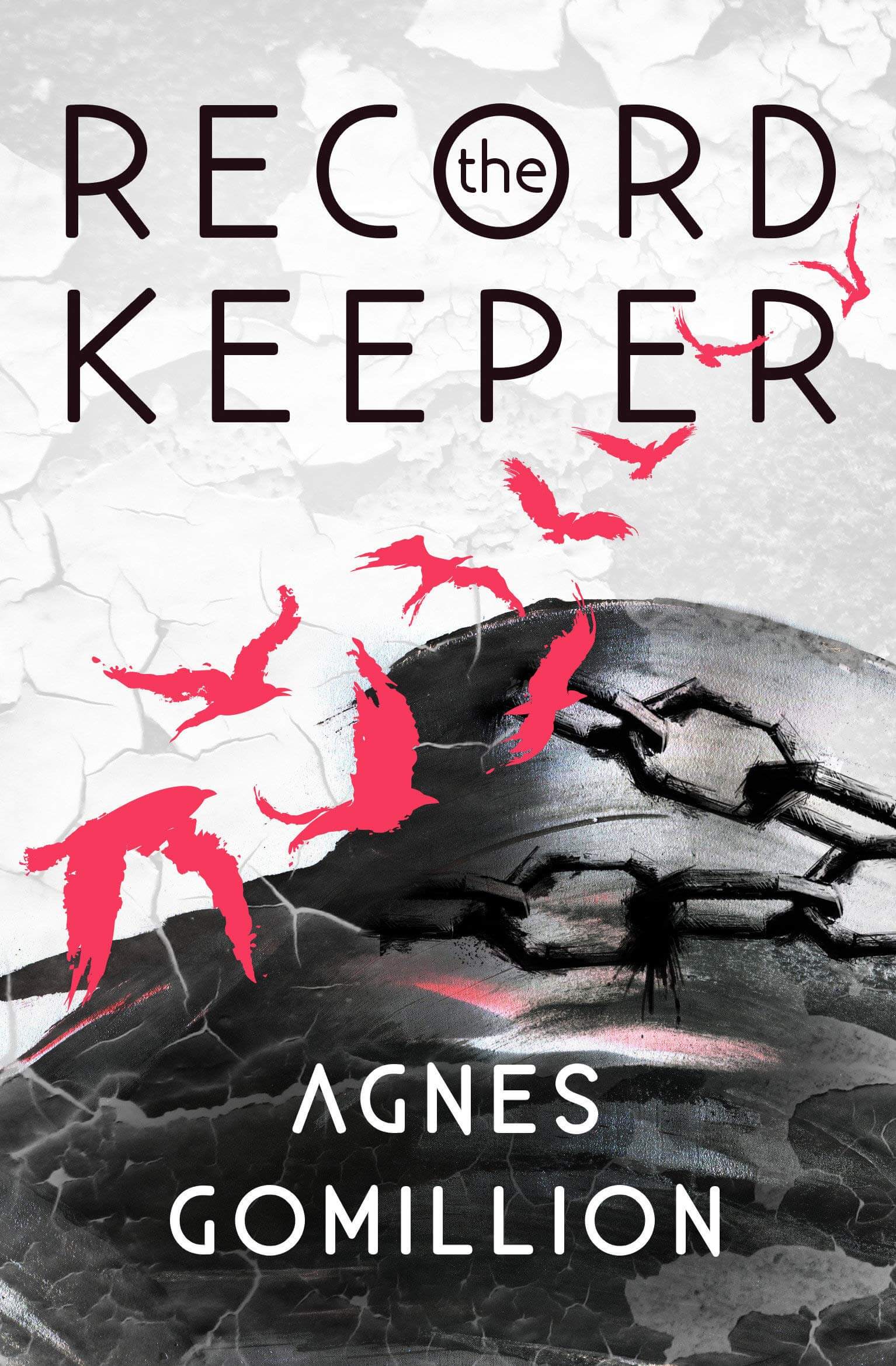 The Record Keeper by Agnes Gomillion

Liberation is nothing but a dream for the people on Earth. World War III left the planet in ruins, and a reluctant truce has everyone walking on eggshells, trying not to risk the small amount of peace that exists. Arika Cobane has trained and worked hard for ten years to move into privilege and become a record keeper but when a new student arrives just as she’s about to step into her last year, and starts spreading rumors of treason, Arika begins to question who she is and whose life is she fighting to save. 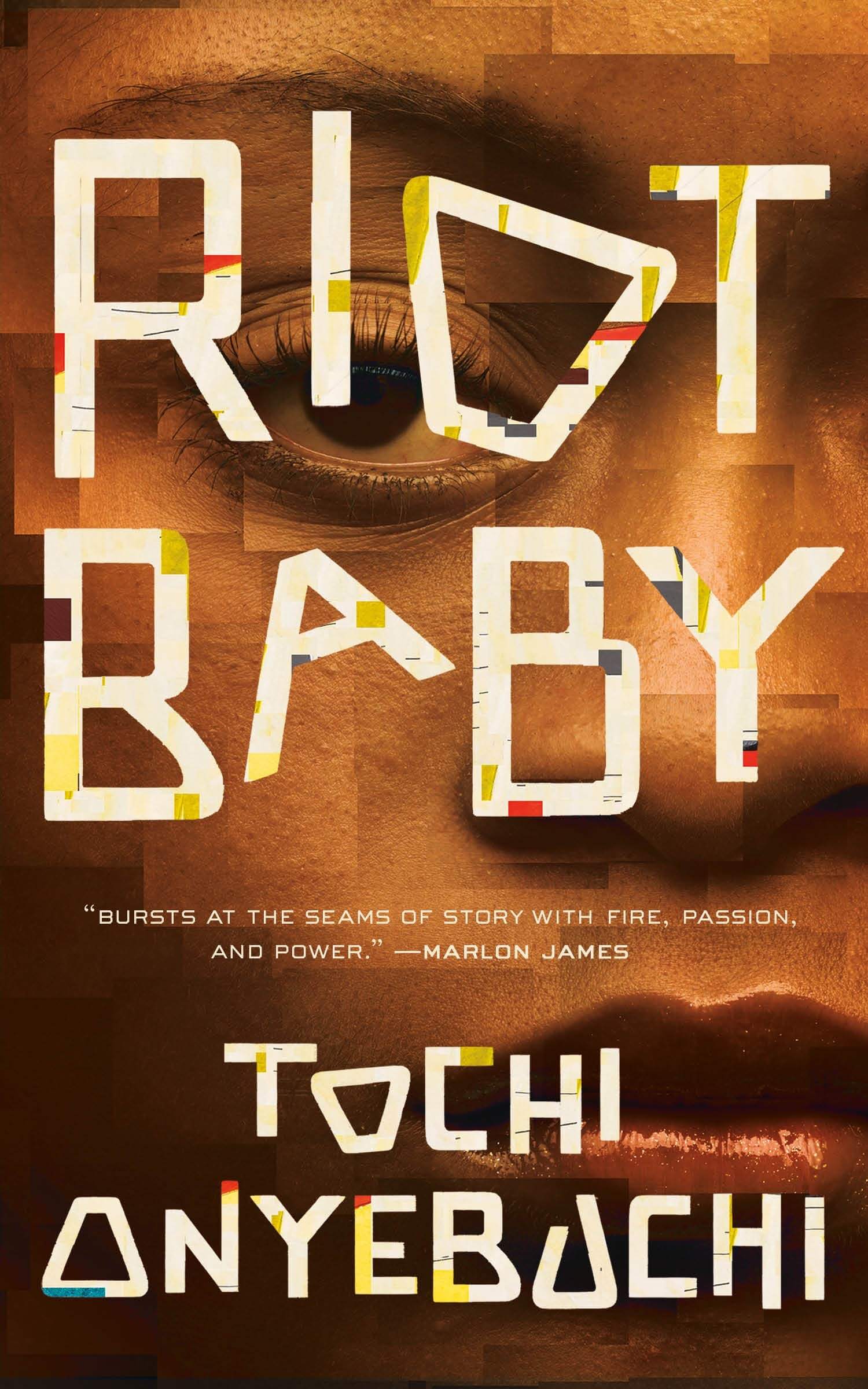 Two siblings, Kev and Ella, who live in Compton, have two different stories to tell. Each, jumps from past to present, and their experiences are like no other. From Ella’s viewpoint, we see her mother give birth to her younger brother Kevin amidst the brutal riots swarming the city. Ella can see a person’s past, present, and future life, make herself visible and travel, and destroy items in her mind. Her brother, on the other hand, grows up in the future to be intelligent and smart, with working computers. But when he’s incarcerated for being a young Black man, the only thing to keep him sane is the astral visits from his sister, who tries to keep him from the darkness. 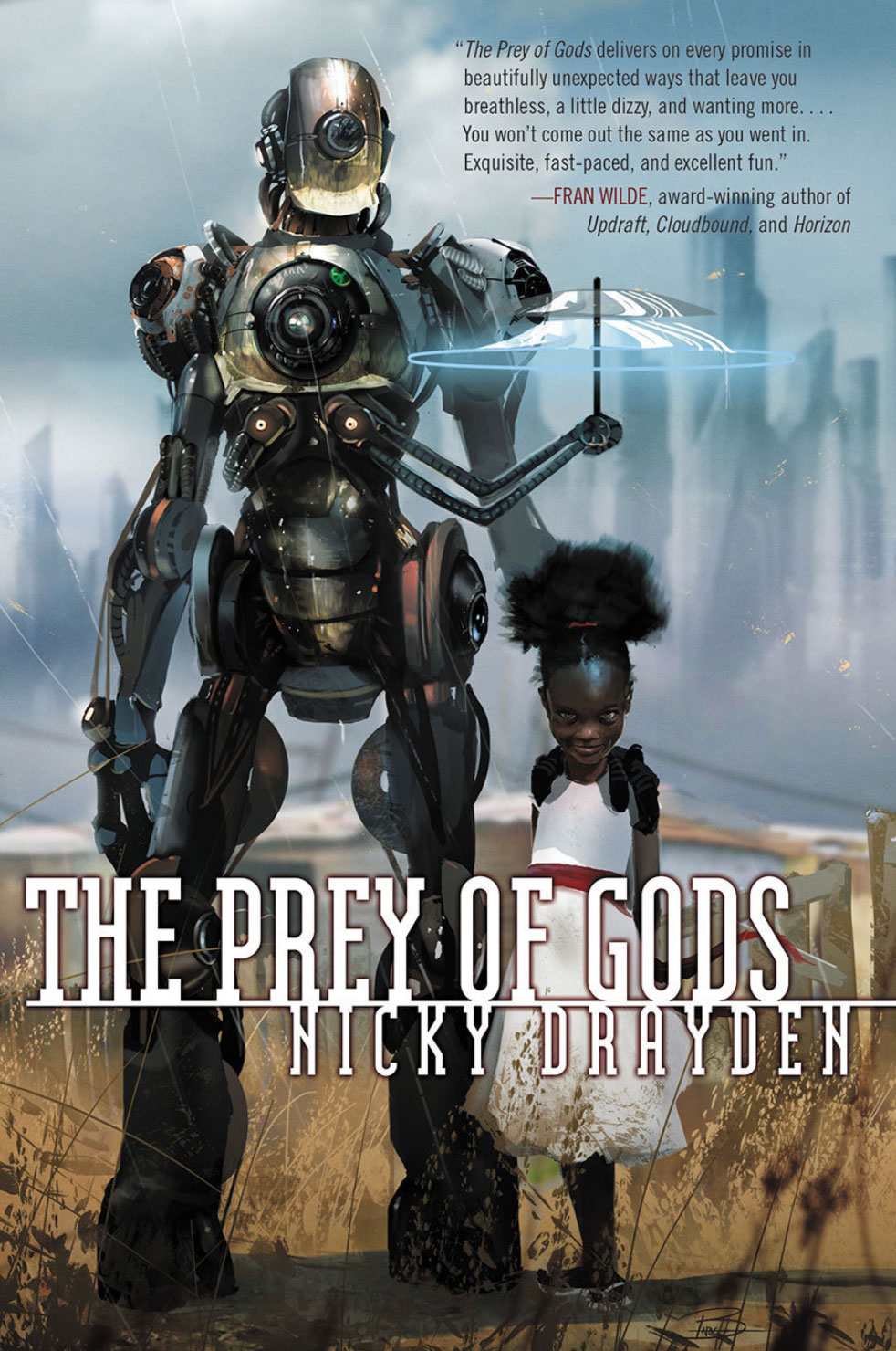 The Prey of Gods by Nicky Drayden

The future of South Africa has personal robots and renewable energy that makes infrastructures for the poor. But when a new drug hits their horizon, an AI threatens to uprise and destroy them, and a murderous ancient goddess is on the loose—the people of Port Elizabeth will never be the same. Nomvula, a young Zulu girl coming into her powers as a demigoddess, along with a queer teen who can control minds, a cross-dressing senator, and a pop diva, might be the only ones who can stop all of the madness happening and save their land. 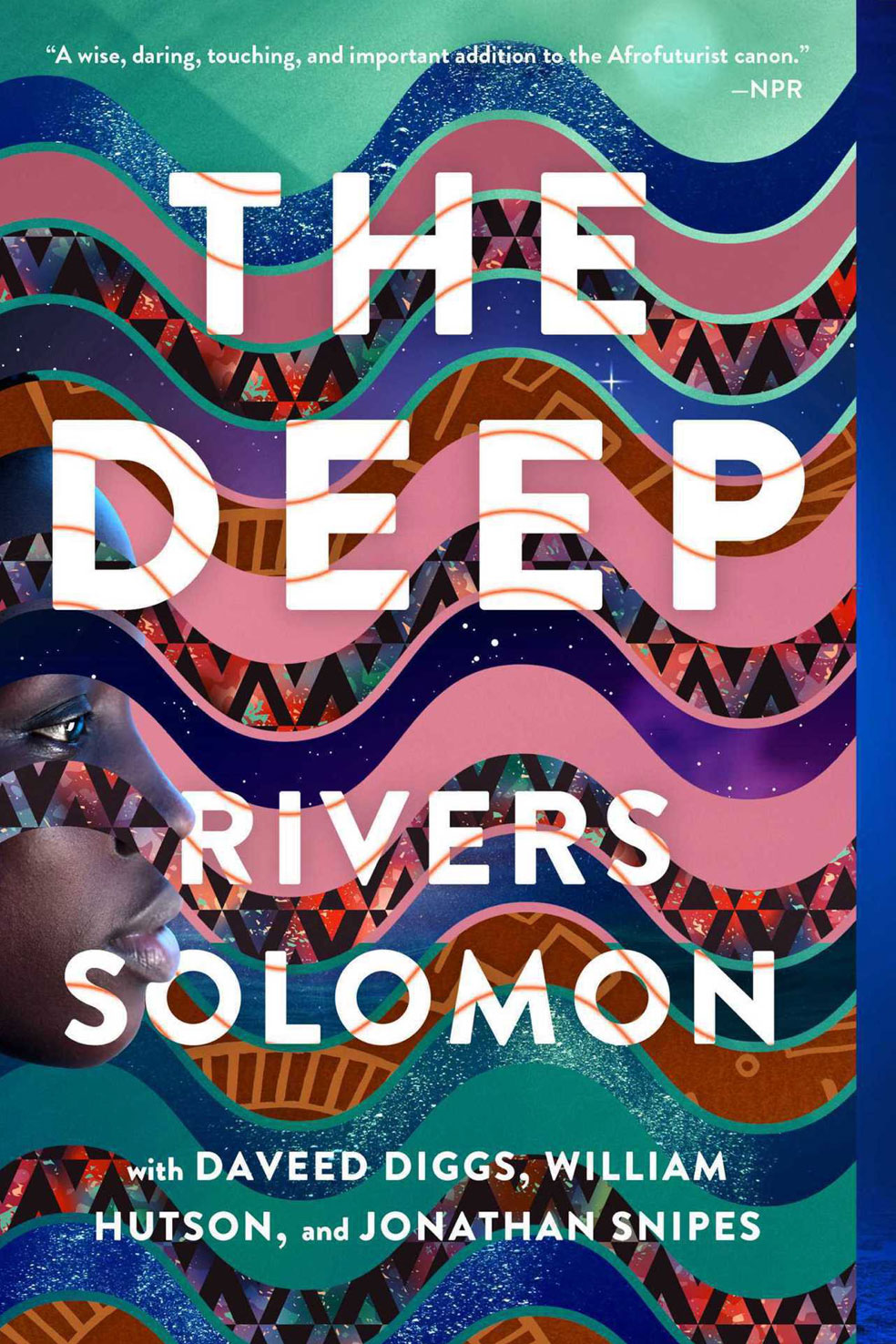 The Deep by Rivers Solomon

Yetu, a mermaid historian, is the last of her people to hold their history. Decades earlier, pregnant African slave women were thrown off a ship and into the deep depths of the ocean. Their descendants makeup Yetu’s people. Now the stories are too traumatic to remember except for Yetu, who has the burden to remember for everyone. There’s only one problem: it’s destroying her, leaving Yetu to flee to the Earth’s surface and run away from the weight of the past. If Yetu and her people are to continue into the future, they must all learn to take on the past together. 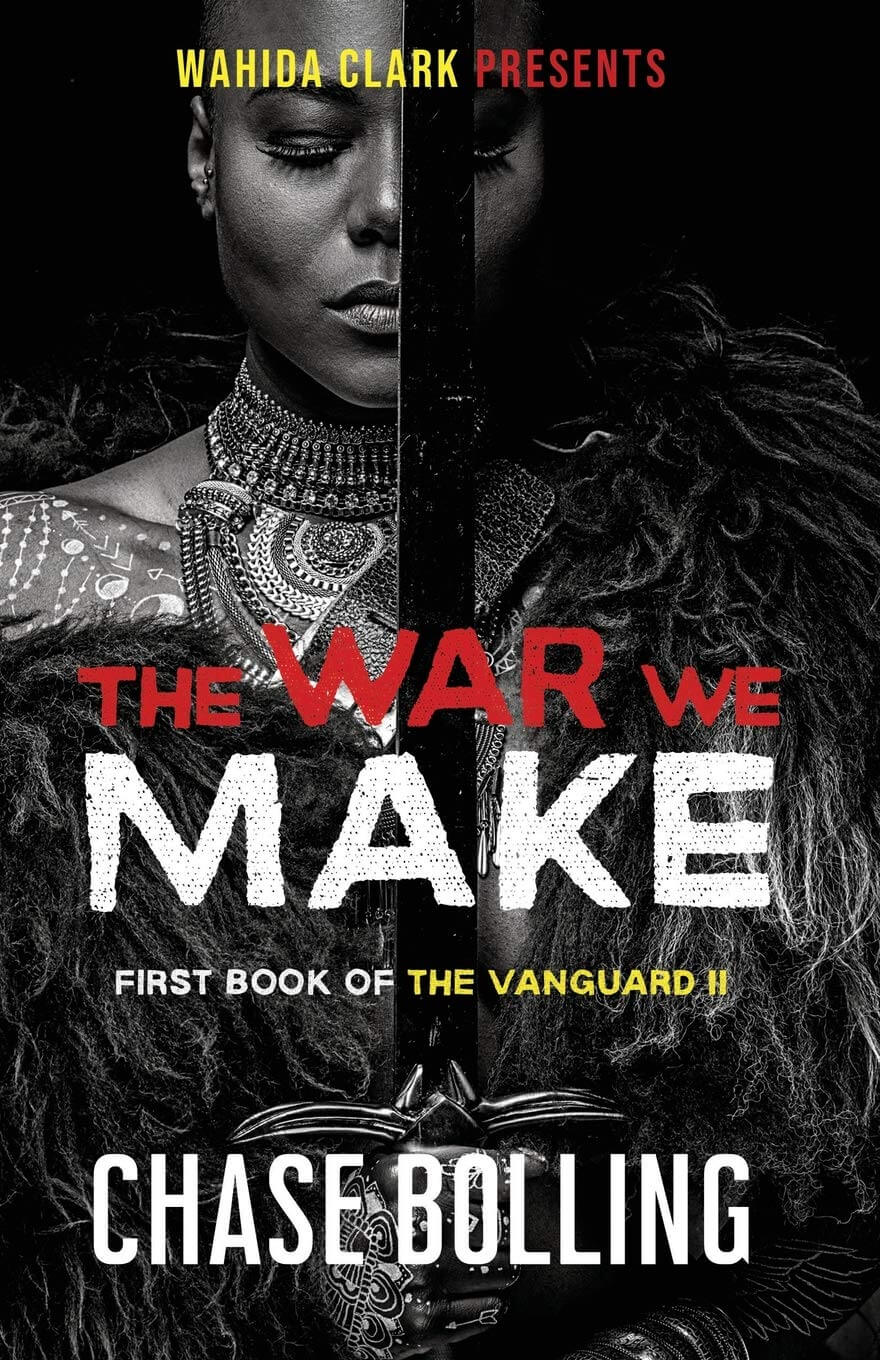 The War We Make by Chase Bolling

King Chessed has gone missing. The world of technology and weapons collapsed into a crisis, forcing Chessed to use sword and stone once more. Over time he secures Connecticut and New York, creating the kingdom of Vanguard. But during his celebration, he disappears without a trace. His wife, Khalise, might not know where he is—but she has a suspicious feeling she knows who’s behind it. In despair, Khalise must go on to defend their kingdom and her home. She sends out a few trusted men to search for Chessed before their empire falls, while finding the strength to carry on alone as Queen of Vanguard. 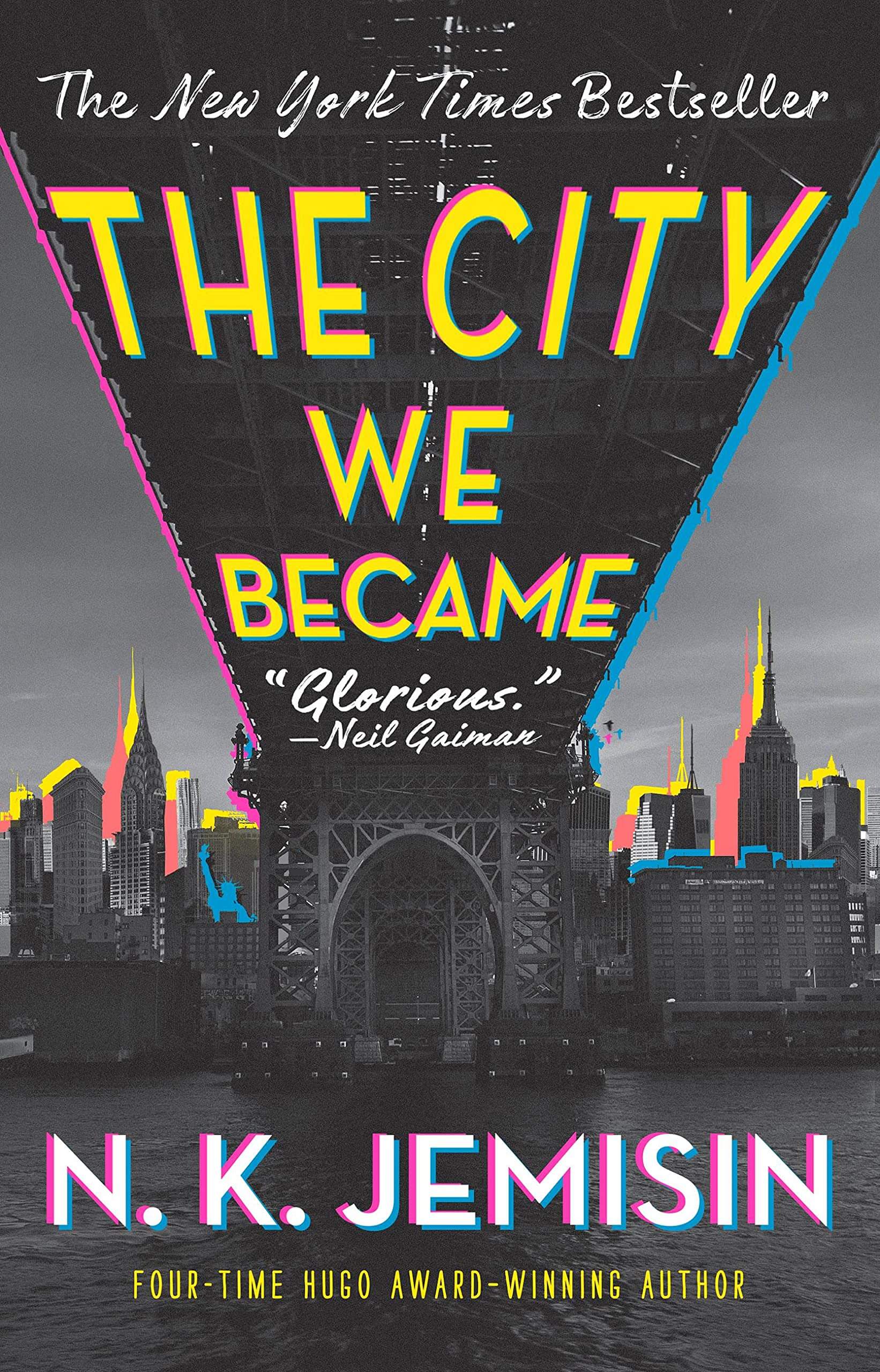 The City We Became by N. K. Jemisin

For five avatars, New York is their heartbeat, their soul, and their reason to fight. When the city was ready to come to life, it couldn’t find just one human avatar, after the first one was too weak to defend itself from its extra-dimensional tentacled enemy, so it took one from each borough. In Brooklyn, a Black rap artist; in Queens, an Indian grad student with secret violent tendencies; in Staten Island, a fearful Irish American woman; and in the Bronx, a woman from Lenape who runs an art nonprofit. Together, the team must learn and grow as one if New York is to survive and have a future. 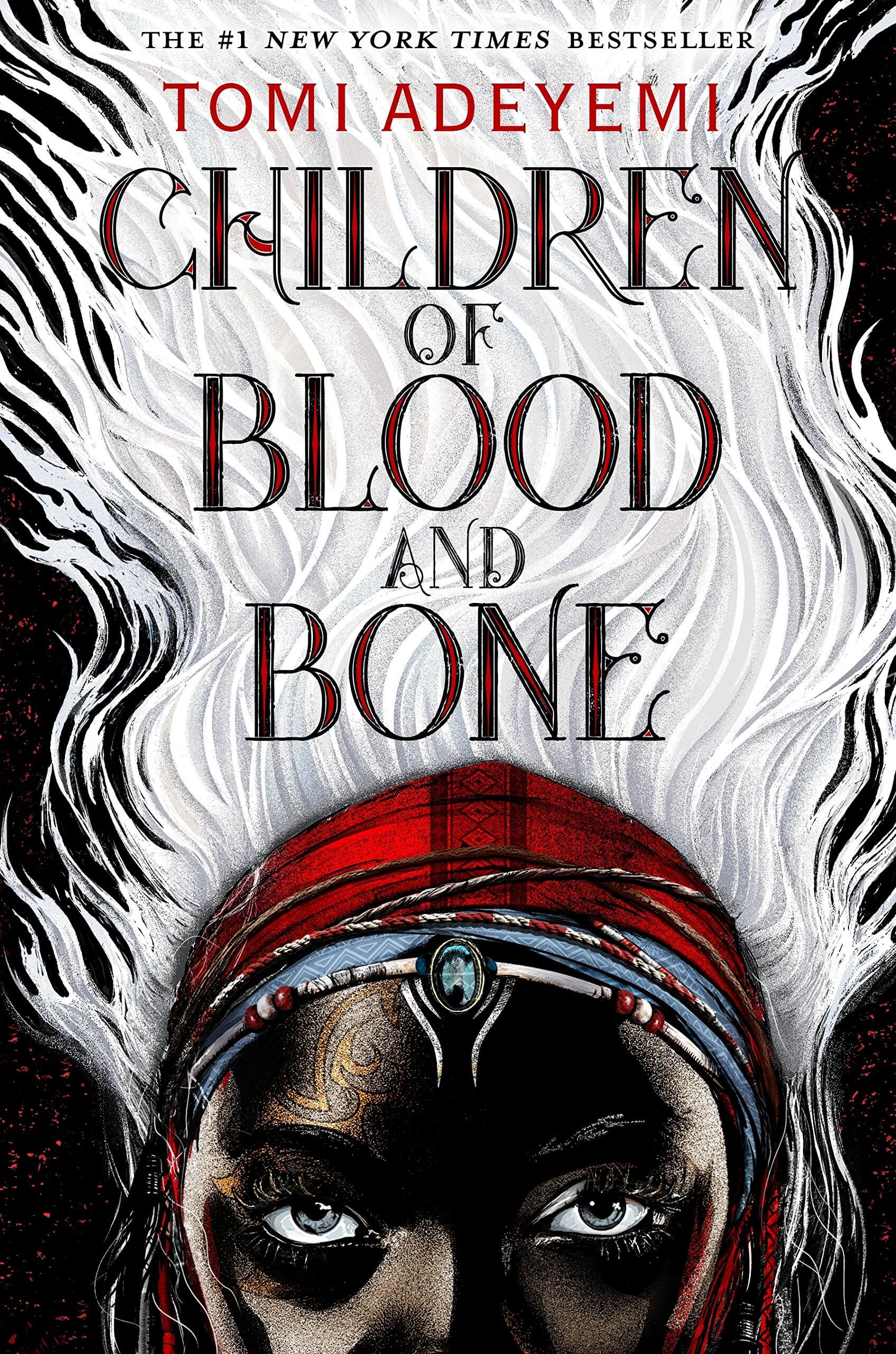 Magic disappeared in one night in the fictional land of Orïsha. Dark-skinned Zélie is motherless with dormant magical powers. When she saves Princess Amari, who stole a scroll that could turn magic and is now on the run from her father King Saran, they form a bond that will carry them further than they can imagine. When Inan, the princess’s brother, is sent after them and the girls, along with Zélie’s brother, realize there is one chance left to restore magic, they must race the clock and Inan to complete their ritual and save the day.