In the world of sci-fi, subgenres like cyberpunk allow us to indulge in our favorite stories filled with advanced high-tech, dehumanized and dystopian worlds. Cyberpunk carries us into futures where AI’s rule, corporate power corrupts and destroys lands, and the survival of humanity is left to a small few. The next robot invasion is always closer than we think in this subgenre, so dive in and check out our picks for your cyberpunk reading.

We can’t get enough of this must-read climate fiction list!>> 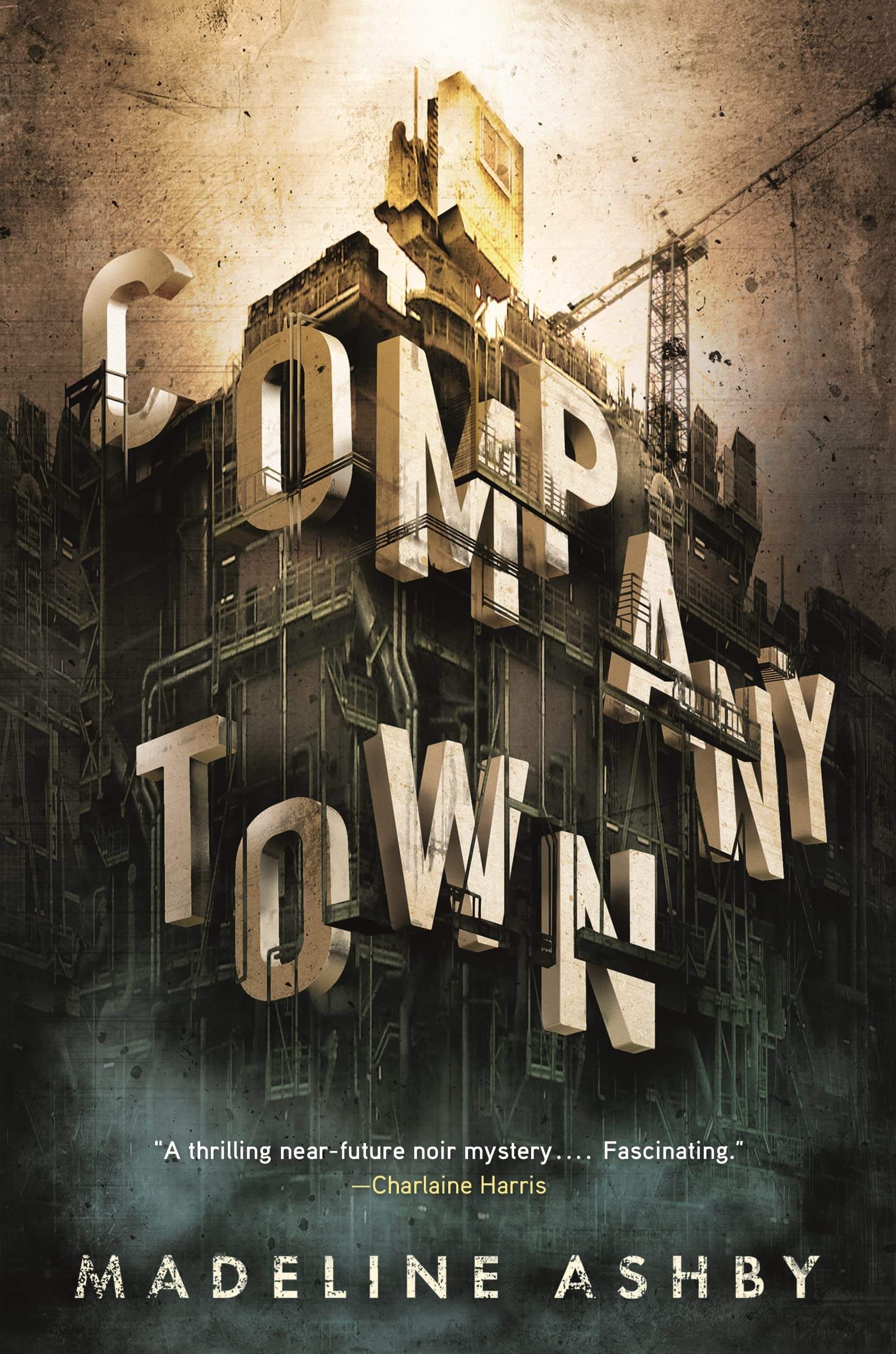 Hwa, a half-Korean woman, is the last organic person left on the rig since she refused to get bio-engineered enhancements to her body. Because of this, she’s had to become an expert in the art of self-defense. Due to death threats from another timeline, Hwa’s been charged with training and protecting Joel, the son of a very powerful and wealthy man. When Hwa’s friend and others in the city end up murdered, she wonders if they’re all connected, and if she might be the real target. 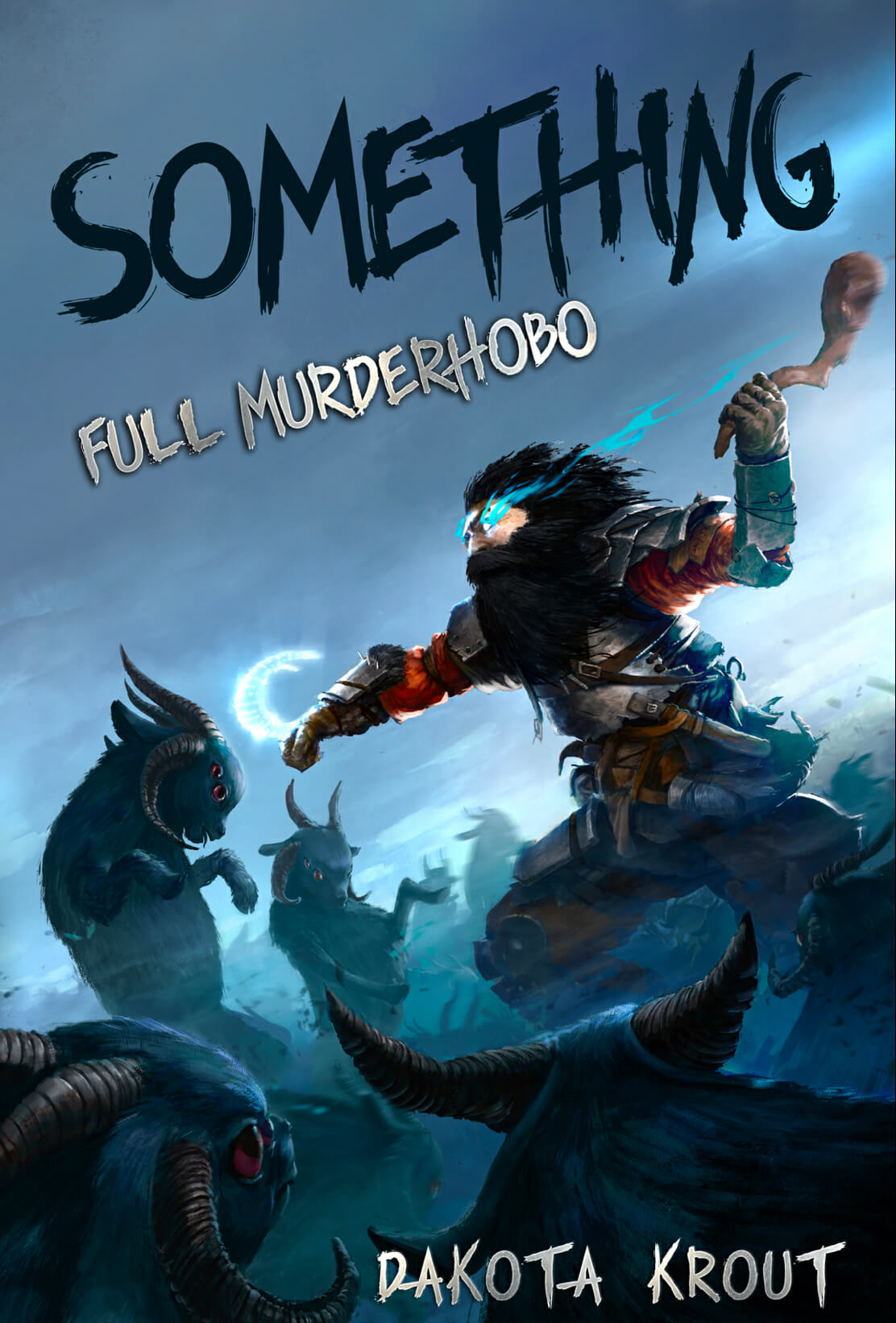 Something (Full Murderhobo) by Dakota Krout

As an apprentice-level worker, Luke trains daily to one day take over the family business. His three friends Zed, Andre and Taylor are inseparable, vowing to allow nothing to ruin their relationship. But when the Royal Decree arrives, forcing each boy over the age of 17 to get drafted, Luke is separated from his friends and pulled into a plane that shouldn’t be there. He’ll need to learn to survive and keep his humanity—or else become something otherworldly. 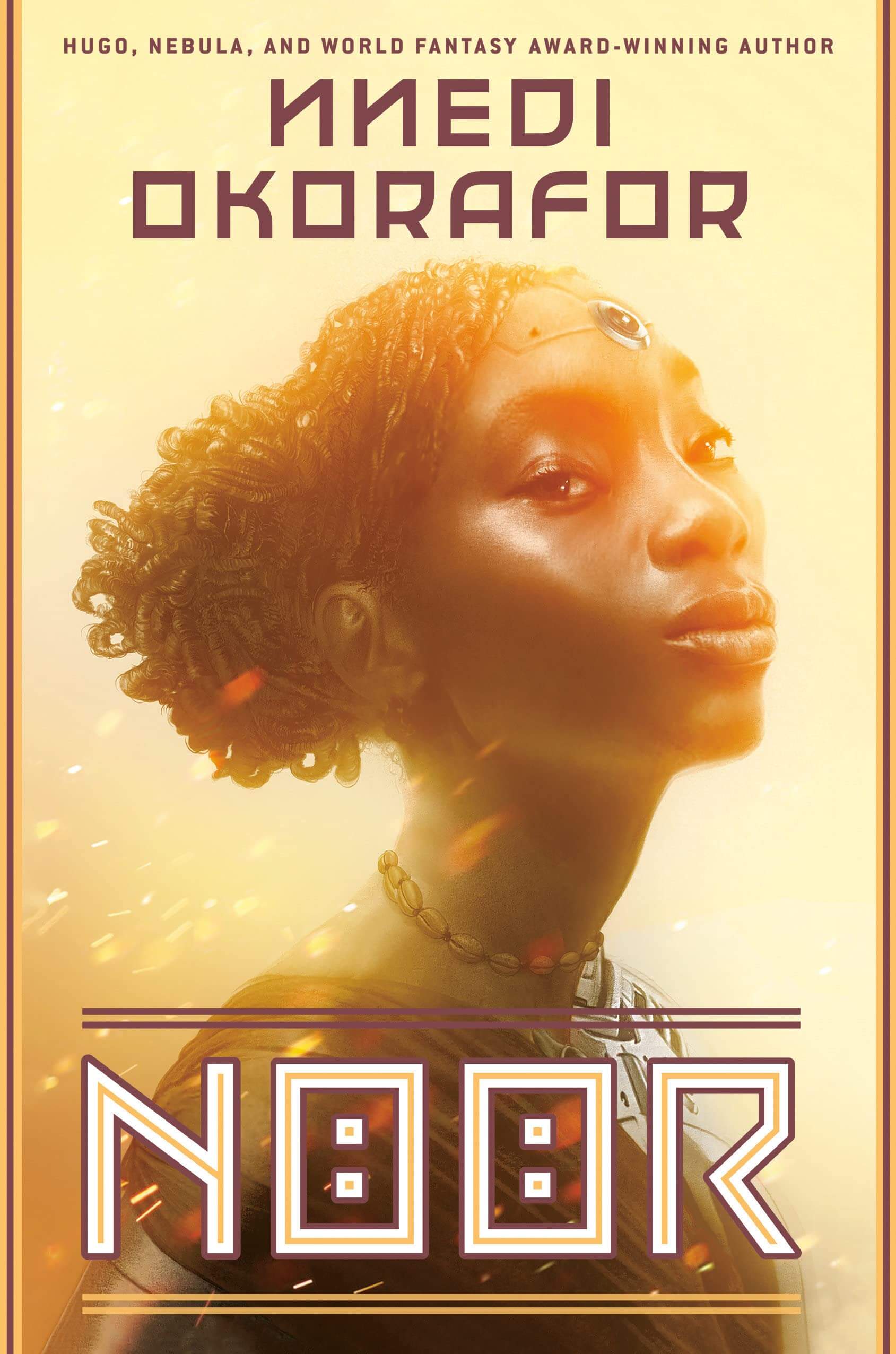 To AO, aka Anwuli Okwudili, life has not always felt so natural. Her parents never truly wanted her after the in-utero went wrong, leaving her not quite right. Then during an intense car accident, she’s disabled further, leaving her with cybernetic body parts. Yet AO doesn’t walk around like she’s a freak; she embraces her ailments. And after a violent incident occurs and she hits the road on the run, she meets DNA, a desert-dwelling herdsman with his own past. Together, the two find ways to defend themselves and search for a better future. 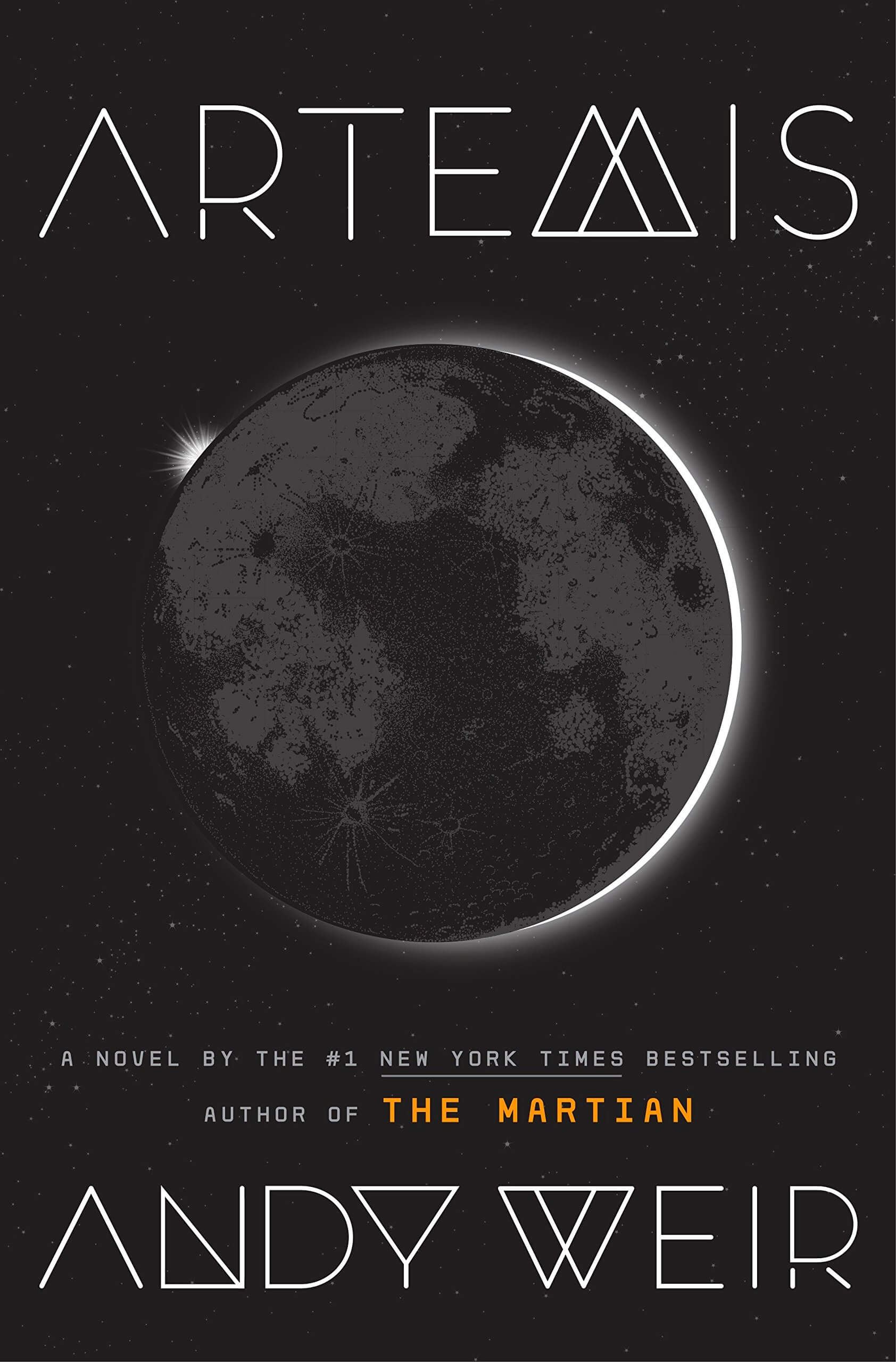 If you’re not rich or a billionaire, life on the moon can be just as tough as anywhere else. For Jazz Bashara, when she isn’t working as a porter, she smuggles the occasional contraband to make ends meet. Then the opportunity for the perfect crime just landed at her feet. Once Jazz is in the middle of the heist, she discovers there’s also a conspiracy to take over Artemis itself that she isn’t certain she’s ready to handle.

Here are the best science fiction books of all time>> 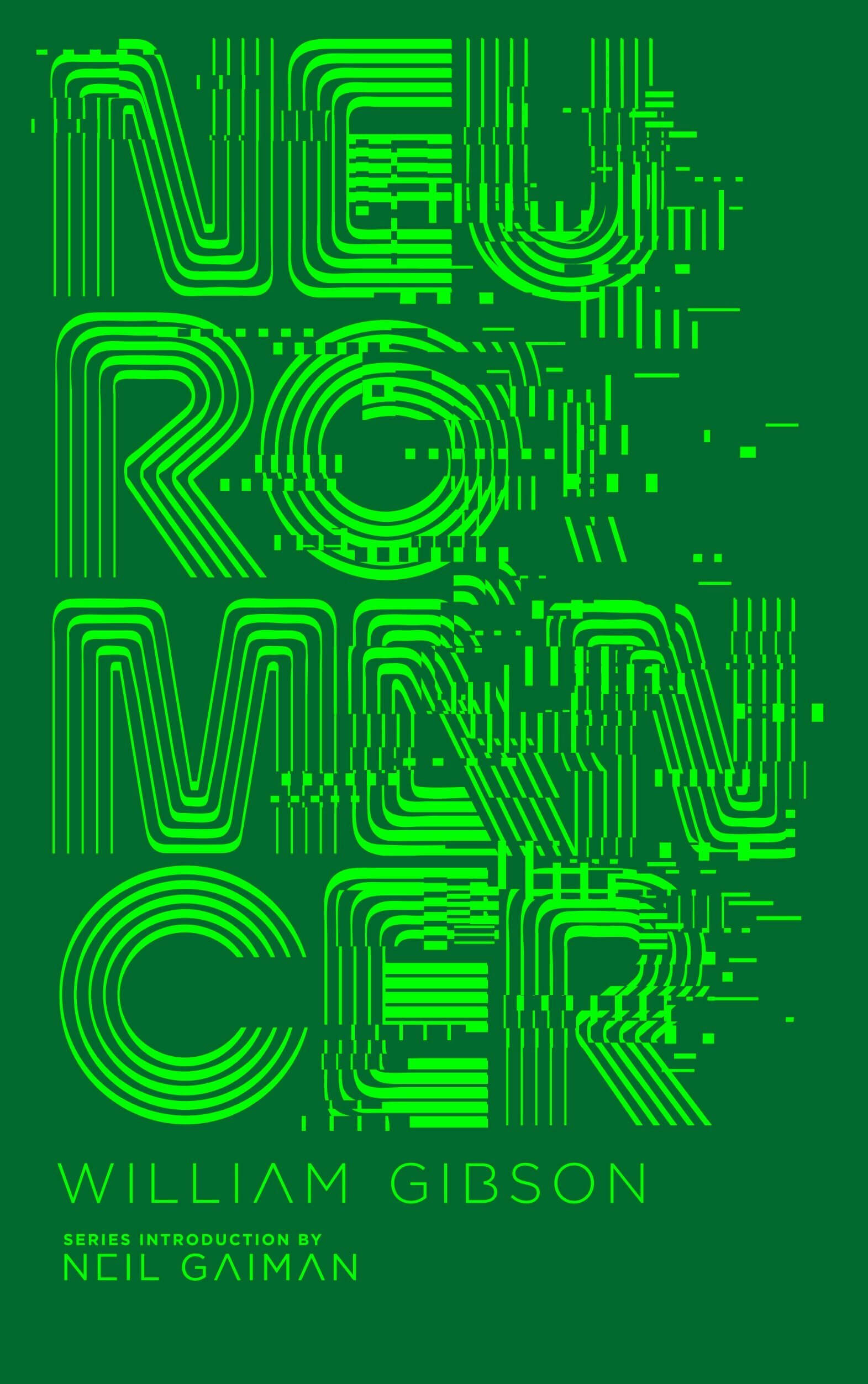 Once the sharpest data thief in the industry, when Henry Dorsett Case loses his nervous system to vengeful former employees, he assumes his life and career are over. But when a new mysterious employer recruits him for one last run—to target a powerful AI orbiting the Earth—he’ll take the job and make sure he goes out with a bang. 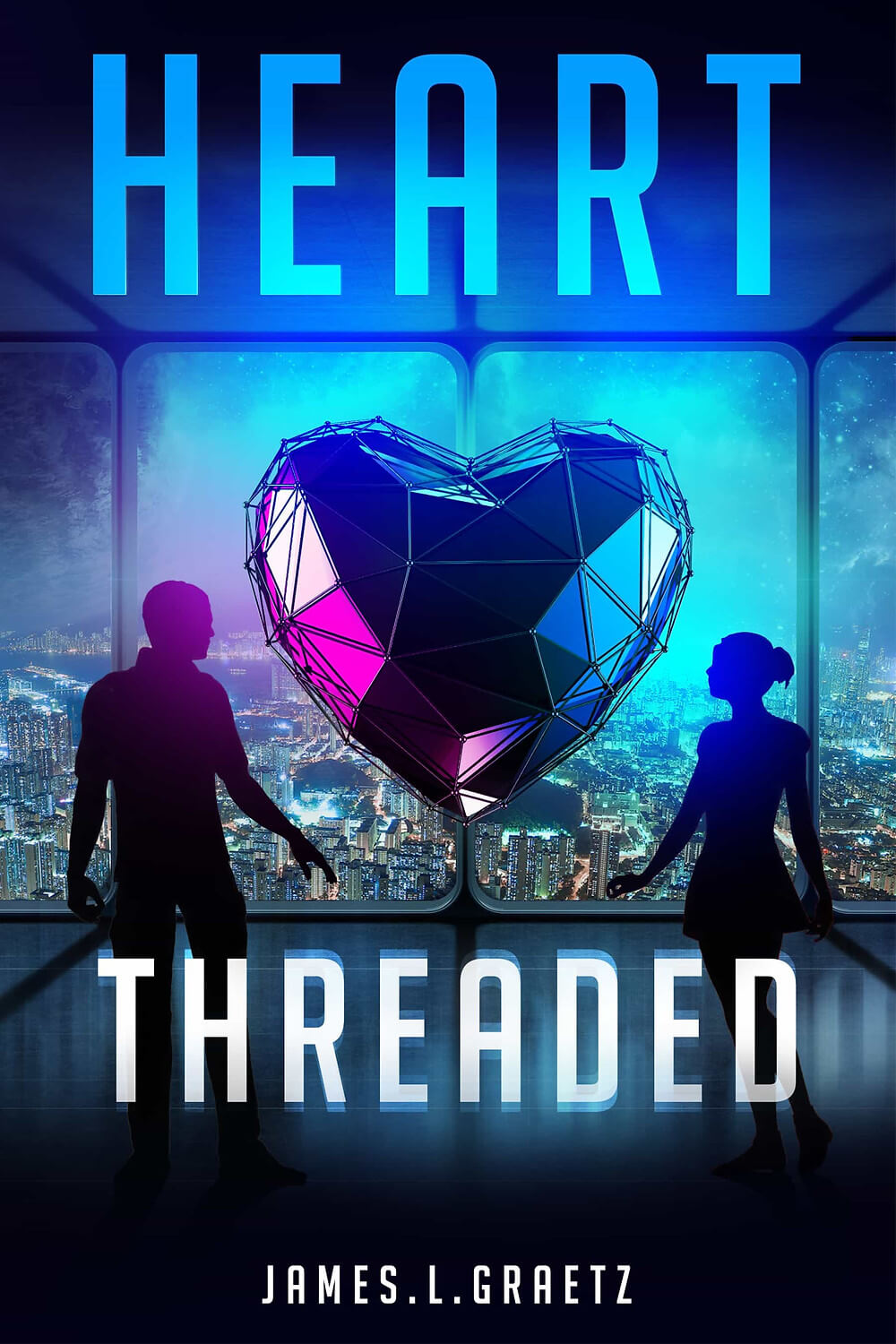 Heartbeat is a currency in Juliet’s dystopian world, and debt can cause a lifetime of pain. In order to save a friend, the 18-year-old turns to her father, head of the heartbeat debt company, who refuses immediately. This leaves Juliet to find an underground hacker, Romeo. At first, their love connection is instant, but she’ll soon struggle between her love for Romeo and her loyalty to her father. 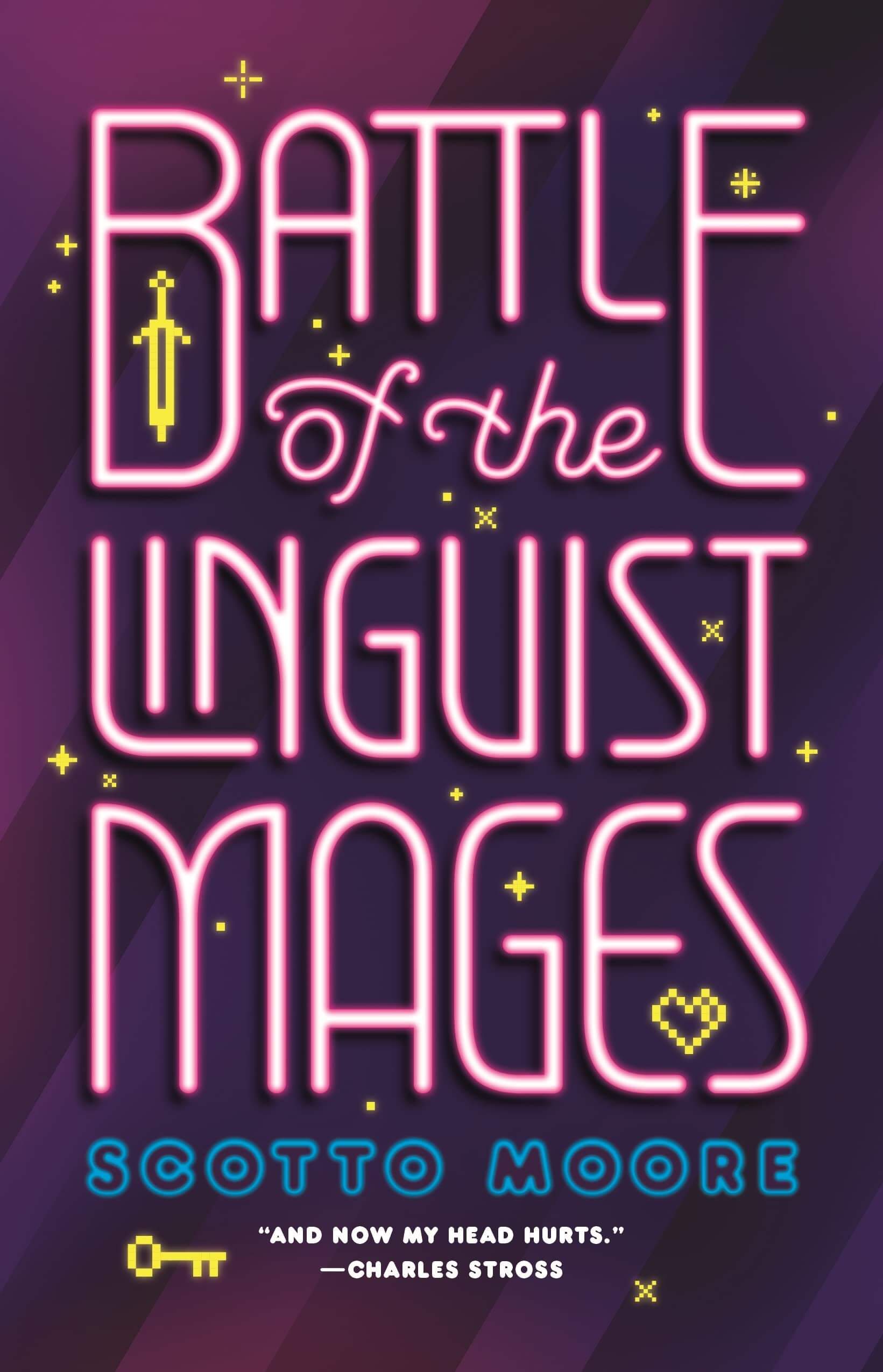 Battle of the Linguist Mages by Scotto Moore

Sparkle Dungeon: that’s the name of the VR game ruled by Isobel. But her reputation puts her at a risk when spell-casting anarchists form a resistance movement. With forty million lives at stake, Isobel must level up quickly and choose who she will stand for, before the anarchists grow stronger and bring on even weirder dark forces she never knew existed. 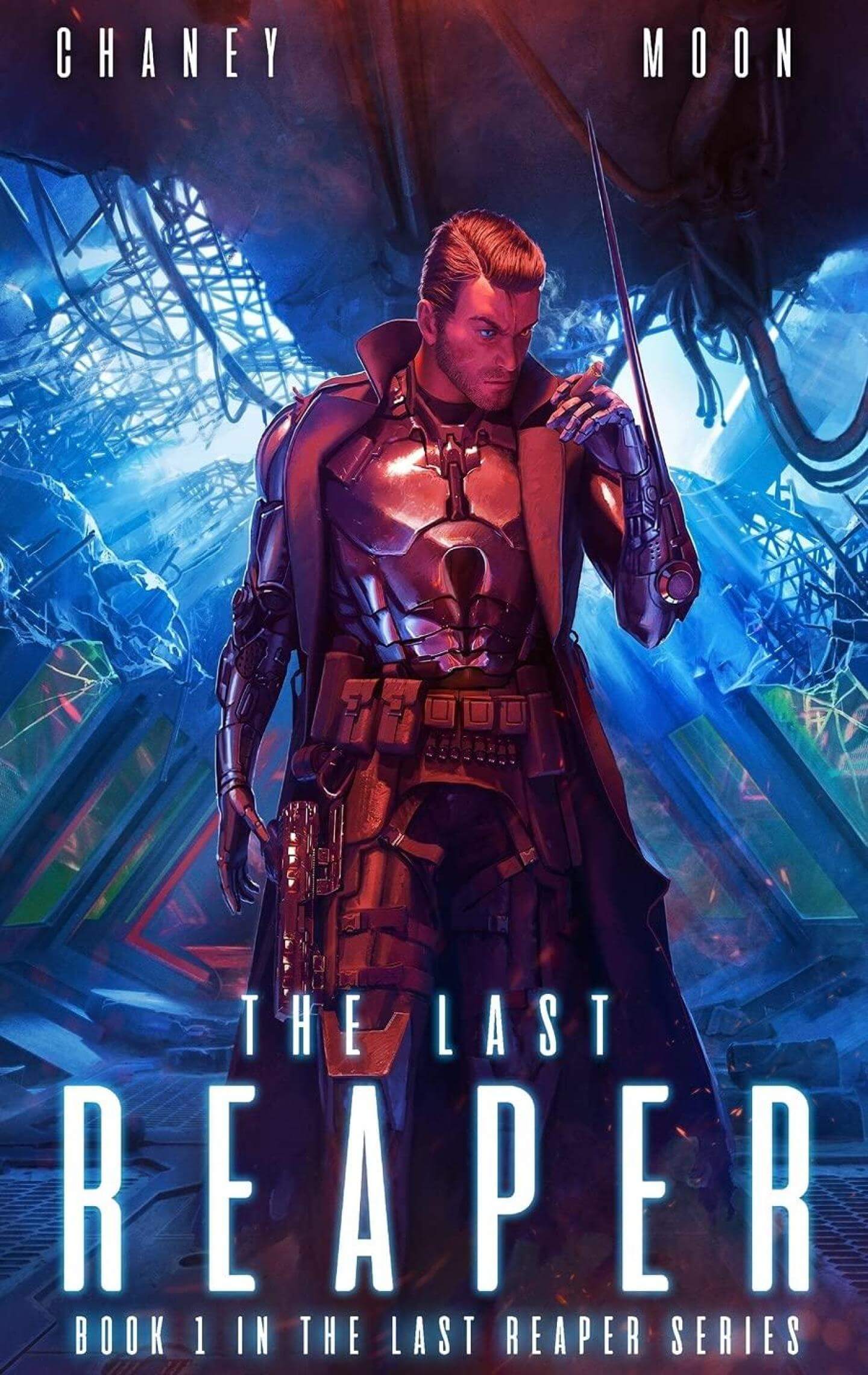 The Last Reaper by J.N. Chaney

The Reaper program only left one survivor, Hal. He’s a veteran amputee turned cyborg with an unstoppable and mad force to be reckoned with, and a keen talent for killing. He also has a robotic arm, that’s wired to his brain so he can communicate with the AI in his arm. Now on death row for being what they created him to be, Hal, who accepts one last mission in replace of his of freedom, will stop at nothing to get it. That includes destroying everyone who created him, imprisoned him, and turned him into a monster. 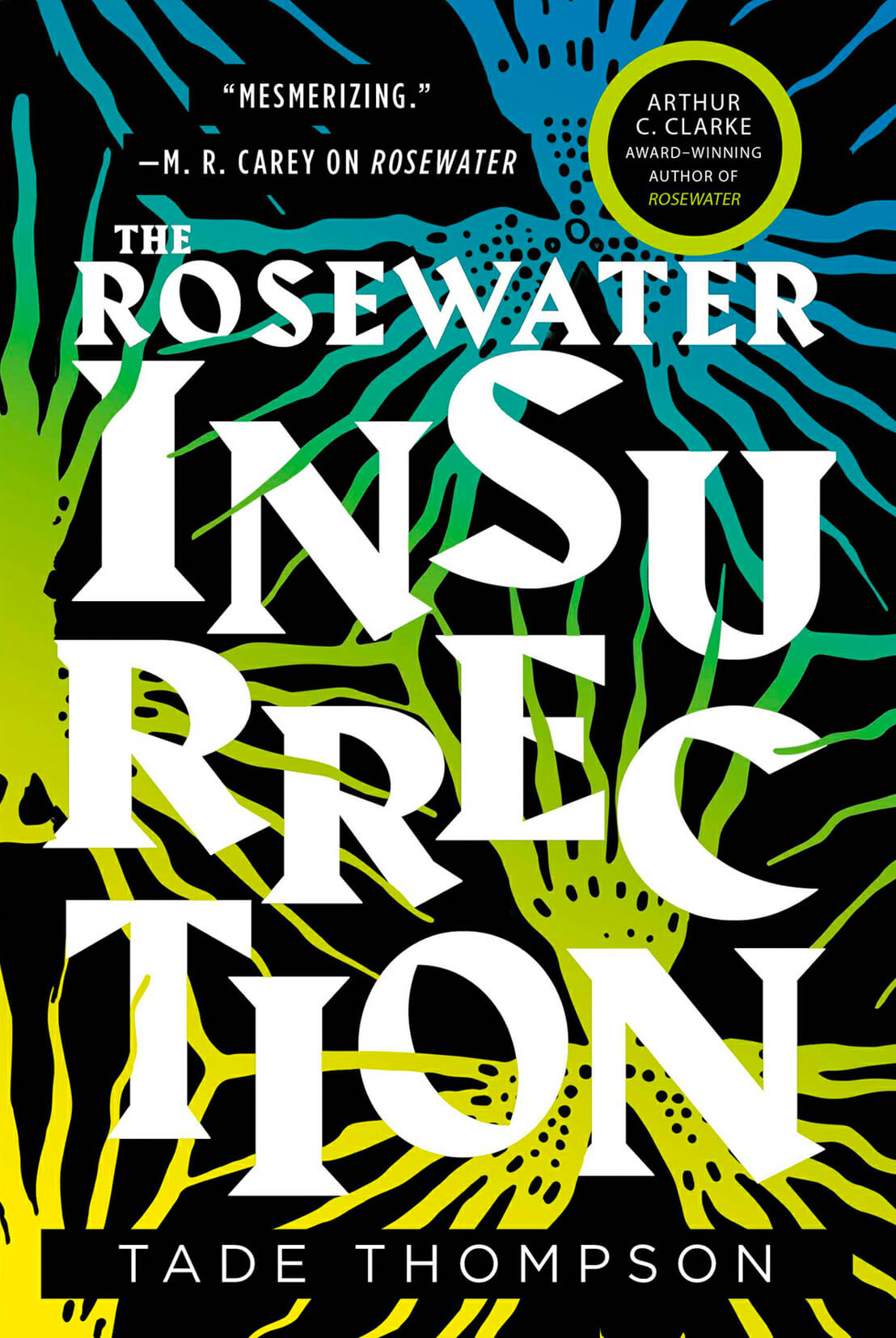 The Rosewater Insurrection by Tade Thompson

The streets of Rosewater are quiet. While the vibrant city is usually bustling with life, some even extra-terrestrial, its silence represents the growing troubles and stress from Rosewater’s enemies. Since Rosewater is now a free state from Nigeria, Mayor of Rosewater, Jack Jacques, feels the pressures running against them. The alien dome in the city is dying, and the surrounding governments await their downfall and destruction before Rosewater’s independence can begin.

Here are our favorite sci-fi reads about alien first contact>> 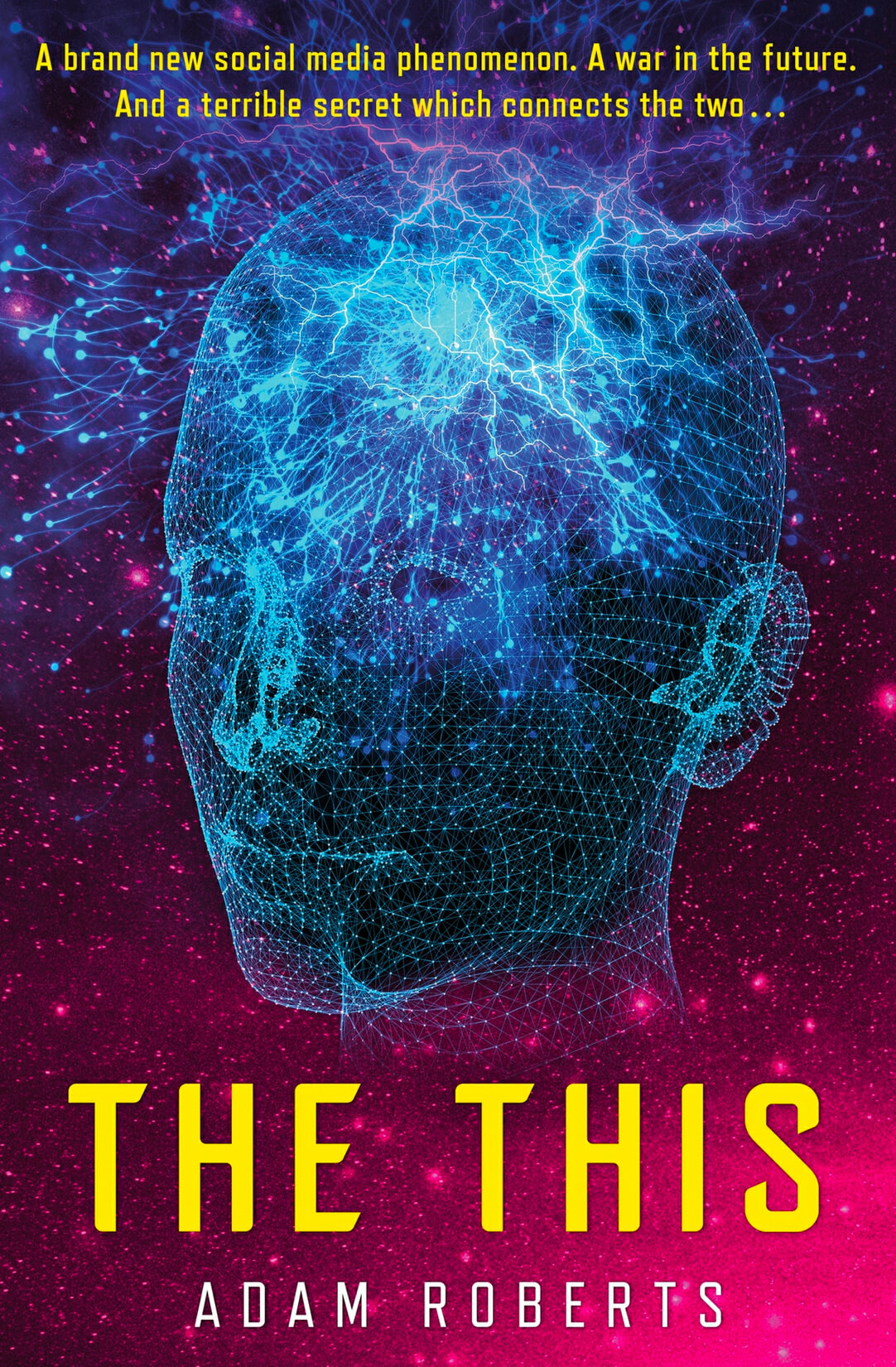 The This by Adam Roberts

A new Twitter-style social media platform is out. Once injected into the brain, it grows to allow you to make contact with another person without dialing a number. Some think it’s revolutionary, others a cult. So, when Adan, whose mother has left him penniless, has to enlist in the army after sentient robots take over, he will embark on a journey that reveals his ultimate purpose. And meanwhile, in future years away, one woman is working on a piece of technology to save her world from a hivemind of AIs.