Filled with both beauty and tender moments, Adam Silvera’s They Both Die At The End left many teary-eyed and wanting more.

Certain books like Silvera’s have a way of leaving you with deep gut-wrenching feelings—and liking it. If that’s you, check out these top picks you’ll love to pick up and read with a box of tissue by your side. 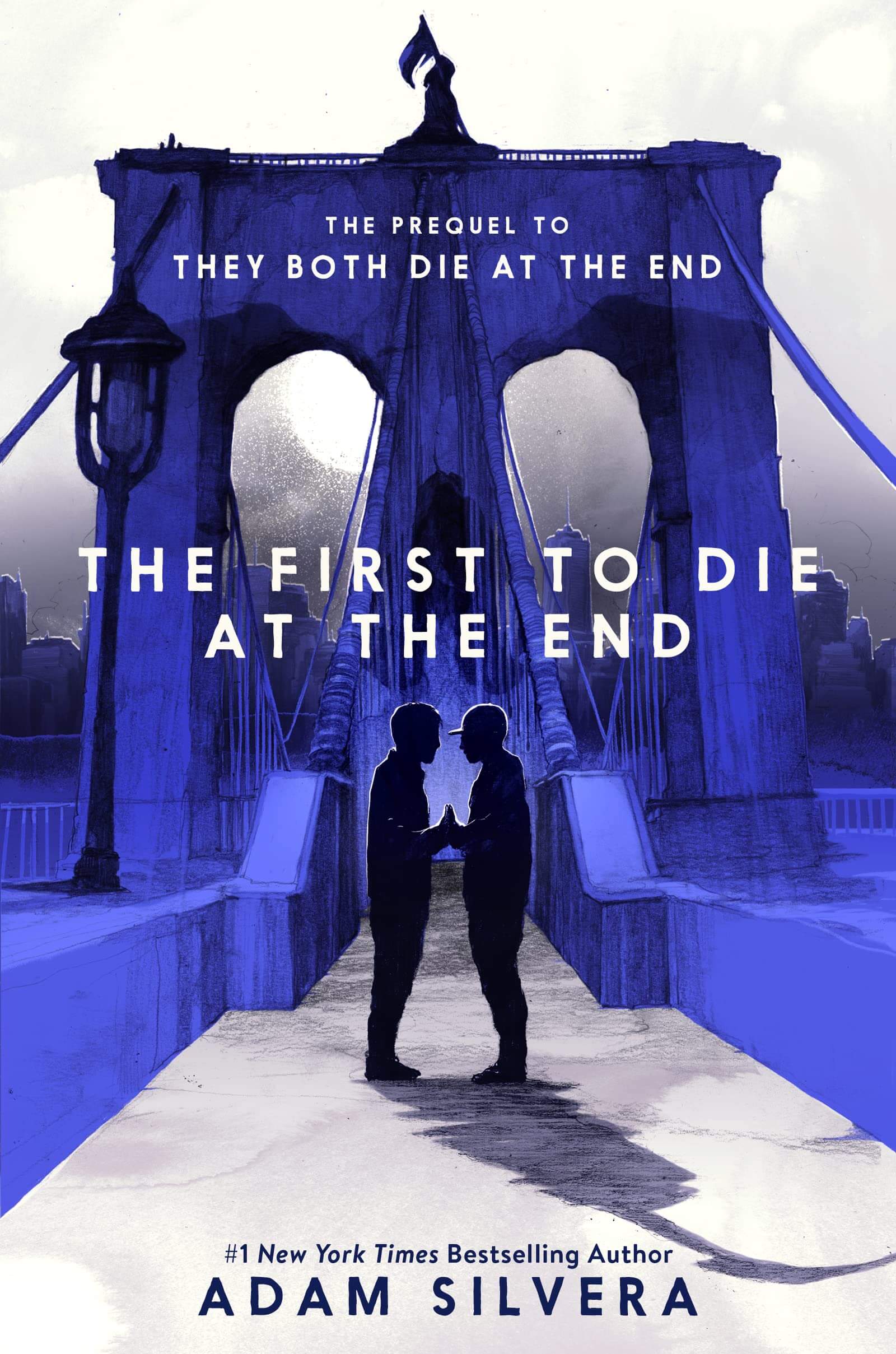 The First to Die at the End by Adam Silvera

Can Death-cast truly predict someone’s death? That is the question on everyone’s mind moments before the Death-Cast goes live. In this prequel to Silvera’s They Both Die at the End, Orion Pagan has waited way too long to know when he will die. With his serious heart condition, he’s hoping Death-Cast will let him know how long he has to live. On the other hand, Valentino Prince, who recently moved to New York, only signed up for the program after his sister died in a car accident. When both boys meet, and only one of them receives a call from Death-Cast, things in their lives grow complicated. Soon they realize that whatever happens in the end, they’ll spend it together even if the goodbyes break their hearts. 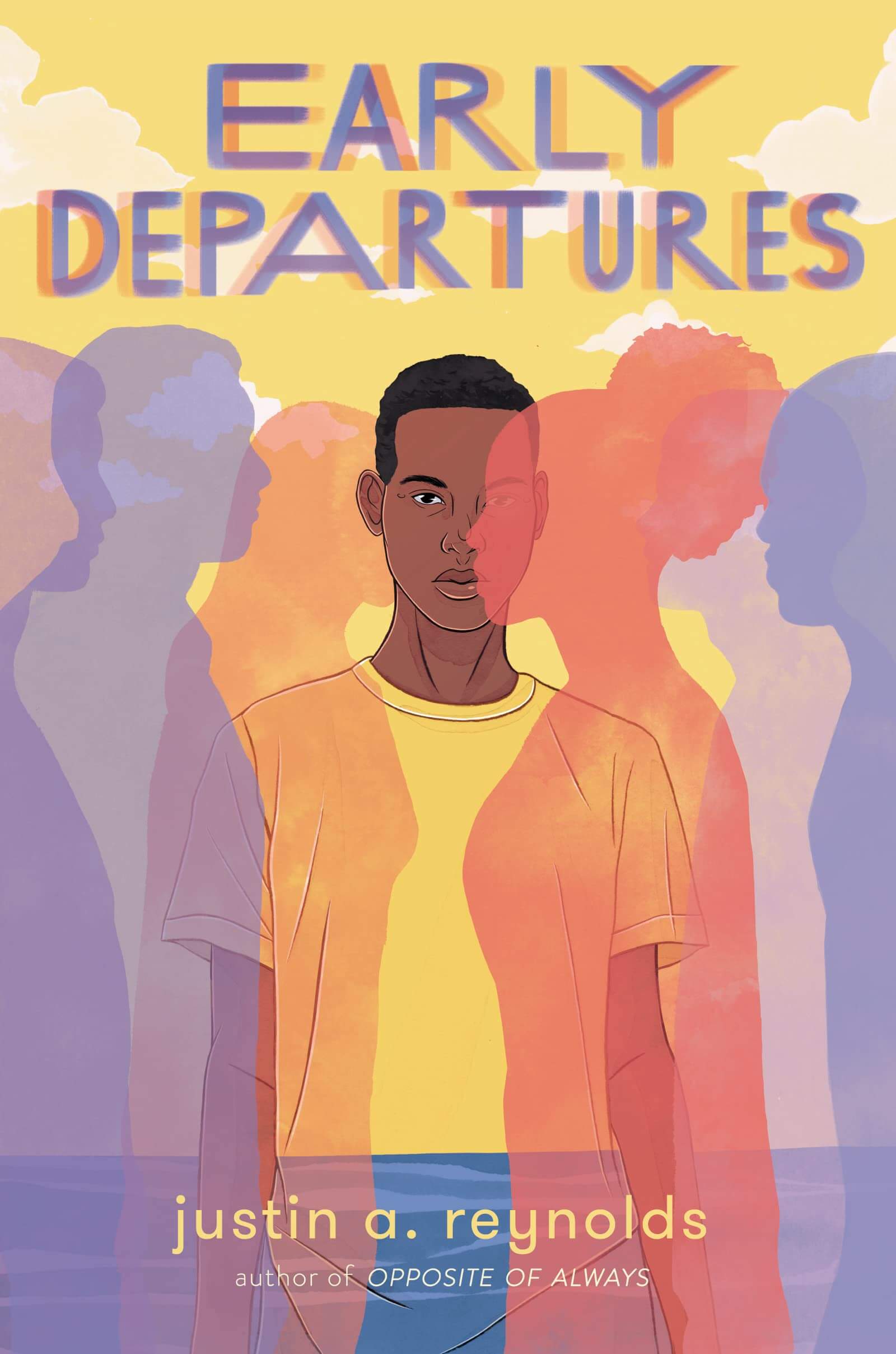 Early Departures by Justin A. Reynolds

Q and Jamal are best friends. But they haven’t exactly spoken in the past two years. Ever since Jamal’s parents died in a car accident, leaving Jamal and his sister alone, life hasn’t been easy. Jamal also blames Q for the accident with his parents, which have put a strain on their friendship. But then Q has a drowning incident where Jamal saves him, only to watch Q die at the hospital. With so much loss Jamal isn’t sure he can handle losing Q. Fortunately, a new healthcare technology allows Q to come back to life but only for a short period. Jamal has one opportunity to restore his friendship with Q. The only catch? He can’t tell his best friend why he wants to rekindle their friendship, or that his life ended and will end again. Like They Both Die at the End, this story addresses the meaning of life and death. 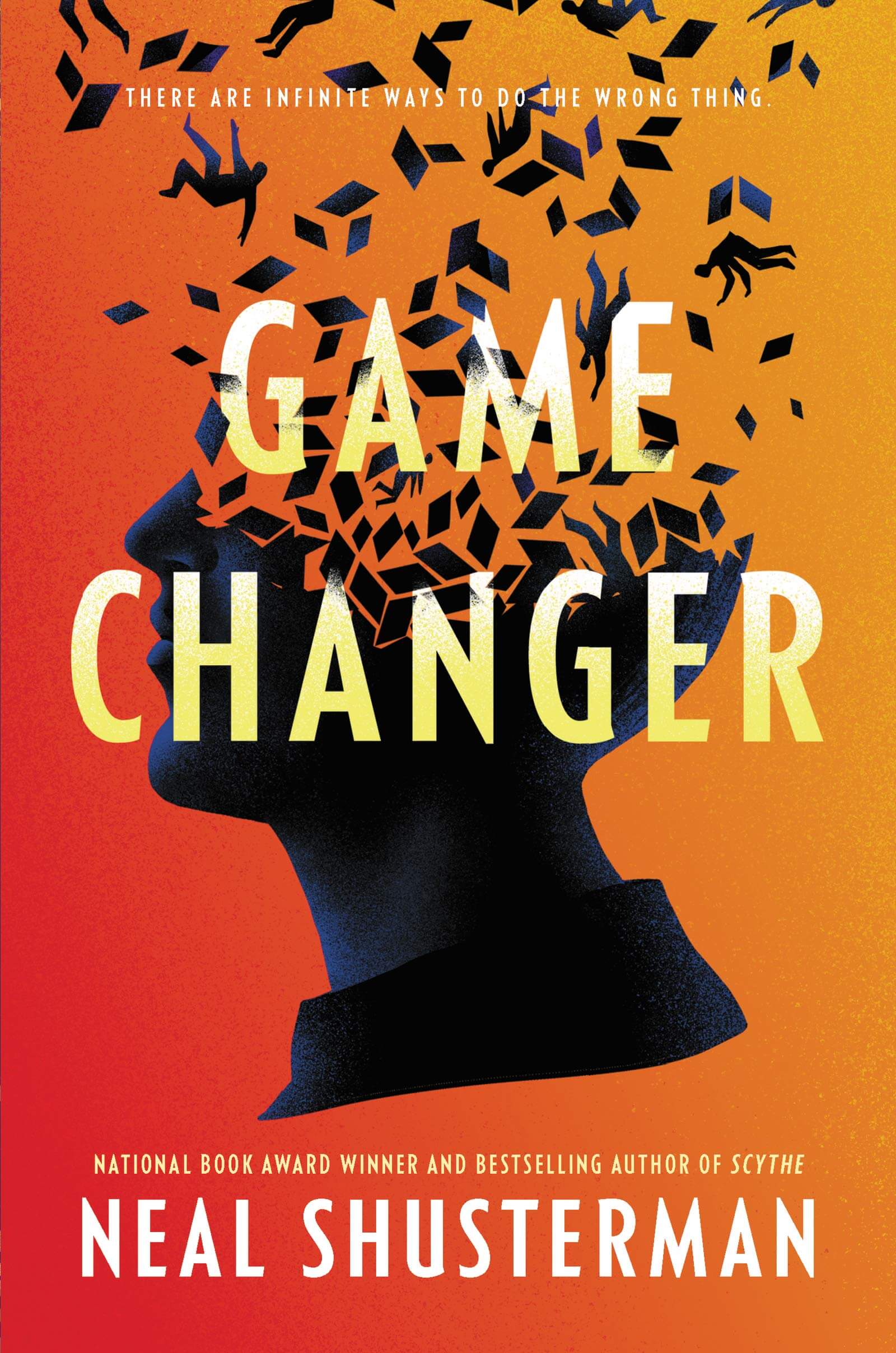 One hit. That’s all it took for Ash’s life to turn upside down and for his memory to not be the way he remembered it. Ash is a typical high school student who loves to play for his school’s football team. Yet one night, when the football reaches Ash’s head it knocks him into another dimension. He bounces from universes stuck in the past, to universes where he can see through eyes that are not his own. While each universe Ash lands in appears to start out great, giving him everything he desires, things then spiral out of control. If Ash isn’t careful, he’ll miss the opportunity to bring everything back to normal. If you loved the crazy adventure in They Both Die At The End, you’ll love the ride Ash has in store. 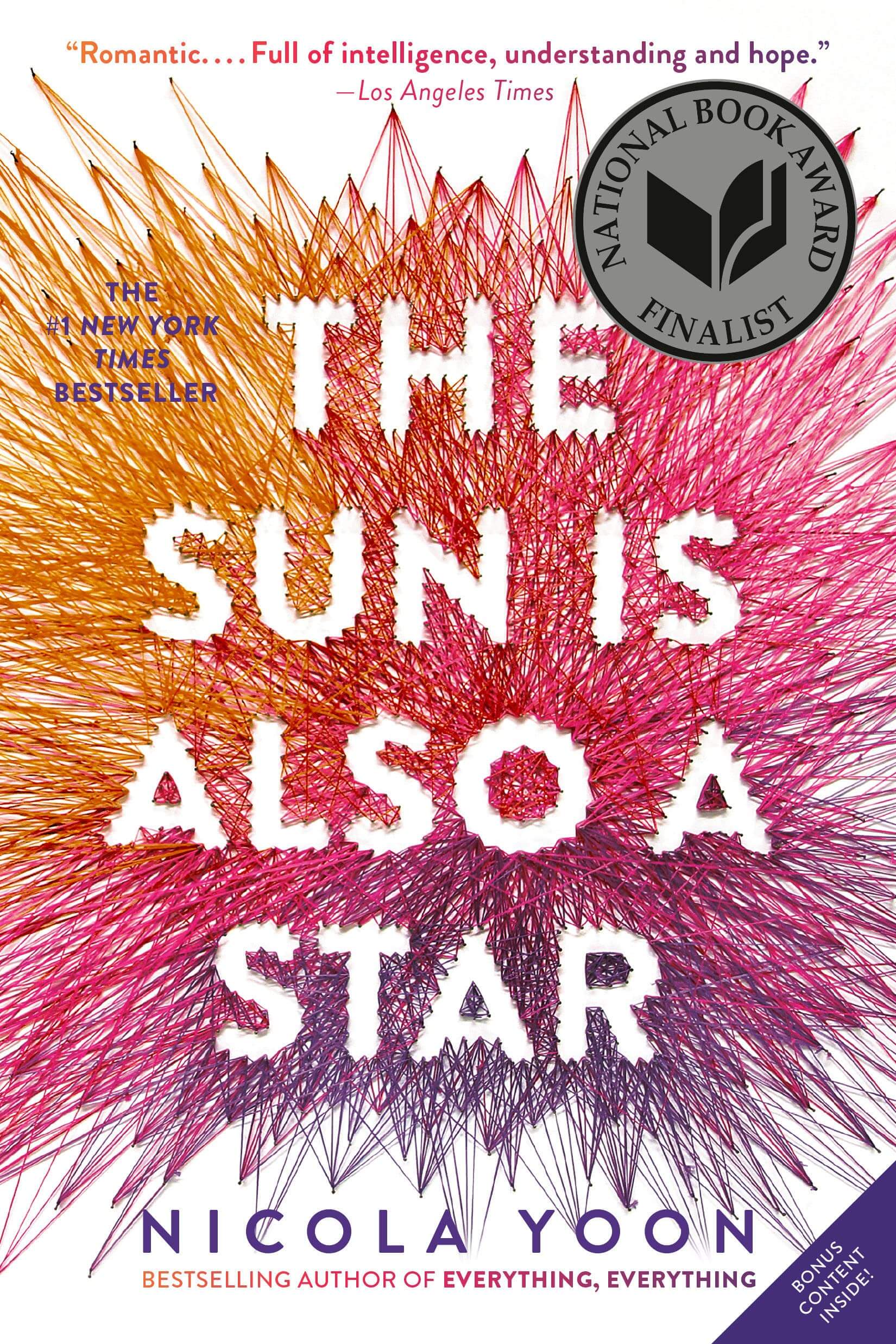 The Sun Is Also a Star by Nicola Yoon

Daniel and Natasha are two unlikely people who never thought they would meet, let alone fall in love. Natasha is independent, confident, and doesn’t believe in dreaming of fate. She lives for facts and science, and her main concern is her family, who might soon be deported in 12 hours back to Jamaica. Daniel’s thoughts are about living up to his South Korean parents’ high expectations and being a good son. But he’s also a complete dreamer. He believes in destiny and fate bringing people together. When he sees Natasha for the first time on the streets of New York, he begins to dream of a life worth more. He will just need to convince the practical Natasha to dream it with him. The love story and connection made by two strangers-turned-more closely resembles Silvera’s Mateo Torrez and Rufus Emeterio. 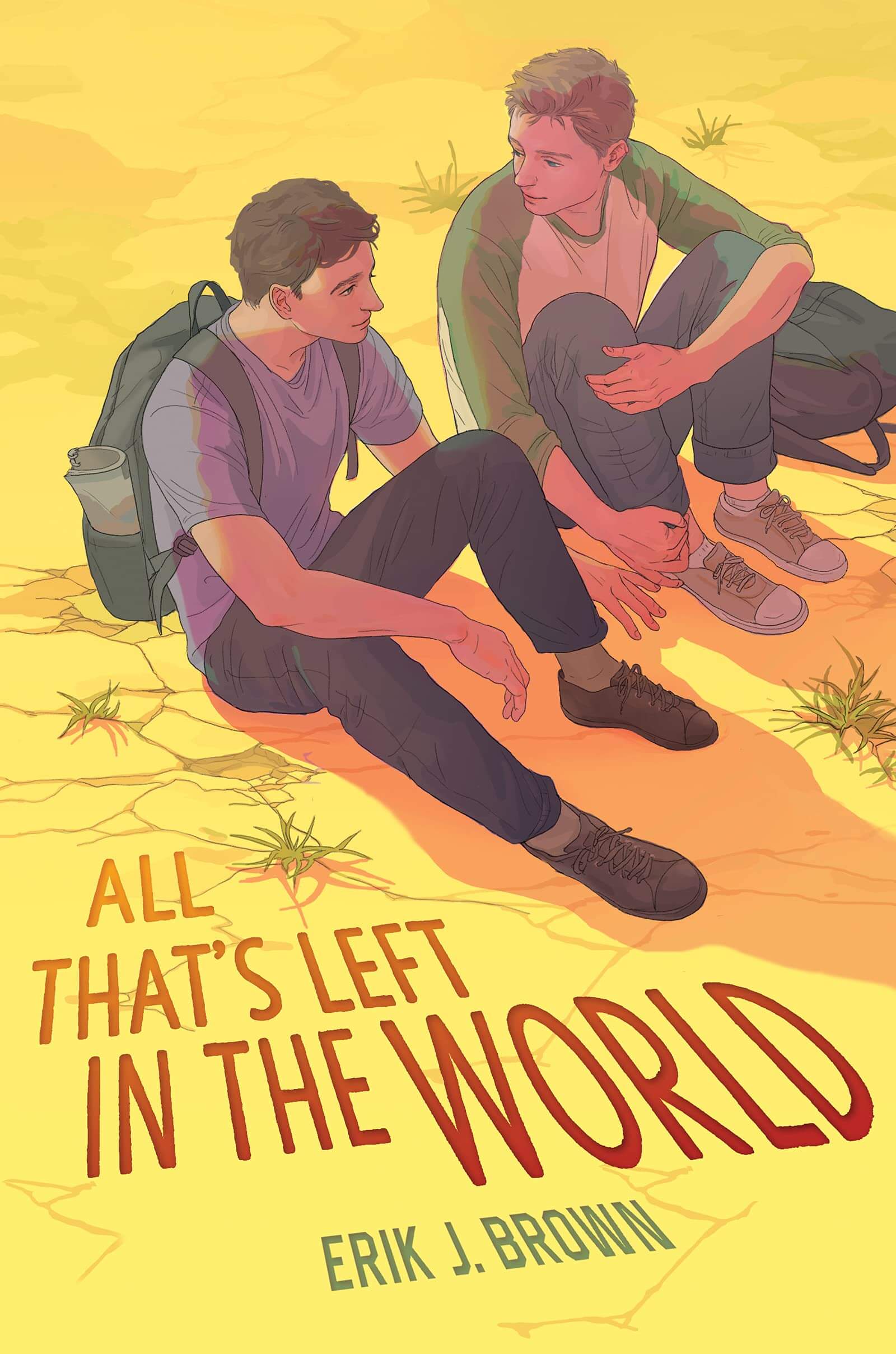 All That’s Left in the World by Erik J. Brown

A world virus has attacked and killed off half of the population. When Andrew lands on Jamie’s doorstep, he’s injured and starved. Almost everyone the two boys knew and loved is gone, and now they’re stuck together learning to survive. It isn’t long until their haven is compromised, and the two run for their lives. They head south looking for signs of civilization, and along the way, Jamie begins to realize two things:  Andrew’s story doesn’t add up, and he’s starting to fall for the dangerous and dark boy. But to survive this journey to safety, the two boys will have to shed their secrets and reveal more than they imagined. 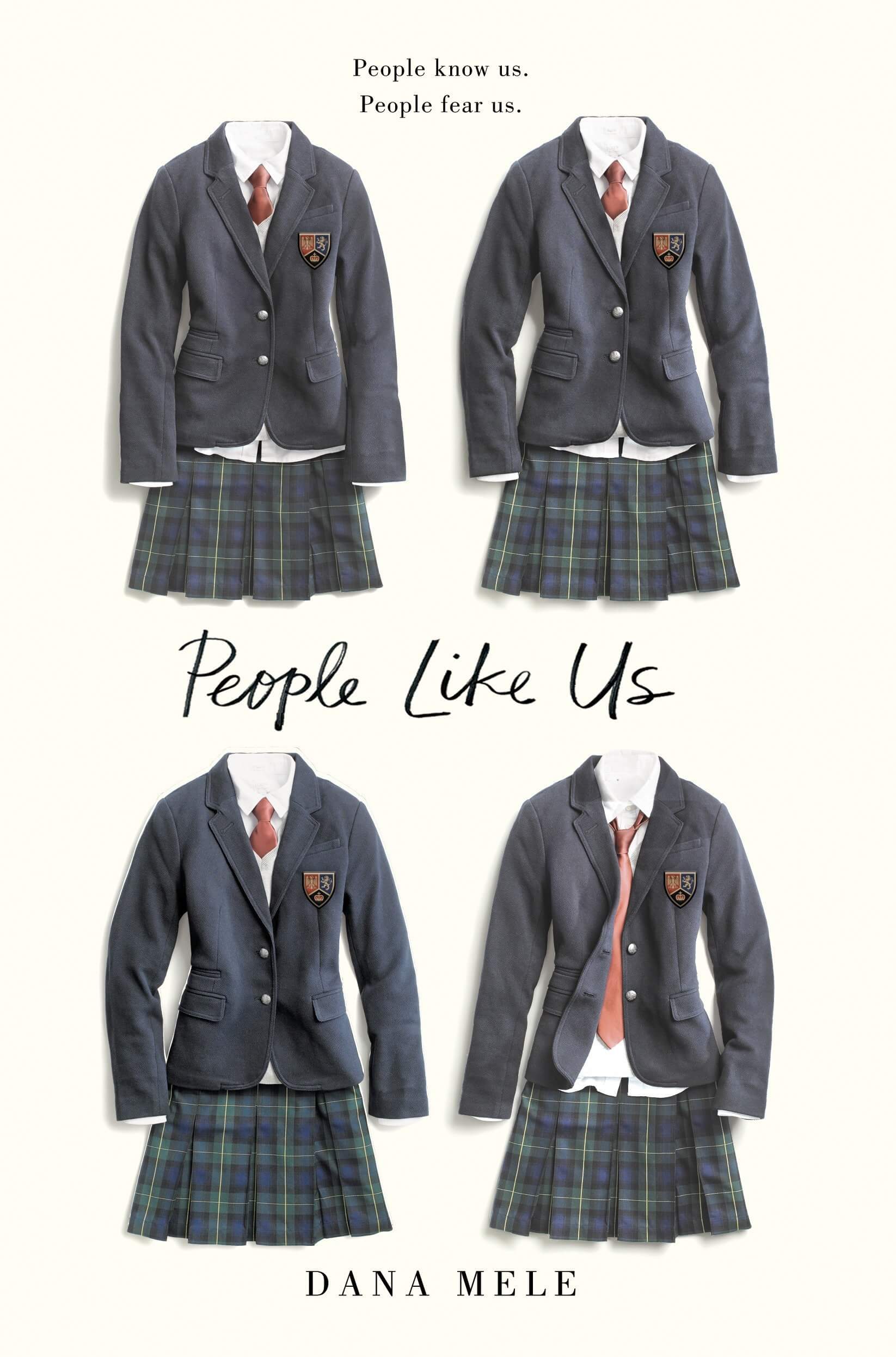 What happens in the past stays in the past—or so Kay Donovan assumes. She has skeletons in her closet, but so far, she’s done a great job at keeping them locked away while starting a new life at Bates Academy. Now Kay’s at a new private school with a new group of gorgeous friends, and she’s a star soccer player. Only Kay’s carefully constructed life is soon to crumble when a dead girl, whose body was found in the lake, leaves Kay a cryptically coded scavenger hunt. The further Kay digs into the hunt, the more Kay finds herself in the middle of a murder investigation, and she’ll do whatever it takes to survive. If you love the mysteries of death in They Both Die At The End, this one’s for you. 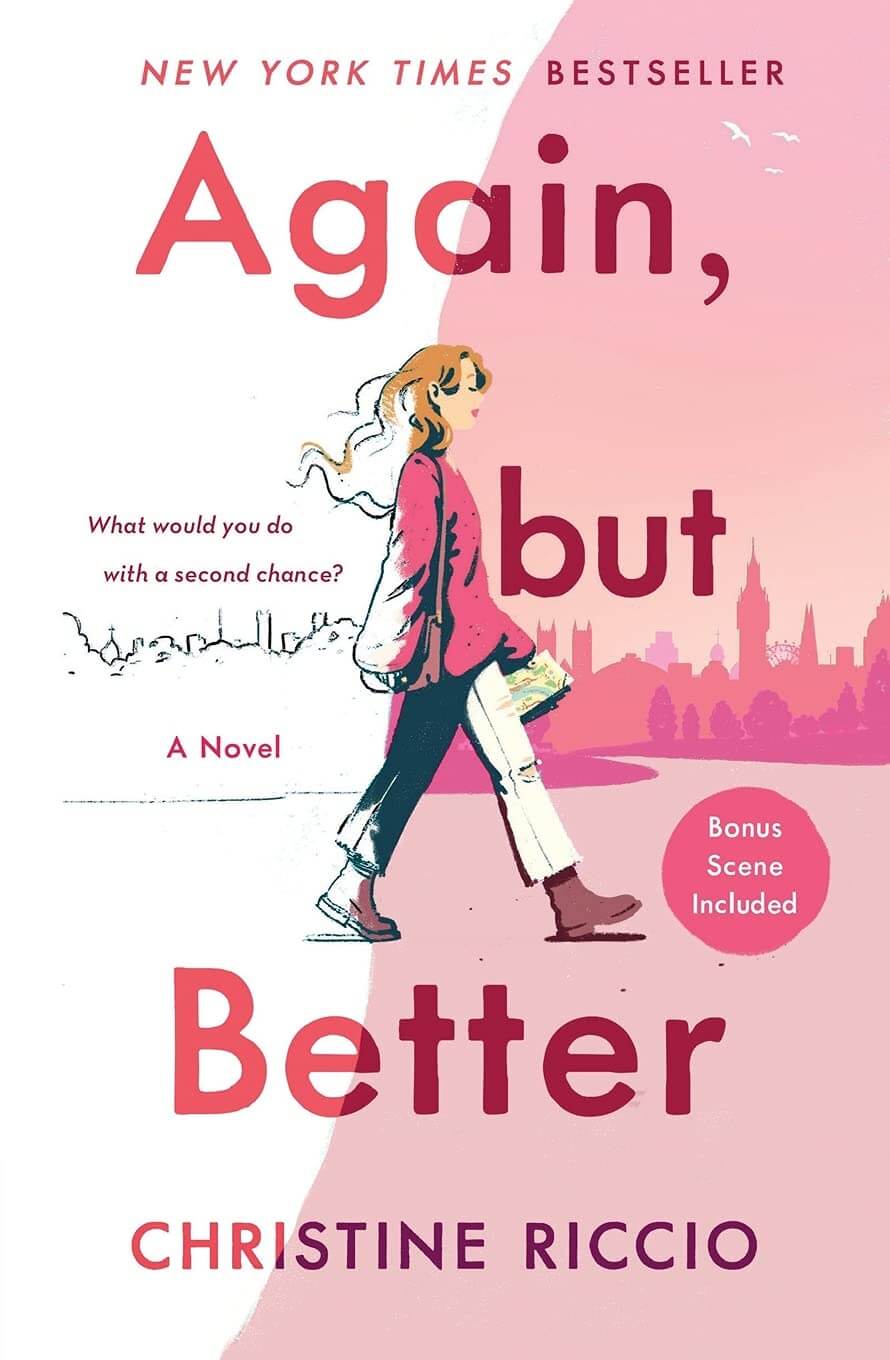 Shane needs a mix-up in her life. As a pre-med college student, her life consists of good grades, staying in her dorms, going to class, and having absolutely no friends. Her parents want her to be a doctor, but all she loves to do is read and write. Moving might just be the trick that Shane needs to set her college experience on the right track. She signs up to study during a semester abroad in London, where she also has the chance to intern for a travel magazine. Throw in some magic and a new friend, and Shane’s semester is going to make for an interesting one. 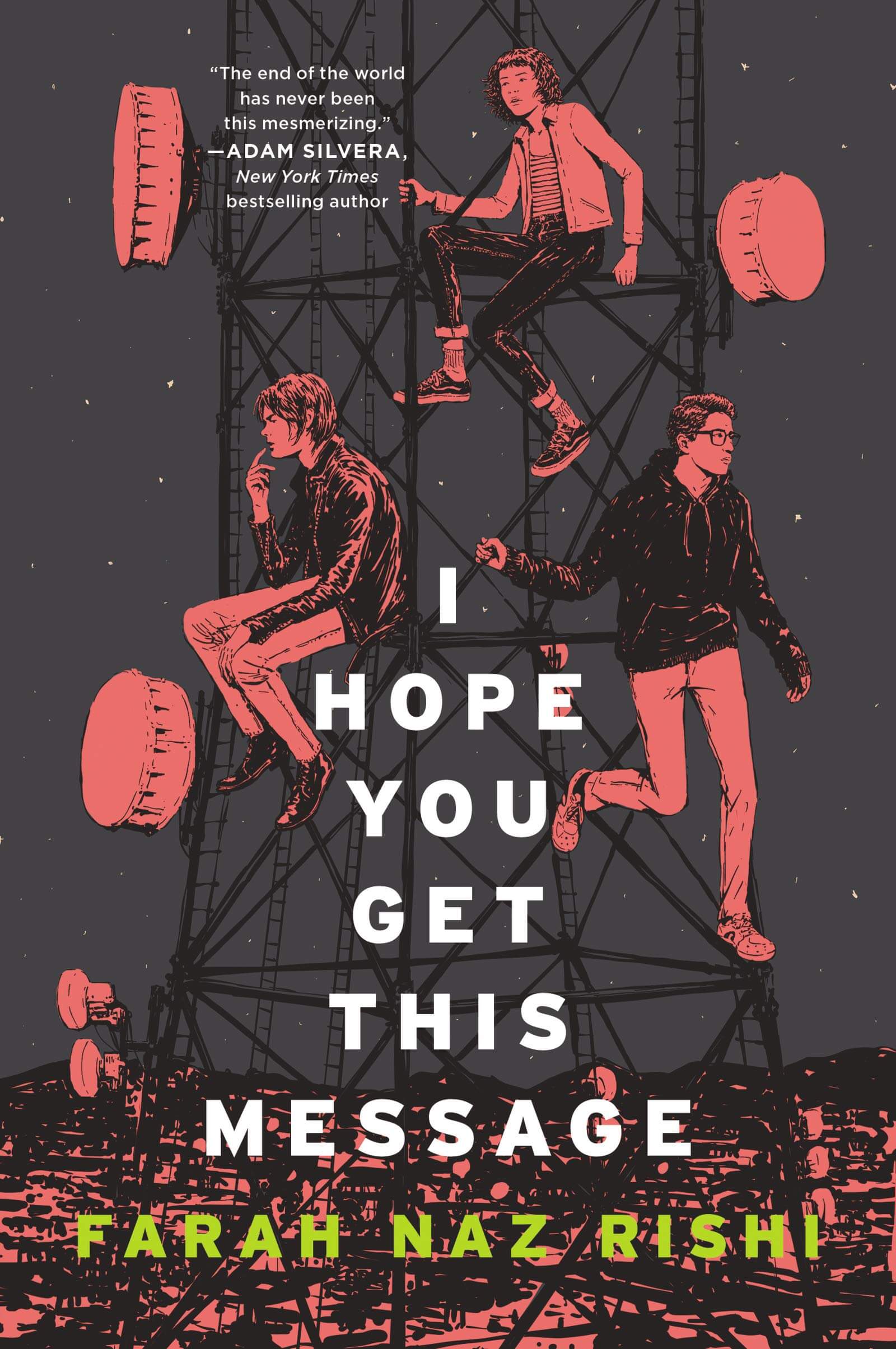 I Hope You Get This Message by Farah Naz Rishi

These interwoven stories of morality filled with strangers and friends reflect the vibe in They Both Die At the End. Aliens from the planet Alma have taken over planet Earth. For Jesse Hewitt, the planet ending might not be such a bad idea, after the bad experiences he has continued to have. Cate Collins, on the other hand, wants to use her time to find her estranged father. And for Adeem Khan, who is still angry with his sister for abandoning him years before, needs to determine if he will forgive her or cling to his grudge as the planet erupts. 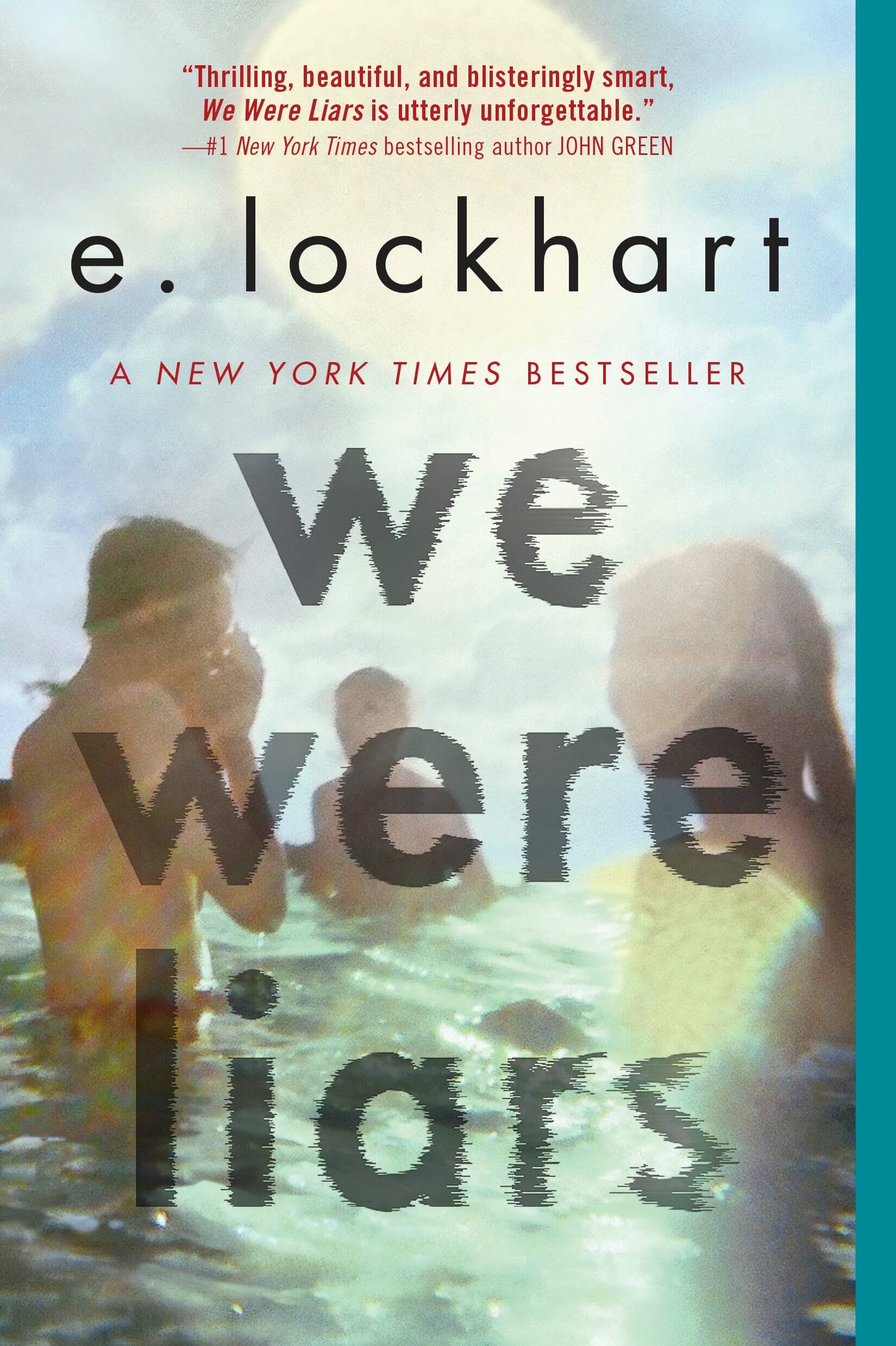 Something isn’t quite right among these four friends. They might live a rich lifestyle, but underneath it all things are broken. Every year Cadence and her family spend the summer at her rich grandfather’s house, where she spends it with her cousins drinking and getting into trouble. But when something tragic happens, Cadence can’t seem to remember. The migraines that she has are constantly changing and swaying her reality. She can sense what’s off, but no one wants to explain things to her. She can’t determine what’s reality and what’s not. Similar to They Both Die At the End, this tale follows tragic choices and the consequences that follow. 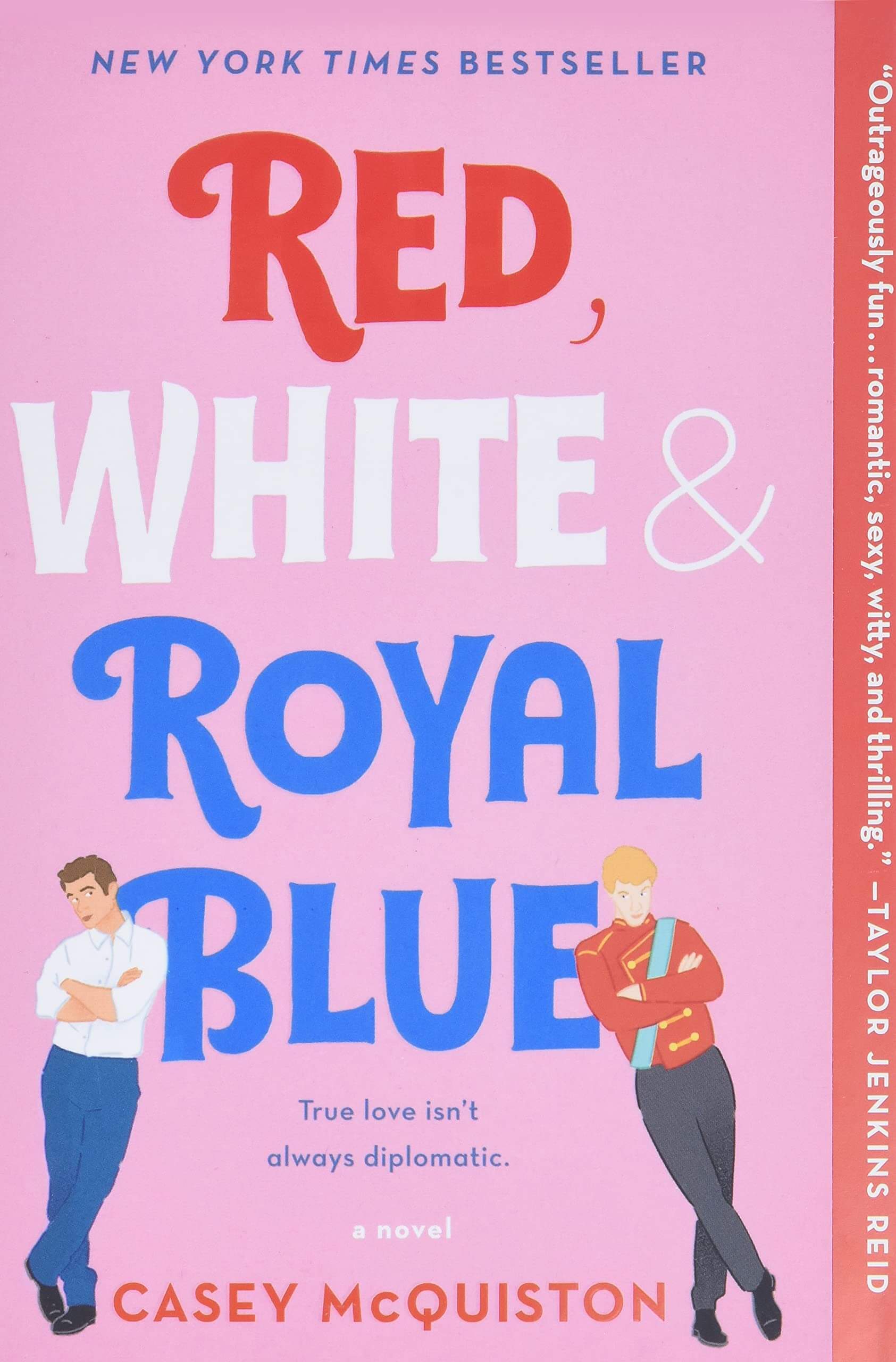 White House superstars Alex Claremont-Diaz and his sister think they can do no wrong. He’s the closest thing there is to being a prince in the U.S. With his mother, Ellen Claremont, being president, all seems to be well in their lives, and everyone loves them on social media. But when the tabloids leak an incident at a royal wedding with Alex’s forever nemesis Prince Henry, all that Alex knows might go up in smoke. In order to save the American/British relations, Alex will do everything he can, but what he doesn’t anticipate is falling for Henry, who has the potential to cause a complete international scandal that’ll leave both of them far worse than when they began.