Books to Re-Read Before They Hit the Screen

Books to Re-Read Before They Hit the Screen

Let’s be honest, between celebrity book-clubs and the queen of adaptations herself (hello, Reese Witherspoon!), seeing your favorite stories hit the screen is more present than ever. You can almost guarantee that once a book is a major hit on a best seller list that studios are going to be fighting over the rights to these books; some will have the rights sold before it even hits your local bookstore. I don’t know about you, but I love to revisit a book before the TV/movie adaptation comes out—and there’s no time like the present to binge-read these stories before their adaptations release this year!

A dra-medy series coming soon (as Sex/Life), 44 Chapters about 4 Men is at the top of my list to read before the Netflix series releases. This one sounds fantastic and the reviews say it’s nothing less than hilarious. Sold as part memoir/part romantic comedy, this one tells a tale of a woman who takes to her journal to complain about her husband and his lack of fulfilling her sexual needs. Sounds like something that’s unfortunately relatable to some people, right? Well, skip to the husband finding the journal and really stepping his game up in the bedroom. This sounds absolutely hilarious to begin with, but when the author catches on to what is going on, she quickly realizes she holds the power within the pages of her journal and begins to manipulate the husband. Sign. Me. Up. I don’t know about you, but a steamy and comedic drama/comedy is such a comfort read and watch, so I’ll definitely be adding this one to my queue. 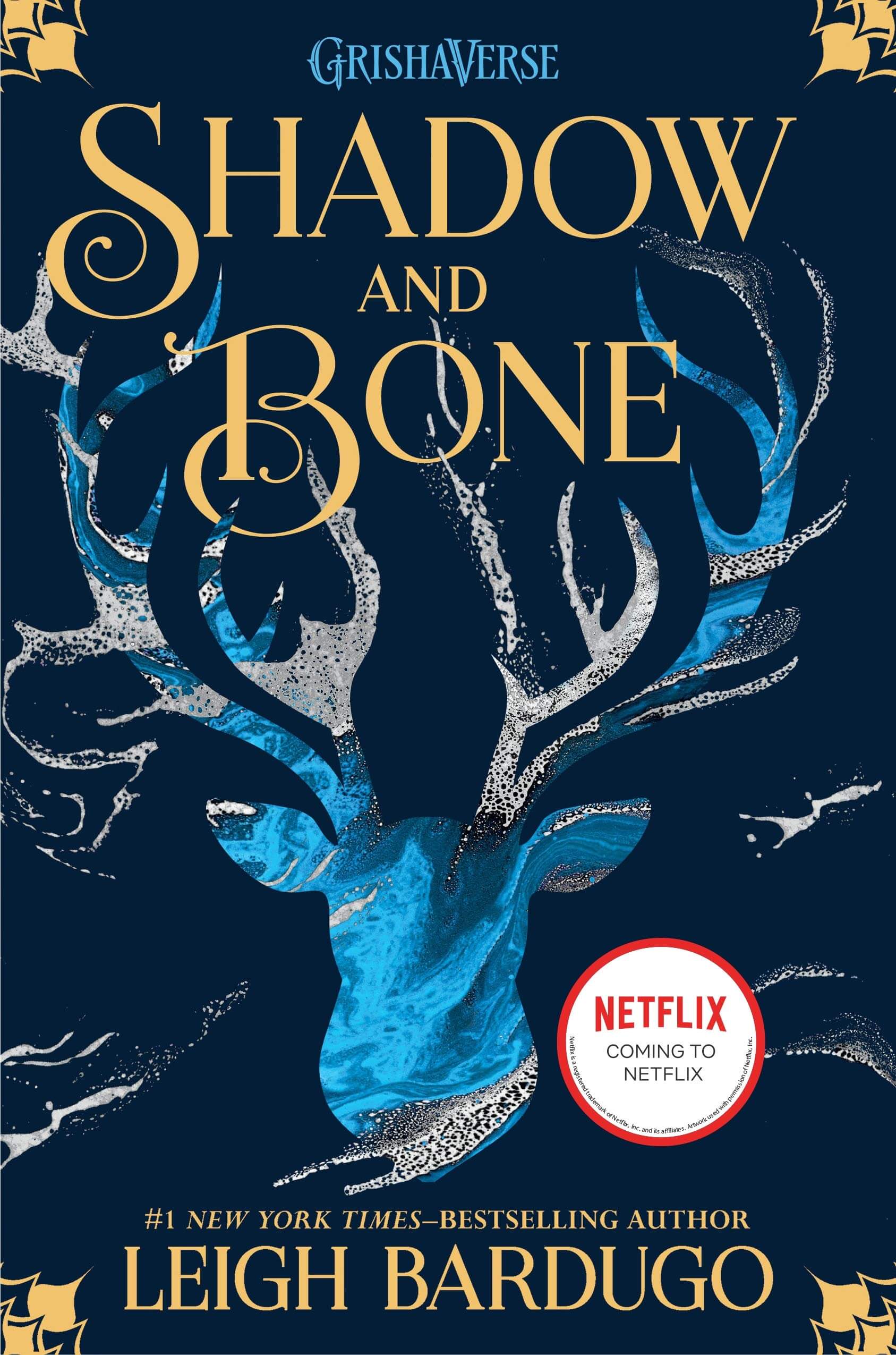 Shadow and Bone by Leigh Bardugo

If you’ve been on Bookstagram or even looked in a bookstore in the past few years, Shadow and Bone by Leigh Bardugo is everywhere! People gush about this series, completely devouring the chunky stories. The ratings are outstanding and the readers are obsessed. A spine-tingling fantasy novel with a romance story, Shadow and Bone is about a young woman who is a soldier about to make her first terrifying trek across an area full of monsters. Under pressure and attack, Alina realizes she has magic and is thrust into a world of royalty. Sounds good, right? Well then she falls in love with the leader of her country’s magical elite. This one sounds really good and I’m not even a big fantasy reader—but I do love good love story and when you toss in magic and monsters, I may just end up binge-watching this one in the upcoming weekend. Now out as a series on Netflix, this one is bound to be the next TV obsession that is escapable. 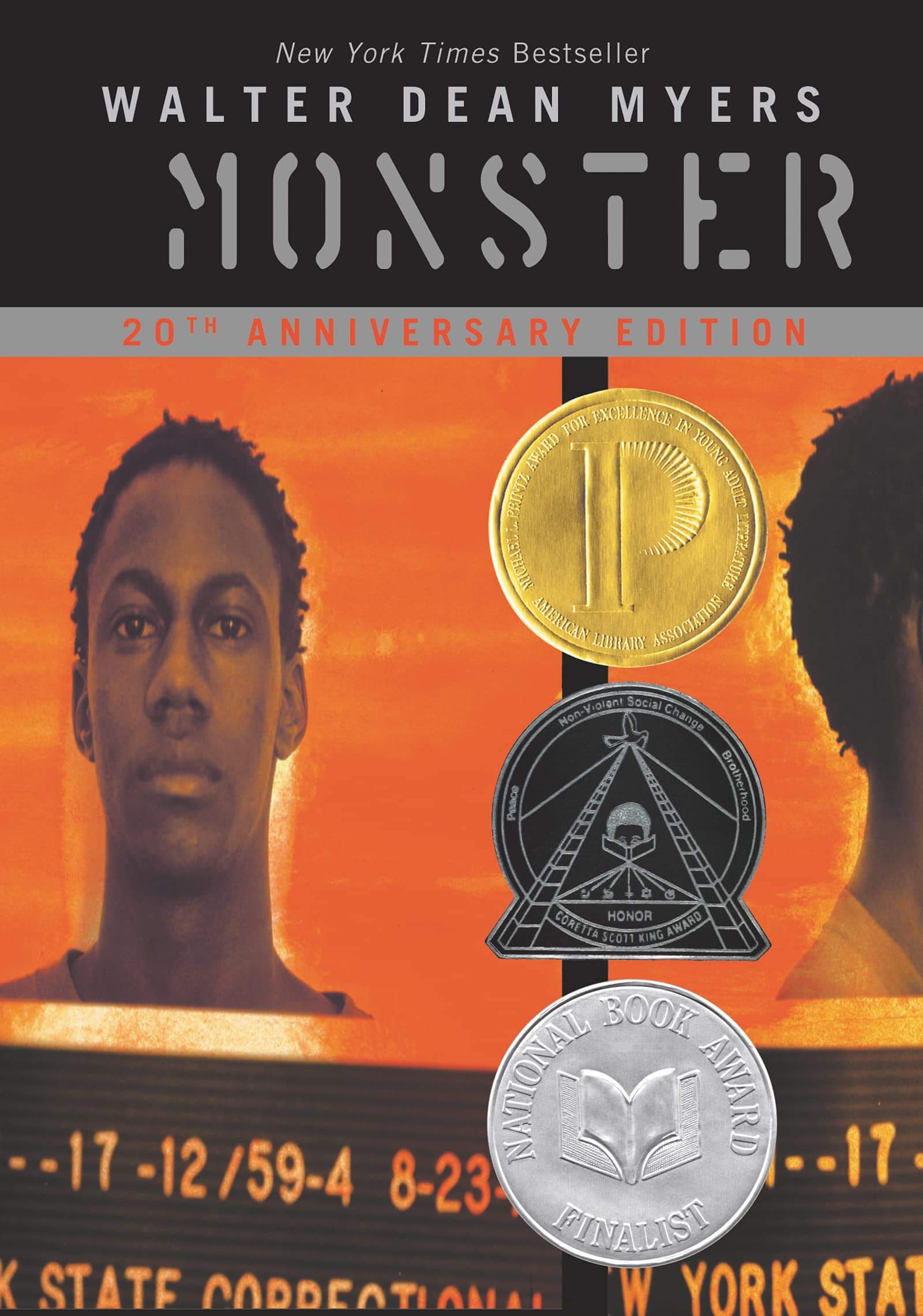 I need to read this book ASAP because the film adaptation is releasing soon on Netflix and it looks amazing. Monster by Walter Dean Myers is a story about a Black teen on trial for murder when a drugstore owner is shot and killed and the young teen is accused of being involved. Facing life in prison, Steve Harmon is an amateur filmmaker who turns his story into a movie script. Scene-by-scene, Harmon tells his story as a combination of blurred reality and a coming-of-age story that deals with racial prejudice and finding out who you really are. This story sounds amazing and is definitely on my radar; I cannot wait to read it before Netflix brings the story to our living rooms in early May. 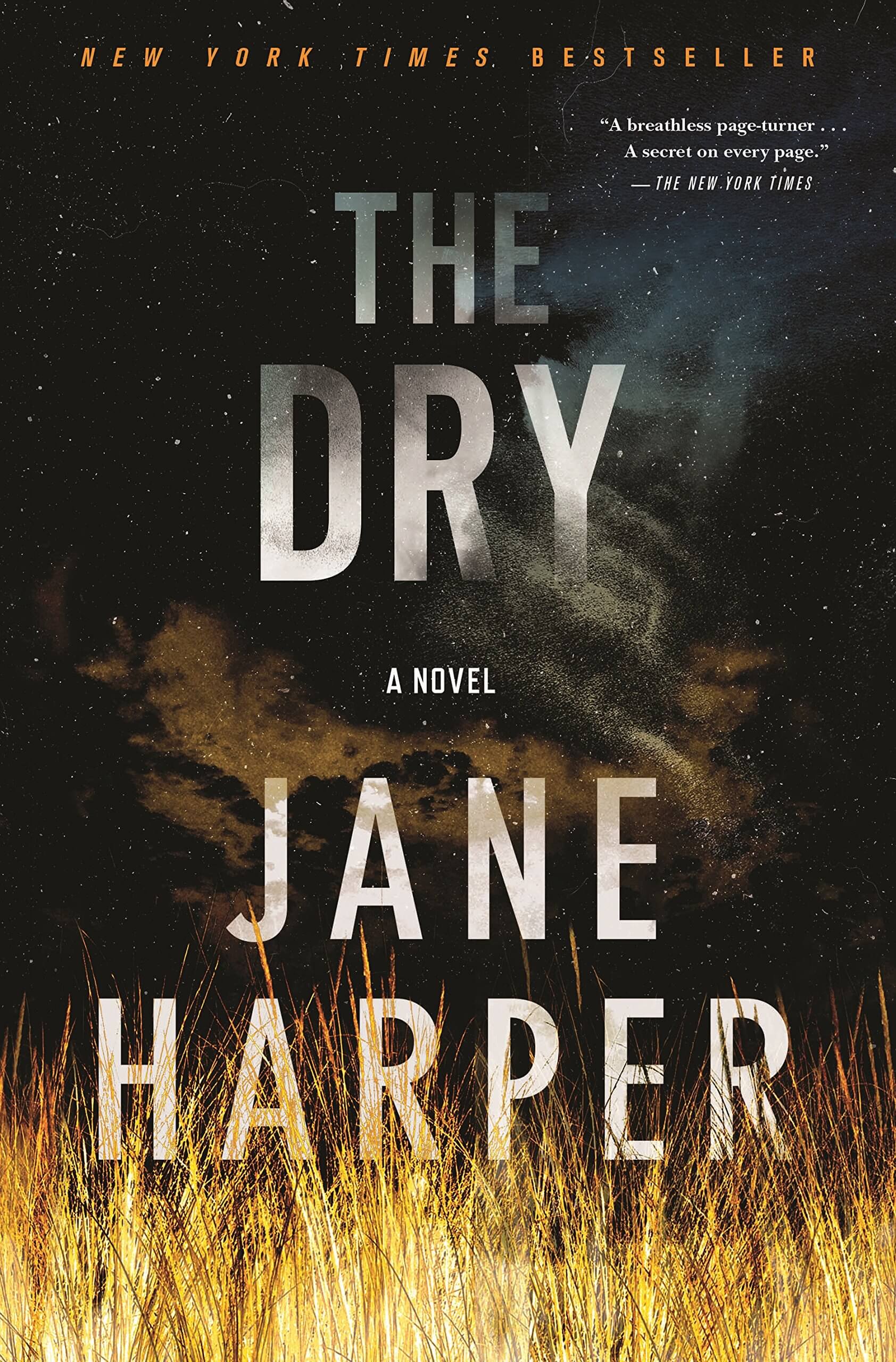 The Dry by Jane Harper

In the first book of the Aaron Falk series, The Dry was my first read by Jane Harper and she has been an auto-read author for me ever since. The Dry is an atmospheric and chilling story of mystery about a federal agent who returns to his hometown to attend his best friend’s funeral. Combining a murder mystery with a story from twenty years ago when the federal agent was accused of murder, The Dry is an addictive and propulsive thriller that will guarantee to keep you reading well into the early morning hours. The movie is releasing this spring starring Eric Bana, and if the movie is anything like the book, I expect a lot of people to be devouring this movie faster than they can pop their popcorn. 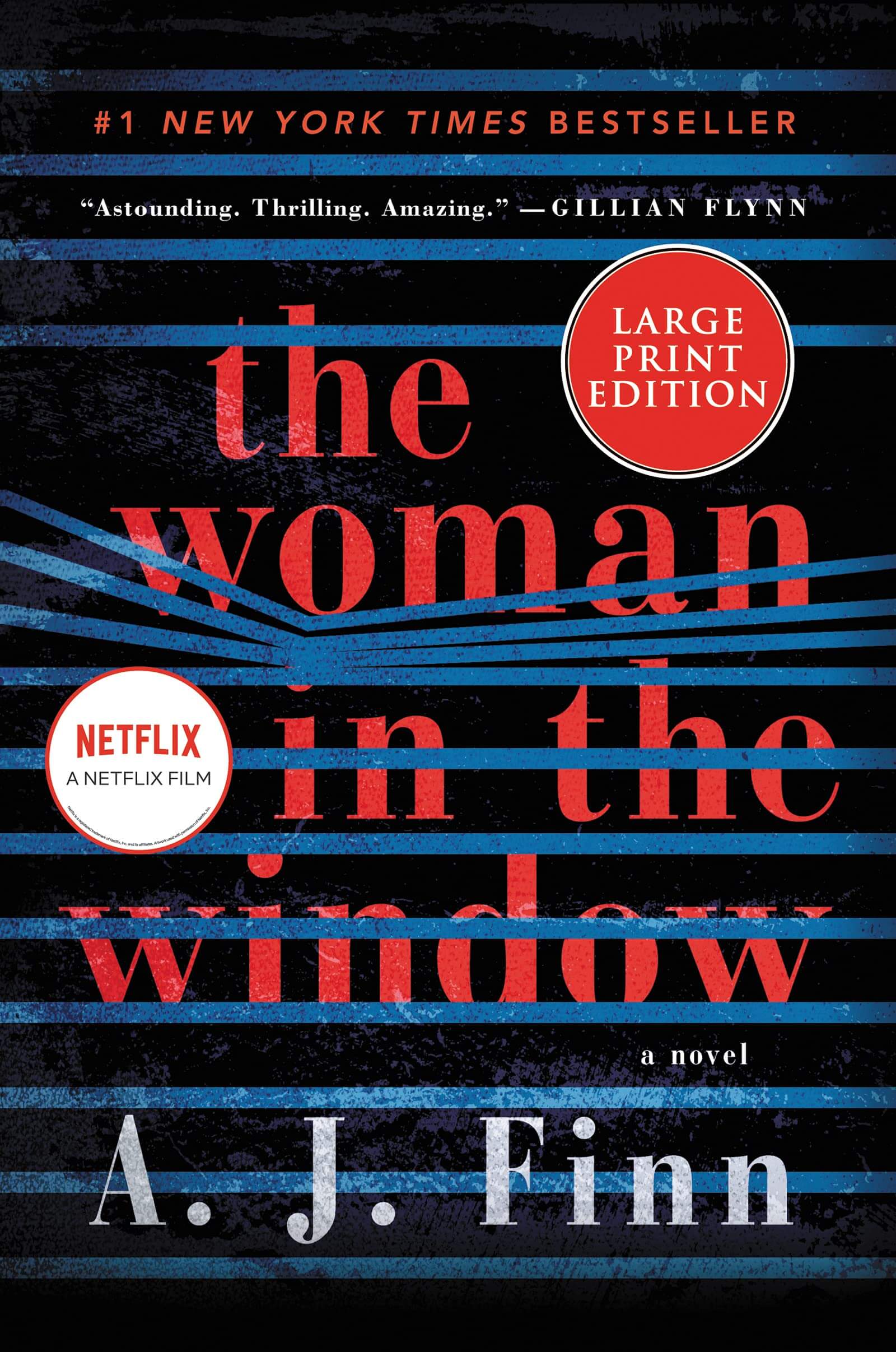 The Woman in the Window by A.J. Finn

Everyone was talking about The Woman in the Window when it published a few years ago, and many wondered what it would be like as a movie. A cinematic and spine-tingling psychological thriller, it didn’t take long for people to fall in love with Anna Fox. Combining an unreliable narrator with a Rear Window plot, this thriller is about an agoraphobic woman who believes she witnesses murder across the street from her house. Was it the wine? Was it her imagination? When things start to go bump in the night and Anna begins to think she is in danger, the twists start to take control and nothing is as it seems. Including the trifecta of talent—Amy Adams, Jennifer Jason Leigh and Julianne Moore—The Woman in the Window movie releases this May on Netflix and if anything, will include some brilliant talent that will be able to bring this story to life.

Watch The Woman in the Window Now! 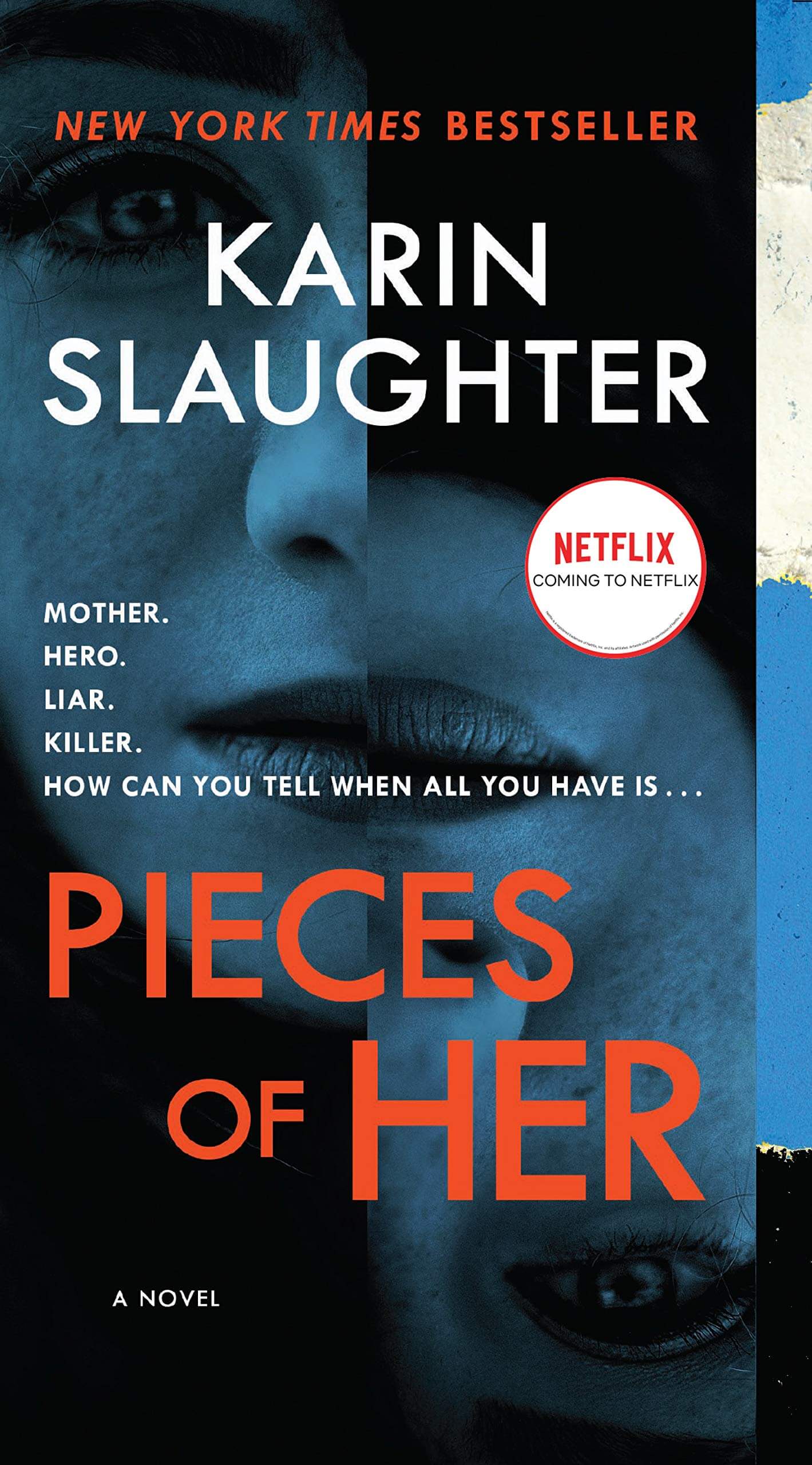 Pieces of Her by Karin Slaughter

All of those who belong in the Slaughter Squad have been waiting way too long for this moment. FINALLY, we are getting an adaptation of a Slaughter story—and Pieces of Her is one that I think will translate brilliantly to the screen. Coming out sometime in 2021, Pieces of Her is now filming and stars the one-and-only Toni Collette, as well as Bella Heathcote. This story is about a young woman who realizes her mother’s life (before she had her) might have been equally dark and disturbing, when a trip to the mall ends up in murder. And the most disturbing part? The mother faces a murderer without breaking a sweat. Who was Laura Cooper before she became mother to Andrea Cooper? Full of intriguing twists and a dual timeline, Netflix sure has a future-hit coming to your living room and I for one will be binge-watching the minute Pieces of Her releases.