Books to Read if You Loved the Movie Hocus Pocus

Books to Read if You Loved the Movie Hocus Pocus

We’ve all at one point or another heard of the great—or shall I say evil—Sanderson sisters. Sarah, Mary, and Winifred Sanderson are three menacing witches resurrected from the 17th century looking to wreak havoc on present-day Salem. If you haven’t heard of them, watching Disney’s Hocus Pocus will fill you in on the fun adventures of teenage Max Dennison as he stops the sisters and saves the town of Salem.

This timeless and cultural masterpiece is gearing up for a sequel. So we thought: what better way to bring out the spooky vibes this season than to share our must reads for the love of these witchy sisters! 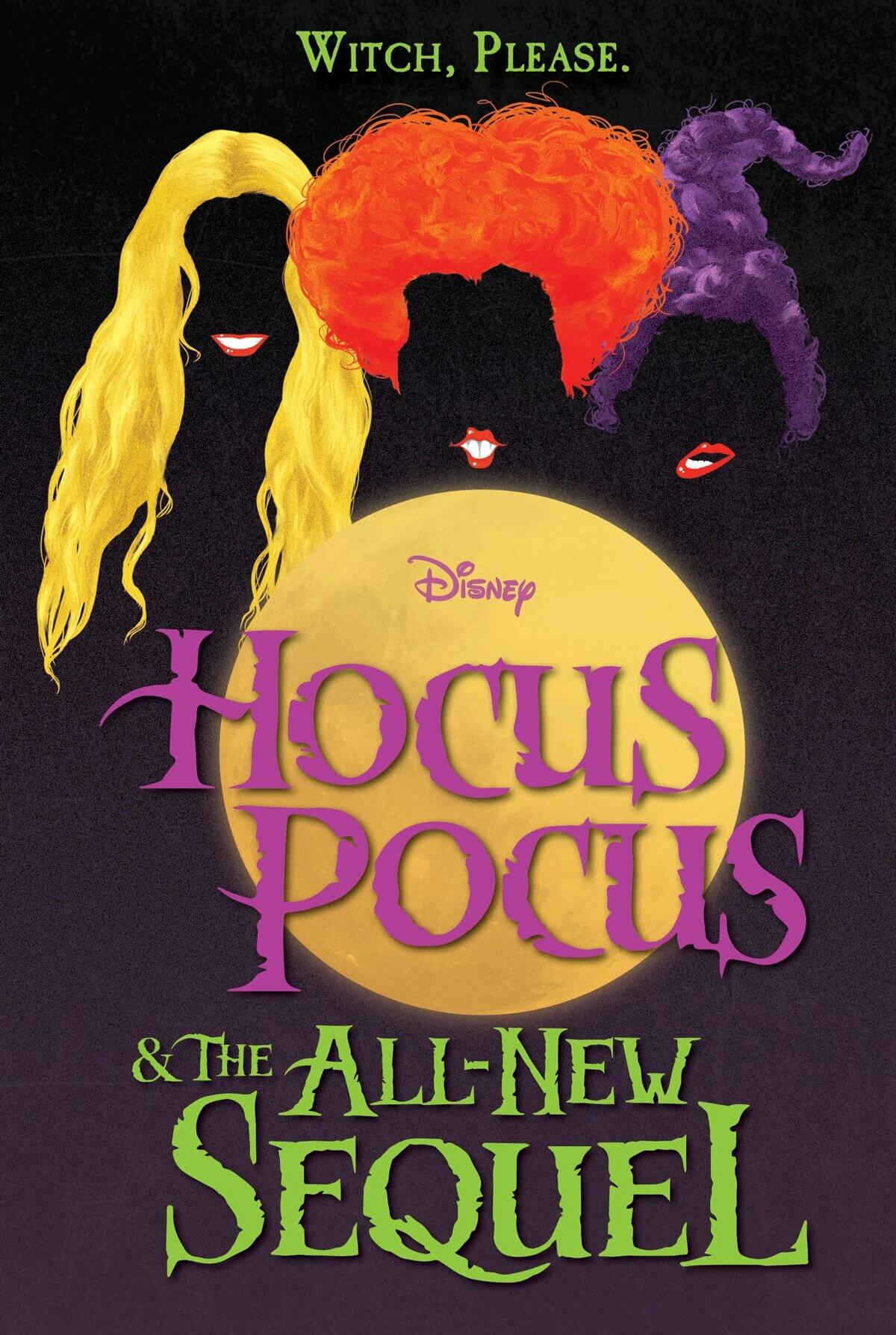 Hocus Pocus & The All New Sequel by A.W. Jantha

A.W. Jantha brings a fresh retelling of the originally beloved Hocus Pocus. This time a sequel continues with a new generation of Salem teens and an all-grown-up Max Dennison. Twenty-five years ago when Max and Allison stopped the Sanderson sisters they both assumed that would be the end. The witches were gone, and Salem was safe. But now, years later, their seventeen-year-old daughter Poppy has encountered the very same sinister Sanderson sisters. In the midst of Halloween celebrations and plans gone wrong, Poppy will have to team up with her friends, use her parents’ wit, and save Salem from the witches’ impending and death-defying schemes. 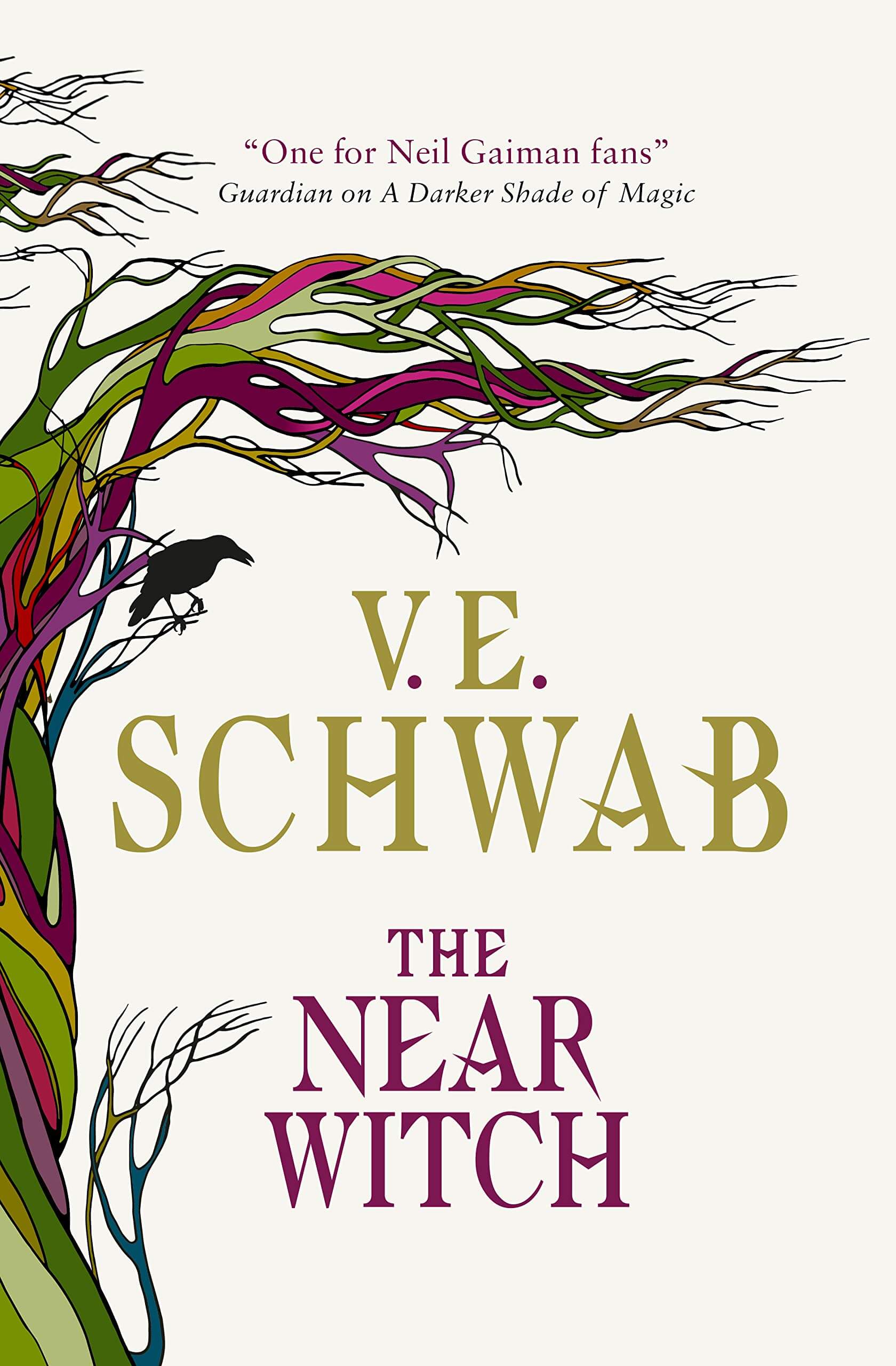 The Near Witch by Victoria Schwab

In a town like Salem, myths about the Sanderson witches stealing children spread everywhere to spook teens before Halloween; in the town of Near, children learn a similar tale about witches that are meant to scare children. Growing up, Lexi believed all that she heard about witches and ghosts in the wind. But when a strange boy who fades in the wind like smoke appears to her, Lexi questions what other tales have truth behind them. When the children of Near start to disappear, Lexi and her mysterious boy begin to search for them, despite others assuming it’s him. The longer they look for the missing children, the more Lexi digs for answers about the witch everyone told her wasn’t real  . . . and about the wind that seems to speak at night. 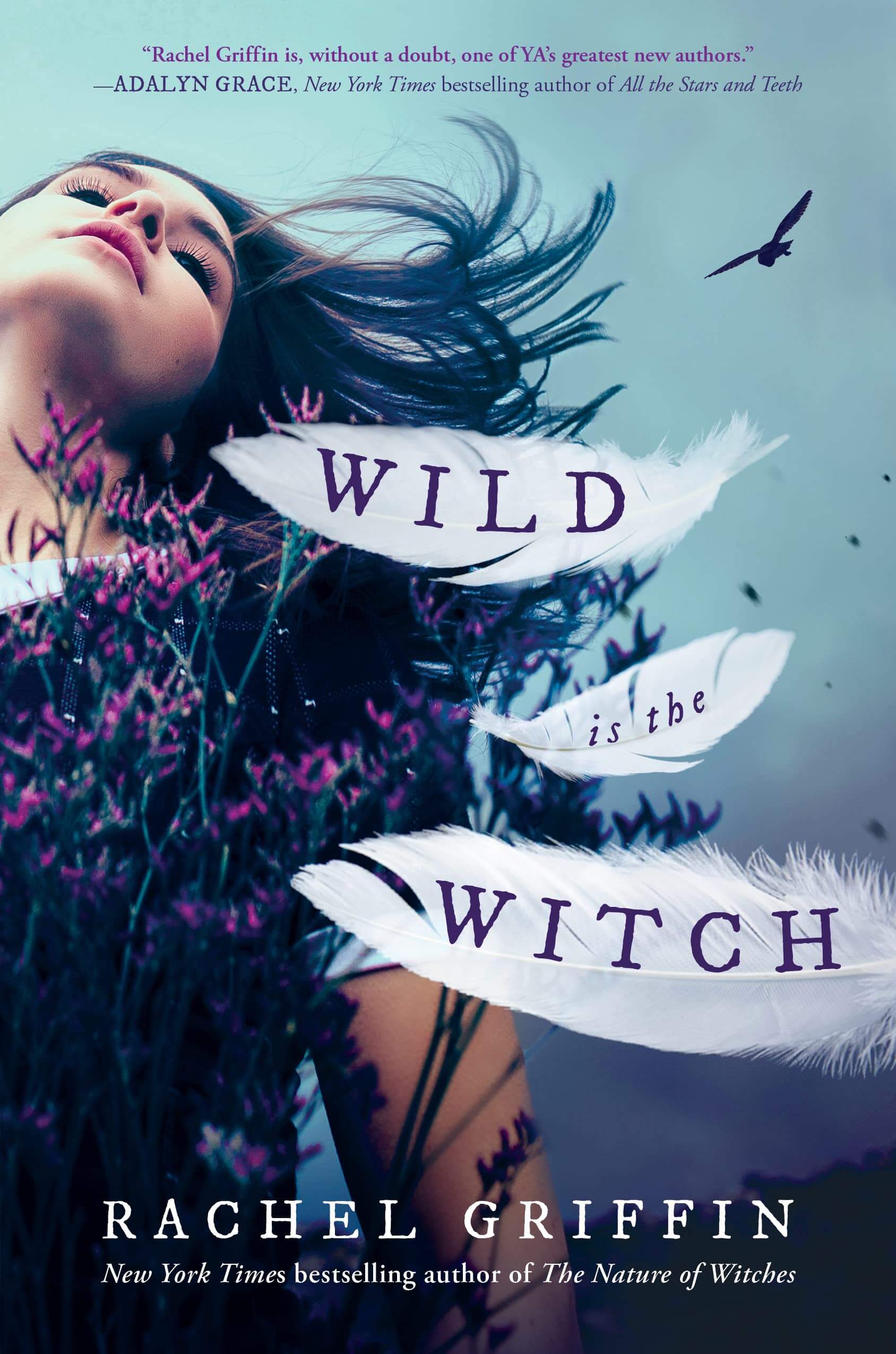 Wild is the Witch by Rachel Griffin

Iris Gray, like the Sanderson sisters, knows what it’s like to live in a town where witches aren’t welcome. Her last home with her father was no different, leaving Iris to find a new home alone. This time, she hides who she is because she doesn’t want to face another punishment from the Witches’ Council—no matter how lenient, and because trusting the wrong people could be dangerous. At her new Washington home, Iris writes curses to relieve her frustration. When Iris creates a curse to turn Pike Alder, a witch-hating aspiring ornithologist, into the very thing he hates, things go very wrong, and the curse ends up in the mouth of a bird who would unleash the curse onto the entire town. Now Iris must race through the Pacific Northwest with the help of Pike to stop magic from unleashing onto the world. 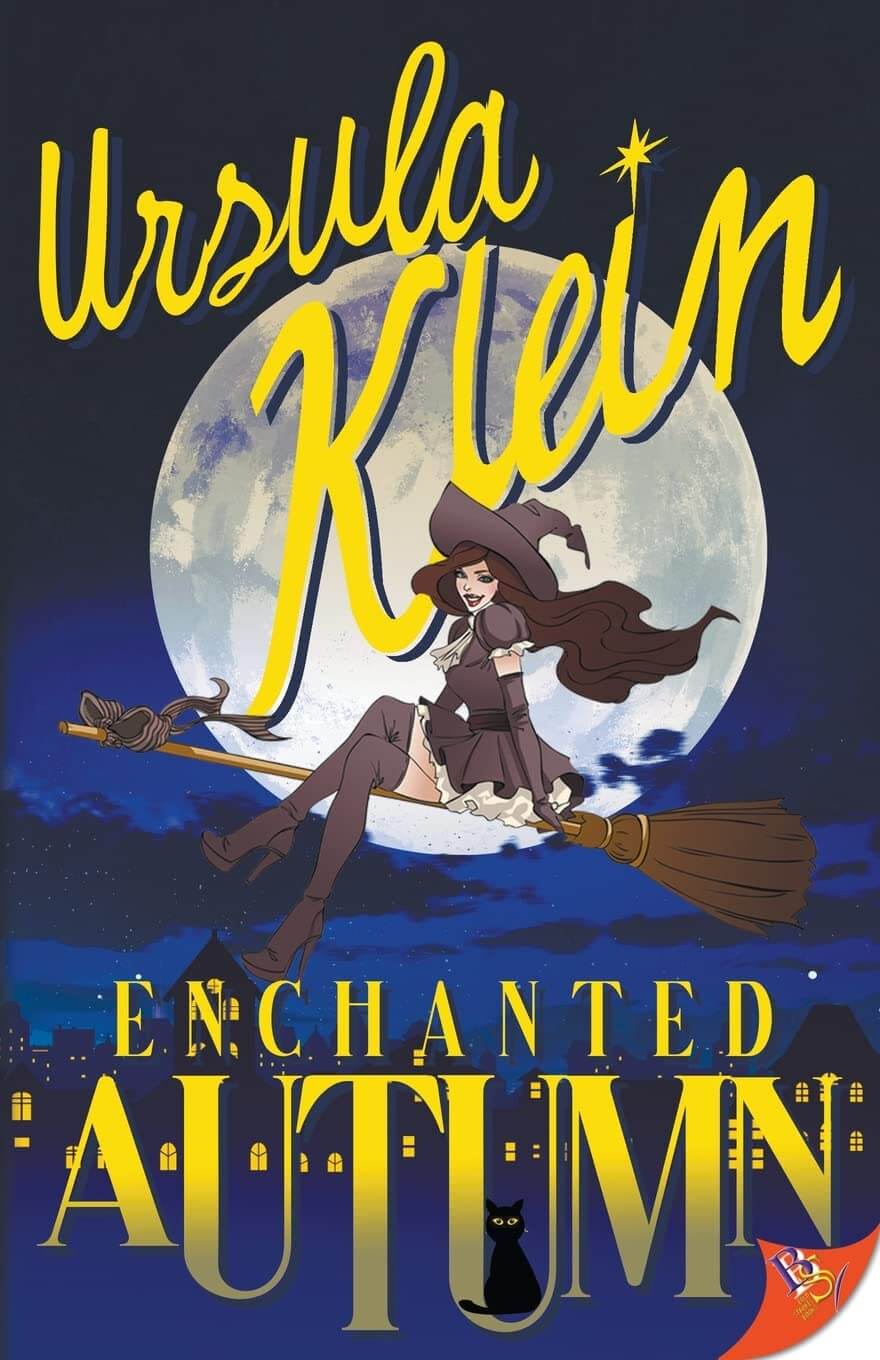 In Salem, Massachusetts, one Dr. Elizabeth Cowrie arrives to conduct a study on the witch trials that happened in the town. But immediately, Hazel and Roxy can only concentrate on how they are both instantly attracted to the professor. First Roxy dates her, only to have their chemistry dry up fairly quickly. Once Hazel makes a shot for Elizabeth, one thing is clear: the doctor hates magic, a major problem for the broom-riding, black cat loving witch Hazel. But will the love that bubbles up between Elizabeth and Hazel be enough for her to put her haunted house, love for brewing potions, and all things witchy aside forever? 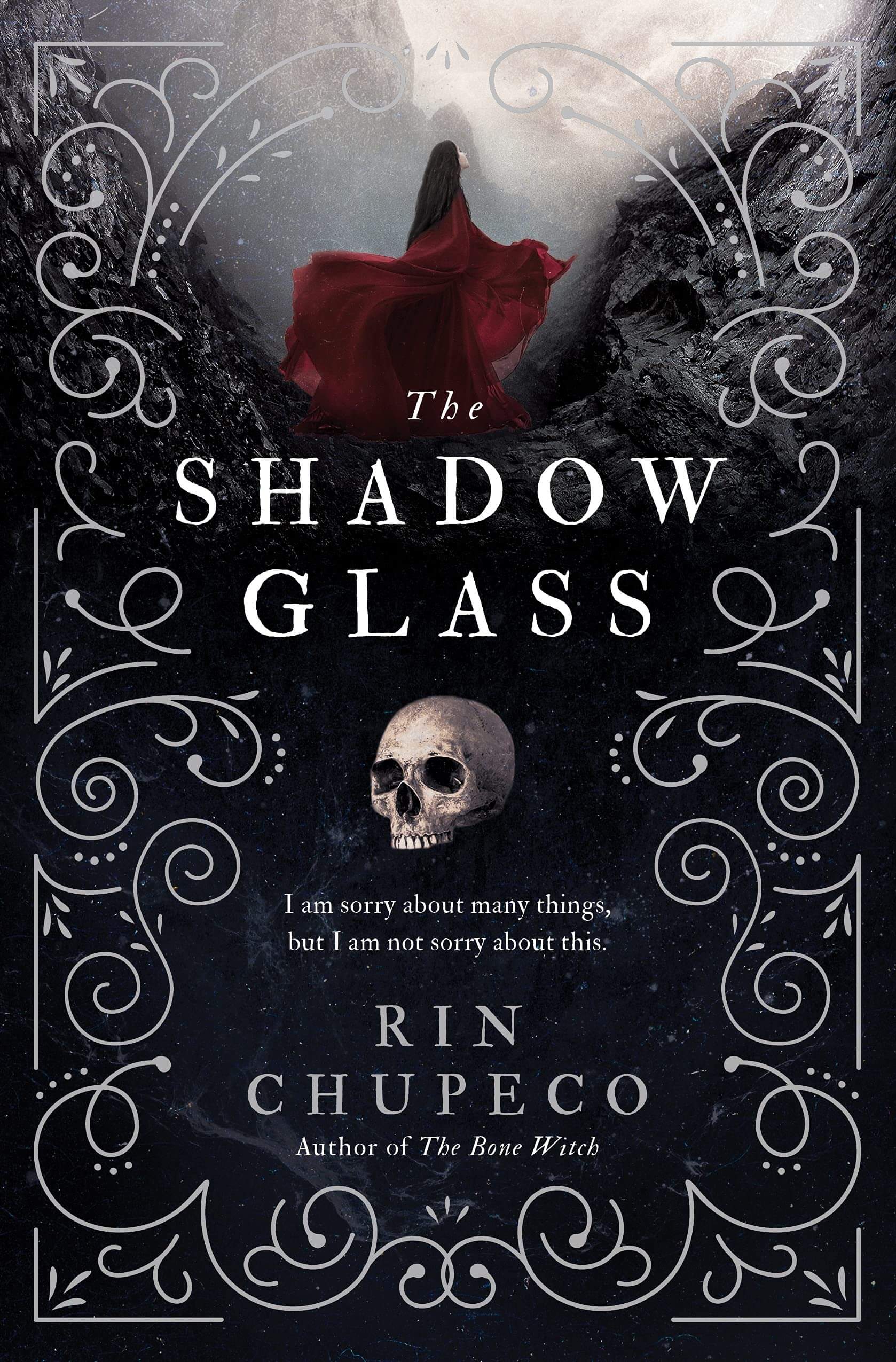 The Shadowglass by Rin Chupeco

When Max Dennison accidently awakens the Sanderson sisters, he had no clue what was in store. The same could be said for Tea when she unknowingly raises her brother Fox from the dead the day of his funeral. Since that day, Tea became a bone witch. Her necromancy abilities to breathe life into the ones she’s loved and lost has also separated her from the rest of her family and ostracized her from the community. Many fear her but many have joined her army to fight the war against the Faceless. Tea’s next move to conjure a shadow glass that will grant immortality to the one she truly loves just might consume her. And with every betrayal she faces, her heartglass grows darker and the blood on her hands will leave her with a higher power to answer. 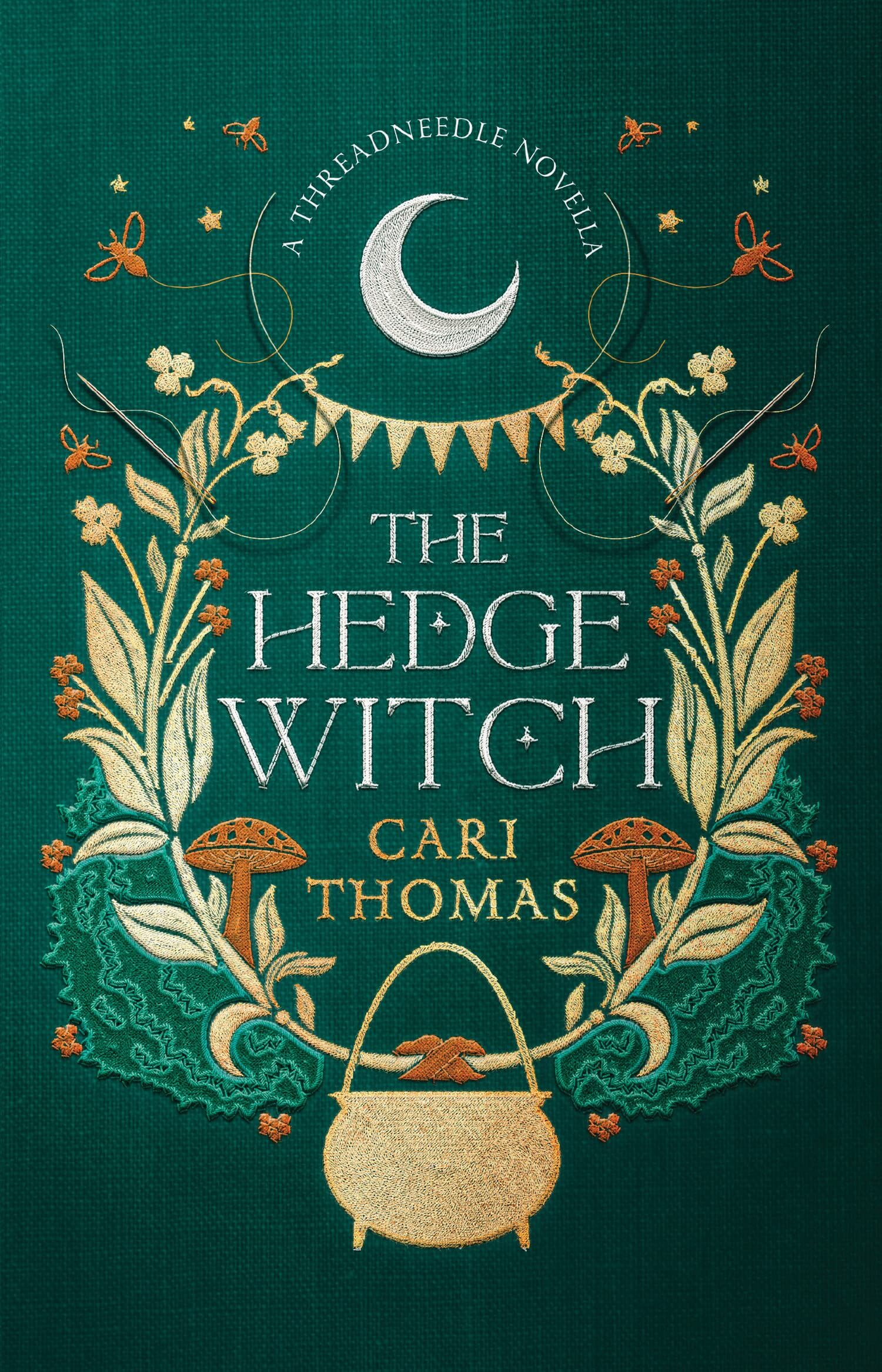 The Hedge Witch by Cari Thomas

Hedge witch Winnie lives in the Welsh countryside, and Rowan, her niece, comes to visit to escape her annoying sisters and hone her magical abilities. What Rowan thought would be peace and quiet with her aunt turns out to be more than expected. The hedges mean serious business that Rowan will have to face. If you enjoyed Max Dennison’s teenage-like behavior and his bravery to save the town, then you’ll like Rowan’s journey to honing her abilities, making friends, and keeping humans away from magic. 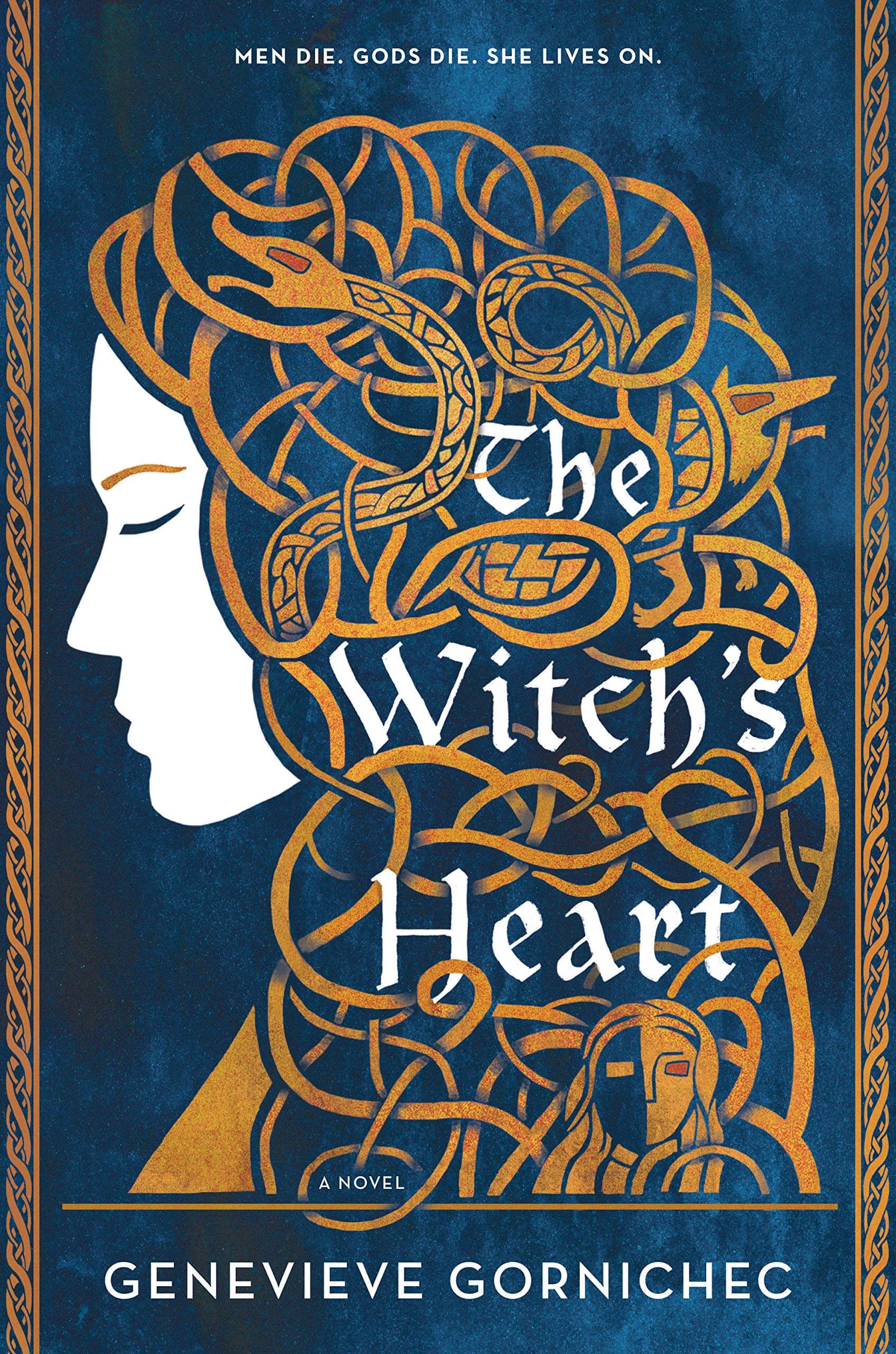 The Witch’s Heart by Genevieve Gornichec

Like the Sanderson sisters who were hanged at the start, Angrboda’s story begins similarly—only she’s burned at the stake. But like the Sandersons she’s not truly dead, fleeing from Odin to the farthest reach of remote land. There she meets Loki, and while she initially distrusts him, they fall in love, producing three unusual children. As Angrboda slowly regains her powers and raises her children, she foresees a possible danger, and with help she’ll learn to stand up to that fate, even if it means facing Odin himself. 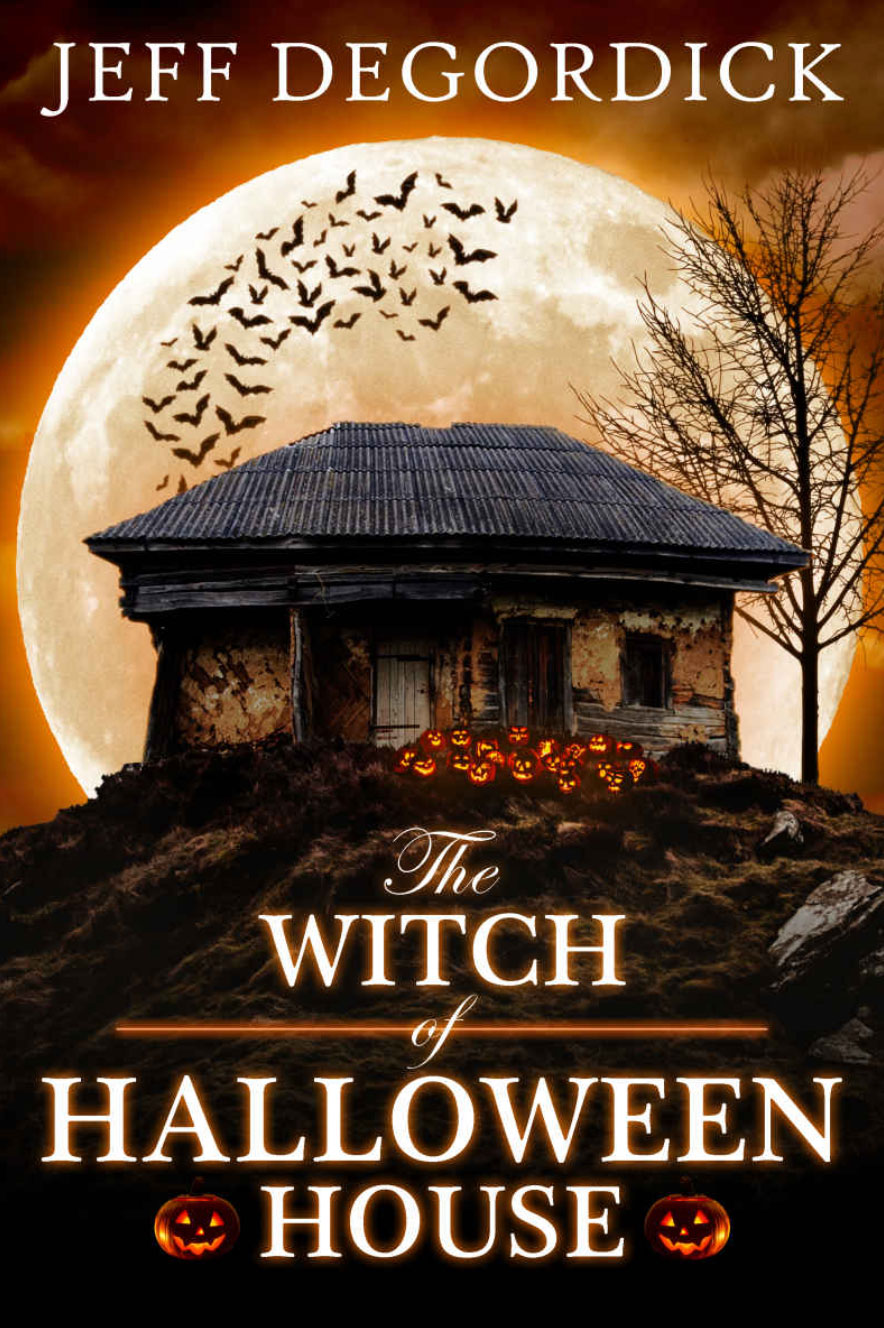 The Witch of Halloween House by Jeff DeGordick

When the town of Salem in the 17th century feared the Sanderson sisters, they burned them at the stake—or so they thought. In this tale of the Halloween House, an old woman is also burned when a small-town fears she may have murdered a young boy. When he turned up alive and well, the damage was done. Her last words as she went up in flames were to curse the town. Now three years later, strange things happen all around town, and children really are starting to disappear. Thinking the curse is real, the townspeople start to go mad, and one young girl, Carmen, will do anything to keep her brother Tommy safe. 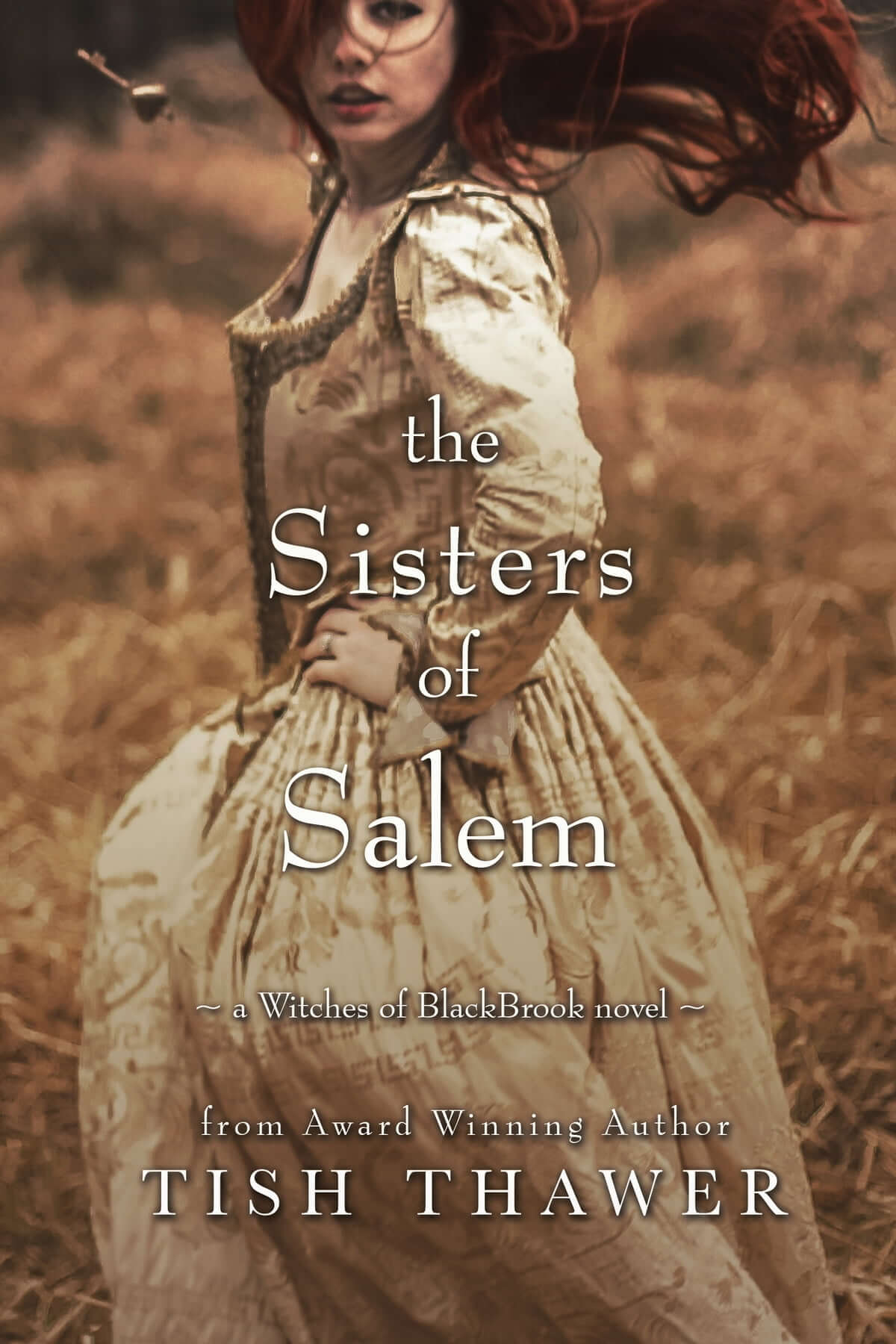 The Sisters of Salem by Tish Thawer

Sarah, Mary and Winifred remained sisters through the past and the present. The Howe sisters have a similar bond. While they’ve been lost and found throughout space and time, their souls remain together. When they are finally reunited, they must travel back to their past, to their childhood home in 1685. The trio must save their mother from a new enemy while hiding from their younger witch selves. But what seems to be an easy task becomes tricky once one sister falls in love with the past, unsure if the future is worth it. Tgether, they’ll have to relive the pain and passions of the past without altering history forever. 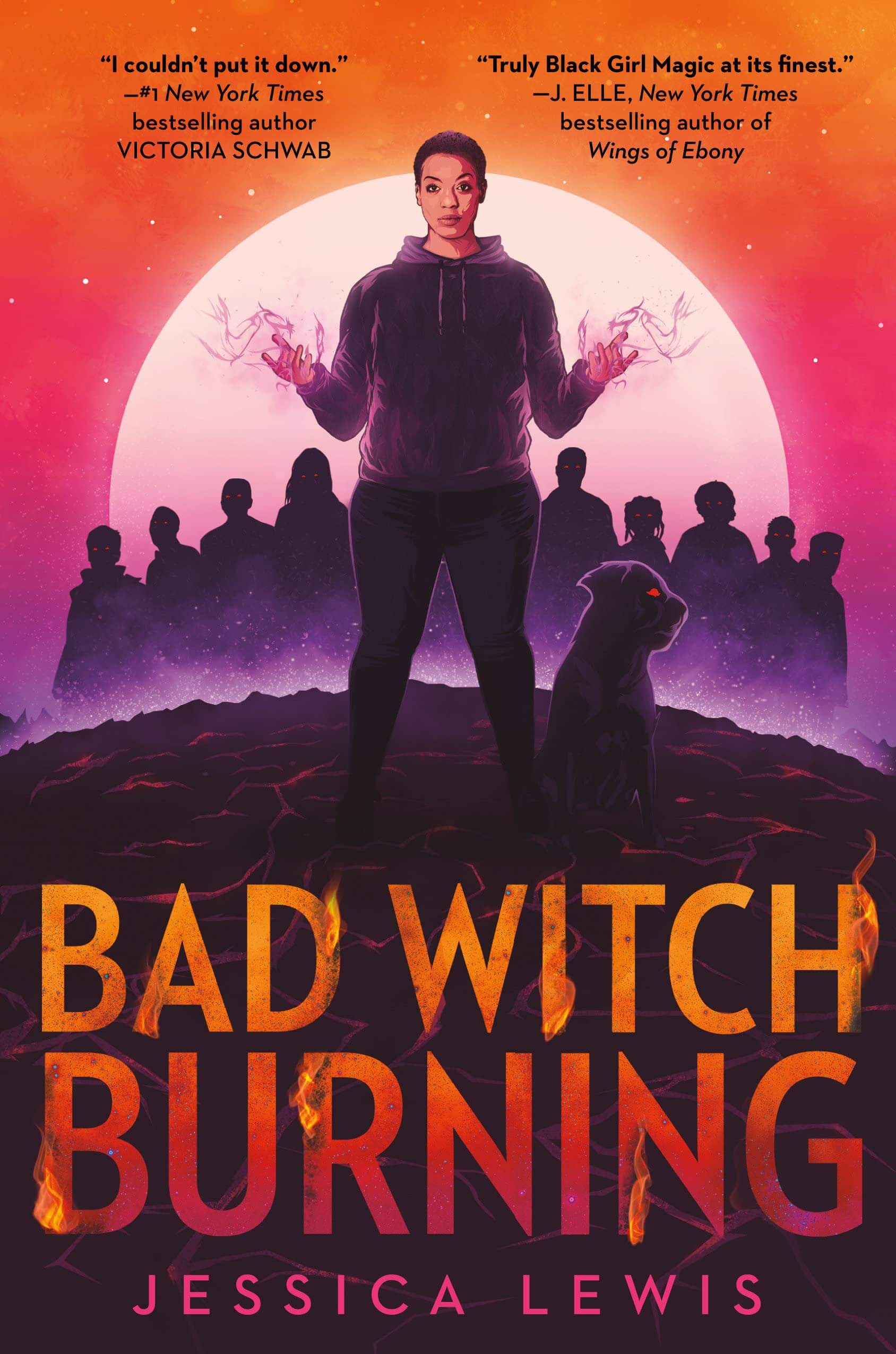 If you enjoyed teenagers mistakenly bringing back the dead, you’ll like Katrell’s tale. As a young witch, Katrell can talk to the dead. It even pays; not much, but it’s enough to support her mother and unfortunately her mother’s deadbeat series of boyfriends. Besides, she doesn’t mind talking to the dead, even if a ghost warns her to stop summoning the dead or there will be consequences. But who listens to ghosts anyway. Yet when her most recent summon has brought a person back to life, and she sees a way to gain more money, she’ll ignore the deadly warning signs—until dark forces hit her doorstep. Because the price for the dark magic she’s doing will cost her.