Called “exactly what you need right now” by O, The Oprah Magazine upon its release in spring 2021, Elissa Washuta’s White Magic is a dazzling memoir told in a collection of essays. Touching on identity, love, land, colonization and faith, Washuta digs into her relationship—good and bad— with the occult and magic, exploring her identity as a member of the Cowlitz Indian Tribe—and how she became a powerful witch.

Growing up surrounded by cheap replicas of Native spiritual tools, occult trends, and cultural cliches, Washuta turned to the escape hatch of intoxication: a decade of abuse and addiction ensued, followed by PTSD and heavy-duty drug treatment for a misdiagnosis of bipolar disorder. She weaves the stories of her ancestors with the cultural artifacts of her own life: a YouTube video of Stevie Nicks and Lindsey Buckingham, Twin Peaks, a Claymation Satan. Through her journey she worked hard to connect with the real spirits and powers her dispossessed and discarded ancestors knew, exploring questions of cultural inheritance and the particular danger, as a Native woman, of relaxing into romantic love under colonial rule.

We talked with Elissa Washuta about the first creative spark behind White Magic, embracing the idea of “living without the escape hatch of intoxication”, and what she’s working on next. 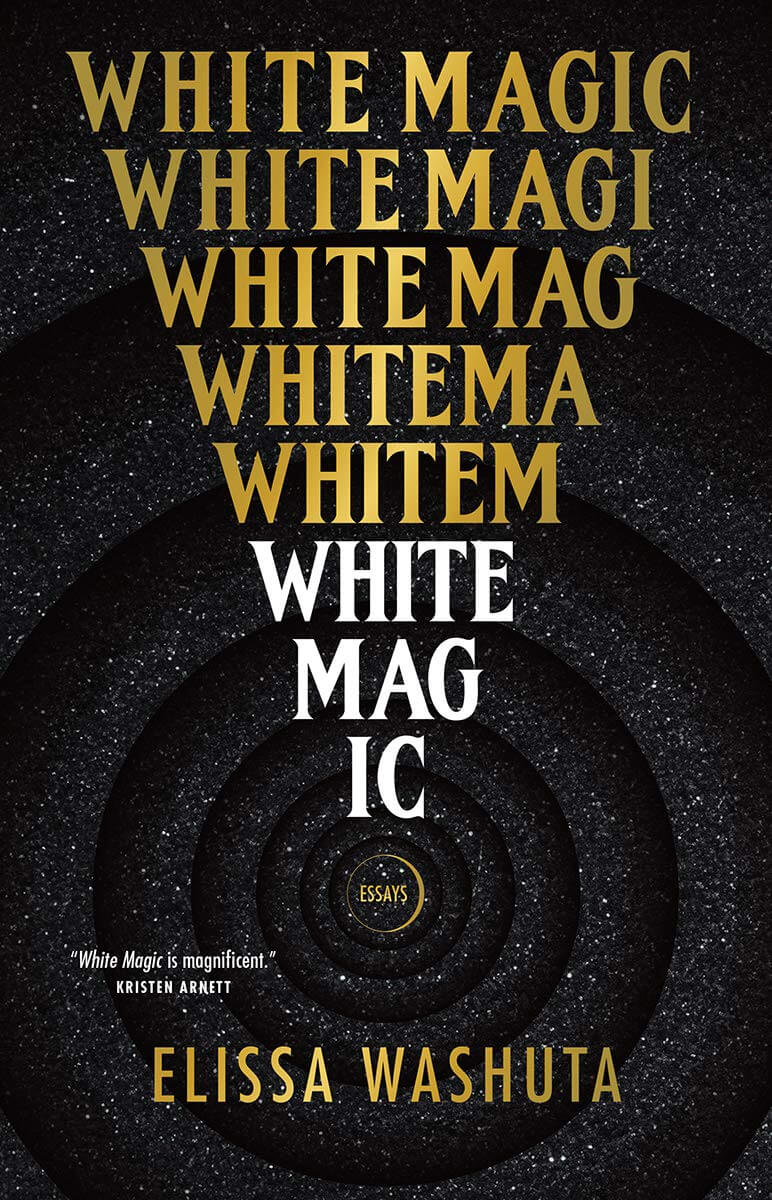 White Magic‘s exploration of cultural inheritance is so raw and powerfully honest. What first sparked the creative idea behind writing it?

It’s hard to know where the process really began—I always have a book project, because, as Elisa Gabbert recently tweeted, “The only happiness is having a little project.” Inconveniently, the project, for me, is not, for a lot of the time I’m working on it, the same as the book it will turn into. This book began as something upsettingly uninspired—I was a writer and I write books and I needed to be writing another. And for years, it was like that, as I tried to figure out what the subject was and where the meaning was. I think the subject came more fully into focus when I got really into the occult and then got dumped by someone I was deeply infatuated with. I did have essays already written that became part of the book manuscript, but they were heavily revised so they would become part of the manuscript as I came to understand it. I was finally curious about something that could span the length of a book: why my heart was broken, what I understood to be “real.”

After everything that’s happened in the past two years, do you think you’d go back and add an additional essay if you could?

It’s such a long book that even in a hypothetical, I don’t think I can be allowed to add another essay! I cut one essay between acceptance and publication because it was adding some drag to an already very long book. I see the book as being complete and whole as a single narrative, rather than an essay collection (though, of course it is an essay collection). I can’t think of anything that would be worth disrupting that.

But I think your question is also about how the development of a social-distanced world relates to what I was writing about: distance and intimacy, whether the internet world is the real world. I don’t think I have anything to really say about it that would be worth inserting, and even though it’s not on the page explicitly, I think it is part of the book, in that nearly all readers have brought the context of the pandemic to their reading.

How cathartic—or frustrating—was the process of intertwining these essays revolving around such intense but important themes?

The process of writing my first book was truly healing, because creating narrative out of the chaos of my trauma was quite effective in helping me deal with undiagnosed and untreated PTSD. I’m not sure that was the case this time around, but I also haven’t gotten a mental health professional perspective on it. I would say that it was transformative, because I made a narrative that seemed, from the outset, too large for me to handle. That was often frustrating, and it continues to be a frustrating part of my writing process: I am able to hold the entire narrative in my head, to an extent, when I’m working, but I need time to call it up—I need long, uninterrupted writing sessions, and ideally, I have several days’ worth. I am told this is an unreasonable thing to seek out, but I’m trying. I think that allows me to get to insights I haven’t had before, and that work is an important part of my personal development.

In particular, the idea of embracing “life without the escape hatch of intoxication” would change the world.

I have such a complicated relationship with that idea now, because I do need psychoactive prescription drugs in order to alleviate my suffering, and those meds returned to my life when I was nearing the end of the writing of the book. I am definitely not using substances the way I did, and I have no plans to ever drink alcohol again, but it’s also a reality that I do not have a brain that functions in the way I need it to function in order for me to have a normal life. I need to alter my mental state: I need focus, I need to cut off panic, and so on. That alteration looks very different from the way it did when I was in my 20s, with no ability to self-regulate emotions or deal with the basic discomforts and disappointments of life. I still believe I had to spend those years without the escape hatch, but now I need a series of different, smaller escape hatches from specific kinds of dysfunction so that I can keep being the person I became through sobriety: responsible, courageous, stable.

How would you encourage people from all backgrounds to share their stories?

I would encourage people to consider why they want to tell their stories, what forms of storytelling they’re drawn to, and what outcomes they hope for. Everyone’s reasons are different, and different reasons require different forms. Sometimes we feel compelled to be heard and understood and can rush to get our stories out there in ways we might regret. It’s important to think about the forms and venues available and choose with care.

Are you currently working on another book?

I am! It’s hard to say what people can expect, because I’m sure it will take me a long time and the eventual book will not be exactly what I have in mind now. I’m writing about apocalypses, the stock market, chronic illness, and what happens when we have the audacity to try to improve our lives.