For many people, the holidays are about coming home. They’re about reuniting with loved ones, catching up over hot chocolate, and enjoying the comfort of that which is familiar. The following list of books is for all those who think of home when they think of holiday season. Whether you’re spending it with loved ones in person or in spirit, these stories about Christmas miracles, love and acceptance are perfect for those looking for a little extra holiday cheer. 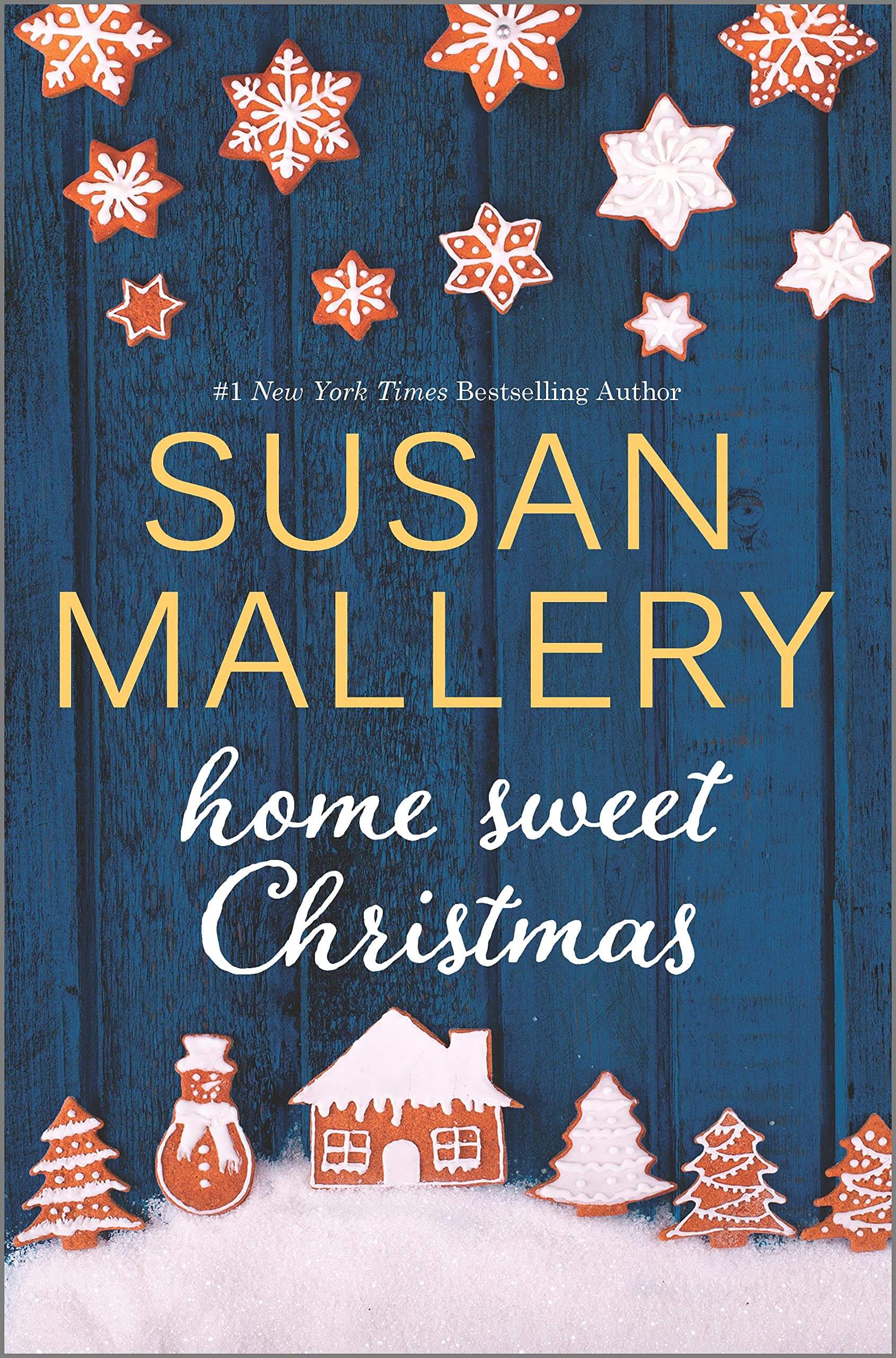 Camryn Neff has temporarily returned to Wishing Tree to take care of her twin sisters, but she’s desperate to get back to her life in Chicago. Apart from her family, the only thing that might make this trip more joyful is Jake Crane, a handsome hotelier. Jake and Camryn decide to keep each other company over the holidays, no strings attached. By his side, Camryn experiences the magic of her hometown during Christmas season and begins to question where she belongs. Meanwhile, newcomer River Best is thrilled by Wishing Tree’s small-town charm and holiday cheer. But when she’s crowned Snow Queen and meets her king, Dylan Tucker, things seem too good to be true. As their romance blossoms, River can’t help but feel that Dylan is hiding something from her. Something that can tear them apart. 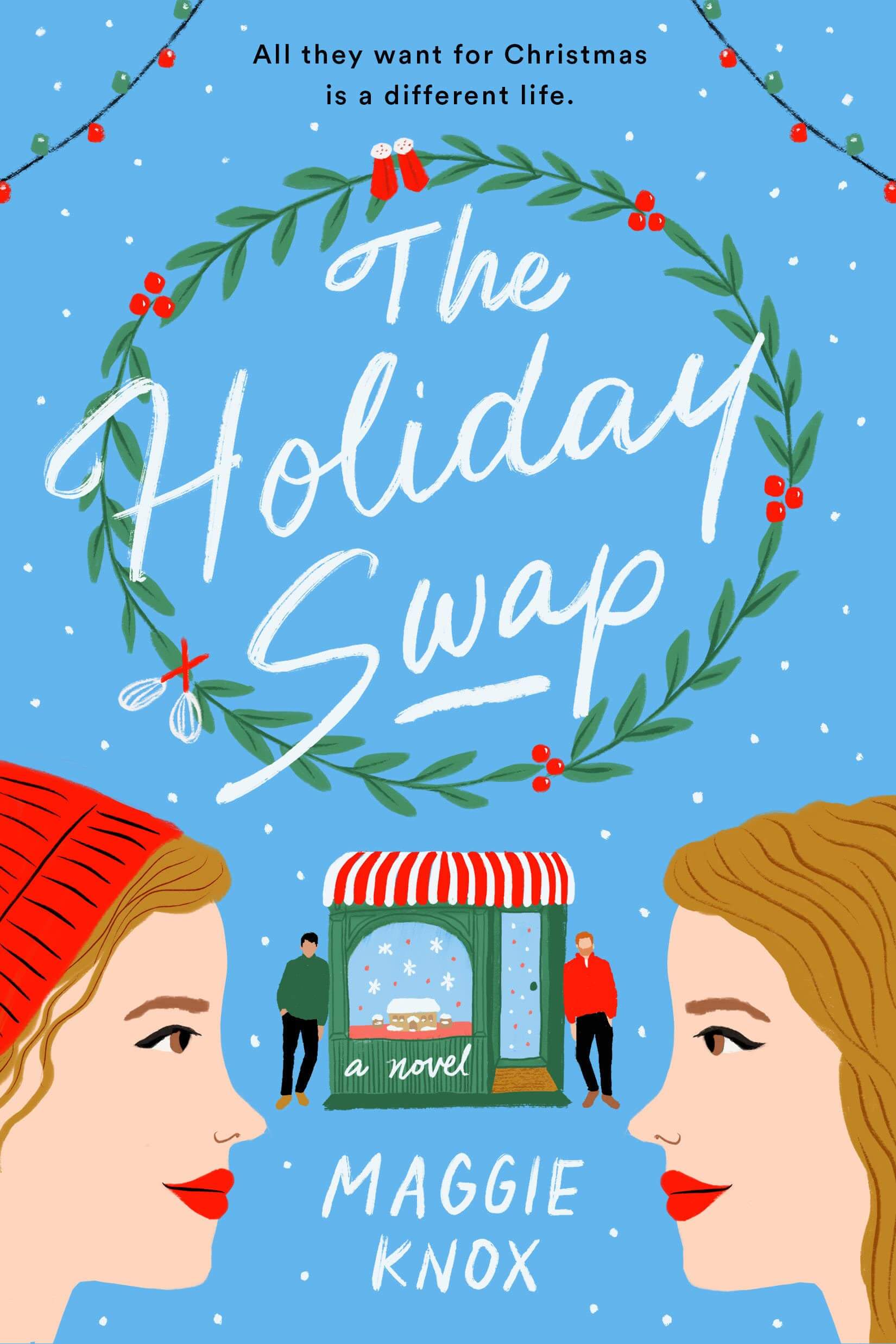 The Holiday Swap by Maggie Knox

Cass and Charlie are identical twins living very different lives. Charlie is a judge on a popular reality baking show, while Cass juggles her family’s busy bakery and a persistent ex who refuses to accept that they’re over. When Charlie suffers an injury on set and loses her sense of taste and smell, she begs Cass to switch places with her. Desperate to get away from her own reality, Cass agrees. But things get complicated as the twins try to navigate their new lives, and they quickly realize this holiday swap has repercussions neither could have predicted. Especially when gorgeous firefighter Jake Greenman and handsome physician assistant Miguel Rodriguez become involved. Will Cass and Charlie be able to pull this off? Or will this holiday season be a recipe for disaster? 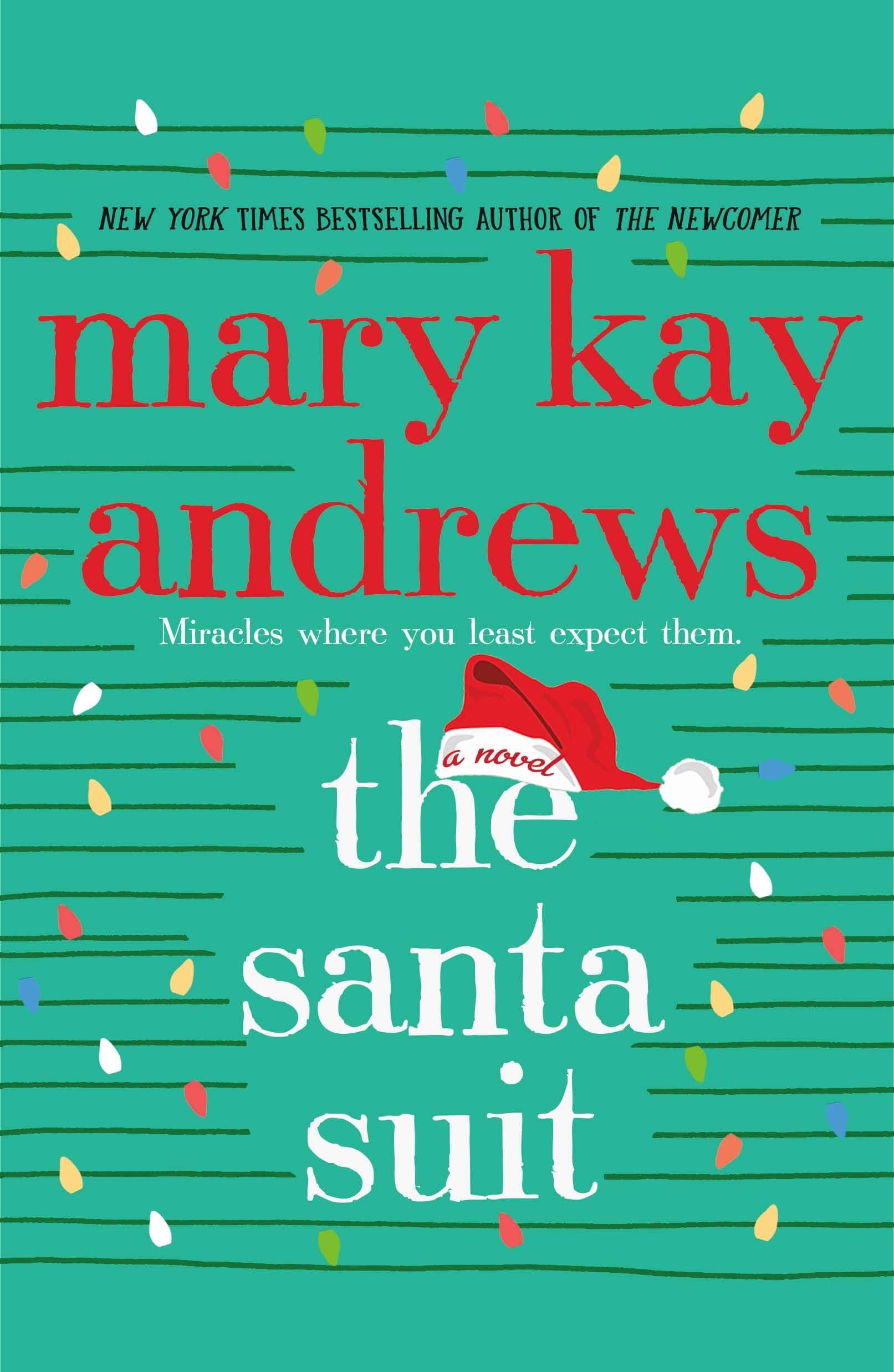 Looking for a fresh start after her divorce, Ivy Perkins packs up her life and moves into an old farmhouse called The Four Roses. Excited to make the place her own, she begins the arduous process of cleaning out the previous owners’ junk. But at the top of a closet, she discovers an old Santa Claus suit with a note in the pocket from a little girl whose only Christmas wish is that her father return home from war. Pulled into the mystery, Ivy is determined to discover the identity of the little girl and whether or not she was reunited with her father. On her journey, Ivy learns all about the enigmatic Rose family, her new community, the power of love, and the joy of creating a home. 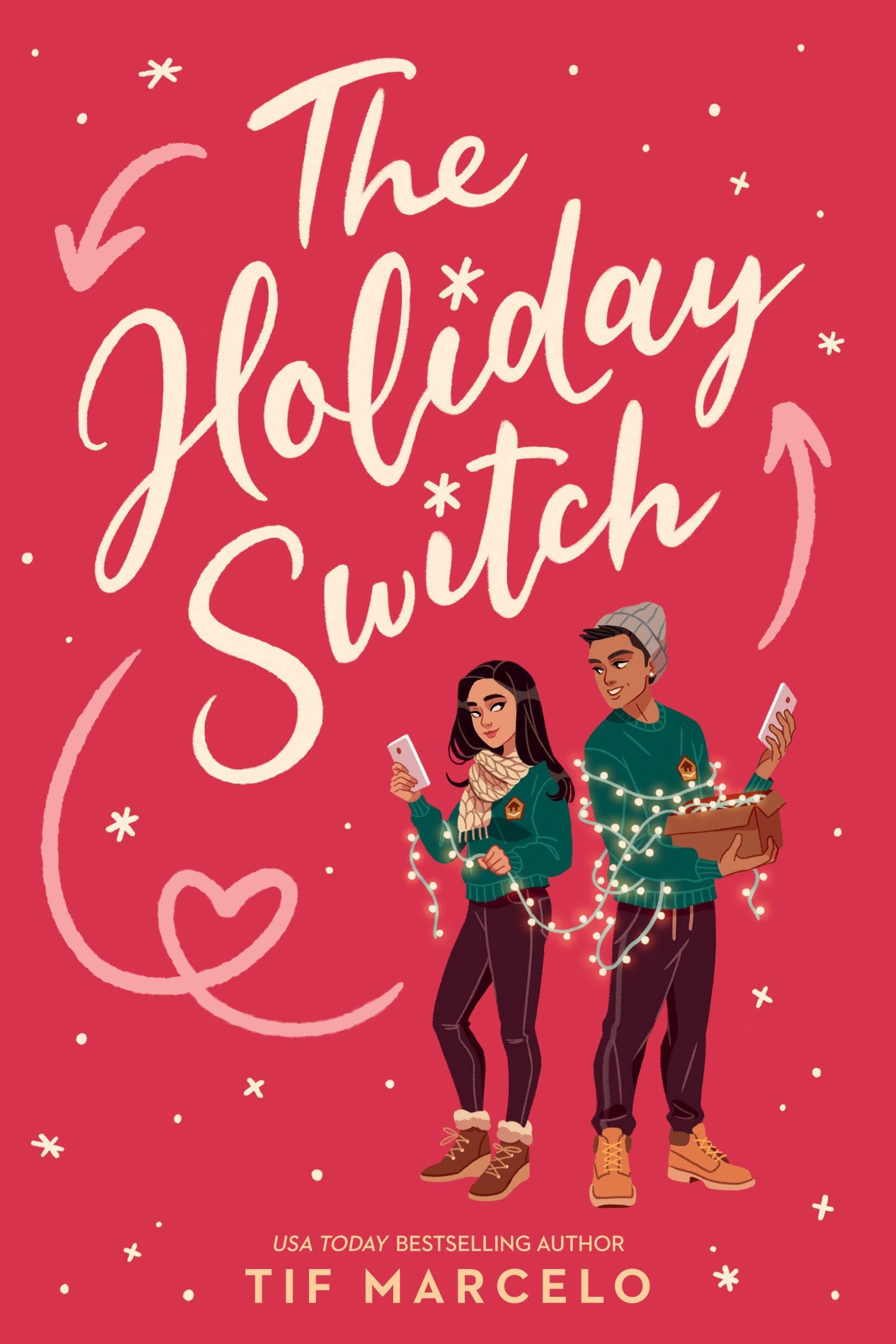 The Holiday Switch by Tif Marcelo

Lily Santos has the perfect winter break planned. Working at the local inn (which also happens to be the setting of Holiday by the Lake, the greatest Christmas movie ever) and moonlighting as an anonymous book blogger, Lily is all set to relish in the Christmas spirit of Holly, New York. But then she discovers that her boss’s irritatingly handsome nephew, Teddy Rivera, will be working alongside her this winter break. At first, Lily and Teddy can’t seem to agree on anything except their mutual dislike of each other. But when the two accidentally swap phones, they discover secrets about one another that might have the power to change the course of this holiday season. 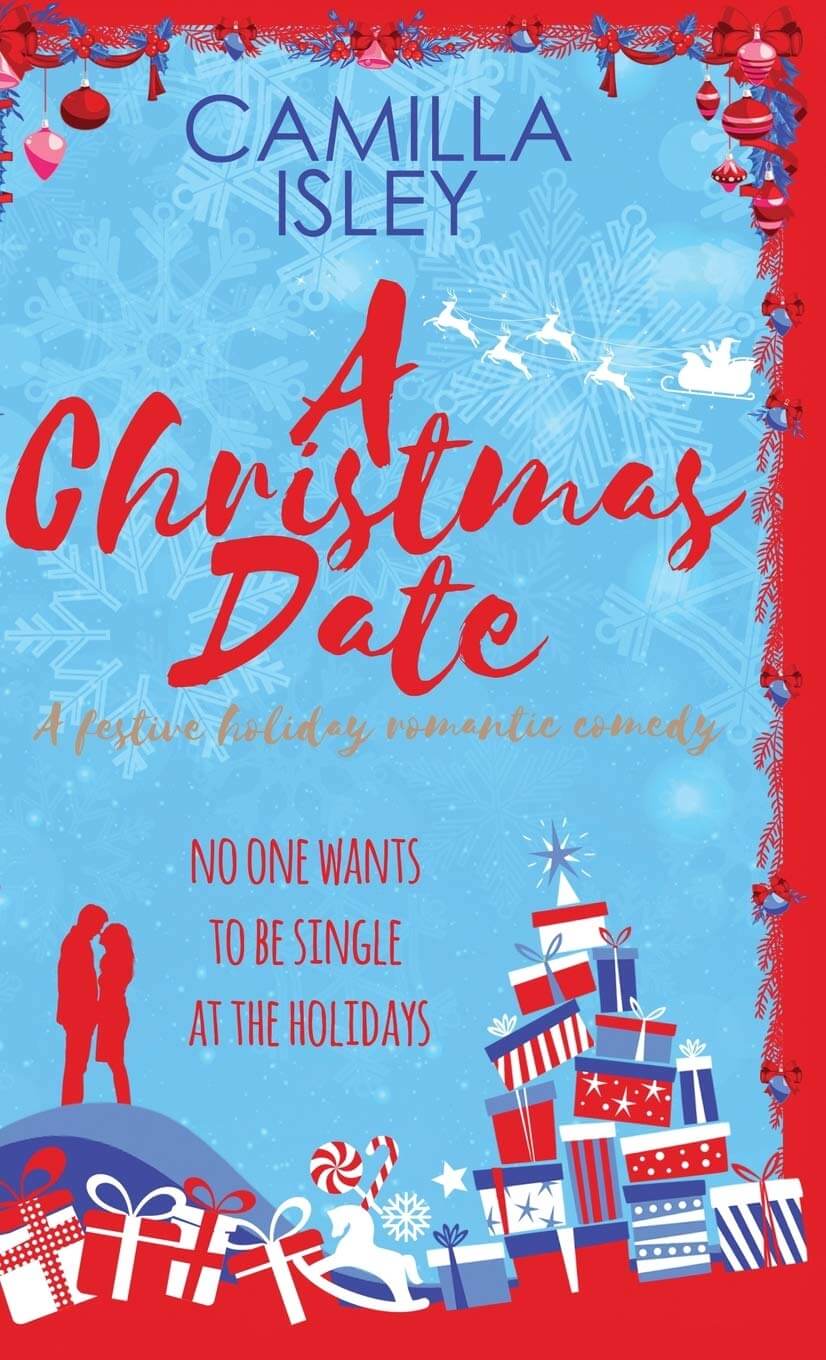 A Christmas Date by Camilla Isley

With her family reunion just around the corner, Nikki is dreading Christmas. The holidays are a terrible time to be a bachelorette, and this season is made even worse by her little sister’s announcement that she’s engaged. And to none other than Paul, the man Nikki has been secretly in love with. Determined to survive this week with her dignity intact, Nikki uses her job as a video producer to hire an actor to play her boyfriend. But what she doesn’t expect is to develop real feelings for her fake beau. Attempting to juggle her overbearing family, her emotions, and her big secret, Nikki is guaranteed a Christmas she will never forget. 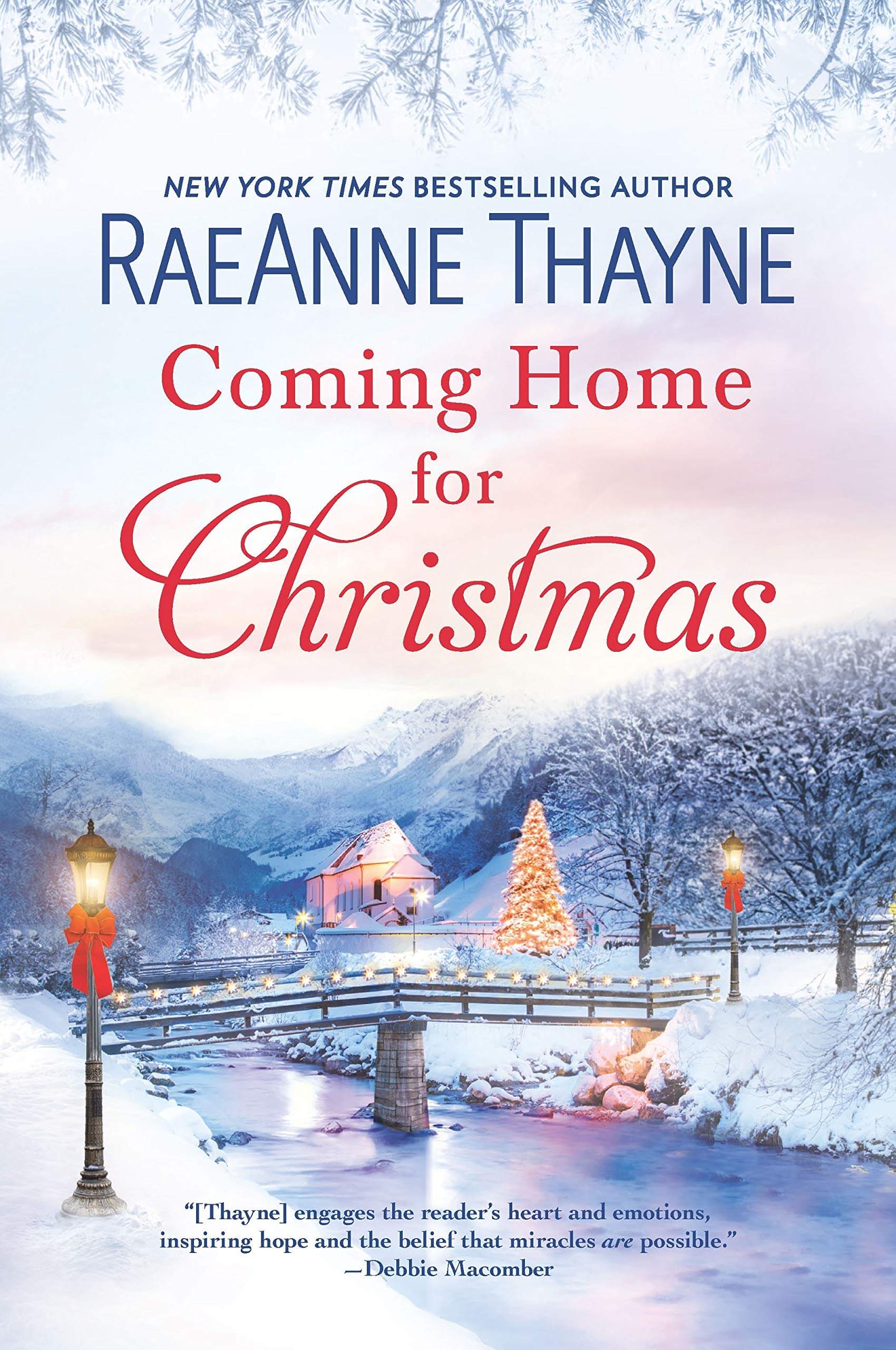 After the death of her parents and the birth of her second child, Elizabeth was caught in a web of postpartum depression and grief. When tragedy strikes again and a car accident leaves her with amnesia, Elizabeth’s life is changed forever. Worried that she’ll never be the same mother to her kids and wife to her husband, she separates herself from her family. But seven years later, Luke finds Elizabeth in a nearby town and is determined to prove to her that the family she loves will always welcome her home. As they participate in Christmas festivities and make new holiday memories, the bond between Elizabeth and Luke grows stronger, leaving them to decide whether the pain of the past can be healed by a new beginning. 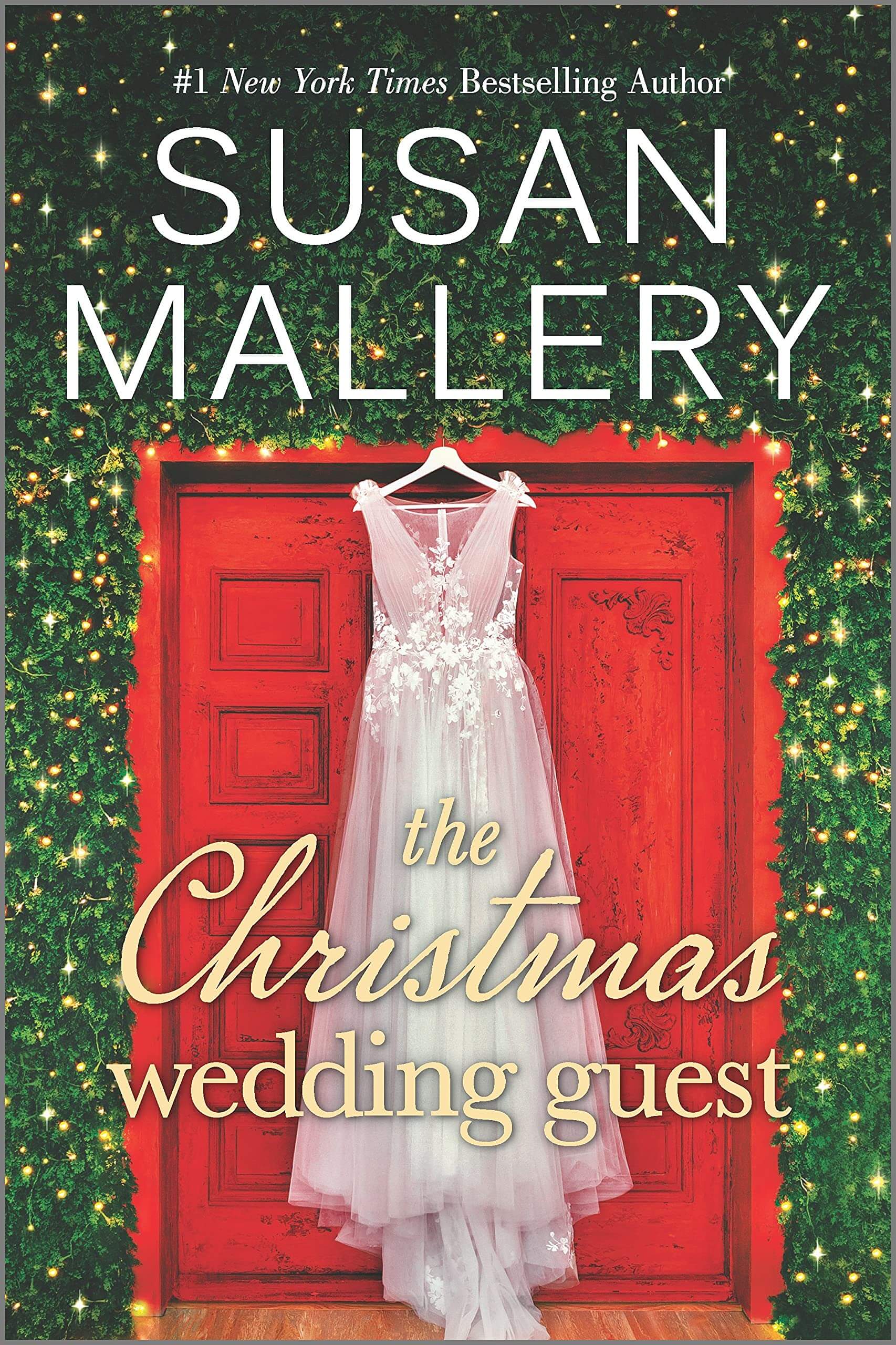 The Somerville sisters have almost given up on finding love, but it appears their luck might change this Christmas season. Dena is pregnant and single when handsome musician Micah checks into a room at her inn. Inspired by Dena’s courage and determination to be a good mother, Micah finally starts writing songs again. But Dena has trouble believing that a rock star could truly fall for a girl like her. Meanwhile, Reggie is returning home after a failed engagement to attend her parents’ vow renewal. While preparing for the wedding, she runs into Toby, her first love, and the connection between them is as strong as ever. Can they forgive each other for past mistakes and start over? As the Christmas wedding approaches, Dena and Reggie discover important truths about themselves and about the greatest gift of all: love. 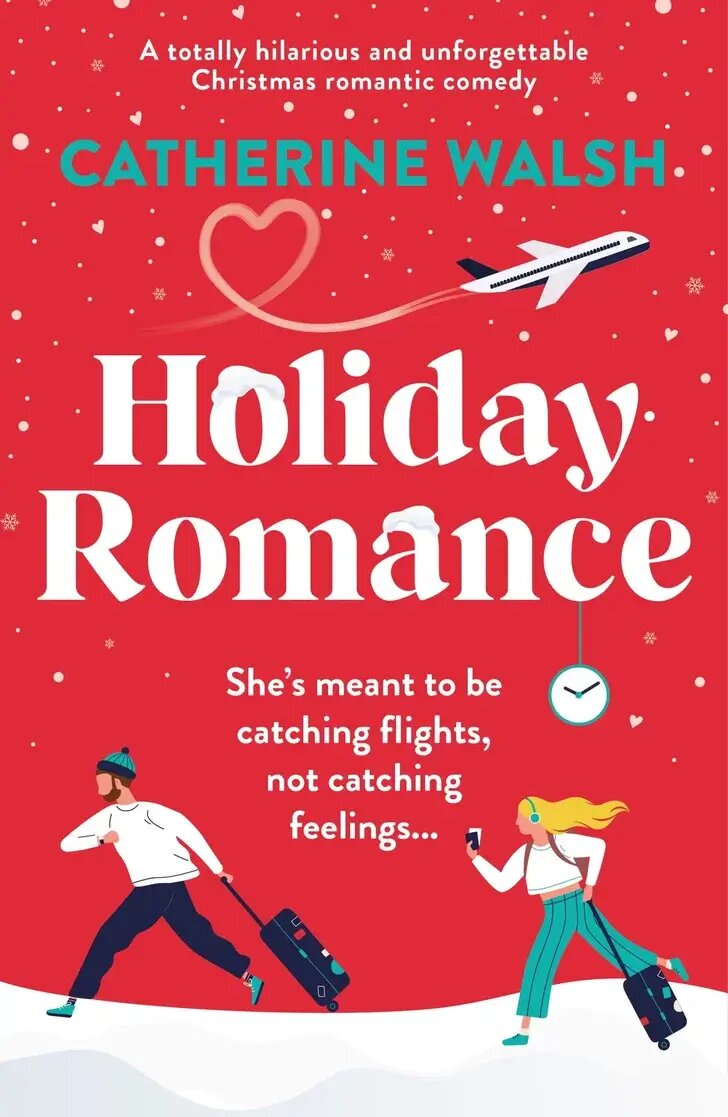 For the last ten years, Molly and Andrew have spent their annual plane ride home from Chicago to Dublin sitting next to each other, drinking bad wine and catching up. And even though Molly isn’t crazy about the holidays like Andrew (one of the many ways in which they are opposites), this tradition has always been special to both of them. So when a snowstorm grounds their flight, Molly creates a plan involving multiple taxis, planes, boats and trains, to make sure Andrew is back in time for his mom’s Christmas dinner. But as the two friends race against time to make it home for the holidays, the universe tests their relationship, and provides a special opportunity for it to blossom into something more. 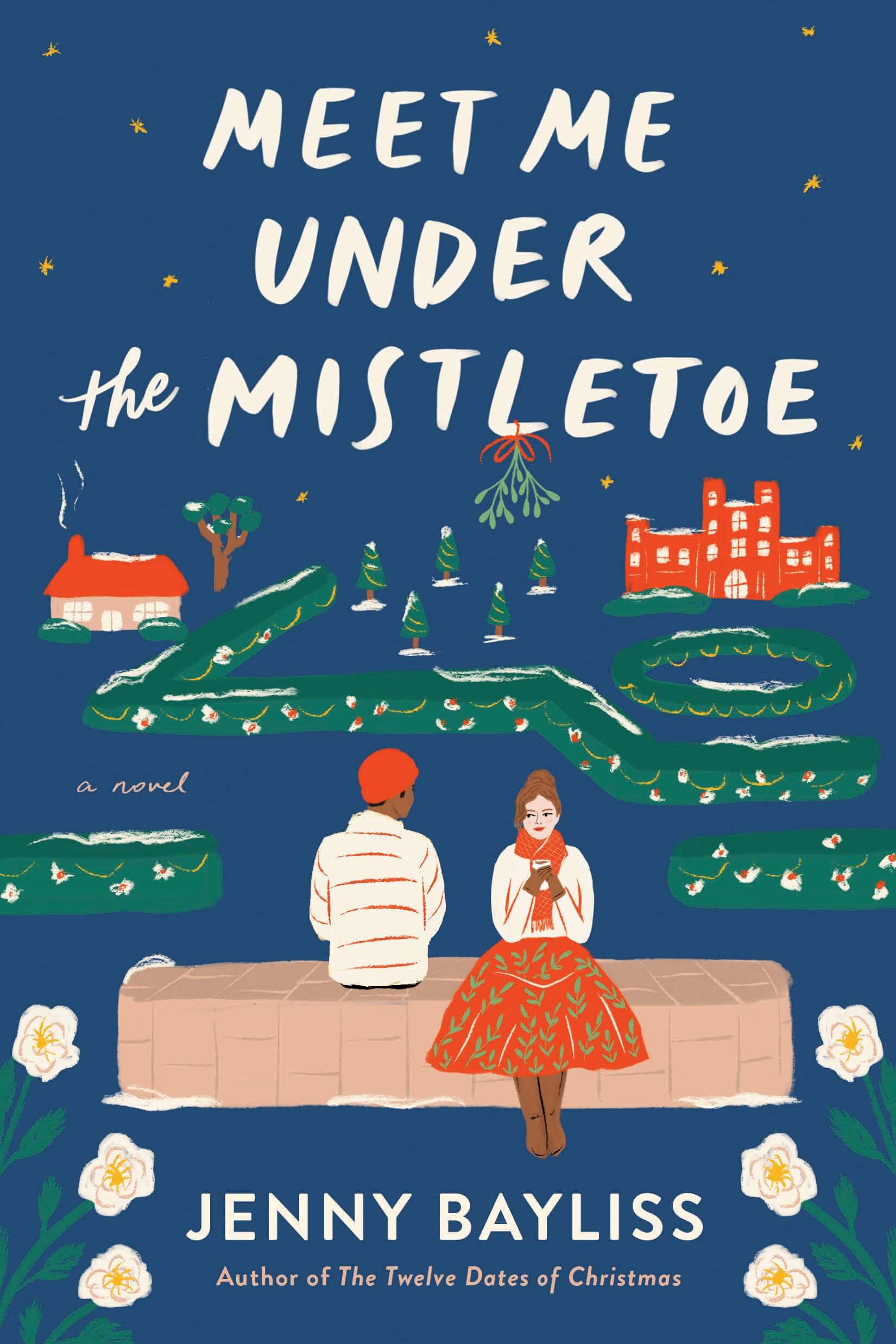 Meet Me Under the Mistletoe by Jenny Bayliss

When bookshop owner Elinor Noel is invited to the holiday wedding of her two closest friends, she can’t decline. But being reunited with all of her upper-class friends at the castle near their old private school brings up complicated feelings—especially as she tries to avoid a former fling. When she runs into Isaac, the castle’s gardener, their connection is undeniable, and soon Elinor finds herself falling for the boy who was once her enemy. Torn between her working-class upbringing and the extravagant lifestyles of her old friends, Elinor must decide where she belongs, and how her feelings for Isaac will fit into the life she chooses. 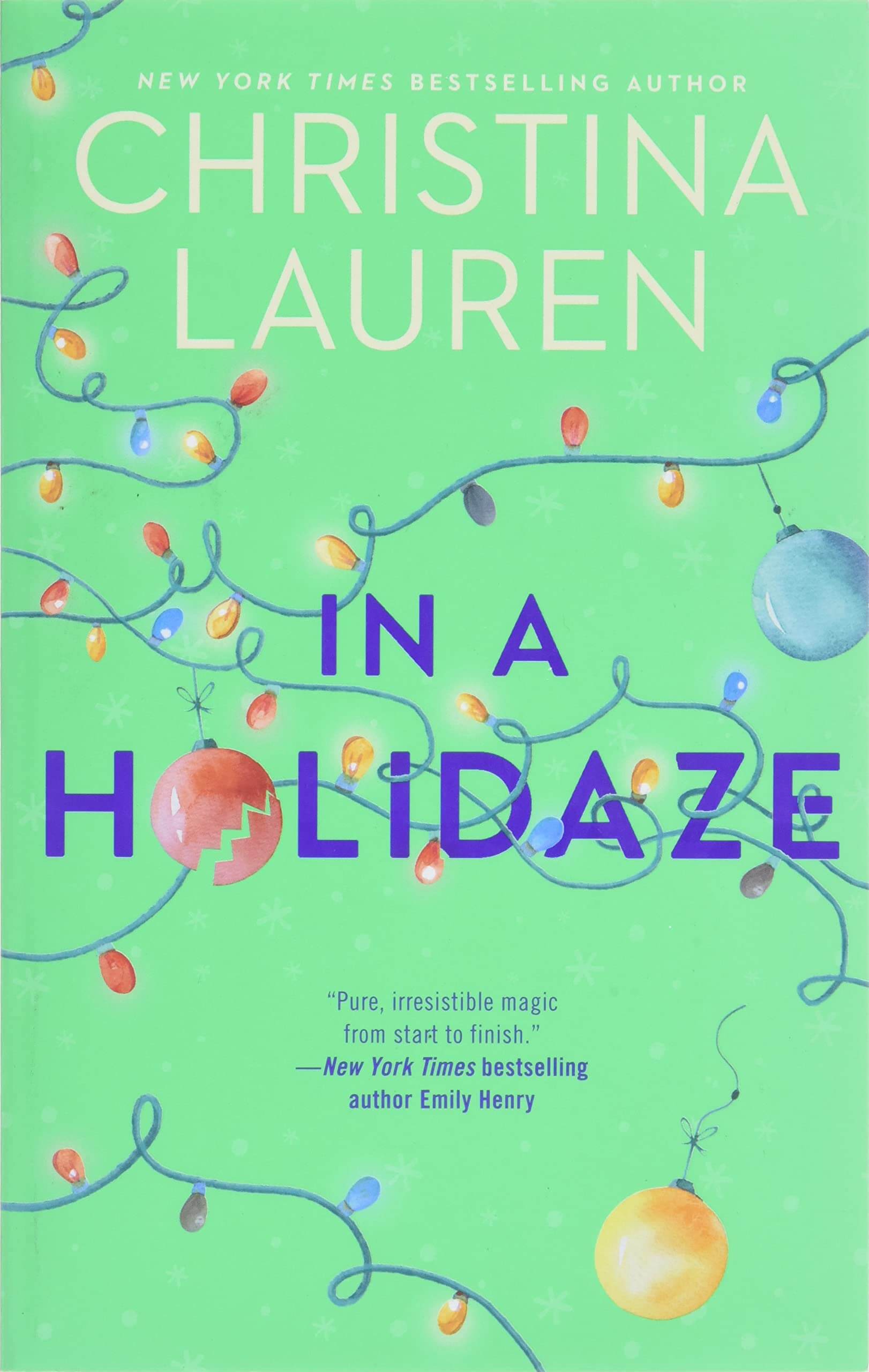 In a Holidaze by Christina Lauren

For Maelyn Jones, this holiday season is anything but merry. She’s living with her parents, hates her job, and her love life is a disaster. Worst of all, this Christmas will be the last one she spends at her family’s cozy Utah cabin, a place that has always felt like home to her. As the holidays come to an end and she drives away from the cabin one last time, she begs the universe to help her find happiness—and then gets into a car accident. When she wakes, she’s back on an airplane heading to Utah, starting the same holiday from the beginning. As she relives the holiday over and over again, Mae must figure out how to break free of the time loop: the key to which is discovering what truly makes her happy.