When you bring thriller and fantasy together, you get to indulge in a story that is both outrageous, as well as a nail-biter. From shapeshifters to exiled princesses and family drama to demons, these books have it all. We’ve rounded up ten stories that will entertain the imagination but still leave you on the edge of your seat. 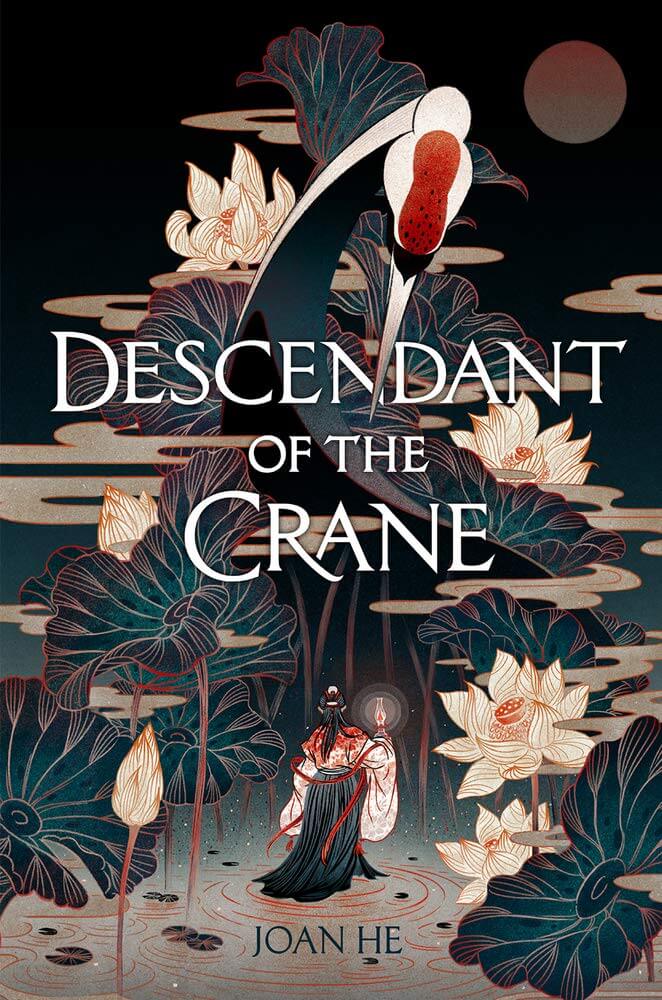 Descendant of the Crane by Joan He

Princess Hesina of Yan has always flown under the radar, but when her father is suddenly murdered and she’s catapulted into power, she can no longer sit back and be complacent. On a mission to find who did this, she seeks the help of a soothsayer, which is punishable by death. Beyond that, she is unsure if she can even trust her family, so she asks for help from Akira, an investigator who has a shady past himself. With everything on the line, Hesina must find out the truth, before she is the next one on the chopping block. 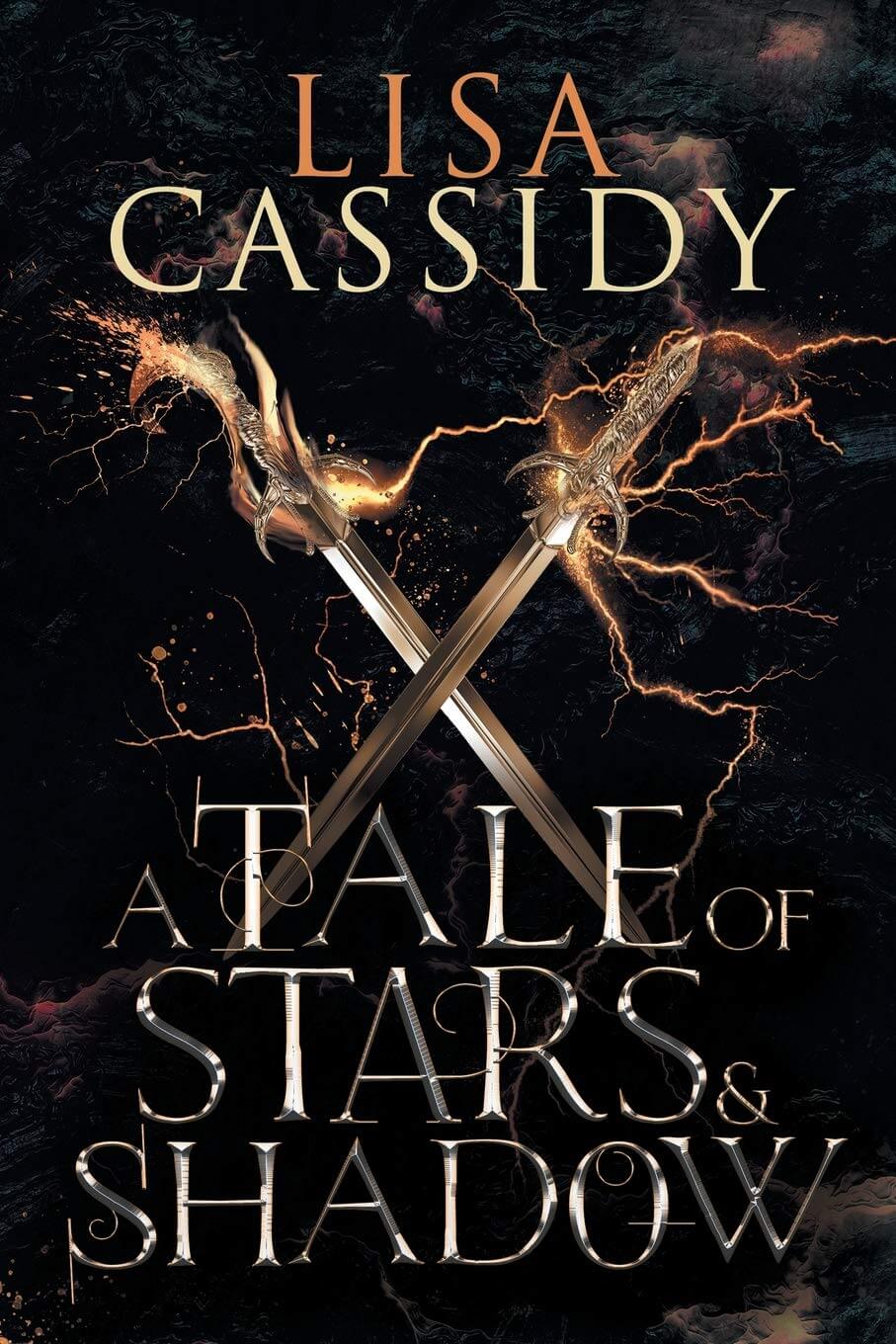 A Tale of Stars and Shadow by Lisa Cassidy

Warrior princess Talyn was invincible. She was strong on her own, but with her partner Callanan, she was unstoppable. So when Callanan is taken from her, she is devastated, and depleted of the self-confidence that she used to have. Maybe an unexpected mission to Mithranar is just what she needs to get her groove back. Forced to face the winged folk rules as well as the Shadohawk, Talyn is up for the challenge. But her arrival shakes things up and creates an upheaval. With so many players in the game, it’s hard to know who to trust, especially when a mysterious foe is lurking in the shadows. 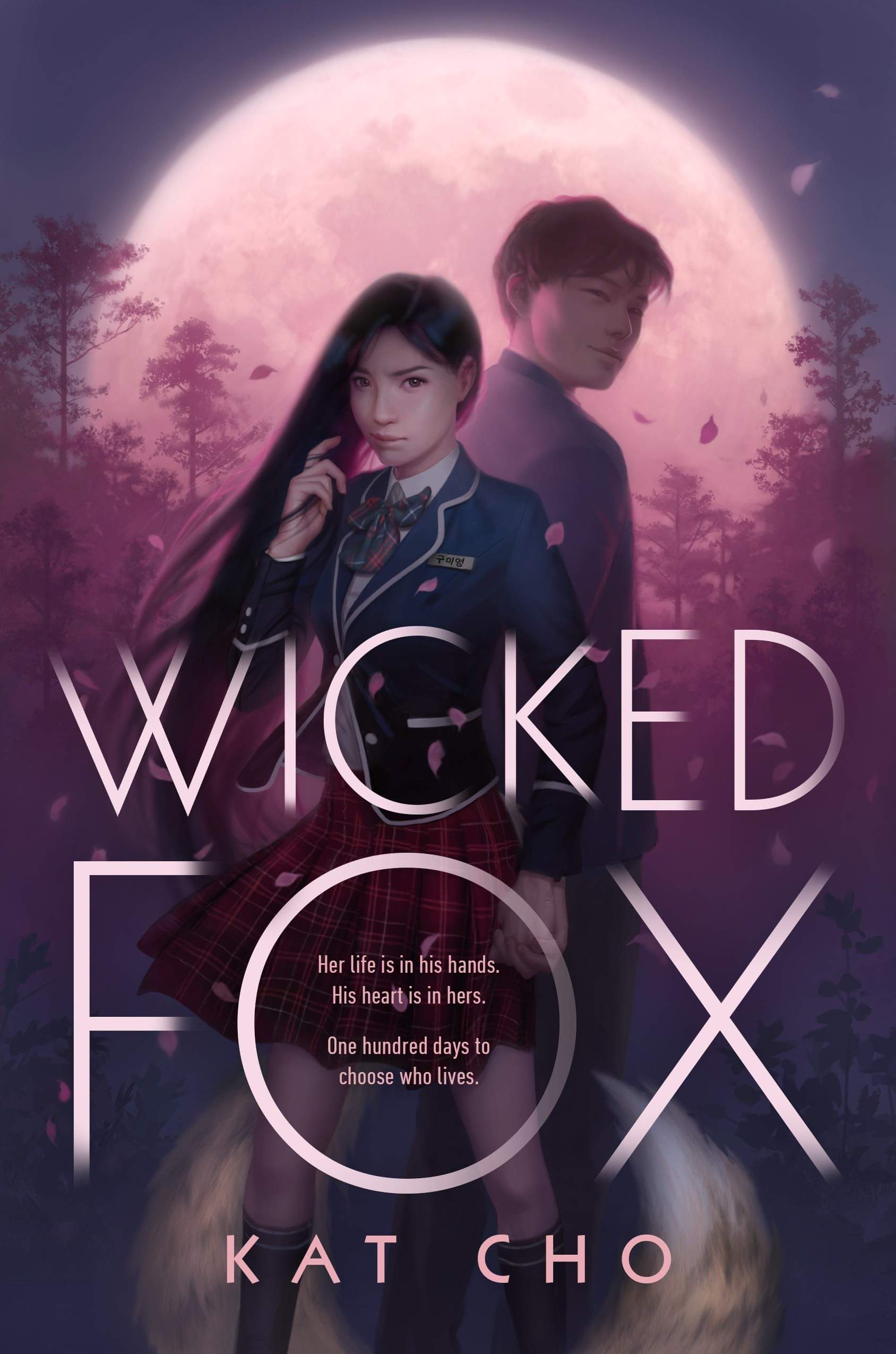 Eighteen-year-old Gu Miyoung is not your average girl; she’s a gumiho, which is a nine-tailed fox who has to kill men so that she can stay alive. In the city of Seoul, Miyoung can blend right in, as most people don’t believe in her existence and there are many places for her to hunt then hide. But everything changes one night when she saves a boy named Jihoon from being devoured by a goblin. The consequences for her actions are severe and she immediately loses her gumiho soul. To get it back, Miyoung will have to make another choice that could cost her or Jihoon their immortal lives. 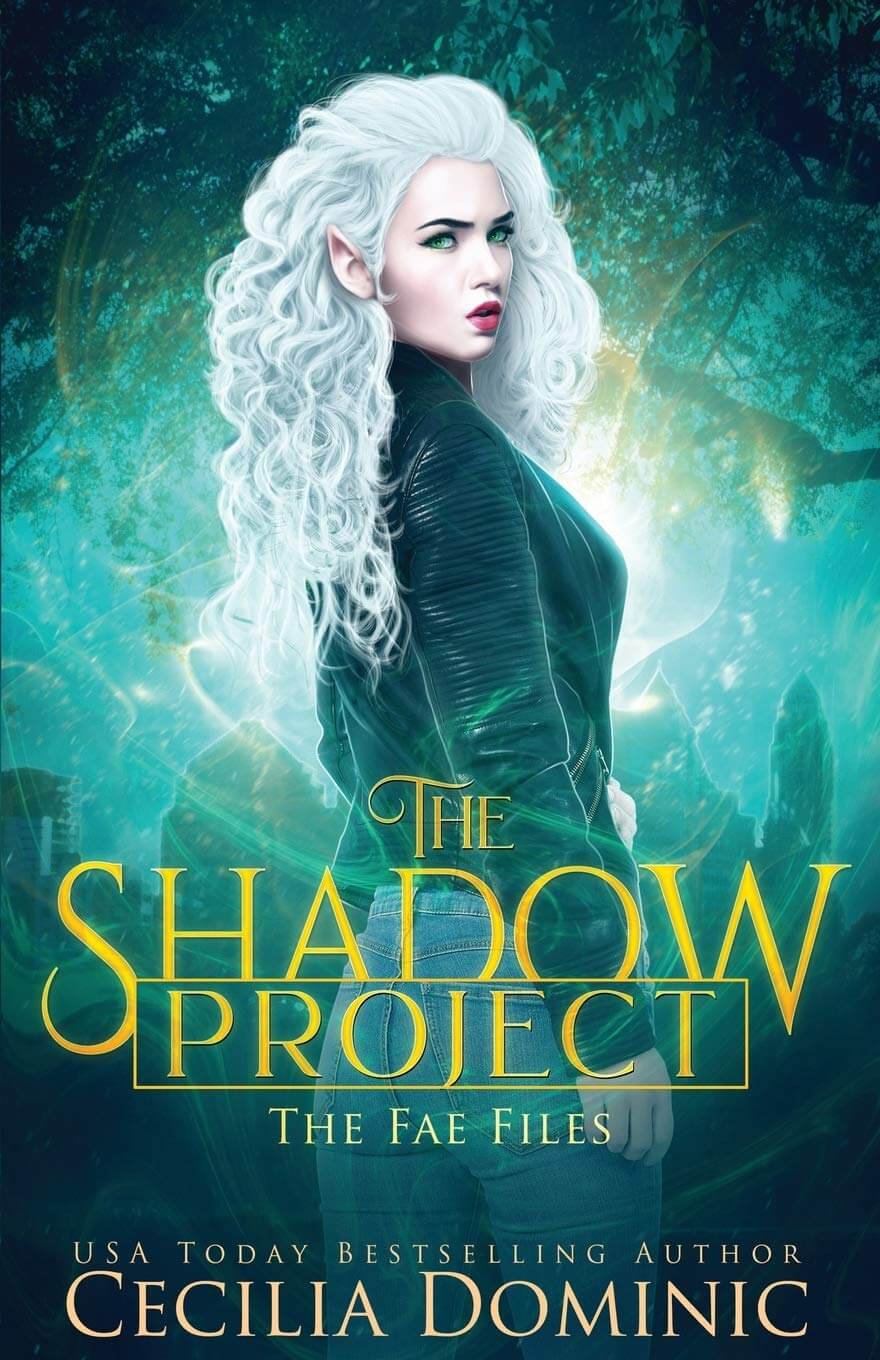 The Shadow Project by Cecilia Dominic

Even though Fae princess Reine dreams about returning home to Faerie, she knows that’s not a possibility since her exile, and she’s gotten used to life here on Earth. But when her mom proposes a deal that would allow Reine to return, she has a feeling it’s too good to be true since her mother is always scheming behind the scenes. On that same day, Reine is taken by an invisible shapeshifter, and she can’t help but wonder if her mom is behind it. With time running out, she must figure out what all of this means before she misses out on her chance to return home once and for all. 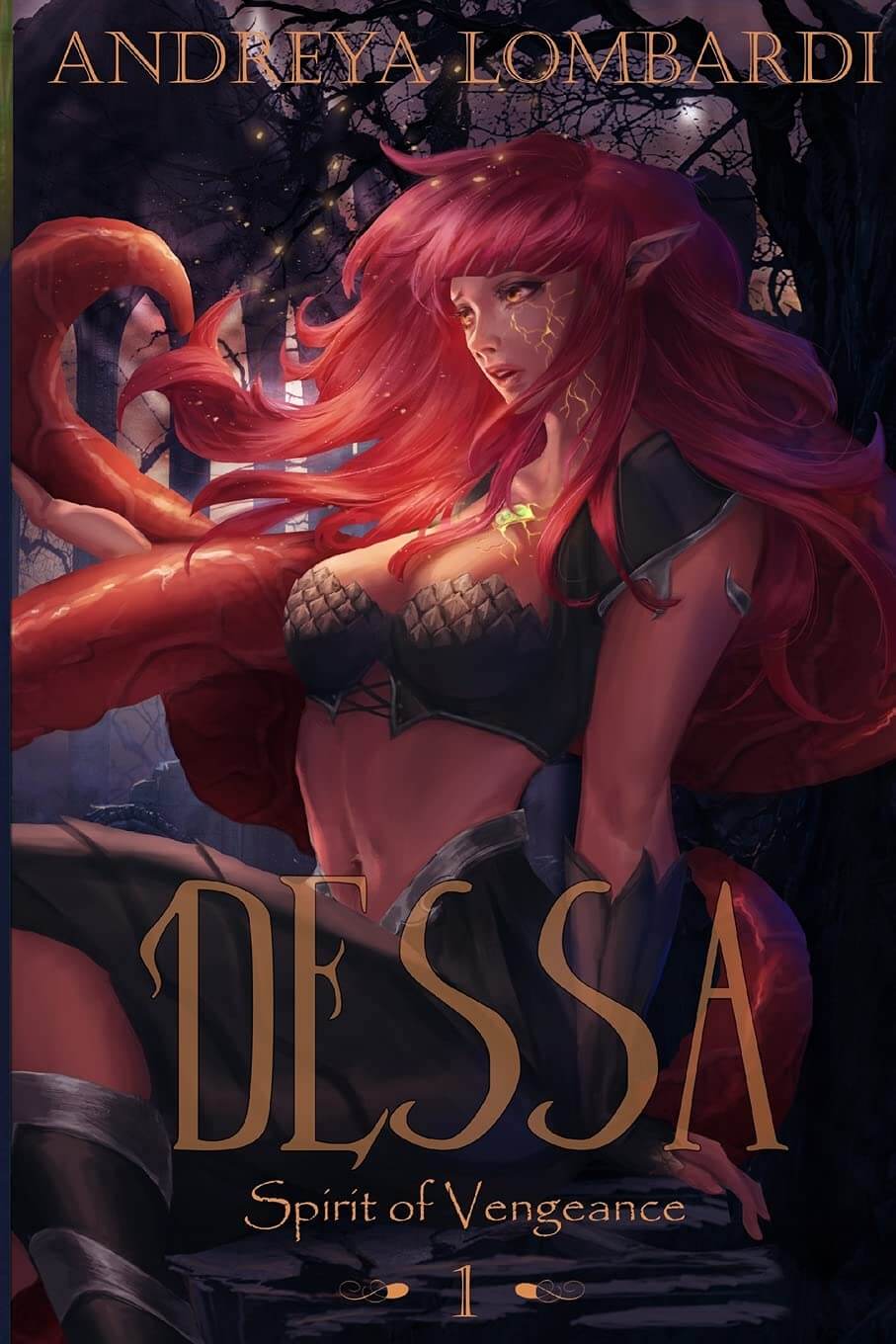 Life in Louxven is hardly enjoyable, with military patrolling every corner and a strict town curfew. Wanting a better life, Cabil chose to join the military, but little did he know that he would be preparing to fight demons. When the king ignores the demonic rising, Cabil is ready to fight, unaware that he is the kingdom’s number one target. When Cabil’s sister Syreene catches wind of what’s happening, she knows she must step in to save the only family member she has left. She soon realizes she might be in over her head, and now she has to work just as hard to save her own. 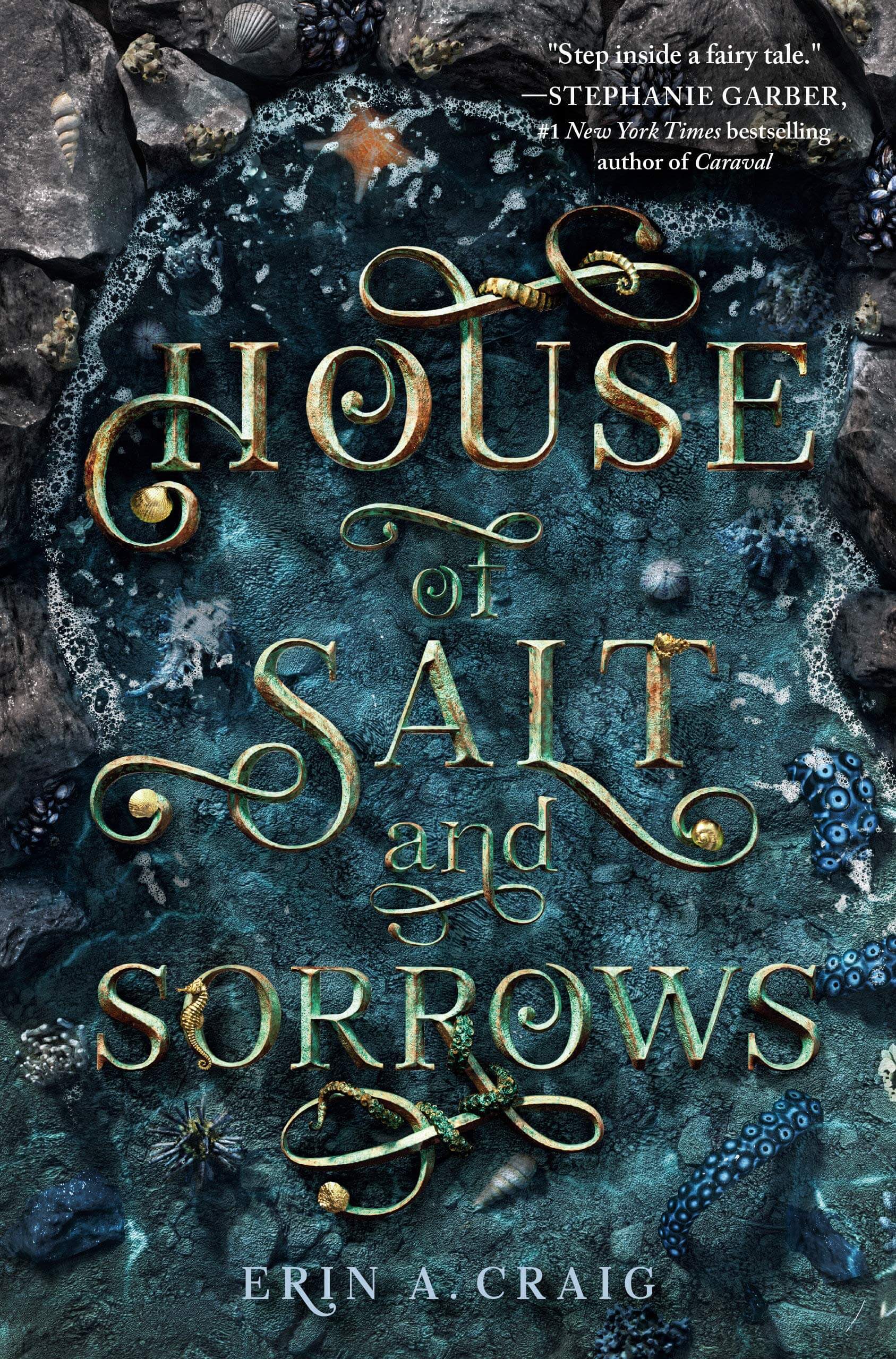 House of Salt and Sorrows by Erin A. Craig

Annaleigh was one of twelve sisters, living with their father and stepmother. But through the years, four of her sisters were tragically killed, all in different freak accidents. With all of the untimely death, the community started to think that the family must be cursed. So when Annaleigh finds herself seeing ghostly visions, she begins to wonder if people are right and if her sisters’ deaths were not accidental. Unbothered, her other sisters spend nights out, dancing, and carefree, but Annaleigh doesn’t trust the company they keep. She’s determined to get to the bottom of it before another life is cut short. 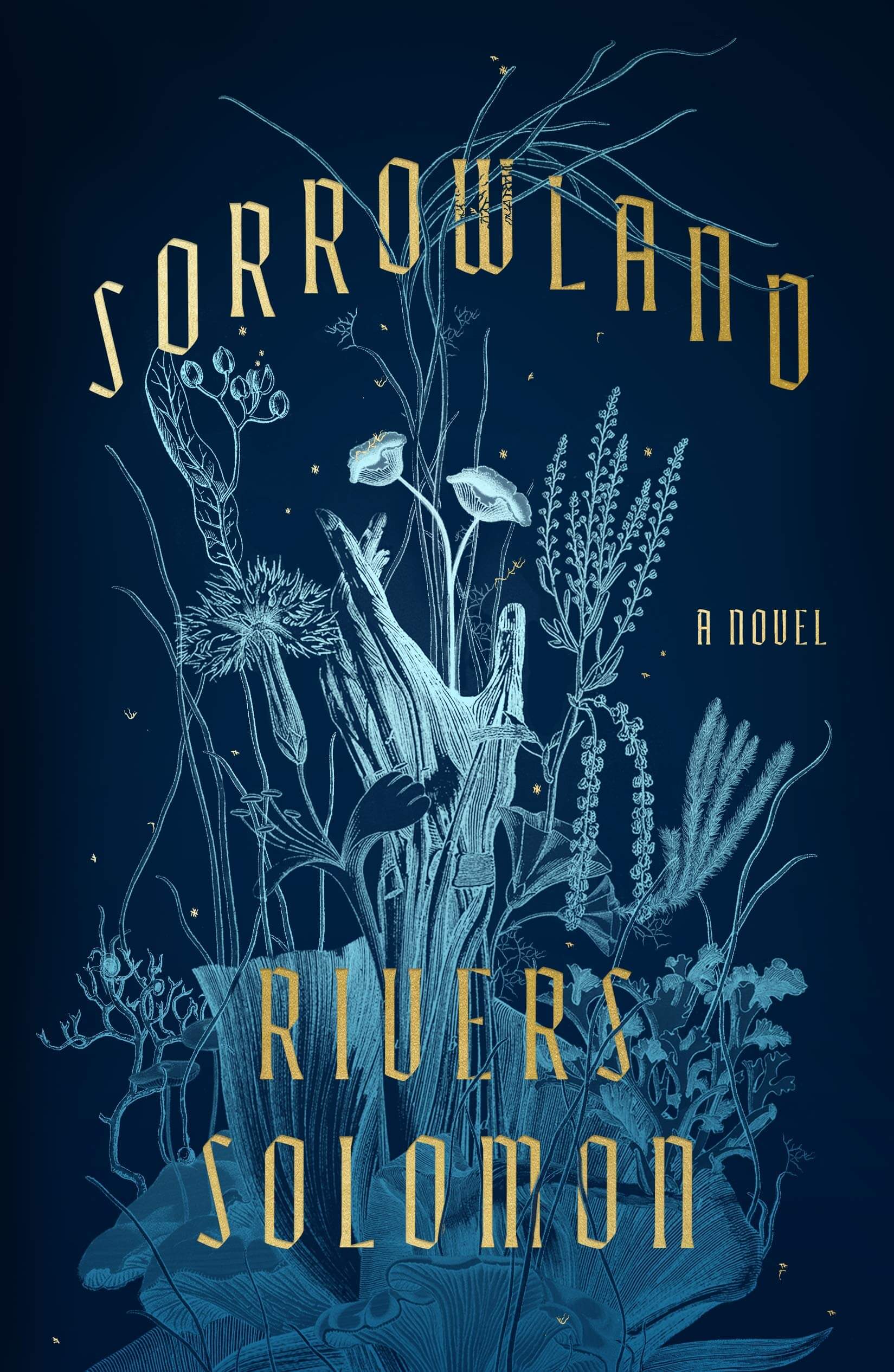 Vern is just two months shy of giving birth and can’t bear the thought of raising her baby in the rigid religious compound that she was born into. With no other choice, she escapes into the woods and soon thereafter becomes a mom to twins. Determined to stay deep in the forest, Vern thinks she is safe, but quickly realizes that she is being hunted down by the community that she escaped from. Suddenly overcome with inexplicable powers, Vern feels like a stranger in her own body, and the only way to face her future is to uncover the secrets to reconcile her past. 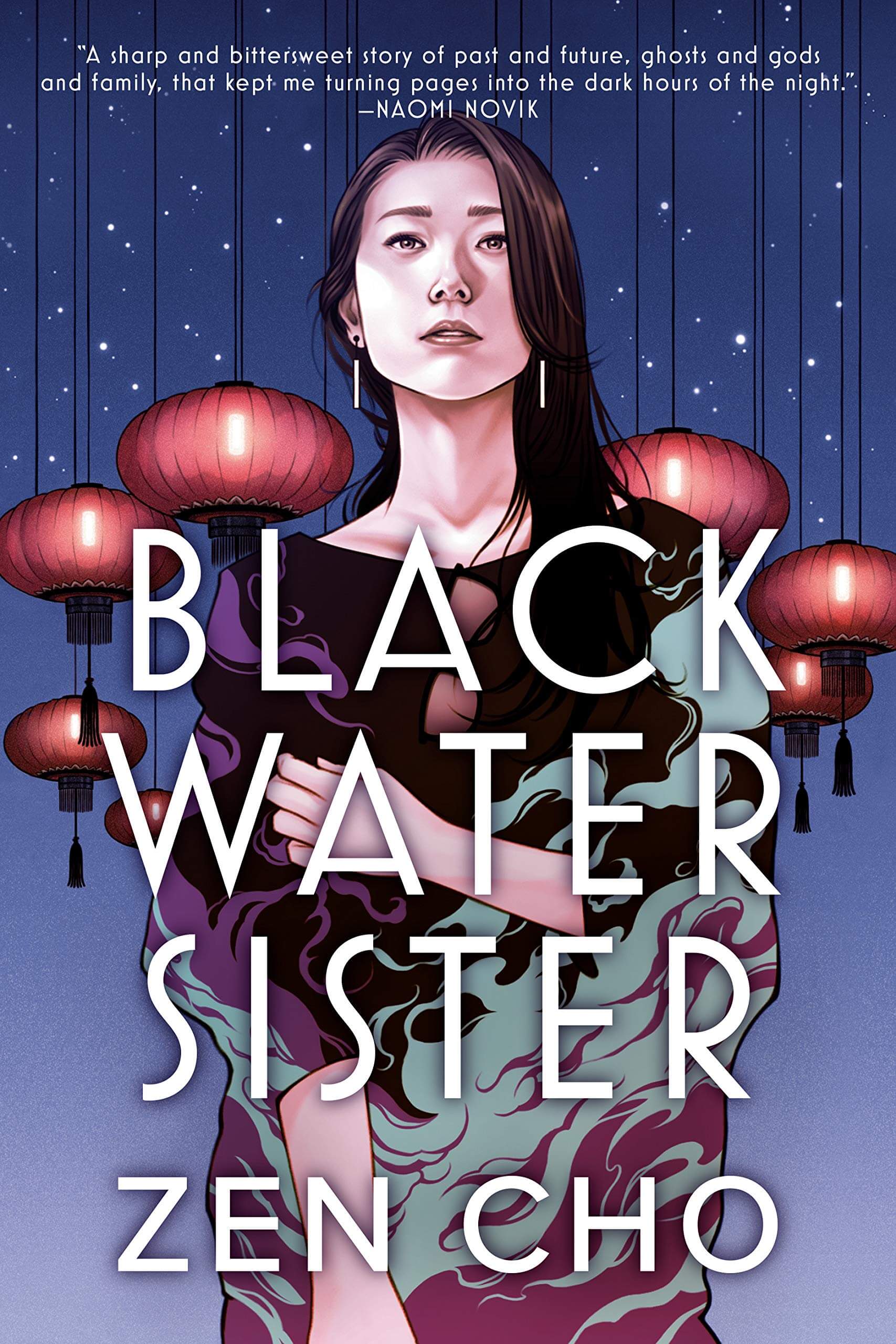 Jessamyn Teoh is down on her luck when she starts hearing voices in her head and assumes it’s just stress getting to her. But when the voice doesn’t go away, she realizes it’s the ghost of her estranged grandma, Ah Ma. She lived her life as an avatar of the Black Water Sister deity and roamed the earth as a spirit medium. Now she wants to use Jess to get even with someone whether she likes it or not. She soon finds out that dealings in the spirit world can be dangerous and working for her grandma is just as challenging. If Jess can’t get control, she might be the next one that the Black Water sister goes after. 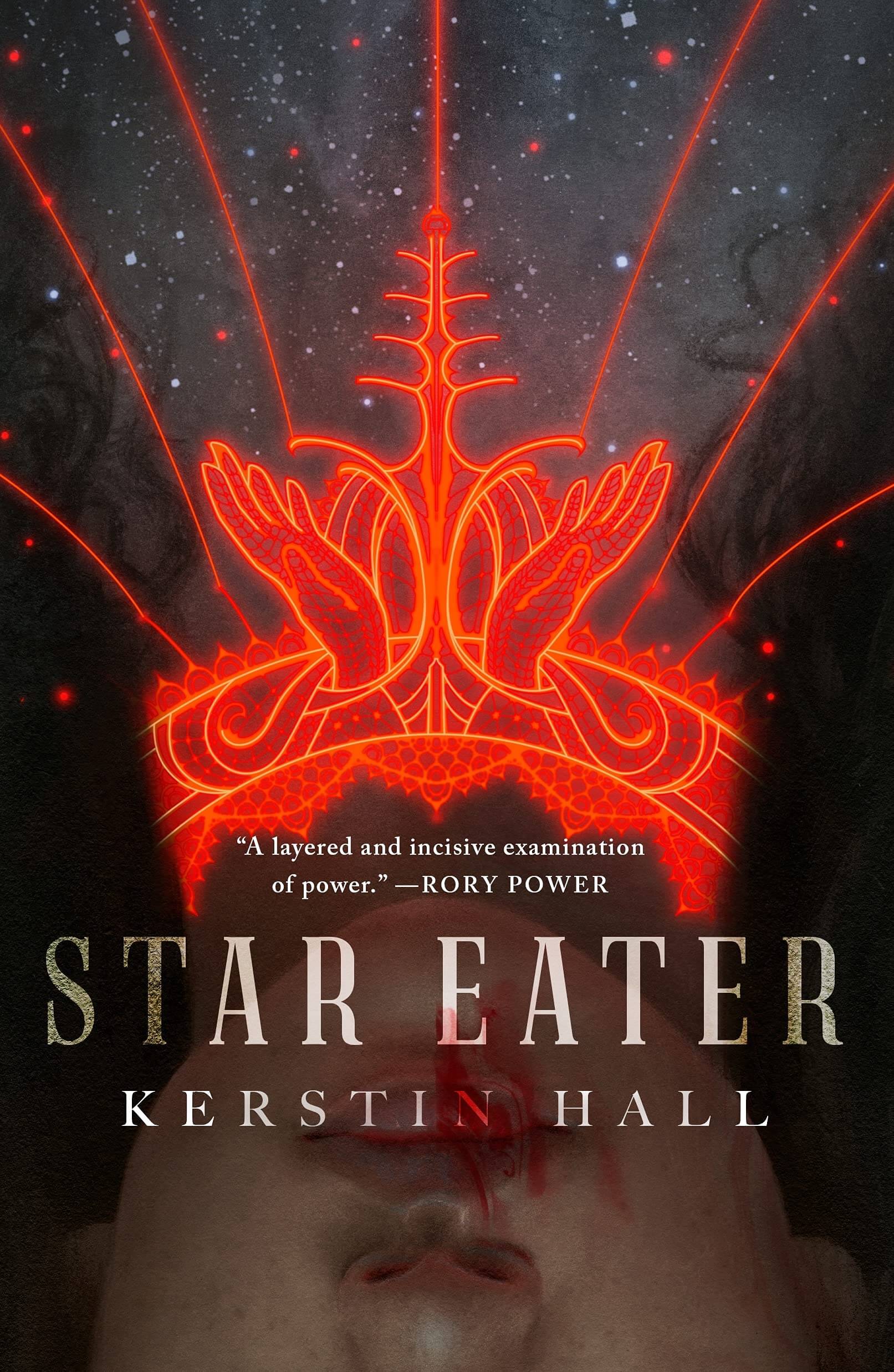 Elfreda Raughn feels trapped within the confines of the Sisterhood of Aytrium but does her best to simply make it through the day. But the thought of becoming pregnant and preserving the sisterhood is too much for her to bear. With such a deep desire to find freedom, she doesn’t even think twice when a shadowy figure approaches her and offers an escape. What she doesn’t know is that this woman is a spy and has ulterior motives to penetrate the sisterhood and steal all of their secrets. Elfreda’s terrifying journey tells a tale of trust, betrayal, and magnifies the decisions some must make in order to survive. 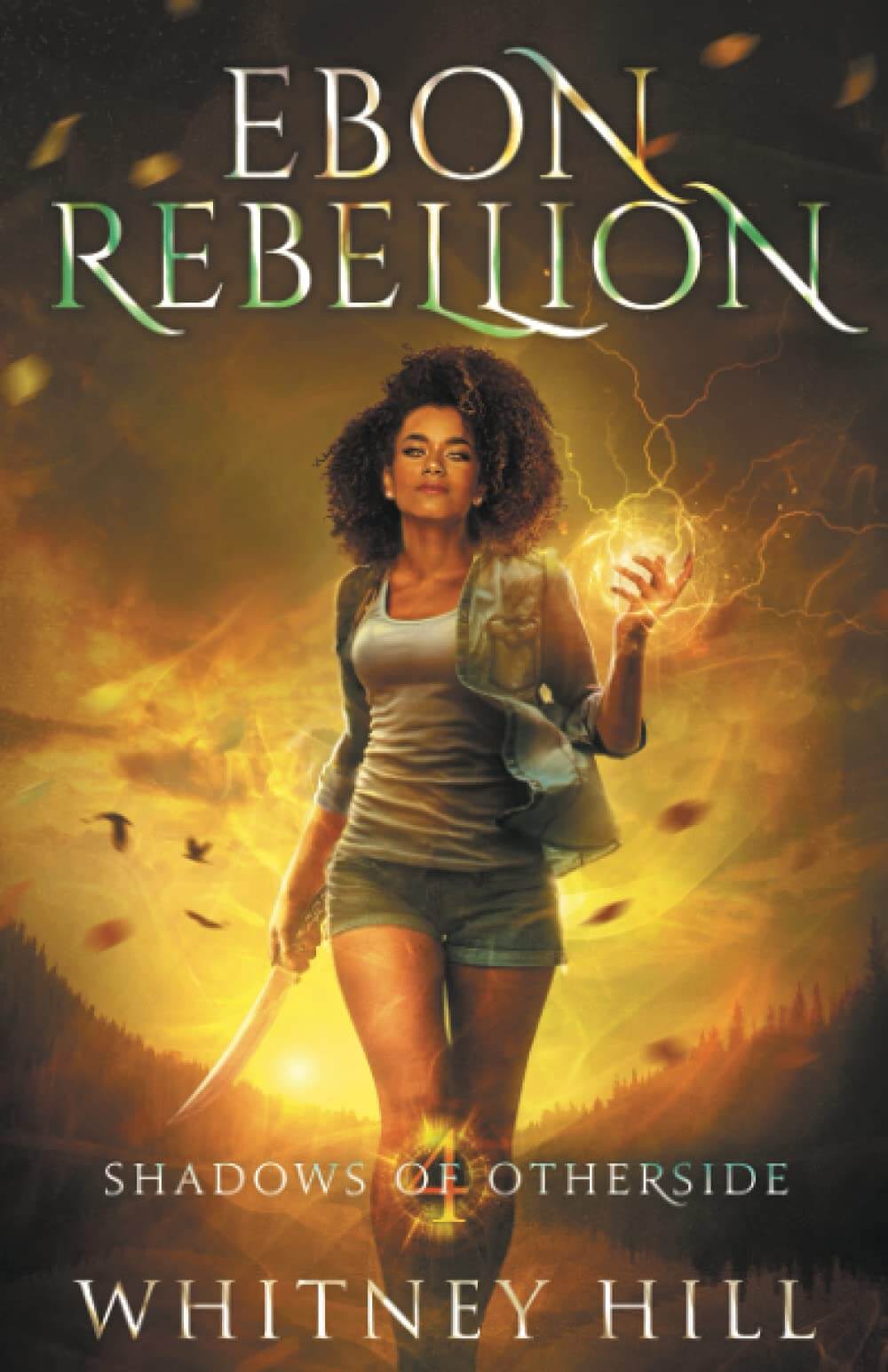 North Carolina’s Otherside community is now home to Arden Finch, but not everyone is rolling out the welcome mat for her. The elves refuse to let an elemental rule as Arbiter and won’t stop until they take her down. If that wasn’t enough for Arden to deal with, an old flame has returned to town to make matters even more complicated. With the Darkwatch on her tail, she is now faced with some tough decisions about her relationships, and more importantly, her powers. When it’s Arden against the world, the battle of survival is sure to be a wild ride that won’t guarantee a ticket back home.