Everyone loves a good scare once in a while, and if you’re counting down the days to Halloween, this list will hold you over until October. Thrillers historically don’t have a lot of queer representation, so we’ve compiled a list that brings LGBTQA+ characters to the forefront of one of our favorite genres. Whether you’re looking for suspense, drama, or nail-biting action, these stories will make you want to sleep with the lights on! 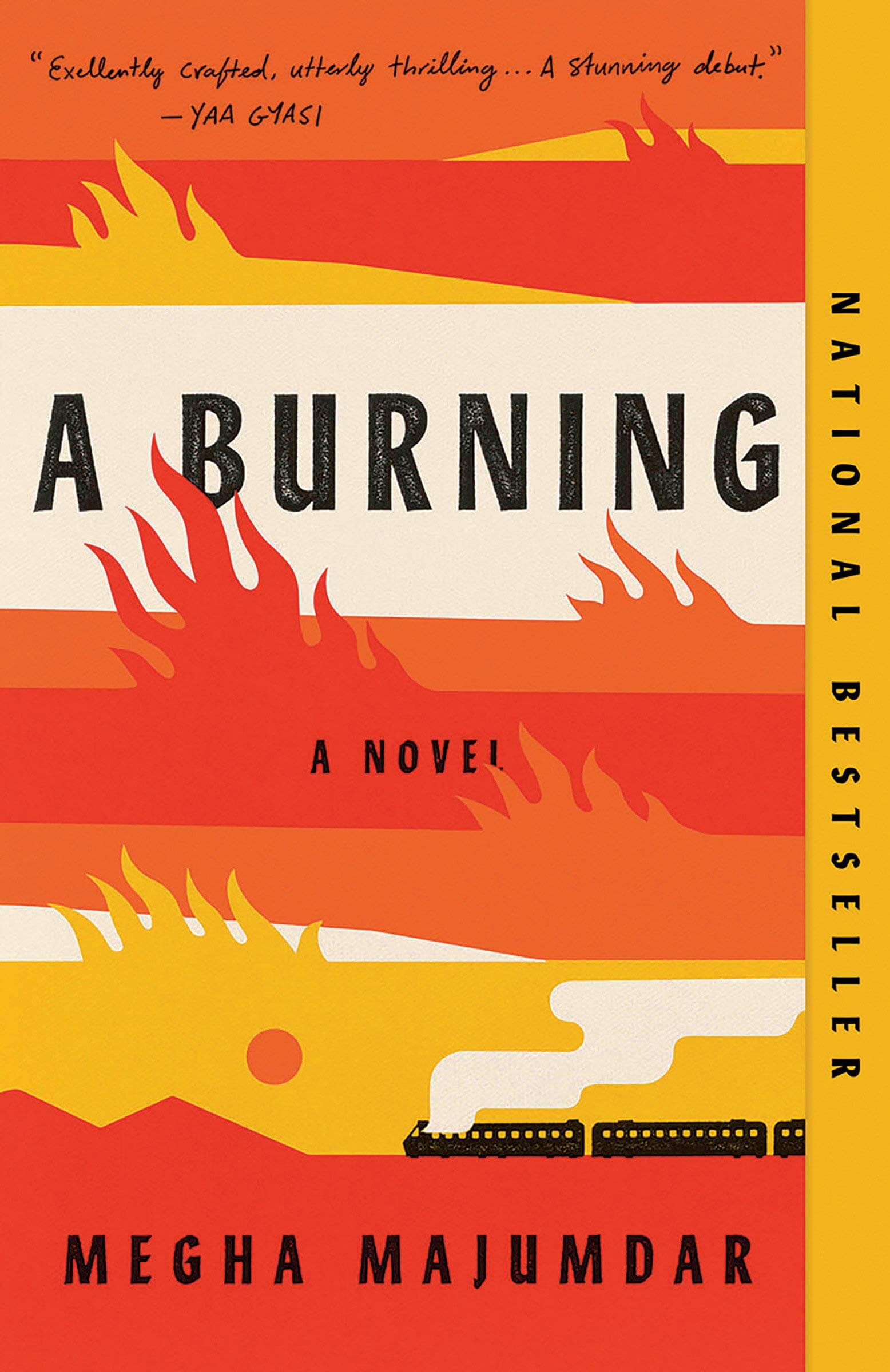 A Burning by Megha Majumdar

As a Muslim girl who grew up in the slums, Jivan has resolved to not let her past define her and make a better future for herself. However, when a seemingly insignificant remark is made on social media, the tables turn, and she becomes the lead suspect involving an alleged revenge attack on a train. It doesn’t help that scorned gym teacher PT Sir seems to corroborate the story. Just when Jivan is about to lose all hope, a girl named Lovely presents an alibi that will clear her name, but not without tarnishing her own. 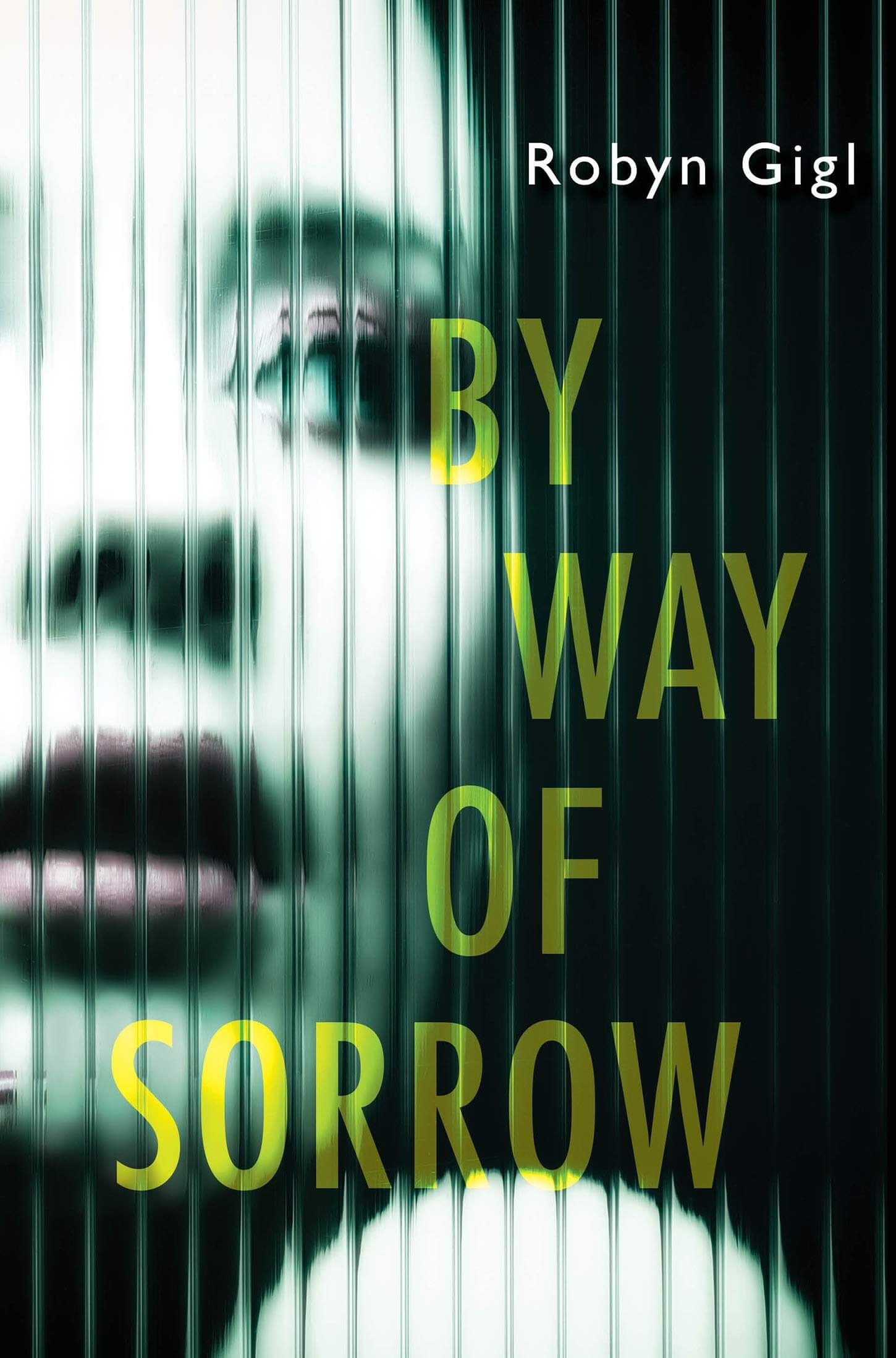 By Way of Sorrow by Robyn Gigl

Nineteen-year-old transgender Sharise Barnes has been arrested for murdering a Senator and if convicted, could face the death penalty. Erin McCabe has been assigned to work on the case and believes that Sharise was acting in self-defense. However, defending her means that people might find out that she is also transgender, and it could harm her already complicated life. As Erin continues to comb through evidence with her FBI partner, she realizes that there is much more to the story, including bone-chilling secrets that have the potential to destroy many more lives. 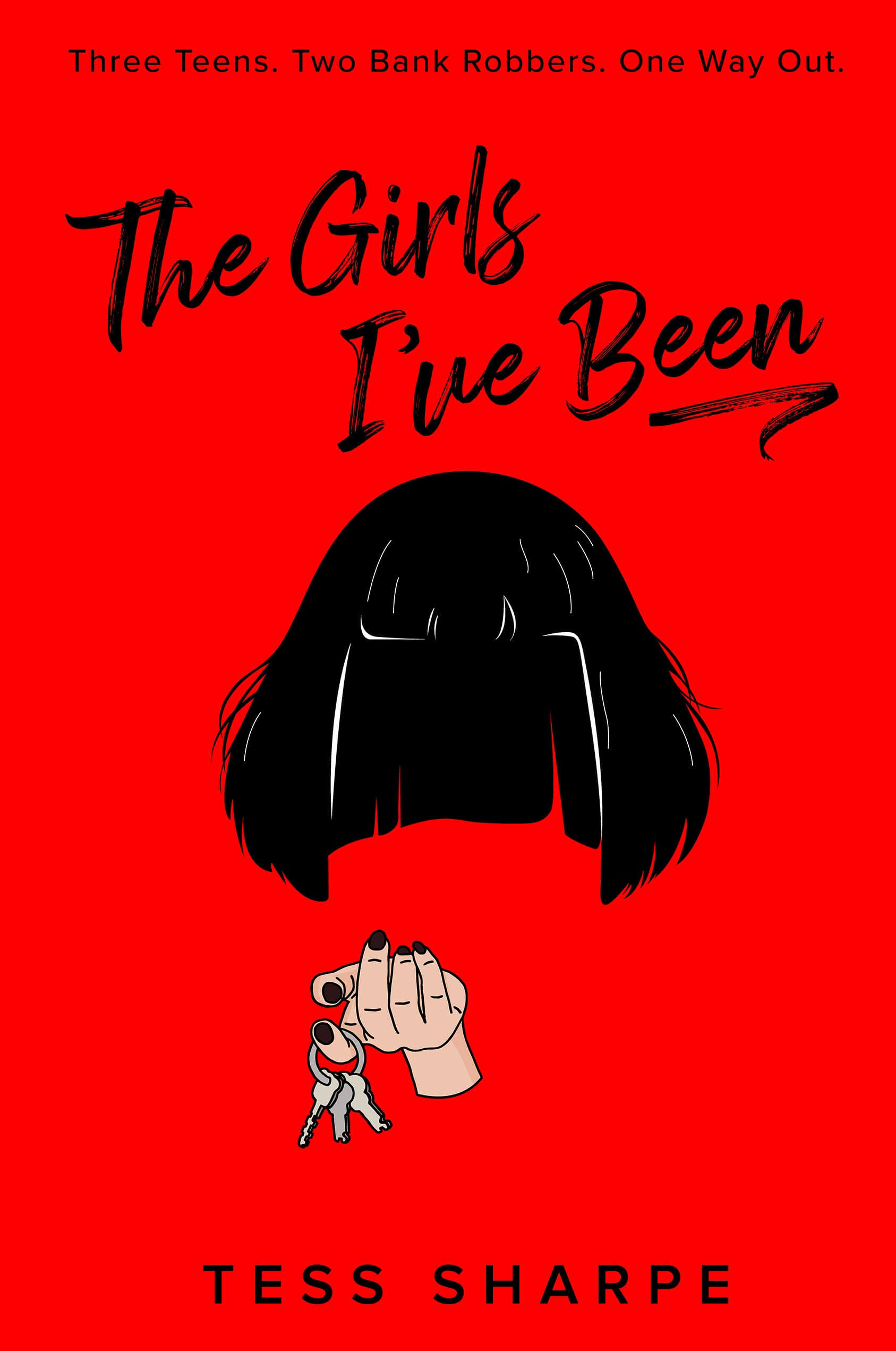 The Girls I’ve Been by Tess Sharpe

Nora O’Malley has lived her life as a chameleon, constantly changing her identity to keep up with her con-artist mother’s penchant for men who liked to break the law. One day, Nora decided to break free and never look back, but the past always comes back to play tricks. When her ex-boyfriend catches her making out with Iris, Wes is completely blindsided. So, the next morning when the three of them meet at the bank to make a fundraiser deposit, it’s awkward to say the least. But when the bank gets robbed while they are there, both Iris and Wes are in for a sinister surprise when Nora’s true self emerges. 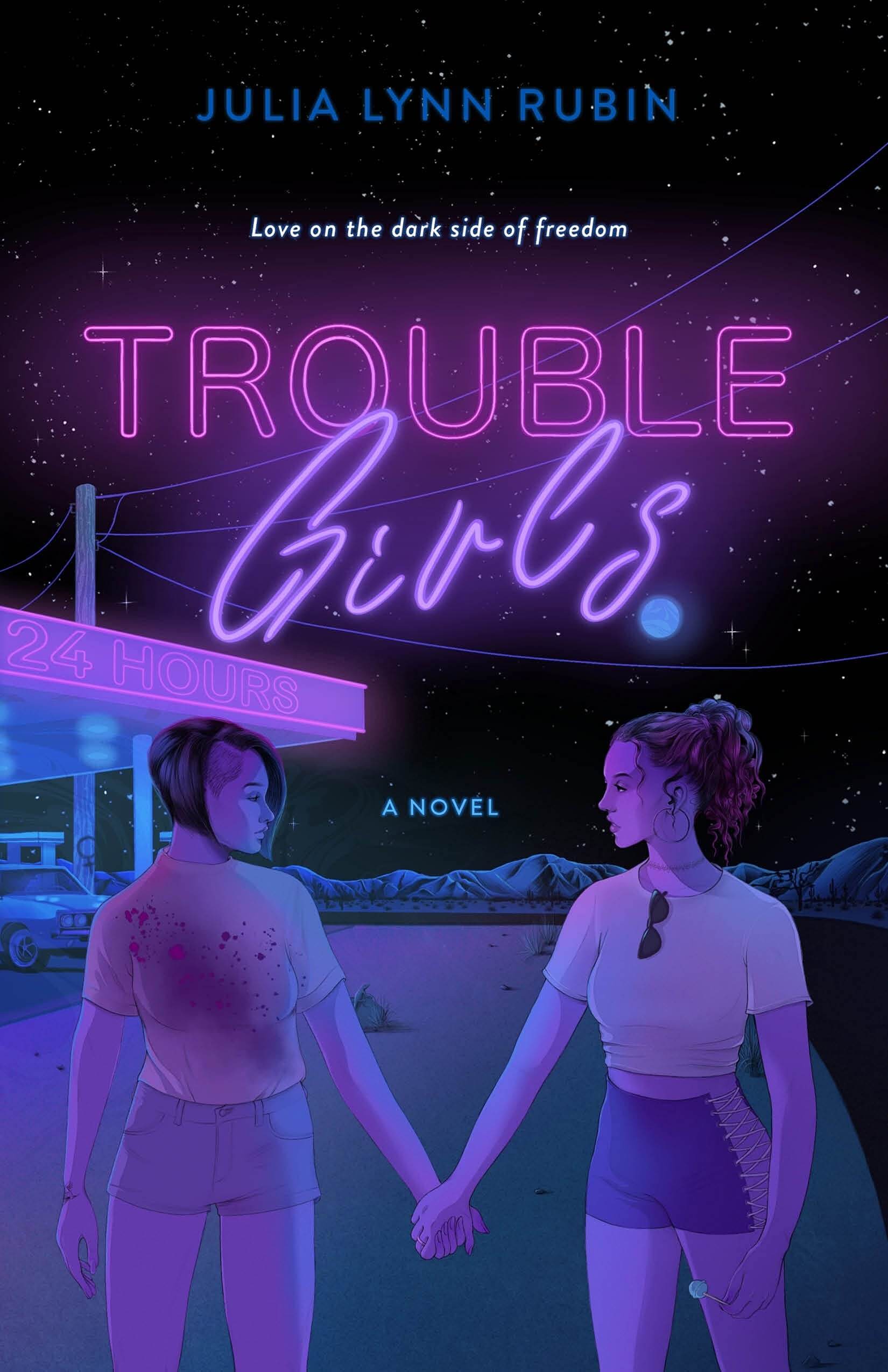 High schoolers Lux and Trixie are looking forward to getting away for the weekend to add some excitement to their boring lives. Trixie packs a knife with her, just in case, but little did she know that she’d have to use it. When things go horribly wrong and a night of violence ensues, the girls go from being basic teenagers to wanted fugitives. In an effort to outsmart the media and police, Lux and Trixie go on the run, with a limited supply of food, money and shelter. Every choice they make along the way has a consequence—but the love that they have for each other might be what saves their lives. 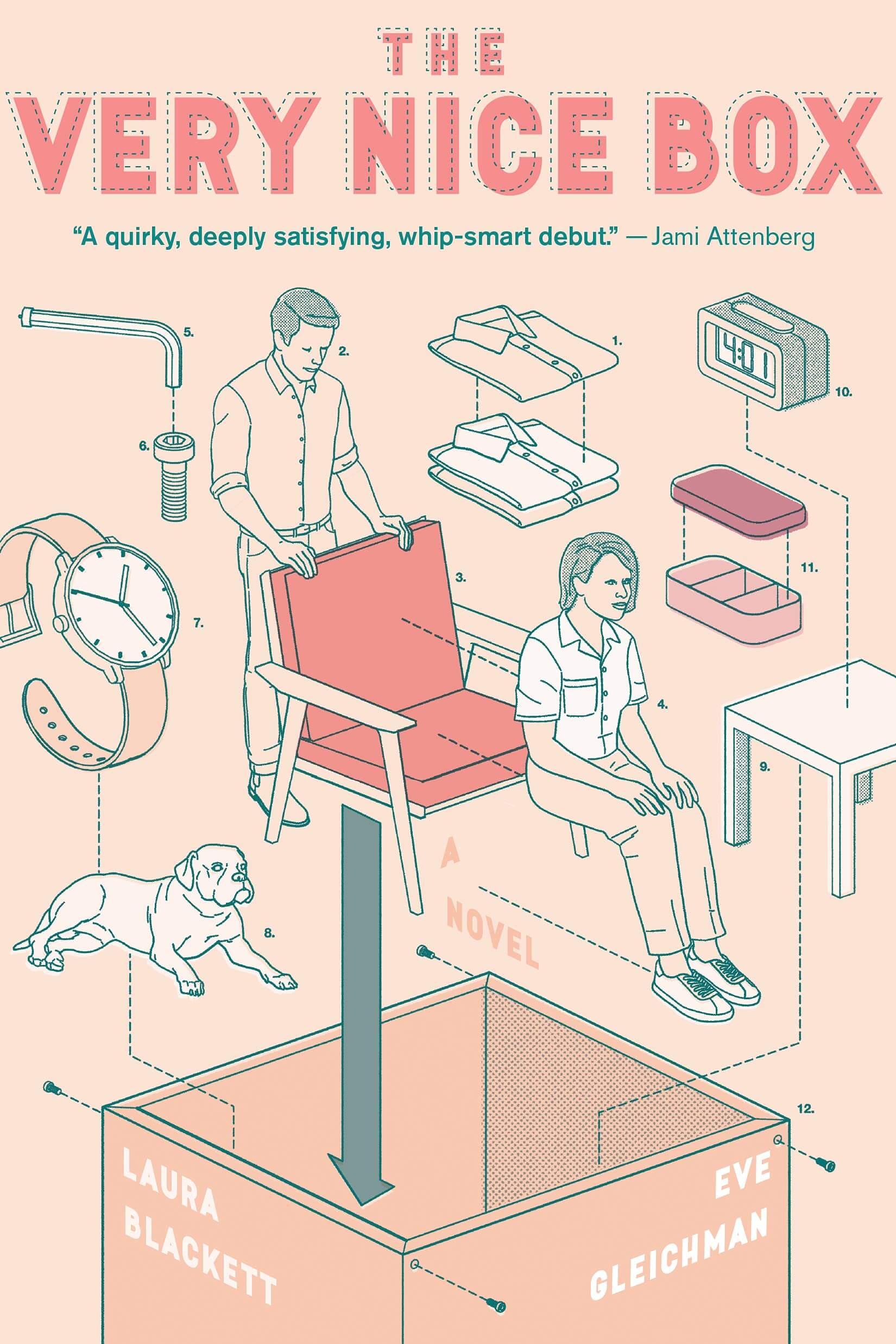 Hard-working Ava Simon is a success at STADA, a furniture company where she is in charge of designing storage boxes. When her girlfriend passed away suddenly in a horrible car accident, Ava threw herself into work and closed off her heart. One day, Ava’s new manager, Mat Putnam, offers to give her a ride home, and an unexpected connection starts to form. However, Ava gets a nagging feeling that something is wrong—and unfortunately finds out that her gut instinct was right. Mat isn’t who he seems, which not only upsends the romance, but turns Ava’s whole life upside down. 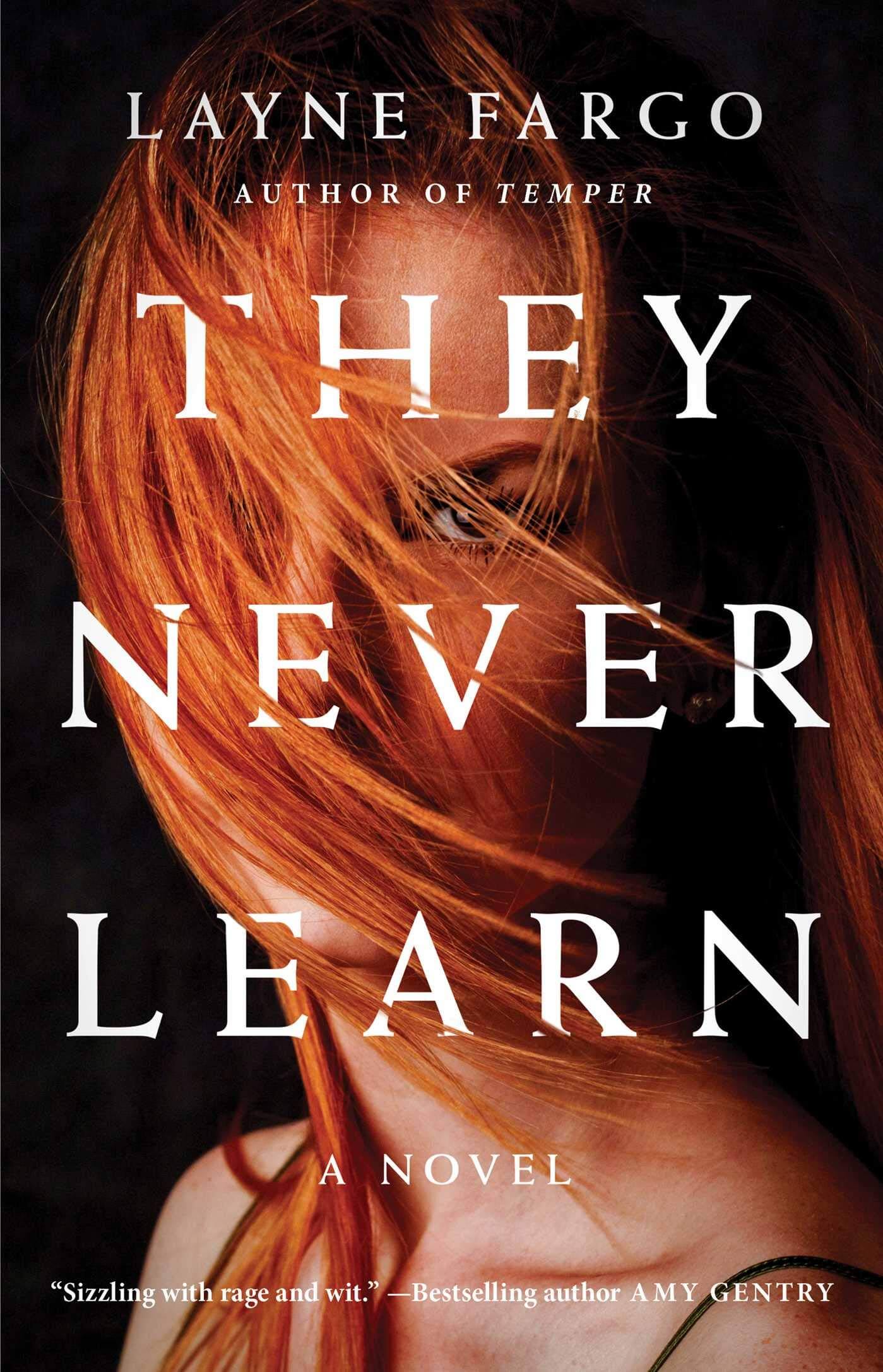 Scarlett Clark is a full-time English professor and a part-time murderer. Each year, she selects the worst man on campus and finds a way to permanently eliminate them. As the death count grows, university officials start to get suspicious and launch a full-on investigation. In an effort to maintain her innocence, Dr. Clark volunteers to help the search party. At the same time, Scarlett’s student Carly has problems of her own when her roommate Alison falls victim to a sexual attack. Almost as if she’s taking a page from Professor Clark’s book, she won’t stop until she seeks revenge. 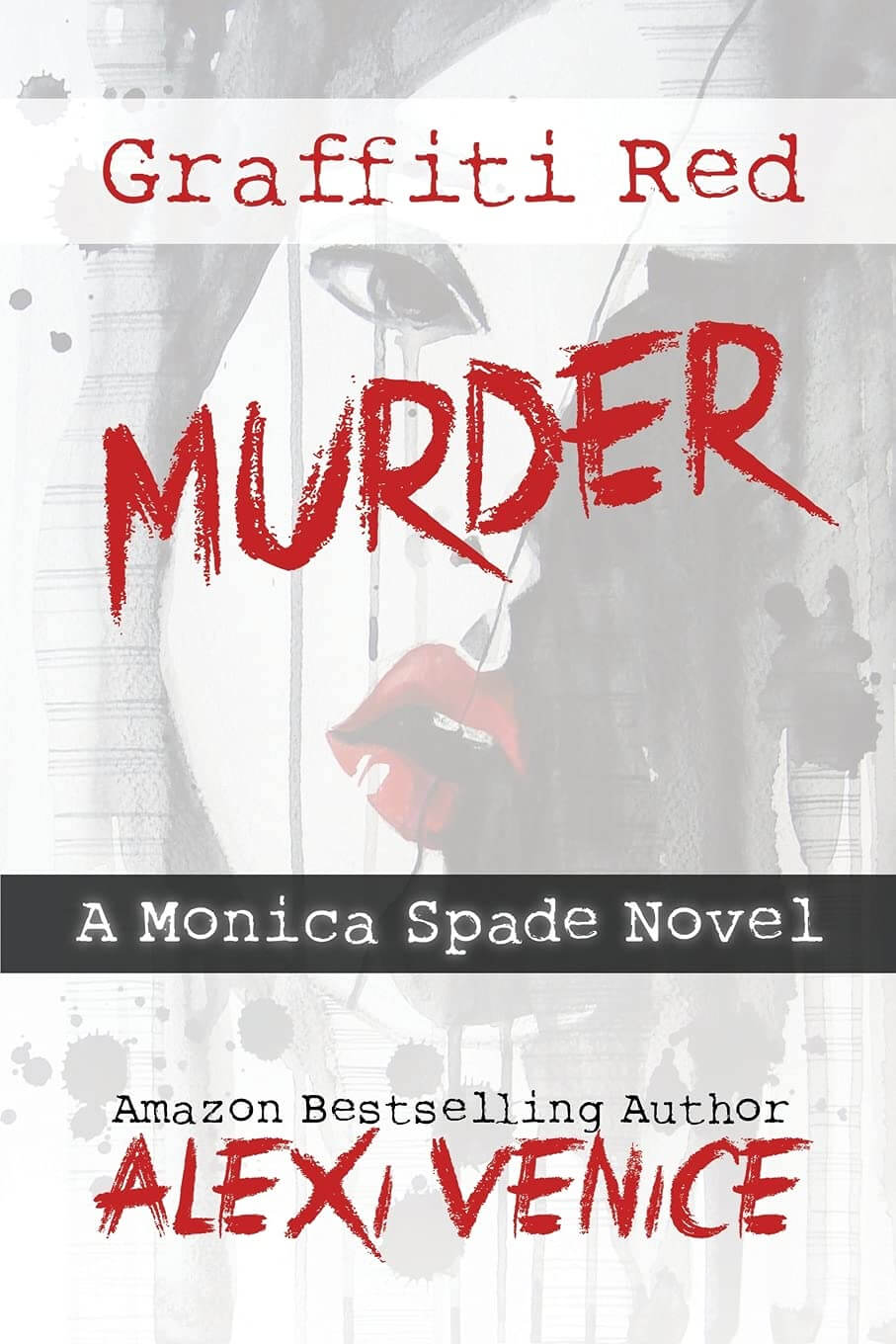 Lawyer Monica Spade has her work cut out for her when she’s hired to represent a surgeon whose patients are being killed then tagged with ominous messages in spray paint. With the investigation moving at a snail’s pace, Monica decides to take control, much to the dismay of law enforcement. Things only get worse when she finds out that her fiancée seems to have rekindled an old flame with well-known yoga teacher Coco Rivelli. With both her work and personal life up in flames, along with navigating through a pandemic, Monica is speeding through a crash course heading for disaster. 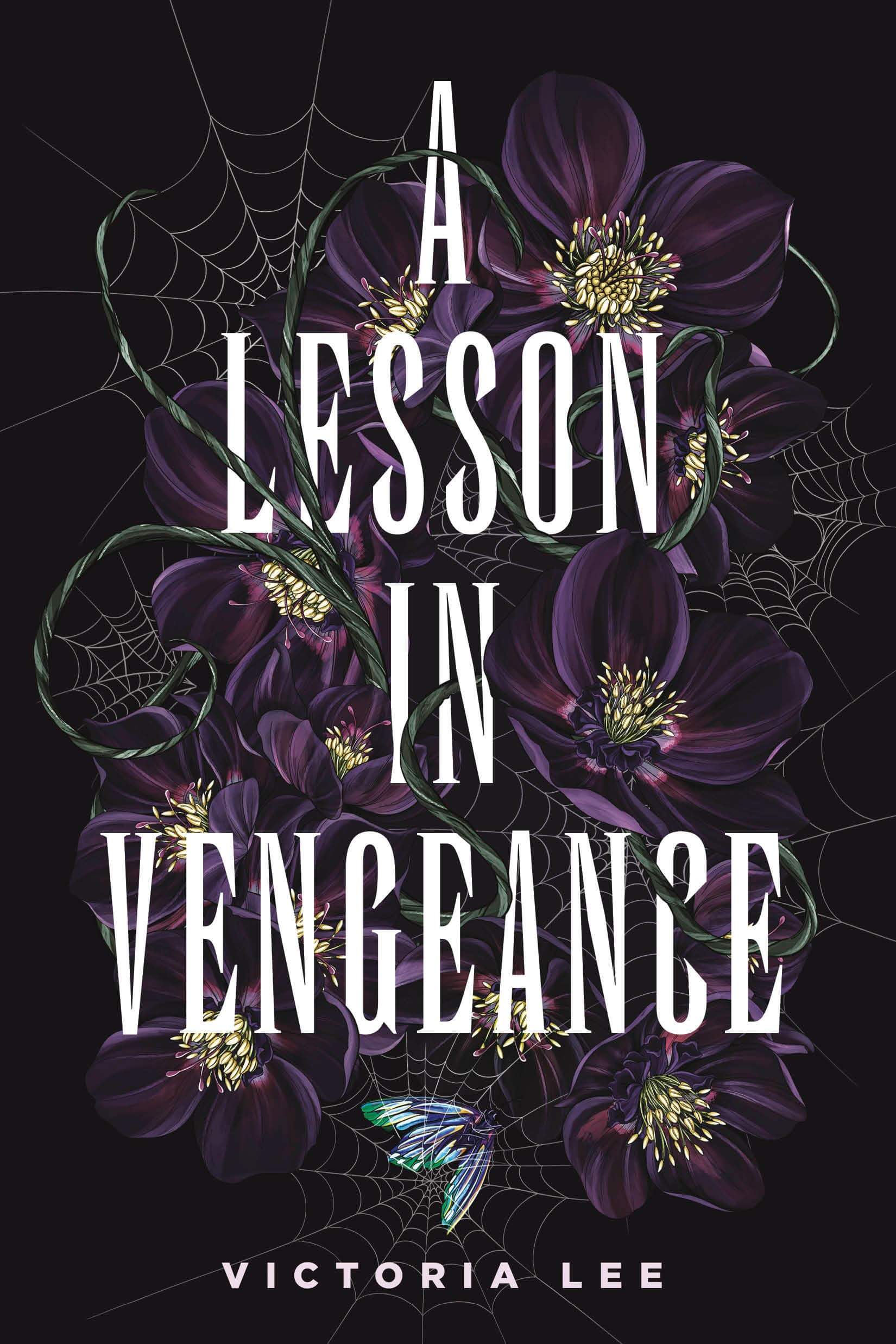 A Lesson in Vengeance by Victoria Lee

Dalloway School has a dark history, with five untimely student deaths within its first decade of opening. As Felicity heads back to finish out her senior year, she is not quite the same after yet another loss. Deciding to stay in her deceased girlfriend’s old room in Godwin House, which is also said to be haunted by the five students who passed away, she becomes curious about them. So when Ellis askes Felicity for help writing about the Dalloway deaths, she is immediately drawn to her and eagerly says yes. As the two start to dig up secrets, the past begins to haunt them, making the girls wonder if they might be next. 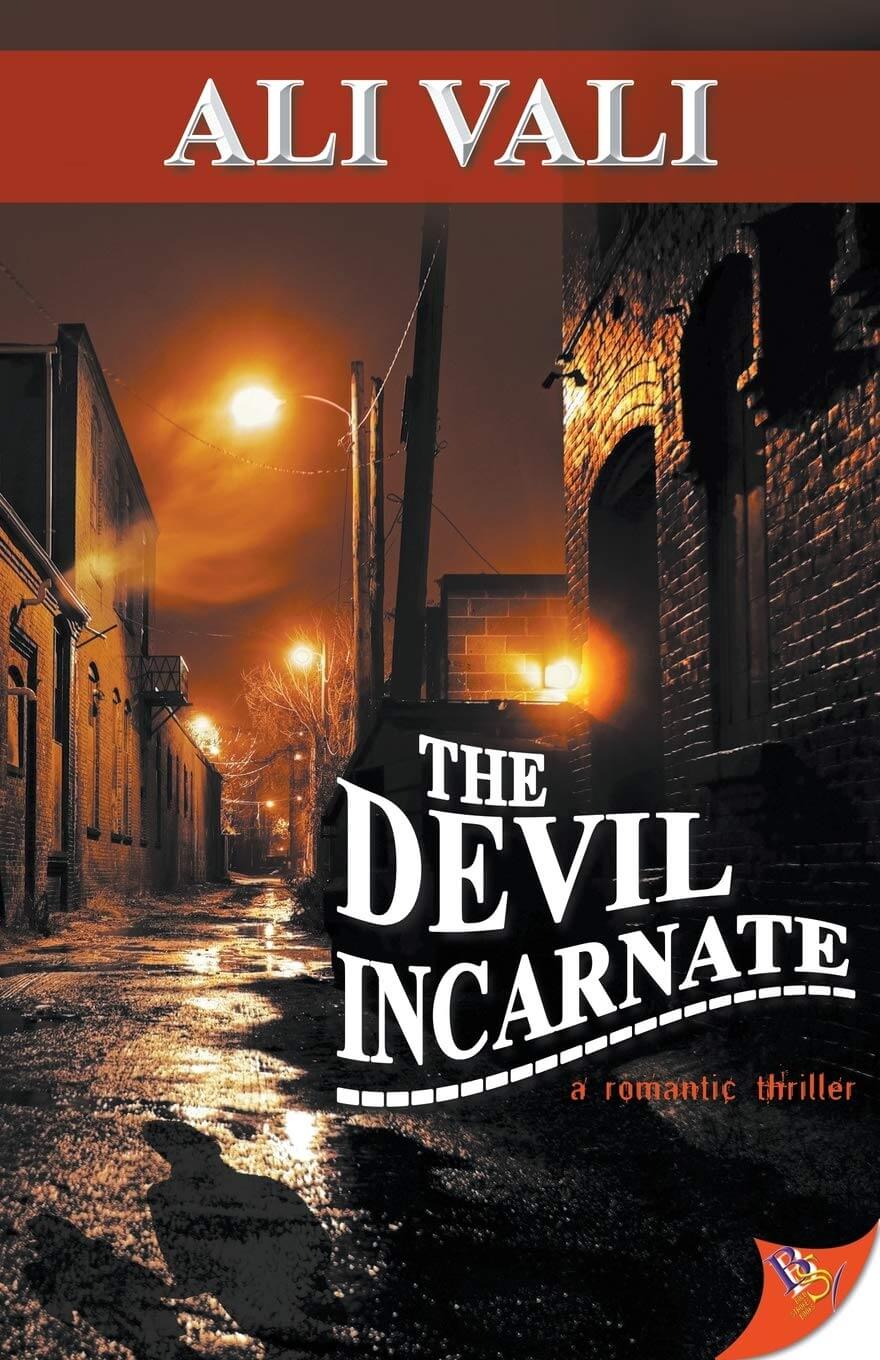 The Devil Incarnate by Ali Vali

What matters most to Cain Casey is her family and keeping them close at all costs. Unfortunately, she has a long list of enemies that are plotting against her, threatening to take down her business along with everything she loves. Looking for allies in all the wrong places, she turns to Anthony Curtis, who was once an agent but now a drug dealer. As the FBI is relentless in their investigation of her, combined with the Russian mob going after Cain, she is starting to feel backed into a corner with no way out. Is it too late for her to save her family, as well as saving herself? 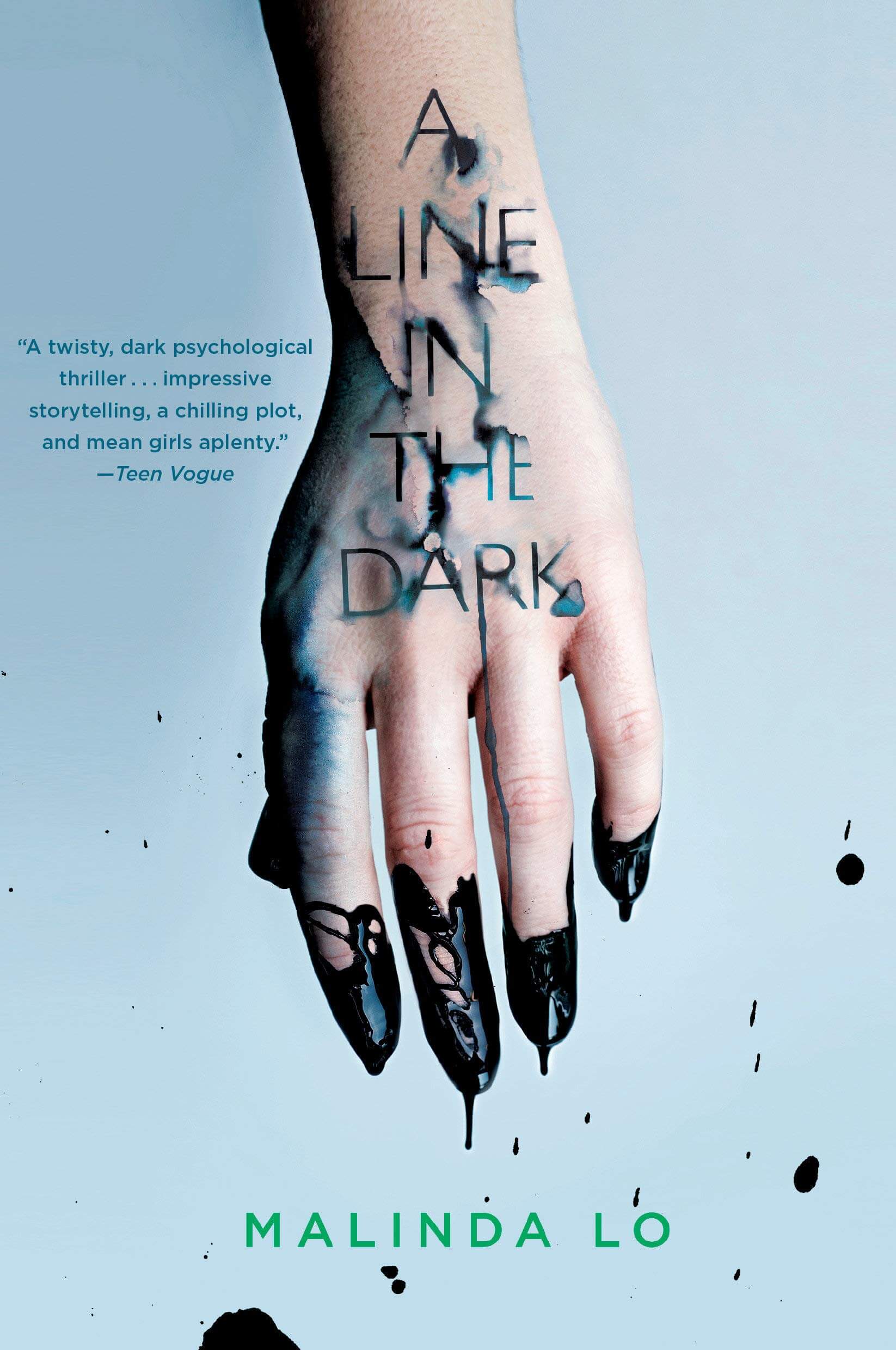 A Line in the Dark by Malinda Lo

Angie and Jess are best friends, even though Jess is secretly crushing on her. However, Angie starts developing feelings for another girl, Margot Adams, and Jess is at a loss. But when Angie starts including Jess in her plans with Margot and her group, Jess starts to discover a whole new side of Angie. Underneath this façade of privilege and perfection lies secrets that are much more sinister than anyone could have imagined. When Angie’s underground life is exposed, Jess knows she won’t be able to handle it. She will have to make a choice to protect her best friend and love interest or risk losing everything.