It was announced this week that Kristin Hannah’s Firefly Lane was picked up by Netflix for a 10-episode limited series, starring none other than Katherine Heigl. Katherine will be playing Tully Hurt who can’t outrun the traumatic experiences of her past but is saved by her best friend Kate who brings her back to life over the course of their decades-long friendship.

The New York Times bestselling novel-turned-show will surely be a hit when it premieres on Netflix in the near future. For more information about the adaptation, Entertainment Weekly has the full scoop. 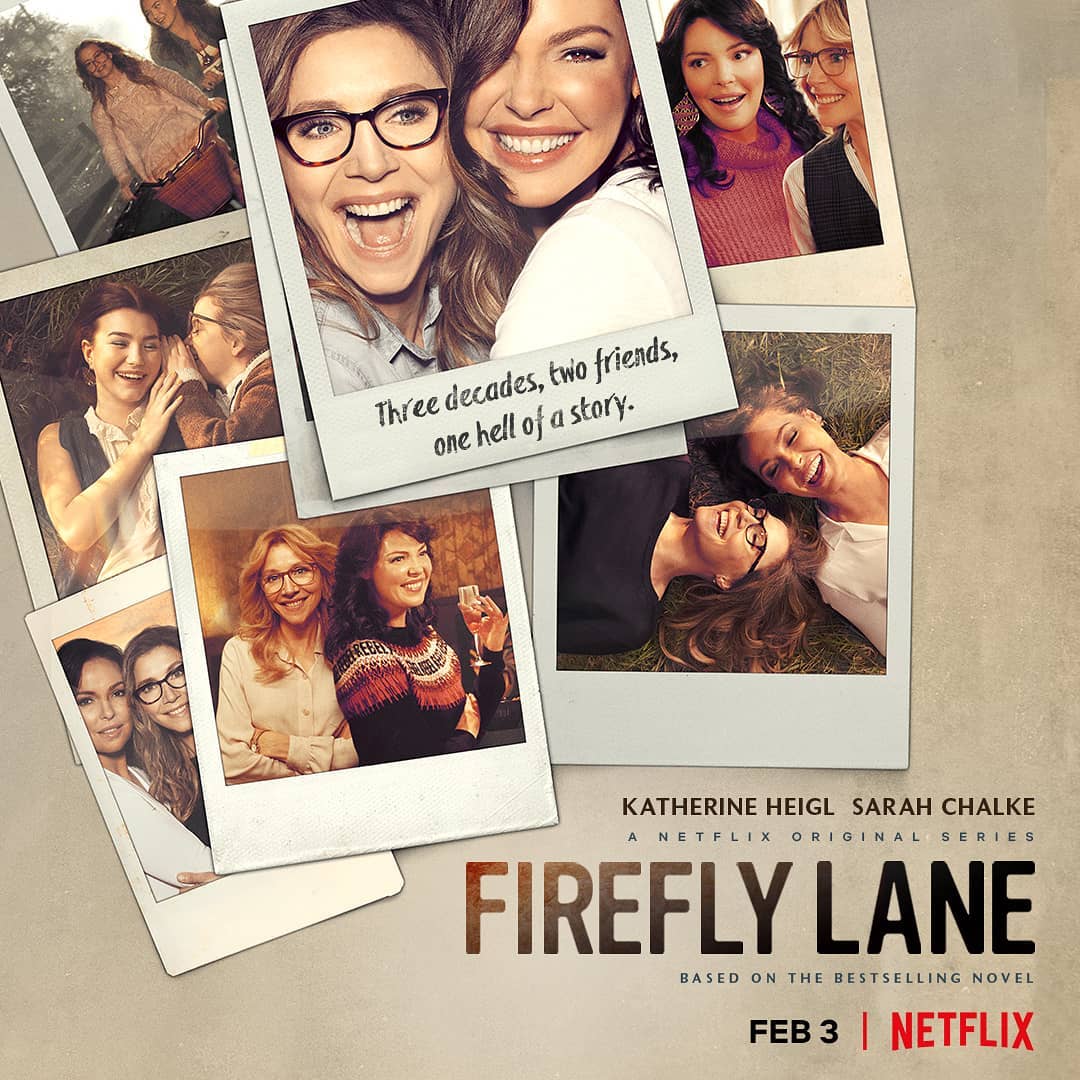 In the turbulent summer of 1974, Kate Mularkey has accepted her place at the bottom of the eighth-grade social food chain. Then, to her amazement, the “coolest girl in the world” moves in across the street and wants to be her friend. Tully Hart seems to have it all—beauty, brains, ambition. On the surface they are as opposite as two people can be: Kate, doomed to be forever uncool, with a loving family who mortifies her at every turn. Tully, steeped in glamour and mystery, but with a secret that is destroying her. They make a pact to be best friends forever; by summer’s end they’ve become TullyandKate. Inseparable.

So begins Kristin Hannah’s magnificent new novel. Spanning more than three decades and playing out across the ever-changing face of the Pacific Northwest, Firefly Lane is the poignant, powerful story of two women and the friendship that becomes the bulkhead of their lives.

From the beginning, Tully is desperate to prove her worth to the world. Abandoned by her mother at an early age, she longs to be loved unconditionally. In the glittering, big-hair era of the eighties, she looks to men to fill the void in her soul. But in the buttoned-down nineties, it is television news that captivates her. She will follow her own blind ambition to New York and around the globe, finding fame and success . . . and loneliness.

Kate knows early on that her life will be nothing special. Throughout college, she pretends to be driven by a need for success, but all she really wants is to fall in love and have children and live an ordinary life. In her own quiet way, Kate is as driven as Tully. What she doesn’t know is how being a wife and mother will change her . . . how she’ll lose sight of who she once was, and what she once wanted. And how much she’ll envy her famous best friend. . . .

For thirty years, Tully and Kate buoy each other through life, weathering the storms of friendship—jealousy, anger, hurt, resentment. They think they’ve survived it all until a single act of betrayal tears them apart . . . and puts their courage and friendship to the ultimate test.

Firefly Lane is for anyone who ever drank Boone’s Farm apple wine while listening to Abba or Fleetwood Mac. More than a coming-of-age novel, it’s the story of a generation of women who were both blessed and cursed by choices. It’s about promises and secrets and betrayals. And ultimately, about the one person who really, truly knows you—and knows what has the power to hurt you . . . and heal you. Firefly Lane is a story you’ll never forget . . . one you’ll want to pass on to your best friend.