Author Chanel Cleeton is known for her powerful historical novels with strong-willed female characters and vivid storytelling, set against the backdrop of Cuban history. Now, on the heels of two New York Times bestsellers, Cleeton brings to life the little-known true story of a Cuban woman who changed the course of American history in The Most Beautiful Girl in Cuba. Cleeton’s latest is inspired by the legendary Evangelina Cisneros, whose plight, published in American newspapers, captured the hearts and minds of the American people and influenced the United States’ position in the Cuban War of Independence in the 1890s. As the United States, Cuba, and Spain head towards war, Cleeton weaves together the lives of three women—Evangelina, imprisoned in Cuba; budding journalist Grace Harrington, reporting on Evangelina’s story and the conditions of Cuban prisons; and Marina Perez, a young Cuban undercover informant—all devoted to the fight for freedom in Cuba. We couldn’t put this book down!

The Most Beautiful Girl in Cuba encourages readers to take a critical eye to the stories and voices we choose to amplify. In her latest, Cleeton demonstrates how, when each individual woman’s voice is heard, it has the power to make a difference and, ultimately, to sway the course of history.

We talked with Cleeton about incorporating her own family history into her books, and the ethics of writing about historical figures—and don’t miss our Ten Book Challenge: Chanel Cleeton’s Book-It List. 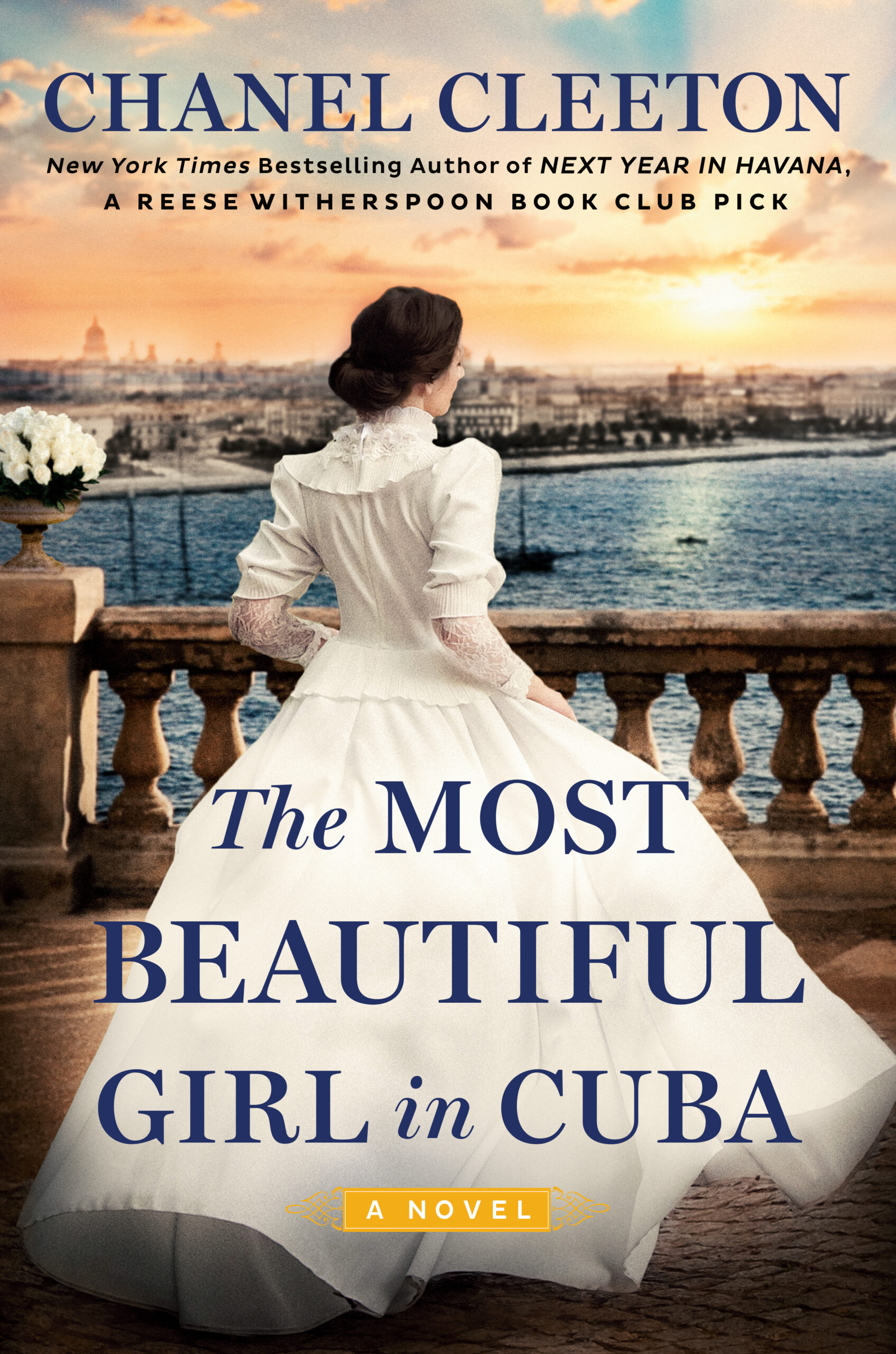 How have you incorporated your own family history into your stories, particularly The Most Beautiful Girl in Cuba?

My father and grandparents left Cuba in 1967 and came to the United States as refugees after the revolution. I was raised on their memories of Cuba and their love for their homeland, and in my writing, I’ve tried to capture those sentiments as well as to explore more about my Cuban heritage and history.

Is there anything that really surprised you about Cuban-American history when you do research for your books?

I’m constantly learning more about Cuban history when I research my books. While I grew up in a Cuban-American household, much of my family’s memories and discussions were of the revolution and its aftermath. Those really were defining times for my family. They spoke much less of earlier moments in Cuban history, and so traveling back in time while working on these novels has helped me gain a fresh perspective on where I come from and what my family and other Cuban families experienced.

Your books span the 1800s to modern day. What time period has been your favorite to write about, and why?

I love writing historical fiction because I love learning about parts of history I was previously unfamiliar with. Each time period I’ve written about has really taught me something new about Cuban-American history. With The Most Beautiful Girl in Cuba, I learned so much about the Cuban fight for independence from Spain, the newspaper wars between William Randolph Hearst and Joseph Pulitzer, and the Spanish-American War. There were so many larger-than-life personalities during this time period and often times the historical record was more dramatic than anything I could have come up with as a novelist. Of all the subjects I’ve researched, this was definitely one of the most fascinating.

The book is inspired by the little-known true story of Evangelina Cisneros. To you, what are the ethics of writing about historical figures?

That’s a great question. This is my first time writing a novel with a historical figure as one of the heroines, and the ethical implications and responsibilities of doing so weighed heavily on my mind throughout the process, particularly because of how publicized parts of her life were.

For me, one of the important things is to follow the historical record as accurately as possible. Even though I’m writing historical fiction, I try not to make factual changes or shift timelines to fit the story I want to tell, which can make it difficult at times since real life is not always easily adaptable in novel form. That said, Evangelina was a rare exception where her life actually adapted really well as a novel because she lived such an extraordinary life.

For Evangelina’s storyline, I used the autobiography she collaborated on with Hearst’s staff and which he subsequently published as my primary source for her storyline. There was so much said about her in the press, and I wanted to tell her story through the lens of her perspective. One thing that was important to me was to tell her story as she saw fit, and to convey her love for her homeland and passion for Cuban independence with the reader.

How do you find that balance of incorporating real history—like the newspaper battle between Hearst and Pulitzer, the USS Maine explosion, the US becoming more involved in Cuba’s affairs—that can get overly complicated at times, with a fictional plot?

My academic background is in global politics and international relations, so I’ll admit that weaving history—particularly political history—with fiction is something I really love. I often find that the historical record shapes the fiction plots of my books and my characters’ arcs. As I mentioned before, I don’t like shifting events around so there’s always a moment of serendipity when the record aligns with the fictional aspects of the novel and I see a path forward for my characters.

Your books demonstrate how, when each individual woman’s voice is heard, it has the power to make a difference and, ultimately, to sway the course of history. What type of book can readers expect from you next? Will it be connected to one of your past novels, or a standalone?

My next book is a dual timeline 1930s/1960s historical novel set in Cuba, Spain, and the United States. It features three Cuban heroines whose lives intersect against the backdrop of the Spanish Civil War, the Cuban Revolution of 1933, and the Cuban Revolution of 1959. Since I introduced the Perez family in Next Year in Havana, readers have been asking for the rest of the Perez sisters’ stories, and I’m excited to share that this next book which will be out in 2022 features Isabel Perez’s story. Like my other novels, it can be read as a standalone as well.