Historical fiction is a genre that continues to grow exponentially, and 2023 promises to be another fabulous year in terms of the quality and number of books publishing. I chose titles from various eras and places; these stories are set all over the world including Australia, the United States, Greece, Cuba, Vietnam, the United Kingdom and more, and cover numerous time periods in the past. Read on for some of the most anticipated historical fiction titles in the start of 2023. 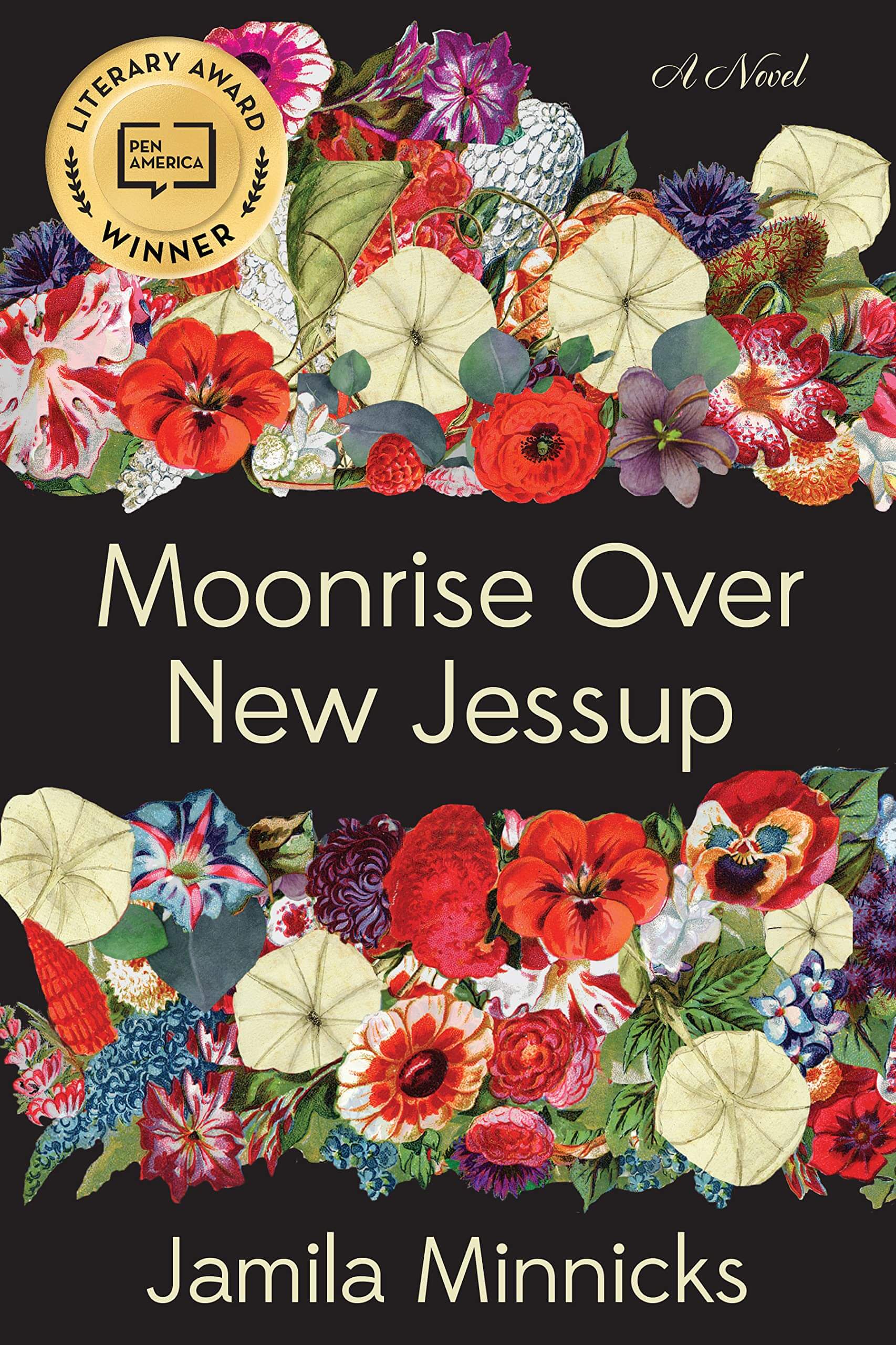 Alice Young accidentally stumbles across New Jessup, Alabama in 1957 after fleeing her hometown. New Jessup is an all-Black town created by individuals who want no part of integration, and believe that Black people will fare better by remaining together and rejecting desegregation. There are no “whites only” signs, no restrictions on where Blacks may go, and no white people living there at all. In New Jessup, Alice begins a relationship with Raymond, an organizer whose activities could lead to their removal from their town. As turmoil grows within New Jessup, as well as in the rest of the country, Alice must contend with balancing work and homelife, her search for her missing sister, and how to protect her own daughter from the world at large. 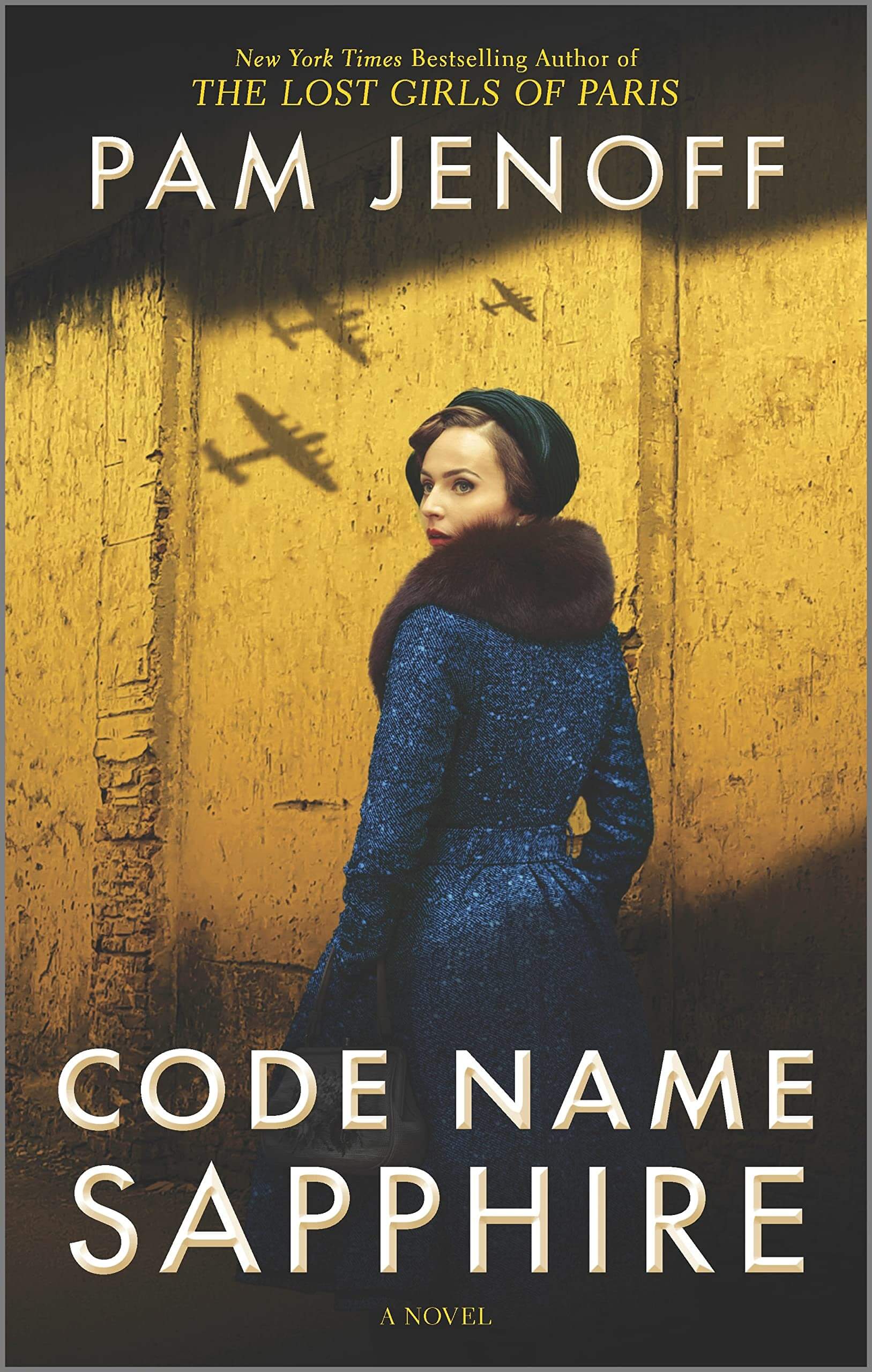 After escaping Nazi Germany following the murder of her fiancé in 1942, Hannah Martel boards a ship for the United States. But when her ship is turned away in Cuba, she lands back in Brussels where her cousin Lily lives, whom she hasn’t seen in years. Anxious to leave Nazi-occupied Europe, Hannah agrees to help an underground network called the Sapphire Line in exchange for receiving new papers that will grant her a way out. But when her cousin’s family is arrested and headed to Auschwitz, Hannah must decide how much she is willing to risk for the family with which she has reconnected. 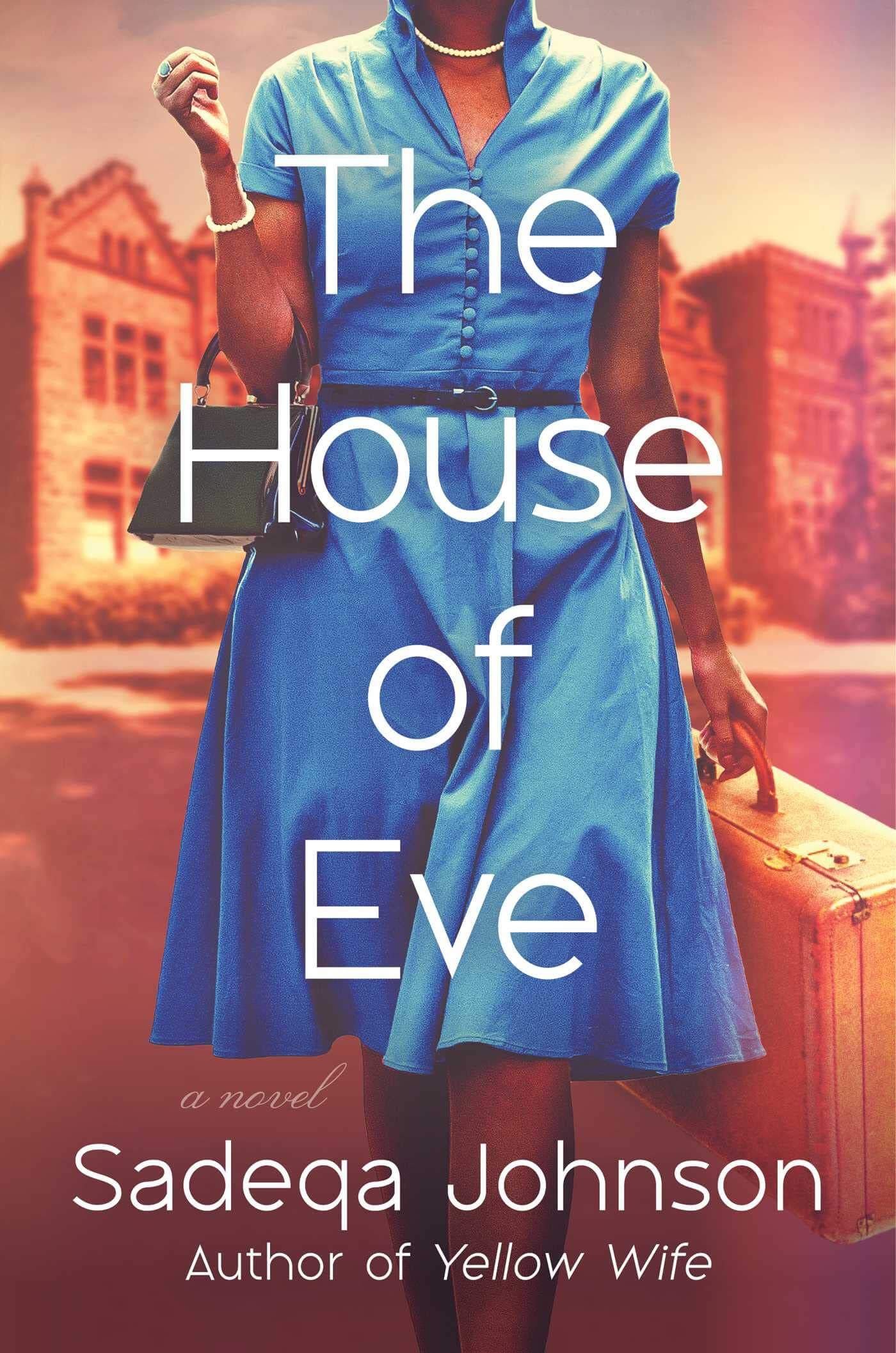 The House of Eve by Sadeqa Johnson

Set in 1950’s Philadelphia, The House of Eve follows Ruby Pearsall, a 15-year-old who plans to be the first in her family to head to college, regardless of the lack of familial support. But when she gets drawn into a forbidden relationship, she threatens to destroy her future before it even starts. Meanwhile, Eleanor Quarles moves to Washington, DC where she meets and falls in love with William Pride at Howard University. But William’s family is one of DC’s elite Black families, and his par­ents have other ideas for William. Eager to integrate into the Pride family, Eleanor decides a baby will help her feel more accepted by his parents. When the two women’s lives unexpectedly collide, they must contend with choices that will impact them both for years to come. 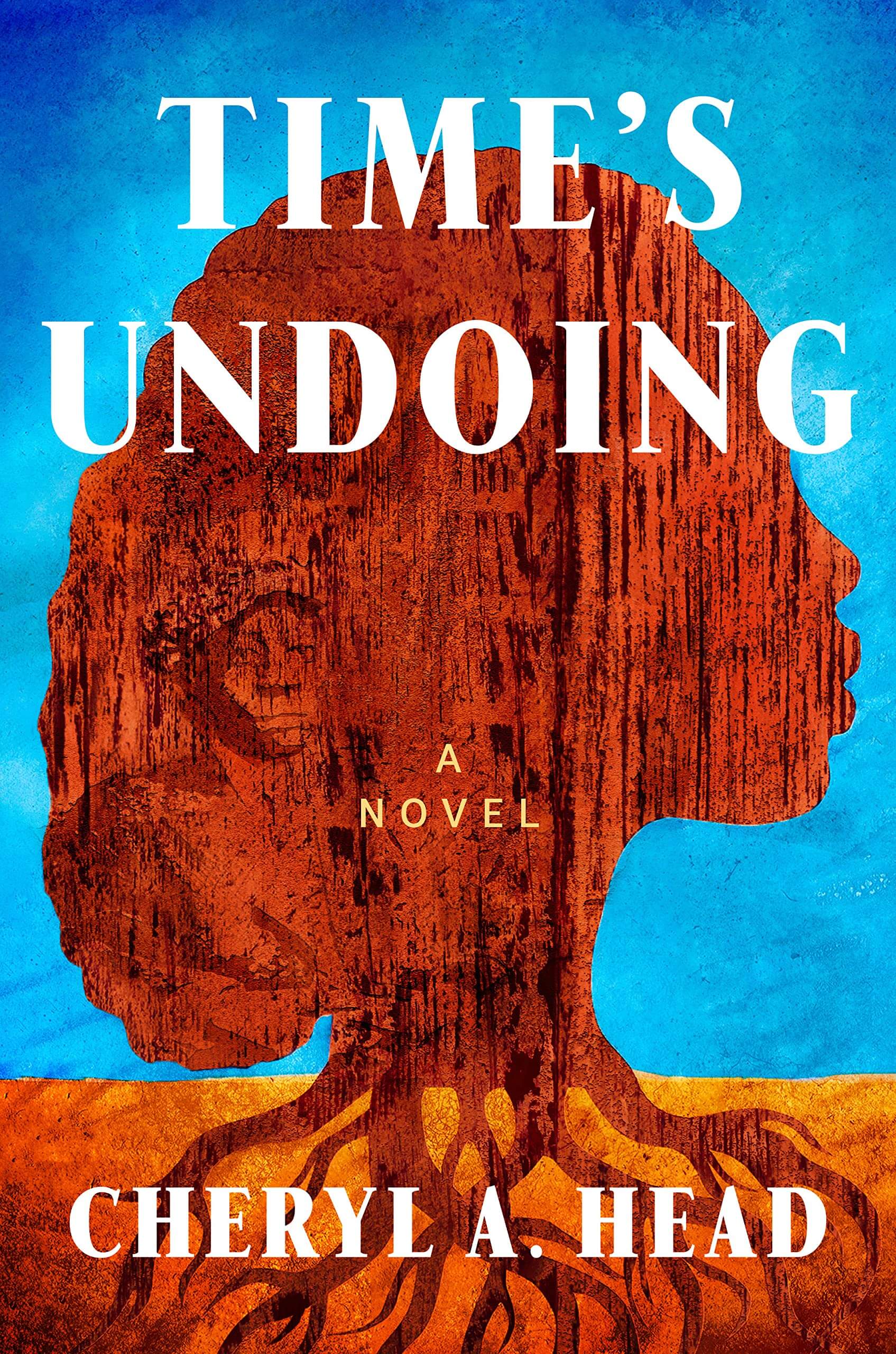 This dual timeline story focuses on 1929 Birmingham (known then as “Magic City”) during its heyday as a steel supplier. Master carpenter Robert Lee Harrington relocates his family to Birmingham for a job, and with its booming economy, the city is a great place to live—except for the fact that the Klan is very active there. In the 2019 timeline, Robert’s great-granddaughter, Meghan McKenzie, the youngest reporter at the Detroit Free Press, becomes interested in his murder and why his body was never found. So she travels to Birmingham to investigate, stirring up secrets that have been long buried and that someone does not want uncovered. 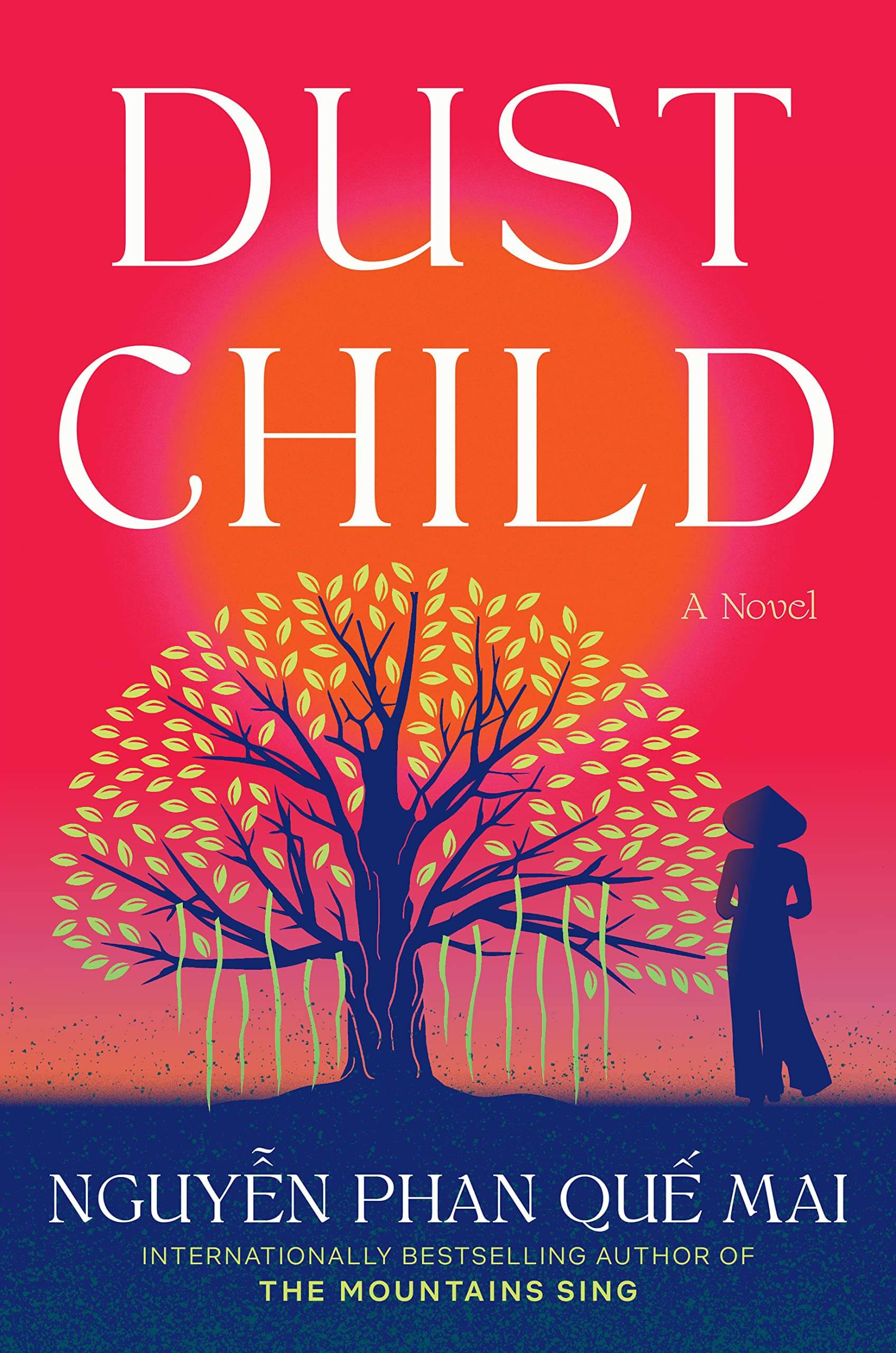 In 1969 to help their parents pay off debts, sisters Trang and Quỳnh leave their village and travel to Sài Gòn to become “bar girls,” women who, for a fee, drink and keep company with American GIs. Against her better judgment, Trang gets involved with Dan, an American helicopter pilot. Many years later, Dan, with his wife Linda, decides to return to Vietnam in an effort to make peace with his past and heal his invisible wounds. Meanwhile, Phong, the son of a Vietnamese woman and a Black American soldier, sets out on a journey to locate his parents and find a way to escape Vietnam. Abandoned as a baby, Phong grew up ostracized from his peers, called “the dust of life.” He longs to live in the United States to provide for a better life for his family. 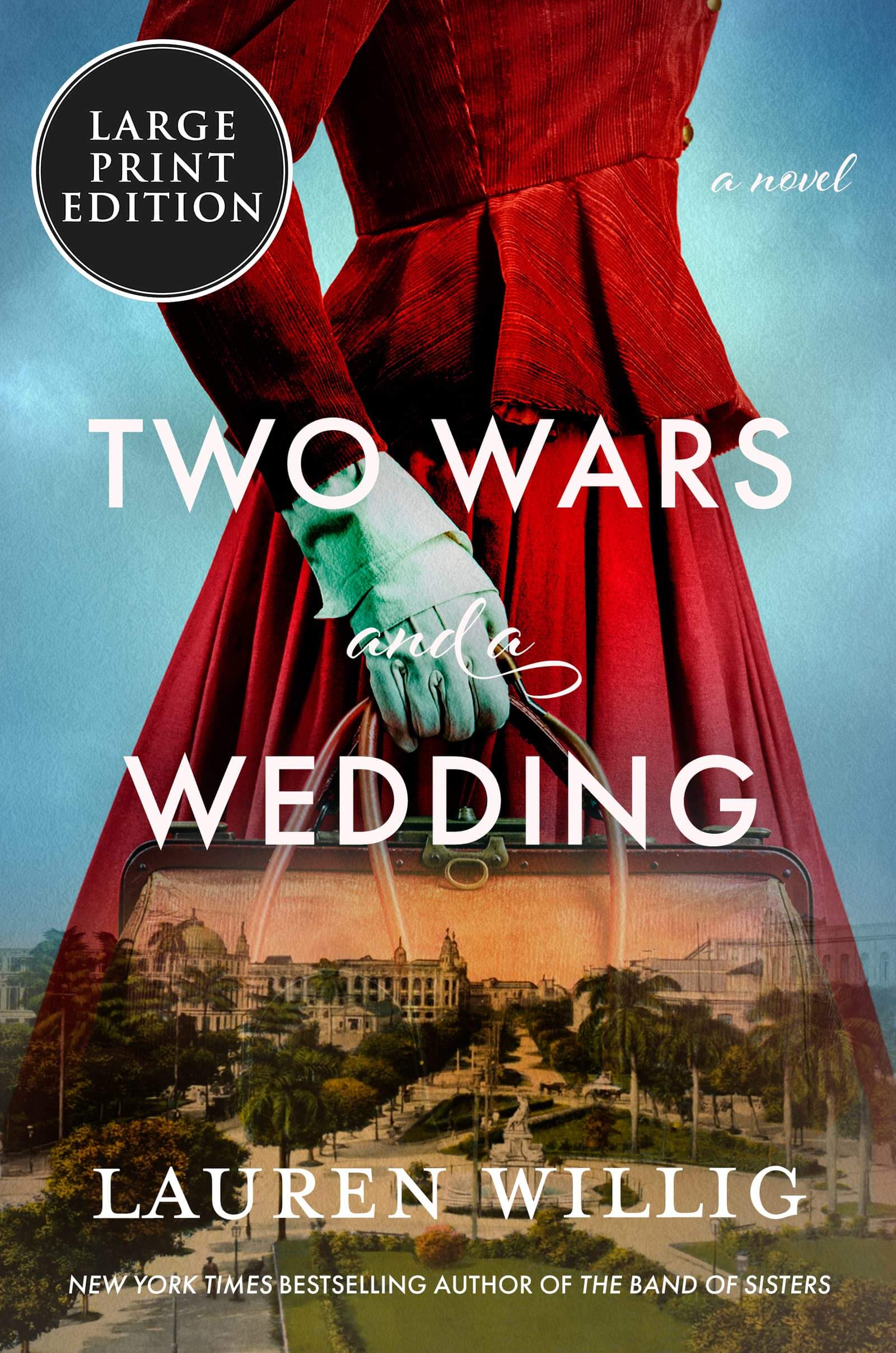 Two Wars and a Wedding by Lauren Willig

In September 1896, Smith College graduate Betsy Hayes, an aspiring archaeologist, heads to Athens, eager to work at some of the most renowned and famous excavation sites. But she finds her dreams stymied by men who don’t believe women should pursue this line of work. She eventually allies herself with philanthropist Charles, Baron de Robecourt, whose views are more open-minded about women. But when tensions between Greece and Turkey escalate, Betsy’s archaeological sites are turned into battlefields, where she finds herself caring for the wounded. In June 1898 at the start of Spanish-American war, Betsy is anxiously trying to track down her ex-best friend Ava to make amends with her. When Betsy learns Ava might be with the Red Cross in Cuba, Betsy joins the Red Cross as well and accompanies Teddy Roosevelt’s Rough Riders there in hopes of finding Ava. 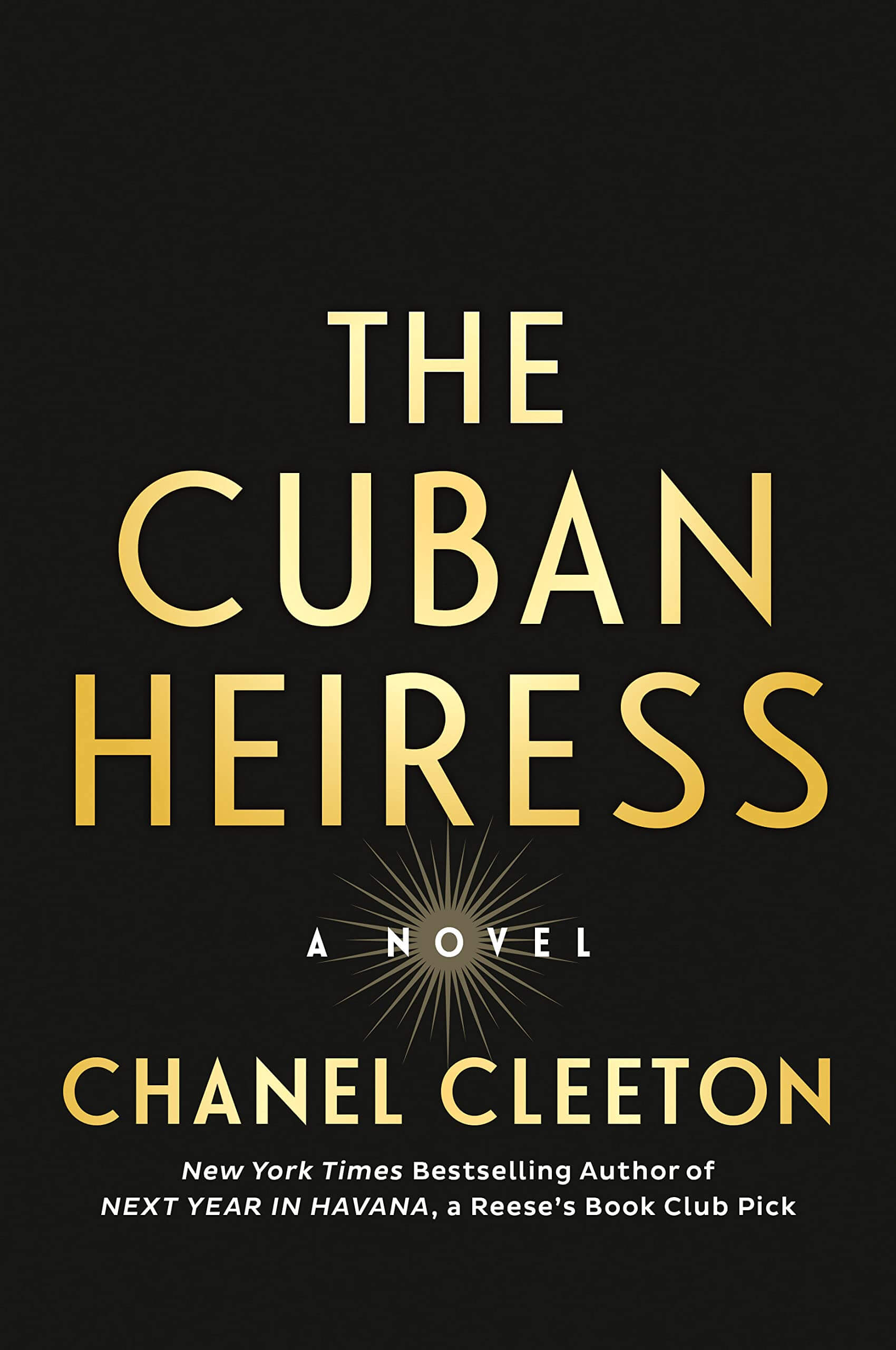 The Cuban Heiress by Chanel Cleeton

Inspired by the true story of the SS Morro Castle, The Cuban Heiress follows two women whose stories intertwine on a roundup cruise from New York to Havana. While New York heiress Catherine Dohan has kept her past a secret, the minute the ship leaves port her life comes crashing down around her, threatening her life aboard the cruise liner. In an effort to track down who wants her dead, she teams up with Elena Palacio, a jewel thief with secrets of her own. Elena is on her way to Havana to exact revenge against those who wronged her, and the two women work together to save themselves and ensure that justice is served. 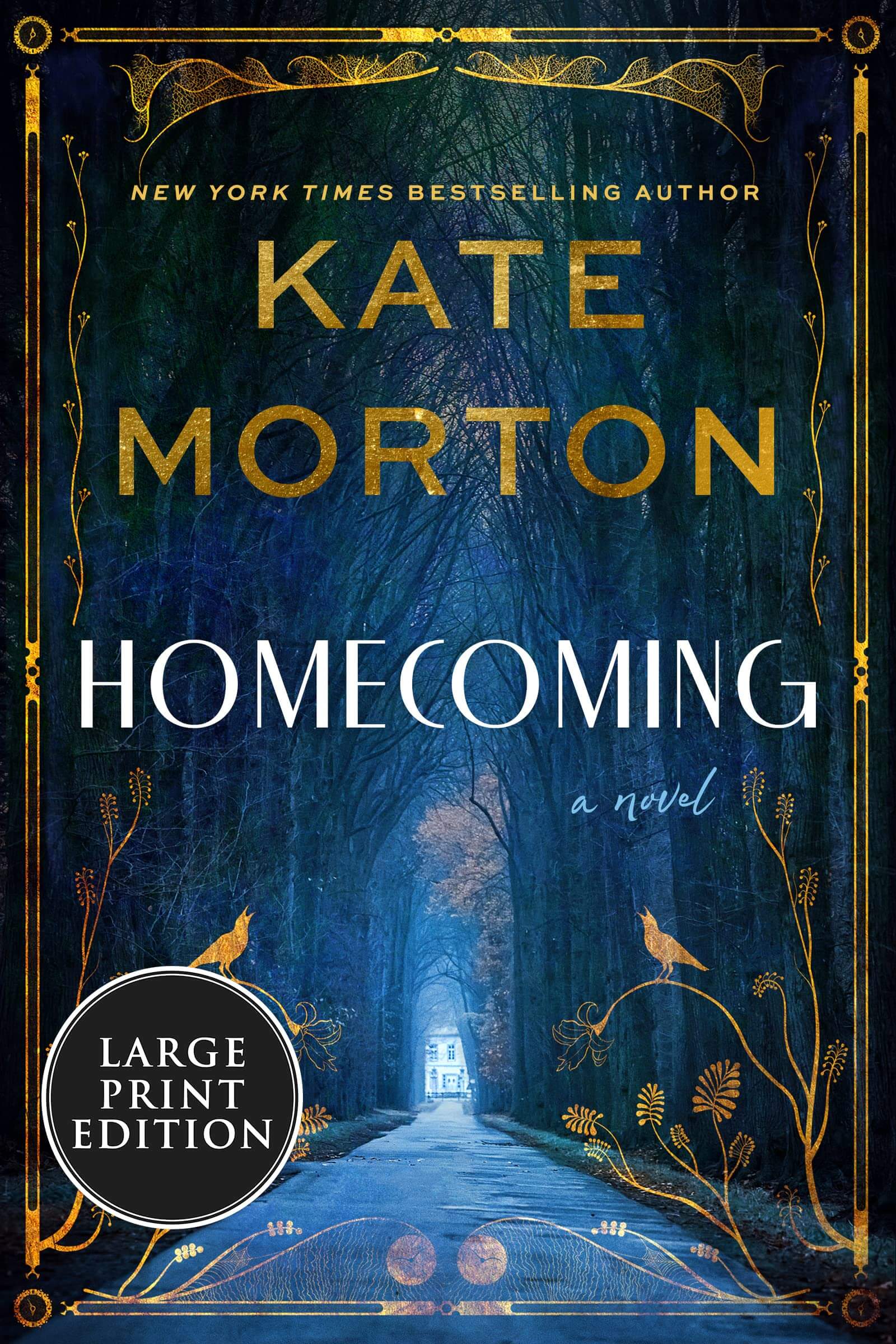 In the South Australian town of Tambilla, a delivery driver discovers a dead body on Christmas Eve, 1959, on the grounds of a magnificent mansion. An investigation ensues surrounding the shocking and mysterious death. Six decades later, Jess, an unemployed journalist in London, is called back to Australia because her grandmother Nora has been sent to the hospital. While staying at her grandmother’s house, she stumbles across a book called the Turner Family Tragedy of Christmas Eve, 1959, that chronicles the police investigation into a long-ago murder. When she delves into the book, she is stunned to discover that her family may have a connection to the decades-old killing. 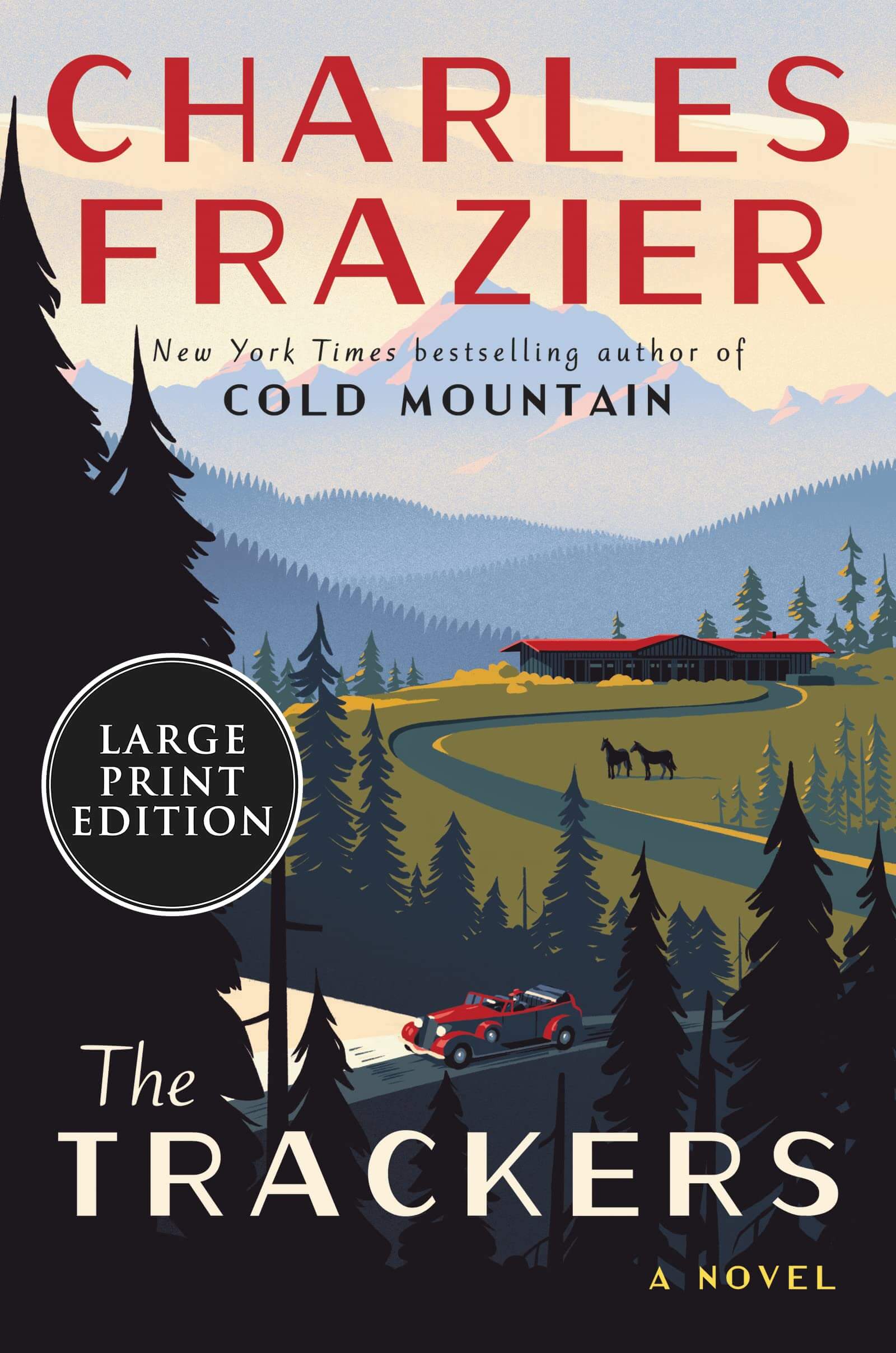 The Trackers by Charles Frazier

During the Depression, painter Val Welch journeys to Dawes, Wyoming to craft a mural depicting the region for the town’s new post office, a job resulting from Roosevelt’s New Deal. While in Dawes, he stays at the ranch of wealthy art patron John Long and his wife Eve, who are both the frequent subject of gossip and rumors. Long wants to be a politician and served as a sniper in the first World War, while Eve used to ride the rails and sing in a Western swing band. When Eve runs off with an expensive painting, Long hires Val to track her down. As he chases her across the country, he slowly unveils secrets that may change each of their lives. 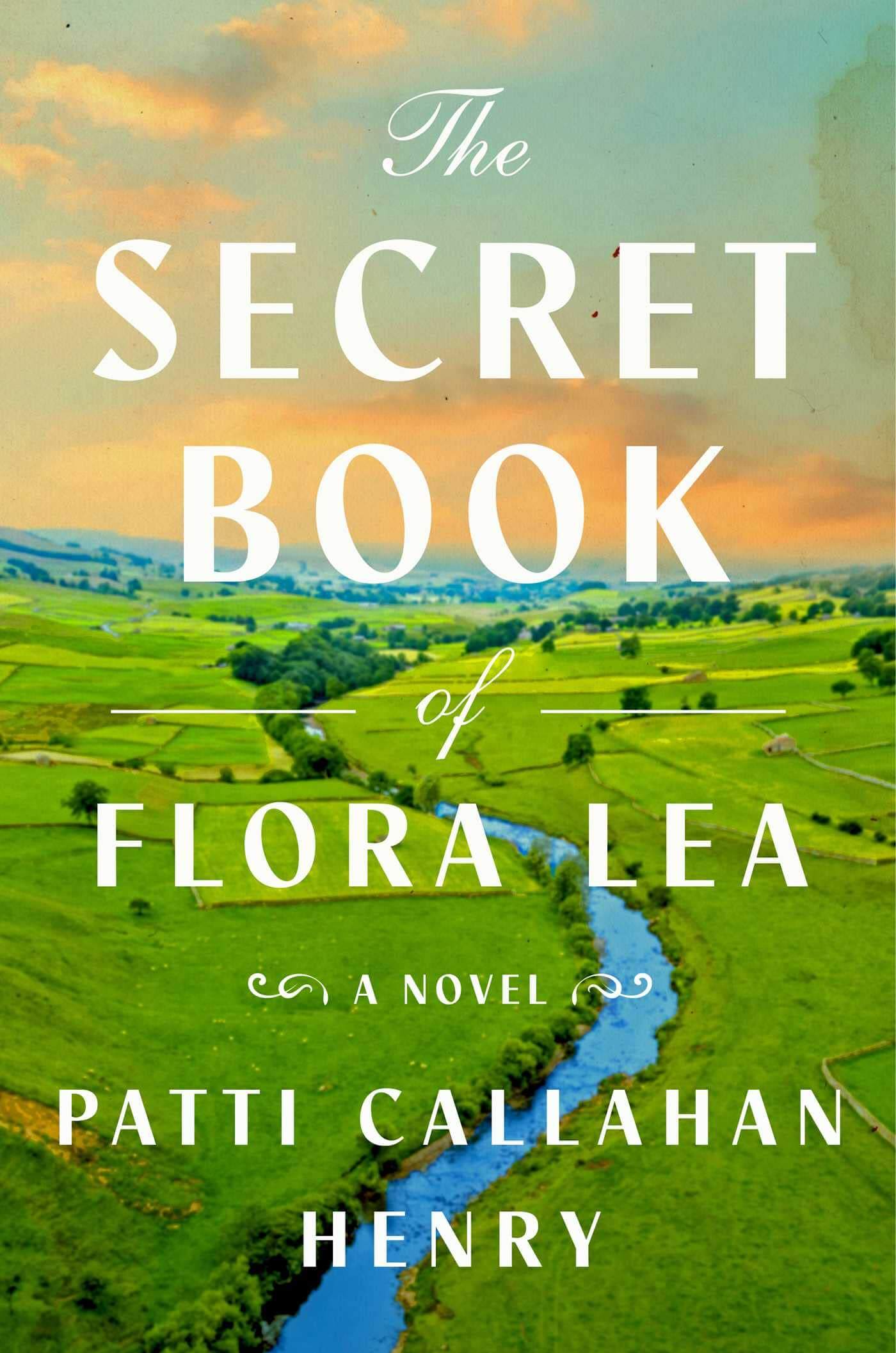 The Secret Book of Flora Lea by Patti Callahan

As World War 2 escalates in 1939 and London is frequently bombed, Hazel and her younger sister Flora are sent out of the city to stay in a quiet rural village away from danger. To help her sister avoid getting homesick while staying with another family, Hazel creates a new world for them to escape to called Whisperwood. One day while playing by the Thames, Flora disappears, and Hazel feels responsible for years to come. But when as an adult two decades later, Hazel happens across a picture book called Whisperwood and the River of Stars, she is stunned because she never shared the story of Whisperwood with anyone. The book’s discovery sets Hazel on a path to discover Flora’s fate.