The year 2023 is going to be a huge one for books, with an abundance of new titles already being promoted. And it also might just be the best year for thrillers so far, as well. If you’re looking to get lost in some stories and love YA thrillers, here are some you might want to pre-order in the new year. 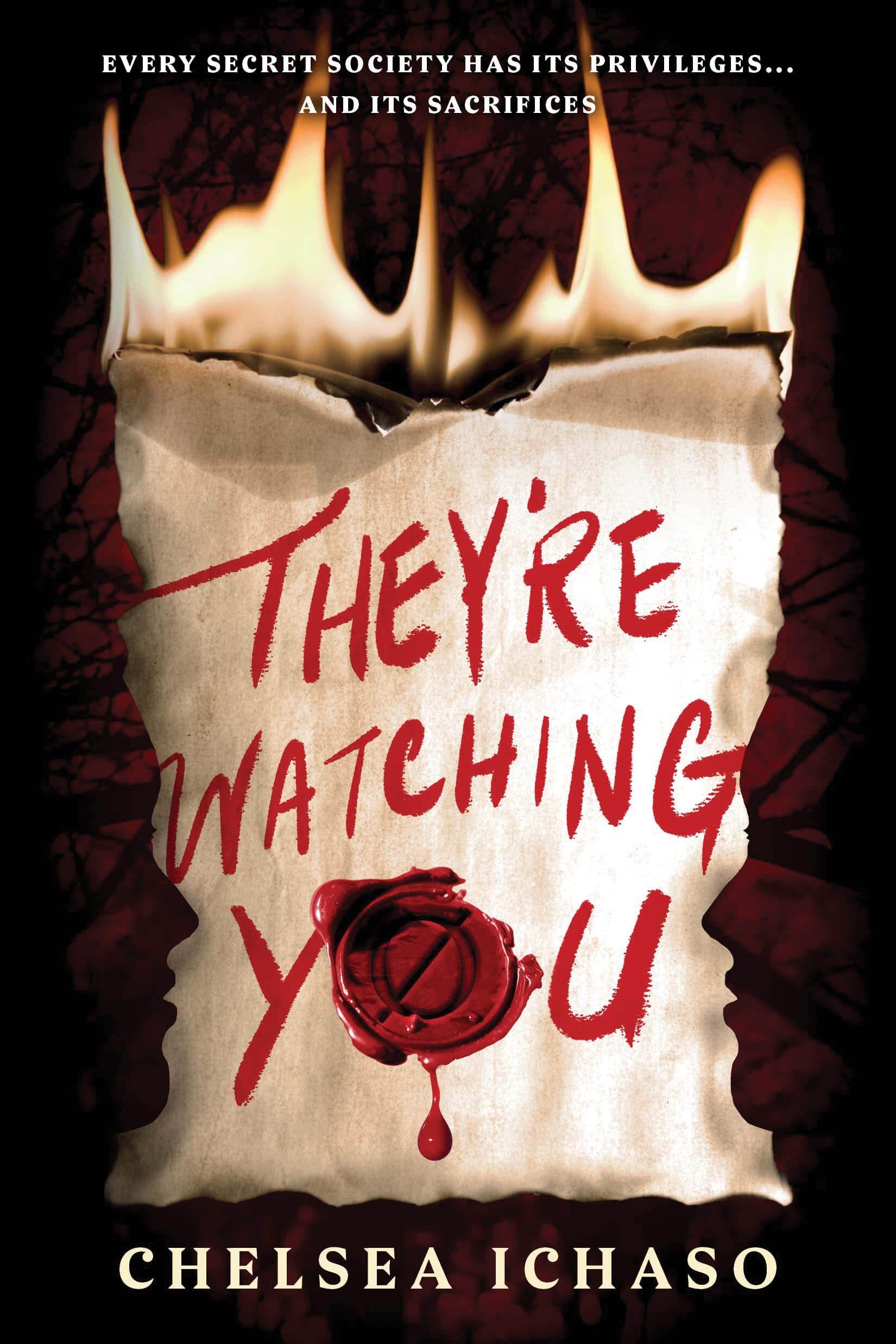 They’re Watching You by Chelsea Ichaso (1/3)

Polly St. James went missing two weeks ago, and the only one who doesn’t think she just ran away is her best friend, Maren. Maren and Polly were roommates at the Torrey-Wells Academy and right before she vanished, Polly was going to tell Maren the secret she had been hiding about the elite crowd from the school. When Maren finds an envelope for an invitation to the Gamemaster’s Society, Maren thinks this is her first clue and finds herself in a deadly game in which every high-stakes task she completes, she will receive a clue about what happened to Polly. 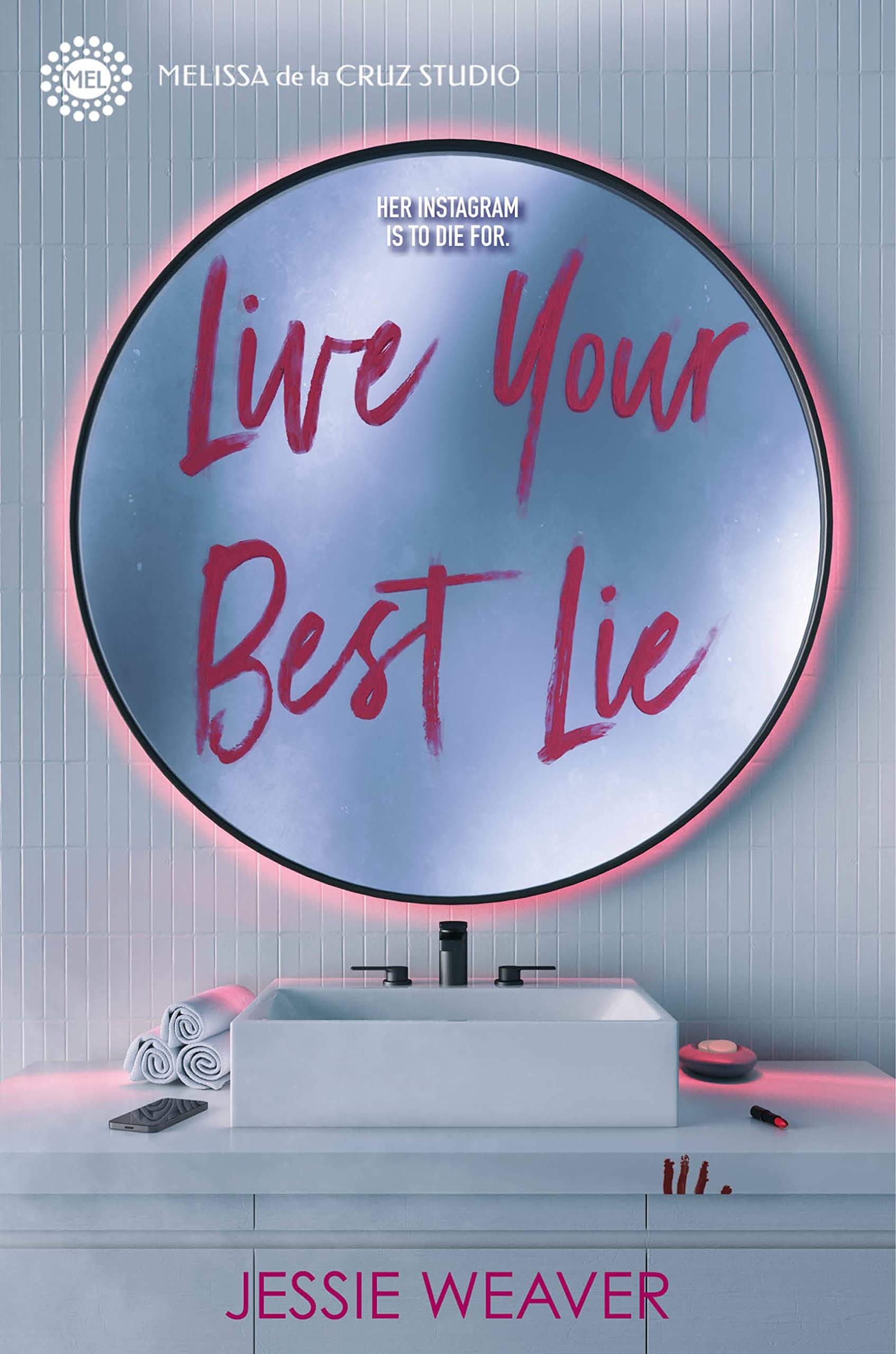 Summer Cartwright is the perfect social media influencer. She has millions of followers, a book deal, free clothes, and she used to have the hottest boyfriend at the prep school she goes to. Now, Summer just went missing during her Halloween party, and an ominous social media post appears on her page stating she will be dead in five minutes. Summer’s closest friends know something isn’t right, so they come together to investigate—but when they find Summer’s body, they realize not everyone’s lives are what they post. 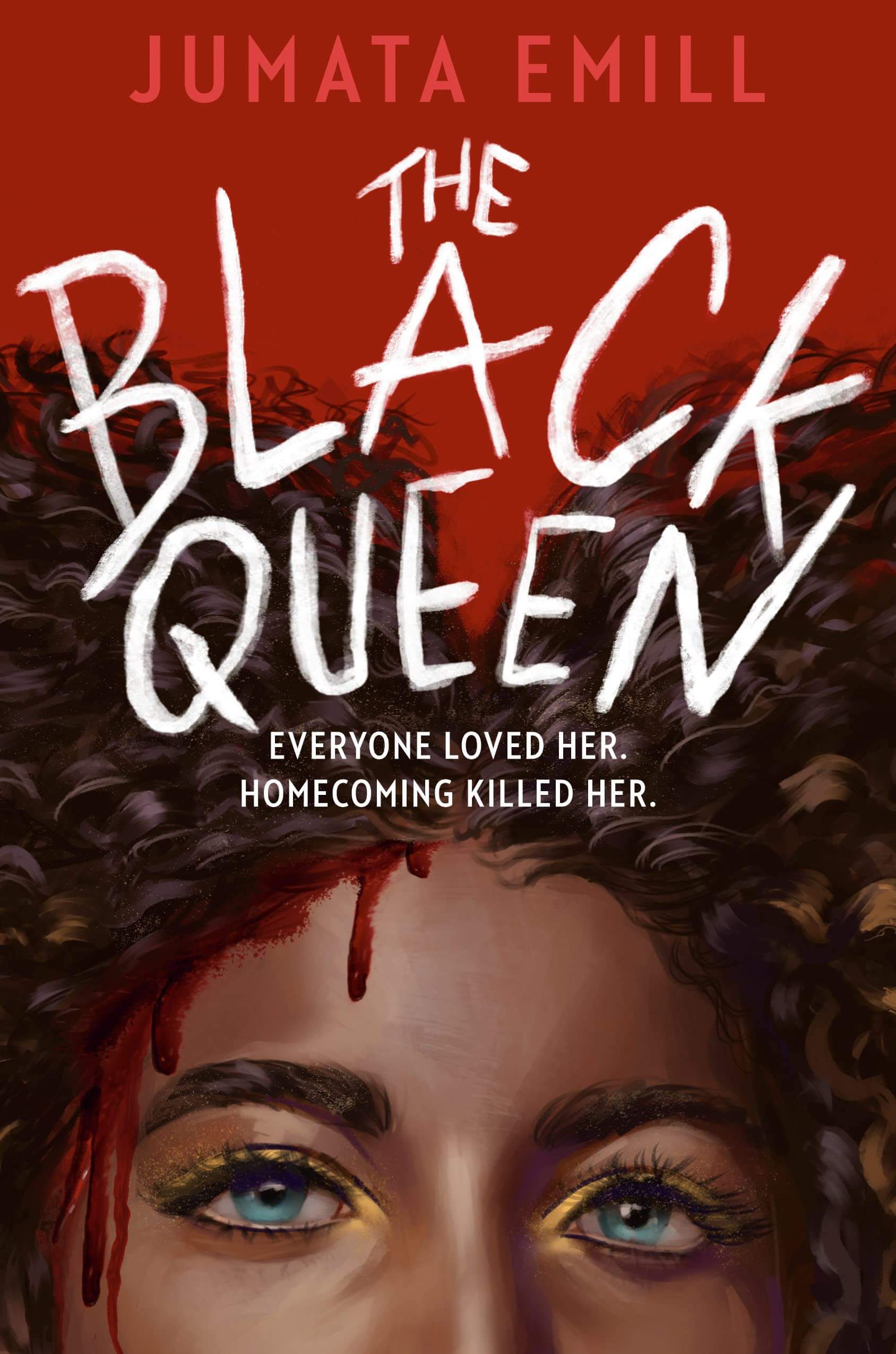 Nova Albright was the first Black homecoming queen at Lovett High and has just been found murdered, her body discovered in the old slave cemetery she was rehabilitating. Duchess Simmons was Nova’s best friend and is convinced the rich Tinsley McArthur is responsible for Nova’s death. Tinsley would do anything to be homecoming queen, and when Duchess’ police captain father can’t do anything to arrest Tinsley, Duchess plans on taking matters into her own hand. 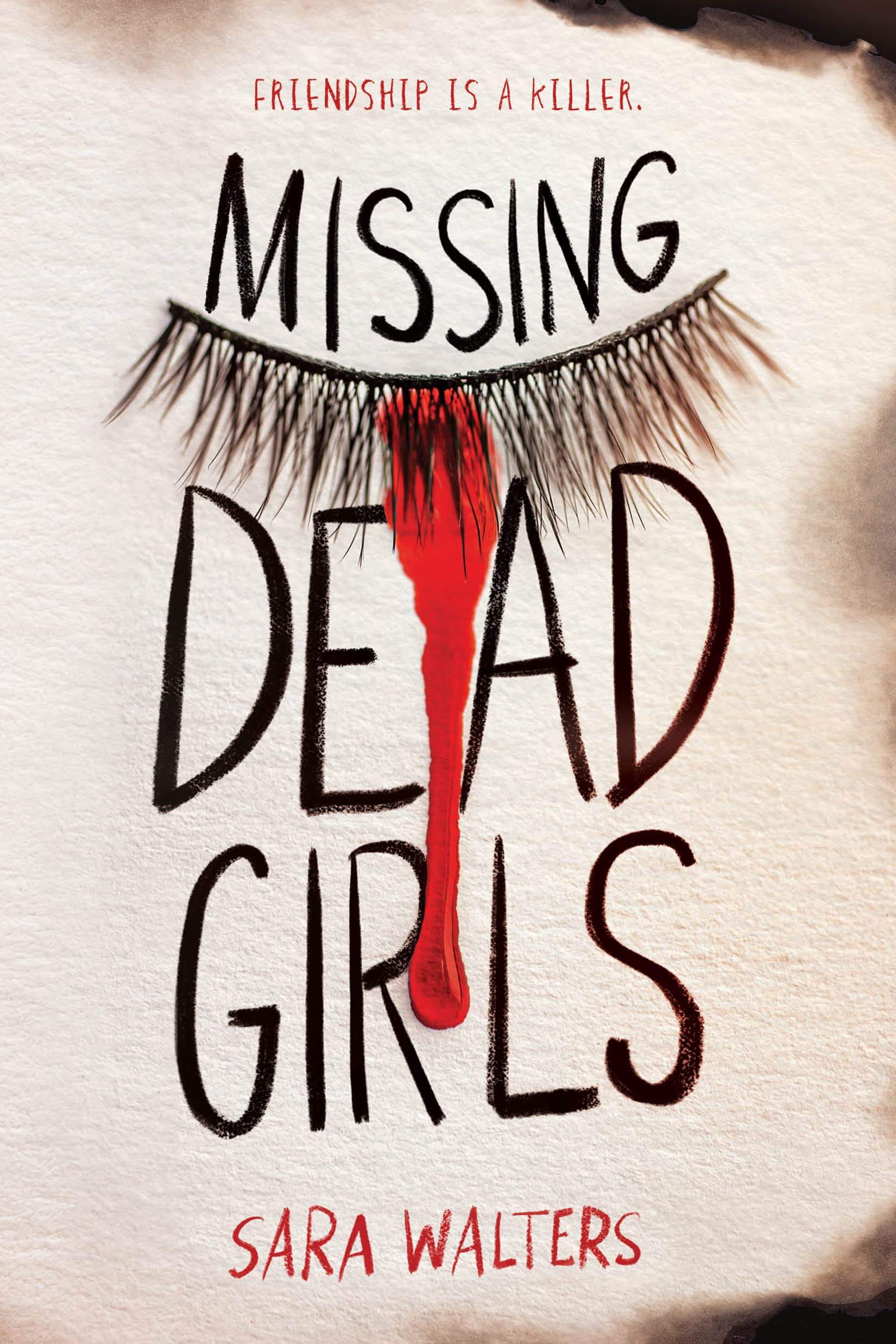 Tillie and her mom have just moved to the quiet suburb of Willow Creek for a fresh start after what happened during Tillie’s junior year. After arriving, Tillie meets the beautiful, rich and fun Madison Frank and thinks her past is finally behind her. When Madison goes missing and a picture of her bloody body is texted to the entire student body, Tillie is shocked. But the account has Tillie’s name on it and soon, Tillie is forced to face her past and get the answers as to what happened to Madison.

Here’s our favorite YA slasher reads>> 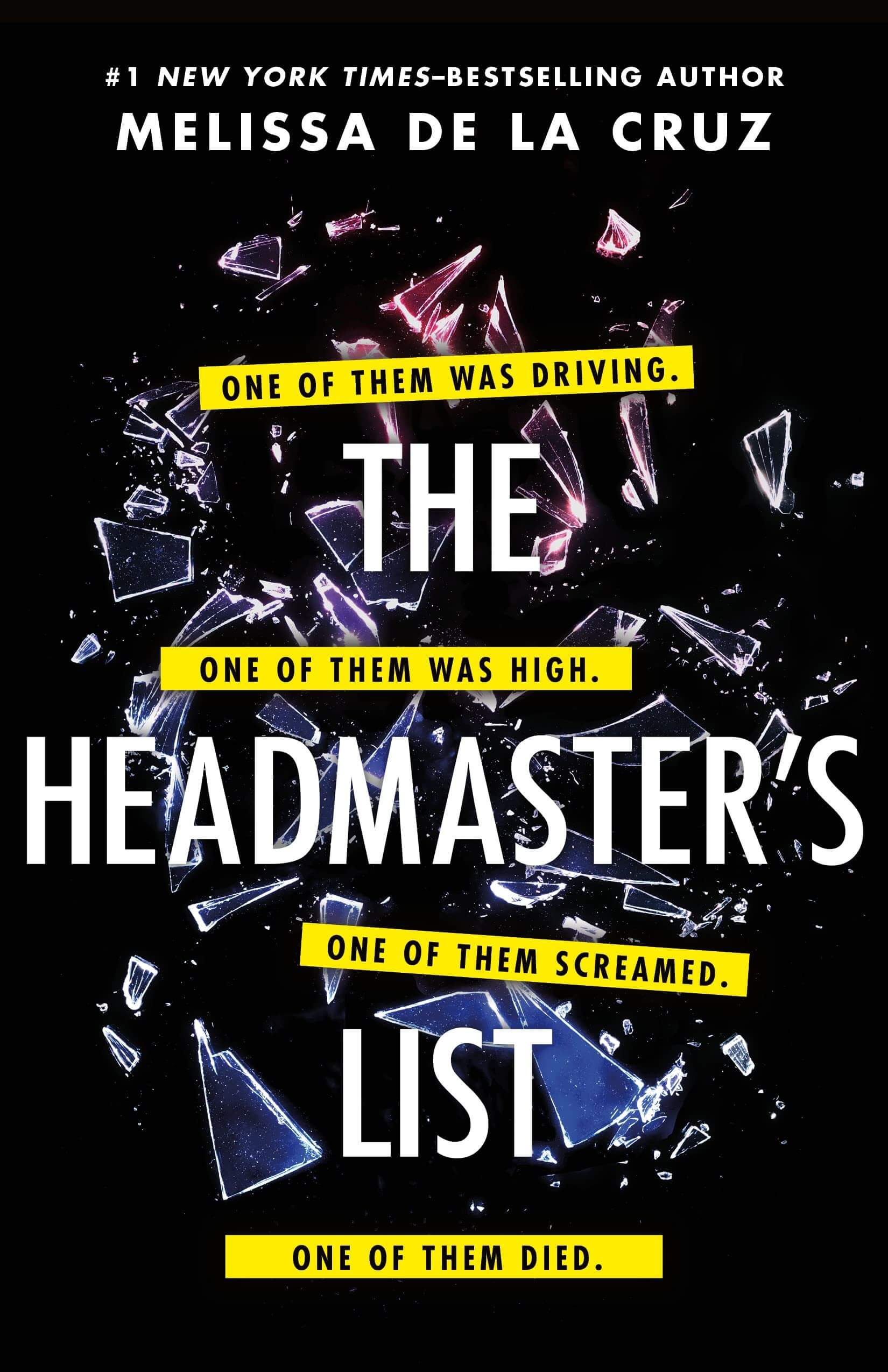 Chris Moore has just been killed in a car crash and Armstrong Prep is buzzing with rumors and questions. Spencer Sandoval has been hearing the rumor that her ex, Ethan, was the driver and she wishes she knew what happened that night. Spencer had been in the car with Ethan, Chris, and a girl named Tabby, but has no memory from that night. When a true crime podcaster begins to look into the case, Spencer searches for answers even further. Was this an accident or is the fact Chris was on the Headmaster’s List, the esteemed honor roll, part of what led to his death? 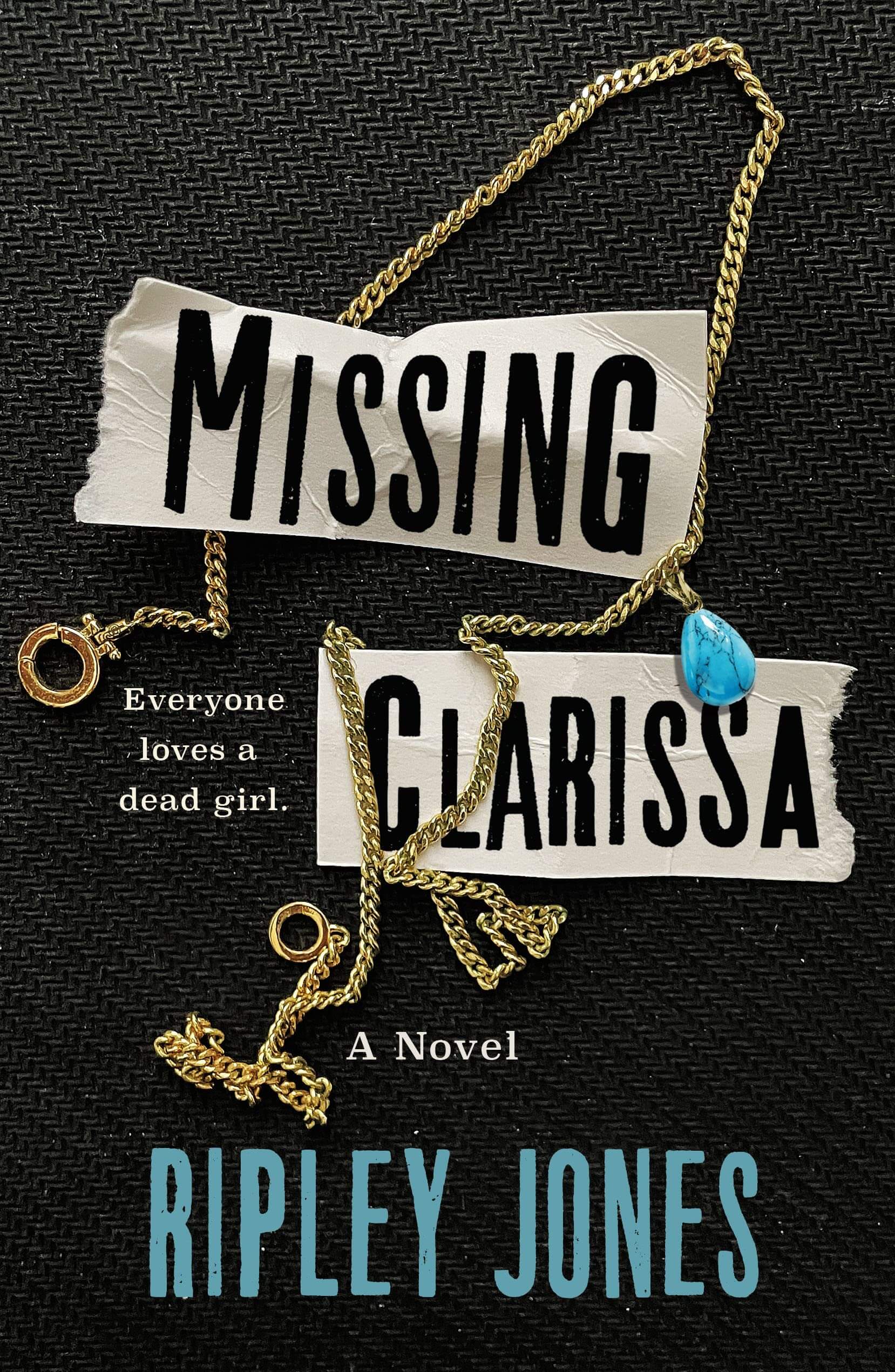 In 1999, popular cheerleader Clarissa Campbell disappeared from a party and was never seen again. Even with national coverage, no one ever got any answers as to what happened that night. Now, over twenty years later, high school students and best friends Blair and Cameron start a true crime podcast, determined to find out what happened to Clarissa. In their investigation, they uncover the truth about Clarissa’s relationship with her boyfriend, a suspicious art teacher, and some small town secrets. 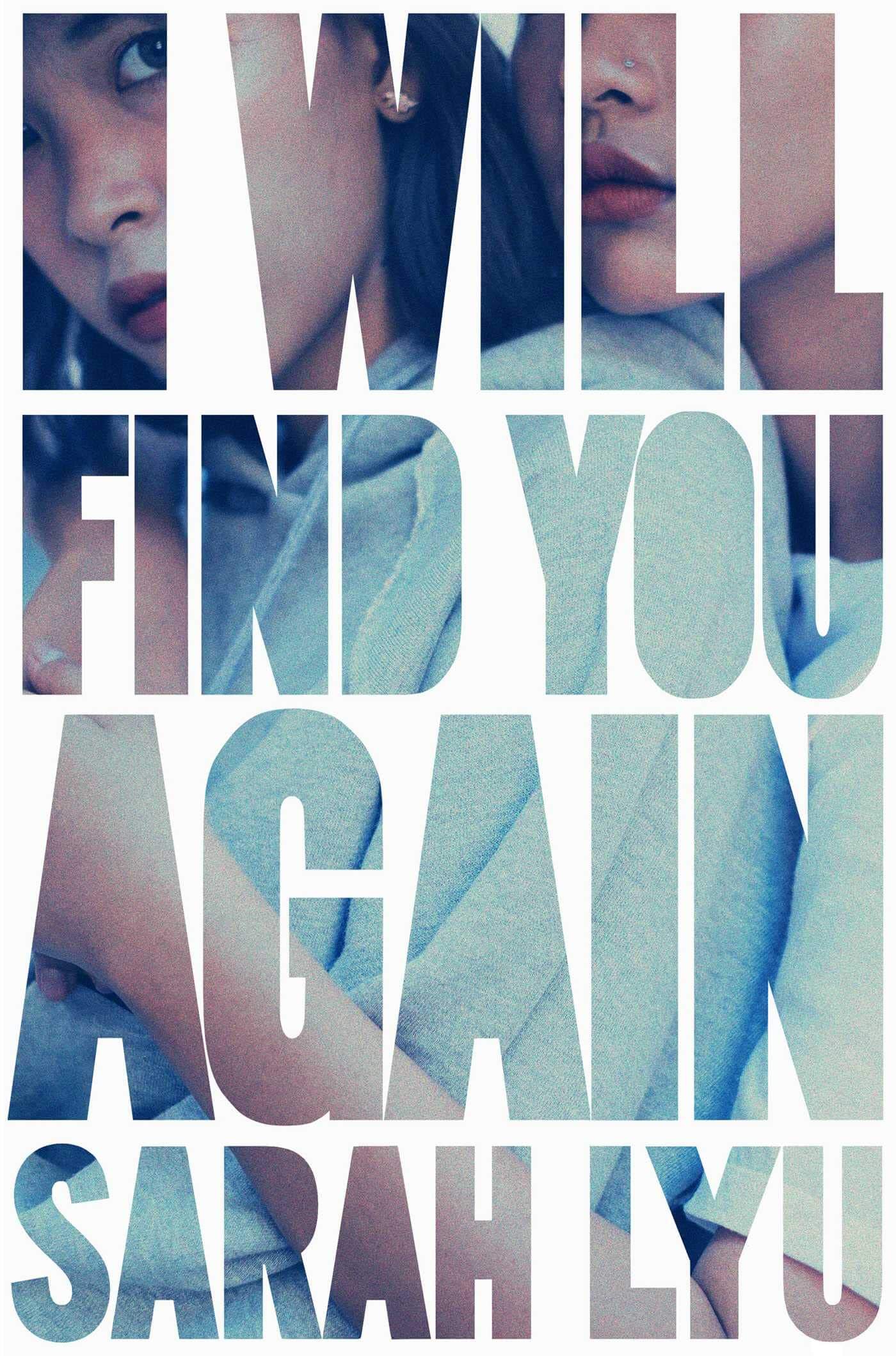 In Long Island, best friends Chase and Lia couldn’t be any different, yet seem to do everything together. Chase is the overachiever and Lia is more of a free spirit. They’ve experienced everything from sleepovers to true love together, blossoming their friendship. Lia is devastated when Chase disappears and she comes across some things that Chase has been hiding from her like pills, a rumor of cheating at school, and a deadly secret that will change everything Lia thought she knew about Chase. 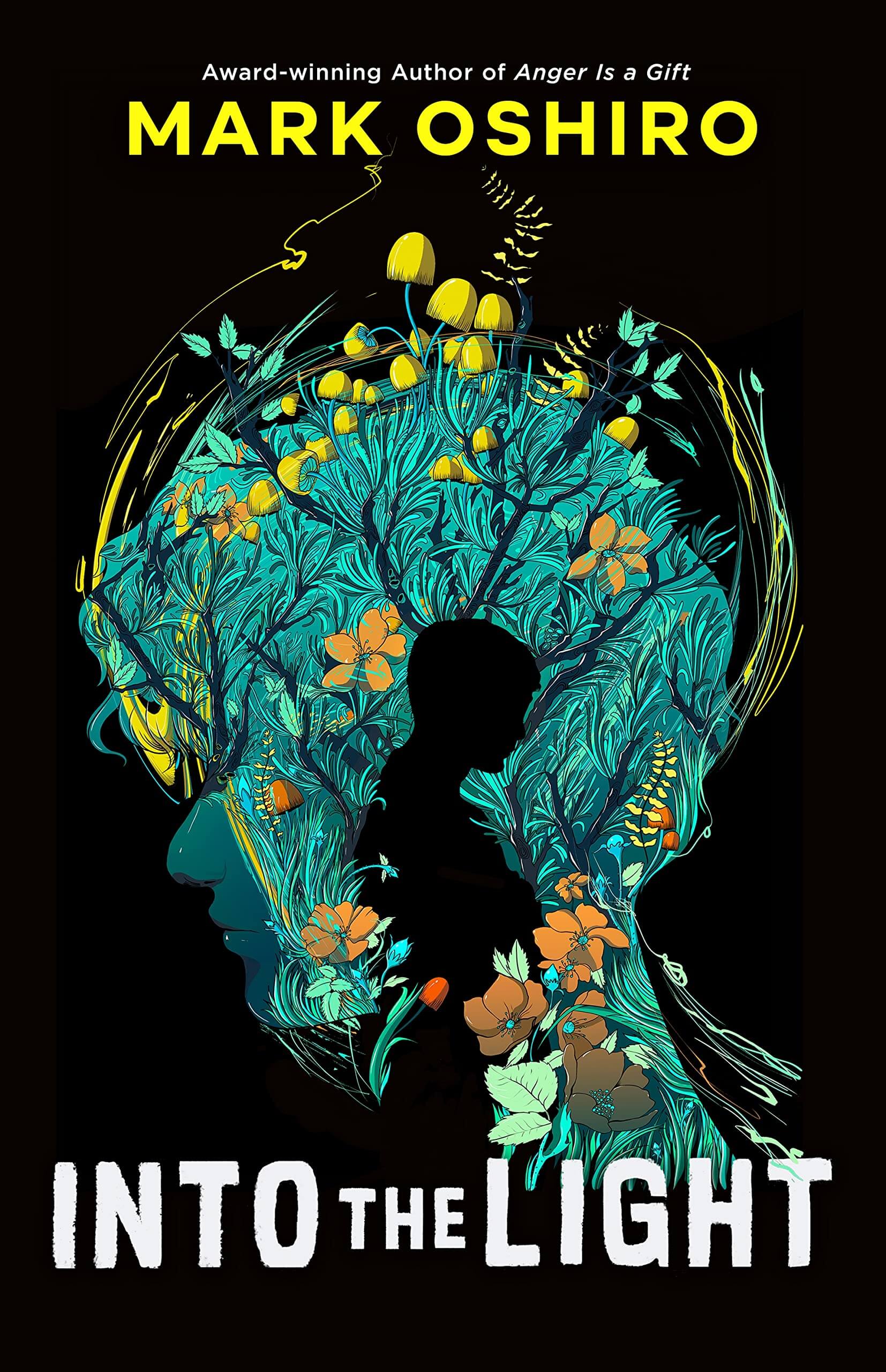 For the last year, Manny has been surviving in the wilderness of the American Southwest after being cast out of his family. Now, he’s joining the attractive Eli and the Varela family on a traveling adventure for a fresh start. Meanwhile, the docile Eli lives in a secluded community and does what he is told, but he can’t seem to shake the fact that he cannot remember anything from his past. When an unidentified body is found in California, these two men will both be drawn to the case and forced to face who they really are. 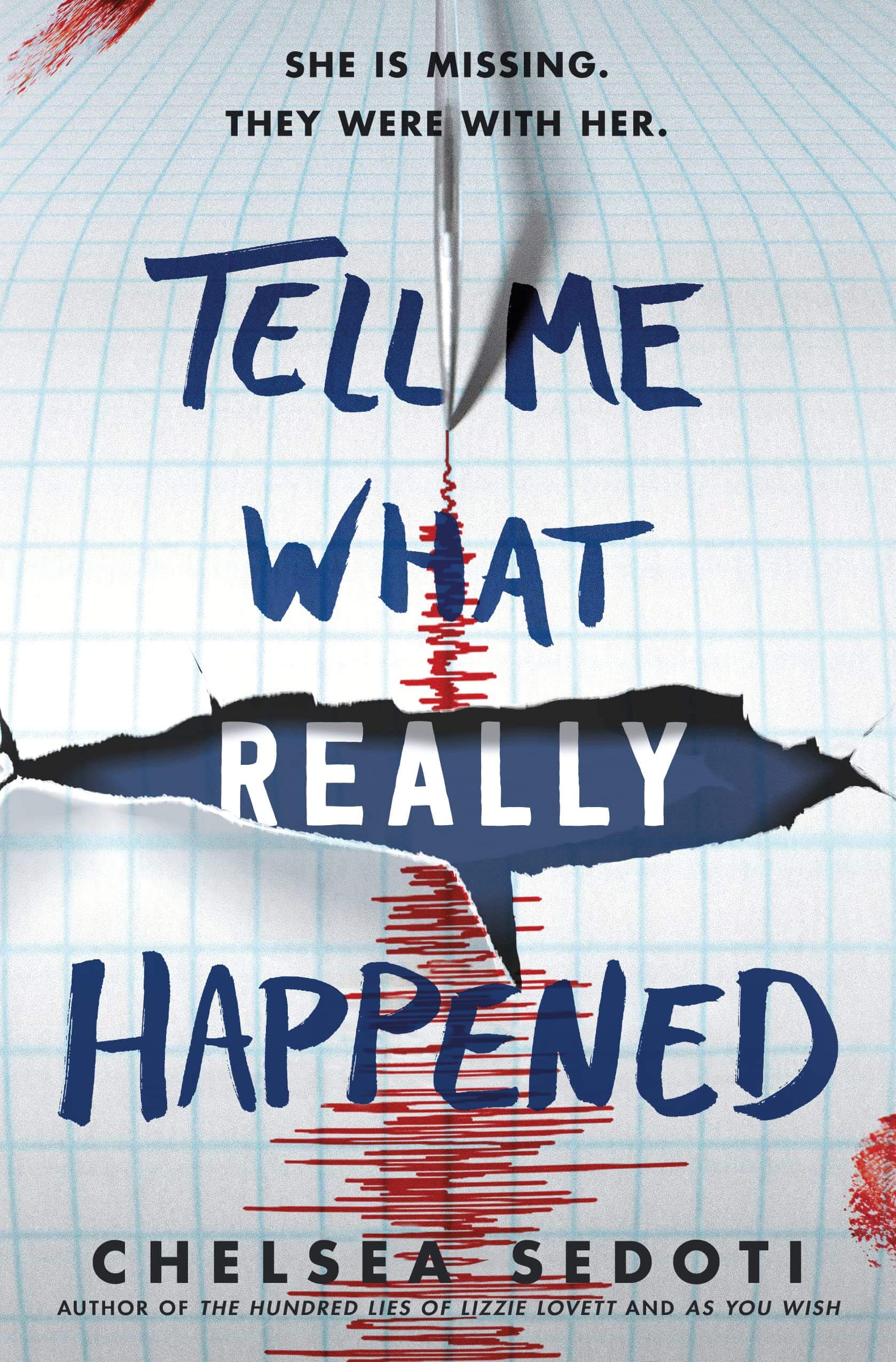 Tell Me What Really Happened by Chelsea Sedoti (4/4)

When five friends go to Salvation Creek for a weekend of camping and fun, they never expected it would result in a missing person with the police involved. But she had the idea for five friends to get away from their parents and now at midnight, she’s gone missing. With the remaining four friends all suspects, each one of them has a different story when being interviewed by the police. Who is lying and will she come back? 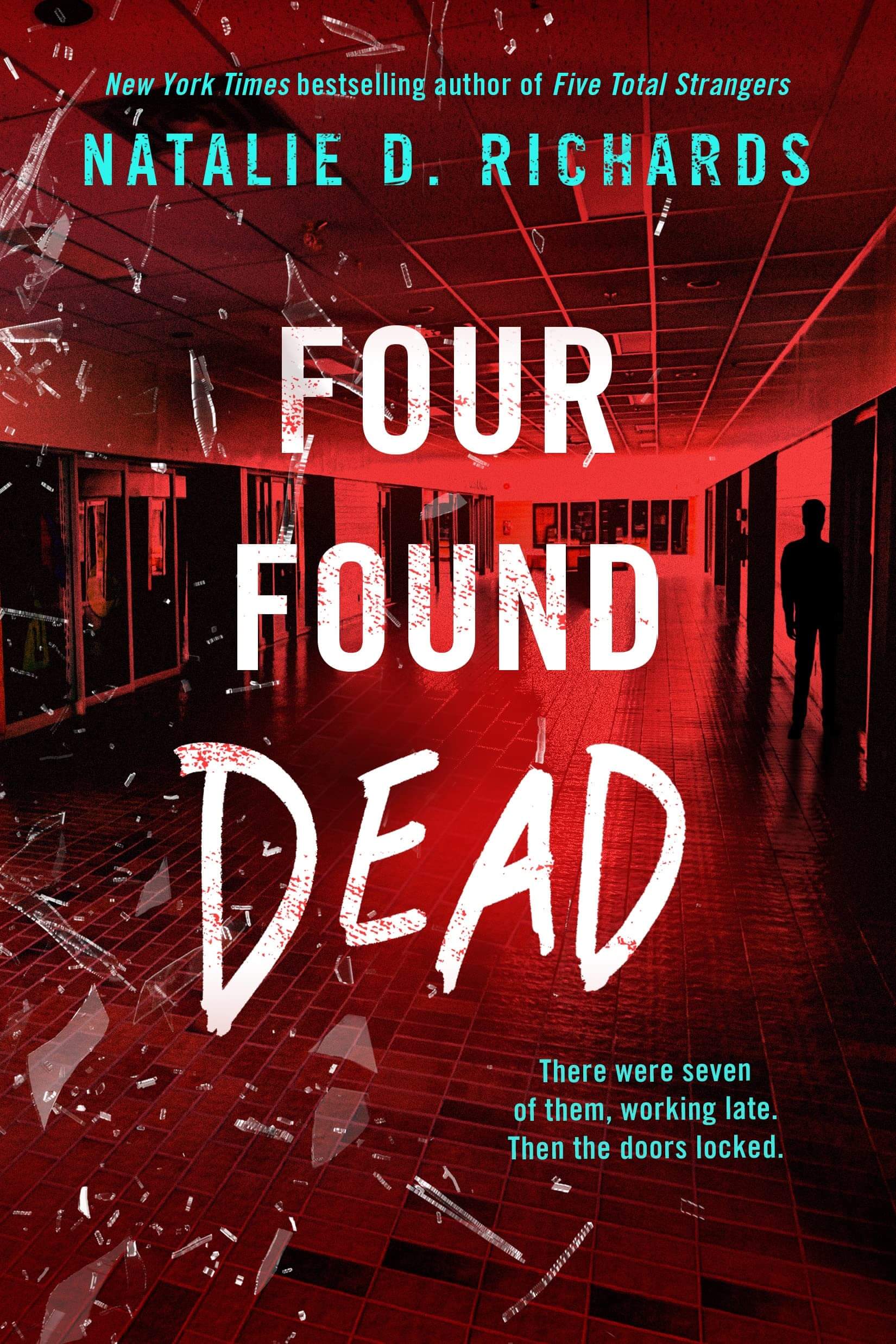 Tonight is the last night that Jo will be working at the Riverview Theater, the last place open in a dying shopping mall. Now, a stranger has shown up with a terrifying accusation, the power has gone out, and the manager has disappeared, holding the keys to the exit and the safe that holds everyones’ cell phones. The only chance to escape is for Jo and her friends to rely on one another to escape a killer throughout an abandoned mall. 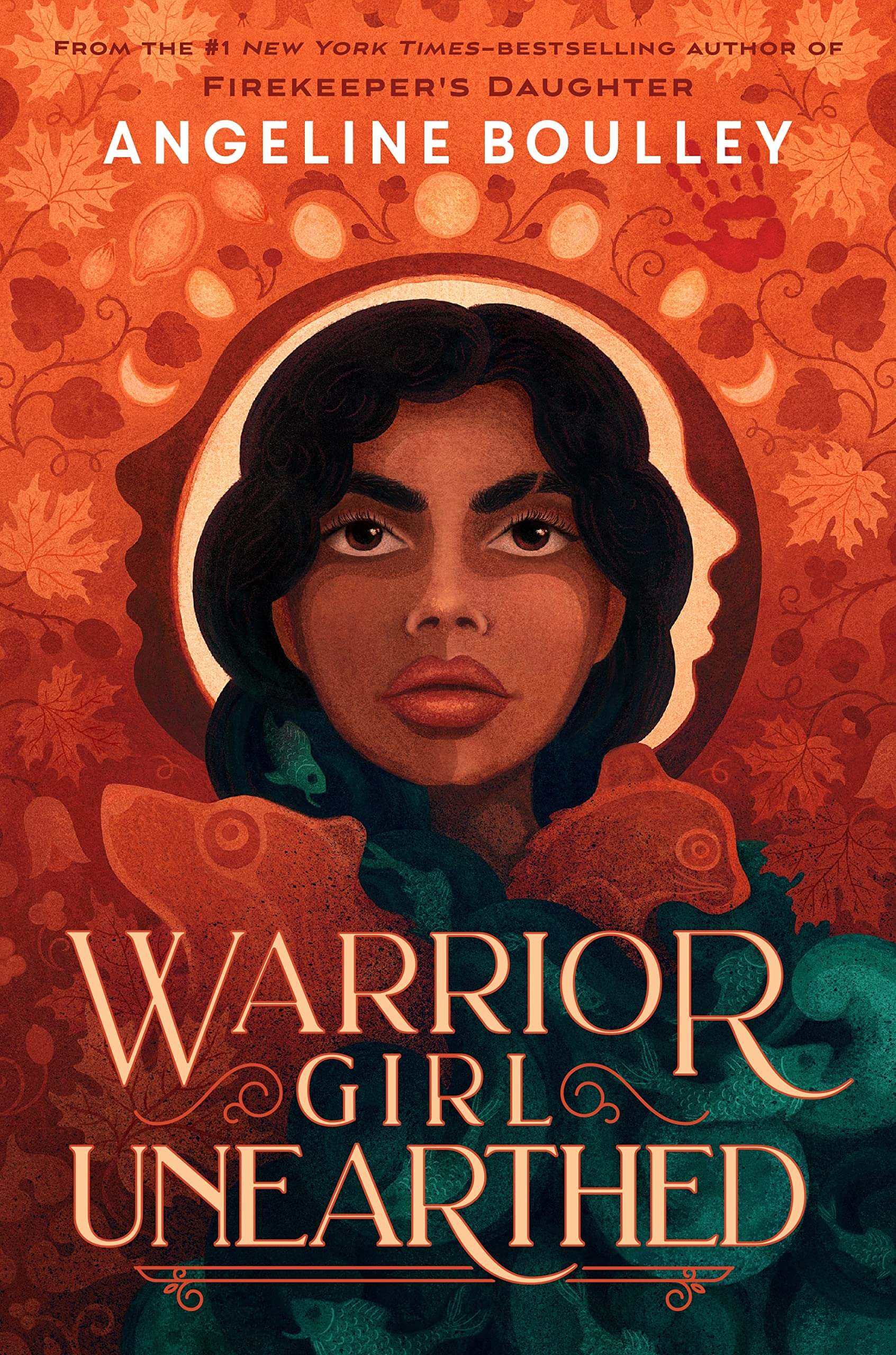 Perry Firekeeper-Birch may have the reputation of the more relaxed twin who is the best fisher on Sugar Island, but she also is known to be a troublemaker. Perry never planned on venturing too far from home, but she begins to realize that could be what puts her in danger when the rising number of missing Indigenous women keeps climbing, her family becomes involved in a murder investigation, and thieves are trying to profit from what belongs to the Anishinaabe tribe. Now, Perry must rely on her family, friends, and community to take matters into her own hands.