Nothing says summer like a good domestic thriller, the perfect genre to read on the beach, by the pool, or in the comfort of your blasting AC. With plots that aren’t too dark or violent, they are juicy and binge-worthy. The suspense of diving into a psychologically-charged thriller that focuses on relationships under the same roof can feature some of the best twists and turns. From serial killer wives to missing husbands to adoption drama, this list will keep you occupied—until October comes around with new thrills and chills. 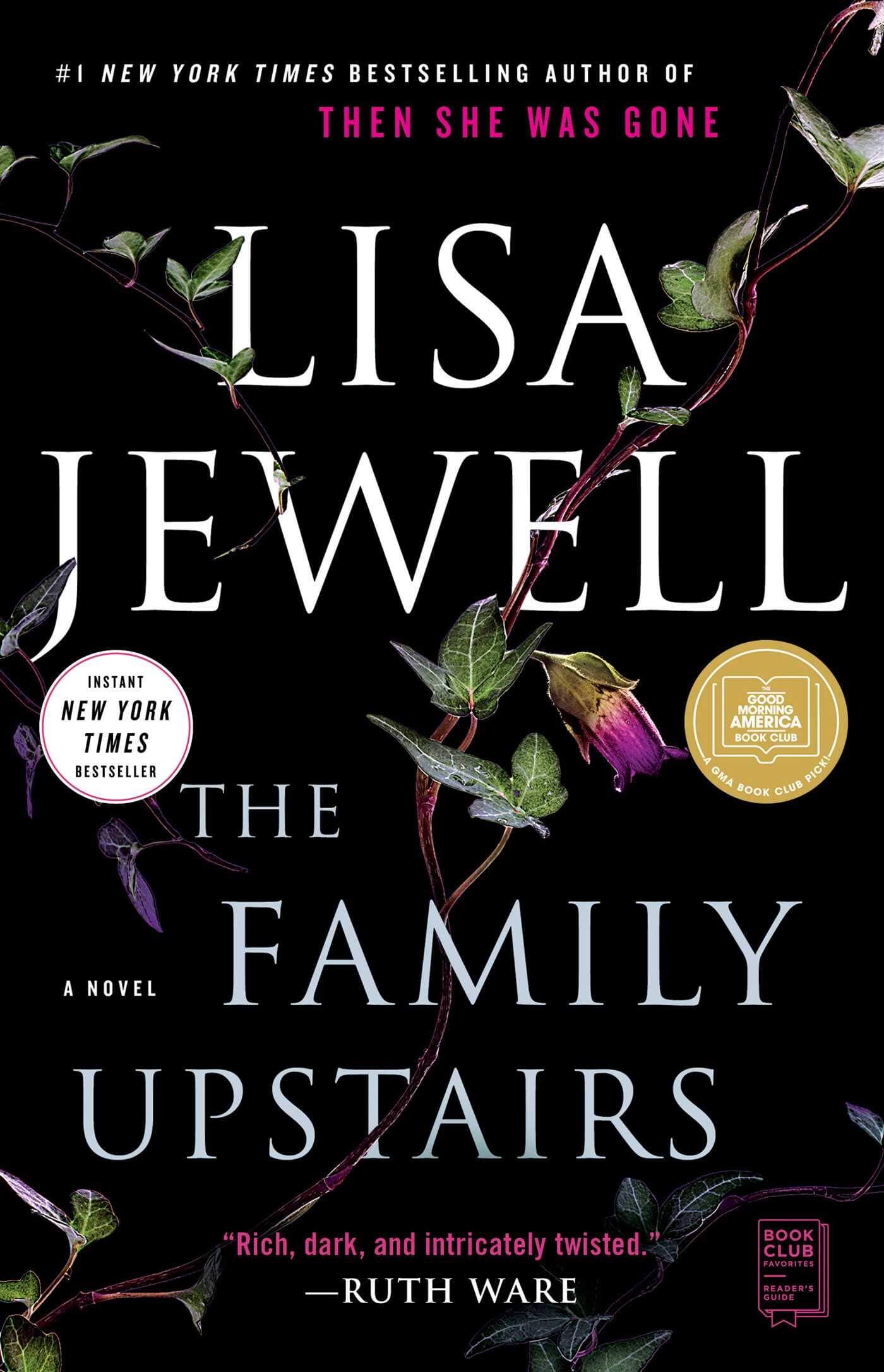 Clemency’s friend Lucy text messages her when she’s in France telling her she needs to come back to London ASAP….the baby is back. Libby, a 25 year-old woman has just inherited a beautiful house in a wealthy area of London that has been being held for her since her adoption at six months old. As Libby investigates the dark secrets the house holds and the story of her birth parents, Clemency and Lucy rush to make it in time to keep secrets of their own from Libby. What dangers did they escape from the house as children and is the worst of it over? 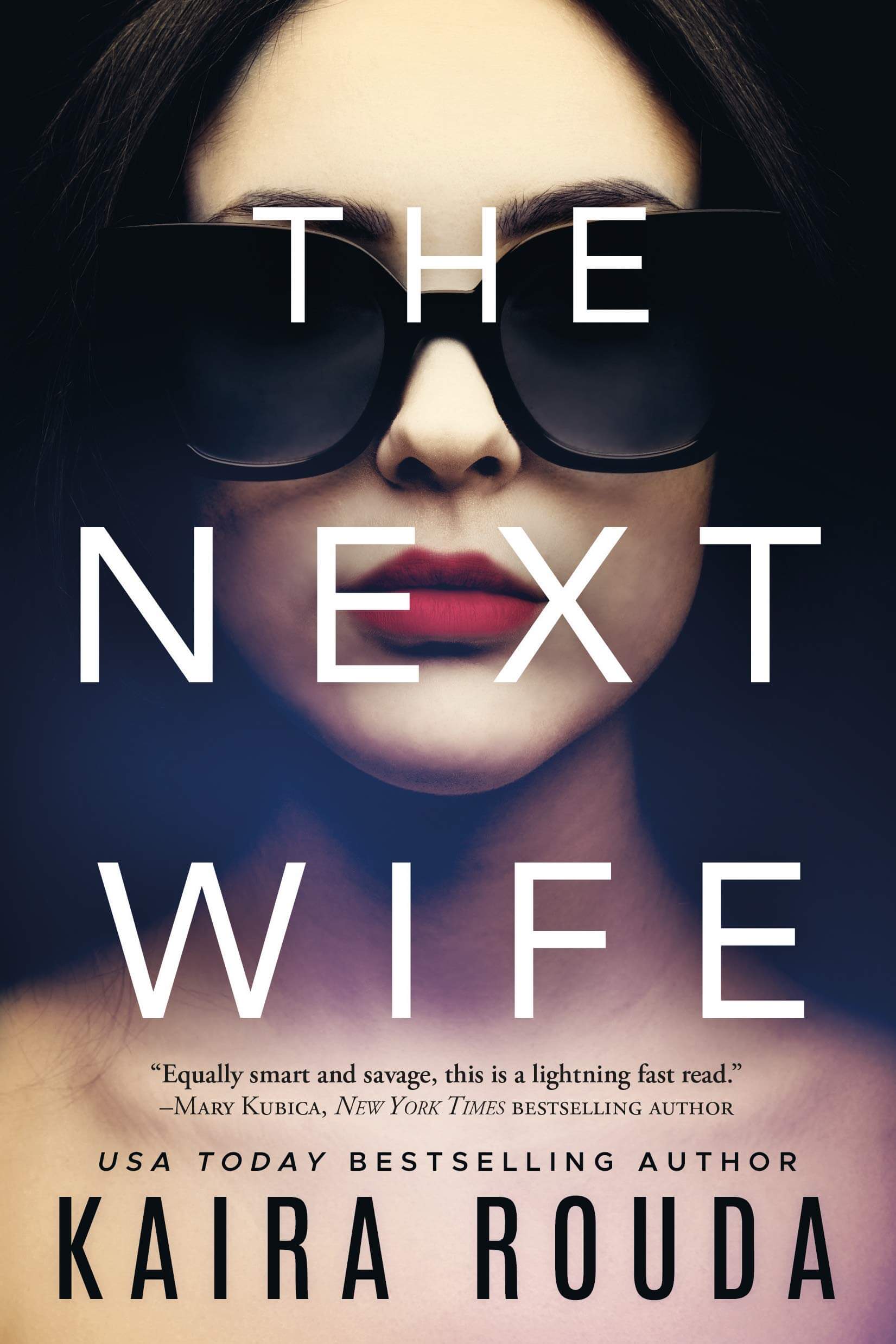 The Next Wife by Kaira Rouda

Tish is a young woman with a rich older husband who seemingly has it all. The only problem is Tish is suspicious of John cheating and his ex-wife Kate, who still runs the family business with John. Tish’s paranoia starts to get the best of her as she is constantly trying to be one step ahead of Kate and plans for a romantic getaway so she can have John all to herself. But, things like this never go as planned and after one tragic event, the games really begin. 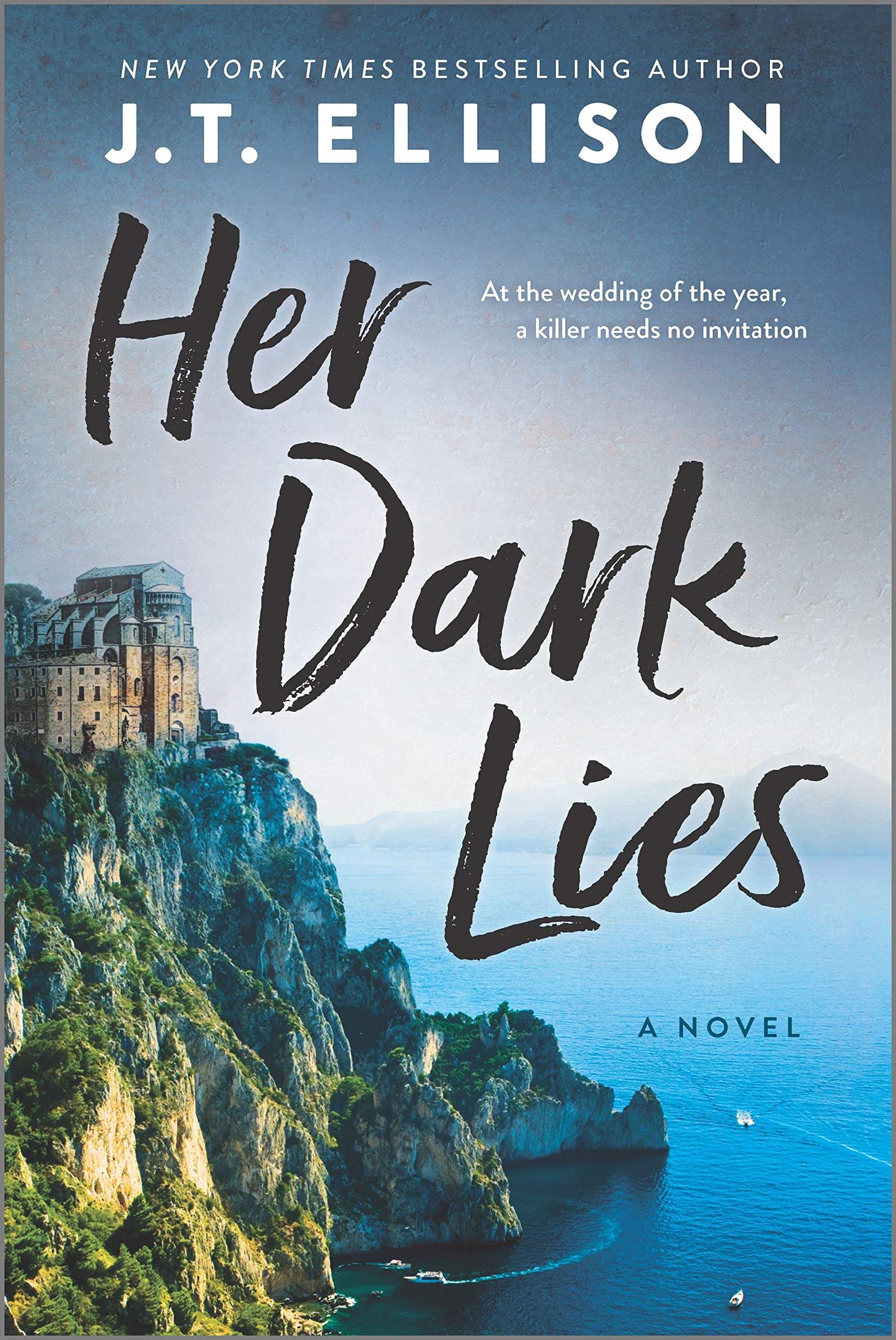 Her Dark Lies by J.T. Ellison

Claire and Jack are about to tie the knot in a luxurious villa in Isle Isola off the Italian Coast, but Claire is in for a rude awakening when things start to go wrong the minute she arrives. Her wedding dress gets ruined, she starts receiving menacing texts, and skeletal remains are found. As a raging storm starts to fall upon the wedding party and the power goes out, Claire’s fears start to escalate as the one mystery that she is close to getting answers to is what really happened to Jack’s first wife. 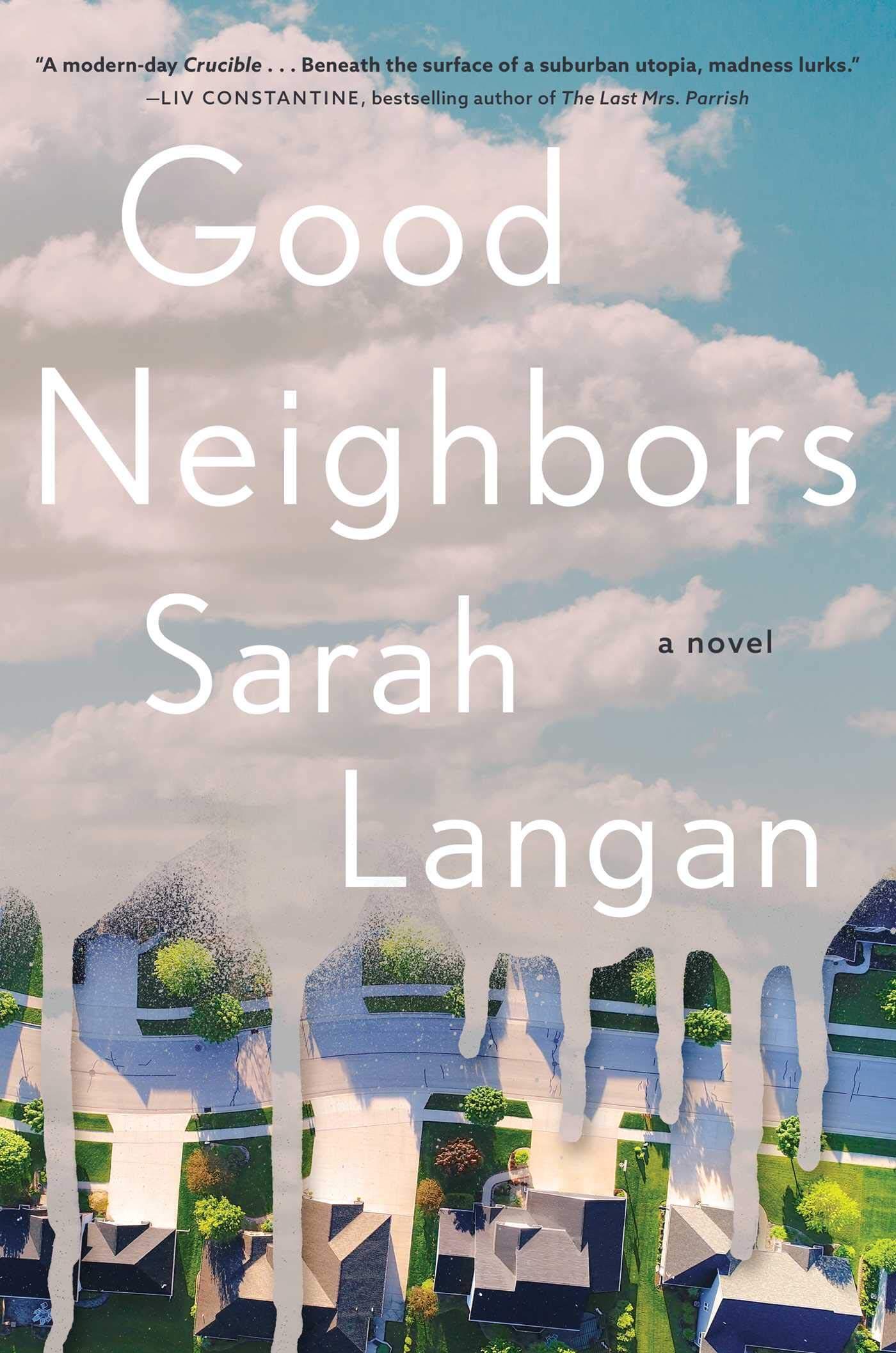 The Wilde family do not fit in at all with the other residents of Maple Street, but the Queen Bee, Rhea Schroeder welcomes them with open arms anyway. That is until one alcohol-fueled hot summer night when too many secrets were revealed too soon in the friendship. Now, the Wildes are outcasts and the tension is becoming almost as unbearable as the summer heat. When a sinkhole opens and Rhea’s daughter falls inside and a shocking accusation is made against the Wildes, the war of the Schroeders versus the Wildes is one that will have all of their neighbors talking. 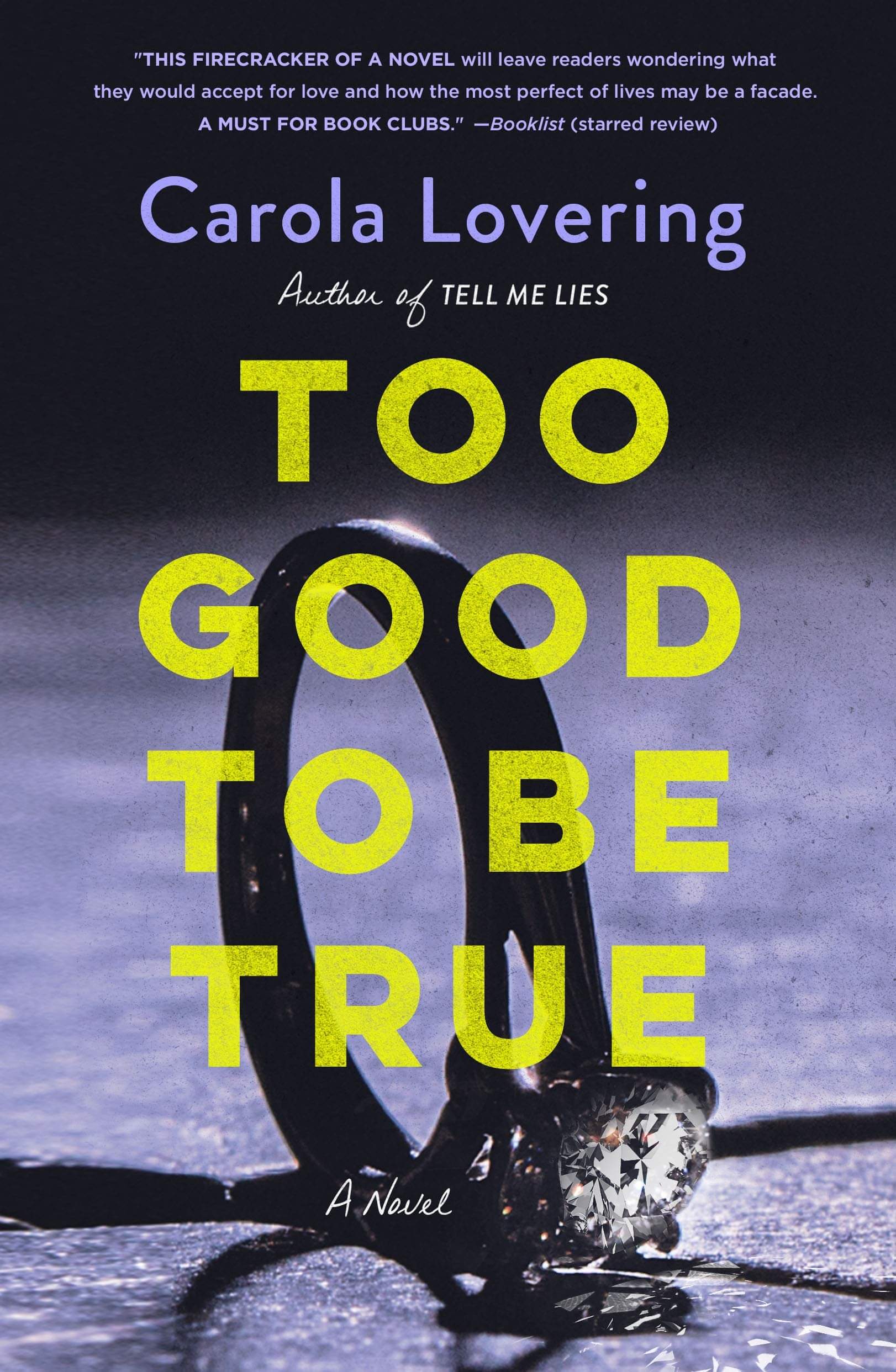 Too Good to be True by Carola Lovering

One love story of two marriages with three versions of the truth. Skye is a young woman from a wealthy family who has battled with her OCD since her mother died when she was younger. Her boyfriend Burke has just proposed and Skye couldn’t be happier. Burke is older and by far the best boyfriend Skye has ever had, but he’s hiding some dark secrets that he confesses in letters to his therapist…Burke is already married and not looking for love with Skye, but something darker. 17 years earlier, a young woman named Heather is ridding herself of bad-boy Burke and destined to make a great life for herself in New York City. As the wedding date approaches, Skye gets closer to finding out the truth about Burke and his deadly game. 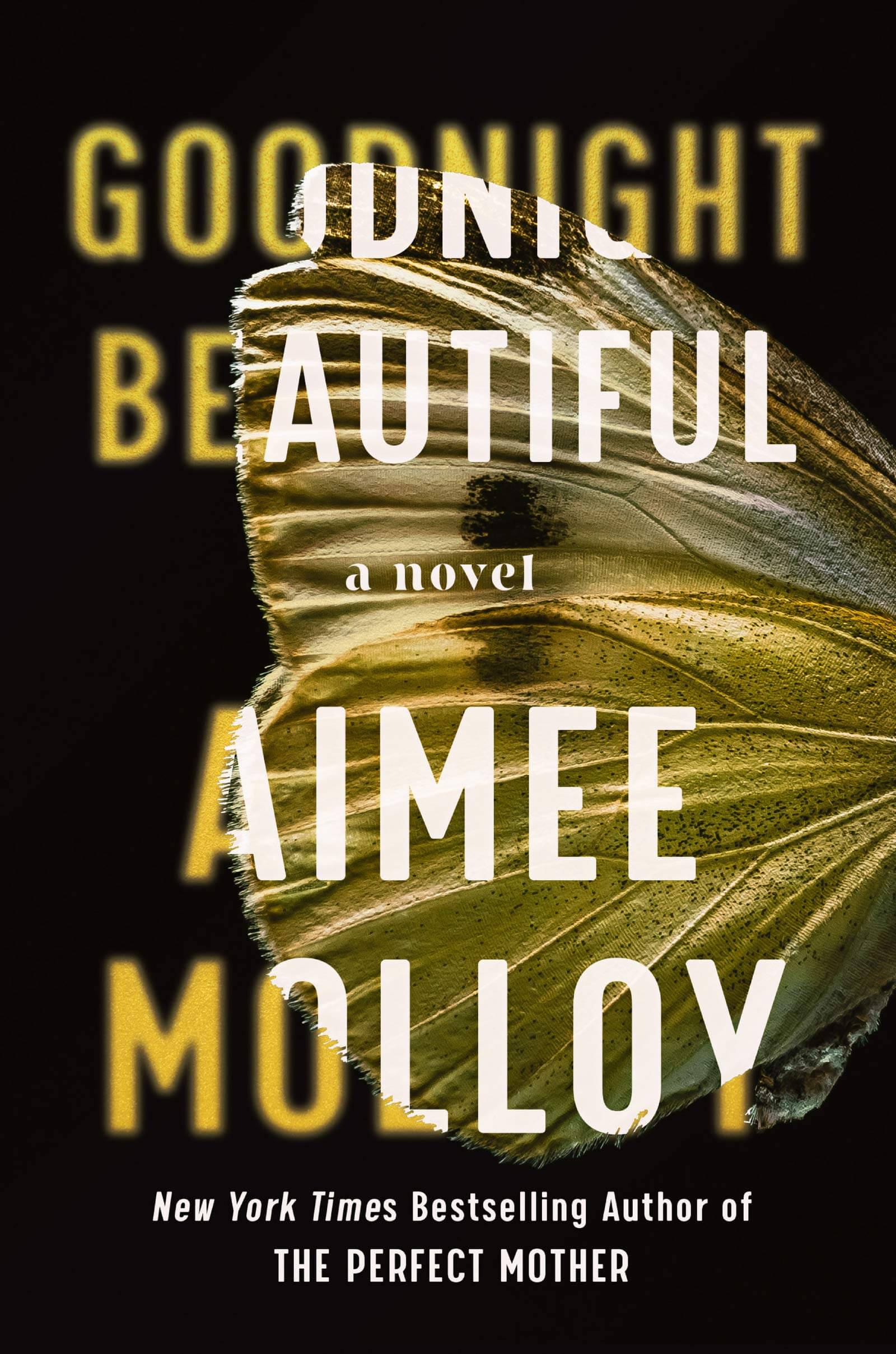 Sam and Annie are newlyweds who are leaving the hustle and bustle of NYC for a sleepy suburb in Upstate New York. Their days in the new home are spent with Annie alone upstairs while Sam, a therapist, sees his patients in his downstairs office. While Sam deals with his patients, Annie can hear everything through a vent and can’t help but eavesdrop. That is until a young woman in a green mini Cooper shows up and Sam disappears. Now with a missing husband, Annie must get to the bottom of what happened to Sam and if this mystery woman is involved. 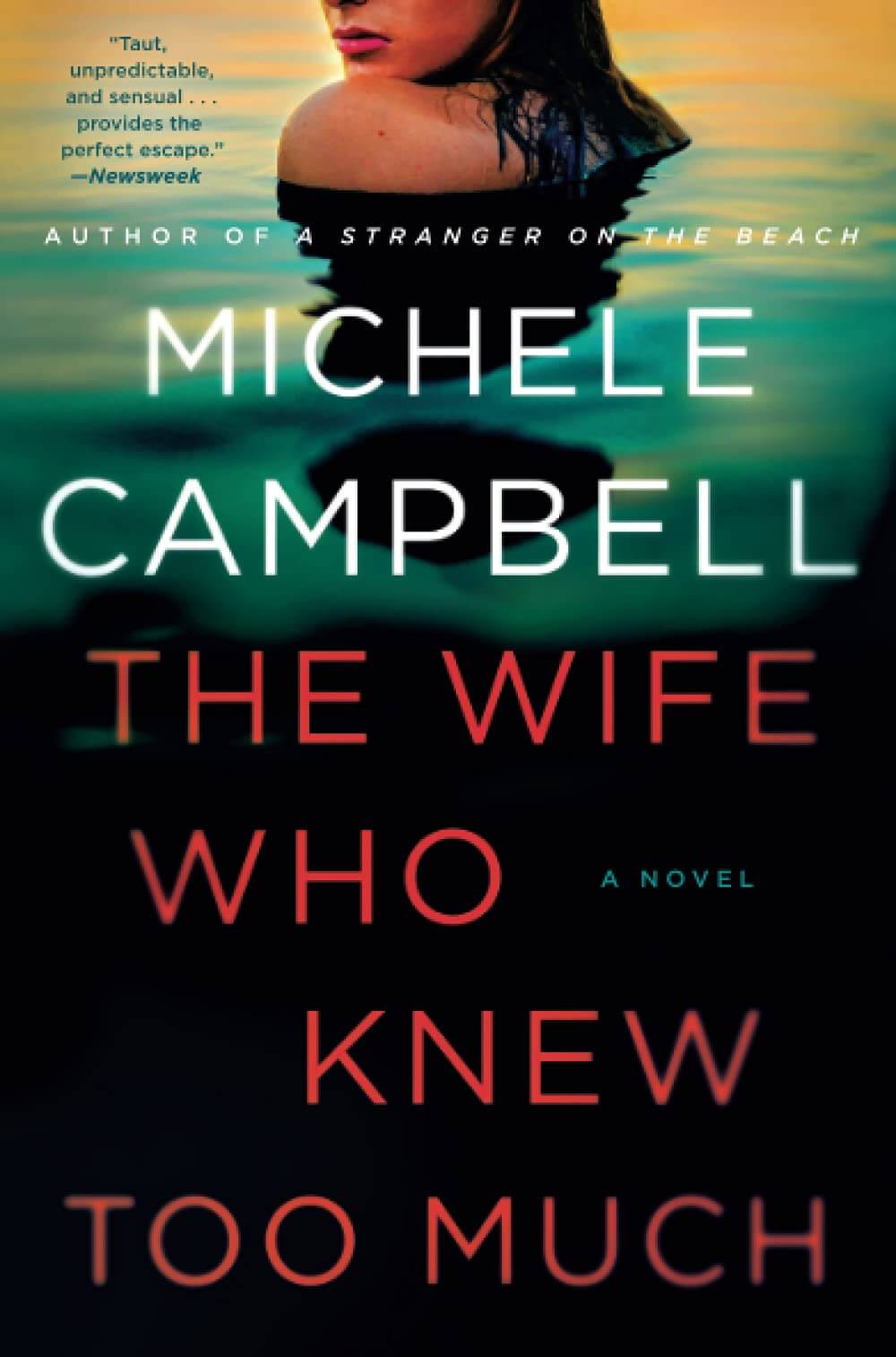 The Wife Who Knew Too Much by Michele Campbell

Mrs. Ford was a beautiful woman who was filthy rich and married to a much younger man and ended up dead. Now, there’s another Mrs. Ford, a small-town waitress who just recently married a man she had a summer romance with a decade ago. Who is Connor Ford and what happened to the first Mrs. Ford? Will his second wife end up with the same fate? 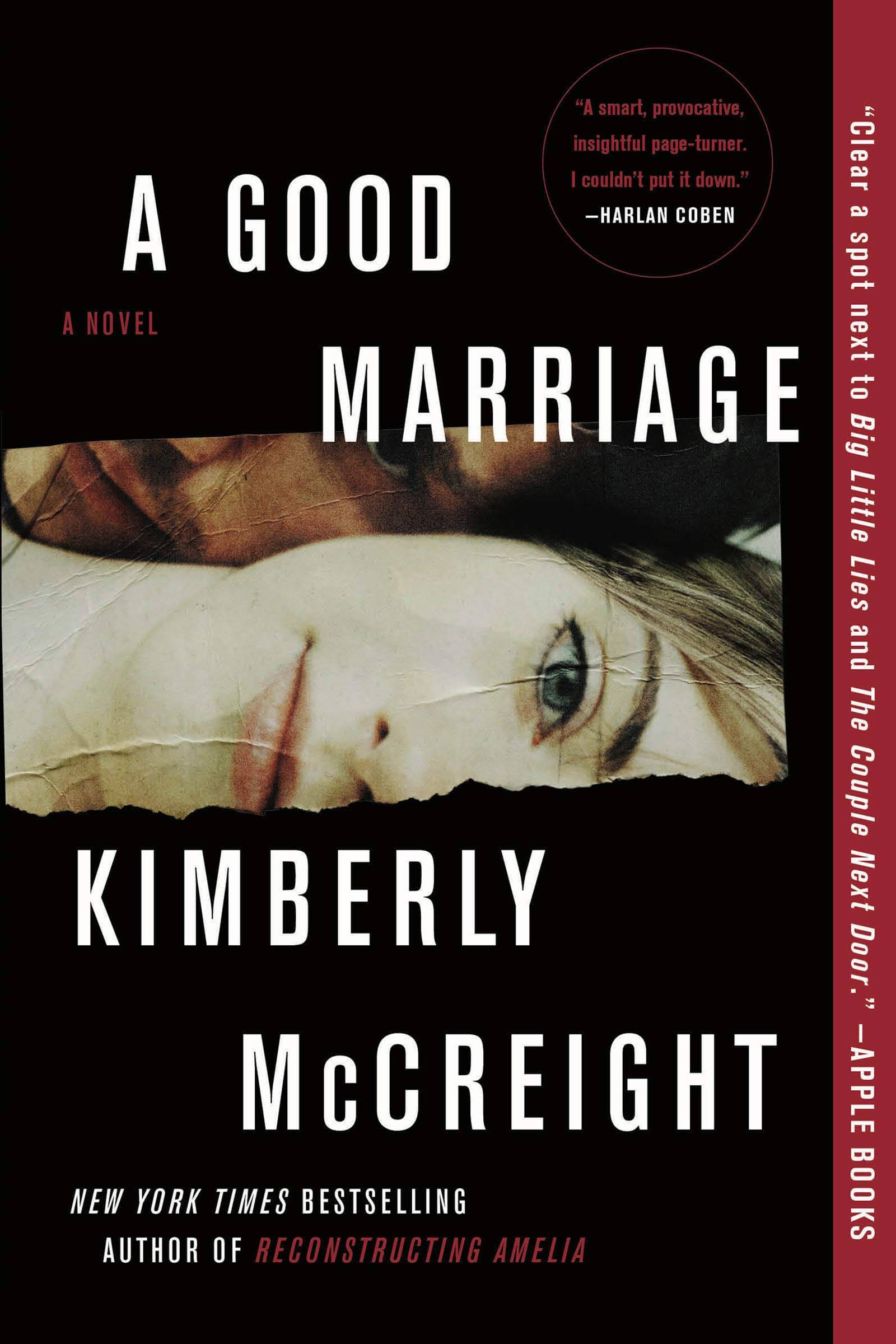 A Good Marriage by Kimberly McCreight

Lizzie is a lawyer with a great husband and a happy family. One night while working late, she gets a call from Rikers; an inmate is asking for her help. The inmate is a friend of Lizzie’s and he is the prime suspect in the death of this wife, Amanda. Lizzie takes on the case and as she investigates what really happened to Amanda, she begins to learn that their marriage wasn’t what it seemed and the close group of friends she and her husband have may all be protecting secrets of their own. 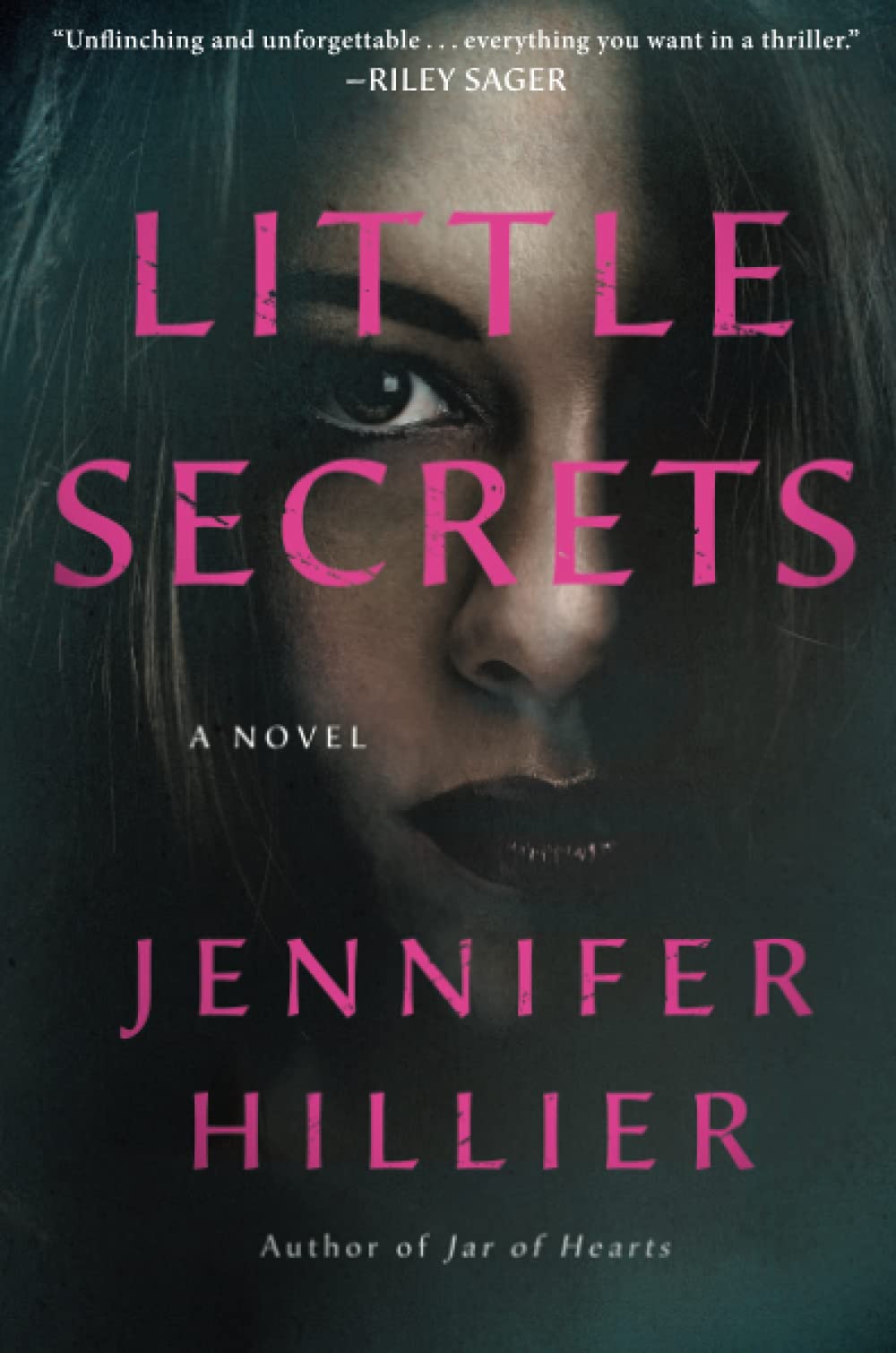 Marin and her husband Derek are a successful couple with the perfect life until the day their son, Sebastian is taken. A year later and Marin is not the same woman at all. The police have no leads, the media is no longer covering any stories regarding Sebastian, and the private investigator she has hired has no news regarding her missing son, but has found Derek is having an affair. Determined to not lose her husband, Marin enters a deadly cat-and-mouse game where she must not only get Derek back, but eliminate the competition. 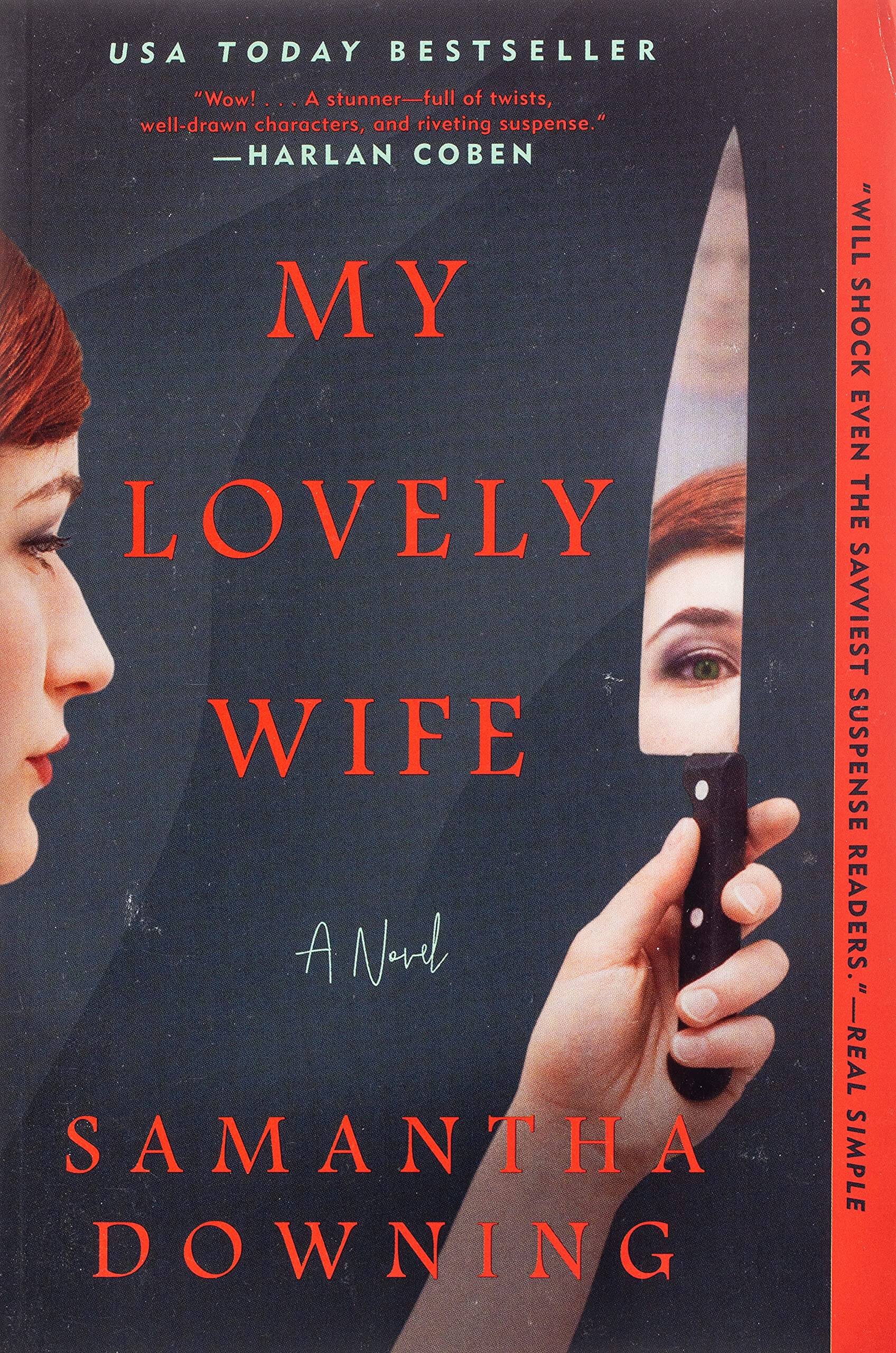 Millicent and her husband have been married for 15 years. He is a tennis instructor and she is a real estate agent. They have two beautiful kids and live in a nice suburb. Life is perfect, right? But after 15 years of marriage, things got a little boring and they needed to spice things up a bit. But Millicent and her husband aren’t like other couples. The secret to keeping their marriage alive just happens to be murder. 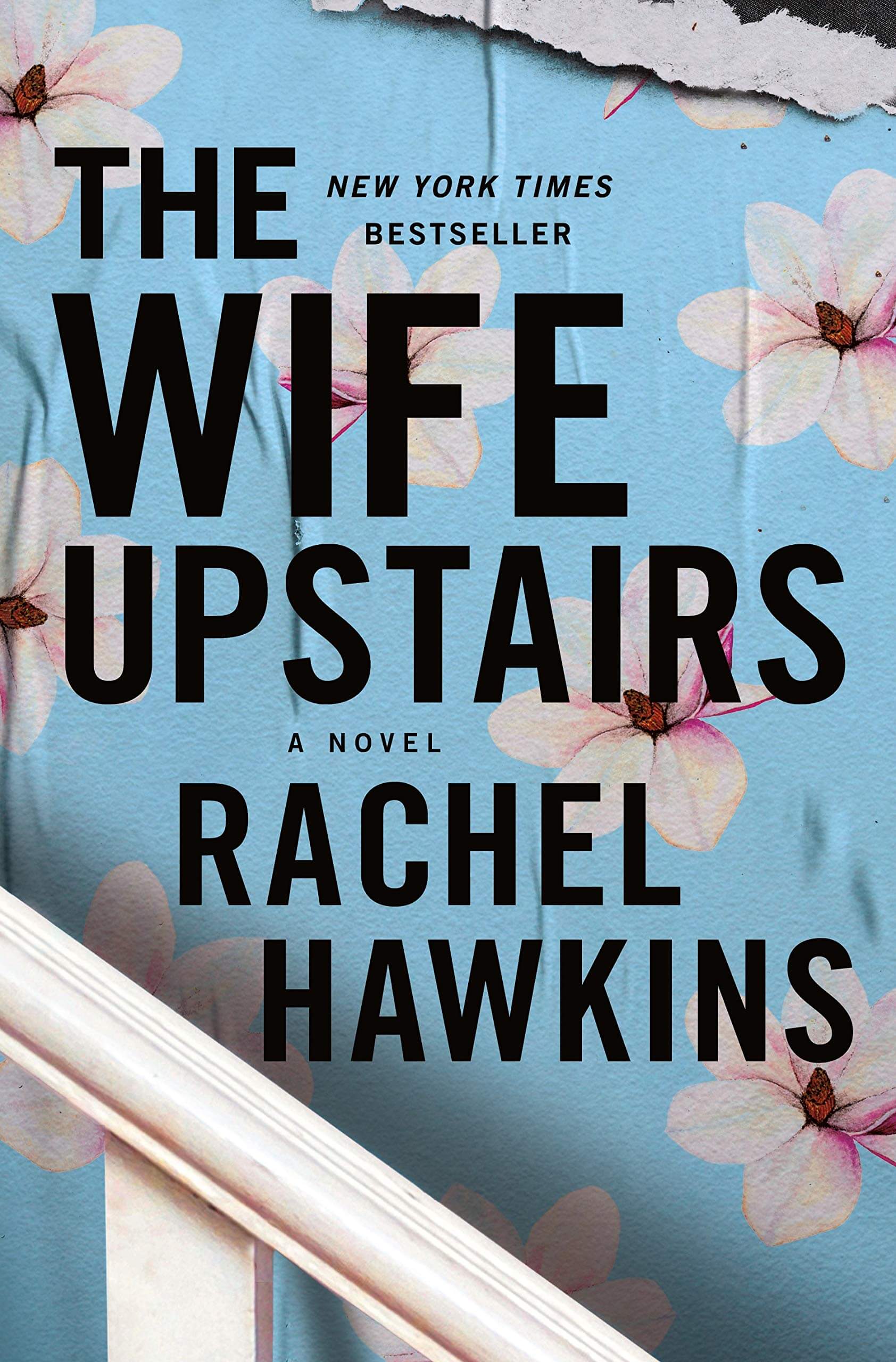 The Wife Upstairs by Rachel Hawkins

Jane is a young dog-walker in a wealthy gated community who meets Eddie Rochester, a young and rich widow whose previous wife drowned in a boating accident. Both have a mysterious past and as Jane and Eddie’s relationship begins to blossom, Jane is not only competing with the success story of Eddie’s previous wife, but the mystery that surrounds her death. As the possibilities of Eddie and Jane’s pasts catching up to their relationship becomes unavoidable, Jane finds herself in a twisted web of lies and deceit.

Check out these thrillers perfect for fans of true crime!>>