As book lovers, there’s just something satisfying about reading a book about a book. Or a tale centered around a favorite author, librarian or bookstore. And if you’re a sucker for the world of science fiction and fantasy, you’ll enjoy these stories centered around fantasy and books about books.

Here are the must-read books about books>> 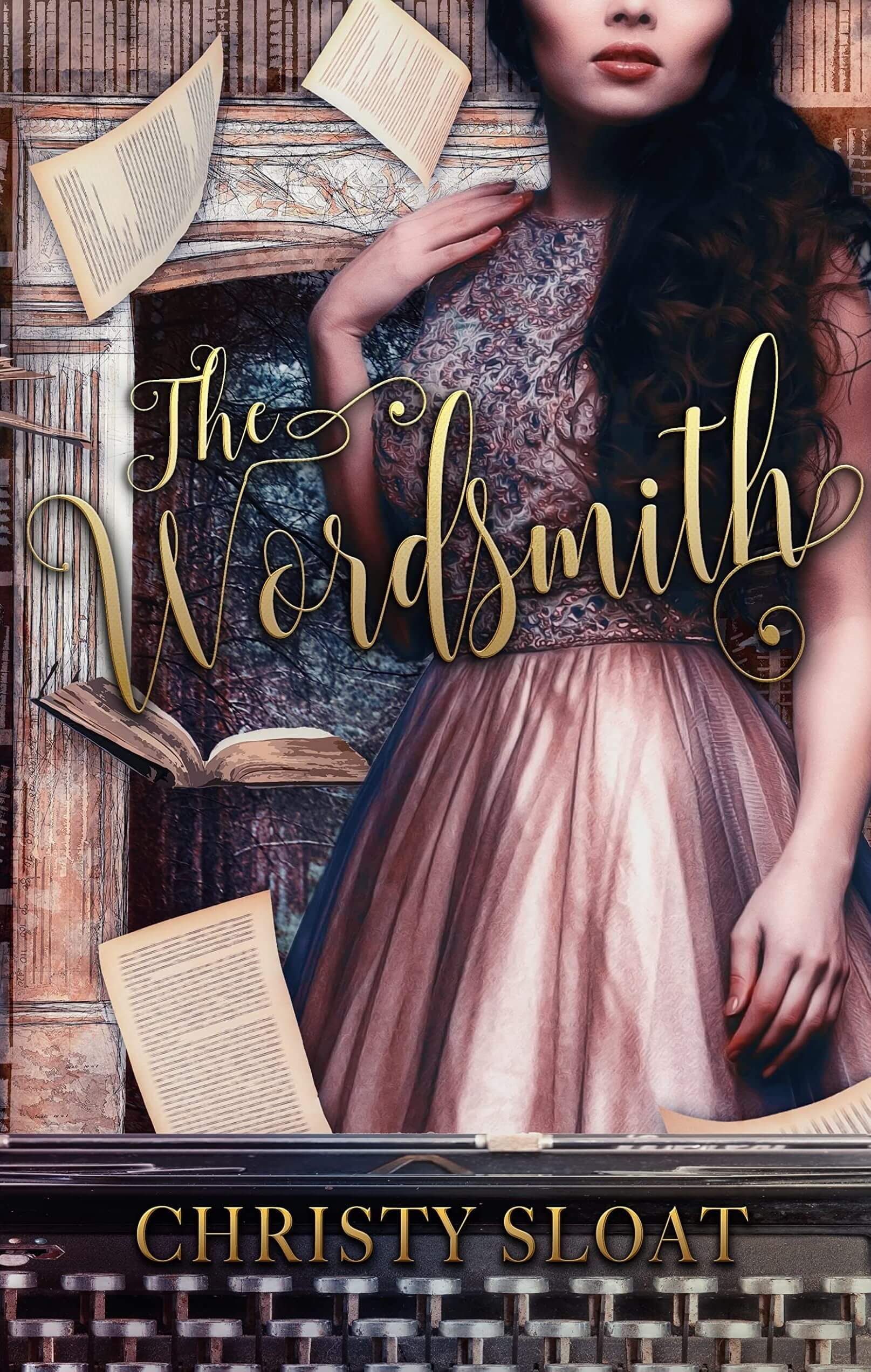 The Wordsmith by Christy Sloat

Larah Arden is a struggling author. Her latest fantasy novel is complete, but what started as a normal editing process ended with Larah being thrown onto the pages of her book. In a world filled with Elves and Fae, Larah finds herself amongst the very same characters she created, which means the ruthless Blackstones. When the king of elves is found, and Larah is the prime suspect, she’ll have to start making connections and changing the story she wrote if she’s to be free. She’ll just have to hold on long enough until someone from her world pulls her out. 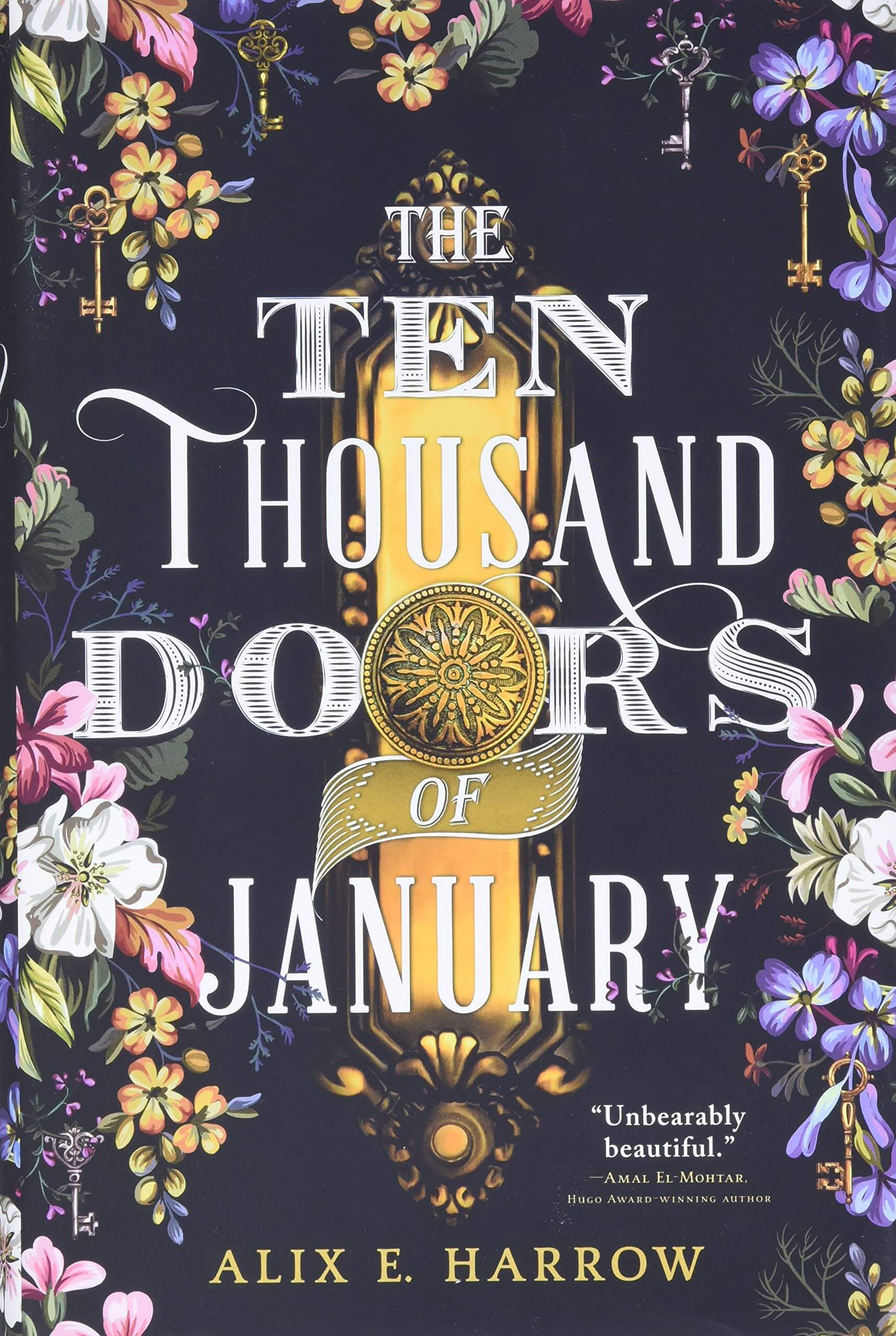 The Ten Thousand Doors of January by Alix E. Harrow

Seven-year-old January Scaller lives in a peculiar mansion with sprawling treasures, and a keeper that ignores her. Mr. Locke is a wealthy collector who collects rare and different items. January’s father is traveling the world looking for Mr. Locke’s items which keep him away from her. It’s no wonder she explores the decorated halls. Days before her 17th birthday she discovers a unique book called The Ten Thousand Doors. This book shares secrets of doors that lead to Valhalla, Atlantis, and other places one would never find on a map. 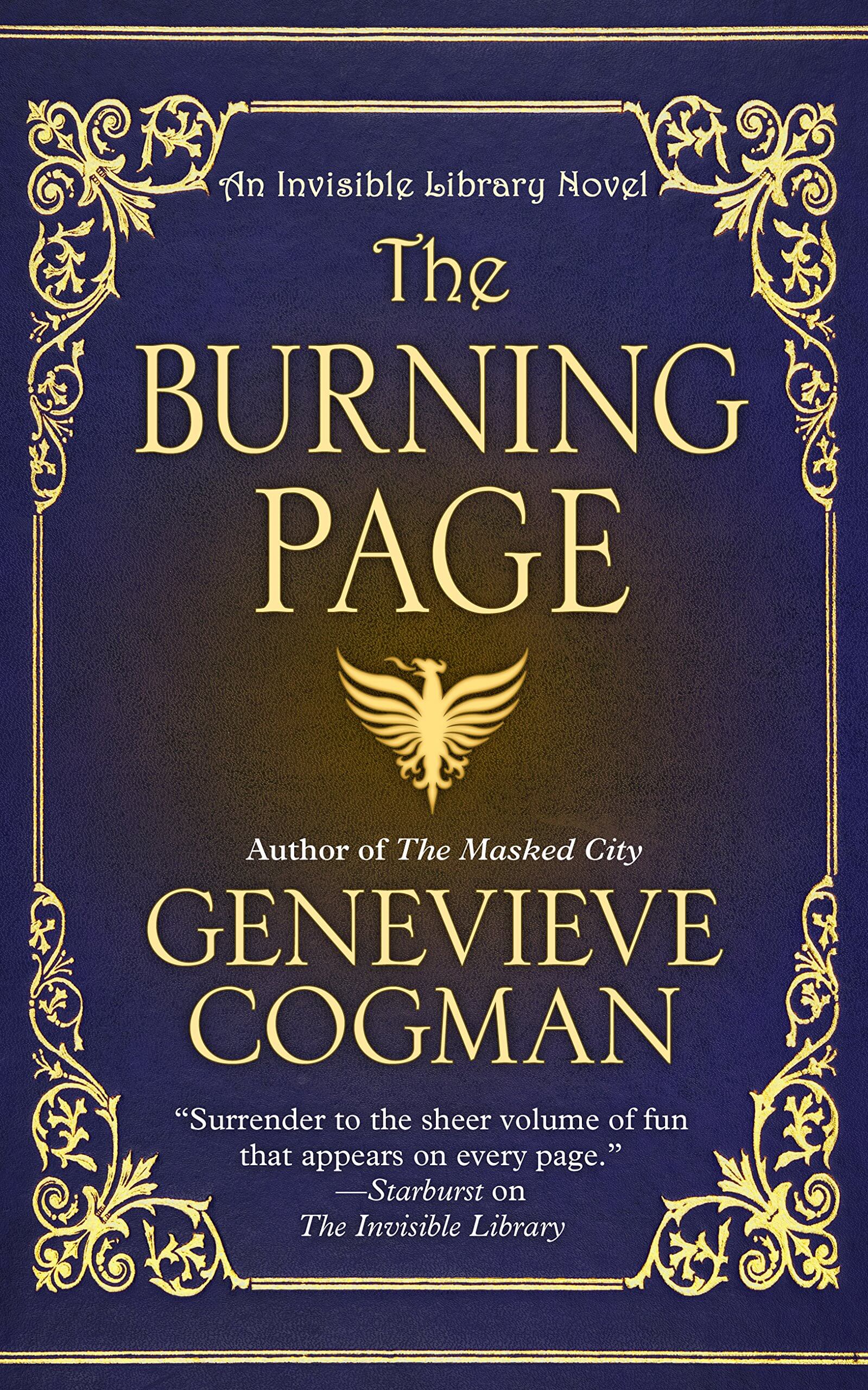 The Burning Page by Genevieve Cogman

Librarian spy Irene is on probation. Due to unfortunate circumstances, she’s stuck on fetch-and-receive assignments for the Library. Irene tries to hold herself to professional standards, but somehow trouble continues to find her and her dragon prince apprentice, Kai. Irene’s nemesis, Alberich, has returned, and his plans this time include destroying Irene and the entire library. With Alberich’s plan coming so close, Irene must use every tool at her disposal, but the one set to betray her will be the most surprising. 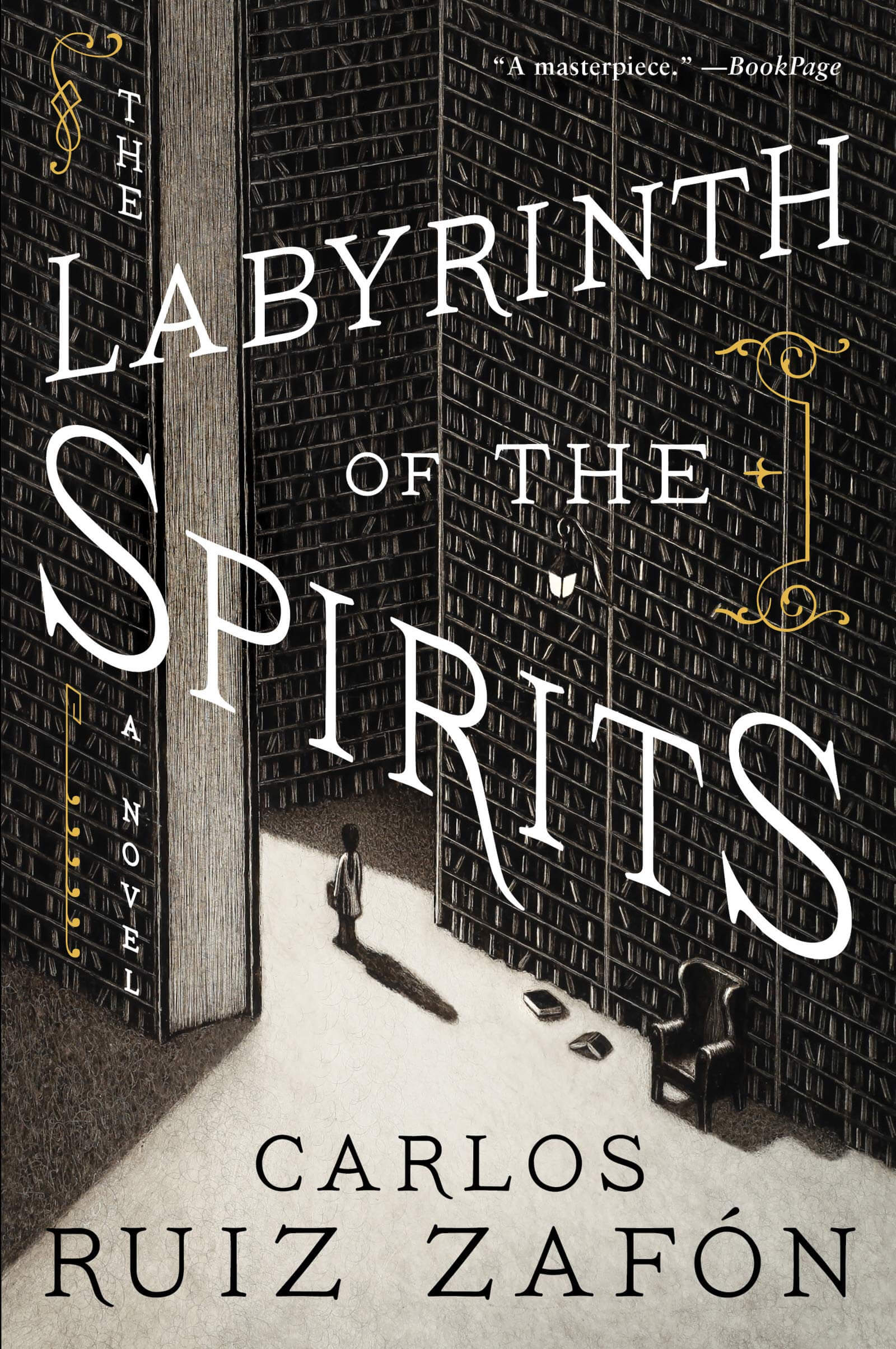 The Labyrinth of the Spirits by Carlos Ruiz Zafón, Lucia Graves

Alicia, a twenty-nine-year-old investigator, works for Spain’s secret police in Madrid. It’s a job she is working to leave, until her boss Leandro Montalvo requires one final job before she goes. Along with her partner Juan Manuel Vargas, an intimidating policeman, they uncover a rare book that will lead them to the mysterious disappearance of Spain’s Minister of Culture, Mauricio Valls. Their clue takes them on a trip to meet writers, booksellers, and to a person who knew her parents. 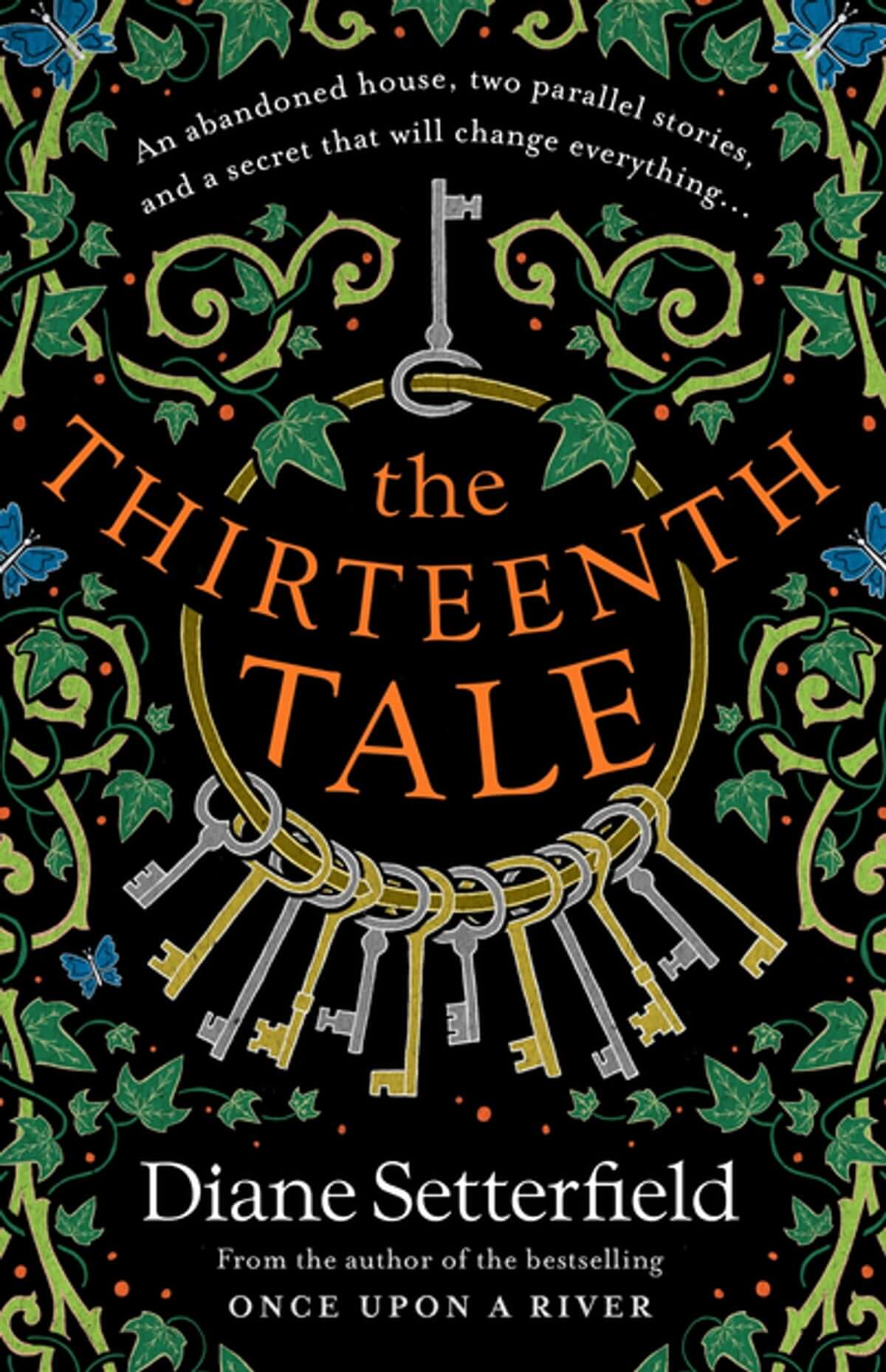 The Thirteenth Tale by Diane Setterfield

Author Vida Winter has written a collection of stories but as an old and ailing woman she now wants to tell her life’s story. Vida summons Margaret Lea, a biographer who agrees to take the assignment due to her curiosity about Vida’s life and the similarities to her own life. There is a mystery surrounding Vida’s story, and soon Margaret learns the truth about Vida’s thirteenth tale, the one she left out of her collection of novels, the one that just might include ghosts. 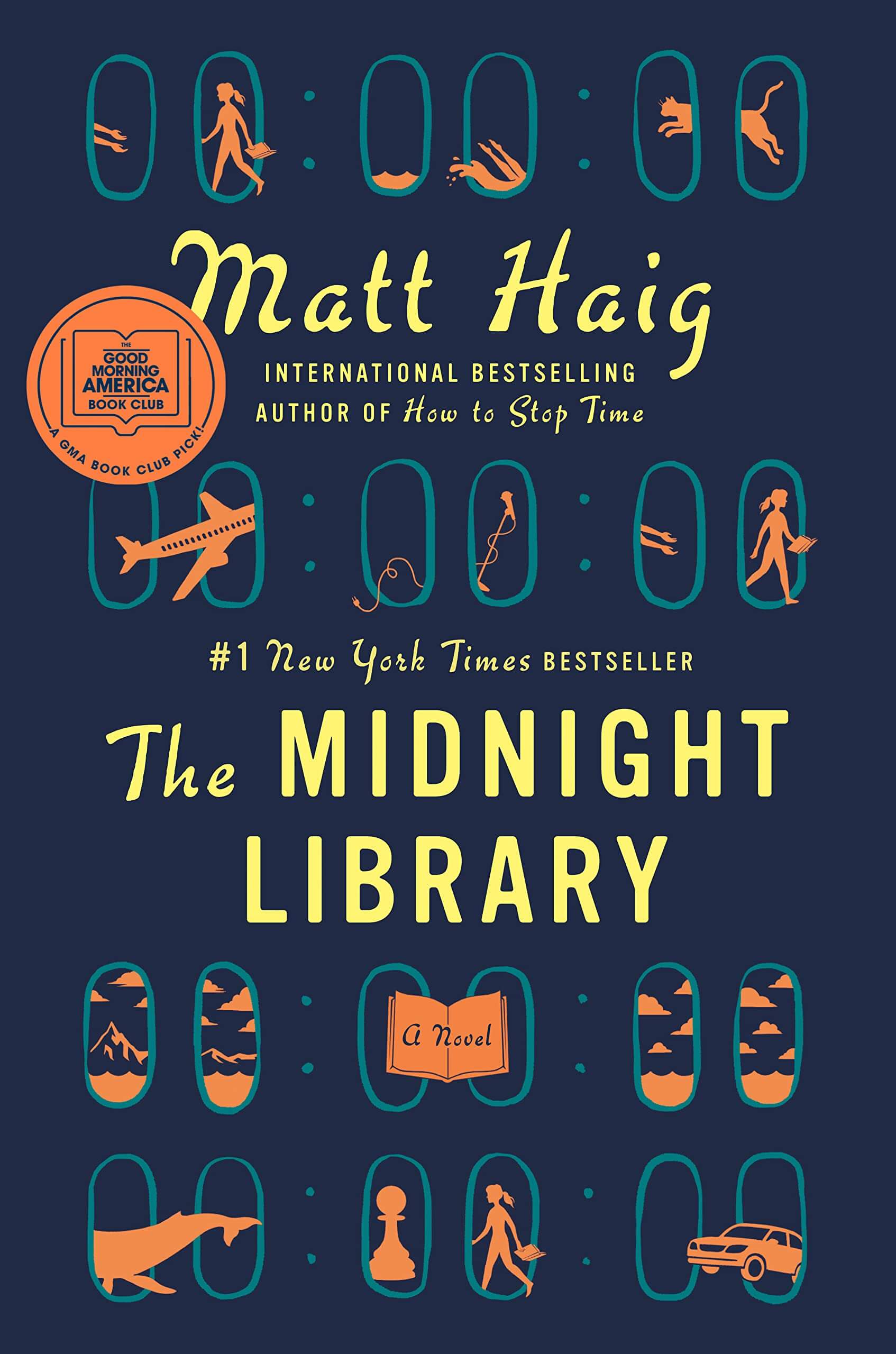 The Midnight Library by Matt Haig

On the outskirts of the universe lives a library filled with an endless number of books. Every story inside the library tells of another reality. While one shares the story of a life, the other shares the possibility of that life—if different choices were made. With the power to know the answer to “what if,” Nora Seed struggles with this as she discovers the library and its capabilities. She’ll need to decide what is more important, getting everything, she desired— undoing old breakups, choosing a different career, or living life and accepting every choice made. 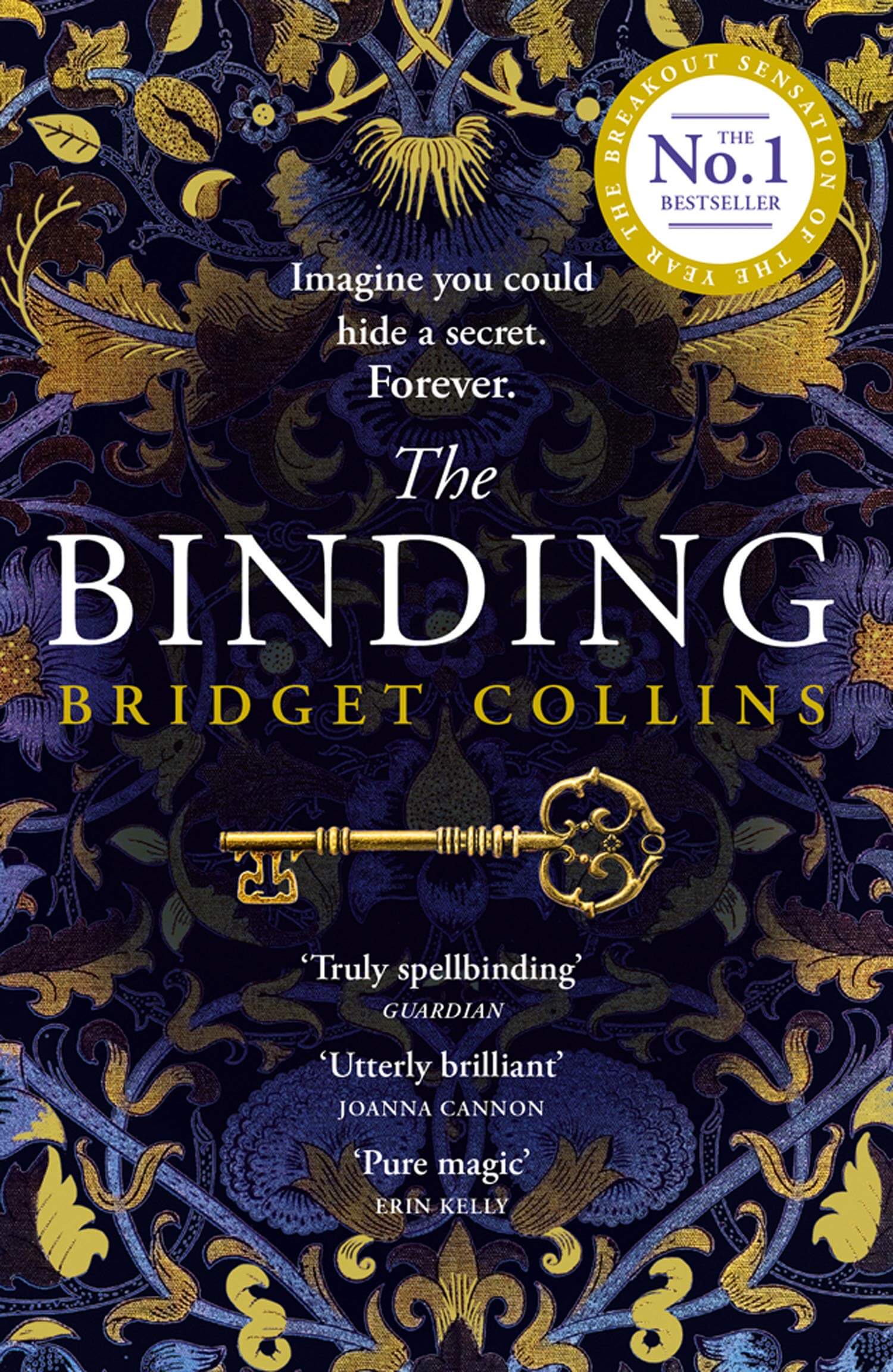 The Binding by Bridget Collins

In Collin’s alternate universe, books are a dangerous and deadly thing. This is a world where people use bookbinders to tell their story and have their memory render harmless without the power to cause them harm. That’s the story for Emmett Farmer, who was sent to a binder after suffering a mental collapse, unable to complete his duties on the farm. With his family and home left behind for a new life, he works on regaining his health and starting over while learning a new trade. As a binder, Emmett is told not to enter the locked room where books are stored, but of course curiosity never hurt anyone right? 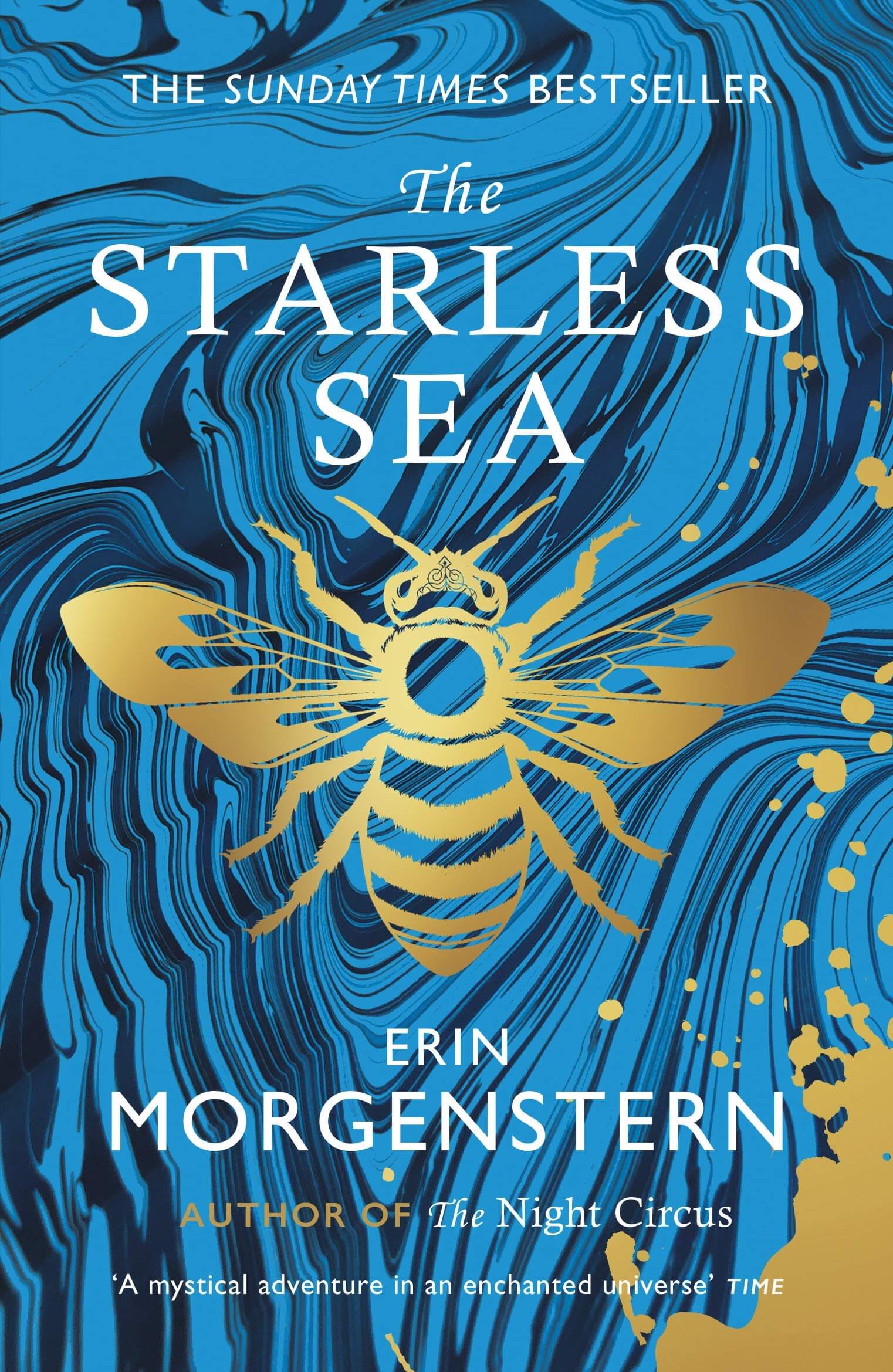 The Starless Sea by Erin Morgenstern

When graduate student Zachary Ezra Rawlins sees an unknown and mysterious book hidden among his stack, he naturally dives in. As he fumbles through the pages, he reads of key collectors, lovelorn prisoners, and a story from his own childhood. Shaken to the core that a story about himself is in a strange book, Zachery goes on a hunt to find the meaning behind it. Zach soon starts to unfold a series of clues from a bee to a key, and a sword. This journey leads him to a buried home for books, guardians and a lost city, stories whispered by the dead and much more. 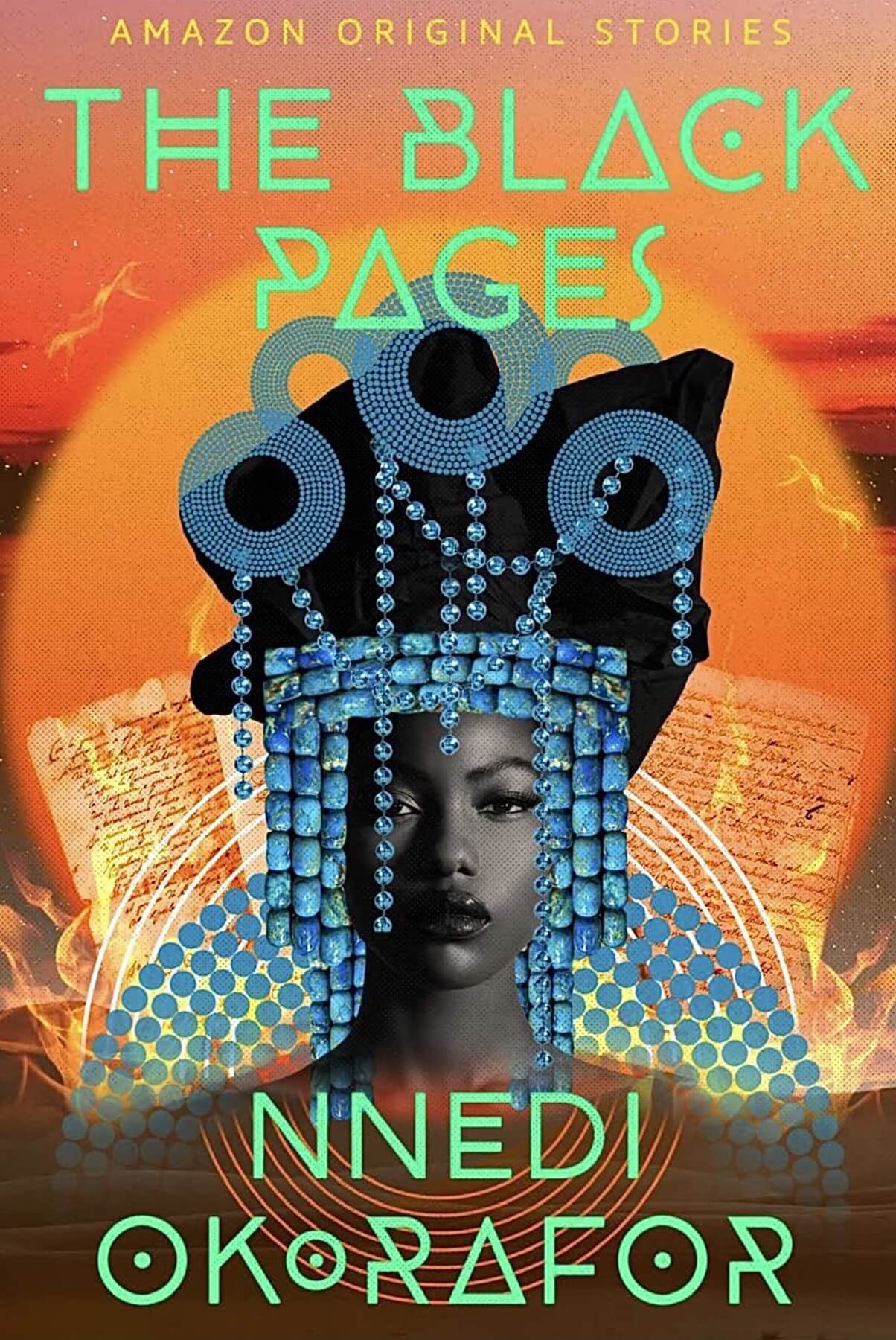 The Black Pages by Nnedi Okorafor

Issaka, an Afghani man, has to leave his life in the U.S to return home to Timbouctou after a horrible Al-Qaeda raid. On his way to town, he discovers a strange book the Al-Qaeda were attempting to burn. Issaka saves the book with the black pages only to realize a djinn is trapped inside. The all-powerful being can now communicate with Issaka through his app on his tablet. Her name is Fao, a stunning, blue-beaded entity with supernatural powers. Together the two will go on a journey to unleash Fao and stop those looking to hurt Issaka’s people. 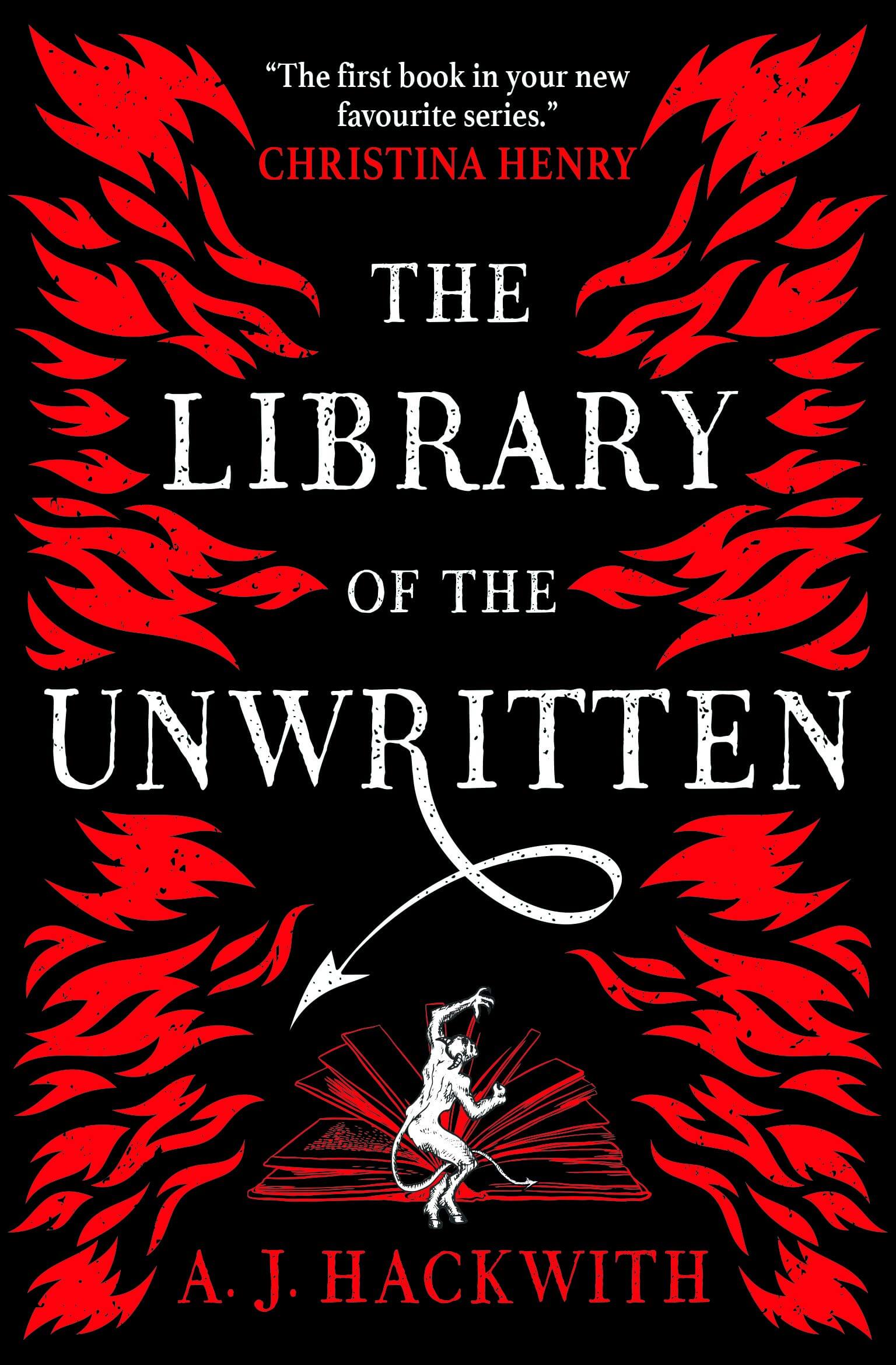 The Library of the Unwritten by A.J. Hackwith

Long ago, in the Unwritten Wing, a neutral space in Hell where all unfinished stories from authors reside, Claire sits as Head Librarian. She repairs and organizes books while keeping an eye on the restless characters who might materialize from the unfinished pages and leave the Unwritten Wing. One-character escapes forcing Claire to track him down before he finds the author who left his story unfinished. 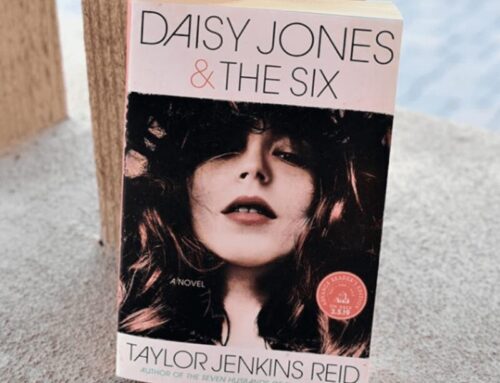