Once the shy and sometimes awkward stages of adolescence come to a halt, the messy and uncertain stages of adulthood take over. However, as teens step into their journey to college-related issues, first jobs, and changing relationships with family and friends, the blissful excitement of love remains the same. Whether you’re in your twenties or you just enjoy those moments of coming of age and falling in love, check out these new adult romance must-reads. 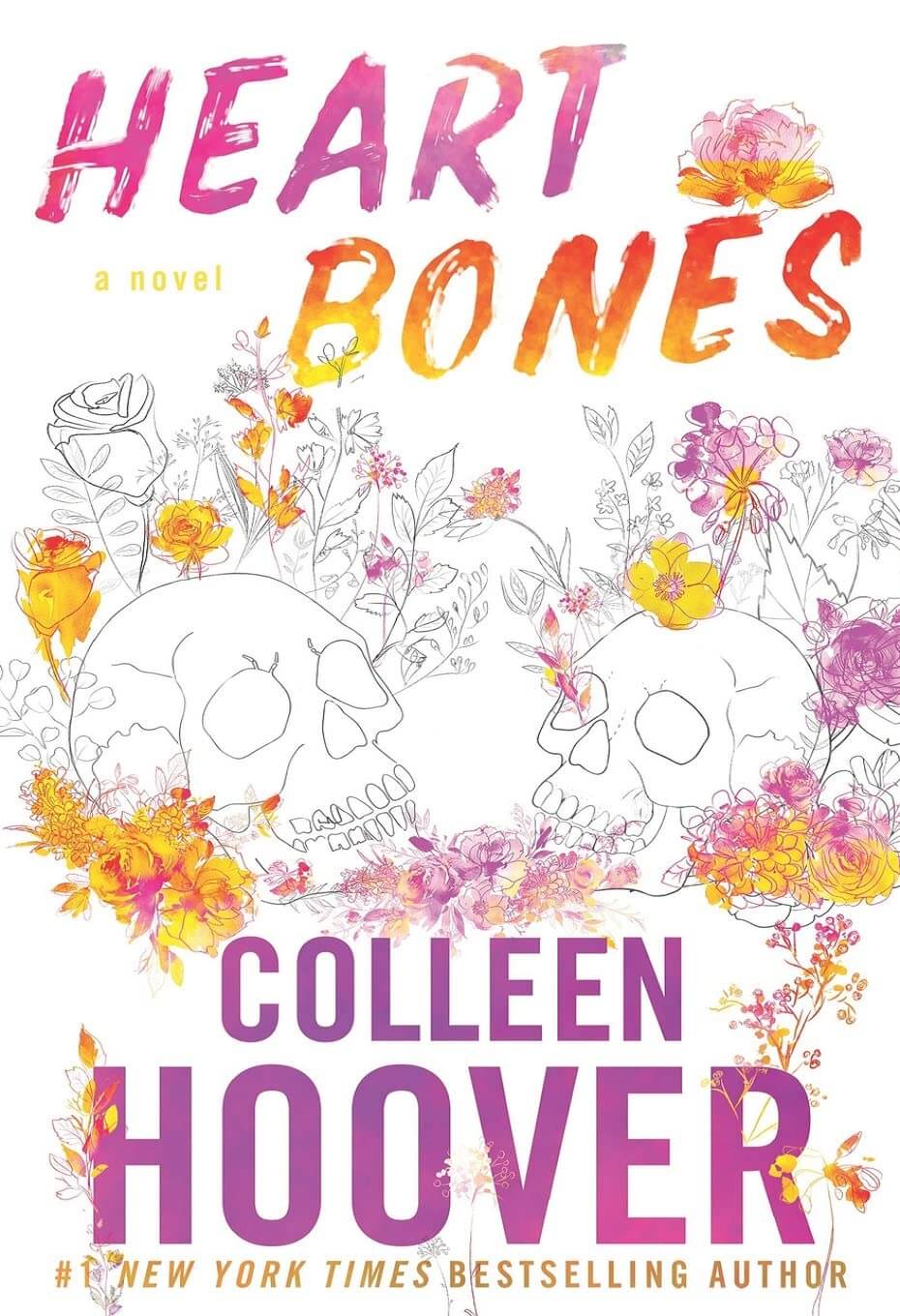 Beyah Grim’s parents only ever gave her two things: life and a dismal last name. But a surprising death has left Beyah with no place to call home, and no choice but to spend her summer before college with her distant father in Texas. With only two months left, Beyah plans to keep her head down and let the time pass seamlessly. But her new neighbor, Samson, has other ideas. As opposites, Samson with a rich family and Beyah with a poor neglectful one, they connect and realize they’re both drawn to each other and into a summer fling. Only as the summer comes to end can Beyah walk away to the future she wants so badly or walk away from the one right before her eyes. 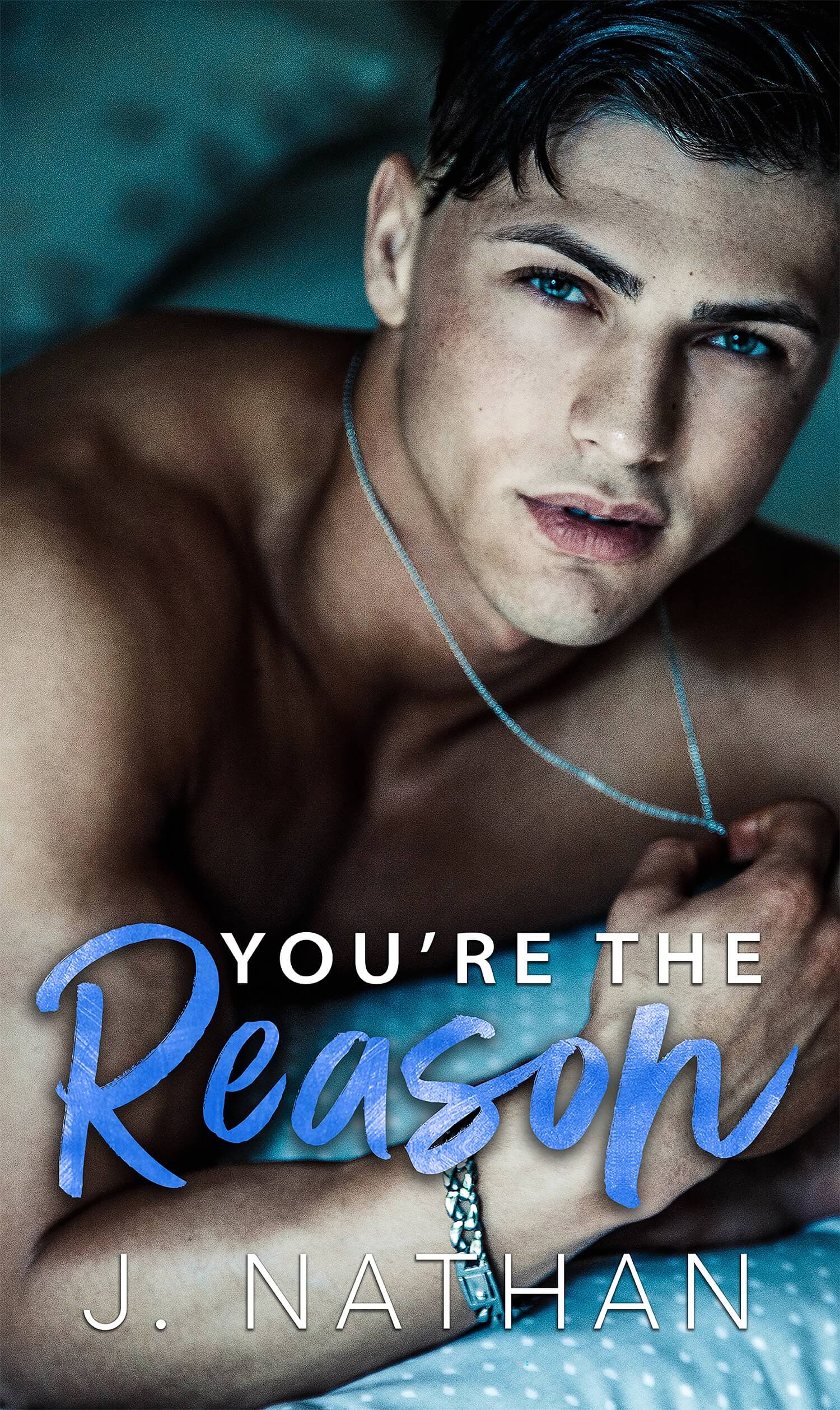 You’re the Reason by J. Nathan

At Crestwood University, smiles conceal secrets, gossip runs rampant, and everyone hides everything. For Sophia Galloway, the environment was a shock from her previous university. She wanted to come back to Texas, but nothing could have truly prepared her for walking onto a campus where all is not what it seems. Frat guys think they’re perfect, sorority presidents assume they’re the only ones in charge, and soon Sophia will discover what happens when she crosses the wrong sorority sister, crosses a frat boy, and refuses to listen to the rules of Crestwood University. 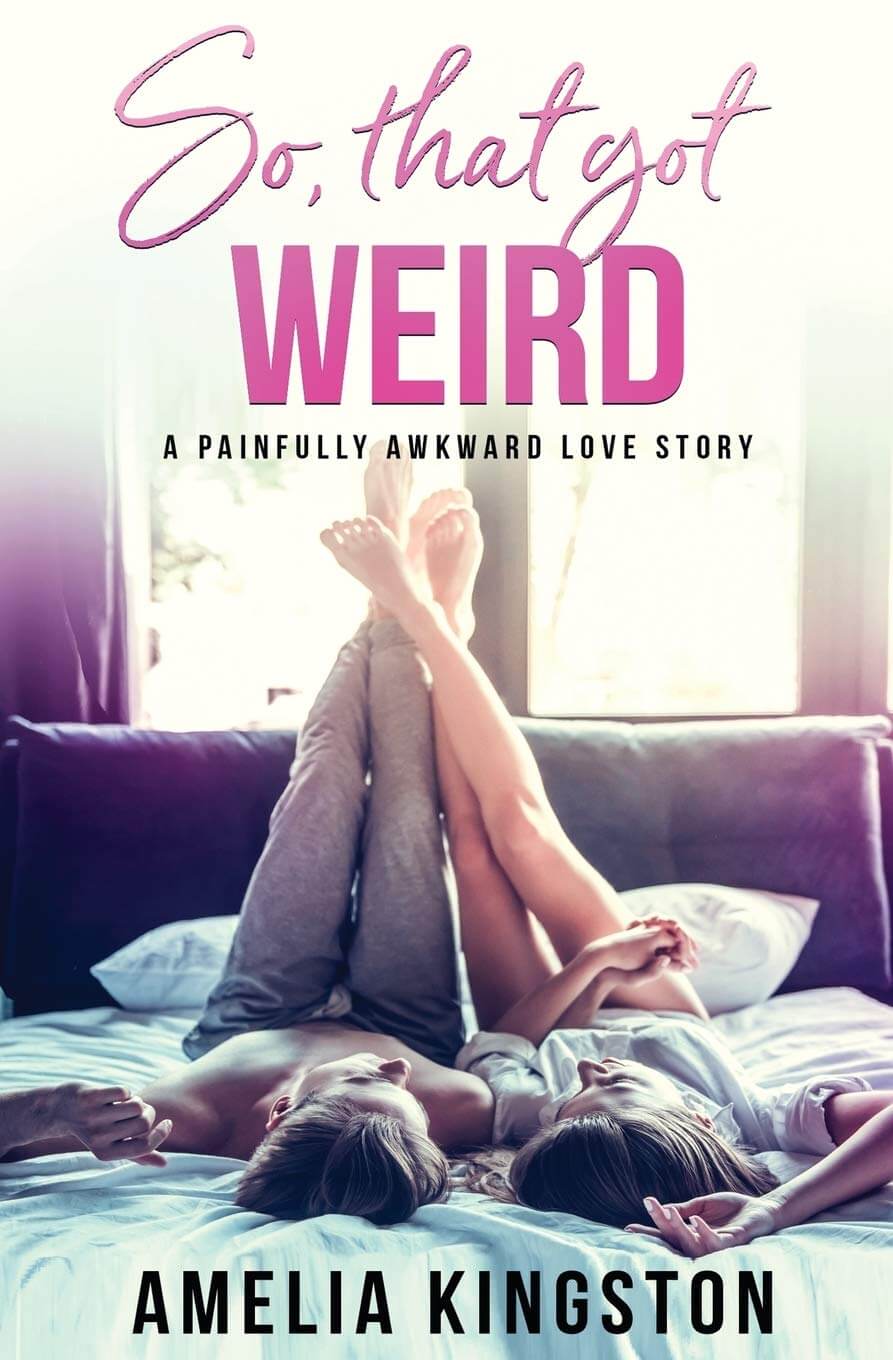 So, That Got Weird by Amelia Kingston

Elizabeth Wilde is as awkward as they come—but she’s desperate for romance, a connection, the whole nine yards. While she’s only twenty-one, it would seem that she’s experienced a lifetime of failed relationships. Thinking she needs help, Liz gets help from a professional: a tutor. Who better to give her lessons than the devastatingly hot jock Austin Jacobs? As the current and reigning campus sex god, Austin knows everything that has to do with being a playboy. Yet underneath his good looks and jock-like abs he’s experienced a broken heart that won’t allow him to trust people or believe in love. Liz needs lessons and Austin needs the money—but when things heat up they’ll have to decide what their deal is really worth. 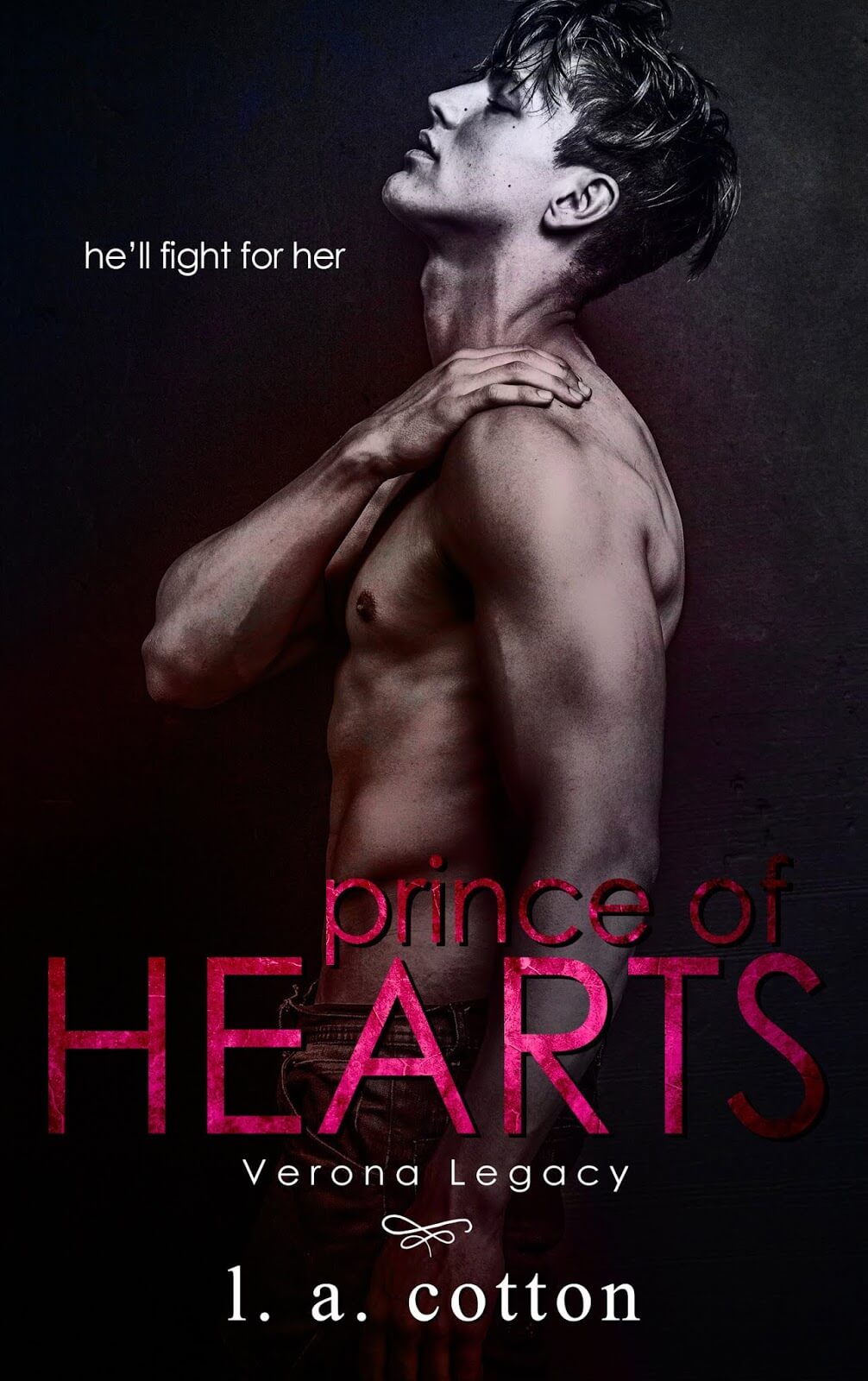 Prince of Hearts by L.A. Cotton

Arianne Capizola is humble, honest and hardworking, like her father. Her priorities are focused on her future and helping down at the local shelter instead of interacting with her classmates. On the other hand, Niccolò Marchetti is also his father’s son—deceitful and dangerous. He spends his time getting into fights in the ring and keeping up a certain look when he’s on campus. The moment the two meets at Montague University, the walls they’ve built won’t allow them to see what’s right in front of them. But this isn’t the first time they’ve met, and that night is one Arianne will never forget. But what if Nicco isn’t the knight in shining armor she thought him to be, but her father’s greatest enemy? 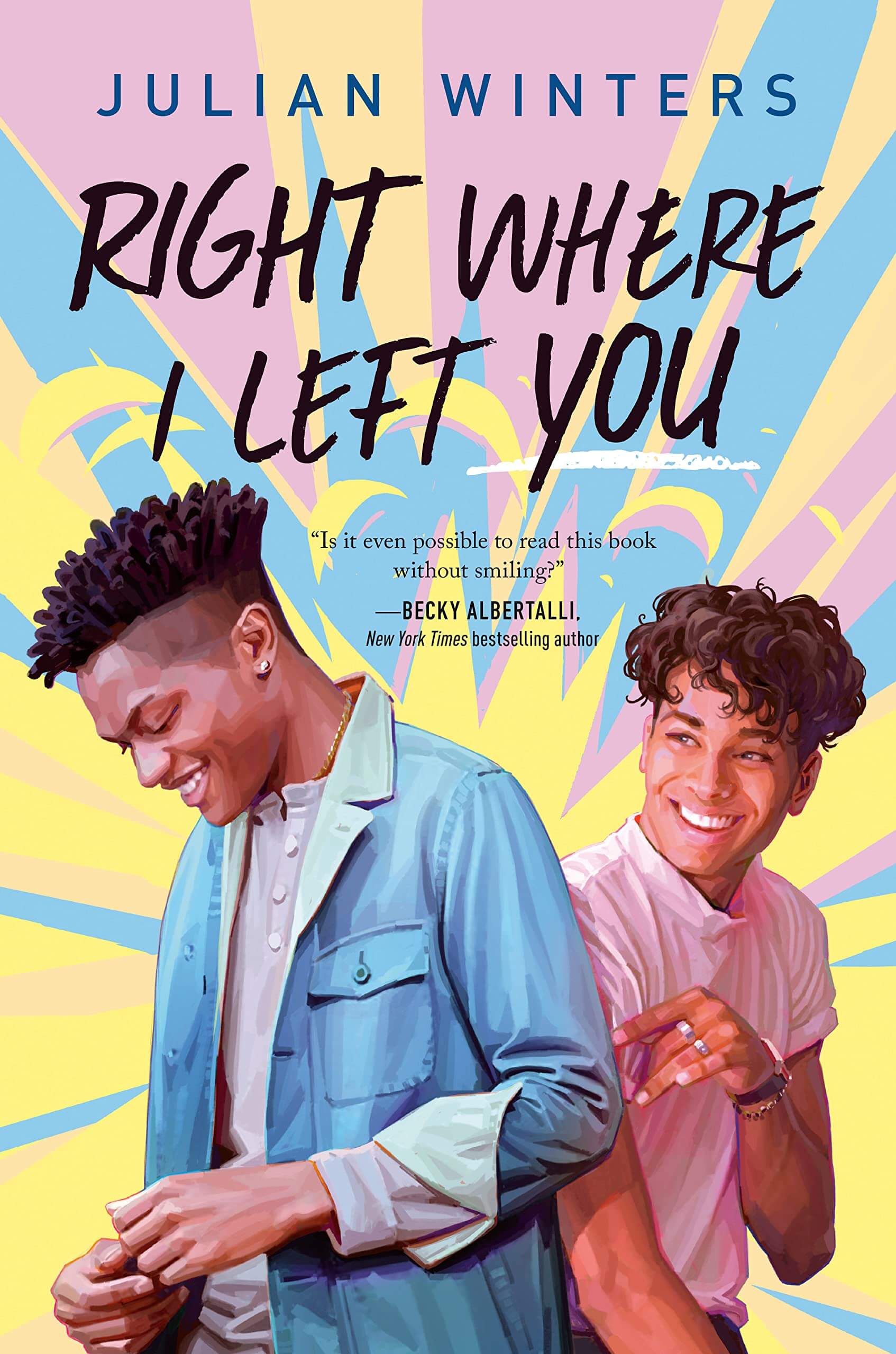 Right Where I Left You by Julian Winters

Isaac Martin is ready to kick off summer before he enters his first year as a freshman in college. This will be the last time he gets to spend with his best friend Diego before he has to make new friends in a foreign place. Finding the best way to spend it with Diego, Issac gains a pair of badges to an epic comic convention, Legends Con. His plan is perfect: to attend the convention with just him and Diego and his first Tenn Pride. But before Issac can grab the tickers he runs into his old crush, Davi, and the distraction has left him without tickets and the perfect summer plans. Now Issac will have to balance Davi’s return, a seemingly jealous Diego, and an interesting summer. 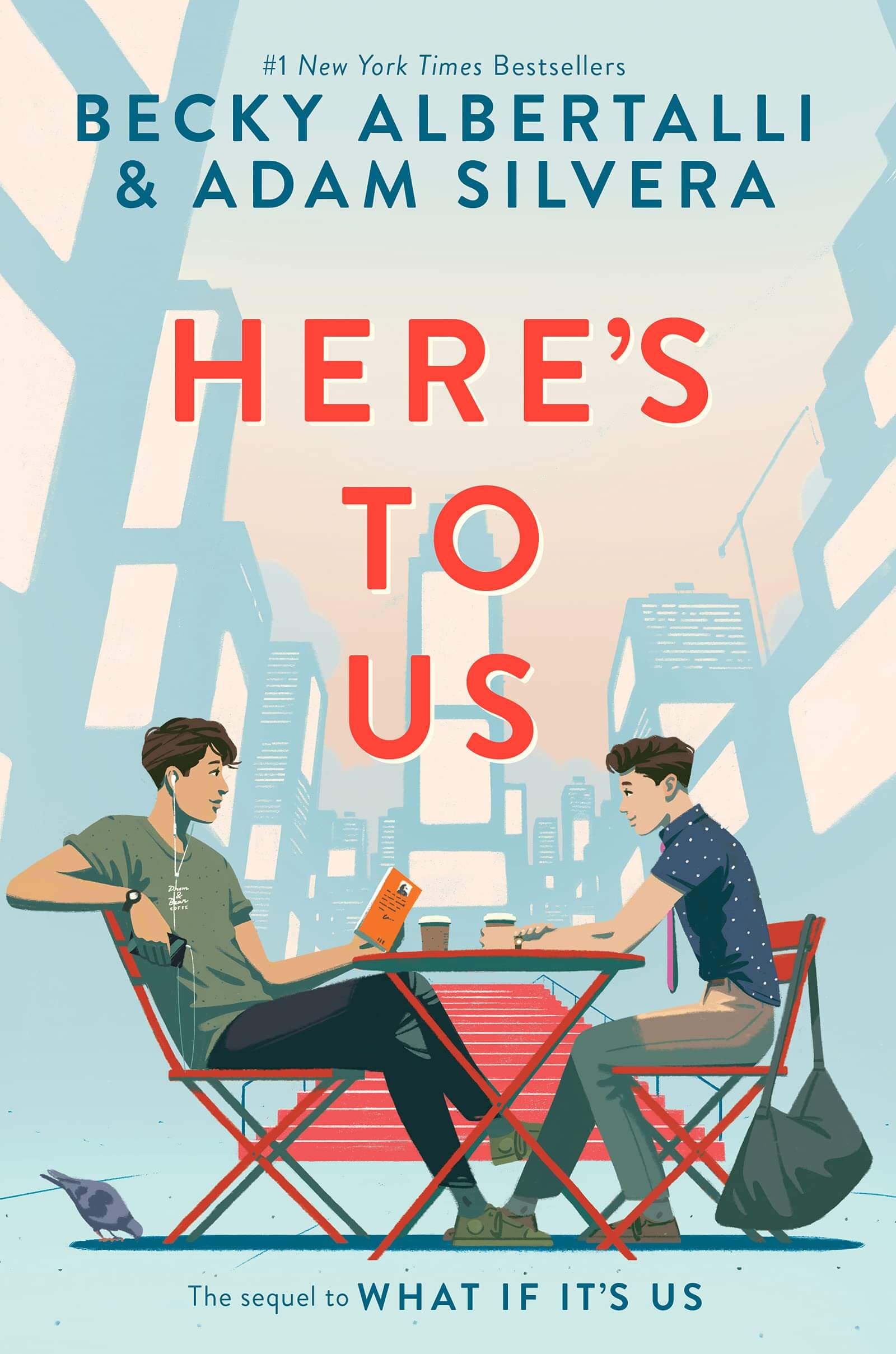 Here’s to Us by Becky Albertalli

Ben’s first year of college was spent creating a fantasy manuscript with Mario, his writing partner. But writing hasn’t been all they’ve done: Mario is a great Spanish tutor . . .  and kisser. But the time Ben has spent with Mario can’t seem to wipe away the fact that Arthur returned two years later from their breakup. Once Arthur, who has a life and a boyfriend back in New York, sees Ben, he begins to wonder if those feelings ever left. The more Ben tries to focus on his future and be cordial to Arthur during their run-ins, the more those run-ins occur, and eventually, they’ll stop fighting what’s trying to bring them together. 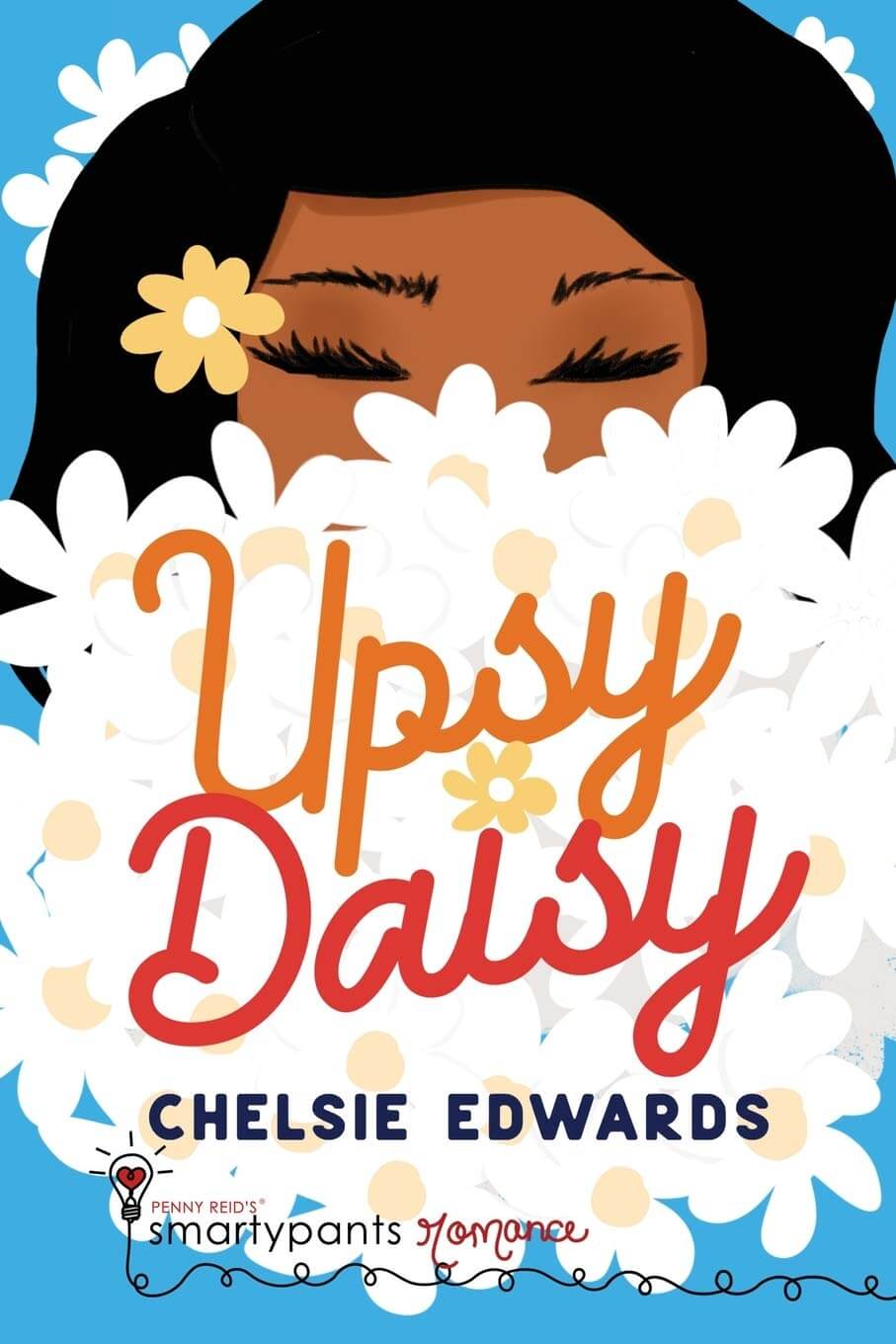 Daisy Payton has it all. Impeccable grades in college, an exceptional wardrobe, and the perfect model family. Yet it’s all wilting; having such a life comes at a cost. Daisy hopes she can reinvent herself in college and leave the Payton name behind, creating her own path. Trevor Boon is Daisy’s opposite; he comes from nothing and grew up as an abandoned child. While he’s always been told he’s a burden, college is his time to shine and change that. He wants to graduate and start a new life without those expectations and negative thoughts. When Trevor meets Daisy, the attraction is there—but can they put aside their differences and ambitions to let love in? 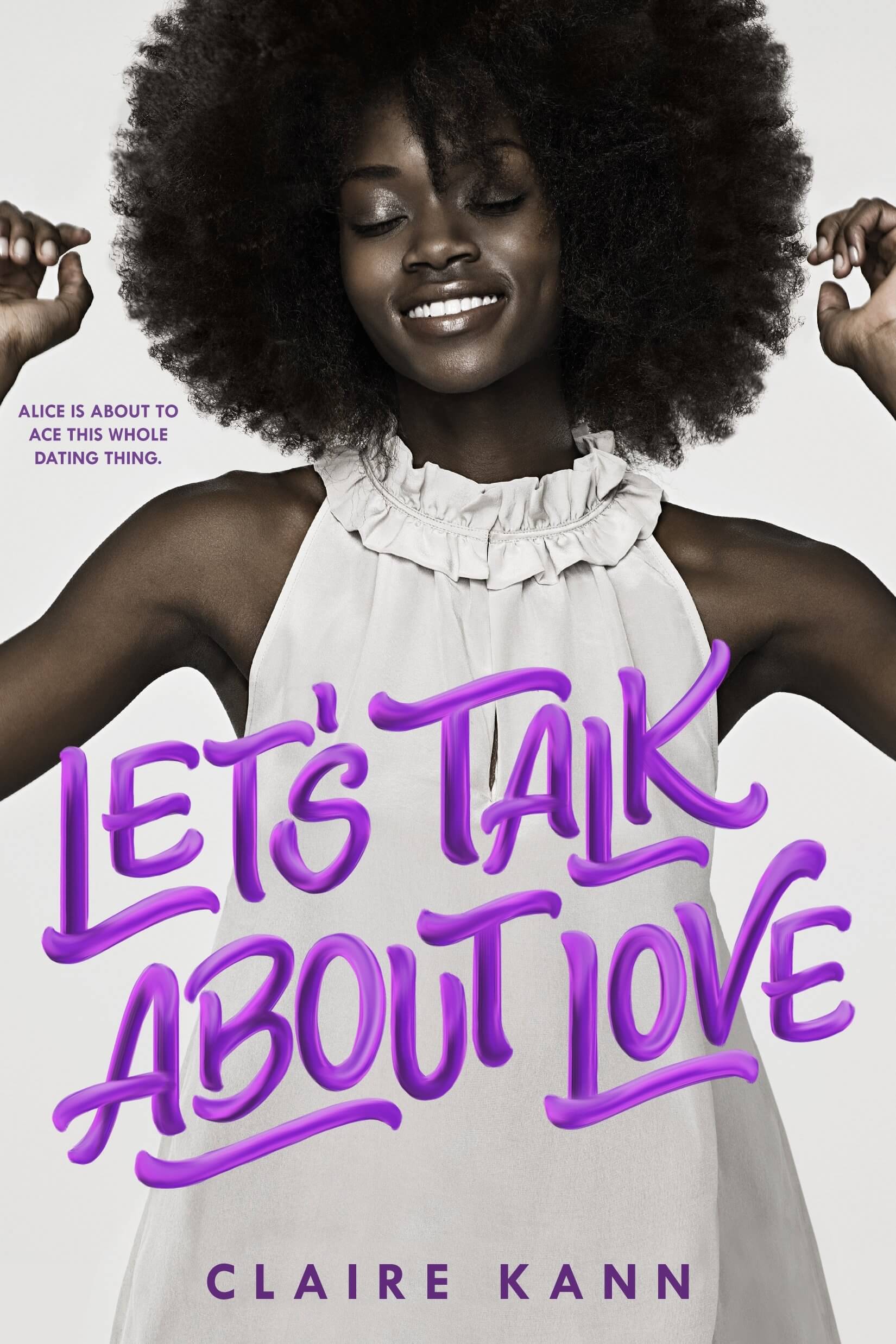 Alice is ready for summer with well-laid-out plans—a nonstop marathon of her favorite TV show, all-you-can-eat buffets with her best friend, and minor adulting, like working at the library. What would make her summer perfect is still being with her girlfriend—now ex, ever since Alice confessed she was asexual. But after their breakup, Alice is done with dating and anything around it. Except she meets Takumi soon after, and now she’s fighting the rom-com romance urges anytime he’s near. And with her unexpected feelings comes an even more unexpected summer of possible unrequited love for a friend that Alice isn’t quite sure she’s willing to risk losing. 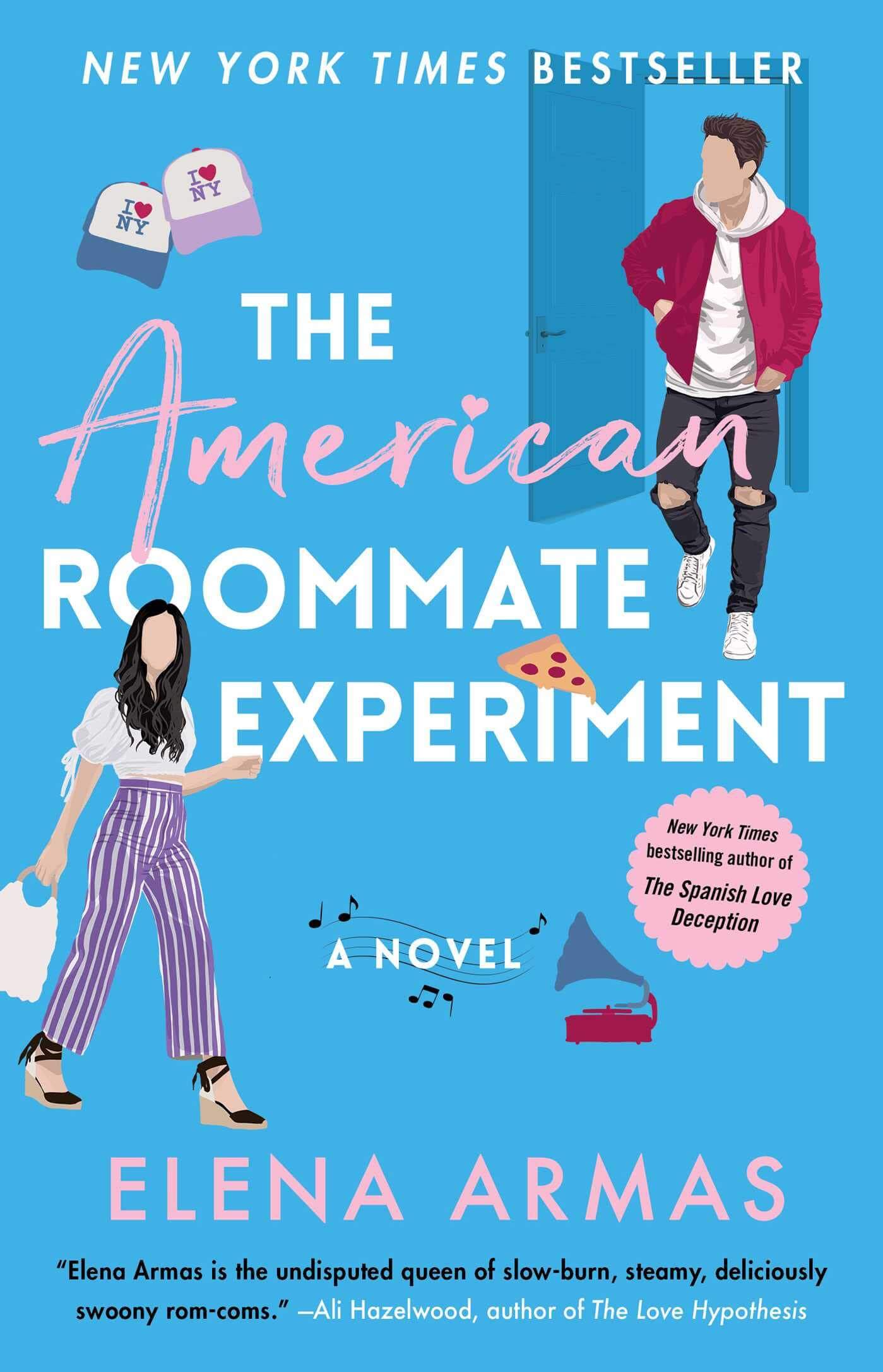 Rosie Graham just quit her job to focus on her career as a romance writer; a secret career that is. On top of that, she hasn’t told her family about walking away from her well-paying job. It doesn’t help that she’s having writer’s block, and her current apartment has caved in, leaving her in need of a place to stay. Grabbing her best friend Lina’s spare key while she’s out of town, Rosie finds Lina’s cousin Lucas staying in her one option for shelter. Lucas, with his irresistible accent and distracting grin, agrees to let Rosie stay with him. And not only will he save her housing crisis, but he’s also agreed to help with her writer’s block with a series of experimental dates that Rosie likes more than she’ll admit. 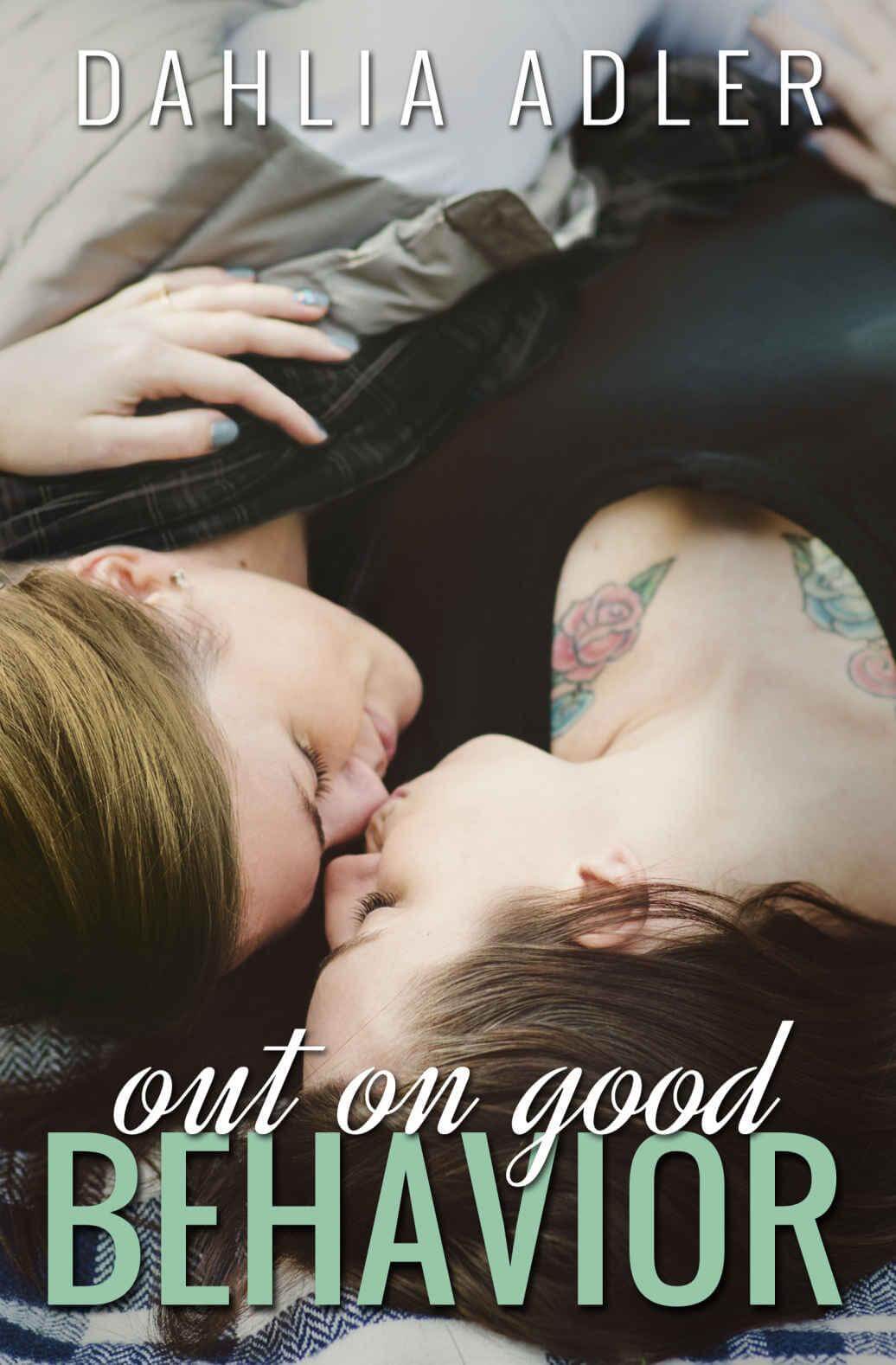 Out on Good Behavior by Dahlia Adler

Frankie Bellisario could have anyone she wants. But when she sets her sights on Samara Kazarian, the daughter of a southern Republican mayor, she hesitates to use her powers of persuasion even though she wants to test them out badly. Samara can’t stop thinking about Frankie either, but Samara wants love, not the hookup lifestyle that Frankie lives. With a choice presented to her Frankie tries out monogamy with Samara, under the condition that they both remain abstinent for 30 days. And as time passes, Frankie will find herself fighting for the happily ever after she never knew she wanted.