When National Book Award-nominated Lauren Groff’s ground-breaking Fates and Furies released in 2015, The Atlantic declared that year “the best year in history for the average human being.” Now, six years later, she’s releasing Matrix, her first book since Fates and the Furies. And the climate is a bit different. Yet, this is an author whose imagined the worlds of three other wonderous books—Arcadia, Florida, and The Monsters of Templeton—and she may argue that the world within Matrix, a medieval historical fiction read, is not so different from today’s.

Named a Most Anticipated Book of 2021 by Time, Buzzfeed, Elle, Harper’s Bazaar, Vulture, The Guardian, and more, Entertainment Weekly called Matrix “Stunning . . . grand, mythic . . . feels both ancient and urgent, as holy as it is deeply human.”

Cast out of the royal court by Eleanor of Aquitaine, deemed too coarse and rough-hewn for marriage or courtly life, seventeen-year-old Marie de France is sent to England to be the new prioress of an impoverished abbey, its nuns on the brink of starvation and beset by disease.

At first taken aback by the severity of her new life, Marie finds focus and love in collective life with her singular and mercurial sisters. In this crucible, Marie steadily supplants her desire for family, for her homeland, for the passions of her youth with something new to her: devotion to her sisters, and a conviction in her own divine visions. Marie, born the last in a long line of women warriors and crusaders, is determined to chart a bold new course for the women she now leads and protects. But in a world that is shifting and corroding in frightening ways, one that can never reconcile itself with her existence, will the sheer force of Marie’s vision be bulwark enough?

Equally alive to the sacred and the profane, Matrix gathers currents of violence, sensuality, and religious ecstasy in a mesmerizing portrait of consuming passion, aberrant faith, and a woman that history moves both through and around. Lauren Groff’s new novel, her first since Fates and Furies, is a defiant and timely exploration of the raw power of female creativity in a corrupted world.

We talked with Lauren Groff about her gorgeous cover, researching the times, and being blurbed by Stephen King. 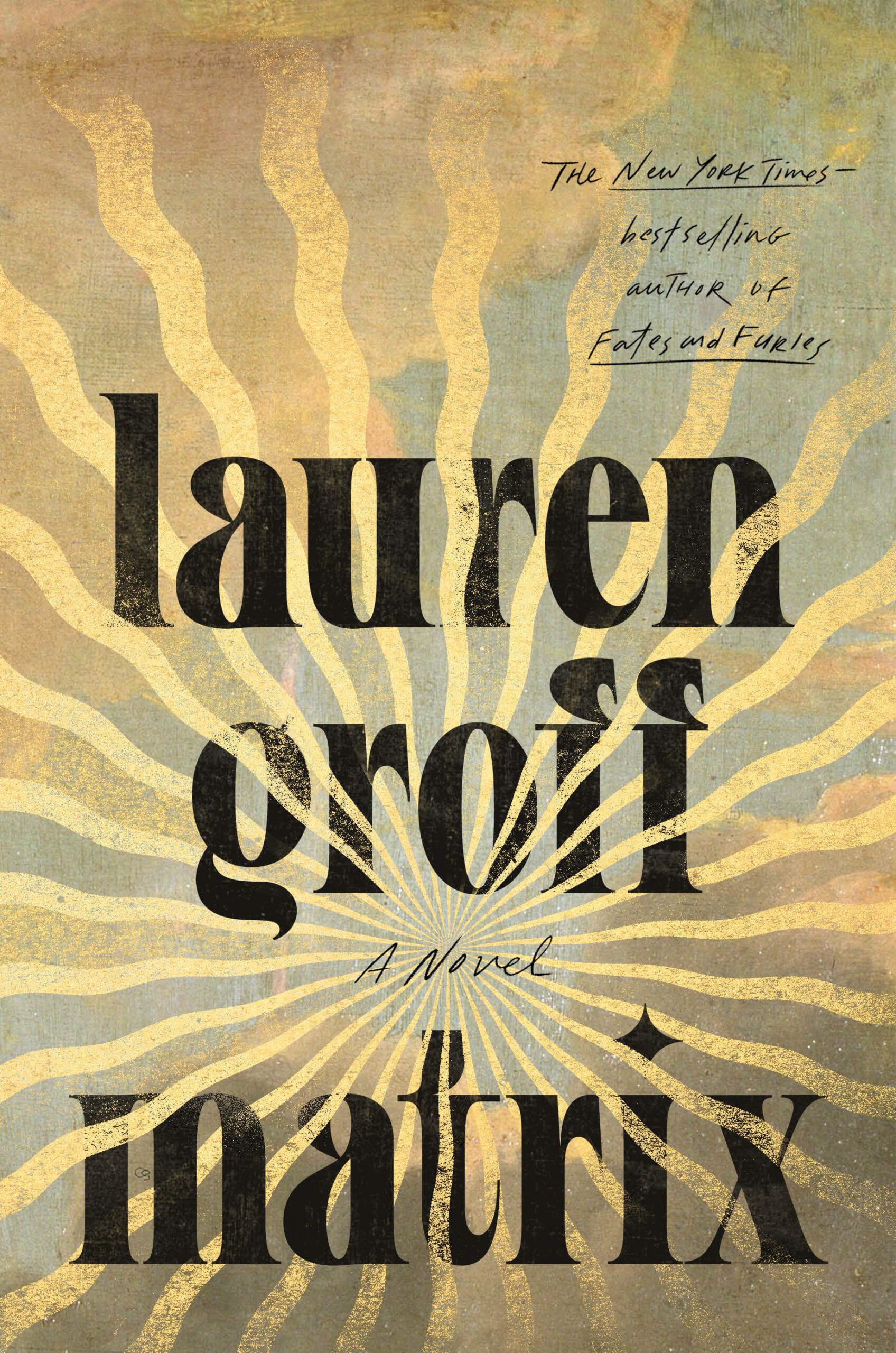 Long ago, I fell in love with Marie de France, a 12th century poet about whom we in the 21st century know very little. I carried this shadowy figure around for decades, until I went to a lecture by Dr. Katie Bugyis about medieval nuns’ liturgies, and as I was sitting in the audience, it came to me to write a book about Marie de France where she became the abbess of a monastery.

What was the research element like, between the setting of the nunnery and the historical character of 12th century poet Marie de France?

Oh, I love research, and I did a great deal of it! I read everything I could get my hands on, from primary source manuscripts and texts from the time (there are many available online) to biographies of people alive then, to straight history books, to academic articles. Finally, I had a brilliant historian read the book and tell me where I went wrong.

Was there anything that surprised you while researching for the novel?

There are almost too many surprising things to mention here, but the one that comes to mind is that, for a little while, I fell very deeply into a rabbit-hole about falconry, and the word haggard (as in the moment in Othello’s soliloquy when he says of Desdemona, “If I do prove her haggard”) means a wild-born hawk caught and intended for training.

Tell us about the inspiration behind this gorgeous cover.

Oh, I wish I had more input on the inspiration! It is gorgeous, isn’t it? I think it refers to the mystical visions that Marie has in the book.

Even though it was in 2005, we have to ask – how did it feel to be endorsed by Stephen King for your debut? Or in hindsight, what has been your proudest moment in terms of feedback, for any of your writing?

Oh, well the Stephen King moment was utterly surreal. I hadn’t fully come to understand that I was actually going to be a published author when suddenly the only real household name in writing gave me a huge boost. I owe him a lot.

What can readers expect from you next?

It remains to be seen, but I believe it’ll be a novel that is, in some ways, that of a female Robinson Crusoe.