Vampires, werewolves, witches and evil demons have long since captured our hearts at the same time that they were conquering the heart of their every desire. We love falling for the otherworldly paranormal heroes, and they never fail to deliver. From the mysterious brooding alpha to the vampire next door, this subgenre has something for the paranormal fanatics and the newbies. 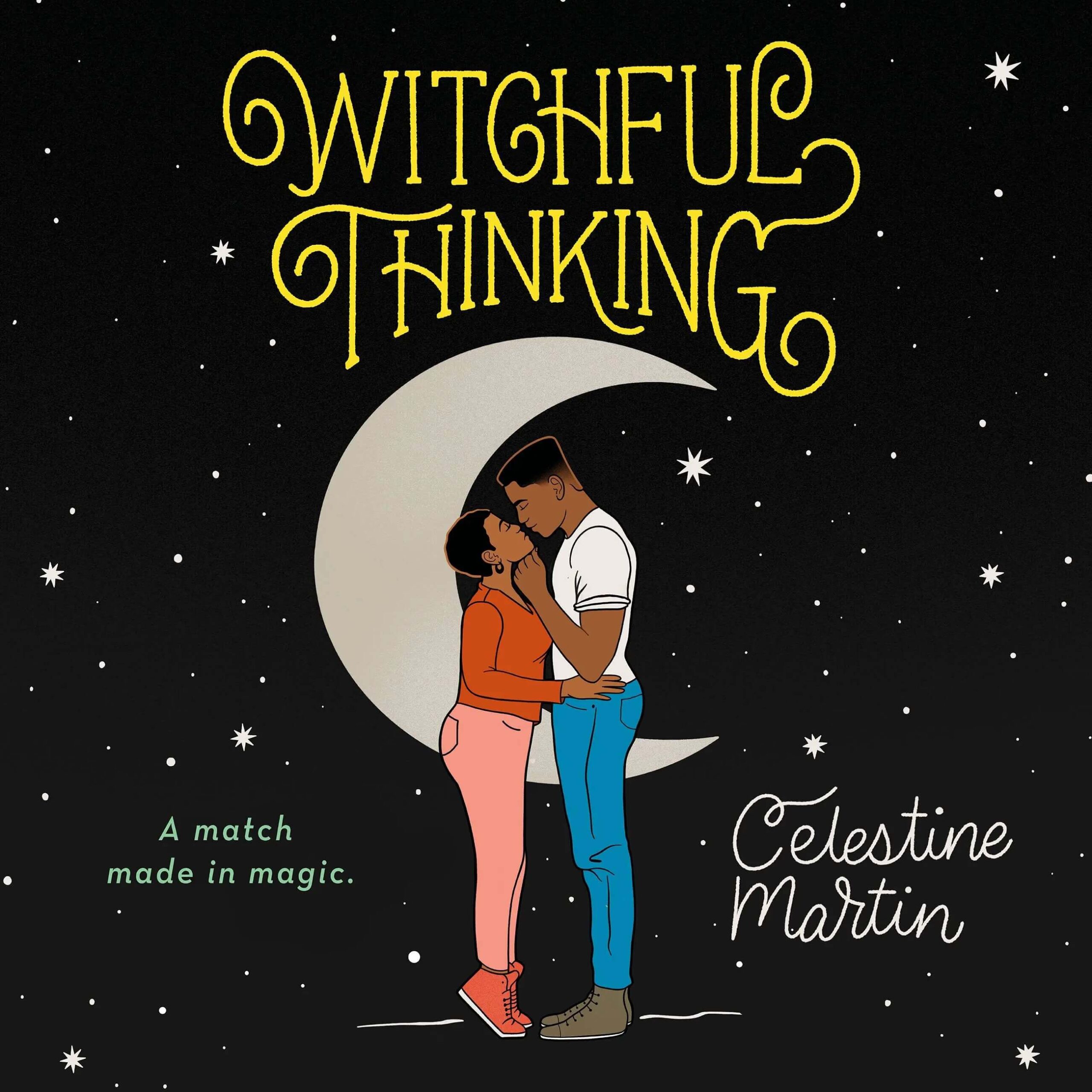 Love is a tricky spell, even for the powerful witch Lucinda Caraway. Lucy loves living in her small town of Freya Grove, where she can freely practice with charms and spells. During the day, she teaches history in school, and at night she tends to her conjure garden. But one spell went wrong, and now Lucy has difficulty saying no. When her neighbor Alexander Dwyer asks for her help unjinxing his house in order to sell it for his next adventure, you can imagine her response. Luckily Alex is soft on the eyes, and he just so happens to be her high school crush. Until Lucy can unhex herself and his house, the two will eventually begin to spend more time together, and with magic in the air, love just might follow. 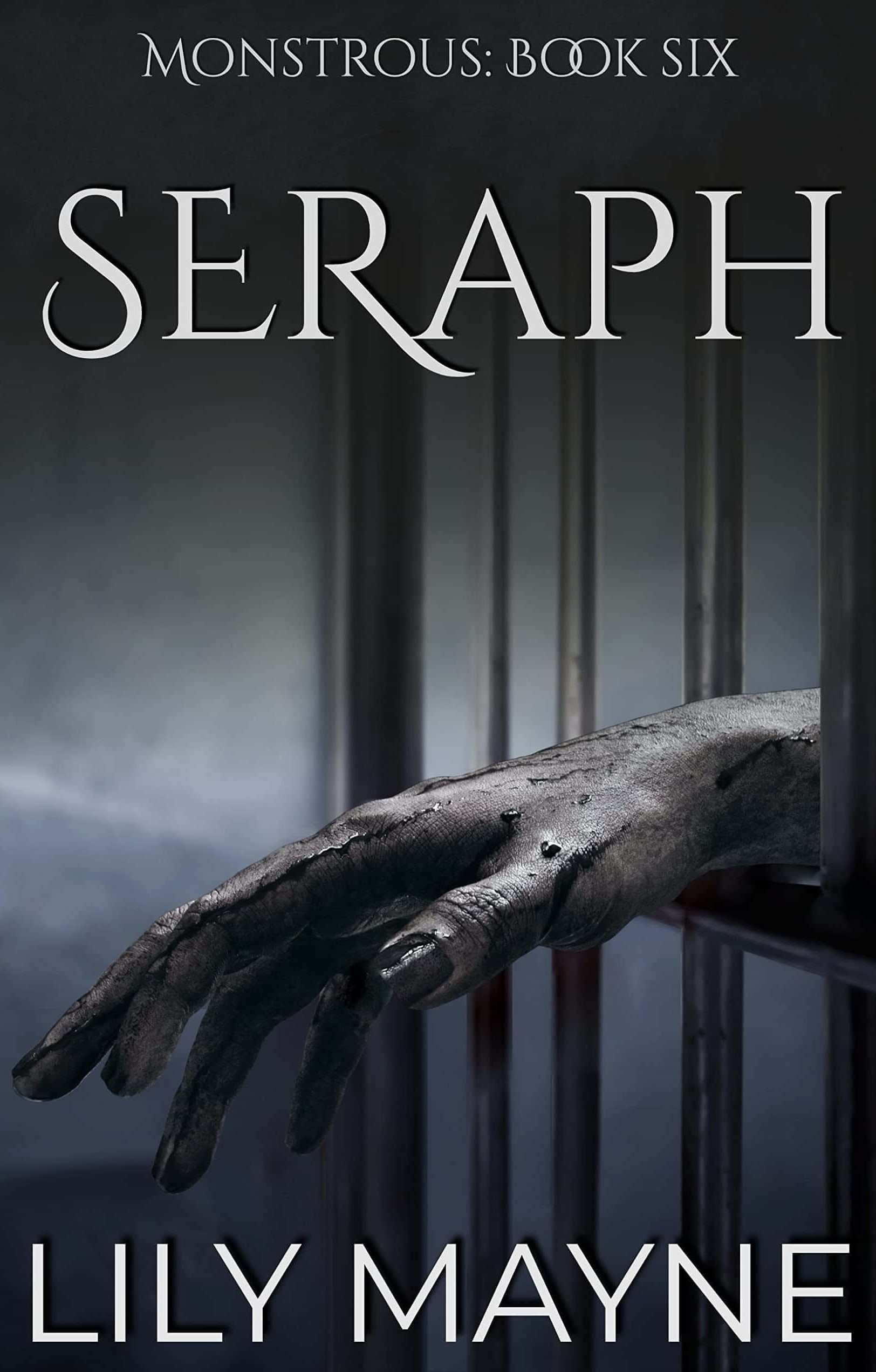 Seraph may be the only monster in a cage, but not the only one around. Many of the guards at the raider camp treat him as if he is a mindless monster, but Lilac, the stoic warrior, sees more. Seraph is in pain, and each night that Lilac guards his cage, the person beneath the agonizing monstrous creature begins to peek through until the two will form a bond. When Lilac learns more about the secrets behind Seraph’s torture and what turned him into the monster—and more importantly, who—he will stop at nothing to protect Seraph. 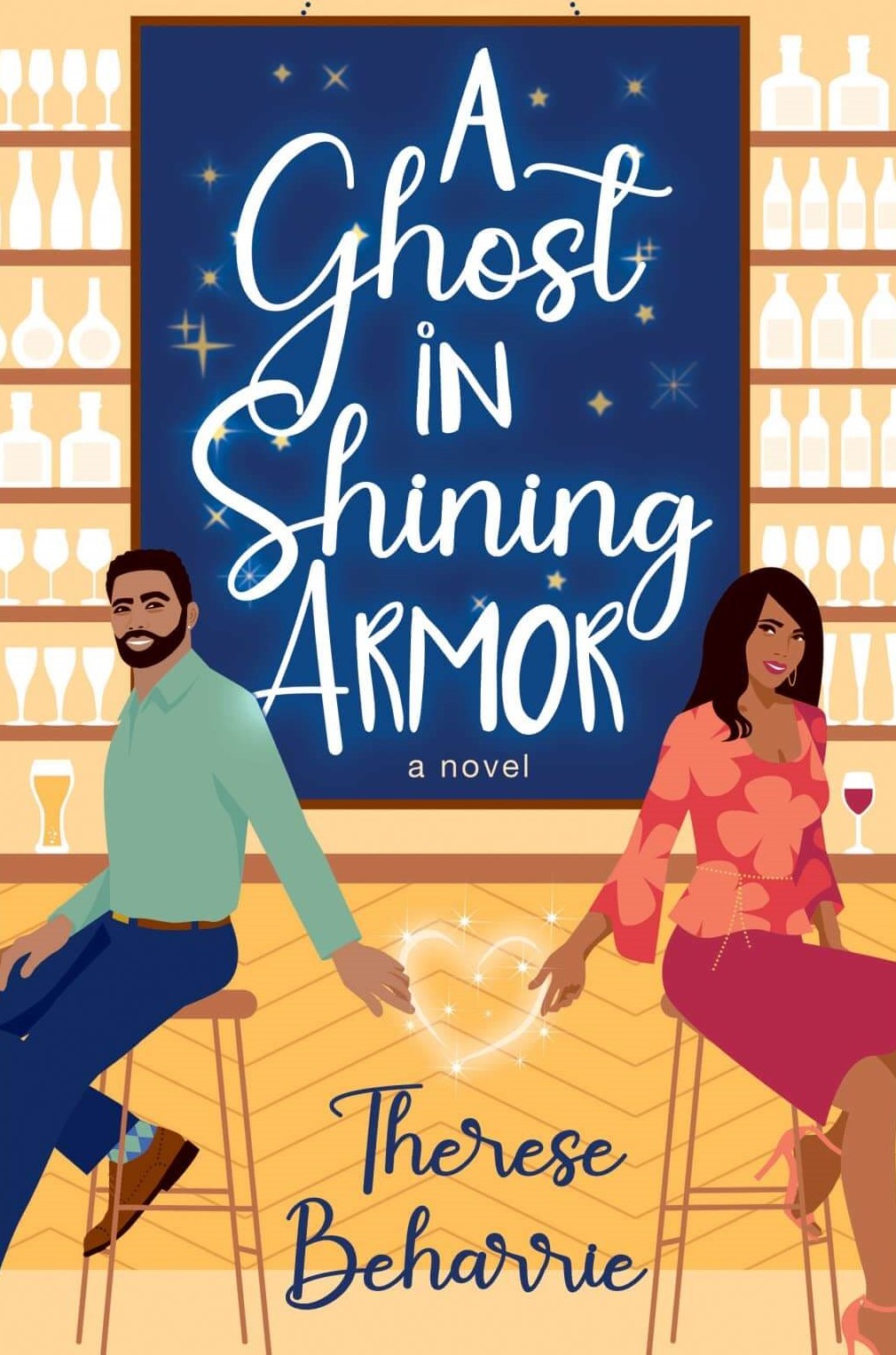 A Ghost in Shining Armor by Therese Beharrie

Gemma Daniels can see ghosts, so being down-to-earth like her parents was a trait that she could never truly master. Gemma also likes helping the ghosts that she meets with their unfinished earthly business. But the moment she kisses a hotter-than-hot phantom stranger, Levi Walker, on a bet, she’ll have to come up with an explanation for his ghostly limbs. Her answer is to fake being in a relationship with Levi, who only she can see. Yet their unusual situation just might benefit the both of them, Levi might have a second chance after death if he helps Gemma find her long-lost sister, while Gemma gets to reunite with her family. If only love and relationships were that easy to fake. 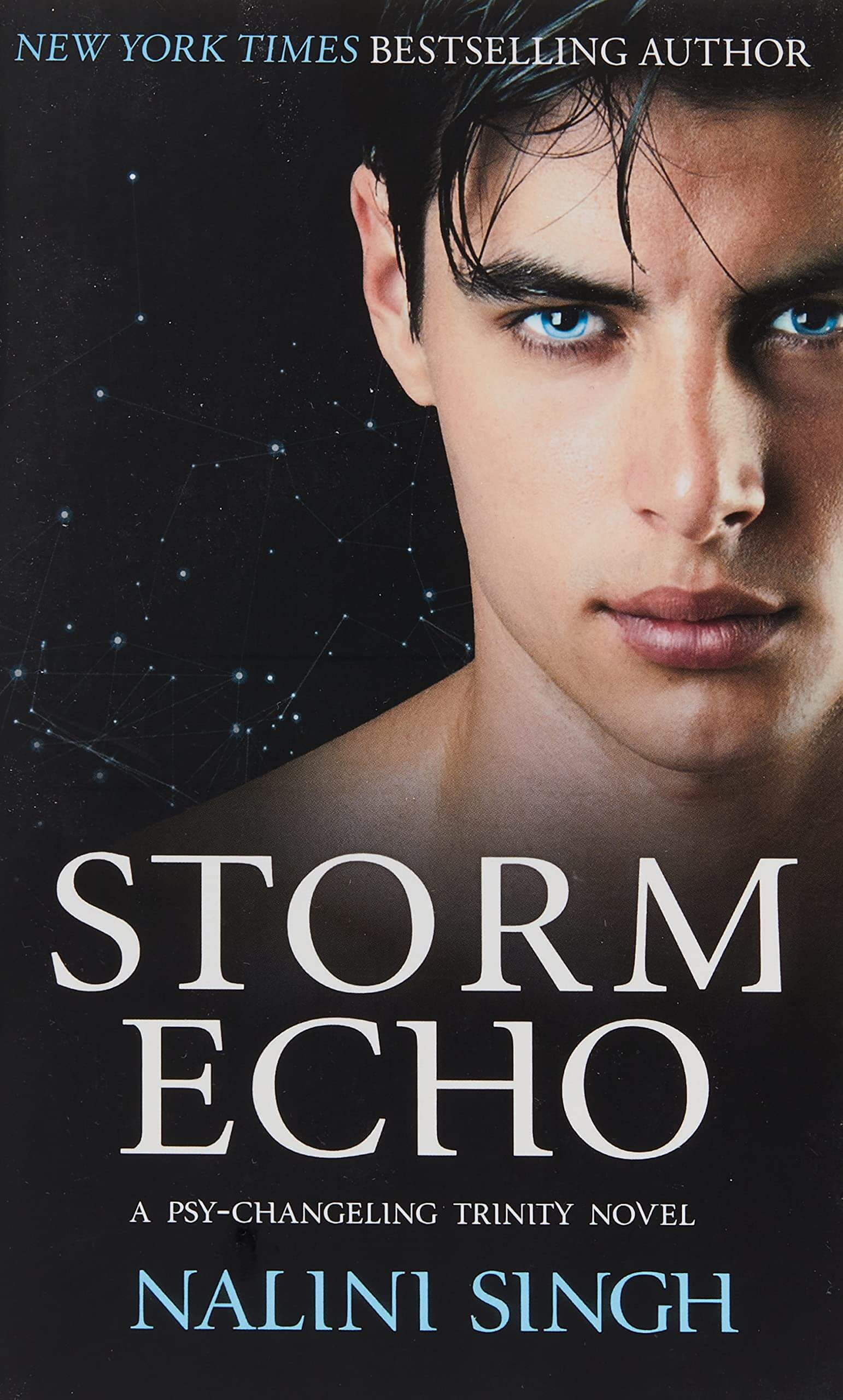 Ivan Mercant should feel happy; as a Psy, he is now free to feel emotions and to love. But the silence that was once forced upon his race was never his greatest fear—it’s the psychic monster lying dormant in his brain that only wants to feed. The leash on his mind is slipping, and everything he worked for might be gone forever, including Lei, his changeling lover. And then one day, Lei vanishes without a trace, and the lethal monster no longer has a hold. Will Ivan ever find his true love again, and when he meets a stranger with her eyes and her laugh, can he trust what’s in front of him—or has his mind played more tricks? 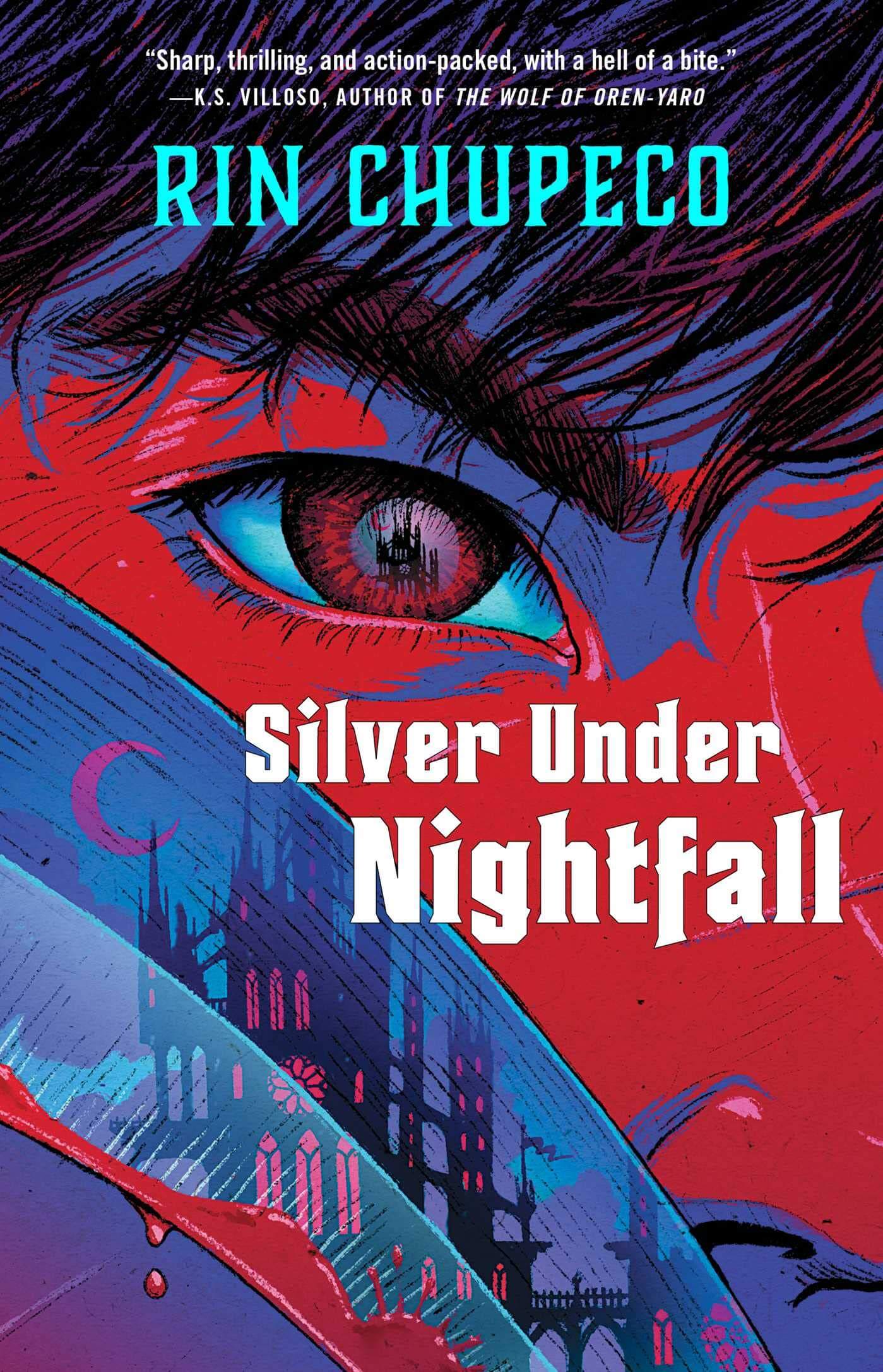 Silver Under Nightfall by Rin Chupeco

Remy Pendergast is the only son of the Duke of Valenbonne, an elite bounty hunter of rogue vampires. Remy is an outcast amongst the other Reapers. Even his relationship with his father is rocky. His mother’s past has made rumors continuously occur that he is a half-vampire, another thing the Kingdom of Aluria barely tolerates him for. But Remy is a fighter ready to protect his Kingdom no matter the cost. What he didn’t anticipate is a potential new virus making its way toward his city, and when he investigates alone, he encounters the shockingly warmhearted vampire heiress Xiaodan Song and her arrogant fiancé. Soon the three will journey together to find the truth about the mutating virus plaguing the kingdom, and Remy will discover his feelings for the couple goes deeper than he could imagine. 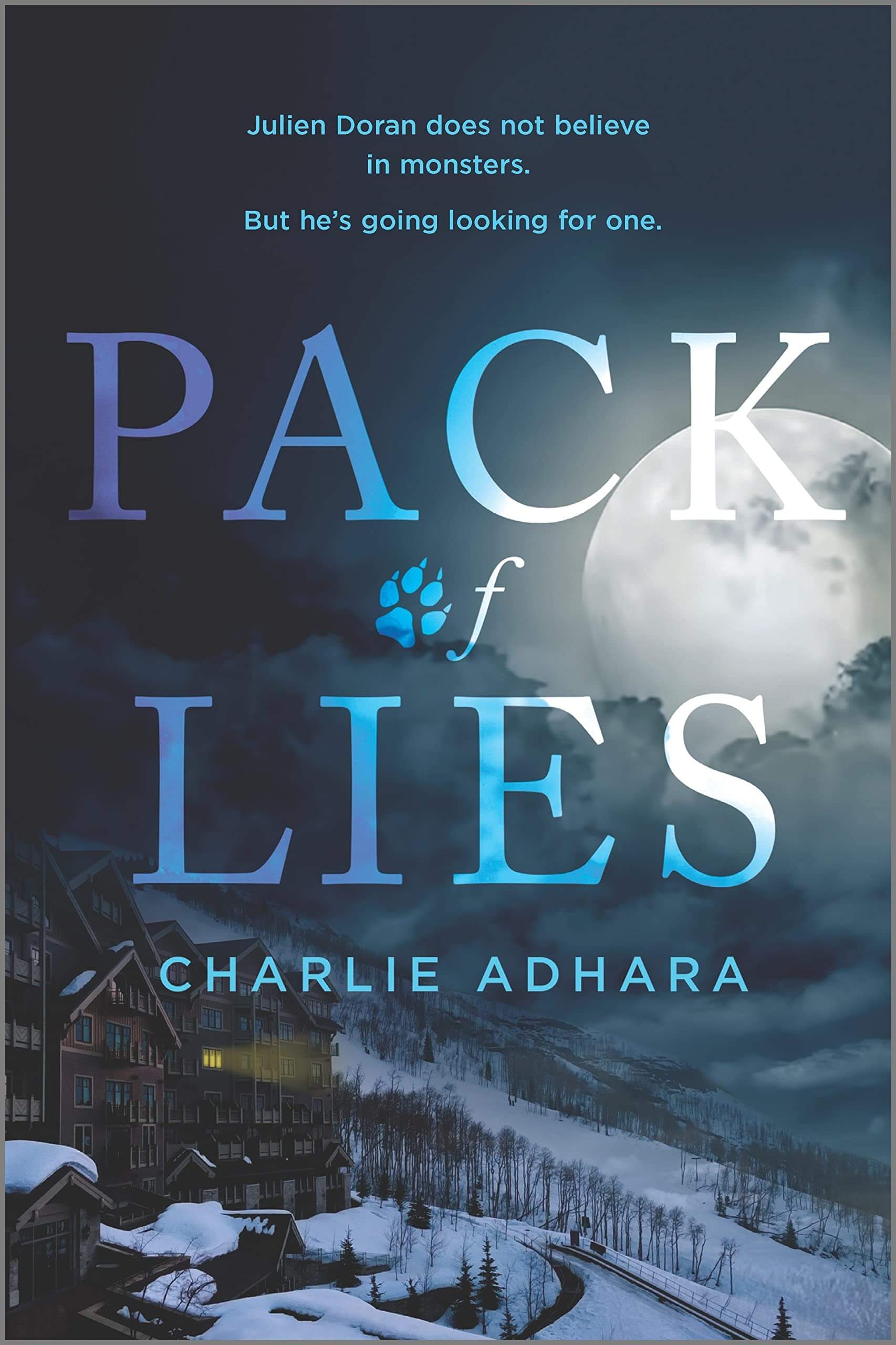 Pack of Lies by Charlie Adhara

When Julien Doran arrived in sleepy Maudit Falls, North Carolina, he wanted nothing but answers to the mystery of his brother’s last days. His investigation of the small town reveals things they wanted to keep long buried. Everything seems to be strange about the town, including the magnetic werewolf manager of a deserted retreat, Eli Smith. Eli might be a lot of things, but responsible was never truly one of them until he became the manager for a haven of rebel pack runaways. This he wants to take seriously, which means ignoring the brooding gaze of Julien, who keeps getting closer to his investigation and to Eli. 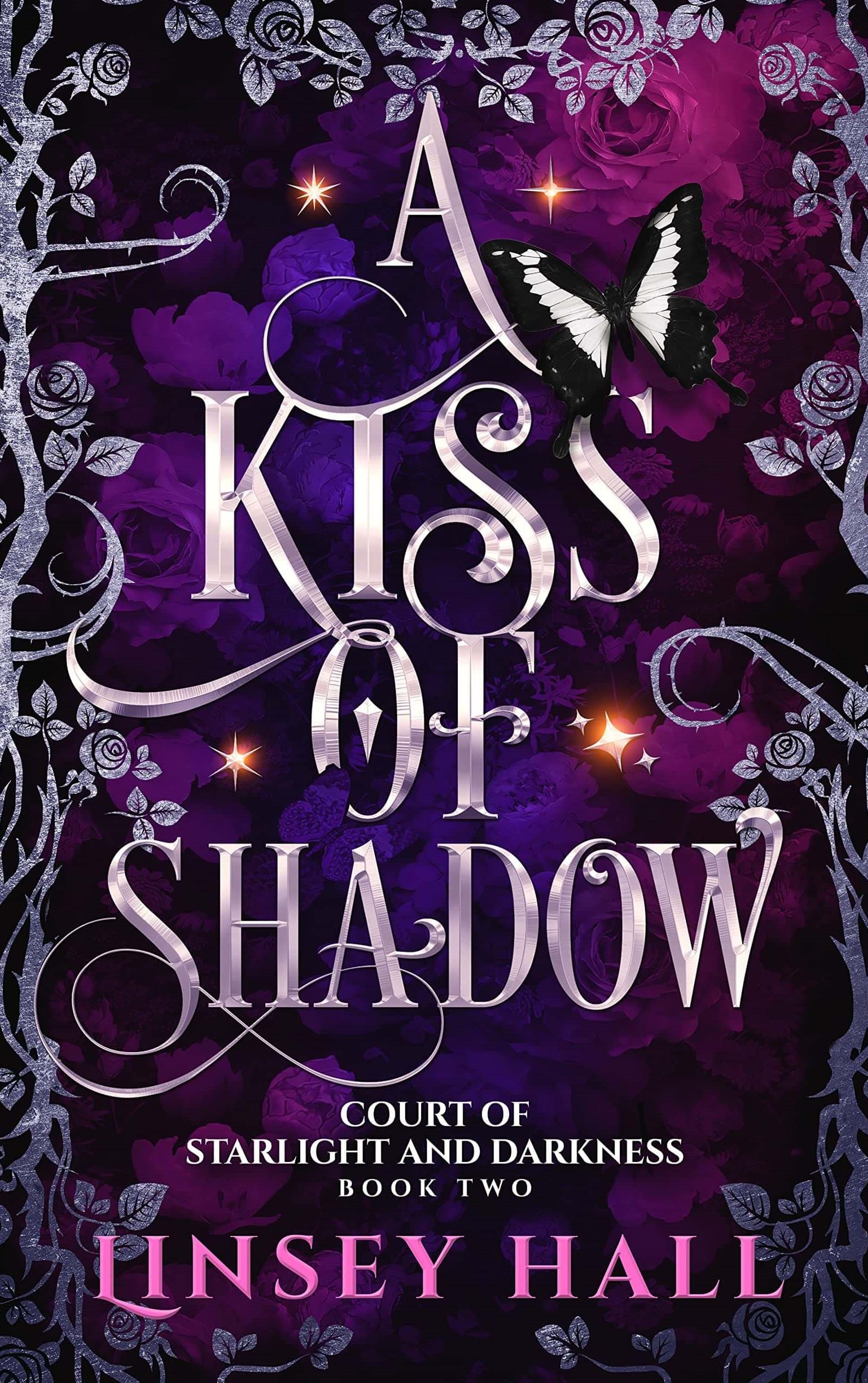 A Kiss of Shadow by Linsey Hall

As Sia’s coronation draws closer, things are becoming more and more dangerous in the kingdom. She has agreed to marry King Lore, and while the trust is lacking, the attraction isn’t. And as they travel to the High Court of the Fae for their wedding, someone lurks in the shadows waiting to take the crown from Sia. Revenge can drive anyone mad, and the attempts on Sia’s life intensify. The only way to keep her head literally on her shoulders is to trust the one man who carries too many secrets, Lore. 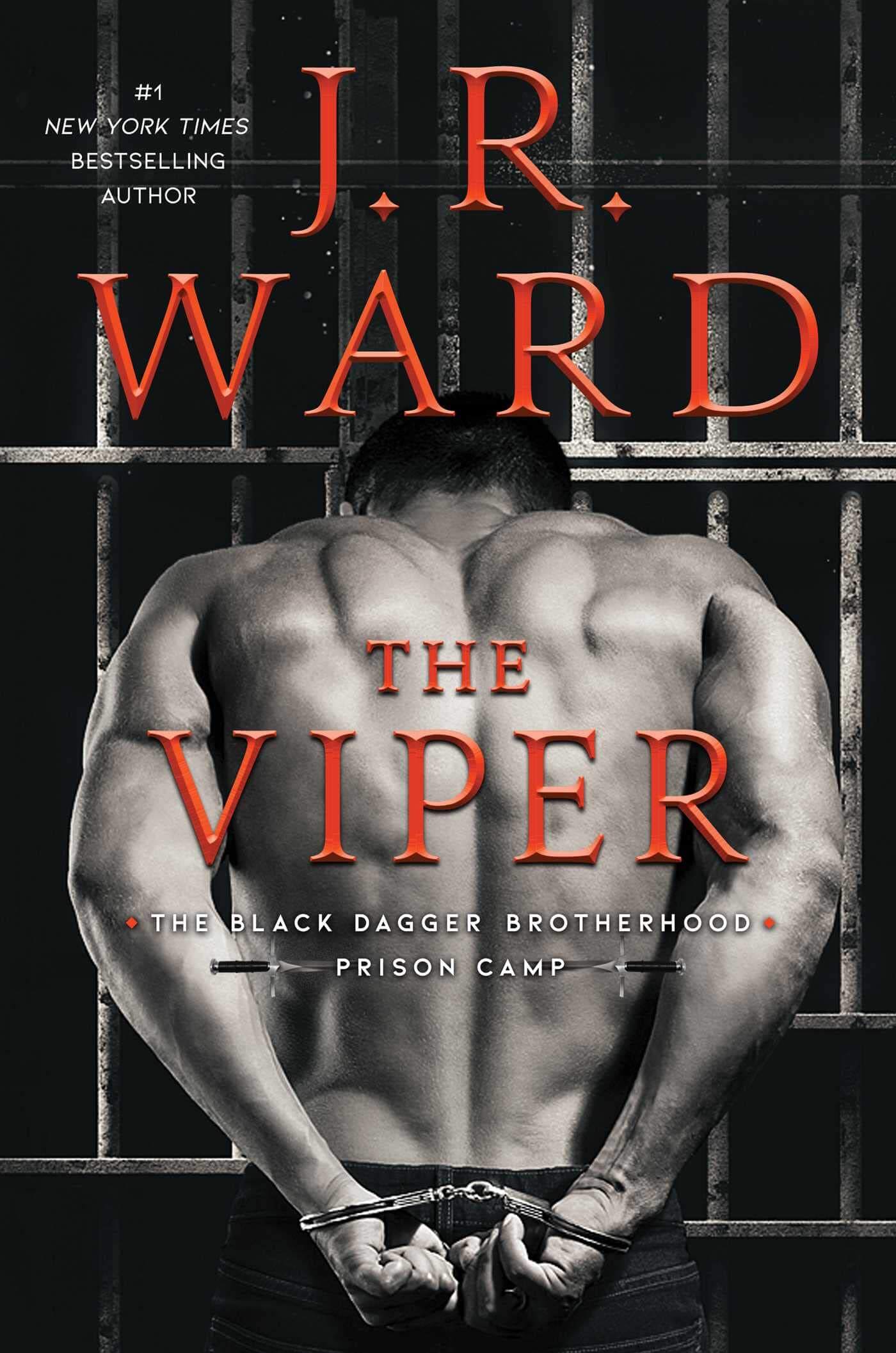 The Viper by J.R. Ward

Vampire Kane’s luck has run out. He was first framed for the murder of his mate, then condemned to a notorious prison camp, blind to the dark truth behind his arranged mating, and later, he is horribly burned after attempting to save others. Nadya, a nurse inside Kane’s prison, begins to look after him knowing his life will soon be gone. When Kane receives the chance to save his life, he’ll attempt to attempt to take Nayda with him, but his luck is letting up and one more spiral on a course collision to his unexpected past. 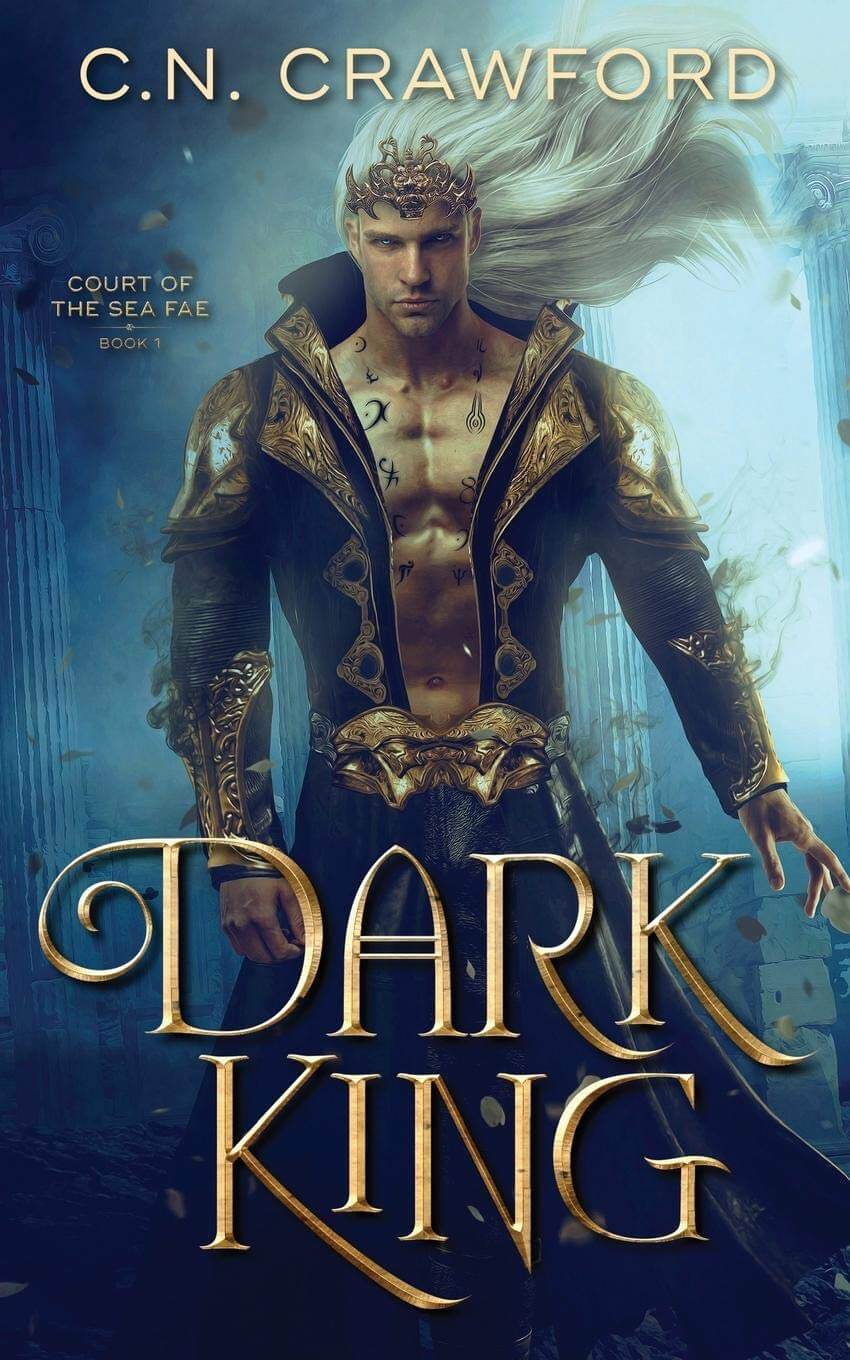 Once a fae princess with sea magic, Aenor is now a haunted supernatural living in the human world with her powers stripped. Since fae aren’t allowed amongst the humans, King Lyr takes her away and throws her into prison. In order to protect her one human friend Gina, Aenor strikes a bargain with the king to help him find a magical knife that has her ancestral powers. What the king isn’t aware of is Aenor wants the knife to restore her powers. But their journey together ignites a fire in their eyes that neither expected and if Aenor gives in, she risks losing not only her heart but her life. 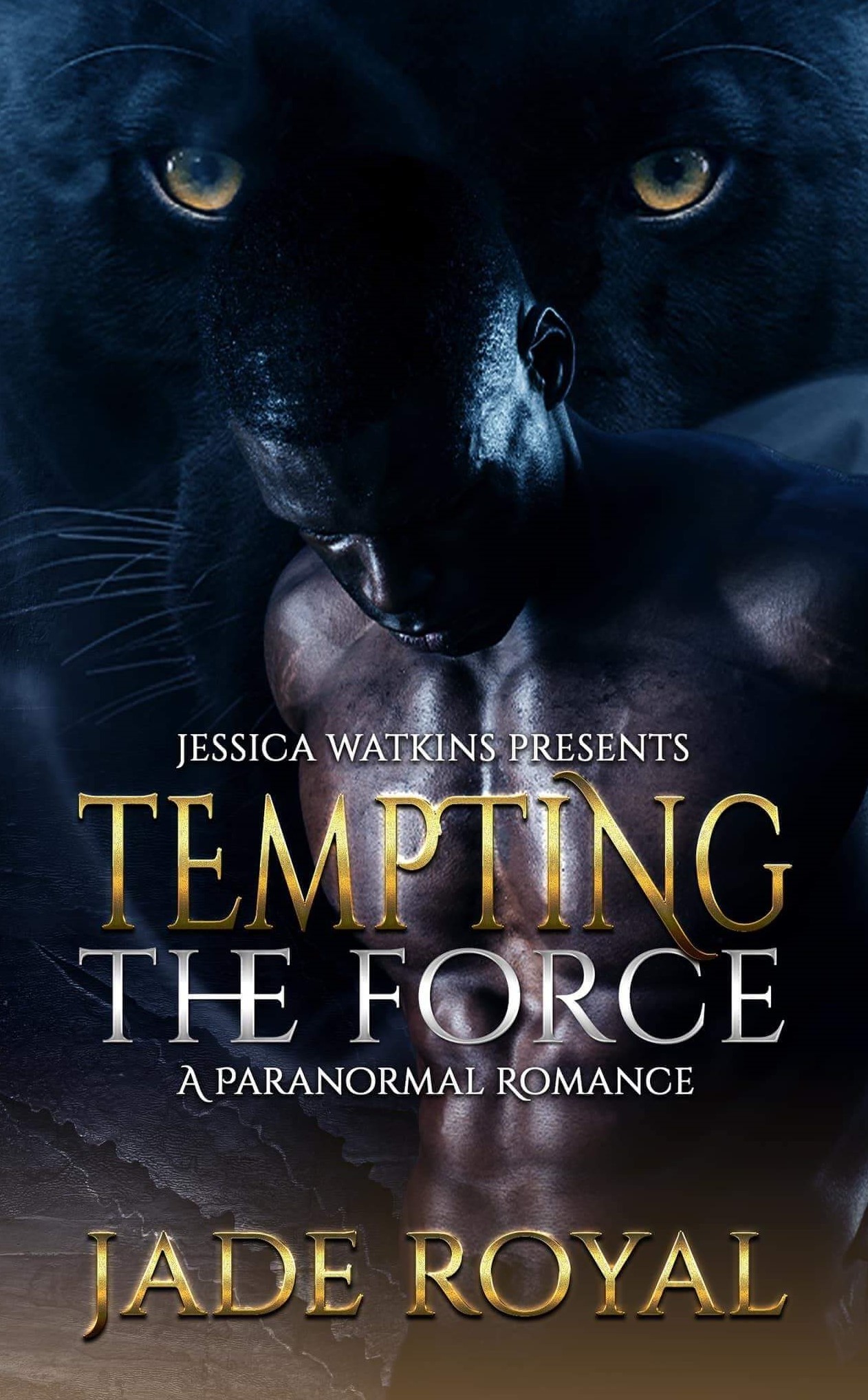 Tempting the Force by Jade Royal

Nox Triton hunts with gruesome intent. He uses his claws to cut down evil and restore justice. With dark eyes and a heart of stone from years of betrayal, Nox believes his life is meant for work and nothing more. Yet fate would deem otherwise, and when he encounters Satin, a witch with an intoxicating scent and beautiful eyes, things begin to stir inside his heart that Nox thought were long dormant. With her own past and secrets buried, Satin starts to wonder if she can let Nox in since he clearly hasn’t let go of his past. Or will her survival instincts kick in and cause her to run from the chance of true love?