The world of wizards, witches, vampires and warlocks often becomes even more enchanting when academies and magical schools are involved. This sub-genre of fantasy transports us to a place complete with magical students, wonder, and a hint of life-threatening danger. Besides, who doesn’t love discovering they have supernatural gifts to use at a new school filled with people like them, all at the same time?

If you’re looking for your next supernatural/fantasy academy to dive into, check out these books that will help scratch that particular itch. 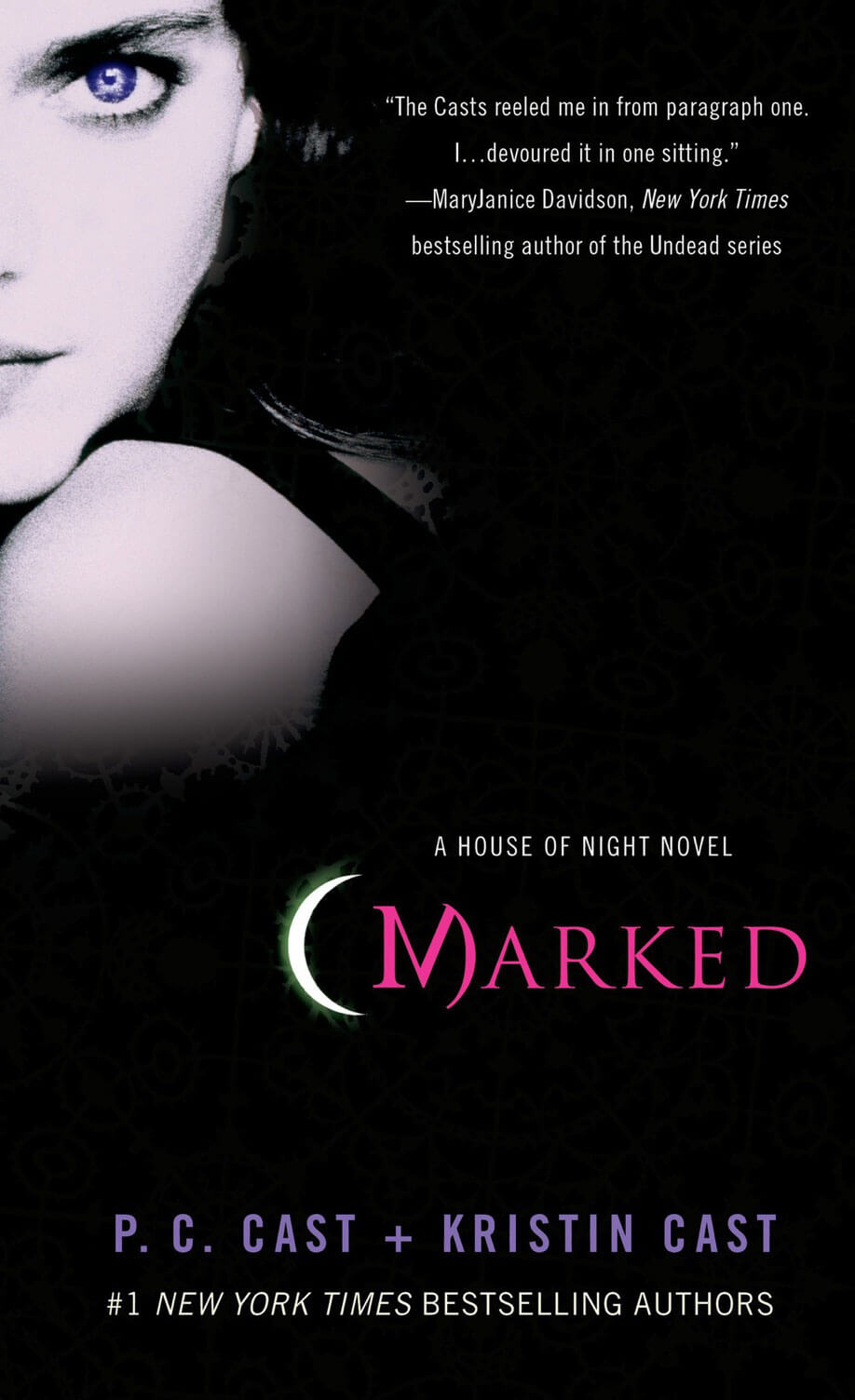 Sixteen-year-old Zoey Redbird goes from being your average teenage girl in one minute to a Vampyre fledgling in the next. She’s now at House of Night, a supernatural boarding school designed to turn baby Vampyres into functioning adults. But once she’s there, she soon learns she isn’t just your average fledgling. The Goddess Nyx has marked her as special and as the one who can control the five natural elements: Air, Fire, Water, Earth and Spirit. Those powers can’t save her from the teenage jealousy she encounters. Another fledgling at House of Nights has powers, but Zoey discovers they aren’t using them for good. Now Zoey needs to find the courage in herself and tap into her powers if she wants to save her new school from the dark enemy that awaits it. 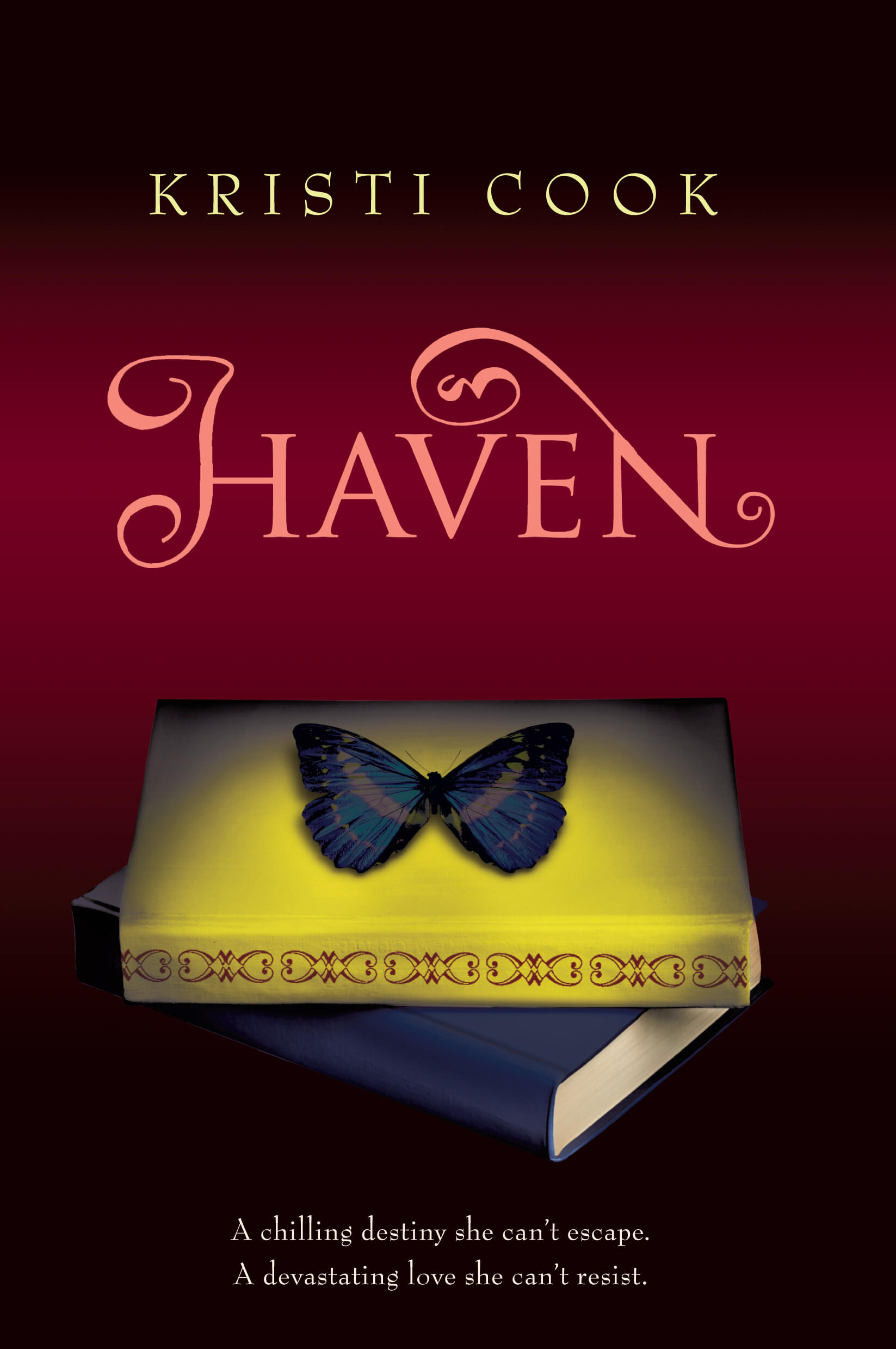 Violet McKenna is not used to sharing her gifts with the world; she had a premonition about her father’s murder, and the results changed her life forever. With him gone, she moves to a new school, Winterhaven, where everyone has a paranormal gift. Quickly Violet finds a group of friends and begins to fit right in with them. One day Violet notices mysterious and aloof Aidan Gray, who can read her mind. She desperately wants to have a normal teenage attraction to him, but the increasing nightmares and visions of her father’s death begin to torment her. The premonitions she’s having reveal to her a secret Aidan keeps close to his chest, but it intertwines them both in more ways than one. 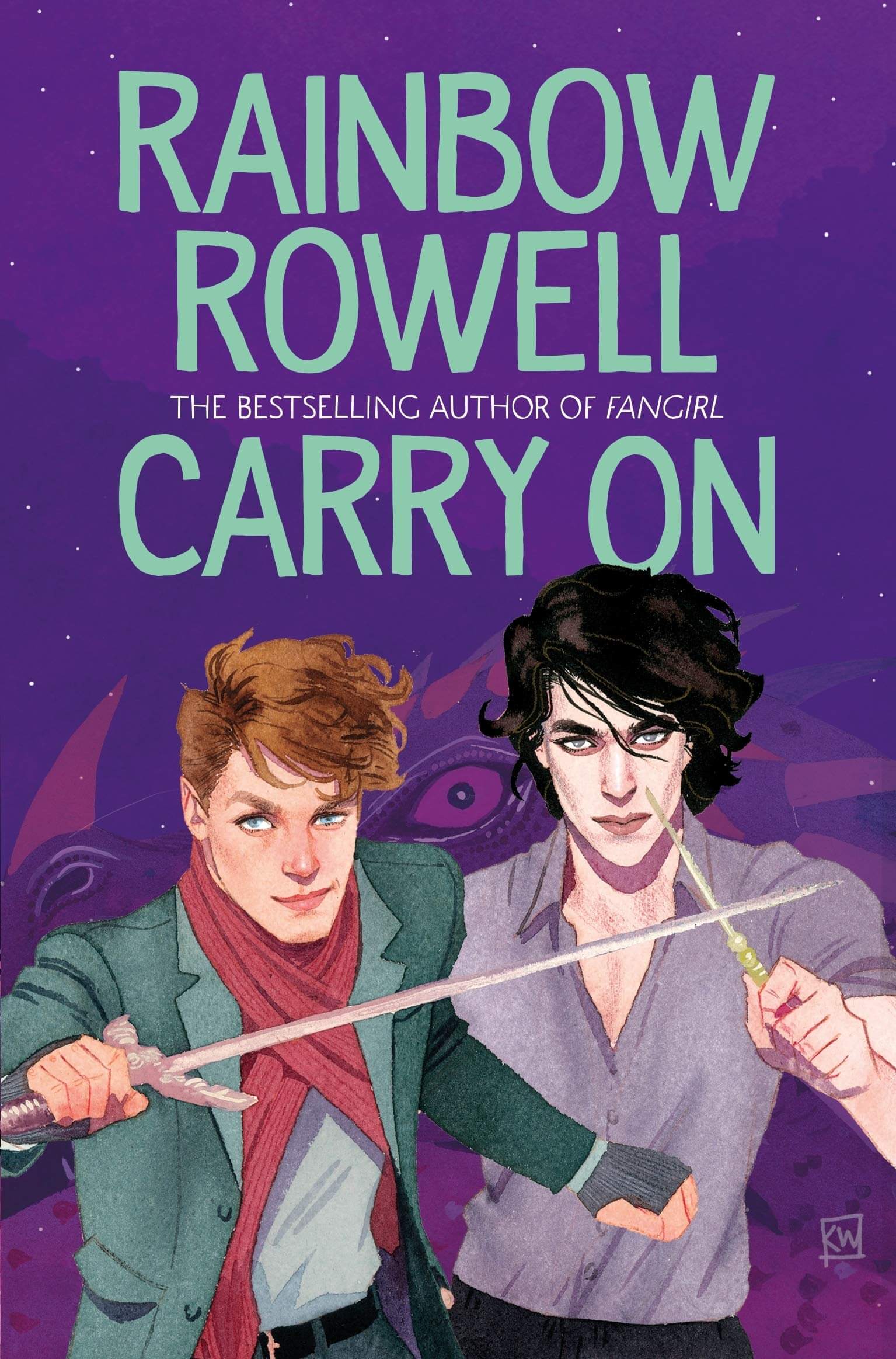 Carry On by Rainbow Rowell

The Chosen One sounds magical and important, and for Simon, it’s an honor. There’s just one problem, he can’t seem to get his wand to work, and there’s a magic-eating monster on the loose. If you include his girlfriend just breaking up with him and his arch-nemesis, Baz, as his new roommate, then Simon might be the worst Chosen One to exist, or so Baz would have him believe. At the Watford School of Magicks, Simon tries desperately to not ruin his status or destiny as the Chosen One. He just must keep the fires he starts to a minimum, and figure out what happened to his annoying roommate gone missing. 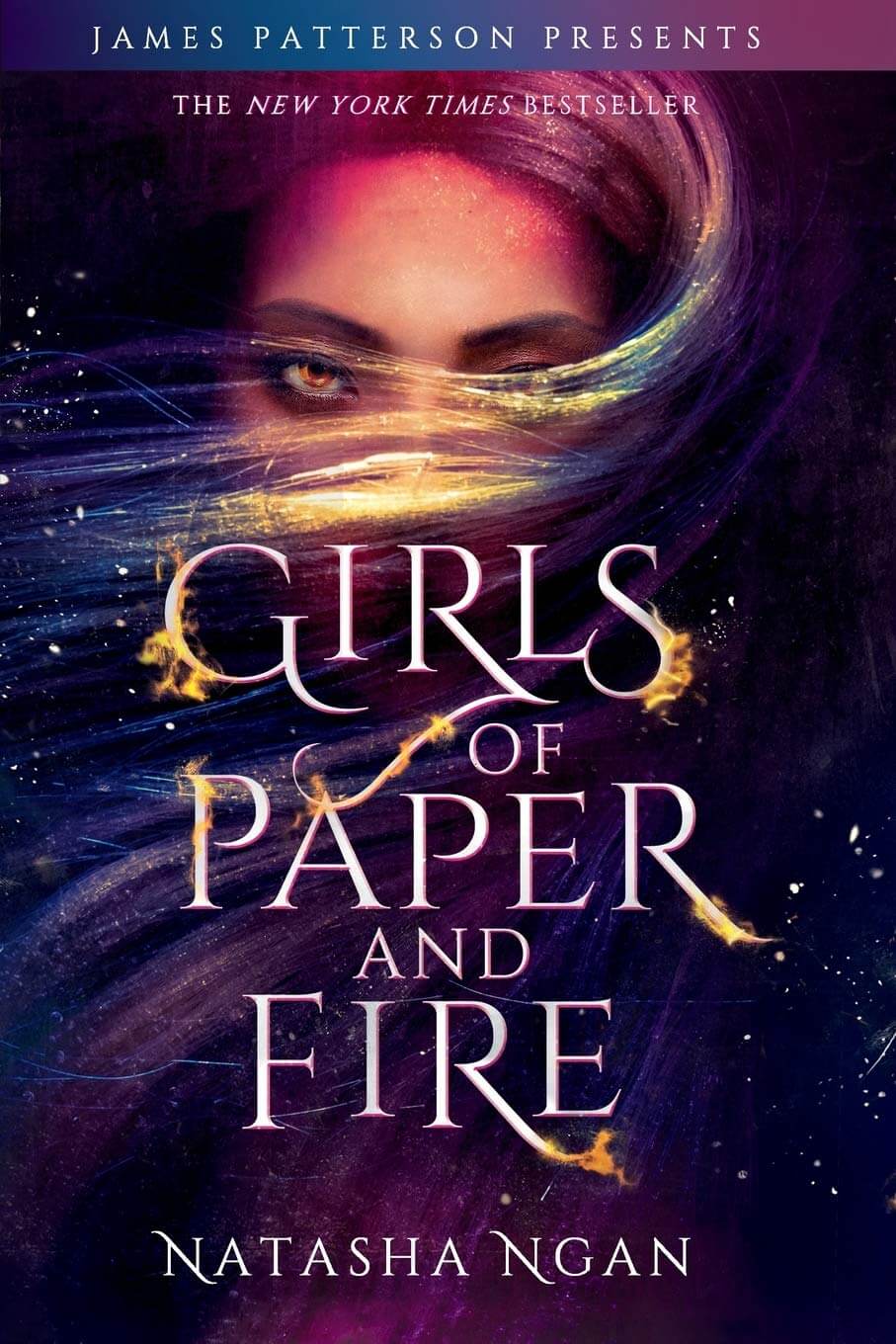 Girls of Paper and Fire by Natasha Ngan

Set in a fantasy world that resembles China, seventeen-year-old Lei with golden eyes gets snatched from her small village and father to become a Paper Girl for the king. Lei agrees, going in with hopes to find her mother, who was once taken away in the same fashion. Now that she’s thrown into this new palace, she learns, trains, and masters the charm that’s befitting a king’s consort. But, during her time there, Lei finds herself falling in love with another girl, and they must keep their budding relationship a secret. And when Lei and the other paper girls become entangled in dangerous plots, she must take a stand and do whatever it takes to save the ones she loves. 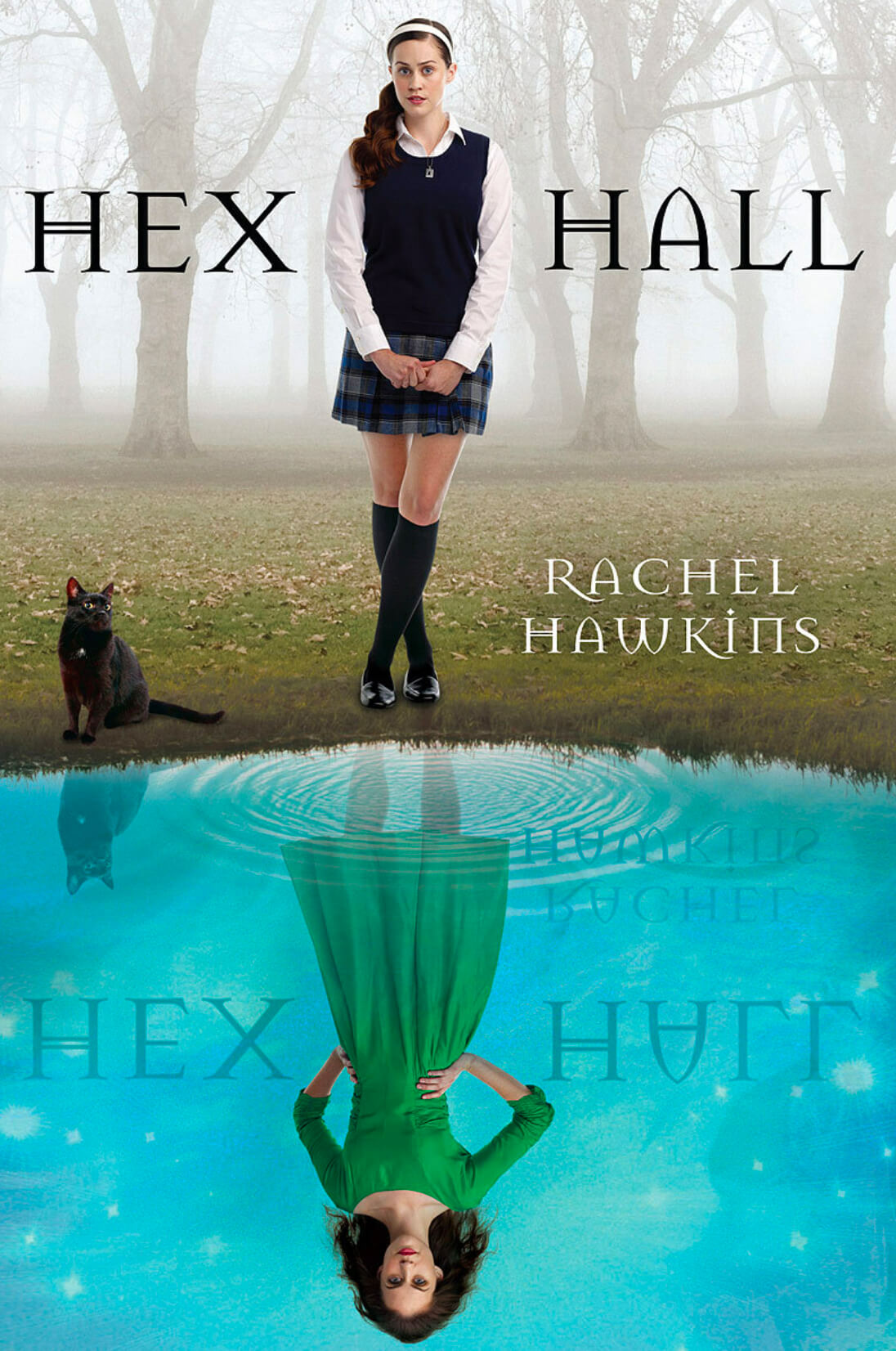 Three years prior, Sophie found out she was a witch. But she lives with her human mother, who only contacts her estranged European warlock father when necessary. Well, lately, Sophie’s gifts are attracting too much attention. Especially on prom night at her human school when she completes a spell that goes wrong. This time her father has had enough, and he sends her to Hex Hall, an isolated reform school filled with witches, fairies and shapeshifters. Here she discovers enemies and friends, including her vampire roommate, who just so happens to be the most hated at Hex Hall. To make matters worse, someone has been attacking students at school, and her only friend is first in the line of suspects. When a series of bloody mysteries unfold, Sophie must prepare for a battle that could destroy her entire school, more specifically her. 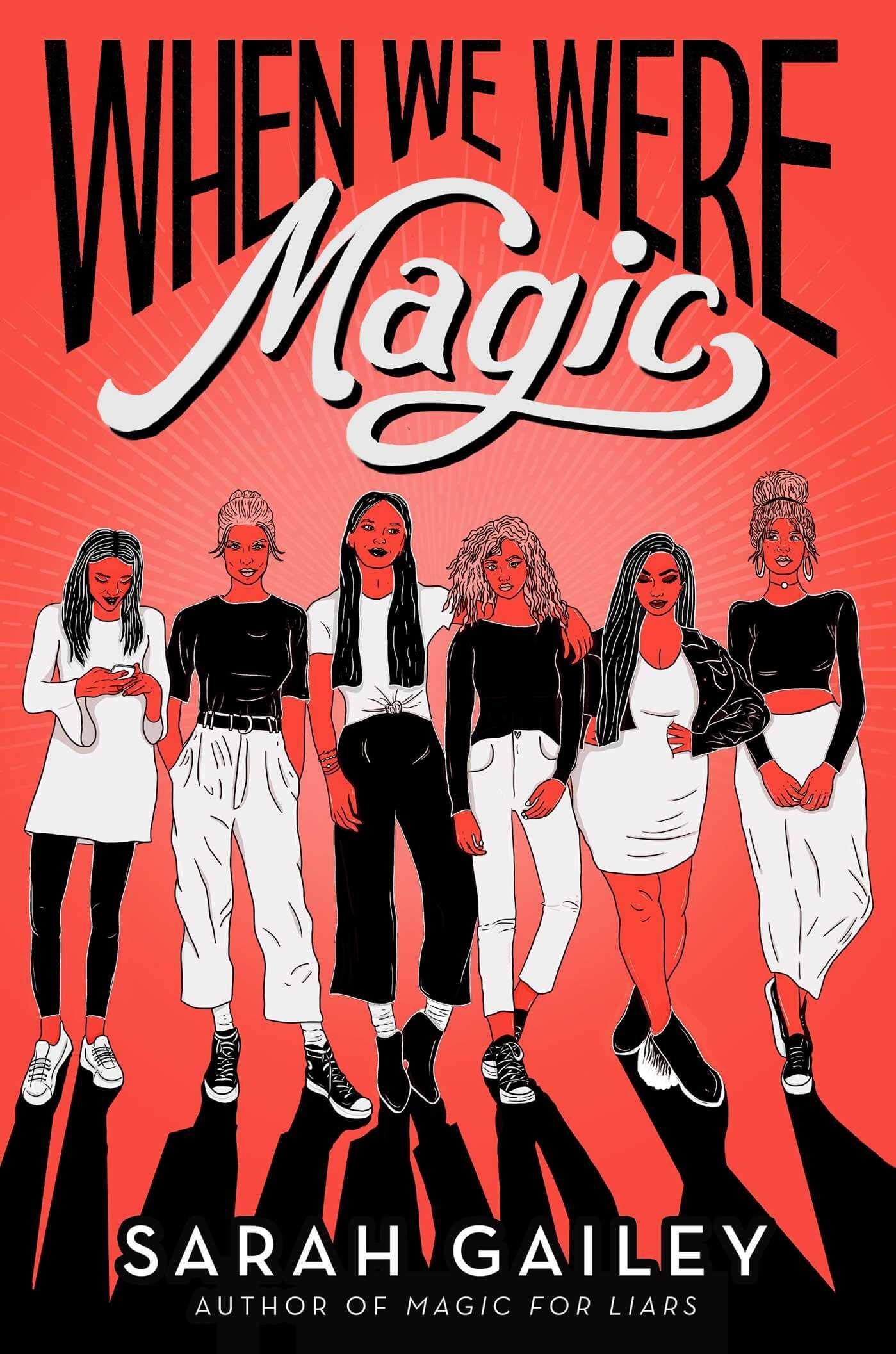 When We Were Magic by Sarah Gailey

Navigating high school is already a task in itself. Add a supernatural high school filled with queer witches, murder, and hidden secrets, and life just got even more difficult for Alexis. When she accidentally kills a fellow student, Josh Harper, on prom night, she must rely on her friends to help her get through it. In order to right her wrong, Alexis and her friends Paulie, Roya, Iris, Marcelina, and Maryam, cast a spell only to be left with pieces of Josh’s body parts. The group divides up his parts agreeing to discard them one by one. Yet once each piece of Josh gets disposed of, a piece of them follows, putting their friendships and relationships to the ultimate test. 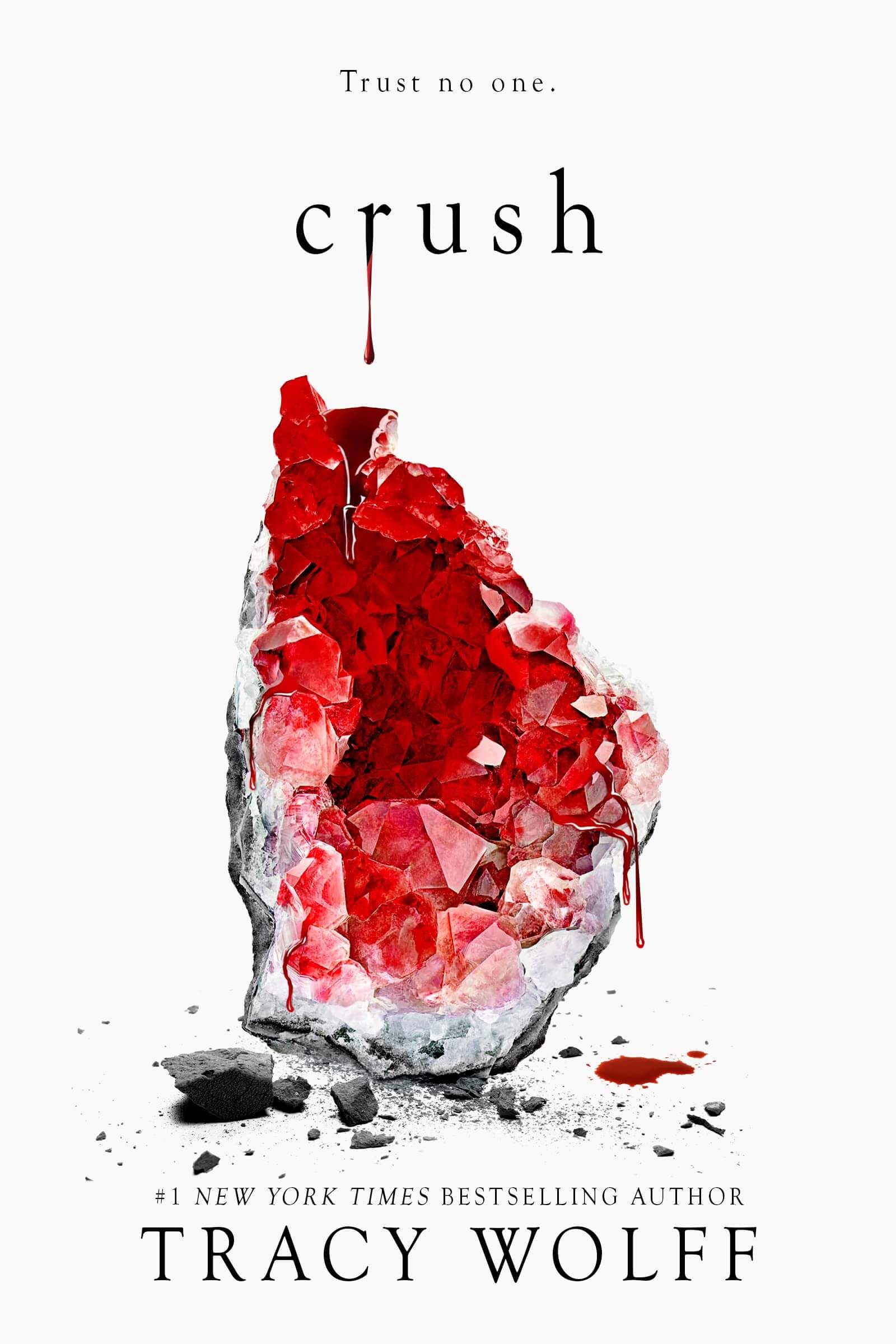 In book 2 of the Crave series, Grace returns to Katmere Academy after being thawed off from her time as a frozen statue. As she attempts to regain her bearings and get things back to normal, she’s still feeling unusual and weird. Things are different, and she struggles to remember fragments of memory that she cannot recall. Before she can take the time to figure out who or what she is, Hudson returns with a vengeance that is strong, out to get her. Grace is torn between her relationships, friendships, and enemies. One thing is clear: Xhe cannot leave Katmere, or death will follow her, putting everyone she knows and loves at risk. 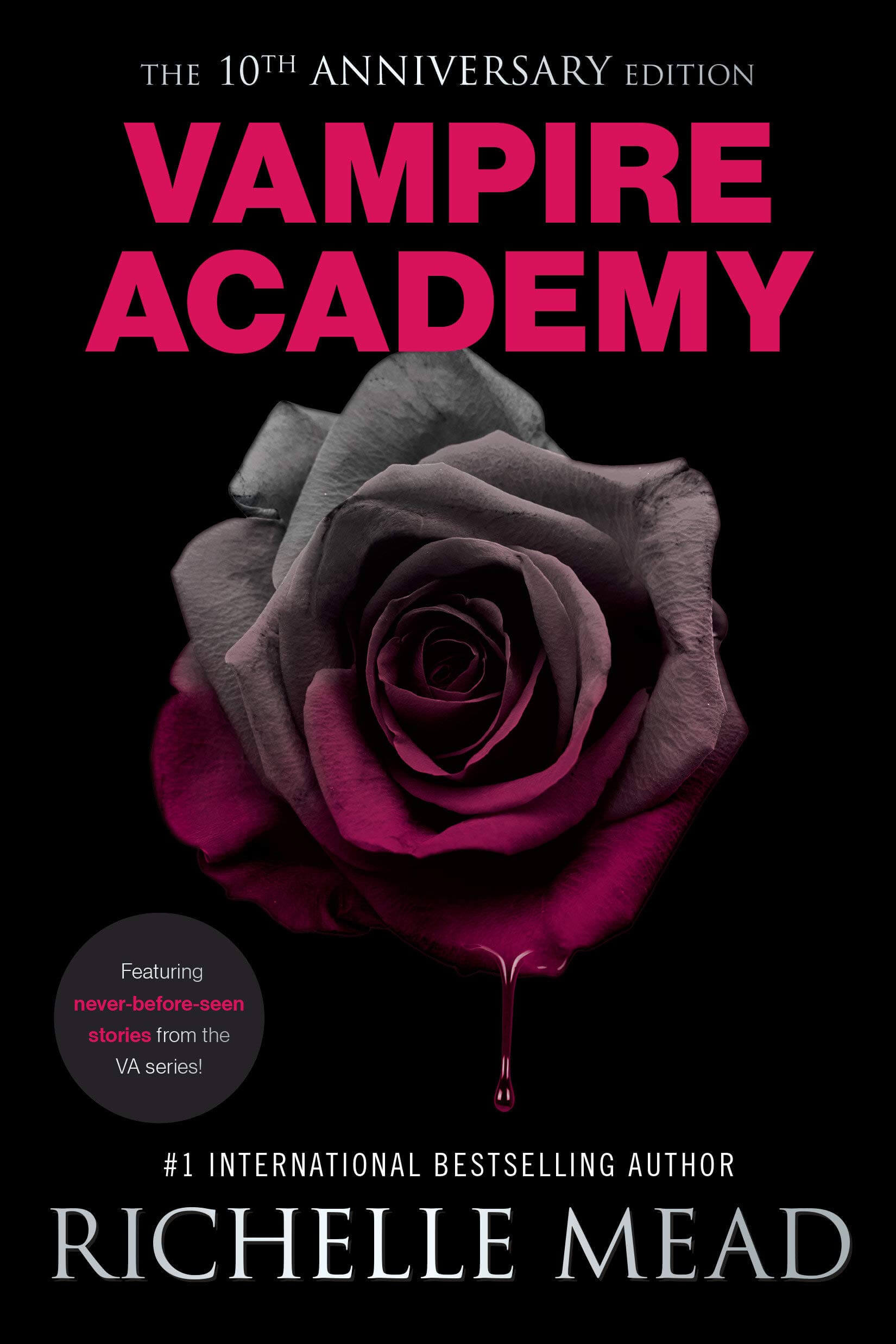 Half dead, half not, the vampires at St. Vladimir’s Academy tend to vary in their life forms. Take Lissa Dragomir; she’s a mortal vampire and a Moroi Princess who harnesses the Earth’s magic, while her best friend Rose Hathaway is mixed with human and vampire blood. Princess Lissa needs protection from the Strigoi, powerful vampires who can never die. Lissa and Rose haven’t been at school for two years, so when they get dragged back to the academy filled with vampire royalty and their guardians-to-be, Lissa’s life is even more in danger, as Strigoi are close by and their goal is to make her one of them forever. This 10th-anniversary edition brings new meaning to the characters and Lissa’s world. 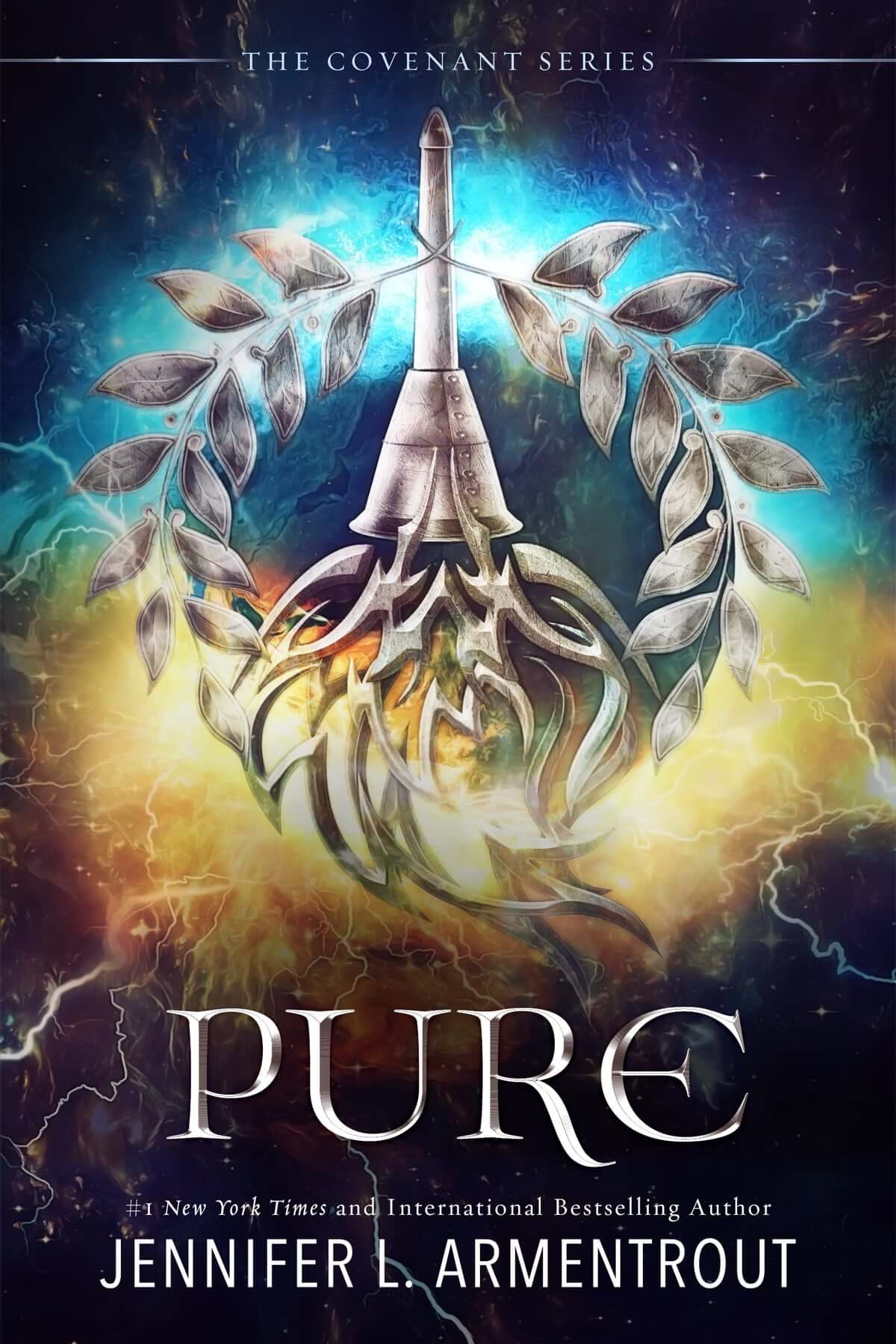 Destined to be a supernatural electrical outlet, Alexandria recently gained a gift that she isn’t too excited to have. If you add in the fact that school is now in session and Alex must train constantly with Aiden, who recently broke her heart, and Seth, her time and energy get consumed. As she tries to navigate her life at a magical school, she must still cope with the struggle and loss of her mother and the budding love triangle she inevitably finds herself in once Aiden returns, wanting to be with her. When their enemies, the daimons, arrive at the covenant and begin attacking students, Alex gets called upon by the gods to step in and save them all. 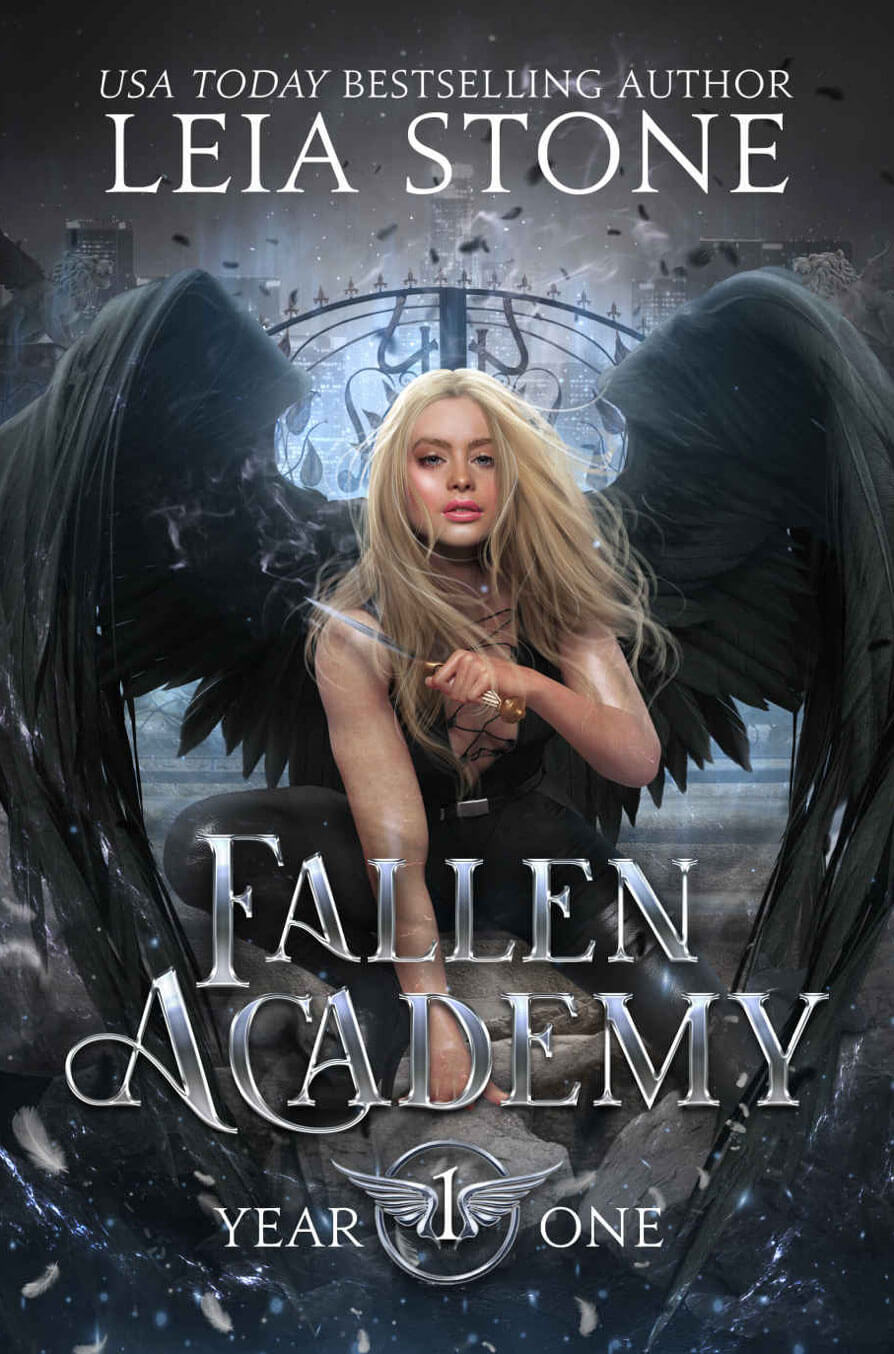 Angel and demons are at war on Earth. The combined powers during the aftermath affected humanity like no other. Humans are not fated to be angels blessed or gifted by demons. For Brielle, her fate is a bit more complicated than that. She’s grown black wings, and as an angel blessed celestial, it’s a sign that something has gone wrong. Headed to Fallen Academy, an elite school in Angel City, she’ll do what she can to prove herself an Angel. But when the entire school gets thrown into chaos and the demon Abrus shows up claiming to reveal Brielle’s secret, she’s convinced that she truly is cursed.