USA Today best-selling author Sara Ackerman writes books about love and life, and all of their messy and beautiful imperfections. She believes that the light is just as important as the dark, and that the world is in need of uplifting and heartwarming stories.

Born and raised in Hawaii, she sees no end to its untapped stories, as seen with her past books Island of Sweet Pies and Soldiers, The Lieutenant’s Nurse, and Red Sky Over Hawaii. Enter her July 2021 novel Radar Girls. This is an extraordinary story inspired by the real Women’s Air Raid Defense, where an unlikely recruit and her sisters-in-arms forge their place in WWII history. It offers a unique slant on Hawaii in the immediate aftermath of the attack on Pearl Harbor; a powerful story about a little-known piece of women’s history with compassion and an unforgettable cast of characters.

Daisy Wilder prefers the company of horses to people, bare feet and salt water to high heels and society parties. Then, in the dizzying aftermath of the attack on Pearl Harbor, Daisy enlists in a top secret program, replacing male soldiers in a war zone for the first time. Under fear of imminent invasion, the WARDs guide pilots into blacked-out airstrips and track unidentified planes across Pacific skies. But not everyone thinks the women are up to the job, and the new recruits must rise above their differences and work side by side despite the resistance and heartache they meet along the way. With America’s future on the line, Daisy is determined to prove herself worthy. And with the man she’s falling for out on the front lines, she cannot fail. From radar towers on remote mountaintops to flooded bomb shelters, she’ll need her new team when the stakes are highest. Because the most important battles are fought — and won — together.

This inspiring and uplifting tale of pioneering, unsung heroines vividly transports the reader to wartime Hawaii, where one woman’s call to duty leads her to find courage, strength and sisterhood.

SheReads talked with Sara Ackerman about the surprises she unveiled in her research, and what readers can expect from her next. 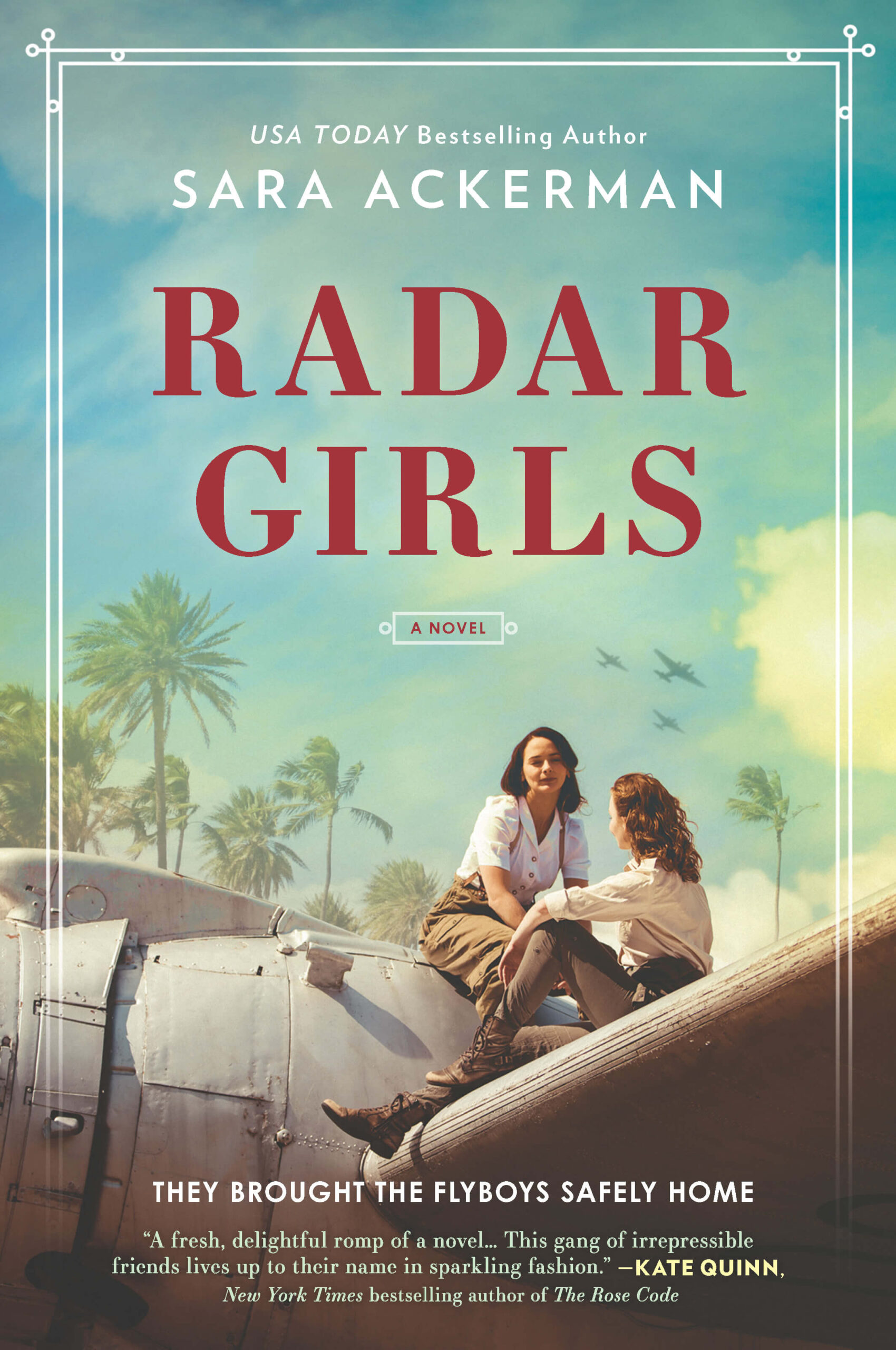 Besides the revelation that there was this seemingly unrecognized, important secret group of Radar Girls who help bring the soldiers home, what was the most surprising thing you learned while researching for Radar Girls?

One subject I hardly knew anything about was Radio Tokyo, the Japanese propaganda radio in WWII that used English speaking women to broadcast programs aimed at allied forces spread around the world. The programs were designed to demoralize, but they also ended up entertaining the lonely and heartsick men. These women also read letters from POWs to their families back home over the airwaves. Over time, the American servicemen began referring to the announcers by one name: Tokyo Rose. I was fascinated by the story and managed to work it into Radar Girls.

What about your prior books?

The biggest surprise for me in Red Sky Over Hawaii was the internment of Germans in Hawai’i immediately following the attack on Pearl Harbor. One story in particular tugged at my heartstrings. The parents were taken in by FBI agents, and the two young daughters were left to fend for themselves. I’d heard about the Japanese being rounded up, of course, but not the Germans. This was part of the basis for my novel.

While researching for The Lieutenant’s Nurse, I was surprised to find out how much we knew in advance about a possible invasion/attack on Hawai’i. Also, I became intrigued with an article about mysterious radio signals picked up on the Matson steamship Lurline as she sailed from California to Hawai’i just before the attack on Pearl Harbor. Upon landing in Honolulu on December 3d, a full report was submitted to naval intelligence. But no one knows what happened to the report. These are the kinds of things that help make a story, and they usually turn up unexpectedly when I’m not even sure what I’m looking for. It makes for fun writing!

In your research, did you come across any Women’s Air Raid Defense (WARD) members still living?

One woman named Betty Ballentyne, but unfortunately I was unable to speak with her. From my understanding, most have passed away. If anyone knows one that is still living, please let me know.

Were the characters inspired by specific real-life WARD women, or just the events and actions they endured?

The characters were drawn from my imagination and blended with some of the real women who I read about in Shuffleboard Pilots: The History of the Women’s Air Raid Defense in Hawaii, 1941-1945. It was extremely moving to learn about the sacrifices they made and how they held each other up throughout the whole war. Those were not easy times, and they rose to the occasion and then some. They also maintained a great sense of humor, which I suspect helped them through. I knew I wanted to use their stories, but also to create my own characters. Which is exactly what happened. I truly love these ladies!

With your books having such strong themes of women involved in the armed forces, do you think you would’ve been involved in a similar way in a different life?

Good question. No one has asked me that before. While writing each novel, I felt myself strongly identifying with these women. So yes, I think I certainly would have done what they did, whether it be to bake homemade pies and give the marines a taste of home, or treat the wounded at Pearl Harbor if I’d been a nurse. I also know that I would certainly have jumped in to help my neighbors if their families had been torn apart during the internment. And lastly, I would have been extremely honored to be selected as a WARD.

What can readers expect from your next novel? Any working ideas yet?

I just finished my first draft of a dual timeline novel that I’m calling The Last Plane to Honolulu. Titles often changes, so that may not be the final title. In a nutshell, here’s what the book is about:

1943 A brilliant female codebreaker comes to Hawaii, working on cracking the Japanese code to help win the war that took her brother’s life.

1965 A young journalist returns home from San Francisco to cover the grand opening of the Mauna Kea Beach Hotel, Lawrence Rockefeller’s newest project and the most expensive hotel ever built.

The two women’s lives are stitched together by a handsome pilot, a fateful message, and a mysterious disappearance at the hotel that raises questions about what really happened along this coastline 20 years ago during the war.