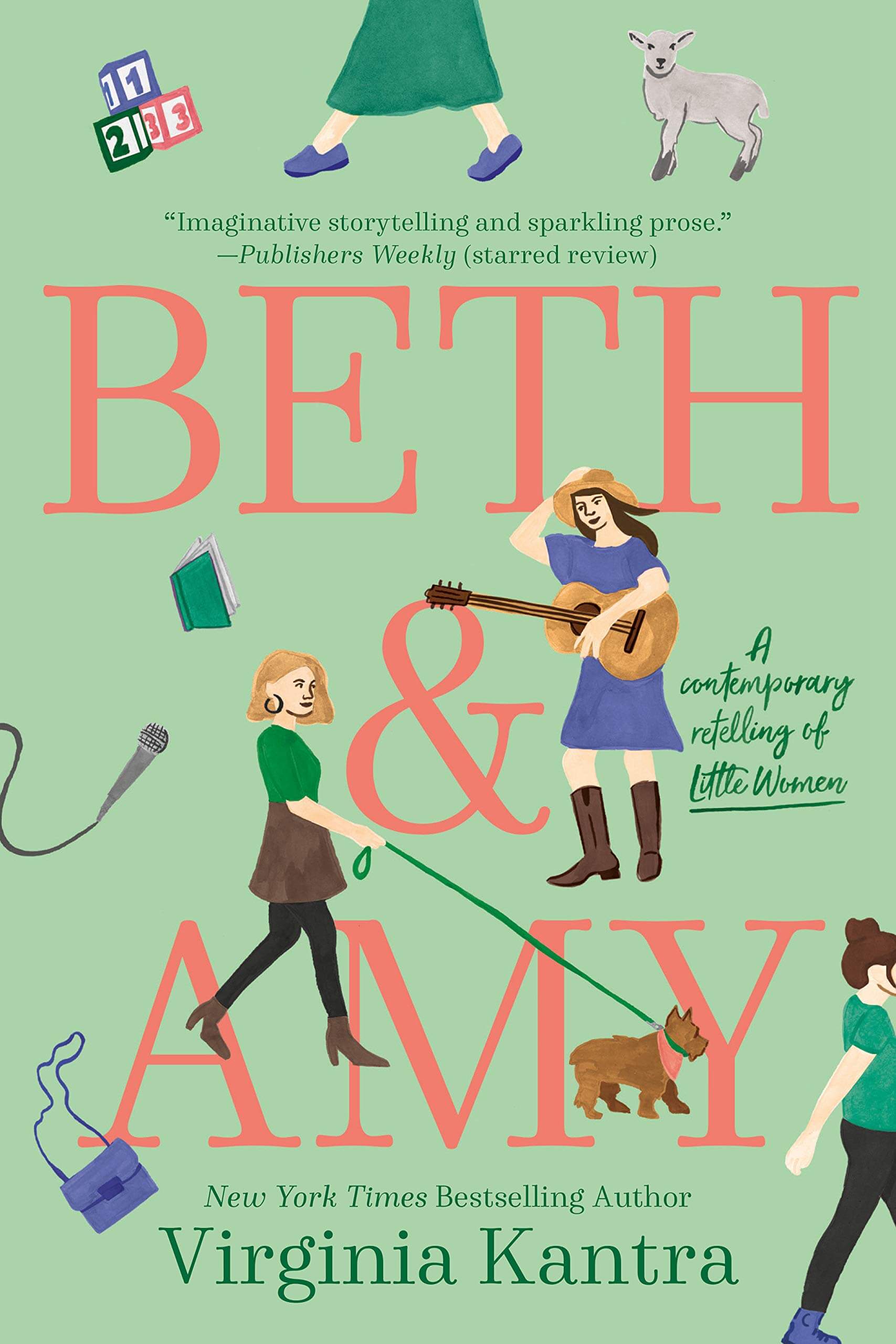 In 2019, New York Times best-selling author Virginia Kantra charmed readers everywhere with Meg & Jo, her modern retelling of Little Women—and now readers everywhere are eager to get their hands on part two of the March sisters’ story, in the much-anticipated sequel, Beth & Amy. Kantra’s portrayal of the well-known March sisters not only gives a refreshing look at a beloved classic, but the relatable characters offer a mirror for young women today, and the decisions they face.

In Beth & Amy, a wedding is on the horizon, and each of the March sisters are approaching the upcoming family reunion with different feelings and decidedly different goals. Amy has been thriving in New York at her job as a fashion designer, and Beth is stepping way out of her comfort zone to tour with country superstar Colt Henderson. Both see their older sister Jo’s wedding as an opportunity to fix things in their own lives and the March family as a whole, but what is waiting for them on the other side may change things for all four sisters forever.

Read on for Virginia Kantra’s bucket list of the modern retellings of female characters she’d like to see.

He’s young, poor, idealistic and ambitious. He uses his brain and his sword, and his friends are cool. I would love to see a gender-flipped version of this coming-of-age story! And while I understand that D’Artagnan can’t keep all his (her?) youthful ideals, I’d like to see a slightly less cynical ending.

I fell in love with the illustration for this story before I could even read: Hades, plunging into the earth with his dark horses, while Persephone weeps and scatters flowers. I mean, wow. It’s such a great mother/daughter story, too. I’d love to read a retelling where Persephone takes a more active role, where she chooses her role between the worlds for a reason instead of simply absently eating some pomegranate seeds and getting stuck in hell for a few months every year.

Obviously, I’m into coming-of-age stories with interesting mother/daughter dynamics. The crone who takes Rapunzel and locks her in the tower is both a protective mother and a controlling witch. It would be fun to see that relationship play out in a contemporary context. Also, this whole singing-in-the-window-waiting-to-be-rescued thing is old.

I’m part of the Me Too movement. I get that this is a really problematic story line. (I highly recommend Jean Rhys’s Wide Sargasso Sea, a feminist, postcolonial retelling from the point of view of the mad wife in the attic.) It makes modern sense to cast Rochester as a villain. But Charlotte Bronte clearly saw him as a tragic romantic hero in need of redemption. I’d love to see a retelling where Jane has agency that also embraces this wild, passionate romance between apparent unequals.

Beatrice and Hero, Much Ado About Nothing by William Shakespeare

Beatrice is one of my favorite Shakespeare characters. Her bantering romance with Benedick? Amazing. But when her gentler cousin, Hero, is falsely accused of sleeping around by her fiancé, even Beatrice’s passionate wit and staunch loyalty can’t protect her. I’d love to see their story reimagined in a modern context—and to see Hero kick her so-called lover to the curb.